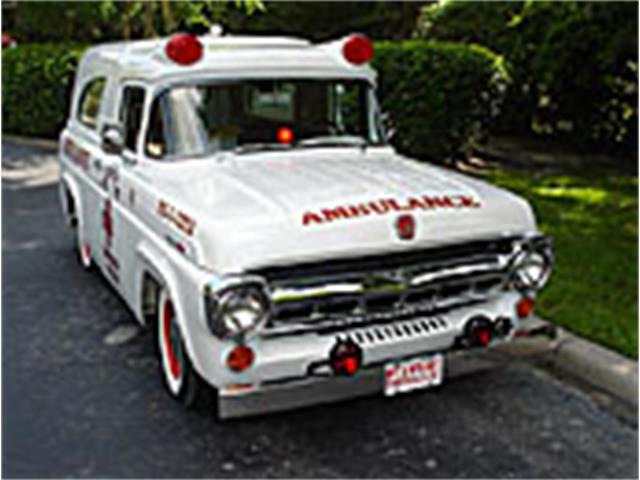 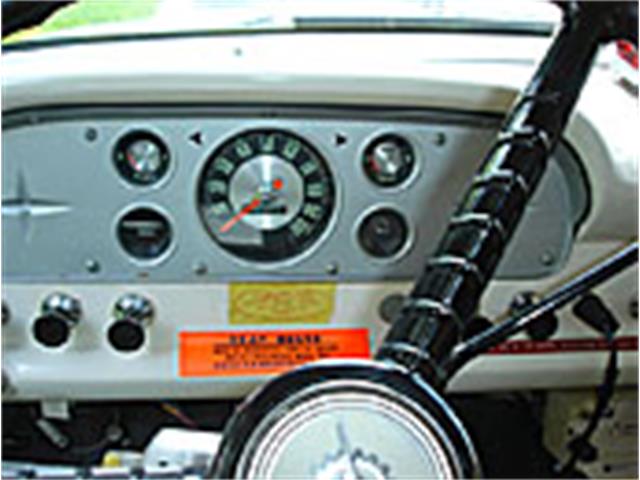 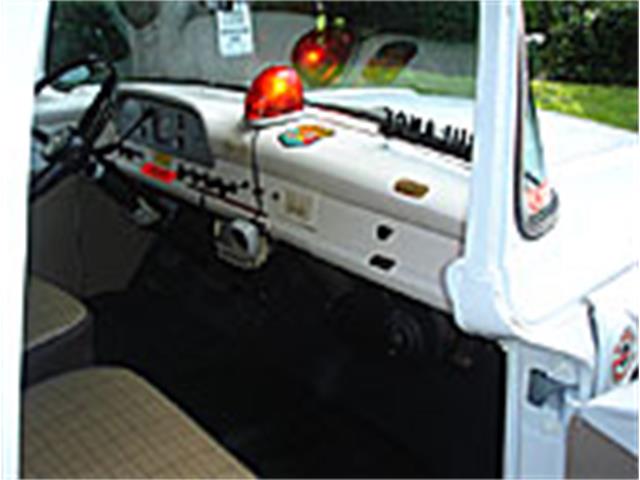 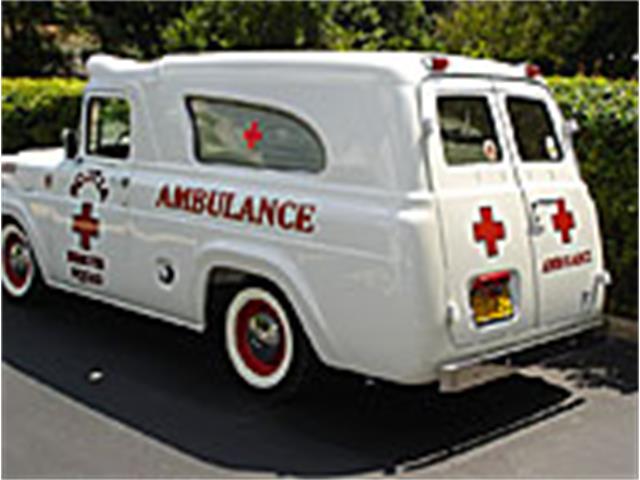 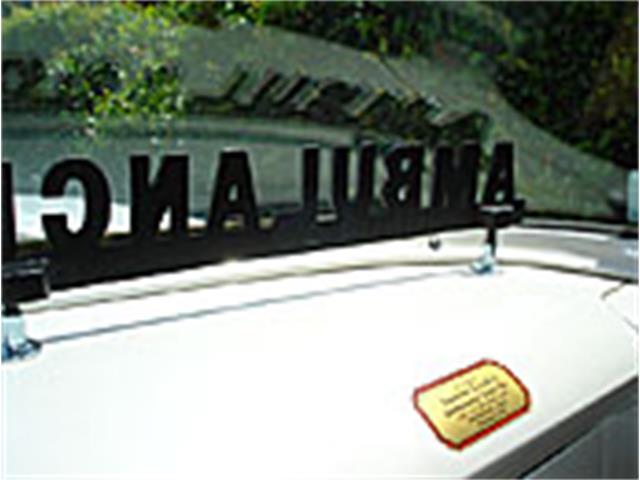 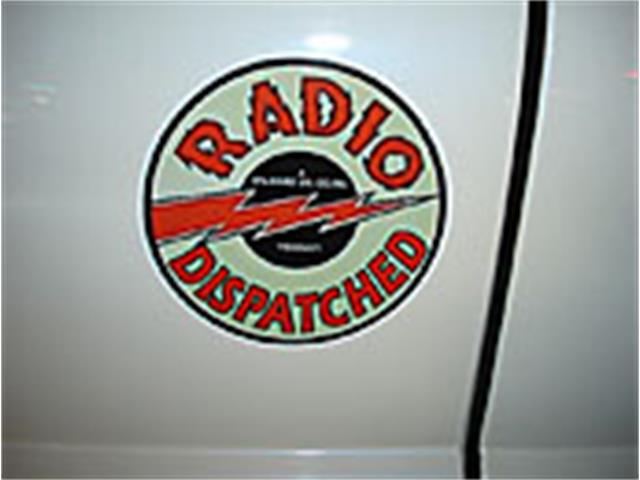 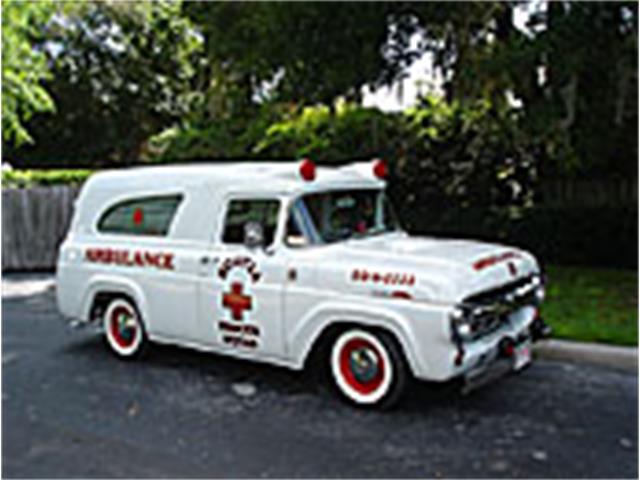 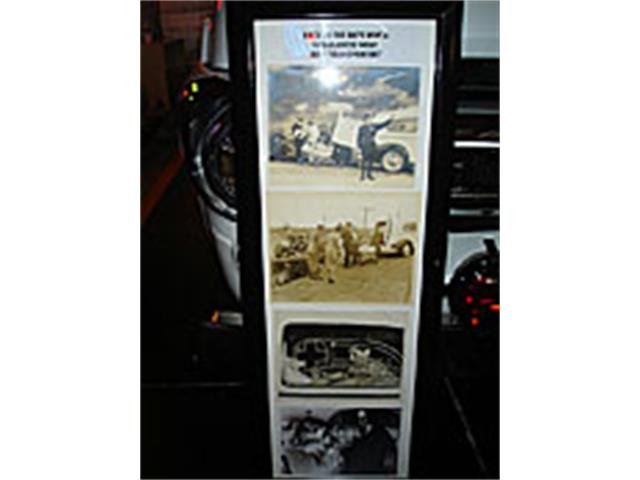 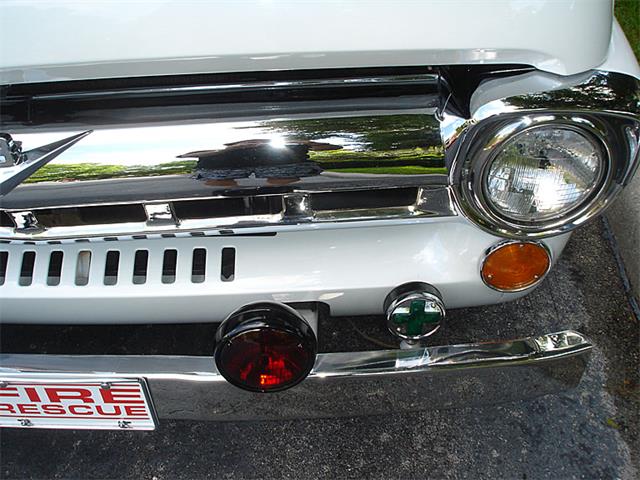 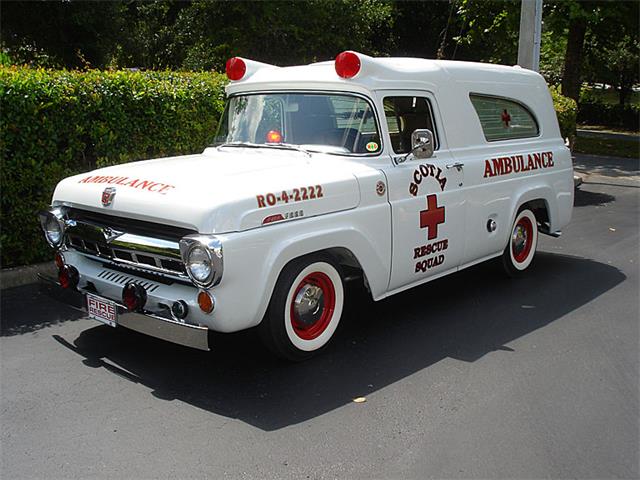 SOLD-SOLD-SOLD               ONE OF THE MOST PREMIUM ORIGINAL COACHES EVER FOUND.
What we have here is a true 9,300 mile, 57 year-old Emergency vehicle and it is in like-new condition. It, in fact, could be the lowest mileage Panel Delivery Chassis out there. The 2nd owner acquired it from the PALCO Corporation when they went Bankrupt  in 2000, and gave the Ambulance a kind, minimally needed frame-off restoration with it's first- paint-over-original,  slightly lowering the suspension. The vehicle is complete with  photo's, documentation, it's original Siren, Lights & Gurney, Medical Cabinets, Gurney lockdown Bar, Overhead Stretcher Bars, and some Emergency Gear.  We have since restored it further adding some Period correct items. After contacting several of the nation's Oldest Ford Dealers we have now uncovered this Coach was originally factory fit with the V.I.N. &Title Proven 272 "K" Code 'Medium Duty' OHV V8 ( not the typical 'Light-Duty' V8 normally installed in '57 Ford F-100 Trucks on this chassis).  We have replaced the m.i.a. Radio Communication System with a period correct, 2-way Motorola Radio, Mic & Speaker ("Roger Adam 12, Roger that"), plus period correct Emergency items, including Flare Kit, Oxygen Tanks, Revolving Dash Light and even a Crash Dummy (first used by Ford in 1955).  It carries Original paperwork history with the vehicle verification + the original WATER-SLIDE Decal fixed to the dash from the Superior Dealer w/ 2+5 digit phone number who sold it new.... (see pix of Superior factory ad showing this U.S. dealer)  "For Service ~ Superior Coach & Ambulance Sales Co. 1540 Old Bayshore Hwy. Burlingame, CA. DiamonThis Ambulance is fit with period-correct , Oval Shaped, Superior Brand Lighting and Metal Emergency 'Tunnel Lights' direct from the Superior Manufacturing Plant (highly unlikely Superior would allow another Coach Builder to use it's products or, that another manufacturer would use theirs). Even the unique Stimsonite tail lamps were factory fit , moved from the usual position behind the doors, to the top of the Coach allowing the sequential Flashing lights to be seen when the doors were in the 'open' position. The Panel Van Top is custom-designed in metal as a 'Hi-Top", allowing extra headroom for patients and attendant. The Custom , factory fit, Side-glass Cross (originally etched in Silver & Goldleaf) framed in custom-made fiberglass frames and Cabinetry do not 'exactly' match ANY original brochures of ANY other of these folks we have found. Yet, this vehicle still has the 'look' and styling of a Superior. We have photographs of this car 'in use' new proving what you see is what we got. It was not altered later during it's life. The Suspension was lowered in 2002 but, the body itself remains exactly the way it was in 1957. The Commercial Diamond Plate F &R Black Bumpers were removed and replaced with Chrome by the 2nd owner and are still available.
The storage cabinets, and floor which are original & in excellent condition (with built-in bench seats for EMS Attendants and any passengers), are constructed in the exact period style. This vehicle was built to function (quote), "dependably engaging, in a limited space and on 'less-then-passable' log-mining roads". Those roads were commonly known to attract the suspension of the traditional Ambulance, like a magnet.....leaving the car stuck or parts left lodged in the dirt. Not exactly desirable in an Emergency "Run". We were told this vehicle would meet "Crummies" (H.D. 4wd Trucks) at "Landings" throughout the sites where the crew would have First Aid Boxes and Stretchers in place, ready to meet the Ambulance with any victims. This vehicle would then make 'the run' to the Hospital or Clinic. It is also entirely possible this very Ambulance carried it's benefactor, Stanwood A Murphy (CEO of Palco), to the Hospital after he succumbed to a heart attack in 1972 at the home of one of Scotia's company employees. . A fascinating history....

What's left of the old PALCO Corporation is now rumored to be selling off the Company lots with Homes on the Scotia hillside...so, it's looking like it might be the End of Pleasantville (or, Forestville) and the loss of yet another chunk of what made America so great.
This Ambulance was the Scotia Fire Department's, and it's next owner's 'proud baby'.
Now she's come to live in our care and ownership at the Mount Dora Museum of Speed.
On display for your enjoyment ~Now SOLD, SORRY. WENT TO EUROPE