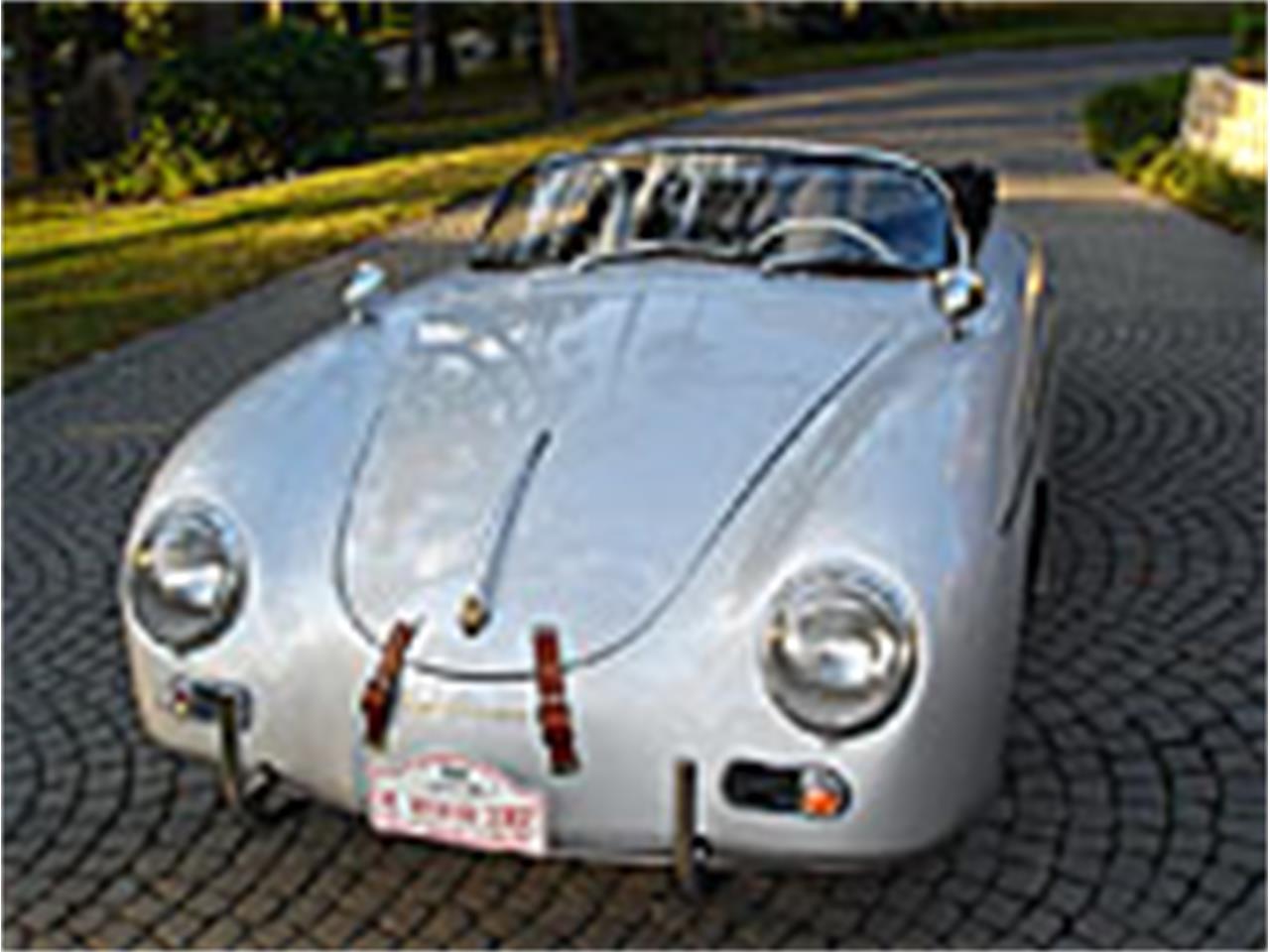 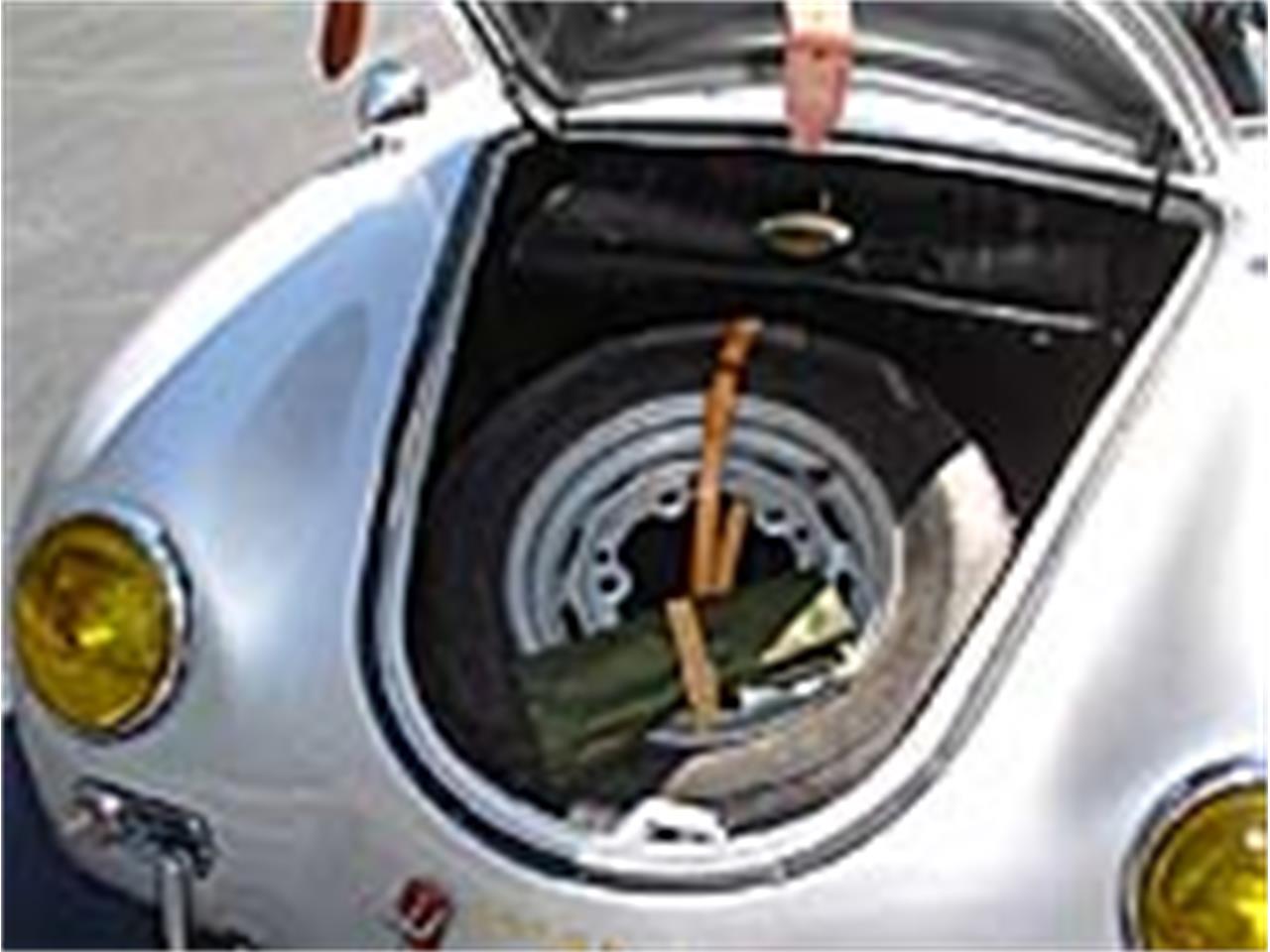 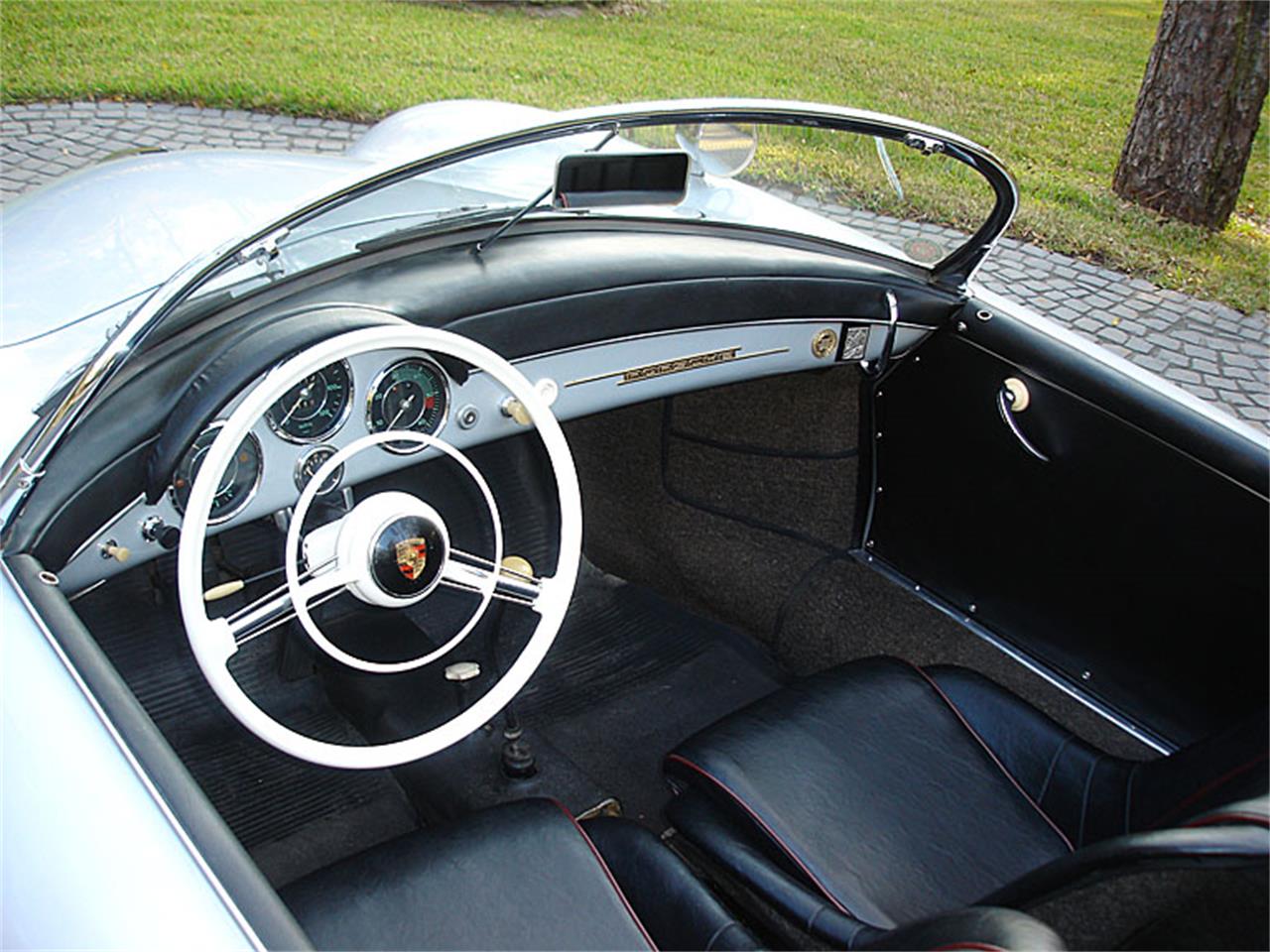 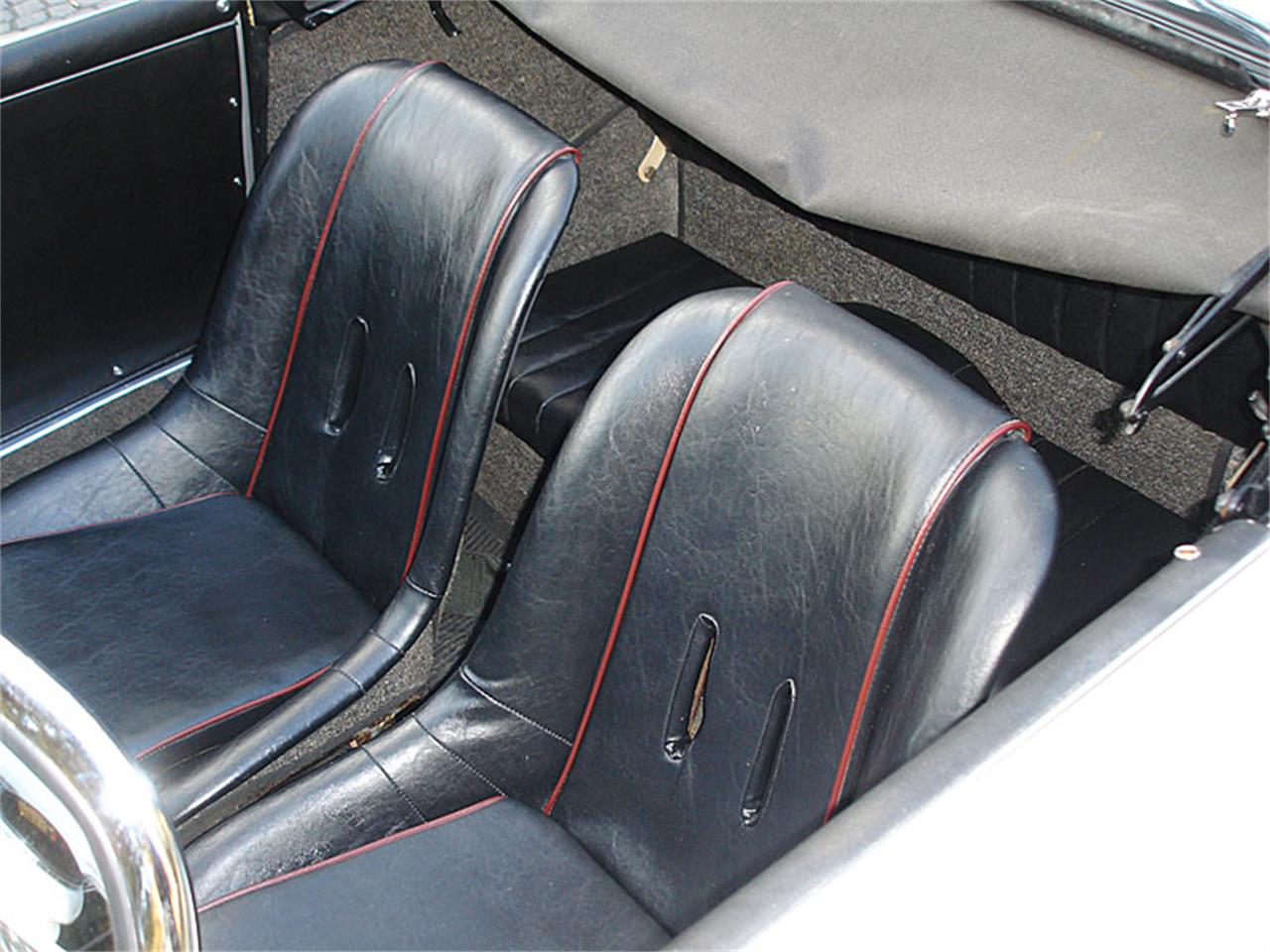 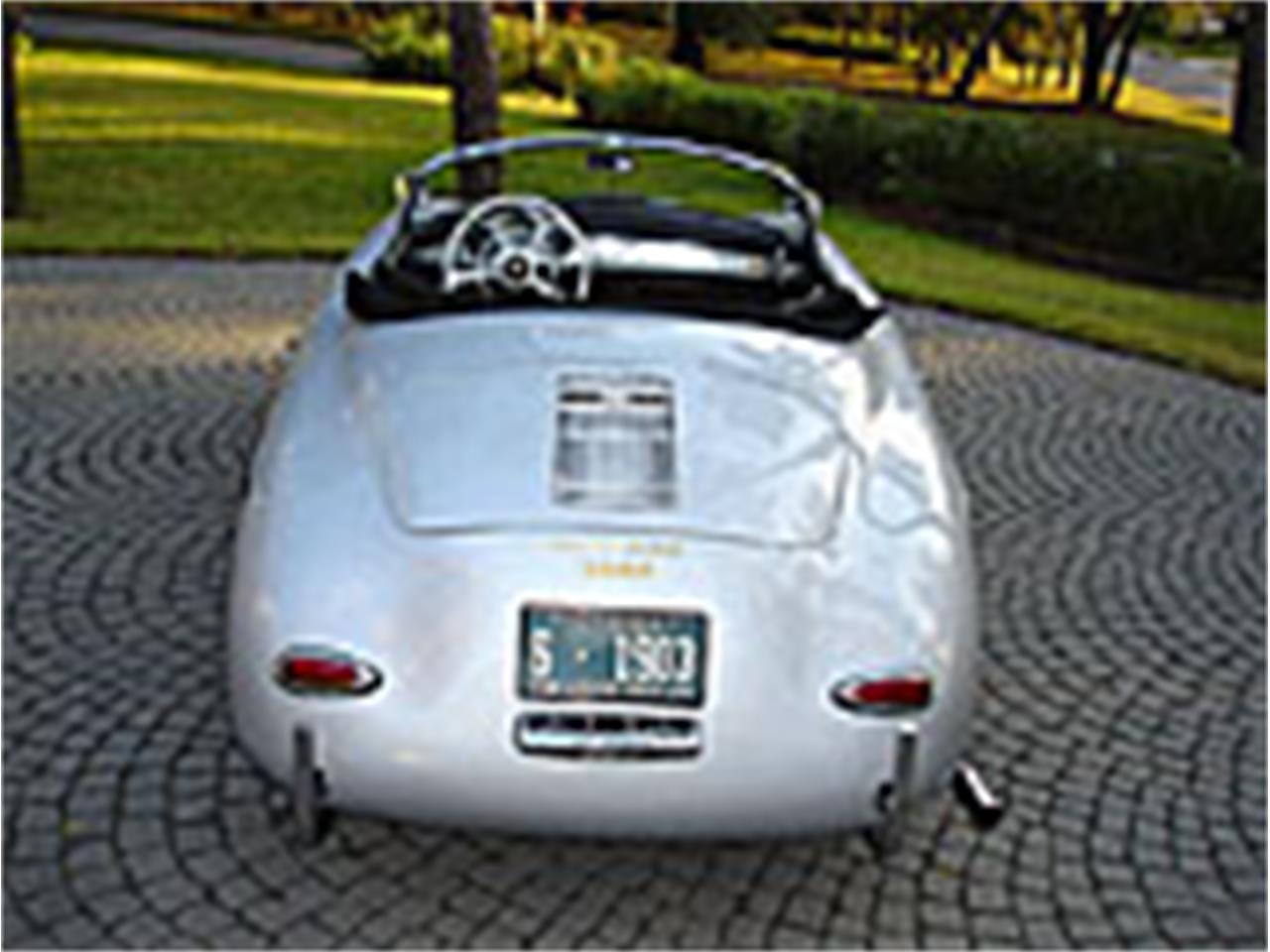 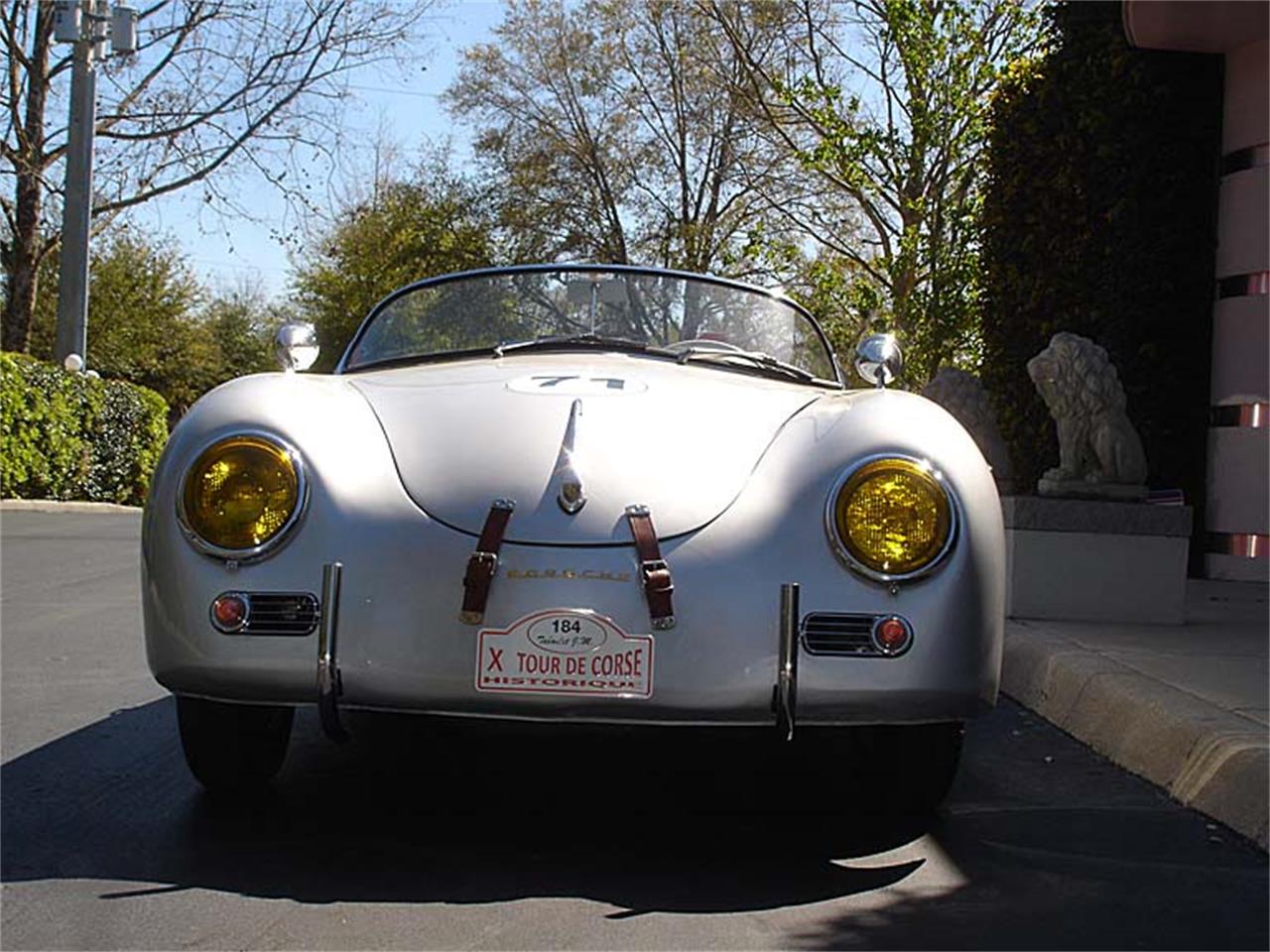 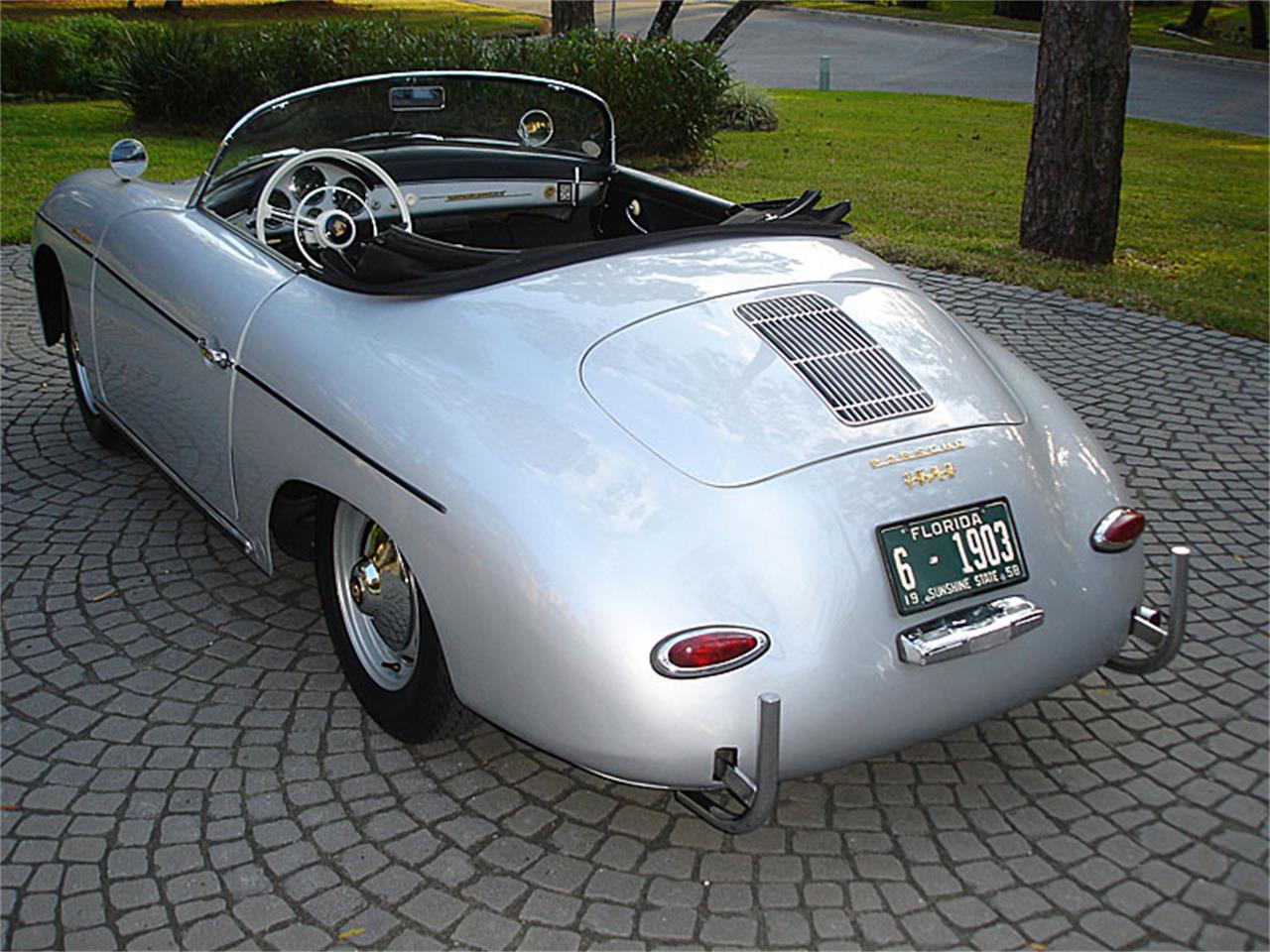 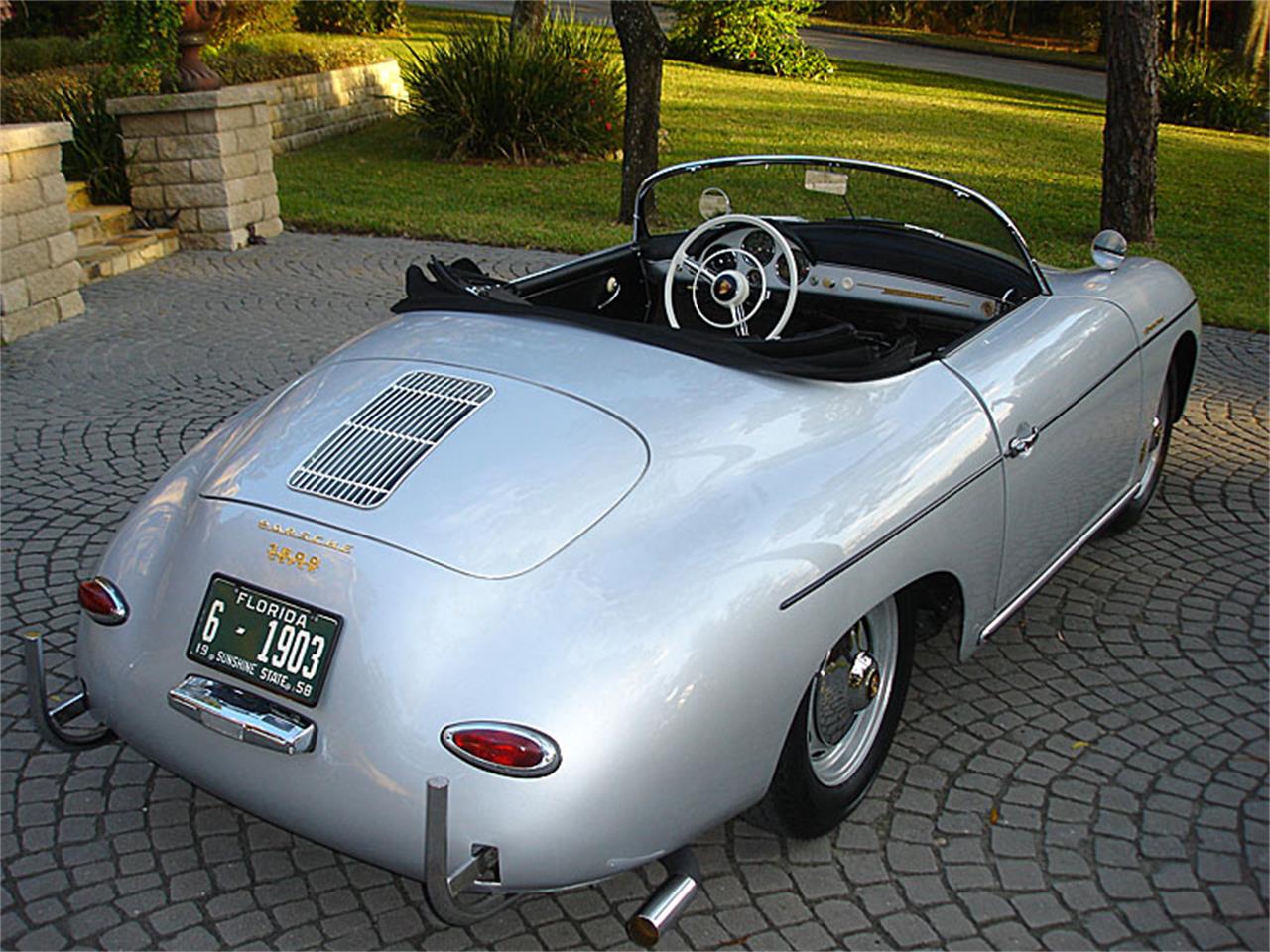 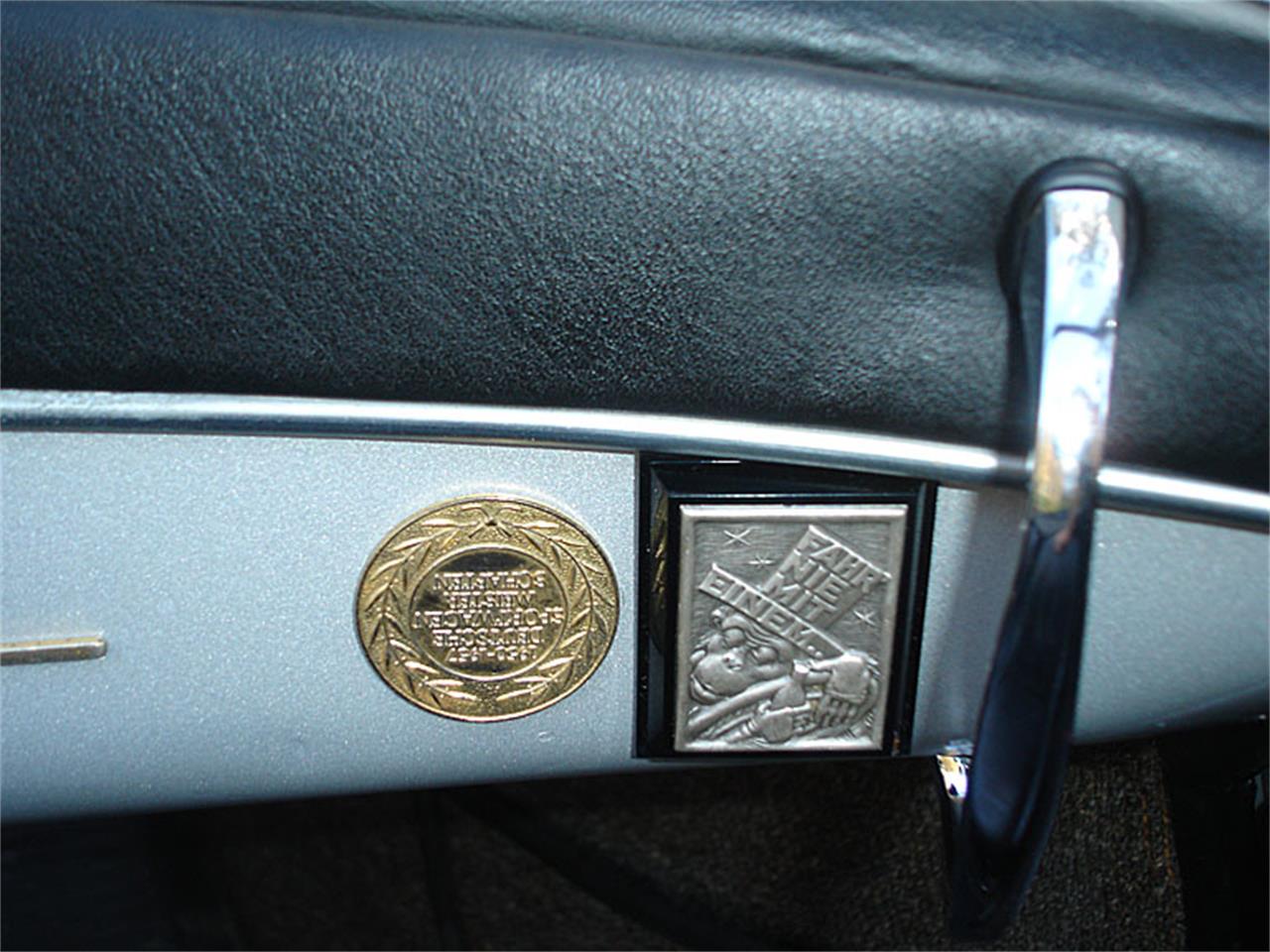 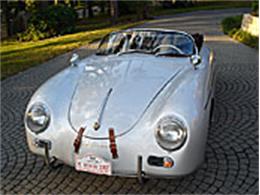 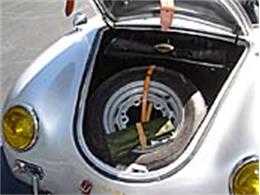 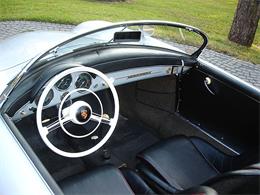 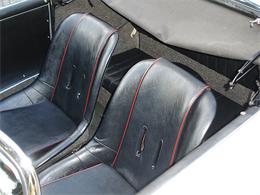 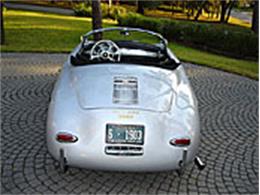 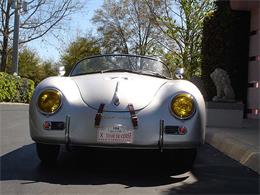 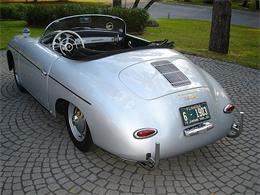 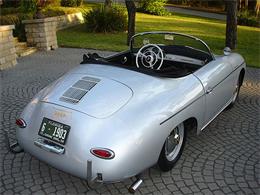 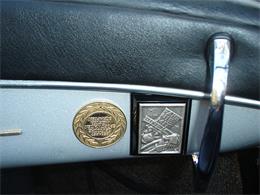 1958 PORSCHE 356a SPEEDSTER T2 1600SUPER  SOLD-SOLD-SOLD Whenever you think of Pivotal Car Collectible's, the Porsche Speedster has got to be on the Top Ten List. Then narrow it down to "Most Desirable" and the 1958 Porsche Speedster quickly rises to top as The Cream of the Crop. Take it a step further, and narrow your sights to not just the 1500 normale or 1600 but, the 1600 'Super' version and it is considered "The Holy Grail" to Porschephile's all over the World. Not only because it offered the high horse version but, it was The Last of the Best ( Porsche history websites state 4,147 1954-1958 Speedster built, 1,171 in 1957 -58, but, only "(6) 1600 Super's built in 1958"). The Porsche Speedster is one of a handful of Foreign Cars to become a 50's Icon Car. Due to the fact it is nimble and lightweight, it quickly became a 'weekend racer' for the wealthy by simply removing the raked windshield and tossing back the minimal soft top. This GREAT CAR was discovered rust-free, tucked safely away in the garage of an Ocean front home in the 'Treasure Coast', FL. area. Like a discarded, rich man's "Toy" it was driven minimally and 'babied' more like a 'possession' then actual transportation. It carries VIN# 83937. This is one of the LOST Porsches in the Speedster Registry, just uncovered for the first time since it was born. The Porsche 356 Restoration Guide places this car well into Sept-Oct. production ( to clarify the books say #83201 was born March '57: 1st Teardrop Tail lights) and this one 578th from last built in 1958. Therefore, it would be correctly titled in 1958. The POA certificate is enroute. Like any 54 year old, Classic Barn Car it had it positive points negative points, but overallit's in outstanding condition. The full history is in house. It is a 2-owner vehicle, purchased 2nd hand in 1964. The mileage is extremely low. The trim tag states it was originally Ruby Red, yet curiously, no visible sign of Red was to be found. It is re-finished now in the factory color of "Silver Metal" (aka: 'Silver Metallic'). It retains the Black Upholstery with Red Piping on the Original Racing Recaro-Type (not the standard Convertible Seats) w/ original, Vintage 5-Pt. Racing Seatbelts. It has a Black Leather Dash and Door Panels and a recent Black Canvas Stayfast Soft Top. It has it's original Owners Manual, '58 Showroom Price List, Porsche "Stat's" Book, and a original Shop Manual. Typical: During it's life: The driver's side front floor pan had a very small hole which was repaired, the orig. style muffler was replaced with aftermarket Hi-Perf. style, and the wheels were changed to the typical aftermarket 5.5 width increased to accommodate larger tires..... yet, it retained it's original, date coded 15 x 4.5" Spare. We went to great effort to find closely date coded, trued 4.5 x 15"original wheels from 4 different sources, replacing them with the correct sandblasted and Powder Coated in the correct Silver w/ the optional Rim Embellishers. They now carry new, correct size, Vredestein Radial BW Tires & fresh Chrome Hub Caps with raised logo/crest (only correct on the U.S. 'Super Speedster' models). We have replaced many old exterior/interior chrome parts with new, searching through sources in Germany to buy almost entirely N.O.S. original German parts. This includes the original interior Ivory knobs, chrome grab bar and 'green' Tool Kit w/tools. The rear- end is correct stamped "BBAA" and the superb rebuilt transmission appears to be original. The engine block was replaced in 1971 with a 1965SC and then completely rebuilt. The previous owner told us it was fitted with Carrera Brakes when the engine was done, about 6,000 miles ago. The original bumpers were discarded /replaced with period correct Chrome Nerf(ing) Bars as the previous owner attempted to save weight competing in local SCCA Gymkhana Parking Lot Time Trials and SCCA events. We feel this car deserves a complete restoration (perhaps even a color change back to 'Ruby Red' /since only 233 left the factory in that color?) but, based on it's current condition, the car has now enjoyed a light restoration and will be displayed at our Museum and driven occasionally to Car Shows. Offers considered at $275,000 . SALE WILL NOT INCLUDE ANY MUSEUM DISPLAY ITEMS/ OR RARE LITERATURE. BUT, WILL INCLUDE THE STORYBOARDWe have dedicated this display to, actor, Steve McQueen ("Lemans"/ "Bullit"/"Great Escape"/The Getaway"/"Magnificent Seven"/ "Pappilon") who, like James Dean won his First Race driving #71 ~ his very own 1958 Speedster 1600S. SORRY SHE SOLD !!! 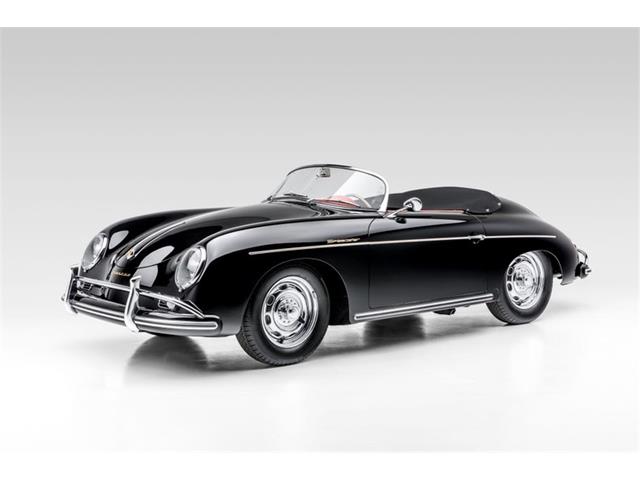 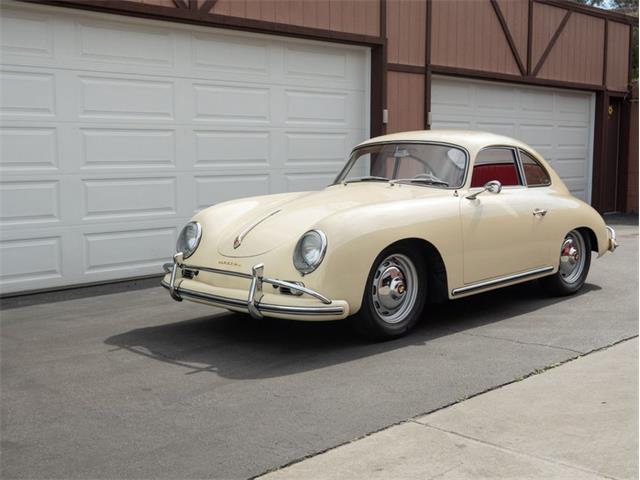 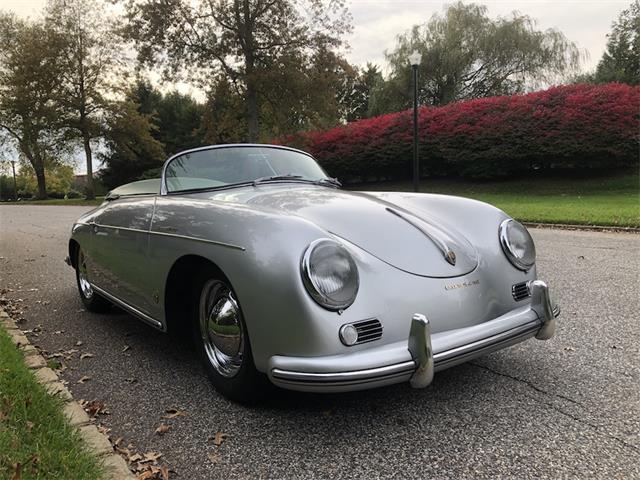