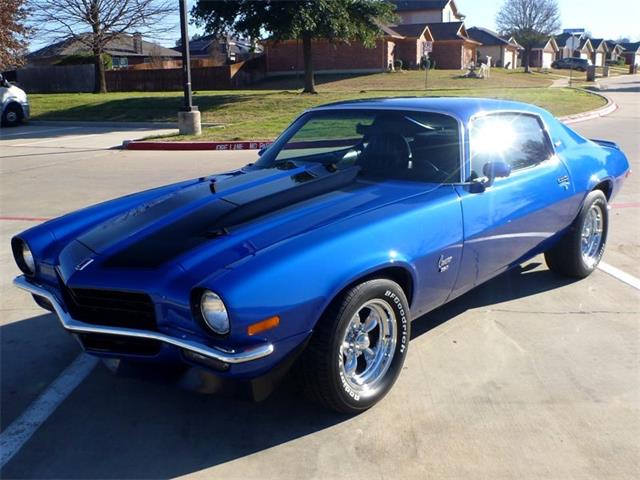 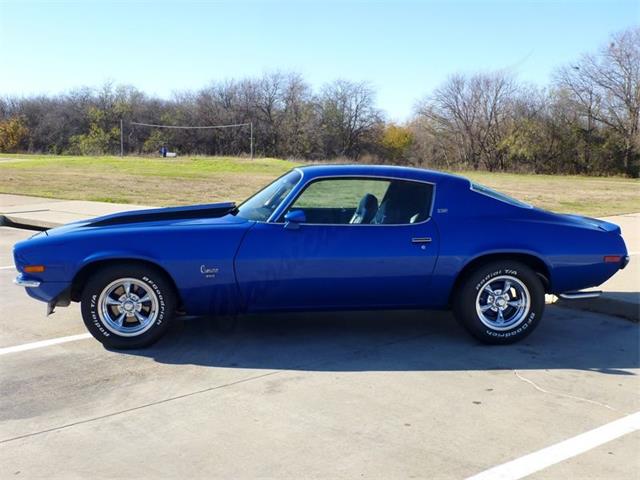 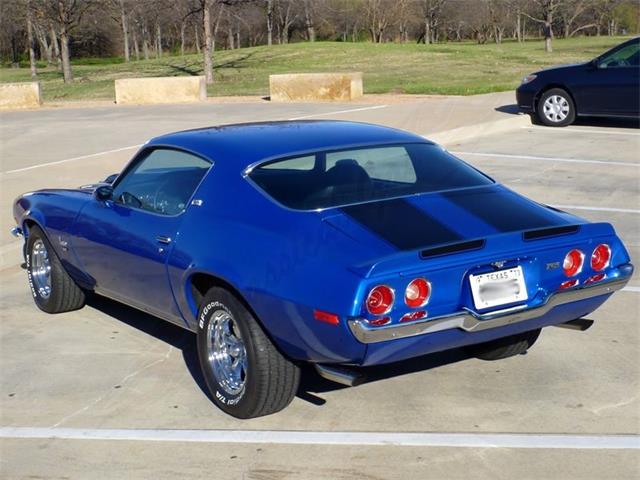 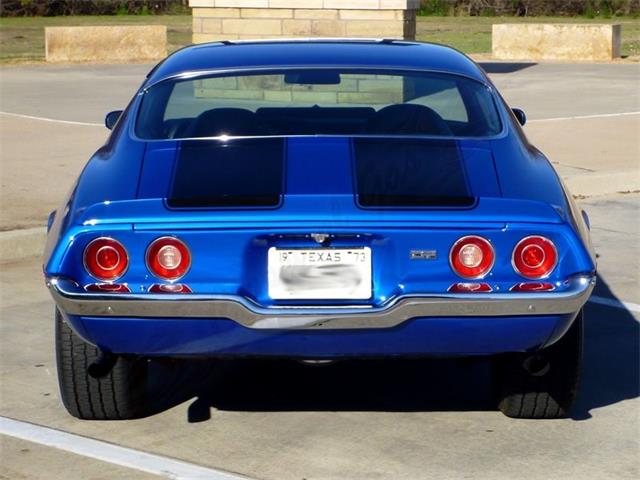 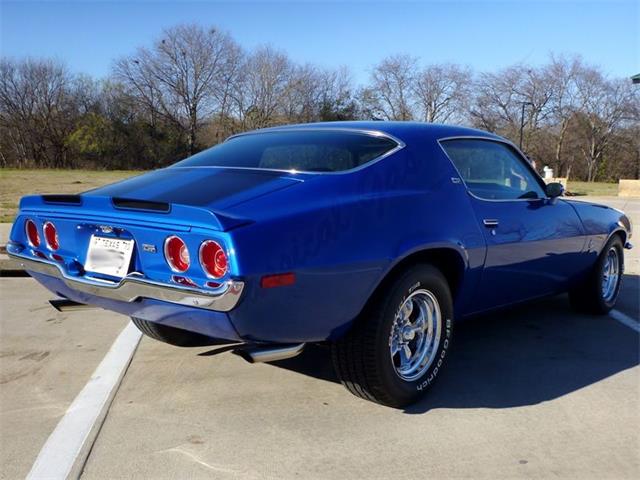 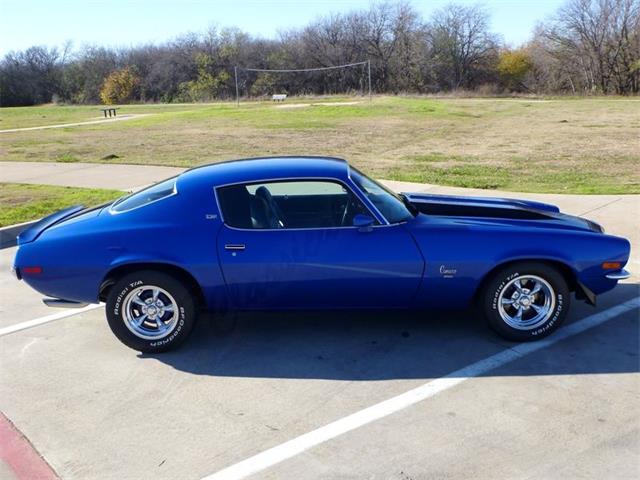 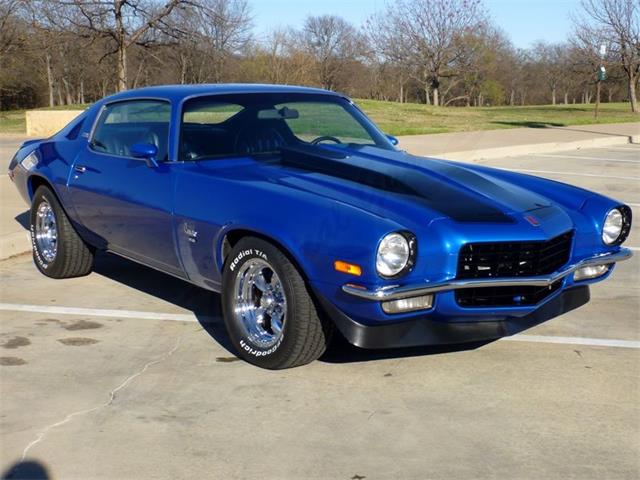 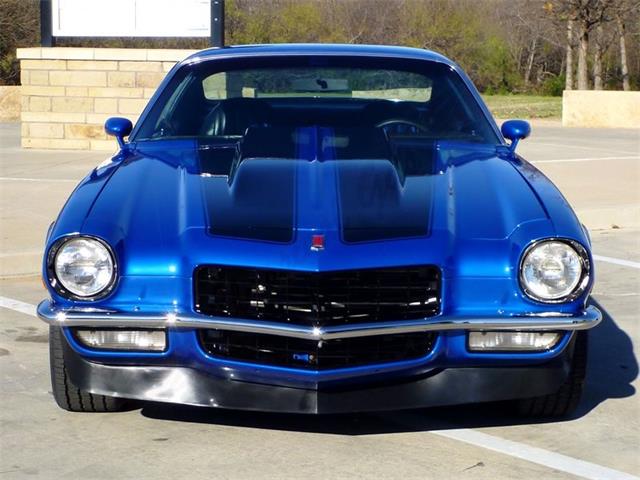 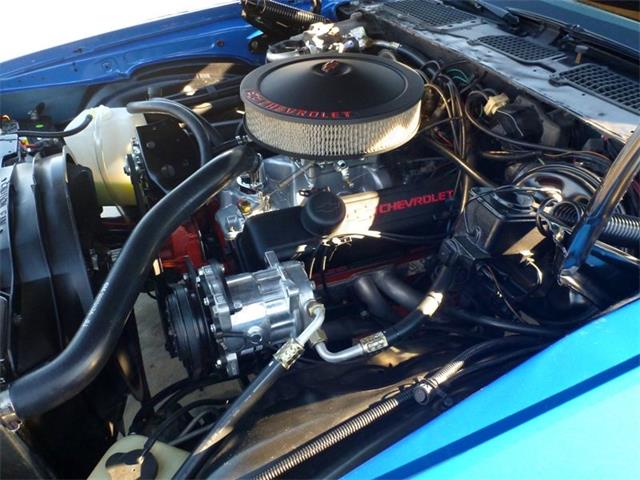 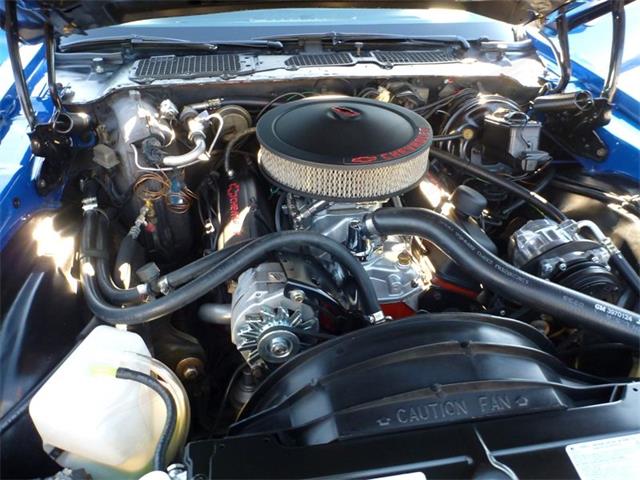 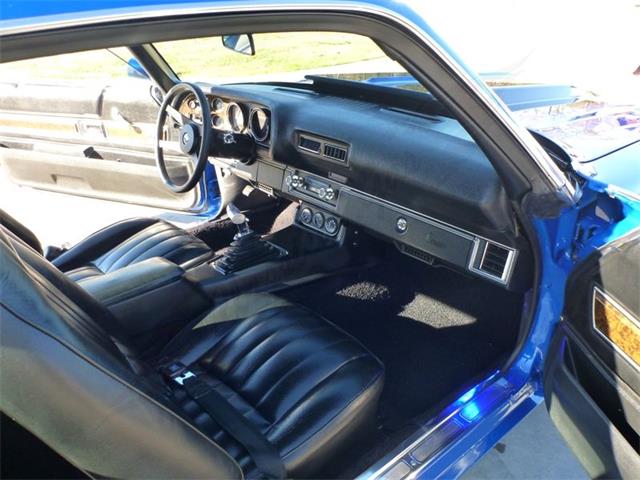 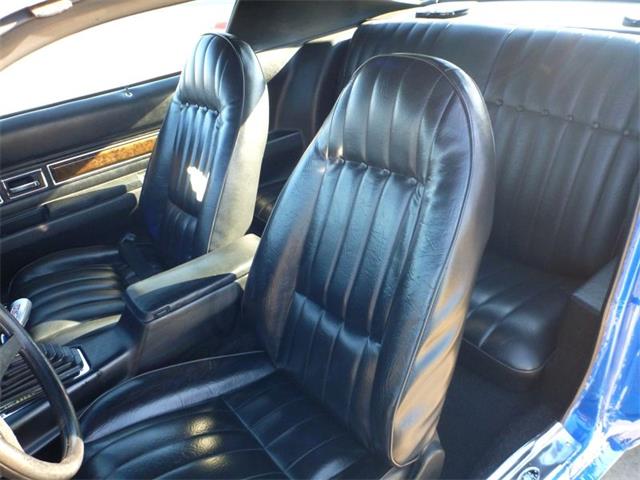 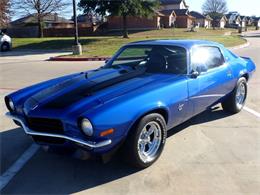 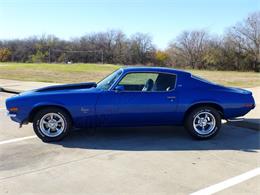 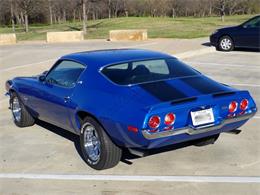 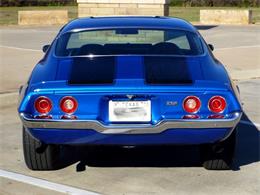 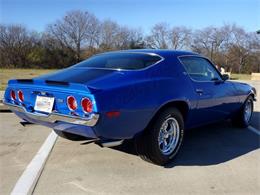 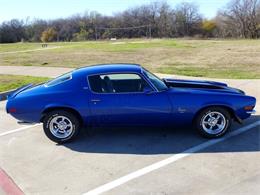 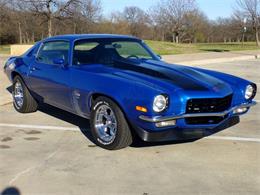 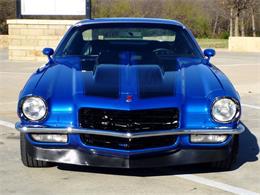 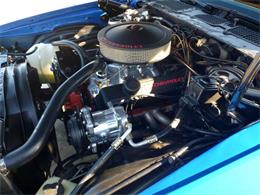 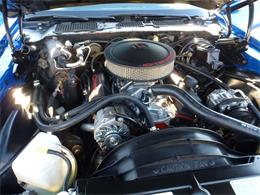 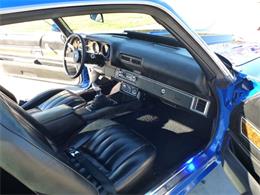 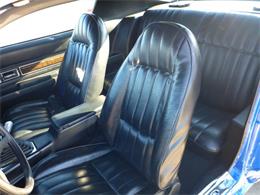 Following the success of the initial run of Camaros, the 2nd generation was introduced in 1970. They were longer, lower, and wider than the first gen and uniquely were not offered in a convertible. GM Engineers stated they were more of a "Driver's Car" and were able to incorporate a ton of performance improvements based on experience they gained on the track with their previous model. In 1973 a new LT model was introduced which received an improved quieter interior, full instrumentation, hidden wipers, sport mirrors, different wheels, variable ratio steering and other improvements. This was the more luxury package and the cleanly restored '73 you see here is a factory LT model. In this industry we run across a lot of cars with varying degrees of historical information. More often than not a lot of vehicles are purchased completed and the new owner doesn't think to ask what the previous owner might know about the vehicle's origin. Well in this case we have complete records of the car dating all the way back to 1973. This includes the original dealer invoice, loan contract, warrant cards, owner's manual, registration and receipts for all work. The car was originally purchased on August 29, 1973 at Melville Chevrolet in Mebane, NC. The original owner traded in a 1965 Chevrolet and special ordered the car in Carolina Blue for his wife who worked at the University of North Carolina. Just a year later the car was in a small fender bender after which it was taken to a local body shop. Repairs began but after approximately 1 year the shop was shut down without the full work being completed. During that time they had purchased a new car and no longer had a need for the Camaro so it went to their nephews. They parked it away for 15 or 16 years. At some point during that time they decided to repaint the car and squirted primer in preparation. In 1991 the original engine was replaced with a true LT1 motor and it was driven in primer for less than a year before being parked away once again. They intended to do a full restoration but never got around to it so in 2013 decided to sell it. In August of 2013 the car was sold to a new owner and the restoration began. It was a solid complete car at that point and was also sold with its original motor. In December 2013 the car was stripped to bare metal and the interior and glass removed. The body was all original and completely rust free except for some minor patina in the driver/passenger foot wells. All repairs were done and there was a small spot of bondo in the drivers front fender so it was replaced with a new piece from NPD. Outside of that all of the panels are 100% original. The car was then painted in GM 885K Cobalt Blue Effect with Black SS stripes. It has a beautiful shine and that Blue really comes to life out in the sun. It received a steel AMD cowl induction hood and a OER Z28 small lip spoiler. It was also fitted with brand new chrome bumpers, new window trim, and new in box GM emblems. The exterior of the car is stunning and it is clear a lot of care went into building the car. The car comes with its 15 inch GM rally wheels with caps and BF Goodrich tires but currently wears a set of nicely polished brand new American Racing Wheels with new tires.

The first process was completed in early 2014 and the car was driven for 1500 miles for 8-10 months before the next phase of the rebuild began. At that point the 4 bolt main 350 LT1 out of a 1973-1974 Z28 was completely rebuilt. During the process the stampings were all inspected and confirmed. The block was bored .030 over, align honed and square decked. It had all new freeze plugs and cam bearings installed. The motor was completely redone from top to bottom and below is a table outlining all the specs. Keep in mind this was the rebuild in 2014 and the car has continued to be improved since. This is indicated in the table and for example the new Quadrajet carb that was initially installed was replaced in 2022 with a Holley 650 cfm quick fuel carb. That Quadrajet does come with the car though along with the original 350 block, heads, crank and various other parts. Under the hood and deck lid custom LED lights have been added for when you want to show it all off. The motor is paired with a 200R4 automatic transmission that was fully rebuilt by Phoenix Transmission in January of 2022. The AC system is also all new with a new A/C compressor, condenser, dryer, custom hose and all wrapped ductwork joints. The suspension was fully reworked during the build with new Bilstein front/rear shocks, Moog upper/lower ball joints and control arm bushings, a Moog center drag link and idler arm, Urethane sway bar end links, new Timken wheel bearings, and 28 spline axles from Summit racing. The car was factory ordered with power brakes but has been rebuilt with a new master cylinder and aftermarket front discs and pads. The calipers and rear drums are all painted Blue for a nice cohesive look.

The interior is finished in all Black and in great condition. Prior to being installed it received all new sound deadening throughout. It has ACS carpet and a reupholstered headliner, seats, and package tray. The dash and rare deluxe door panels are original to the car. The high back front bucket seats are in great shape and the center console between them was modified to house the ratcheting B&M shifter. It has its original gauge cluster but a below dash unit was added with aftermarket Summit gauges for oil/volt/temp gauges. The Audiovox AM/FM/Cassette player works well and sounds good.

Throughout the cars life it has always been well maintained and records for everything even down to small details like a new left window regulator have been kept. This is truly a car you could hop in today for the first time and after reading through its documentation can tell exactly what has happened from its first day on the road in 1973. That isn't something you get with every classic out there and is not something to overlook. It has just under 8,000 miles on it since the original restoration and has been continued to be improved upon throughout its life.