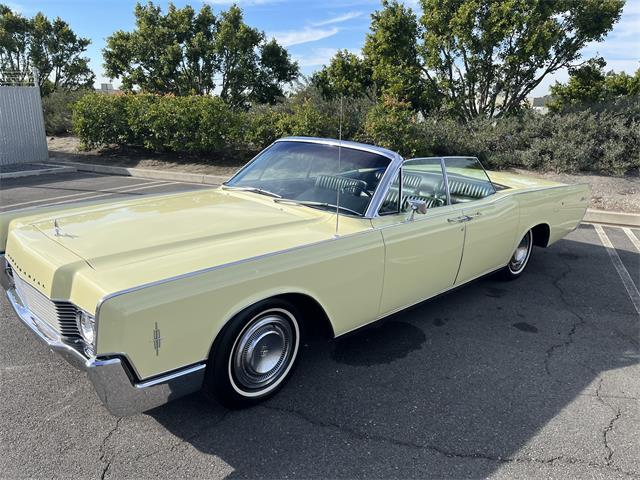 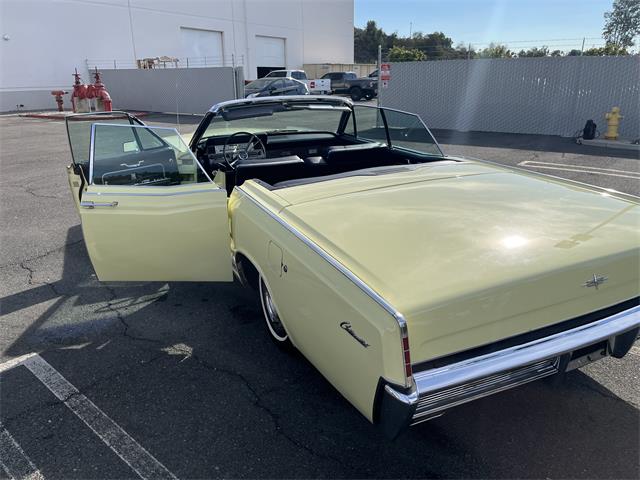 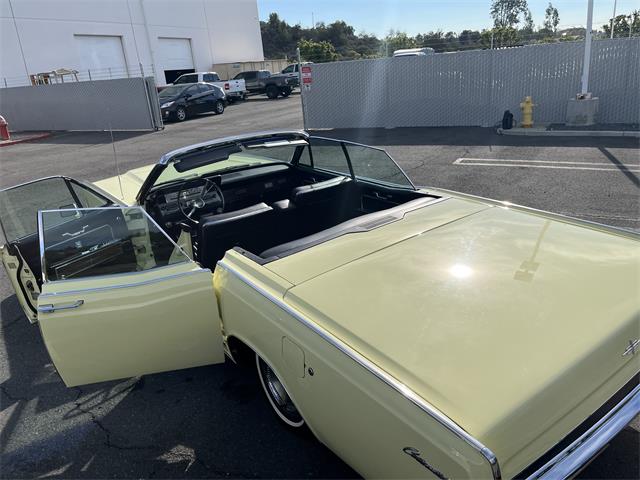 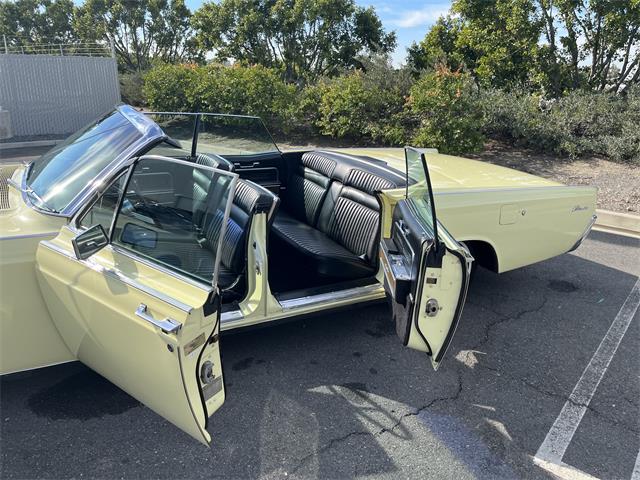 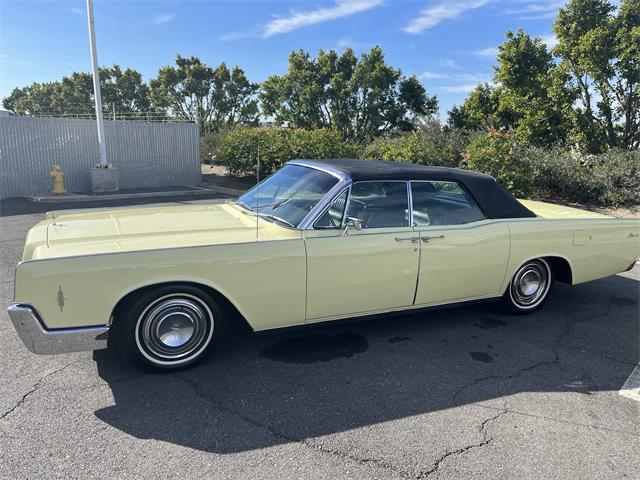 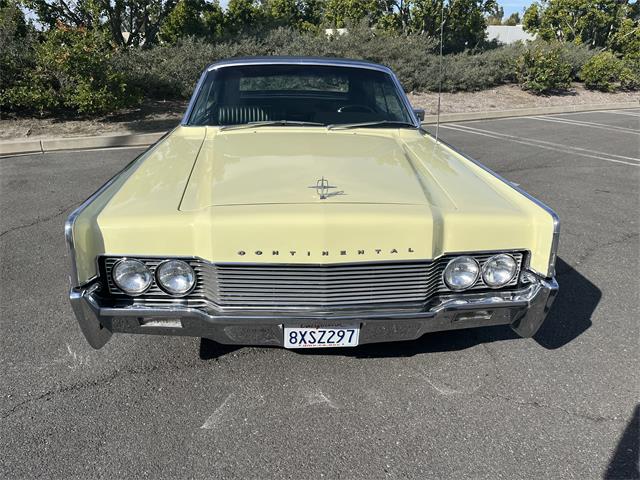 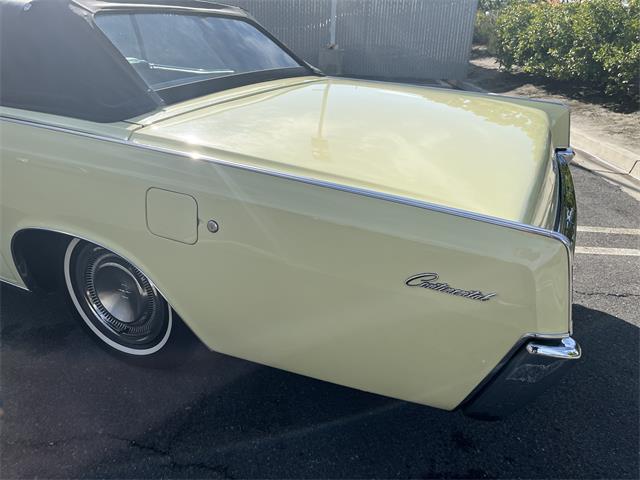 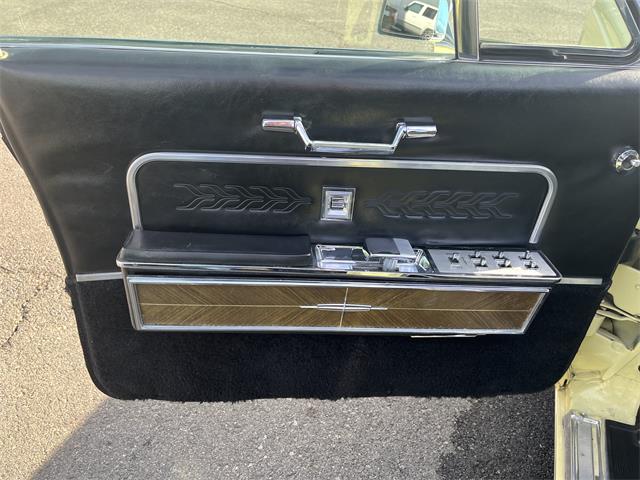 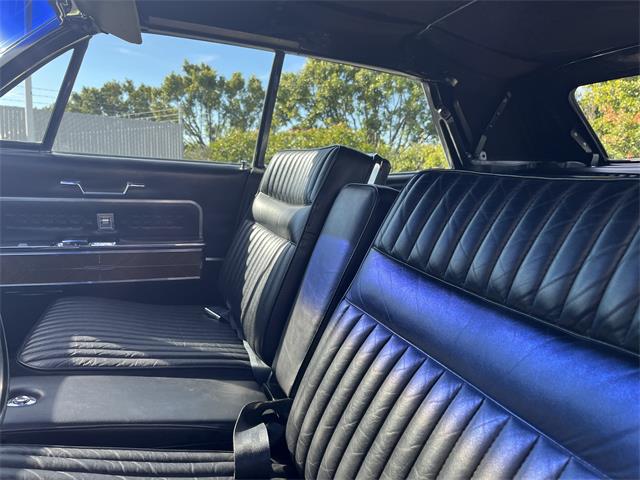 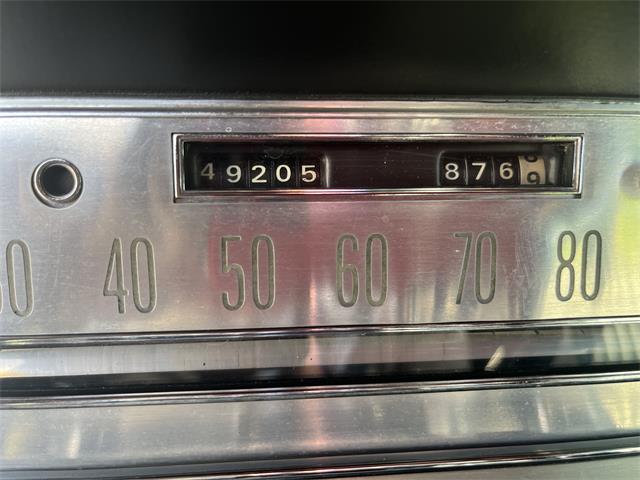 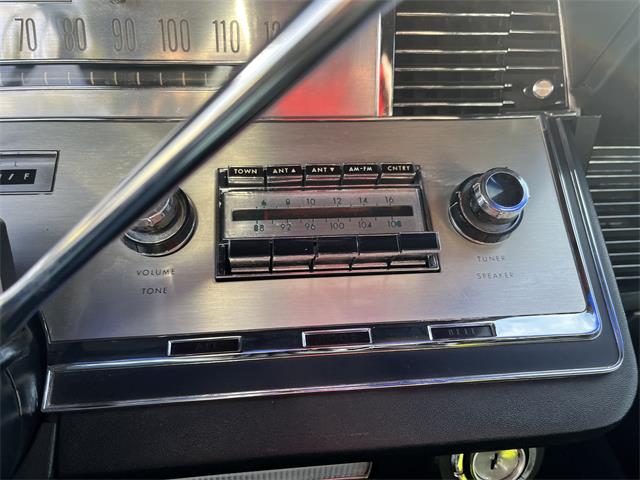 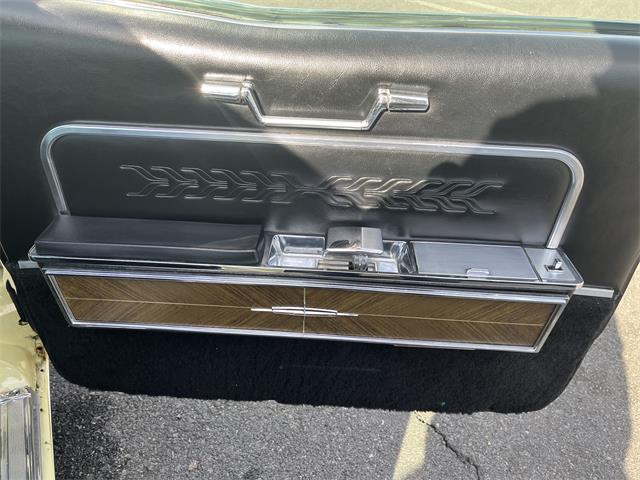 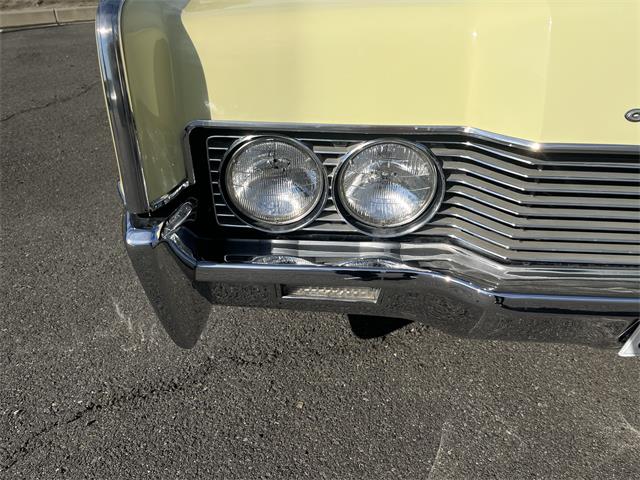 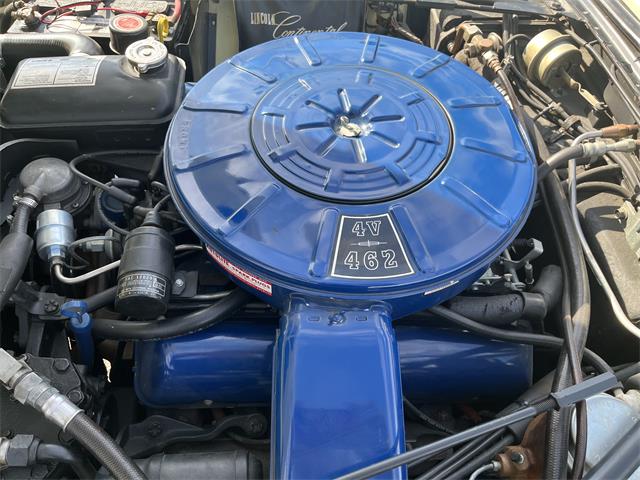 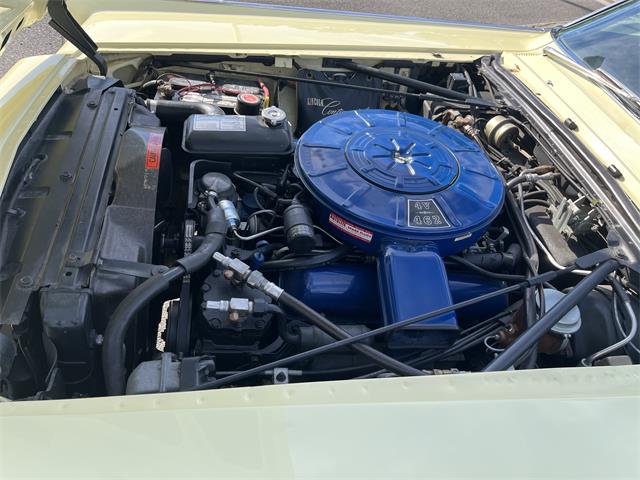 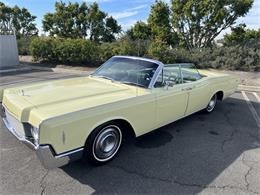 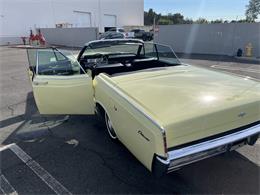 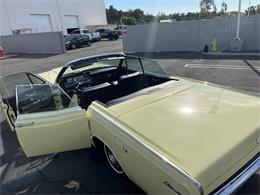 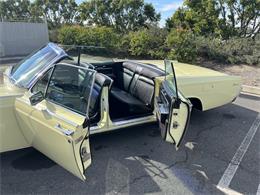 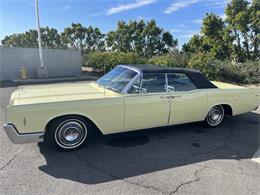 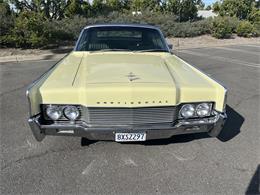 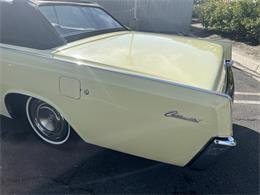 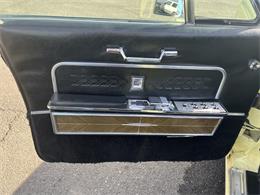 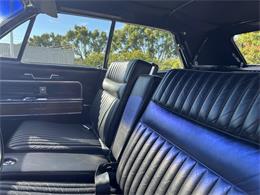 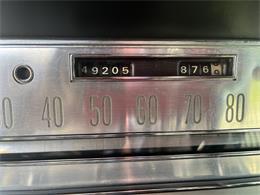 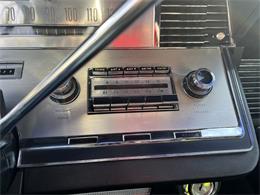 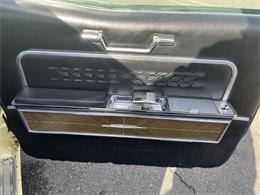 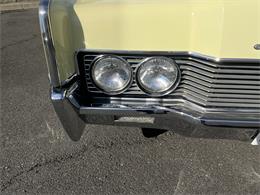 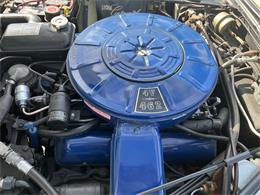 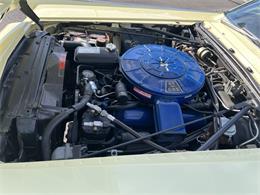 Released from a private collection and has a power convertible top

1966 Lincoln Continental
4 door sedan w/ suicide doors
VIN #
Mileage: 49,205
We are very proud to offer this beautiful 1966 Lincoln Continental Convertible personal luxury sedan. This car\just turned over 49,205 original miles and is ready to be a part of its new owners collection.
Finished in a beautiful Venetian yellow with a black convertible roof, this Lincoln is also sporting a very beautiful black leather interior in excellent condition. Its low-slung, angular lines and rear-hinged “suicide”doors were a bold design that personified a fresh appeal to many.
As you can see from the pictures the body lines on this car are pin-straight. The chrome, of which there is plenty, is also in excellent condition. Everything about this car brings you right back to 1966. Under the long hood of this luxury land yacht is a 400 CID V8 which starts right up and runs like new, every time. This power
plant is paired to a C6 3-Speed Automatic Transmission.
This luxurious Lincoln is factory delivered with, among other things:
Power steering &amp; brakes
Power windows &amp; locks
Electrical seat-adjustment
Electric trunk
AC
Dash clock
Adjustable steering wheel
Original AM/FM radio
Black factory vinyl top

1966 LINCOLN CONTINENTAL - SUICIDE DOOR - CONVERTIBLE Only 3180 Lincoln Convertibles were produced
out of 55,000 Total Units. These Land Yachts are INCREDIBLE! They are Collectable and Rapidly Appreciating in
Value as well.
This Lincoln is loaded with factory options such as Air Conditioning, AM/FM Radio, Power Brakes, Power
Steering, Power Door Locks, Power Windows, Tilt Wheel, and White Wall tires. For additional information
please feel free to call us.
A powerful 462 CID 4V V-8 engine was installed under the hood, developing 340 horsepower. A new integral
AM Radio with StereoSonic Tape System played pre-recorded tapes through 4 high fidelity speakers. True
stereo separation was achieved with separate front-rear and side-to-side balance controls. The unit was located
in the instrument panel. Convertibles got a new glass rear window for 1966, which was a fixed part of the top
and automatically folded into place when the top was lowered. The convertible top itself was custom hand
trimmed at the factory, and offered in three color choices: black, white, or blue, each coordinated with interior upholstery colors. The rear door window on convertibles continued to lower five inches automatically when the door was opened, unless the glass was already lowered six inches or more. After the door was closed, the Window would automatically close itself unless it was already partially open. This prevented interference between the front and rear door glass in instances where both were closed simultaneously, and ensured proper alignment of the window seals. When this feature works properly, its a wonder to watch.