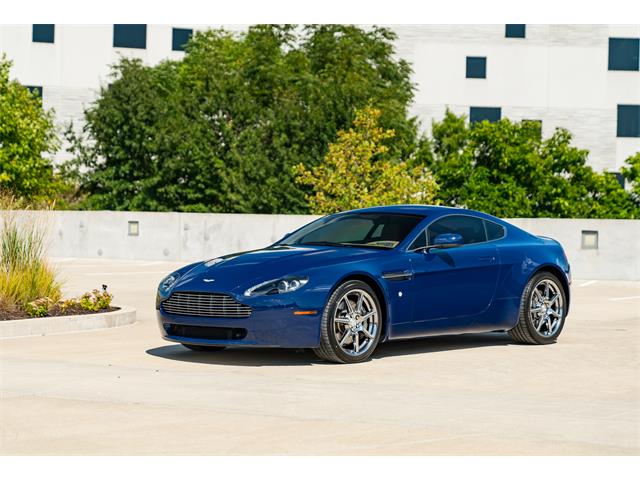 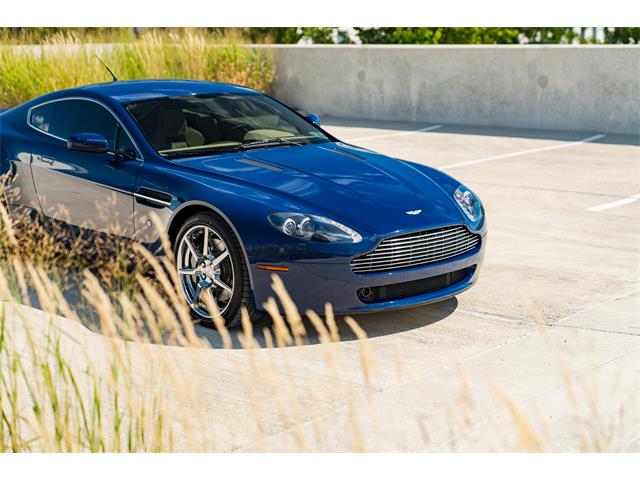 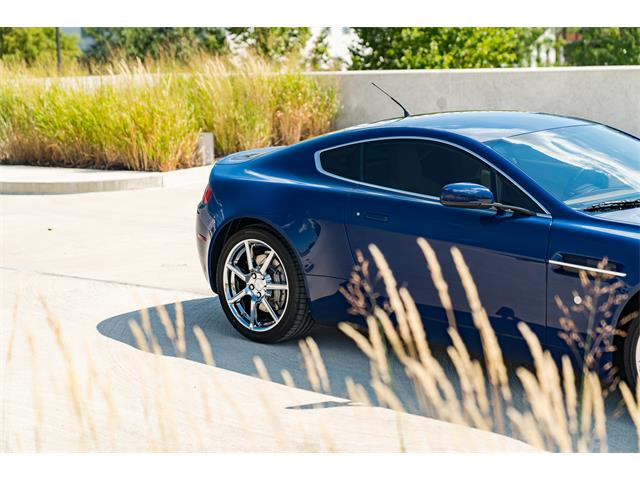 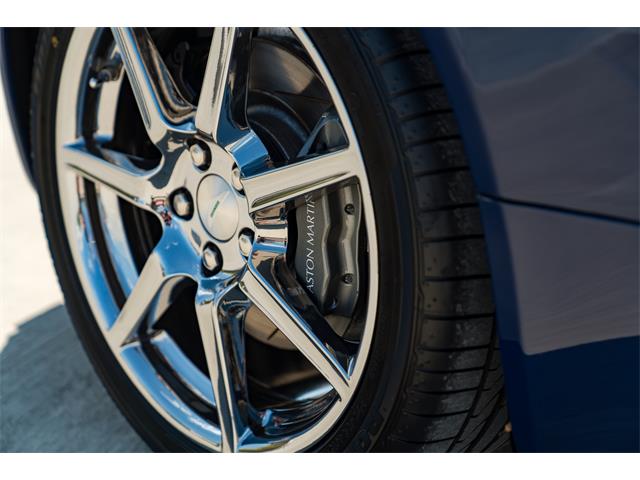 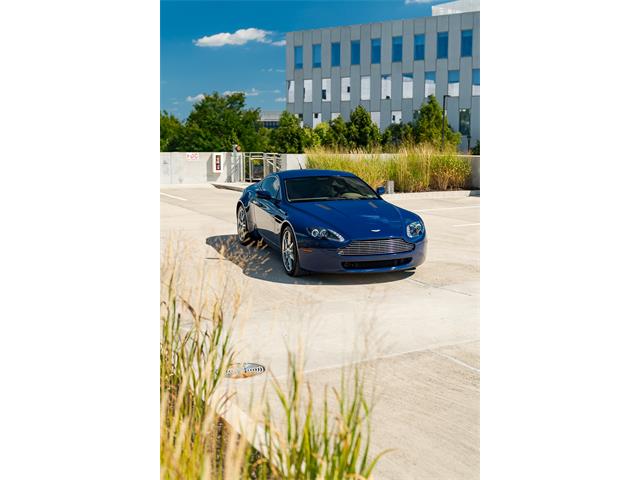 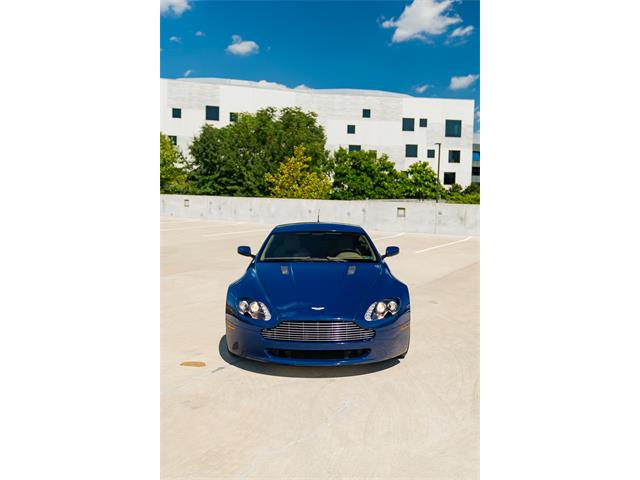 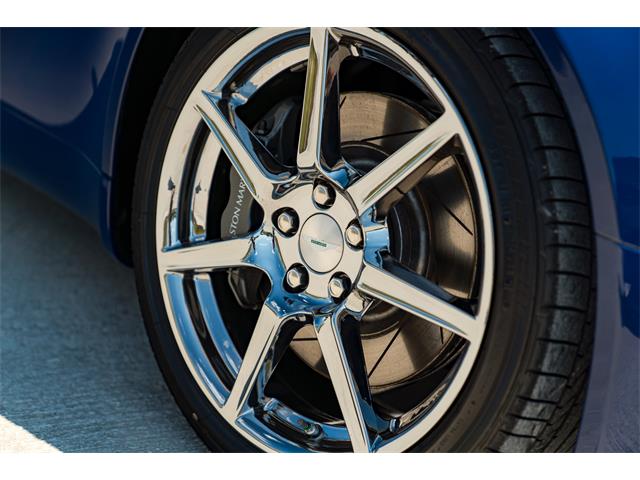 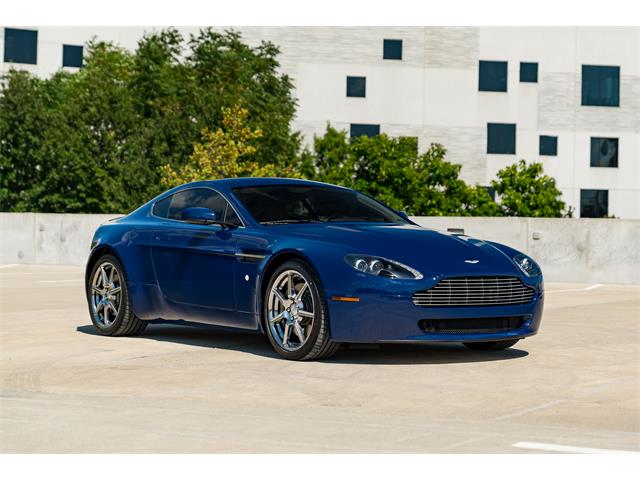 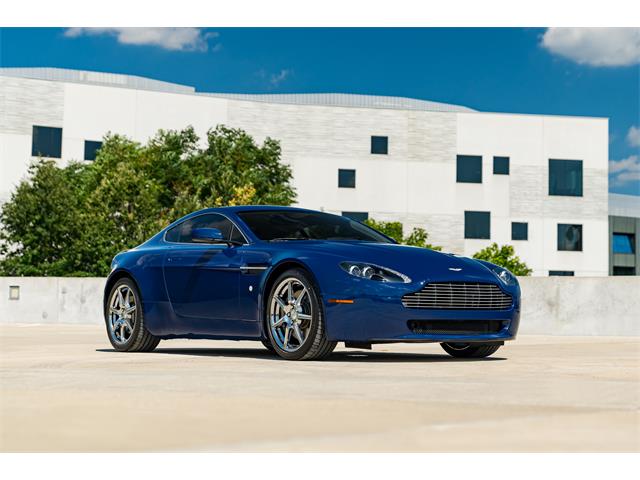 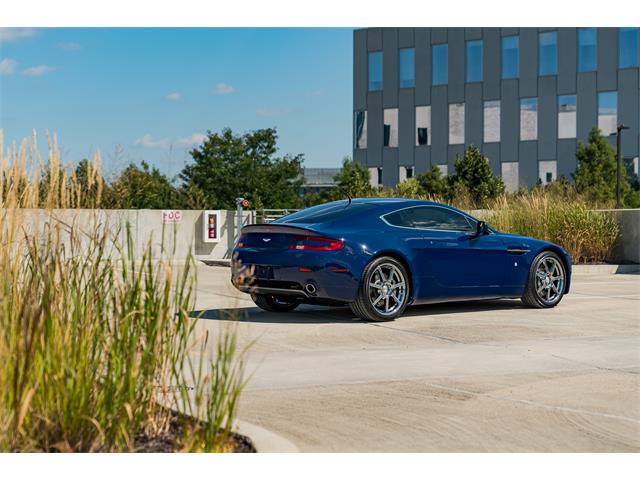 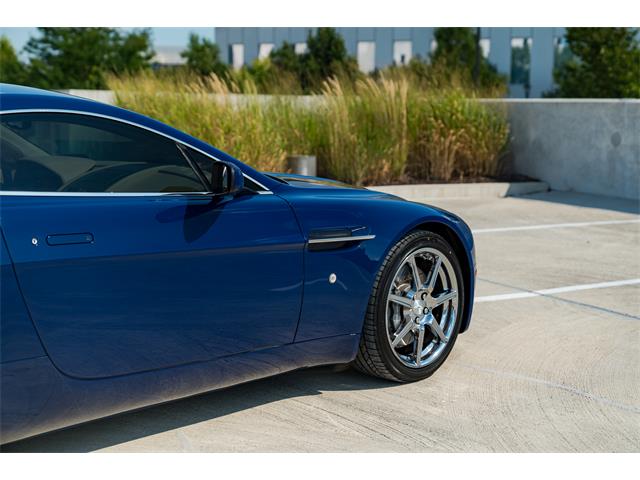 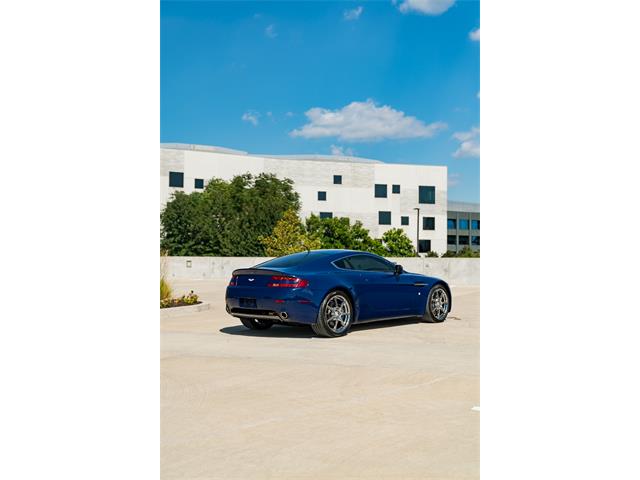 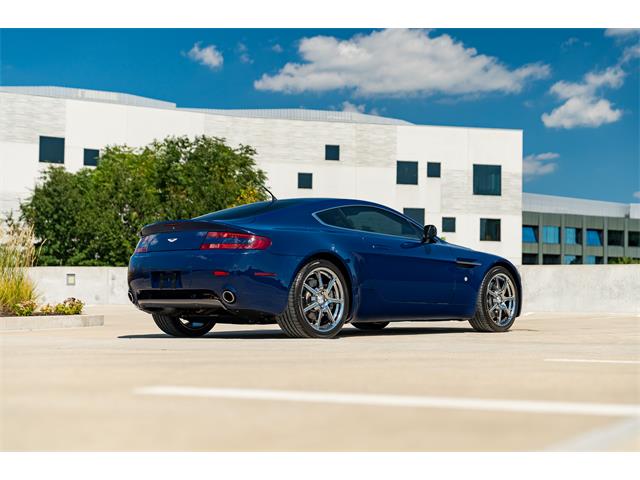 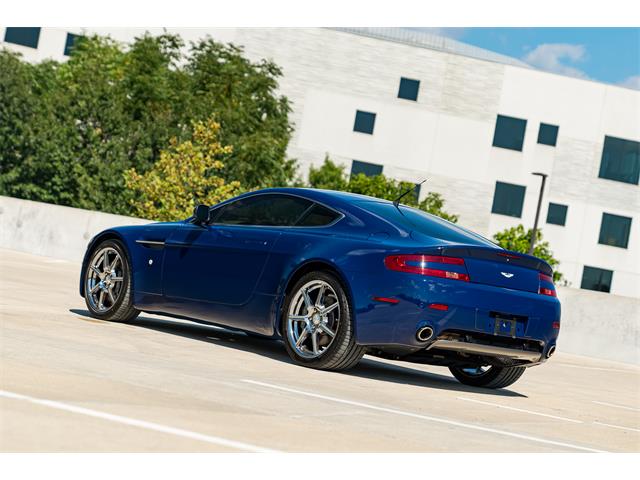 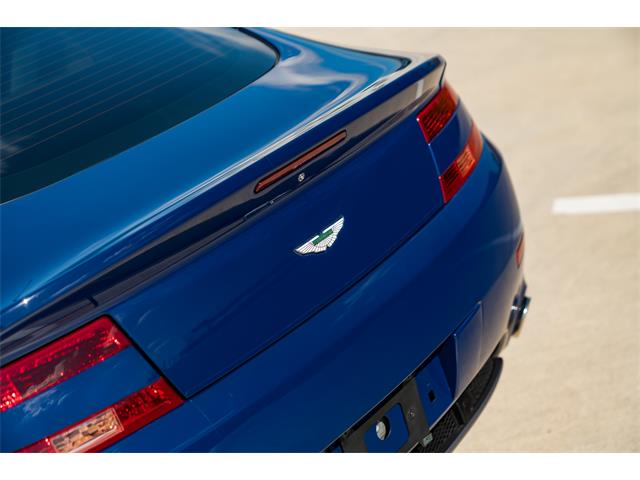 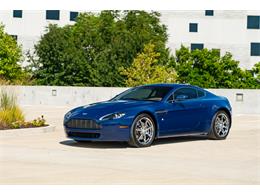 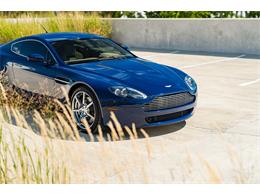 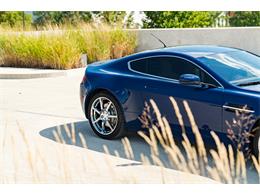 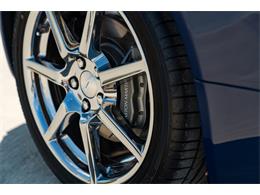 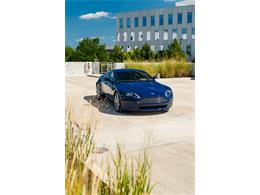 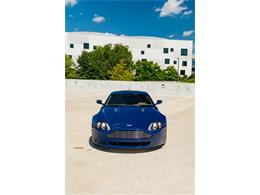 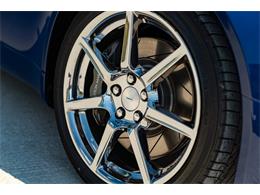 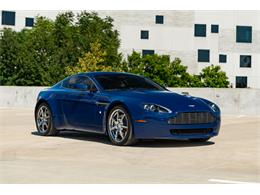 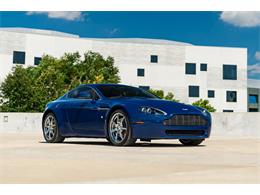 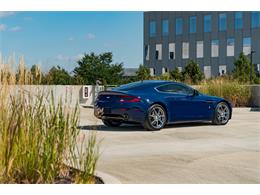 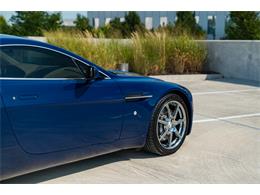 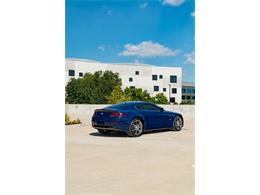 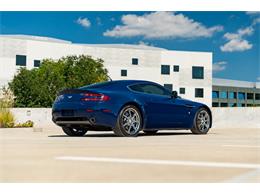 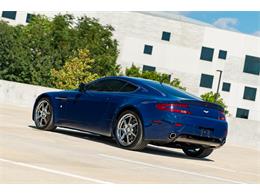 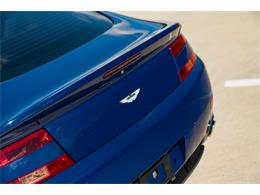 Originally, the Aston Martin V8 Vantage was introduced in 1977 as a higher performance version of the Aston Martin V8 Series 3 introduced in 1973. The V8 Vantage became colloquially known as “Britain’s First Supercar” with a top speed of 170 mph. The Vantage name was brought back in 1993 as the high-performance version of the Aston Martin Virage that put out 550 hp with a top speed of 186 mph. In 2005, the Vantage became its own car, intended to compete with other grand tourers and sports cars of its time. Models produced prior to 2008 were equipped with a 4.3 L V8 that put out 380 hp and 302 lb-ft of torque. The Vantage could initially only be had with a 6-speed manual transmission while a 6-speed automated manual transmission could later be had. Aston Martin introduced a follow-up generation to the V8 Vantage in 2017 that is still in production today.

This particular example, Chassis # SCFBB03B17GC04117, is a 2007 model finished in a stunning Monaco Blue color over a tan leather interior. It was originally delivered to Silicon Valley Auto Group in Los Gatos, CA in December of 2006 before being purchased by its first owner in November of 2007 who regularly had it serviced at the dealership throughout 2008. The next service record reported to CARFAX was on September 16, 2011, when it received the comprehensive 40,000 service package at Los Gatos Luxury Cars in Los Gatos, CA despite only showing 5,800 miles on the odometer. It later returned to Los Gatos Luxury Cars on June 5, 2012, at 6,283 miles for service. The next service on the CARFAX is in August of 2018 when the Aston passed the California emissions inspection at 8,715 miles.

The vehicle made its way across the country to Florida when it was sold in 2019 to its second owner. In January of 2020, it was sold to its third owner, another Florida resident, with a reported 8,771 miles on the odometer. They went on to own the Aston until April of 2022 when we took ownership of it. Following a minor service at Zeigler Exotic Cars in Phoenixville, PA and a thorough detail at Museo Detail of Chester, PA, this V8 Vantage was once more in near-mint condition both inside and out.

In its current state, this hand-built V8 Vantage provides an astonishing amount of value when compared to other cars in its class. $68,000 gets you a 380 hp V8 engine backed by a six-speed manual transmission with astonishingly low mileage and a stunning body color. There are Mazda RX-7 FDs that are less equipped and with equivalent or higher mileage that have sold for more than this Aston. Looking at the package as a whole, it’s no wonder that this generation of the V8 Vantage was Aston Martin’s most successful model and rivaled the likes of the Porsche 911. Upon purchase, the new owner will receive the original owner’s booklets, a spare set of keys and keyfob, as well as the CARFAX and all of the available service records on file.