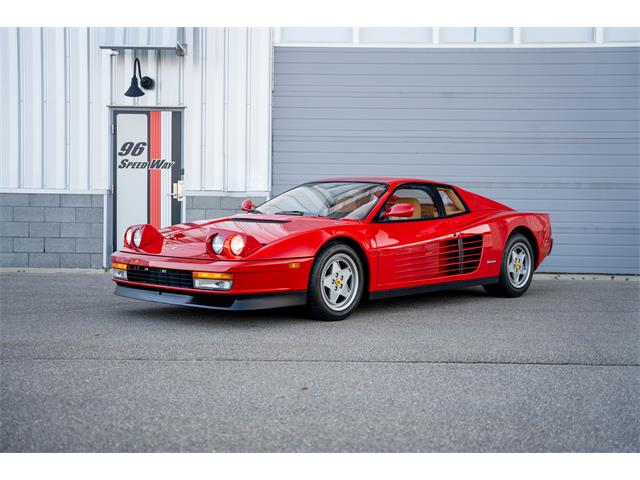 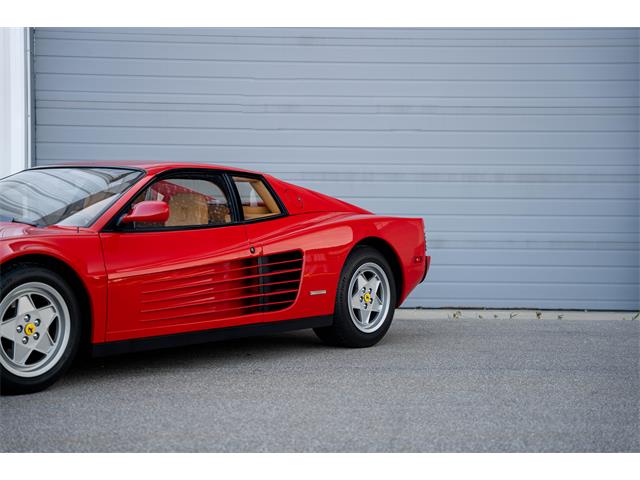 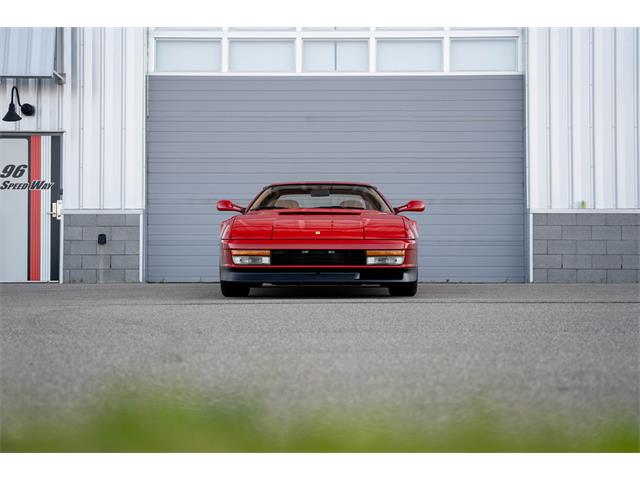 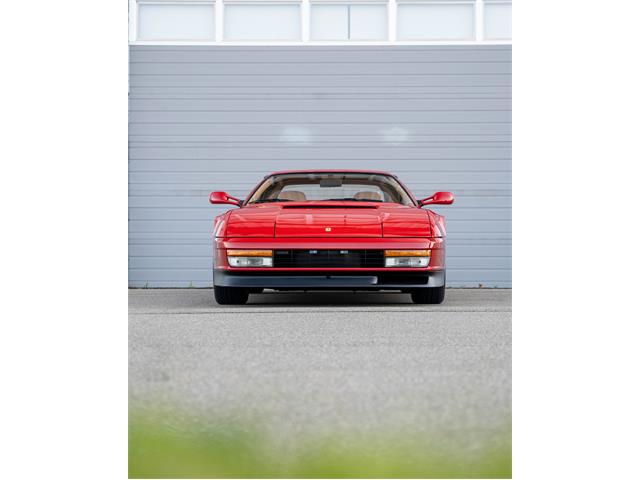 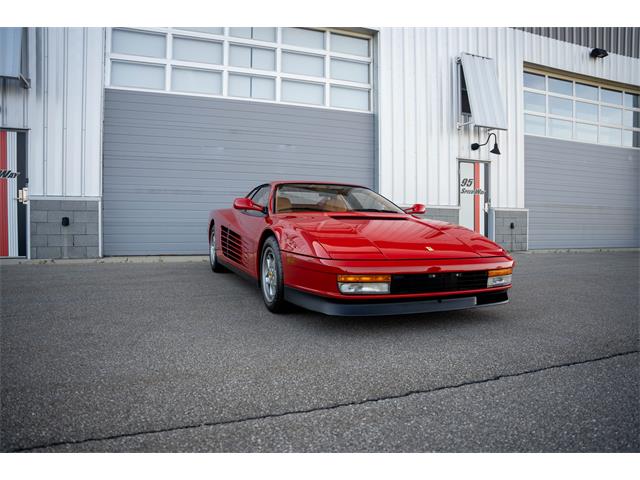 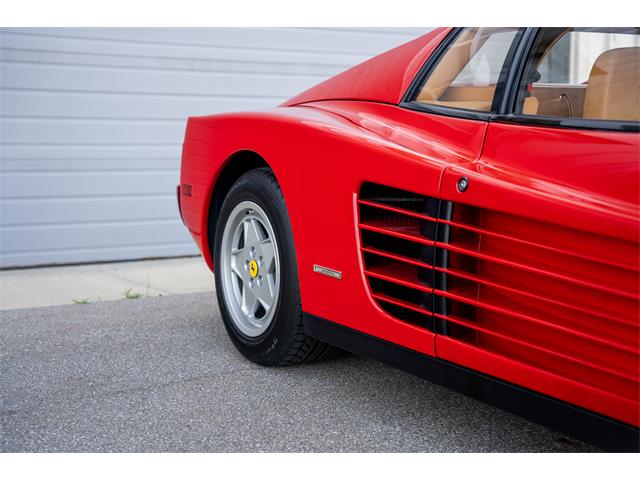 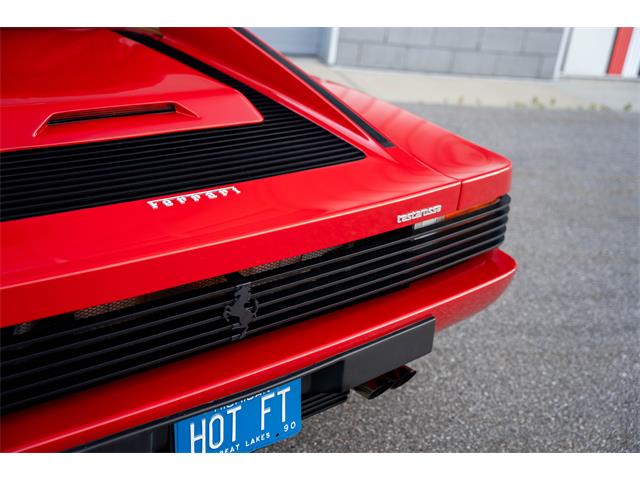 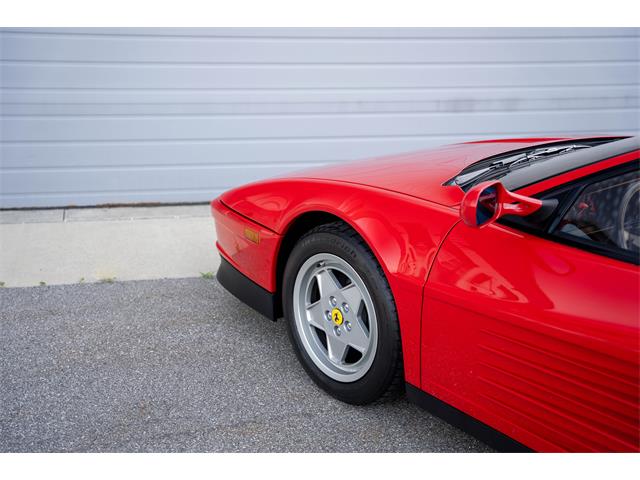 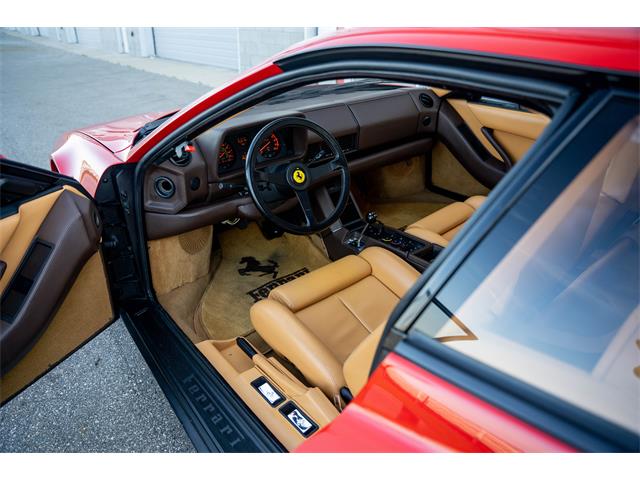 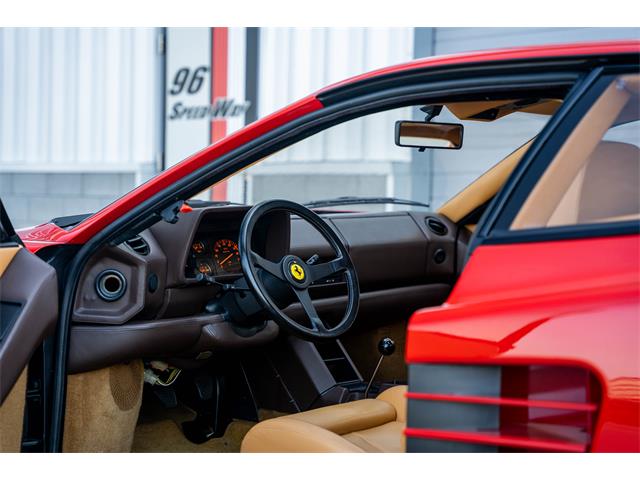 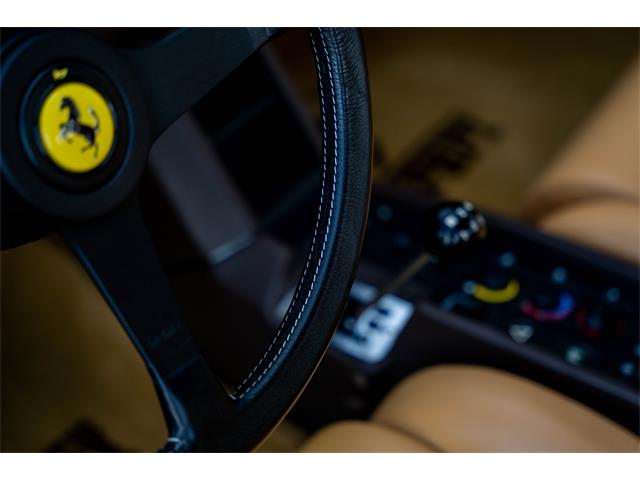 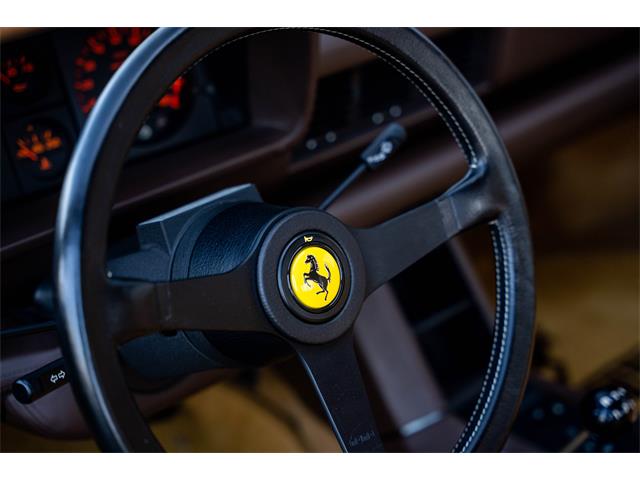 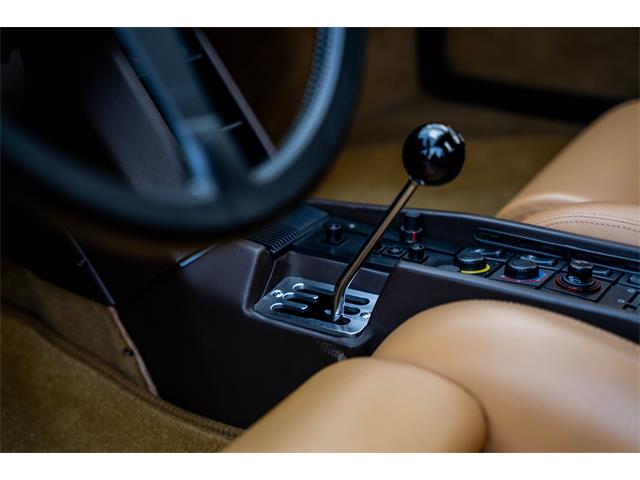 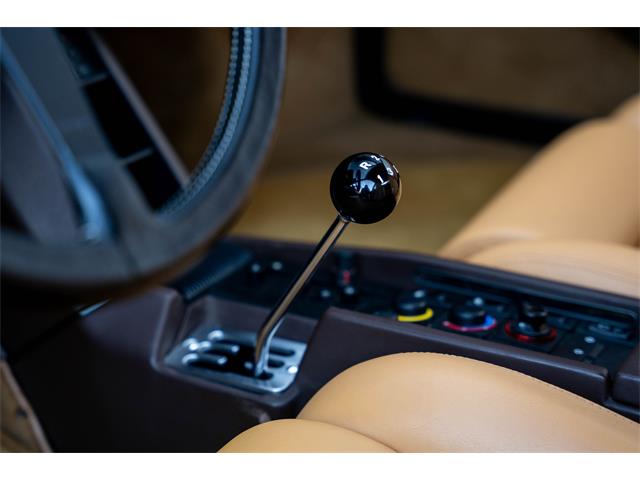 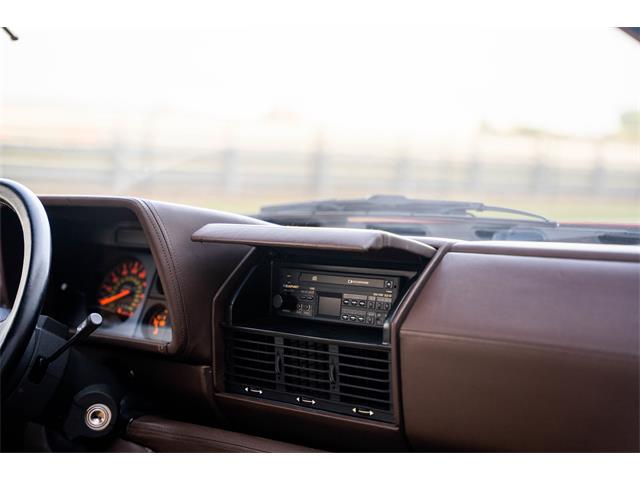 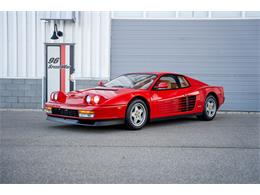 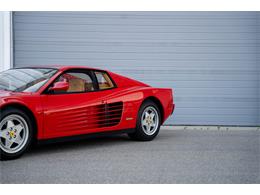 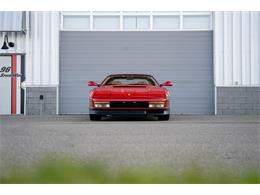 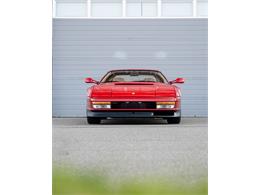 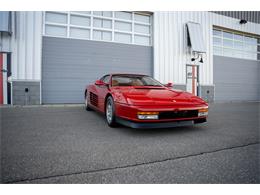 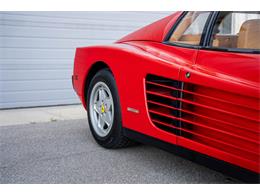 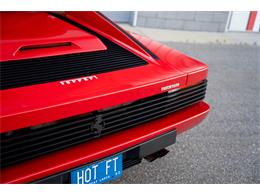 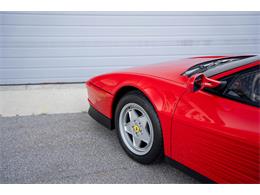 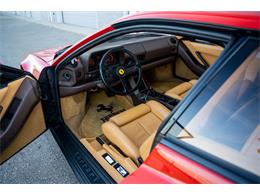 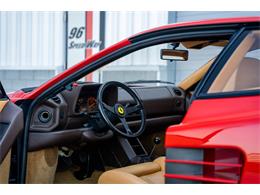 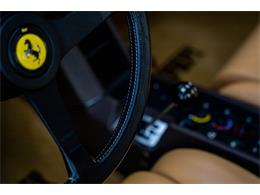 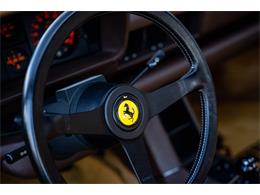 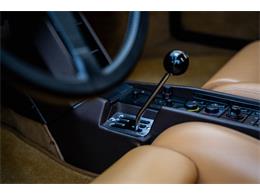 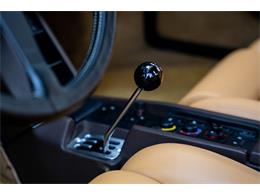 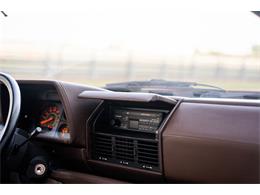 Pininfarina design, gated manual 5-speed gearbox, and a robust, naturally aspirated 12-cylinder engine. This is Ferrari’s signature recipe that has created some of the most iconic and sought-after road cars to date. As we entered the 1980s, it was a truly exciting time in the automotive world as the dawn of the supercar era had arrived. Manufacturers were conjuring up exotic body designs and super-powerful engines for their road cars, to a degree that had never been explored. Lamborghini had come out with the Countach which was unlike anything the car world had seen before, between its massive rear wing, vertically hinged doors, and stunning ascetics. It was pure eye candy that had raw, uncensored power however, Ferrari had an answer for the flashy Lambo.

The Ferrari Testarossa is a name that had not been used since the LeMans winning 250TR. This name represents a significant time for Ferrari as well as a significant racing pedigree, so the expectations for the car were very high. In 1984, the stage was set at the Paris Auto Show, as enthusiasts awaited the unveiling of the new, highly anticipated Testarossa and it did not disappoint. It was an immediate success, as Ferrari went on to produce over 10,000 units. Over the course of the Testarossa life cycle, the car underwent only a few cosmetic changes as well as mechanical ones. Early cars were marked by high-mounted, single mirrors on the driver’s side, and the very latest ones, ditching the pop-up headlights. By 1990, only a few model years before moving onto the 512 TR, the original Testarossa had benefited from 5 lug wheels, catalytic converters, and a new flywheel. Given that the previous years were quite the slam dunk for the engineers in Maranello, you can see why only small tweaks were made over the years.

The Testarossa on offer here, chassis # ZFFSG17A1L0083906, is finished in its original Rosso Corsa paint and shows just over 9,100 miles on its original engine, #20898. On October 23rd, 1990 this Testarossa was first taken in by a dealer where 1 year later it’s first real owner purchased the car showing 805 miles on the odometer in 1991. Following that, the first owner enjoyed the car thoroughly, putting 3,297 miles on it over two years. The car seemingly stayed with the original owner until 2009 when it was sold to a dealer in Arkansas with an odometer reading of 8,904. In 2013 a new owner was reported who held onto the car for several years before passing it off to Cauley Ferrari, in West Bloomfield, Michigan in 2017. After arriving at Cauley a full comprehensive inspection of the suspension, electrical system, and all of the glass was carried out, as well as a general service including an oil change was completed. Following the completion of those services, the car was purchased by its current owner, who has sparingly enjoyed this classic red over tan Testarossa.

This example is truly collector grade in every sense of the word with its original paint hardly showing a single knick on the front hood, wheels in perfect original shape, and paint with incredible depth and orange peel throughout. The tan with brown interior presents wonderfully with one scuff near the shifter housing and only minor wear on the driver-side seat as one would expect. Once seated you’re greeted with a perfect driving position and once out onto the road this Testarossa springs to life, with its wonderful 12-cylinder engine and engaging gated 5-speed manual transmission. These days, a mid-engine 12-cylinder Ferrari is a $1,000,000 affair at minimum. Testarossas provide an entry point much cheaper at which that iconic layout can be enjoyed!

Included in the sale of this Testarossa are the original manuals, Classiche Certification, and full factory tool set.