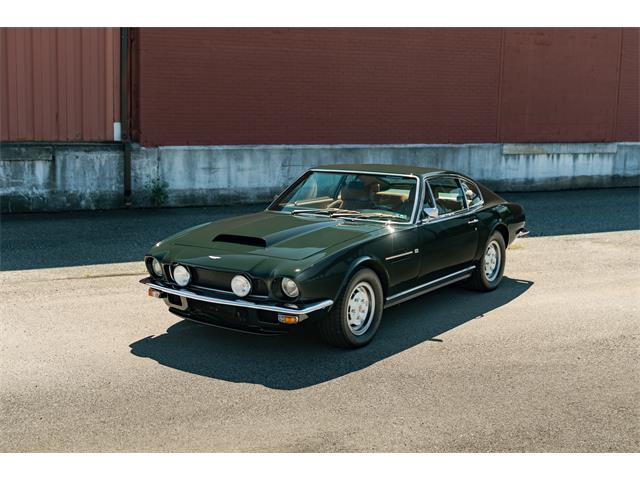 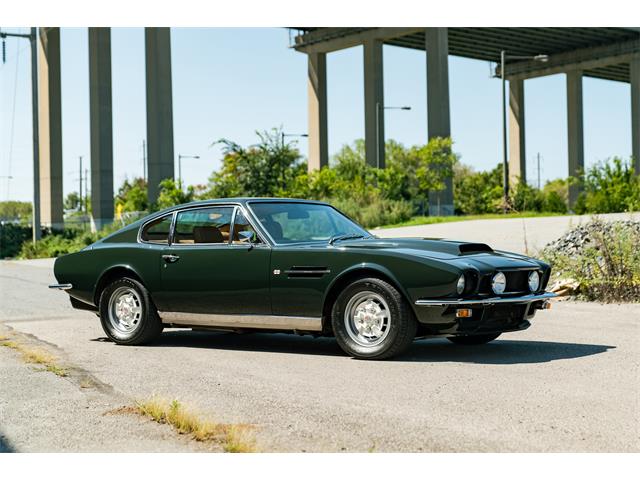 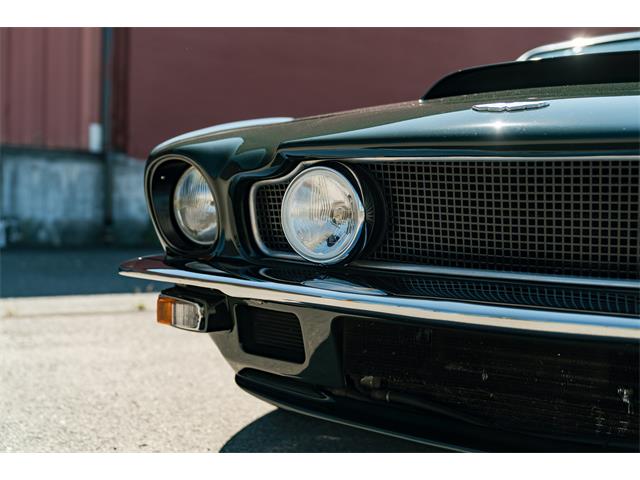 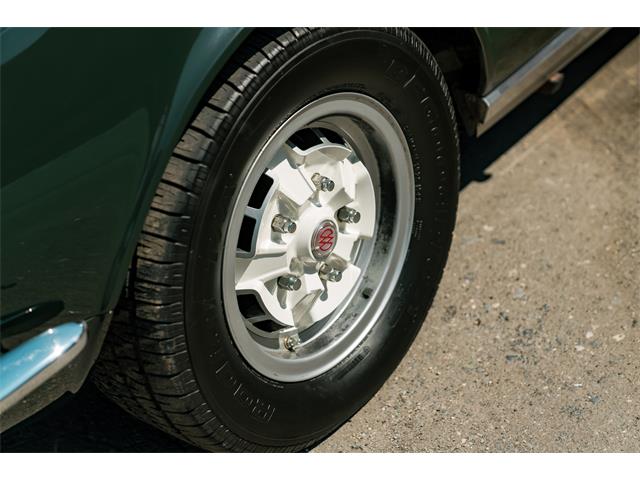 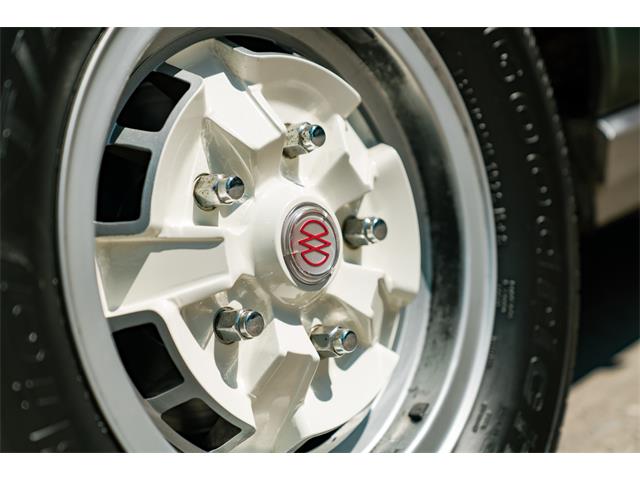 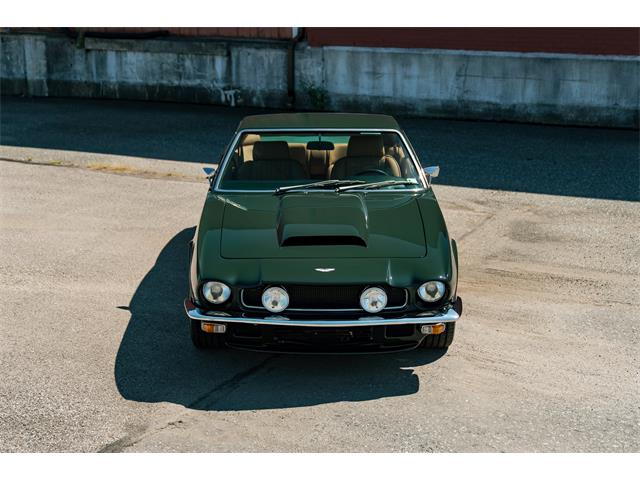 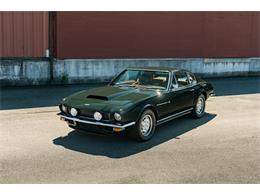 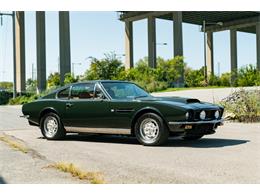 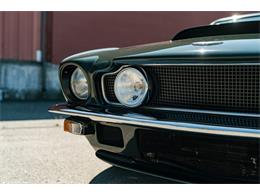 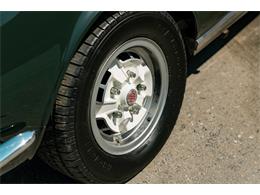 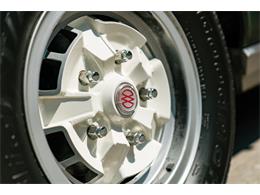 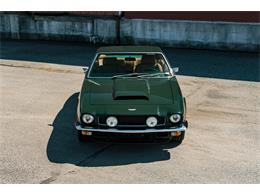 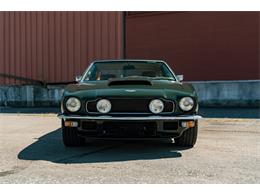 Certificate, Factory Jack, Spare, And Original Books
With the iconic DB6 nearing the end of its production run, Aston Martin took to the drawing board to replace it. A more modern, more muscular-looking vehicle, the DBS V8, was launched in 1969, and later renamed “V8” in 1973. At launch, the V8 was host to significant mechanical improvements over its predecessor, including independent suspension and a new V8 motor designed by Tadek Marek. The fuel-injected twin-cam motor, although finicky, impressed, reaching 100mph in 15 seconds with an automatic transmission. When the Series 3 V8 was released in 1973, it was decided to make the switch back to carburetors. Carburation meant the V8 produced over 300HP and, when paired to a ZF 5-Speed transmission, got to 60 in 5.7 seconds. Styling of the V8 included a twin headlight design over the previous DBS’ four headlights, a wire mesh grille, a taller hood scoop to accommodate the Weber carbs, and a bigger, more luxurious interior.

Shortly after the reorganization of the company under new ownership in 1975 as Aston Martin LTD, came the V8 offered here, chassis 11385. It’s said that due to the reorganization, chassis 11385 remained only partially completed, held along the production line at Newport Pagnell. The car was imported via Aston Martin USA in King of Prussia, PA, and delivered in the spring of ‘76 to a customer in Westminster, CA via Hollywood Sports Cars. By the mid-1980s the car migrates eastward, to Virginia, with around 65,000 miles recorded.

Chassis 11385 was discovered in a warehouse in Herndon, Virginia wearing a faded shade of gold paint in the spring of 2008. It was acquired by the present owner who began restoration in the summer. To resuscitate the car, much of the initial work was performed at British & Classic Car Doctors of Upperville, Virginia. Parts were sourced from Puddleduck, Aston Martin Spares Specialists in the UK. As part of the cosmetic restoration, the side markers were deleted, door sills and body panels repaired and the car painted in Connaught Green, a color from the catalog of Morgan Cars.

Upgrades began around 2010 using parts kits supplied and installed by Steel Wings of Ivyland, PA. Air conditioning, brakes, exhaust, and suspension upgrade kits were fitted while the automatic transmission was exchanged for a Steel Wings-built 5-speed manual unit in the winter of 2011. The interior was finished in early 2012 by Gary Maucher of Bucks County, PA. In the summer of 2014, the rear end was rebuilt and upgraded to a 3.54 limited slip. In 2015, a Prince of Wales air dam replaced the Vantage unit. Steel Wings rebuilt and modified the engine to “Vantage Plus” specification in February 2016. The history file and records are both meticulous and extensive, with invoices reflecting all the above-mentioned work along with period documentation and a BMIHT.

The V8 Series 3 lasted until 1978 and in all, just 967 examples were produced. A cultural and cinematic favorite, the V8 is an increasingly appreciated cornerstone of the Aston Martin story. Given the enthusiastic ownership and its regimented servicing, chassis 11385 is ready to be toured, shown, and enjoyed. It should be stated this vehicle is titled as a model year 1975.