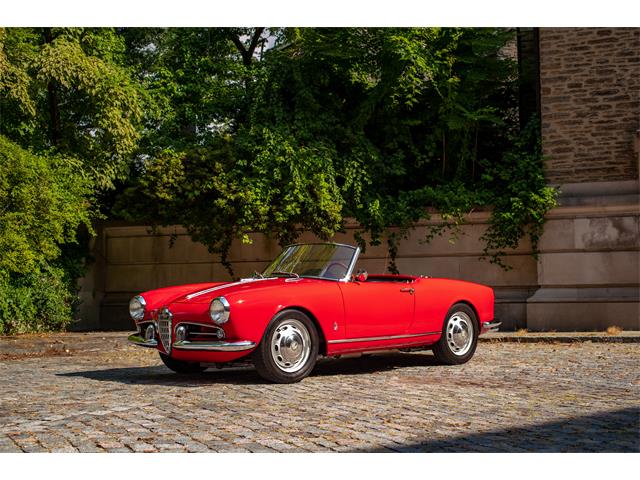 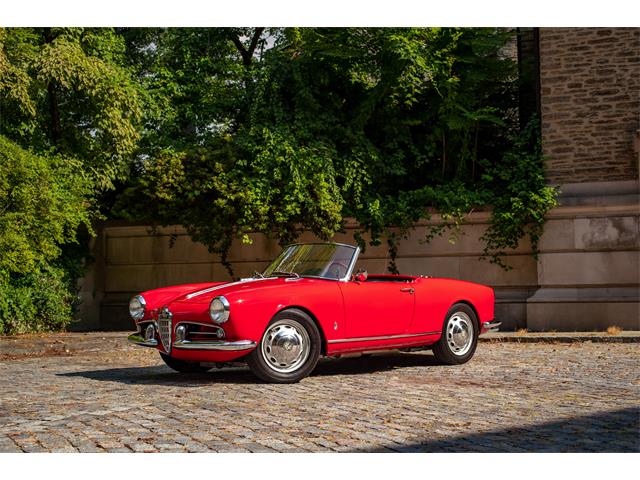 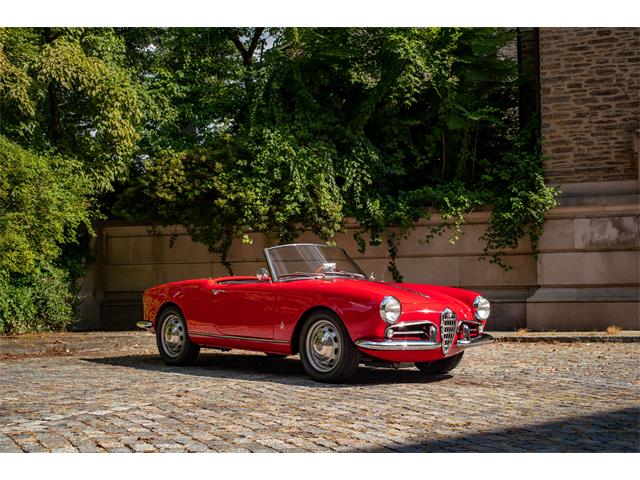 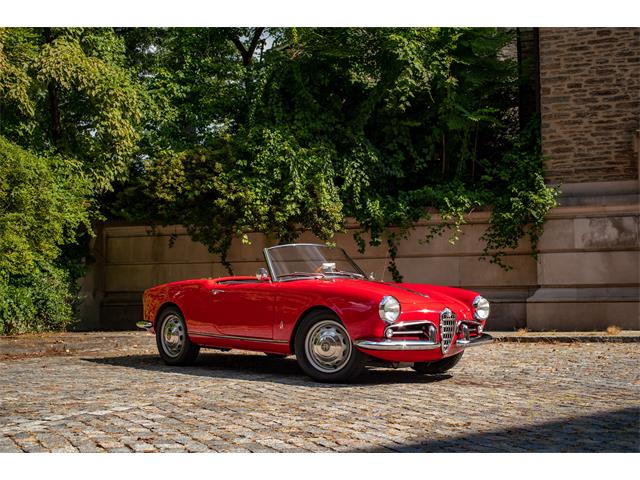 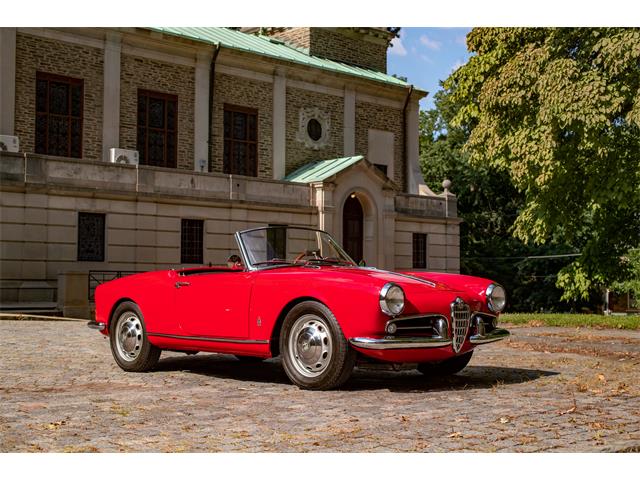 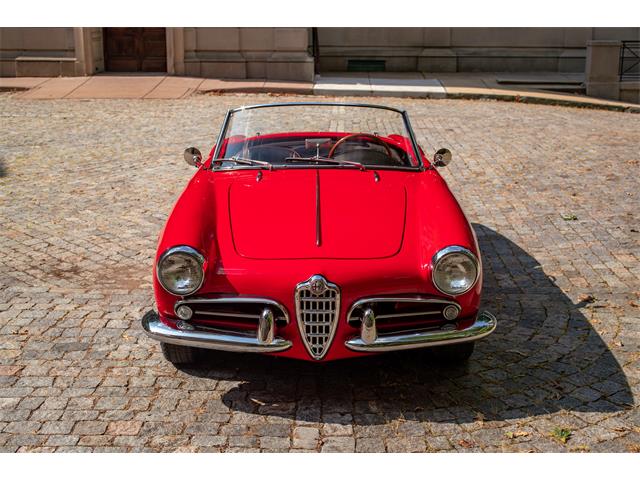 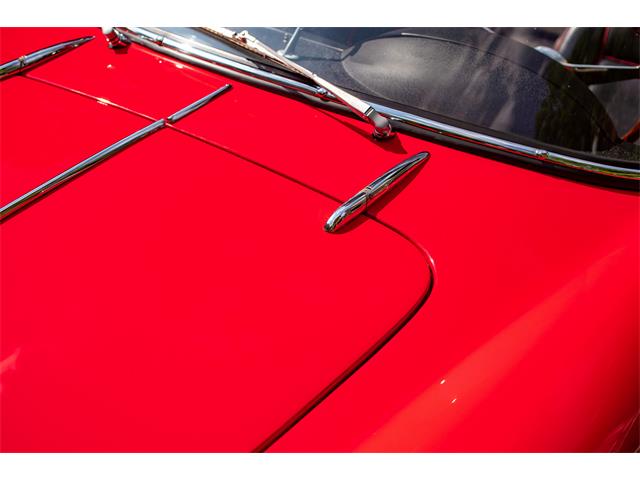 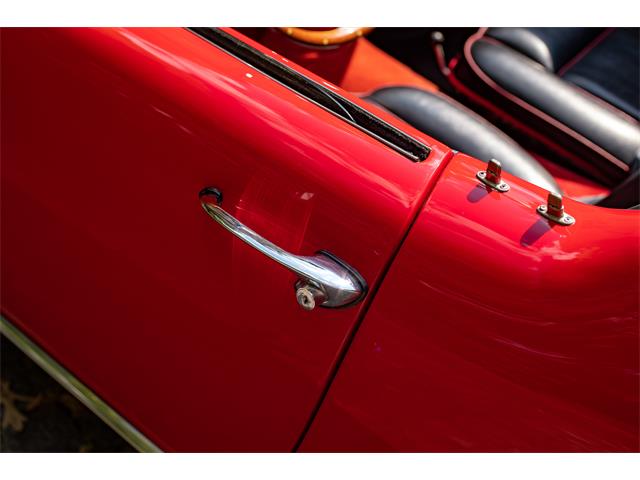 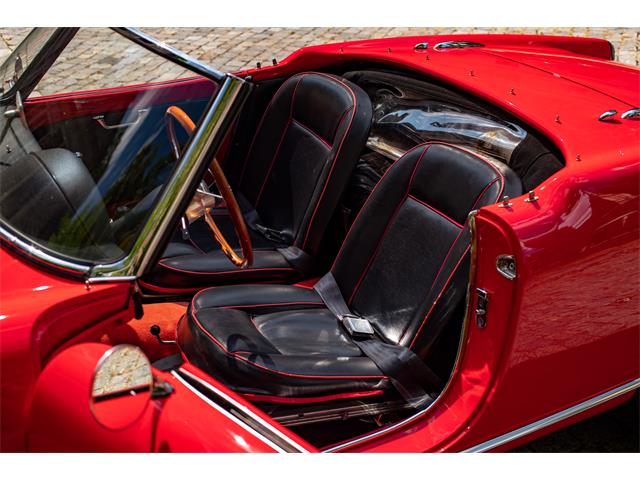 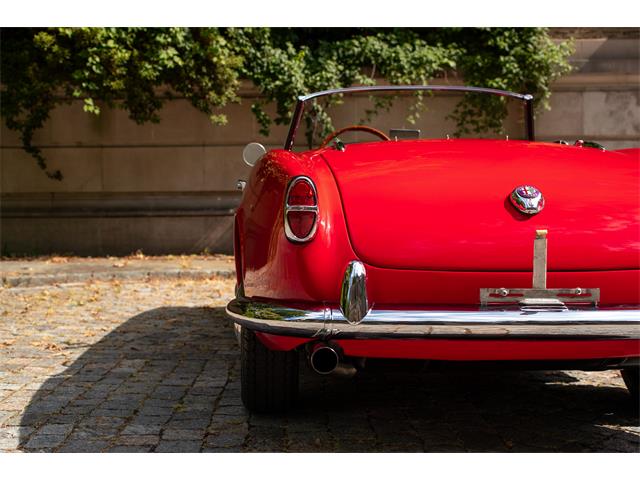 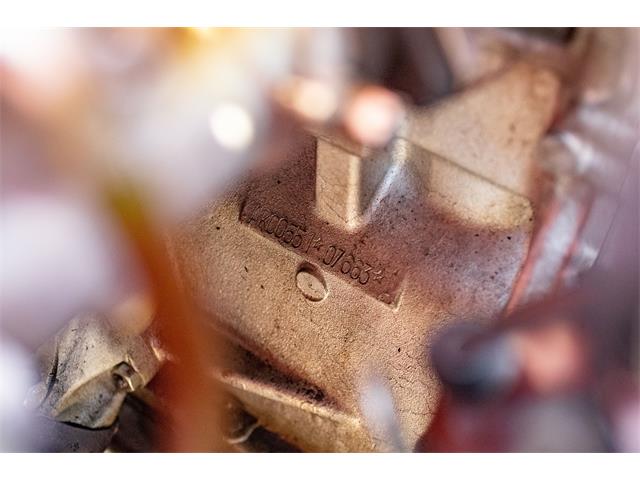 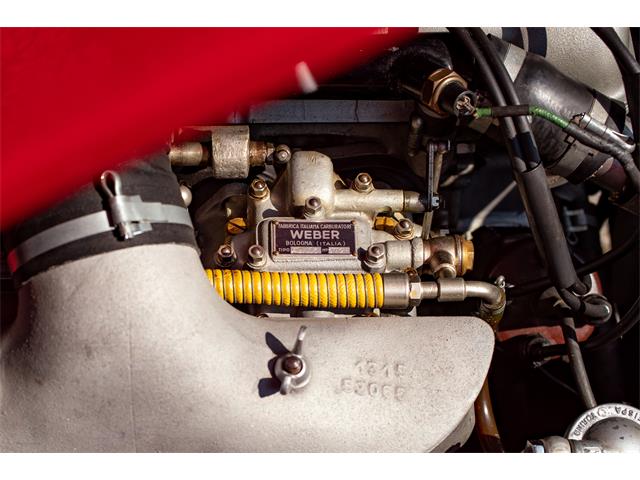 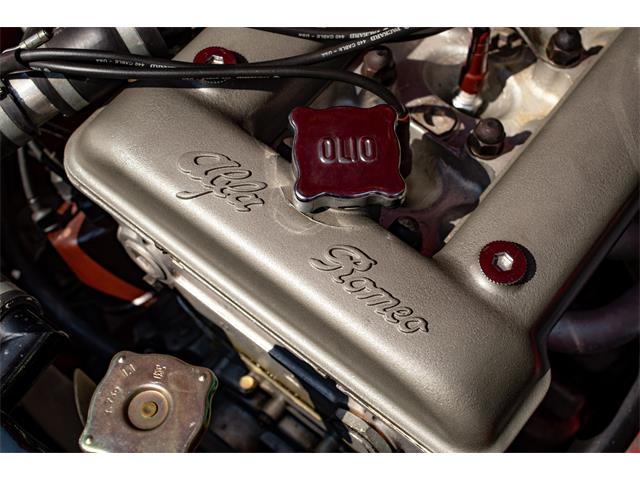 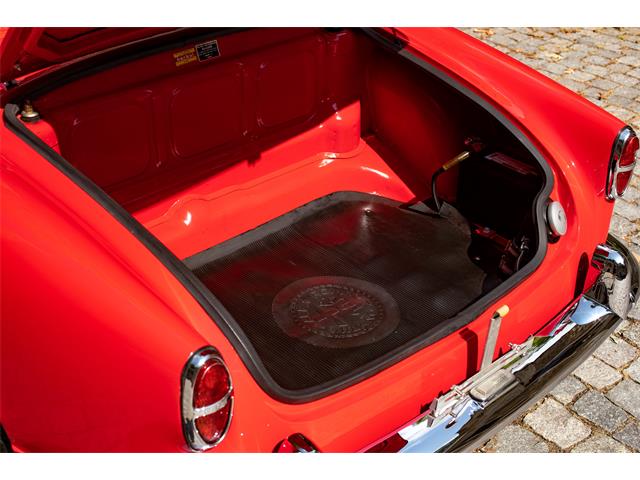 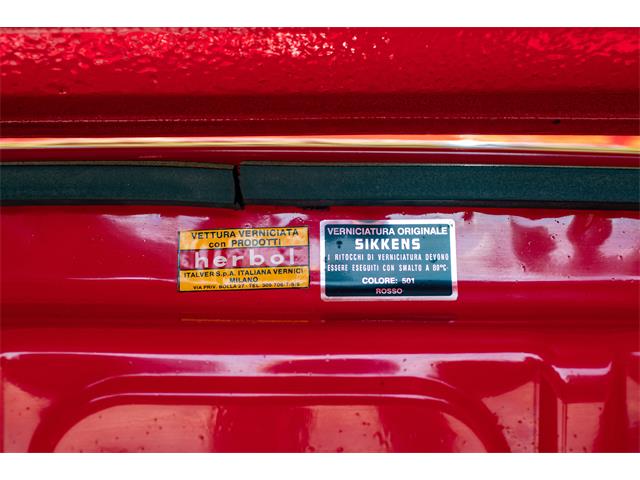 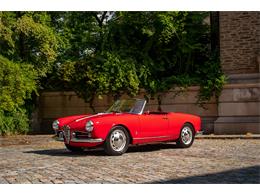 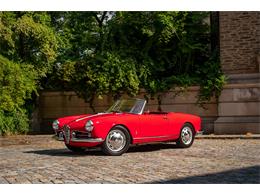 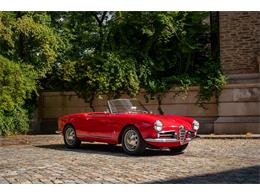 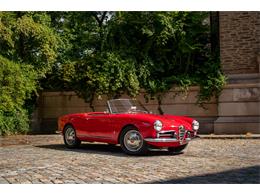 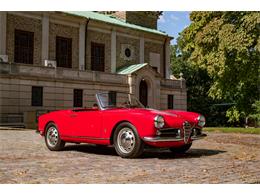 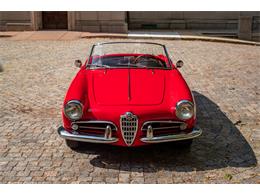 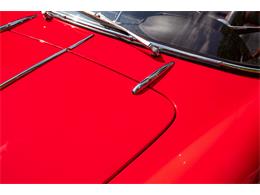 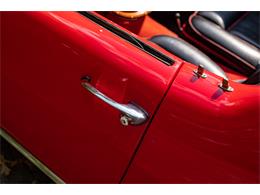 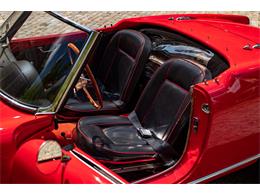 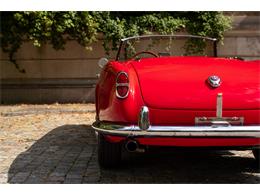 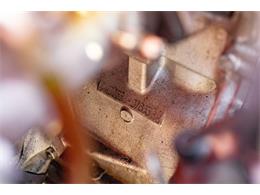 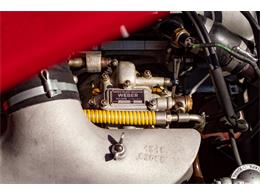 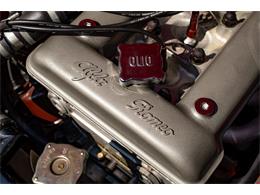 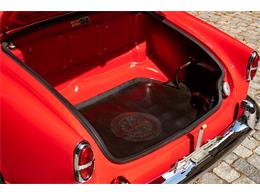 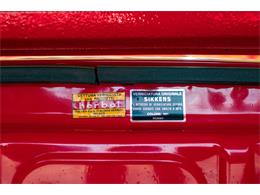 Alfa Romeo’s first post-war production car, the Giulietta Sprint 2+2 Coupe with coachwork by Bertone, debuted to the public at the Turin Motor Show in 1954. Demand for the then-handbuilt car quickly outstripped supply leaving Alfa Romeo to rethink their production strategy with a look towards becoming a high-volume manufacturer. In 1956, Alfa accepted Pinninfarina’s design over that of Bertone’s for their latest Giulietta Spider. Built on a modified coupe chassis, the Spider was built at the insistence of famed New York importer, Max Hoffman, who had seen how well open-top British and German cars were received stateside.

The first Giulietta Spider carried a revy 1.3L, all-alloy, twin-cam 4-cylinder engine. The drivetrain sat within a steel unibody chassis that weighed less than 1900lbs. As was the case with pre-war Alfas, dealers soon saw a demand for an uprated, more powerful version for customers with competition in mind. Giulietta Sprint and Spider Veloces arrived, complete with high-performance engines which raised the power by 15%, and modified bodywork. Just 1,203 Giulietta Spider Veloces were produced and today remain among the most desirable and collectible of the post-war Alfas.

We are very pleased to offer this restored example of the desirable Giulietta Spider Veloce 750F. Chassis 5660, was completed at the Milanese plant on January 3, 1959, finished in white and delivered to the US where it was sold through Hoffman Motor Car Co. of New York days later on January 20. It appears in the 1990s in the hands of Mr. Ralph Day. Day, owner of BMW of Concord in Concord, CA, embarked on a 3-phase restoration beginning with an interior refreshing by marque specialist Myron Ash of Ashcroft Restorations in Phoenix, Arizona, and exterior repaint by BMW of Concord in its present and current shade of BMW 308 Red. The restoration of the driveline, by Conrad Stevenson of Berkeley, CA, is most notable. Stevenson adapted the Veloce’s exhaust manifold, carburetors, air box and filter, headers, and oil sump, to a 1,750cc block, then mated the engine to an uprated 5-Speed manual transmission. The charging system was converted to an alternator while a larger front sway bar was added along with other suspension changes. Just before the turning of the new millennium, chassis 5660 appears as a participant on the storied California Mille and continues to wear its Nardi steering wheel, issued to tour participants, today.

In 2004 with 86,000 miles recorded, the Spider found its newest and current owner, a Philadelphia, PA-based European car collector. The car has been cared for and looked after since thanks to consistent service records on file, and now shows a scant 87,500 on the odometer.

An instantly recognizable styling form, and remaining one of the most popular Italian sports cars still, the Giulietta Spider is widely regarded as an ideal Alfa for tours and rallies. The uprated Spider Veloce with its nimble handling and revy twin-cam motor, together with the Pinin Farina styling, truly complete the package of classic motoring. This luscious red Spider certainly affords turn-key access to the country’s best and most exciting tours, rallies, and Concours events.