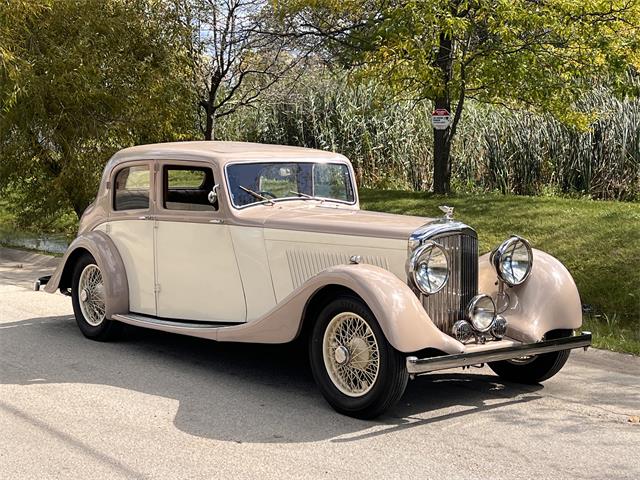 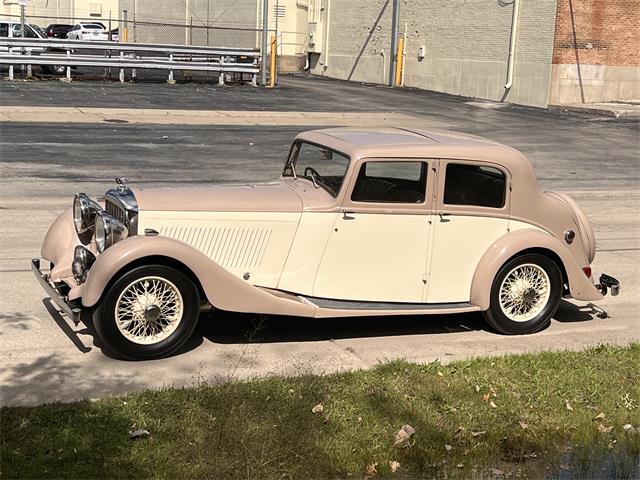 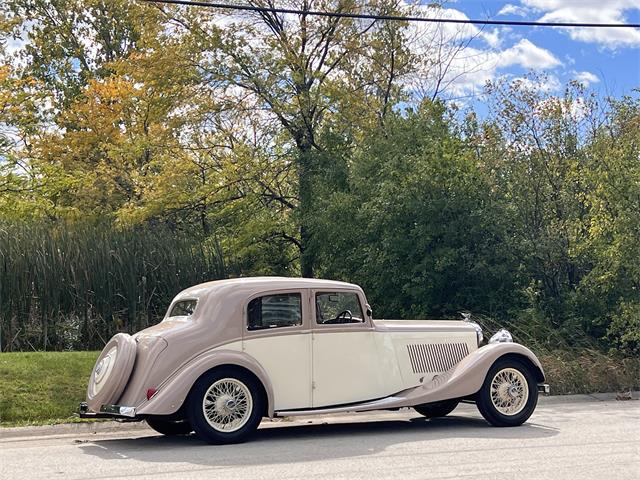 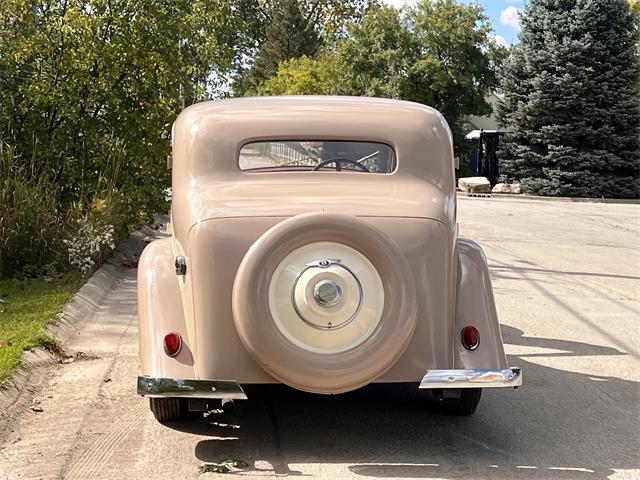 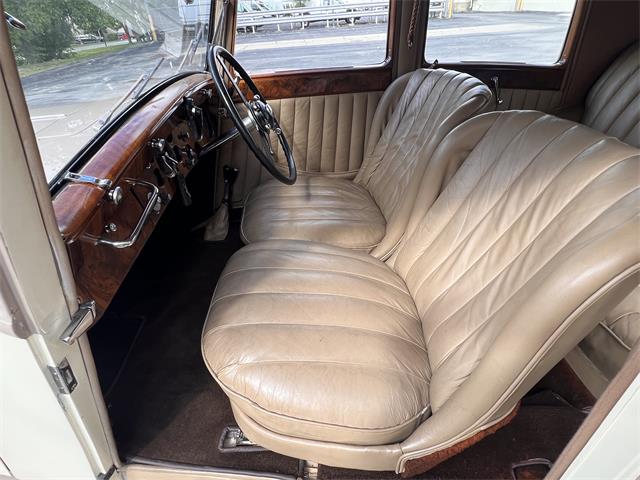 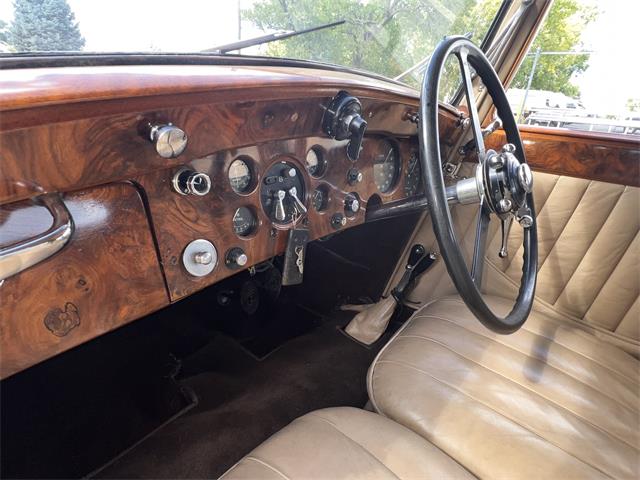 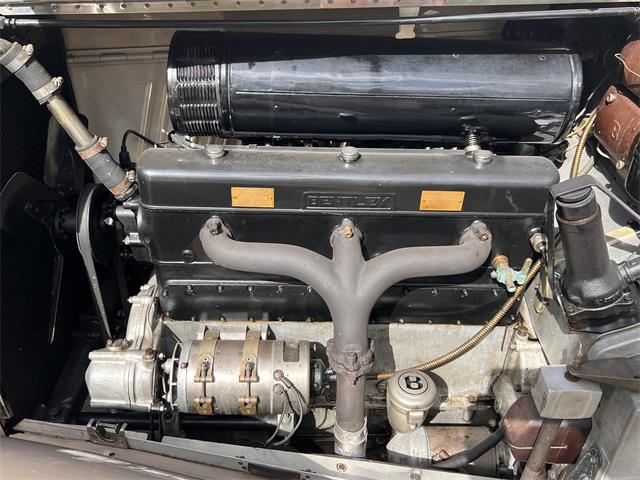 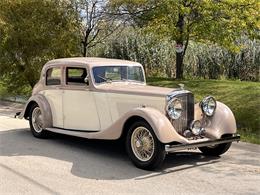 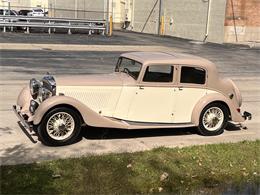 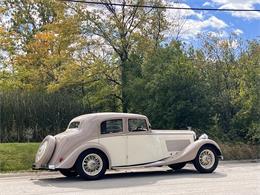 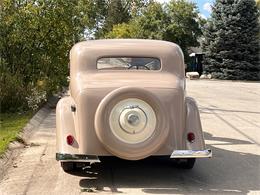 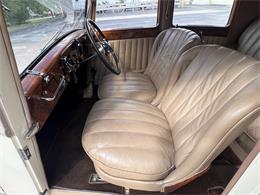 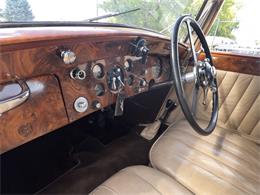 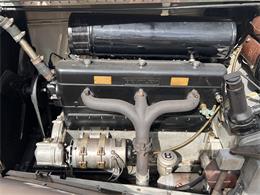 When introduced, the 4 1/4 Litre Bentley was thoroughly modern and designed to reliably cross Europe at high speeds in total comfort and safety. With its sweeping fenders, long hood, and handsome bustle-back trunk, it appeared as if it was in a constant state of motion. This particular 4-door saloon was a catalog model with a body by Park Ward. It received a comprehensive frame-off restoration that included a bare-metal respray in the 1990s, and the complementary two-tone beige and cream coachwork highlights the subtle elegance of the design. Among its many wonderful features are a sliding sunroof, massive Bentley headlights, and a traditional chrome grille with Flying B hood ornament. Streamlining is happily merged with old-world formality, giving the Bentley a sleek look that's appealing from any angle and thanks to quality work during the restoration, none of the old world craftsmanship is lost. All four doors close with a reassuringly solid 'thunk' and the car feels robust as it goes down the road. The car has been driven and toured, but that's the point of owning a Bentley.

Front seat occupants are treated to a pair of supportive buckets that wrap around your shoulders, almost as if they were anticipating energetic driving in the car's future. Fragrant tan leather hides are used throughout and have acquired a pleasant patina. There's natural burled walnut everywhere you look and the original instruments are fully functional. The sunroof slides back manually and there's a clever shade over the rear window that's controlled by a loop of string over the driver's door. The trunk is large and nicely shaped, and this particular car includes a pair of fitted suitcases. It also carries its original hub wrench, jack handle, and tool roll, although the tools are now stored in a very tidy panel built into the passenger's front kick panel. There's also a small canister full of replacement light bulbs. The spare tire, of course, is mounted outside in a metal cover.

On the road it's simply a joy, and it's here that you can see why Bentley enthusiasts prefer to drive rather than show. The machinery is just brilliant, with smooth clutch take up and well-chosen gears in the 4-speed manual gearbox, so the car can pull through them without interrupting the smooth flow of torque. Acceleration feels effortless in almost any gear and it cruises comfortably at modern highway speeds. The sleek sedan handles well and feels very precise.

Chassis no. B75LE has a mostly known history. Documentation includes original sales information, service records, and information cards, all put together in a bound volume. The car's history following the war is not known, but it surfaced in New Jersey in the late 1950s, eventually passing through the hands of noted Rolls-Royce collector Joe Loecy. It ultimately landed in the most recent owner's hands where it underwent a full restoration, which is documented with photographs and receipts. Since completion, the car has been a frequent participant in club events and long-distance tours and appeared as the cover car for the Derby Bentley Society's publication "On The Road." This is a fantastic opportunity to own a sorted, ready to drive and enjoy Derby Bentley with dramatic bodywork. A wonderful example that needs little more than a new loving caretaker. It is not perfect, it is not a show car, but like all great Bentleys, it drives superbly which is what it was designed to do from the start.