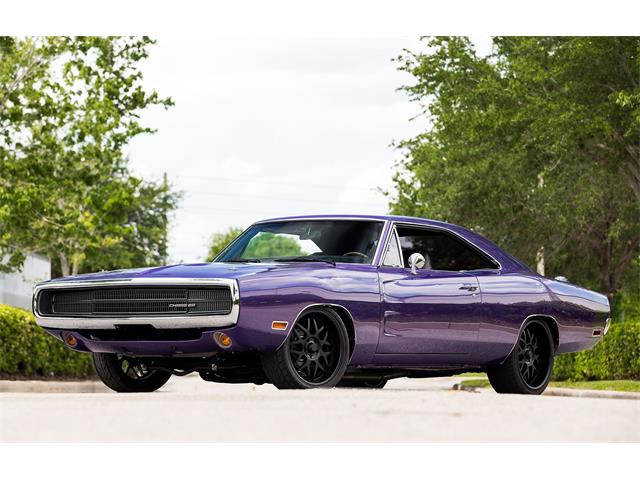 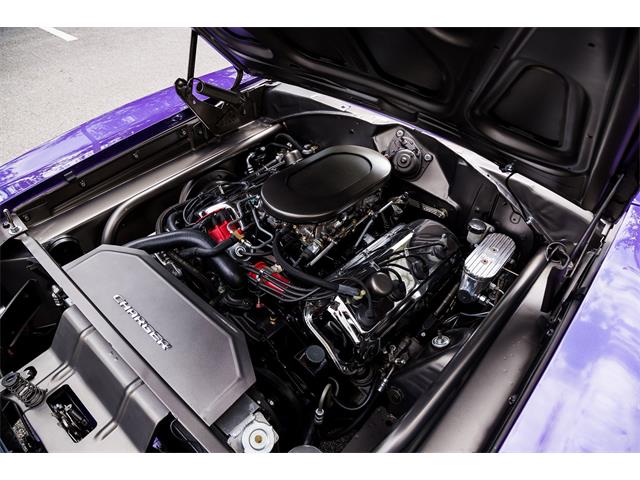 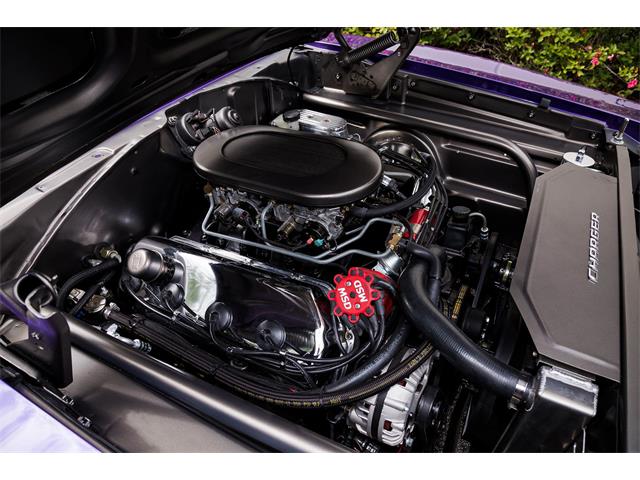 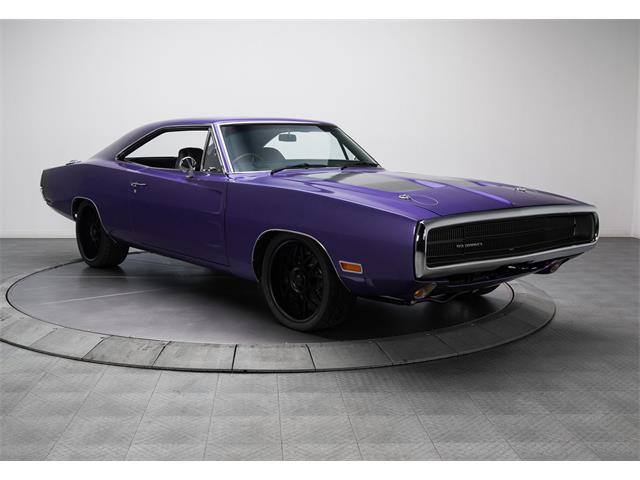 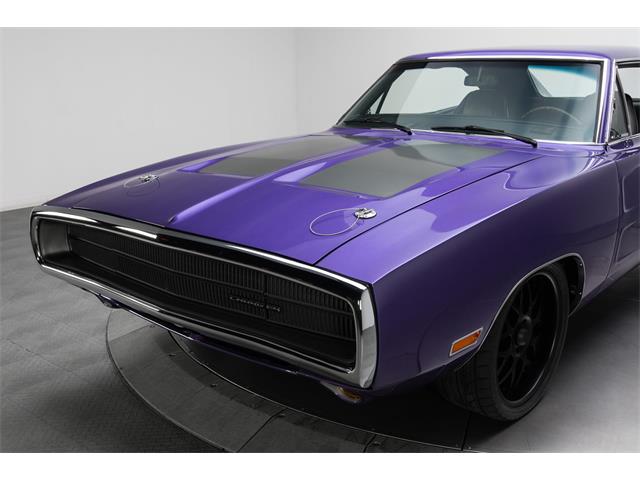 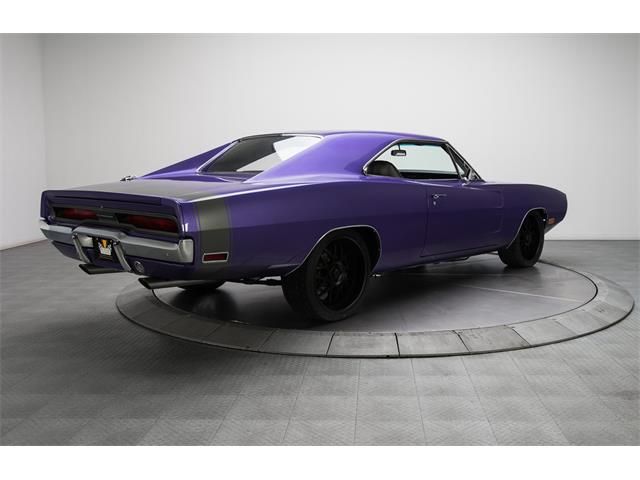 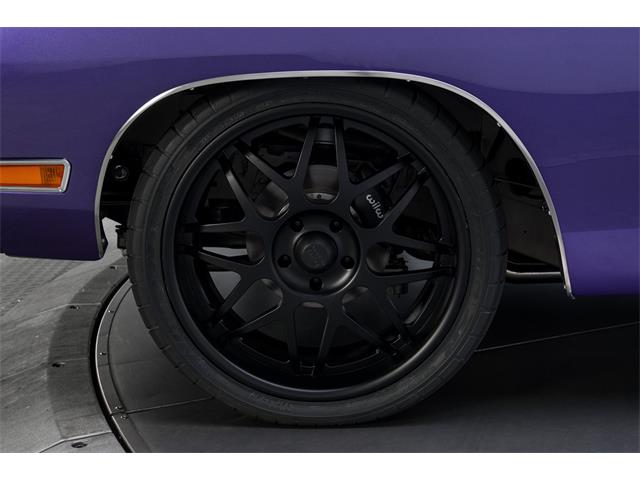 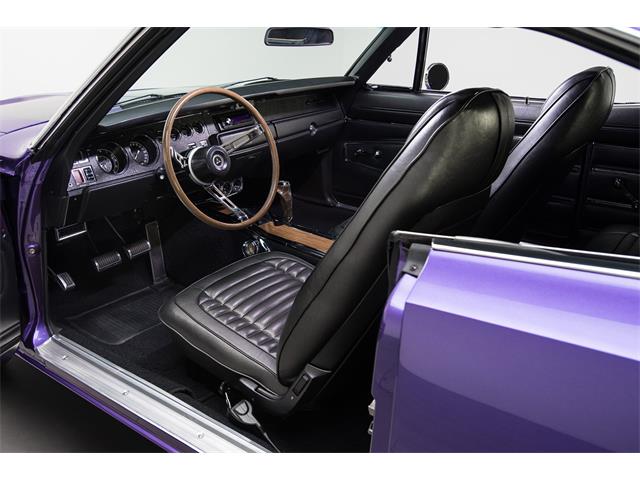 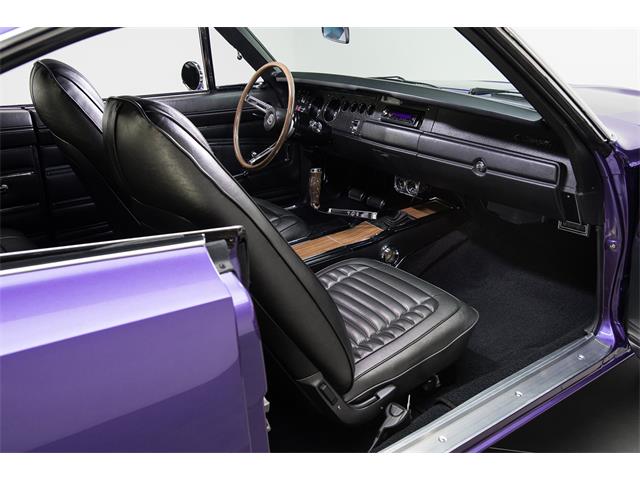 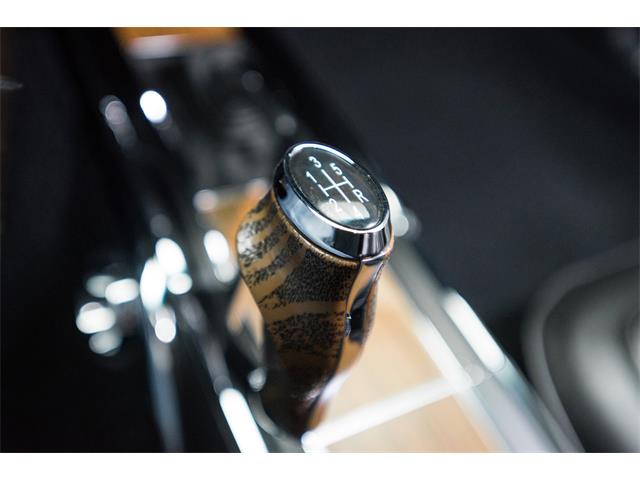 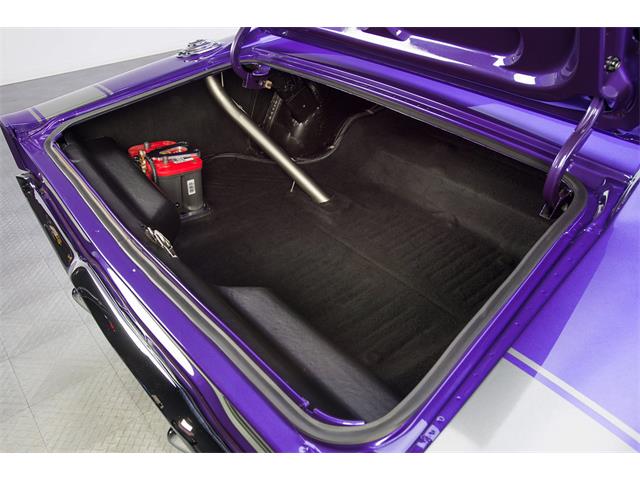 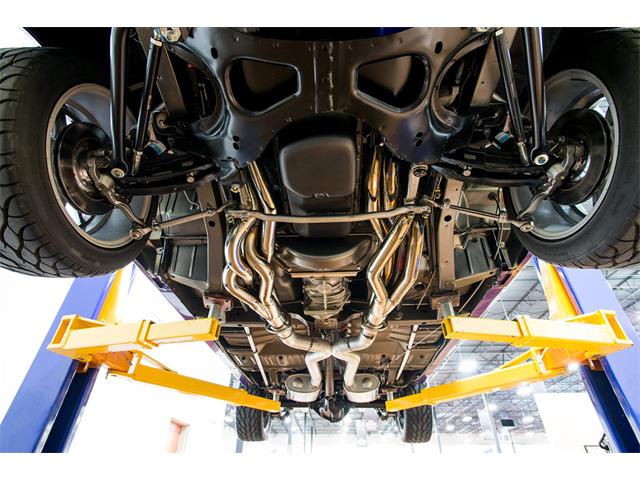 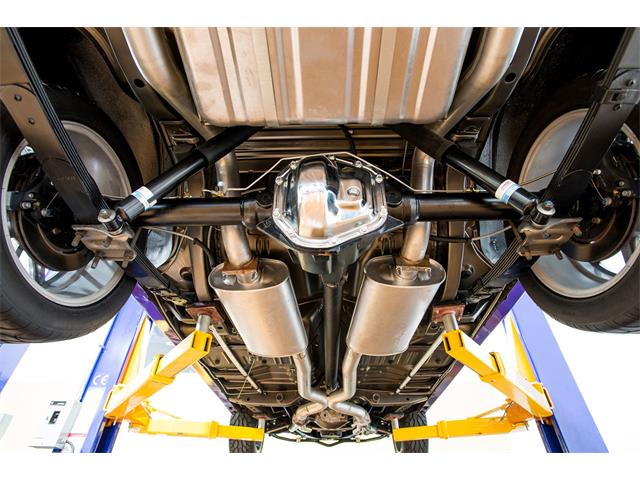 1970 Charger restomod built called the “Maximum Effect”? You know, the black Charger that was featured in numerous magazines, attended the 2010 Mopar Nationals, and sold for a healthy six figures before even debuting on RK motors website? This Plum Crazy Purple cruiser, dubbed “Maximum Effect II” is the sister project to that storied build. And naturally, it was assembled to the same incredibly high standards while incorporating a few tricks of its own.

First off, the car's body has been fully restored to better-than-factory specifications. And by that, I mean this Charger is INCREDIBLY straight. Look down its massive quarters and you'll find flowing lines, tight doors and even gaps. That flawless fit and finish is founded on comprehensive prep which included: complete disassembly, non-acidic chemical dipping, first class metal work and additional support bars for the engine bay. Once those basics were solid, the body was subjected to a coating process that included complete E-coat submergence and a 400 degree bake. After E-coating, priming and hours of blocking, Plum Crazy basecoat was layered in PPG clear. When that clear dried, everything was wet-sanded and buffed to an incredible shine. And finally, they installed Lamborghini Silver striping.

During the restomod it recieved a fully rebuilt jaw dropping Hemi engine. The big V8 creates snarling 11 to 1 compression thanks to a full roller valvetrain from Indy Cylinder Head. There's a pair of Edelbrock 4-barrel carburetors under a trick K&N air filter, which was CNC-whittled specifically for this application. A set of March pulleys, custom 6061 aluminum fastener bezels and a high efficiency, 2-core radiator add a bit of flash. That radiator is shrouded with a modern Charger logo - subtle, but effective. And finally, TTI long-tube headers dump spent gases into 3-inch TTI pipes and beefy Dynomax mufflers that make the car sound like an approaching thunderstorm.

It was fitted with a Tremec TKO600 5-speed. Combining a short 1st gear with a tall 5th gear overdrive, this set up allows the driver to enjoy the best of accelerating AND cruising. Power is transferred from a hydraulic clutch to a Dana 60 axle, which spins a limited slip differential around 3.55 gears. At the front of that drivetrain, a modified Firmfeel suspension mixes tubular control arms, Bilstein shocks and .5-inch lowering springs with adjustable strut rods, a 1.25-inch sway bar and urethane bushings. Out back, re-arched leaf springs, which drop the car an inch, perfectly complement a second pair of Bilsteins. Braking is better than even '70s race cars, with aluminum Wilwood calipers clamping 12-inch Wilwood discs at all four corners. And on the outside of those discs, '60s-inspired Coys spin wheels with BF Goodrich radials.

Well, what else is there to say? This Charger is as finely crafted as any street rod or custom, packs a walloping Hemi under its hood and is an absolute blast to drive. It's not over-the-top, but rather a subtle evolution of one of the most popular and potent cars Chrysler ever created. If that's your kind of fun, check it out at the auction block. The clock is officially ticking…