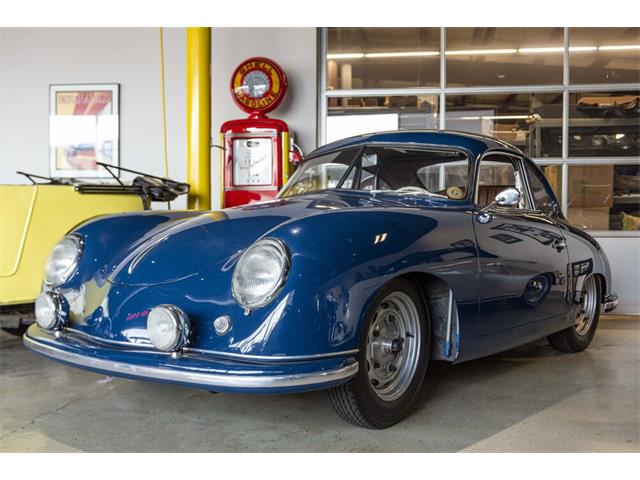 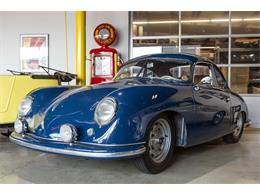 The Porsche 356 was a turning point for the sports car. Impressed by the lightweight, small-displacement Volkswagens of the era, Ferry Porsche set out to improve on the concept and build what he referred to as “a modern sports car.” The result was an aerodynamic, featherweight coupe with increased power over the economical VWs. With all-aluminum bodies and spartan interiors, the cars were an instant hit with European race car drivers. As production increased, these aluminum prototype cars were redesigned for street use. Aluminum was replaced with steel bodywork, constructed by famed coachbuilder Karosseriewerk Reutter, and engine displacement further increased. Still, the fundamental concept and overall design remained identical.

Early “Pre-A” Porsche 356s are among the most desirable examples of Porsche’s debut offering. With minimalistic styling and an instantly recognizable split window design, the Pre-A coupe is a beautiful, timeless design. This early styling was quickly revisited, changing the window design so a single-piece construction and then transitioning to the 356A designation in 1955. They were offered with the choice of two engines: 1,100cc or 1,300cc. While excellent designs, these early engines were often seen as too limited in their power output. Similarly, the non-synchromesh transaxle was a significant step forward for the 356 but were considered cumbersome during everyday driving. Still, few of these early split-window coupes were ever constructed, making them a highly sought-after piece of Porsche history despite their comparatively primitive running gear.

The 1952 Porsche 356 Pre-A Split-Window Coupe is one with a fascinating history. This car, chassis number 11185, was discovered by well-respected Porsche enthusiast and race car driver Peter Brittingham. For over a decade, Pete was hard at work rescuing and enhancing the forgotten 356 and building it into his ideal specification. The body was restored to factory specification and painted an attractive shade of blue, paired with correct Pre-A matched bumpers. The interior was refinished to correct specification in brown and tan, with bucket seats later added for additional support. The original-style seats remain with the car and are included in its sale. To improve the cars drivability, Mr. Brittingham utilized a 1,600cc engine sourced from a Porsche 912 paired to a later synchromesh 4-speed transaxle. The combination retains all of the winning characteristics of a Porsche 356 with a wonderfully usable increase in performance. The suspension was also set up with track use in mind, with Koni Classic shocks and a heavy-duty swaybar keeping the car under control at any speed. The result is sublime, with all of the classic stylings of a Pre-A coupe and the performance characteristics that made the Porsche 911 and 912 so universally adored. For the Porsche enthusiast, few cars hit such a sweet spot.