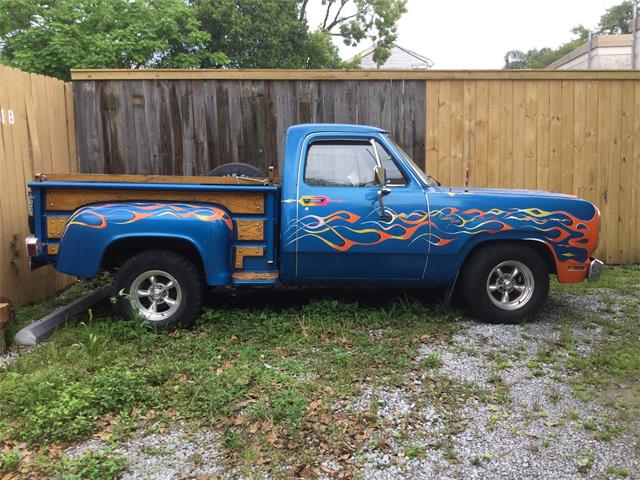 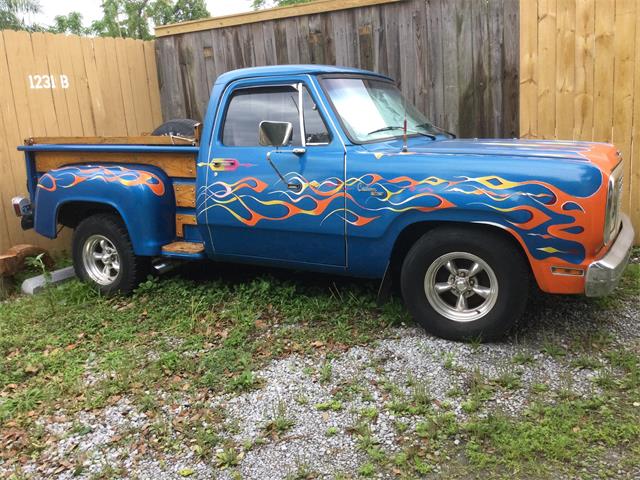 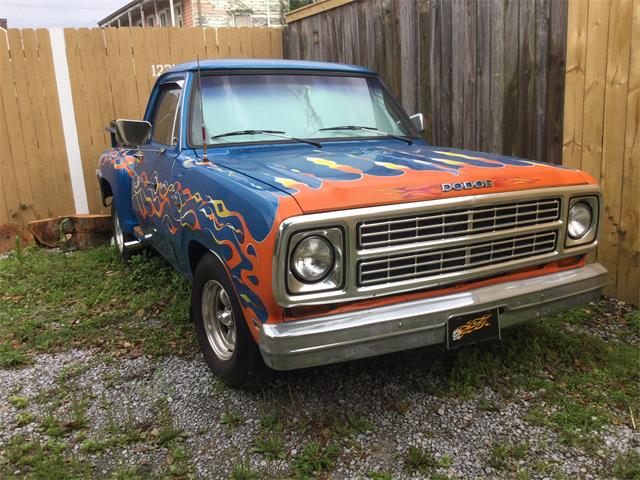 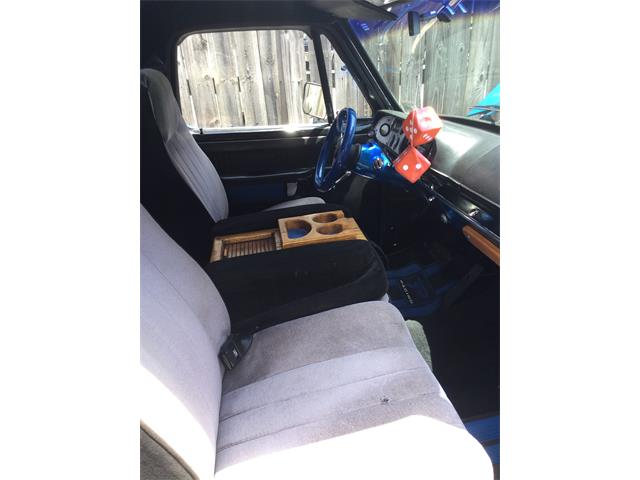 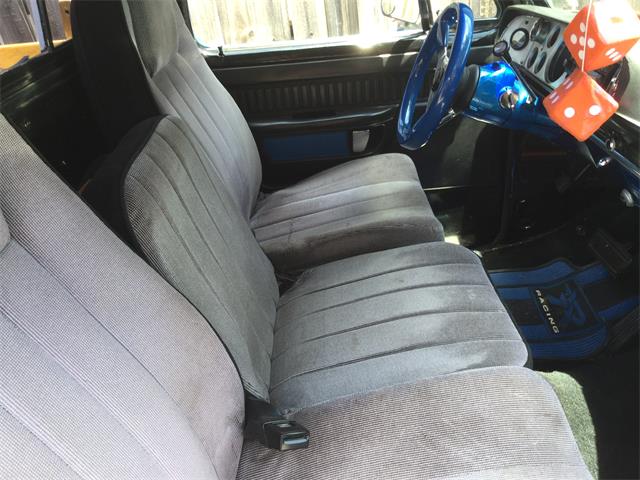 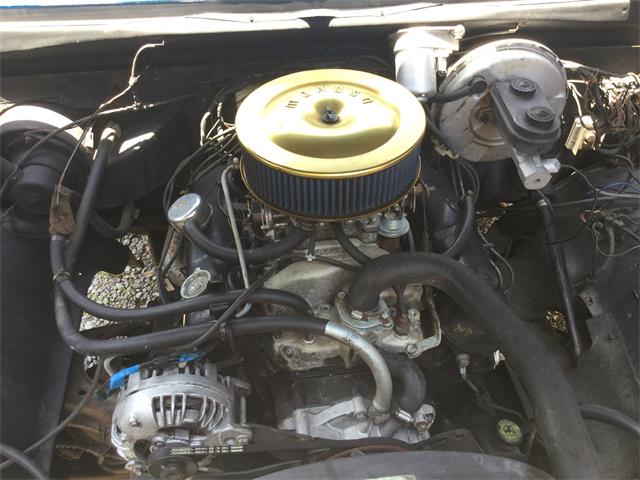 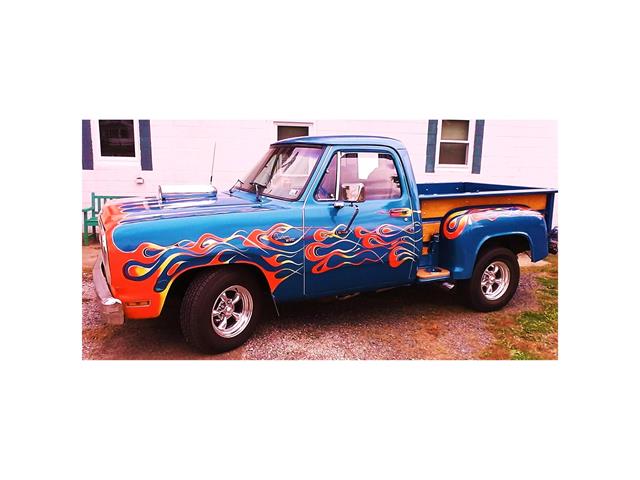 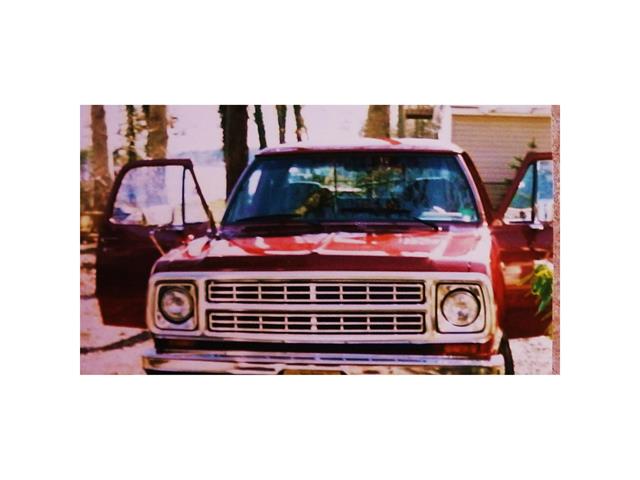 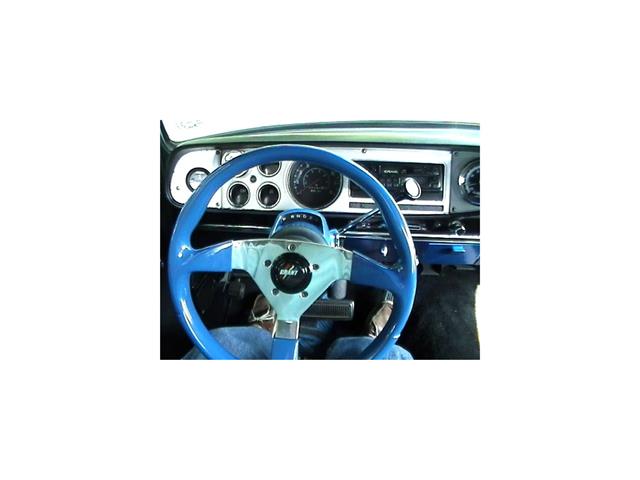 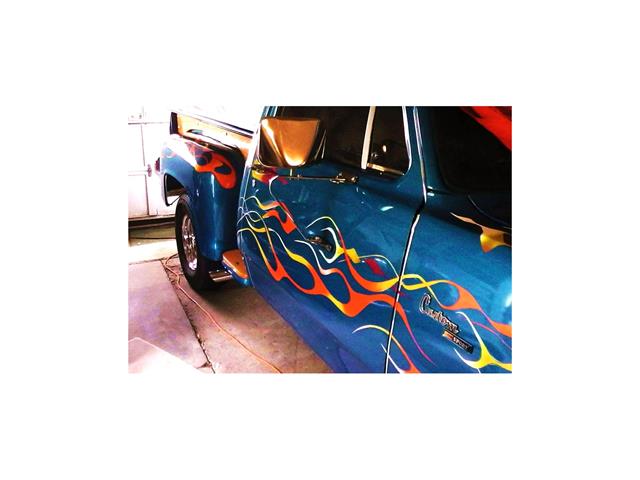 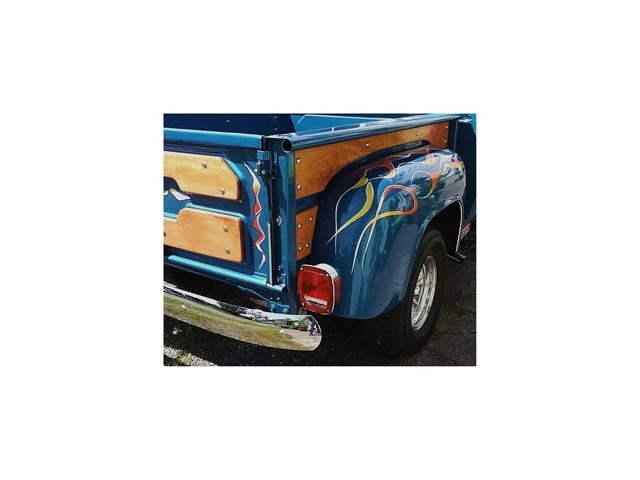 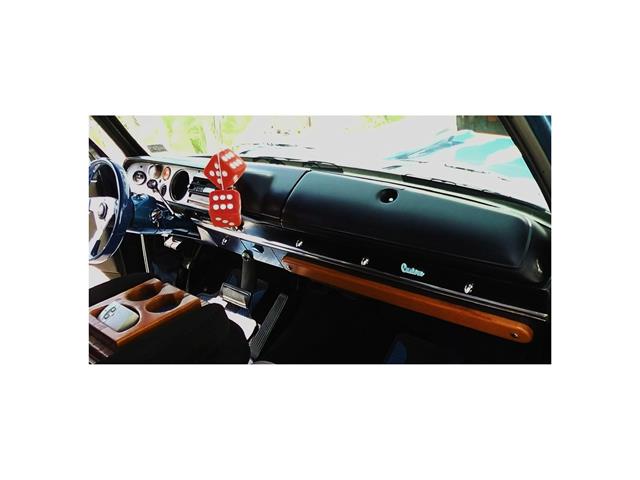 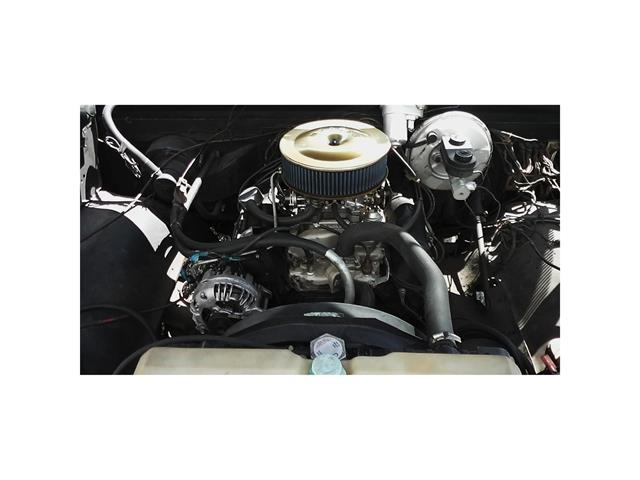 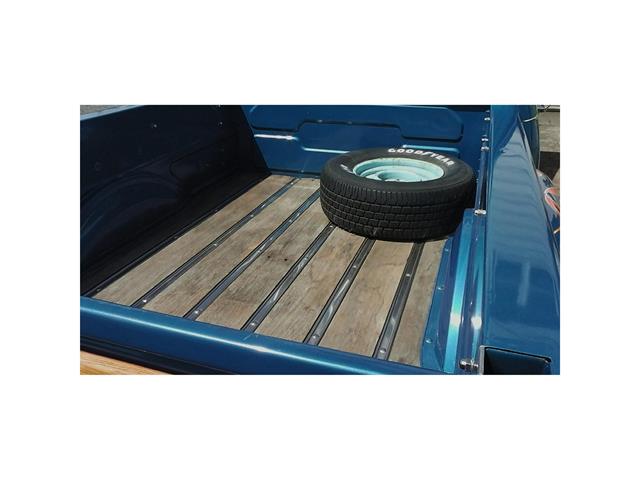 Unique, flame-painted attention-grabbing old-school pickup with a most interesting history! This truck was hand painted, hot rodded, and lovingly owned for 22 years by a seriously interesting artist musician and classic car collector who over the years shared the stage with the likes of Little Richard, The Dovells, Danny and the Juniors, Jimi Hendrix, and the Everly Brothers, to name just a few. It’s a Custom Sport D100 with center console that was originally maroon with a six cylinder engine, but whose acceleration was improved by the addition of more gutsy engine and tranny approximately 30,000 miles ago by a noted performance speed shop in New Jersey. They put in a 318 Chrysler bored out to 323 with cam, headers, high-rise aluminum intake, Edelbrock quad carb, new radiator, and a fresh 727 tranny built by a pro street racer, yet it’s never been raced!

It Sounds great, looks fabulous, turns heads everywhere you go, and could easily be a daily driver. I drove it here from the northeast over twisty mountain roads in North Carolina as well as on the freeway without any issues at all, averaging 15 mpg, and have since installed a new battery and fuel pump, fixed the seats, and got the radio working again. The only issues are a few minor rust bubbles that most folks won’t notice, a makeshift but functional hood release cable, and some rust in the front floor pans and rails as you might expect, but again, few would even notice or care. Oh, and the fuel gauge is inoperable and most likely needs a new sending unit. Mufflers are in surprisingly good condition, window cranks work, as do the rest of the gauges. Has a nice rumble at idle and a bit of a roar when pressed. 😉 I’ve got several more pages of detailed info in print form, but rather than post it all here, I’ll provide copies of everything to the buyer, presumably a rock and roll and hot rod lover like myself.

Note: The musician’s name, history, including photos of both the truck and the artist taken during restoration and at the time of sale to me several years ago, along with his personal account of his car collecting passion (he wrote that he owned over 1,000 during his lifetime) will be provided to the buyer, along with two unopened copies of his most renowned musical achievement on CD, which a noted British composer once called “The Penultimate Work of American Rock-n-Roll!” In addition, I will include two signed and dated copies of my most important essays now that my writing days are (hopefully) over and I finally get to move to the mountains.