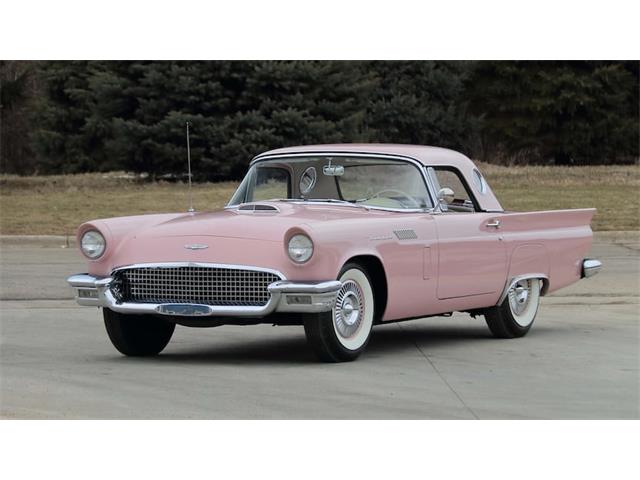 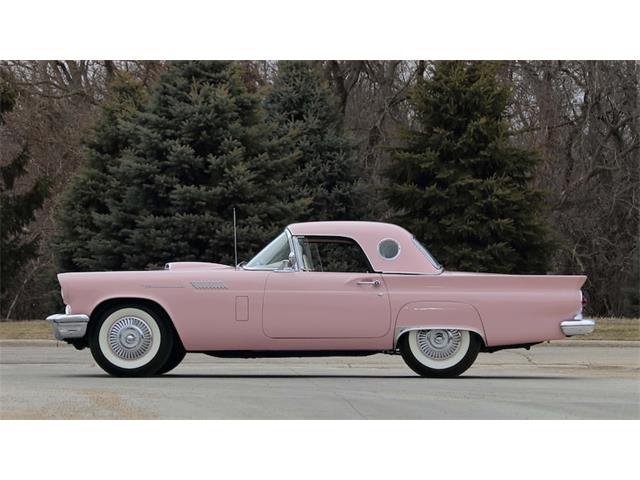 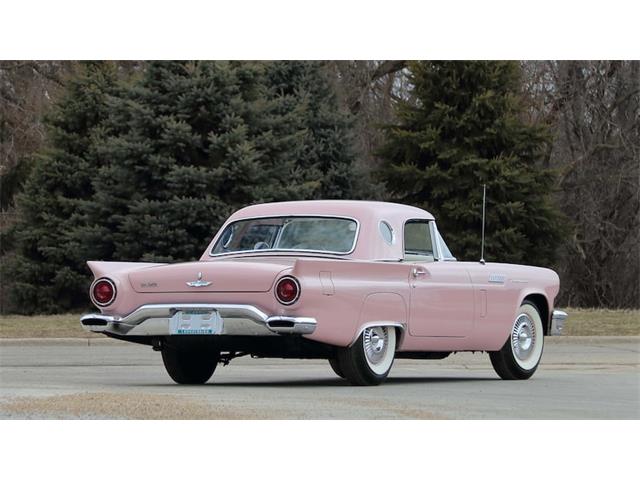 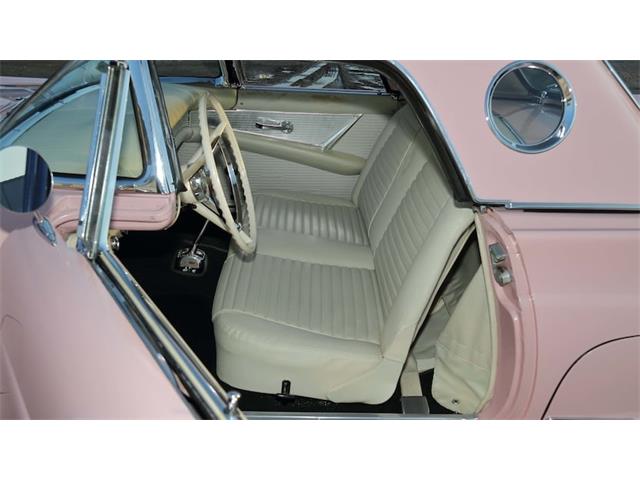 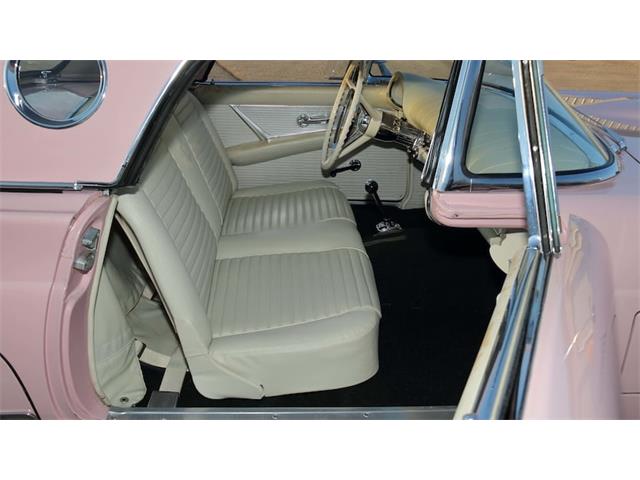 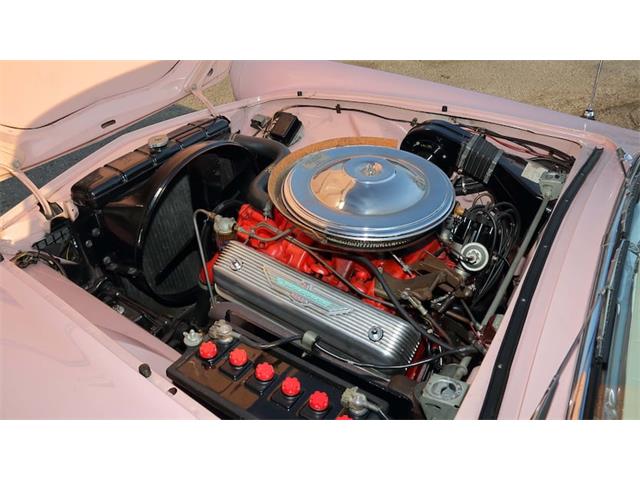 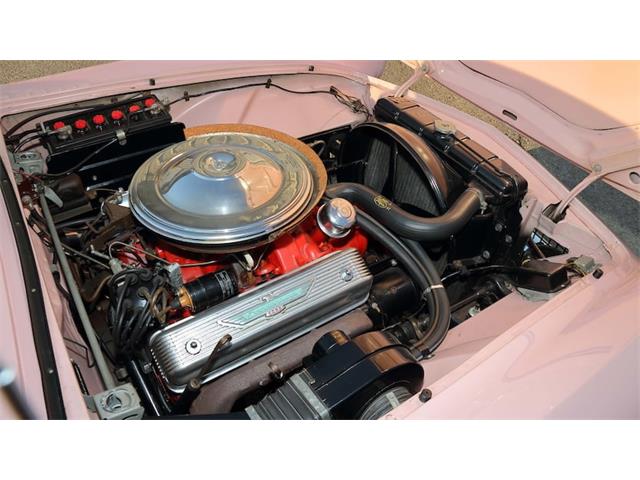 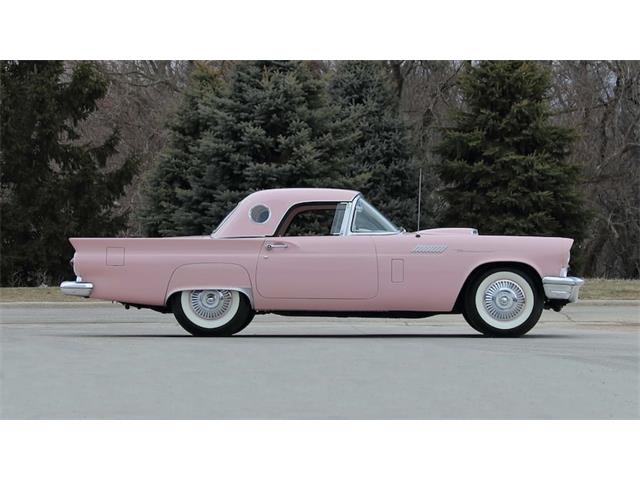 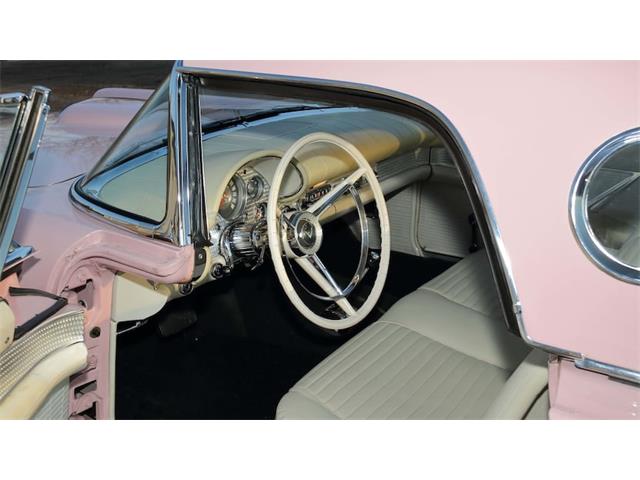 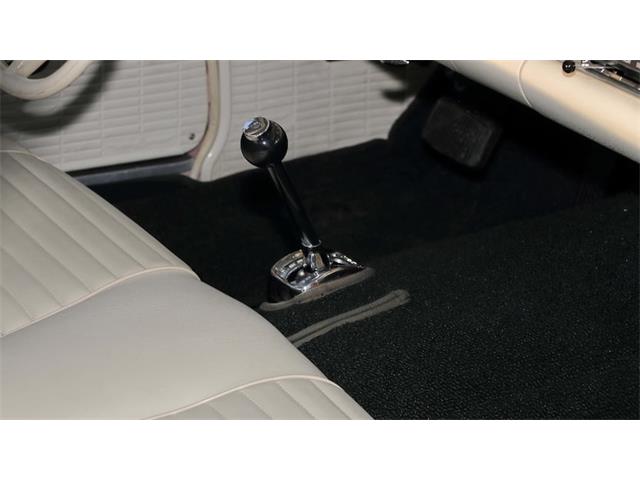 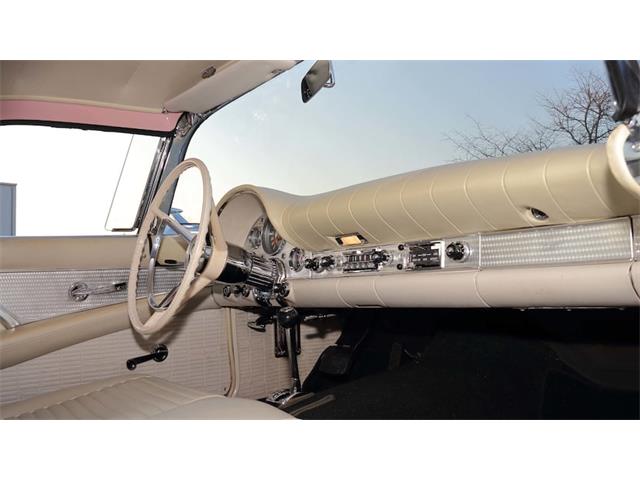 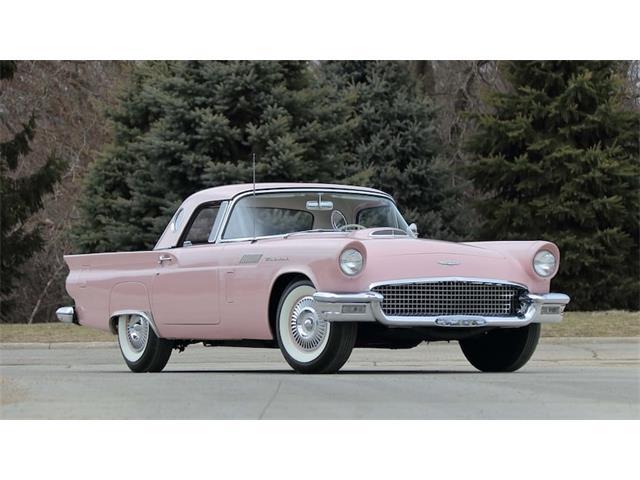 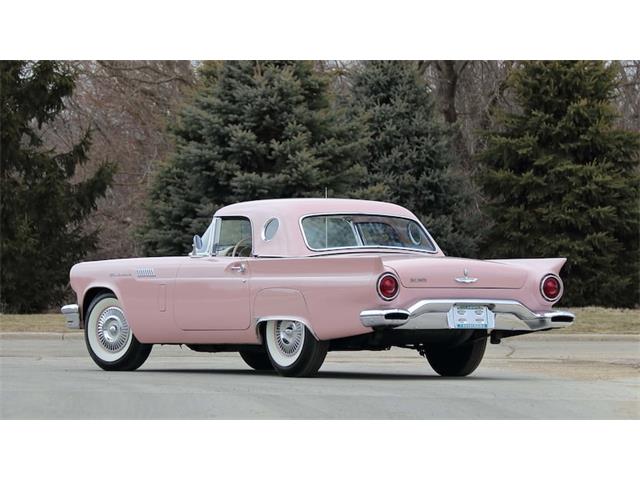 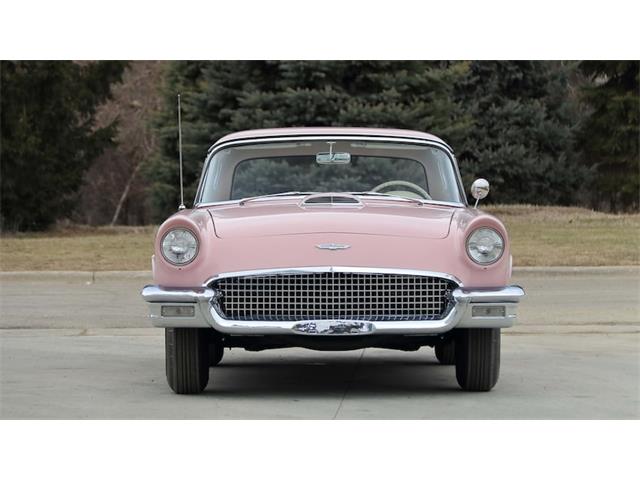 Painted in Dusk Rose and fitted with a Colonial White interior, this 1957 Ford Thunderbird is certain to find a new home, as it’s being offered at no reserve. A porthole top, fender skirts, wide-whitewall tires and turbine-style full wheel covers complete the “gotta have it” options on this classic T-Bird. Even the most casual Thunderbird watcher can tell the difference between the ’57 model and its 1955-56 first-generation brothers thanks to the 1957’s major restyle. While its overall length remained unchanged, the car’s rear deck was lengthened, and its tail fins sharpened and slanted outwards for a whole new look. The Continental kit was discontinued, and the spare tire was moved back into the trunk (which helped the Thunderbird’s handling, as having all that weight on the tail prove dungainly). The rear bumper was enlarged and redesigned, with big exhaust vents at each corner. The front bumper was new and bigger, too, complementing anew, wider grille.Under the Thunderbird’s hood, several variants of the Thunderbird Special V-8 were available. Because this car was equipped with the Ford-O-Matic automatic transmission, its 312 CI V-8 produced 245 HP and 332 lb-ft of torque. The ’57 T-Bird received an interior redesign as well, with a new upholstery pattern and door trim. The restyled instrument cluster grouped several round gauges, including the speedometer, behind the three-spoke steering wheel. Look beneath the padded dash to find, between the driver and passenger, the optional Town & Country radio.As it turned out, 1957 marked the final year of the two-seat Thunderbird’s manufacture. Ford cranked out more than 21,000 of them, far exceeding the 10,000annual unit sales that Blue Oval bean counters planned when the car debuted in 1955. Still, 21,380 Thunderbirds is a drop in the bucket compared to the hundreds of thousands of Customs and Fair lanes Ford produced that year, making the two-seat T-bird a relatively scarce Ford collectible of the late 1950s.