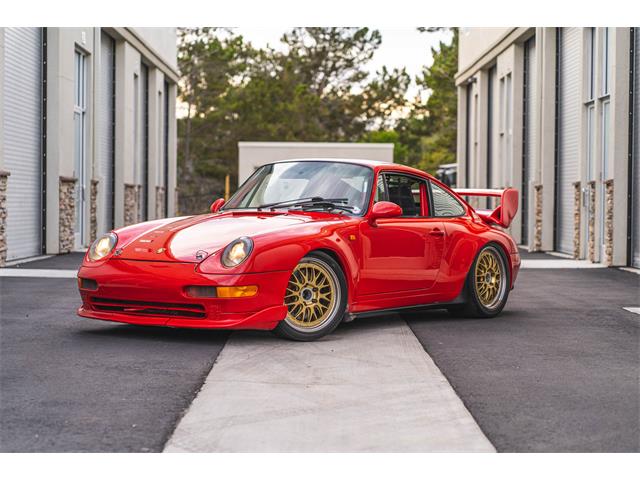 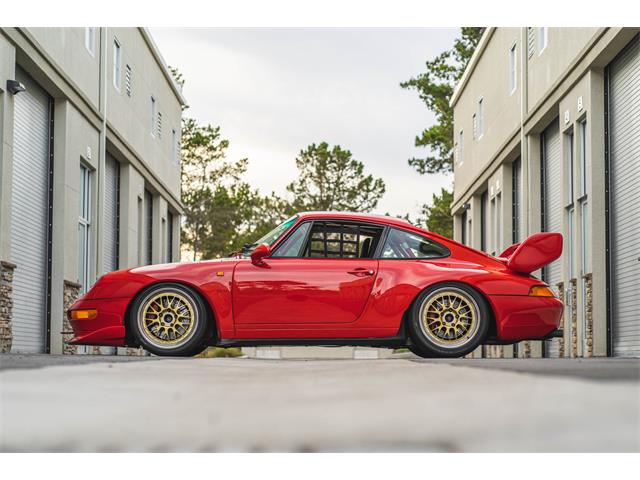 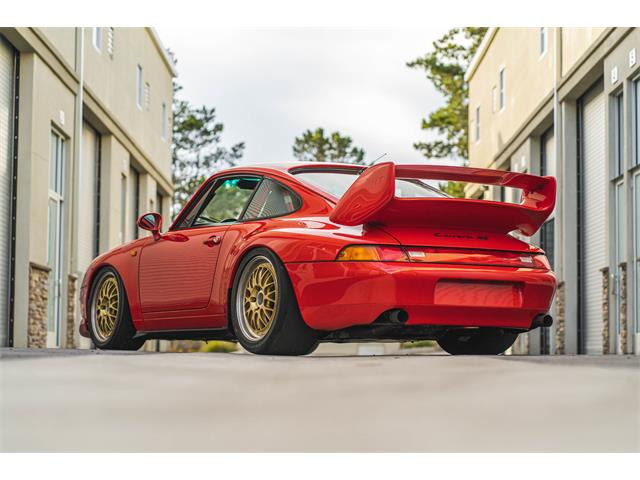 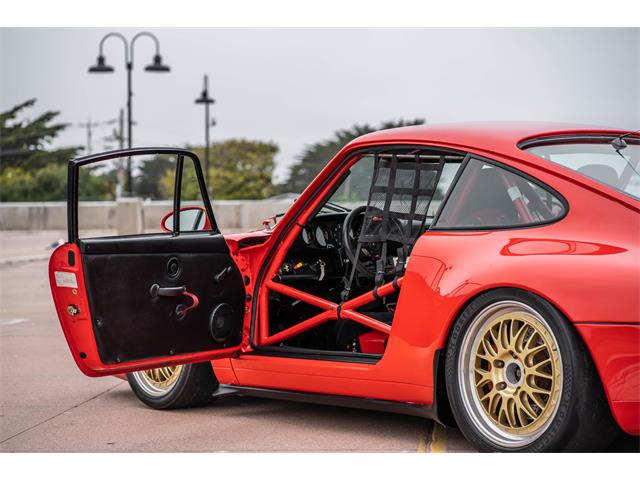 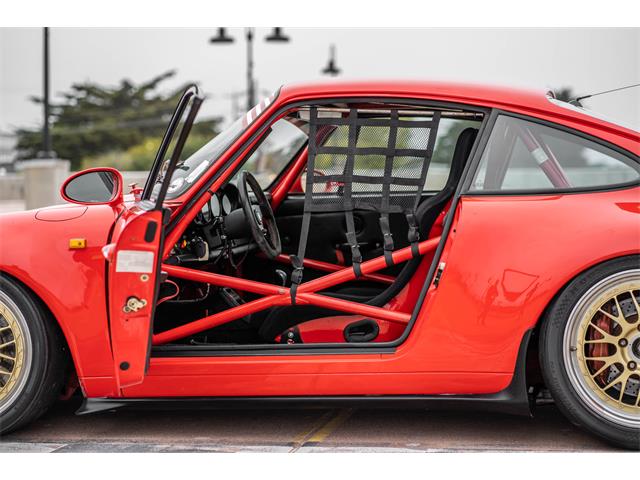 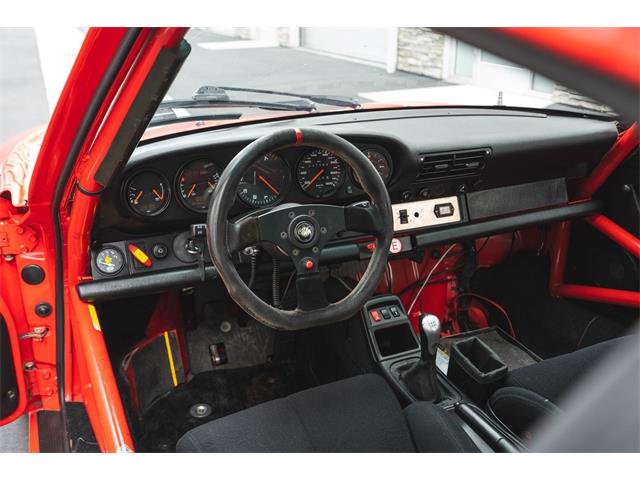 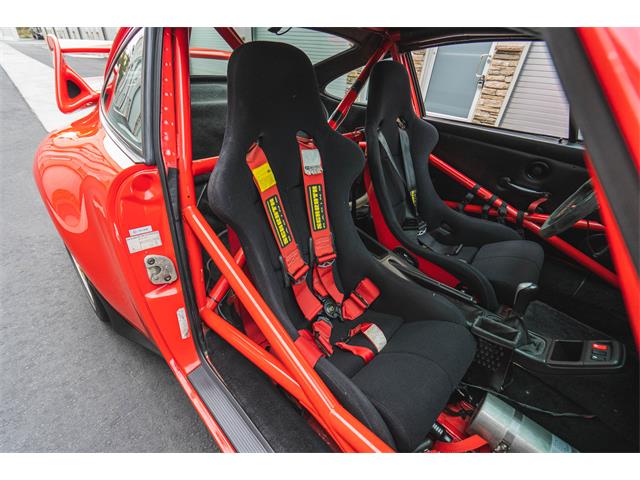 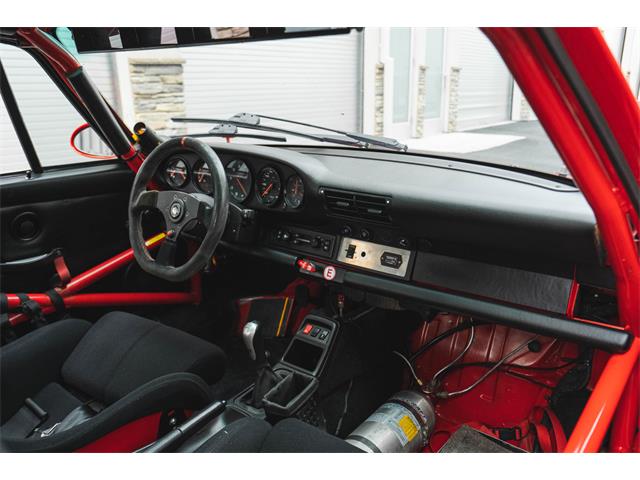 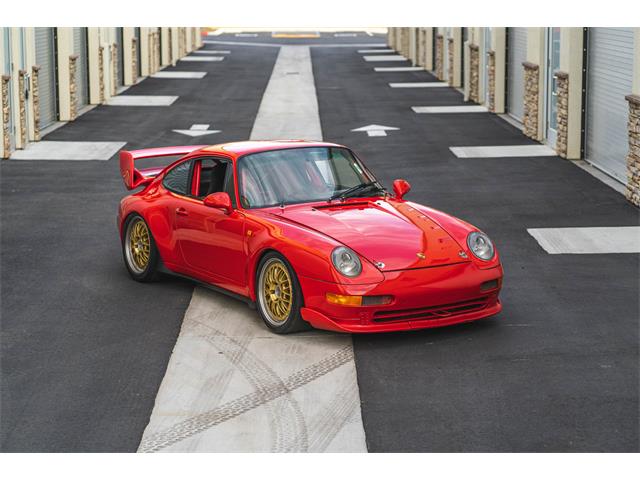 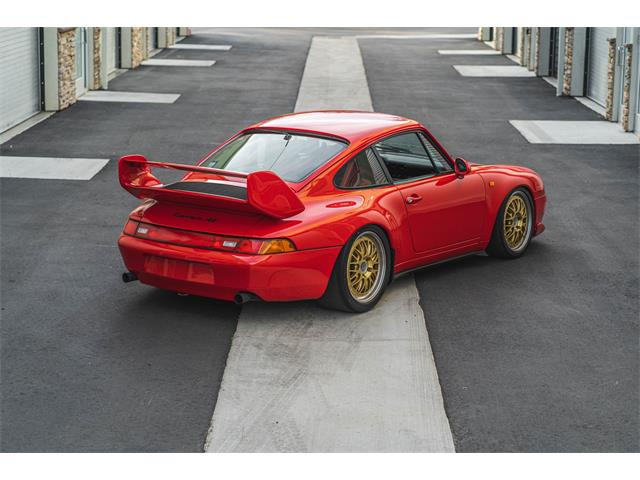 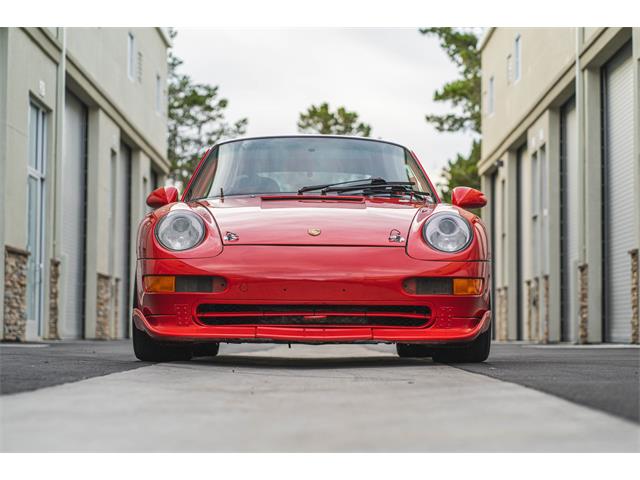 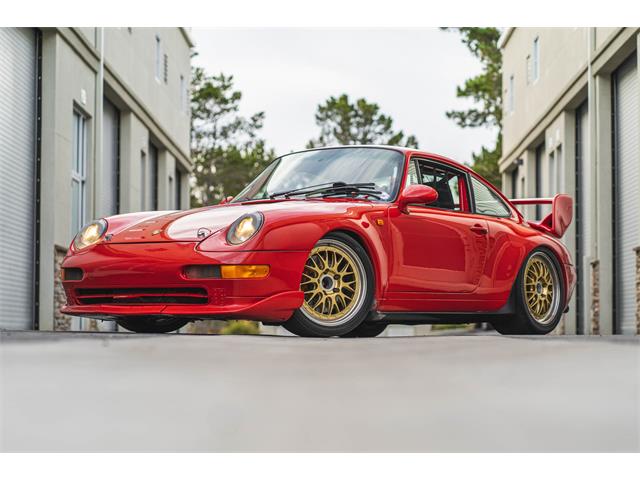 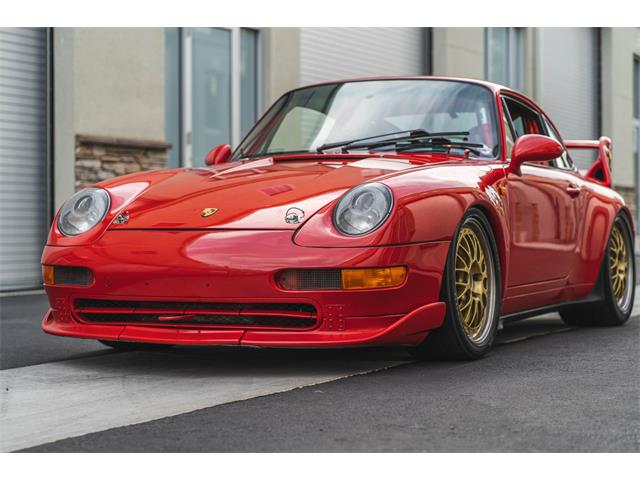 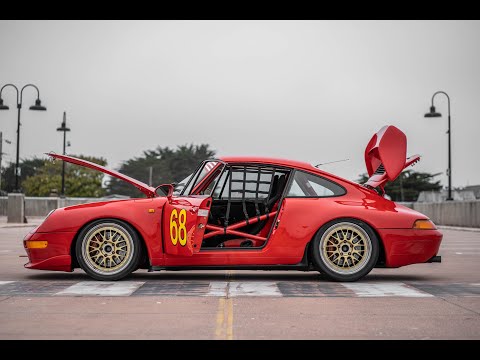 This 1995 Porsche 911 Carrera RS was optioned new with the track-focused Clubsport package, which was designed in an effort to homologate the car for the BPR GT3 and GT4 categories. It was sold new in Germany and was modified by RUF Automobile of Pfaffenhausen, Germany, in 1997 before it was imported to the US later that year. It was acquired by the current owner in 2003 and subsequently campaigned in SCCA and PCA events. The car is finished in red with yellow numbers over black upholstery, and power comes from a 3.8-liter flat-six paired with a six-speed manual transaxle and a limited-slip differential. Equipment includes adjustable front and rear spoilers, an anti-lock brake system with ‘big red’ calipers, 18? BBS multi-piece wheels, an aluminum alloy hood, a Matter roll cage, Recaro seats with six-point harnesses, a cool shirt system, and a fire-suppression system. This Carrera RS Clubsport race car is now offered on dealer consignment with four spare yellow-painted 18? BBS wheels, German registration documentation, service records from new, correspondence with Porsche and RUF Automobile, SCCA and PCA Club Racing logbooks, and a bill of sale.

The Carrera RS was offered exclusively for the Europen market for the 1995 and 1996 model years, and the Clubsport was the track-oriented variant. Compared to the standard Carrera RS, the Clubsport features a seam-welded body shell, an aluminum alloy hood, thinner side glass, and an adjustable rear wing.

This example is finished in red features a Lexan windshield, a Supercup front spoiler, a Porsche Club of America windshield graphic, side marker lamps, cowl-mounted cutoff switches. Paintwork was performed by Kelly’s Body Shop of Centralia, Washington, in December 2015.

The 18? BBS multi-piece wheels are mounted with 245/35 front and 315/30 rear Hoosier racing slicks. Four yellow-painted BBS wheels wearing Hoosier tires are included in the sale and can be seen in the gallery. The Clubsport features adjustable front and rear anti-roll bars as well as an under-bonnet strut brace. The anti-lock braking system features Porsche-branded ‘big red’ calipers over slotted front rotors and cross-drilled rear units. A Fuel Safe fuel cell is fitted in the front trunk along with an Optima Red Top battery.

The cockpit features factory Recaro racing seats trimmed in black upholstery. The Clubsport was delivered new without carpets, sound insulation, a headliner, or power accessories. Equipment includes a factory welded Matter roll cage, a fire-suppression system, a F.A.S.T. cool shirt system, Schroth Racing harnesses, and a four-panel rearview mirror. The car was delivered from the factory with a driver’s airbag and air conditioning, and both systems were removed by RUF Automobile in January 1997.

The suede-wrapped MOMO steering wheel frames VDO instrumentation including a rotated tachometer with a 6,800-rpm redline, a 300-km/h speedometer, and auxiliary gauges. A Fuel Safe fuel gauge is mounted next to a kill switch on the dashboard. The six-digit odometer shows 47k kilometers (~29k miles), 20k of which were added under current ownership.

The M64/20 flat-six was enlarged to 3.8 liters for the Carrera RS and features a VarioRam intake system and Bosch Motronic engine management system. It was factory rated at 300 horsepower. Headers and an exhaust system were installed by RUF Automobile in December 1997.

Power is sent to the rear wheels via a G50/31 six-speed manual transaxle and a limited-slip differential.

A July 1999 letter from Porsche confirms that the car was ordered from the factory with the M003 Clubsport option and was equipped with a driver-side airbag and air conditioning. The options code sticker on the underside of the front hood carries the serial number of a different car.

Invoices from RUF Automobile detail the work performed, and English translations of the documents are presented below along with other service invoices.