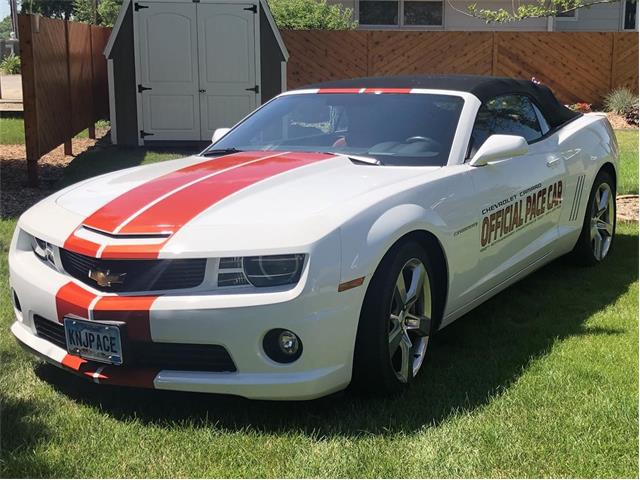 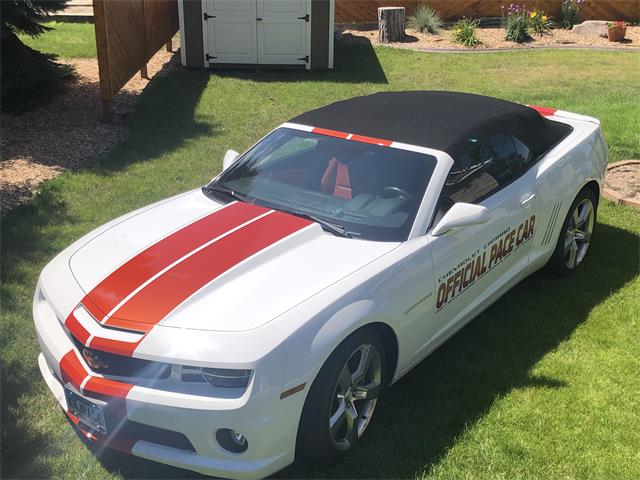 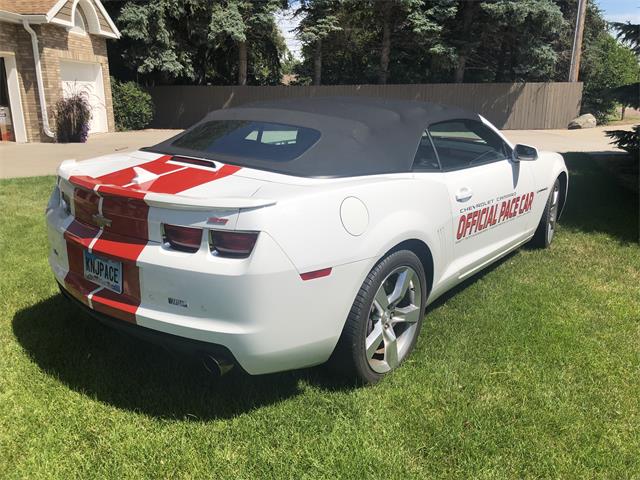 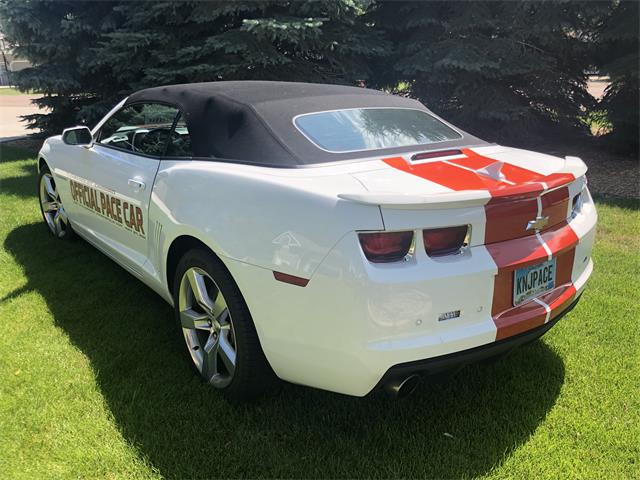 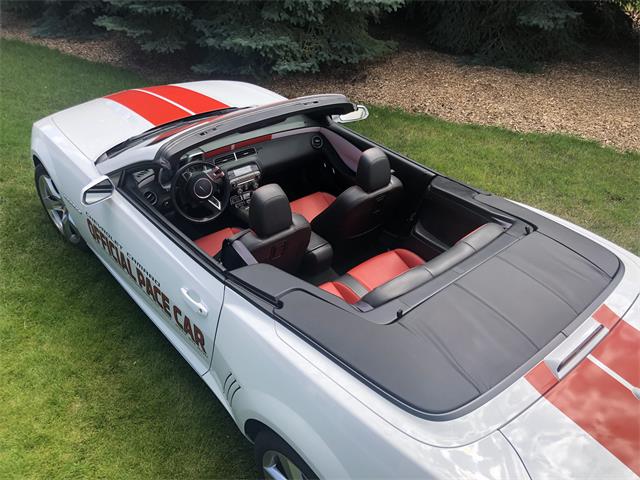 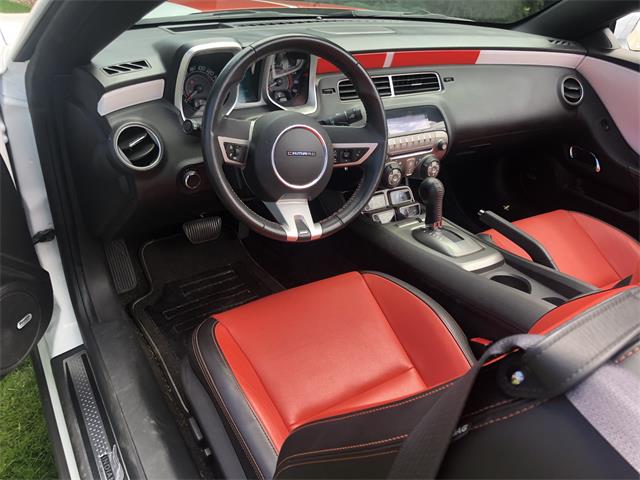 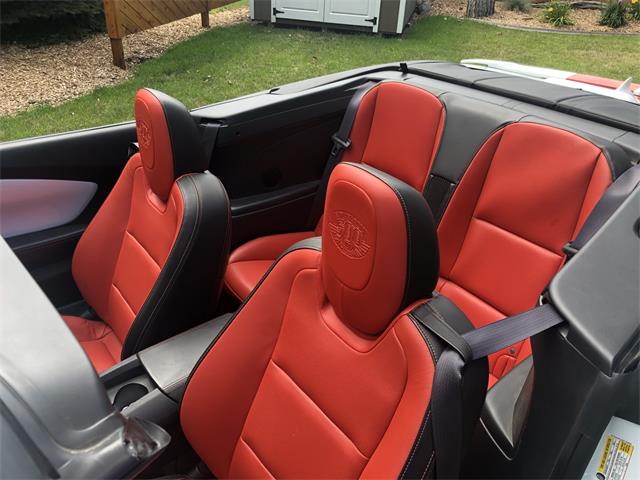 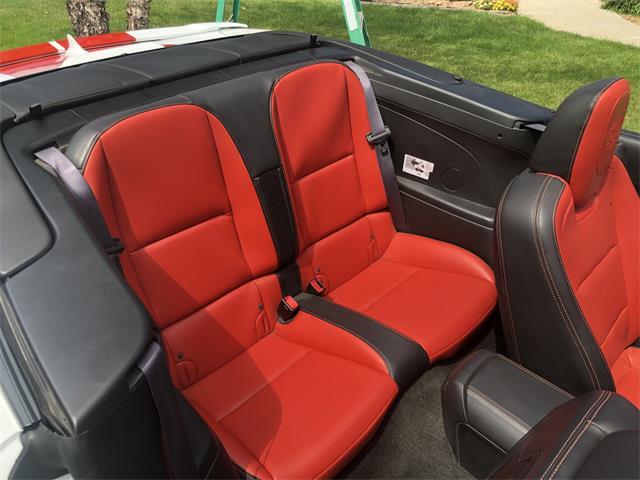 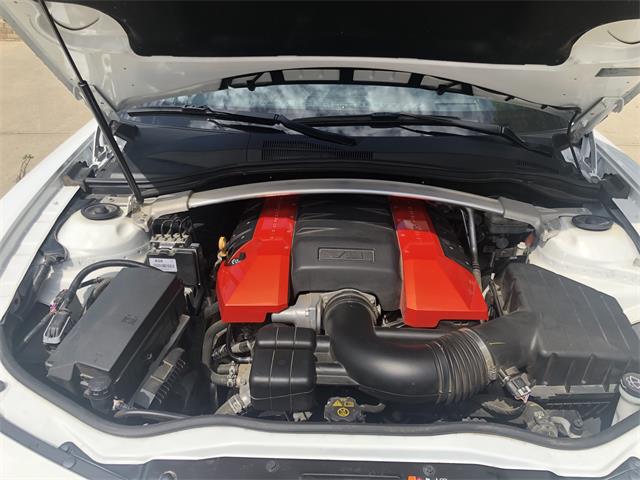 In 2011 both Chevrolet and Indianapolis Motor Speedway were celebrating 100 years of existence. What better way to have a celebration than to pair up and make a limited run special edition pace car to lead the race at the start. These were produced in a quantity of 450 for the US market during this time.

This is one of only 500 2011 Camaro Pace Car Replicas produced for to commemorate the 100th anniversary of the Indy 500 and 100 years of Chevrolet, and it sports all the fixin's that the original pace car came from the factory with. A 6.2 liter V8, EFI, a 6L80 6 speed automatic tap shift transmission, and Brembo brakes for the whoa factor. 22,500 actual miles and looking very nice as a 1 owner car.

The Camaro took on a very menacing look for 2011 with its V shaped front, deep set headlights, long rear scooped hood, raked windshield and of course the low convertible top. Our example is bathed in Summit White and has orange wide racing stripes running through the center of this car. The decals also indicate that it is a pace car replica, and these are attached to the doors. Save for some taillight bezels and the chrome tipped exhaust the car is devoid of chrome trimmings. A black canvas convertible top is on, along with a rear glass window. 20-inch aluminum alloy wheels are wrapped with performance tires on all 4 corners.

Interior
Lowering the top with a flip of a switch, and we see Inferno orange leather seats which are within a black bordering tub. These are high backed buckets and feature some custom embossing on the headrests, all within a stitched rounded over rectangle panel. A sea of black carpeting covers the floors and gives some foot comfort to the rear passengers too. A curved dash which is in mostly black has a white highlighting strip going through the center with the continuation of the orange stripes through the middle taken from the exterior's inspiration. A very clean center console races through the seats and has a series of 4 display gauges in front right next to where it will rise to the dash center. In this section we note an AM/FM/CD stereo system from the factory that is also XM Satellite capable. The driver has a rally wheel to hold on to and in front is a futuristic styled dash with dual rectangle gauges and a central display between them. Orange stitching is throughout the cabin and emulates the 1969 Camaro pace car which was very popular for its time. Call it retro! A few features of note, are a heads up display, StabilTrack ESP system, Performance launch control, which was designated in the 2SS equipment package.

Drivetrain
Under the hood is an all buttoned up orange and black clad 6.2 liter V8. This mill specs out at 400hp. It is fed with EFI and has a 6-speed automatic Tapshift transmission. The rear axle weighs in at 3.27 and has limited slip.