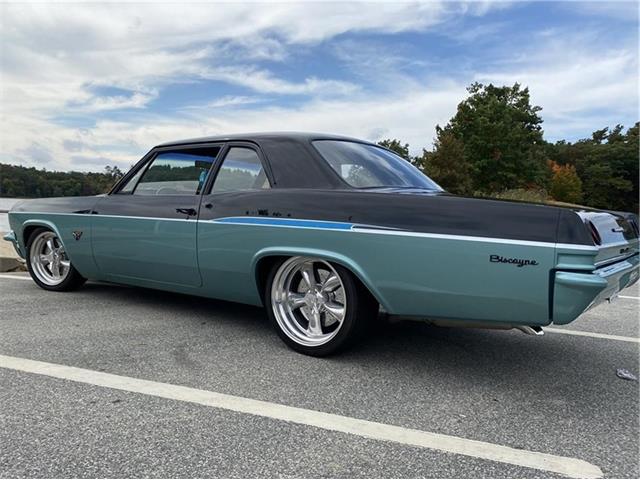 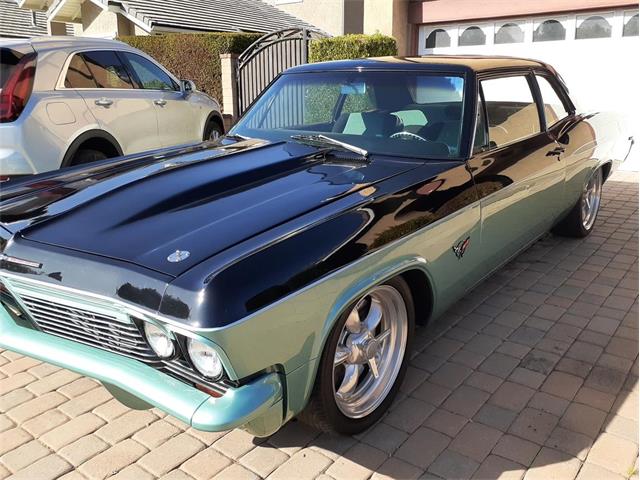 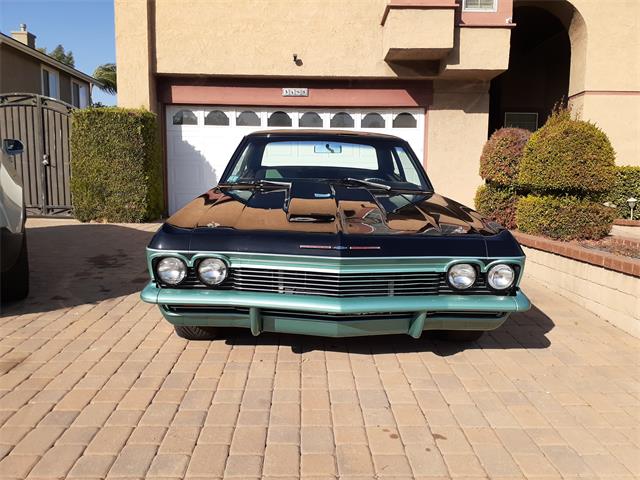 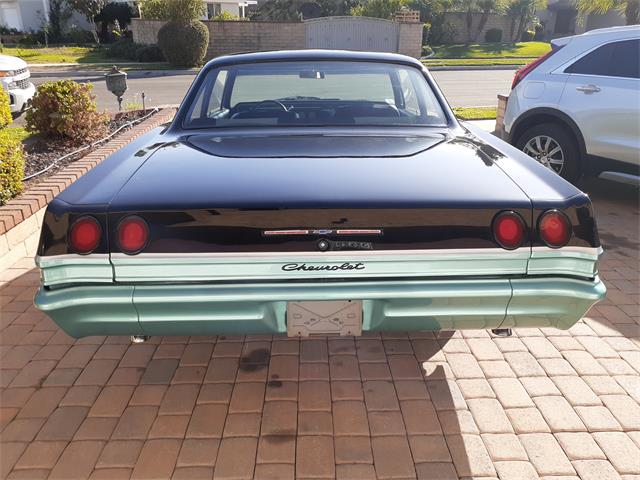 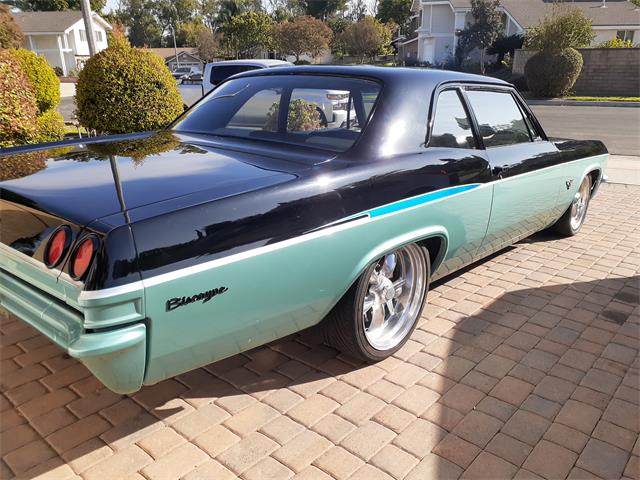 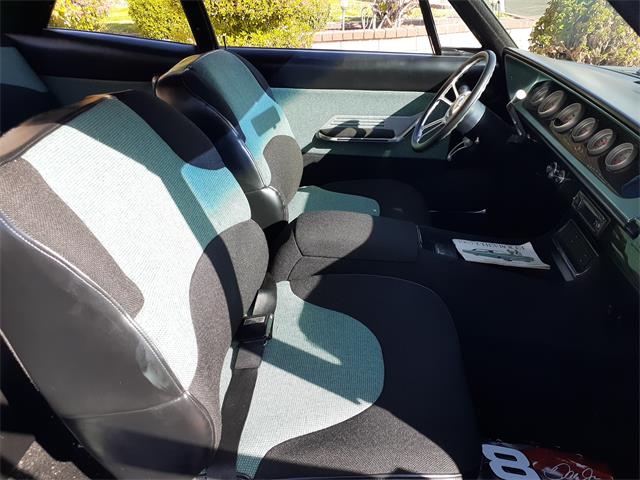 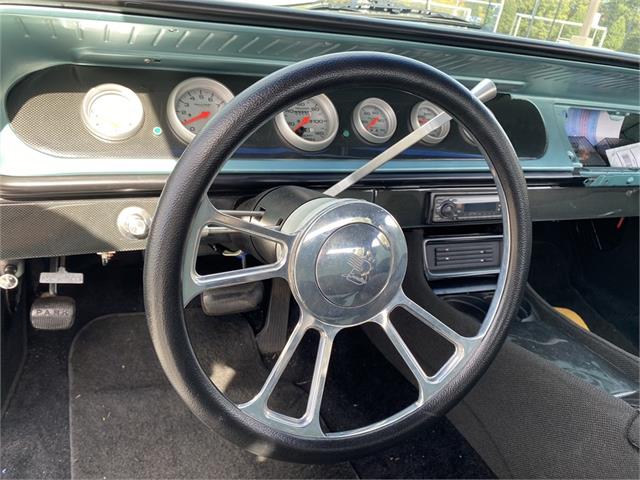 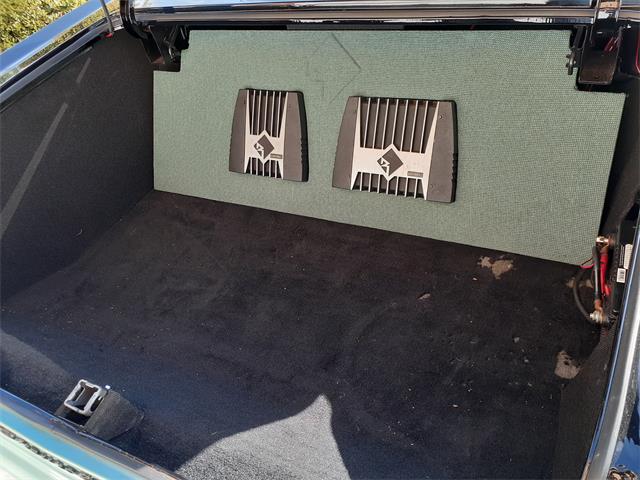 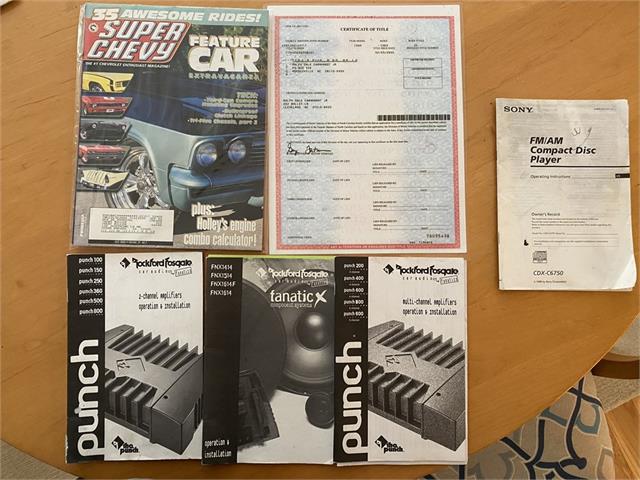 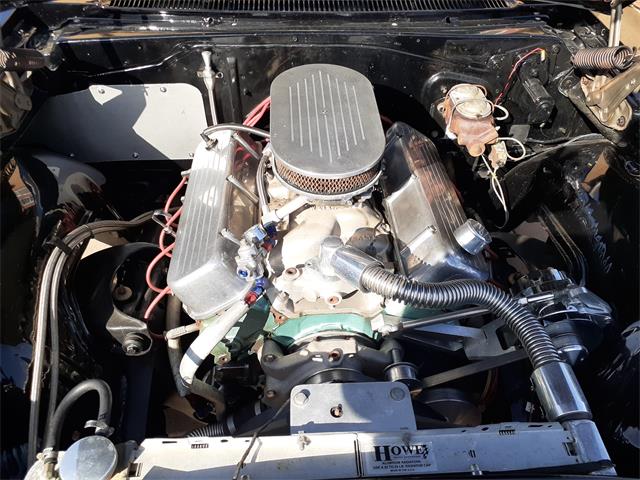 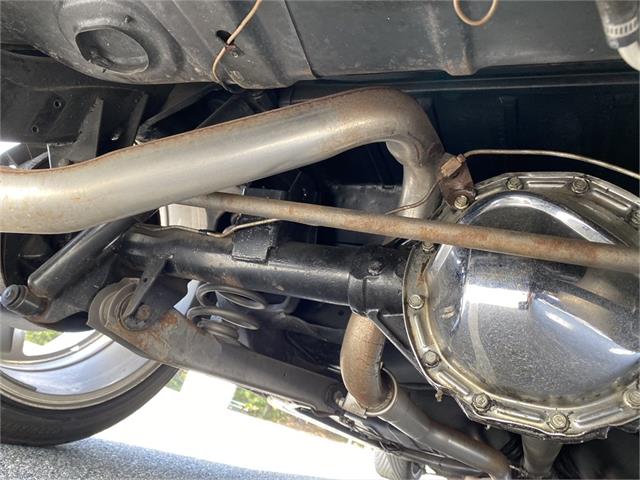 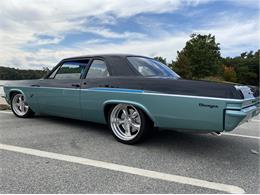 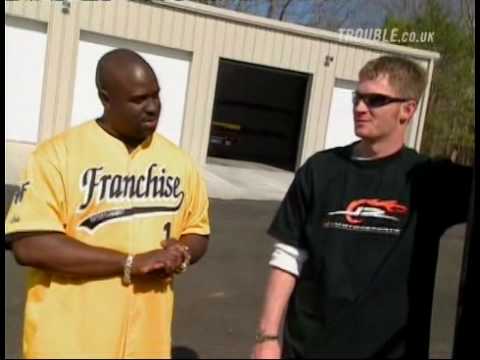 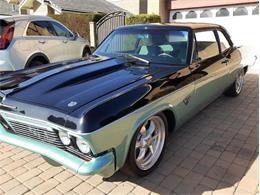 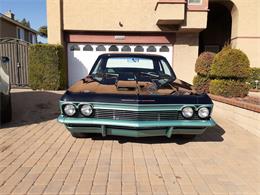 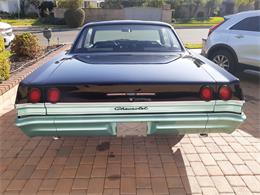 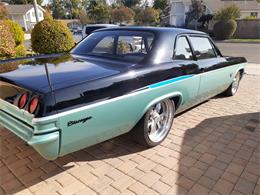 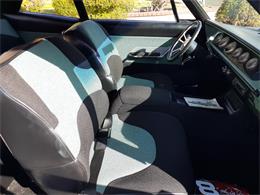 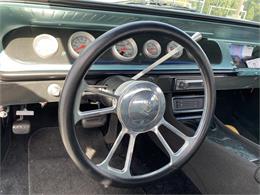 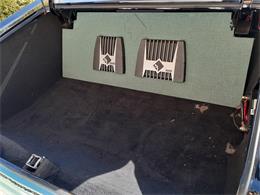 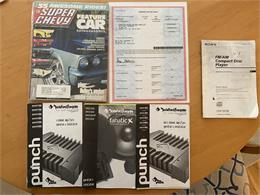 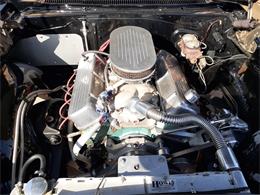 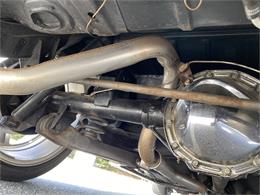 This 1965 Chevrolet Biscayne is finished in two-tone black over turquoise with a matching two-tone tweed and vinyl interior. Originally built in 1999 and formerly owned by NASCAR driver and Hall of Fame Inductee Dale Earnhardt Jr., it was acquired by the seller two years ago. Power comes 454ci big-block V8 engine mated to a 4-speed GM 700R4 automatic overdrive transmission, equipped with a shift kit. Performance upgrades include Weiand Stealth intake manifold, Holley Carburetor, Howe Racing aluminum radiator, Hooker competitor headers, and a stainless steel exhaust system. Located in Franklin, Massachusetts, this Biscayne is offered for sale with a preserved title from Dale Earnhardt Jr’s ownership, a copy of the July 2000 Super Chevrolet showcasing the vehicle on the cover, on a clean Massachusetts title in the seller’s name.

The body of the Biscayne is finished in a custom two-tone scheme featuring black on the roof and upper half of the body with turquoise on the lower half. A silver horizontal stripe runs around the car to divide the two colors with blue scallops on the rear quarters. To match the body, both bumpers and the grille have been refinished in turquoise, while all the badging, window trim and chrome have been refinished in black. With the majority of the work performed in the late 90's, the seller notes several minor paint blemishes visible in the gallery below. Panel fitment and gaps are uniform across doors, panels, trunk and fiberglass hood. Additional features include a raised hood center section with imitation cowl induction scoop, hood pins, and Corvette flag emblems on the fenders.

The interior features power-adjustable front bucket seats upholstered in black tweed with turquoise tweed insert and black vinyl side. Custom door panels are fitted to match with machined billet armrests and cranks for side and vent windows. A custom fabricated center console covered in black tweed with simulated carbon-fiber trim panel is mounted between the bucket seats, housing the CD changer, a pair of cupholders, and a storage box. The upgraded stereo system features a Sony CDX-C6750 head unit in the dash, 4 interior speakers along with dual Rockford Fosgate amplifiers, and a subwoofer fitted in the fully upholstered trunk.

A 3-spoke Billet Specialties steering wheel is mounted to a tilt steering column with a billet gear selector. The original gauges have been replaced with AutoMeter Pro-Comp Ultralight gauges surrounded by a carbon-fiber trim panel. A 120mph speedometer is featured along with a 10k rpm tachometer. Additional gauges include fuel, water temperature, oil pressure, and voltage. The dash has been finished in turquoise to match the exterior, the seller notes the glovebox door is missing.

The Biscayne is powered by a 454ci Chevrolet V8 bored .060 over and equipped with Weiand Stealth high-rise intake manifold, Holley 650cfm carburetor, MSD ignition, and cast iron heads with roller rockers. Cooling is provided by a Howe Racing aluminum radiator with electric fans and the exhaust system features a set of Hooker competition headers with 3" stainless pipes and resonators. a billet aluminum air cleaner has been installed along with billet valve covers, transmission dipstick, and serpentine pulleys with chrome alternator. A 700R4 automatic overdrive transmission with shift kit and 3000rpm stall converter transfers the power to a 12-bolt rear with a 4.56:1 posi-traction differential. Recent service work includes an oil change and tune-up.

The car was originally built by Todd Nelson of Land O' Lakes Florida in 1999 and featured on the cover of the July 2000 Super Chevy magazine. The car was later acquired by Dale Earnhardt Jr. and subsequently featured in an episode of the TV "Ride with Funkmaster Flex" originally airing in June of 2004 in which Earnhardrt Jr. and the host can be seen driving the car during an interview. Included in the sale is a laminated North Carolina title in Dale Earnhardt Jr's name with signature and a copy of the July 2000 issue of Super Chevy magazine.

While owned by Dale Earnhardt Jr. this car was featured in a interview Funkmaster Flex conducted with Earnhardt Jr's collection. The video can be viewed here: https://www.youtube.com/watch?v=MaP6vnHJ7vc