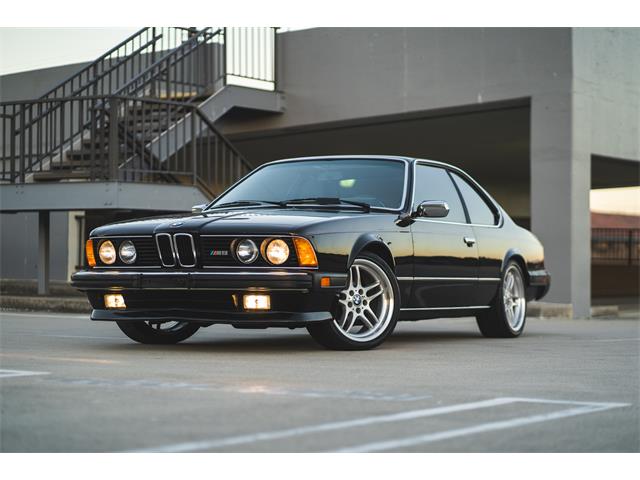 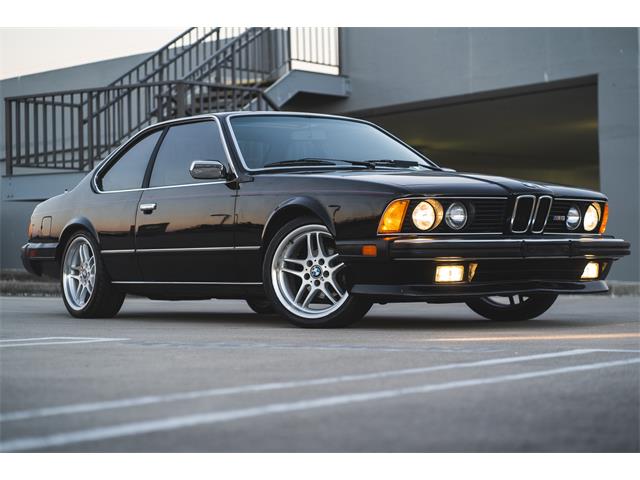 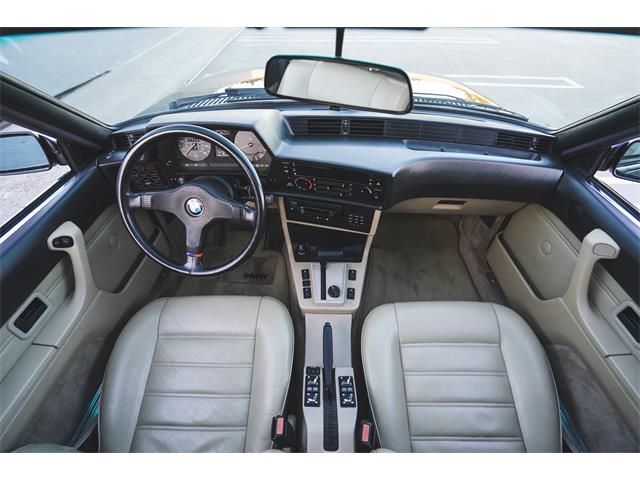 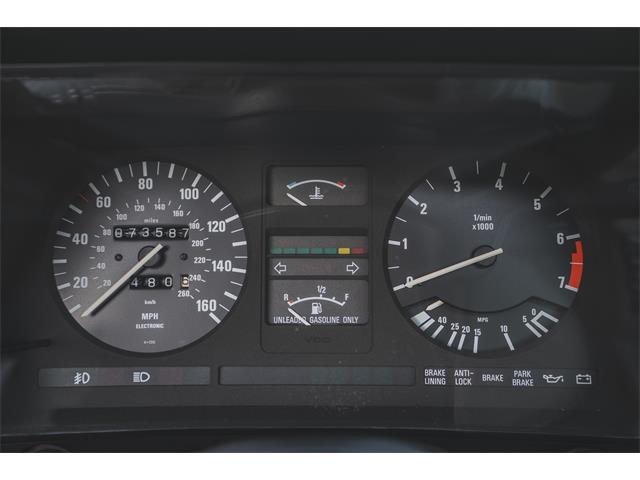 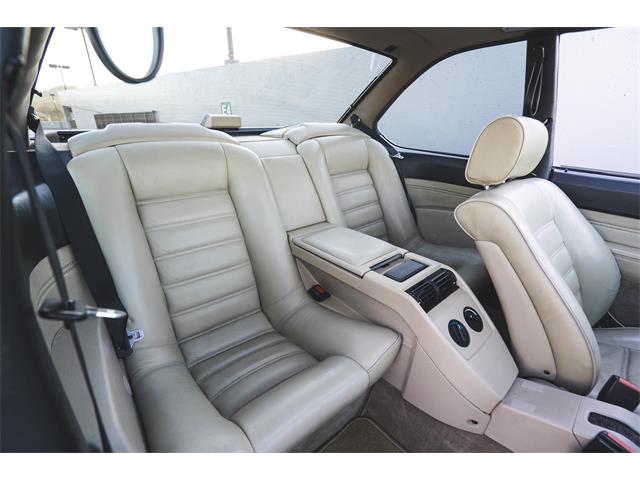 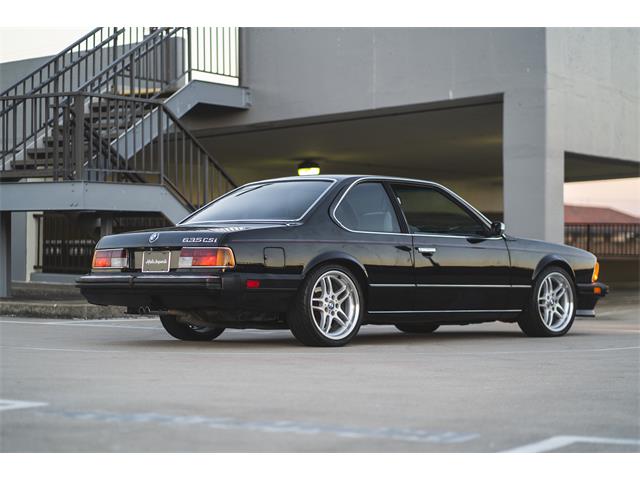 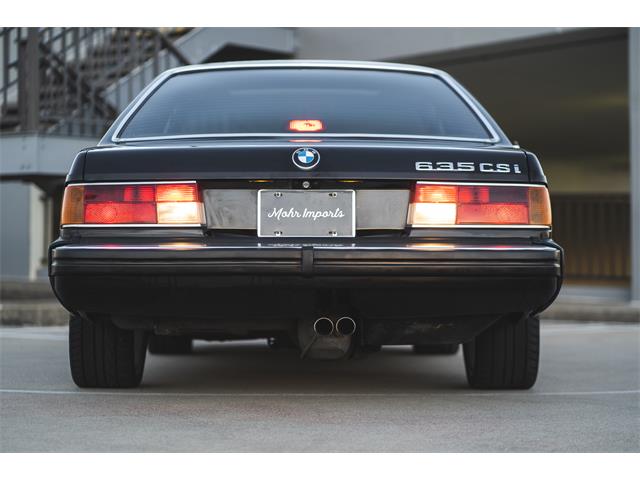 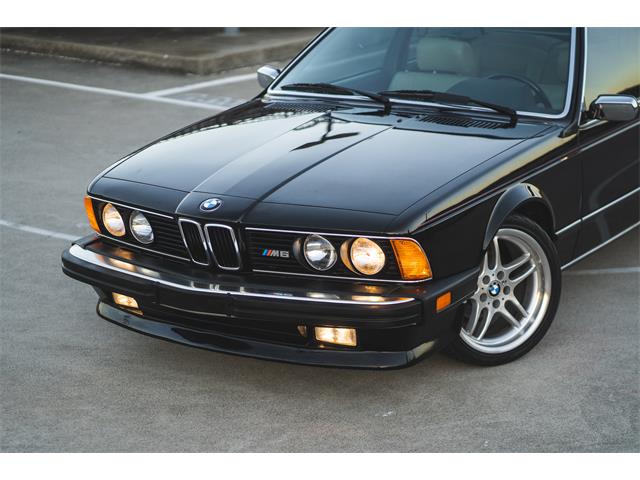 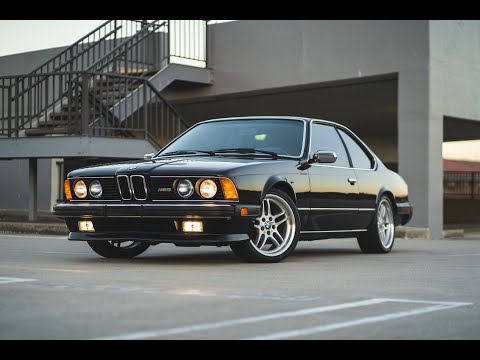 This 1987 BMW 635CSi is finished in black over tan leather and is powered by a 3.4-liter inline-six paired with a four-speed automatic transmission. Equipment includes fog lights, a power sunroof, 18? M Parallel wheels, aftermarket sway bars, Bilstein rear shocks, cruise control, air conditioning with rear-seat controls, and power-adjustable front seats with driver position memory. The car has been registered in California since at least 1992 and was acquired in 2004 by the current owner, who has since added 17k of the 74k miles shown. This E24 is now offered on dealer consignment with an accident-free Carfax report and a clean California title.

The car is finished in Schwarz and features a front air dam with inset fog lights, a front M6 badge, blue and red pinstripes, bright trim, aftermarket tinted side and rear windows, a power-operated steel sunroof, and dual central exhaust outlets. The Carfax report notes damage occurred in March 2003 as the result of vandalism, with no further information provided. The front air dam is warped and dents are noted on the leading edge of the hood, which are detailed in the gallery below along with additional flaws.

Machine-finish 18? M Parallel wheels wear 225/40 Yokohama S-Drive tires, and the wheels show curb marks and evidence of clear-coat failure. Braking power is provided by discs at all four corners, and aftermarket sway bars have been fitted along with Bilstein rear shocks.

The cabin is trimmed with beige leather seating surfaces as well as a matching lower dashboard, door panel inserts, and carpets. Amenities include air conditioning with rear controls, power accessories, an on-board computer, power-adjustable front seats with driver position memory, and an aftermarket Panasonic CD stereo. Wear is noted on the driver’s side seat bolster.

An M Tech I steering wheel frames a tachometer and a 160-mph speedometer along with gauges for coolant temperature, fuel level, and instant fuel economy. The six-digit odometer shows under 74k miles, approximately 17k of which were added during current ownership.

The 3.4-liter M30 inline-six was factory rated at 182 horsepower and uses a single overhead camshaft and Bosch fuel injection.

Power is sent to the rear wheels through a four-speed automatic transmission. Additional underside photos are presented below.

The Carfax report shows the aforementioned damage incident in 2003 and lists registration history in California starting in April 1992 through its most recent update in August 2018. 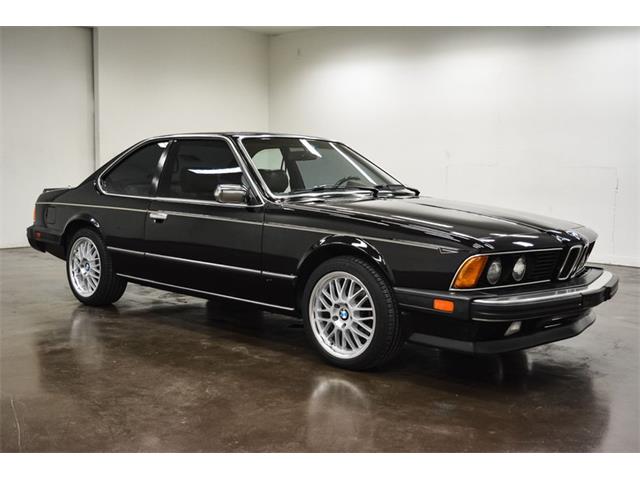