For Sale at Auction: 1935 Ford Deluxe in Hershey, Pennsylvania 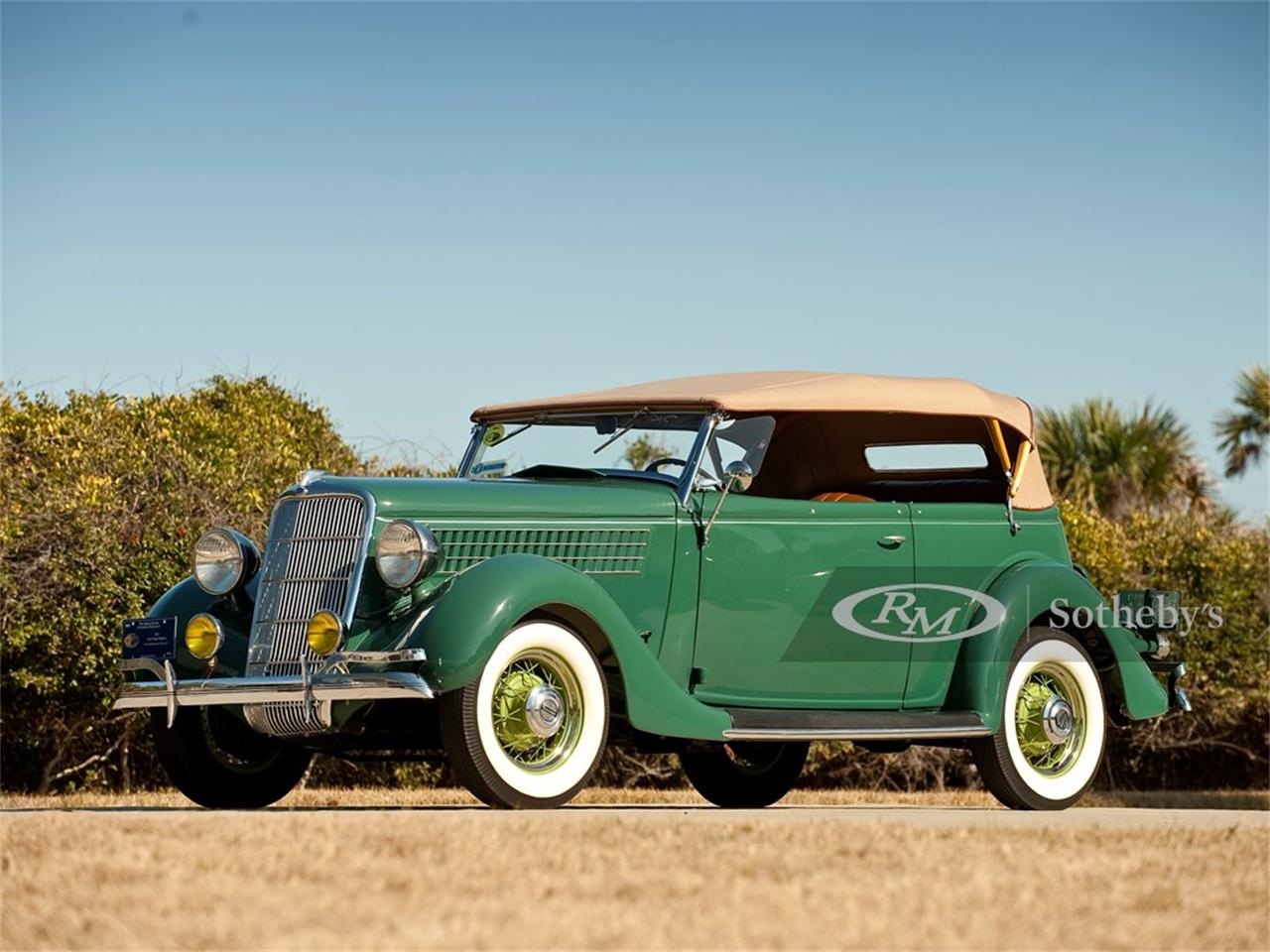 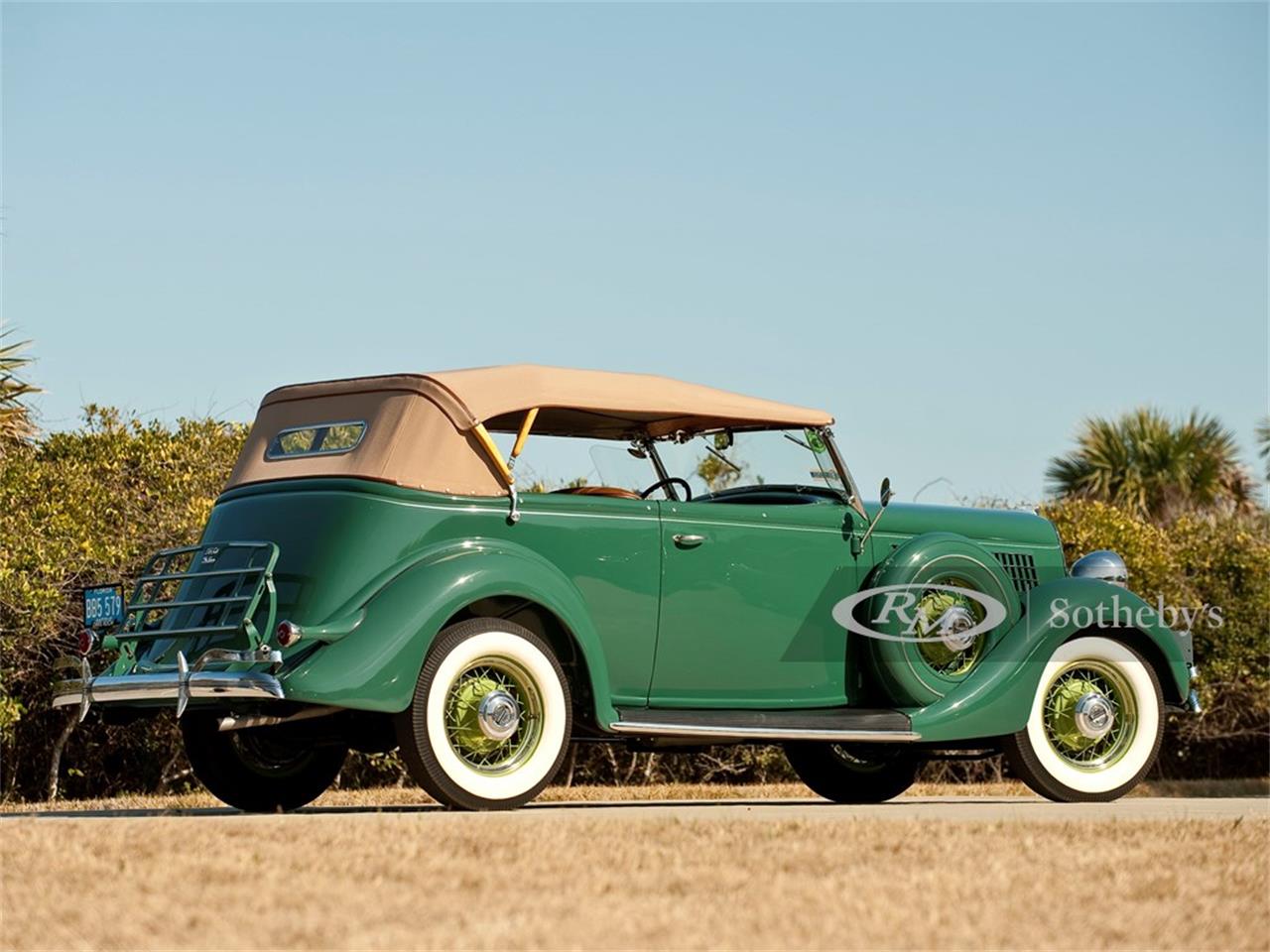 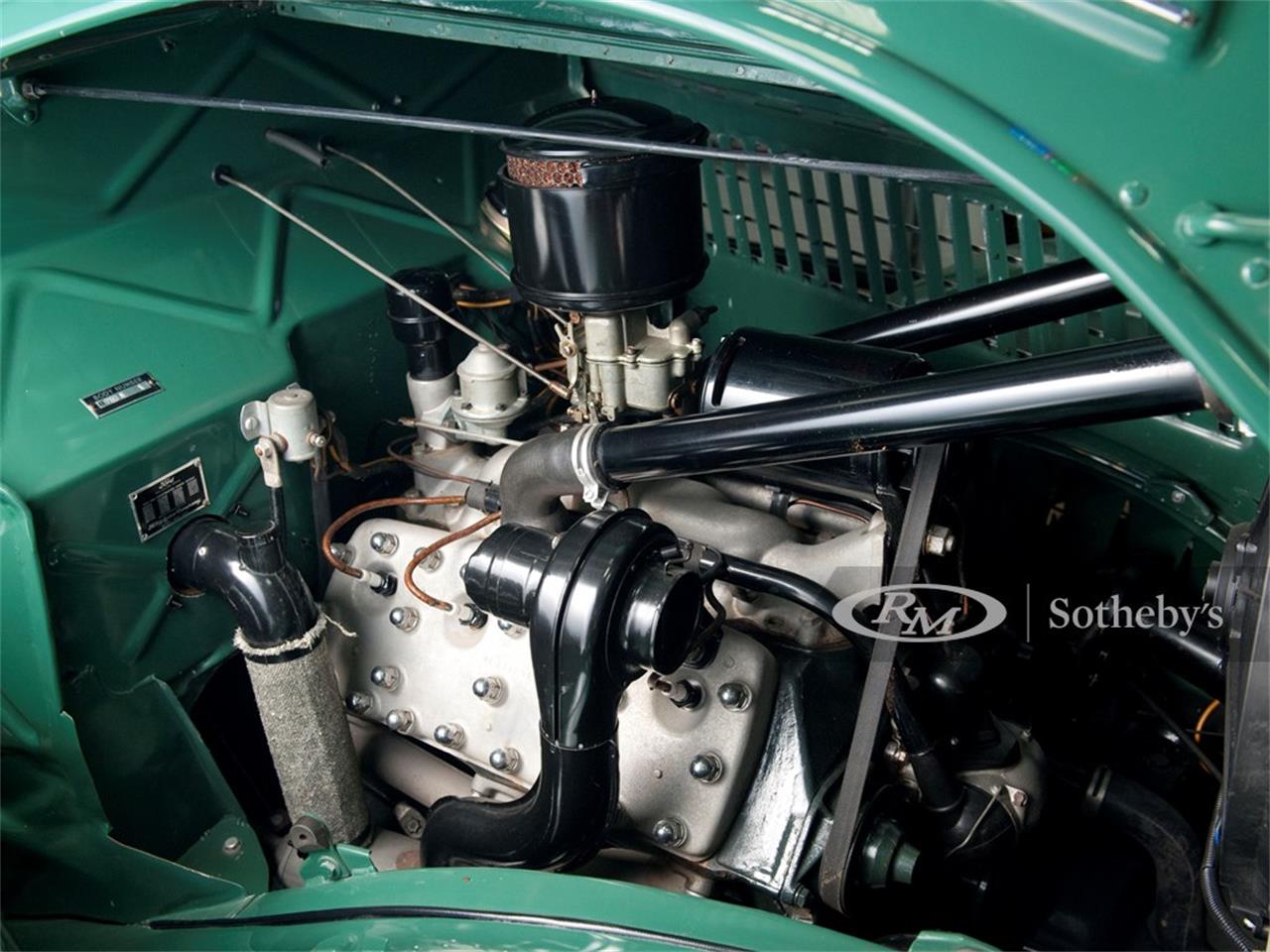 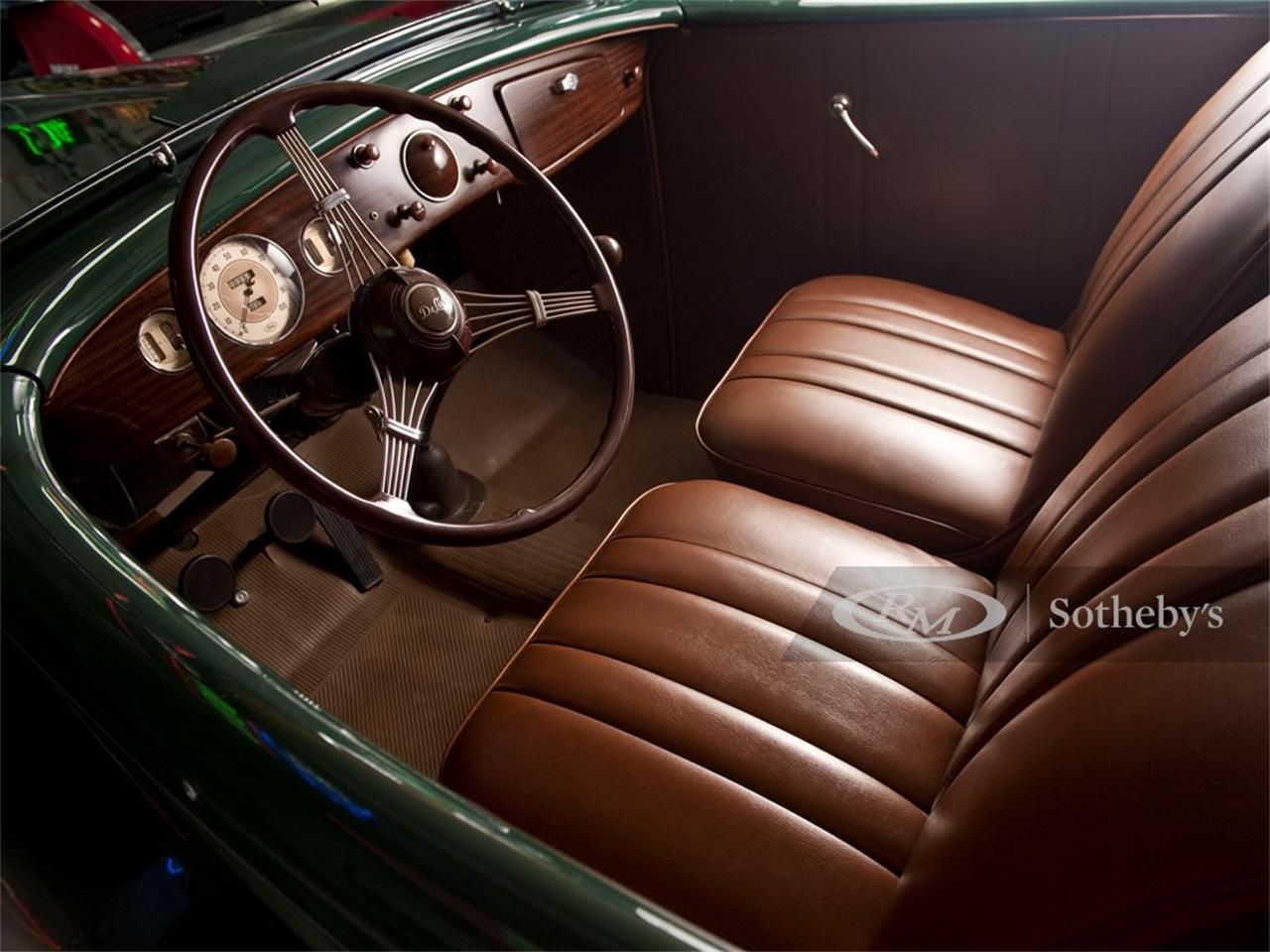 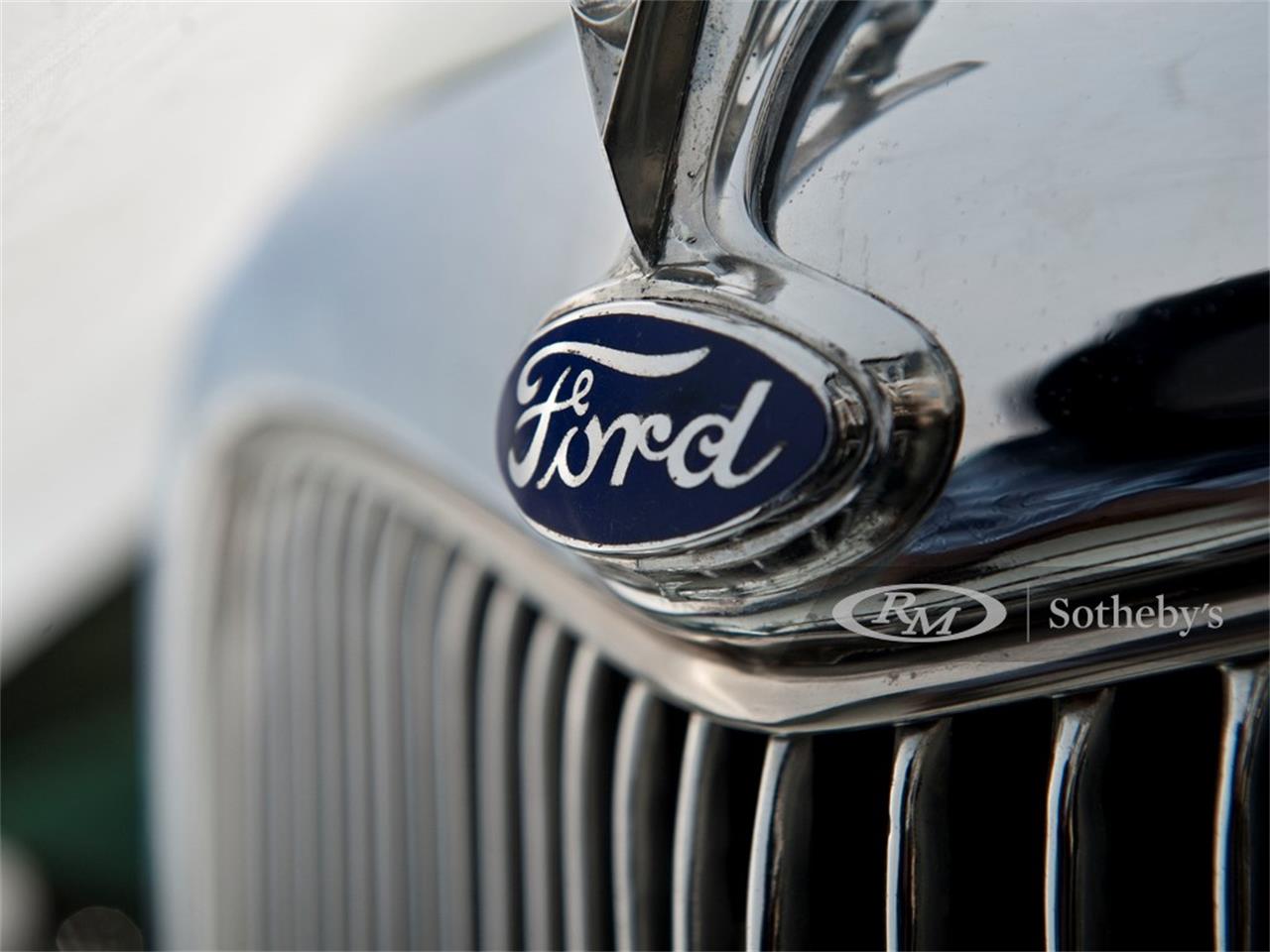 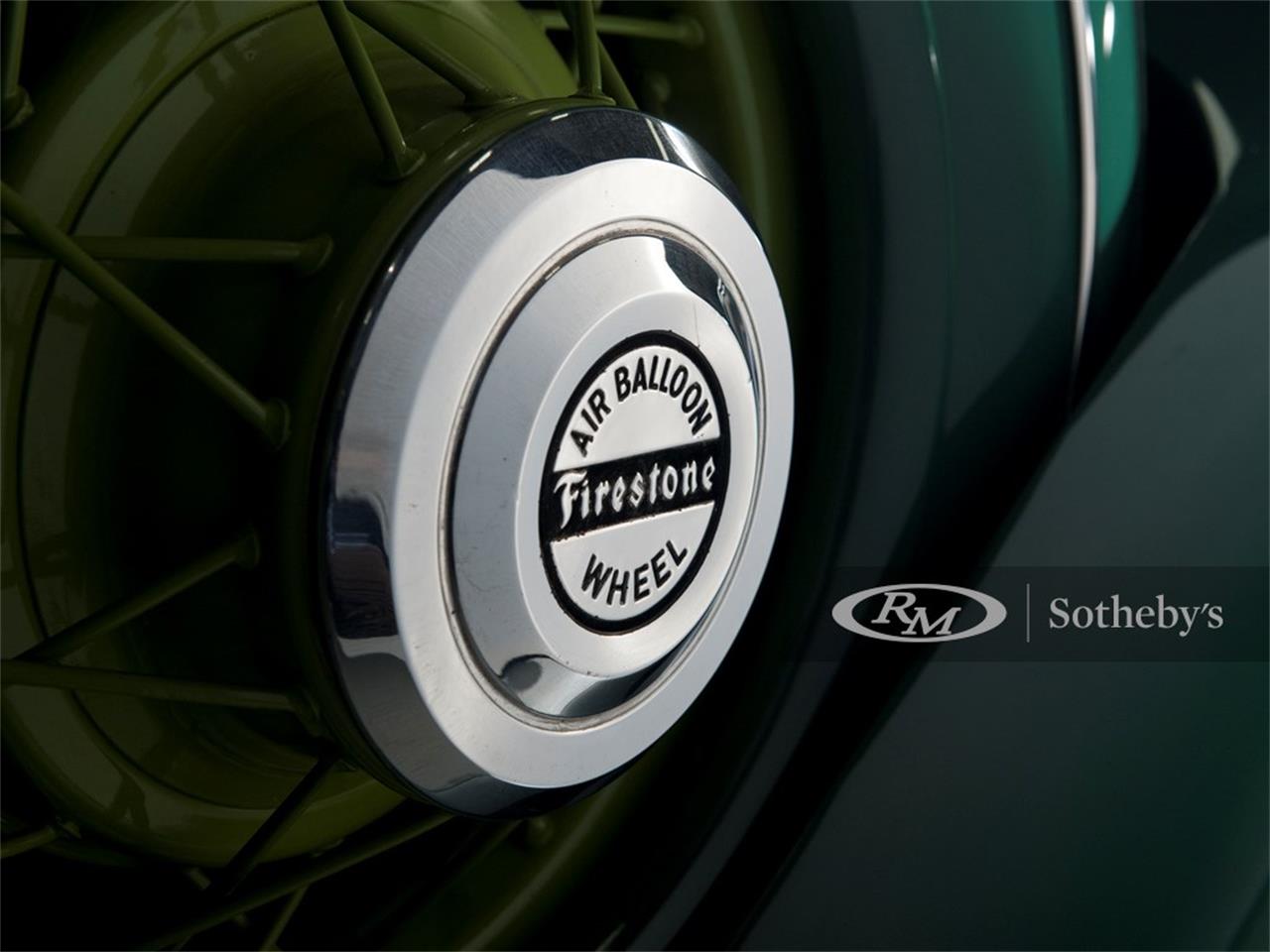 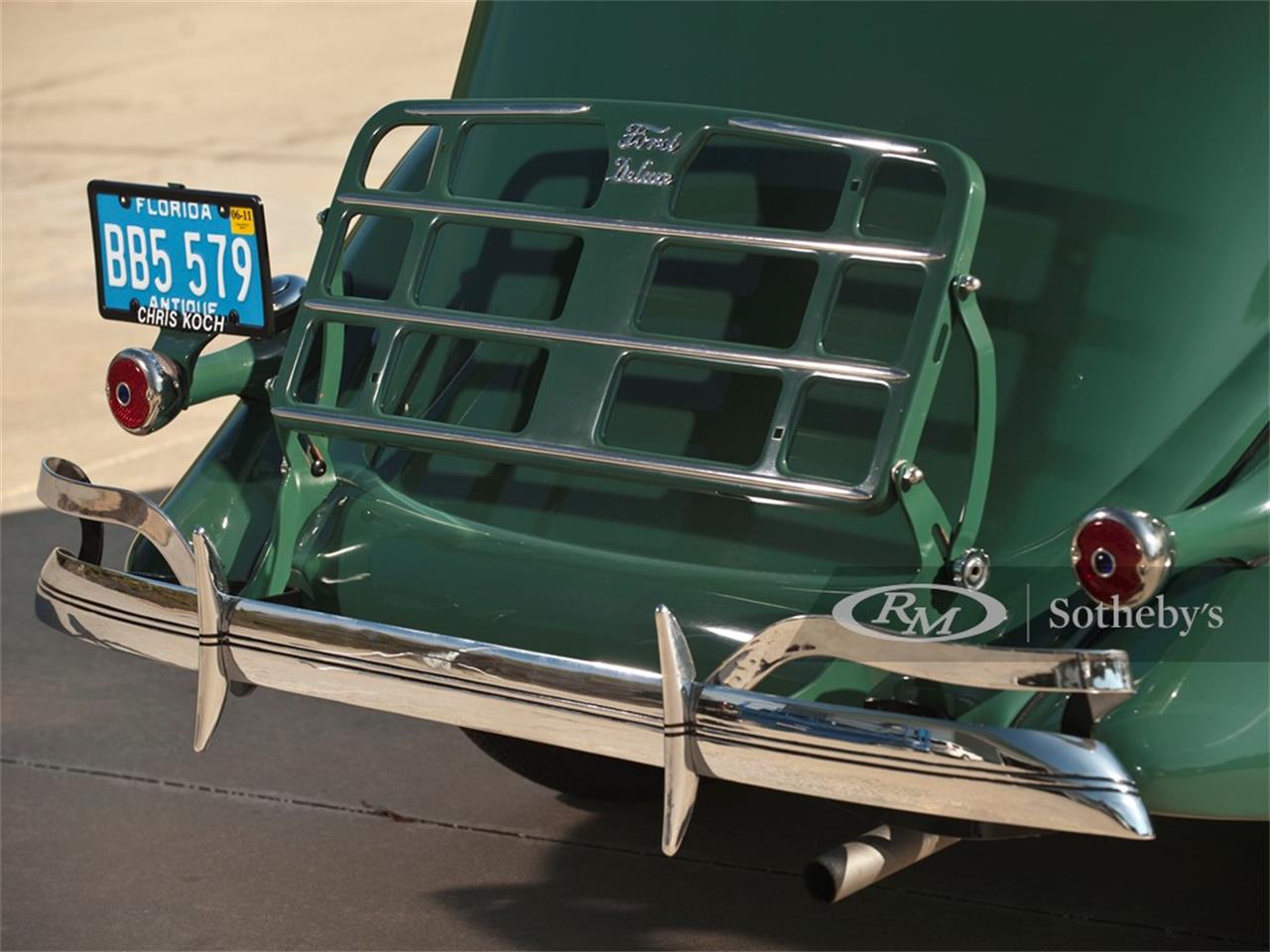 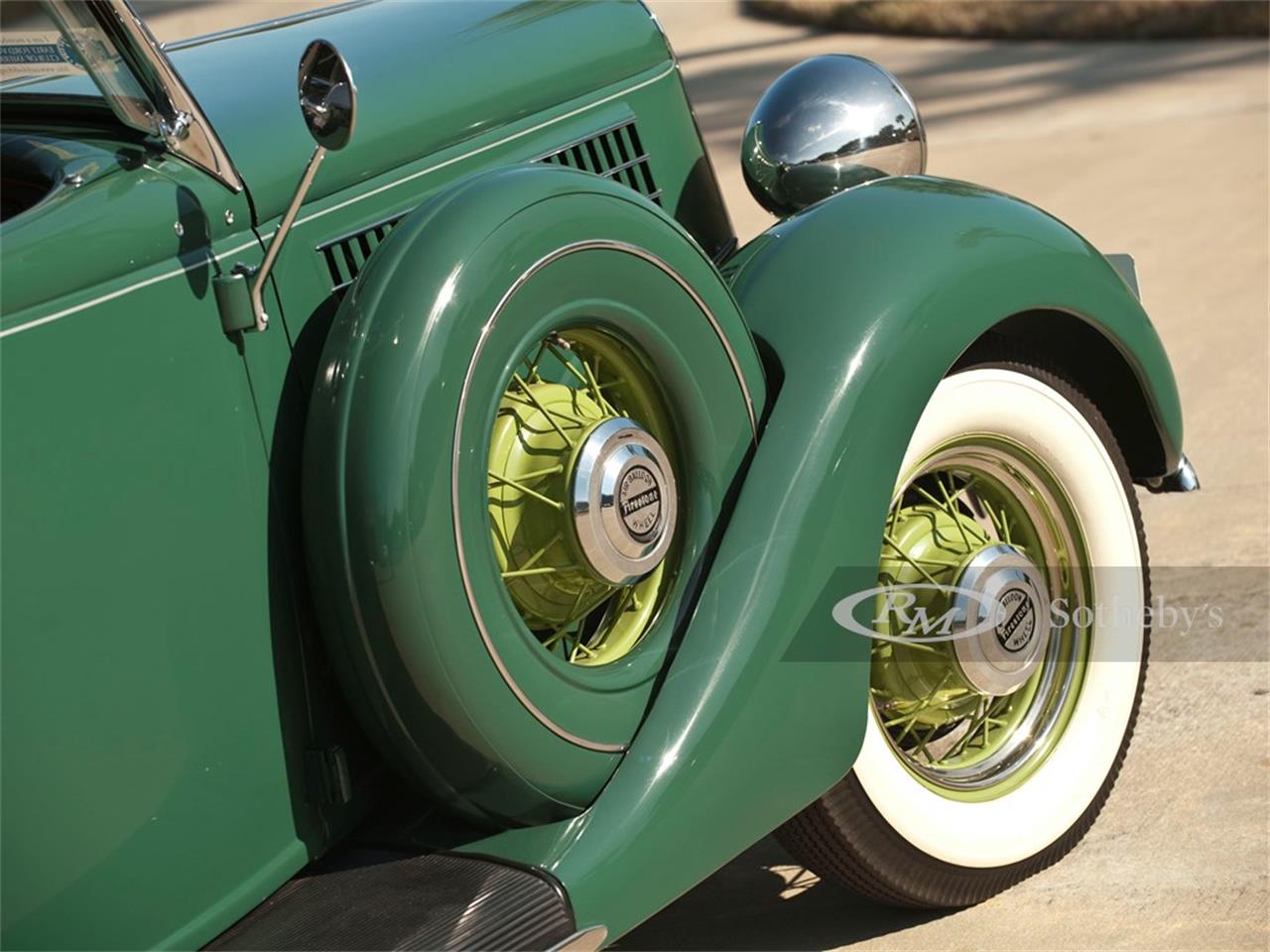 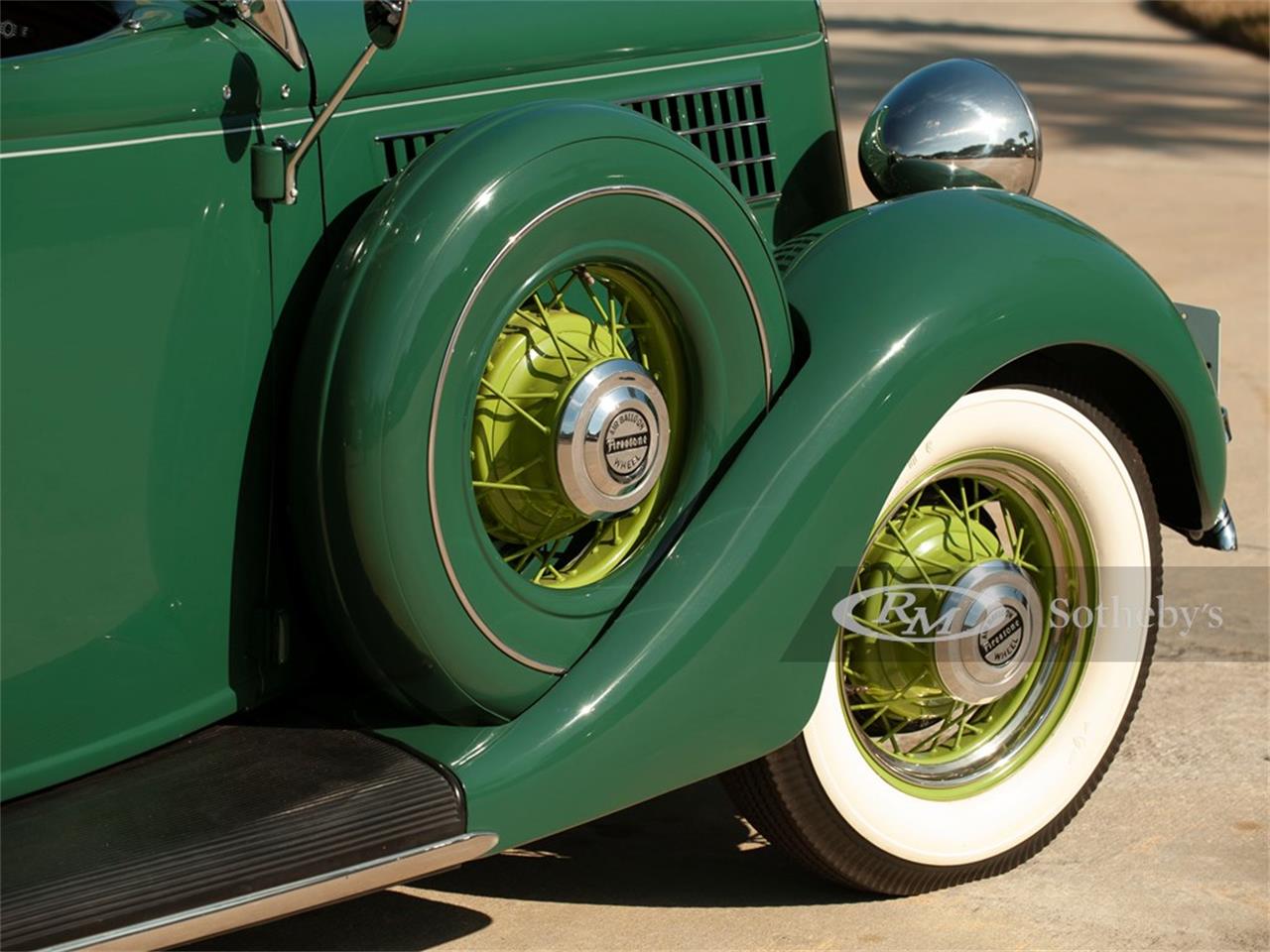 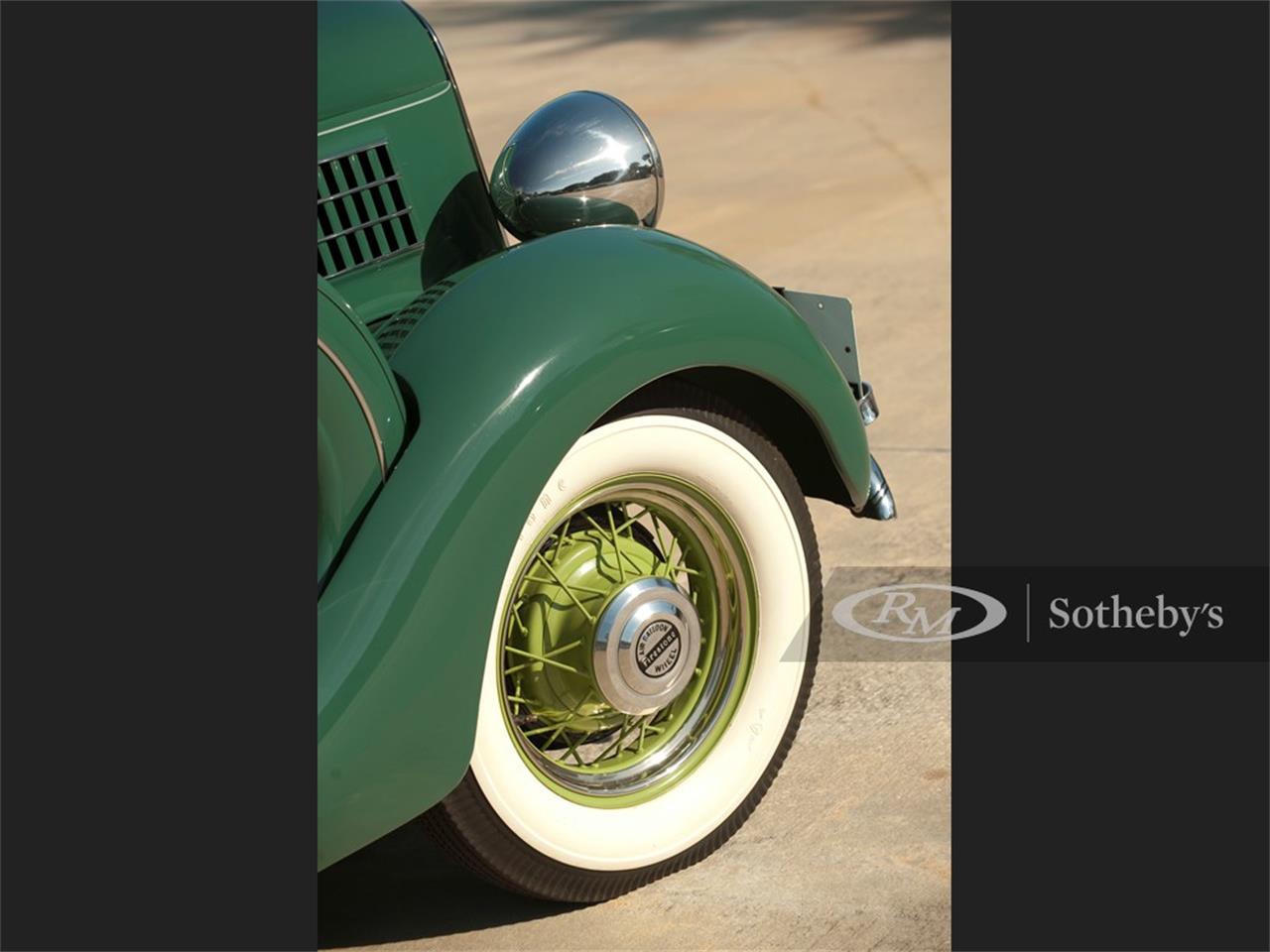 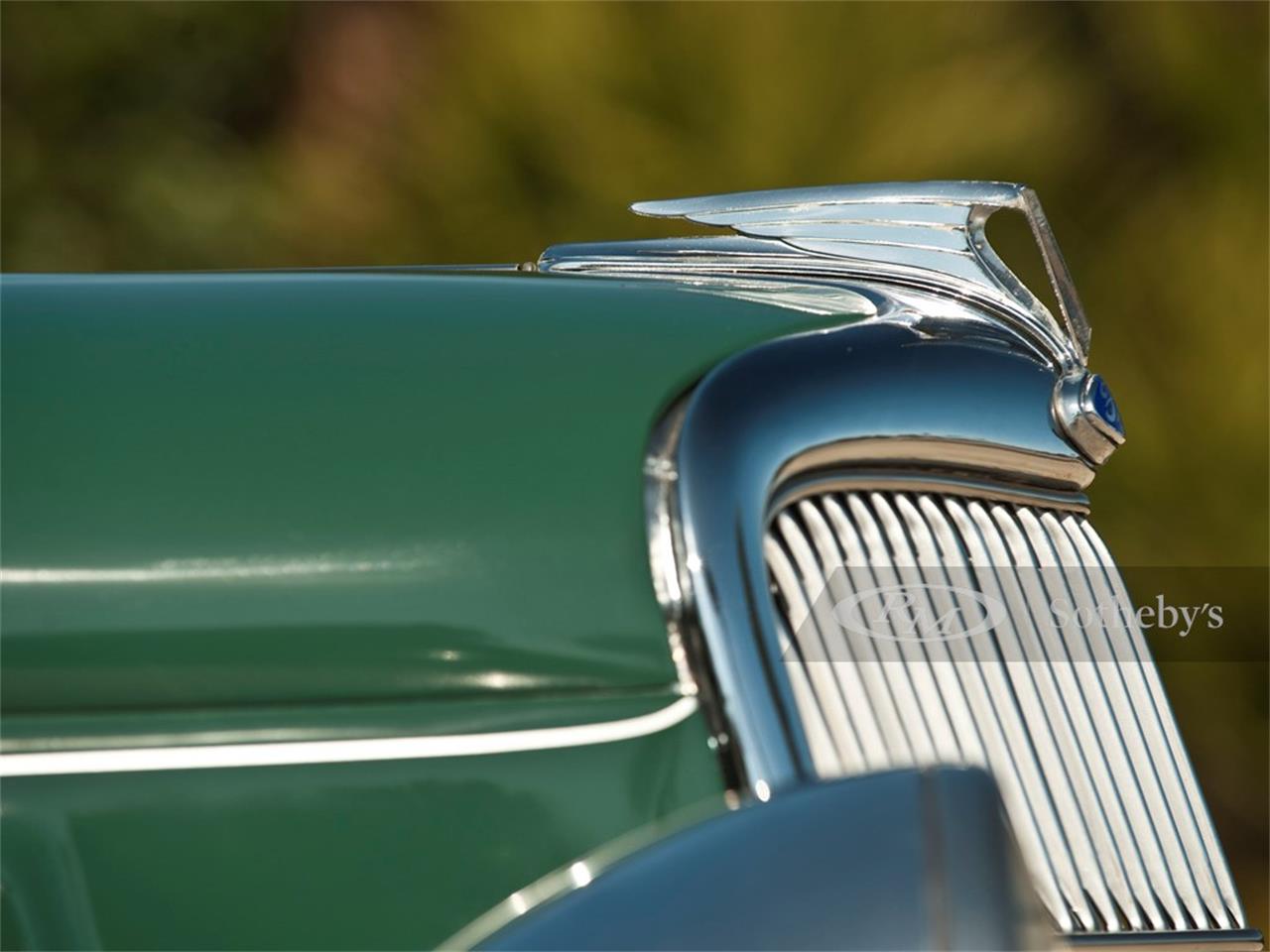 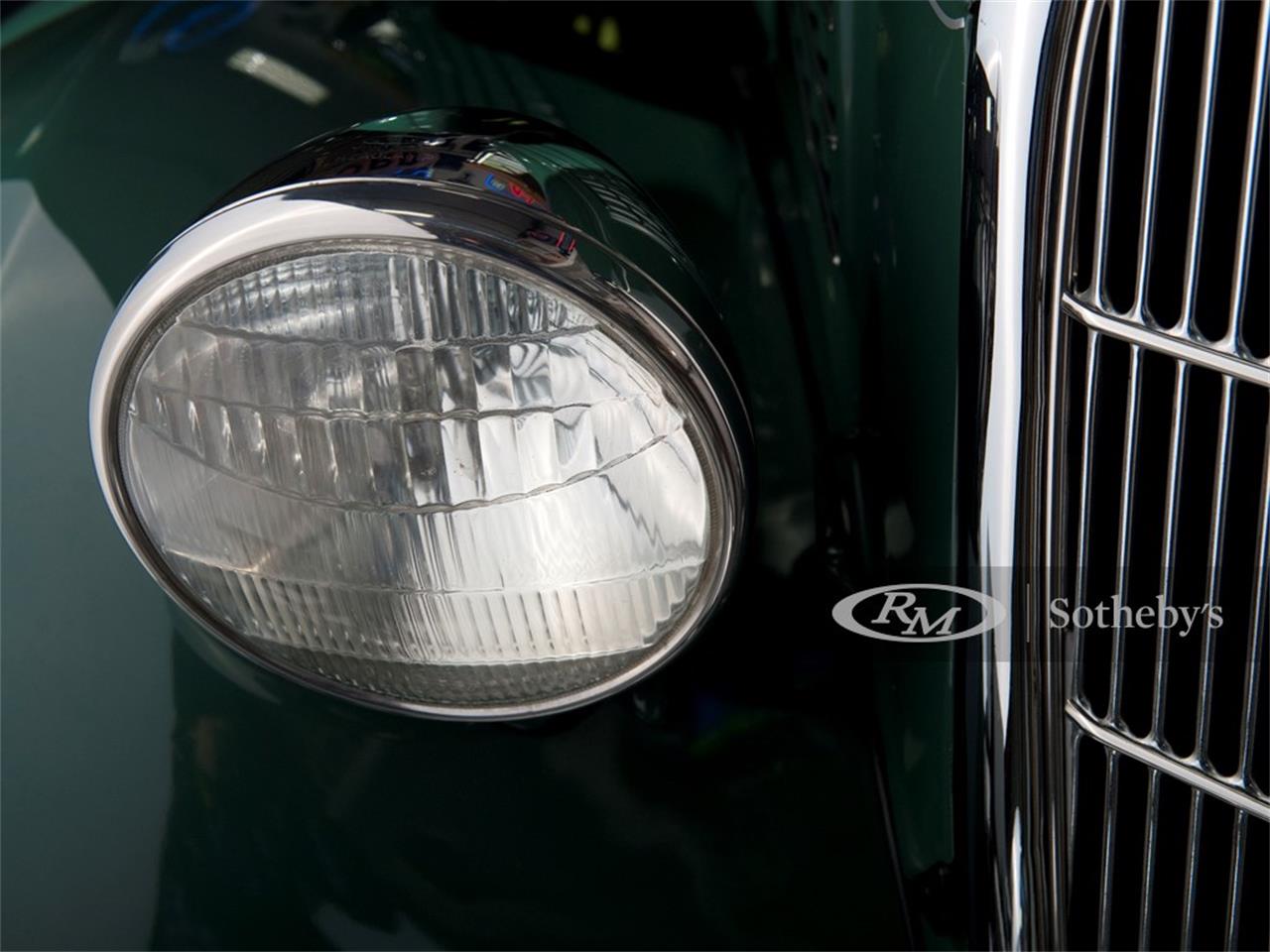 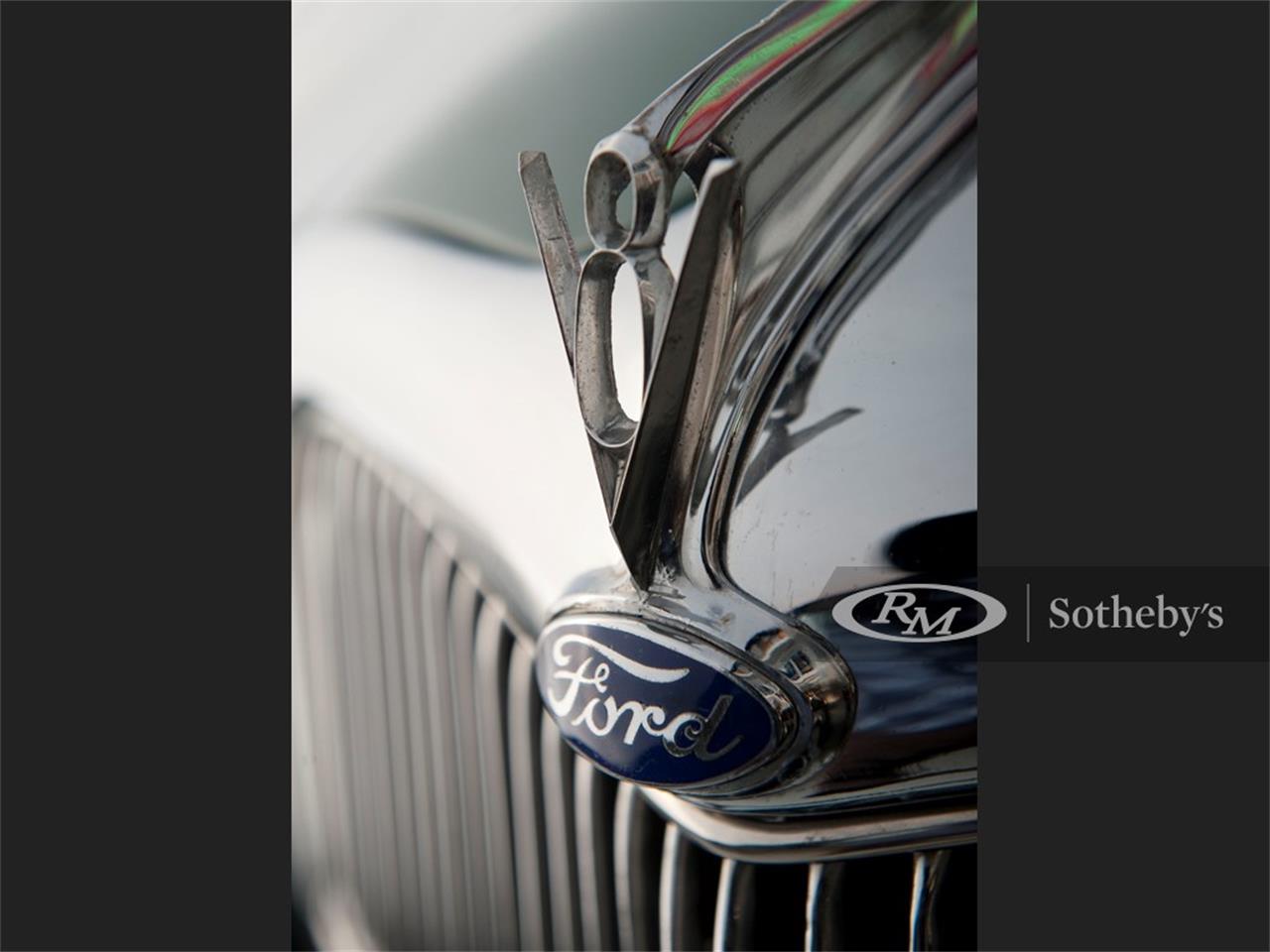 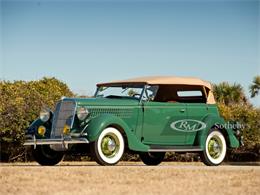 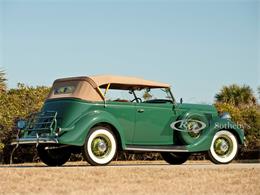 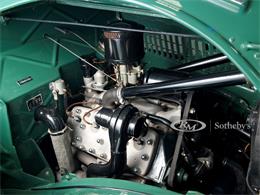 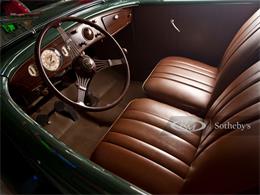 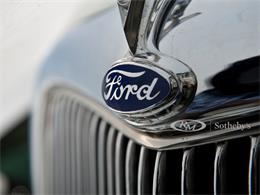 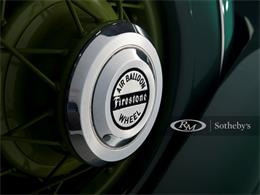 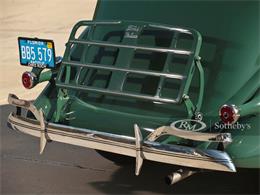 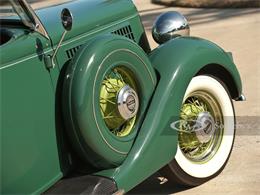 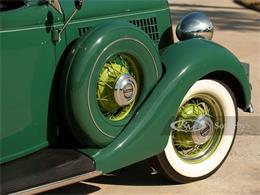 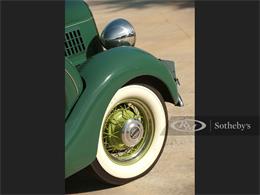 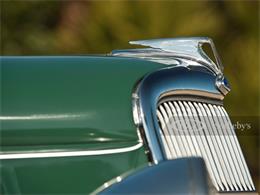 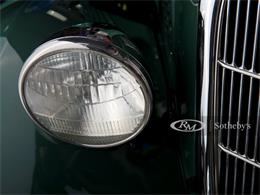 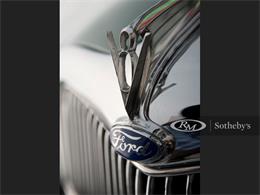 The 1935 Ford body style "that never was," this remarkable two-door DeLuxe Phaeton was built by the Haines Body Shop for noted collector Bill Sutton over a period of many years and using no fewer than five donor Fords in its creation. The frame and hood were extended seven inches and the front wheels, grille, and front fenders moved ahead by an equal distance, while the length of the frame, torque tube, driveshaft, and body were all correspondingly shortened by seven inches in the area of the rear floor, preserving the original 112-in. wheelbase. Only original Ford chassis components were used in the modifications.

The body was restyled with the handsome lines of a Ford phaeton, only in two-door configuration, by grafting the tops of all four doors of a factory phaeton body onto the lower half of a Tudor shell. The handsome interior features a band of oak trim around the tops of the doors and the rear seat, while a chrome windshield rises from the curved cowl to flow gracefully into the doors. Again, to preserve the correct 1935 Ford proportions with a shortened body, the windshield and top were very subtly lowered by 1� inches. Extending the hood and front fenders permitted the fitment of a single sidemounted spare, while the rear fenders were carefully reshaped to fit the new body, yet maintain a proper 1935-correct appearance. All of the body work involved proper engineered-in structural reinforcing whenever necessary to ensure that the result feels as tight as a factory body.

Under the hood is an upgraded 1942 Mercury flathead V-8, cooled by an enlarged radiator with a 1939 electric fan, and adapted to fit a correct 1935 Ford three-speed transmission with a 1936 shift tower and lever. A period Columbia two-speed rear axle enhances performance and drivability, as do the 1939 Lincoln-Zephyr Bendix hydraulic brakes. The original 1935 starter switch on the floorboard now operates the starter via a solenoid.

Completed in 1998, following Mr. Sutton's passing, this fascinating Ford was subsequently awarded the President's Trophy at the Early Ford V-8 Club Eastern National Meet in 2002, and was shown at the Amelia Island Concours d'Elegance and at the 2015 Lake Mirror Classic, winning the Chairman's Award - Non-Classic. It is still in beautiful condition, and is offered with a detailed written account of its "build," showing how this car that never was, finally came to life in spectacular fashion.To view this car and others currently consigned to this auction, please visit the RM website at rmsothebys.com/en/auctions/0620. 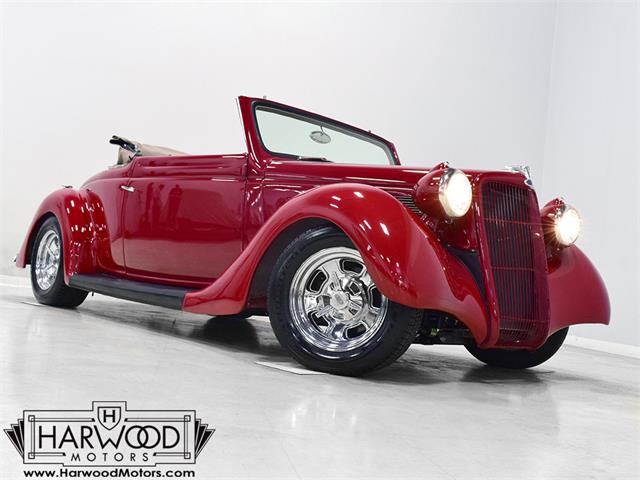 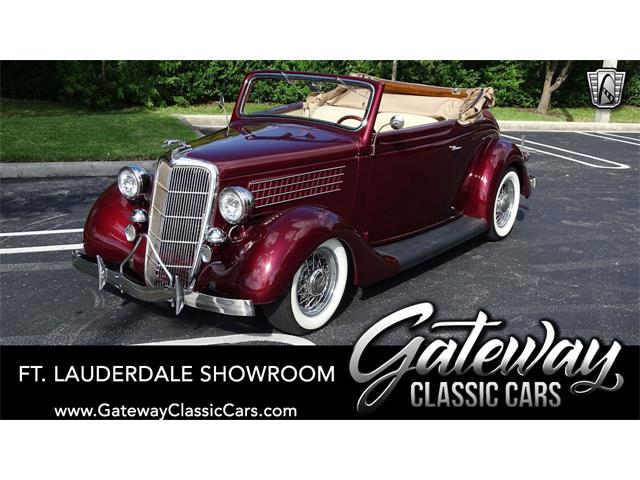 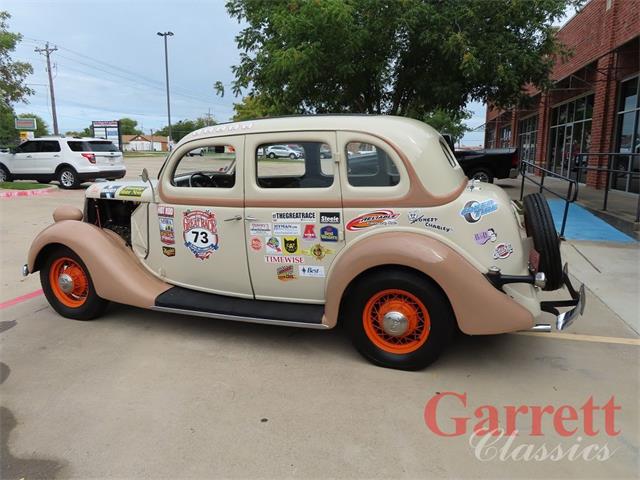 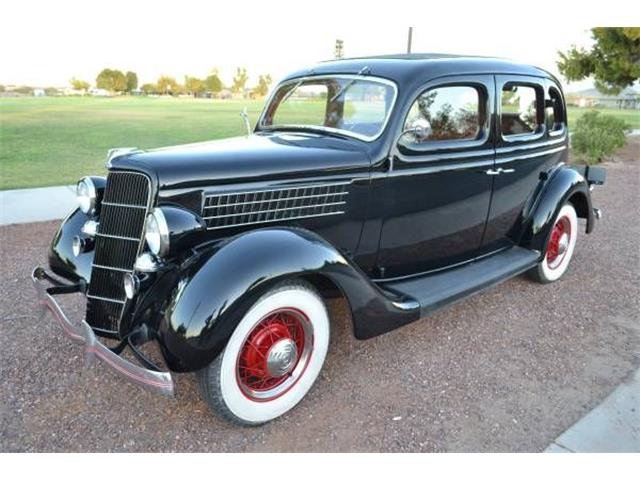