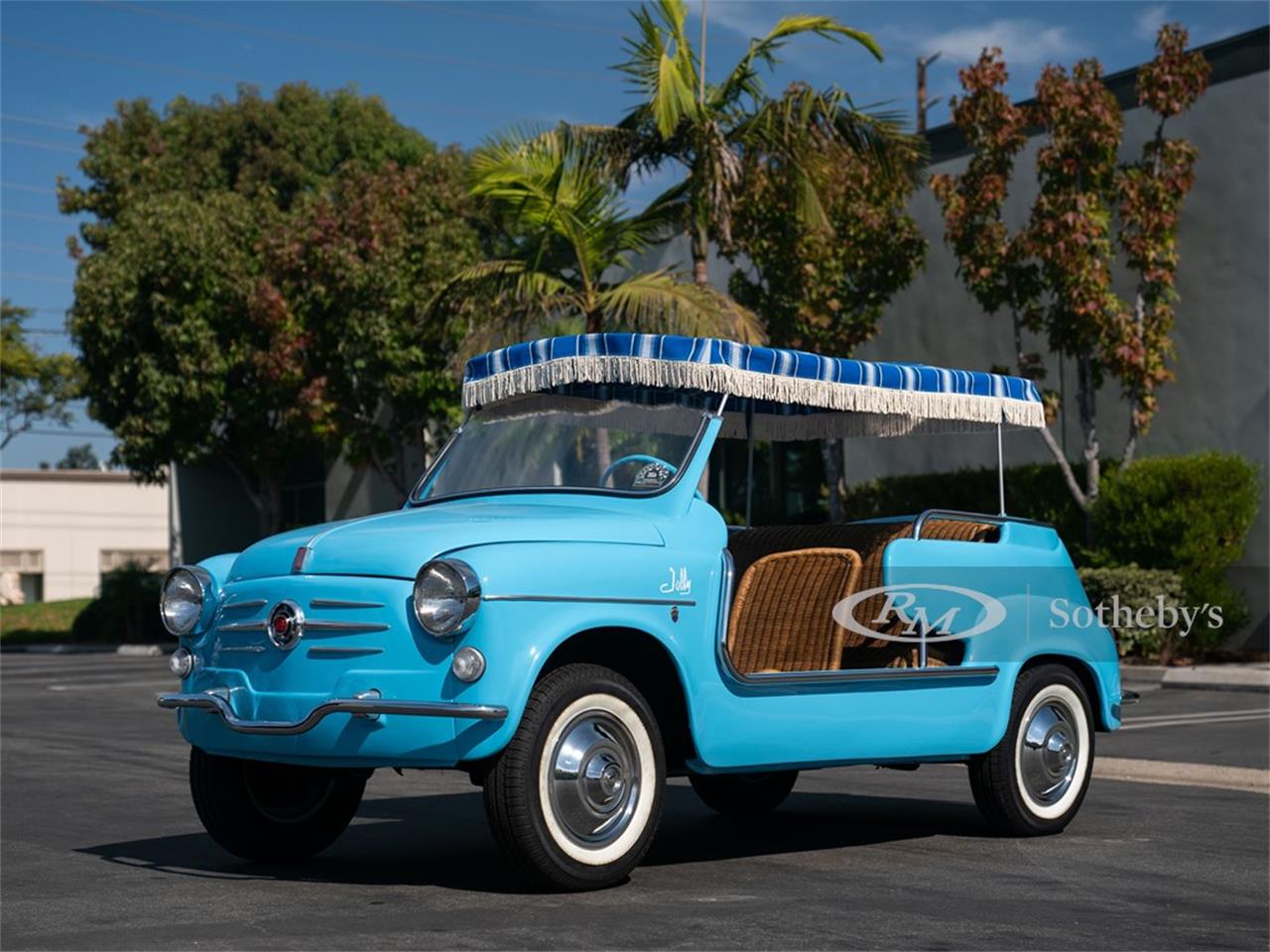 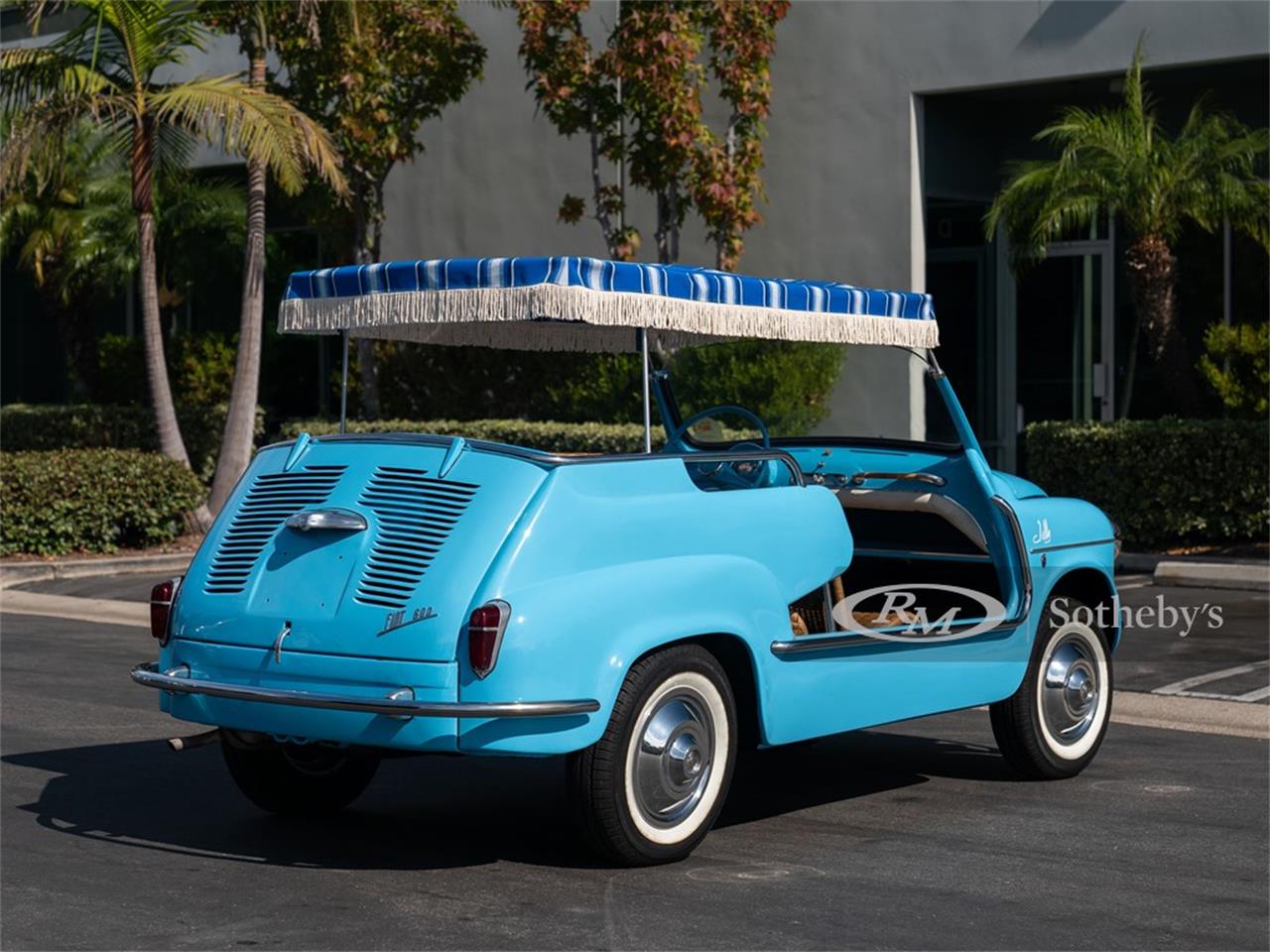 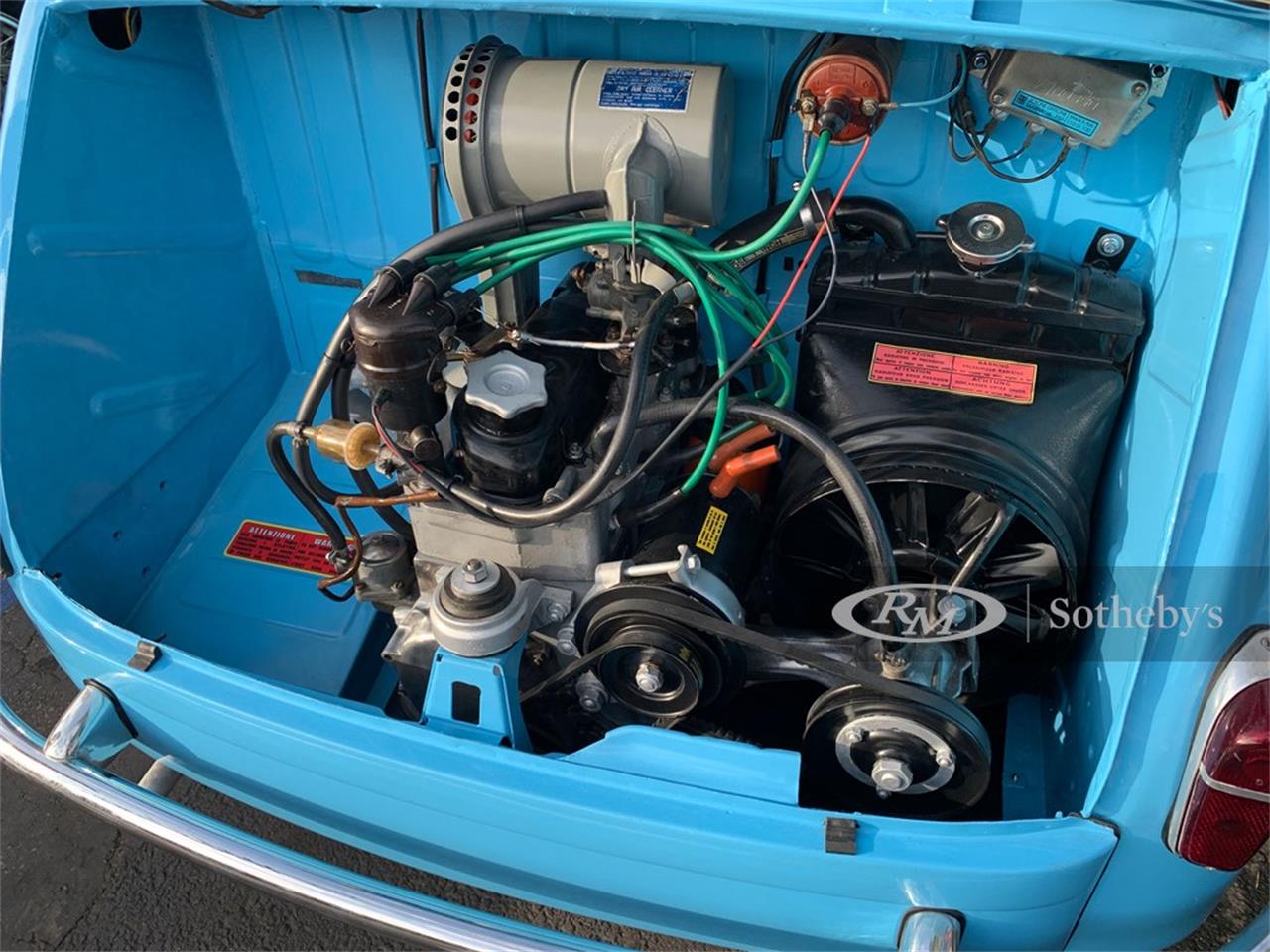 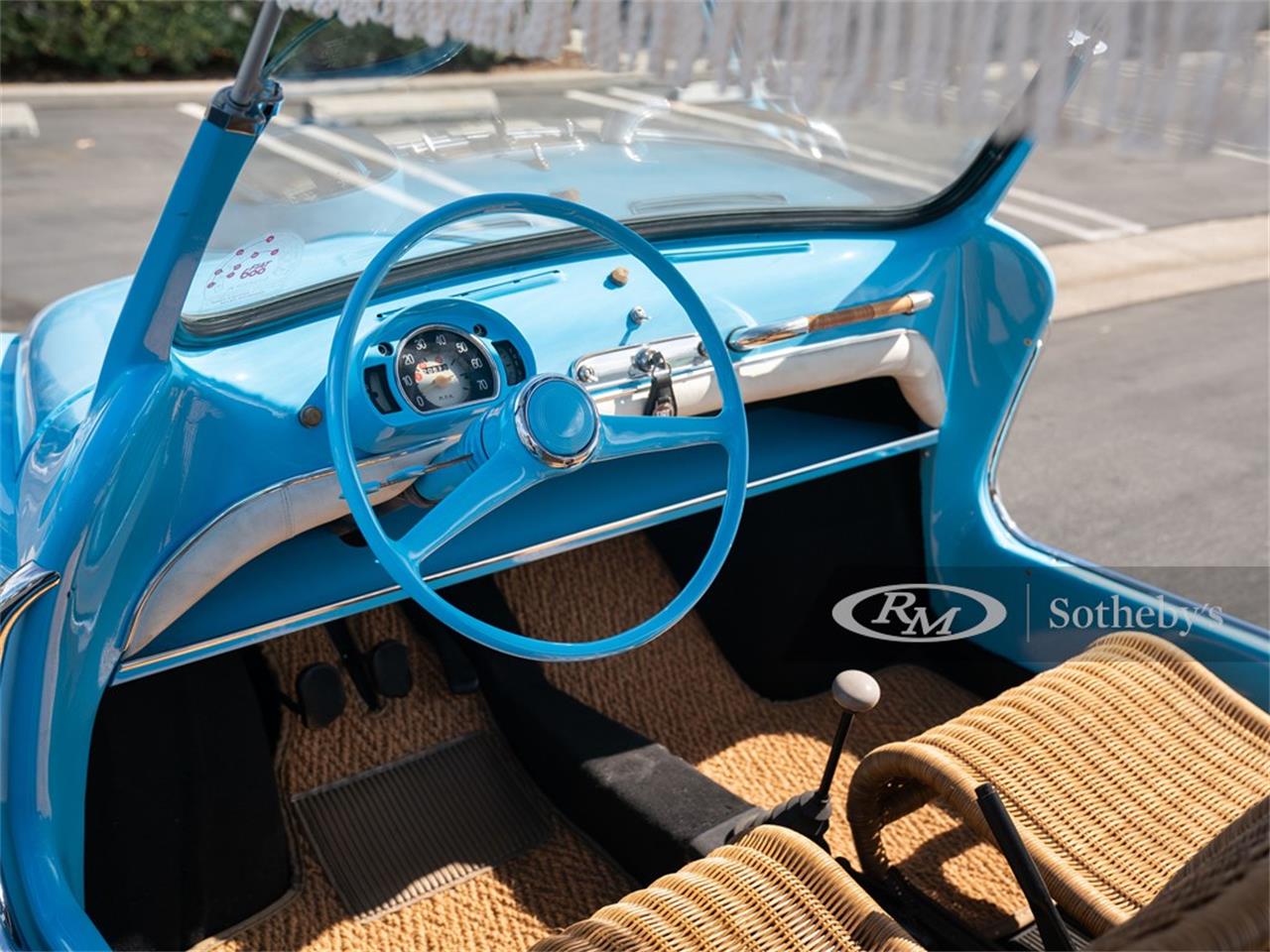 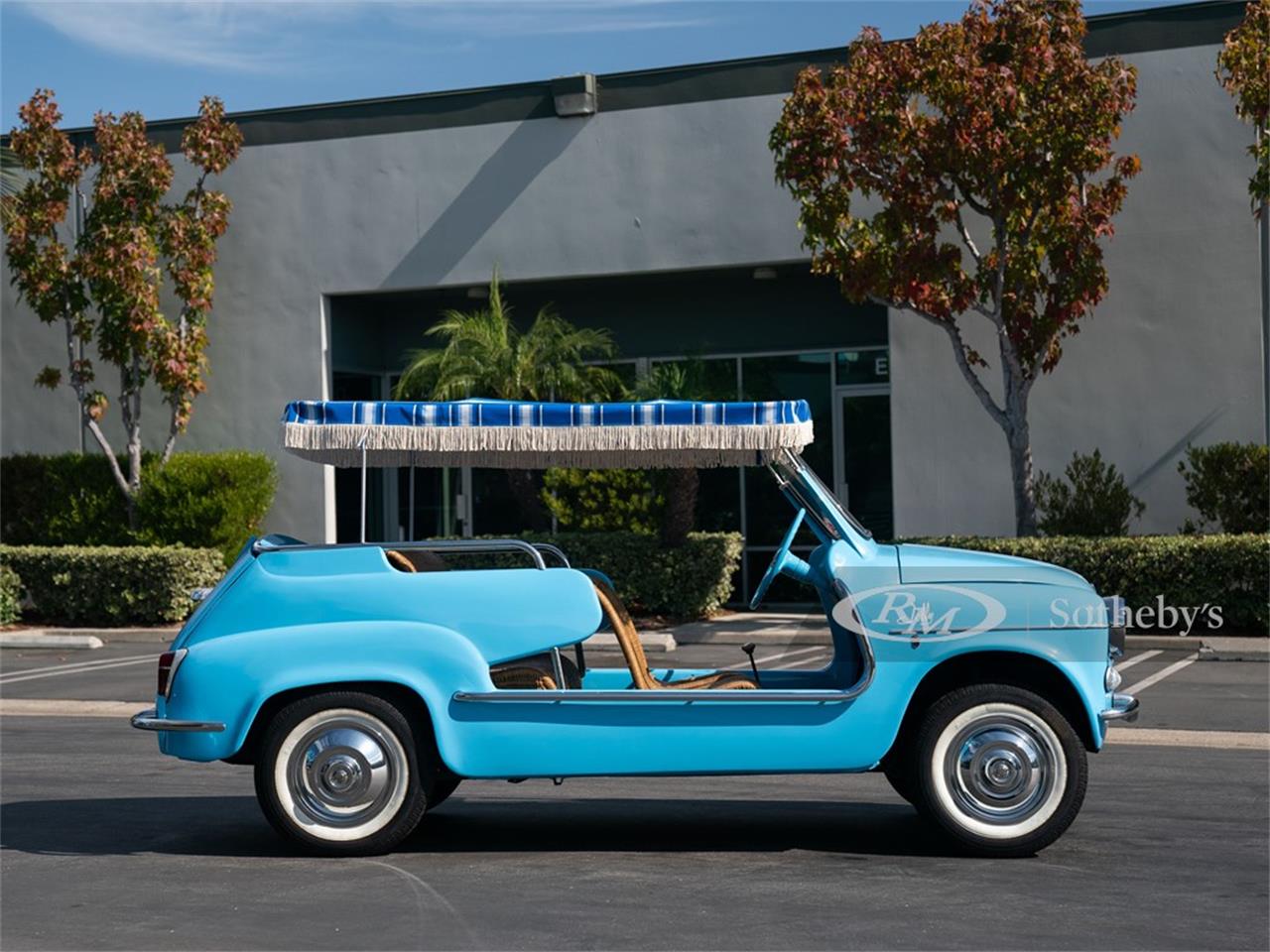 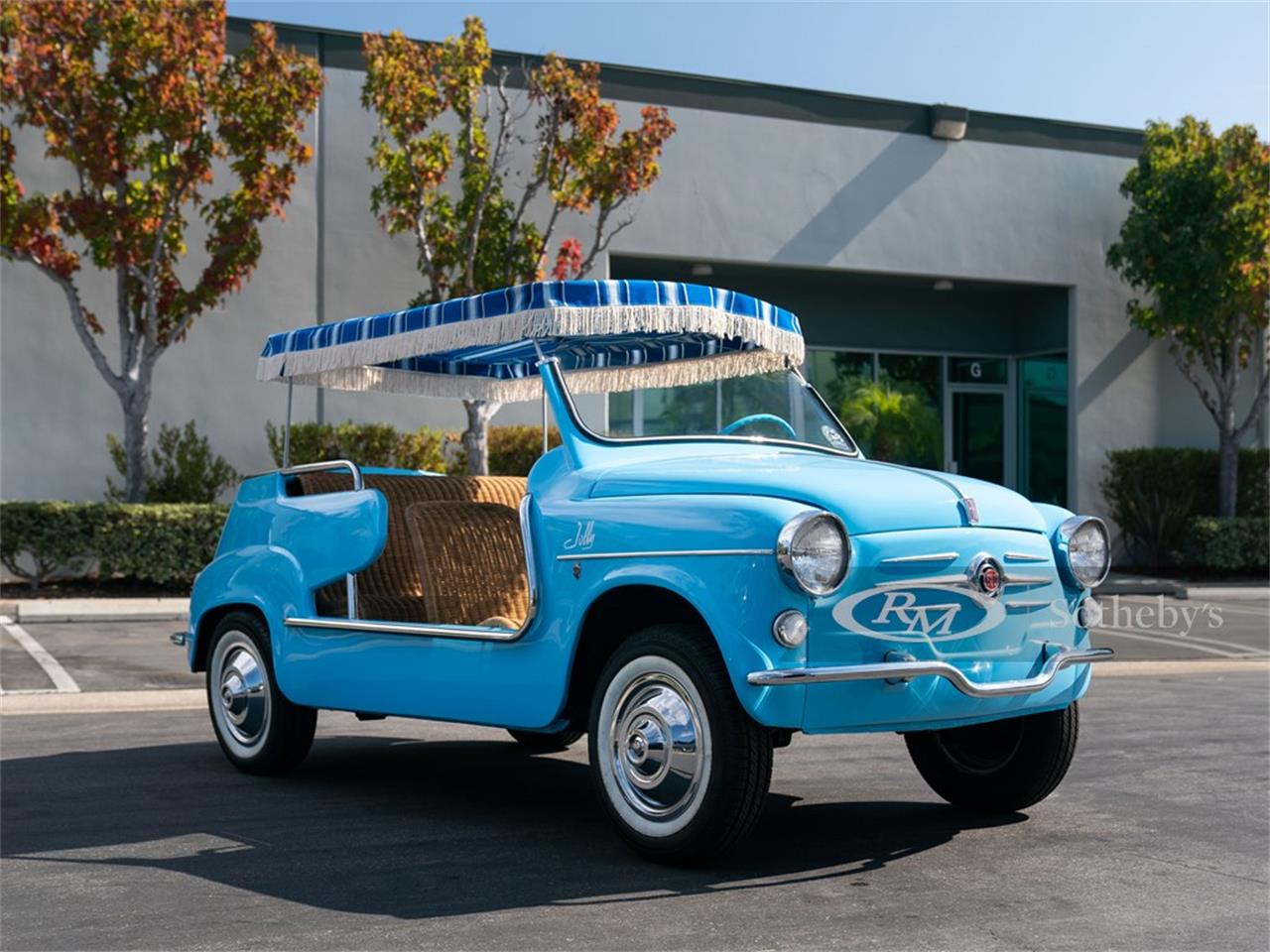 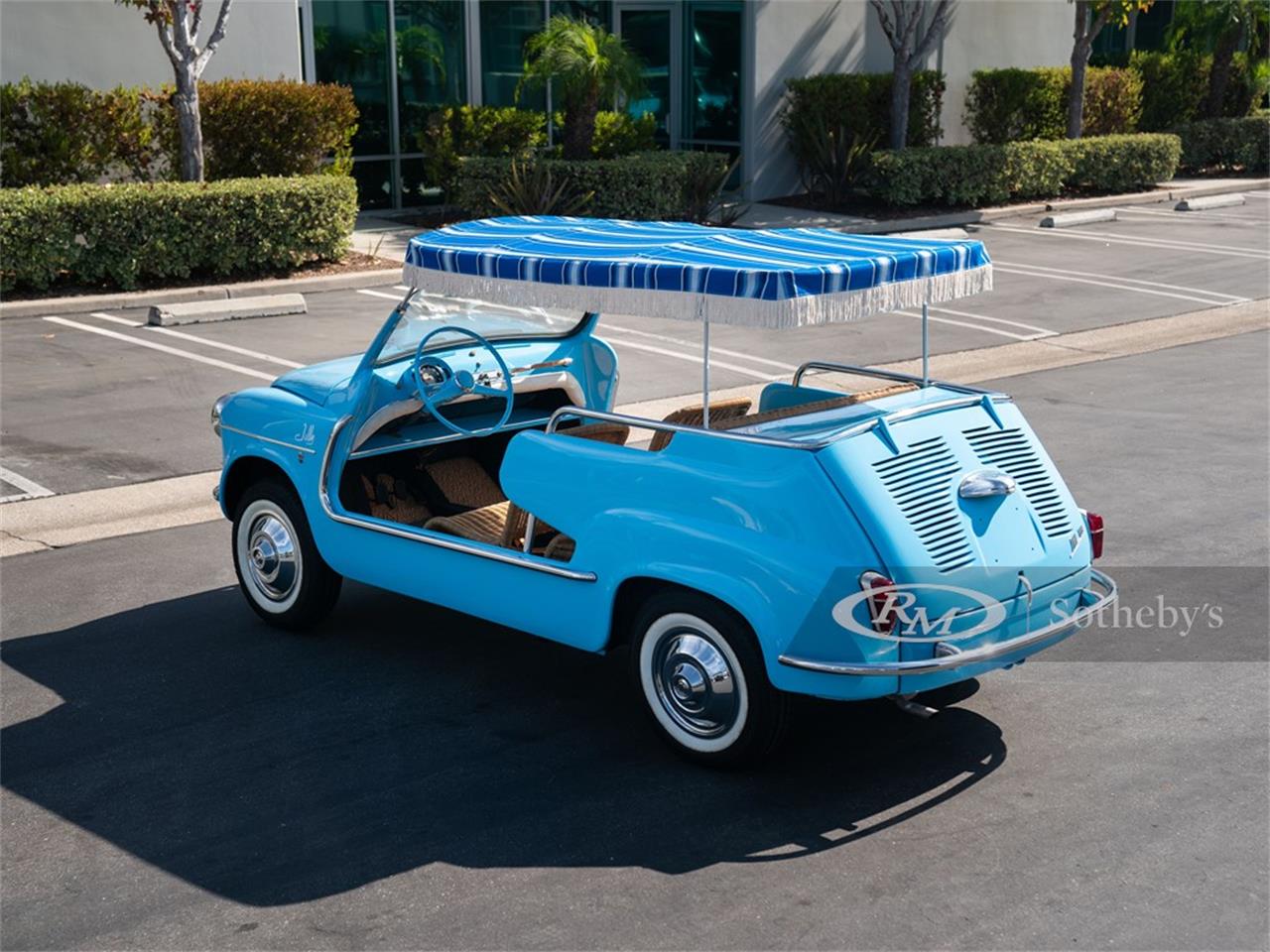 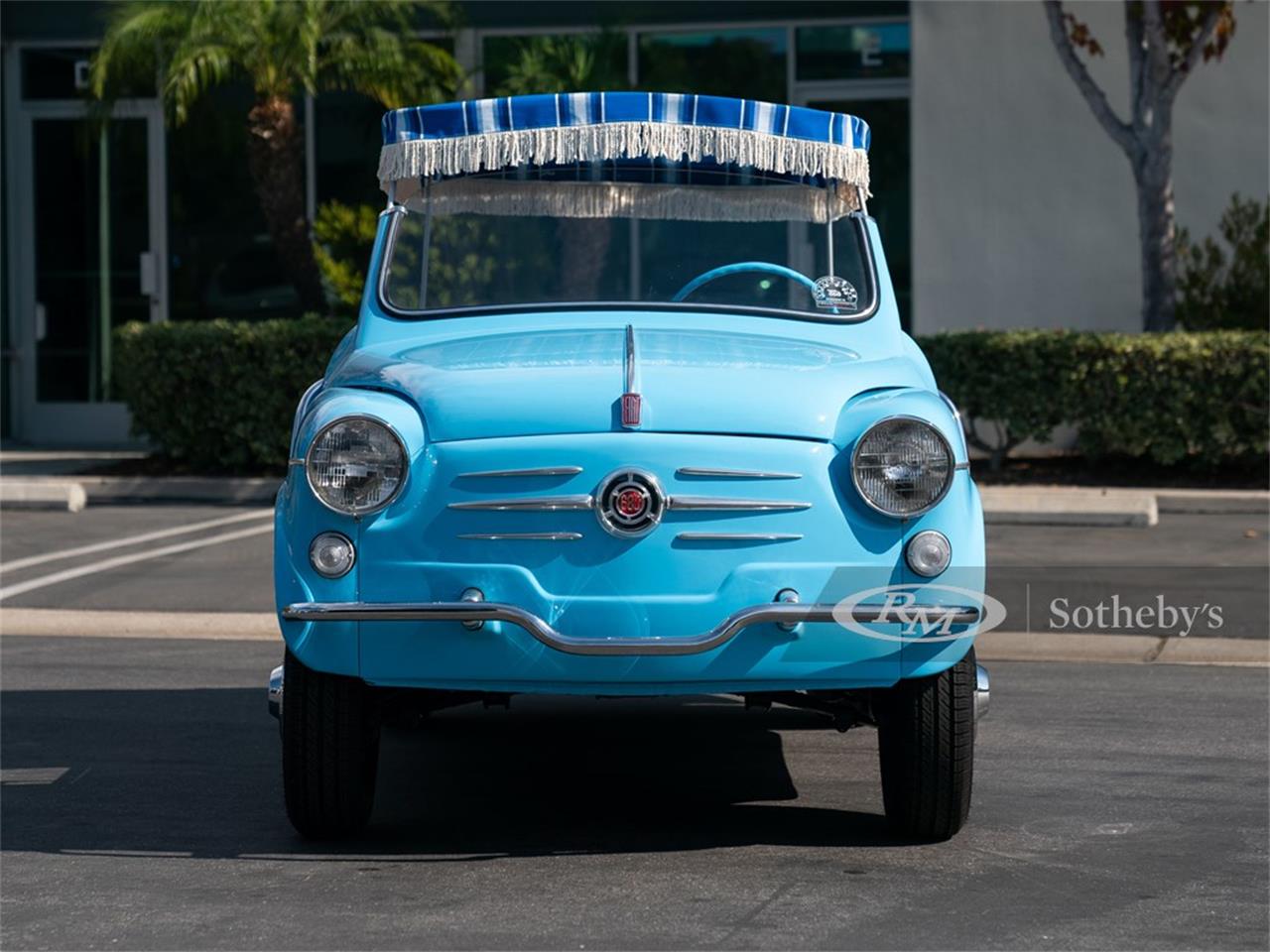 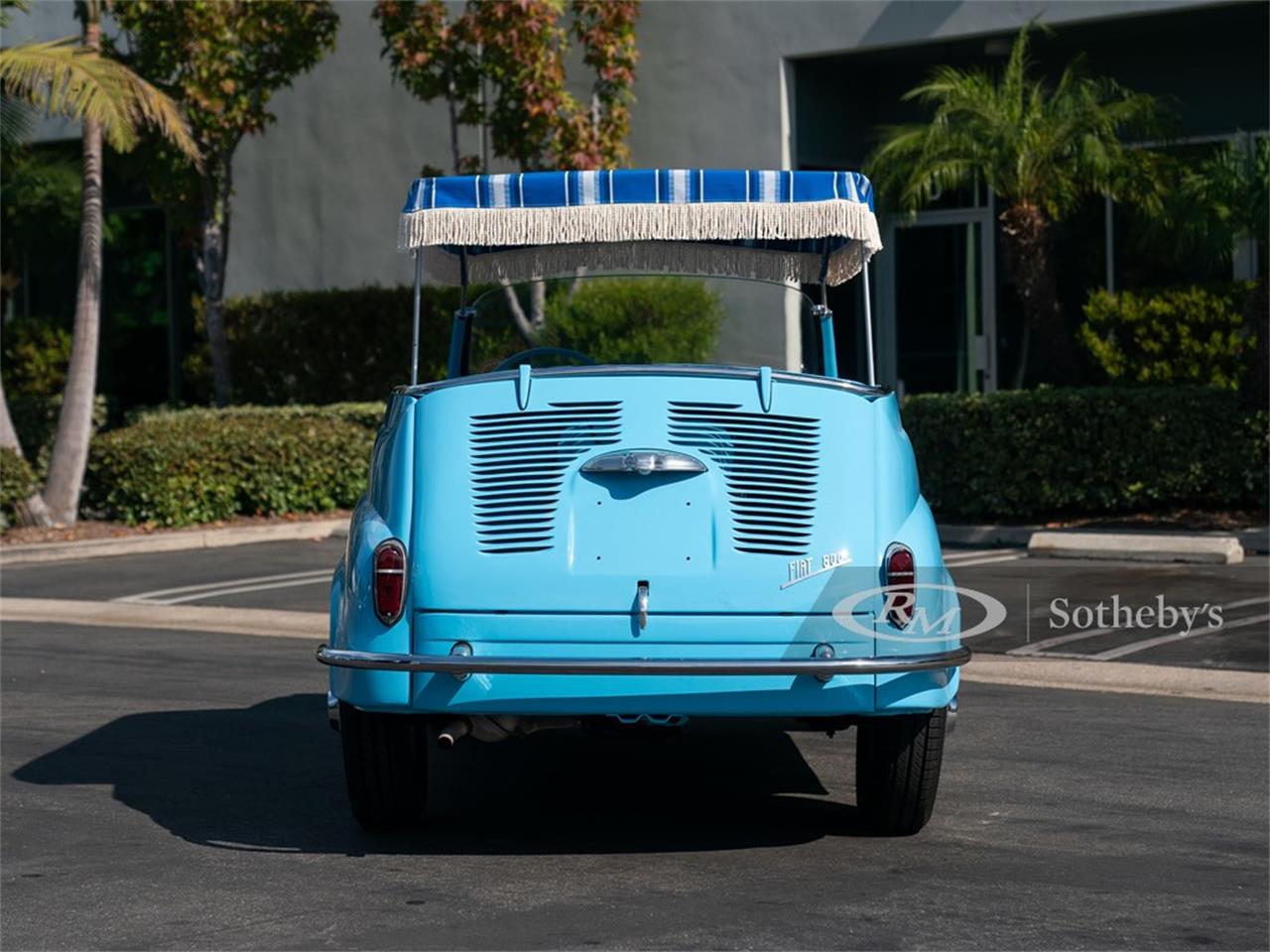 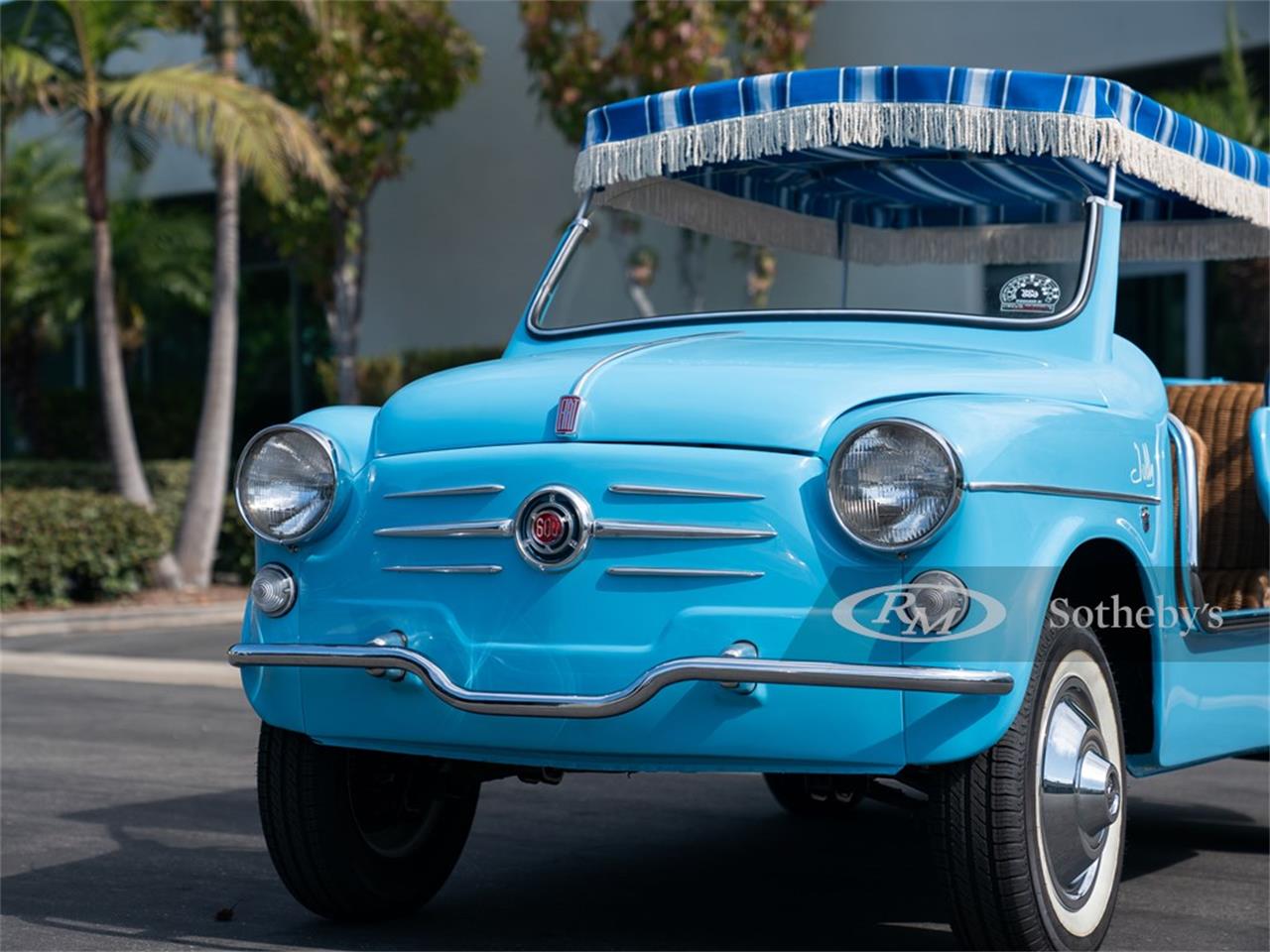 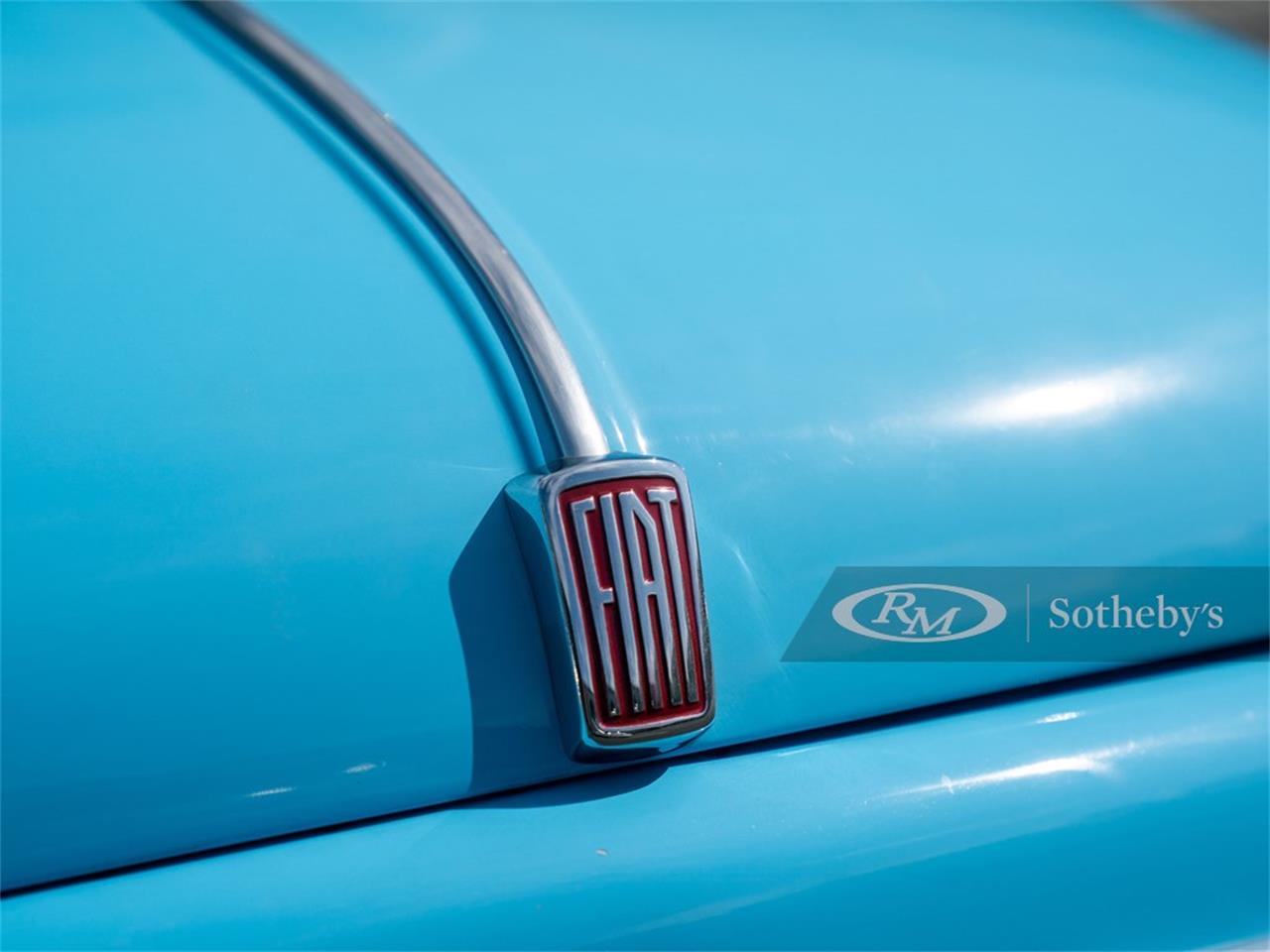 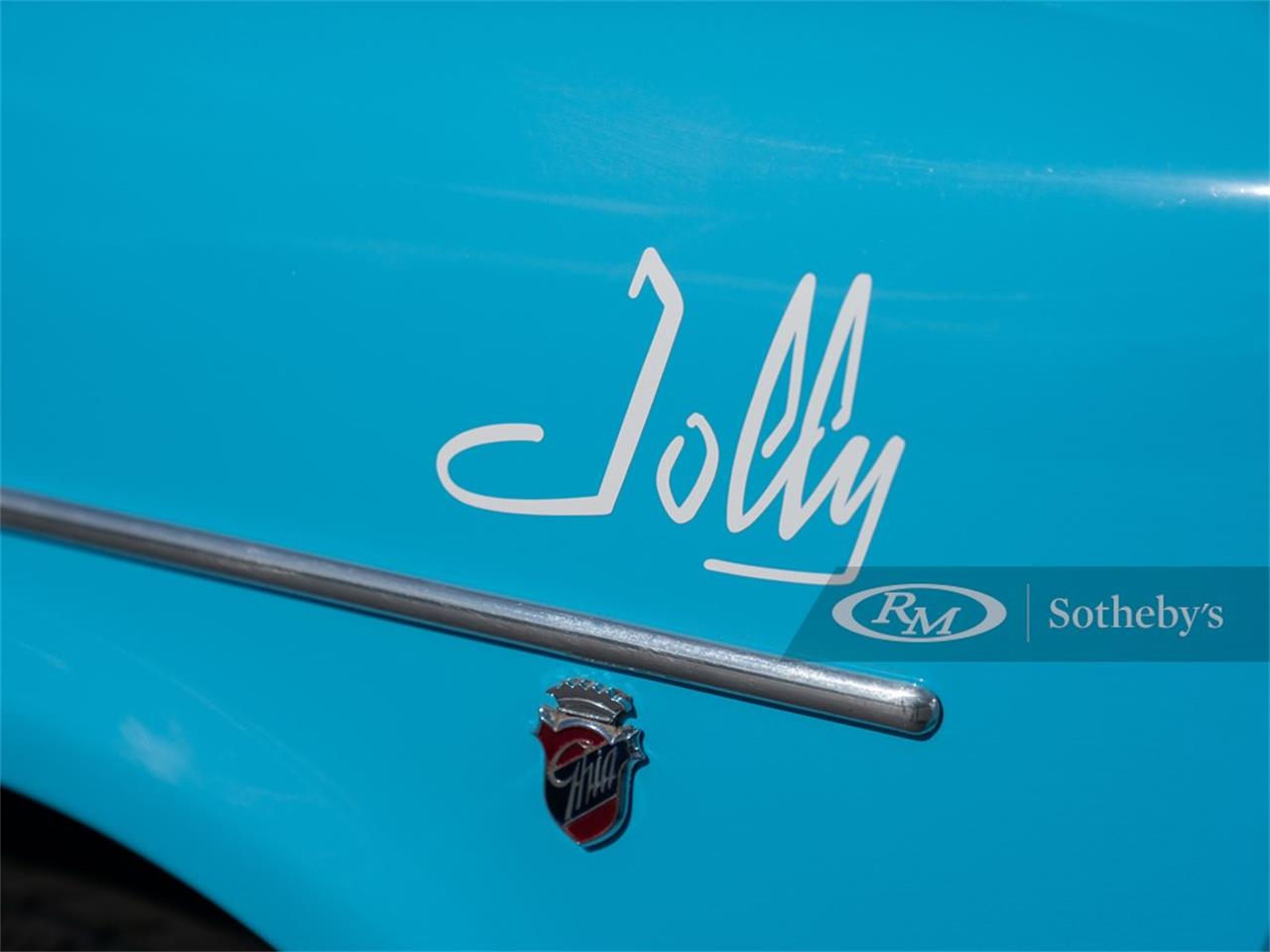 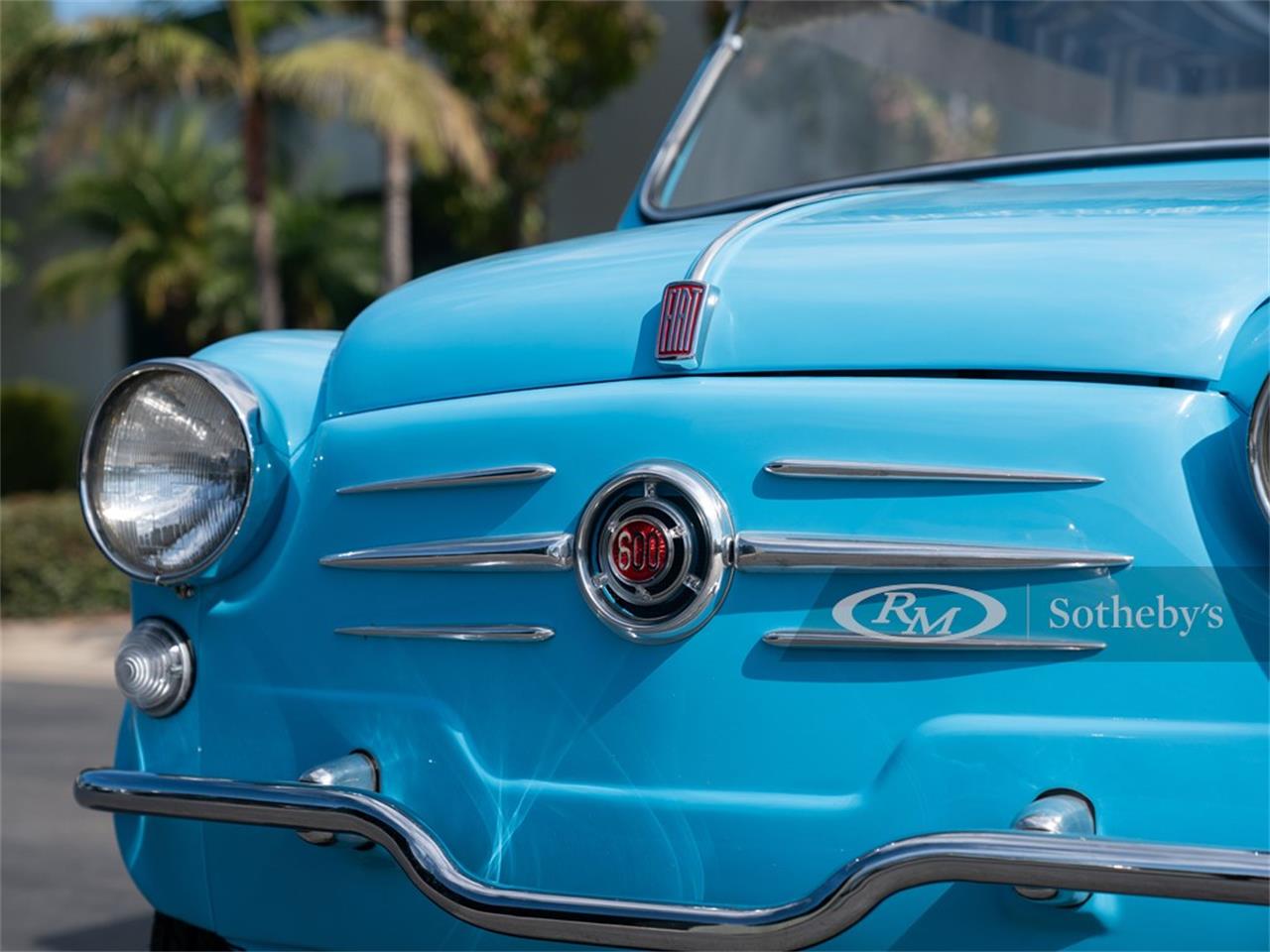 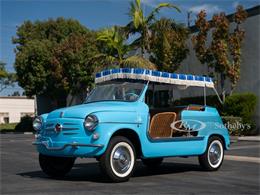 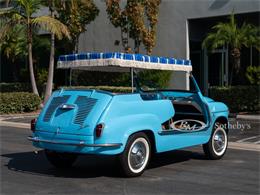 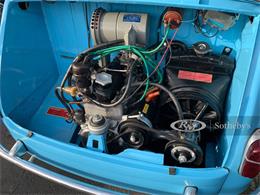 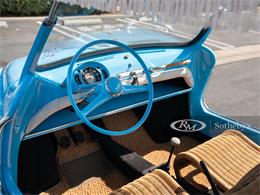 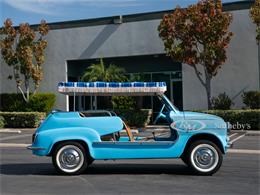 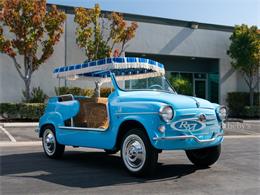 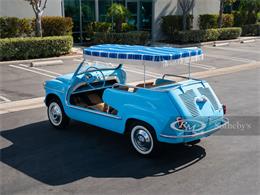 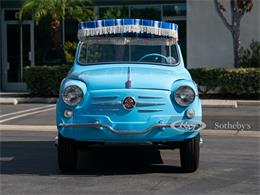 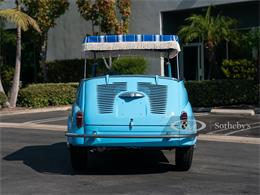 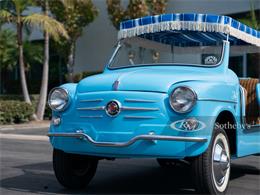 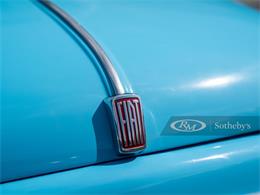 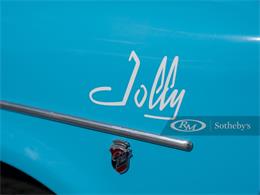 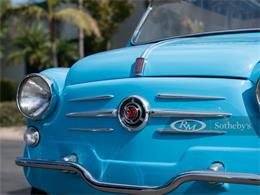 If the hard-working Fiat 500 and 600 instantly conjure the hustle and bustle of a postwar European city center, their respective Jolly variants evoke another mood entirely: With their removable surrey tops, wicker seats, cut-down windshields, and open sides, the Jolly concept was conceived with fun and frivolity in mind. These cheerful little cars served as taxis and runabouts in resort towns, as transportation on grand estates, and even as dockside tenders for the yachting set.

A variety of Italian carrozzerias tried their hands at the Fiat-based beach car concept, but the Ghia-built Jolly was by far the most successful. Precise production numbers vary depending on the source, but 600-700 of these cars are believed to have been built between 1958 and 1966. While most were based on the two-cylinder Fiat 500, examples like this used the Fiat 600-which benefitted from a more powerful, 633 cubic-centimeter four-cylinder engine-as starting point. With just 28 brake horsepower, the 600 Jolly was never intended for high-speed thrills, but the extra output made it a better candidate for the United States market.

Such was the case for this example, which sports a mph speedometer and larger American-market headlamps. Reportedly delivered new to the San Diego area, this 600 Jolly has been treated to a total restoration by the marque experts at Theo's Microcars in Costa Mesa, California. Attention to detail abounds, from the fringed top to the coco mats on the floor; the high quality of the restoration is apparent in the chromework, intricate wicker seating surfaces, proper cut-down glass windshield, and nicely detailed engine compartment.

Riding on radial whitewall tires and accompanied by a jack, this delightful and nicely restored 1959 Fiat 600 Jolly is as charming today as it was when new. It remains a distinctive and eager automotive companion for warm-weather adventures.To view this car and others currently consigned to this auction, please visit the RM website at rmsothebys.com/en/auctions/0620. 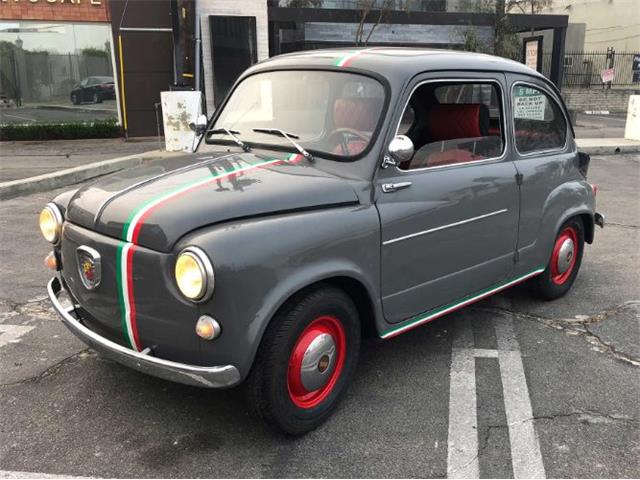 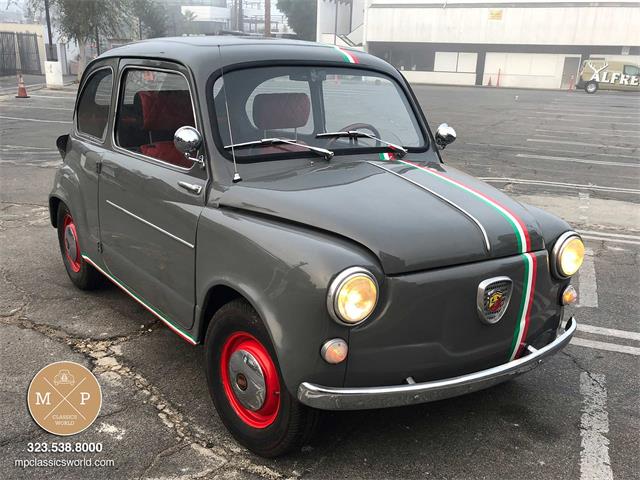