For Sale at Auction: 1970 Plymouth Cuda in Hershey, Pennsylvania 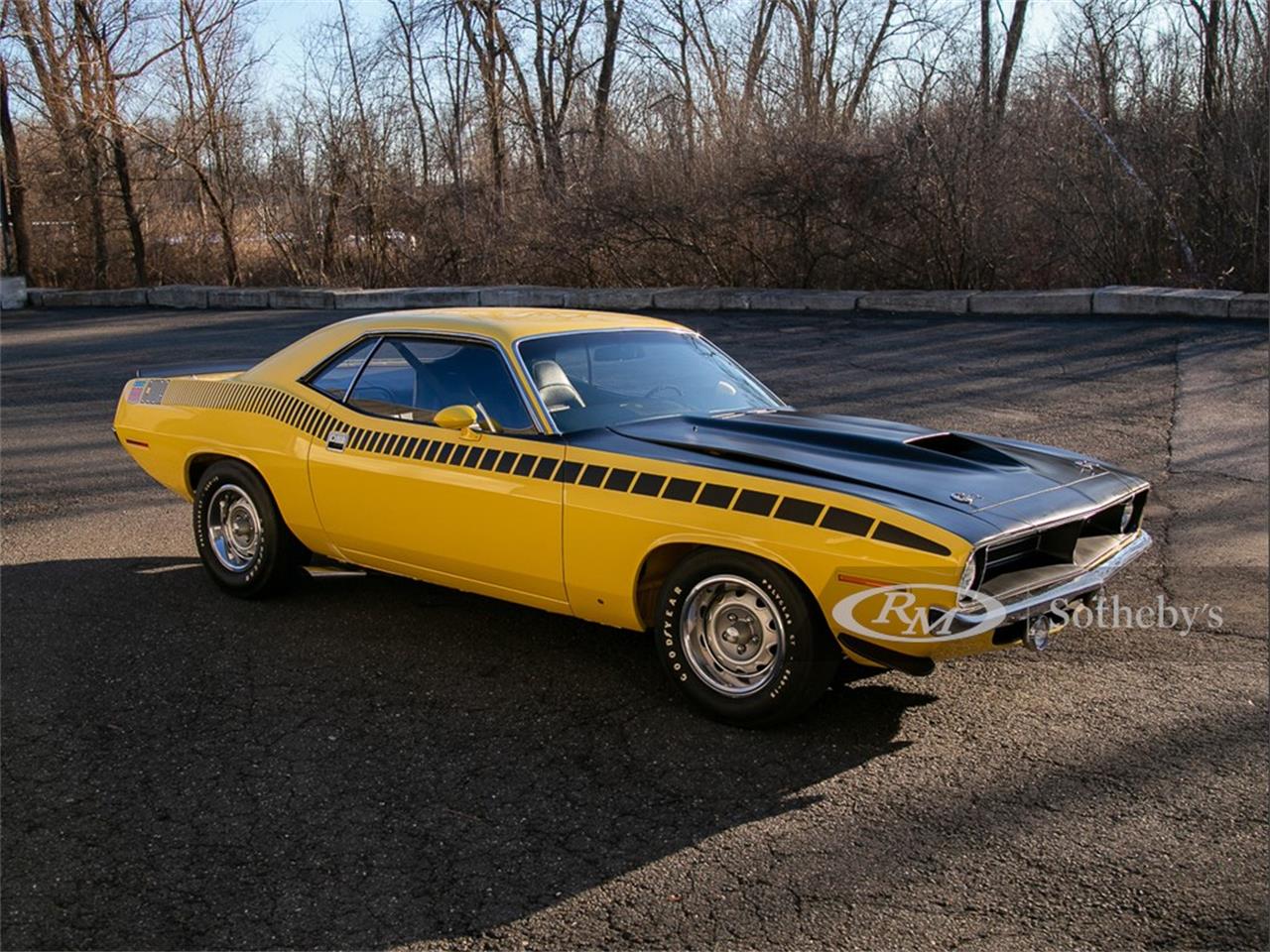 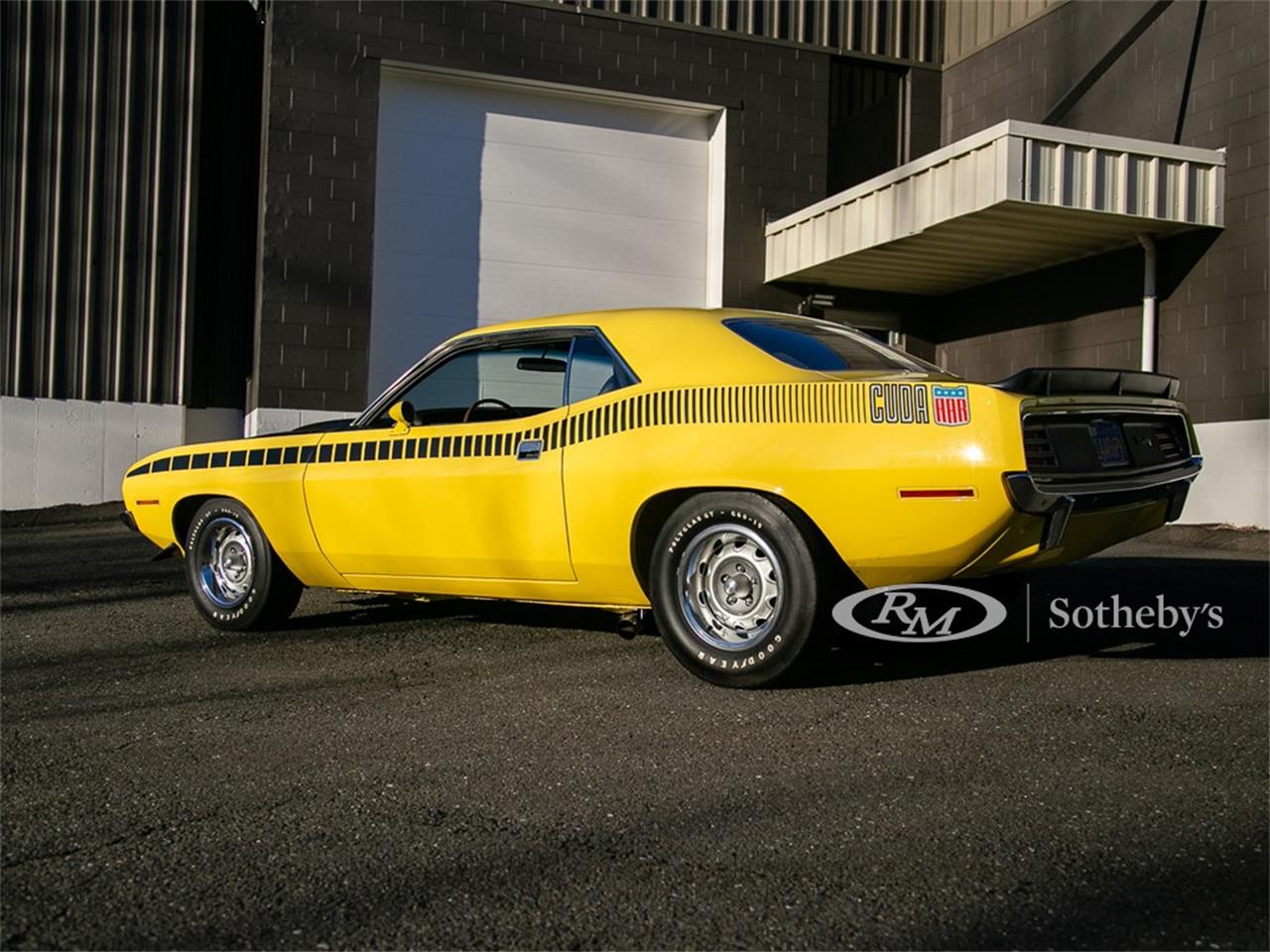 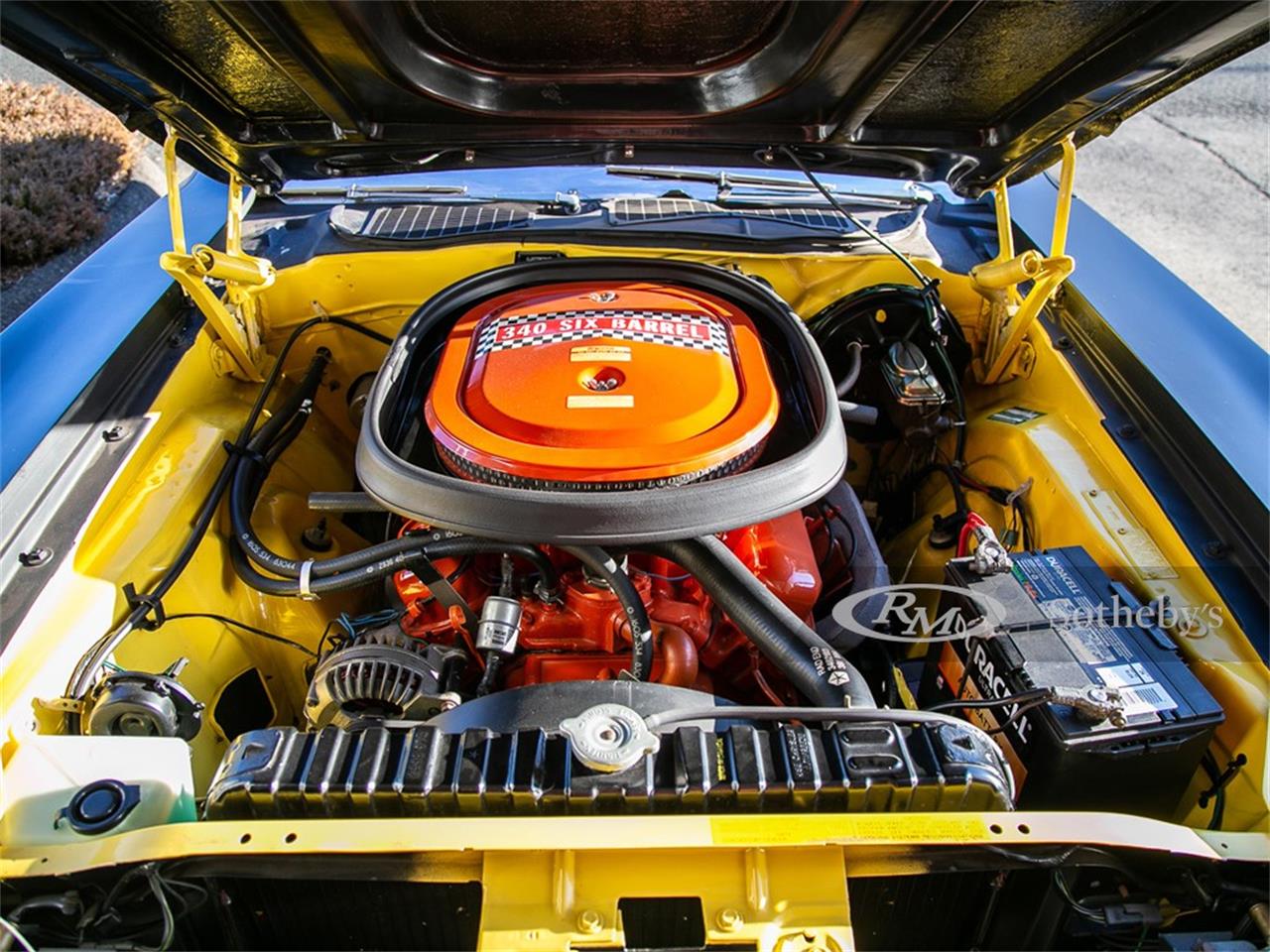 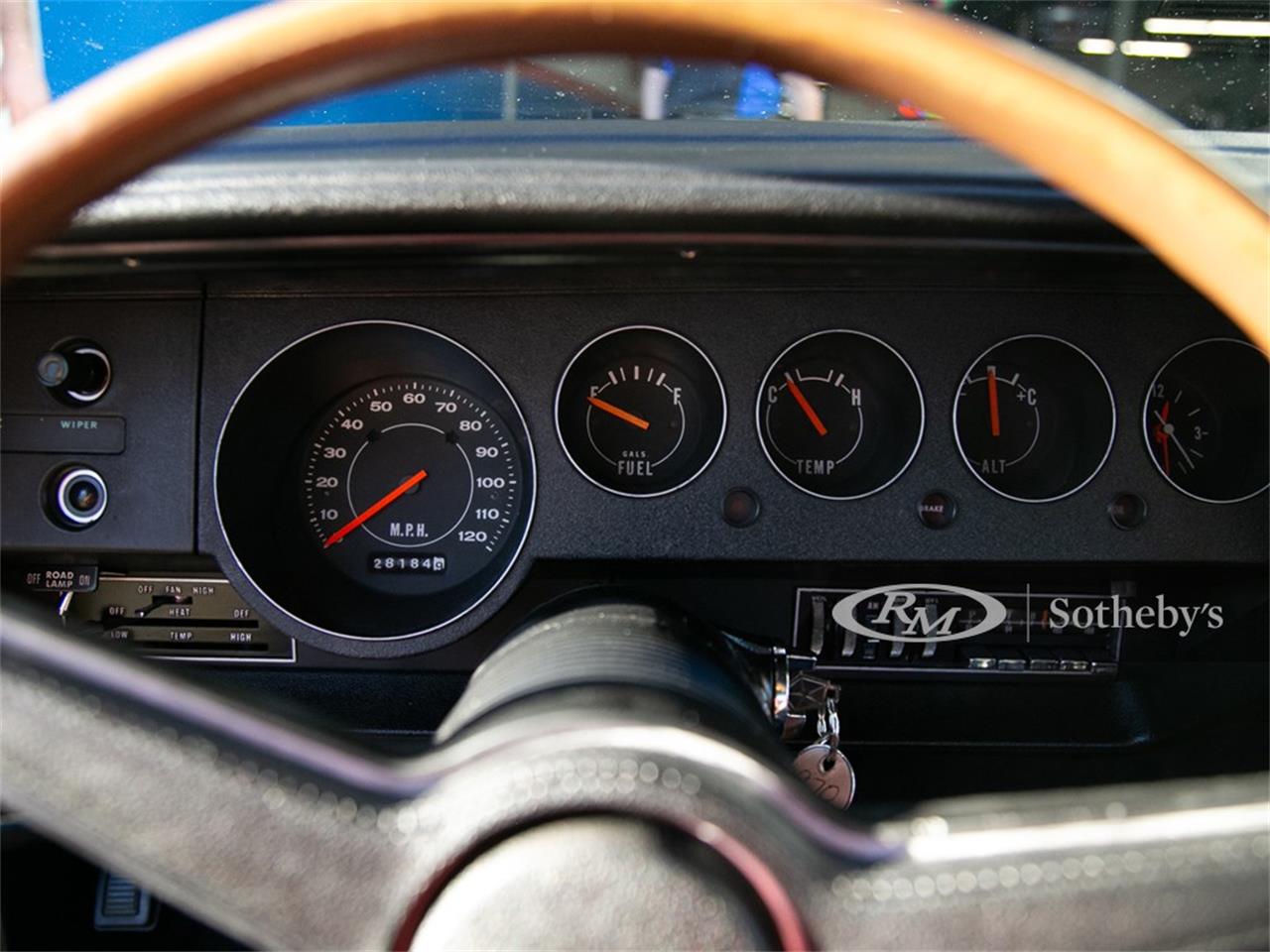 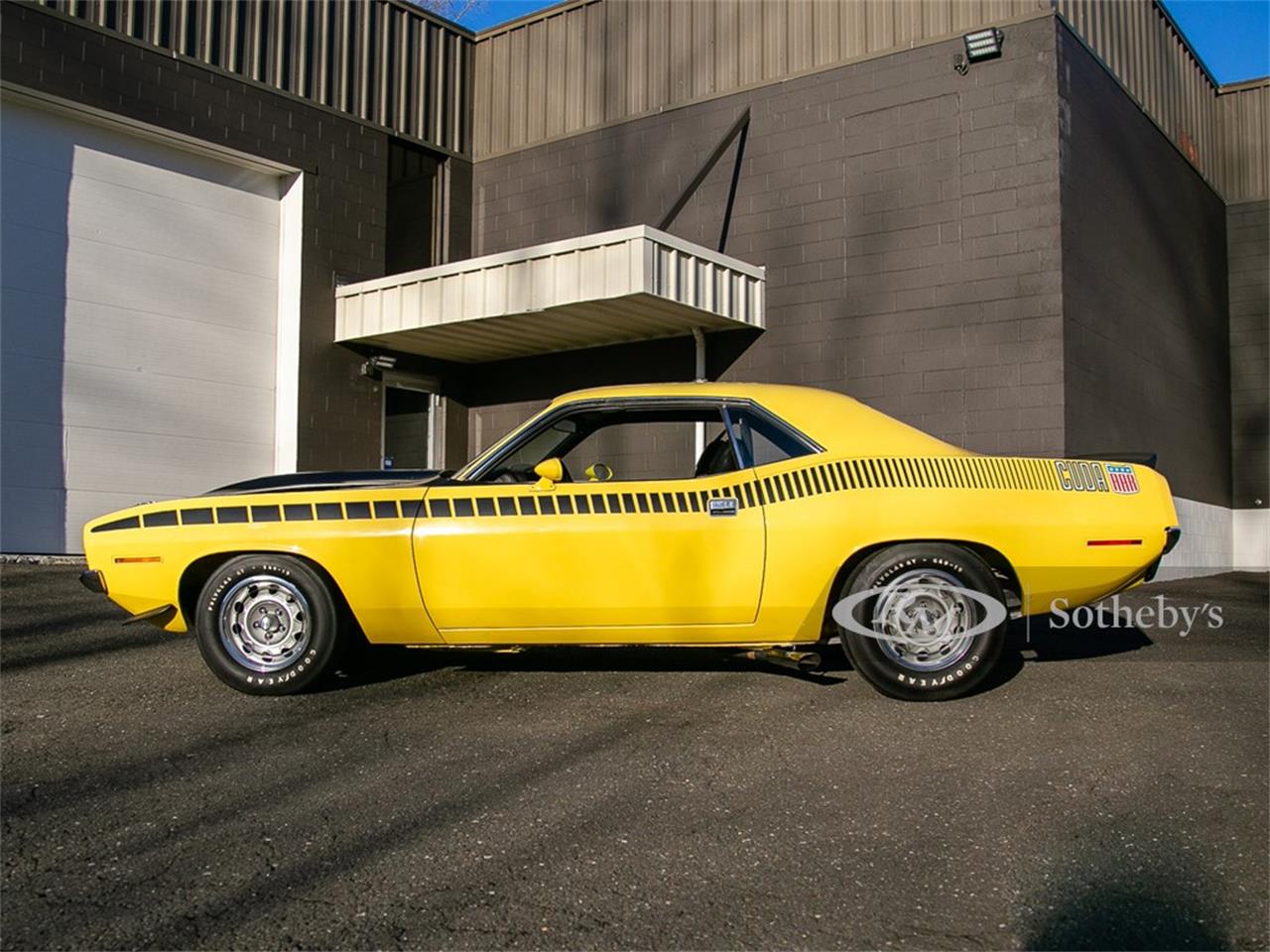 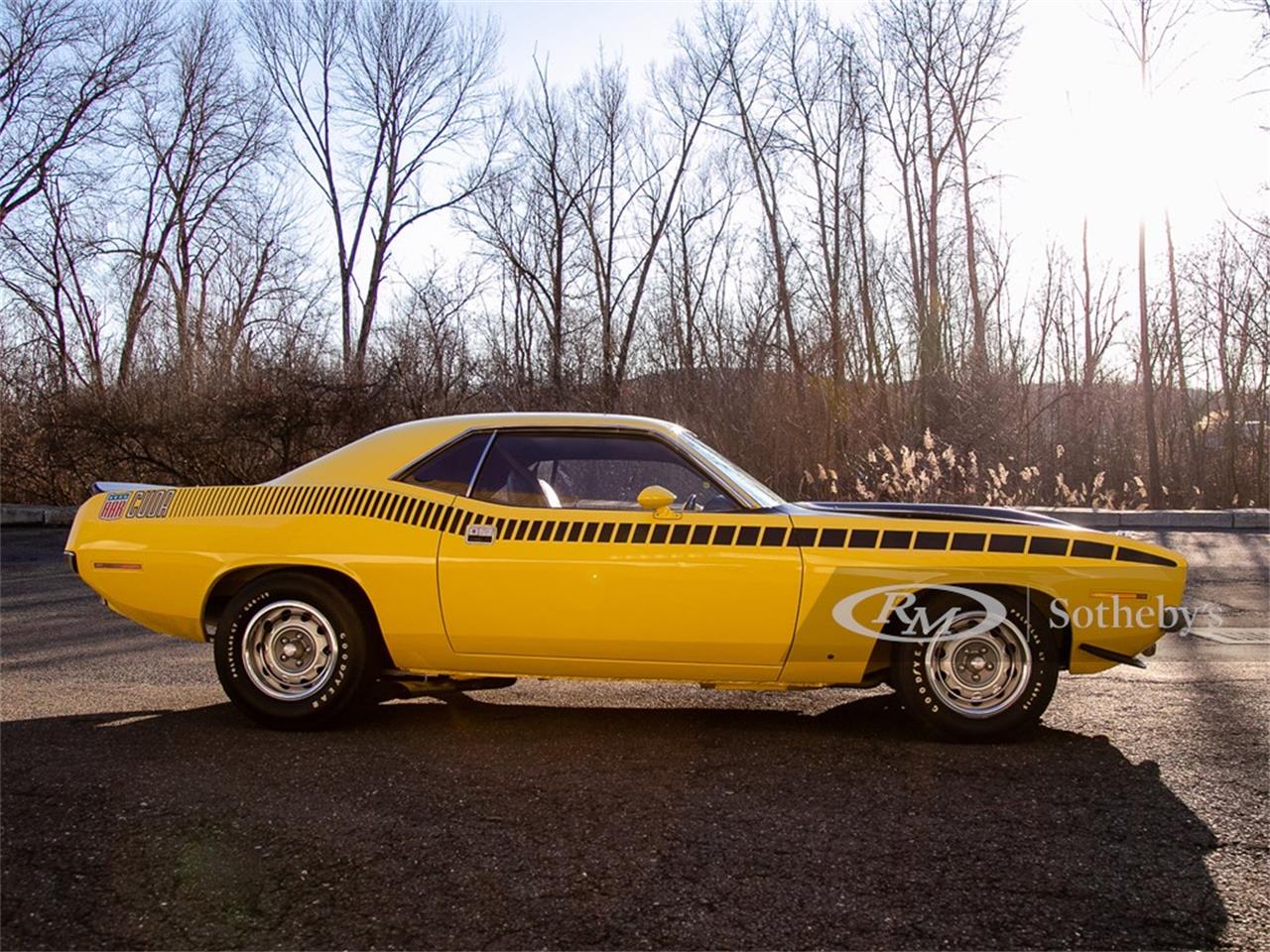 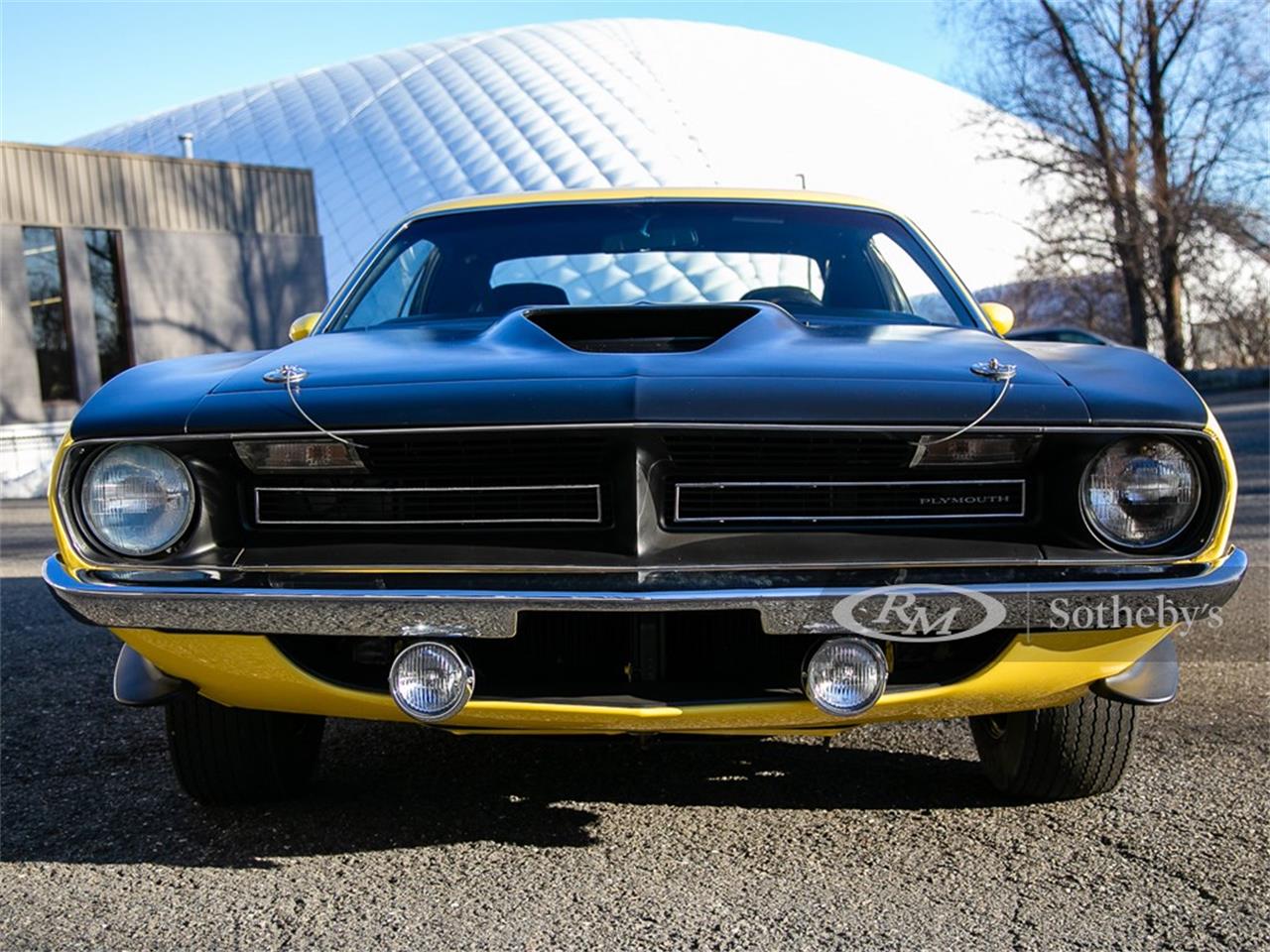 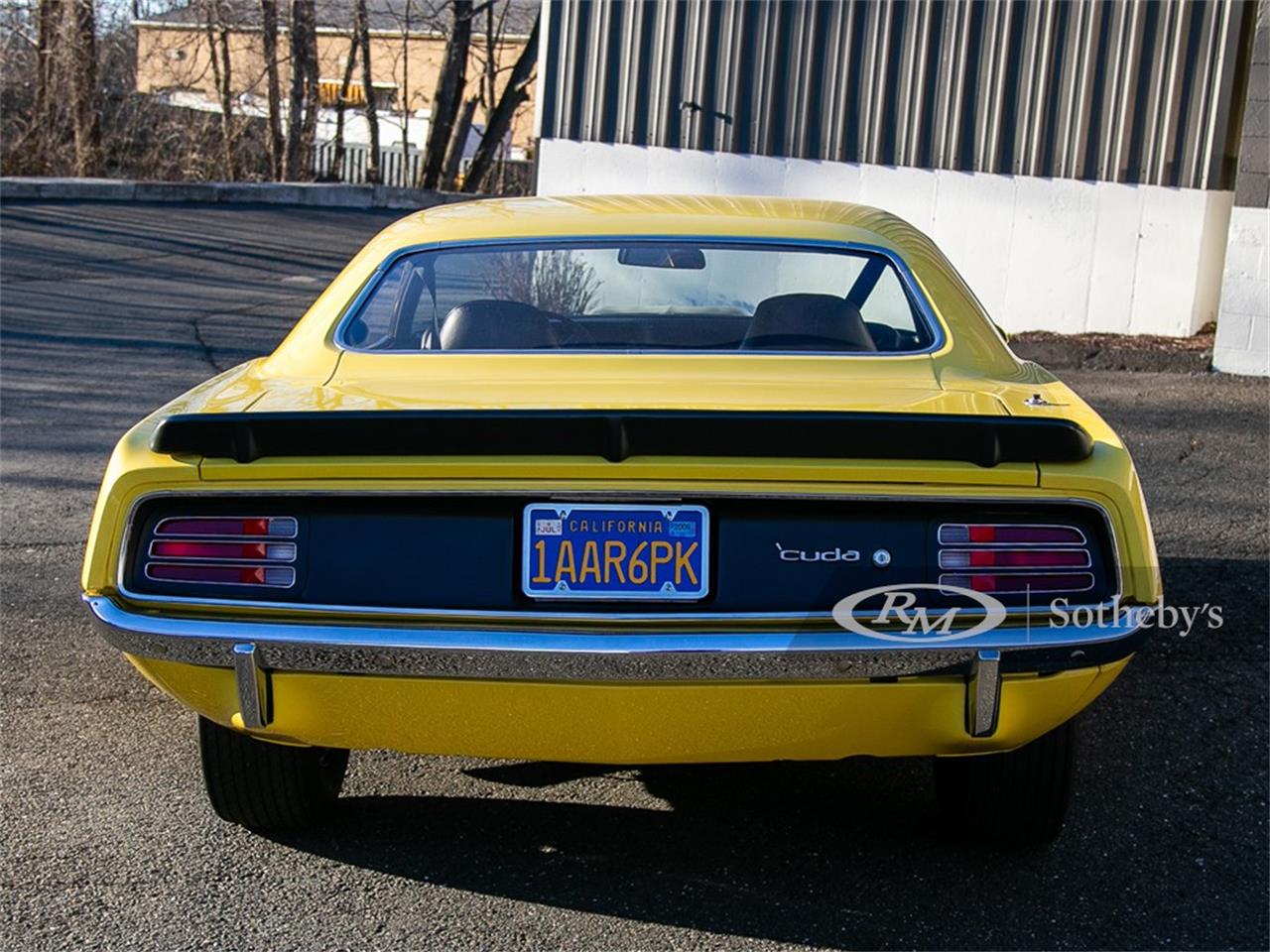 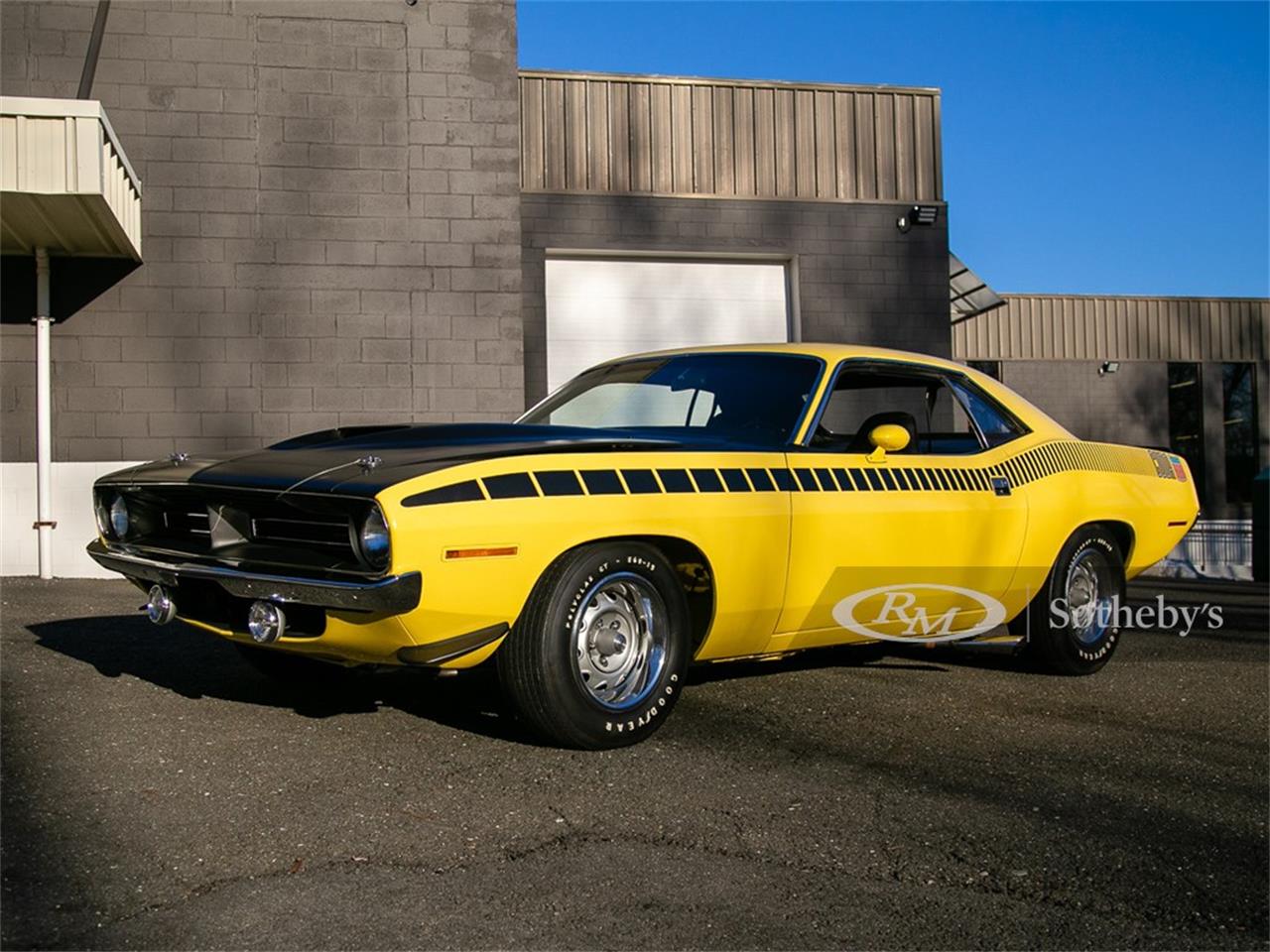 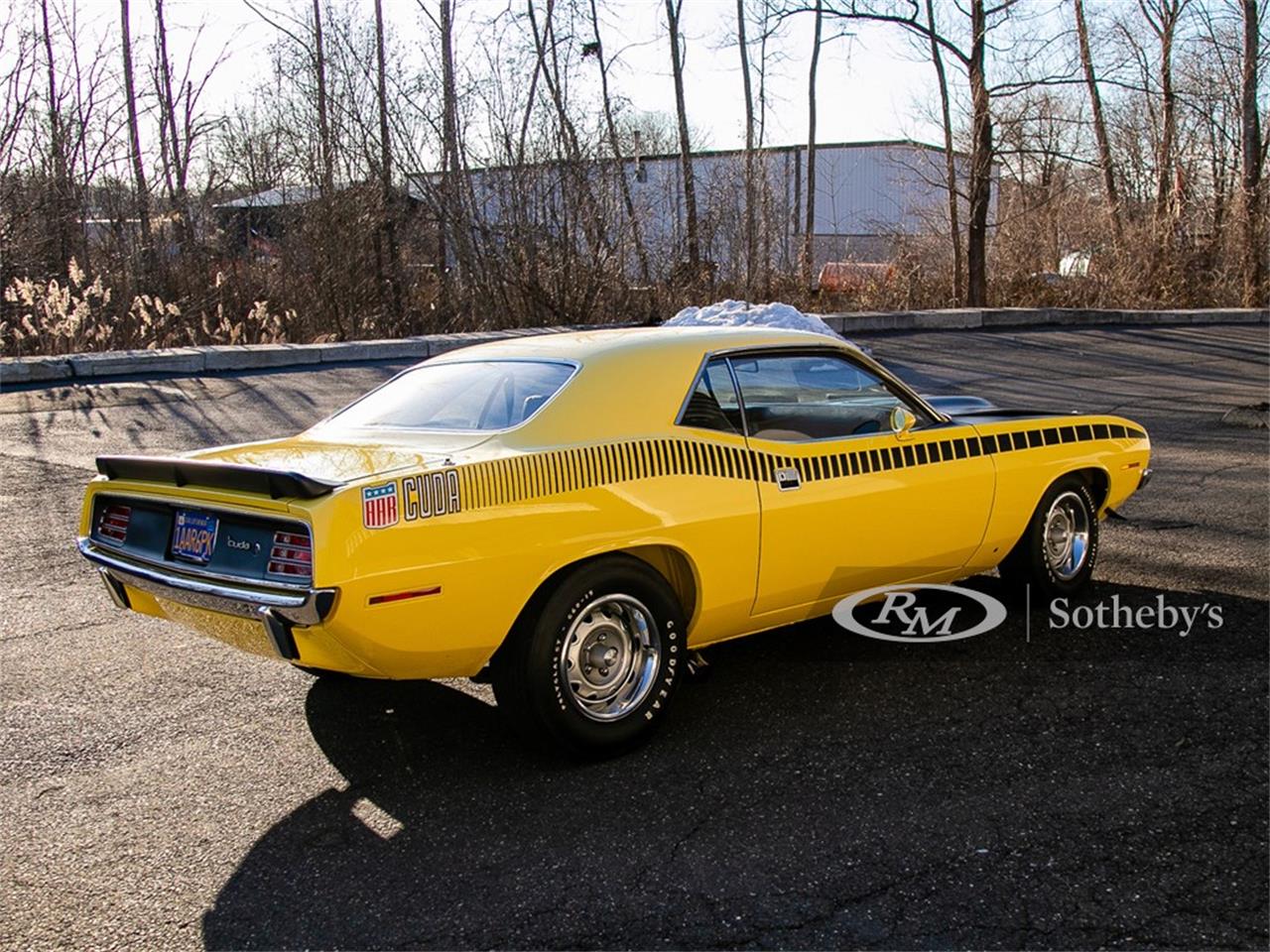 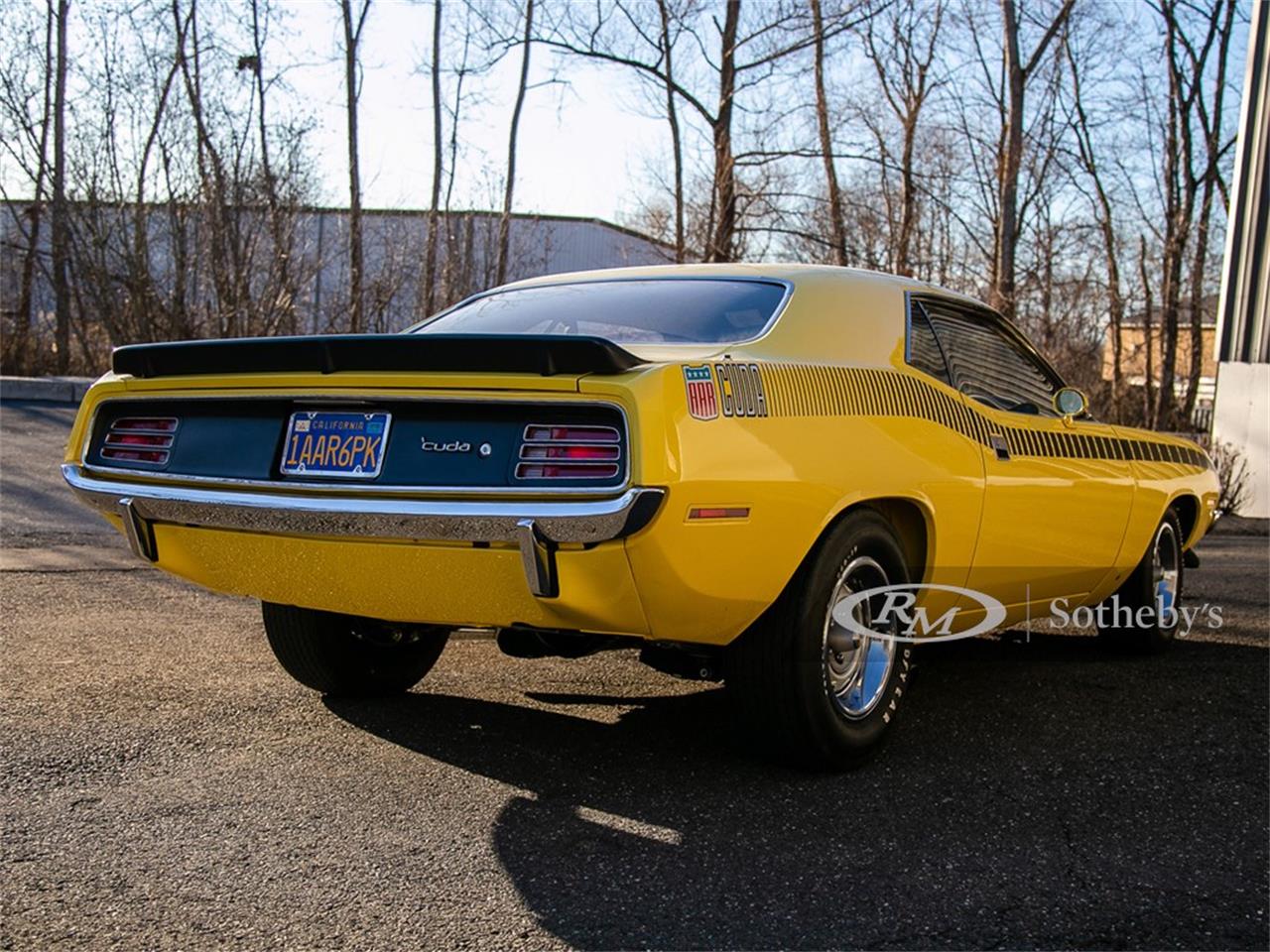 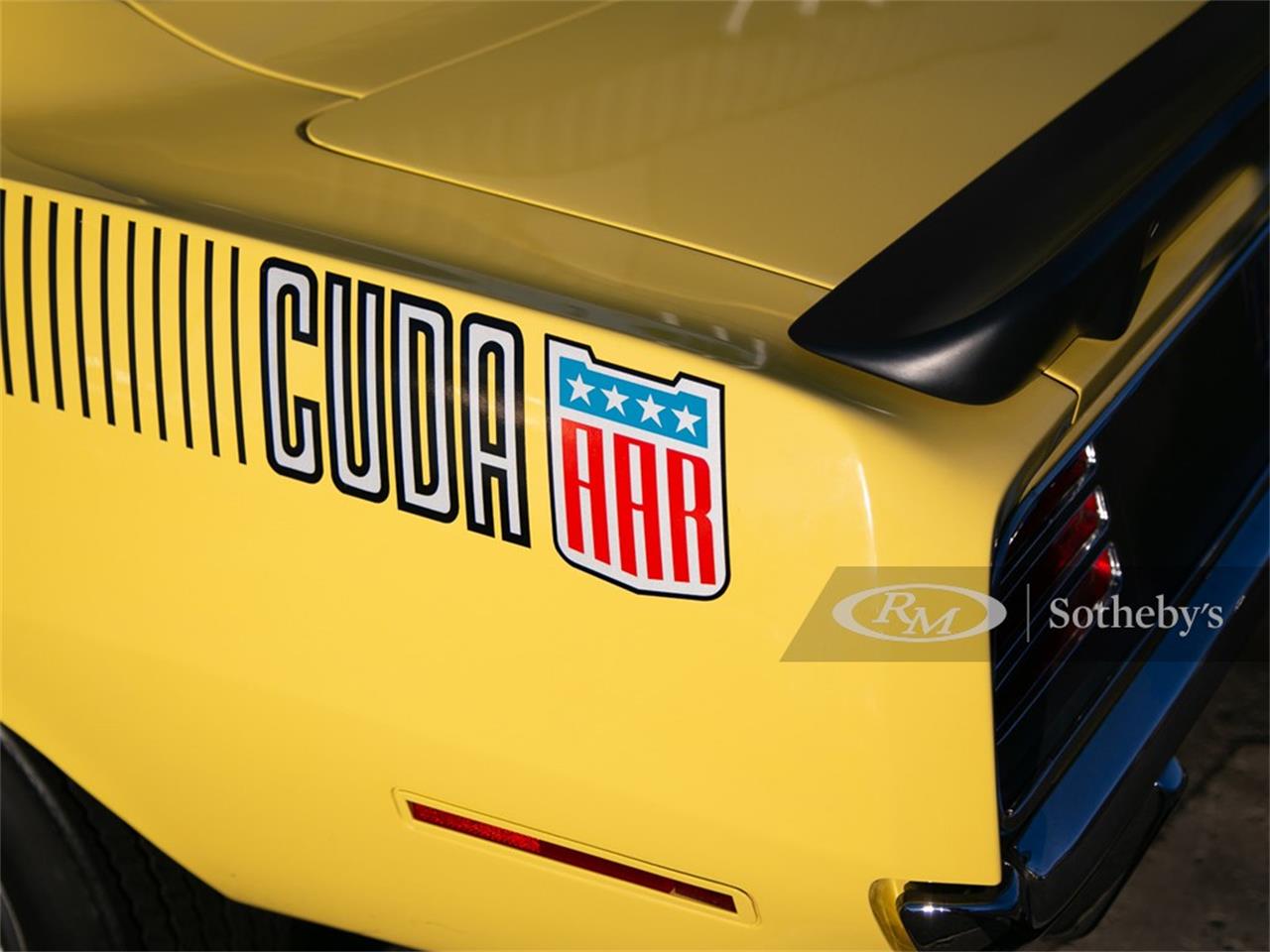 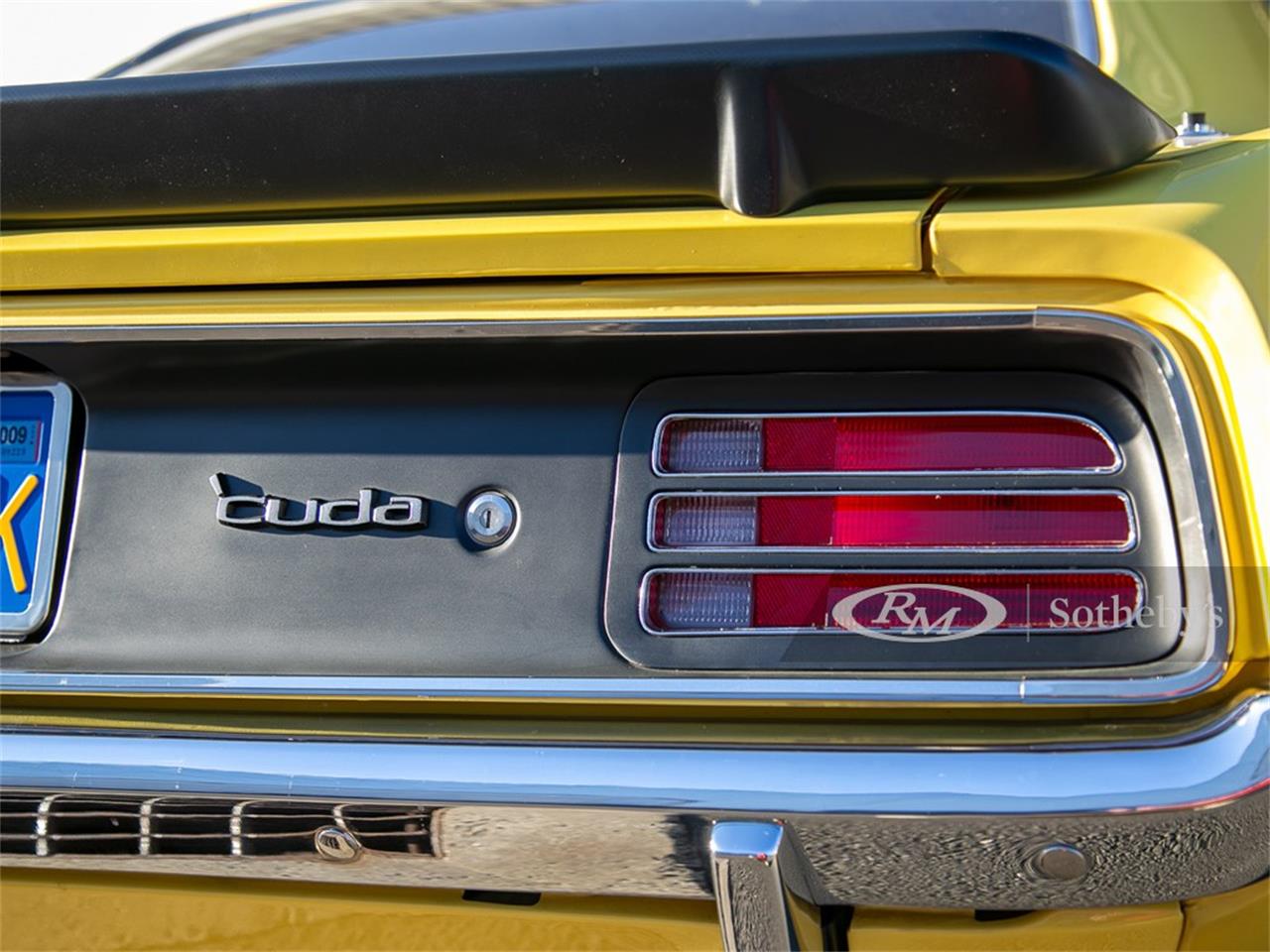 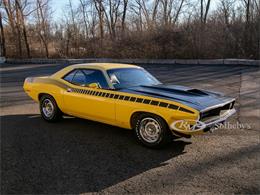 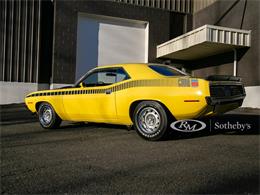 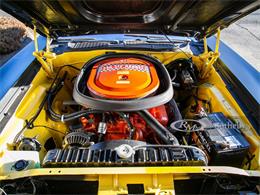 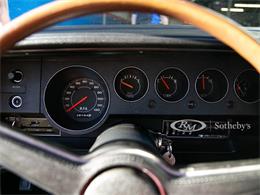 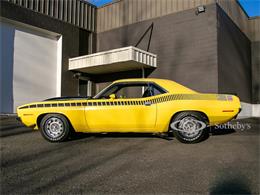 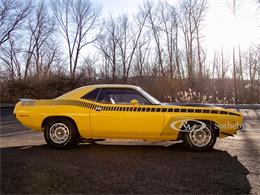 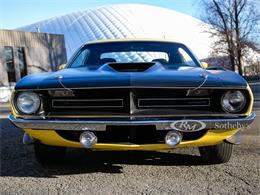 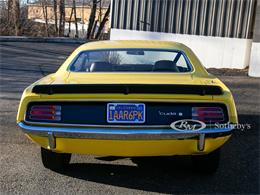 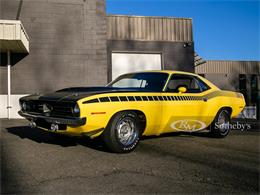 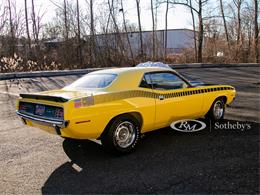 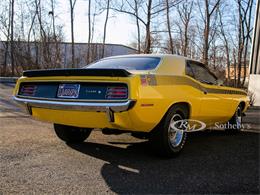 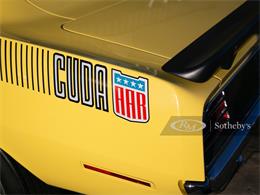 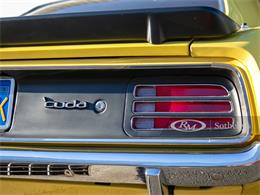 The Barracuda was all-new for 1970, sharing its basic E-body with the equally new Dodge Challenger. Like its competitors at GM, Ford, and AMC, Chrysler wanted to be a part of the then-popular Trans Am series. It contracted with Dan Gurney's All-American Racers to build and campaign the cars that were driven by both Gurney and Swede Savage. The SCCA, governing body of the Trans Am series, required that manufacturers homologate production cars in order to compete. The street version was to be equipped with a specially tuned 340 cubic-inch V-8 engine conservatively rated at 290 horsepower. Upgraded shocks, a 3.55 Sure-Grip rear axle, special front and rear suspension, and rear deck spoiler were included.

Painted in an arresting Lemon Twist Yellow, this AAR 'Cuda offered here was completed at Plymouth's famed Hamtramck assembly plant on 6 April 1970 and delivered new to State Chrysler Plymouth of Springfield, Massachusetts. The factory options listed on the accompanying copy of its original window sticker include fast-ratio power steering, a "TorqueFlite" automatic transmission, and 3.91 Sure Grip rear axle. Just 2,724 AAR 'Cuda chassis were produced during a frantic six-week homologation assembly window to meet the requirements of that season's Trans Am Series.

This particular example has benefitted from a rotisserie restoration conducted circa 2003 which included the sourcing of a bevy of correct and "new-old stock" parts, most notably a set of the distinctive AAR flat-black exhaust mufflers with side-exit tips. The exterior finish is adorned with all the proper AAR livery and accessories; the distinctive side stripes, black grille, rear spoiler, and fiberglass NACA-duct hood are all presented in the correct black matte coloration. In fact, the restoration was so well executed that Hemmings Motor News profiled this 'Cuda as the cover story of its August 2007 Muscle Machines publication.

Further, this nicely restored 'Cuda is made all the more notable via the blessing of AAR originator Dan Gurney; his personal signature prominently adorns the interior of the glove box door. Acquired by the consignor in 2012, this attractive and rarified MOPAR homologation special is now offered for sale accompanied by its broadcast sheets, a reprinted window sticker, maintenance invoices, literature, manuals, and restoration invoices and photographs.To view this car and others currently consigned to this auction, please visit the RM website at rmsothebys.com/en/auctions/0620. 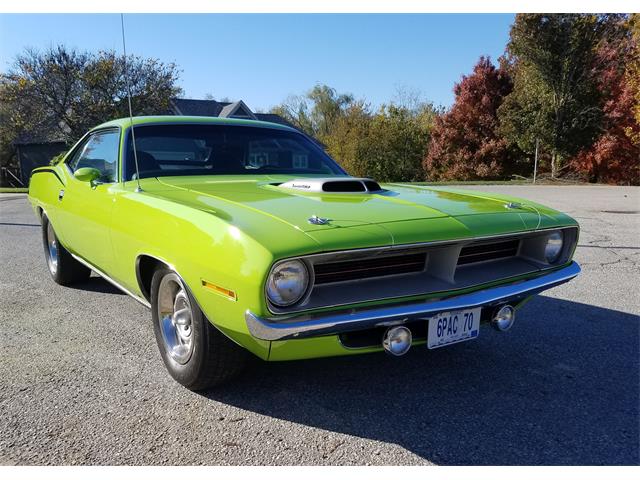 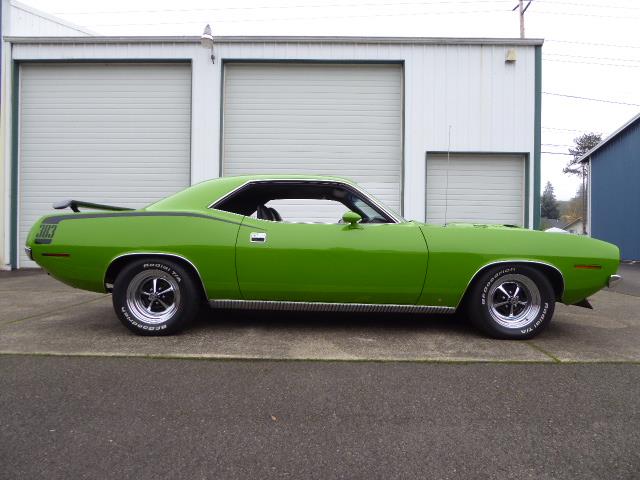 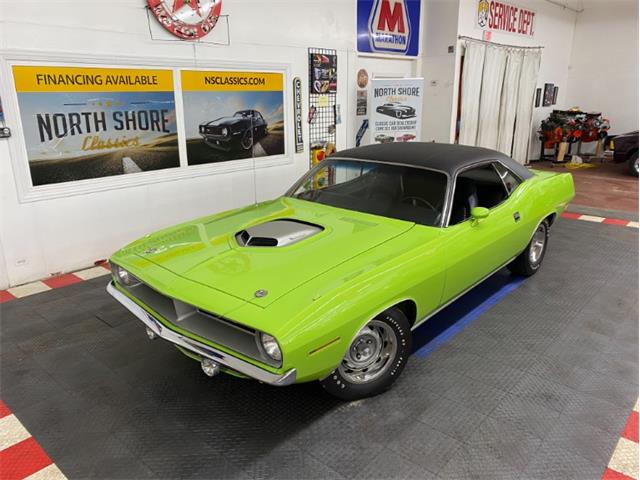 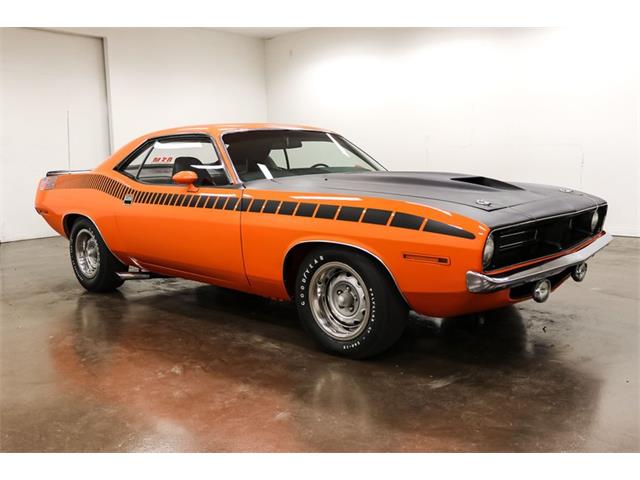