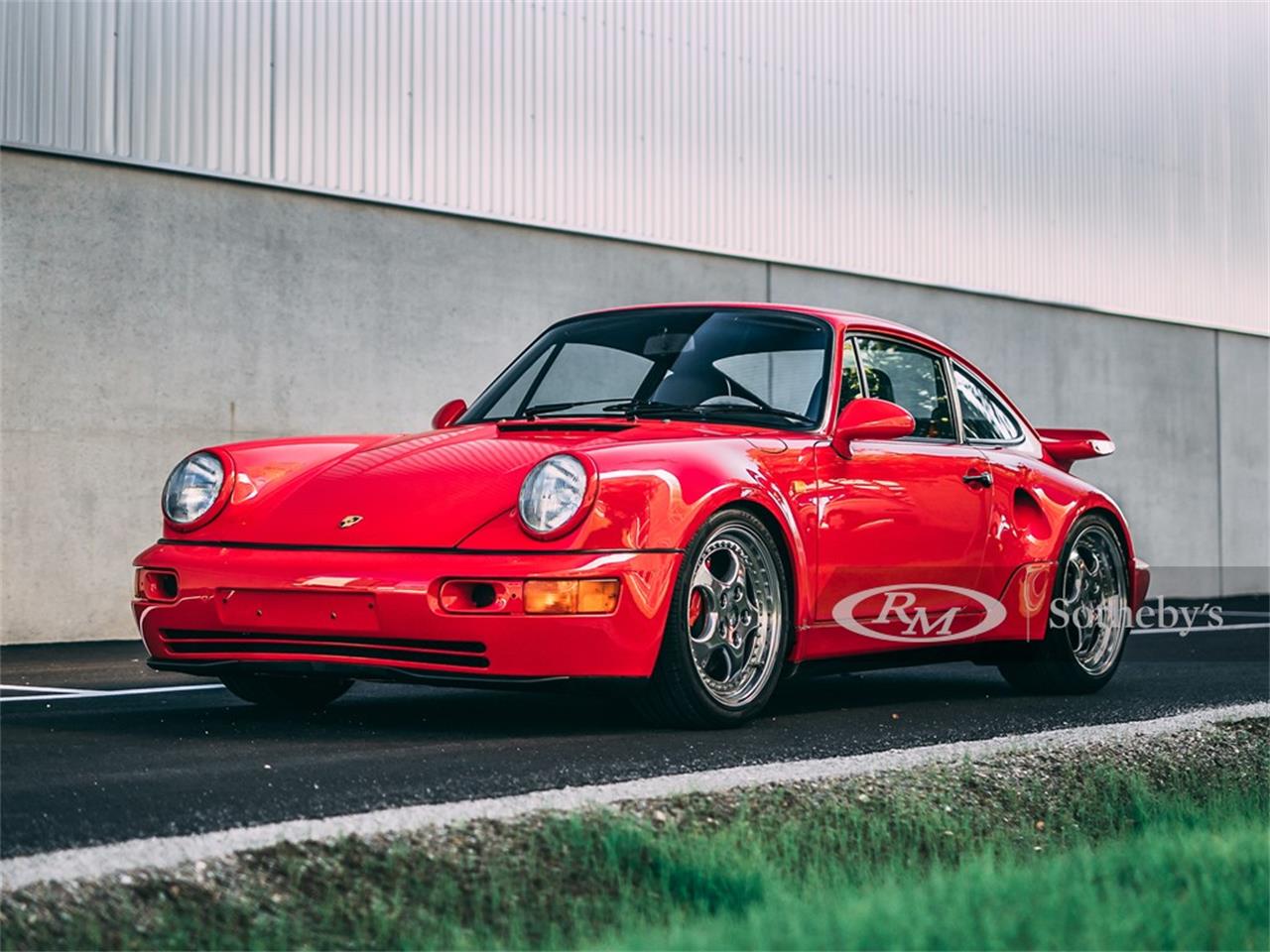 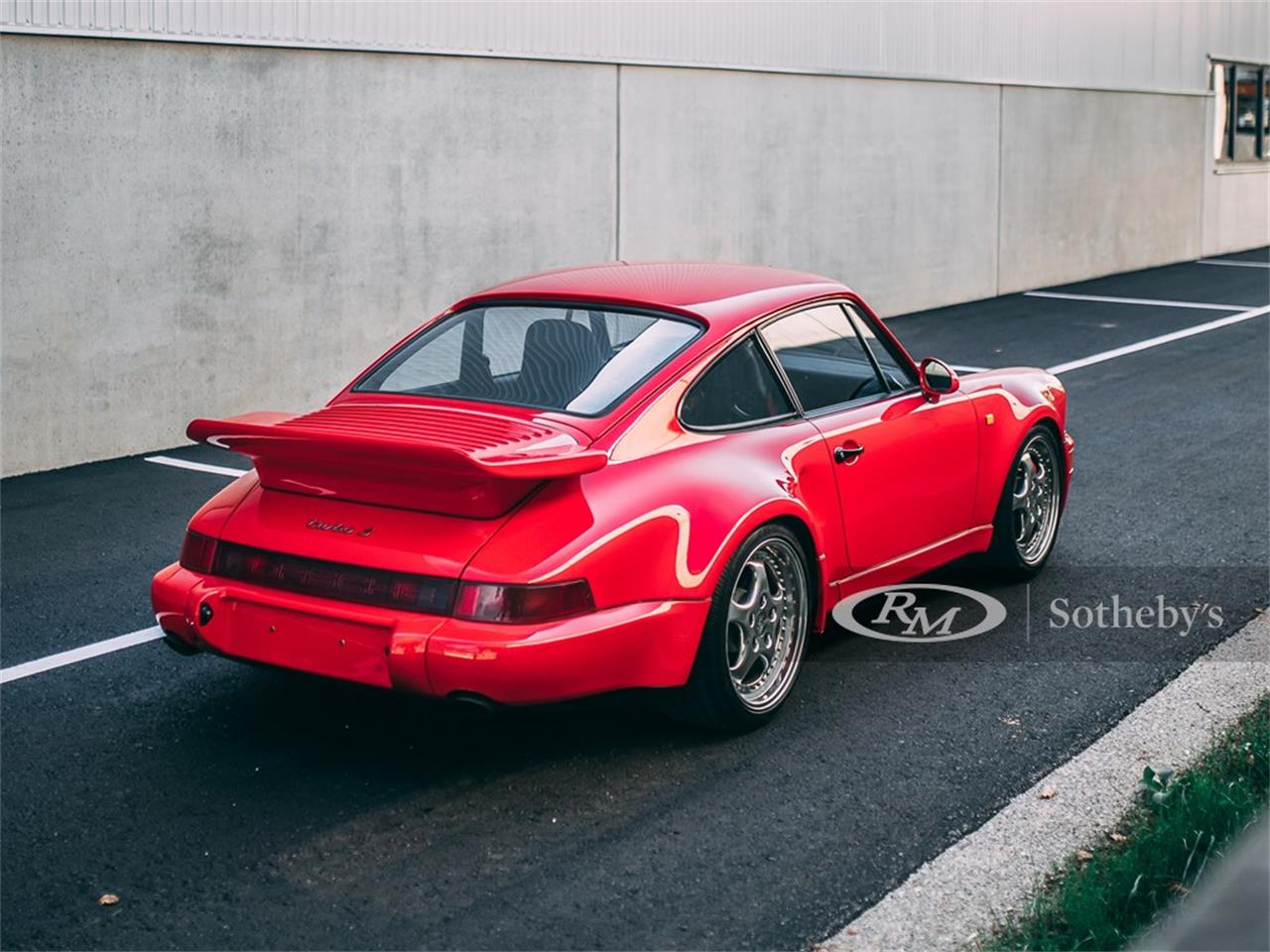 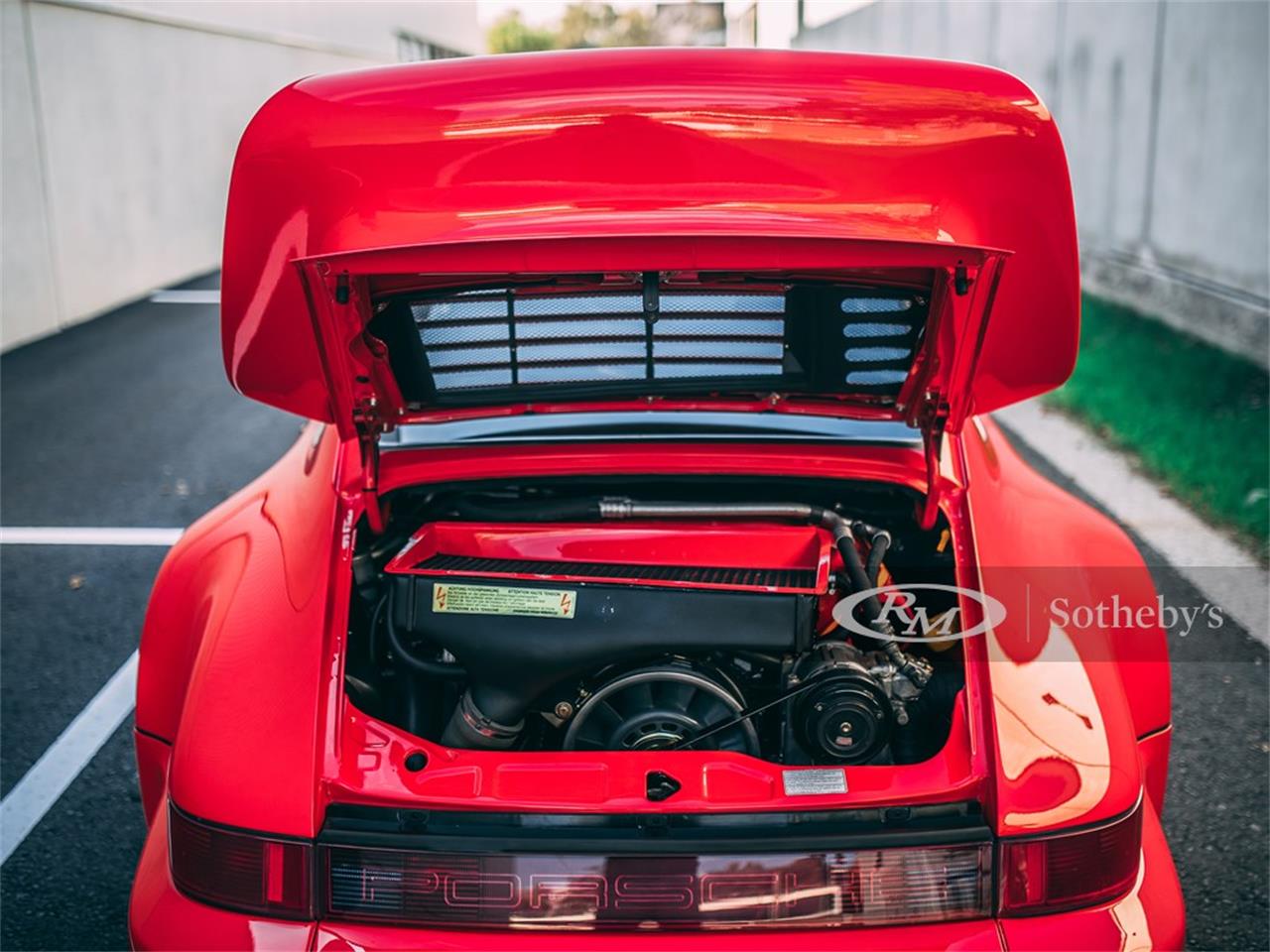 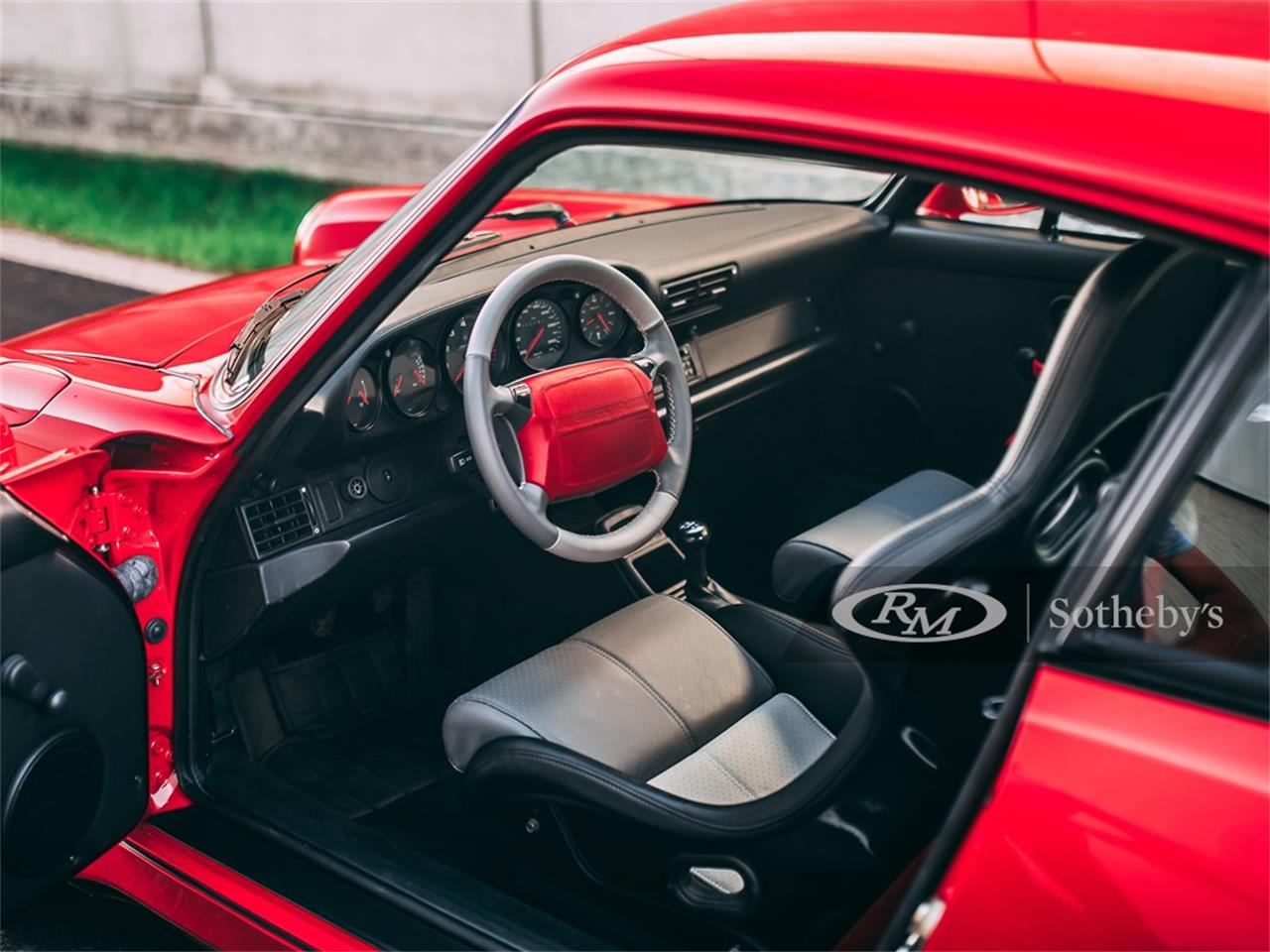 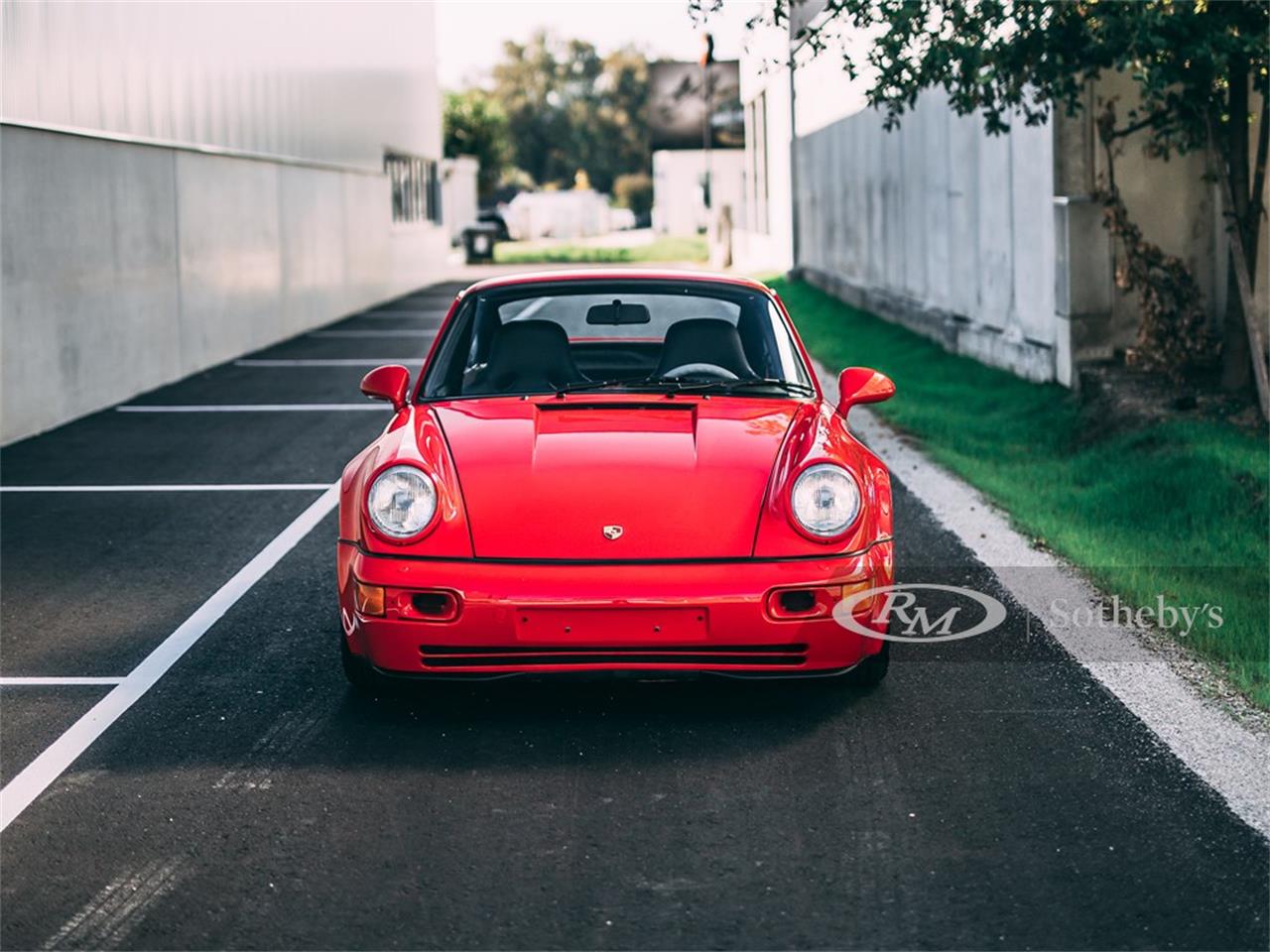 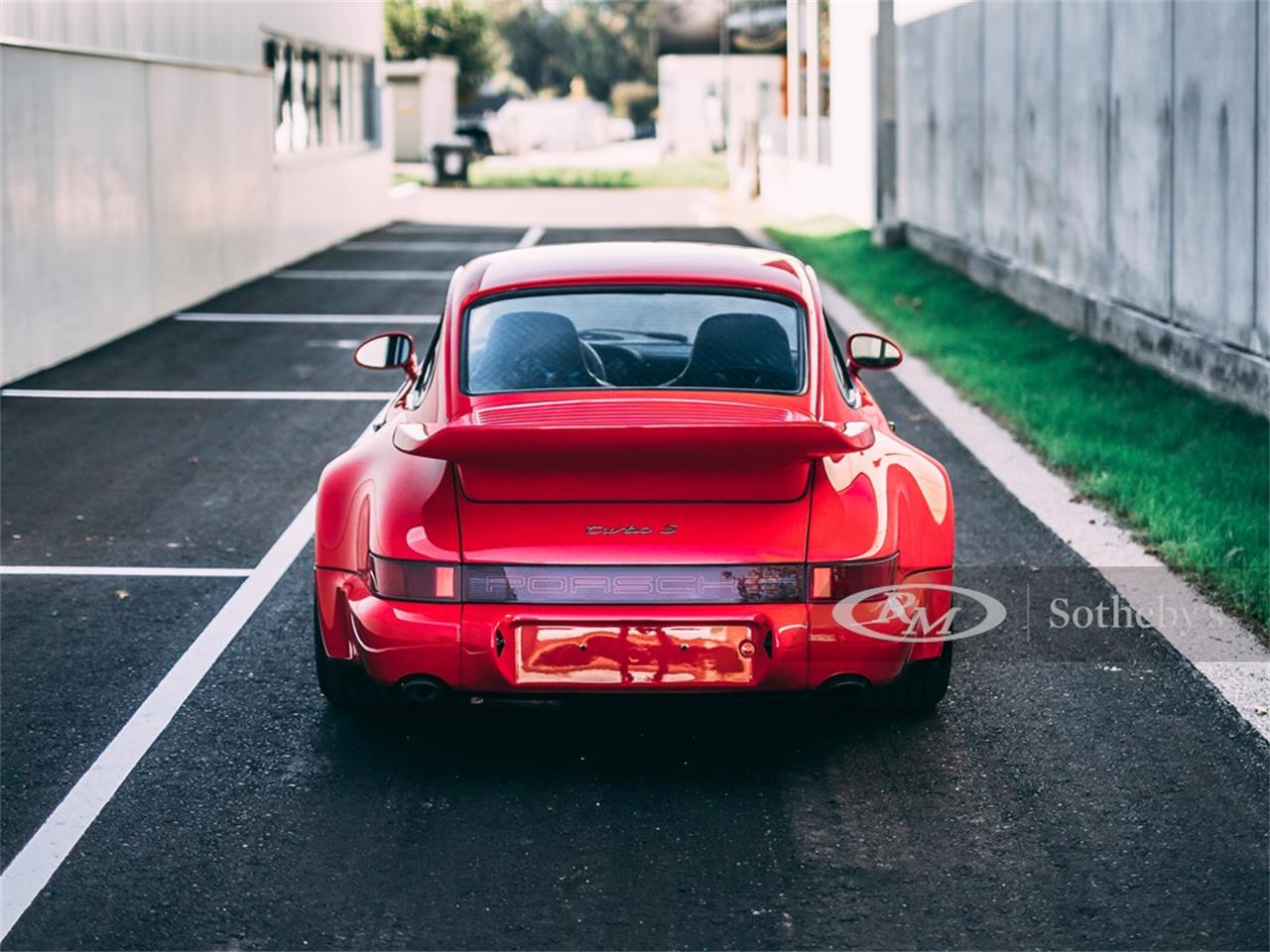 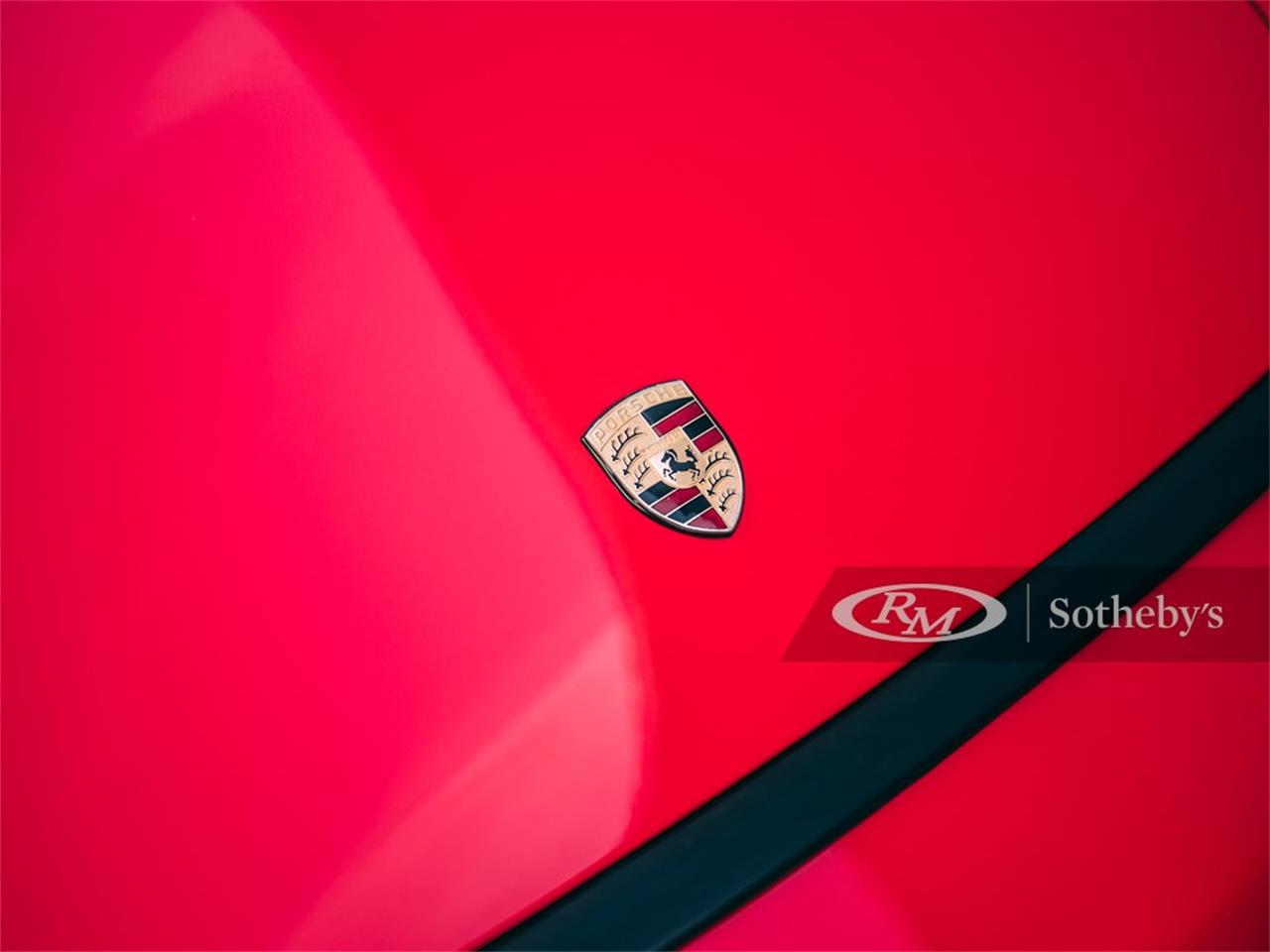 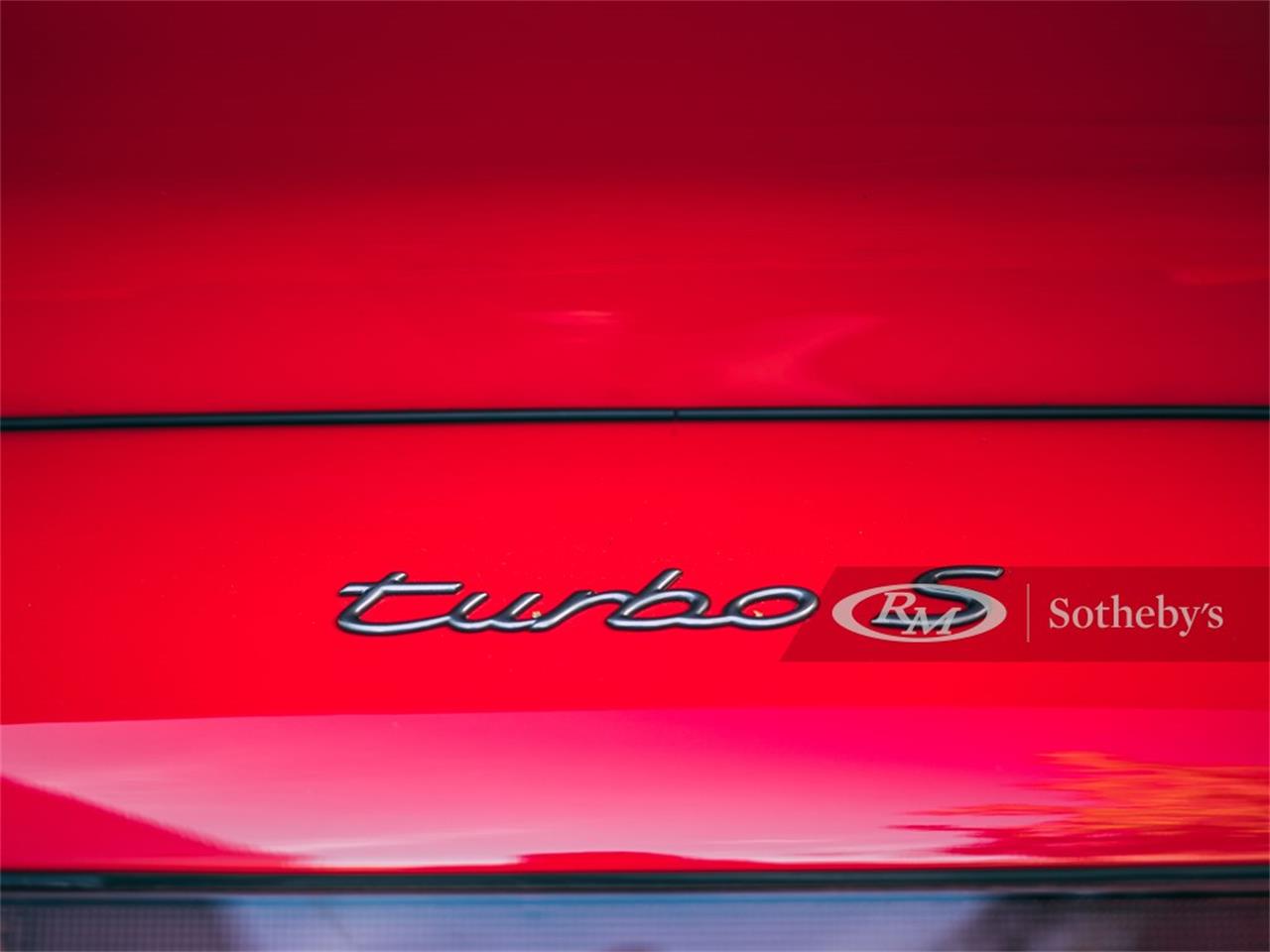 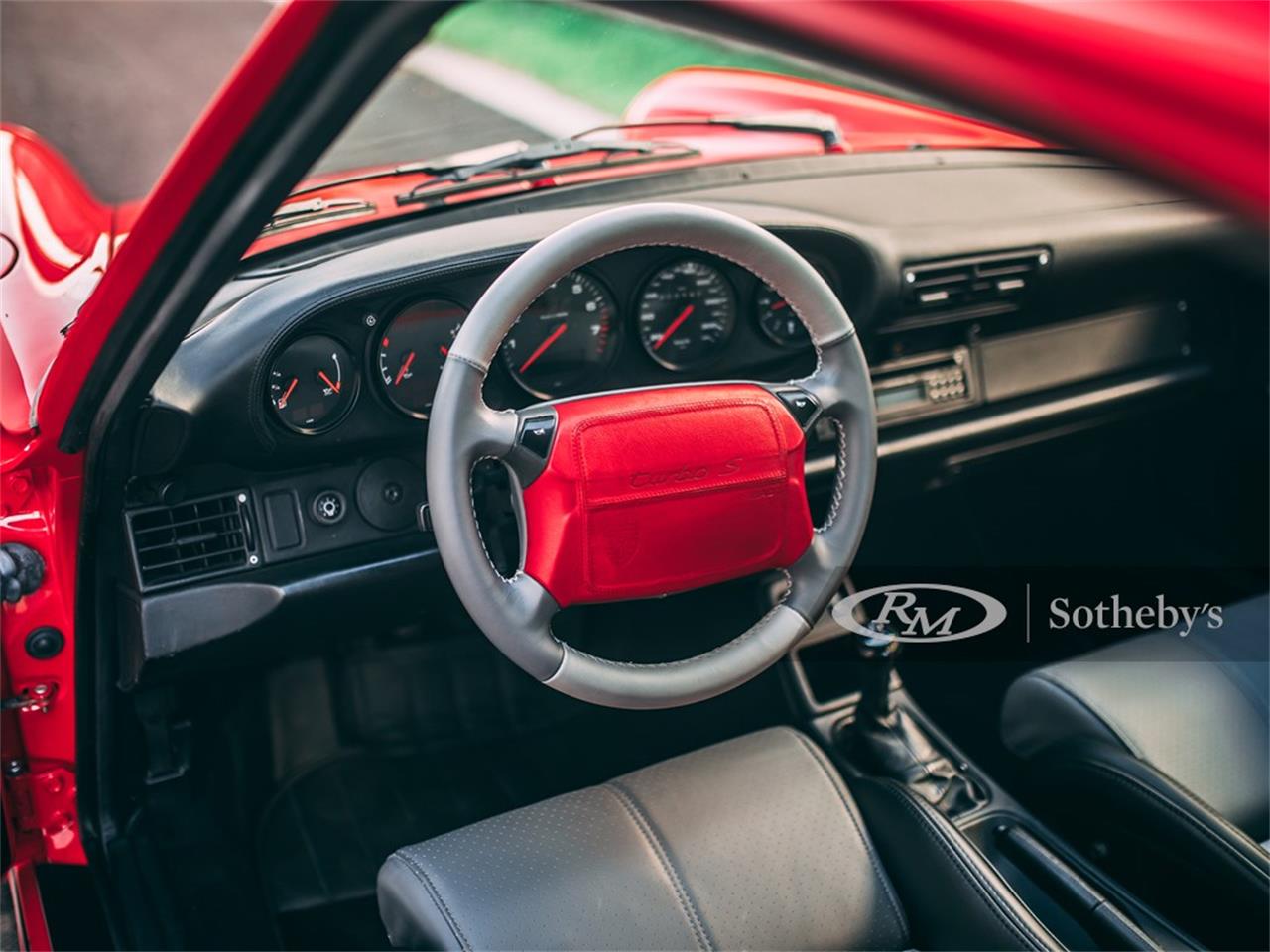 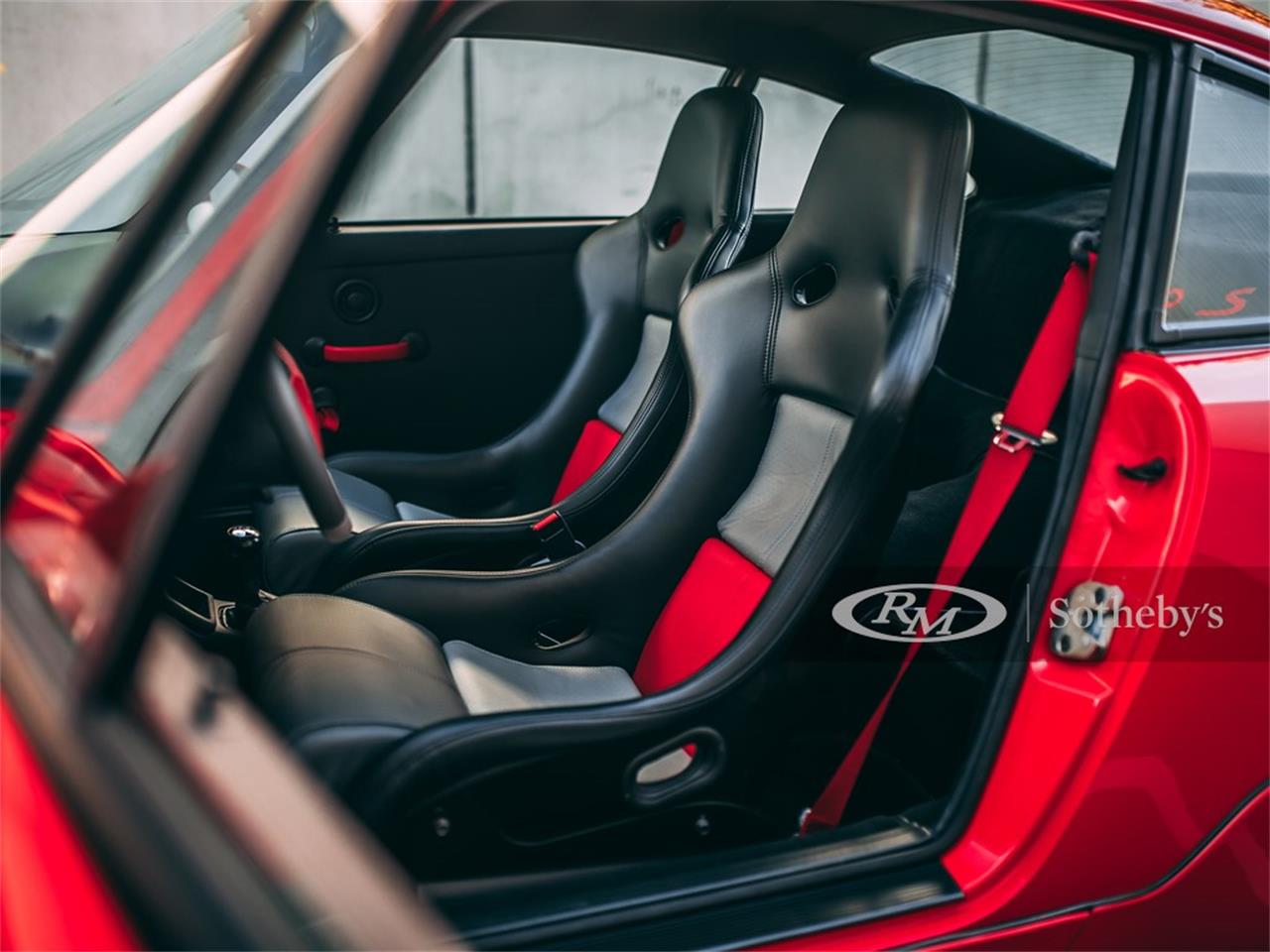 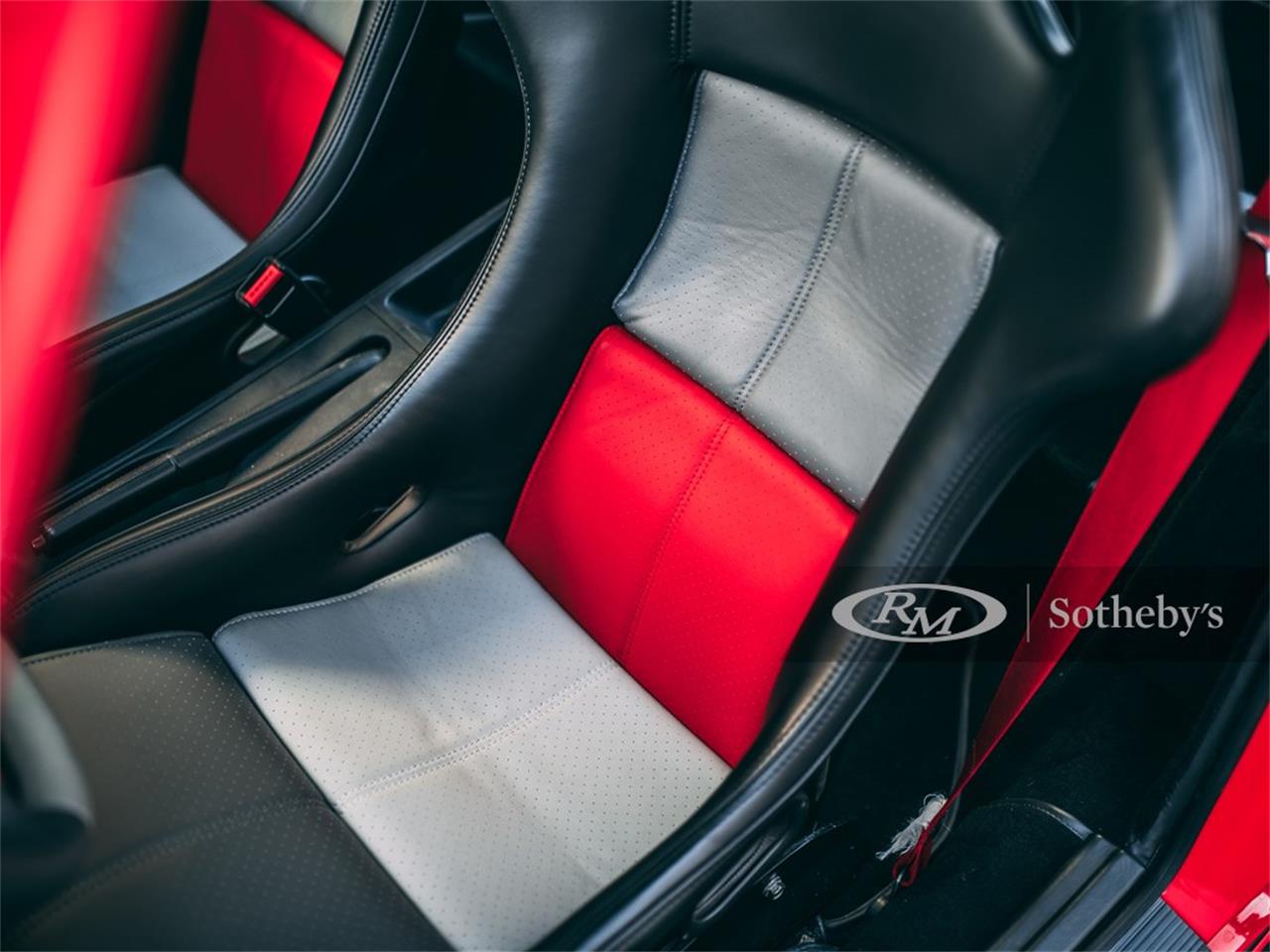 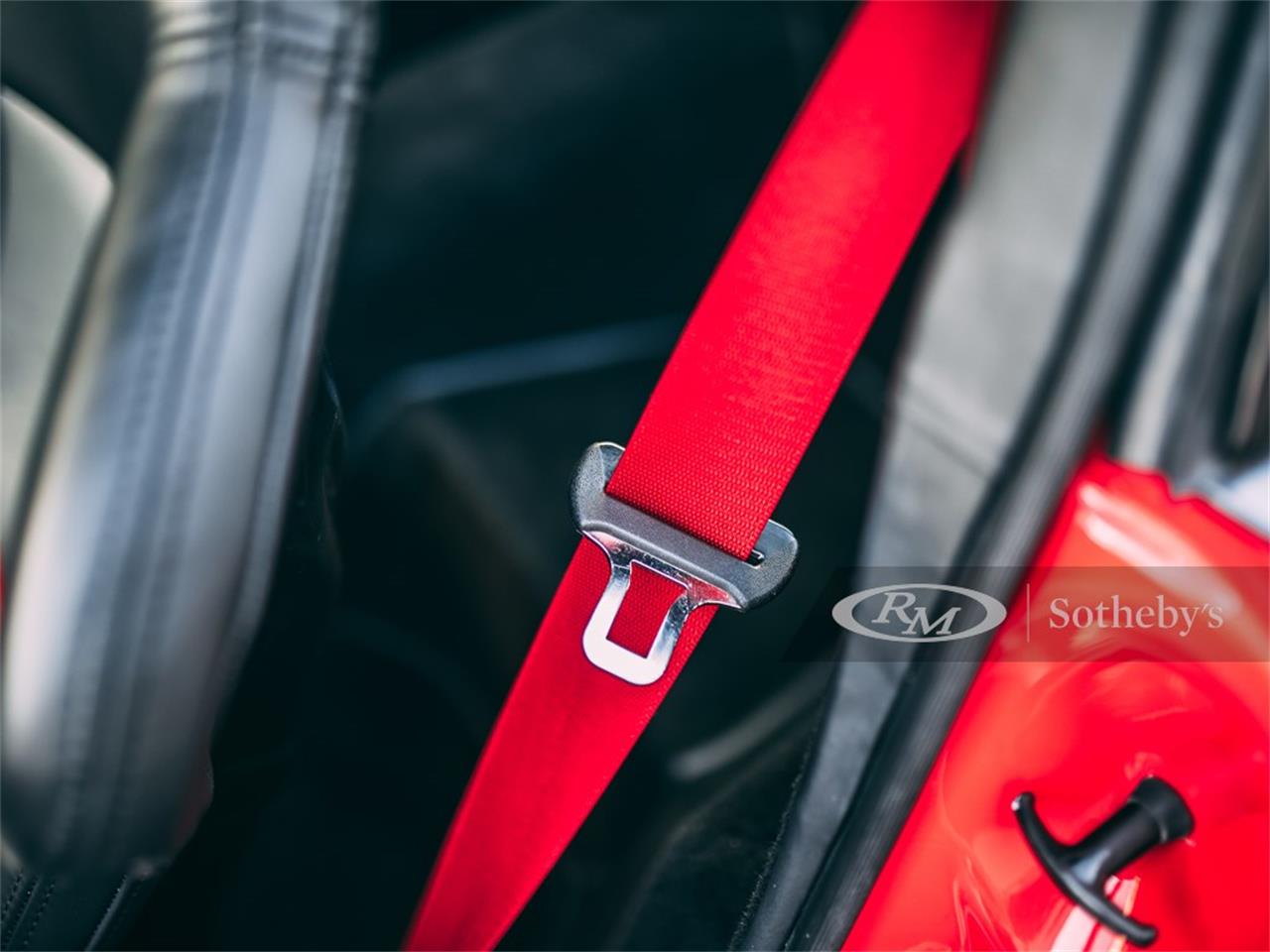 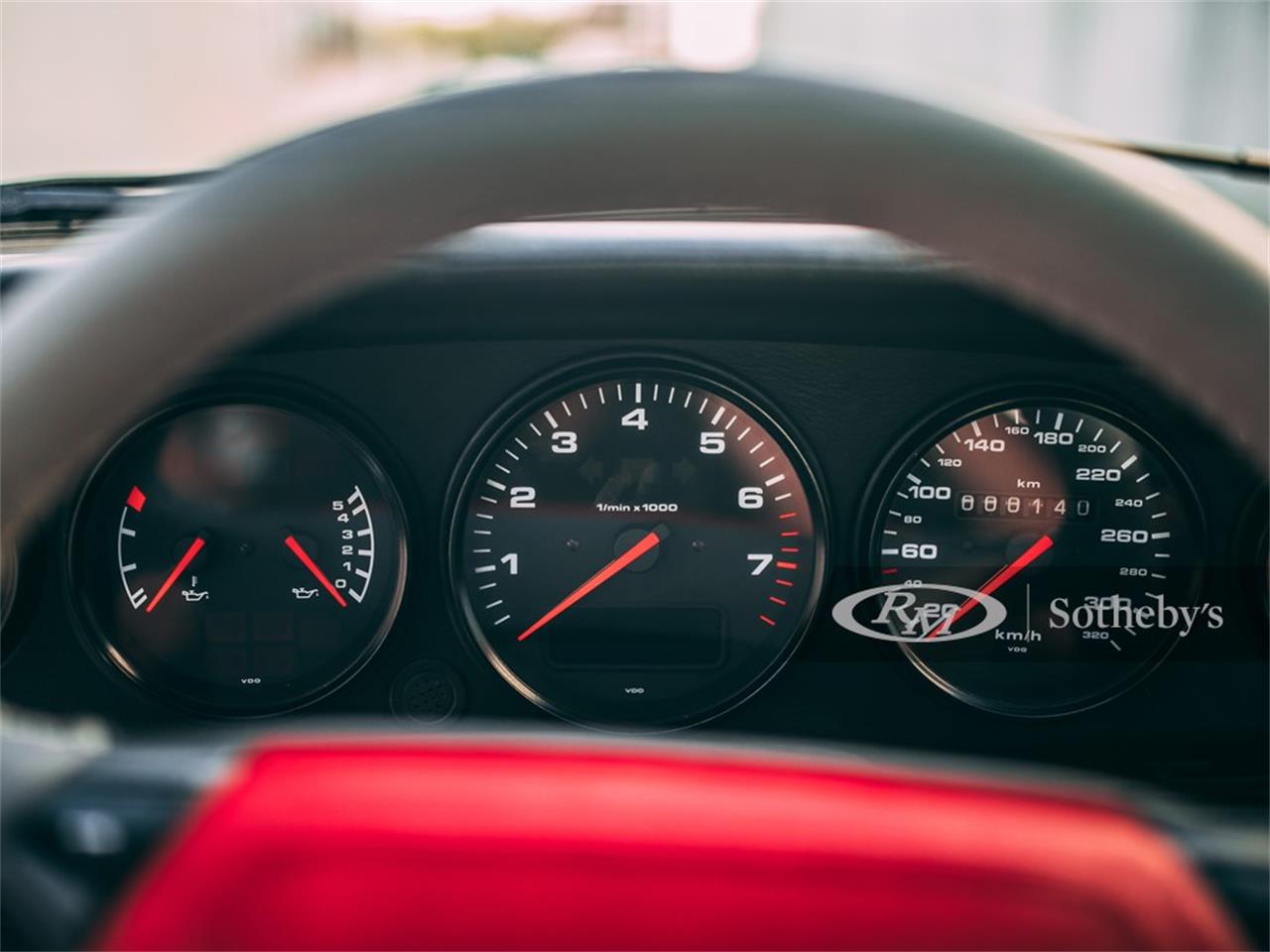 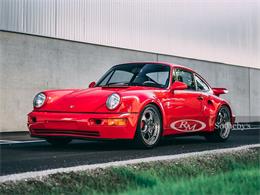 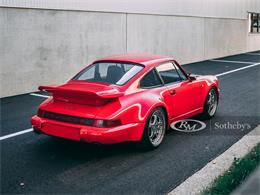 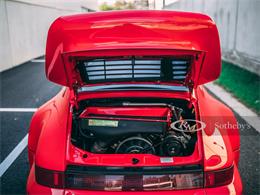 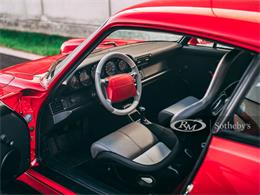 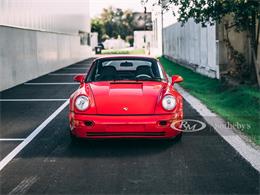 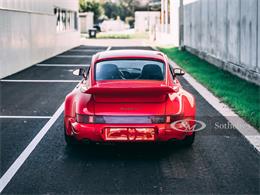 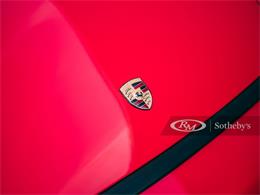 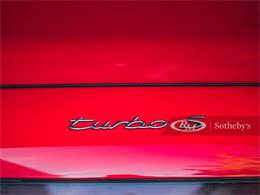 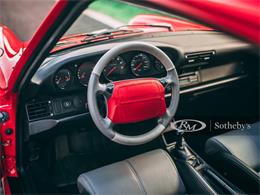 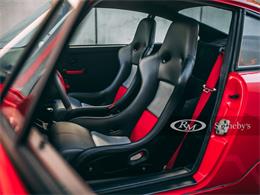 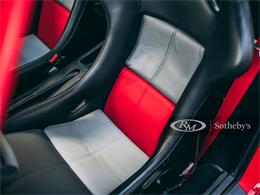 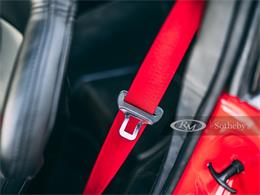 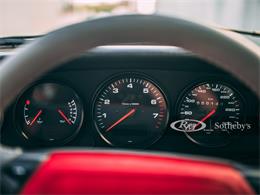 Please note that this lot will need to be collected from Karlskron, Germany.

In January of 1992, Porsche Exclusive (formerly the Sonderw�nsche, or Special Wishes Department) manager Rolf Sprenger composed a three-page internal memo to the Board of Directors suggesting a small run of 3.3-litre 964 Turbo coupes that would be much lighter than the production version, and thus capable of even more impressive performance. They would be essentially a road-legal version of the 964 Turbo that had captured the 1992 IMSA Supercar Championship. Sprenger's team prepared a Turbo S Lightweight prototype for the Geneva Motor Show in March, where it drew positive comment. On 22 May 1992 management authorized a limited production run of 80 chassis. Those completed between July and November would be designated 1993 models. Eventually a total of 86 would leave the factory. The Turbo S Lightweight (or Leichtbau) would be the first model built and developed entirely by Porsche's customizing department, and was assigned a discrete series of VINs.

These very special Porsches were placed on an intensive weight-reduction program similar to the Carrera RS. Nearly all comfort and convenience features of the standard 964 Turbo were removed, including air conditioning, power steering, power-adjustable seats - which were replaced by semi-competition buckets - electric windows, and rear seats. The Turbo's production door cards were replaced by those from the RS. The doors, the front trunk lid, and the tail spoiler were made up in glass-fiber-reinforced carbon composite, and thinner glass was installed in the rear and side windows. The tub was seam-welded and reinforced, a new alloy strut brace stiffened the front suspension, and the chassis ride height was lowered by 40mm over its polished 18-inch (457mm) Speedline three-piece modular alloy wheels and "Big Red" Turbo brakes. There was minimal undercoating and sound-proofing. The result produced a curb weight of just 1,290 kg (2,844 lbs), or 180 kg (430 lbs) less than a standard 964 Turbo.

The new Turbo S Lightweight also received a substantial power increase. The uprated Type M30/69 SL engine received more aggressive cams, larger fuel injectors, and a more efficient KKK turbocharger, which boosted output to 381 bhp at 6000 rpm, a 61 horsepower improvement over the standard 3.3-litre Turbo. To make sure everyone knew that this was a special engine, the intercooler housing and air filter unit were painted red. Rear-quarter vents derived from the 959, new front air intake ducting and a different deck spoiler set the Turbo S Lightweight apart from its brethren.

Here is a stunning, freshly-restored example of one of Porsche's rarest and most desirable road-legal performance machines, capable of reaching 100 km/h (62 mph) in just 4.7 seconds and not running out of breath until the speedometer touches 290 km/h (180 mph). Delivered new in late 1992 at Porsche Stuttgart and registered on 1 October of that year, its first and only German owner drove the car extensively. Unfortunately, in May of 1993, the car suffered a small accident to its front right. The fenders and bonnet were repaired by Porsche in Stuttgart, with repairs totaling to 6,000 Deutschmarks (€3,000) at the time. Desirous of some additional creature comforts, he had factory air-conditioning installed later that year, along with an entertainment system. The owner eventually relocated to Salzburg, Austria in August of 2000 and brought the car along with him. While in Austria, one of the side mirrors was torn out due to vandalism, which was repaired by Porsche Salzburg. Parking damage was also sustained to the left side of the car in October 2013, this was professionally repaired and repainted.

On the owner's passing in 2018, the car was placed into the hands of marque specialist Mike H�ll, who maintains the fleet of some members of the Porsche and Piech. A full restoration was commissioned, and the car was delivered to the restoration workshop "Vehicle Experts", known for their meticulous Porsche restoration skills. After being stripped to a bare shell, the tub was carefully resprayed in its original Guards/India Red (G1) and the interior completely refurbished with fresh leather in two-tone gray with red highlights. Instruments were refreshed and the odometer reset to zero, although the odometer displayed 131,000 km. H�ll's company "Classica - Salzburg" overhauled all mechanical components including the engine, gearbox, turbocharger and wastegate, clutch, brakes and suspension. The work was completed in mid 2020, and the car has been driven just 137 km since.

This wonderful Turbo S Lightweight is accompanied by a comprehensive folio of documents. Included are a Certificate of Manufacture from Porsche Austria issued 22 August of 2019, a factory dealer invoice, and a comprehensive photographic record of the restoration by Vehicle Experts and Mike H�ll. Here is an exciting opportunity for the serious Porsche enthusiast to acquire one of the most ferocious road machines to emerge from Zuffenhausen.