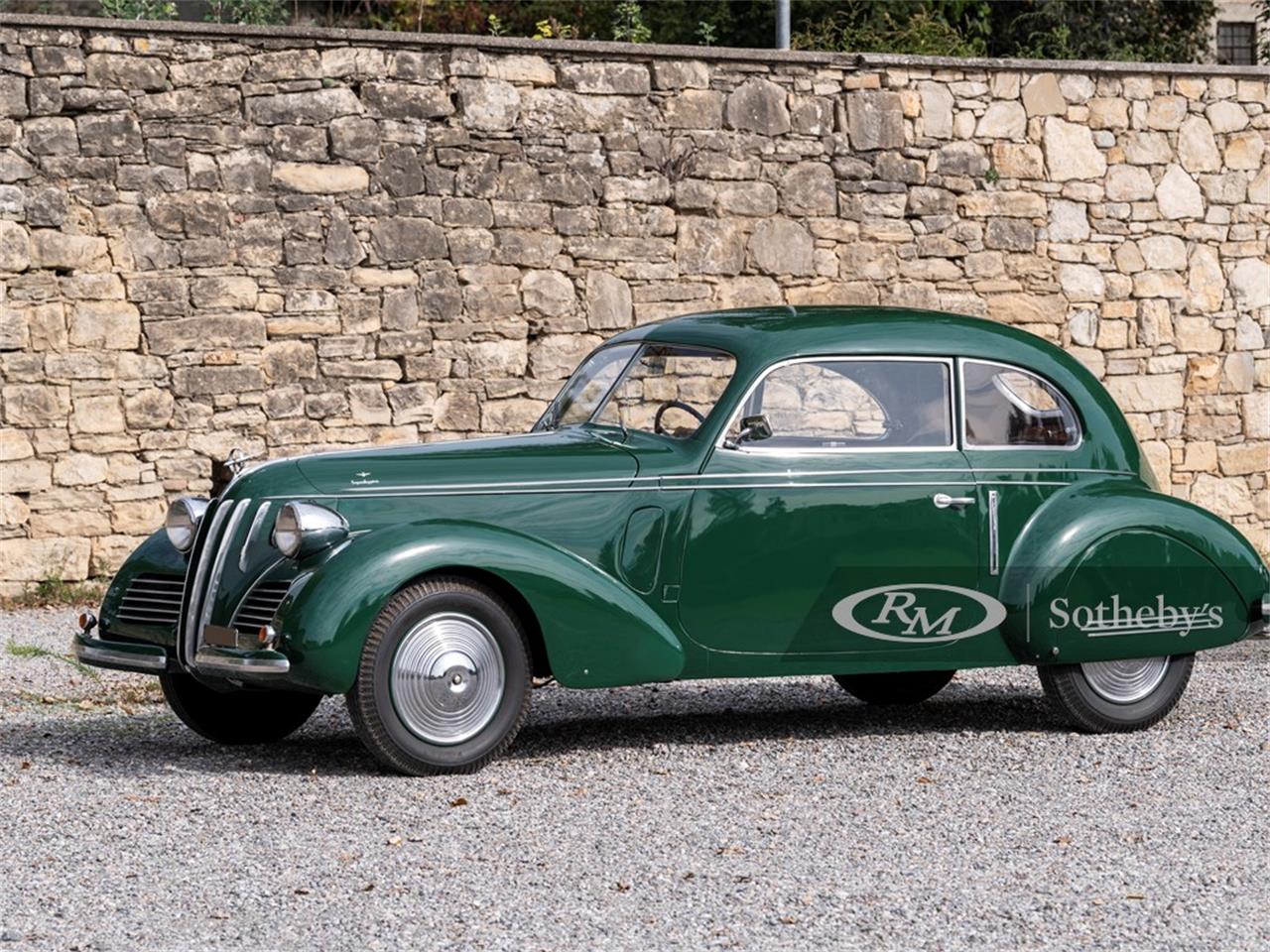 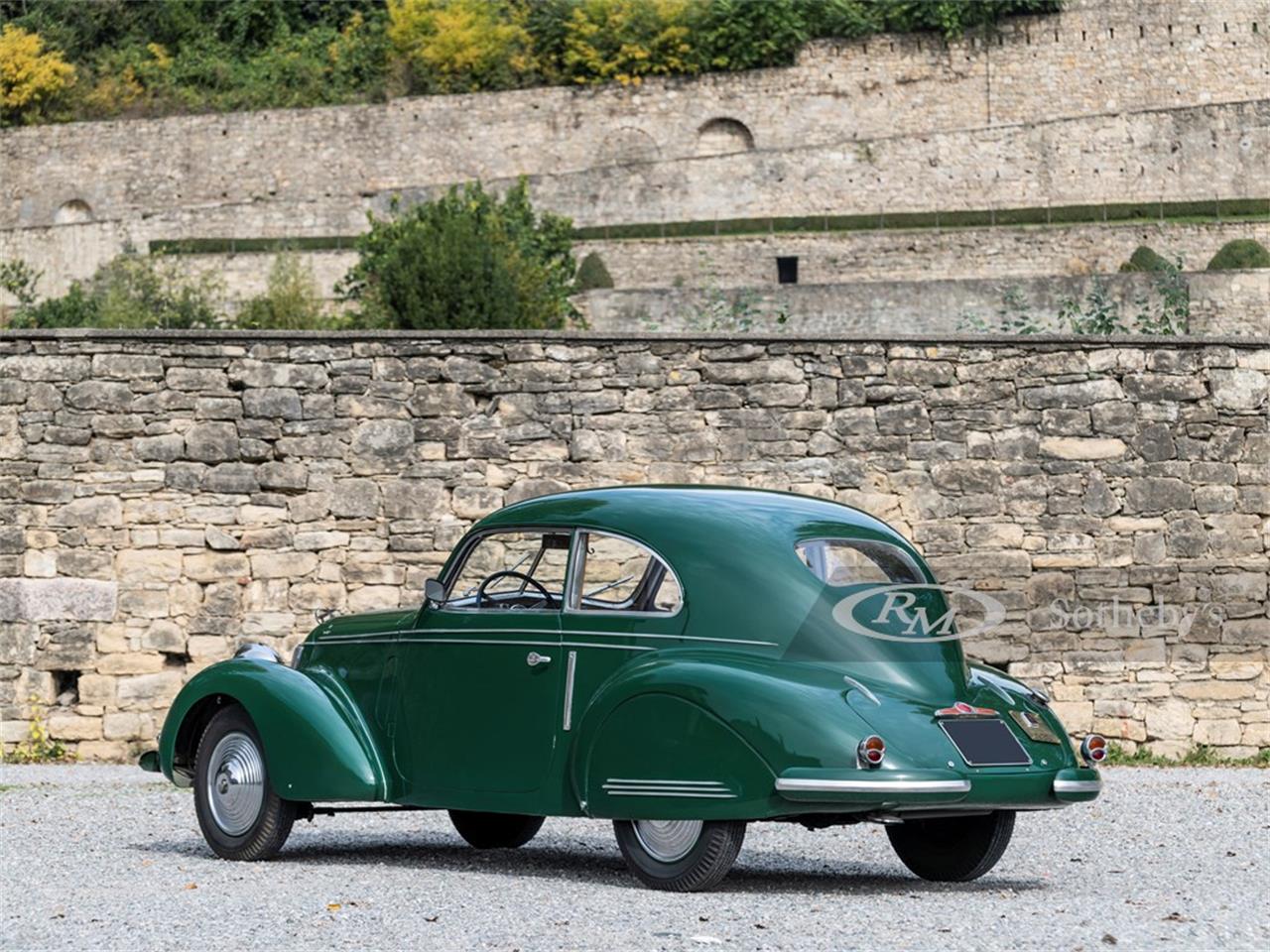 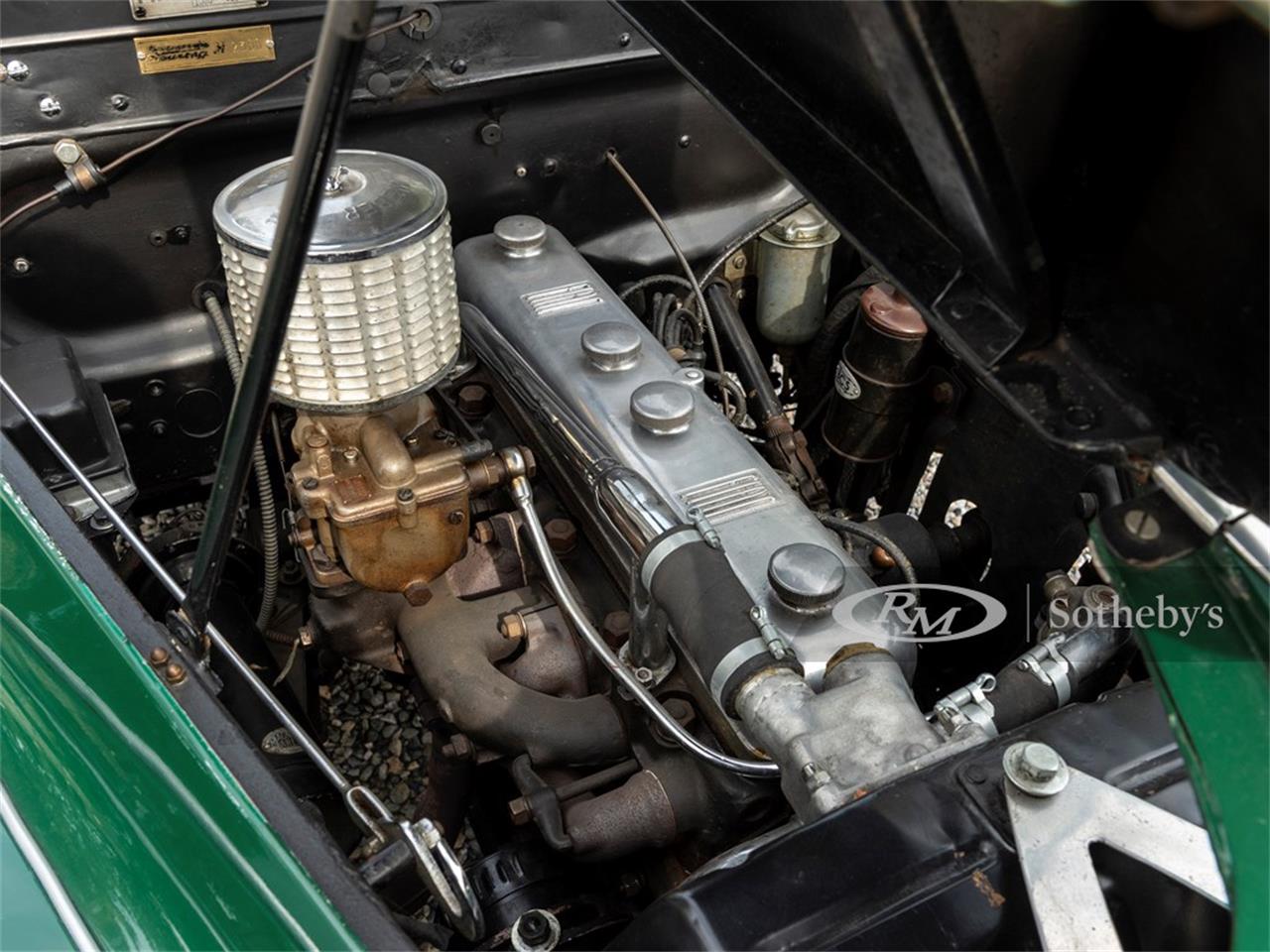 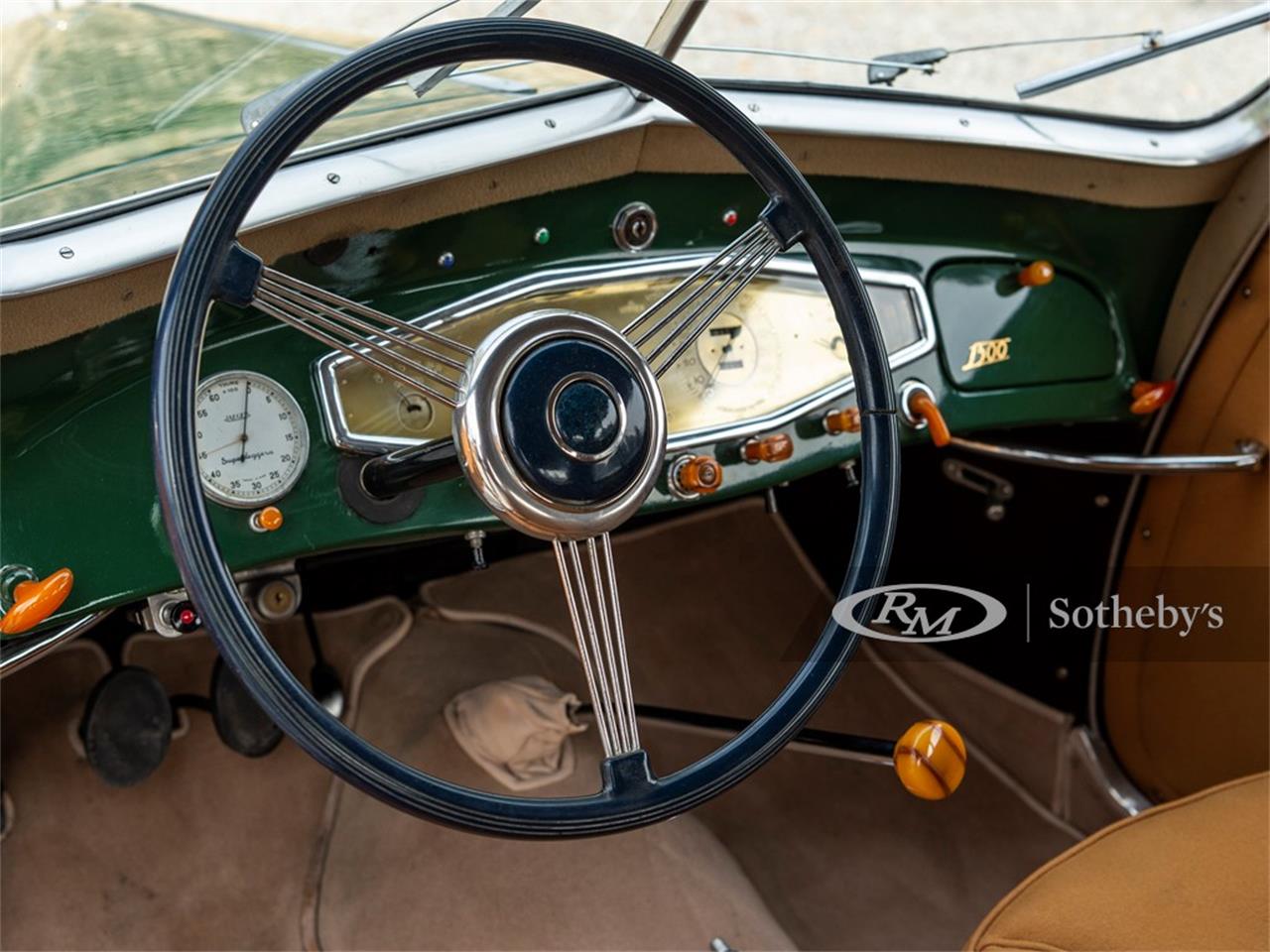 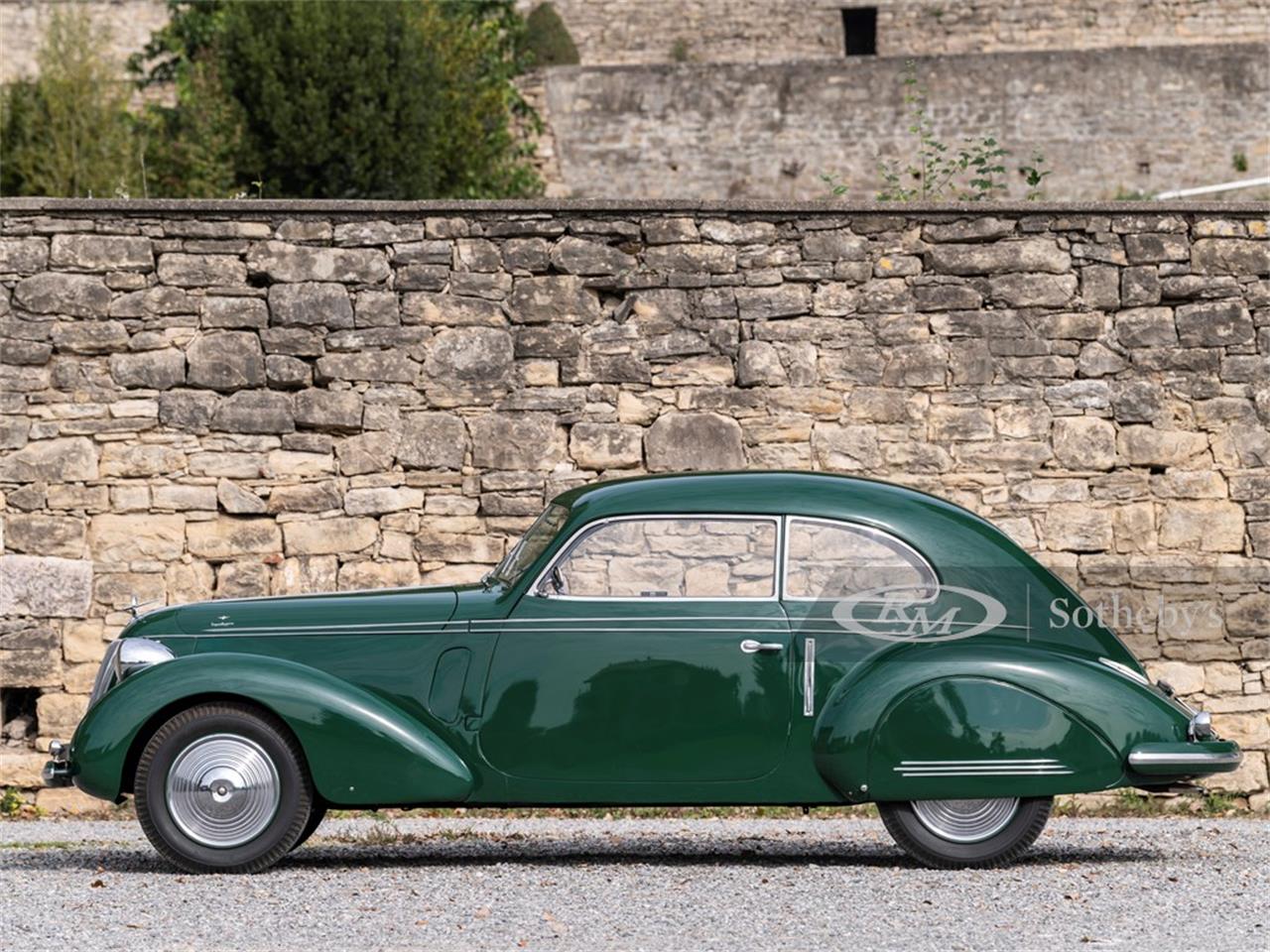 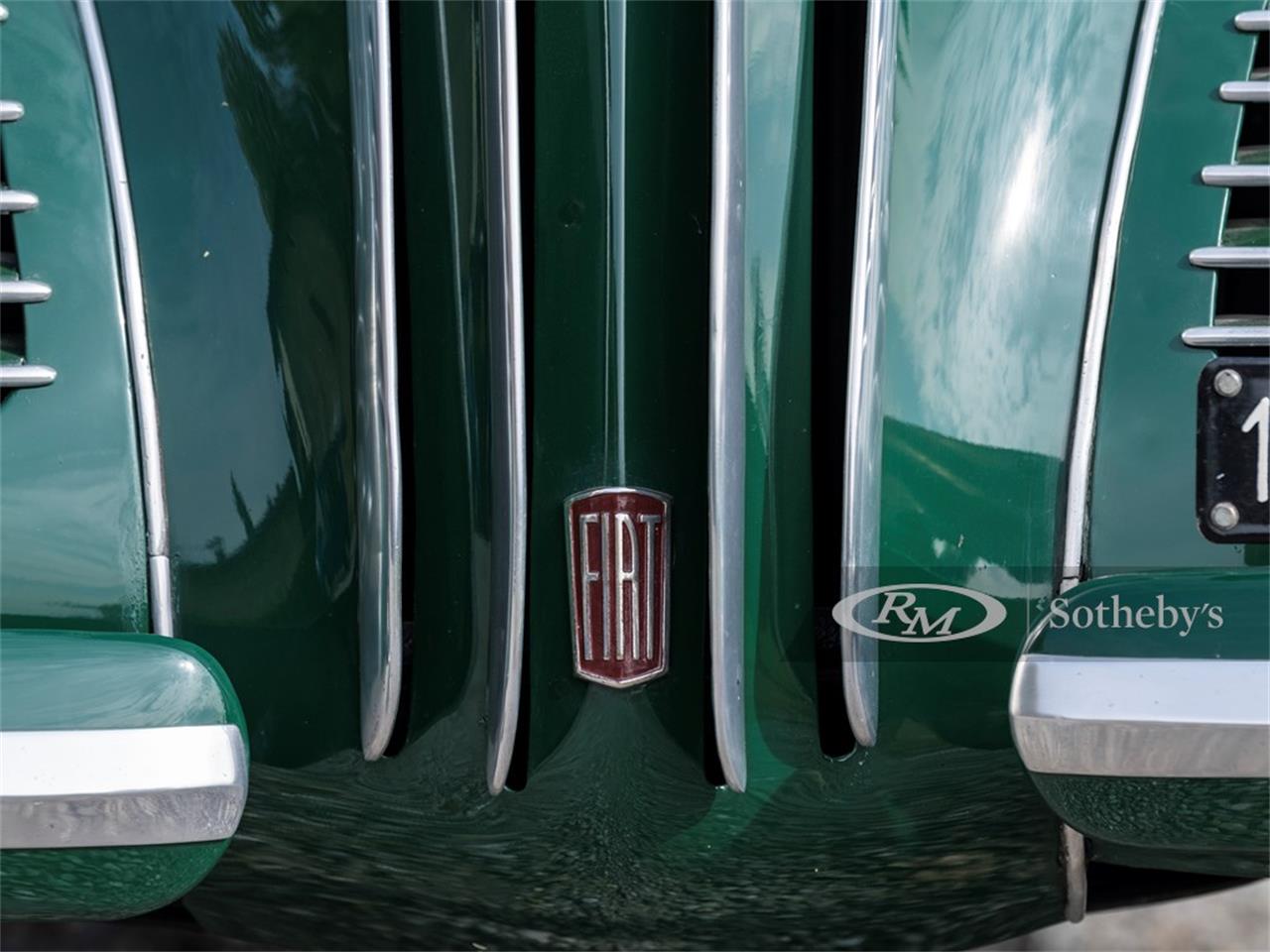 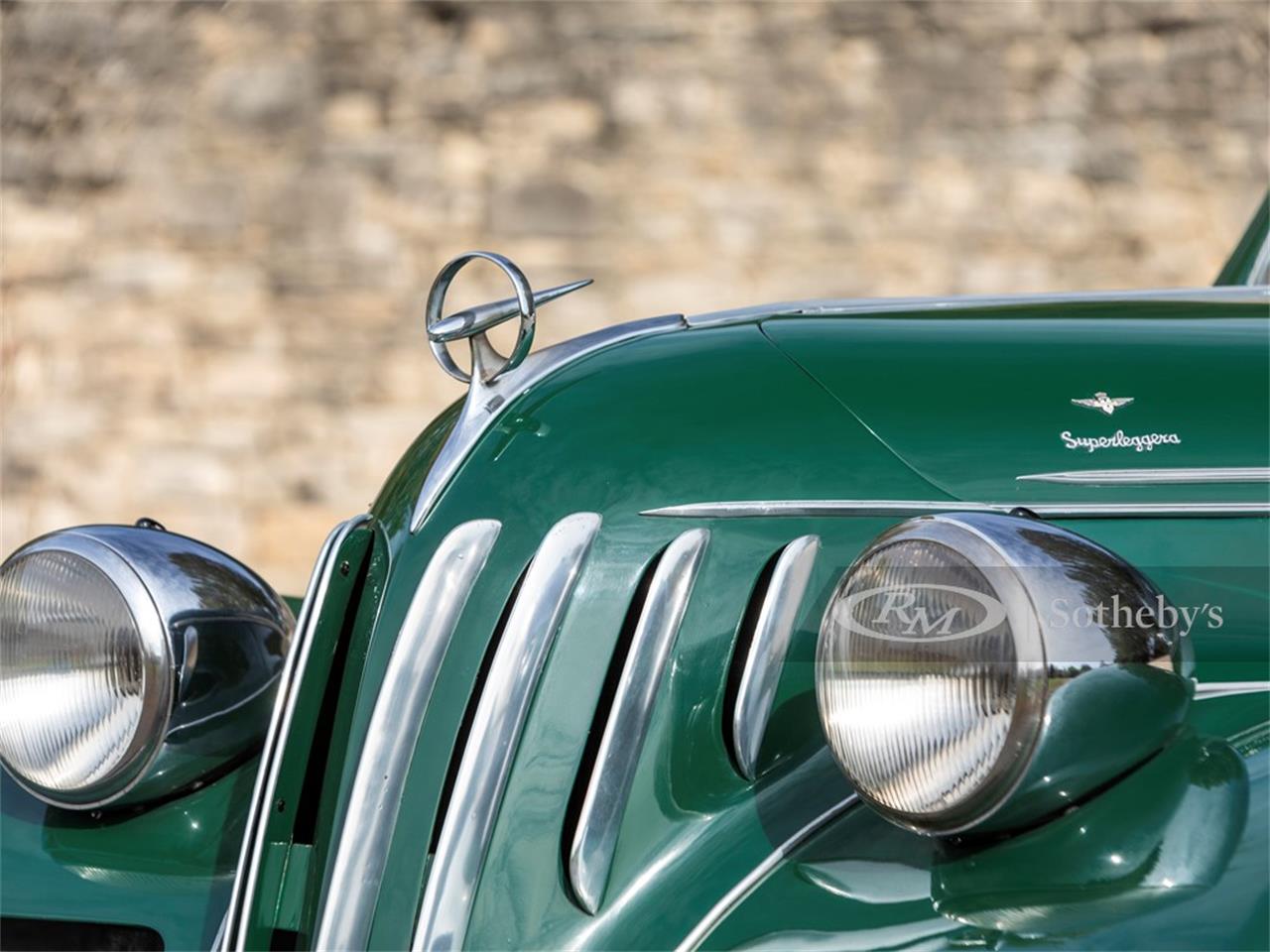 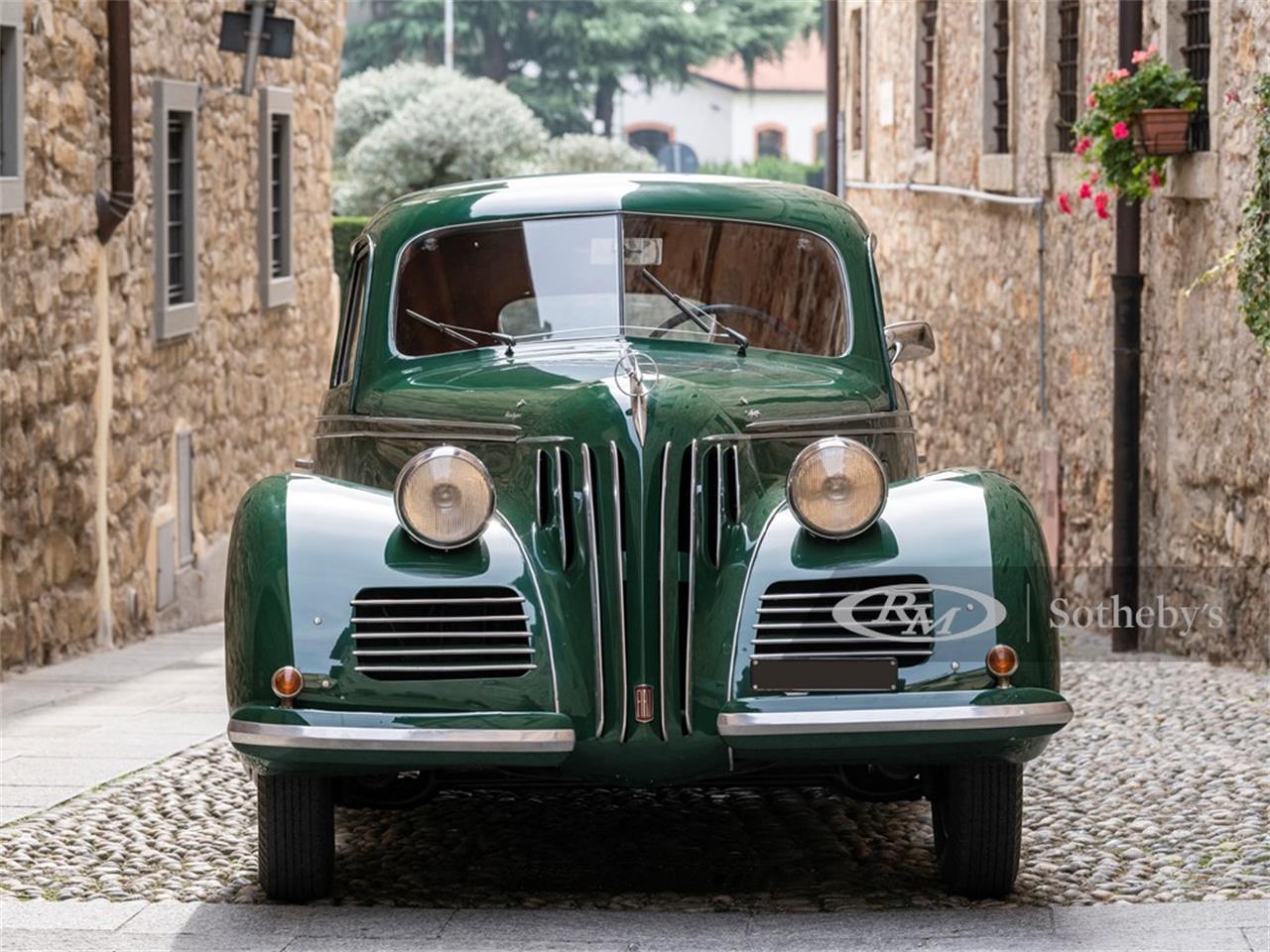 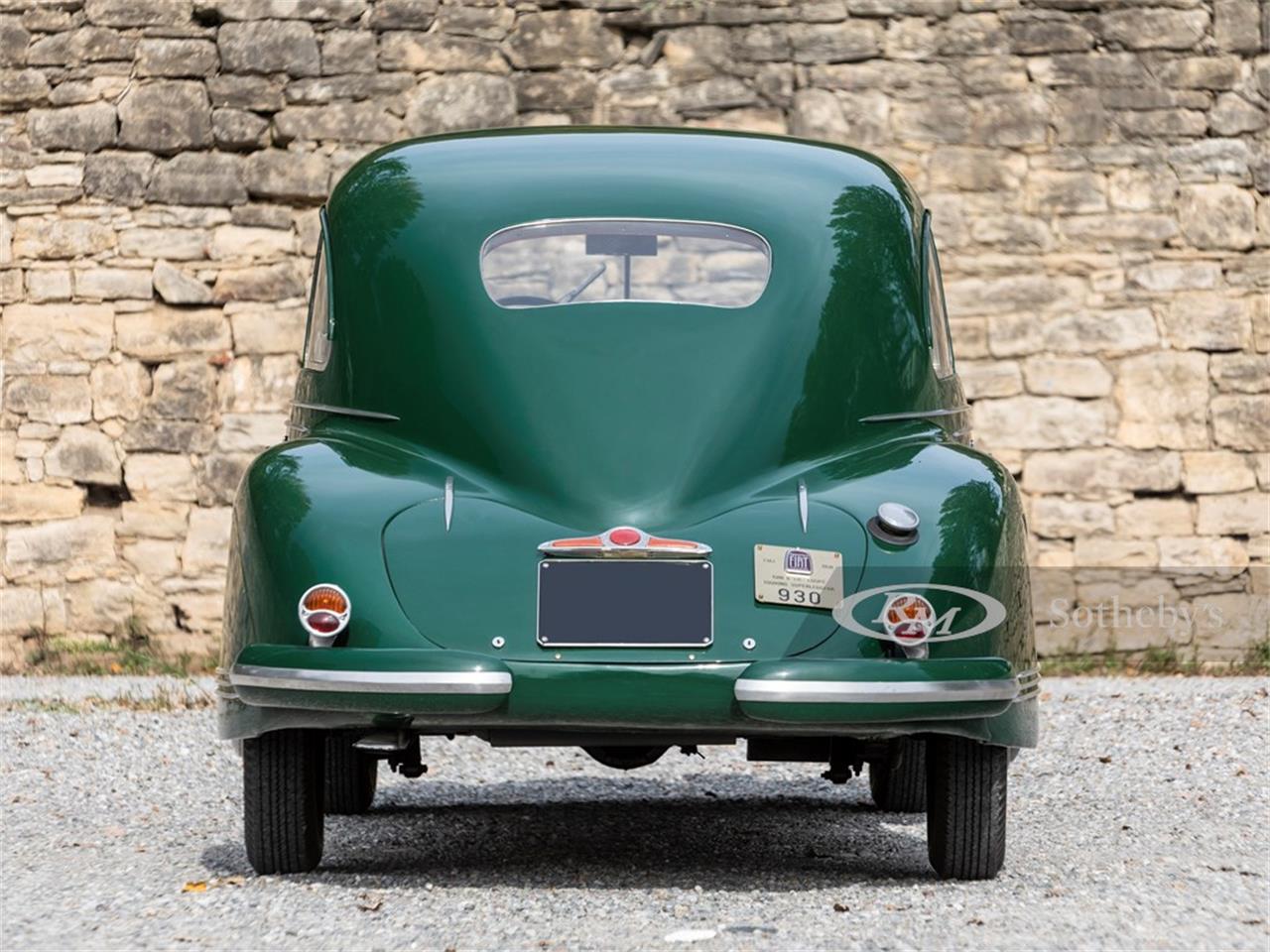 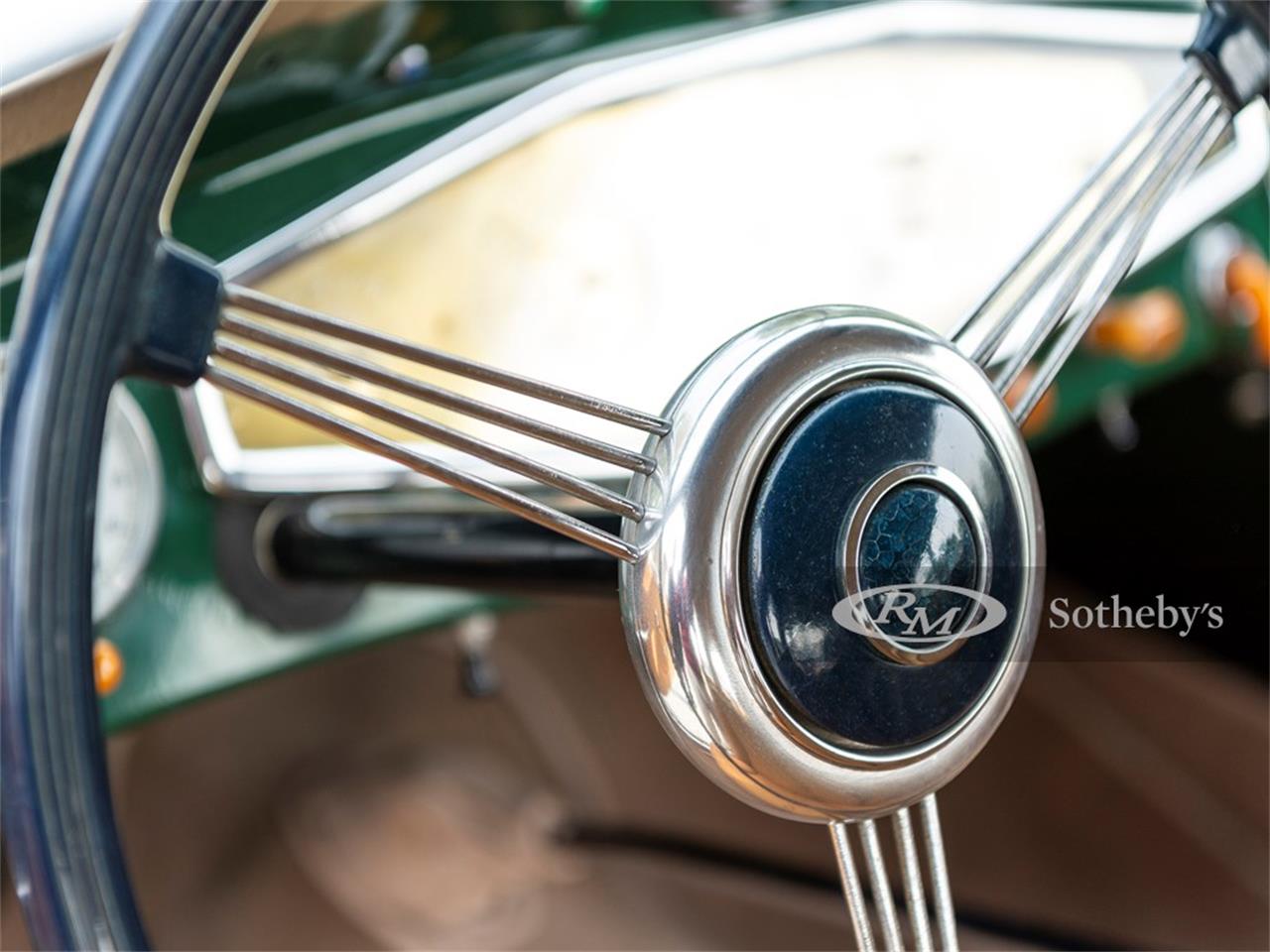 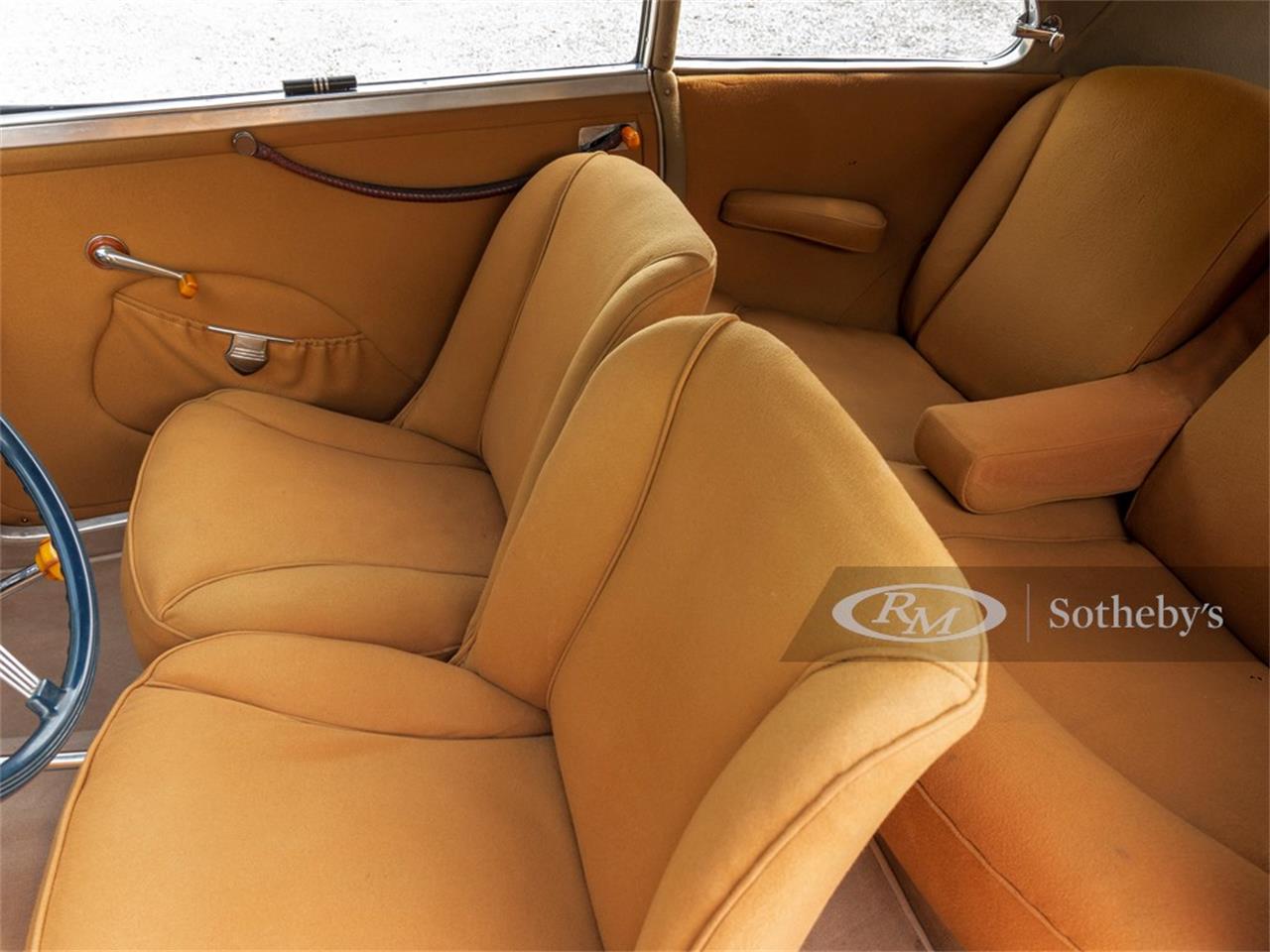 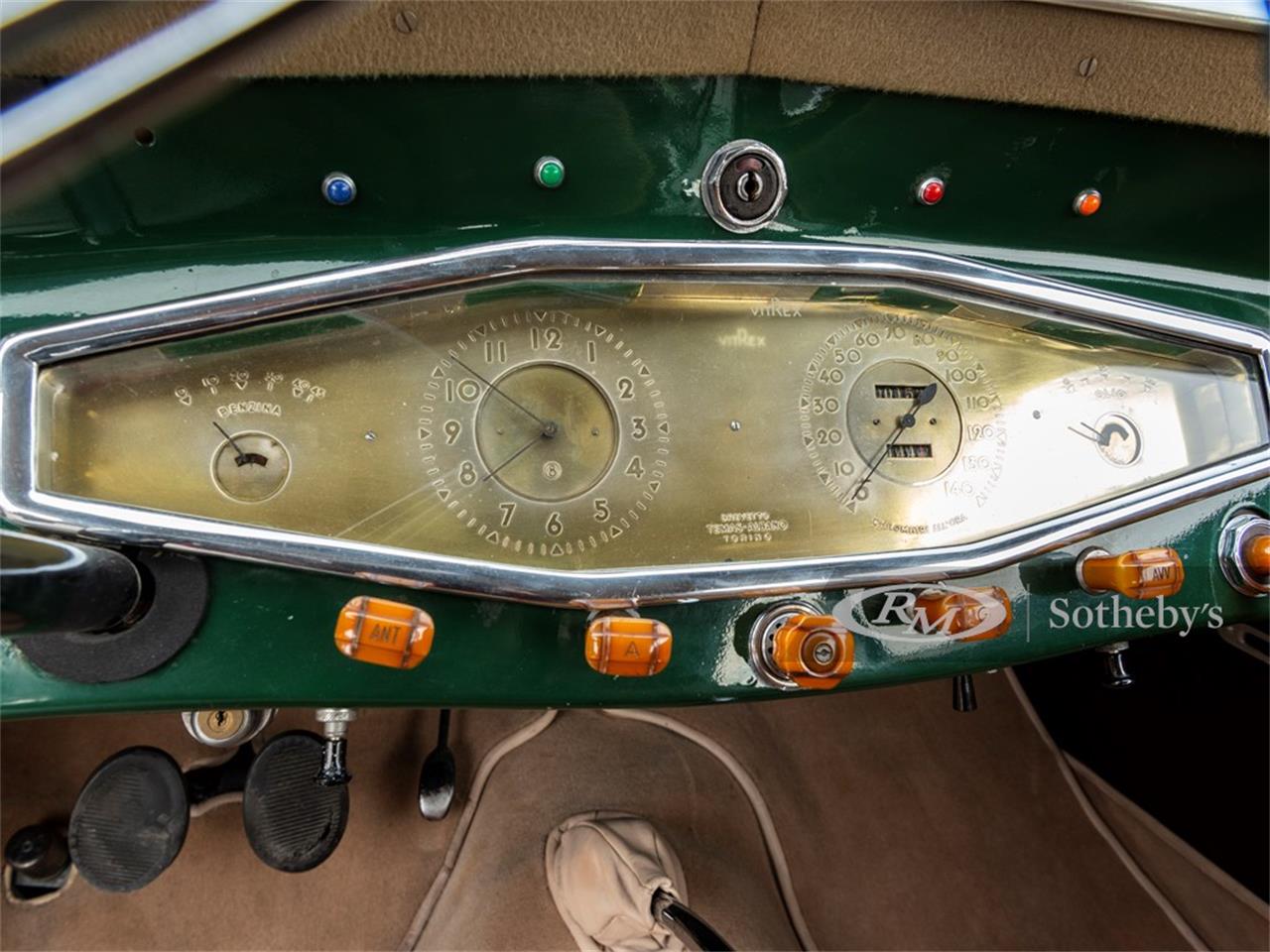 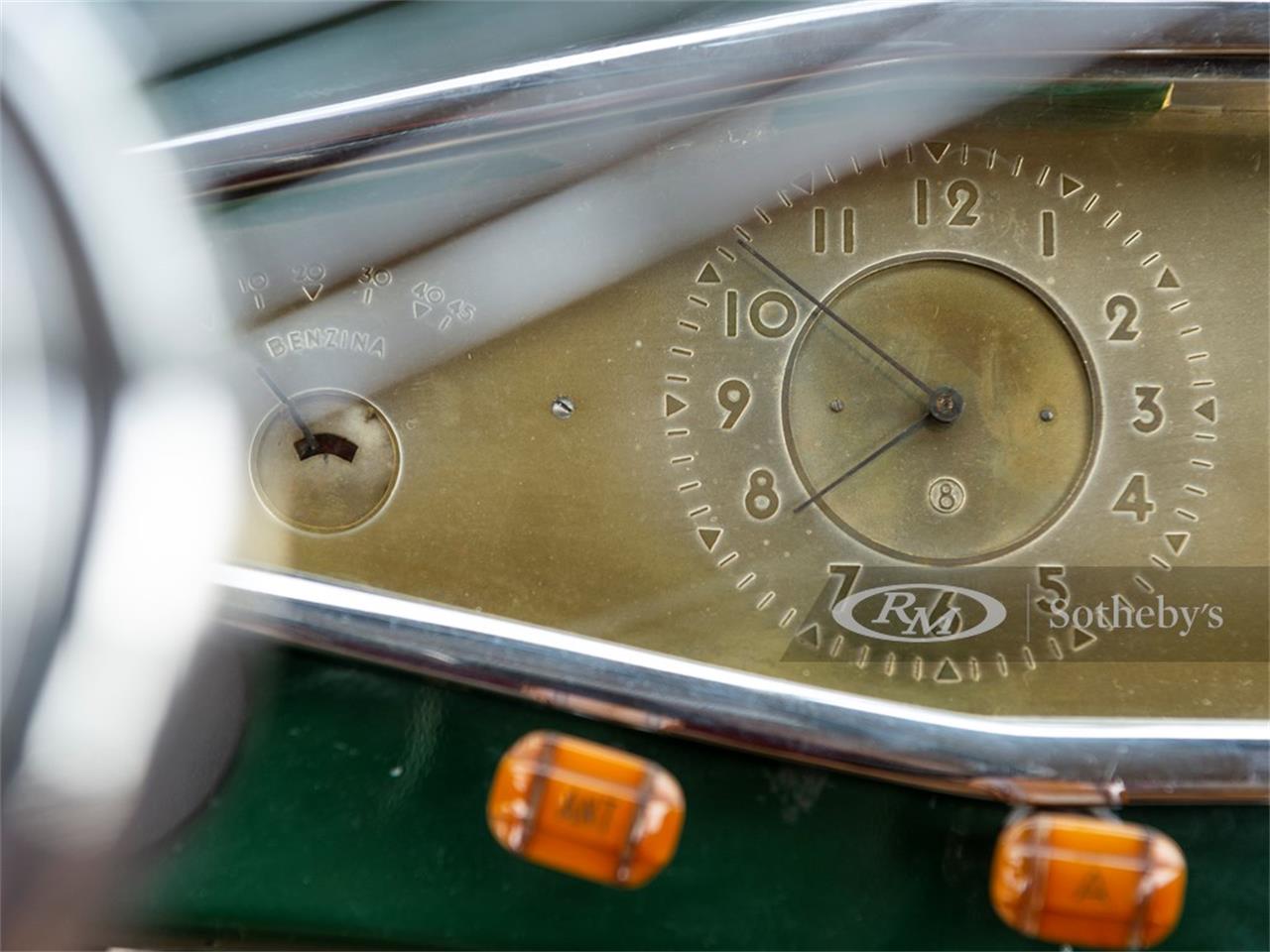 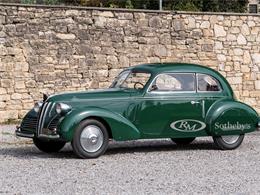 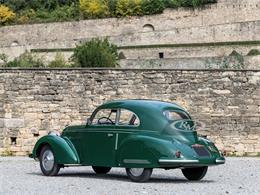 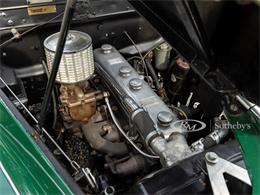 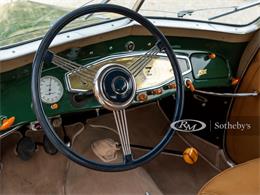 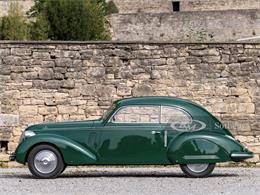 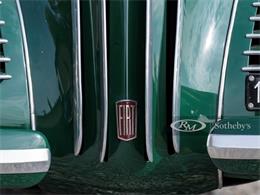 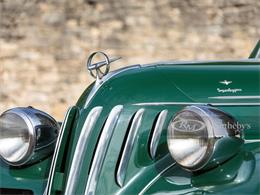 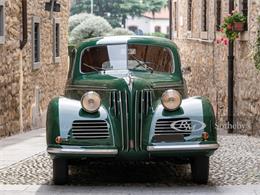 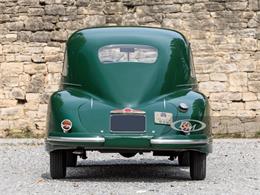 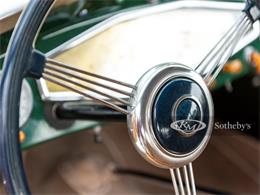 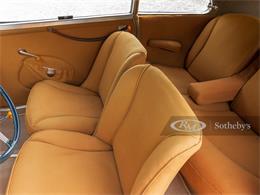 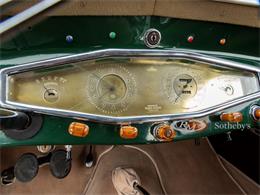 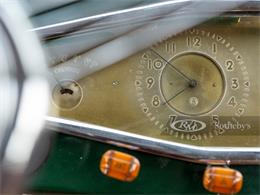 Please note that this lot will need to be collected from Brusaporto, Italy.

Reminiscent of Touring's iconic Berlinetta bodywork on Alfa Romeos 6C 2500 chassis, only a handful of Fiat 1500 B Berlinetta chassis would receive bodies crafted by Touring. It is thought that roughly a dozen examples were produced, but only five are still accounted for today.

Boasting known history from new, chassis number 026981 was originally delivered on October 11, 1938 to a Mr. Attilio Chiolero of Turin and was registered TO 52635. The registration was subsequently changed to T0 63322 on April 26, 1943 for its second owner. Angelo Ferrari. It would appear that he was able to keep the Fiat safe throughout the war, and he sold the car to its third owner Angelo Grasso on November 21, 1945, when it was reregistered in Milan as MI 87895. The car would remain with him for less than a year and was purchased by Eraldo Rizzolio, also of Milan.

Interestingly, Rizzolio was residing in Johannesburg, South Africa when he purchased the Fiat, but opted to keep the car at the Royal Automobile Club of Milan. Sold again on February 12 1949 to Luigi Brusi of Ravenna. Brusi registered the car RA 13937 and amazingly, that registration number remains with the car today. Brusi kept the car for the best part of two decades, selling the car in February 1967 to Angelo Gatti of Faenza. Gatti would also be a long-term custodian of this 1500 B, keeping the car until May 13, 1992 when it was acquired by Edoardo Magnone of Dorzano. Magnone was president of the Italian Fiat Register, and a great connoisseur and friend of the marque, having been involved in Fiat's sales and service network for South America, where he managed to uncover a number of significant cars. The car was purchased by a Swiss collector in 2015, who kept the car in Italy, retaining its Ravenna numberplate.

Acquired by the consignor in 2018, the 1500 B boasts an older, yet well-preserved restoration and its green paintwork and brown cloth interior still present in charming condition. Records indicate that the car's original engine was number 027452, but another correct 1500 B engine has since been installed. Within the last five years, the car has seen some mechanical servicing, which ensures that it drives both smoothly and safely. It is eligible for many events, including the Mille Miglia, and would surely be welcomed with open arms due to its stately charm and rarity.

Should you want more information on the condition of this lot and or discuss the possibility of an in-situ inspection, please contact our office at +44 (0) 20 7851 7070 or email Britta Buchmann at [email protected]To view this car and others currently consigned to this auction, please visit the RM website at rmsothebys.com/en/auctions/lf20.