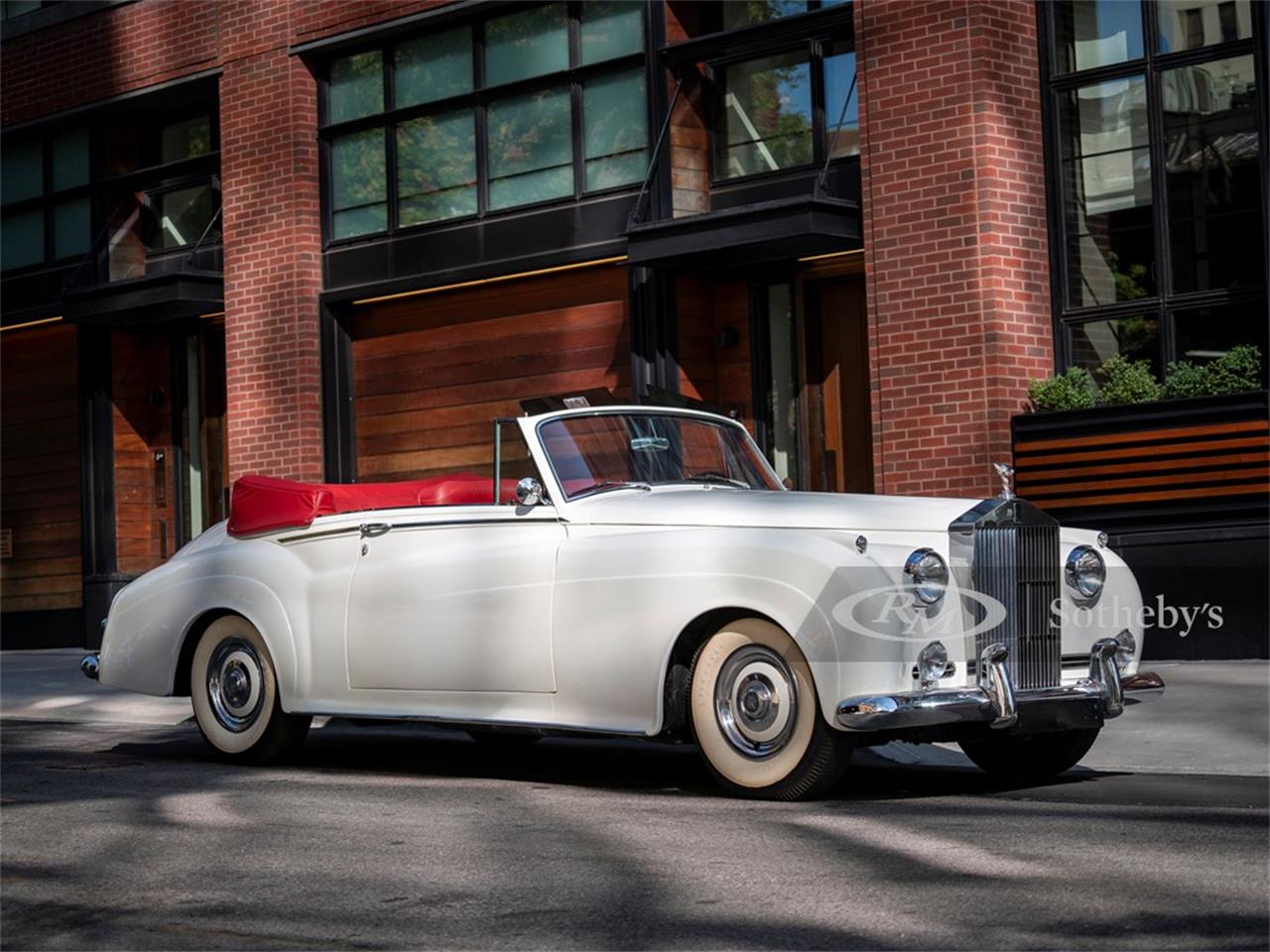 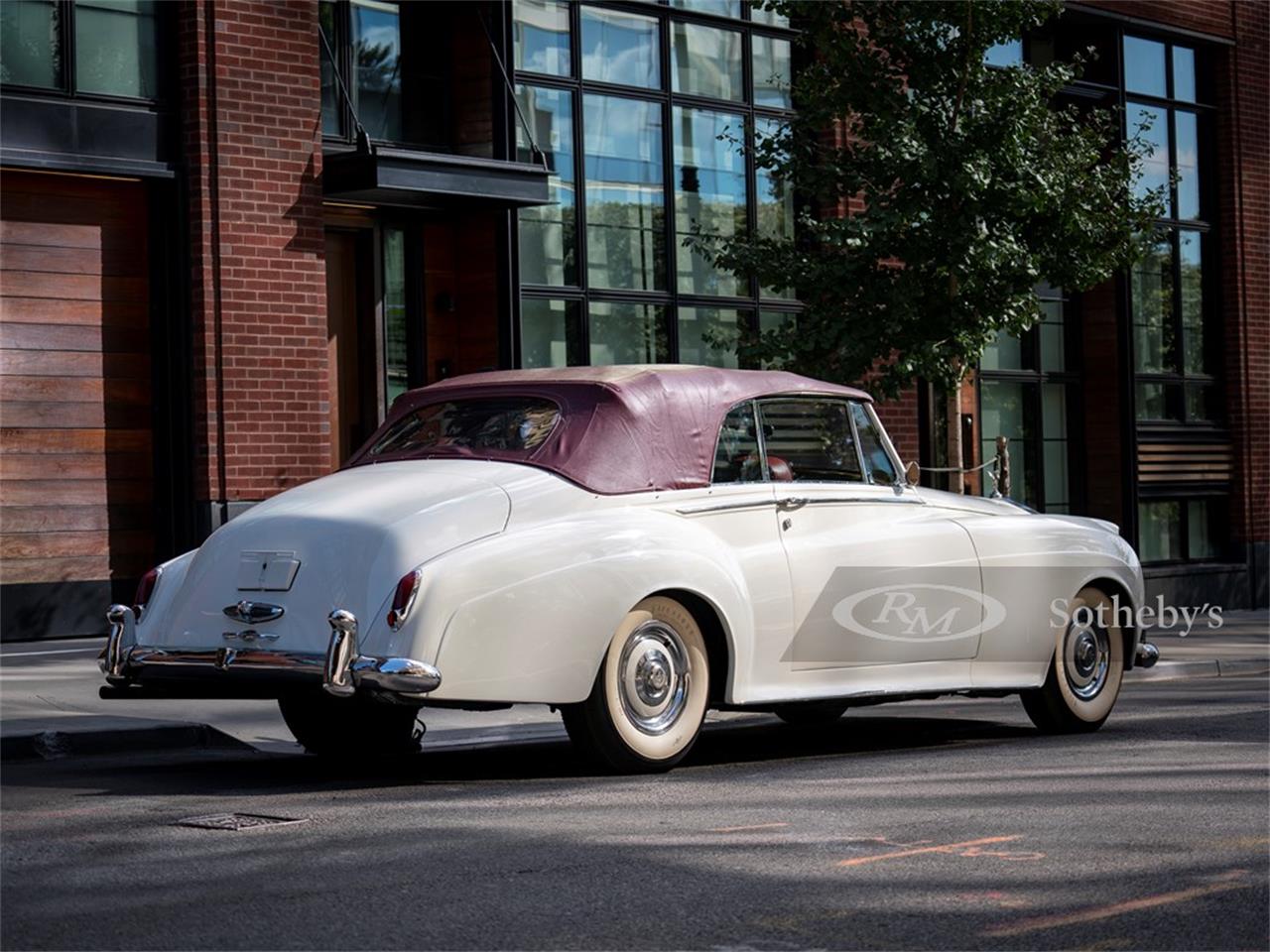 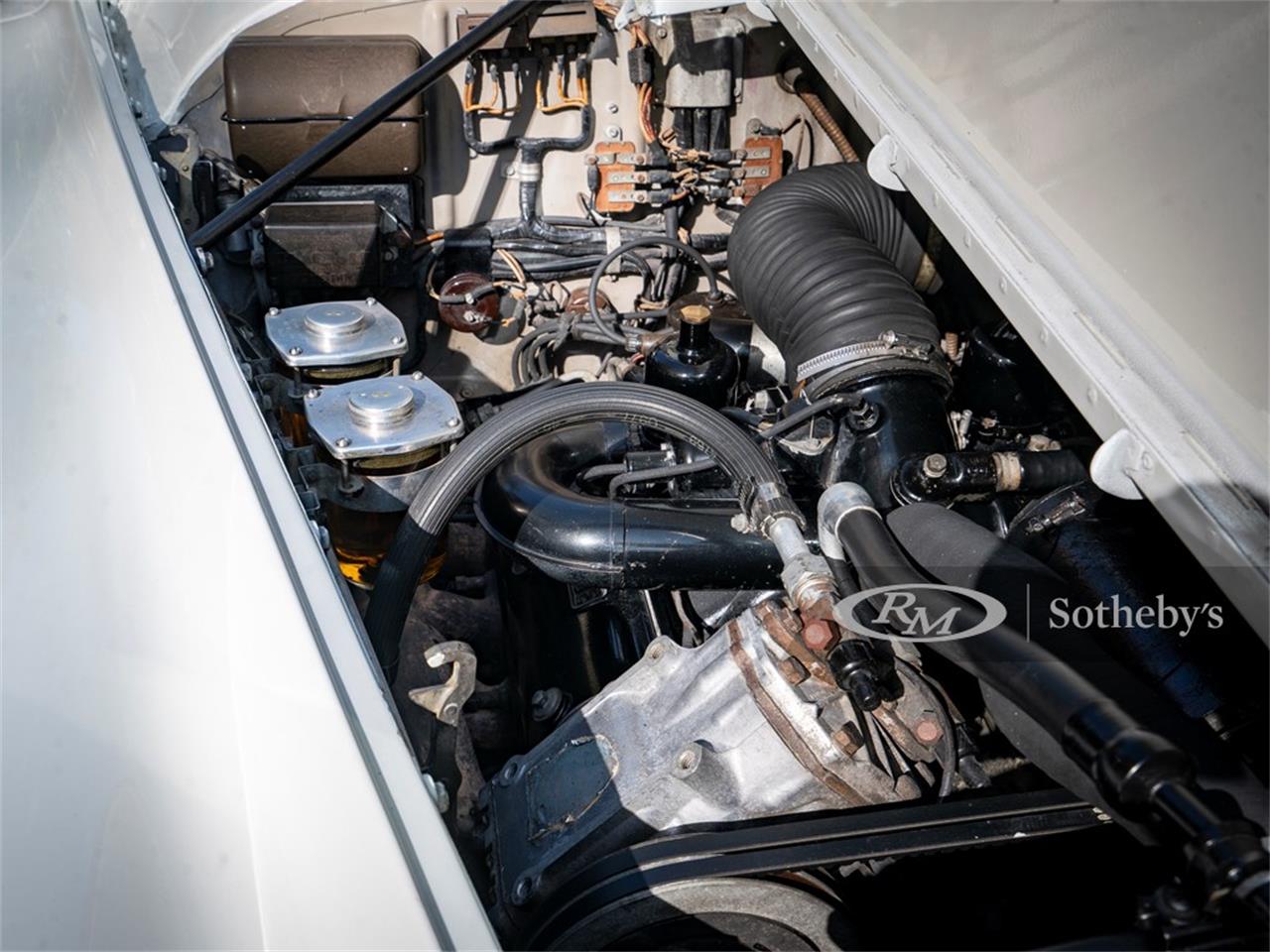 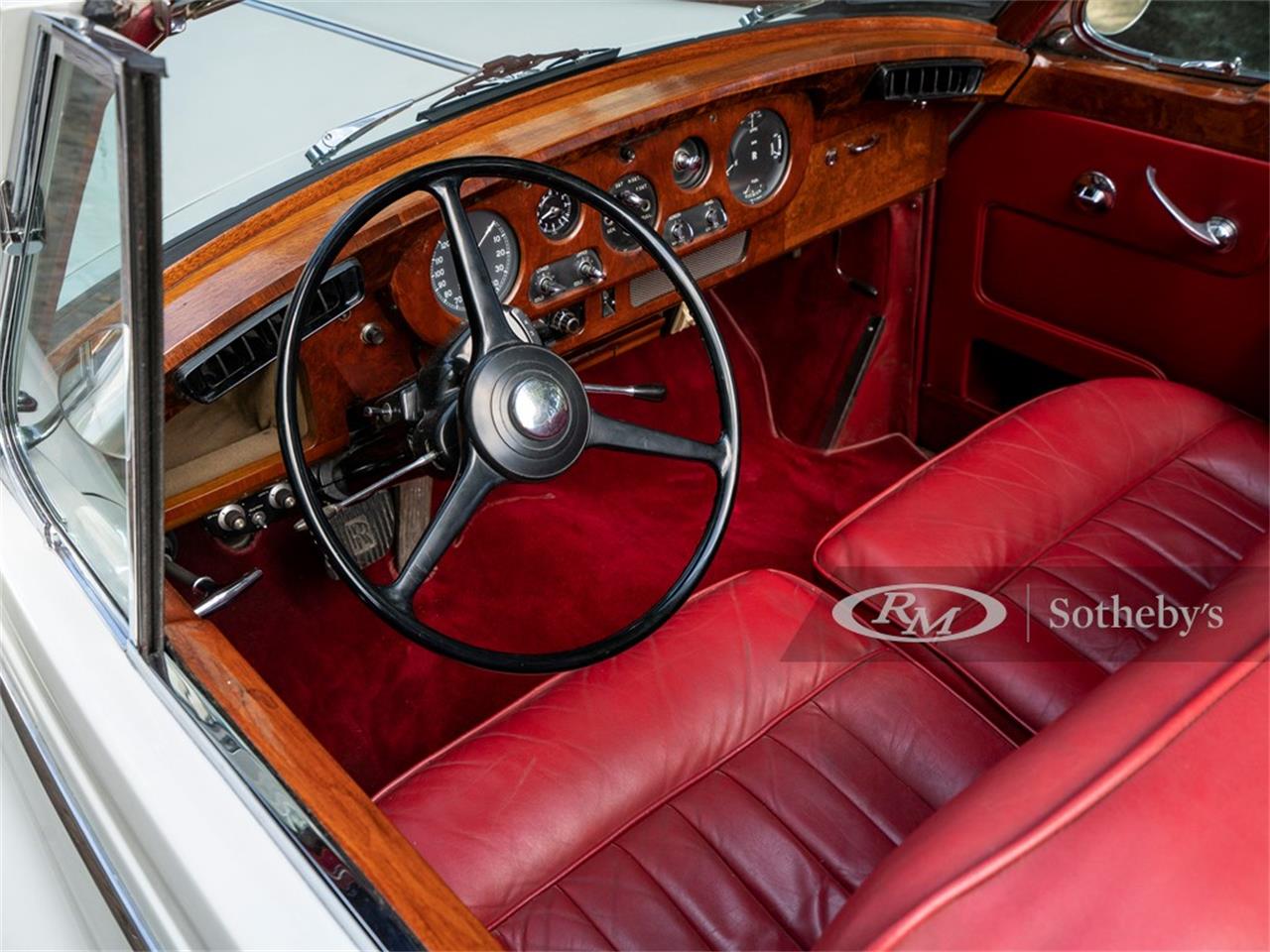 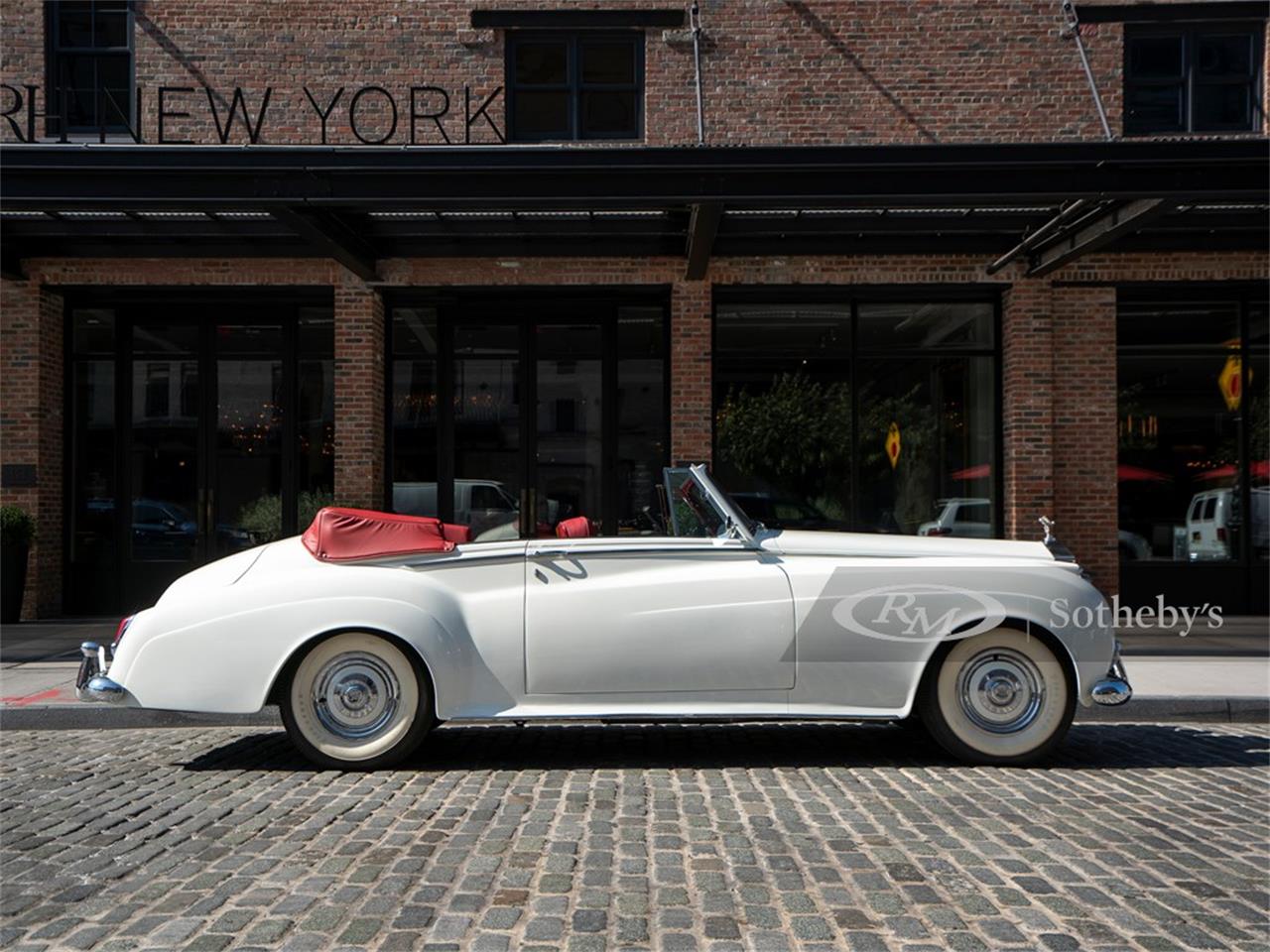 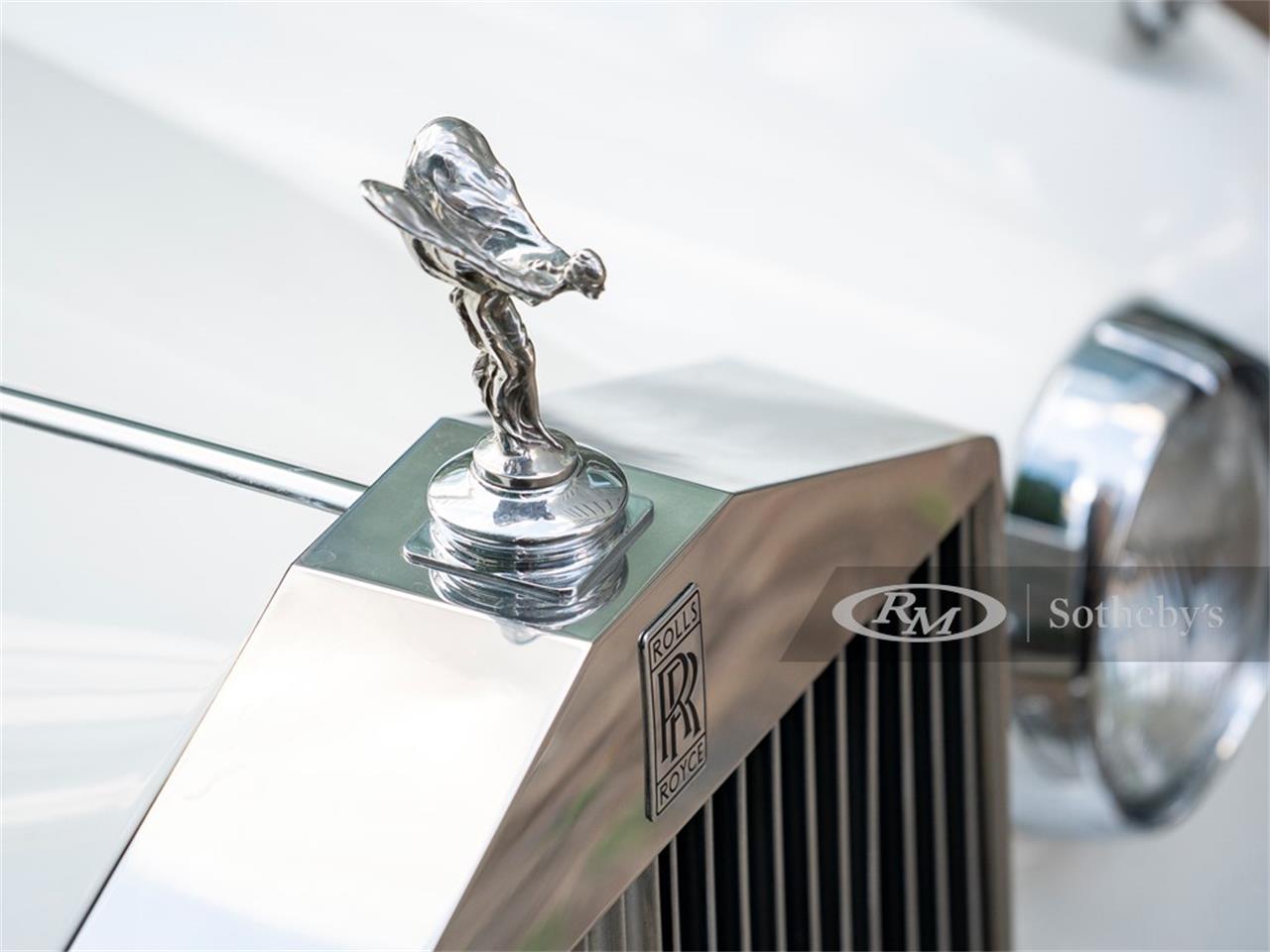 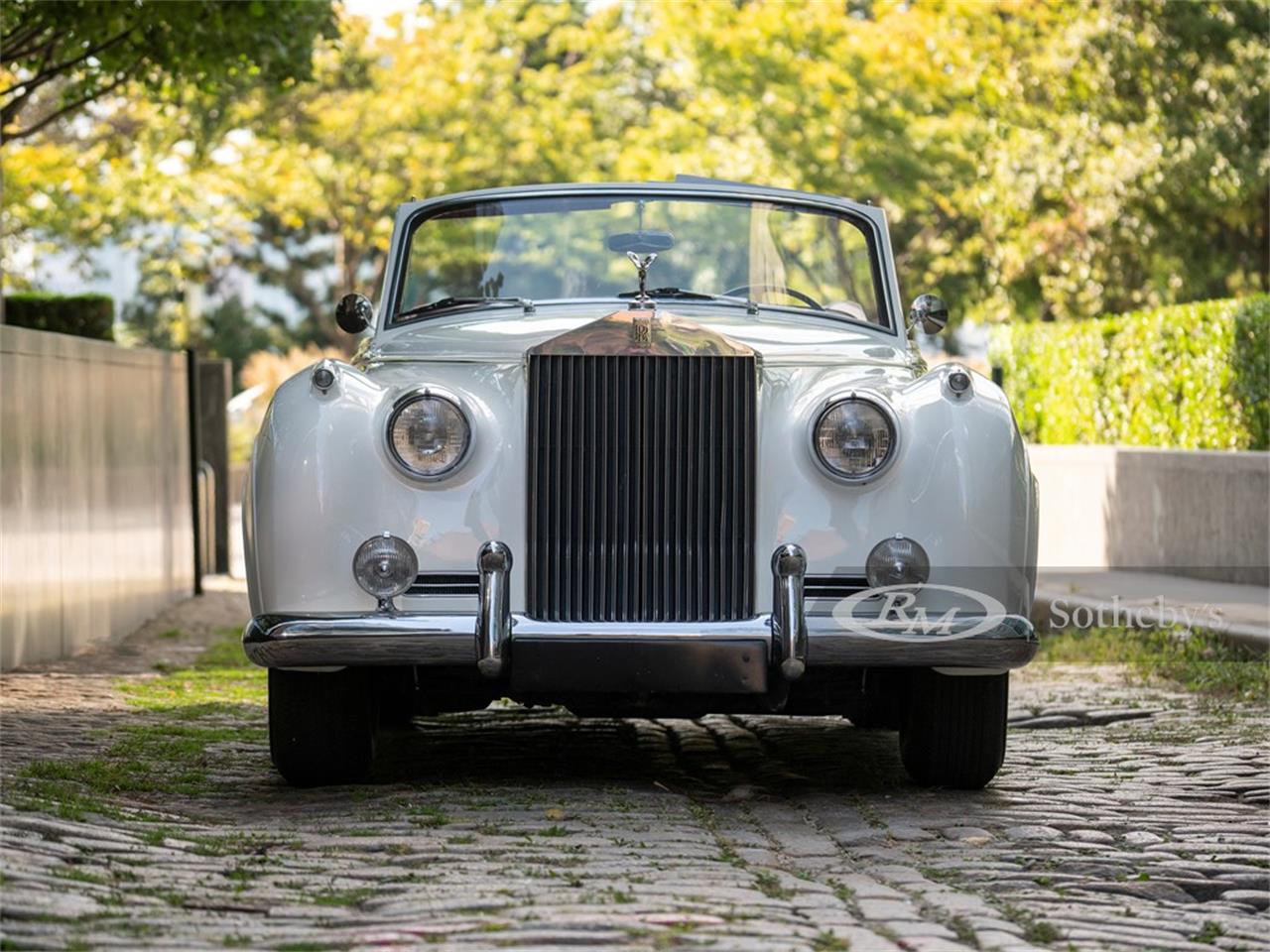 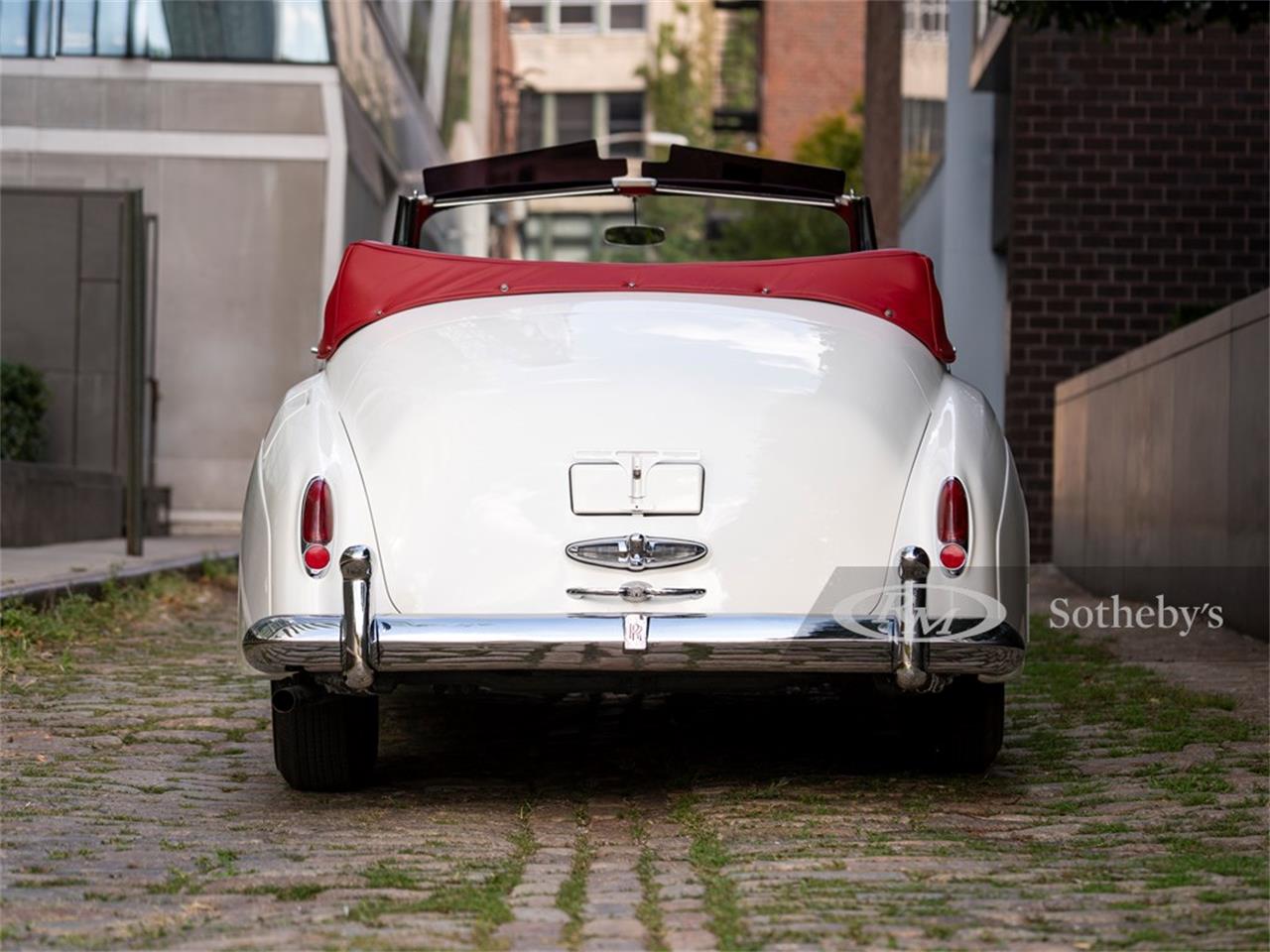 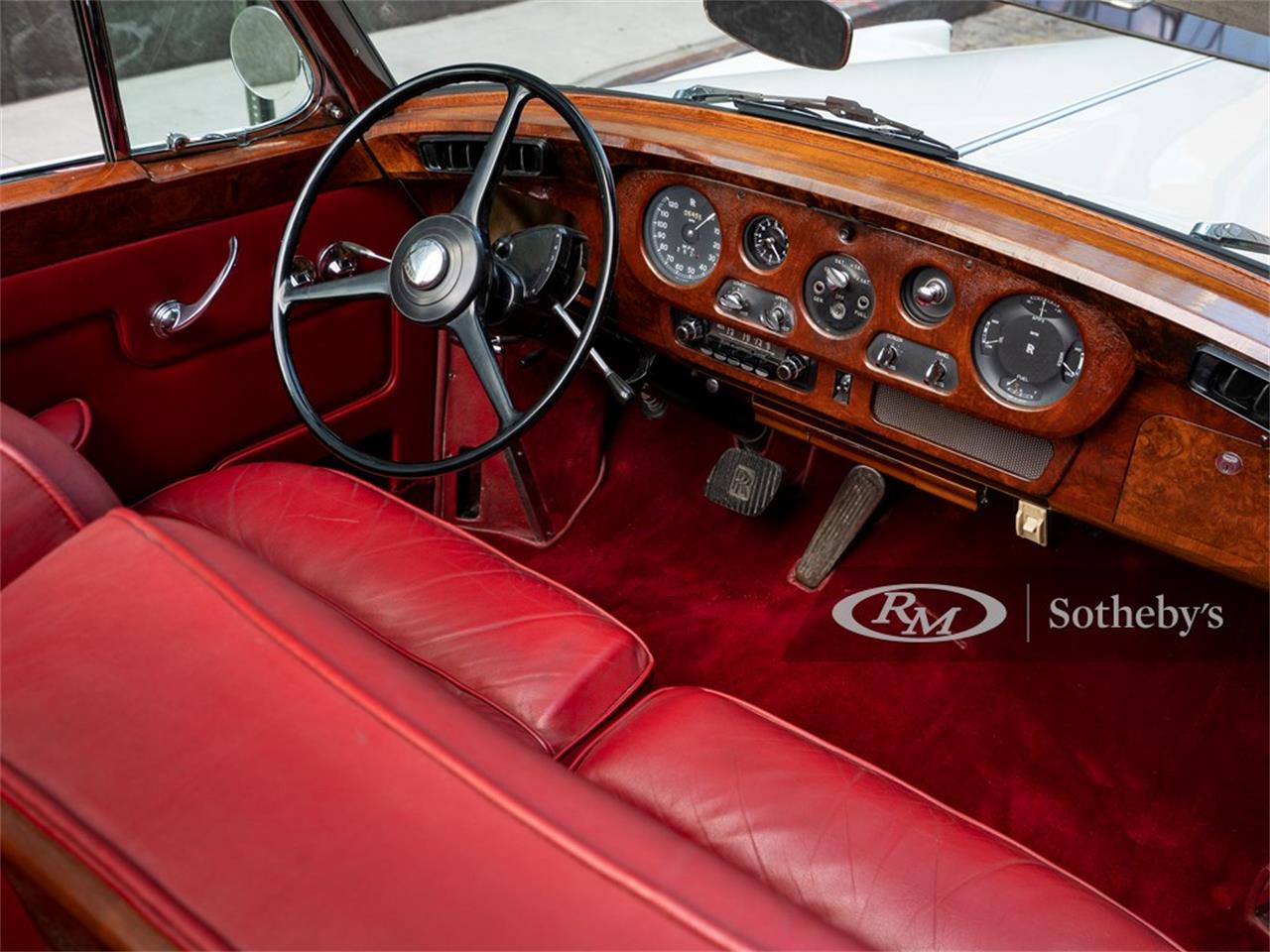 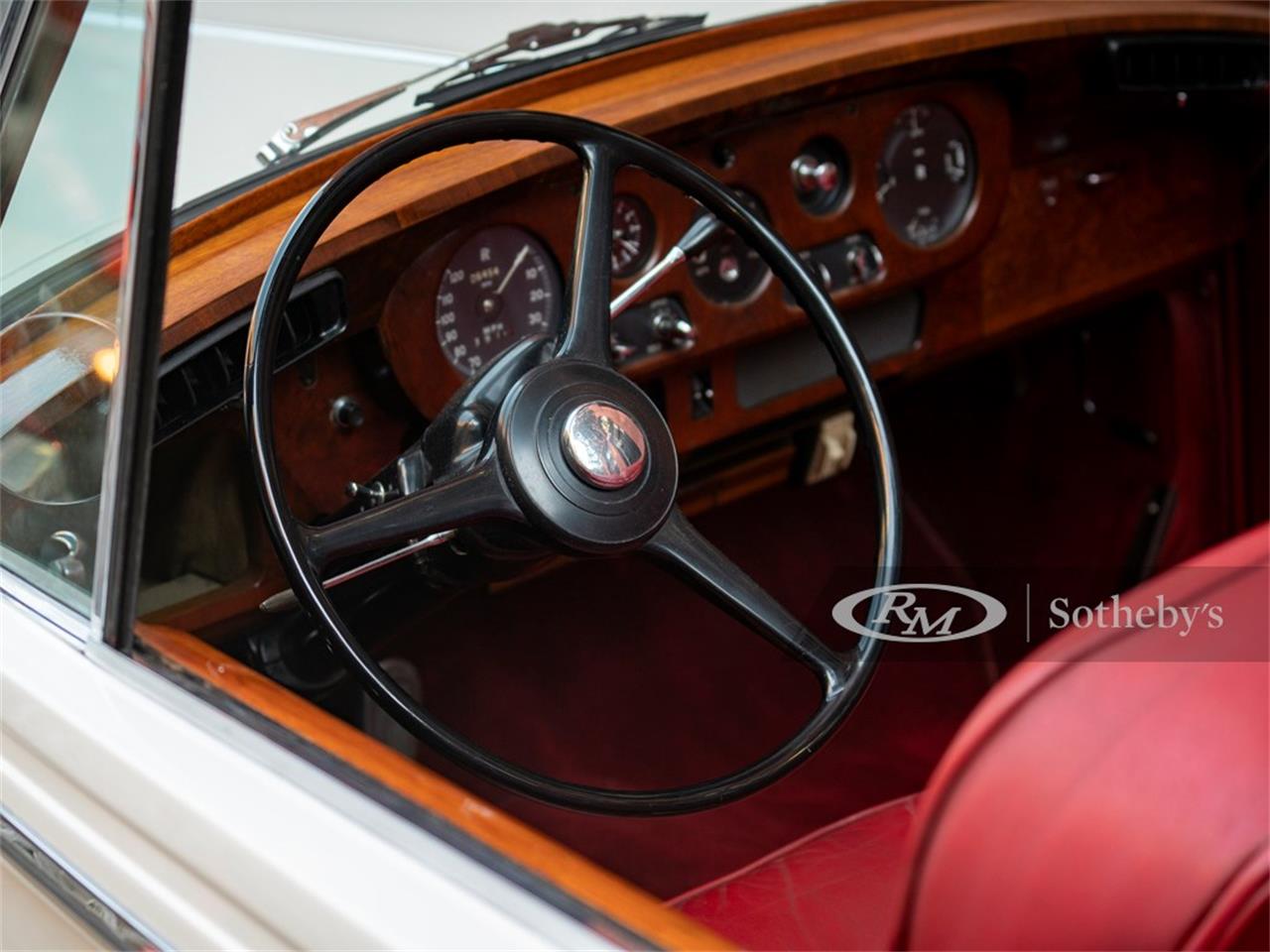 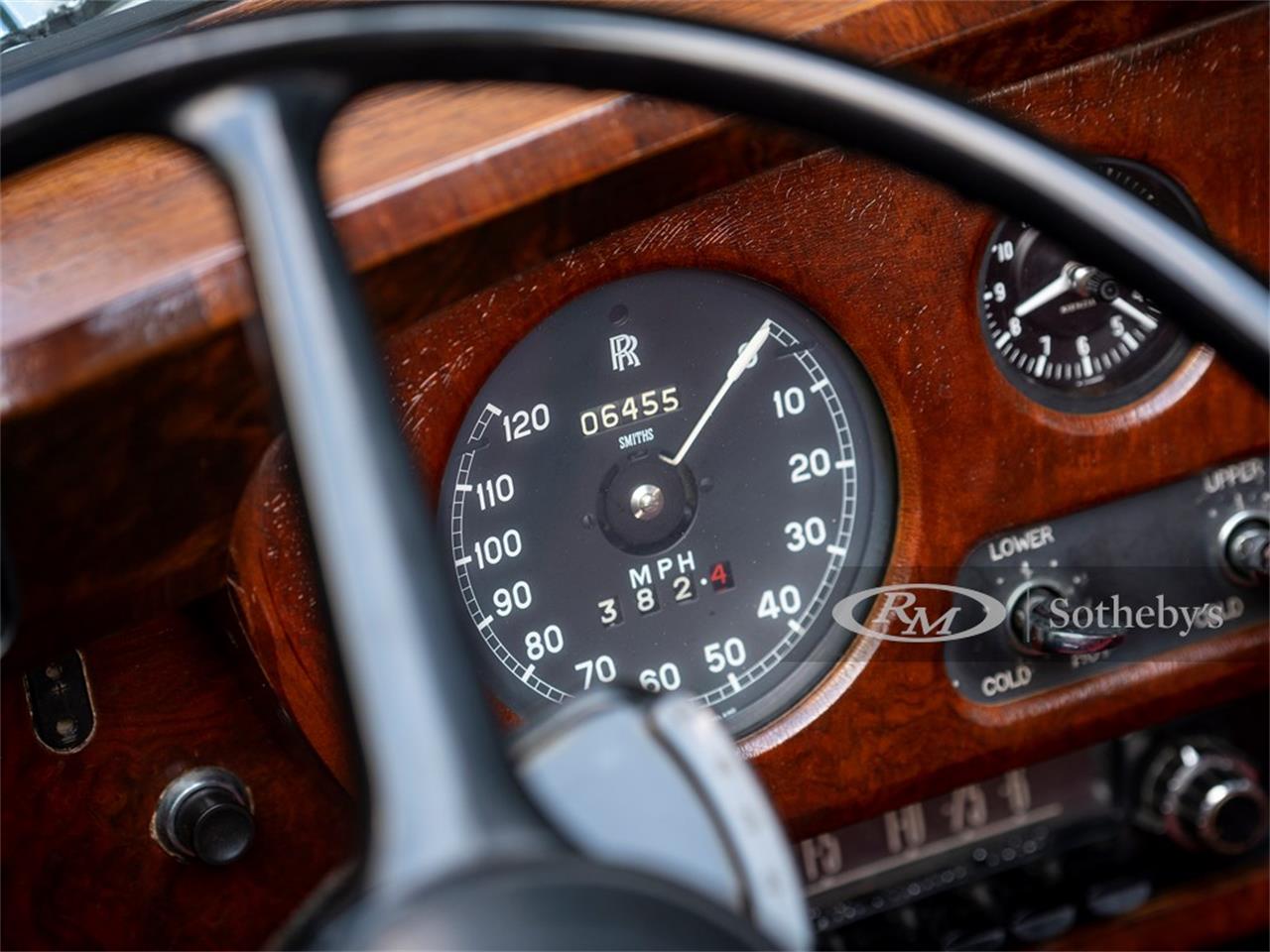 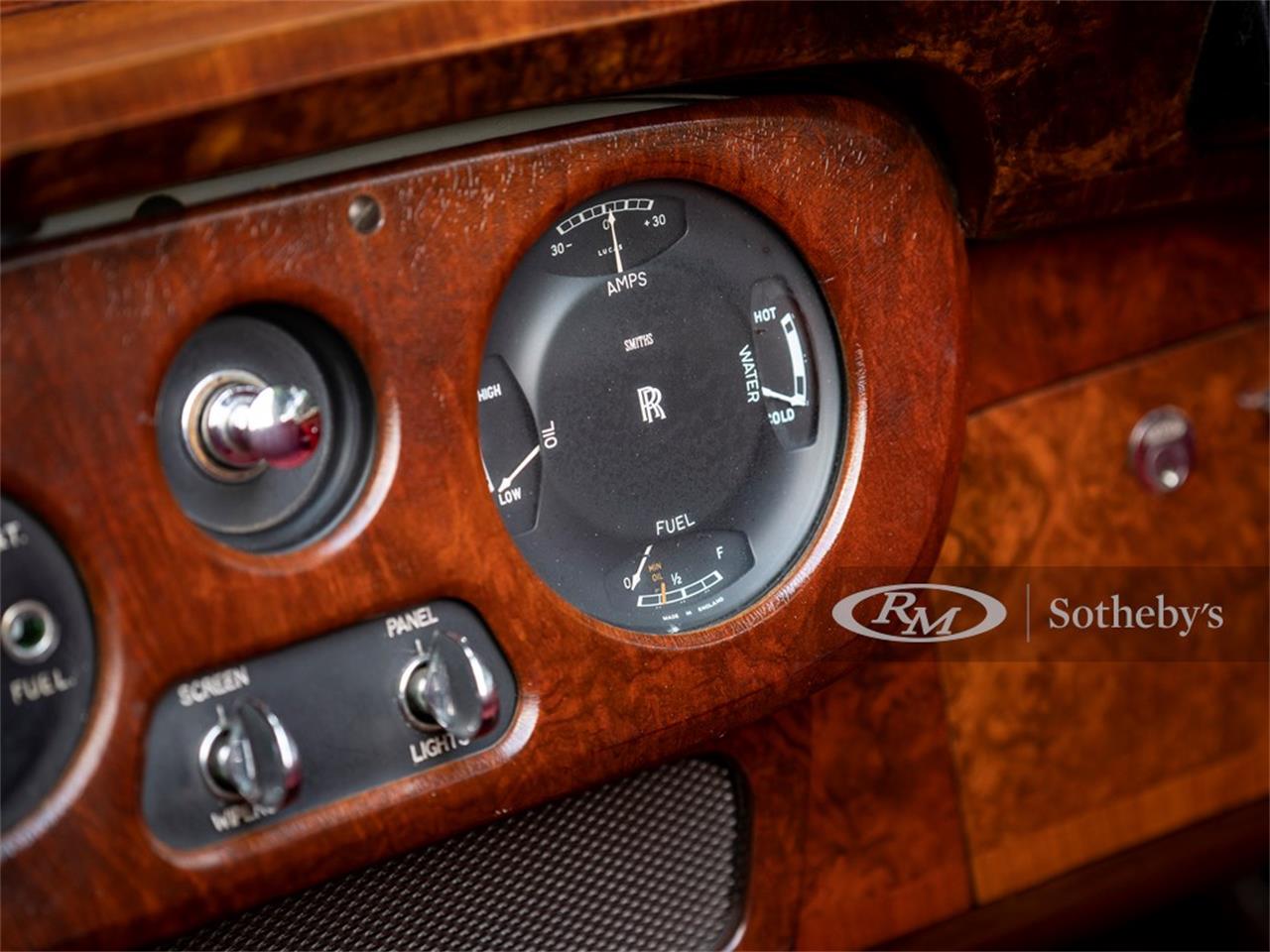 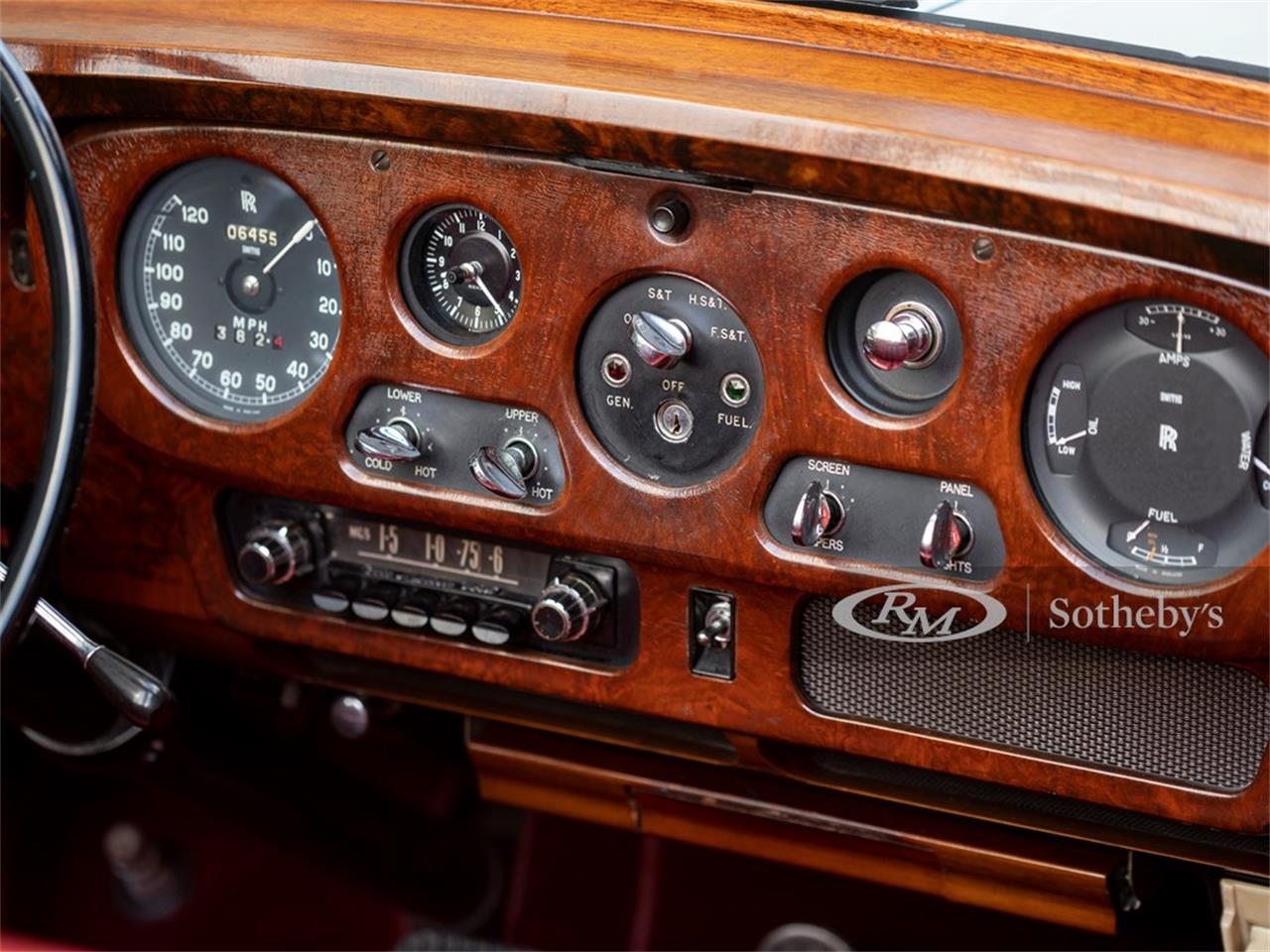 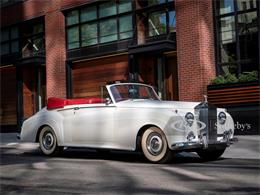 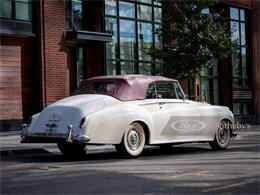 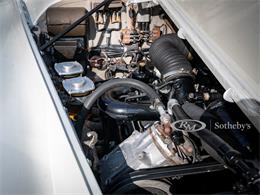 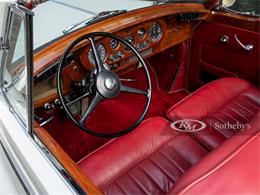 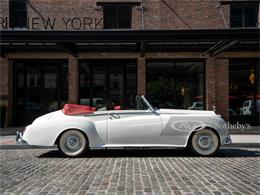 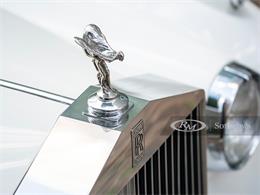 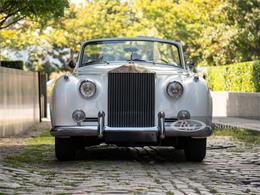 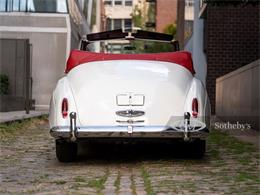 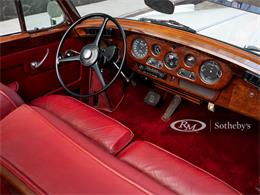 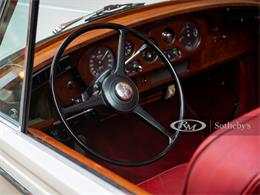 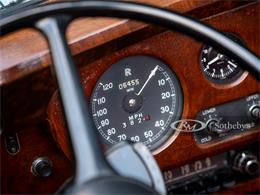 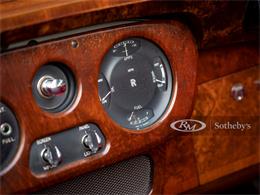 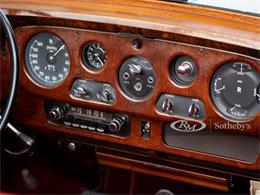 Among the most elegant postwar bodies created for Rolls-Royce was the Silver Cloud II Drophead Coupe by H.J. Mulliner, design number 7504. The car was known as an "Adaptation," and it was created using a factory standard steel saloon body that had been modified into a convertible by removing the steel top, fitting two doors in place of the usual four, and adding a modified chromed waistline moulding. So extensive were Mulliner's modifications that the resulting car was, in its every detail, essentially a fully custom body, and indeed, the cars were available with the same range of bespoke options available to any Rolls-Royce client-that is to say, anything the buyer desired.

This stunning left-hand drive Drophead Coupe example offered here, chassis LSZD53, was delivered new in August 1961 to noted Chicago businessman and art collector Mr. Samuel G. Rautbord. A copy of its original build sheet illustrates that it was specified from new with electric windows, plain "Sundym" glass, lambskin rugs, provisions for the installation of a Delco-Remy aerial, a specially configured rear divider, and bespoke dual red stripes adorning the hood and beltline. Presented today still wearing much of its original interior upholstery and wood trim, it is one of just 75 left-hand drive, short-wheelbase examples executed that year, of which 52 were bodied by H.J. Mulliner.

Born into an impoverished immigrant family, Rautbord worked his way up through law school, and by 1939 had joined the American Photocopy Equipment Company (APECO) as its part-time legal counsel. In 1944, amidst APECO's nosedive towards bankruptcy, Rautbord bought out one of the major partners and took over management of the firm. As company president and savior, Rautbord would find great success-expanding the company, taking APECO public in 1957, splitting its stock in 1960, and acquiring diversified businesses with the help of his two sons, Clayton and Robert. Rautbord and his second wife Dorothy were well regarded for their philanthropy and art collecting habits, and in particular as patrons of the Art Institute of Chicago and the British Museum.

Contemporary press of the time notes that Mr. Rautbord was renowned for his penchant for this Rolls-Royce, though he reportedly rarely drove it himself-instead preferring to have his chauffeur do the task for him.

At some point around the time of Rautbord's passing in 1979, LSZD53 was acquired by New York City real estate magnate Lewis Rudin. Interestingly, accompanying documentation shows that the consignor's workshop was responsible for maintaining this chassis for "Mr. New York" all those years ago. Later ceded to Rudin's third wife, Basha Szymanska, this chassis remained relatively dormant over the intervening two decades. In 2015, Szymanska commissioned noted workshop Automotive Restorations of Stratford, Connecticut to return LSZD53 to the pinnacle of roadworthy elegance.

A thorough folder of service documentation (100-plus pages) details over $150,000 USD worth of line items executed toward that end over the past four years. Notable maintenance items listed include a full engine rebuild, suspension overhaul, and servicing to the transmission and differential, and among many other features addressed. All told, the mechanical condition of this chassis' 6.2-liter V-8 powertrain is said to be "fully sorted." The consignor states that though the air conditioning system is present and original, it will require further servicing and charging to work properly. Acquired in 2019 from Szymanska's estate via Automotive Restorations, the consignor's short stewardship of this chassis has been focused on finishing the aesthetic conditioning of LSZD53.

Originally delivered wearing Whitehall Grey, this chassis has been recently refinished in the period-correct shade of Porcelain White. Additionally, it has been furnished with a new burgundy Everflex convertible top and bespoke Scarlet Red Wilton carpeting and floormats in a shade matching its original interior components. Though the original, grain-matched wood does exhibit some patina, its character is nonetheless pleasant; the same can be said of the pair of nicely preserved fold-out tray tables for rear passengers. Finally, a set of bespoke Firestone whitewall tires and color-matched hubcaps enrich the appeal of this distinctive Mulliner Adaptation.

Said to have traveled just 400 miles in the past two years, this exquisite, highly presentable and well documented Silver Cloud II Drophead Coupe Adaptation is now accompanied by the proper manuals, books, and tools in addition to its aforementioned history file and service documentation.To view this car and others currently consigned to this auction, please visit the RM website at rmsothebys.com/en/auctions/0620. 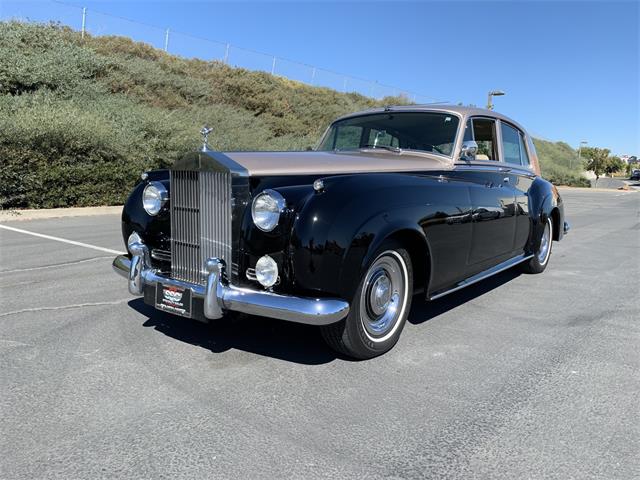 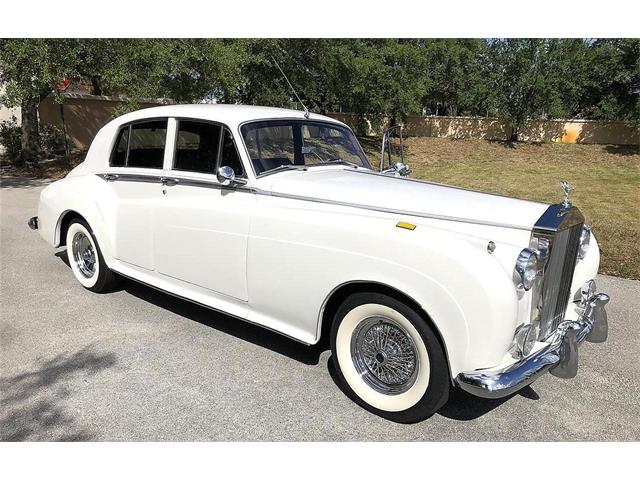 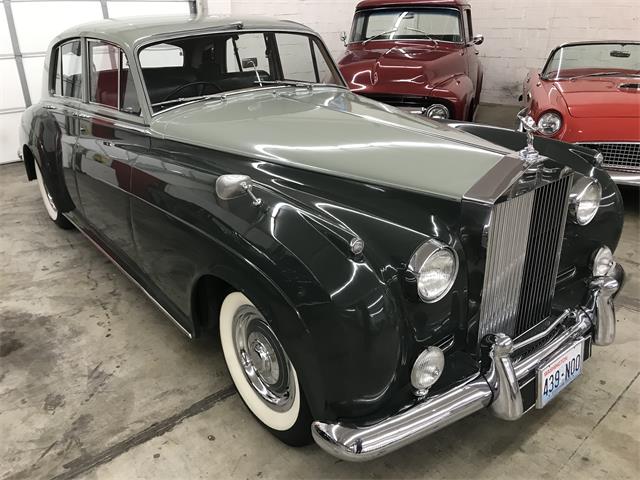 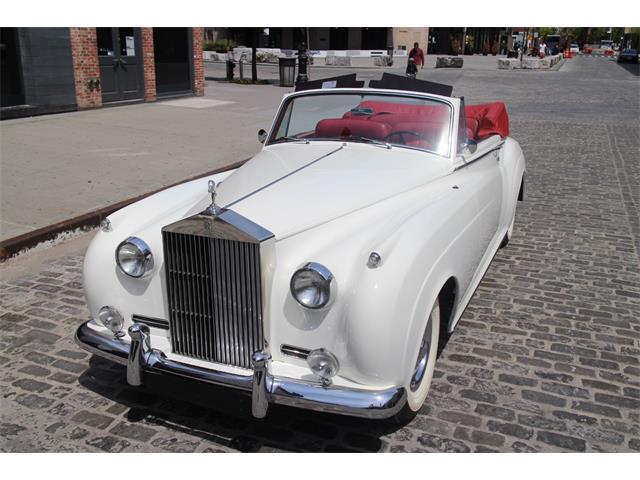