For Sale at Auction: 1961 Jaguar E-Type in London, United Kingdom 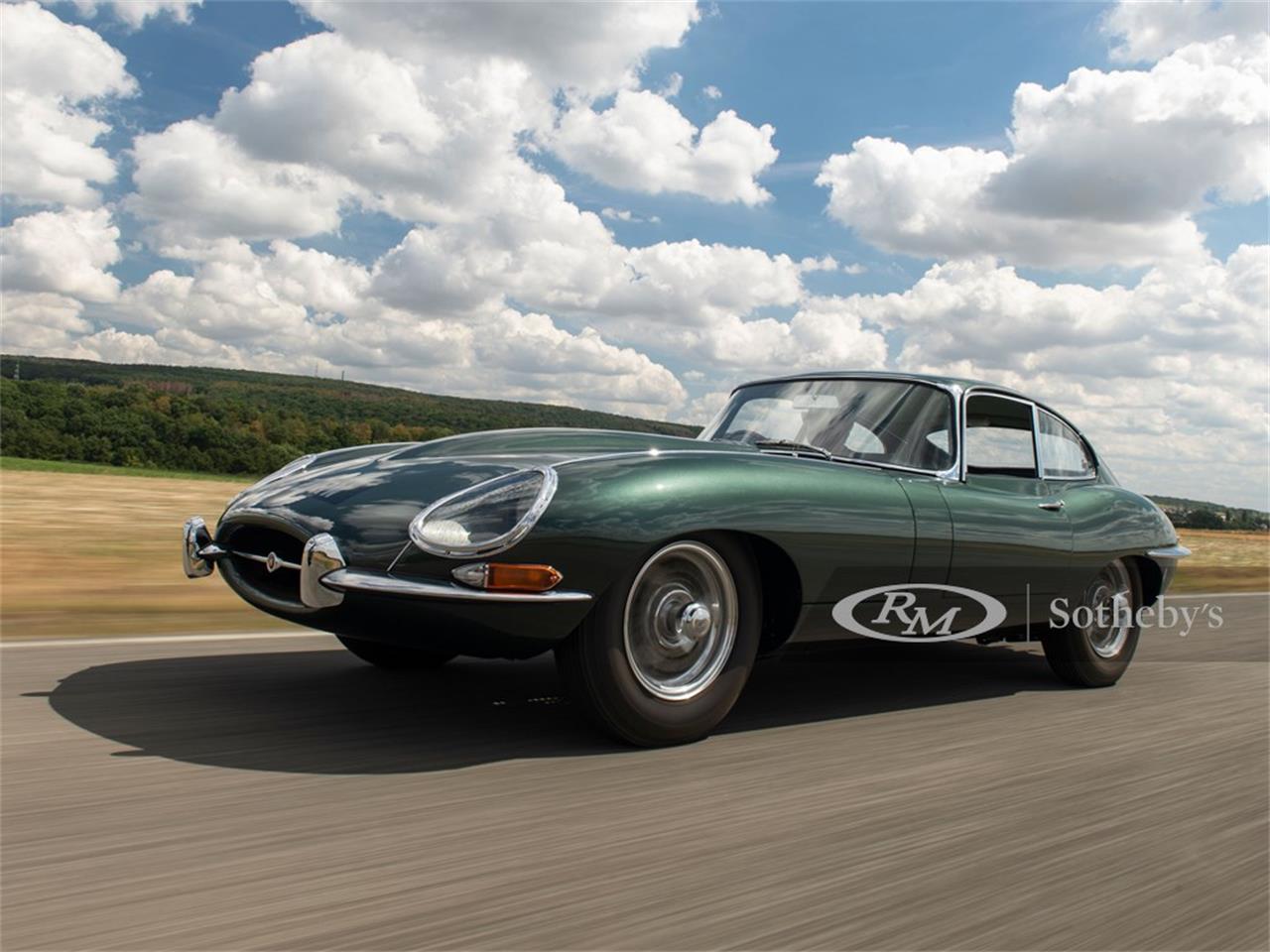 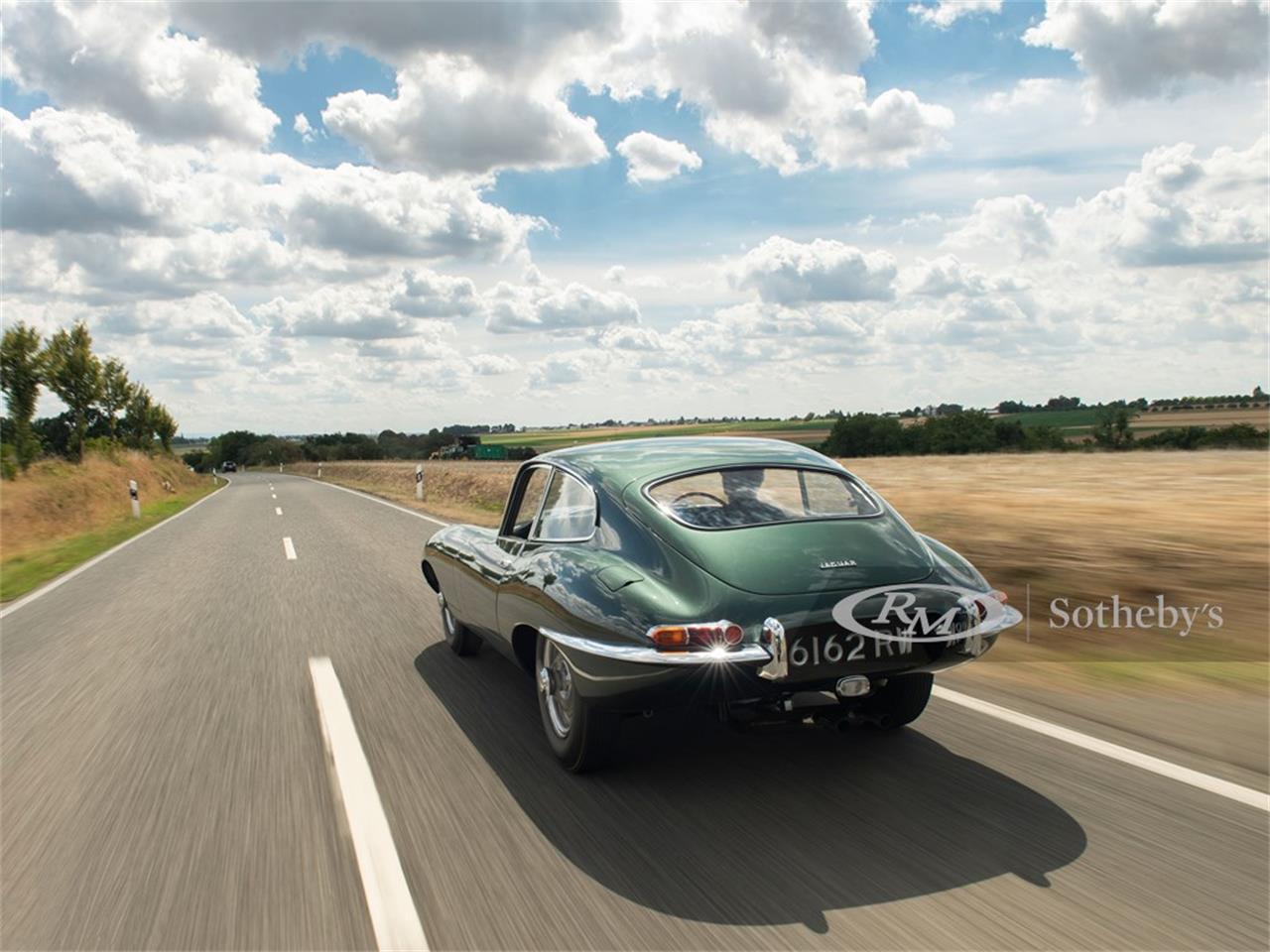 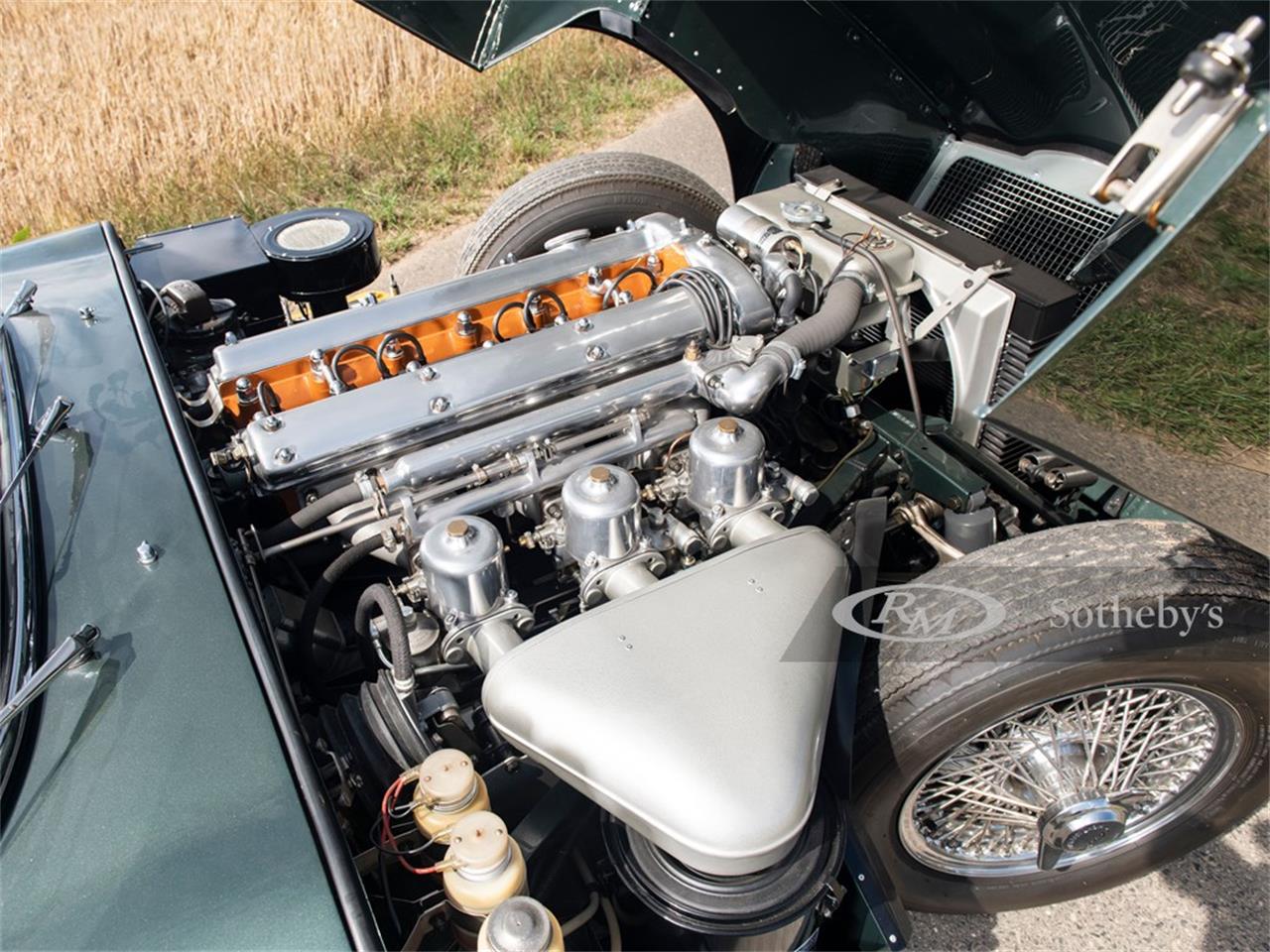 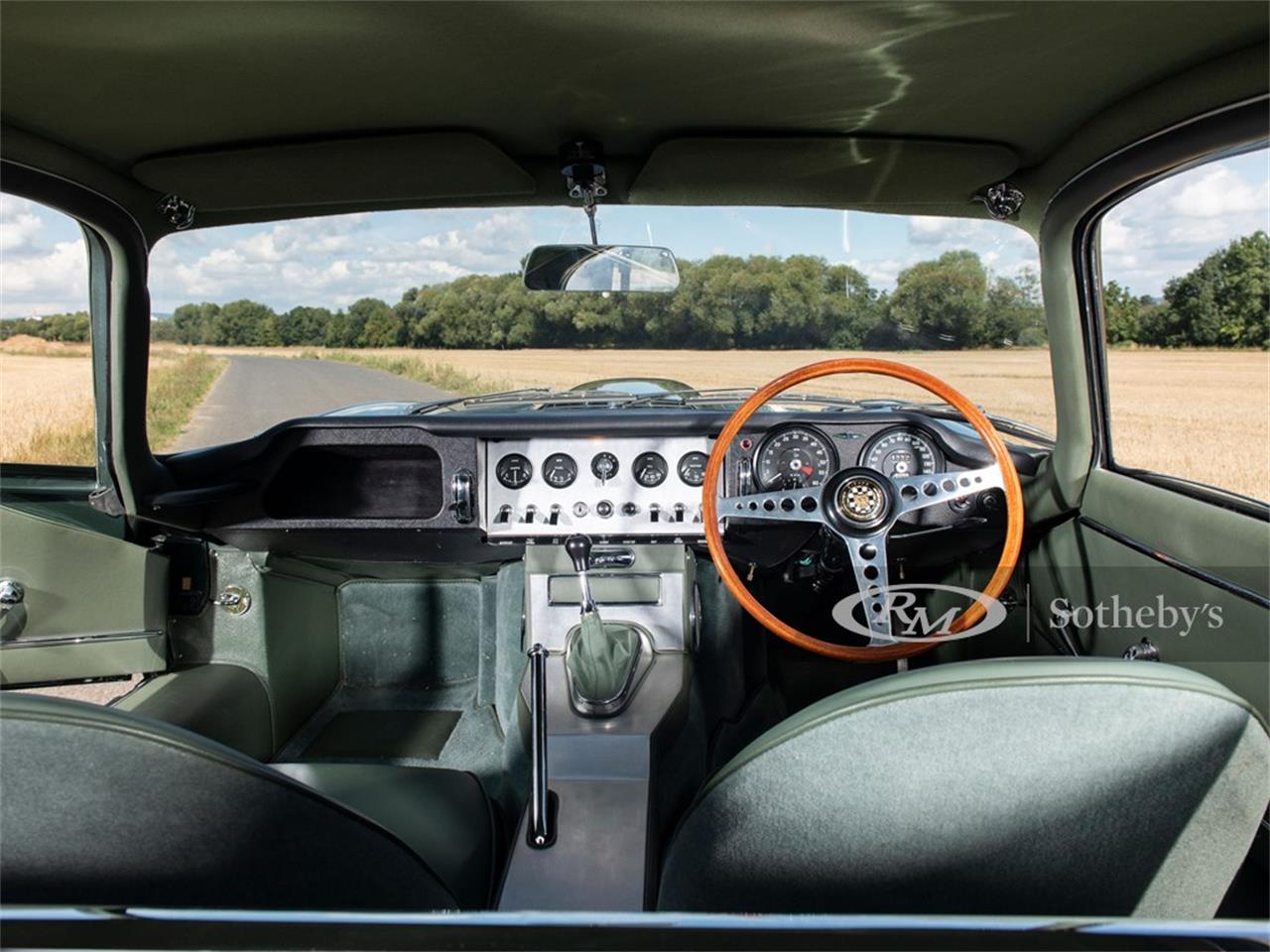 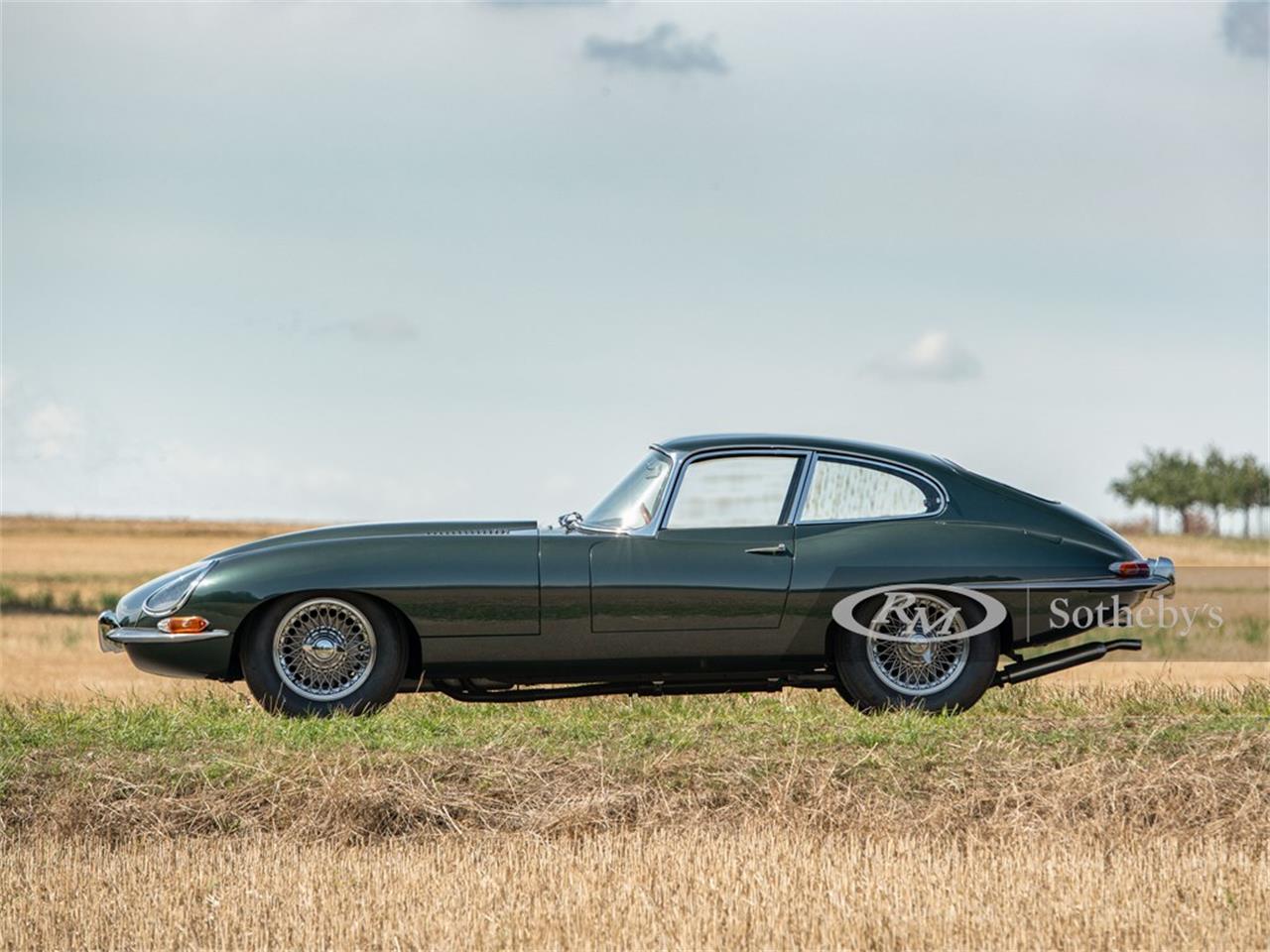 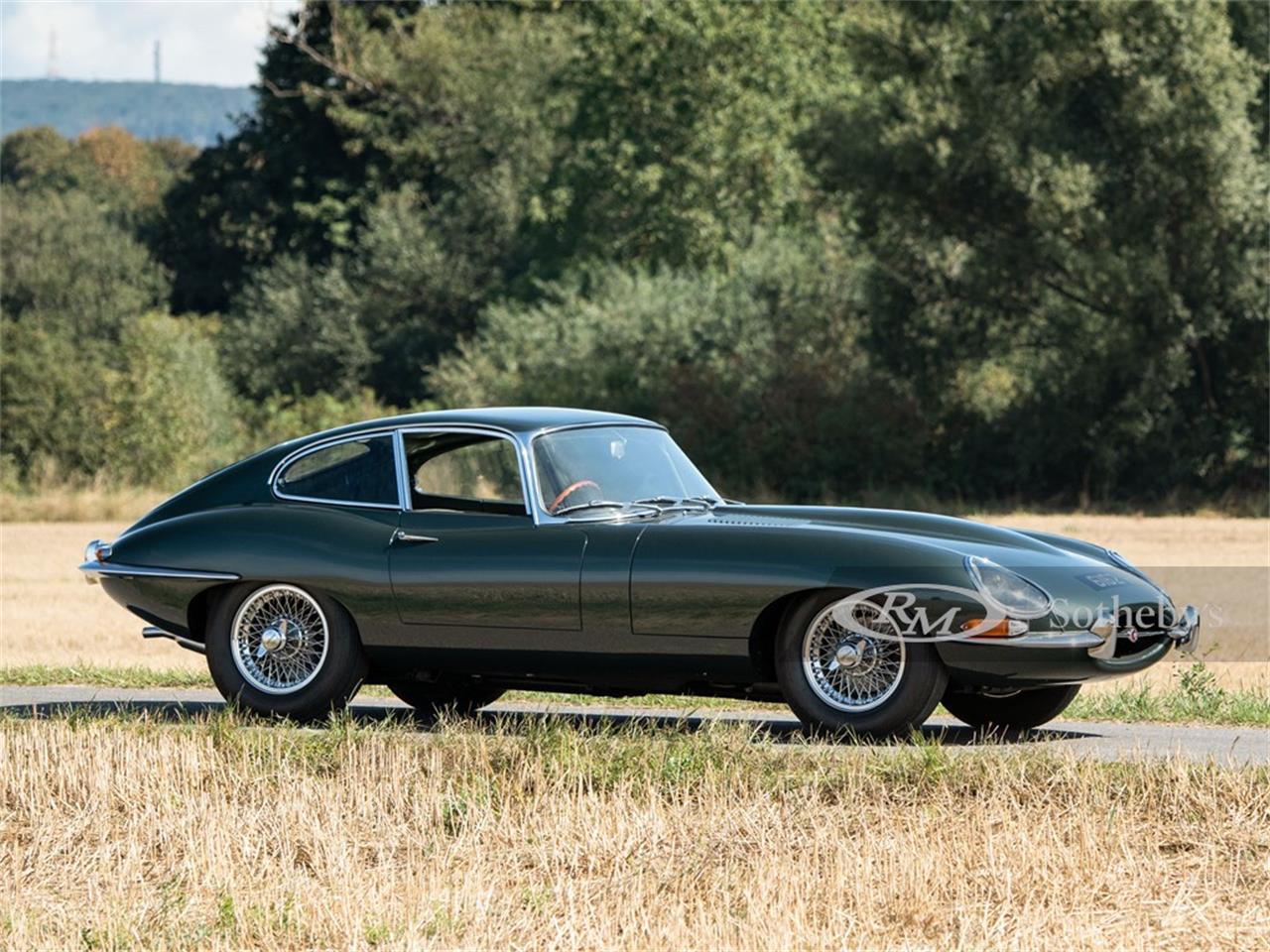 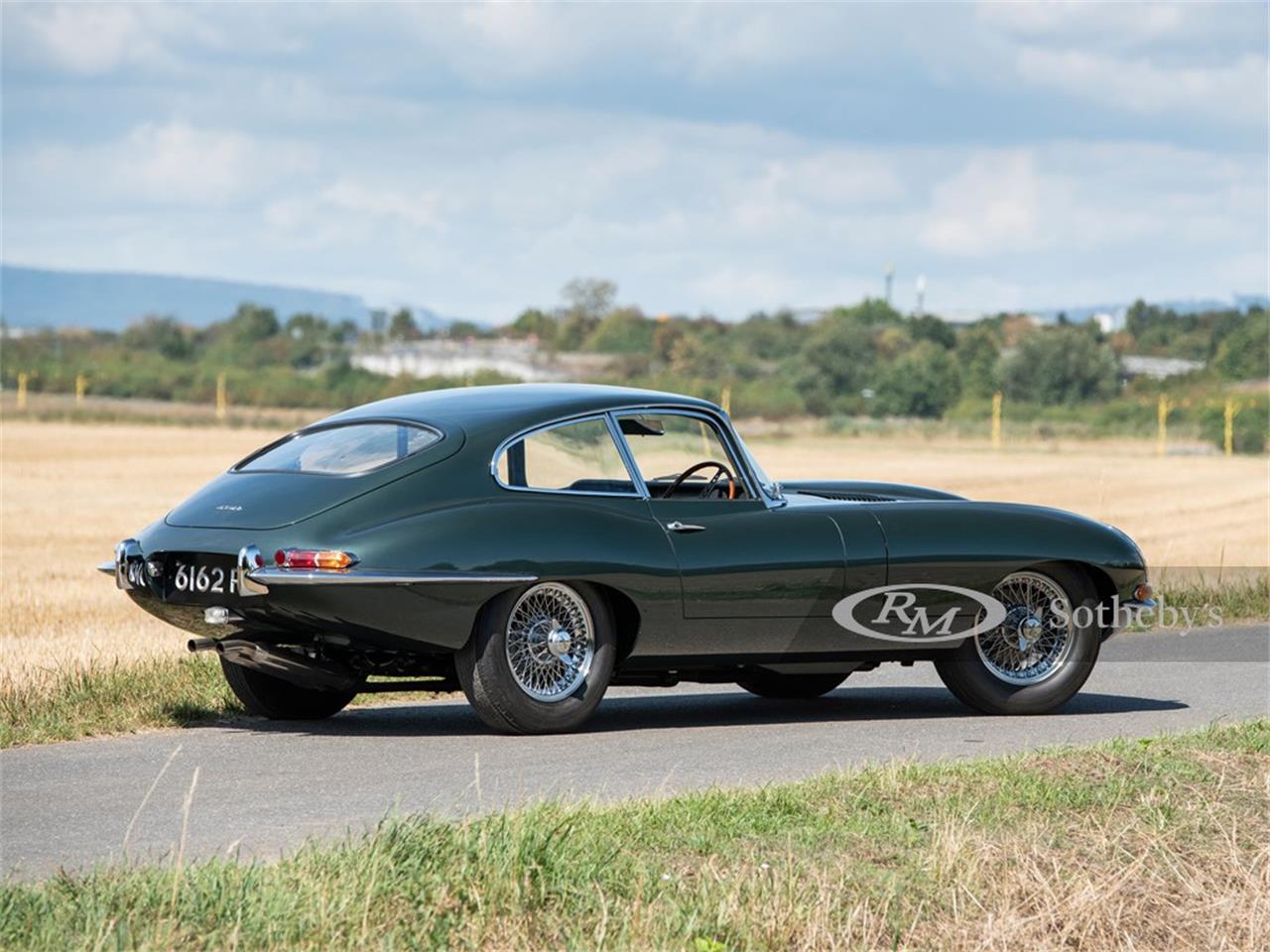 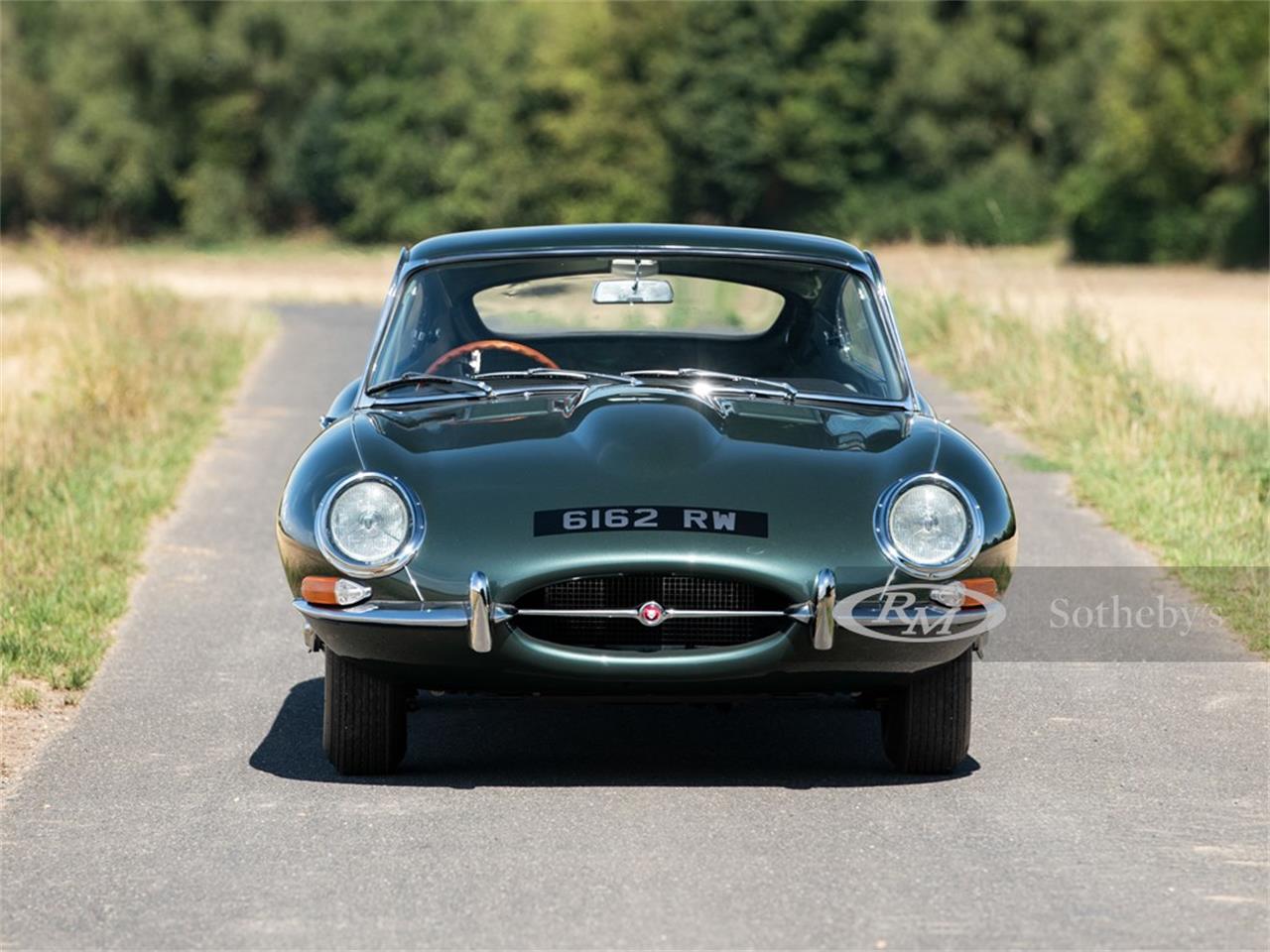 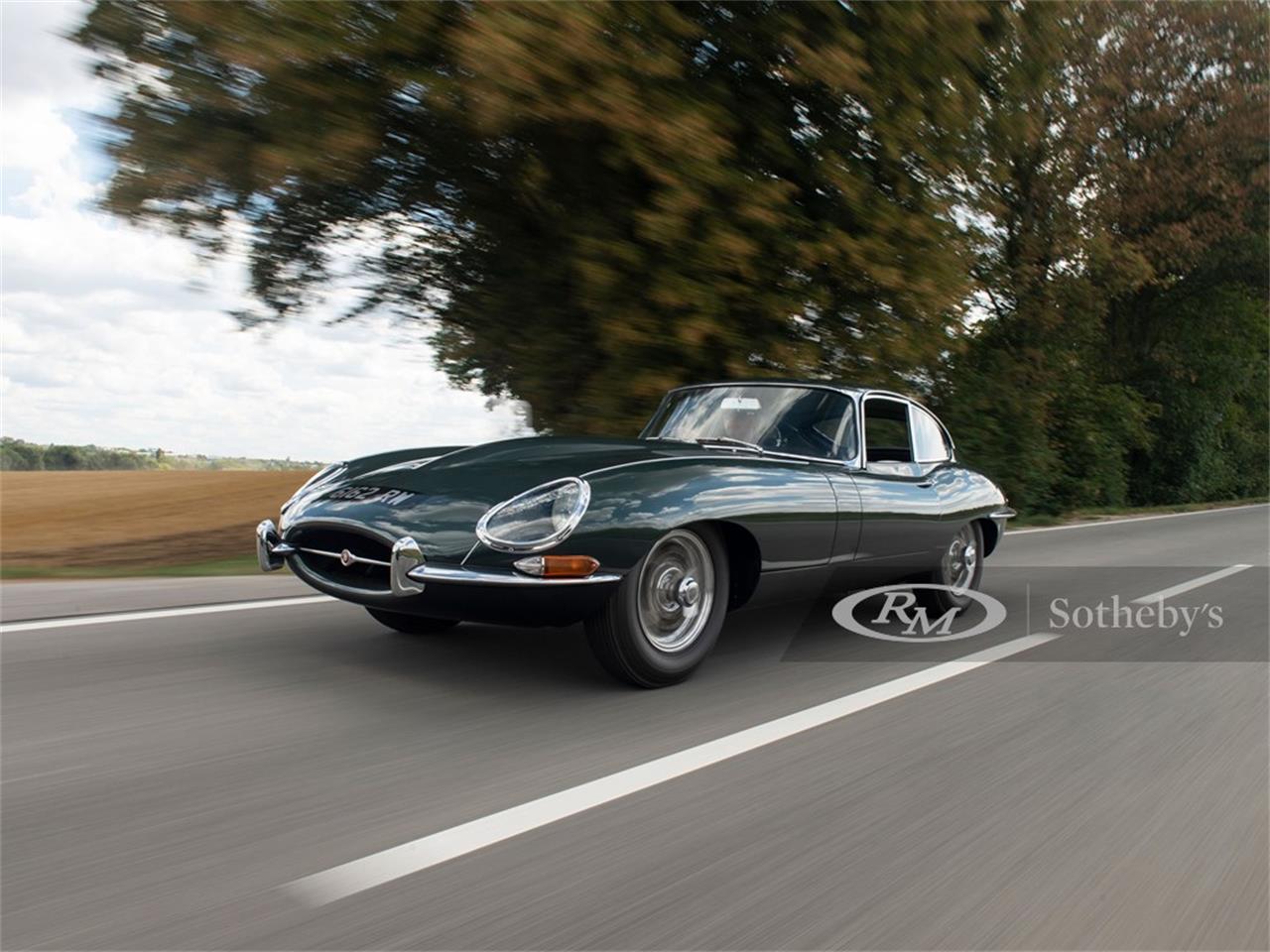 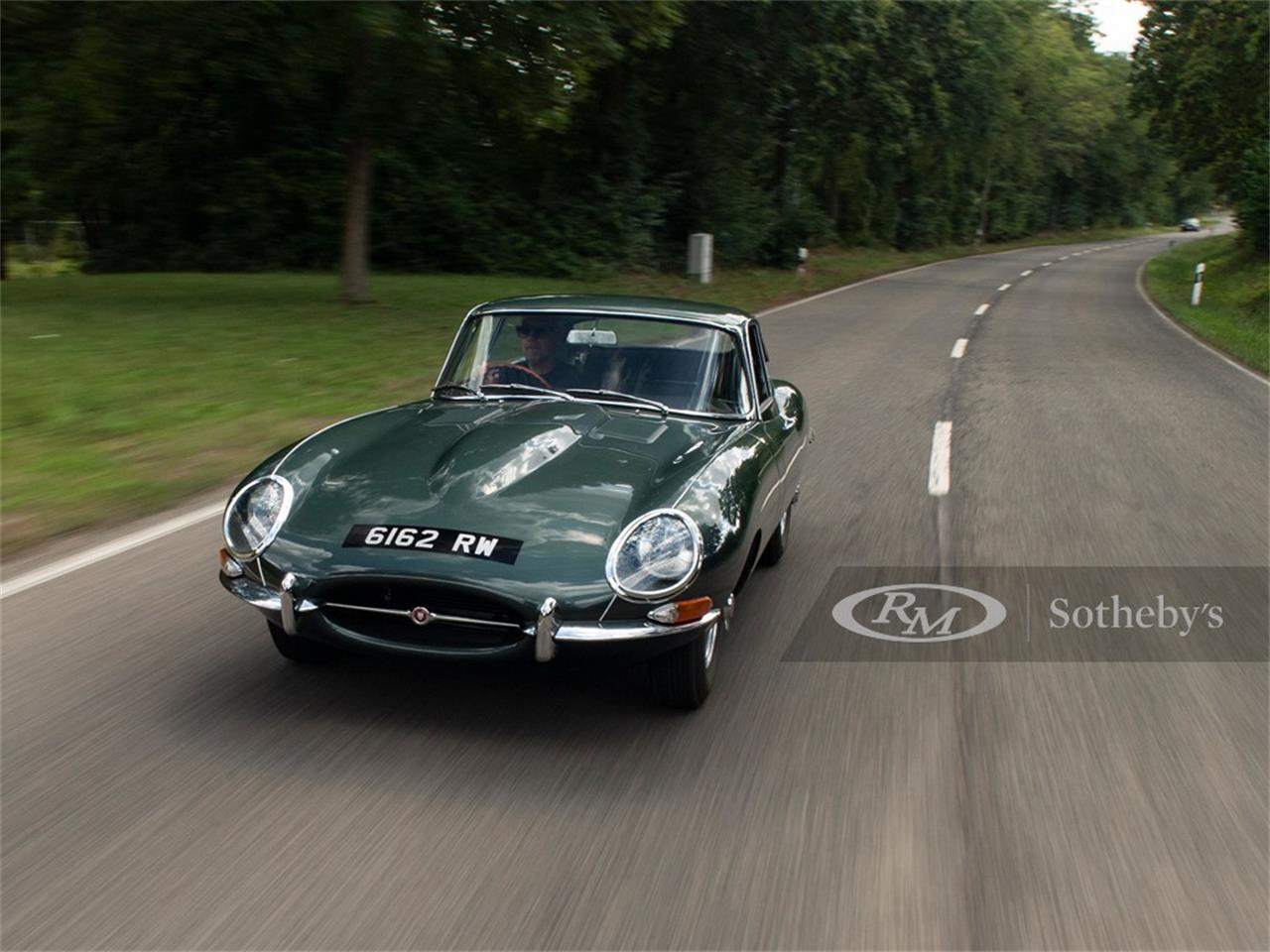 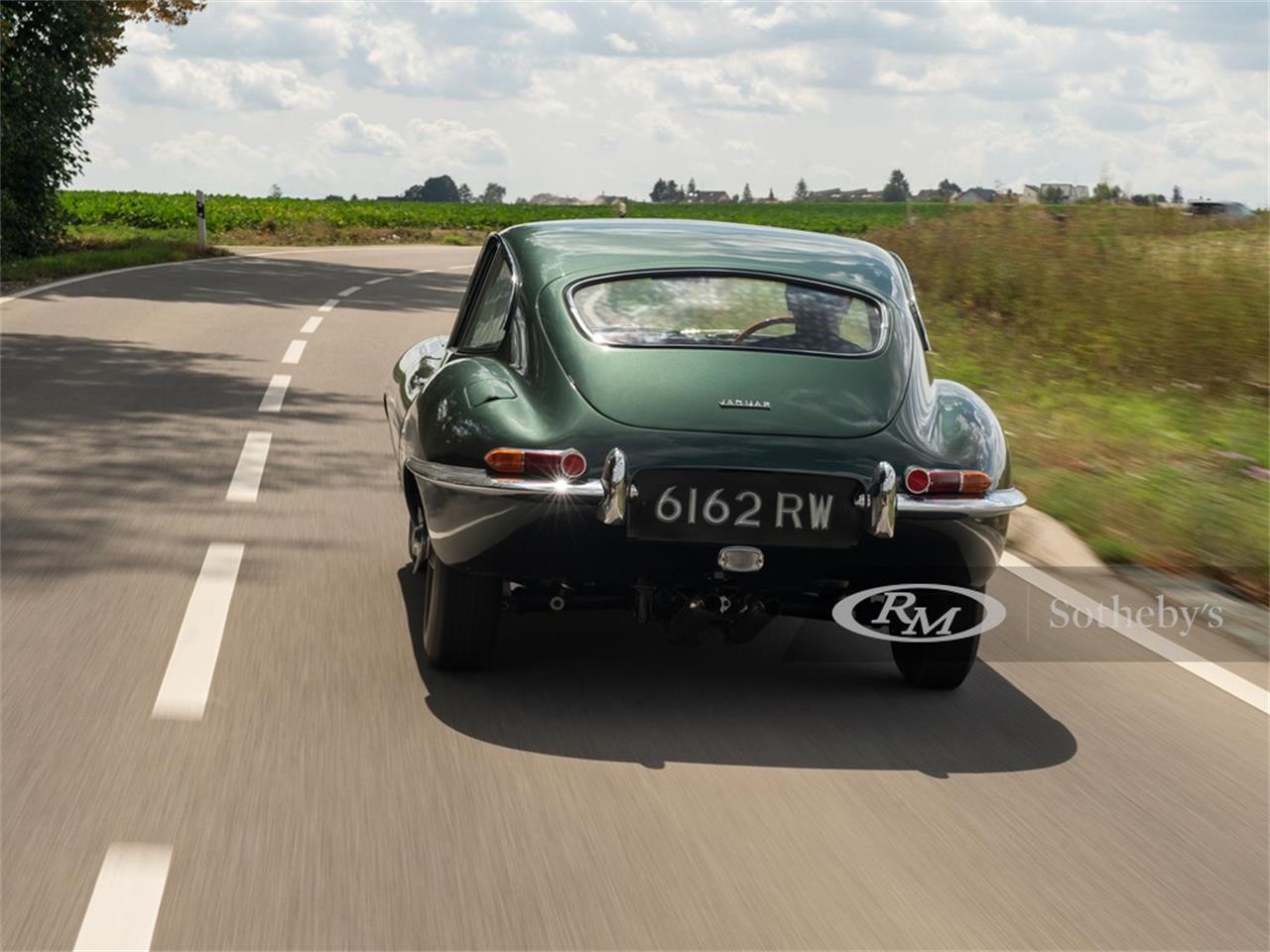 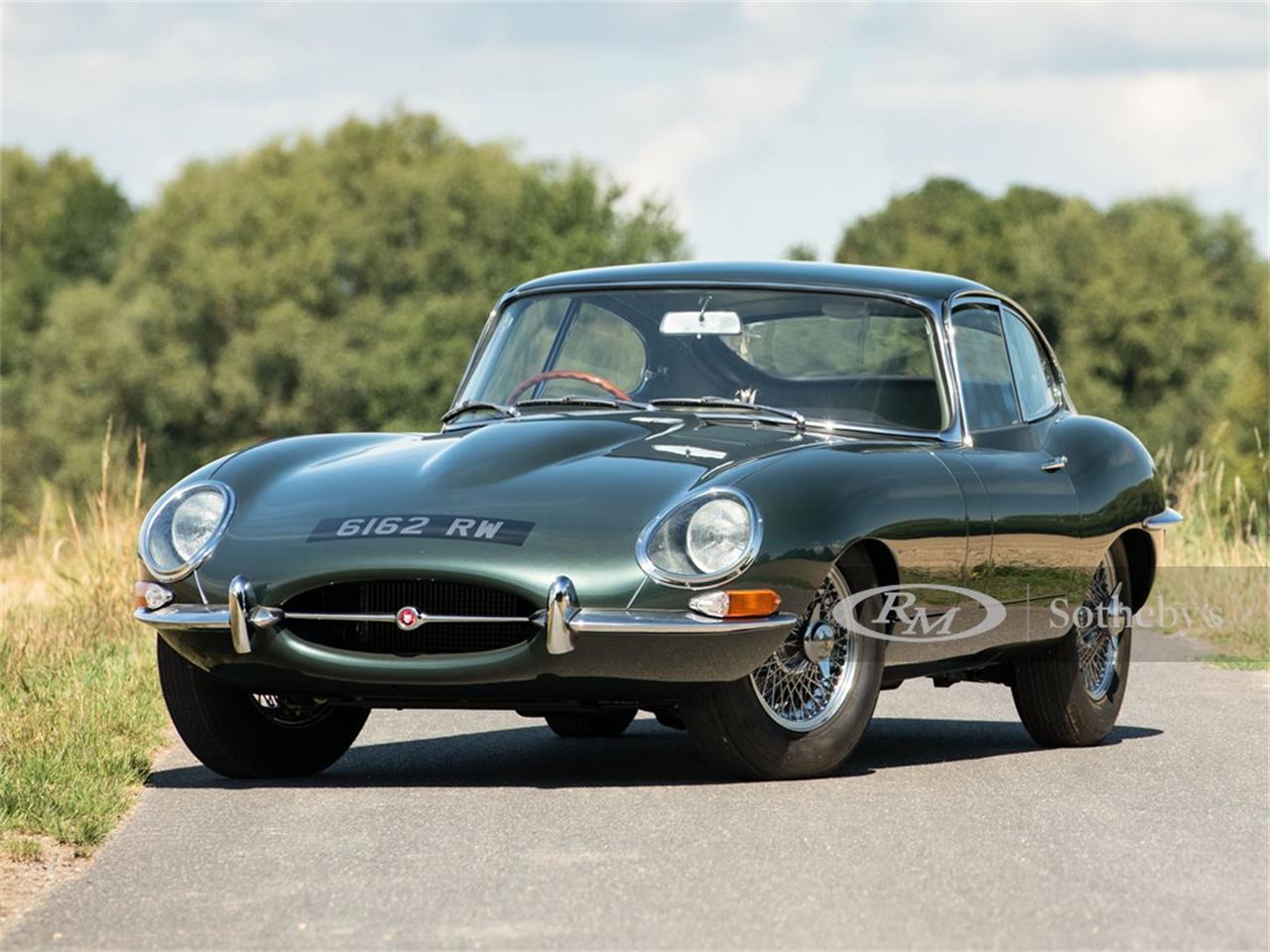 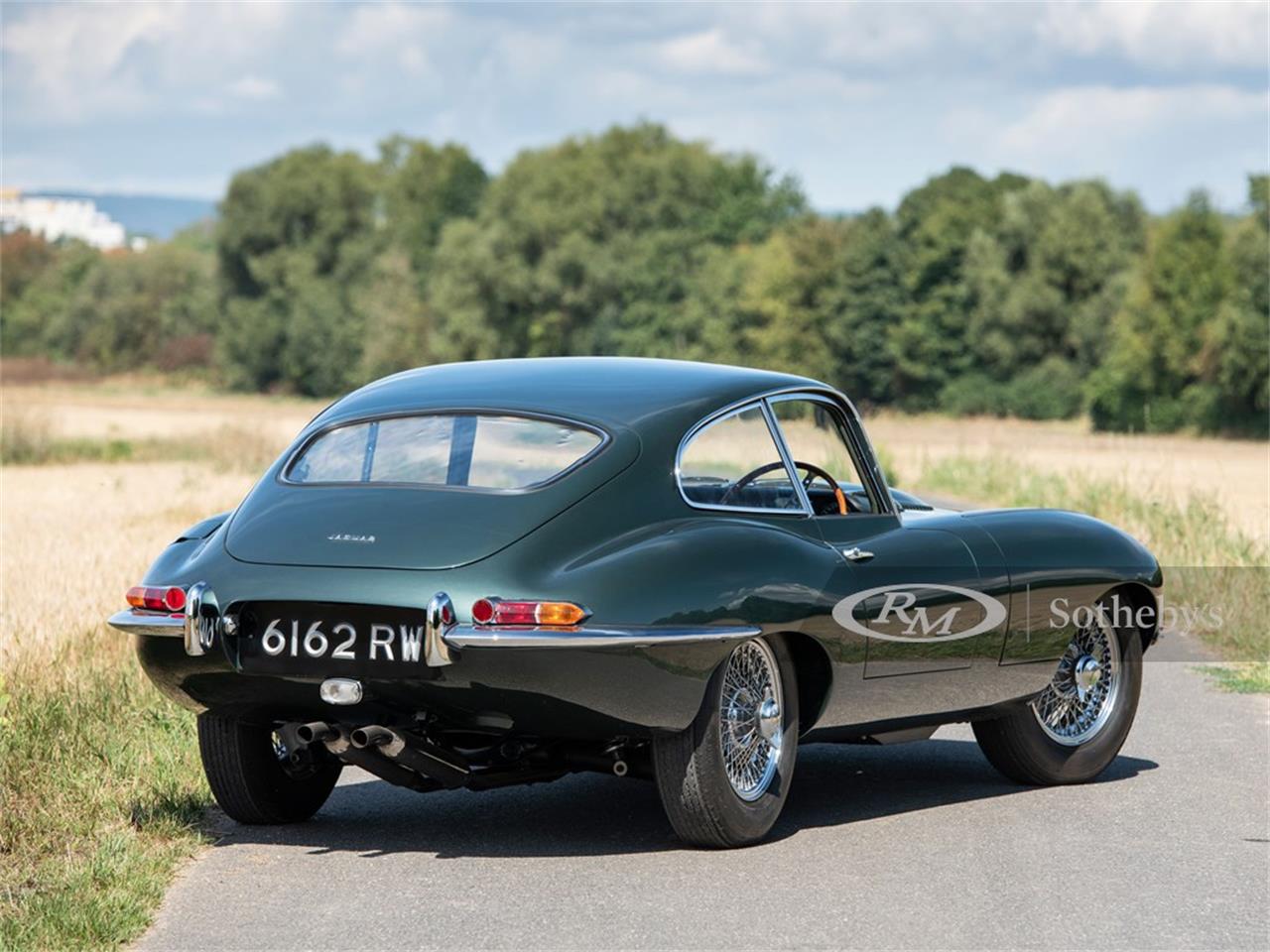 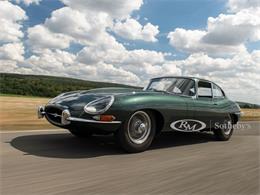 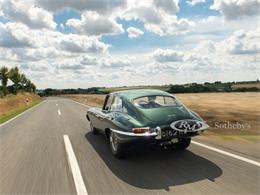 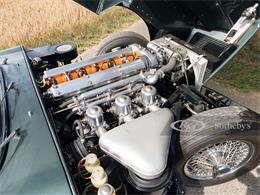 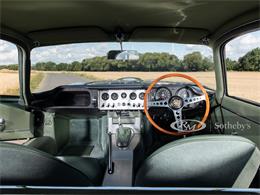 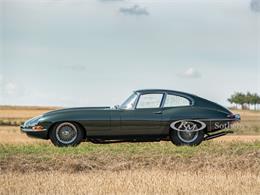 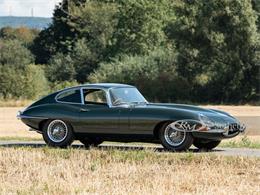 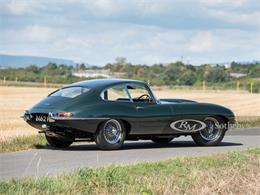 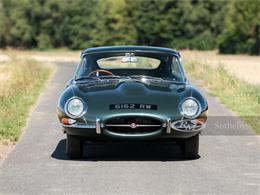 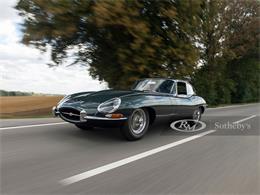 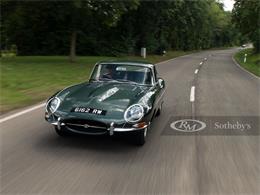 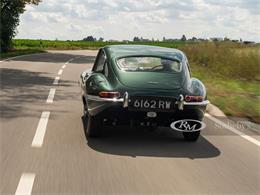 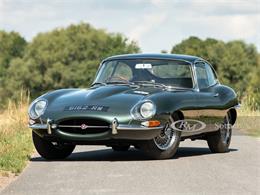 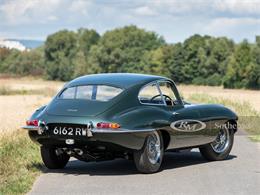 Within the hierarchy of Jaguar's legendary E-Type, early-production Series 1 models are amongst the most desirable as they represent the model at its purest form. Standing above these are the competition cars or cars used by Jaguar for testing and development. Known by its original Coventry registration number, 6162 RW, this Jaguar E-Type is one such early development model and boasts a wonderful early history.

Produced by Jaguar on September 27, 1961, chassis number 860010 was finished in Opalescent Dark Green and in short order was registered 6162 RW. Two other E-Types were seen frequently in test and development use; a Roadster registered 77 RW and a Fixed Head Coupe registered 9600 HP, both of which were driven at-speed to the 1961 Geneva Motor Show for the E-Types premier.

However, while 77 RW and 9600 HP were mostly used for press work, 6162 RW saw use by both the international media and Jaguar themselves for further testing and development of the E-Type. Specifically, 6162 RW was used for high-speed testing by legendary test driver Norman Dewis as well suspension and interior refinement. A variety of modifications were carried out to the car in an effort to further refine the model as mentioned in a road test carried out by the English magazine Motoring News, and many of these modification and interesting features are present on the vehicle today. This includes a lowered floor on the driver's side, but the standard-production 'flat-floor' seen on early E-Types on the passenger side. Further interior modifications include revised ventilation to divert warm air away from the cockpit, a recessed rear bulkhead, seats modified to better fit tall passengers, repositioned pedals, and modified door and boot locks. Mechanical changes included positioning the reversing light between the exhaust pipes, new piston rings to reduce oil consumption, an aluminum oil pan, a modified rear crankshaft bearing seal, and a gear ratio of 3.07:1. 6162 RW is also one of the first E-Types to be fitted with an internal bonnet release.

In use with the international media, 6162 RW was driven by a variety of journalists for numerous publications. The most famous of these would be Italy's Quattroroute and Germany's Auto Motor und Sport in their February 1963 and October 1962 issues respectively driven by the renowned Belgian racing driver and journalist Paul Frere. He was enlisted to drive the car at Monza and was apparently very impressed by the car's handling at high speeds. Frere piloted 6162 RW to a top speed of 256 km/h on the Autostrada between Rome and Ostia. Confirming that this incredible performance was no fluke, the English magazine Motoring News managed to hit a top speed of 160 mph with 6162 RW as chronicled in their October 18, 1962 issue, considerably more than other production E-types which suggested that Jaguar may have given the engine some special preparation. According to information found within the archives of the Jaguar Daimler Heritage Trust, 6162 RW was also used as a press car during the 1962 Tour de France by journalist Andrew Whyte, and a handful of photographs exist of him using the car in the snow across the Pyrenees.

In November of 1963, 6162 RW finally left Jaguar's custodianship and was sold to Coombs of Guildford, a company which often dealt in the ex-demonstration and press Jaguars. Shortly thereafter, the car was sold onto Bruce Buckley of Hampshire, who retained ownership for 11 years. In 1975, the E-Type was purchased from Buckley by Michael Fulks of Essex. By 1981, a request sent to Jaguar for information on the car shows that the 6261 RW was still in Essex, owned by Roger Cook of Hornchurch. Jaguar was able to confirm then that this car retains its original engine, which of course is fitted to the car today.

Approximately twelve years ago, 6162 RW was entrusted to the Jaguar specialists a JD Classics to be fully restored over the course of four years. No expense was spared in fully restoring the car to its original glory, with careful emphasis being placed on retaining the car's differences from its regular production brethren. After the completion of its restoration, 6162 RW was shown at the 2012 Unique Special Ones concours in Florence, where it won its class. The next year, the car was used in a driving tour prior to the Villa d'Este Concorso d'Eleganza. In its native England, the car was shown at Salon Prive in 2018.

Since then, 6162 RW has not been shown and remains in excellent condition throughout, having been stored amongst other exceptional automobiles in a world-class collection. With 2021 marking the 60th anniversary of the E-Type, 6162 RW would surely be welcome at any number of concours events worldwide, due to its significance and incredible history. Arguably one of the most significant E-Types in existence, its importance simply cannot be understated. 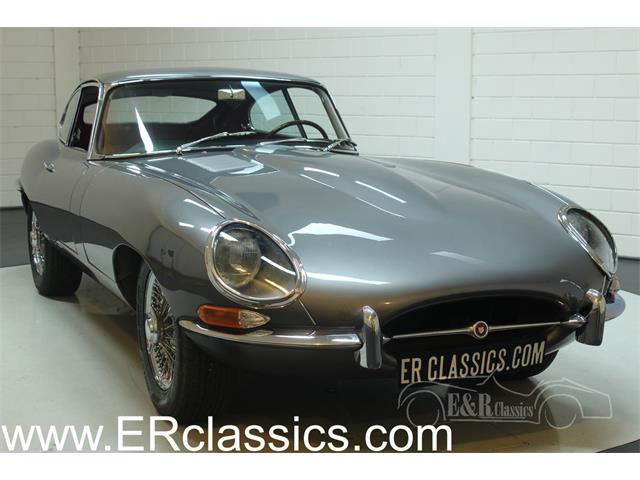 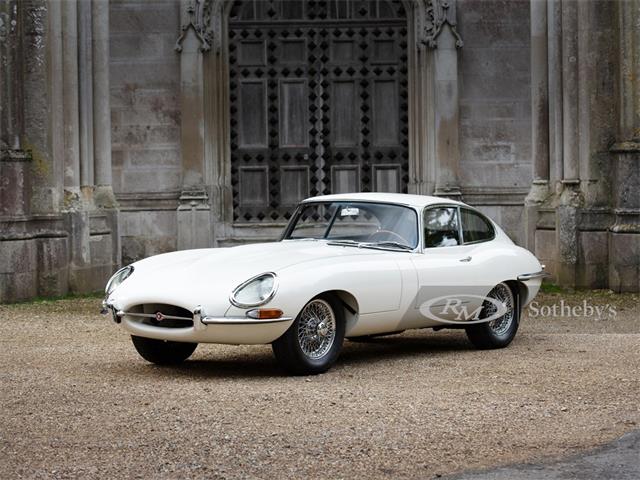