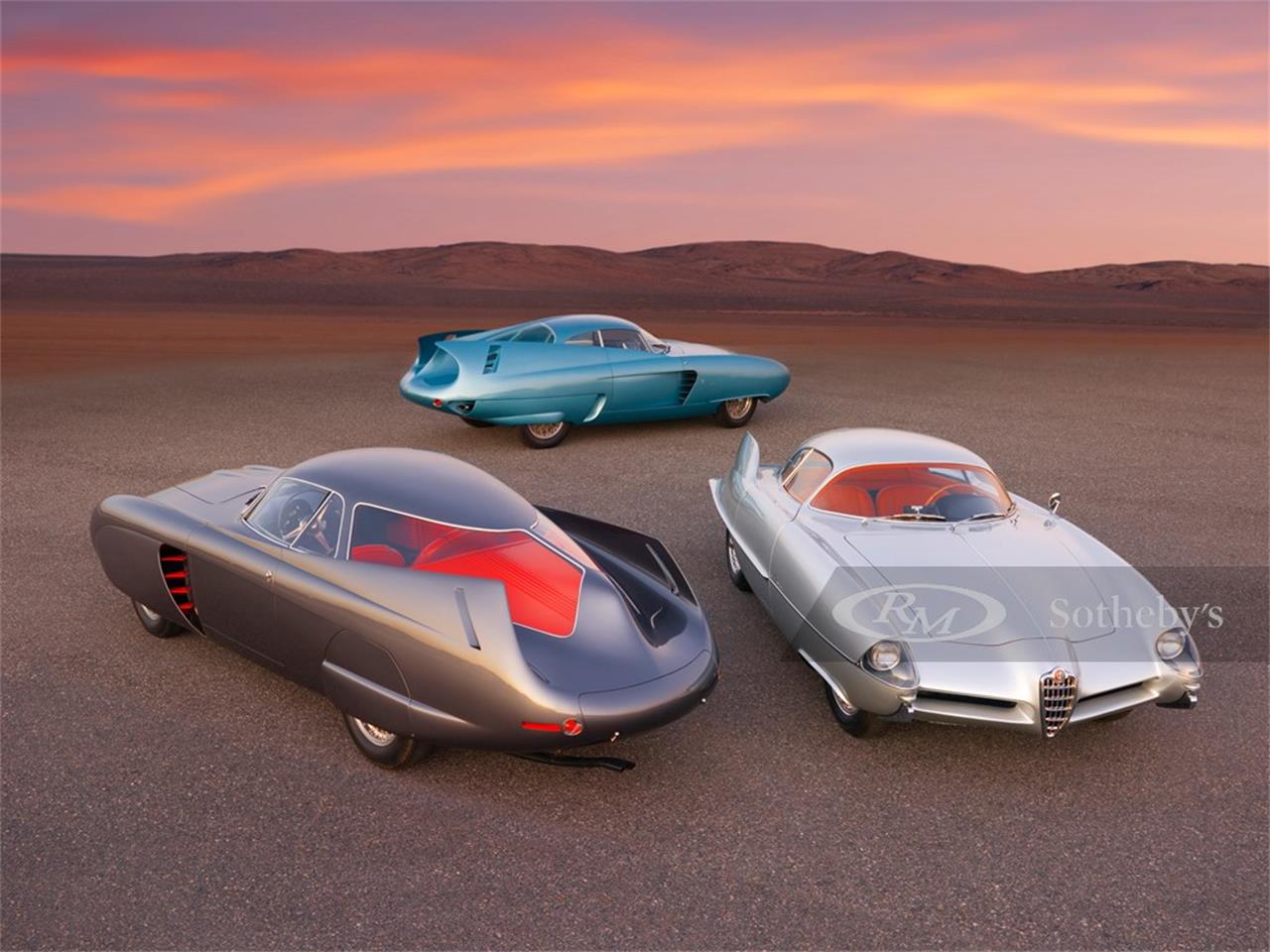 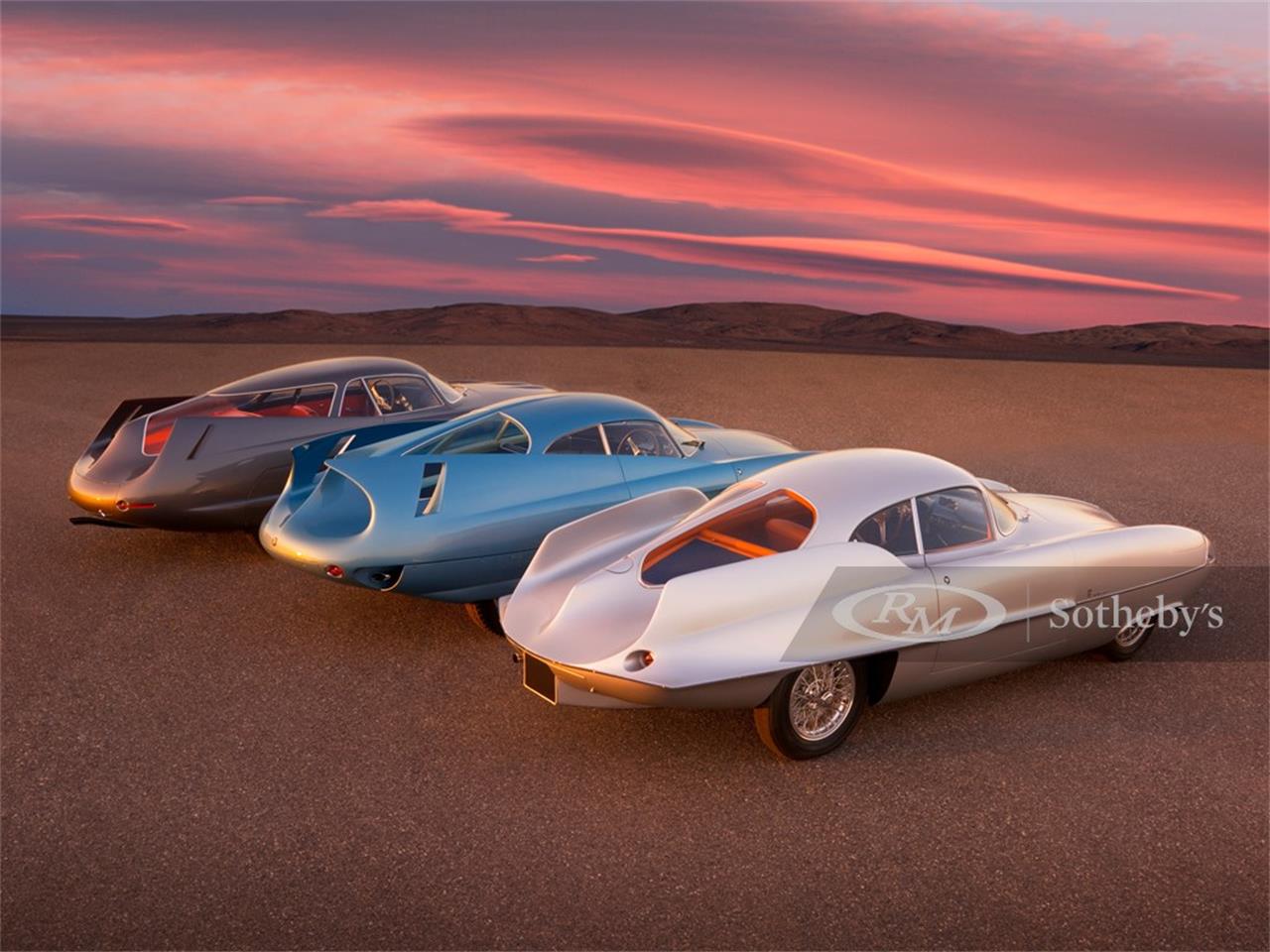 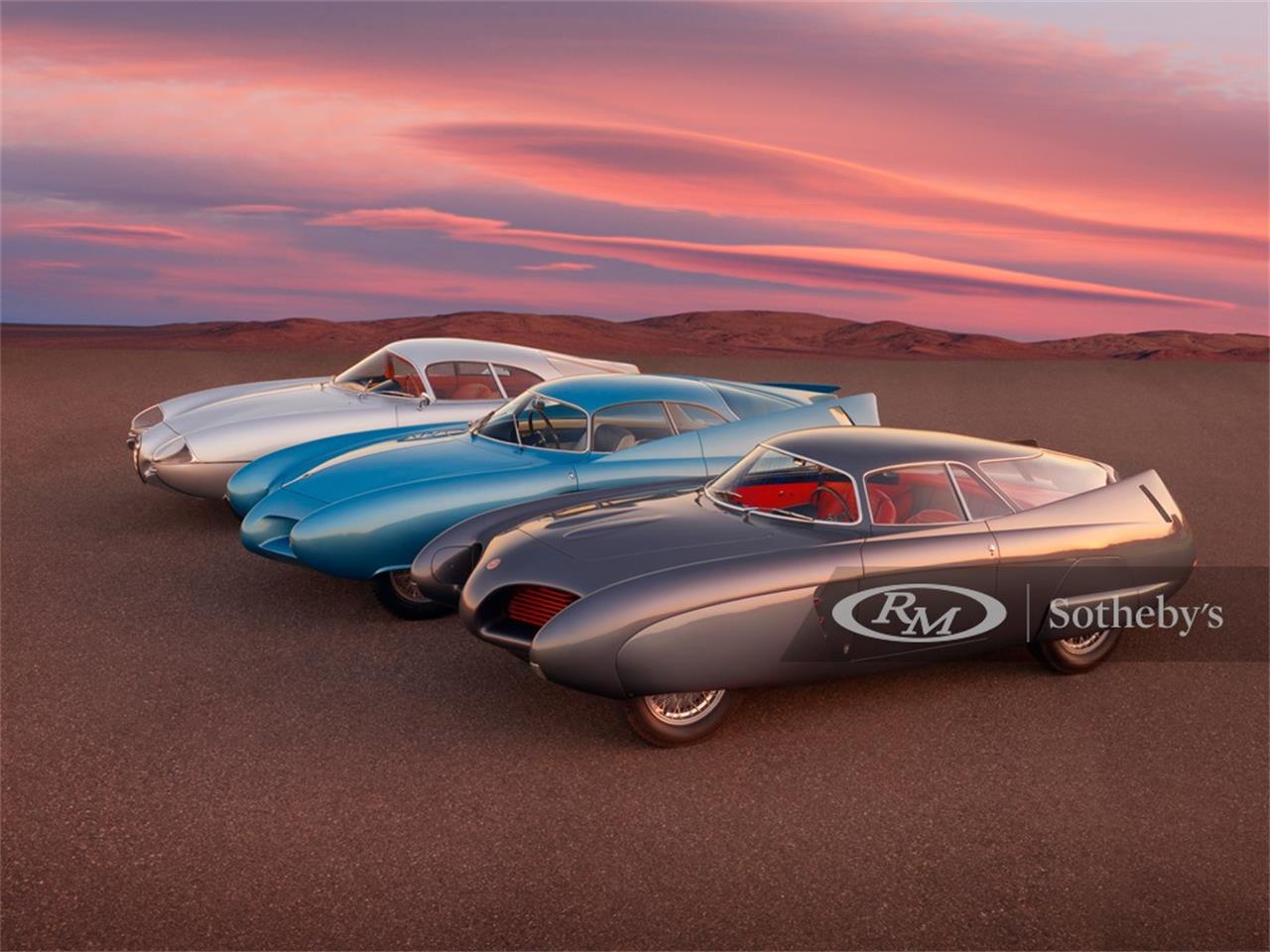 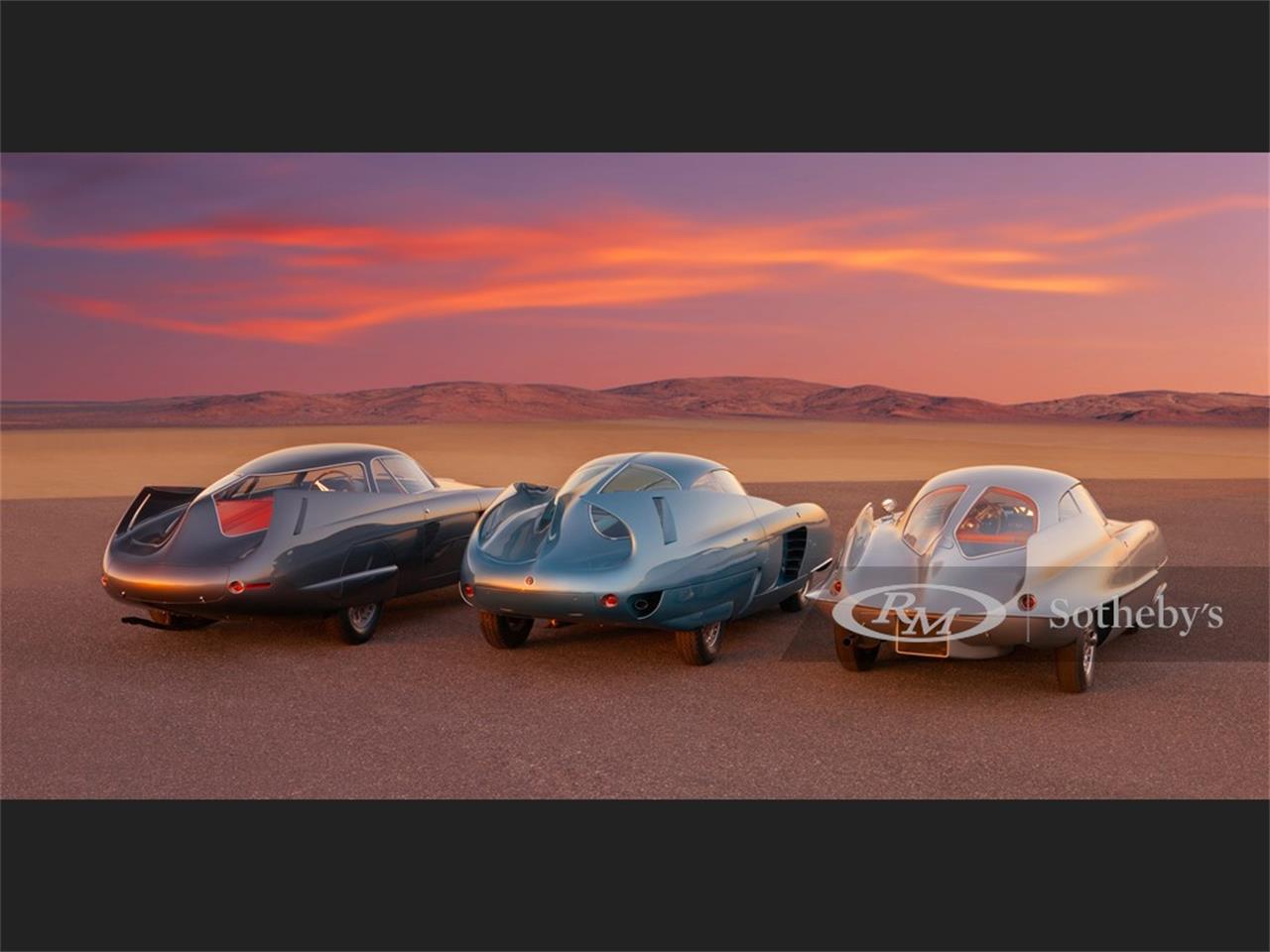 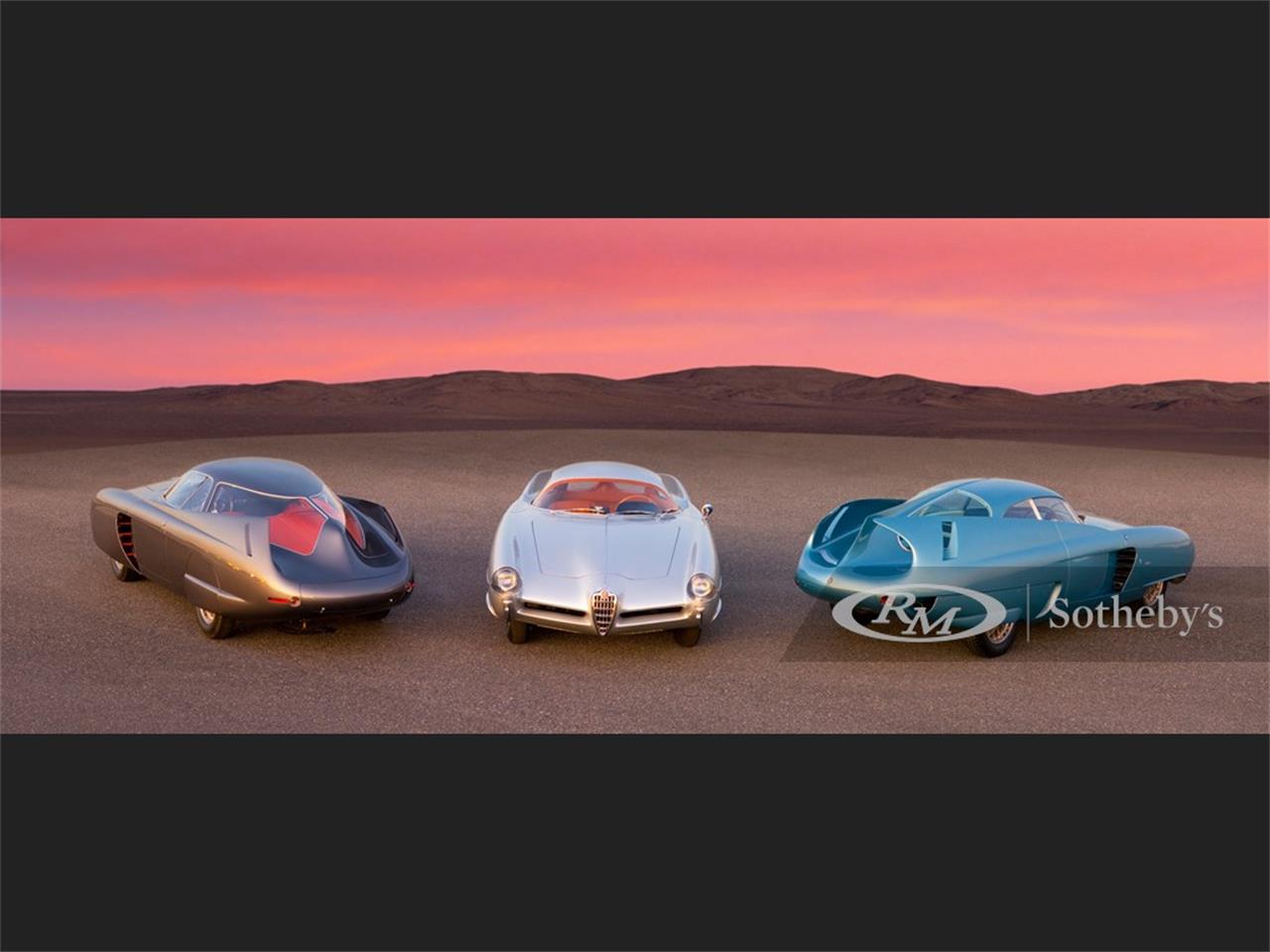 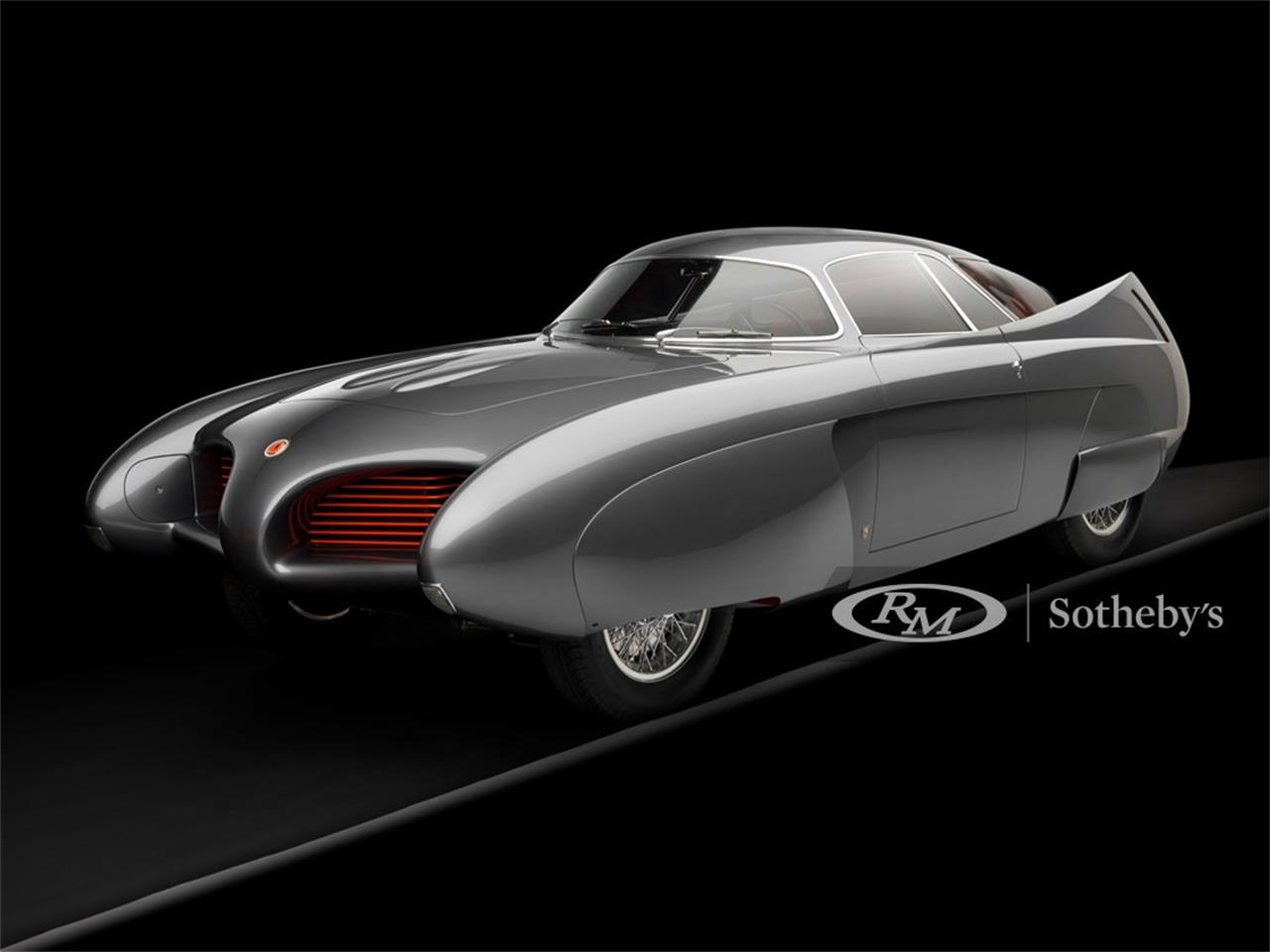 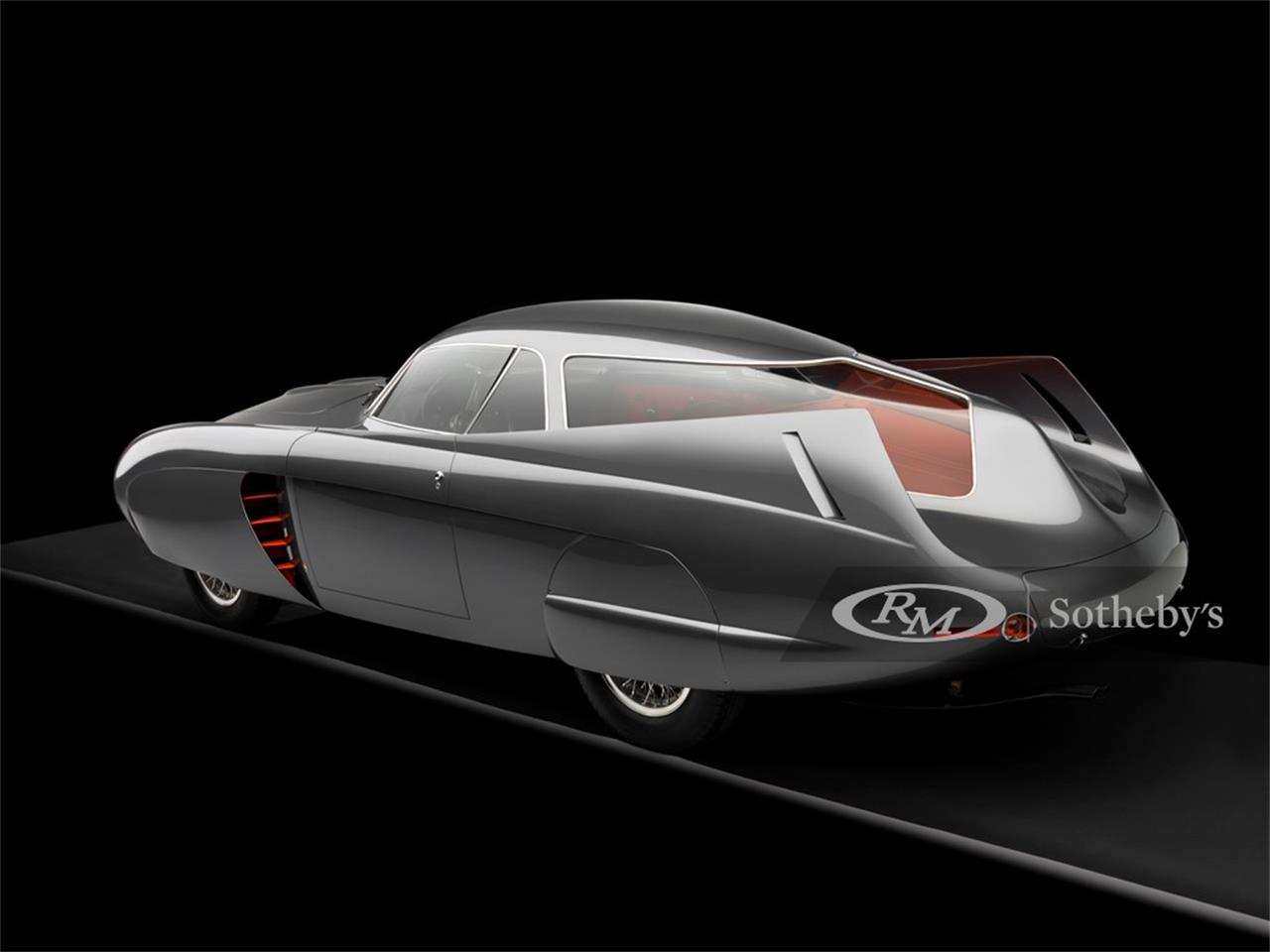 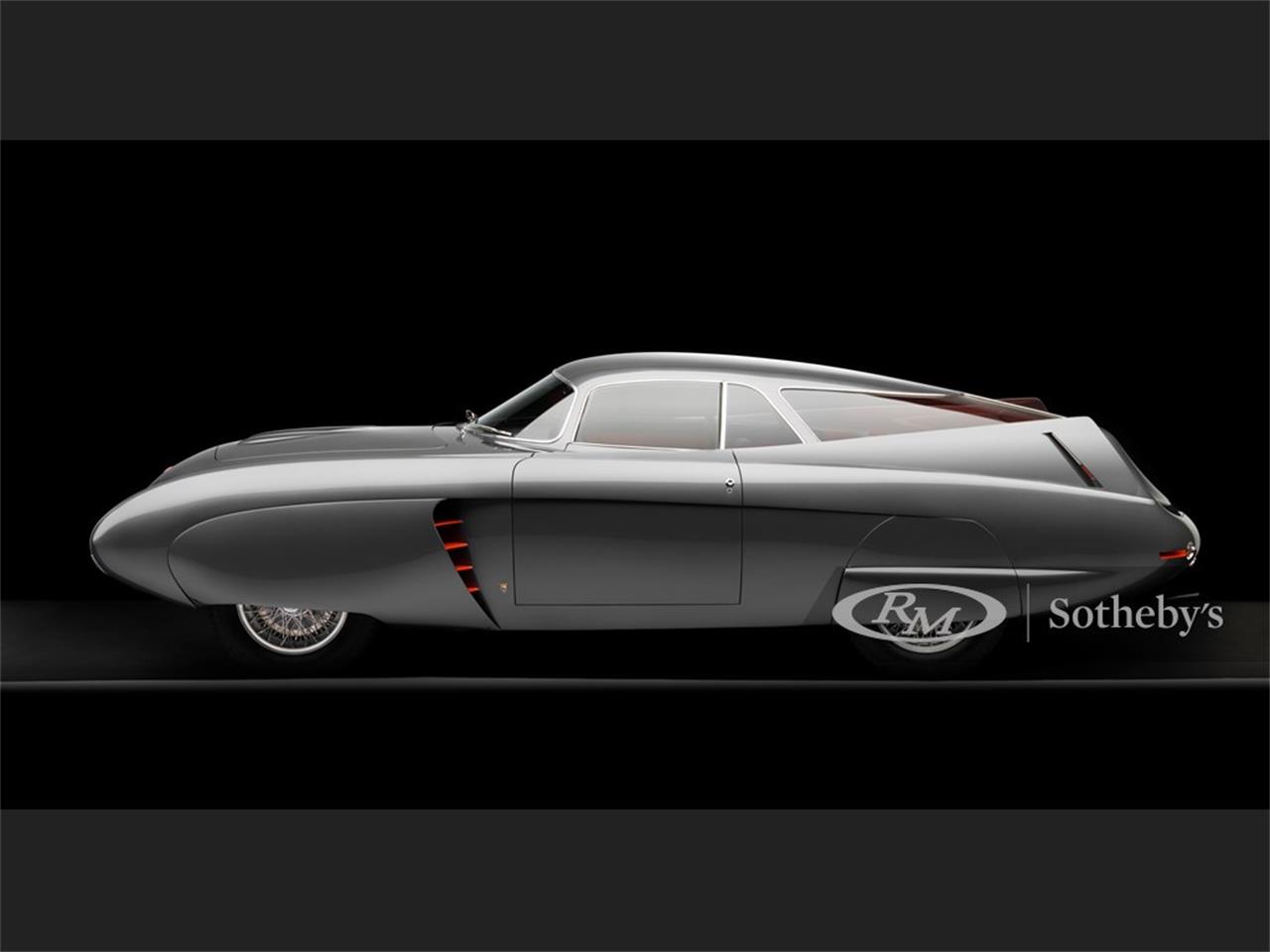 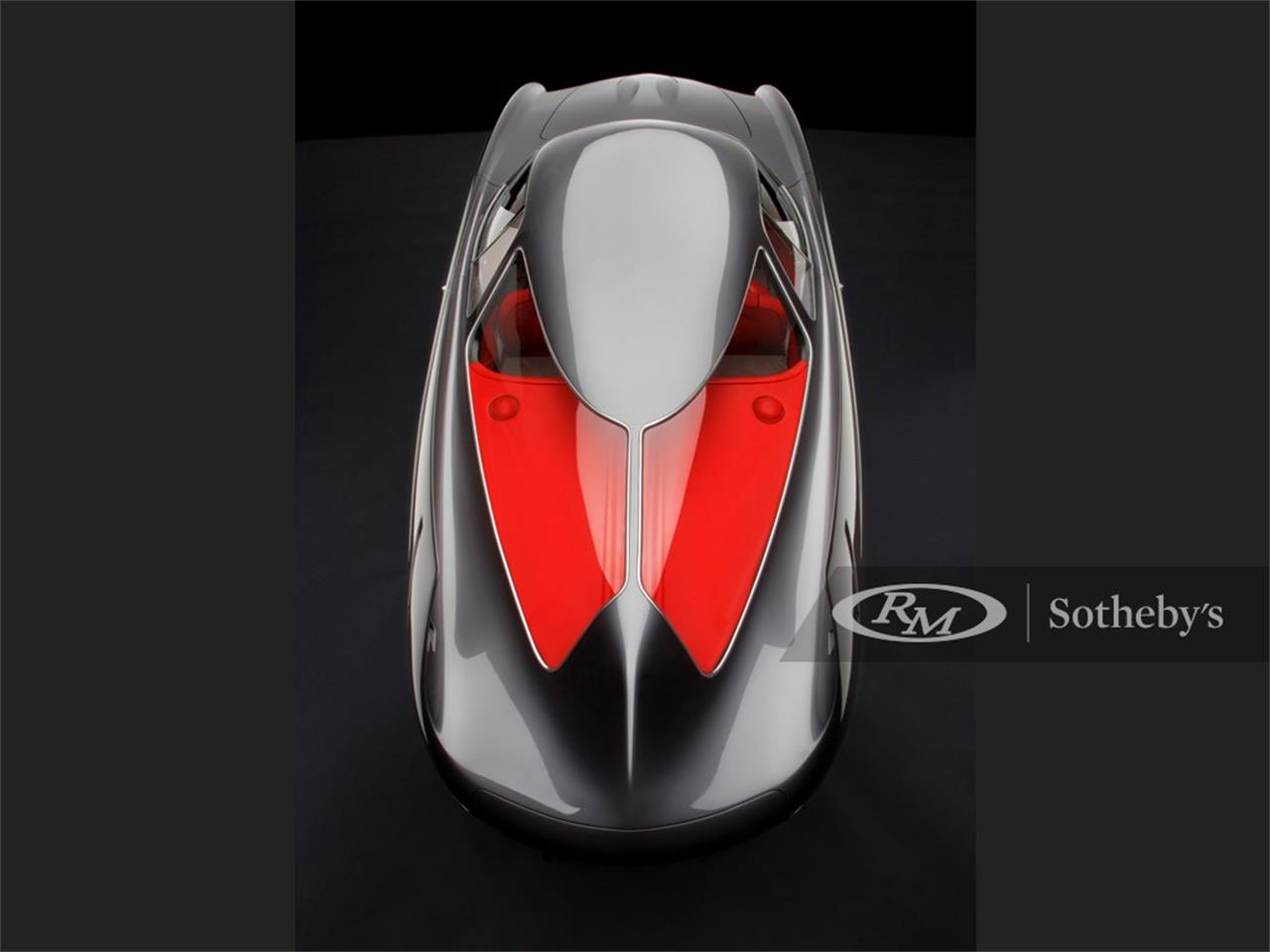 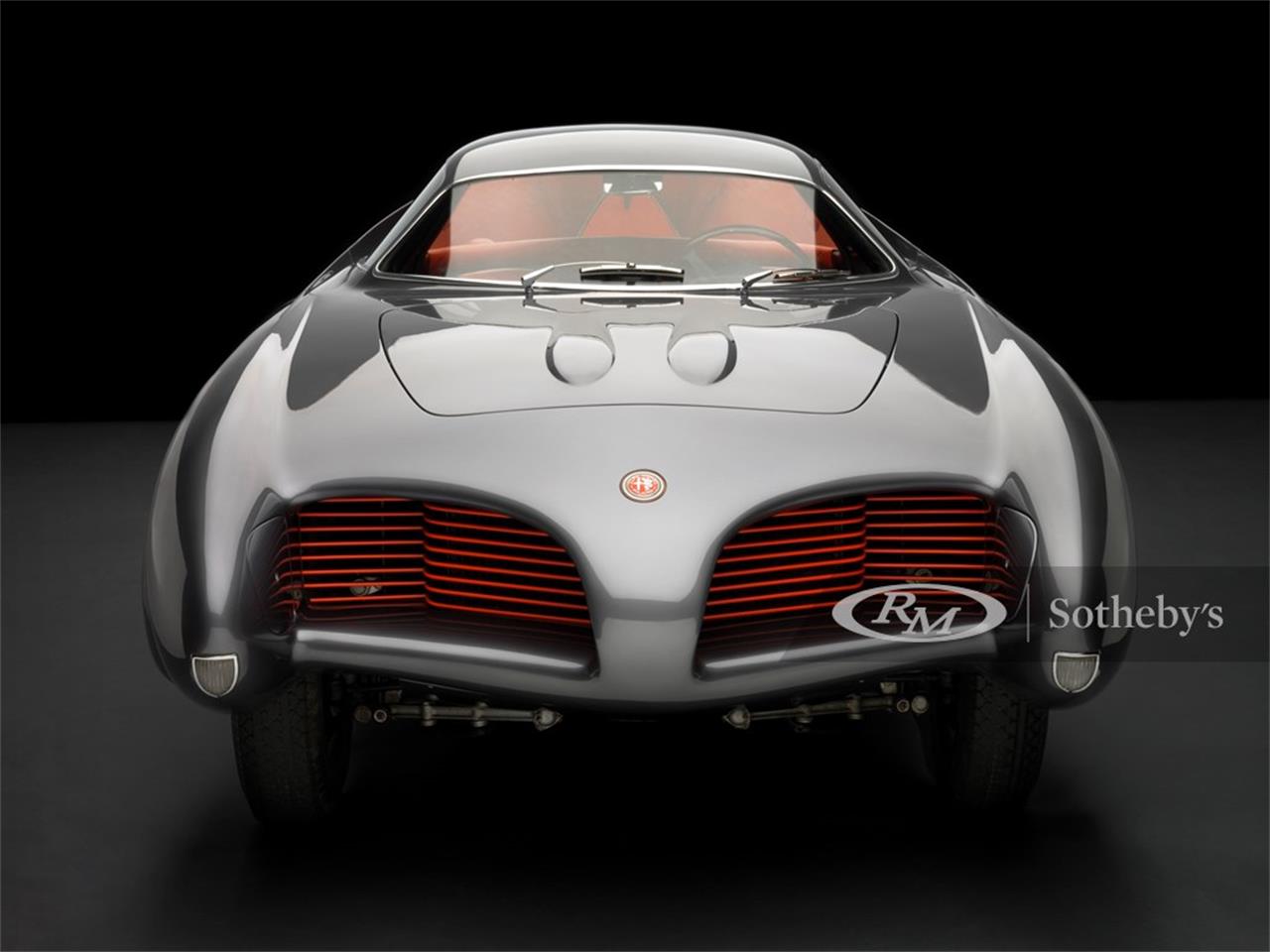 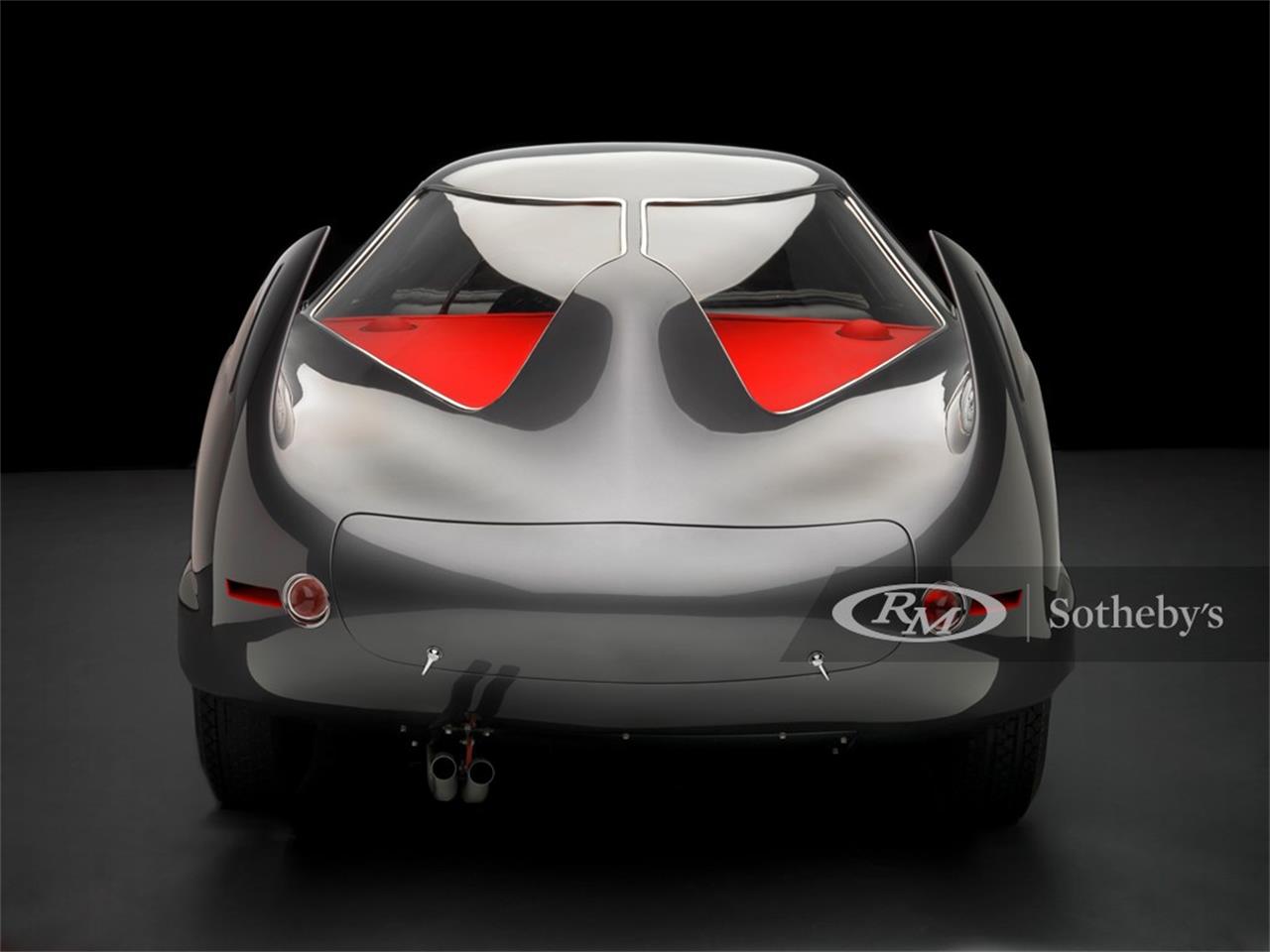 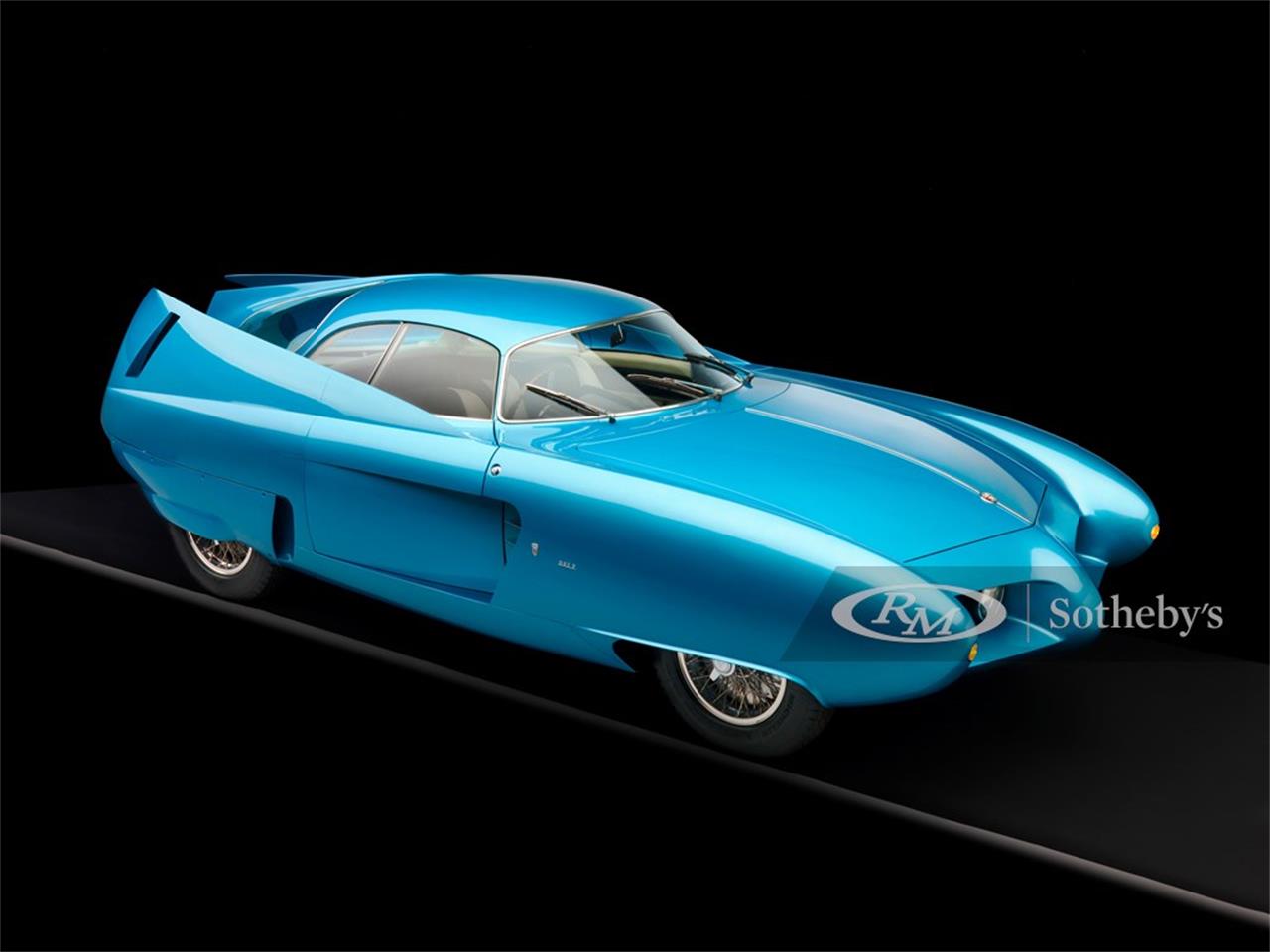 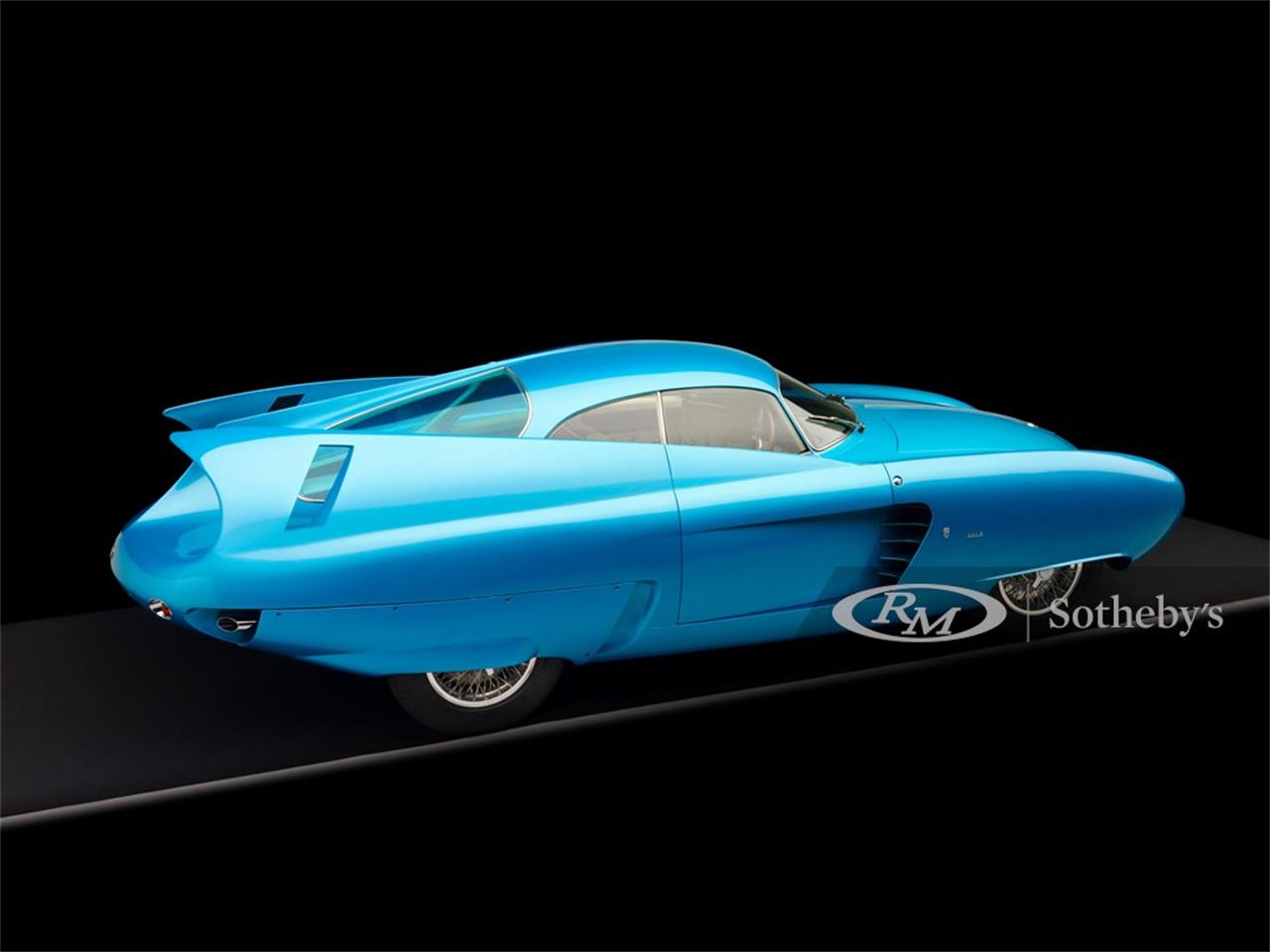 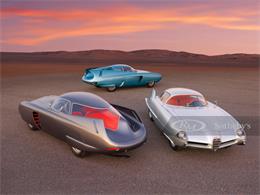 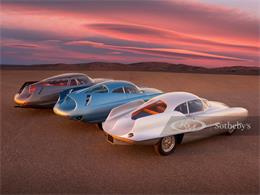 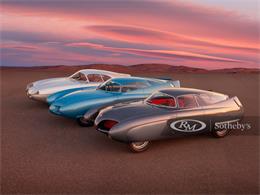 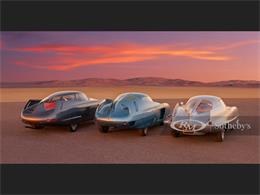 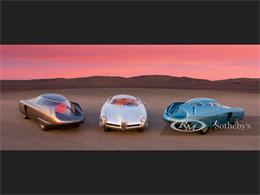 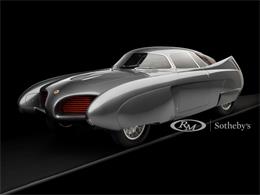 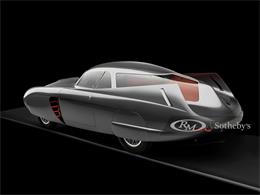 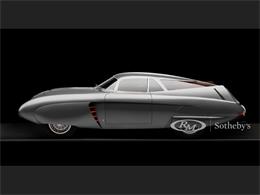 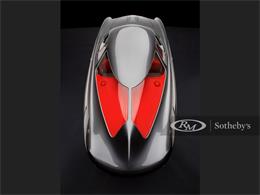 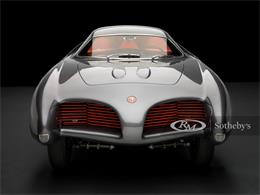 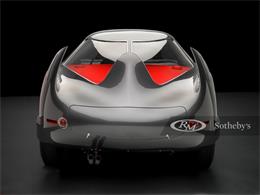 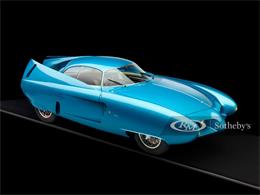 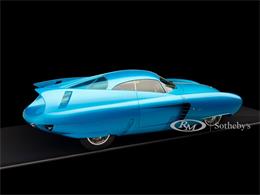 Unconstrained by the limitations of budget and the realities of manufacturing, concept cars afford talented designers the opportunity to explore their wildest and most progressive ideas. At their best, these dazzling, artistic creations invite us to totally reimagine what the automobile can be.

As in the world of fashion, however, car design evolves quickly; it is unusual to find a concept that remains relevant after its allotted time in the spotlight comes to an end, let alone one that is still compelling over six decades after its debut. Rarer still is the concept that transcends its role as a design exercise to embody the sculptural potential of the automotive form. And when it comes to a trilogy of concepts that effortlessly achieves both feats, there is but one spectacular example: The Alfa Romeo Berlina Aerodinamica Tecnica series by Franco Scaglione.

Whether considered the ultimate three-movement concerto of automobile design or the only true automotive triptych ever produced, few will contest the greatness of the B.A.T. 5, 7, and 9d concepts. Hand-built by the storied Carrozzeria Bertone of Turin, Italy and introduced in 1953, 1954, and 1955, respectively, these cars were pioneering in their use of aerodynamics. With flamboyant aesthetics that simultaneously minimized drag for optimal performance, the B.A.T. cars were immediately and enthusiastically embraced by press and public alike.

Individually, each of the B.A.T.s is, without exaggeration, among the most important automotive concepts ever built. Presented collectively, their significance deepens: Uniquely in the automotive world, the B.A.T.s are best understood as variations on a singular theme, a complete work in three parts. Like a Francis Bacon triptych, examining one car in the context of the other two reveals new aspects of their forms, as well as the captivating details incorporated into the hand-shaped bodywork of each.

Put simply, since the inception of the internal combustion engine, no one vehicle-let alone an interwoven trilogy-has so compellingly explored the concept of the automobile as pure kinetic sculpture as the Alfa Romeo B.A.T. 5, 7, and 9d.


THE VISION OF FRANCO SCAGLIONE

The greatest cars in the world, and indeed, the ones that completely re-write the course of automotive history, are the products of brilliant creative minds-engineers who rethink what is possible in terms of performance, captains of industry who envision a new paradigm of transport, and more often than not, designers whose sketches and clay models are years ahead of their time.

The world's very best car designers are legends of the industry, from Harley Earl to Ian Callum, whose pencil strokes are immediately recognizable in the finished product. Franco Scaglione was one such iconic designer.

Franco Scaglione was born on 26 September 1916 in Florence, Italy, to Vittorio Scaglione, a chief army doctor, and Giovanna Fabbri, captain of the Italian Red Cross service. Franco would ultimately follow in his parents' footsteps and join the military ranks at the outbreak of World War II. At War's end, in early 1948, Franco travelled to Bologna in pursuit of work, with his mind set on becoming a car stylist in Italy's rebuilding auto industry.

Initially he spent his time sketching clothing for various fashion houses. Though the work turned out to be lucrative, it did not fulfil his passion for working in automotive design. Looking toward the major coachbuilding firms, he relocated to Torino in 1951 where he reached out to Battista "Pinin" Farina, though a collaboration never materialized. Shortly thereafter, however, Franco met the great Giuseppe "Nuccio" Bertone, and a partnership was born.

At the dawn of the 1950s, Nuccio Bertone's carrozzeria, the design house and coachbuilder responsible for penning and constructing hand-made car bodies, was struggling in the face of postwar recovery. One-off commissions for wealthy clients, once the lifeblood of the coachbuilding trade, represented a decreasingly viable business strategy. Meanwhile, the idea of a concept car-an automobile built primarily to push the limits of creativity, rather than to closely preview a future product-was far from widespread.

That began to change when Franco Scaglione entered the picture. The 1951 hiring of a then-largely unknown designer with a background in aeronautics soon resulted in the some of the firm's most celebrated works, catapulting both Scaglione and Bertone to enduring fame.

Following the success of the Scaglione-designed and Bertone-built Abarth 1500 Biposto in 1952, Alfa Romeo expressed interest in exploring a technical proposal into aerodynamics. Bertone chose the modern 1900 platform as a testbed for this research, and Scaglione relished the opportunity to combine his interests in science and mathematics with his aesthetic leanings. He later wrote of the vehicle's guiding manifesto in a 1954 article in Auto Italiana, arguing that aerodynamic considerations accounted for as much as 85 percent of a car's efficiency, and concluding "the entry form must give a smooth penetration."

From this relatively simple principle, Scaglione would derive the three automotive jewels that would make up the revolutionary Berlina Aerodinamica Tecnica series.

With firm ideas about the minimization of drag by shaping laminar airflow and stability with the car's exterior form in mind, Scaglione progressively worked through four full-size models before proceeding to the fifth and final stage, the actual metalwork for the car. When completed, the concept car was appropriately dubbed the Berlina Aerodinamica Tecnica 5, or B.A.T. 5.

Instantly striking to even a casual observer, the B.A.T. 5's protruding pontoon fenders and rounded center nose ducted airflow over the swept hood, whose low profile was accommodated by an engine modified with side-draft carburetors. Frontal air was channeled into dual nose vents with horizontal slots that directly fed the radiator core. Topside airflow was ducted over a slippery teardrop-shaped wraparound-glass cockpit, and over rear shoulders enclosed by leaning tailfins. The fins gently curved together toward the tapered rear, with airflow further stabilized by a central rear spine. Rear wheel skirts were fitted to reduce reverse airflow from the wheel's topside, and large side vents provided exhaust for the front brakes.

Notably, and despite its radical looks, Scaglione designed the B.A.T. 5 and its successors with road-legal drivability (if not comfortable, practical long-distance touring) in mind. Over the years, many have claimed, incorrectly, that Scaglione's dogged pursuit of aerodynamic efficiency meant that the car did away from headlamps. The headlamps are in fact designed to swing away and into the fenders when not required-one of many demonstrations of Scaglione's ability to skillfully incorporate functional engineering solutions into what might have otherwise been a visually indulgent flight of fancy.

In addition to its arresting appearance and jet-age character, Scaglione's coachwork was remarkable fo...for more information please contact the seller.