For Sale at Auction: 1935 Packard Super Eight in Hershey, Pennsylvania 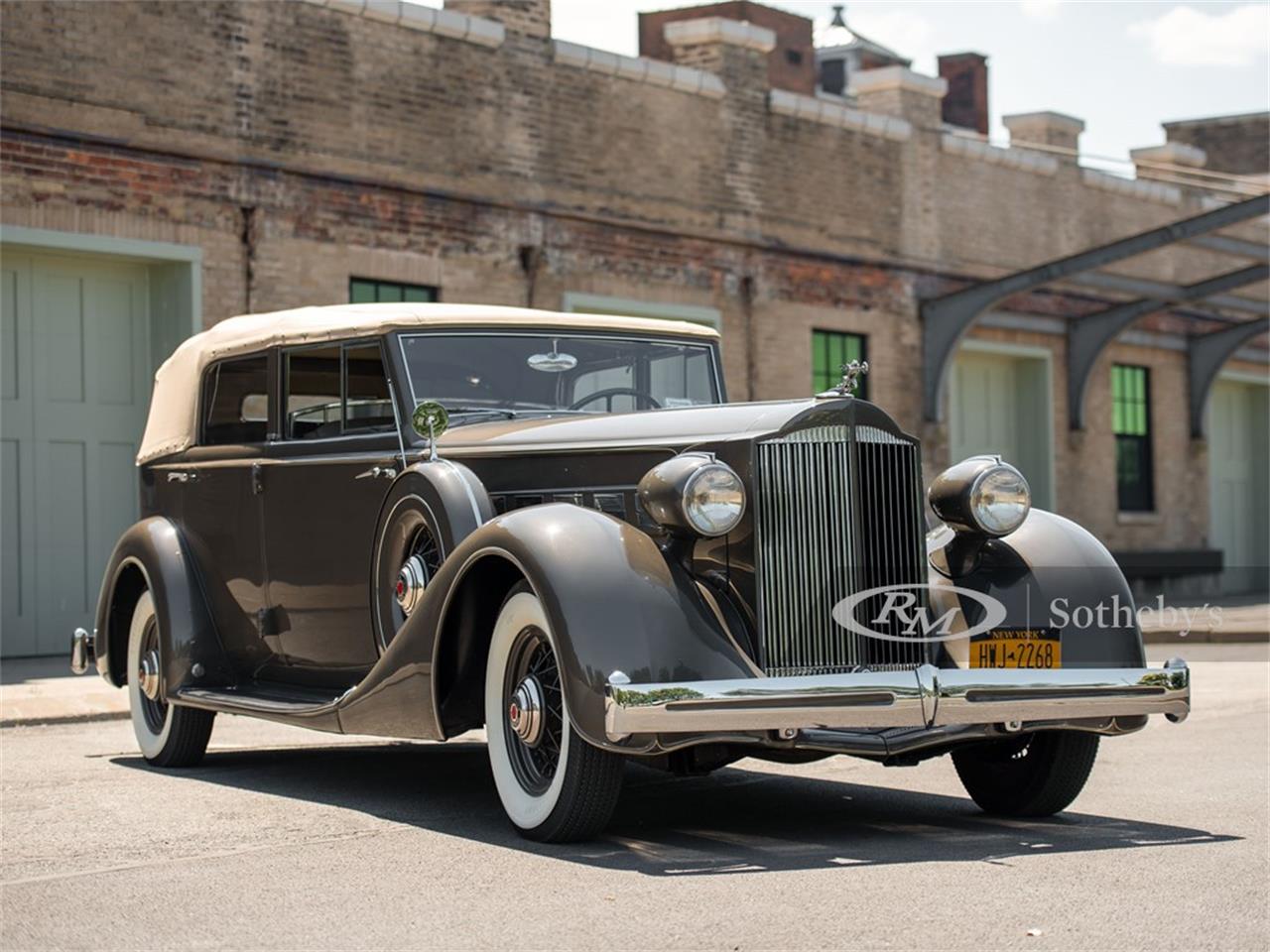 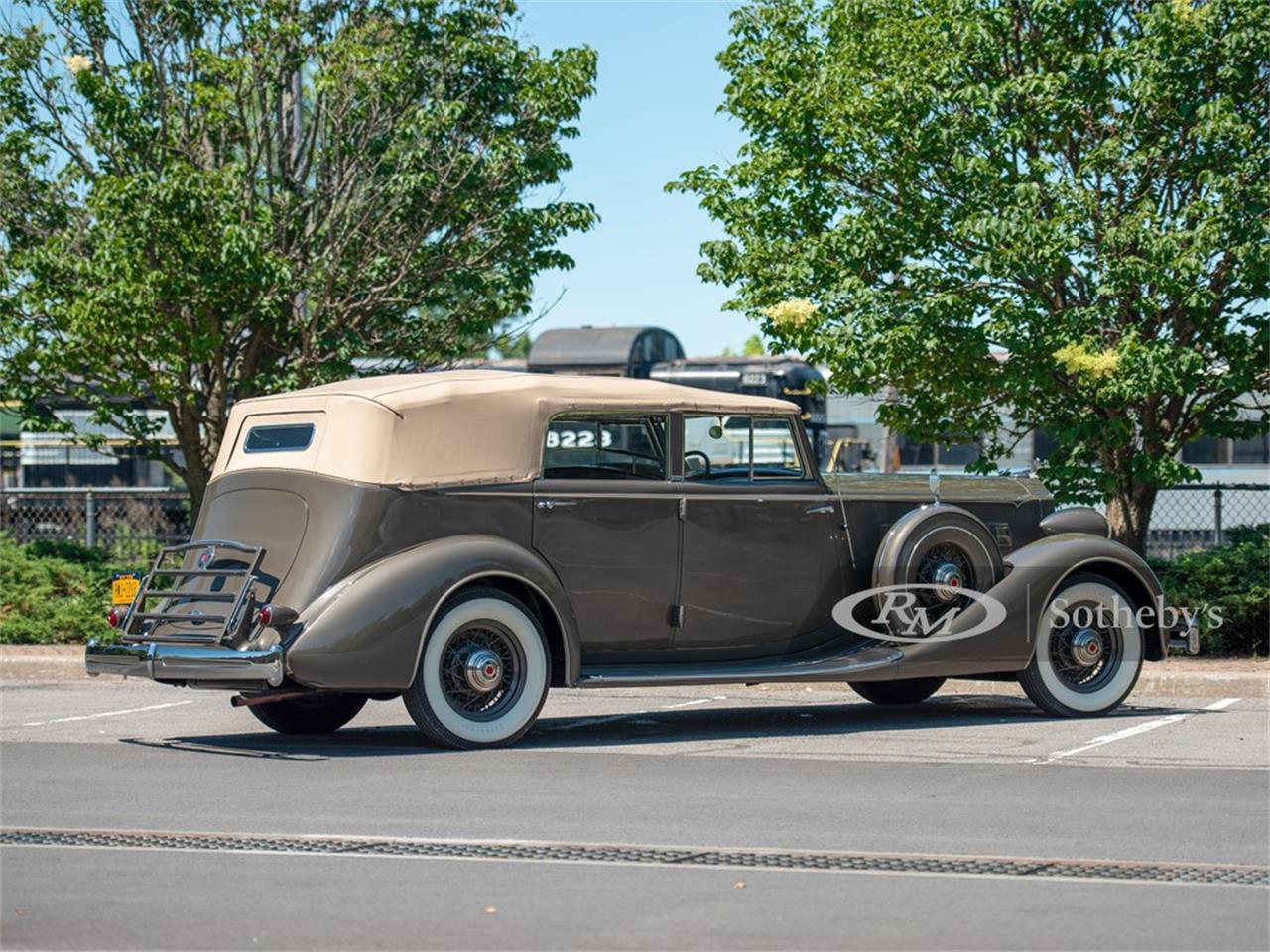 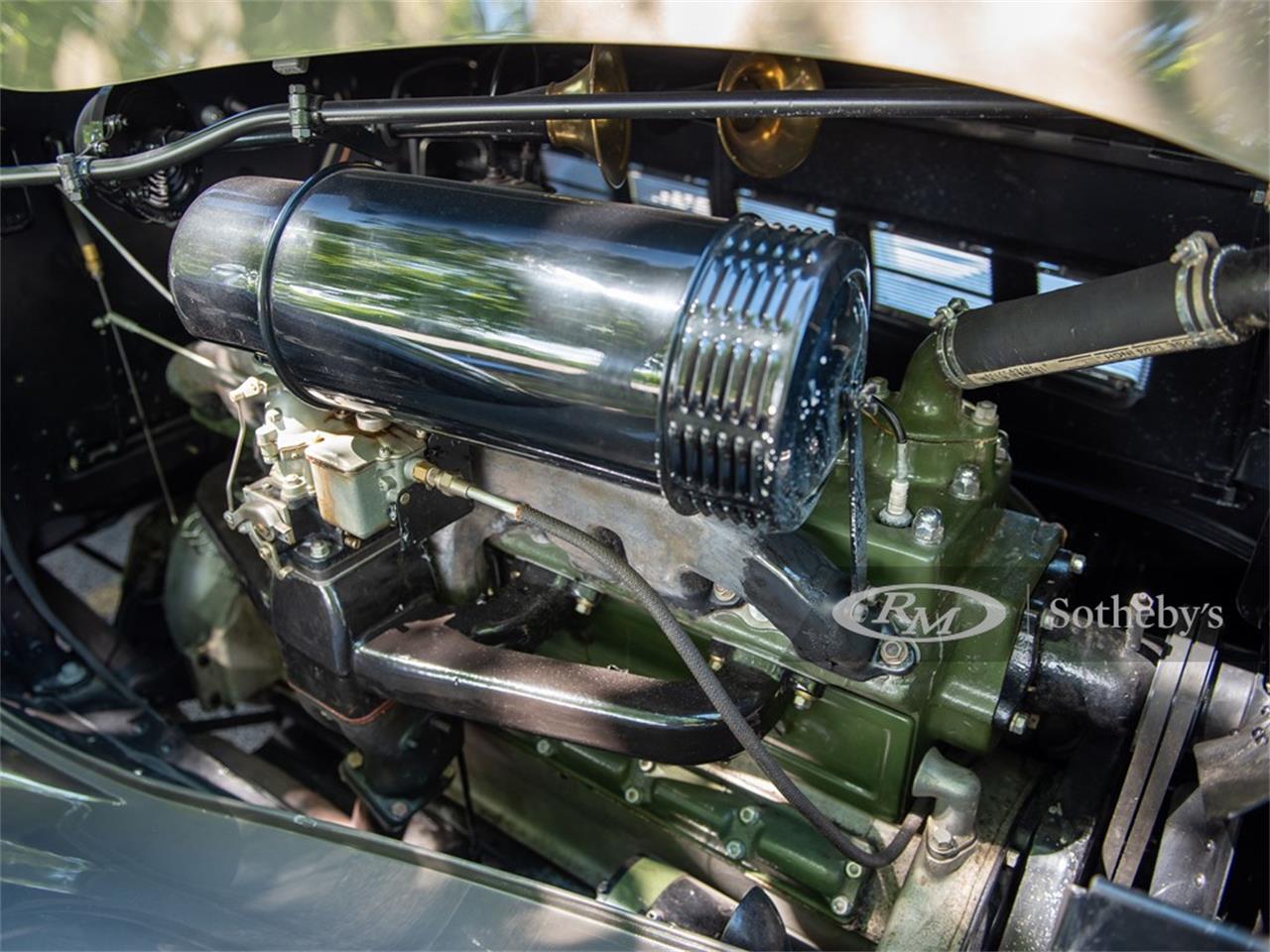 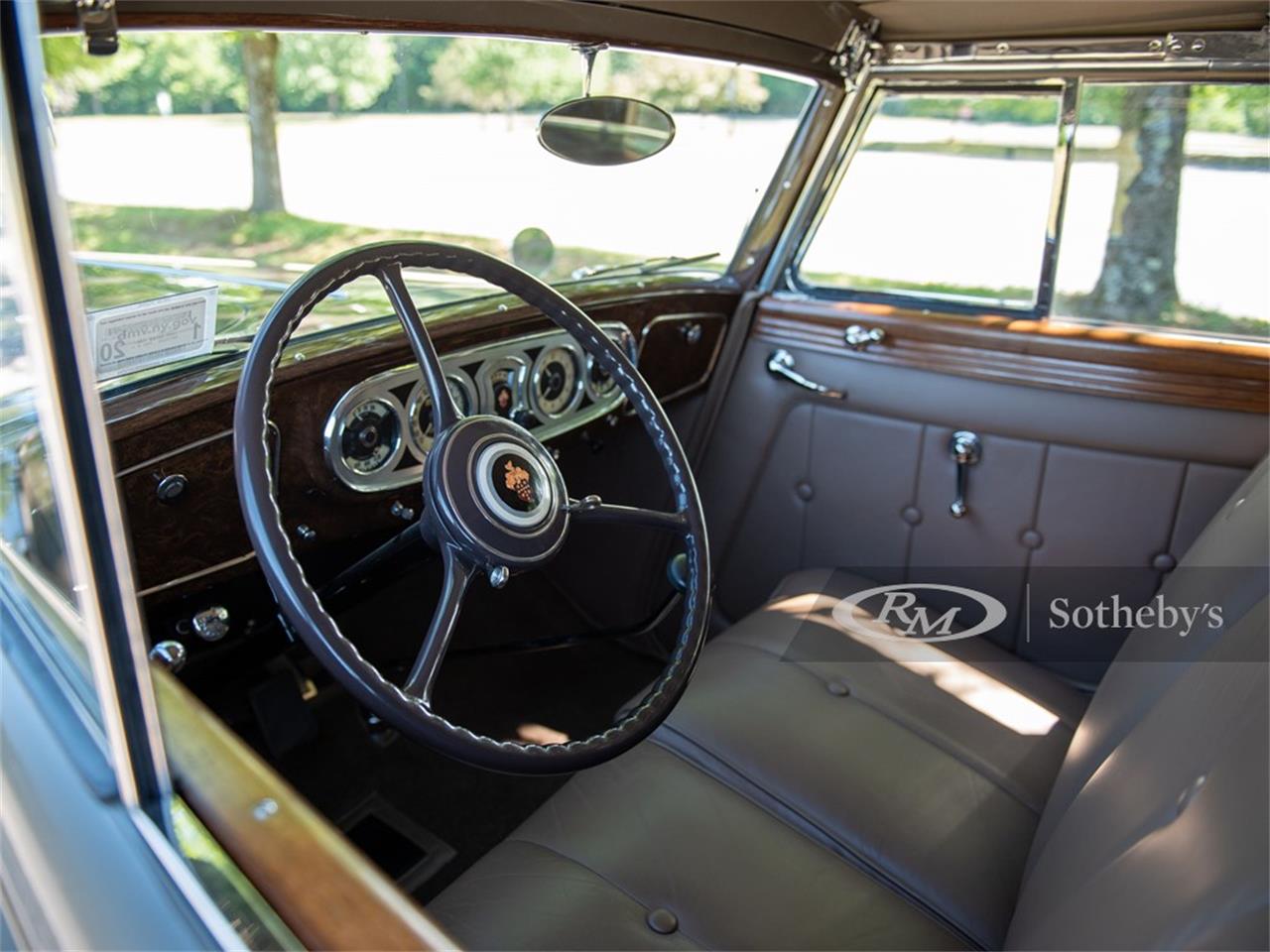 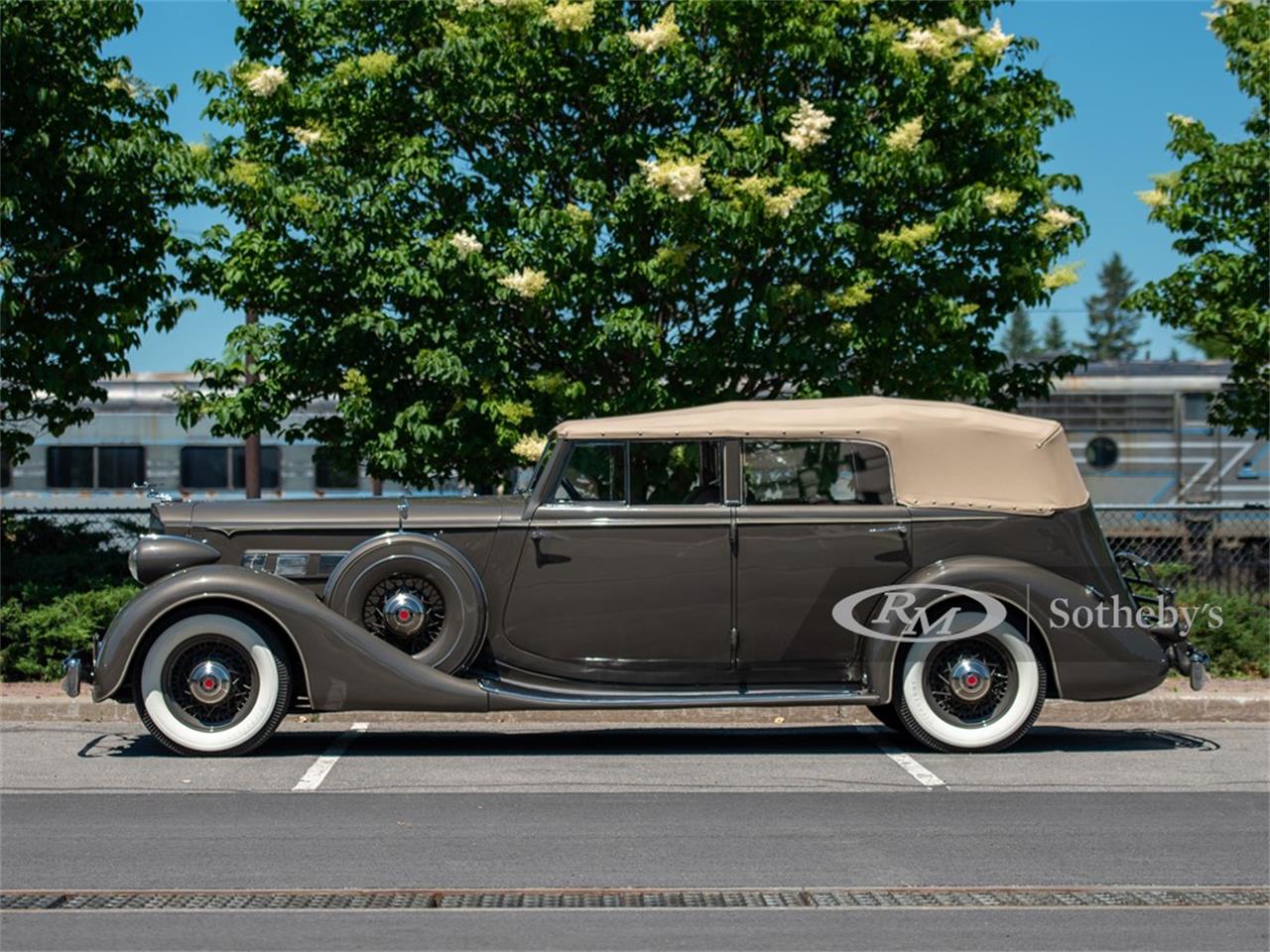 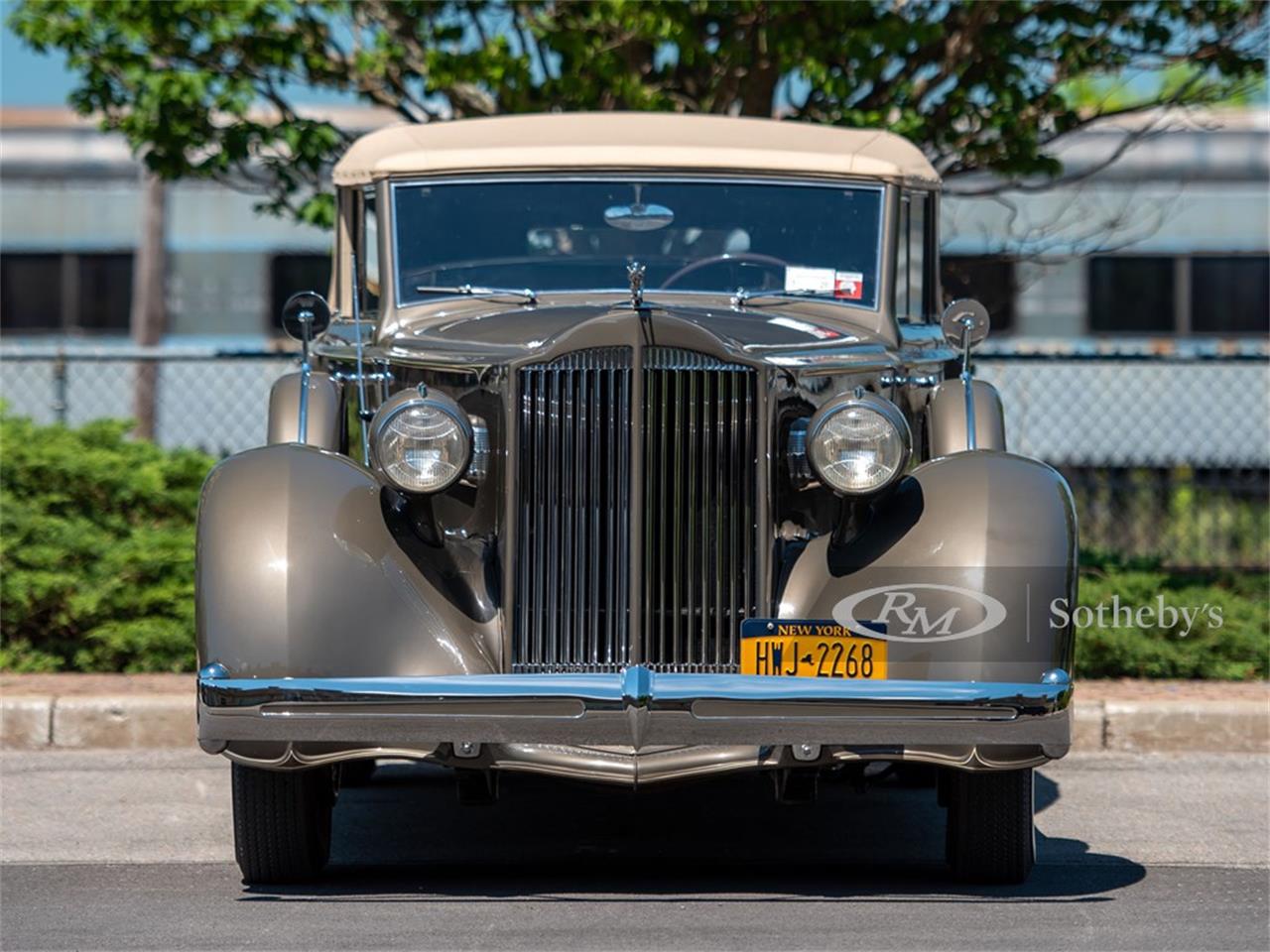 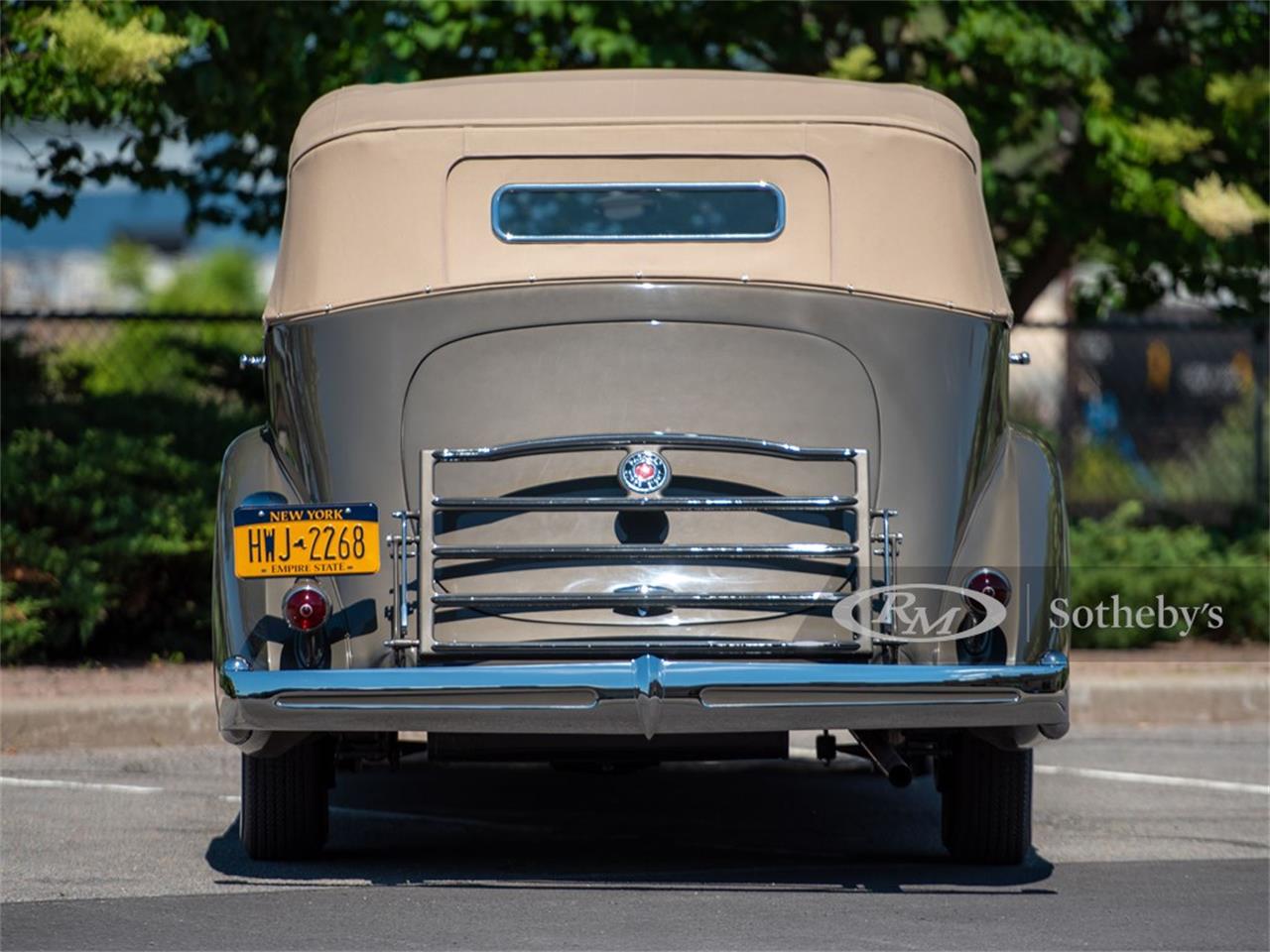 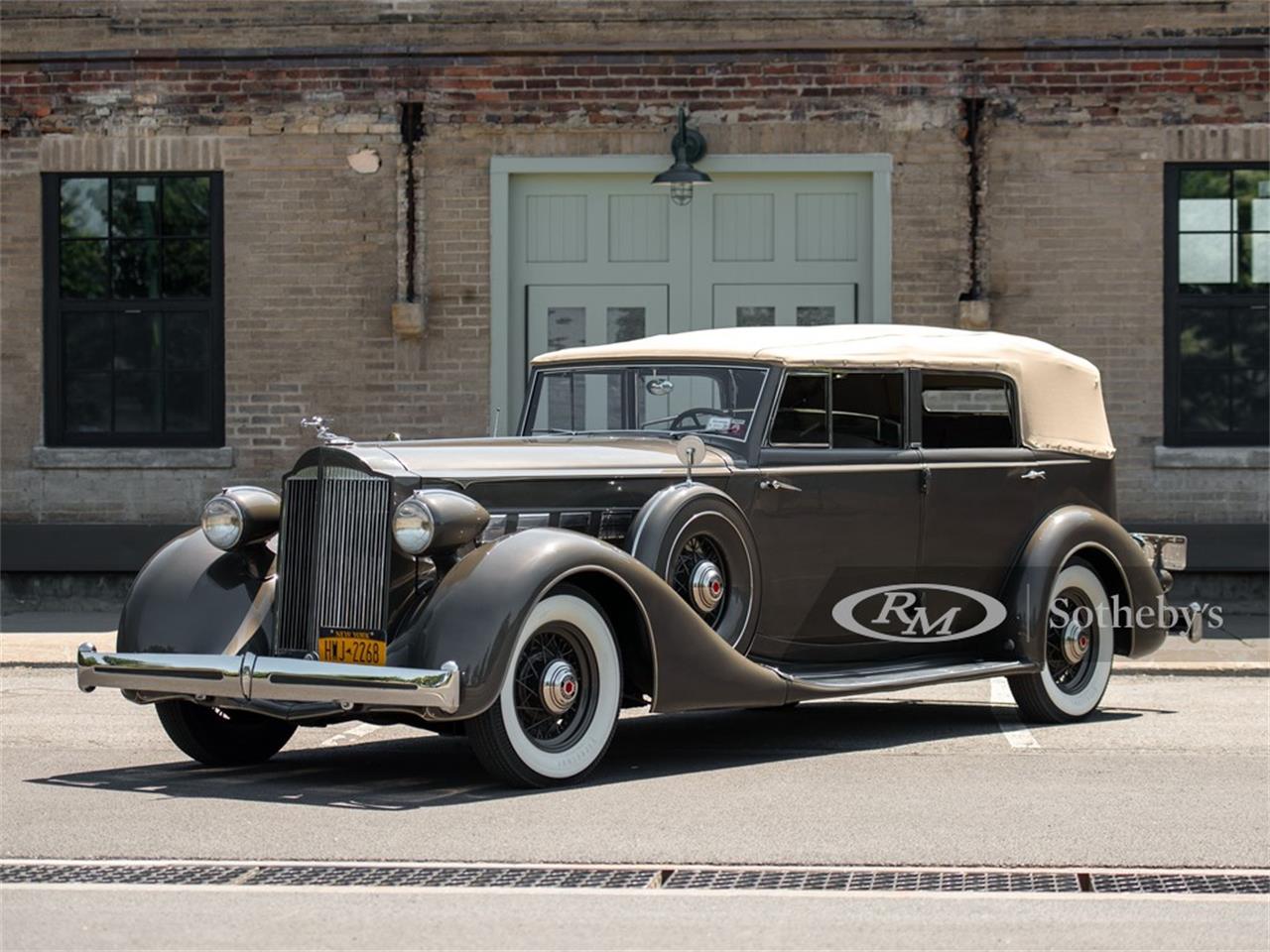 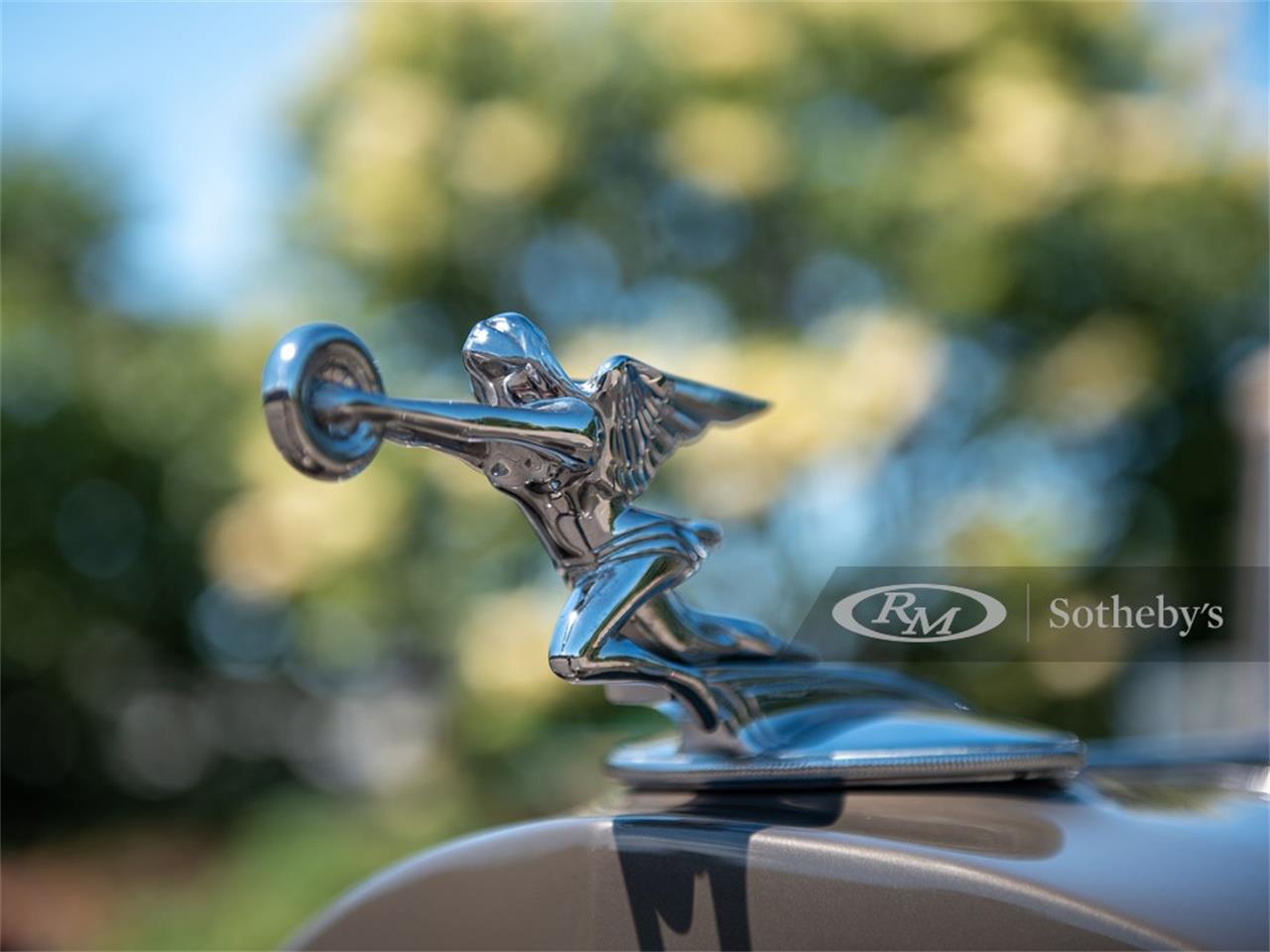 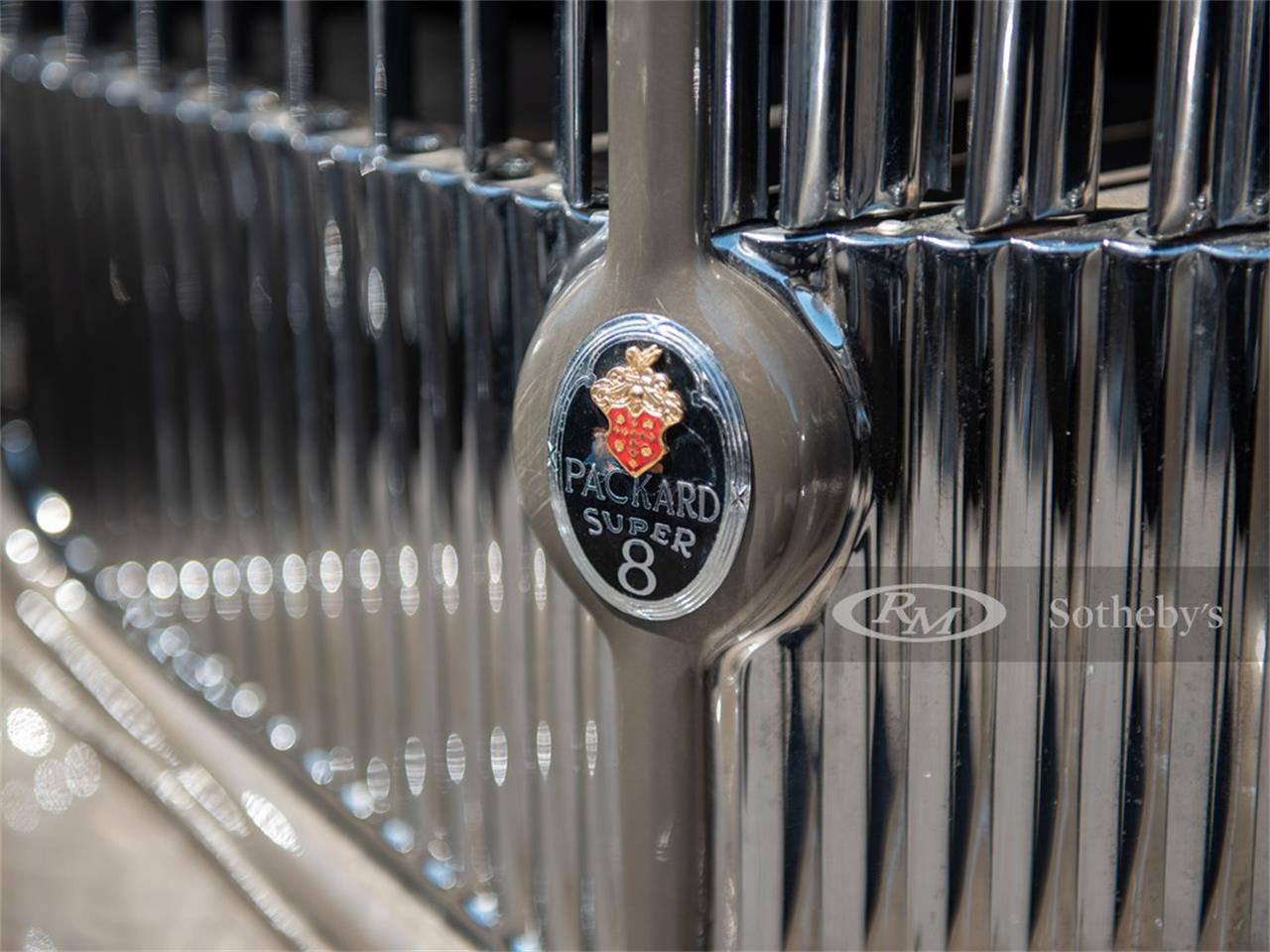 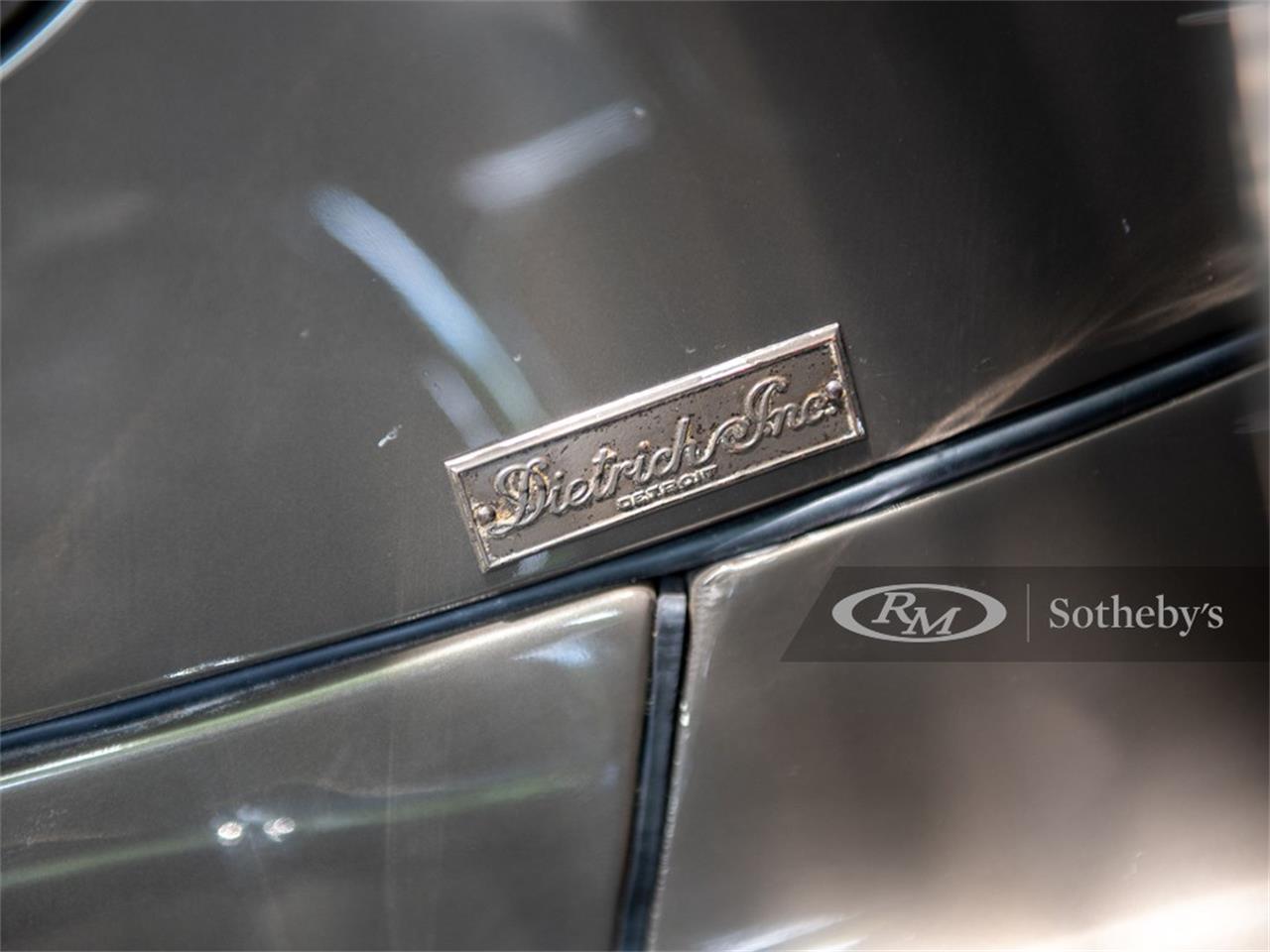 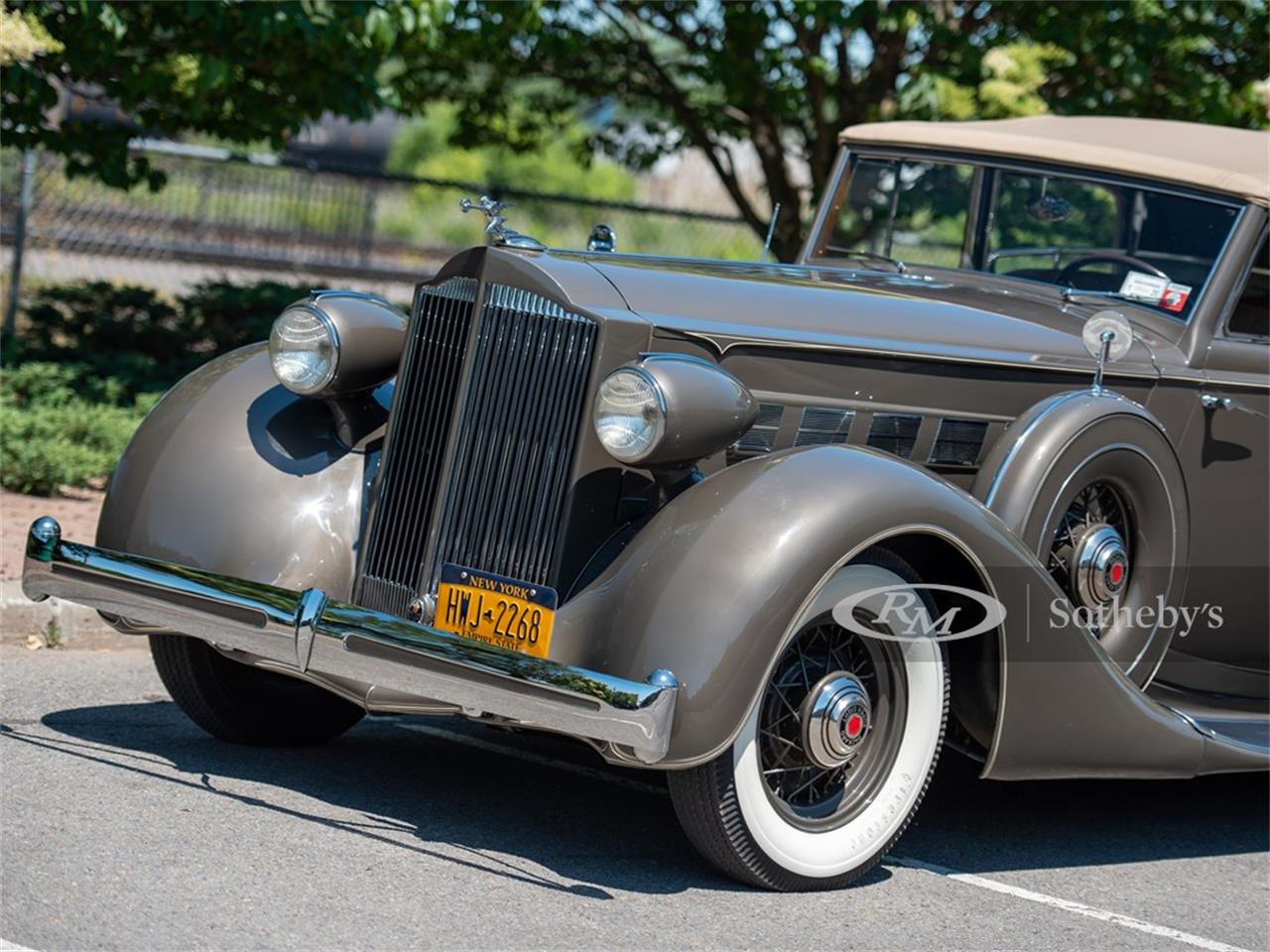 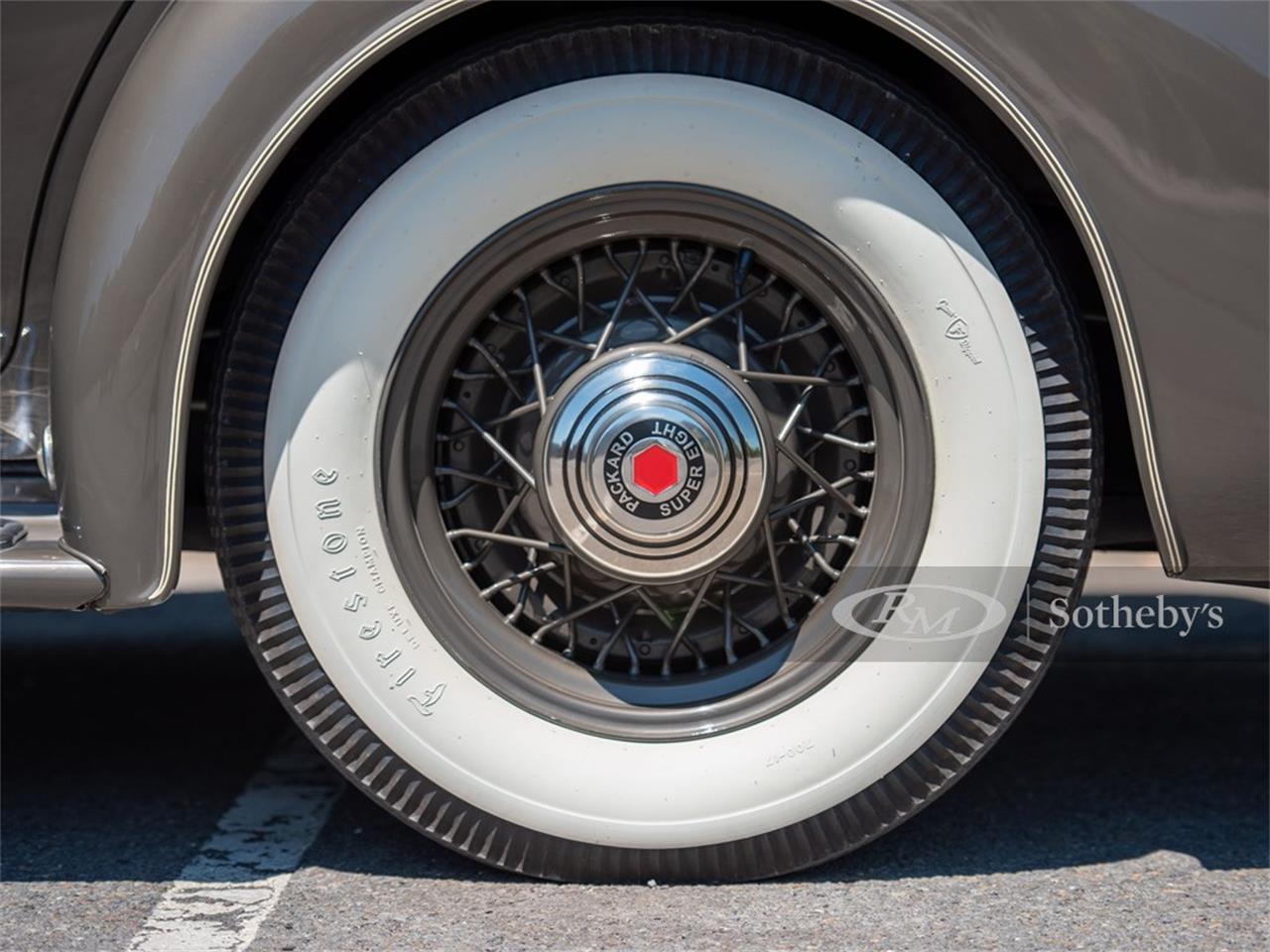 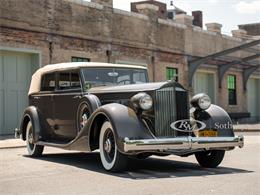 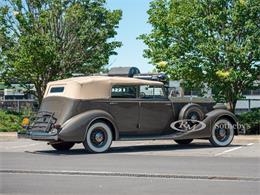 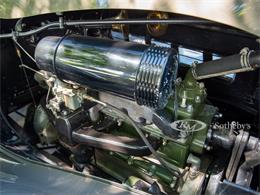 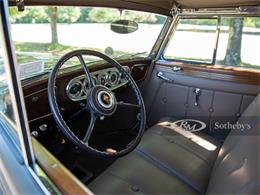 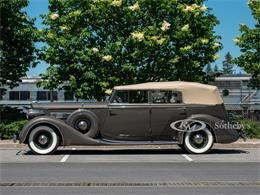 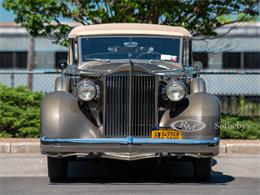 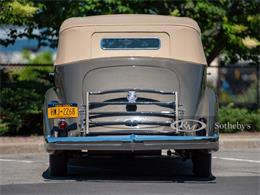 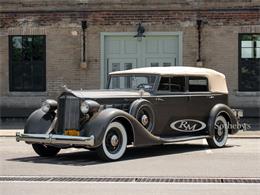 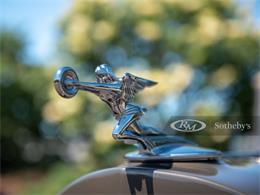 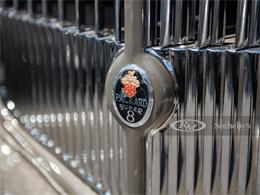 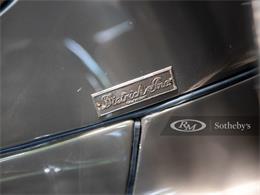 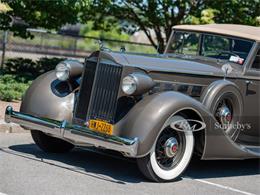 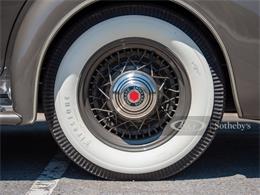 This elegant Super Eight convertible sedan was originally delivered by the Paterson Packard Company of Paterson, New Jersey, on June 1, 1935, as confirmed by its original data plate on the firewall. The plate also confirms it was supplied with this body, style no. 883, reportedly one of about fifty convertible sedans delivered on the 144-inch-wheelbase 1205 chassis.

The current owner acquired her "dream car" in late 1999 from the family of longtime owner Paul Jouben of Herkimer, New York, who is believed to have acquired it as early as the 1950s. Beginning with a very original and complete automobile, the Packard was treated to a complete body-off, nut-and-bolt restoration in the original color of Columbian Beige. Much of the work was performed by the noted specialist James Burth of Carlyle Motors Automobile Restoration, located in Poland, New York, with the engine fully rebuilt by UAP Auto Engine Rebuilders and an interior provided by J&R Upholstery (respectively of Utica and Binghamton, New York); chrome was completed by Paul's Chrome Plating of Pennsylvania. This work is documented by receipts and invoices throughout, which are accompanied by many photographs, an owner's manual, an original sales brochure, and other documentation. Desirable accessories include the division window twixt driver and passengers, covered dual side-mounted spares with mirrors, radio, heater, and a rear trunk rack. The correct trunk, unrestored, also accompanies.

Since completion of the restoration, the Packard has been shown at the 2009 Fountain Elms Invitational and the 2015 Hemmings Motor News Concours d'Elegance in Saratoga Springs, New York, as well as at some small local events. It was also featured in the Summer 2019 issue of Apex Autos magazine. It remains in beautiful overall condition and would be a deserving candidate for any concours or event in which its new owner chooses to exhibit it, reflecting the best of Packard engineering and styling during the landmark Twelfth Series.To view this car and others currently consigned to this auction, please visit the RM website at rmsothebys.com/en/auctions/0620.