For Sale at Auction: 1931 Cadillac Coupe in London, United Kingdom 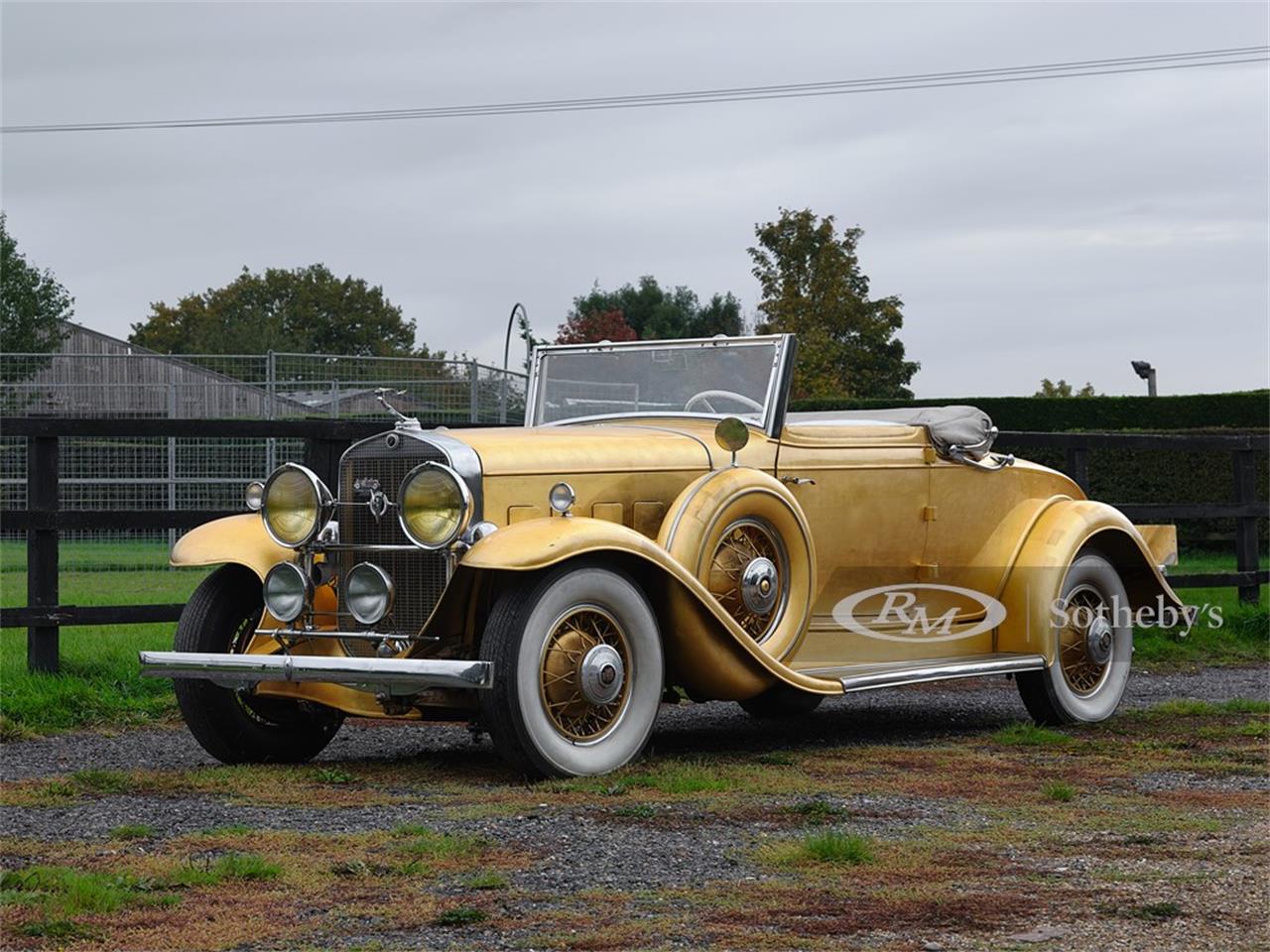 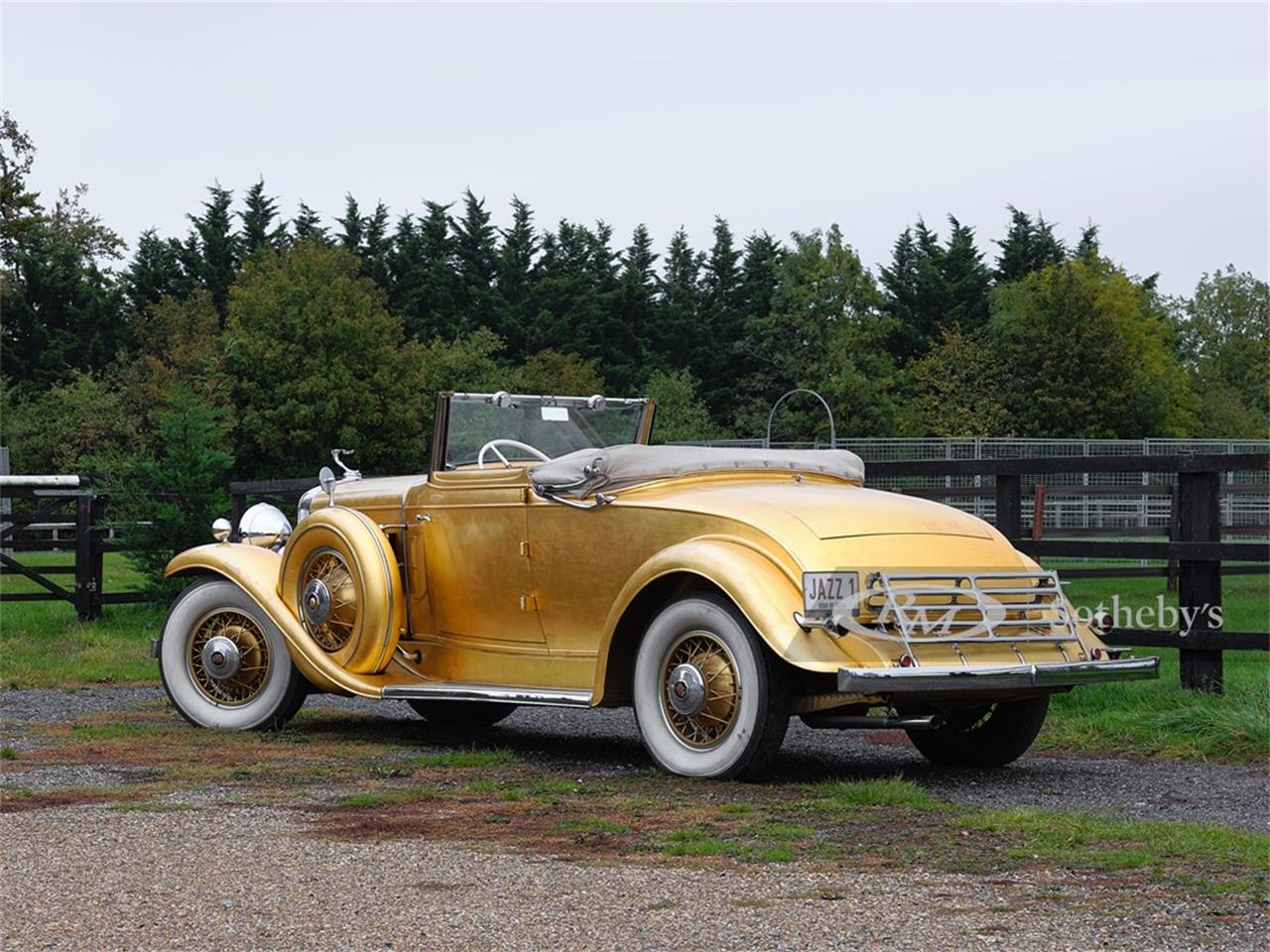 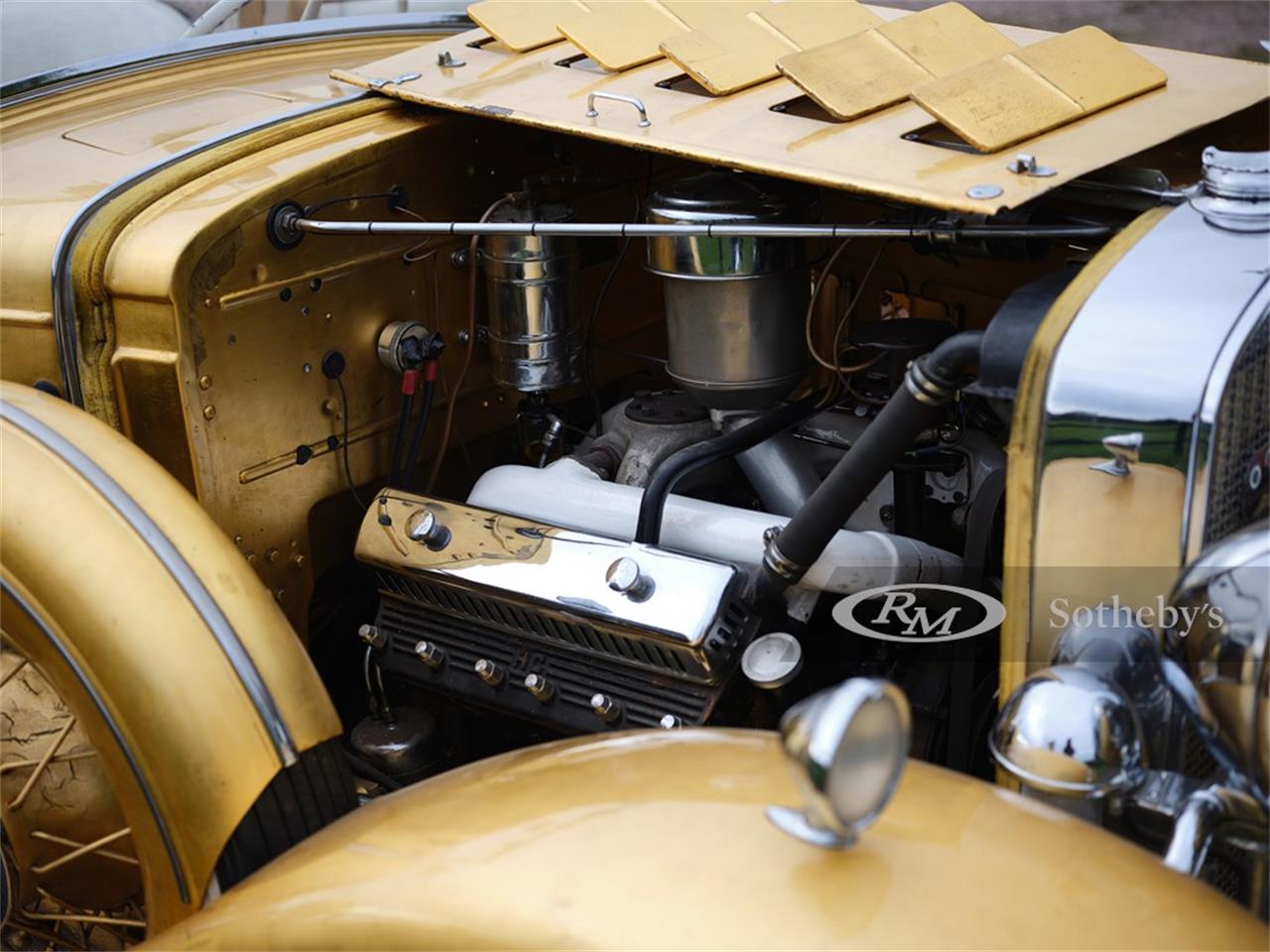 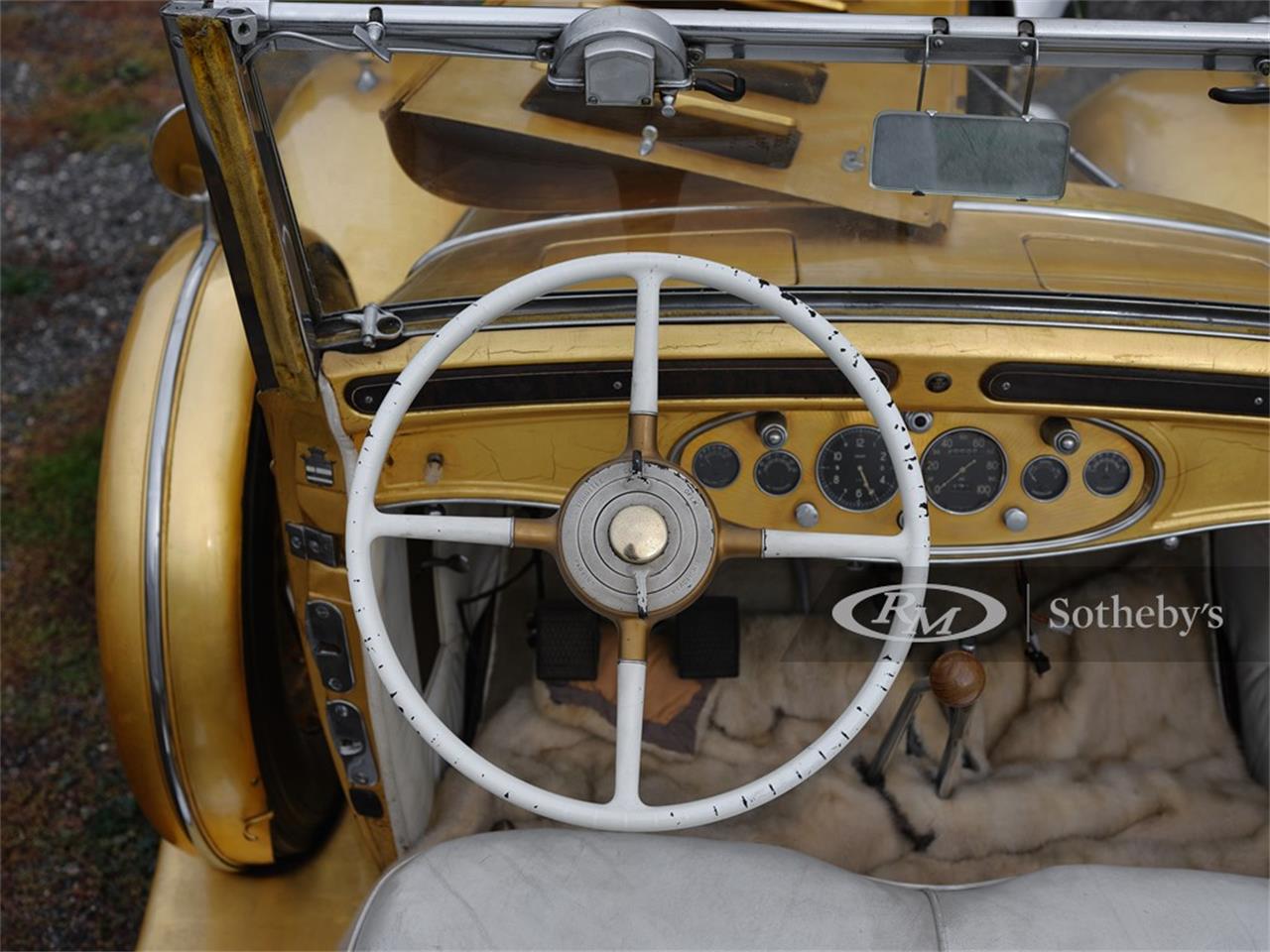 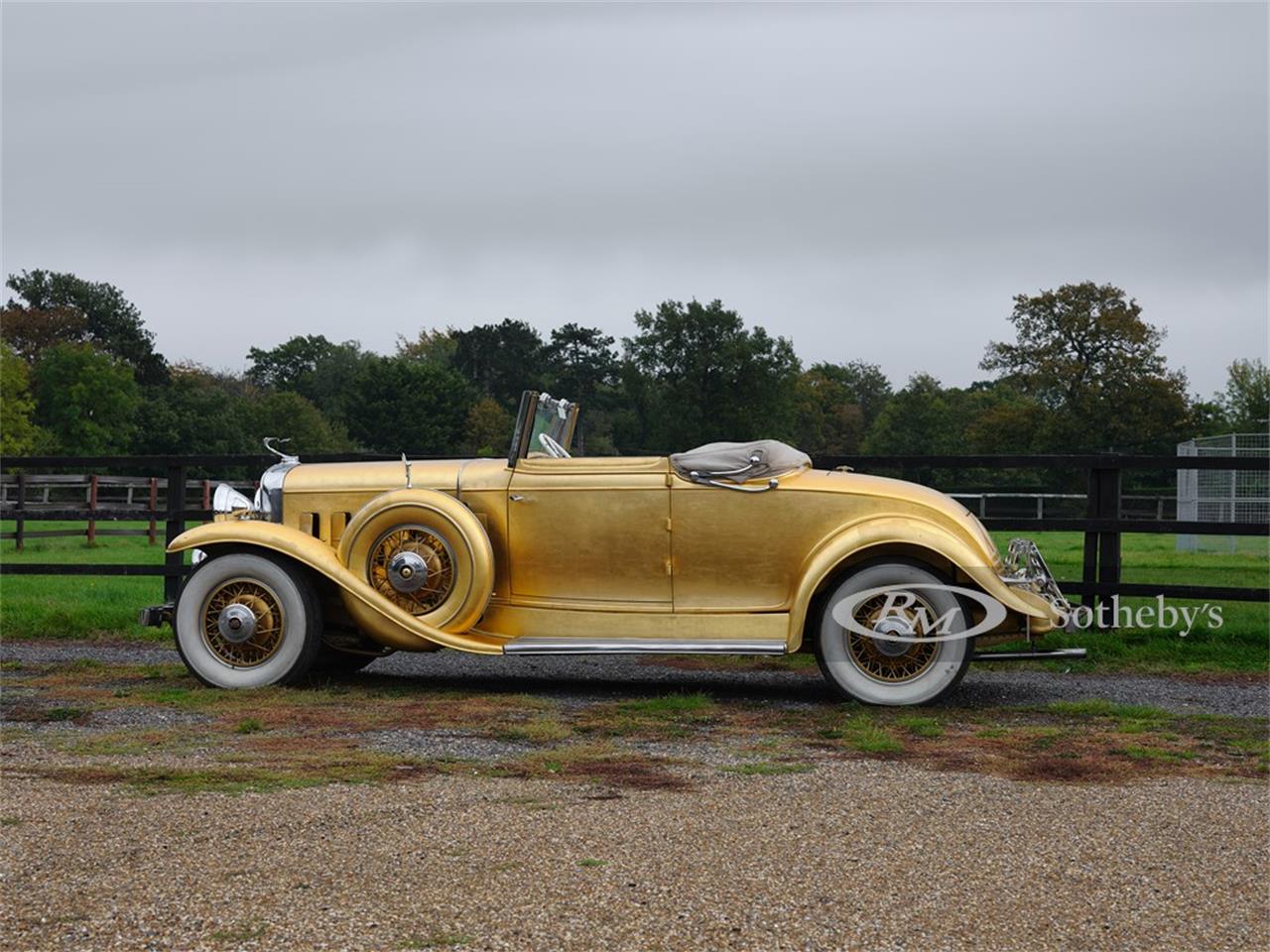 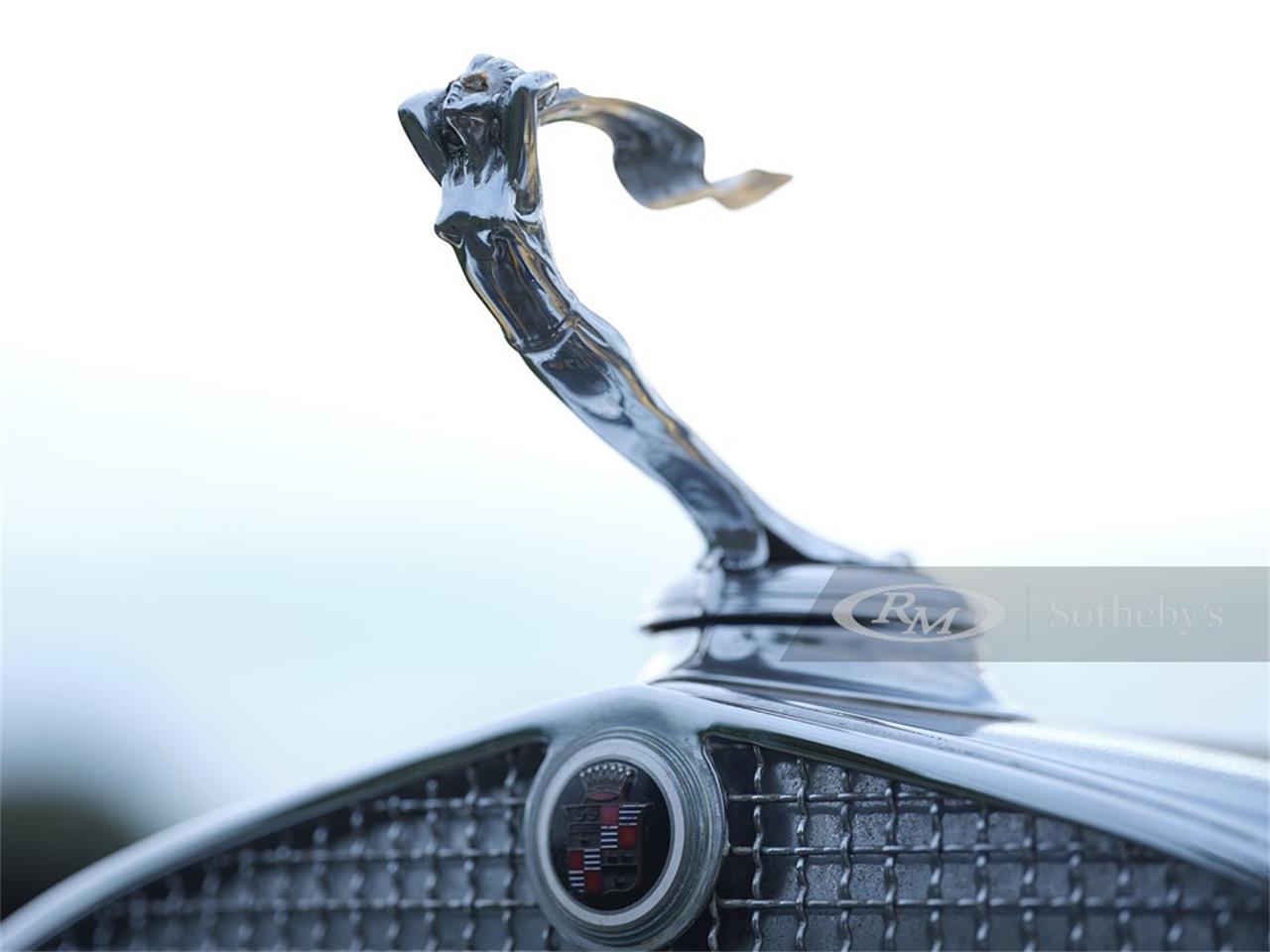 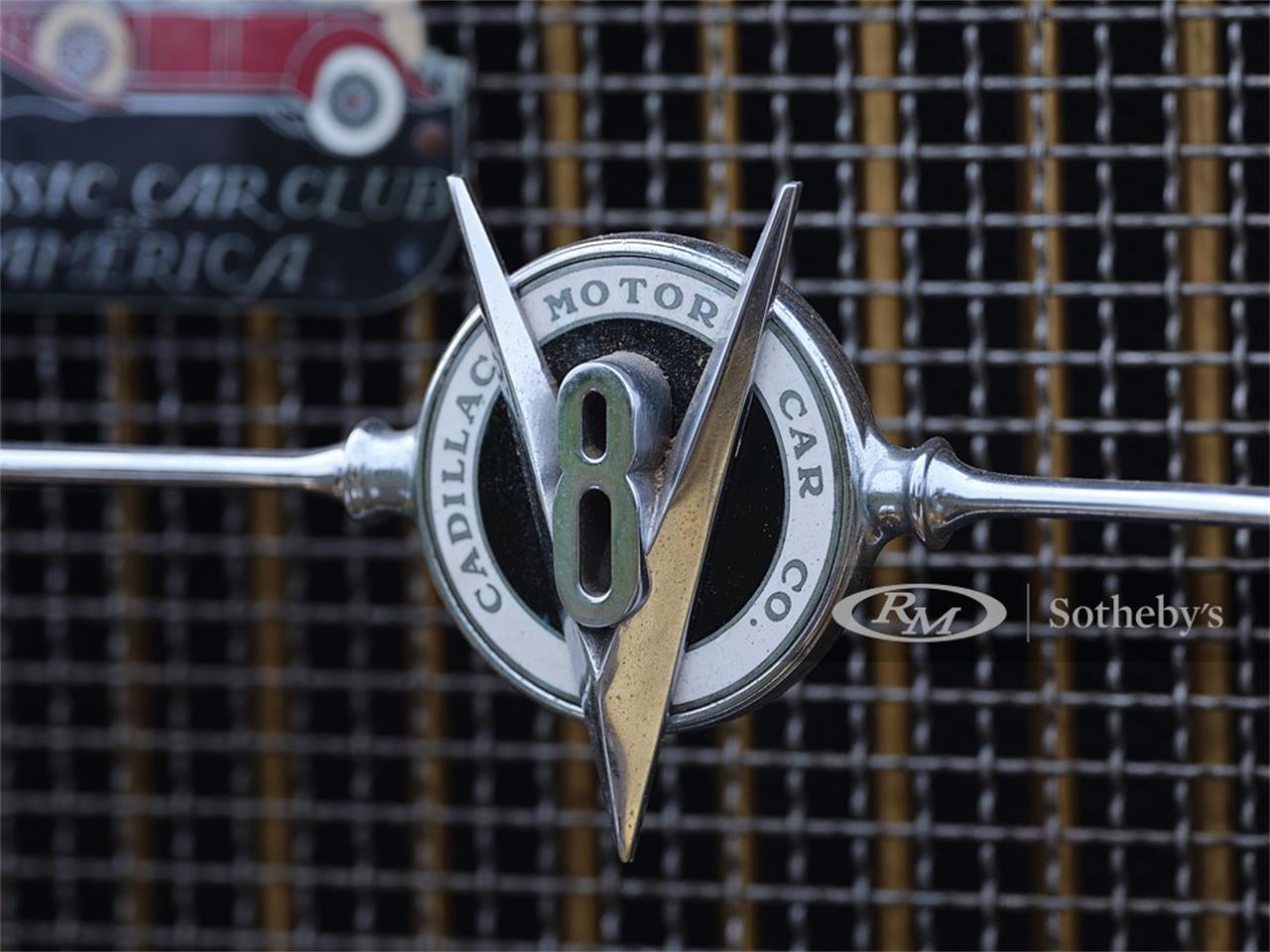 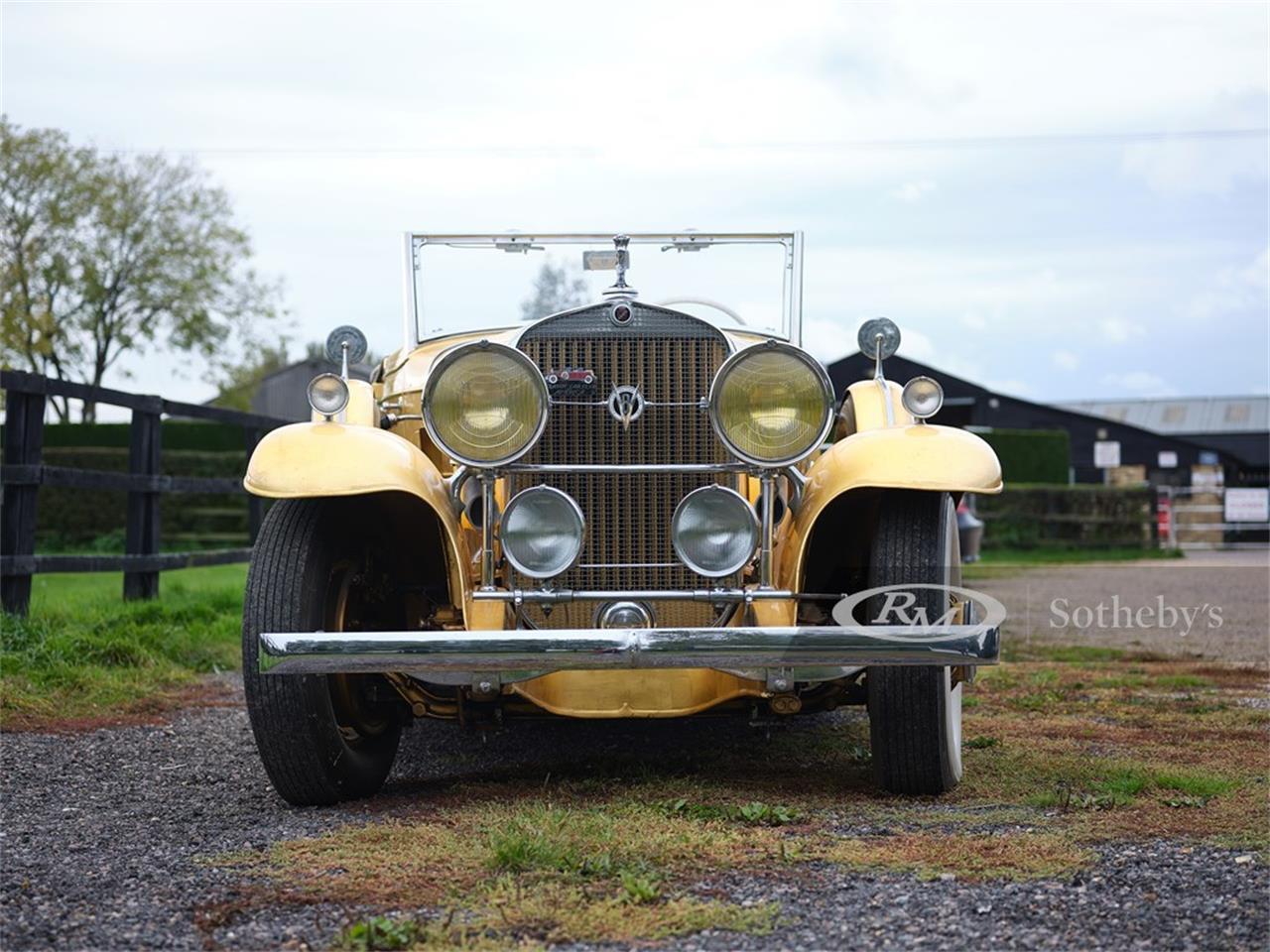 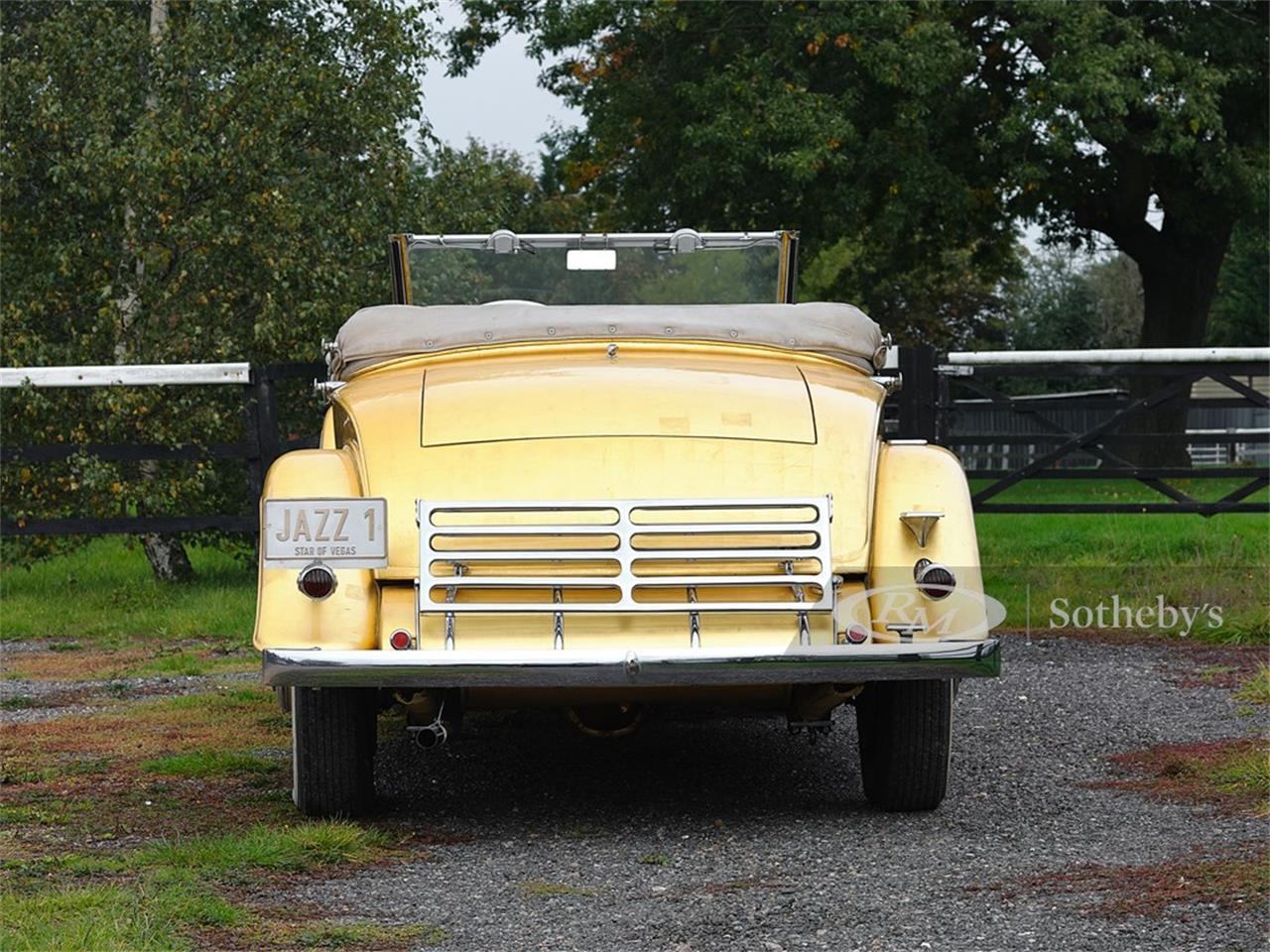 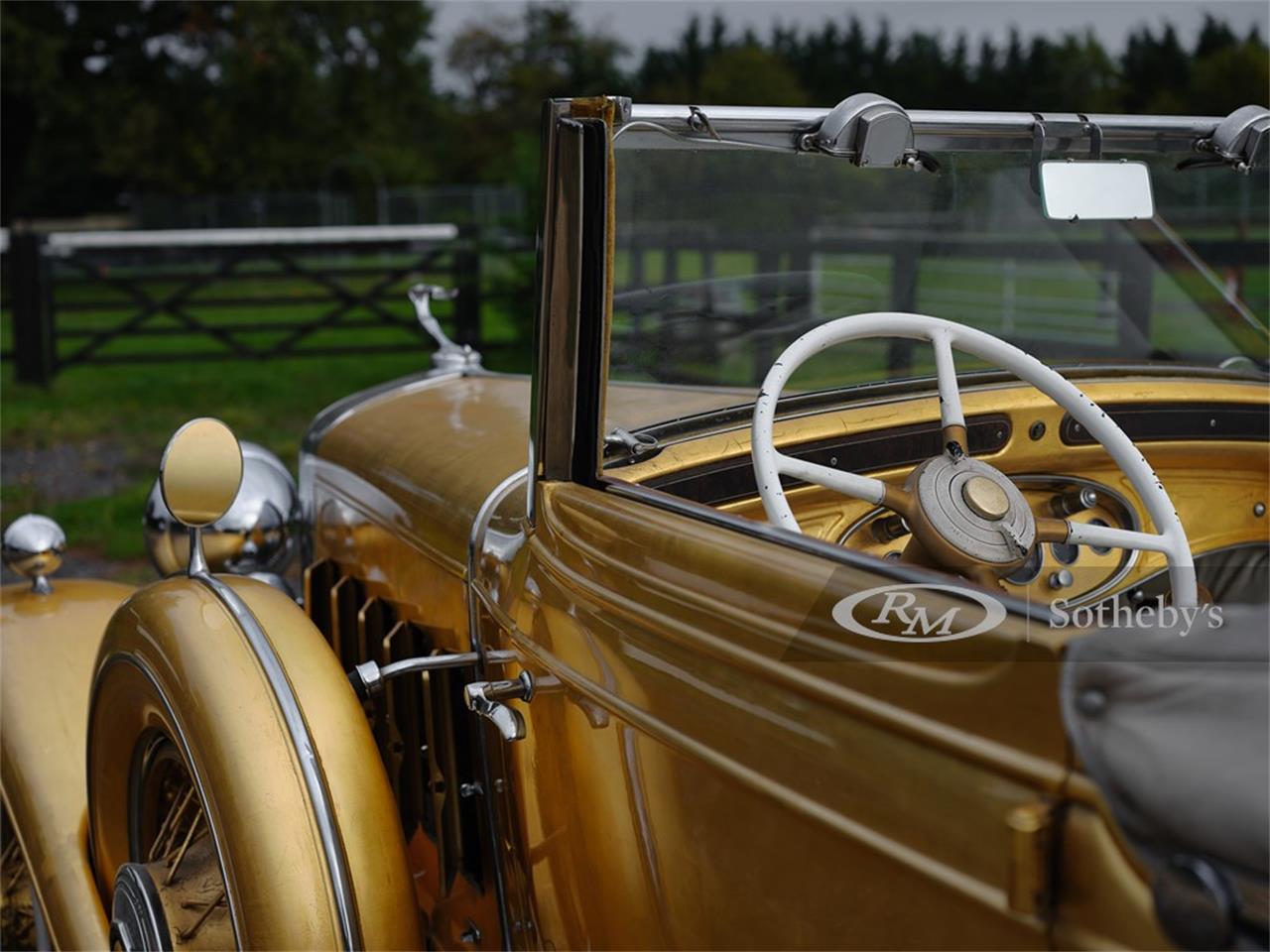 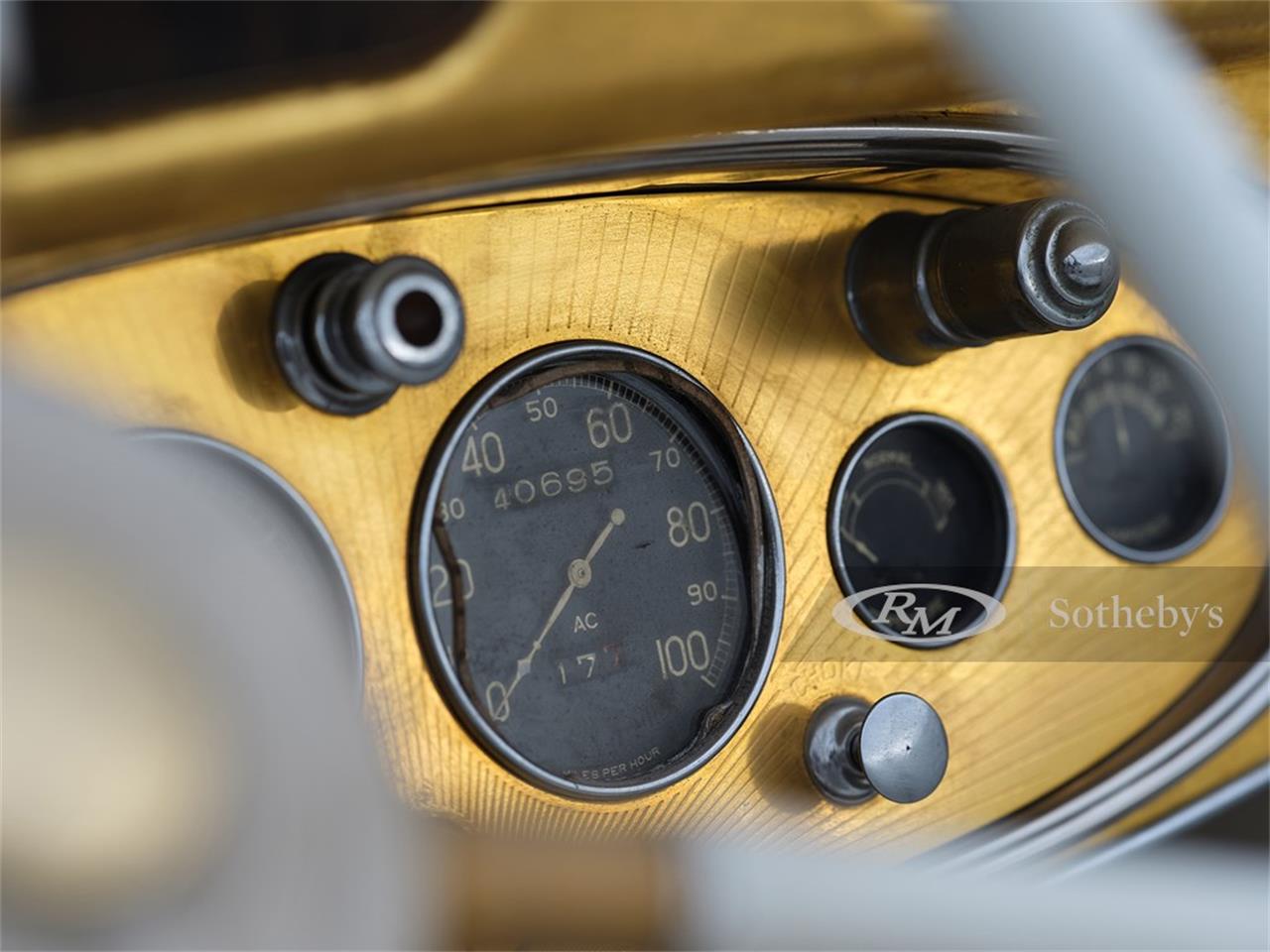 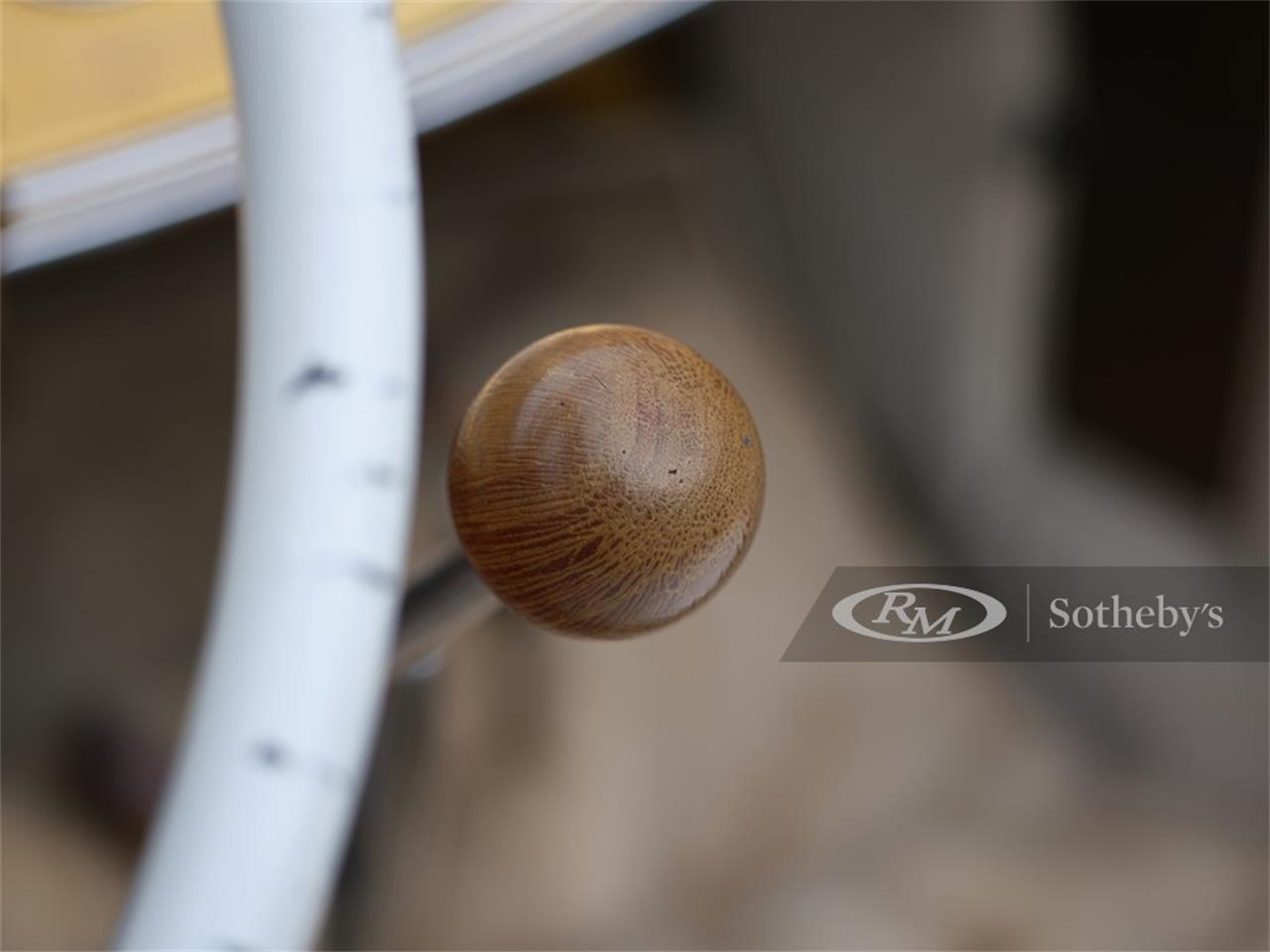 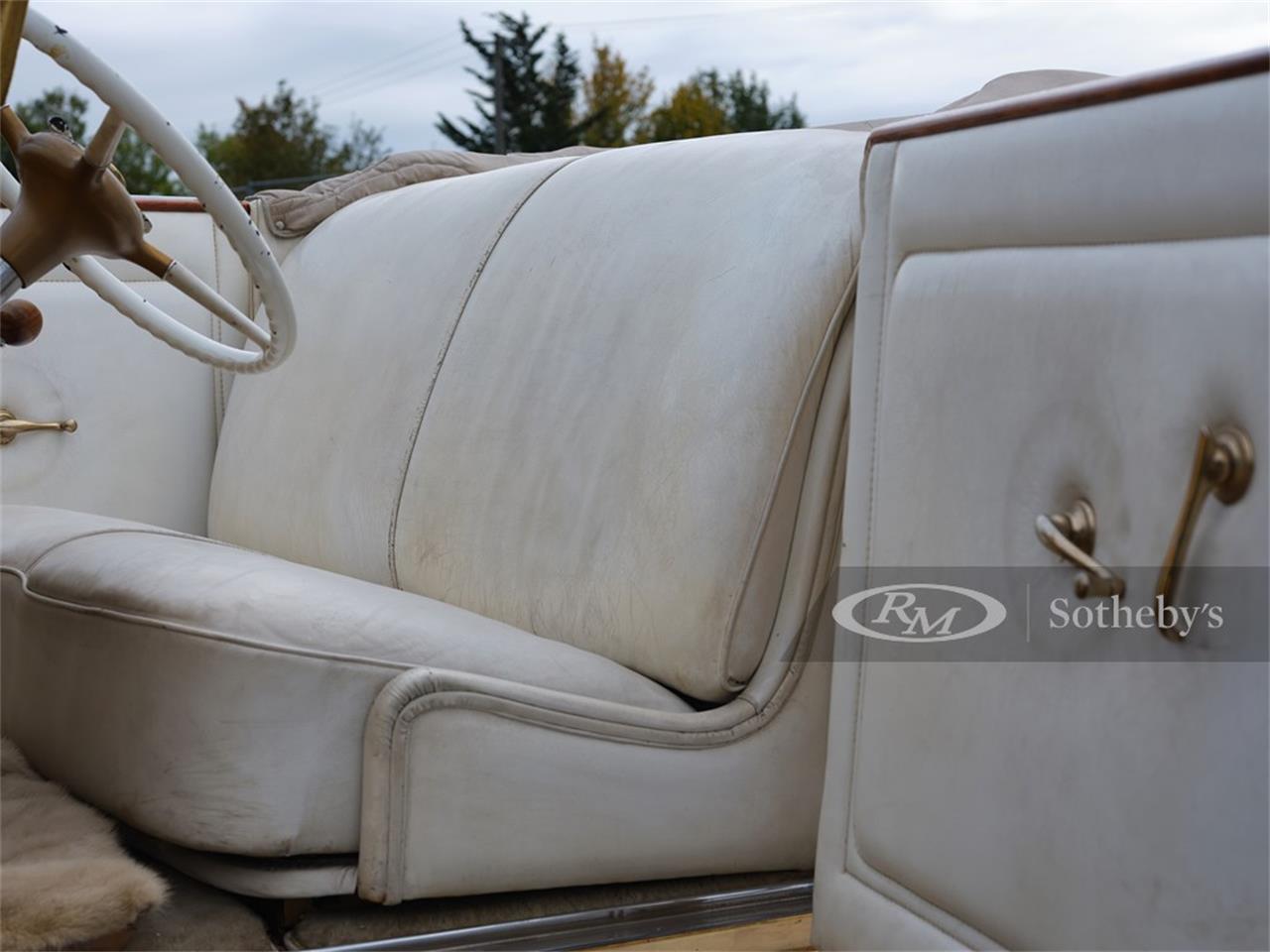 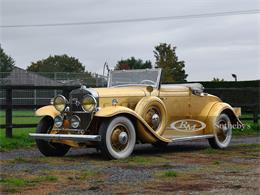 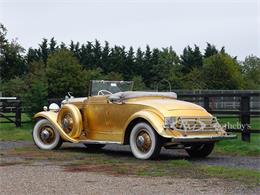 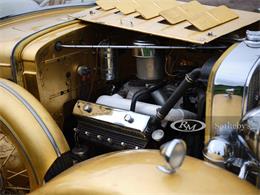 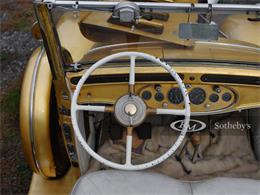 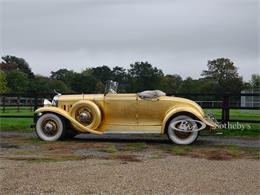 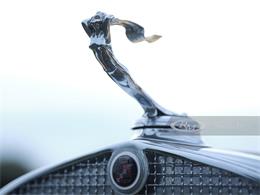 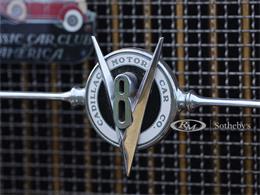 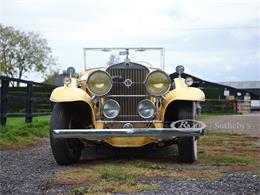 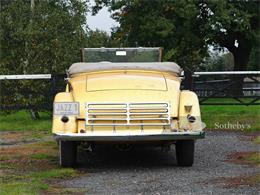 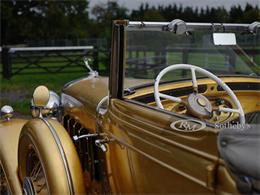 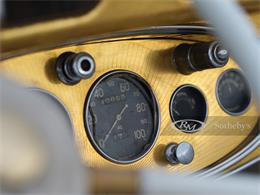 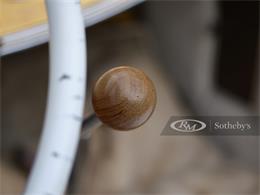 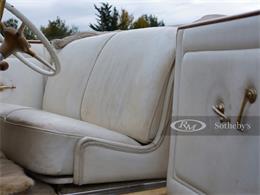 This glamorous 1931 Cadillac V-8 convertible coupe was originally delivered with this coachwork by the Hall Cadillac Company of Denver, Colorado, as noted in its accompanying build sheet. It was meticulously restored between 1972 and 1975 by Jack Smith of Garden City, Kansas, a longtime enthusiast who, as noted in news reports of the period, "this time wanted something different." Smith finished the entire exterior of the Cadillac in 23.75-karat gold leaf, contrasting beautiful white leather upholstery. The outside door handles are 24 karat gold plated, with the inside door handles- and windshield wiper arms- in 24-karat gold, and the gearshift knob in platinum with eighteen rare gems. Further, the mascot and hubcaps were both inset with gems, including seven diamonds on each of the latter. Later owners refinished the door handles in chrome and fitted a wooden gearshift knob, but much of the original finishes remain intact, although the mascot is now missing one of the rubies.

Mr. Smith sold his golden Cadillac at the Auburn Fall auction in Indiana in early September 1975, drawing much attention and positive press. Afterward the car eventually moved overseas and resided for over a decade on display in a German museum, before acquisition by the current owner, who has enjoyed showing it extensively, drawing the attention for which it was built! It has since undergone considerable restoration work, reportedly at a cost of tens of thousands of pounds. In addition to its glitzy glamour, it retains Pilot Ray driving lights that turn with the front wheels, as well as wire wheels painted gold to match and, of course, the golf bag door permitting stowage of clubs in the floor of the dickey seat.

This is truly a showstopper which remains one of the most dramatic automobiles imaginable. It really is "something different," and is sure to be the center of attention at any show or display - or imagine it rolling down the road, sparkling, on a sunny day, the envy of Auric Goldfinger!
To view this car and others currently consigned to this auction, please visit the RM website at rmsothebys.com/en/auctions/lf20.