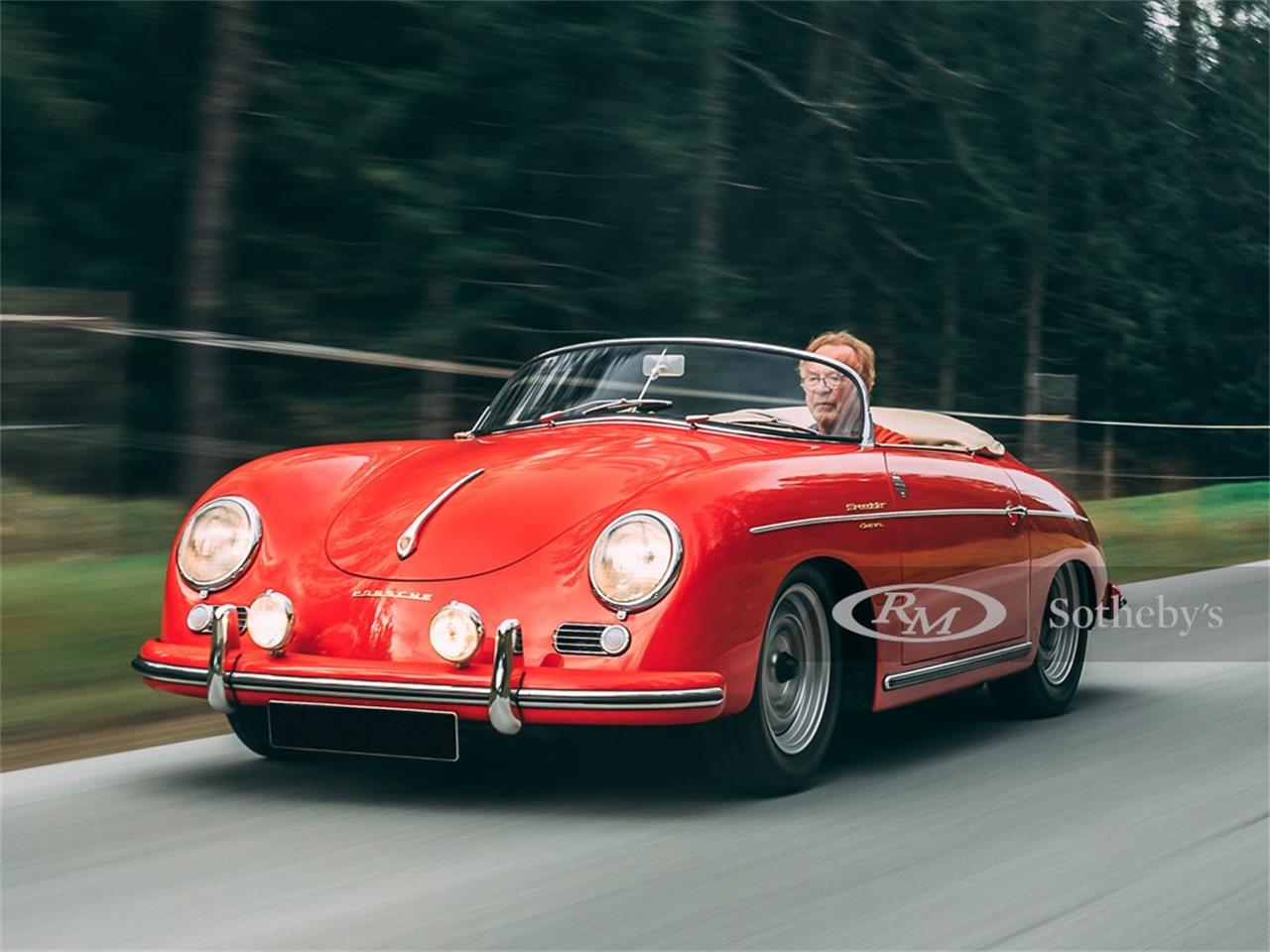 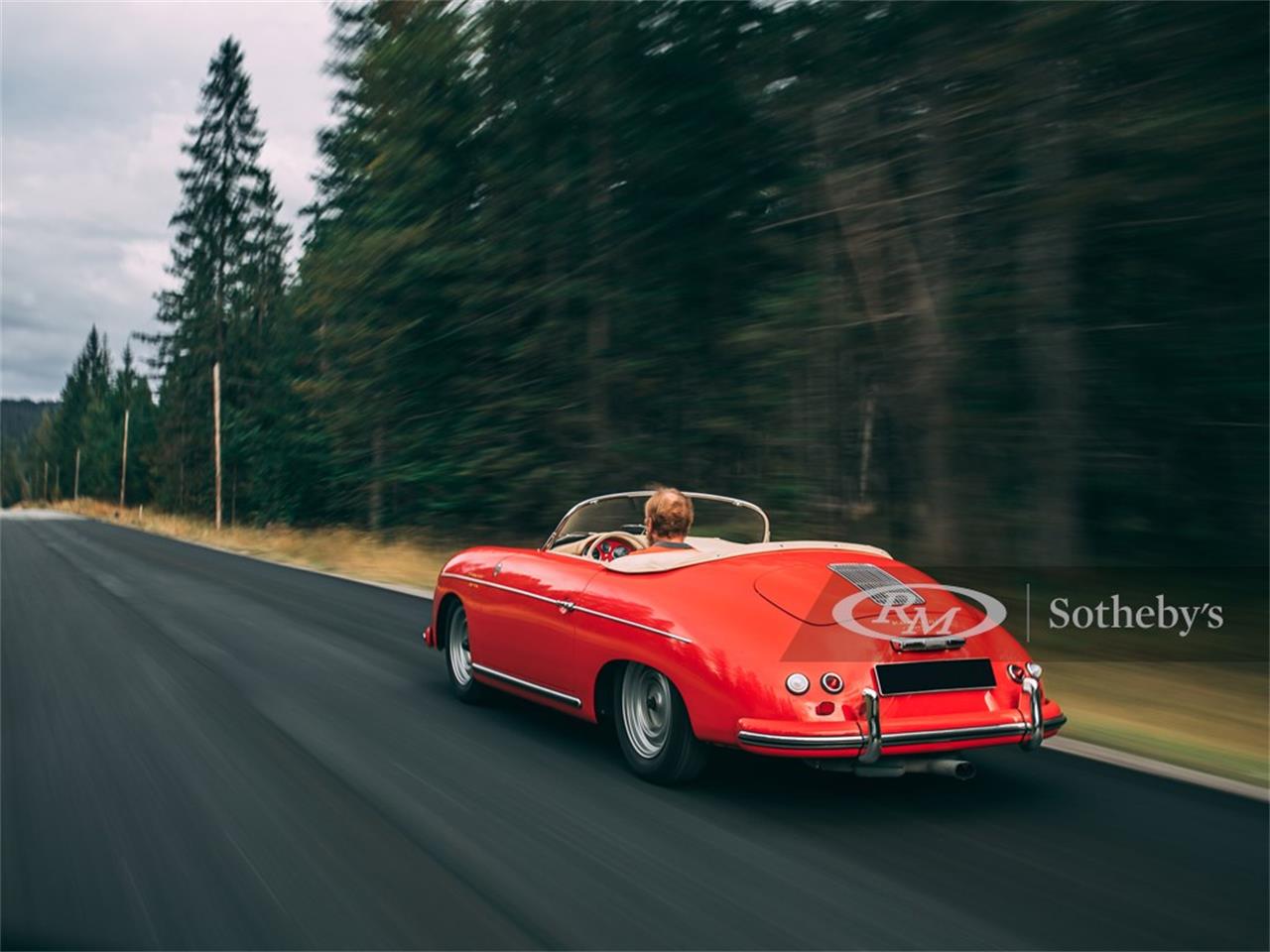 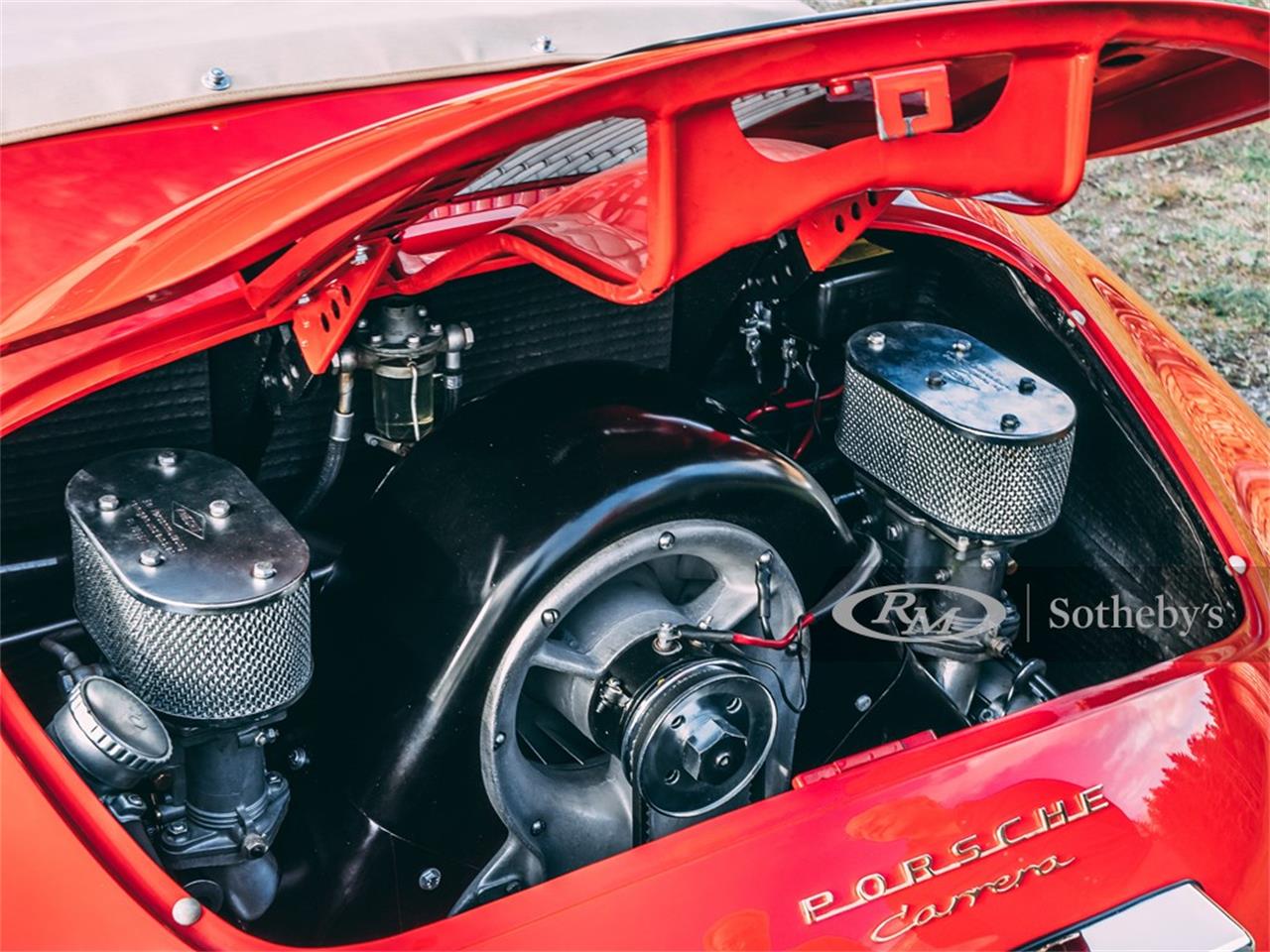 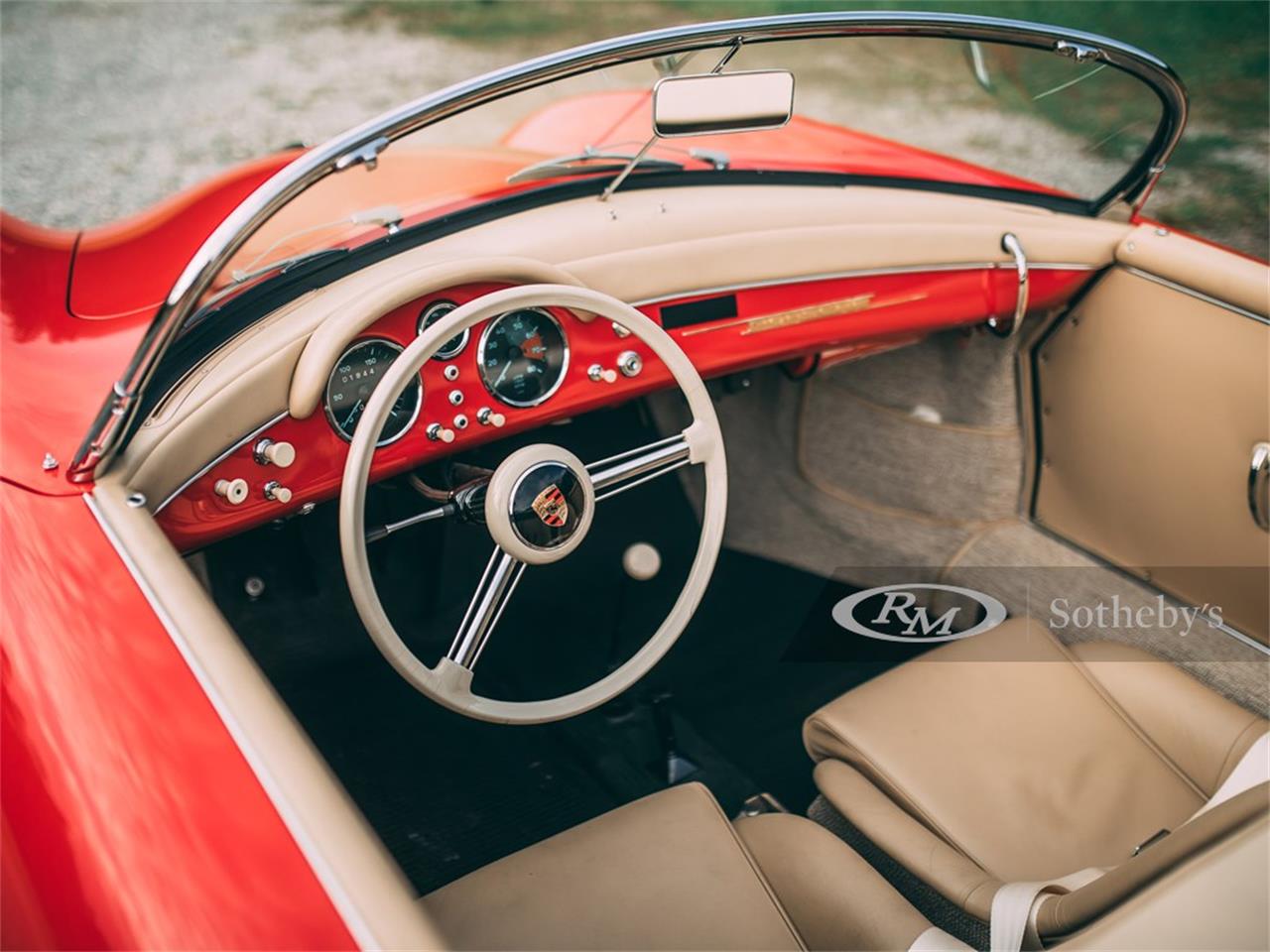 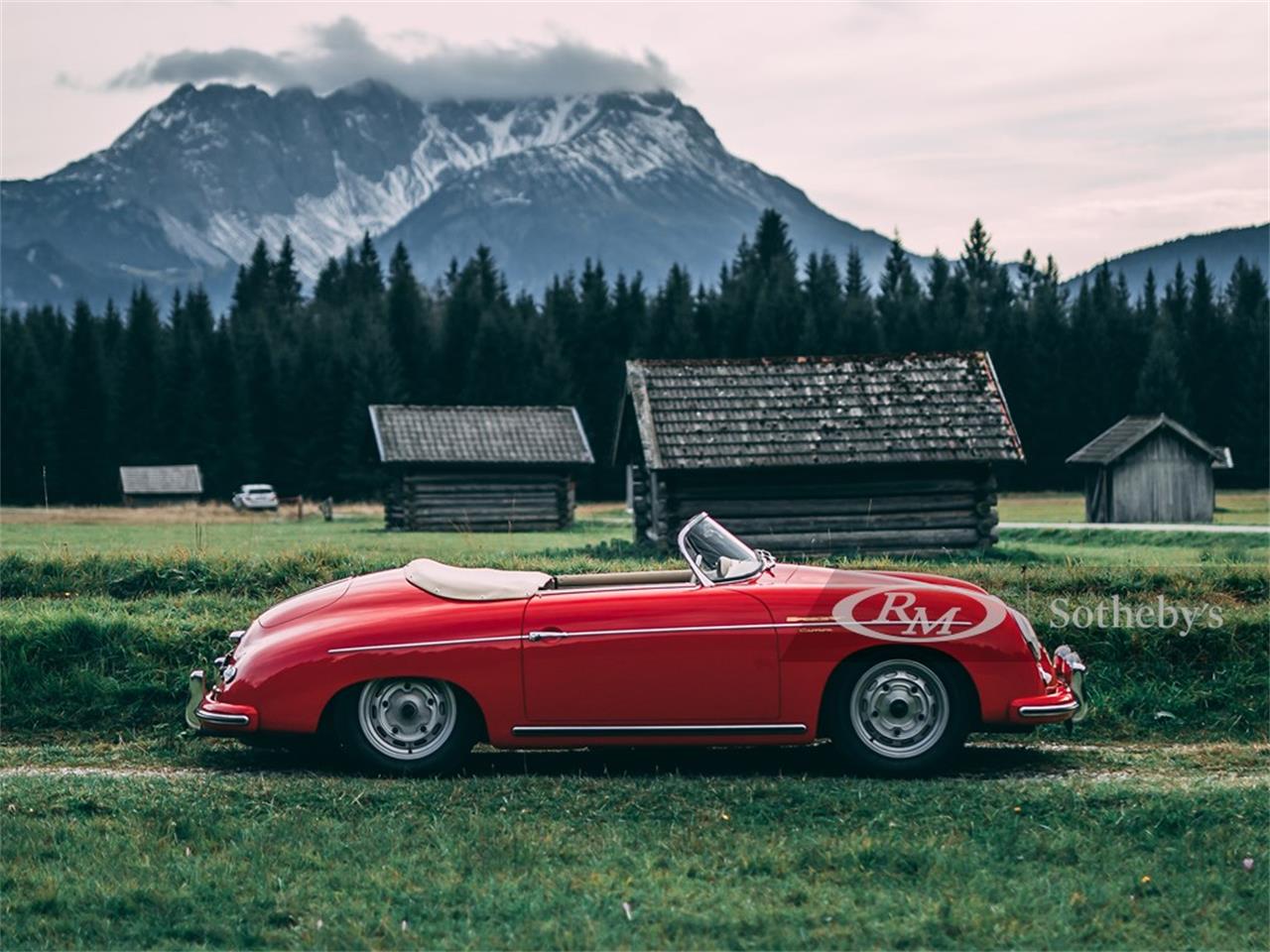 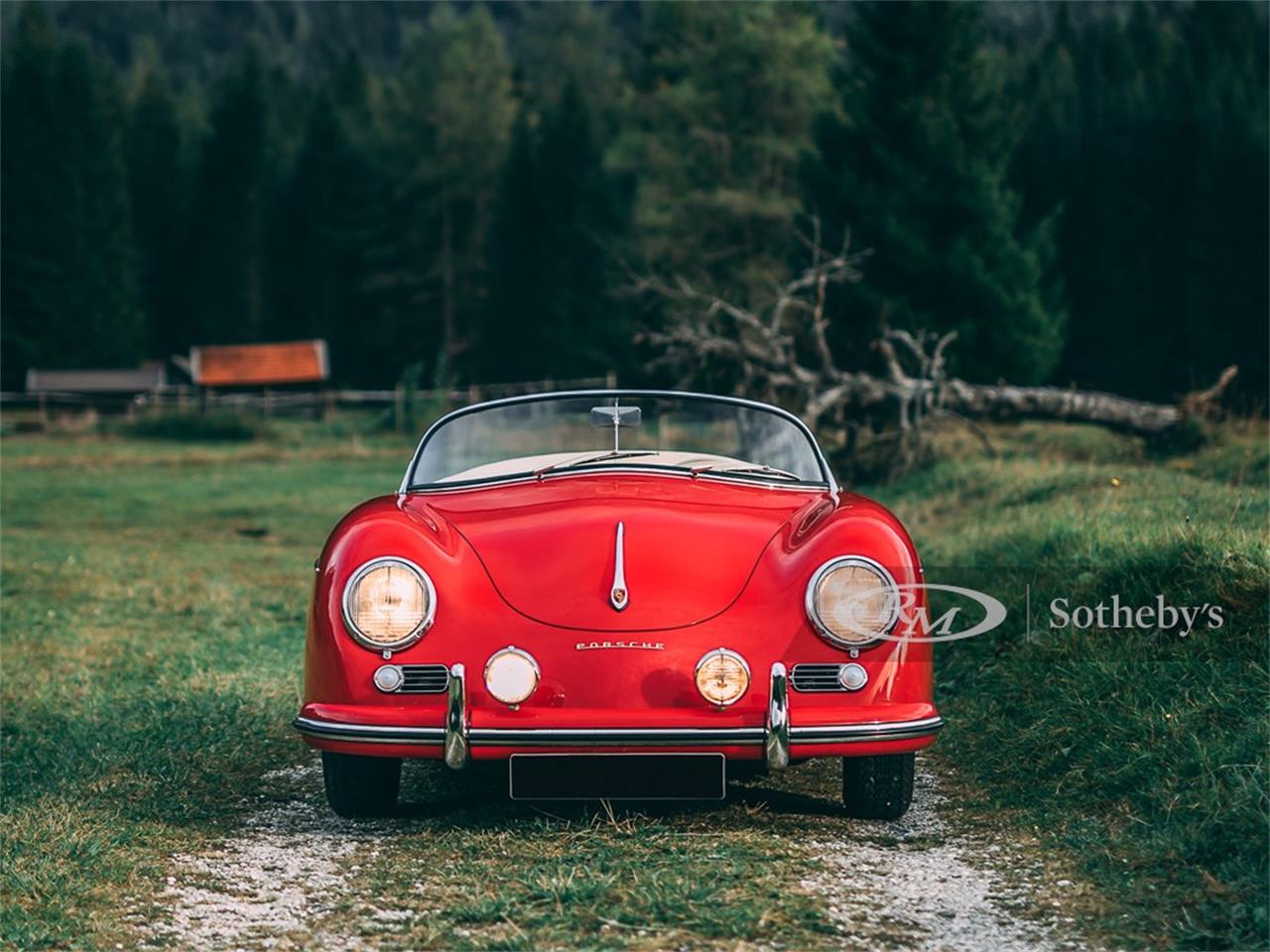 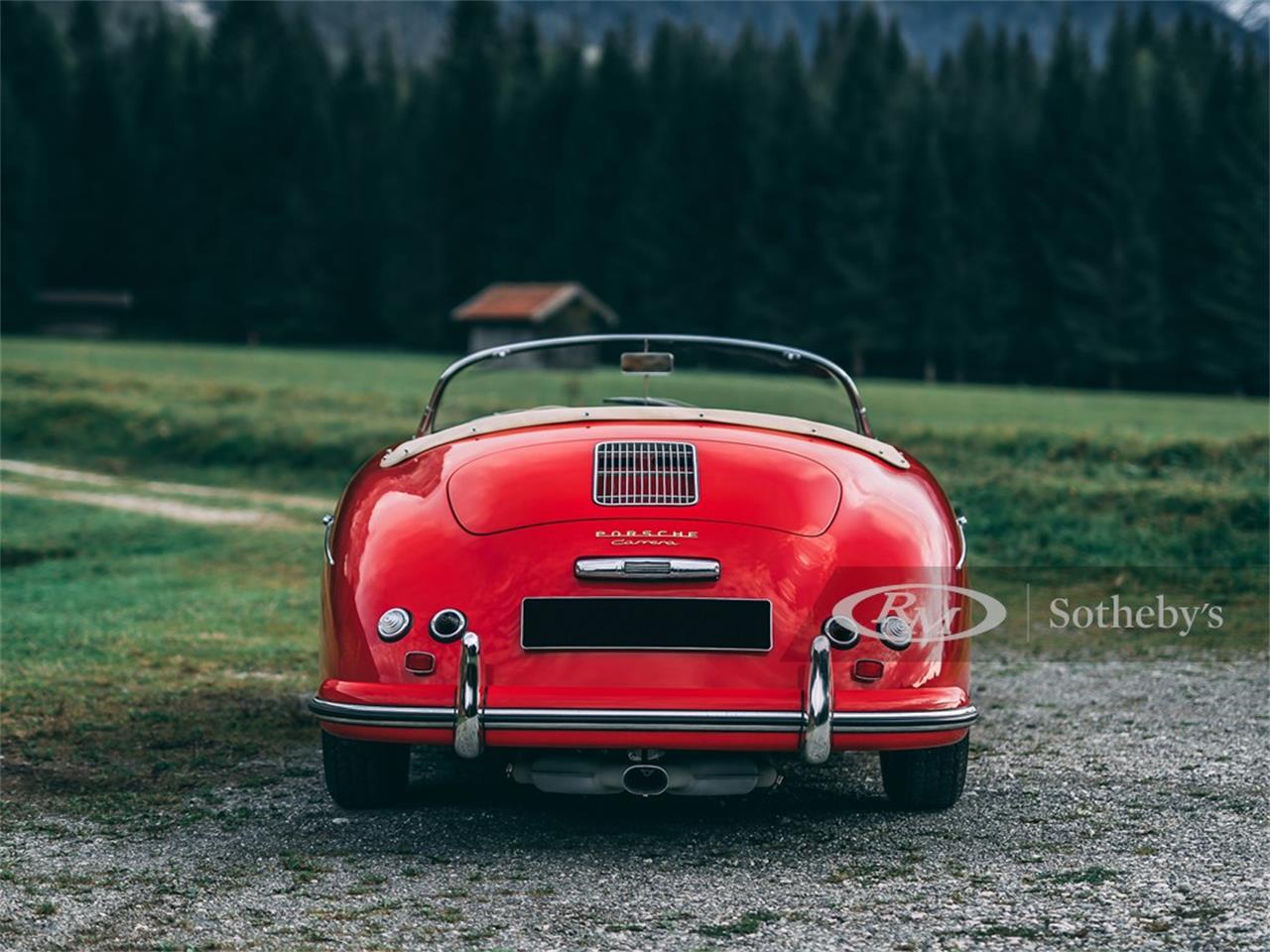 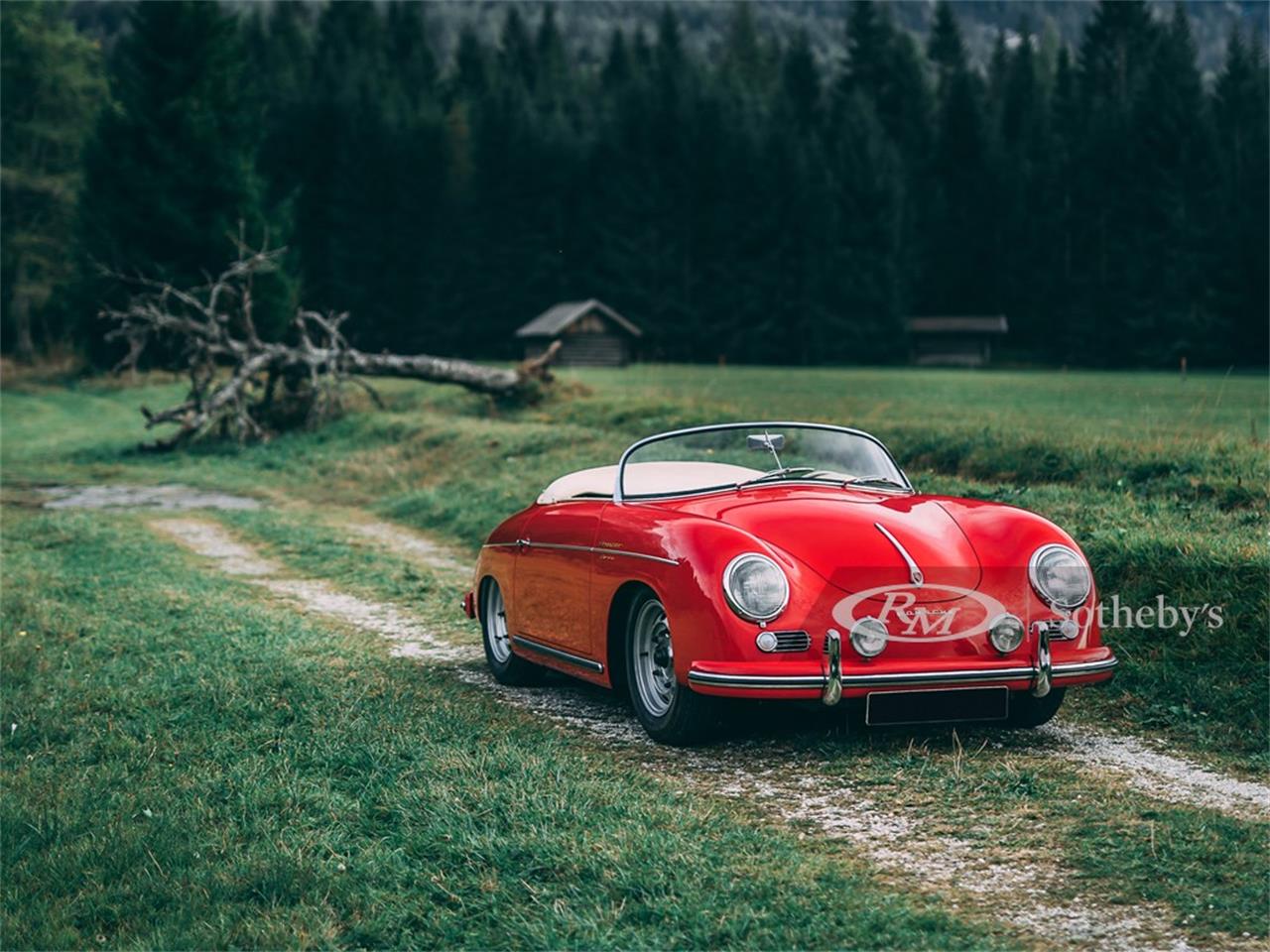 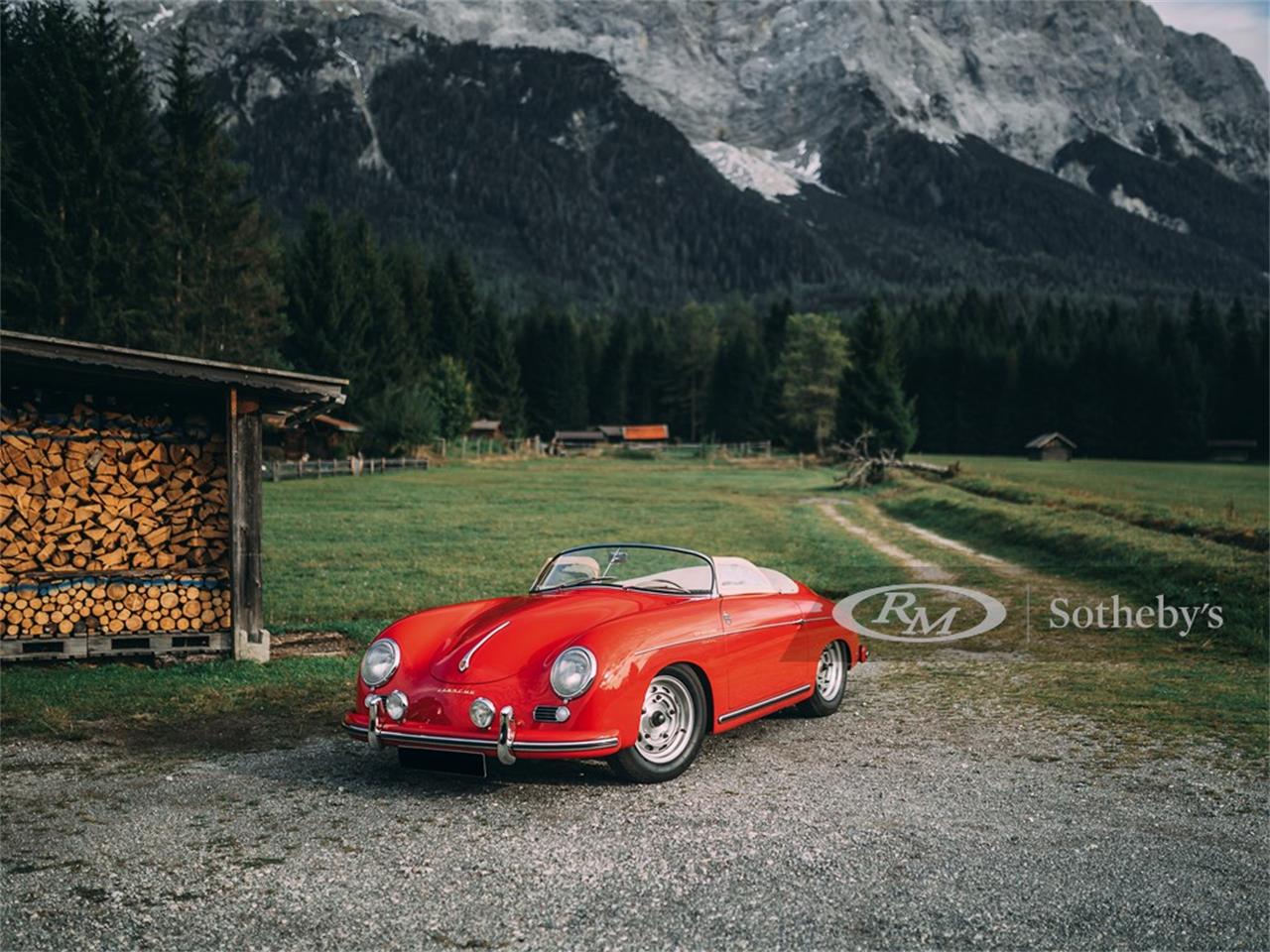 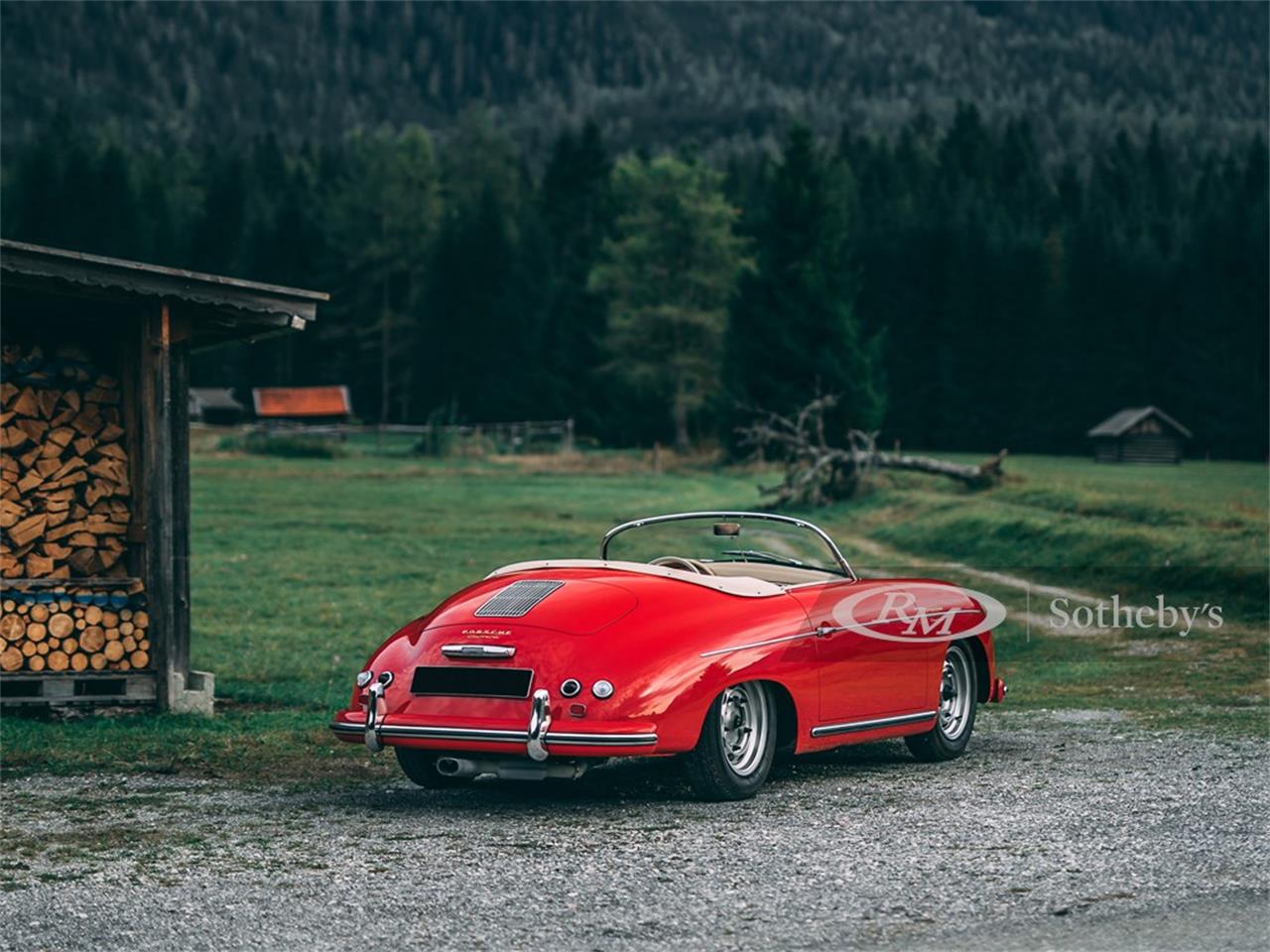 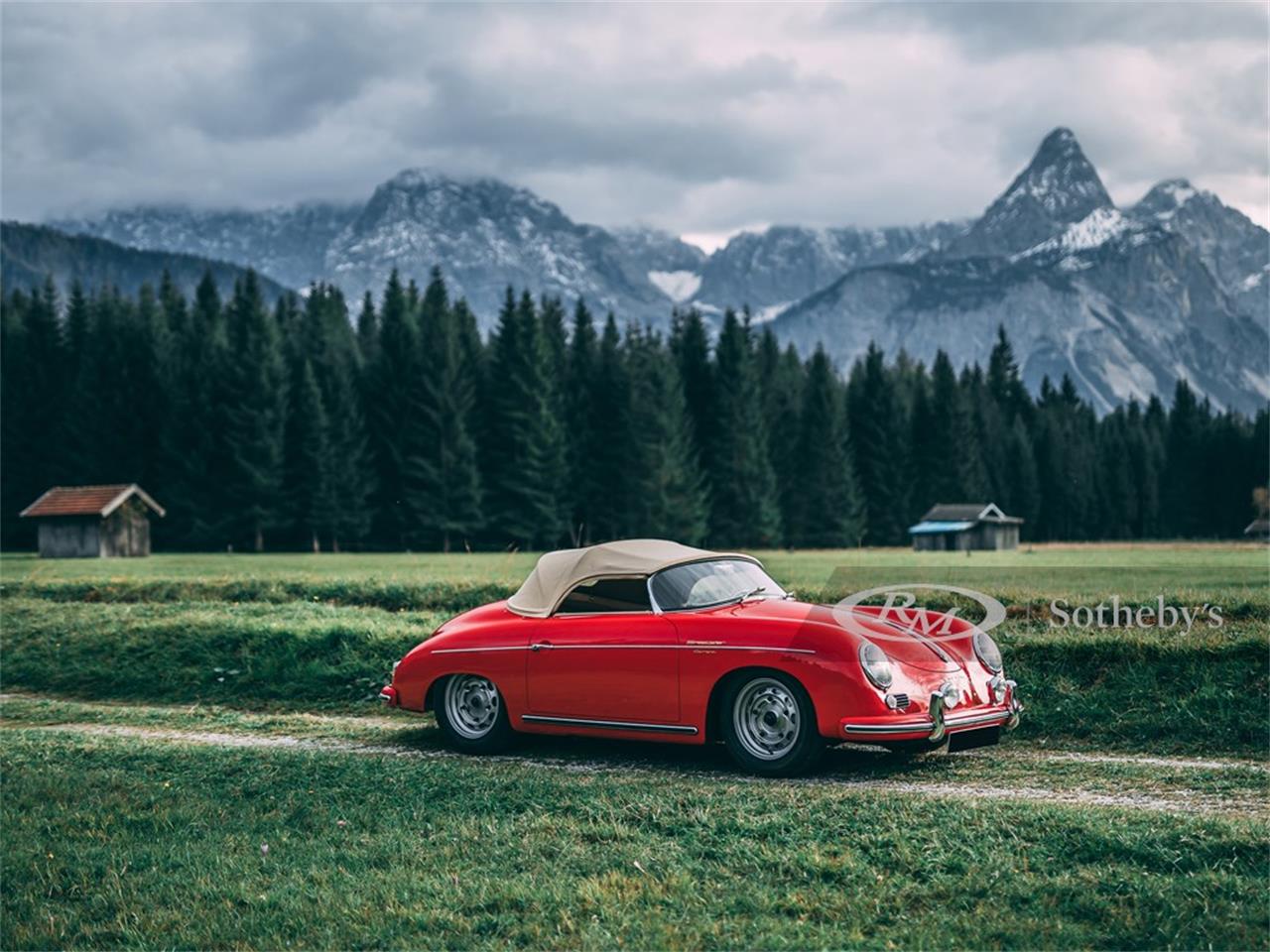 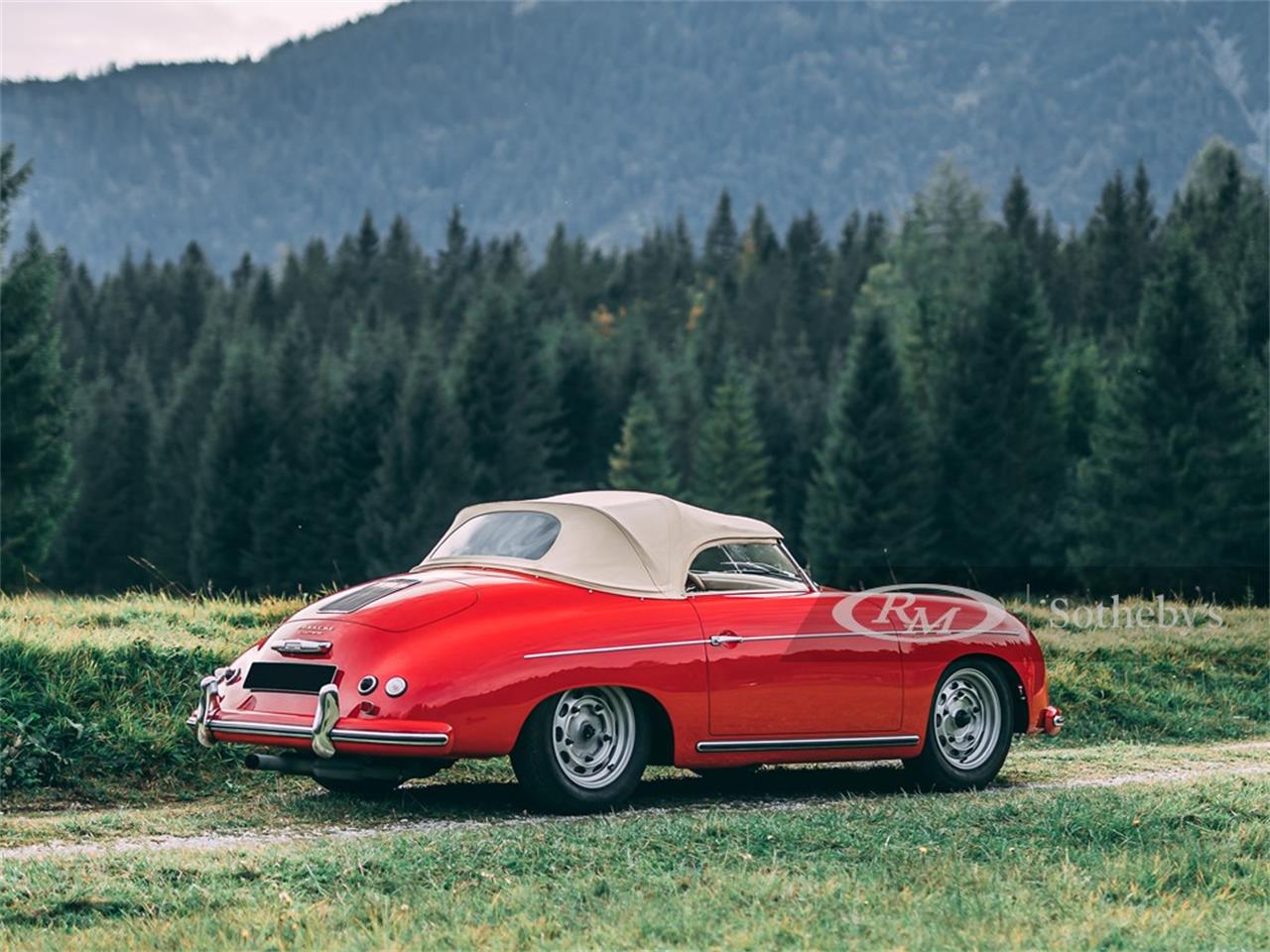 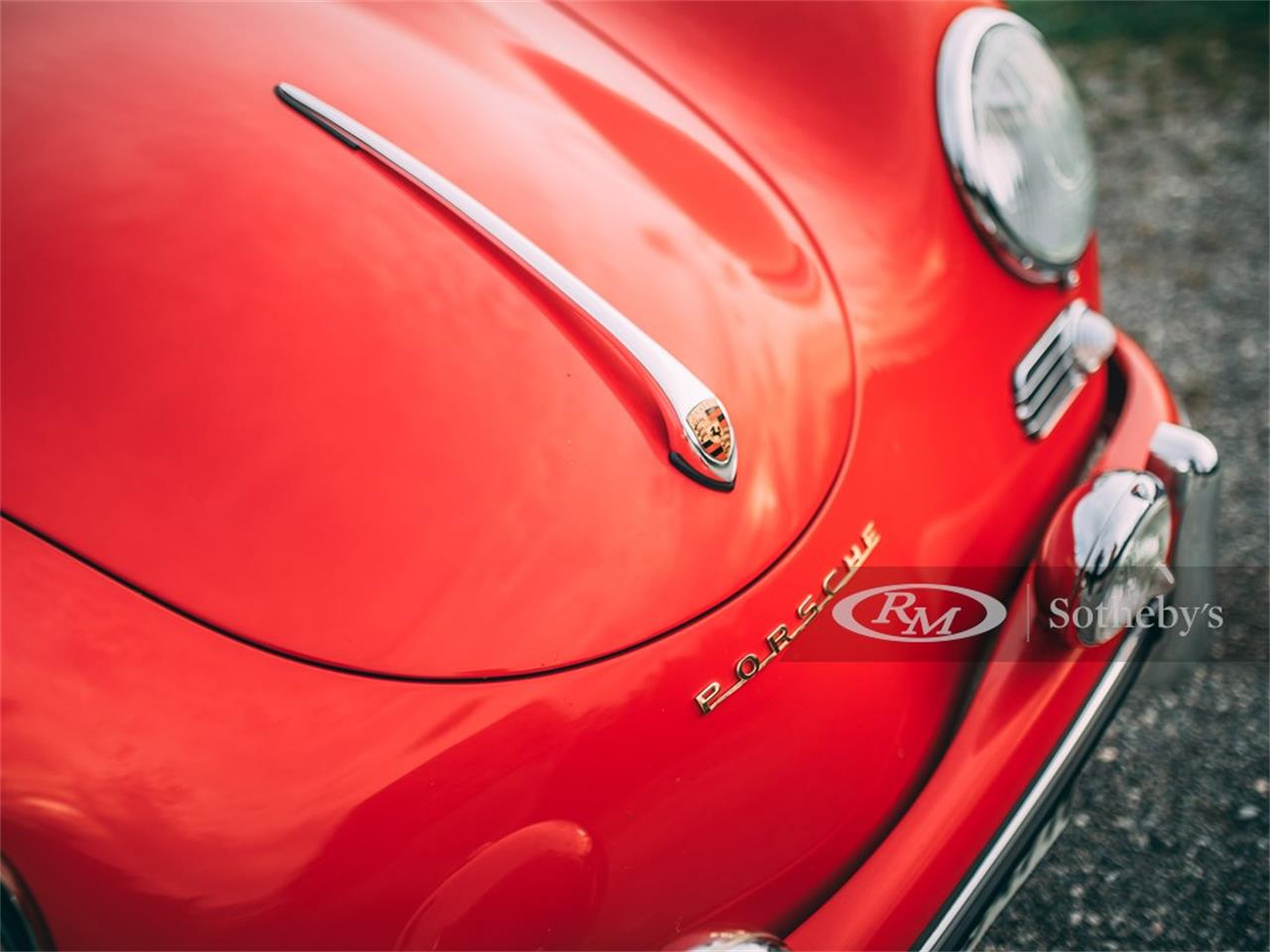 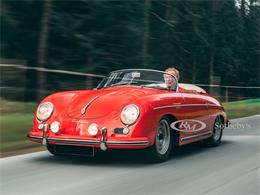 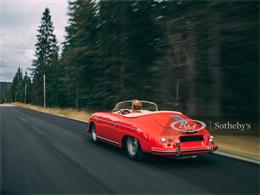 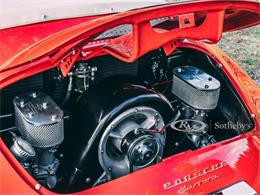 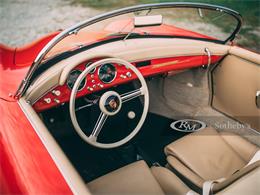 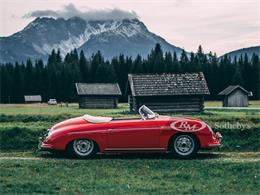 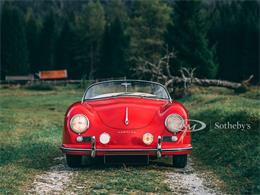 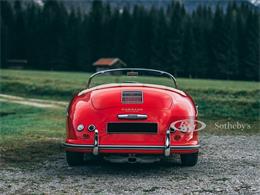 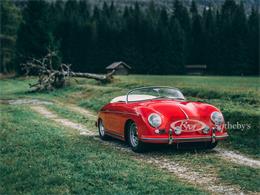 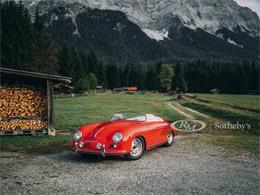 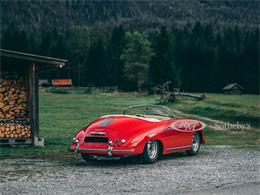 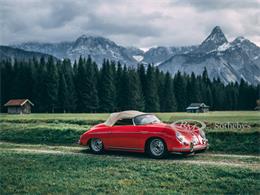 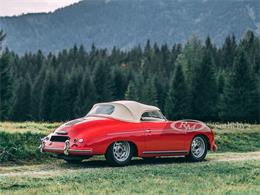 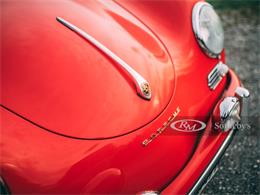 Porsche's magnificent and complex Carrera "Four-cam" engine was laid out in the early 1950s, penned by Dr. Ernst F�hrmann to power the little 550 Spyder, the company's first thorough-bred race car. This brilliant engineer would later joke that he called it the "Drawer motor" because he had to slip his design paperwork into his drafting desk drawer whenever Dr. Ferdinand Porsche entered his office - the project had not yet been approved!

After the 550's class wins in the Carrera Panamerica Mexican road races, Porsche decided to make this potent little engine available in its production coupes and open-topped Speedsters and Cabriolets. These special and very expensive automobiles would carry the name "Carrera" in recognition of those racing successes, and they are both extremely rare and much sought-after today.

The first pushrod-engined Porsche Speedster appeared in 1954, after the company's New York importer, Max Hoffman, and its West coast distributor John von Neumann encouraged the factory to offer a lightweight and spartan sports roadster to better compete in terms of price with the popular British and Italian sports cars of the day. Speedsters quickly established themselves as the cars to beat in their respective classes. After a 356 coupe fitted with a Fuhrmann engine won the grueling L�ege-Rome-L�ege Rally in 1954, Porsche installed a Type 547 four-cam into a Speedster for testing, and similar engines were fitted to a pair of 356 coupes. Low-volume production - just a hundred units - began soon afterward.

The first 356 Carrera Pre-A Speedster intended for public sale was completed in July of 1955, wrote Marco Marinello in the definitive Porsche Speedster Typ 540, and data compiled by the factory's Olaf Lang places the total of Carrera Speedsters completed at 148. Visually, these special cars were nearly identical to standard Speedsters fitted with less-powerful pushrod engines; only small gold scripts on the front fenders and tail, along with a few extra switches on the dashboard, signaled what lay beneath the engine cover. The quad-overhead cams were driven by a combination of quill-shafts - one them hollow and containing a round piece of birch hardwood, and spiral bevel gears. The built-up Hirth-patent crankshaft and one-piece connecting rods ran in roller bearings. Lubrication was by dry-sump and there was dual ignition, the distributors initially being driven from the ends of the intake cams. The 1.5-litre Type 547 developed a lusty 100 bhp at 6200 rpm, and the engine thrived at high rotational speeds. In such a lightweight chassis, performance was thrilling: In GT Speedster form with 110 hp, The Carrera's first gear was good for 65 kph (40 mph), second to 112 (70 mph), third brought 160 (100 mph), and almost 193 (120 mph) flat out.

According to its factory Kardex, this wonderful example bearing chassis number 81062, was completed on 13 December, 1955, and factory data confirms it to be the seventh Carrera Speedster of only fifteen Pre-A Carrera Speedsters built. The Kardex indicates the red-over-tan car was fitted with an early-production (one-piece fan shroud) 1,488 cc four-cam engine - number P90523 - and a four-speed manual transmission, stamped with number 7574H. After being finished to U.S.-specifications with sealed-beam headlamps and instrumentation in miles, it was shipped to Hoffman Motor Company in New York. The Kardex lists its first owner as a Mr. E.H. �belhoer, and there are two entries for dealer service at Hoffman's, on 5 October 1956 and again on 31 May 1957.

From this point, the provenance of 81062 grows briefly cold. It appears that it passed through the hands of Mr. Robert von Bereghy of Milwaukie, Wisconsin in early 1978, as that gentleman wrote to the factory requesting more information about the car. The next known owner was the late Carrera Speedster authority and collector Stephen Heinrichs. Somewhere along the way, the original engine was separated from the car, but Heinrichs was able to track it down and return it to the car. The car eventually was sold and registered to Mike Marix at The Candy Store in Palm Springs, California. He, in turn, sold it to Seattle, Washington-area car collector John McCaw.

McCaw sent the car to the renowned John Willhoit Auto Restoration in Long Beach, California, where a comprehensive, show-quality mechanical and cosmetic overhaul was carried out over a 2� year period. After the usual rust repairs and metal-finishing were completed, the car was resprayed in its original Speedster Red, and the interior reupholstered in fresh tan leather from Autos International, which also supplied a new folding top and side curtain set. A new windscreen was installed. All the instruments were refurbished by North Hollywood Speedometer, and Willhoit was able to re-use much of this car's original trim. A correct new twin-outlet exhaust system was fitted, and Willhoit also included a new "Spyder" extractor exhaust sourced from Germany. New "Turbine" asymmetrical trim rings were fitted on all five wheels. A pair of bumper-mounted driving and fog lamps was installed.

The next stop for this beautiful Carrera Speedster was a collector in Oregon, who in turn asked Willhoit to put it on the market. It was brokered to the current owner through Classic Parts in Saarbr�cken, Germany. Upon its arrival in Europe, the consignor sent it to the world-renowned Carrera specialist Karl Hloch in Schorndorf, Germany, who refreshed the engine and changed the crankshaft from roller bearings to plain bearings to improve drivability and reliability. It is now in beautiful operating condition. Importantly, the car is offered with its original 16-inch steel wheels, as well as a set of side curtains.

This is one of the first Carrera Pre-A 1500 GS Speedsters built and is surely one of the finest in the world. It is Mille Miglia eligible and would make a worthy addition to any collection of fine and historically-important sports cars.
To view this car and others currently consigned to this auction, please visit the RM website at rmsothebys.com/en/auctions/lf20. 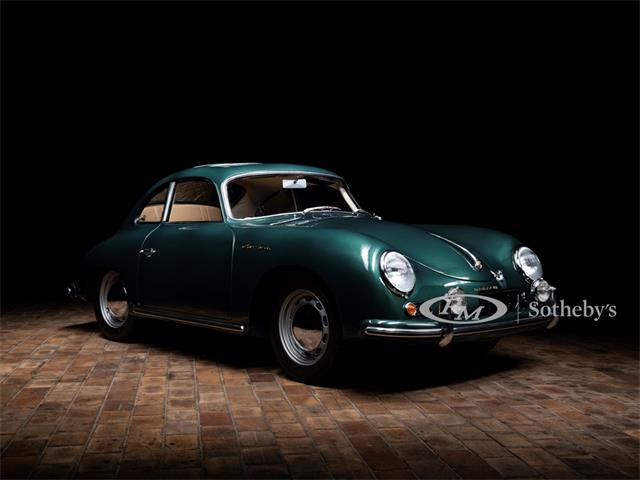 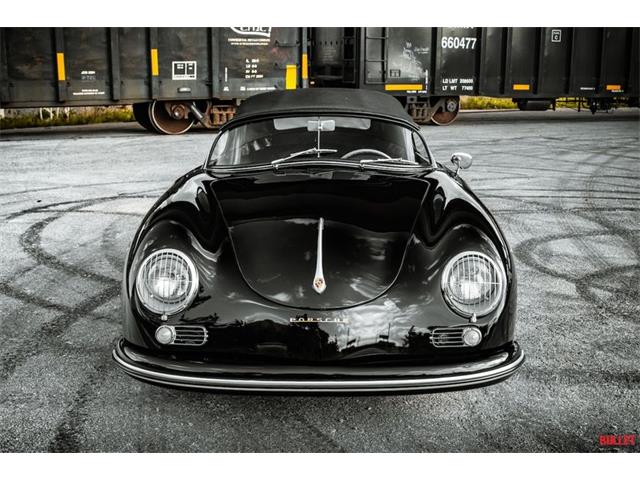