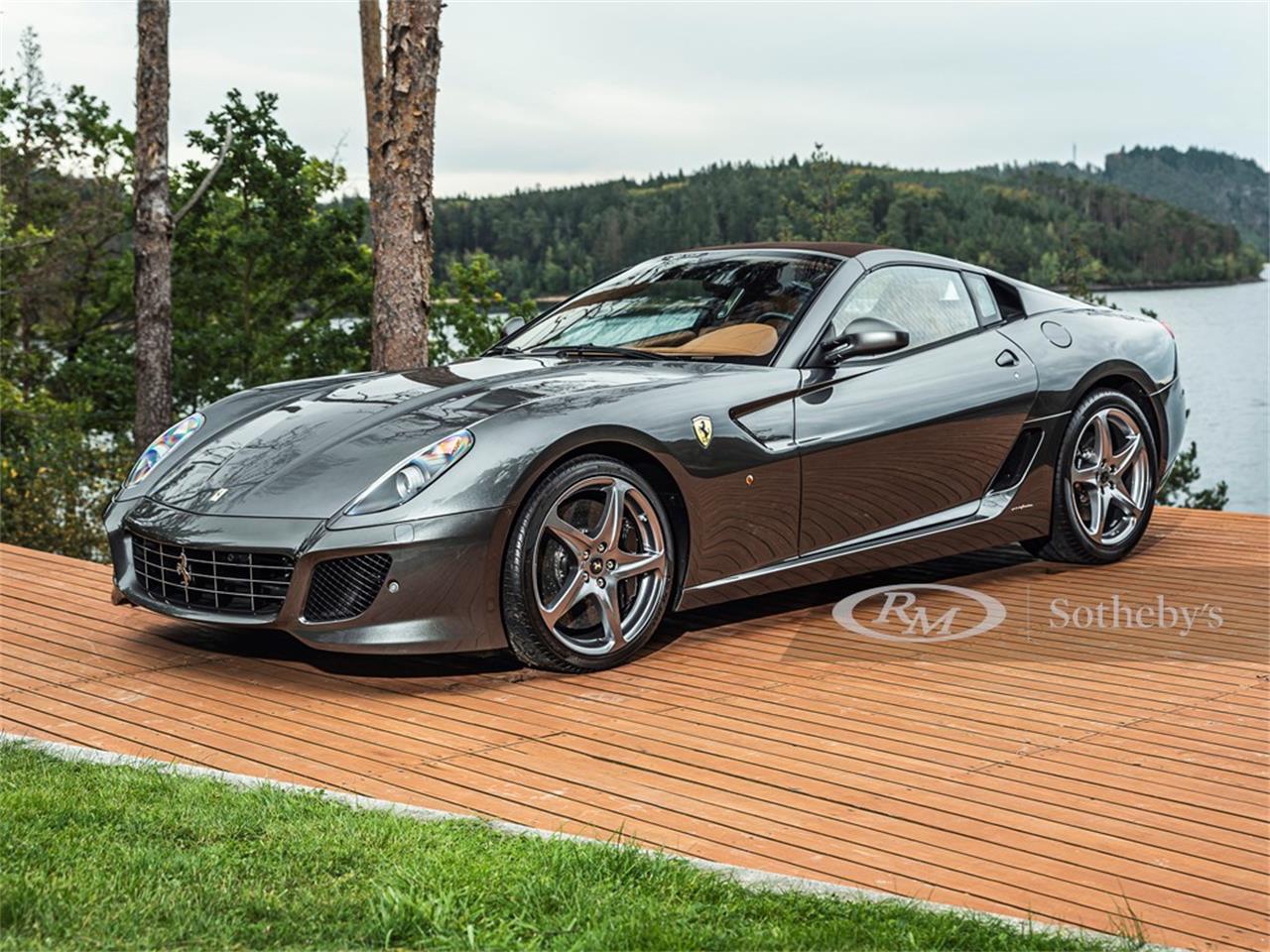 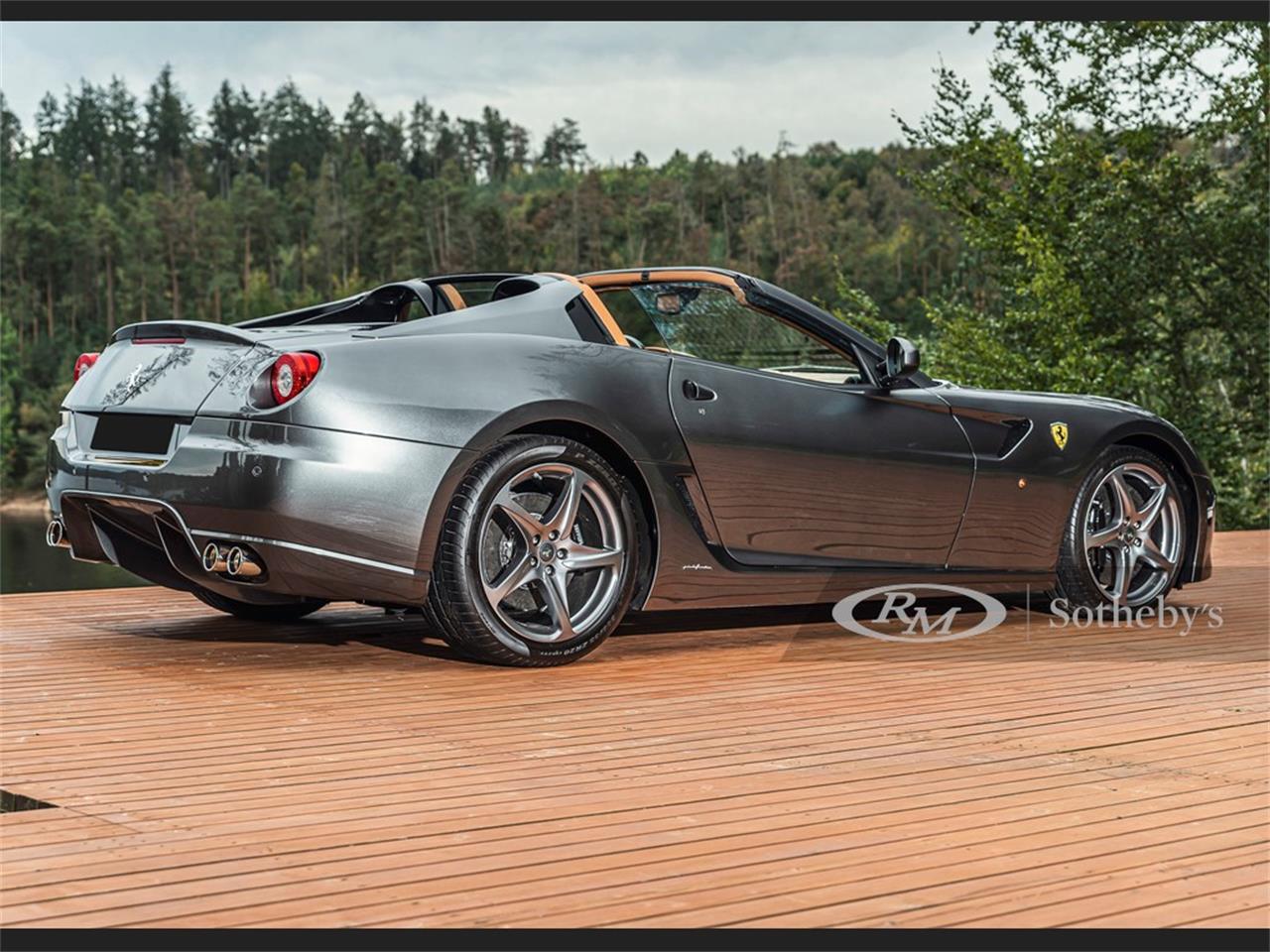 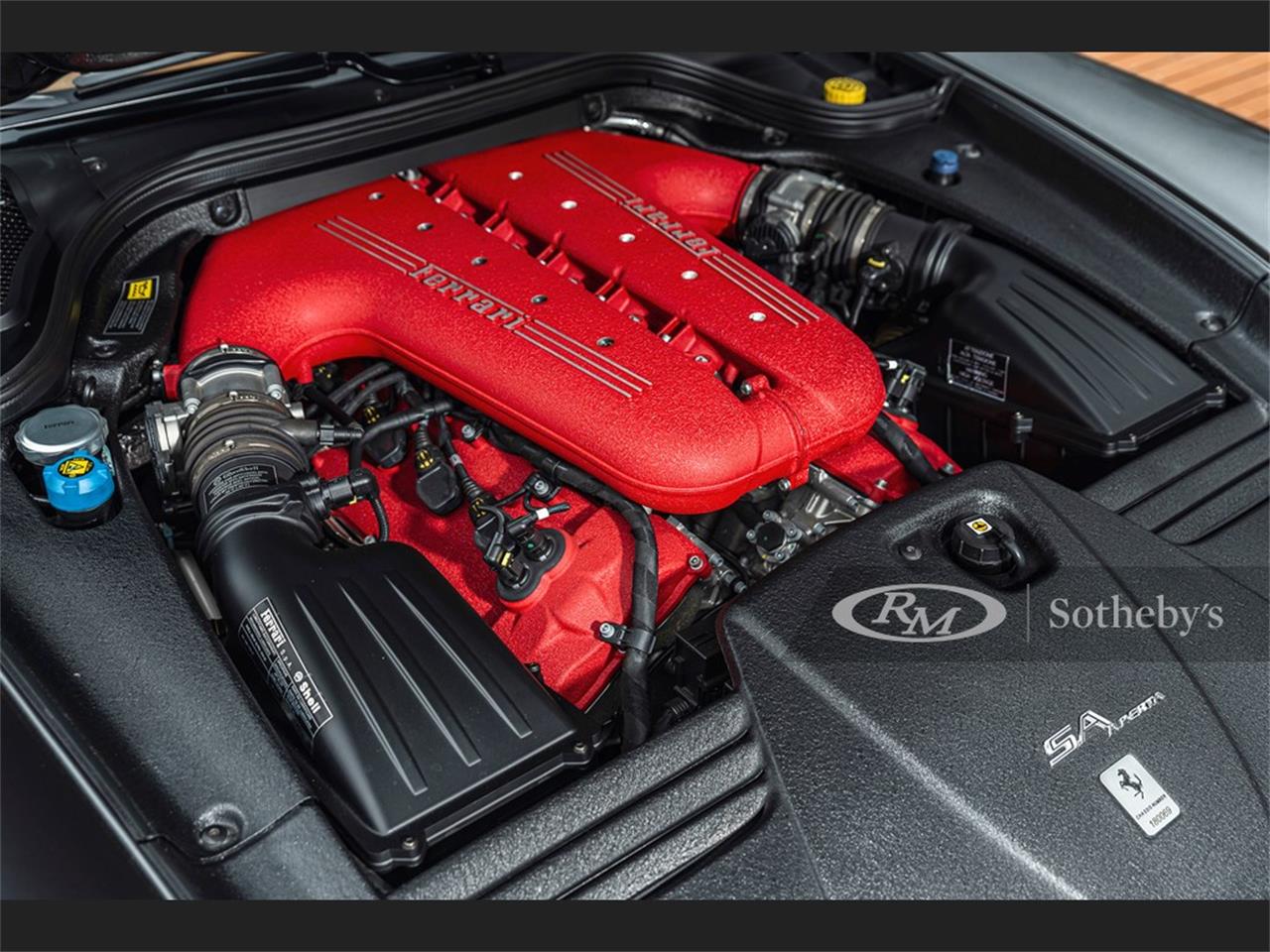 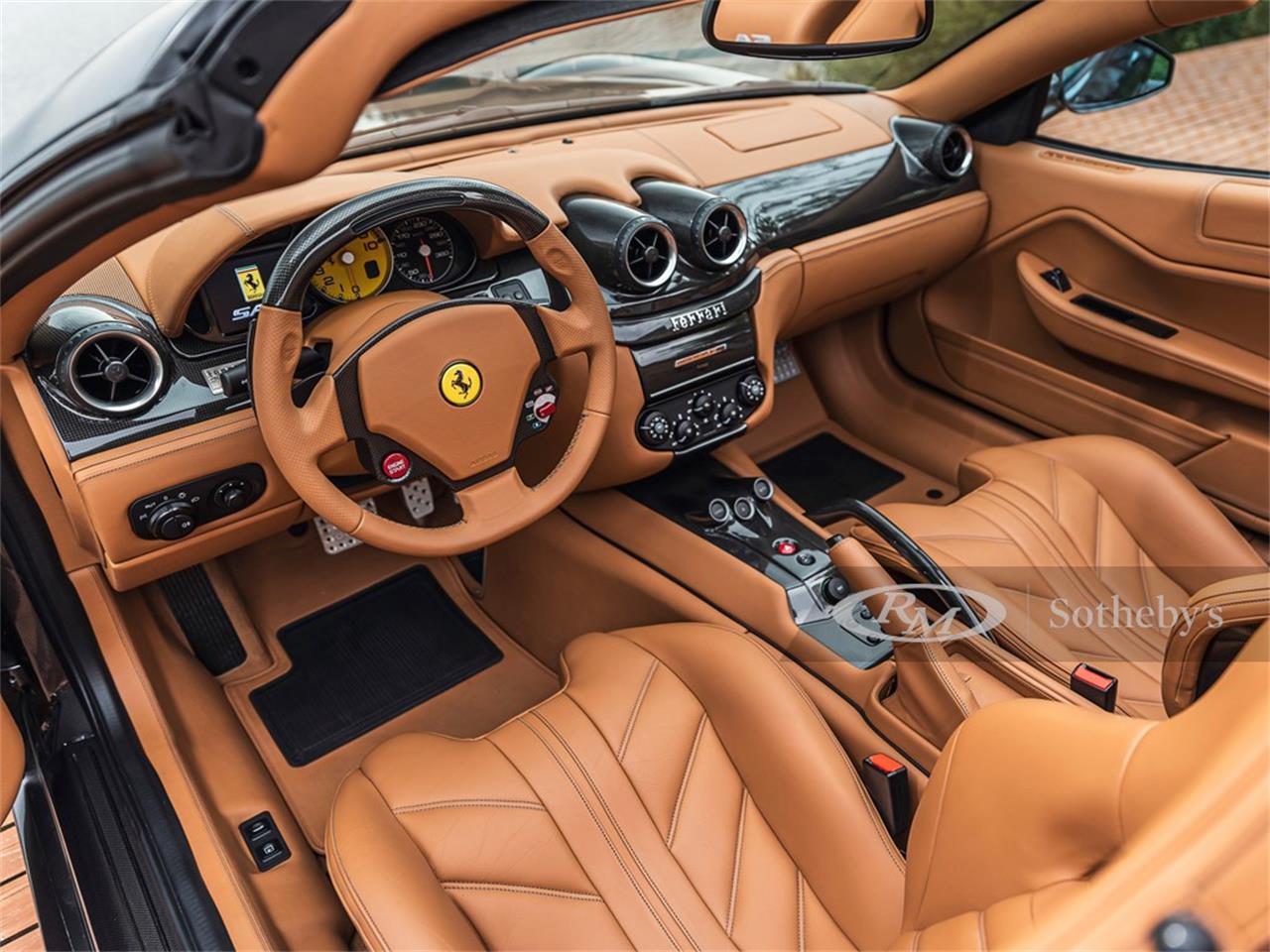 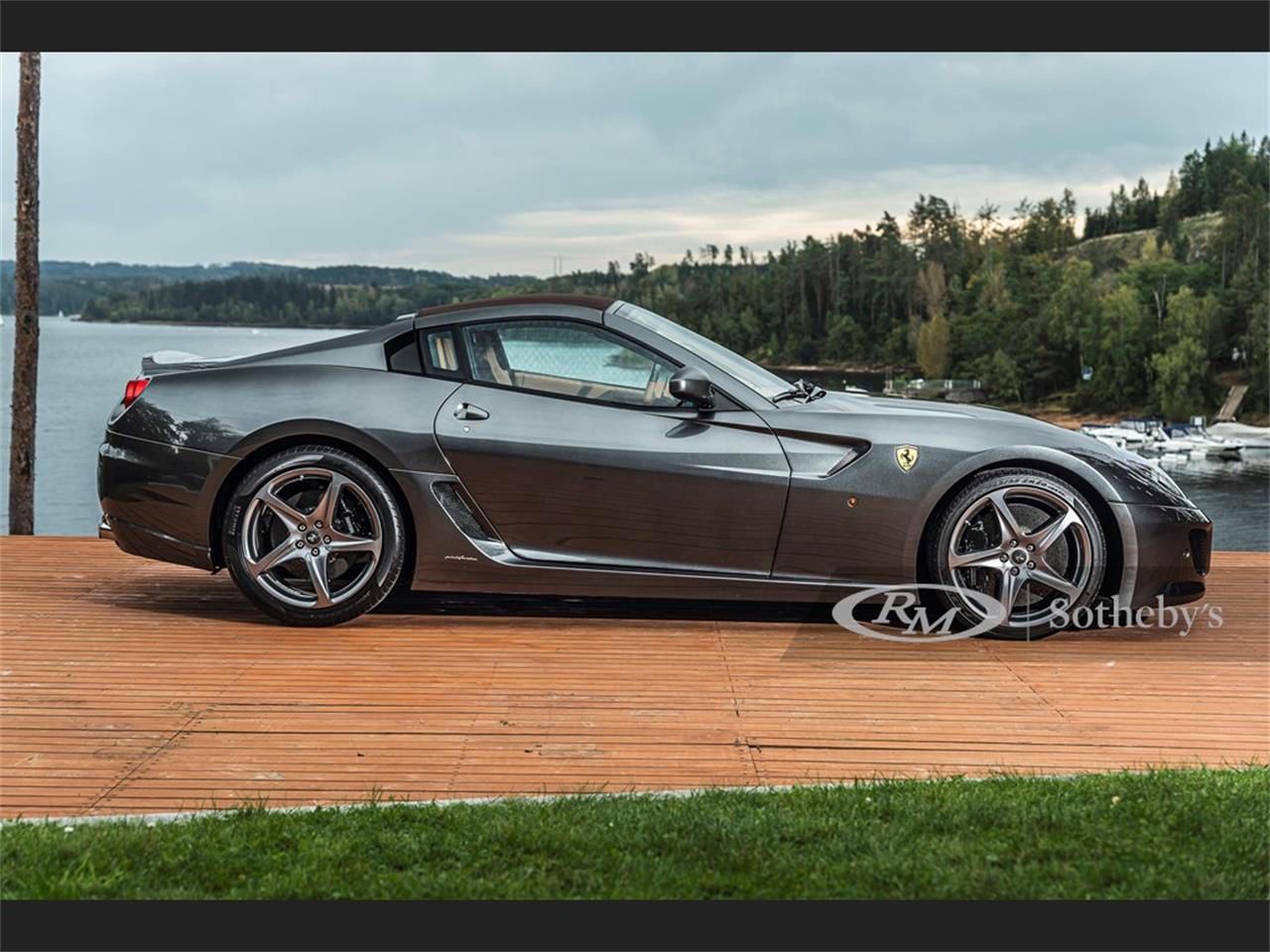 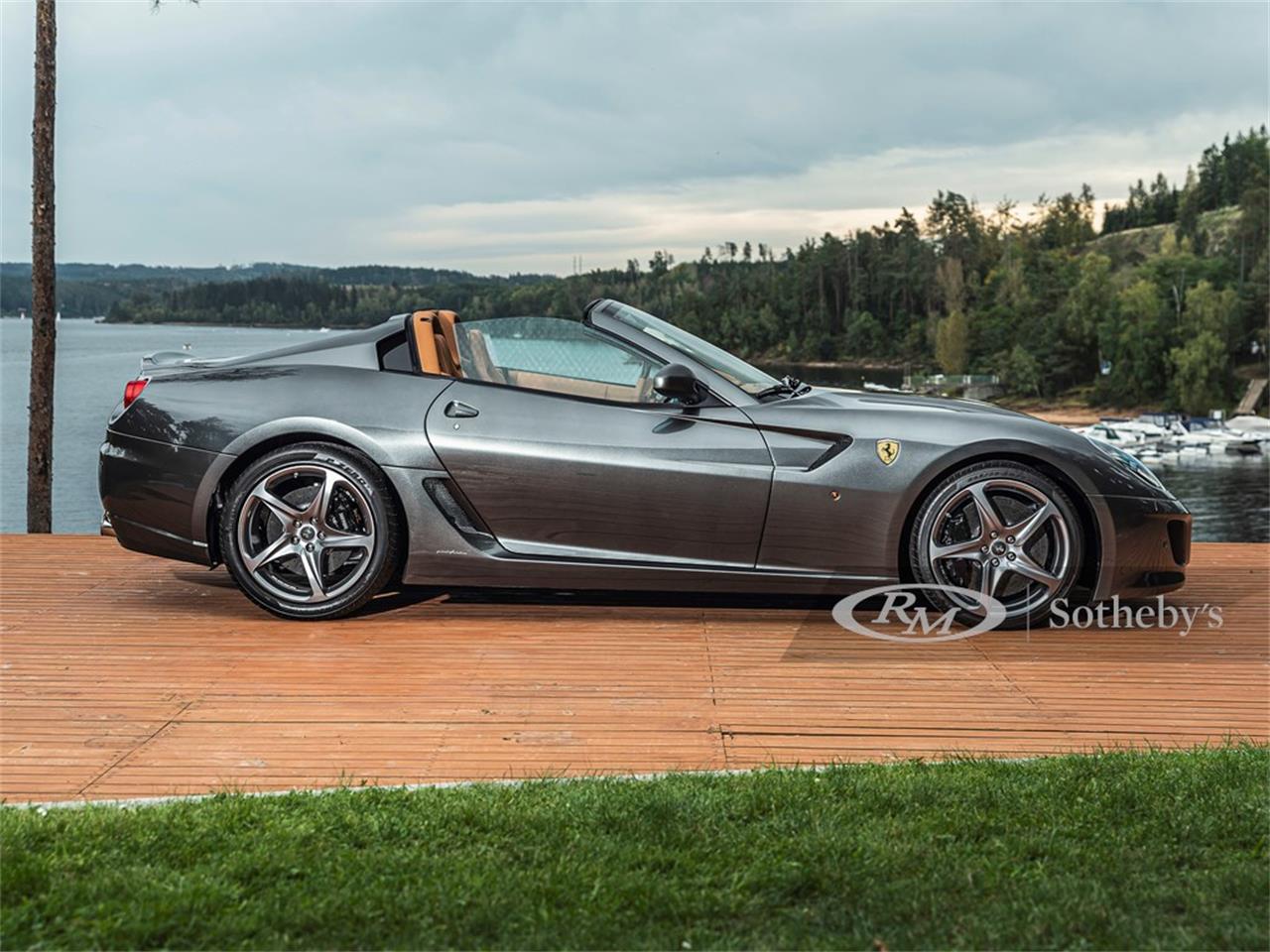 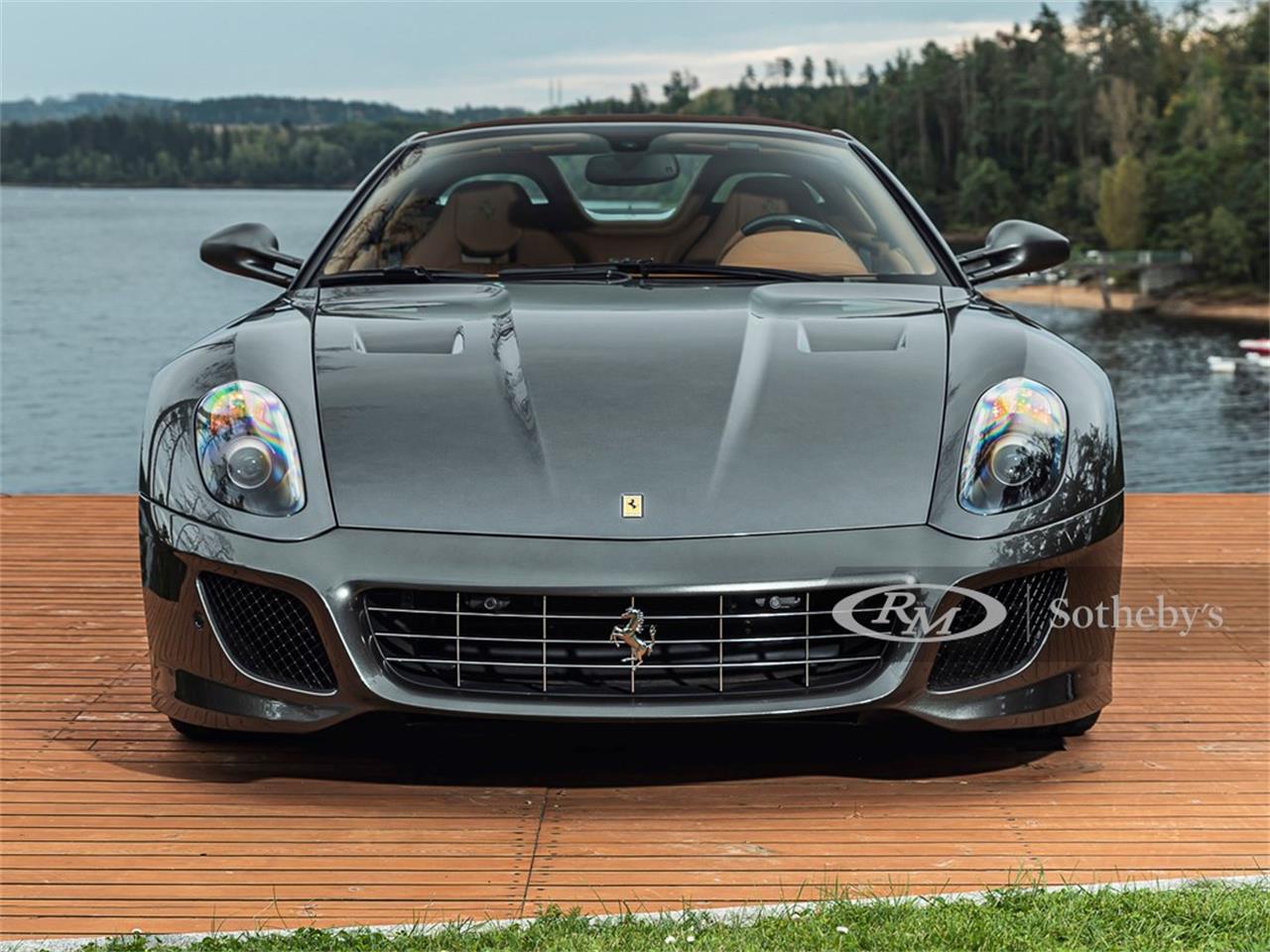 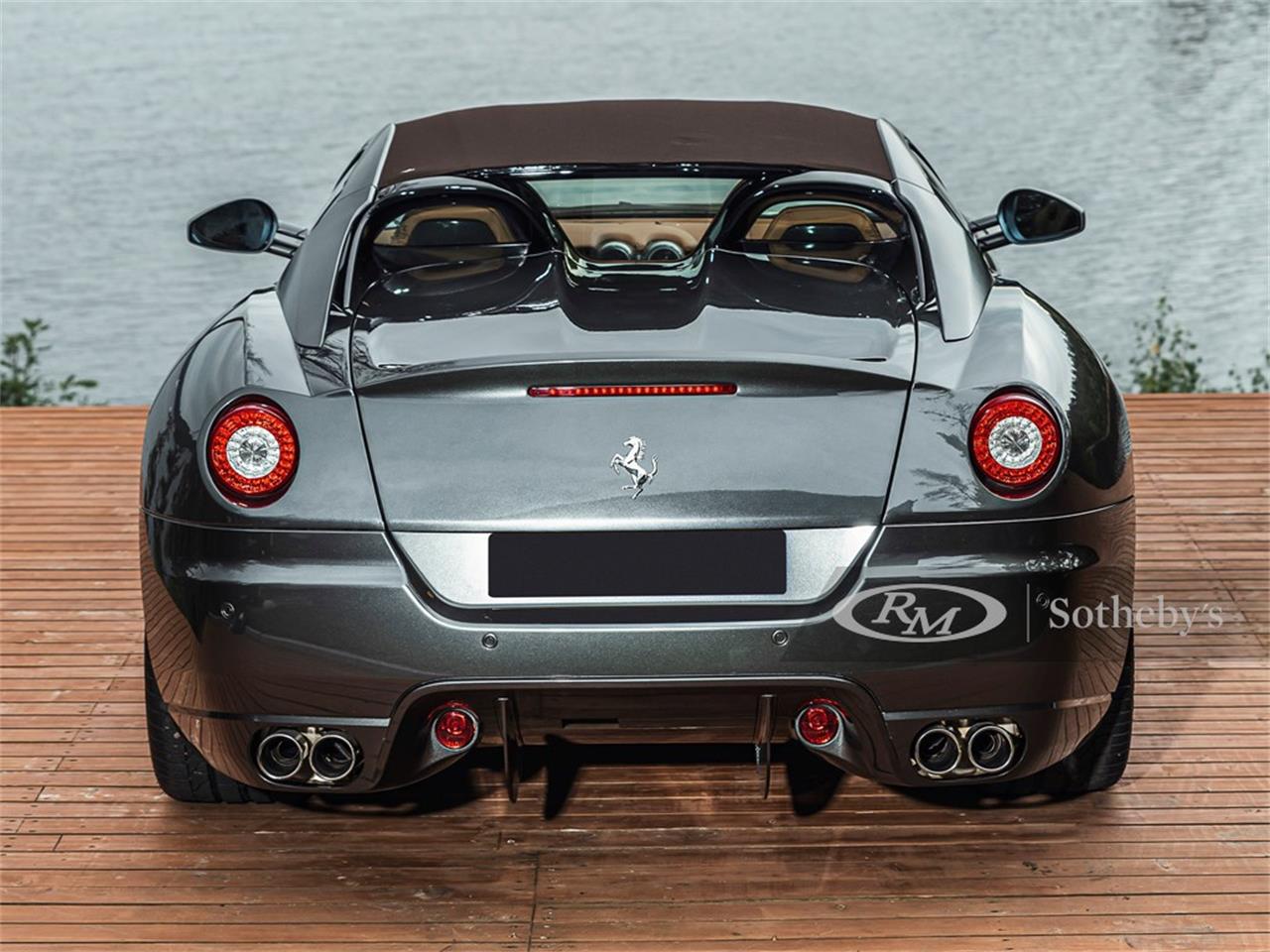 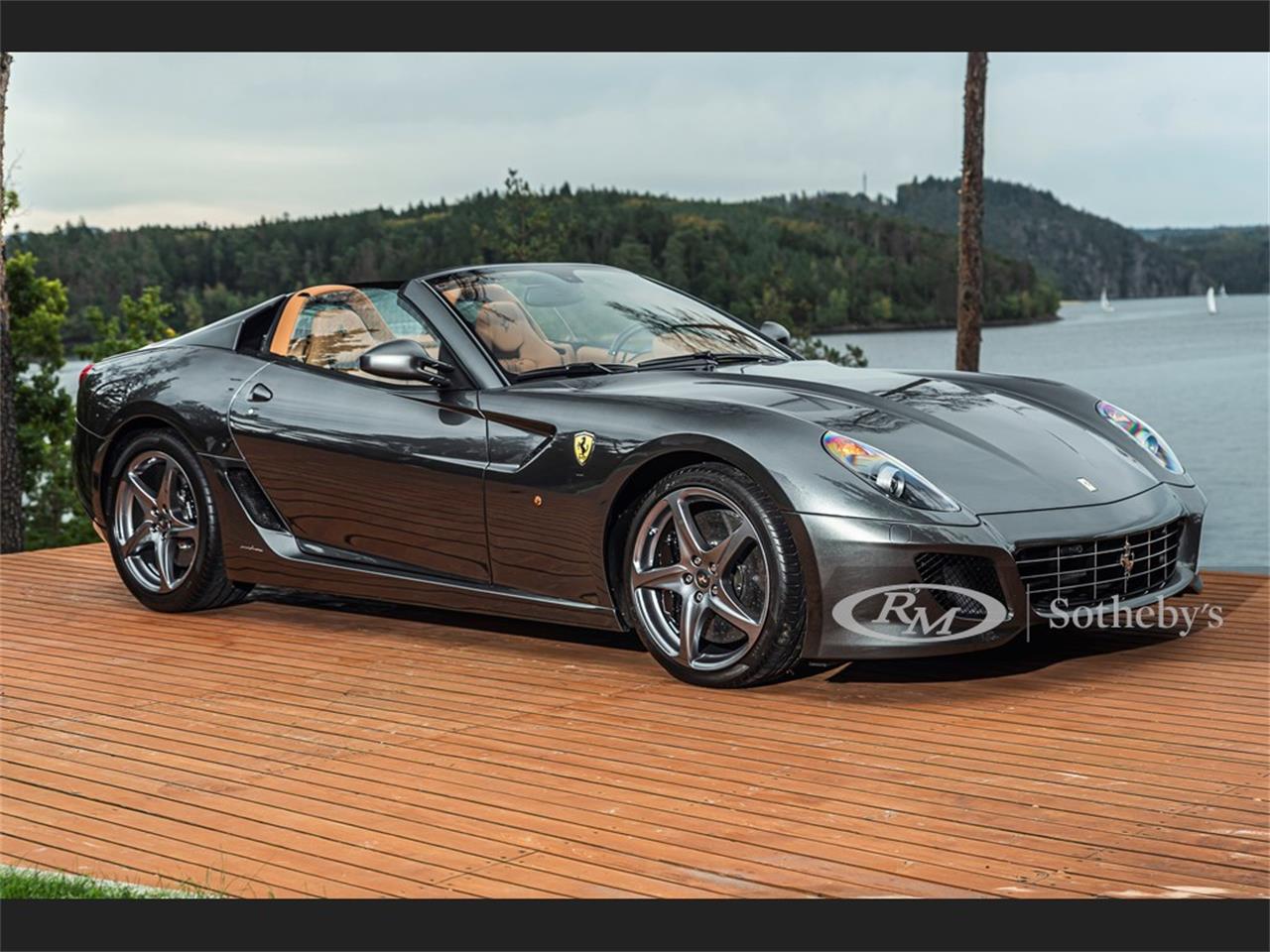 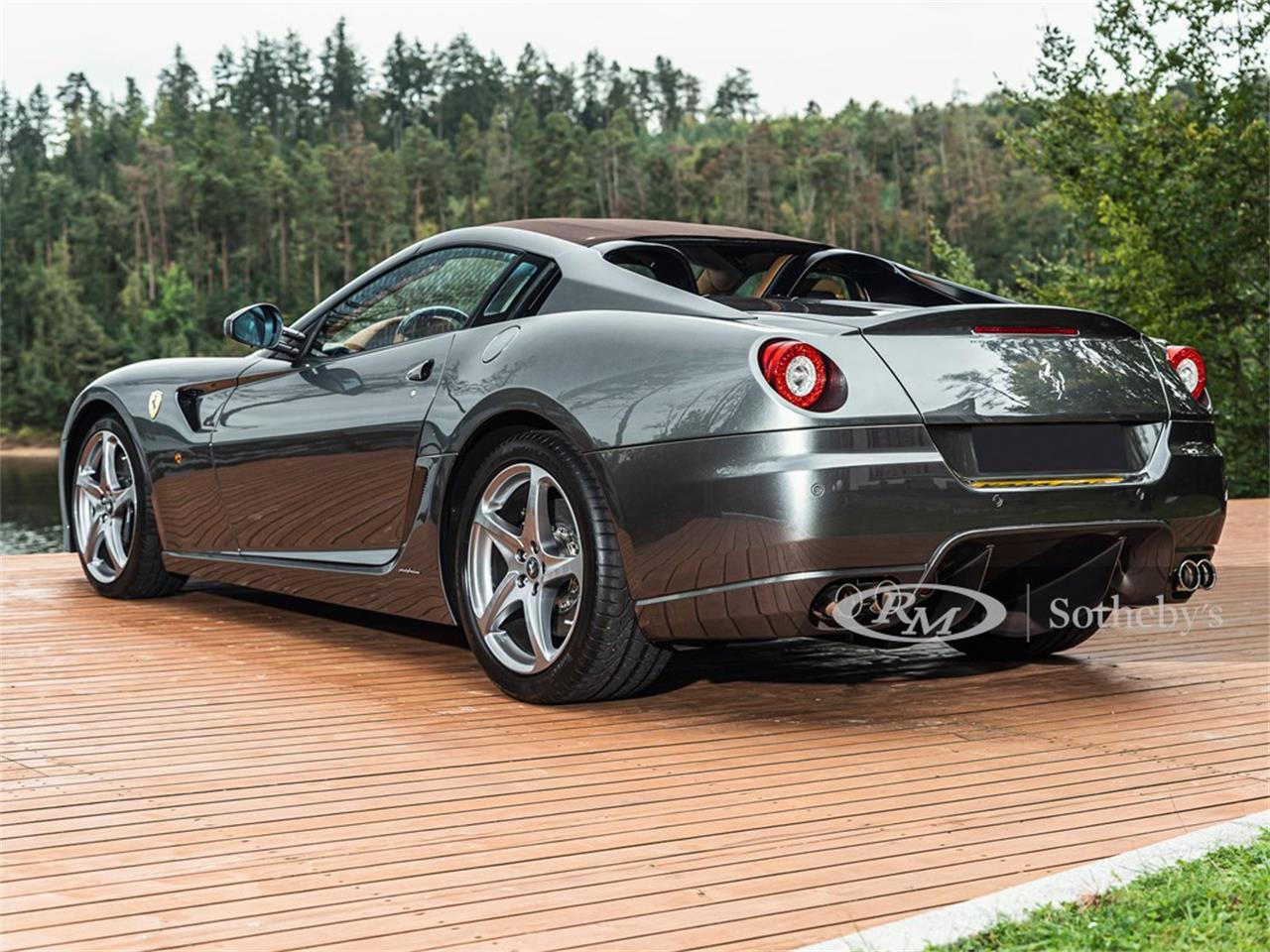 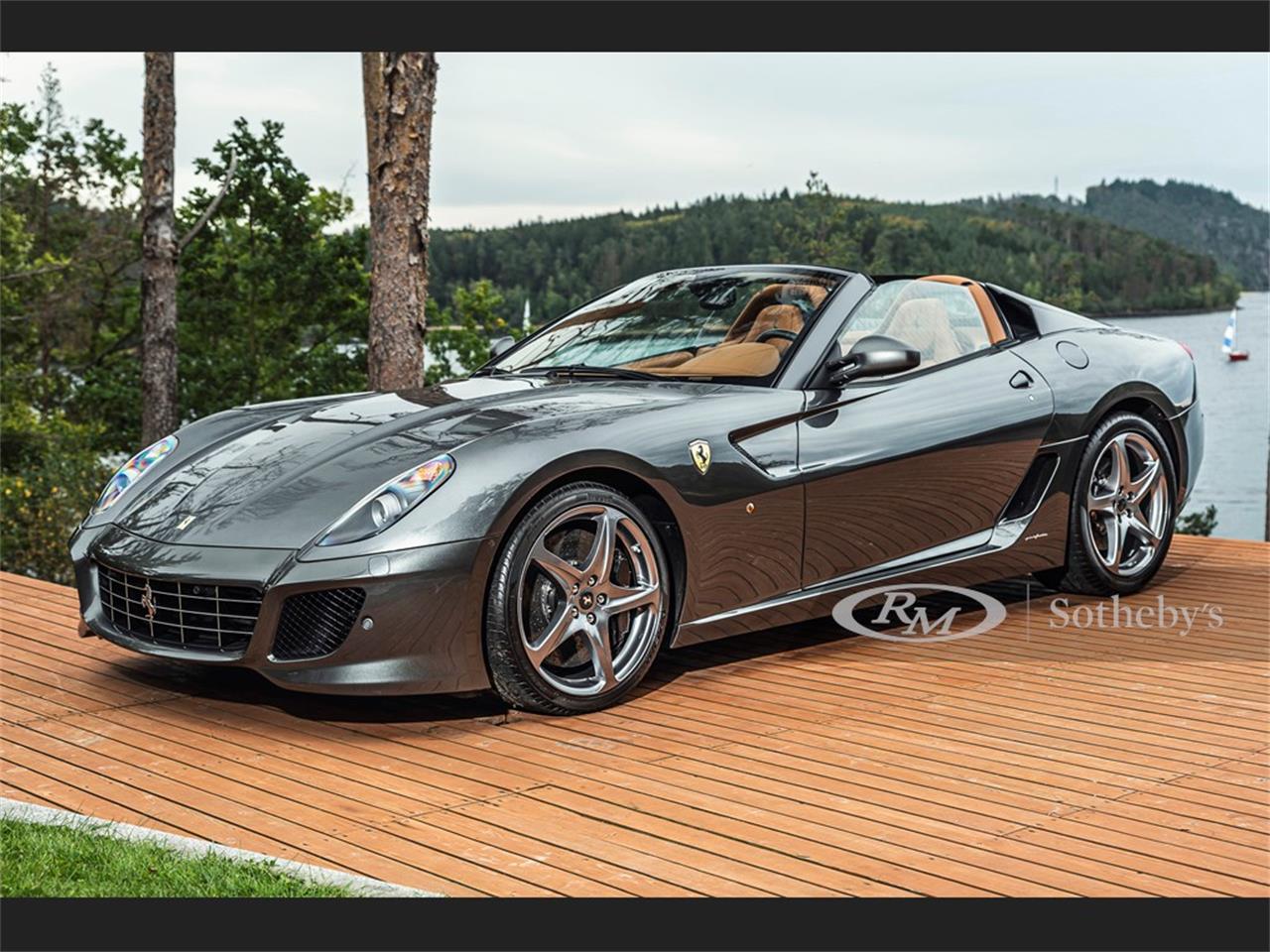 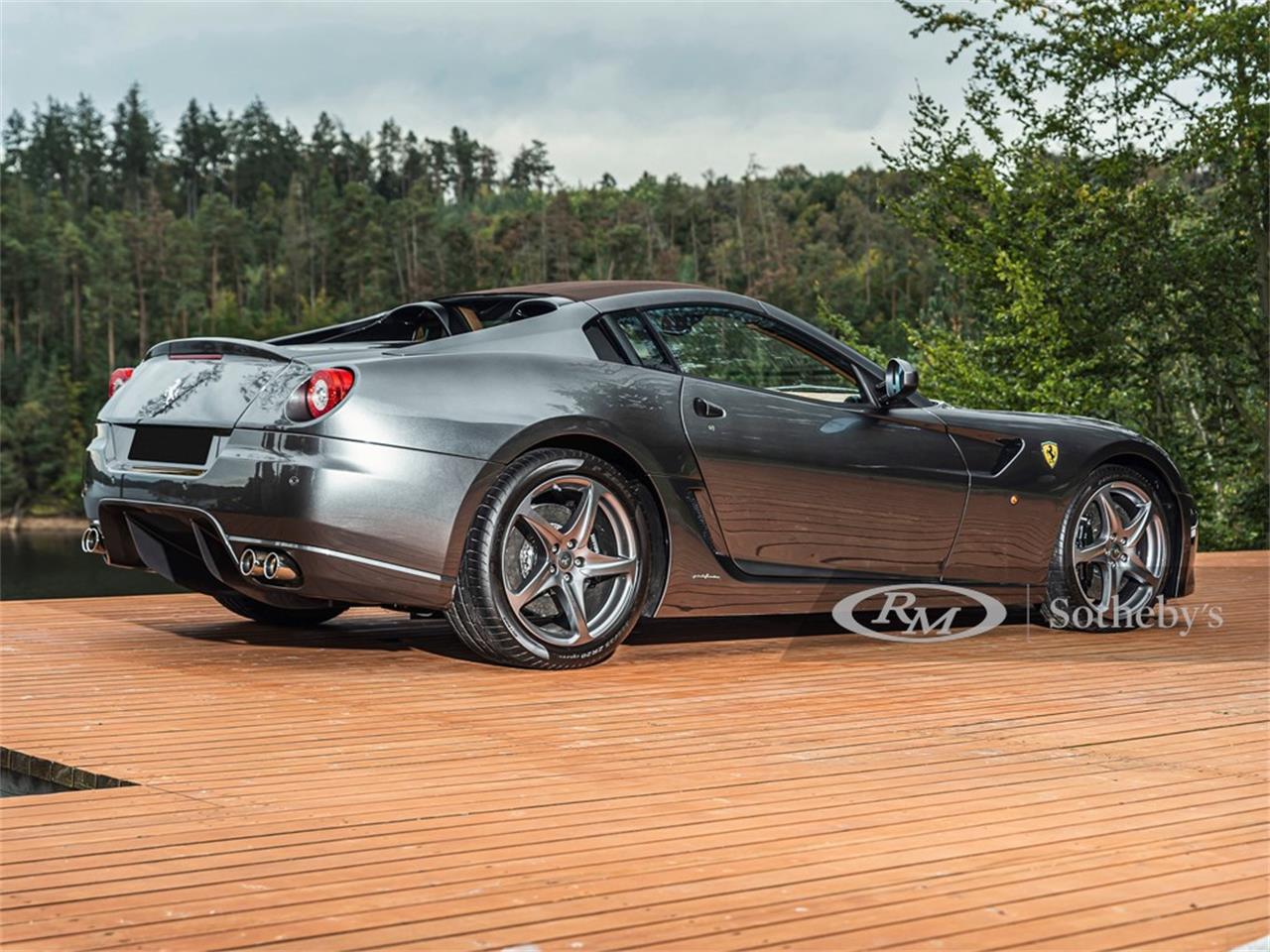 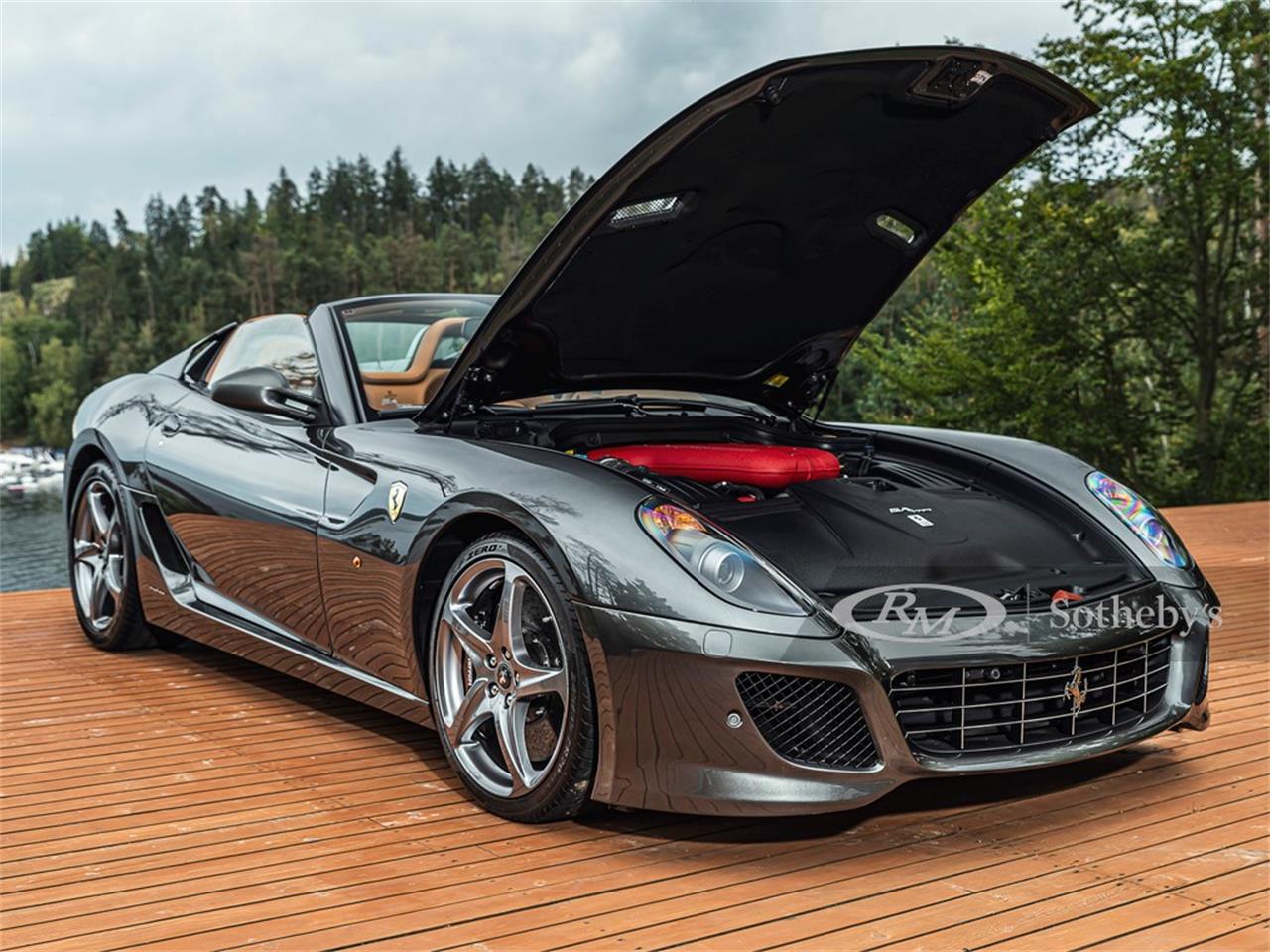 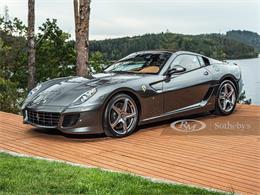 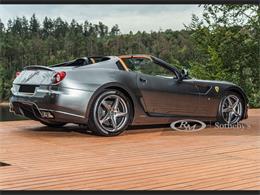 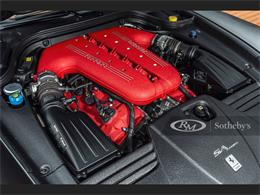 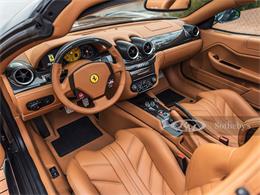 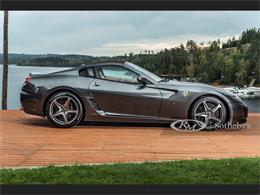 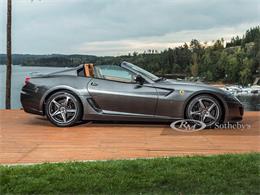 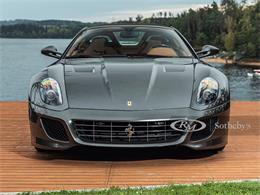 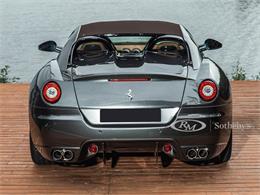 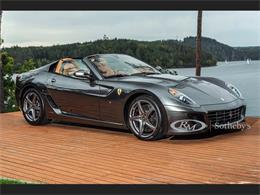 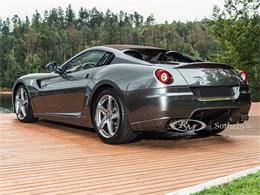 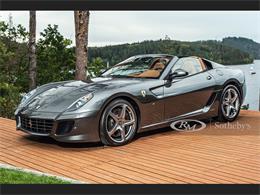 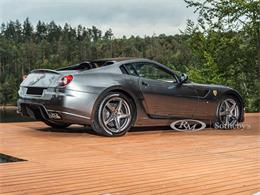 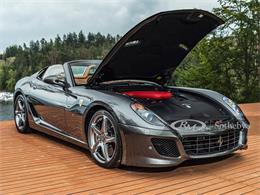 Please note this motor car has either been driven for no more than 6,000 kilometres or is less than six months of age from new. For this reason please note that the car may be considered 'as new' for VAT purposes if removed from its current country of registration. Please contact RM Sotheby's for further information regarding this.

Announced at the Paris International Motor Show in 2010, Ferrari's 599 SA Aperta carried on the marque's tradition of creating limited-edition drop-top V-12 grand tourers, which included the 550 Barchetta and the 575 Superamerica. Only eighty examples would be produced, and all eighty cars were pre-sold by the time the car was announced publicly.

Although the SA Aperta was built utilizing the 599 GTO's chassis and drivetrain, Ferrari intended for the SA Aperta to have a softer personality than the GTO, which was intended to be a road-legal version of the 599XX. The windshield was given a steeper rake and two aerodynamic fins were crafted behind the roll bars, recalling the flying buttresses on the standard 599 GTB. Both the suspension and the exhaust were tuned to be slightly less aggressive than the 599XX and 599 GTO, making it all the more comfortable for long-distance touring.

Built as a European-specification example, it was delivered to a collector based in Athens, Greece in July in 2011 through Ferrari's official dealer in Athens. It was then exported by him to his residence in the U.K. and remained there until it was acquired by the consignor in January 2016. The car was then exported to the Czech Republic and it has remained in Prague with its owner ever since, yet has not been registered in his name. In his custodianship, the car was serviced by Scuderia Praha, the official Ferrari dealership in Prague in both June 2016 and August of 2018, and just this month has been serviced again. It has been driven less than 1,000 km from new and presents in excellent condition both inside and out.

Arguably the prettiest of the 599 family of Ferrari's the SA Apertas are truly excellent cars, beloved by their owners for their road manners and usability without the compromise of performance. A wonderful addition to any collection of Ferraris or modern exotics, this low-mileage example is presented in excellent condition through in a truly stunning colour scheme which perfectly suits the subtler personality of the SA Aperta.
To view this car and others currently consigned to this auction, please visit the RM website at rmsothebys.com/en/auctions/lf20. 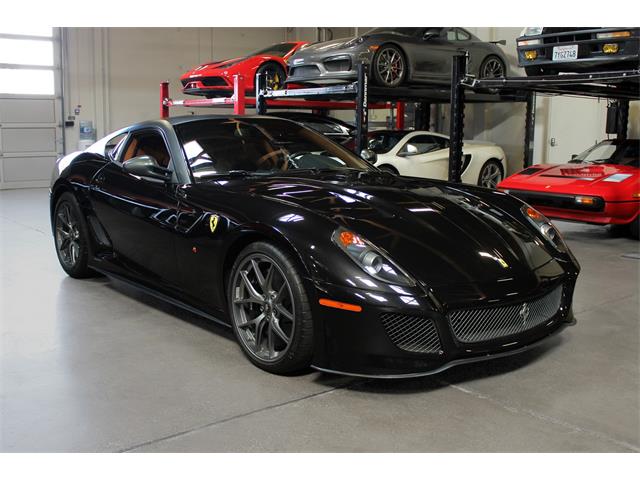 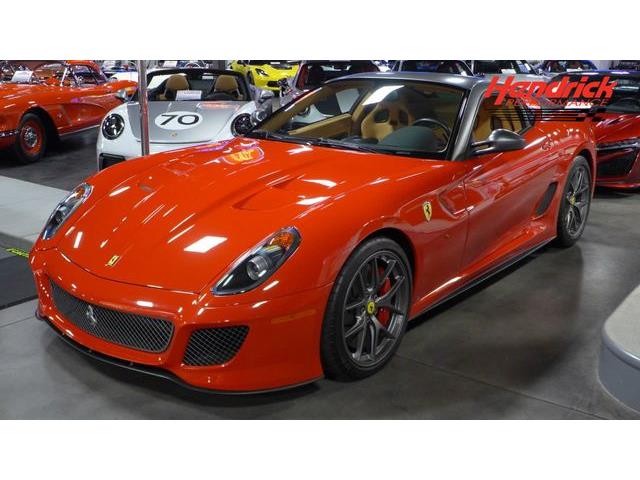 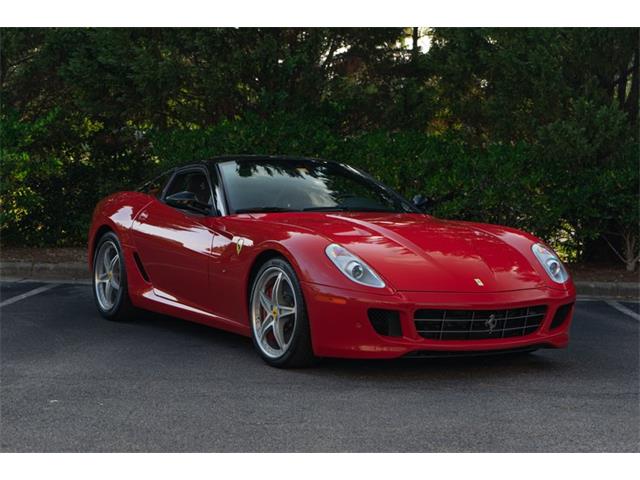