For Sale at Auction: 2005 Ford GT in Hershey, Pennsylvania 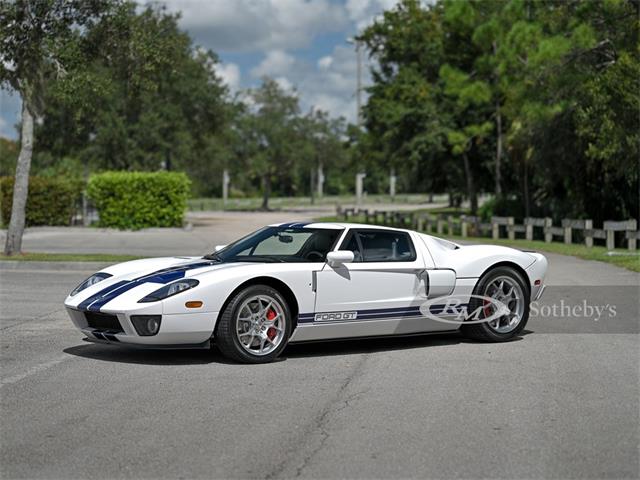 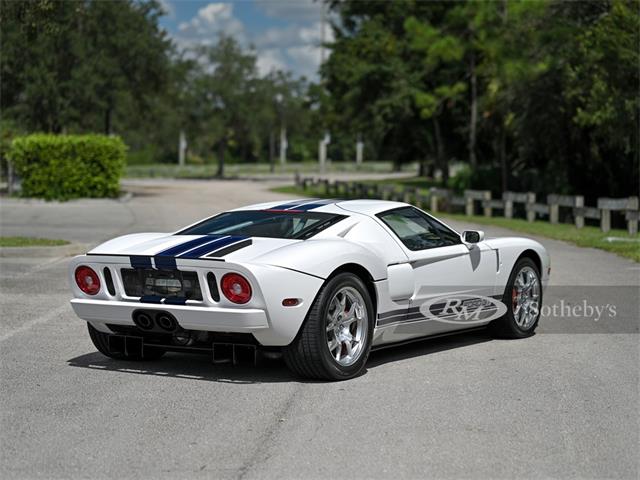 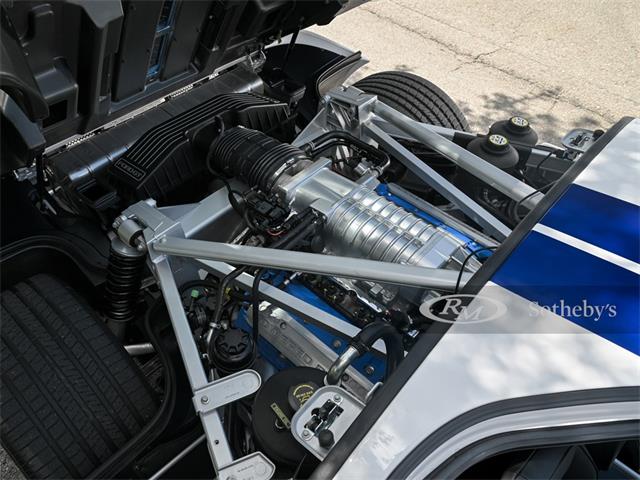 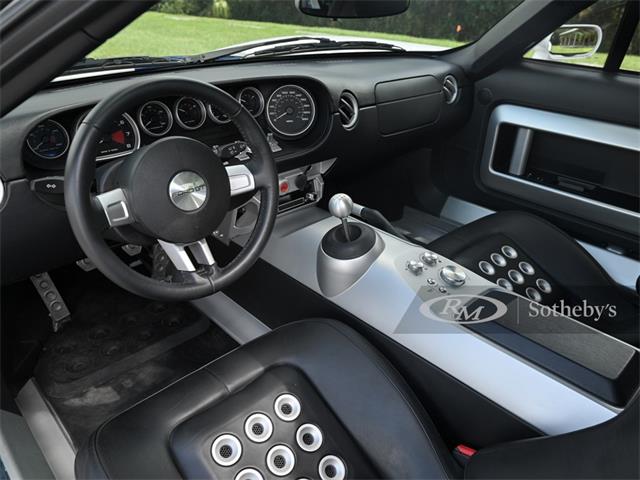 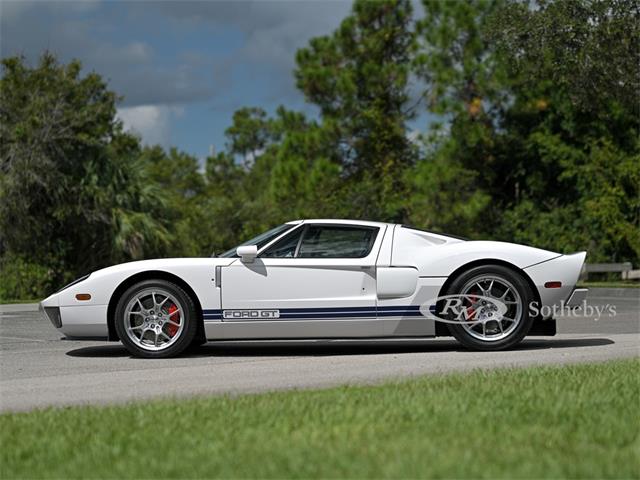 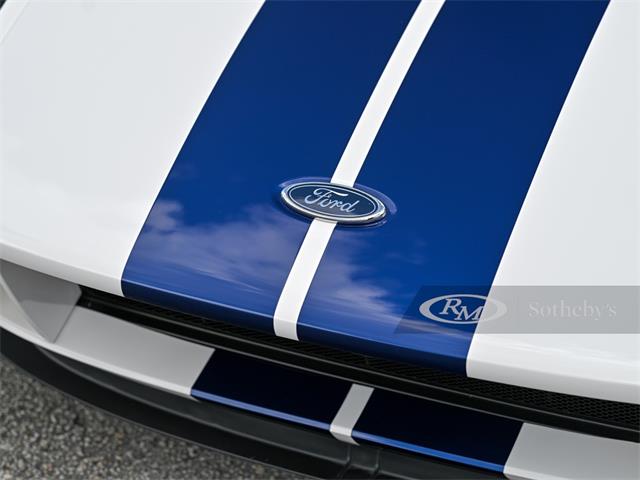 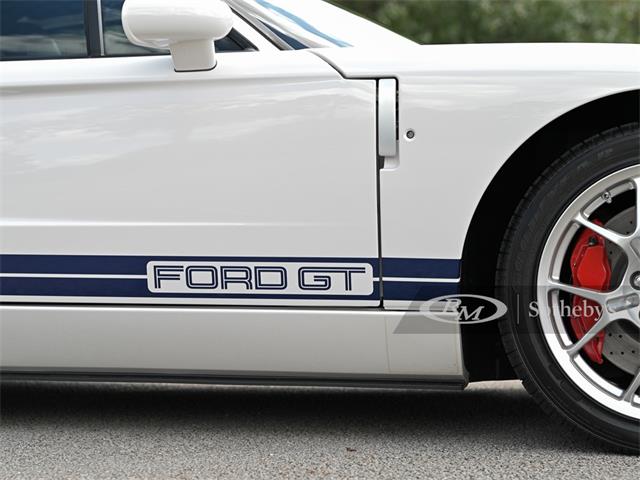 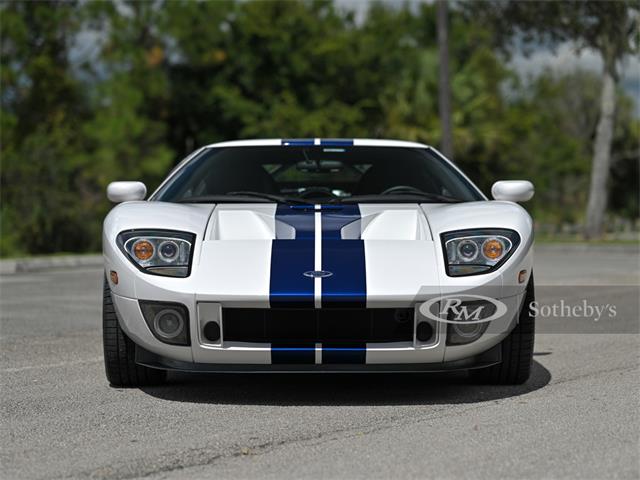 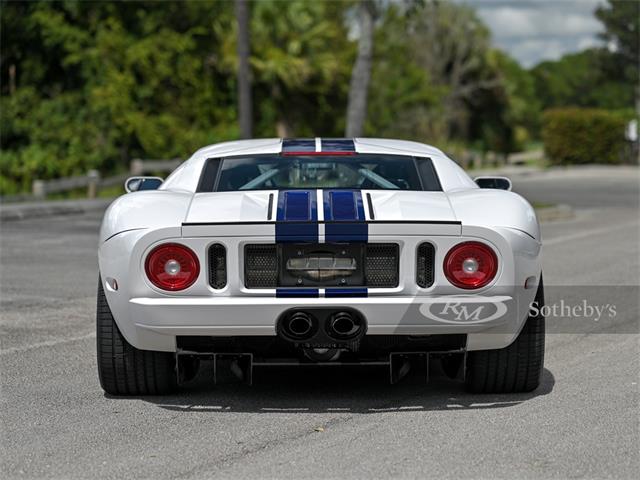 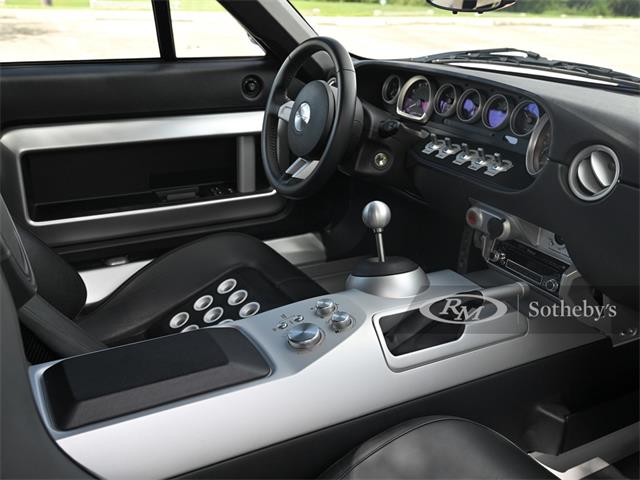 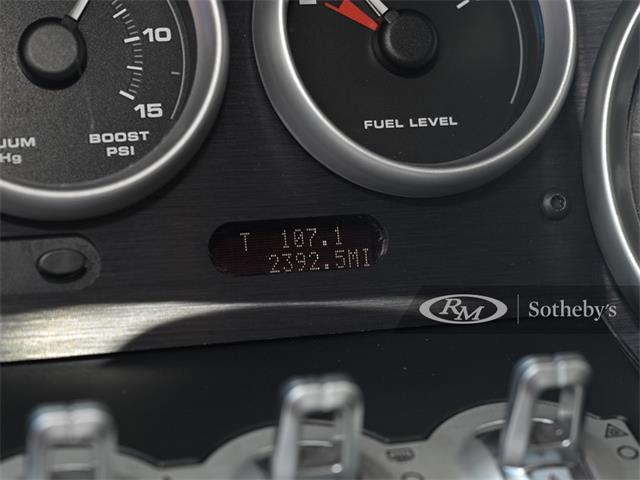 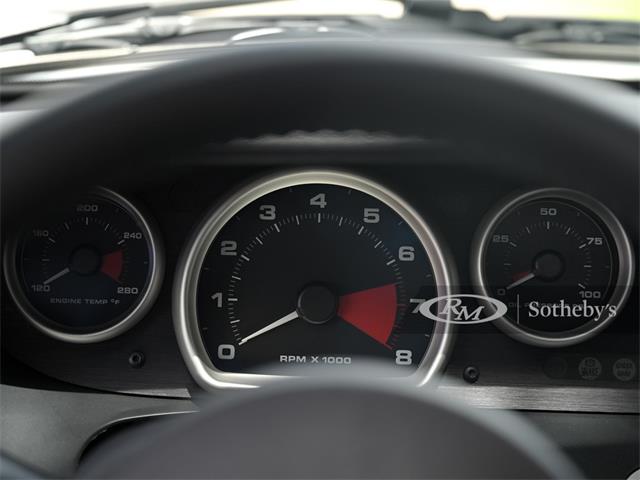 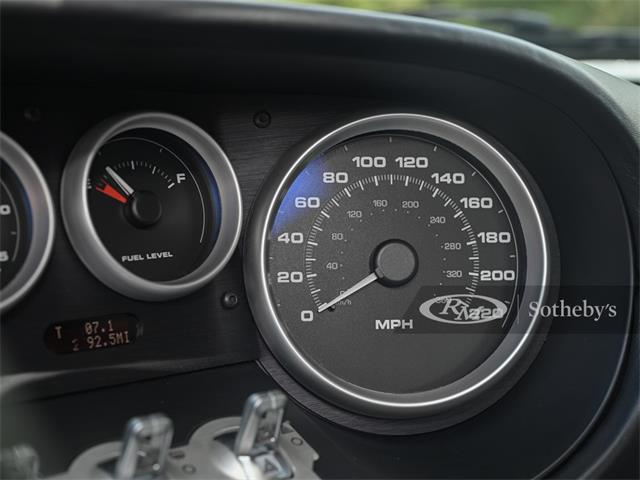 As part of the Ford Motor Company centennial celebration, Ford debuted the retro-styled GT. A modern homage to Ford's racing heritage, the car celebrated the highly successful GT40 program of the 1960s, which won the 24 Hours at Le Mans an impressive four consecutive times from 1966 through 1969. Exceedingly popular since its debut, the GT went into production for the 2005 and 2006 model years, during which time just 4,038 examples were assembled for worldwide distribution.

In addition to the stunning design, the Ford GT featured impressive performance, the likes of which had never been seen from a production car built in Detroit. Powered by a 5.4-liter DOHC V-8 engine featuring a Lysholm twin-screw supercharger, the GT is rated at 550 horsepower and 500 pound-feet of torque. The engine is paired to a Ricardo six-speed manual transmission, which sends power to the rear wheels via a helical limited-slip differential. This driveline allows the Ford GT to achieve a 205-mph top speed and 0-60 mph time of 3.3 seconds. These extraordinary performance figures put the car in competition with other supercars of the time, such as the Porsche's Carrera GT and the Mercedes-McLaren SLR.

This 2005 Ford GT is presented in Centennial White with blue stripes over black leather; it was delivered new to Hoffman Ford Lincoln of East Hartford, Connecticut. This GT is a fully equipped "four-option" car, desirably specified with polished BBS forged aluminum wheels, red painted brake calipers, an upgraded McIntosh stereo system, and racing stripes. In 2011, this chassis was imported to Calgary, Alberta, Canada. It resided in Canada until 2017, when it was imported back into the United States with just 1,511 miles indicated.

Acquired hence by the consignor, this highly presentable chassis now shows under 2,400 miles at the time of cataloguing. The condition of this lot befits its low mileage and history of careful ownership, with the paint, brightwork, and all interior surfaces offered in highly presentable condition. Amazingly, the cockpit sills of this low-mileage GT still retain their factory-applied protective film.

Since its release, the 2005-2006 Ford GT has been highly sought after by discerning collectors and commands a considerable premium to this day. This "four-option," low-mileage GT is accompanied by two sets of keys, Deluxe Marti Report, service documentation, manuals, factory air compressor, and a copy of its factory window sticker.To view this car and others currently consigned to this auction, please visit the RM website at rmsothebys.com/en/auctions/0620.