For Sale at Auction: 1931 Mercedes-Benz 370S in Hershey, Pennsylvania 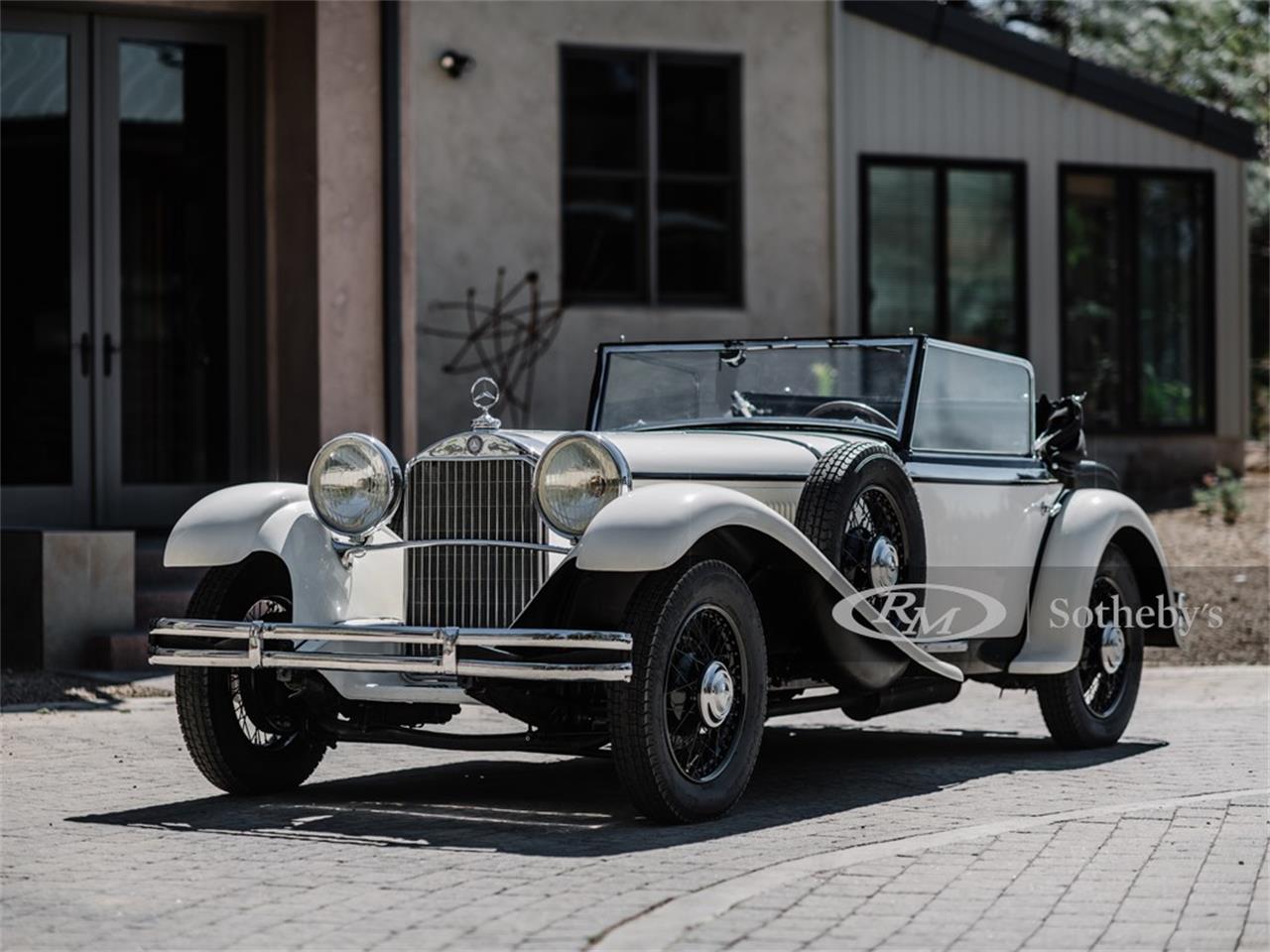 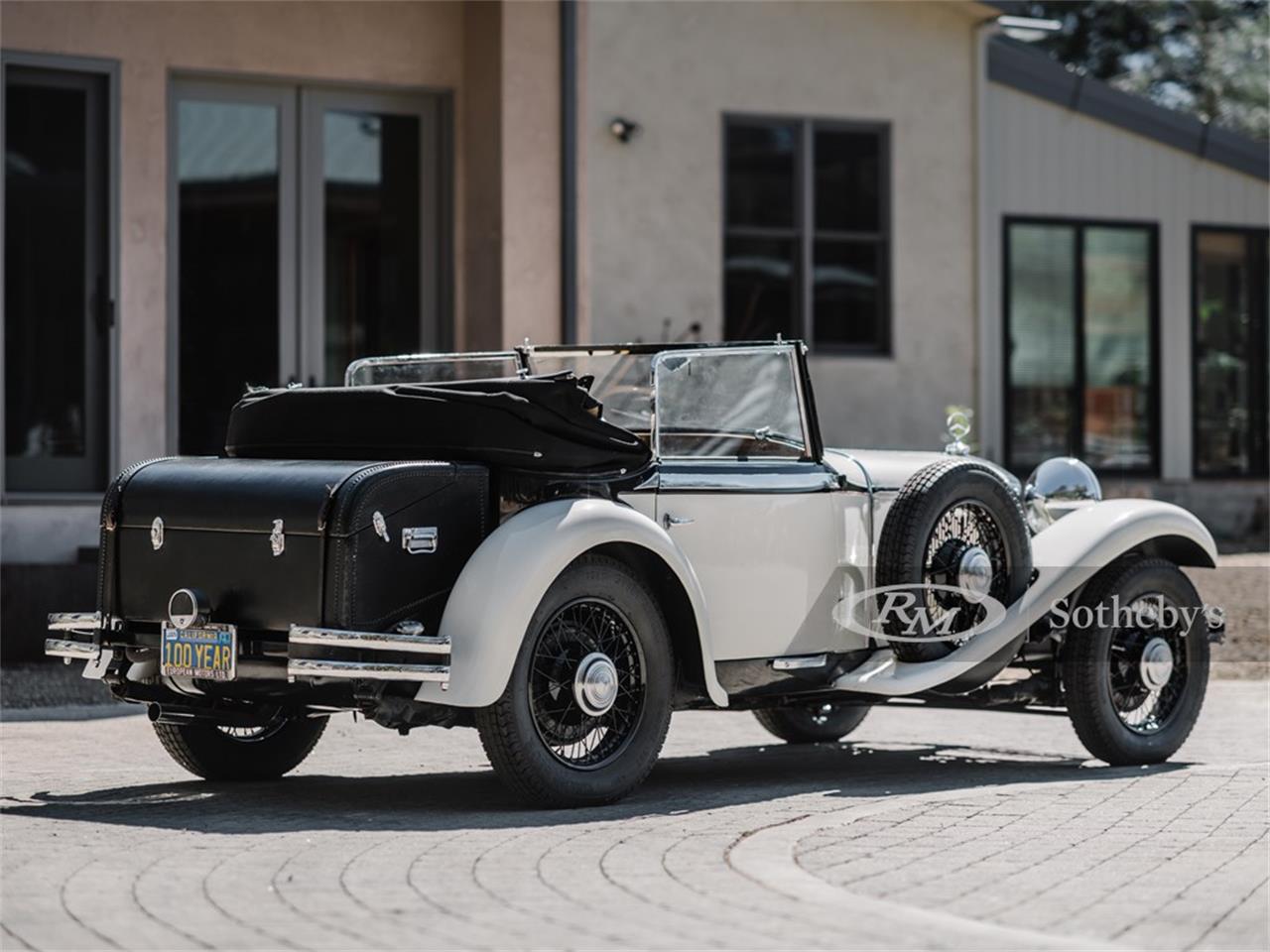 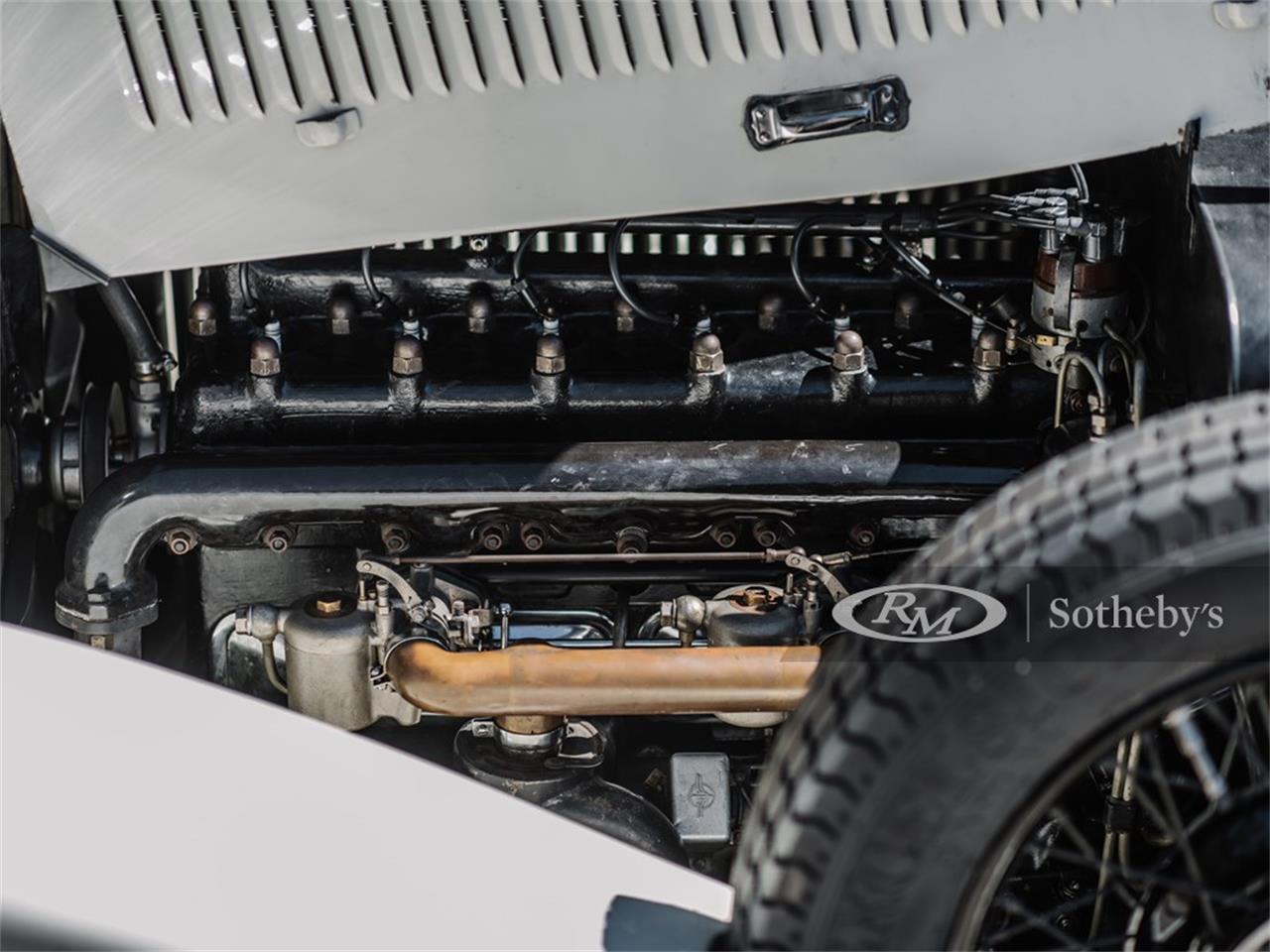 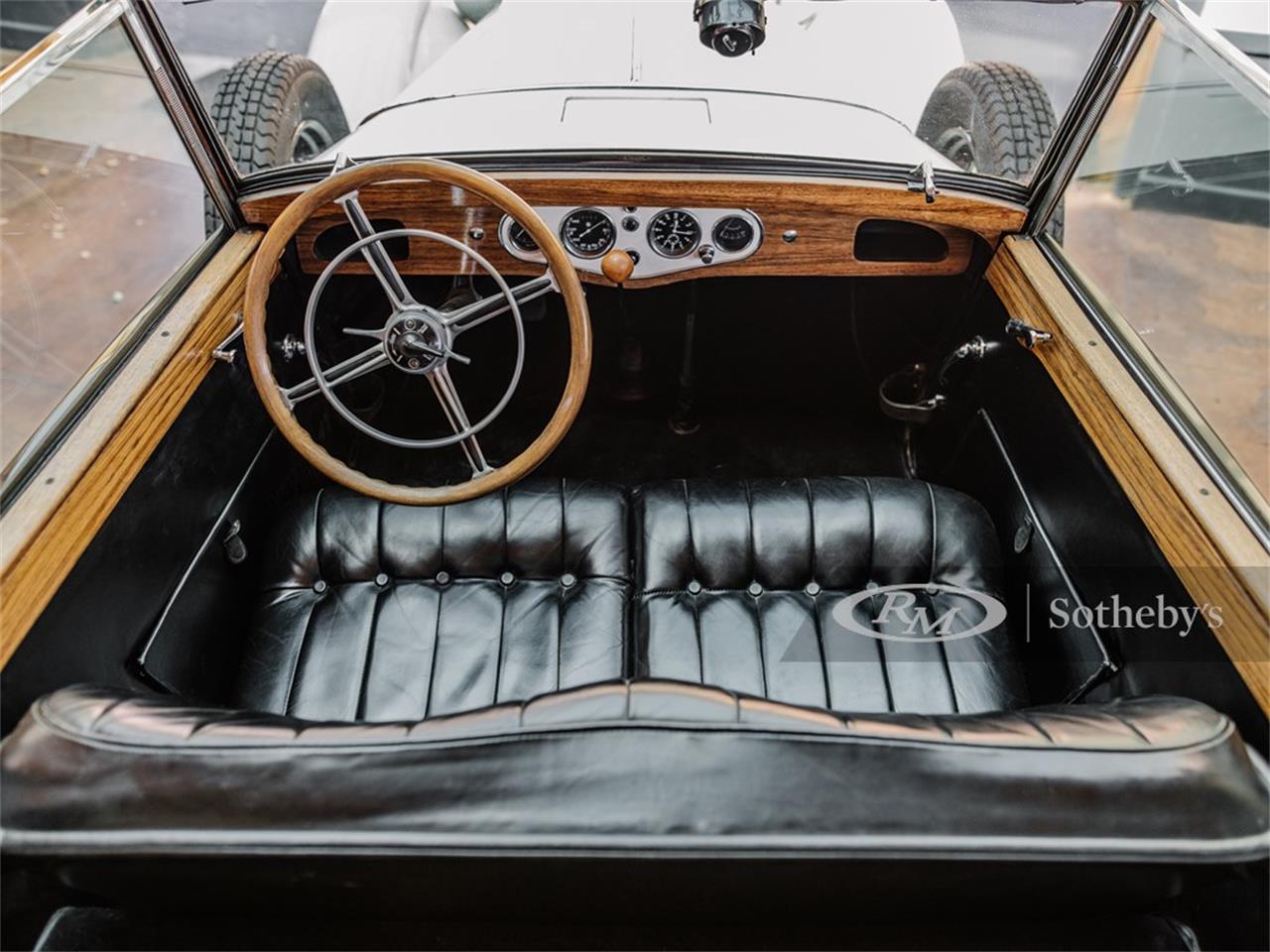 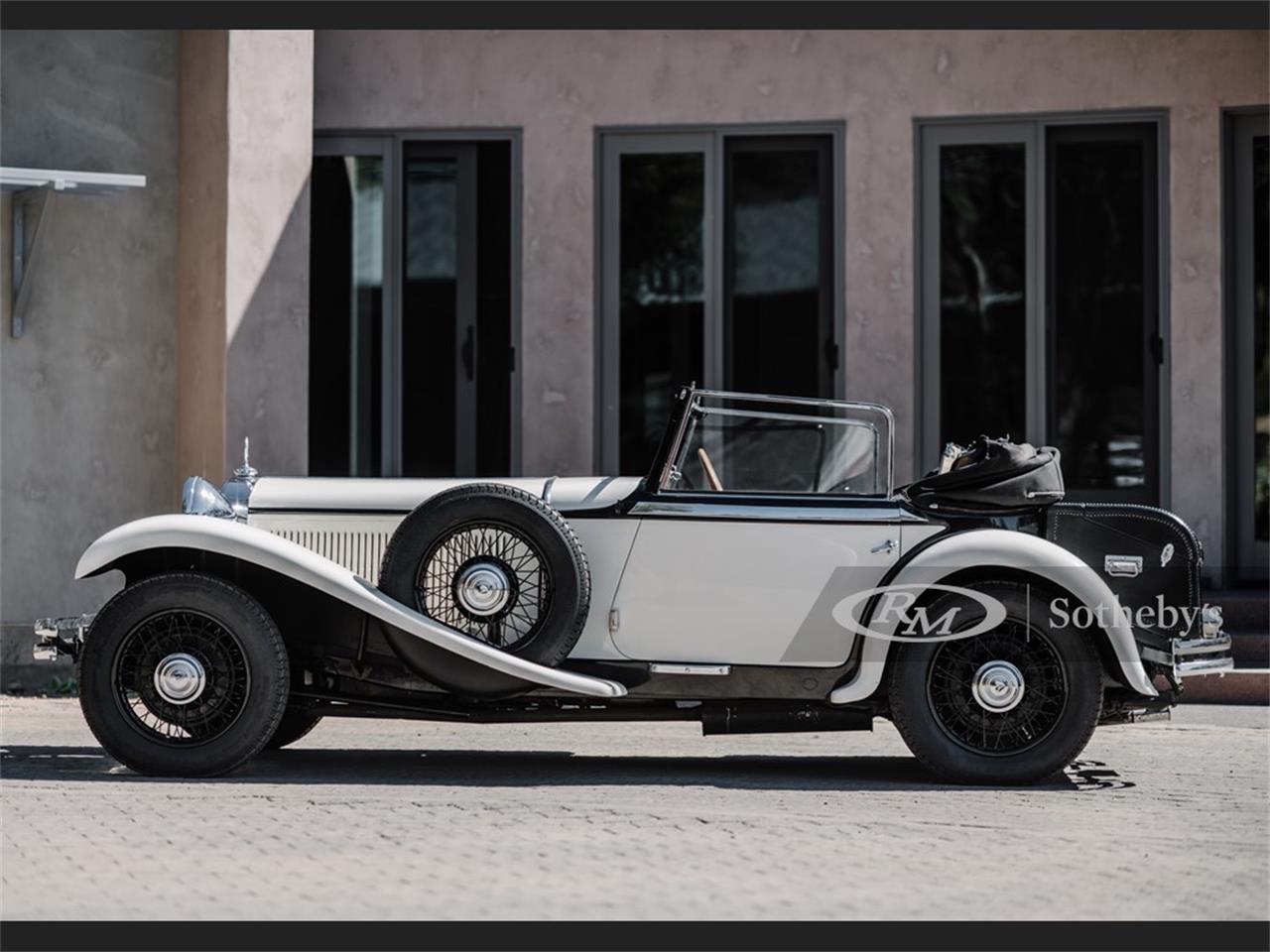 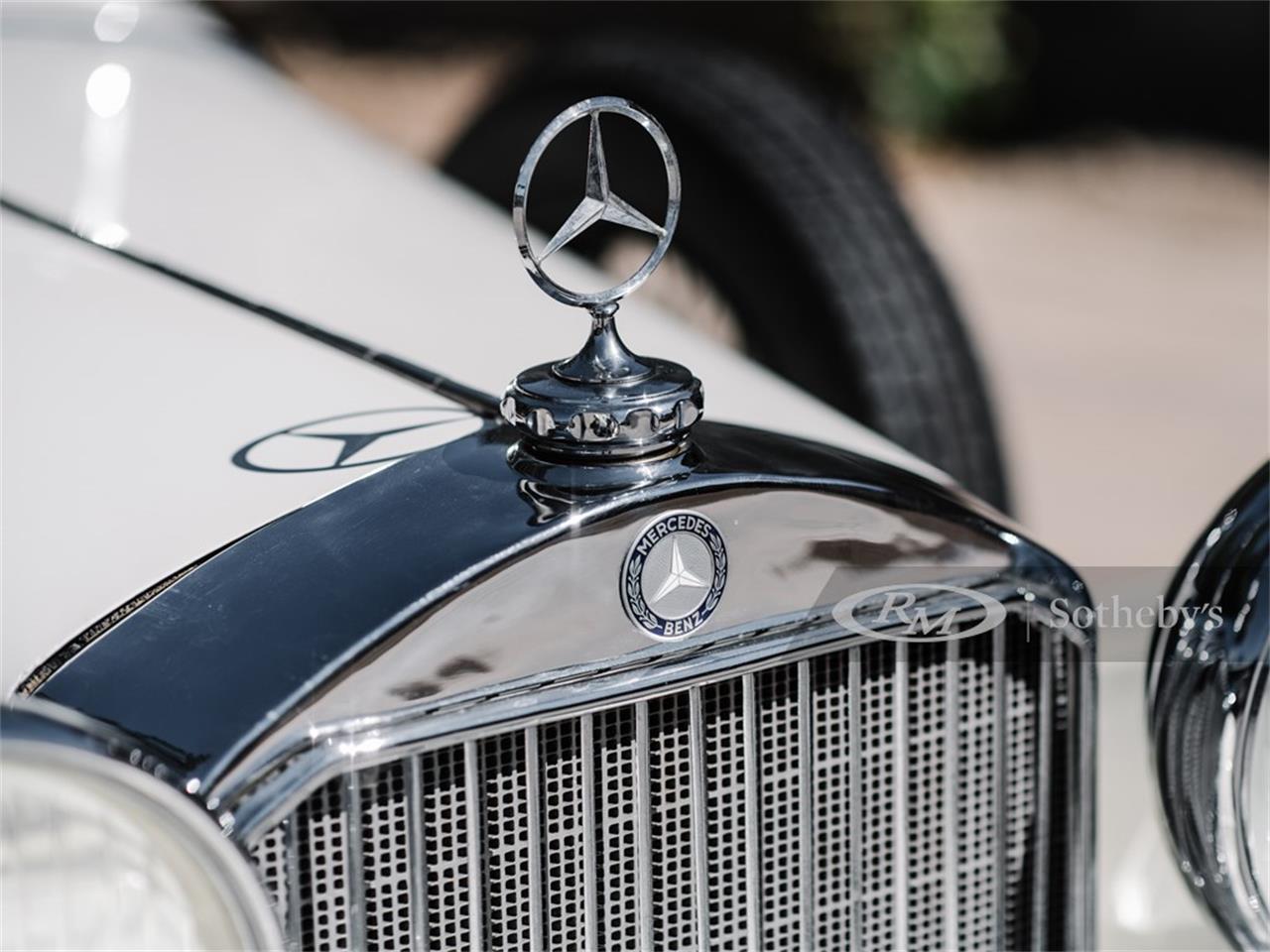 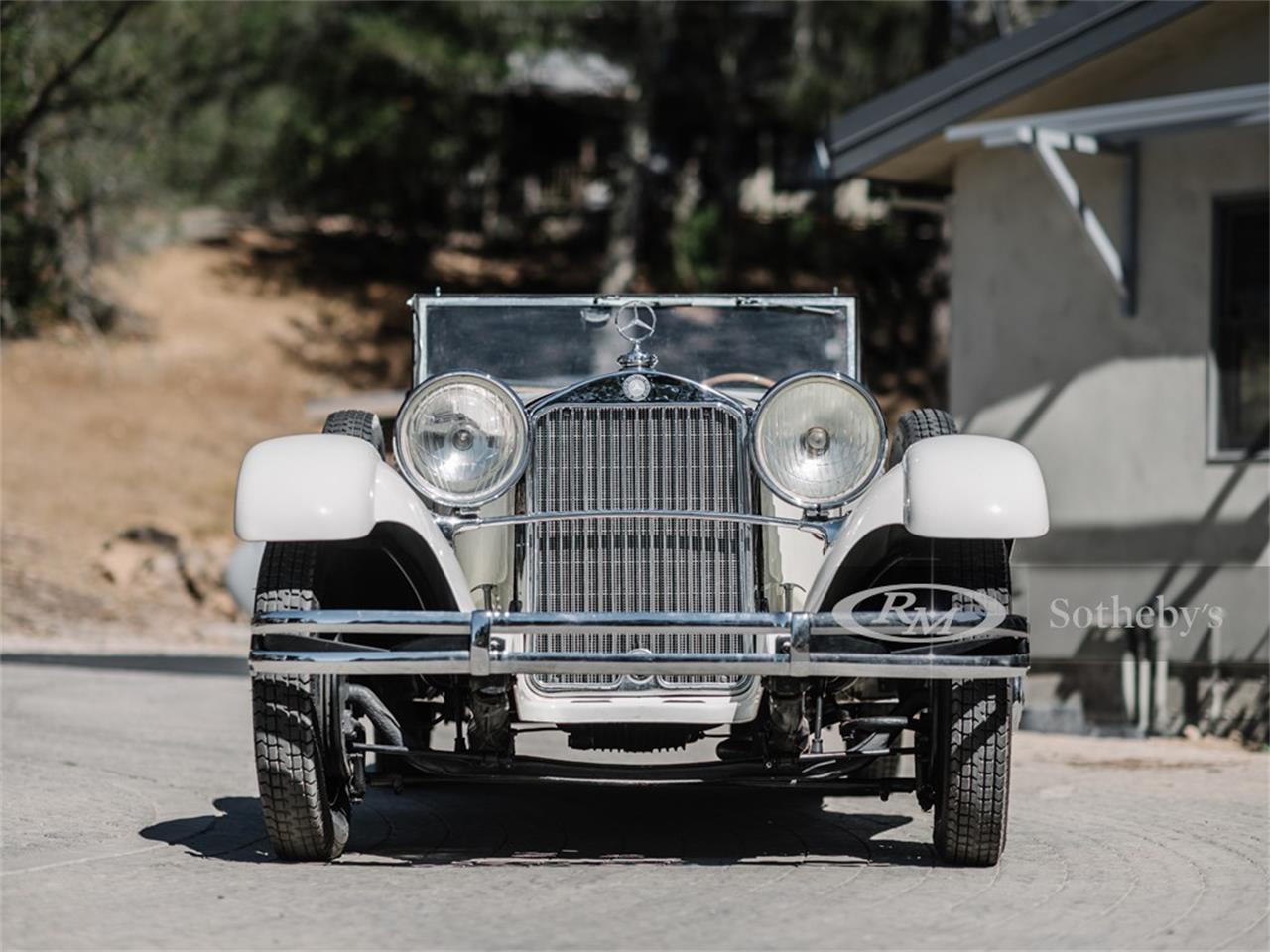 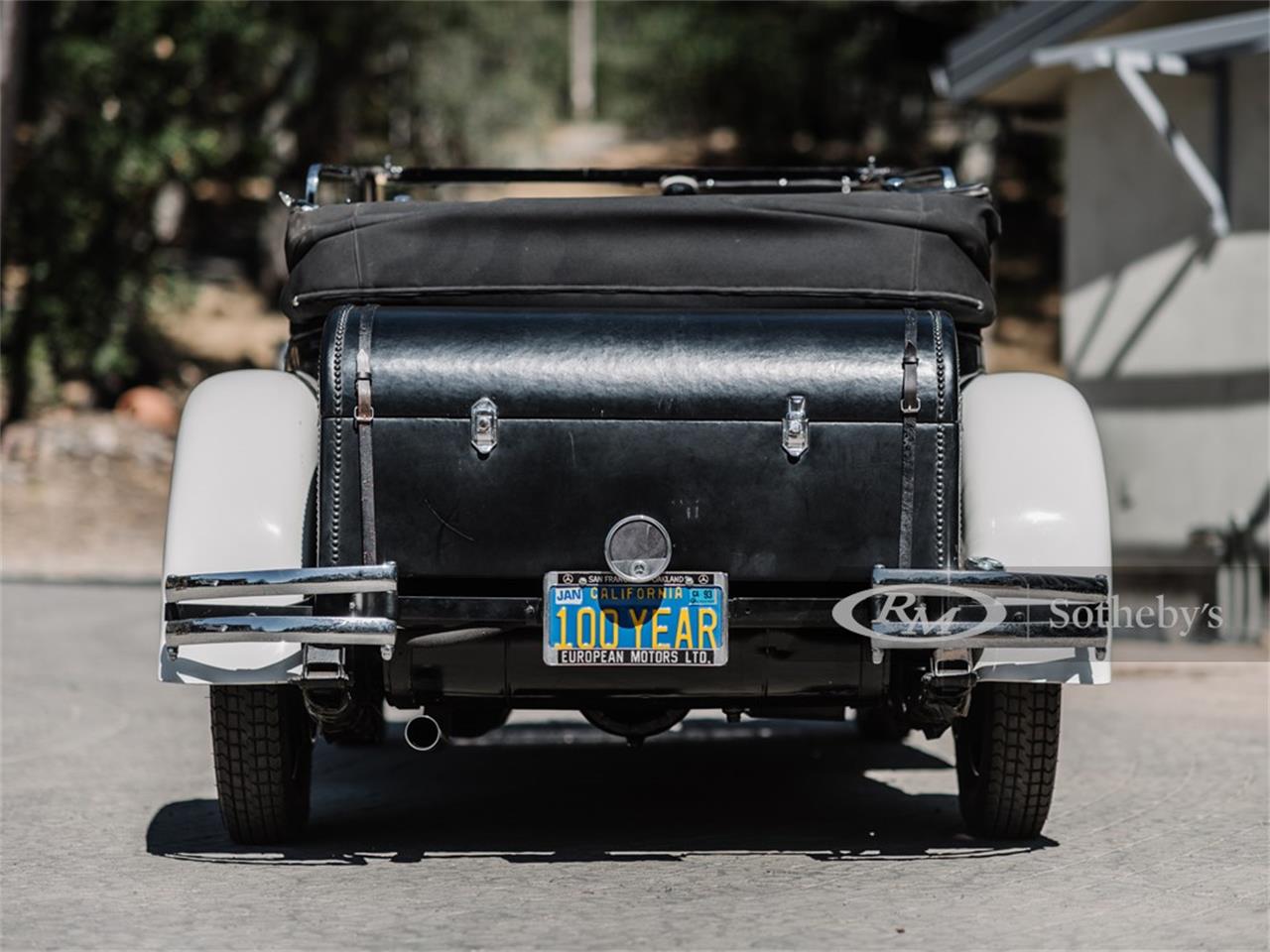 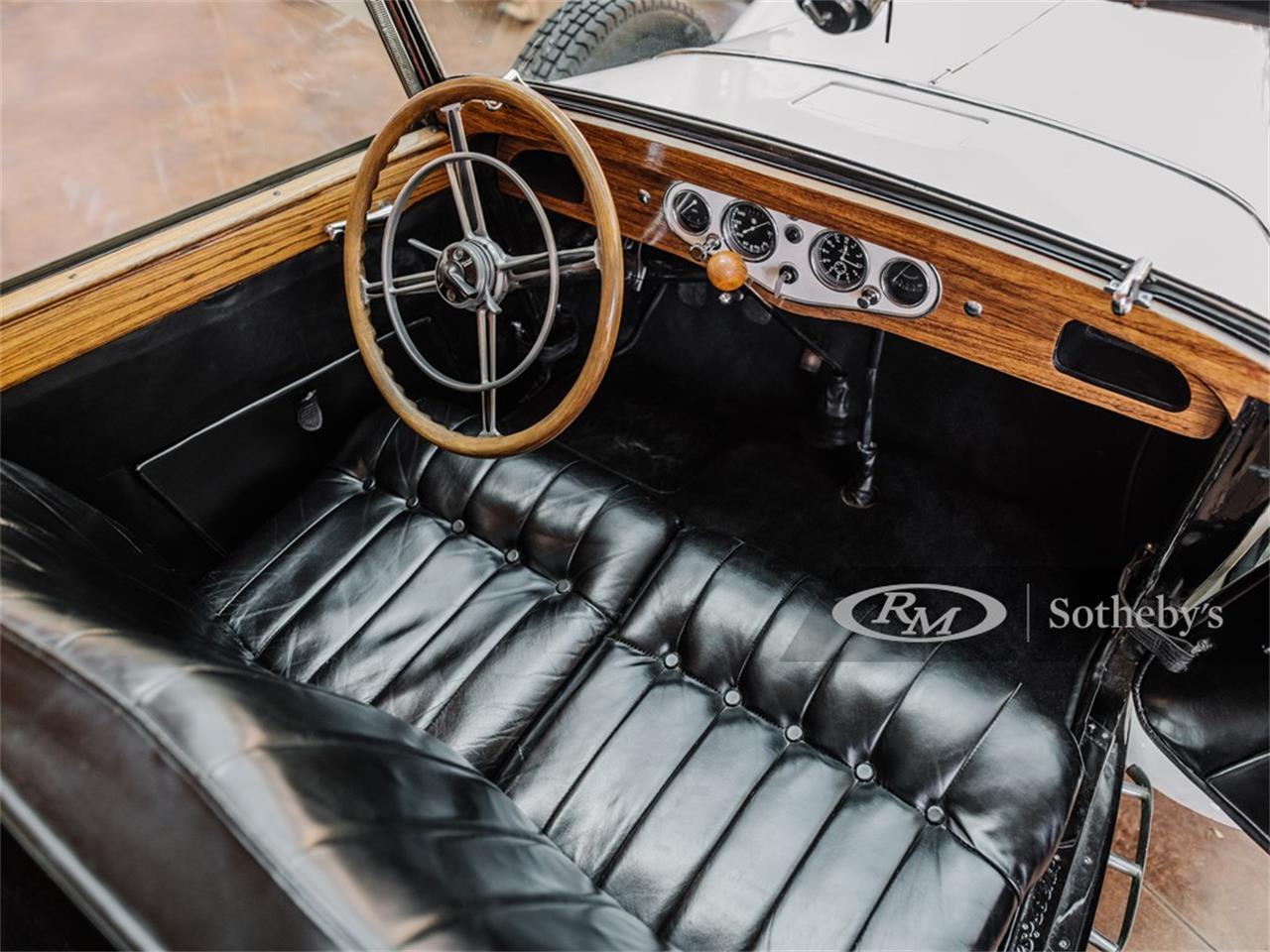 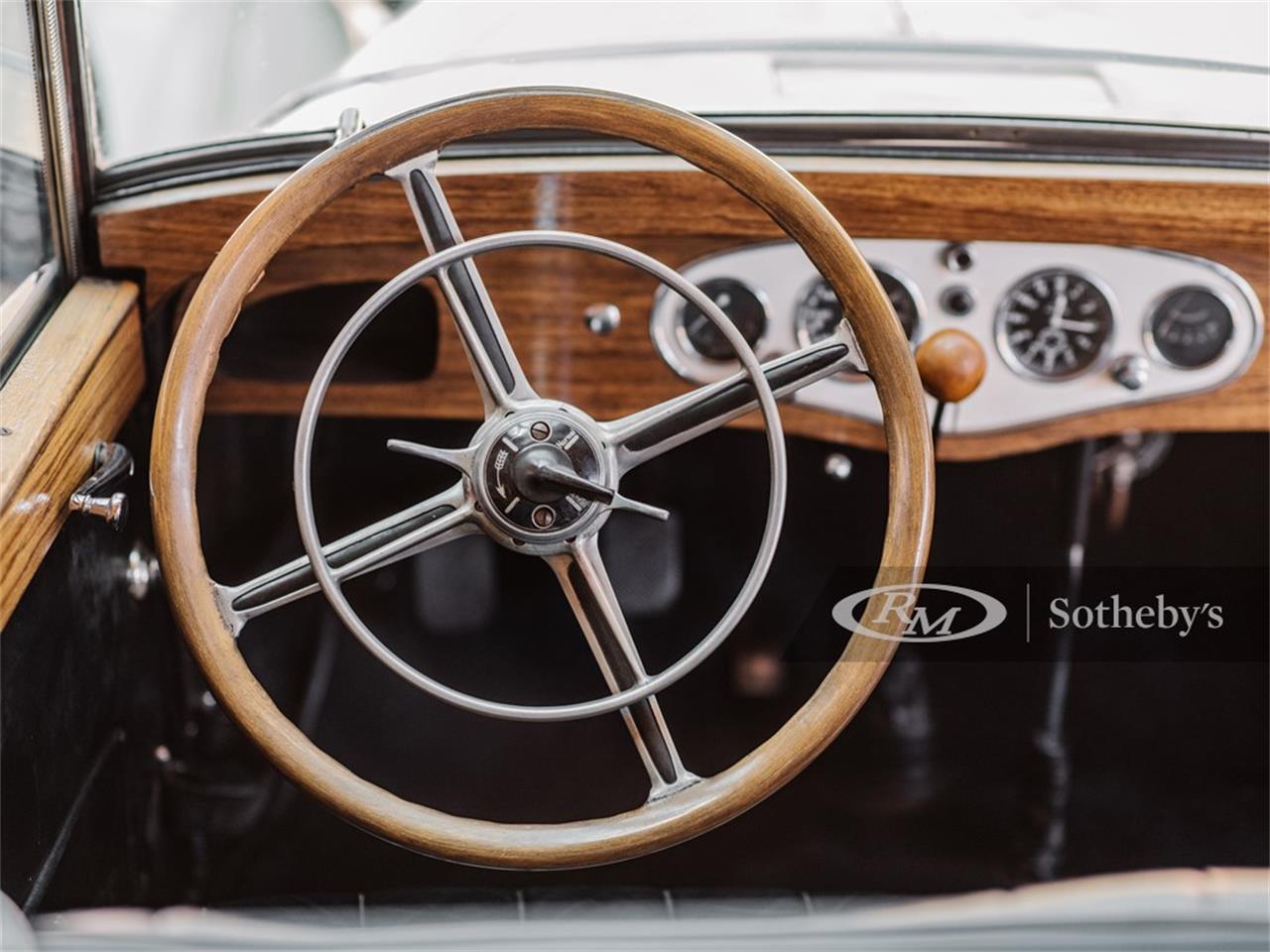 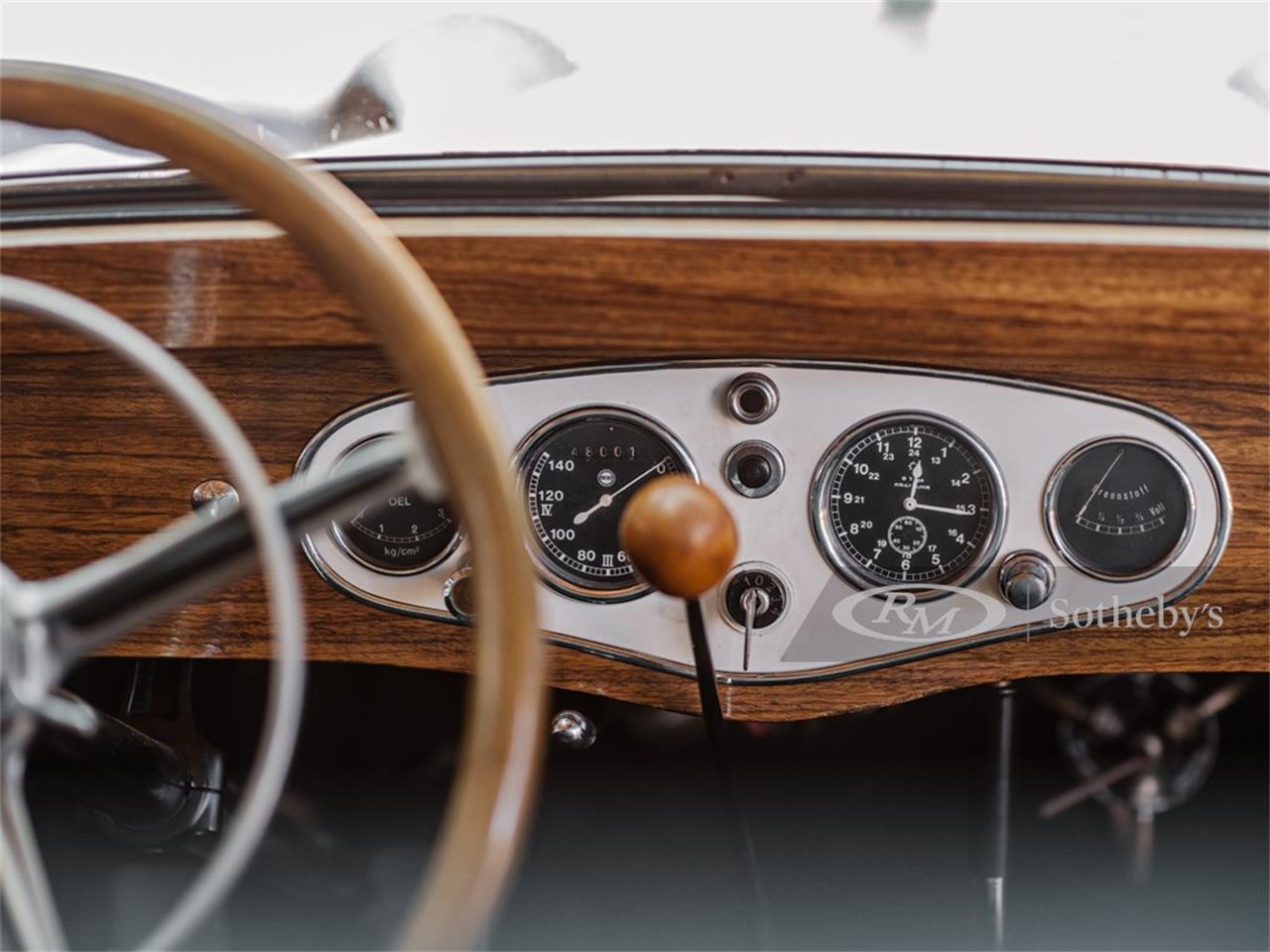 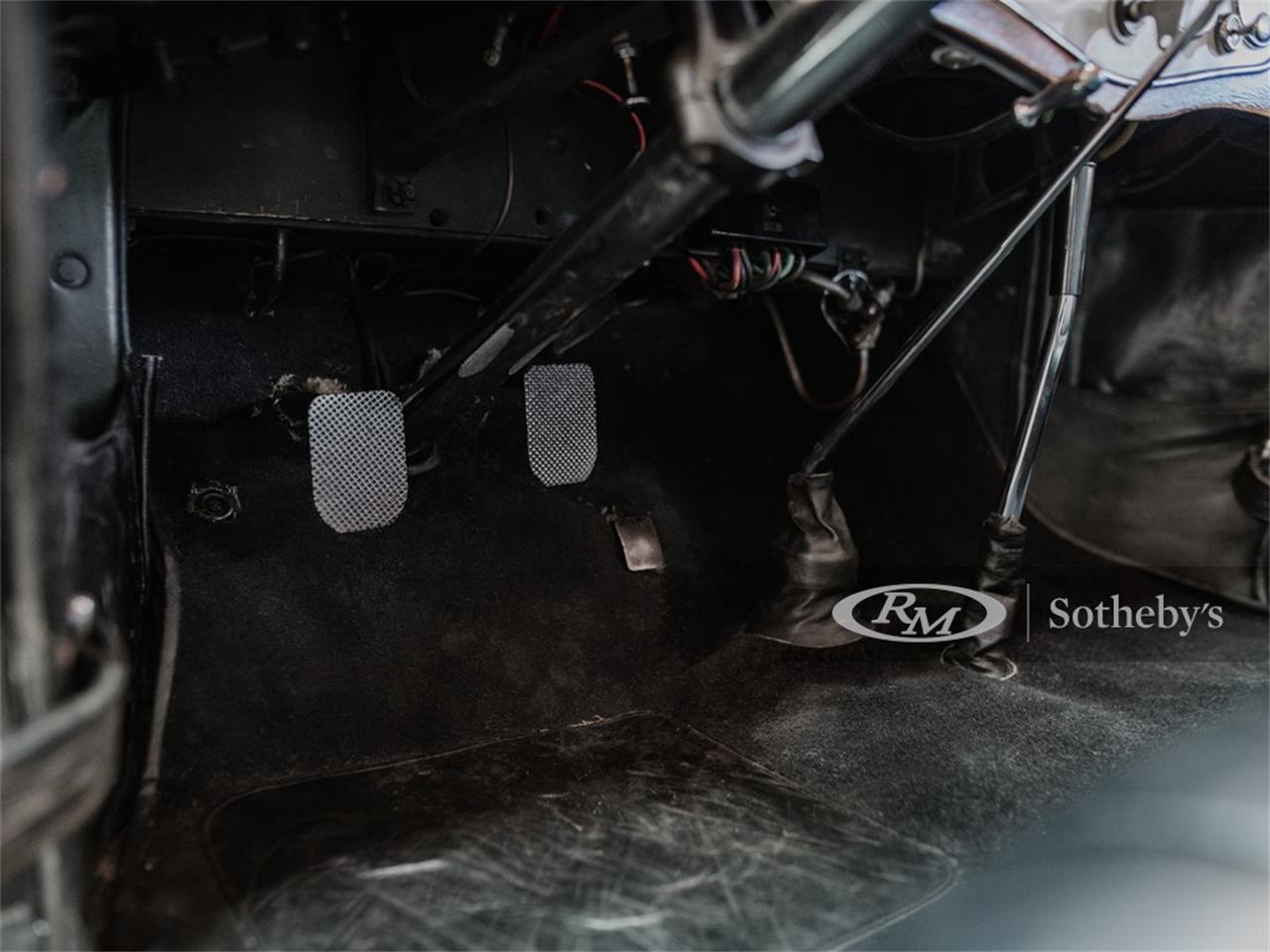 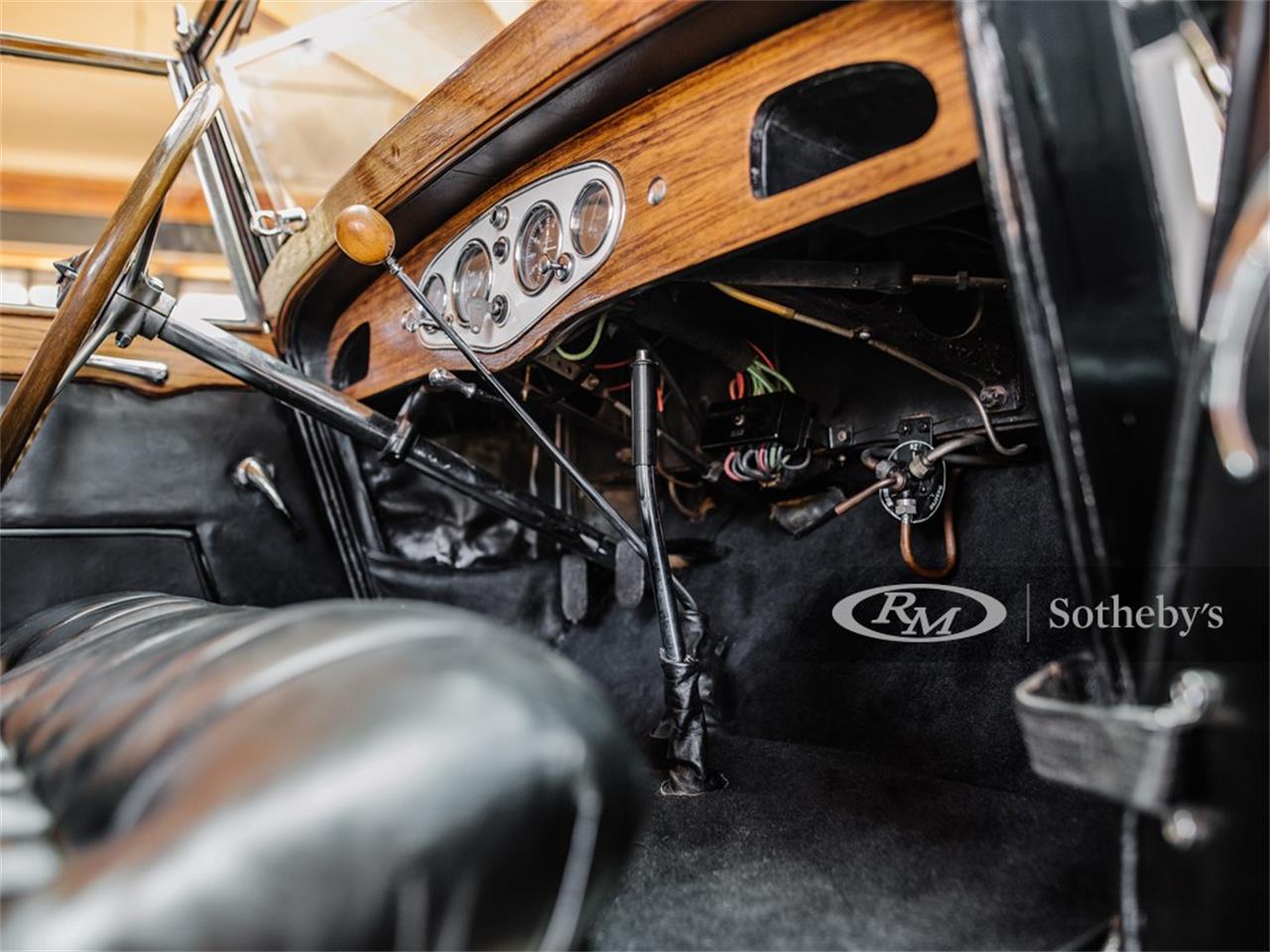 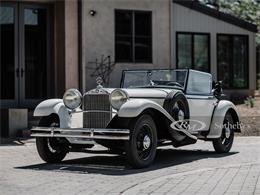 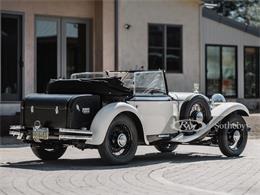 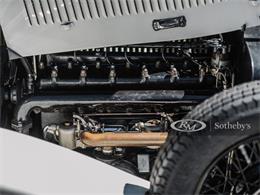 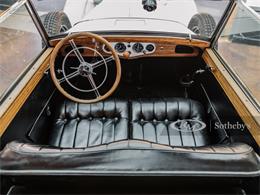 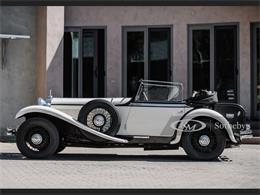 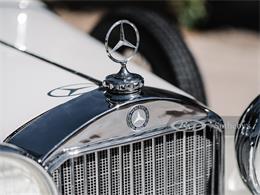 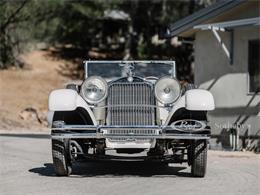 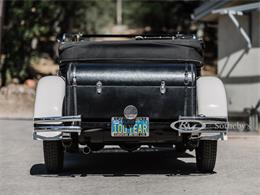 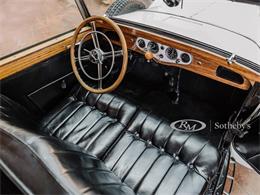 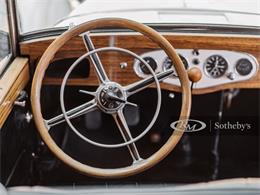 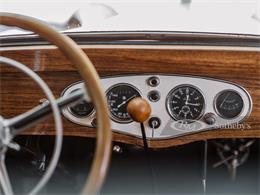 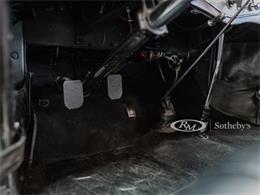 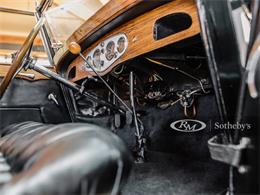 In 1986, Mercedes-Benz honored its 100th anniversary with exhibits and celebrations worldwide. Among these was a six-month Centennial Exhibition at the Natural History Museum of Los Angeles County, utilizing models from throughout the company's rich history, gathered together from numerous West Coast collectors. Special classes saluted the Star and the Laurel at the Pebble Beach Concours d'Elegance. A book was even published, The First Century, with artwork by Ken Dallison, to commemorate the occasion.

Everywhere you looked, Jules Barsotti's 370 S Mannheim Sport Cabriolet was there. It may well have been invited on its own merits, which were abundant, but in a way that special cars and special people often combine, its ownership made it poignant. Not only was this an excellent example of the first touring model built by a combined Daimler and Benz, but it was owned by the man who built the small European Motors into today's Mercedes-Benz of San Francisco. In a bustling Northern California market that is today filled with SLs and E-Classes, Jules Barsotti was first, and for the rest of his life he remained a landmark of the area's motoring culture. His 370 S was a part of that life, and thus a part of that culture.

The provenance of this 370 S is documented by a copy of its factory commission sheet, noting its delivery with engine and chassis both numbered 87058 and "Sport Cabr./2" coachwork, thus confirming its delivery in the desirable configuration in which it is presented today. It was ordered by the Mercedes-Benz agent in Vienna, Austria, for Count Ferdinand, of the noble Austrian Arco-Zinneberg family, for delivery to his home in St. Martin im Innkreis. A subsequent owner was likewise of noble birth, a "Freiherr" by the name of Rudolf von Hudolin, in Salzburg. Von Hudolin sold the car on 25 February 1960, to Koos Blakestein. These ownership changes were noted in the original Austrian registration booklet, which was sadly destroyed in a 2018 house fire; fortunately, the historical details it contained regarding the 370 S's early life had been previously recorded.

Koos Blakestein subsequently relocated with the car to the Netherlands in 1960; he advertised the 370 S to American buyers, using the same photo as had been depicted in its Austrian registration booklet, in the September 1960 issue of Sports Cars Illustrated. The car was then purchased by longtime Mercedes-Benz Club of North America member Allen Bishop of Deerfield, Illinois, in suburban Chicago, and thus arrived in the United States.

In an article he wrote for The First Century, Jules Barsotti noted that he acquired the car in Chicago, presumably from Mr. Bishop, in 1966, paying $6,000 for it. Noted San Francisco enthusiast Martin Swig (then the European Motors sales manager) helped arrange the transaction. With the assistance of his father, himself a skilled inventor and fabricator who had built the world's first amphibious automobile in 1914, Mr. Barsotti completed a brief cosmetic and mechanical restoration, and put the car in his showroom. It left the dealership to attend the Pebble Beach Concours d'Elegance in 1972 and 1973, winning 3rd in Class the latter year.

Longtime Concours co-chair Jules Heumann, appreciating the car with his connoisseur's eye, suggested to Mr. Barsotti that he do a proper restoration, as the 370 S "was really worth it." The owner listened, and after a rather adventurous four-year restoration effort-including the purloining of the car by a former employee, and its subsequent retrieval-the Sport Cabriolet did, indeed, win Best in Class at Pebble Beach in 1977.

Many more exhibits followed, including more years on display in the San Francisco showroom of European Motors, and appearances at Pebble Beach and in the Natural History Museum in 1986, for which the car received a new California blue license plate: "100 YEARS," replacing its longstanding "BENZ 28" (honoring what was thought, at the time, to be its model year). Eventually, as its owner aged, it was put into storage in the City by the Bay-alongside other significant cars that Mr. Barsotti had collected over the years-until it was purchased by its present owner and consignor in 2017.

Since acquiring the Mercedes-Benz from the Barsotti Collection, the consignor has set about doing the mechanical work necessary to return it to running and operating condition. Its engine was removed and serviced, and now benefits from custom Arias pistons, new Total Seal rings, and new wrist pins; the head was milled, and a custom head gasket fitted. Further, both carburetors, as well as the water pump, were rebuilt, the gas tank removed and cleaned, and the brake system overhauled. The car's wire wheels, six in total, were cleaned, trued, and powder coated, after which new Excelsior Stahl Sport radial tires and new tubes were installed. Accompanying invoices attest to the work performed. The consignor does note, however, that the vacuum booster for the brakes leaks; vacuum lines for the brakes as well as the overdrive control are currently disconnected. It should be noted that while the 370 S is operational, it has not been driven any distance or fully sorted for long-distance road use, which would be advisable before attempting any extended touring.

Cosmetically, the car's restoration is aged, yet it remains very solid and complete. Plenty of originality is evident throughout. Its next owner could, if they choose, complete this 370 S Sport Cabriolet's mechanical refurbishment and enjoy the car in its patinated state. Alternatively, it would also be an ideal basis for authentic restoration of a rare and beautiful Mercedes-Benz-one made all the more appealing by its notable provenance-perhaps with an eye to returning it to the Pebble Beach lawn again one day in the future.To view this car and others currently consigned to this auction, please visit the RM website at rmsothebys.com/en/auctions/0620.