For Sale at Auction: 1970 Mercedes-Benz 600 in London, United Kingdom 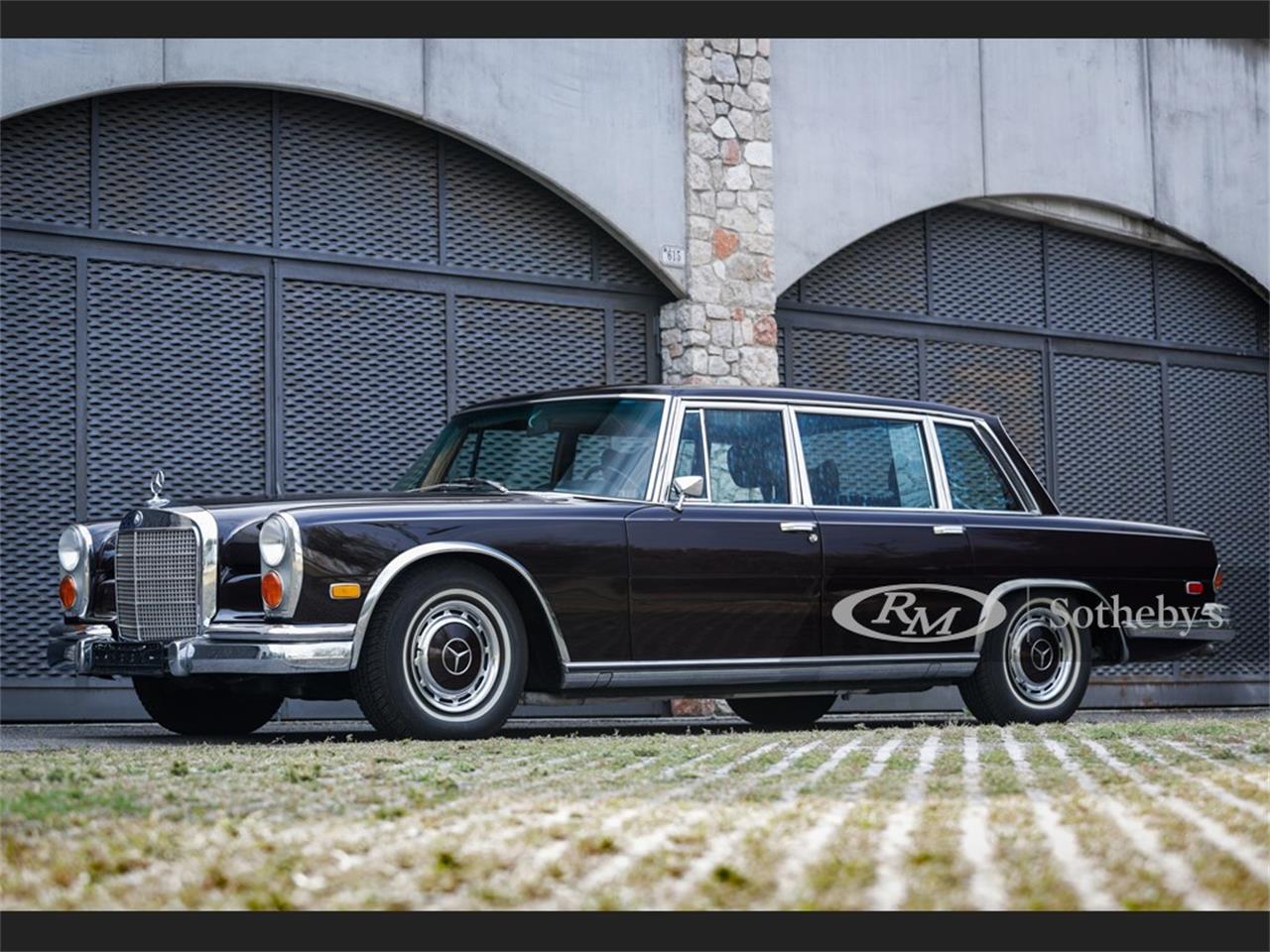 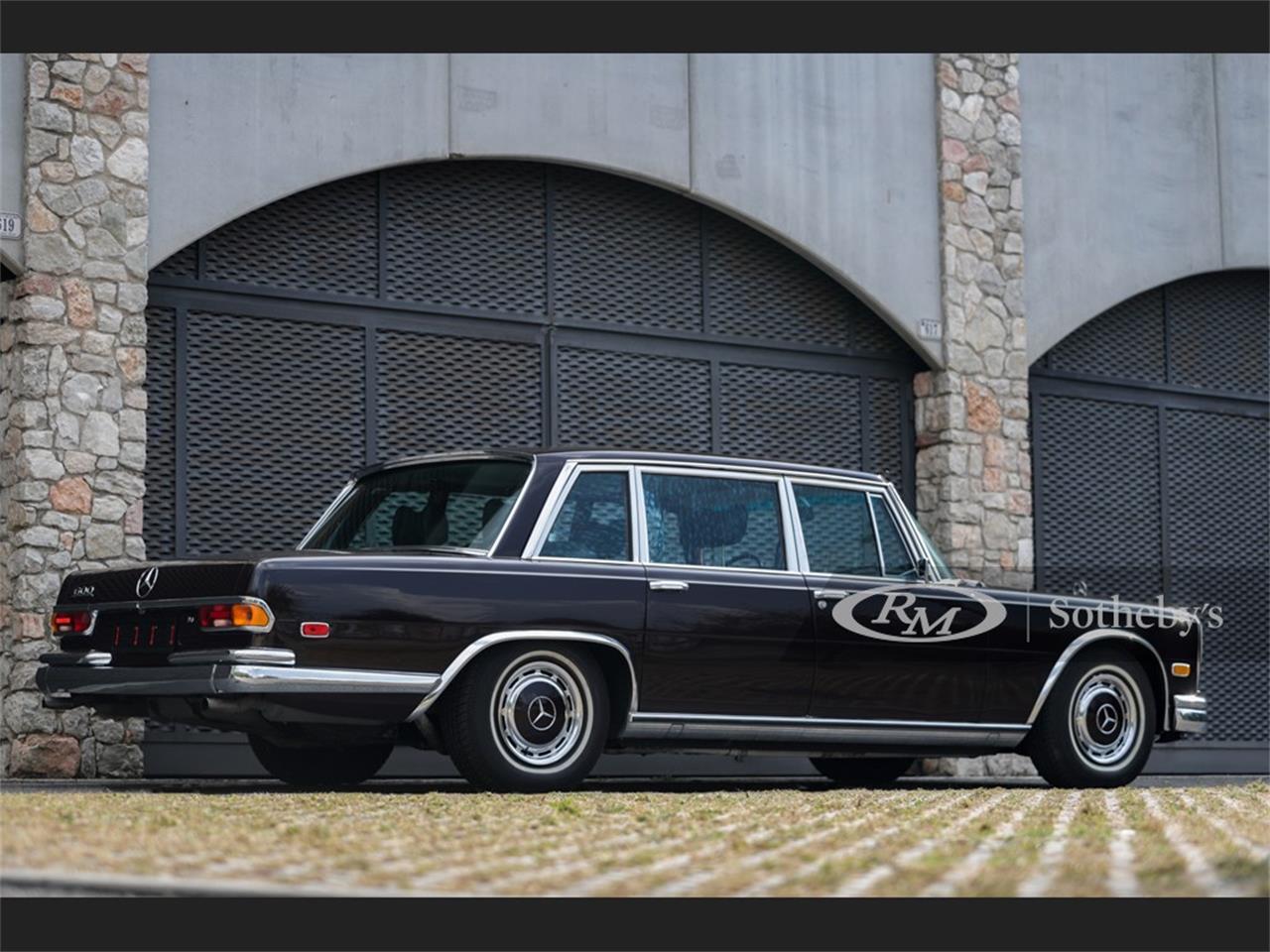 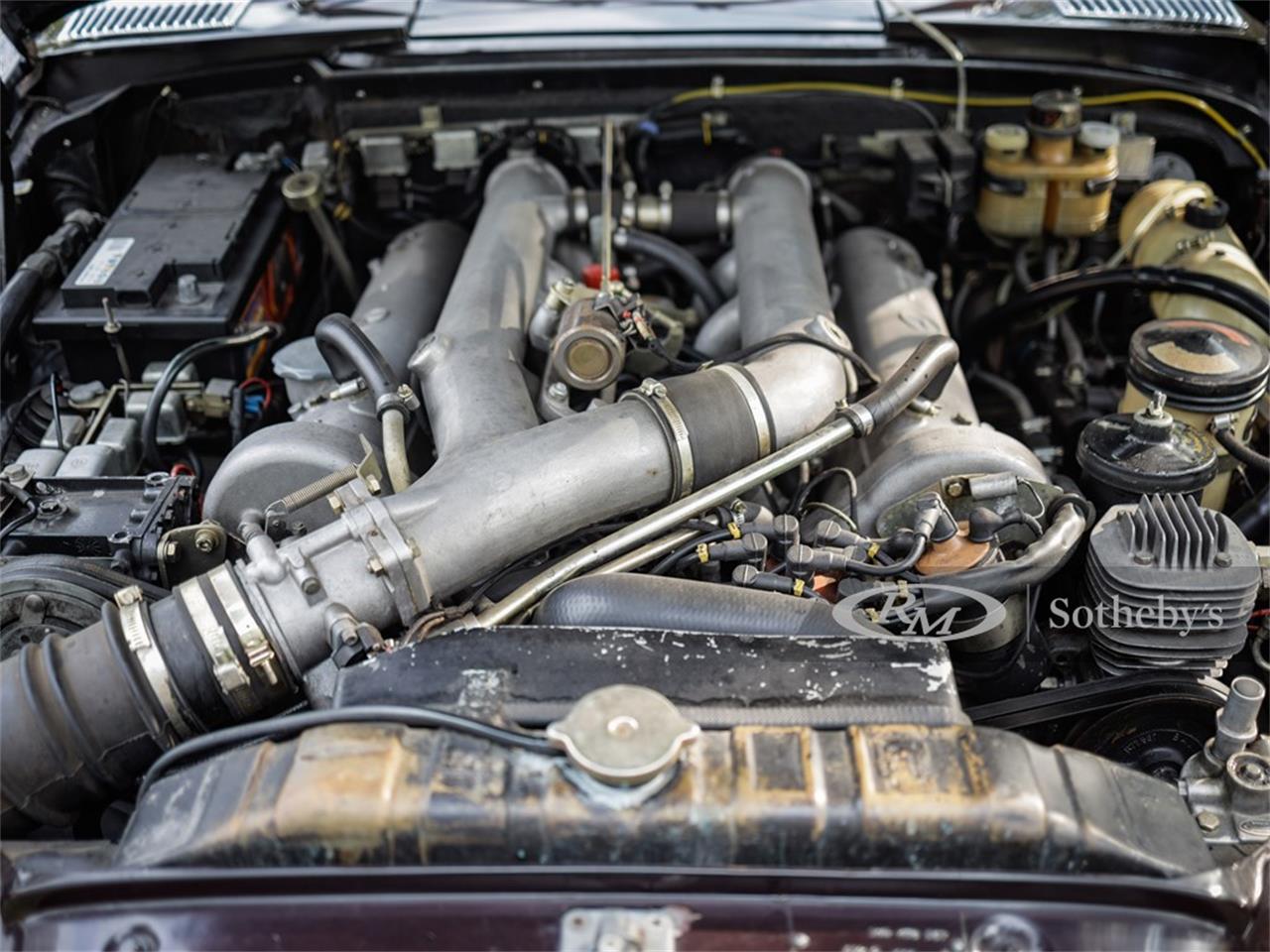 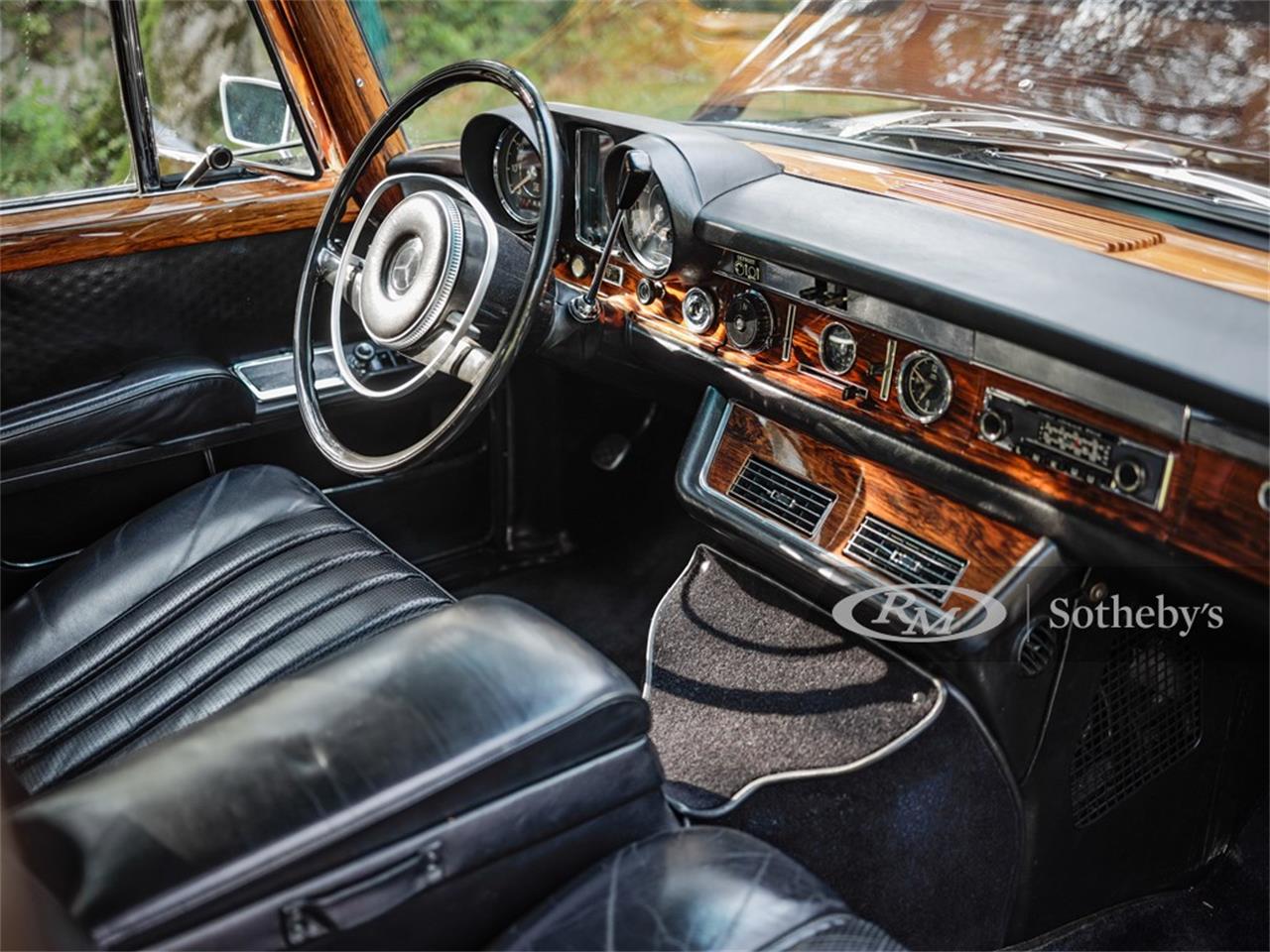 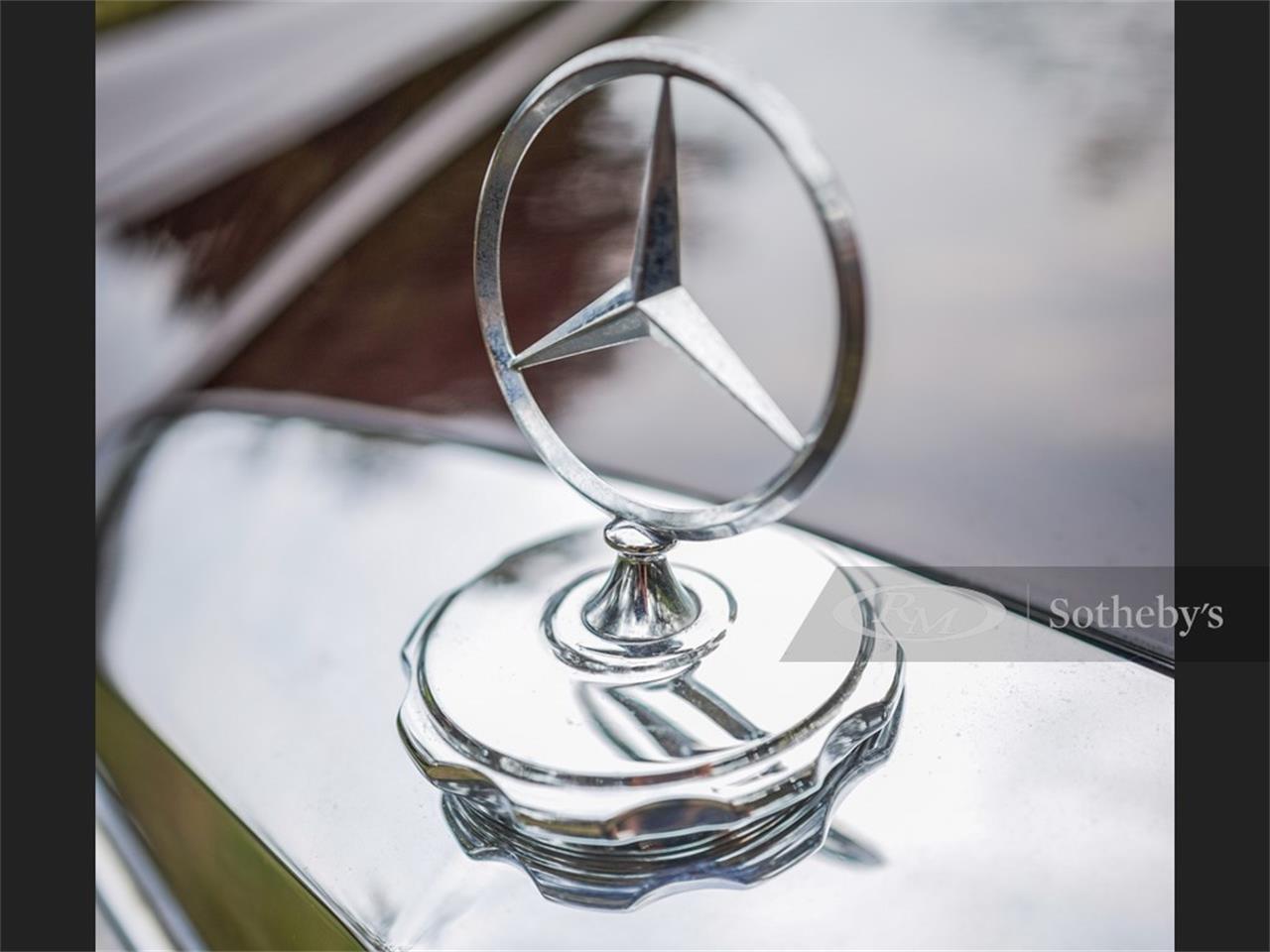 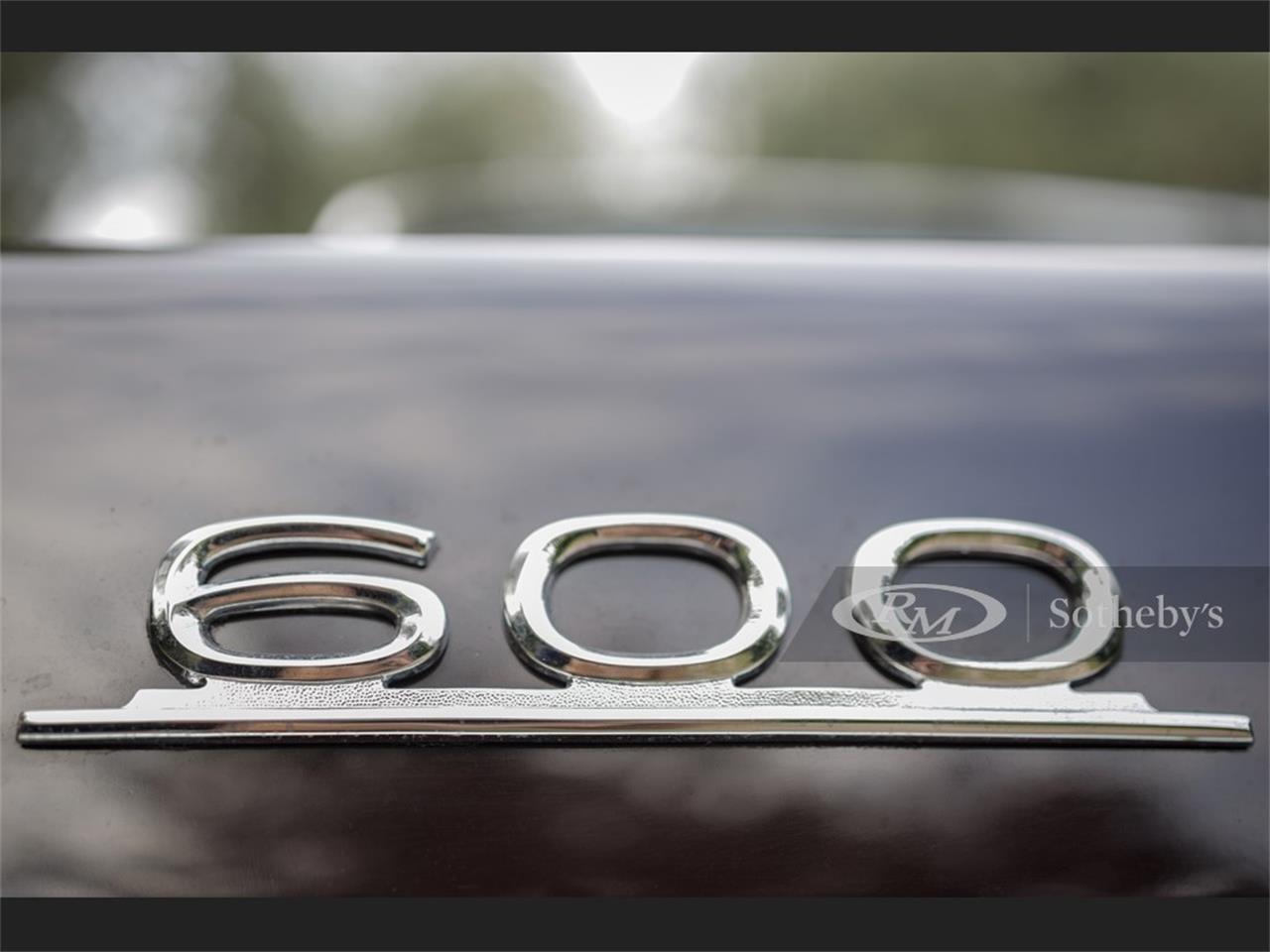 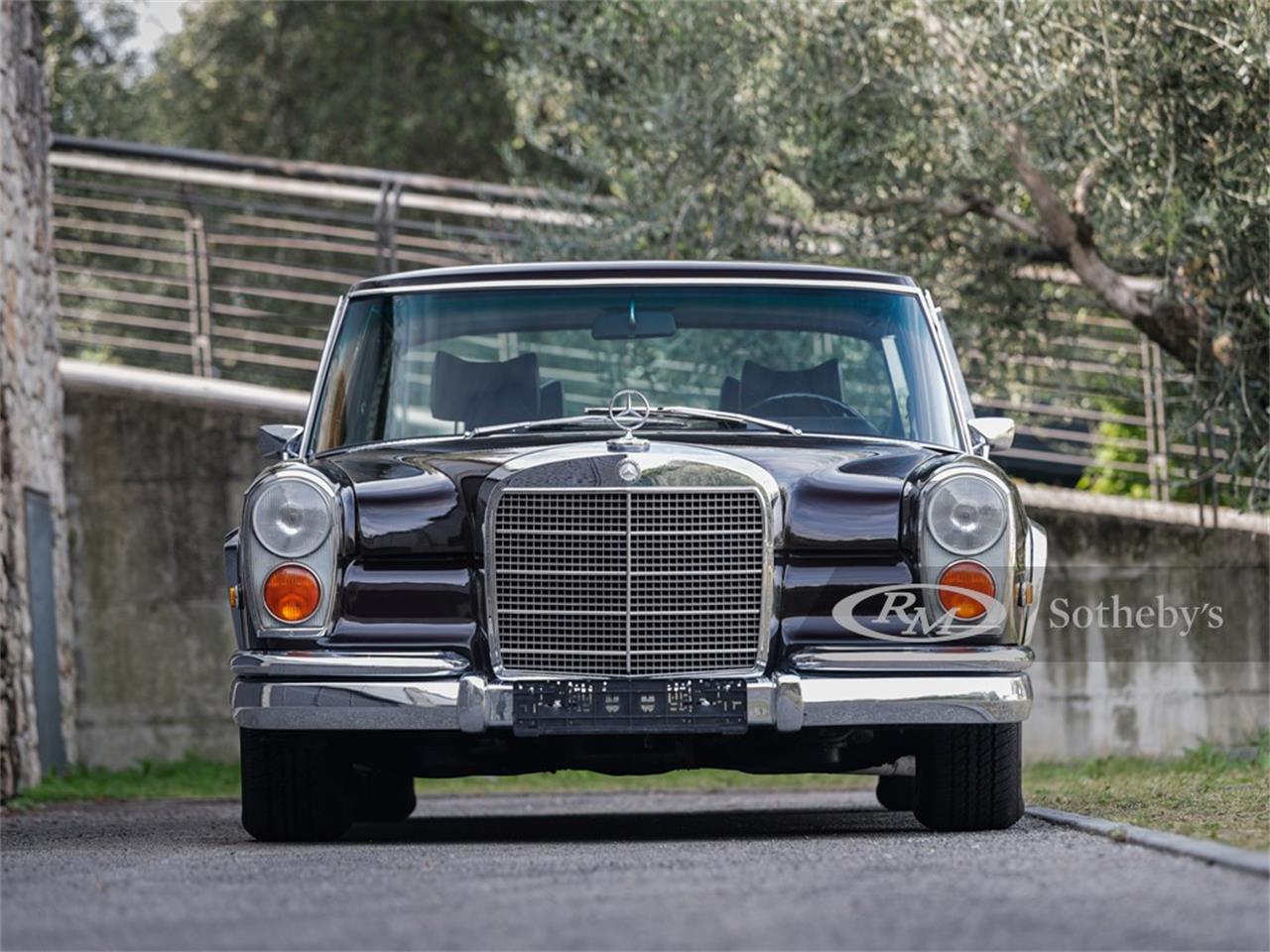 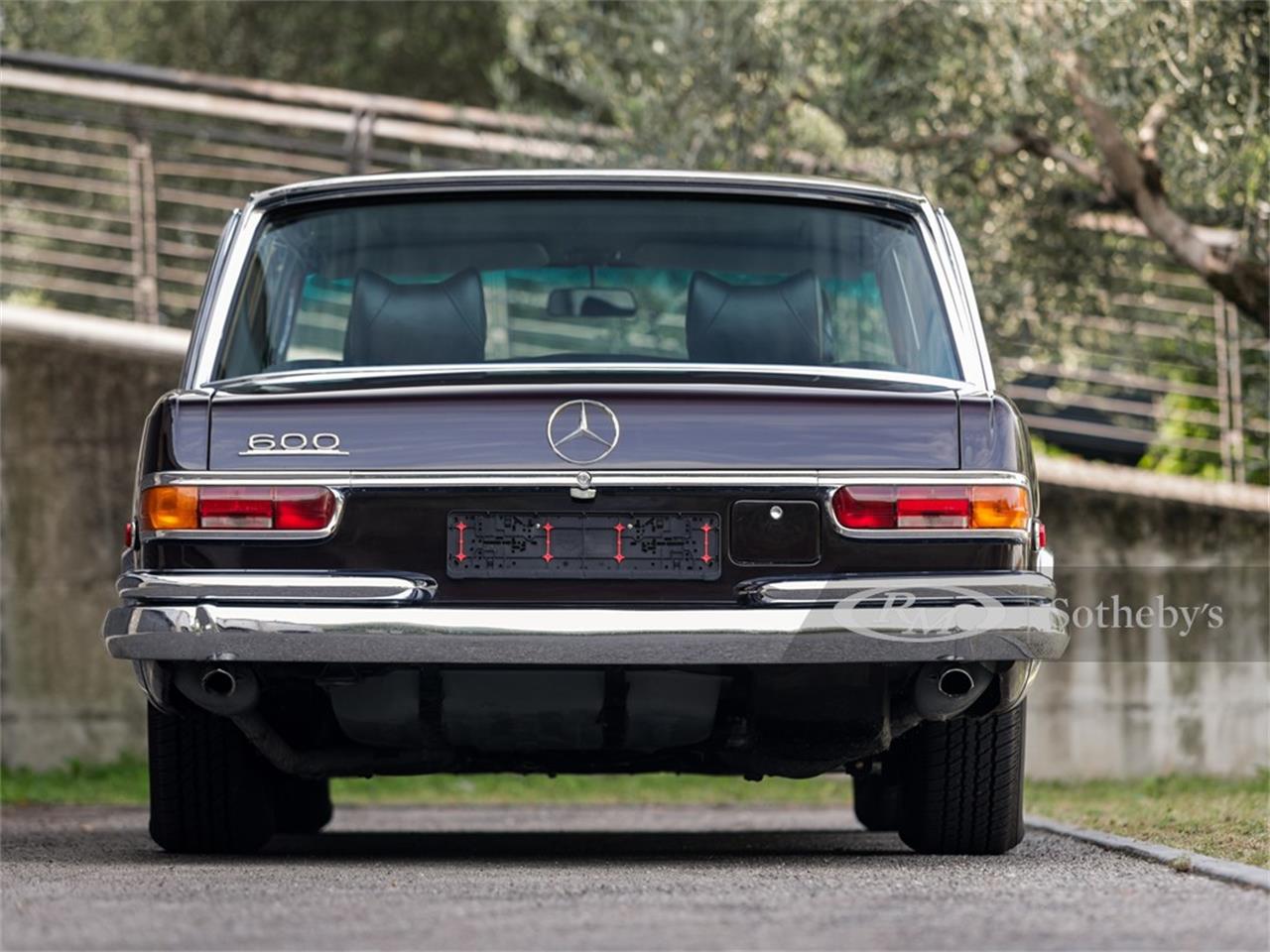 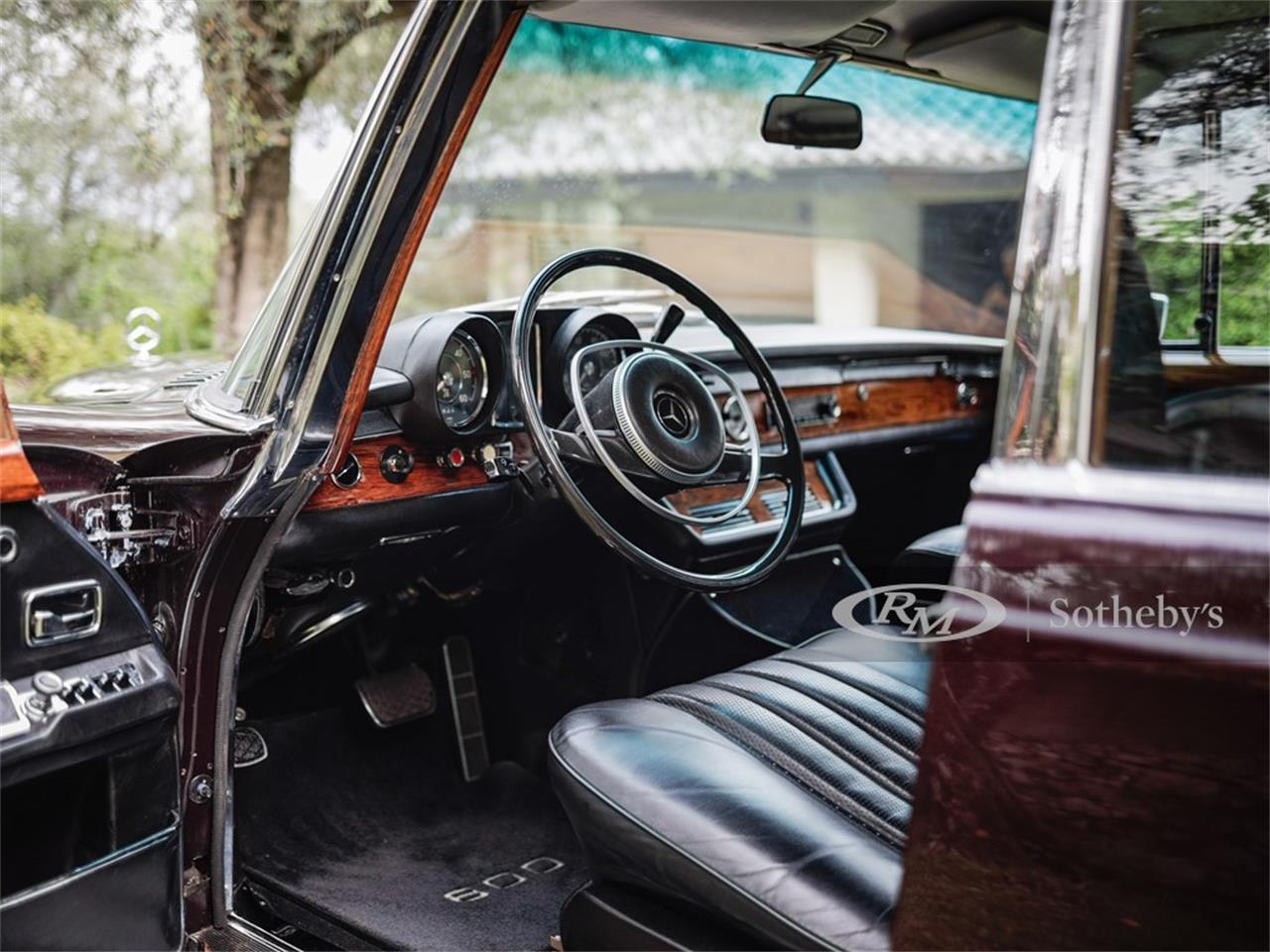 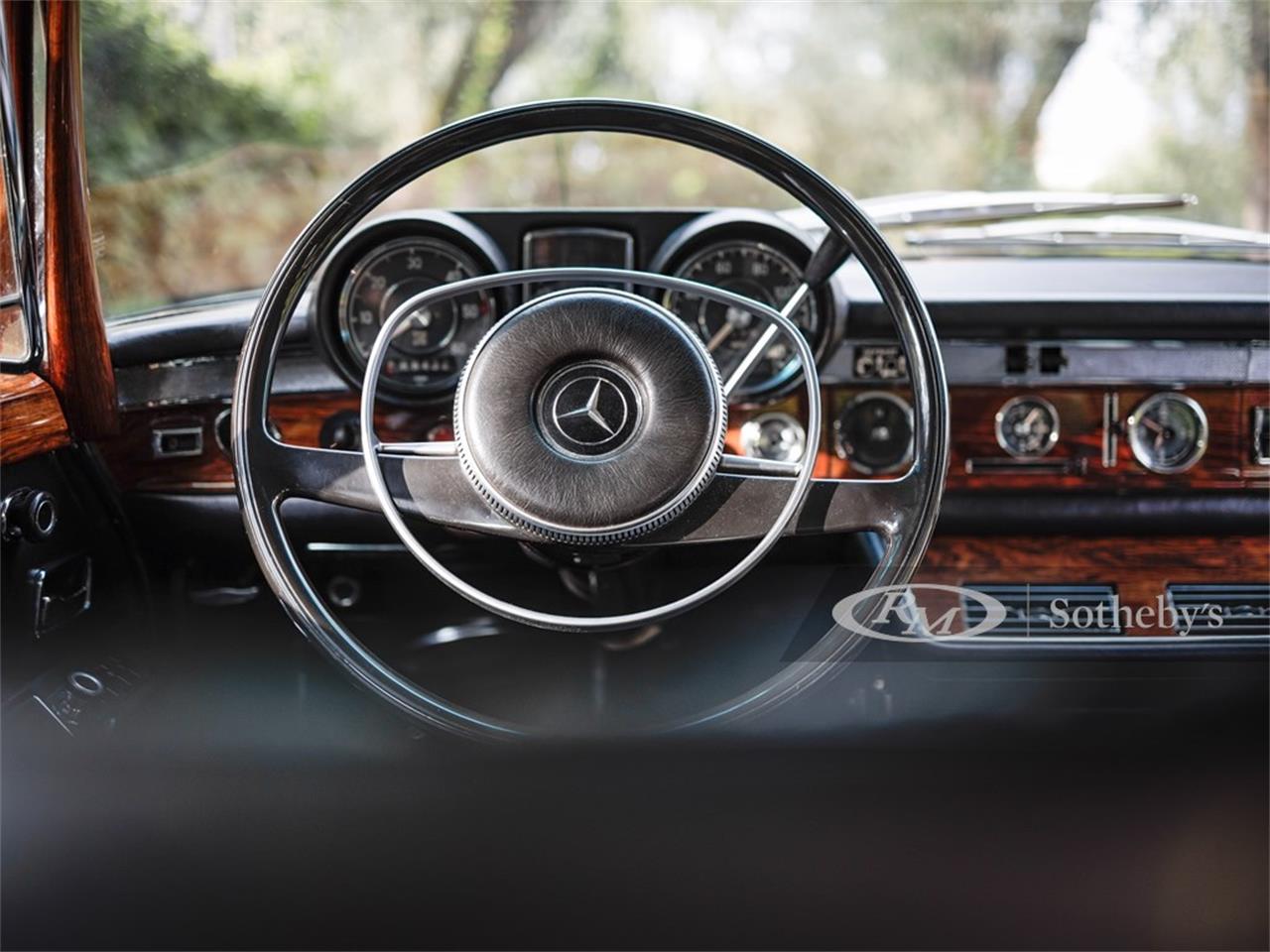 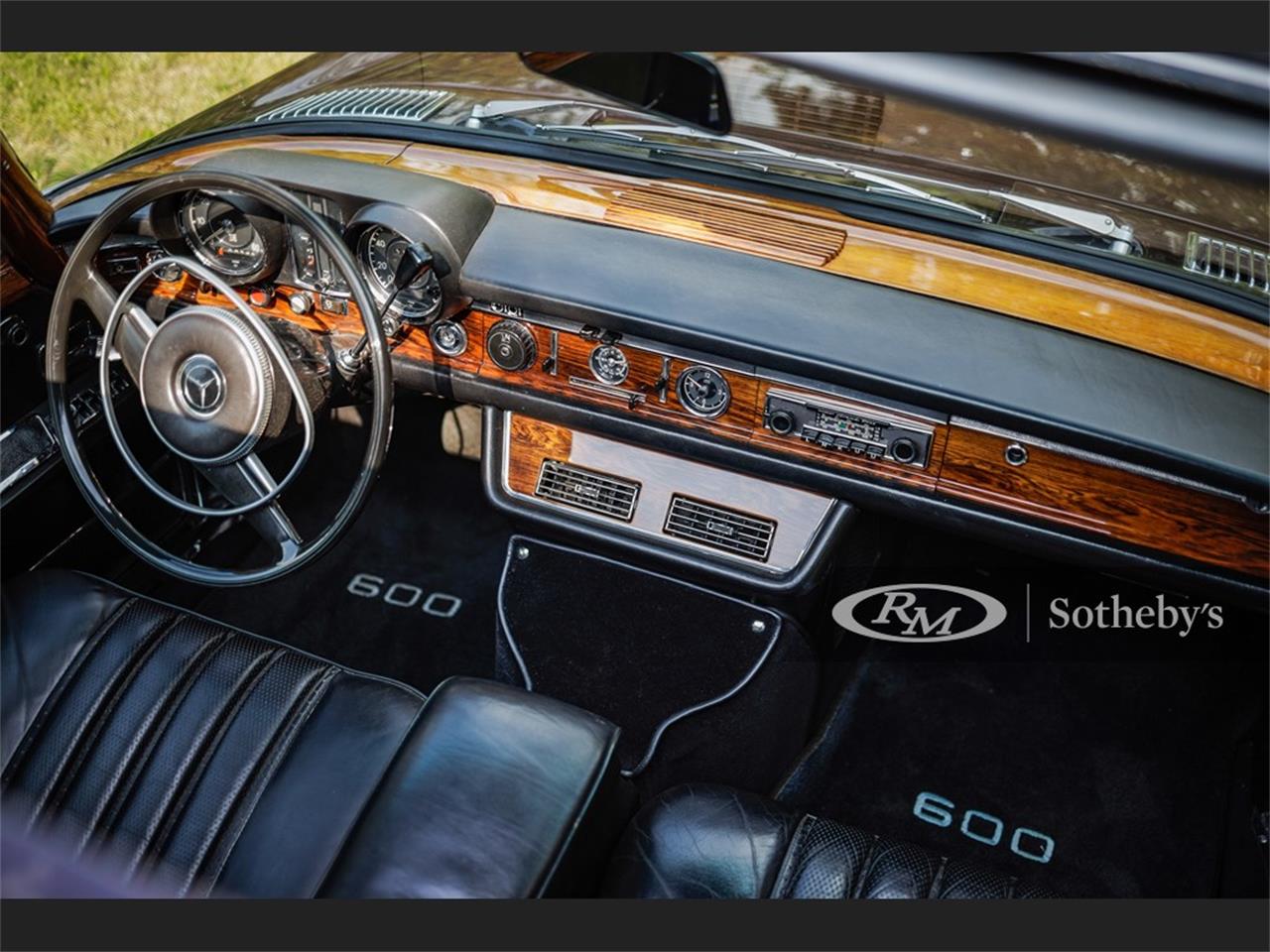 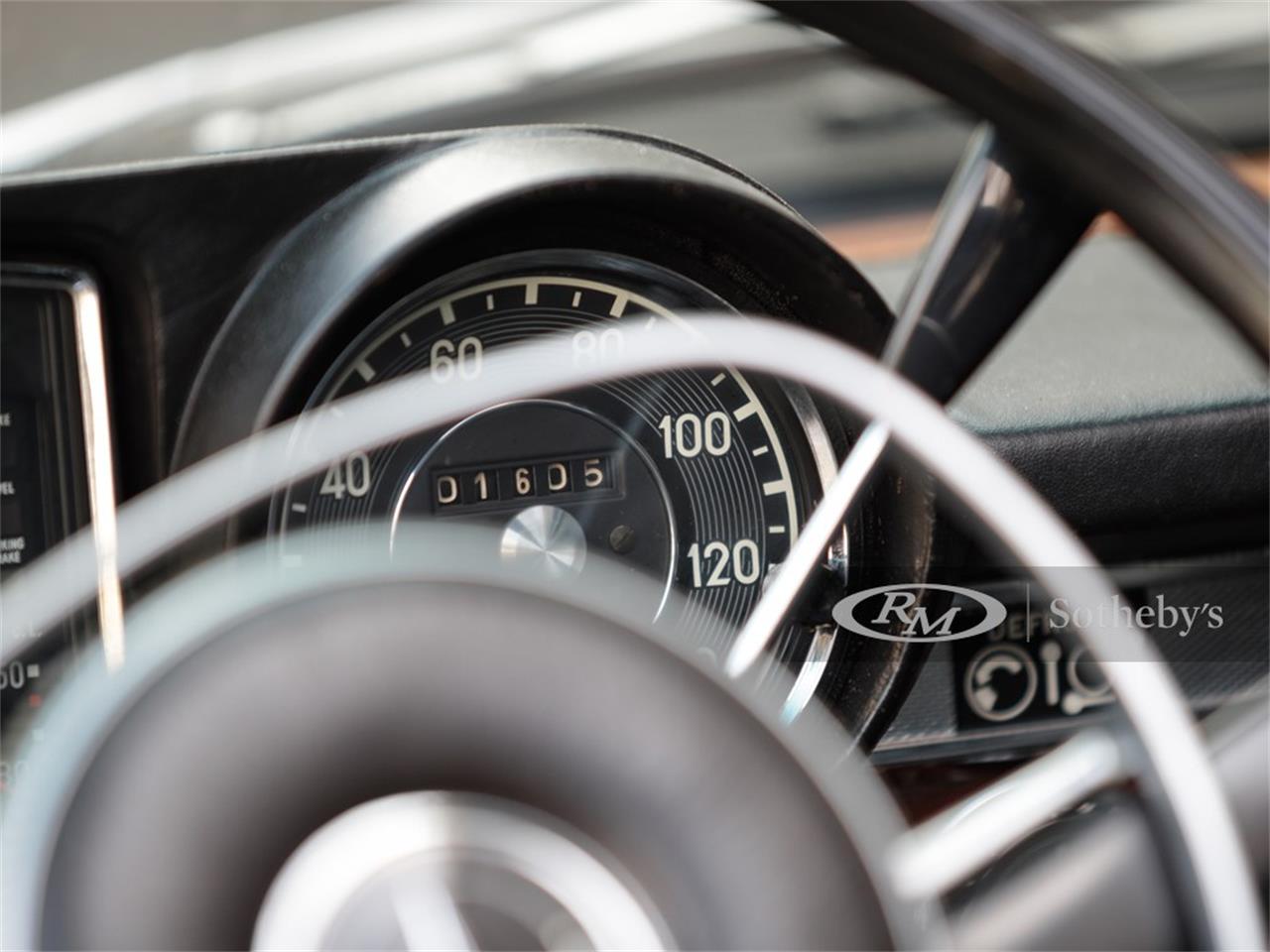 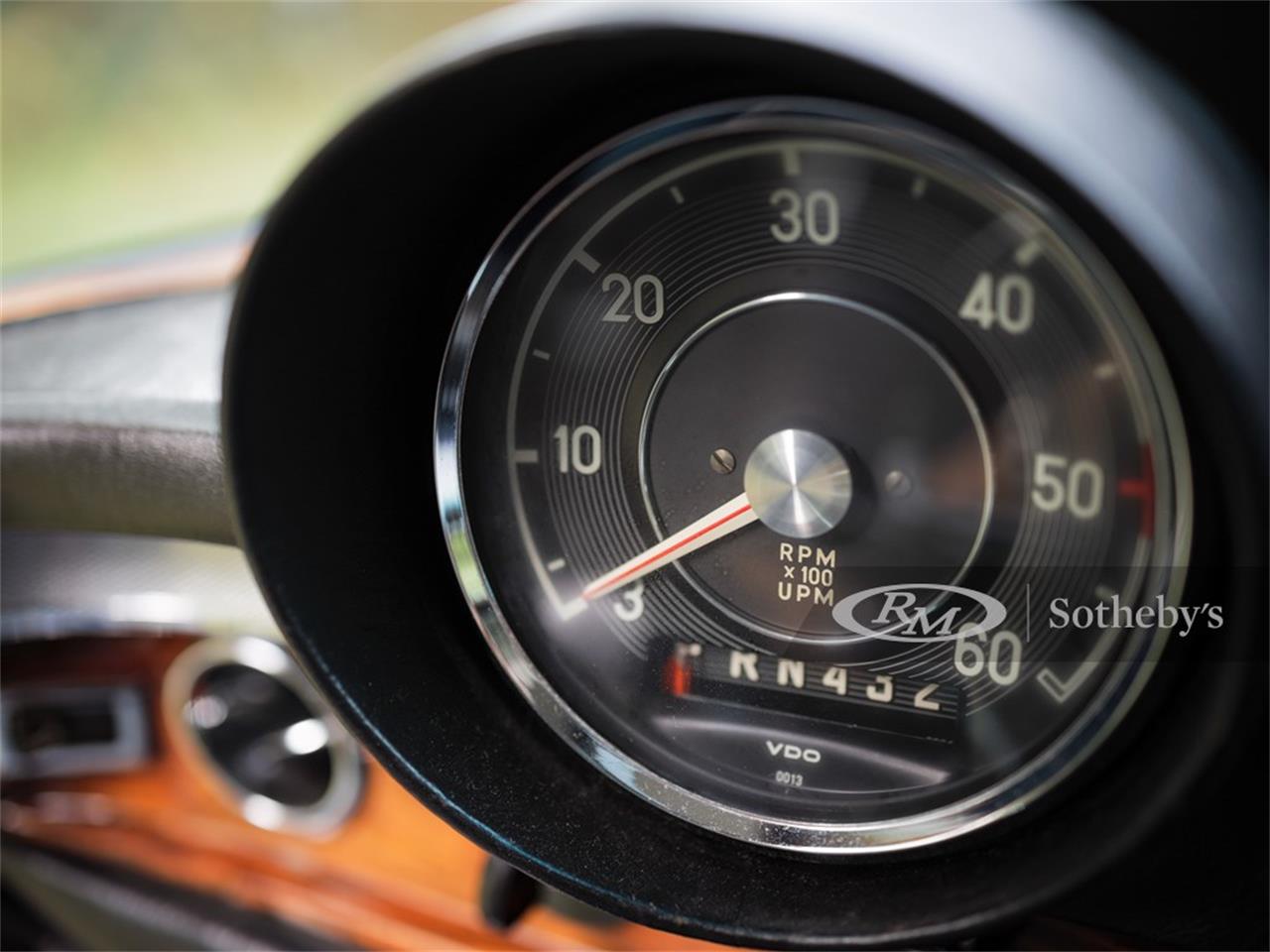 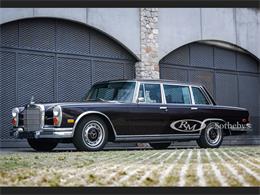 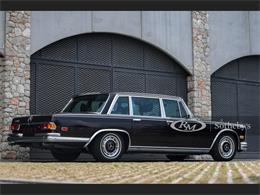 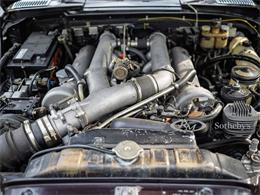 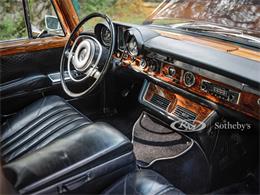 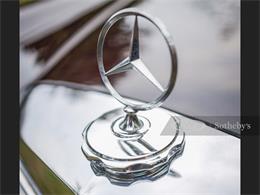 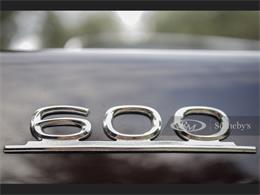 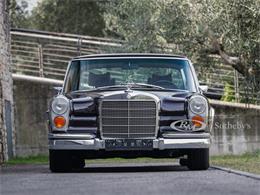 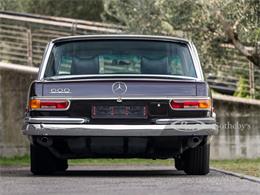 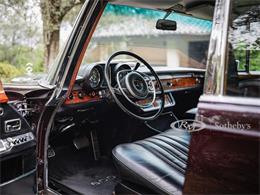 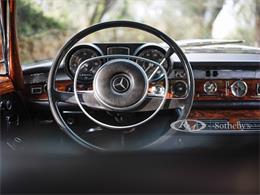 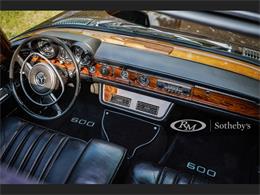 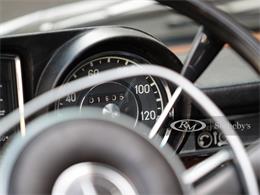 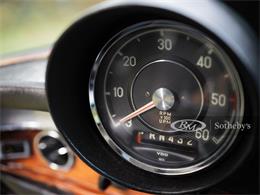 When the Mercedes Benz 600 was introduced in 1963, it was aimed directly at the Rolls-Royce Phantom V. The 600 featured a stunning design by Paul Bracq, a new 250 horsepower SOHC, dry-sump V-8, self-leveling air suspension, and an impressive hydraulic system that operated the dual-circuit brakes and powered the seats, trunk, windows, and sunroof. Despite its size, the hand-built newcomer was a true sports limousine: a driver's road car with excellent handling, capable of cruising at over 100 mph, and fully deserving of "The Grand Mercedes" title bestowed upon it. Considered one of the finest engineered automobiles ever built, the Mercedes-Benz 600-series defined the limits of luxury and performance for the German marque.

This 1970 Mercedes-Benz 600 'offered here is a short wheelbase example equipped for the US-market and completed in November in 1969. Clad in an alluring Bordeaux over black leather color combination, this chassis is one of just 198 SWB examples produced worldwide for the 1970 model year.

Delivered new in January 1970 to the Southwestern United States, the earliest known owner provided this chassis with a full cosmetic restoration in 1994 courtesy of noted 600-series specialist Karl H. Middlehauve's Classic Car Restoration Ltd of Wausau, Wisconsin. Refinished in its original Bordeaux paint, accompanying documentation shows the addition of new glass, seals, rosewood trim, Wilton carpets, and several important mechanical items-notably the air suspension bags, shocks, and motor mounts. In total, over $46,000 USD is stated to have been furnished on the chassis at this time.

By 1997, this chassis had found its way into a private collection in Leichlingen, Germany-where it remained sparingly used but carefully stored---until it passed to a Freiburg-based dealer sometime soon thereafter. Acquired by the consignor on December 27th of 2001, this attractive chassis has had just 2,000 miles added to its odometer in his last nineteen years under his keen custodianship.

Between 2015 and 2016, the consignor commissioned renowned Mercedes 600 specialists Woerle Fahrzeugtechnik of Syrgenstein, Germany to complete over €50,000 of mechanical servicing and refreshment. A bevy of highly detailed invoices showing hundreds of line items indicate that this chassis is fully-sorted; the hydraulic, vacuum and brakes systems were extensively addressed at that time. Equal attention was similarly applied to the ignition and fuel delivery assemblies, air conditioning system, window regulators, and automatic transmission. All pertinent rubber seals, gaskets, bushings, guides, clamps, and consumables were also refreshed as needed during Woerle's extensive mechanical overhaul of this nicely presented chassis. Finally, the consignor notes that the car was also converted to European-spec headlights and all necessary TUV-homologation adjustments were made by the workshop during this period. As such, this chassis retains much of its outward American-market bodywork, though is offered free from any pending road-certification issues or exportation headaches.

Aesthetically, the rosewood trim, brightwork and leather seats display a minor, if not handsome, patina befitting its older cosmetic restoration. Importantly, all vacuum systems and hydraulic features are stated to be in good operating order, including the sunroof, seats, hood, trunk, locks, windows, and most notably, the self-leveling air suspension system. The color matched wheels are presently shod in a set of thin white wall tires befitting a period-correct aesthetic. Now accompanied by a set of correct tools, spare wheel, and service documentation, this 600 sedan offers a tempting and alluring opportunity to experience the epitome of over-engineered luxury.To view this car and others currently consigned to this auction, please visit the RM website at rmsothebys.com/en/auctions/lf20.