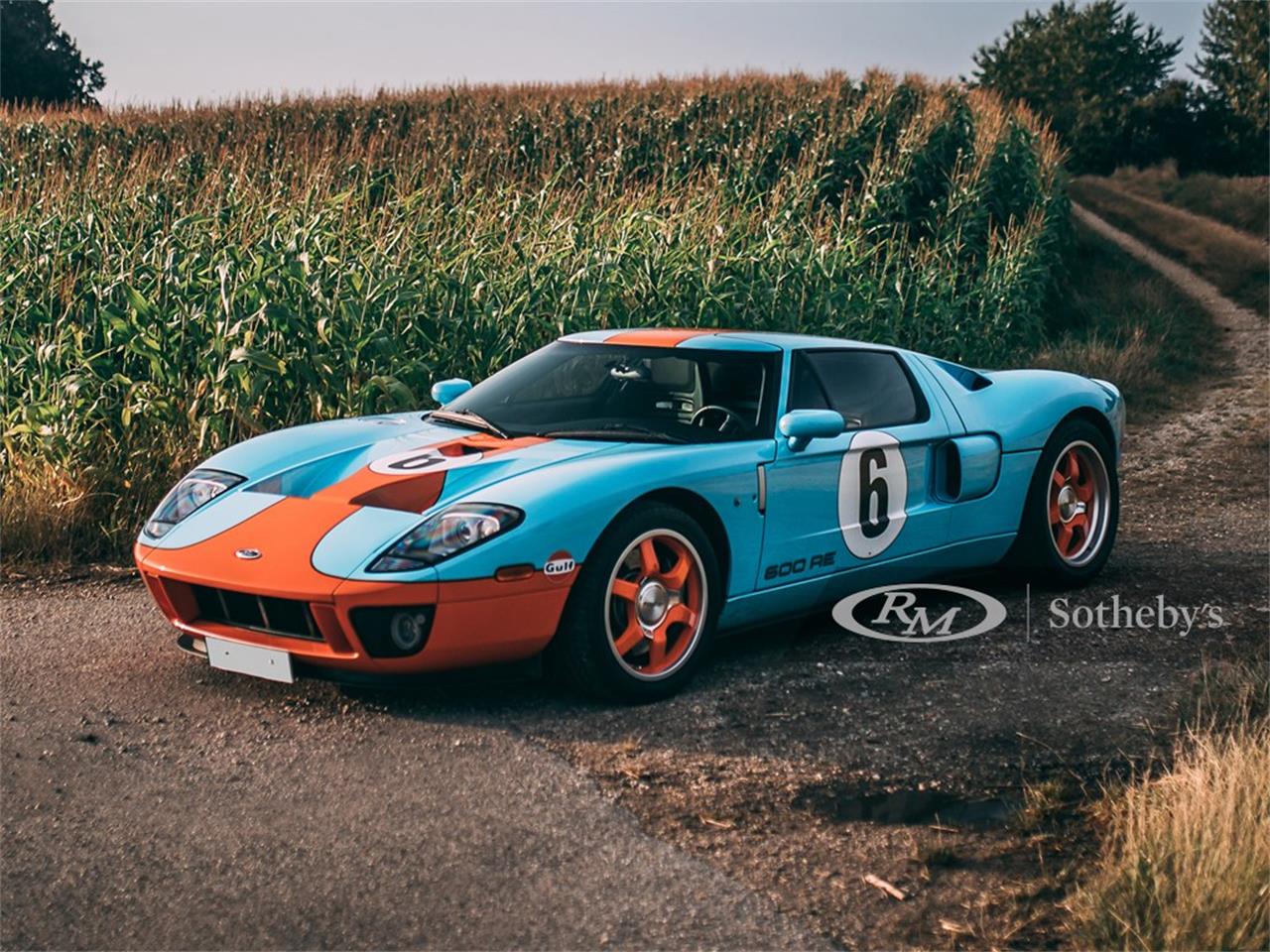 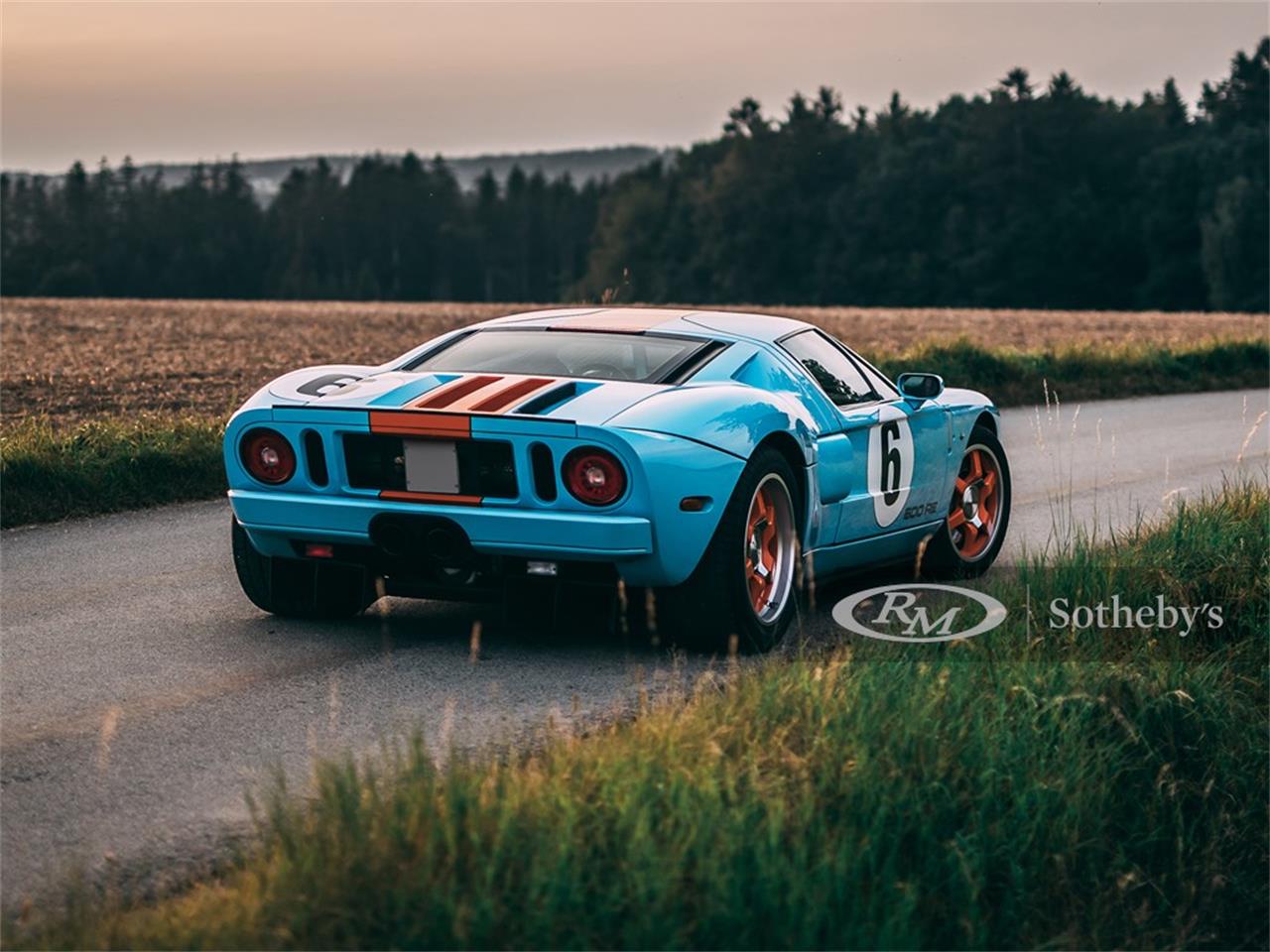 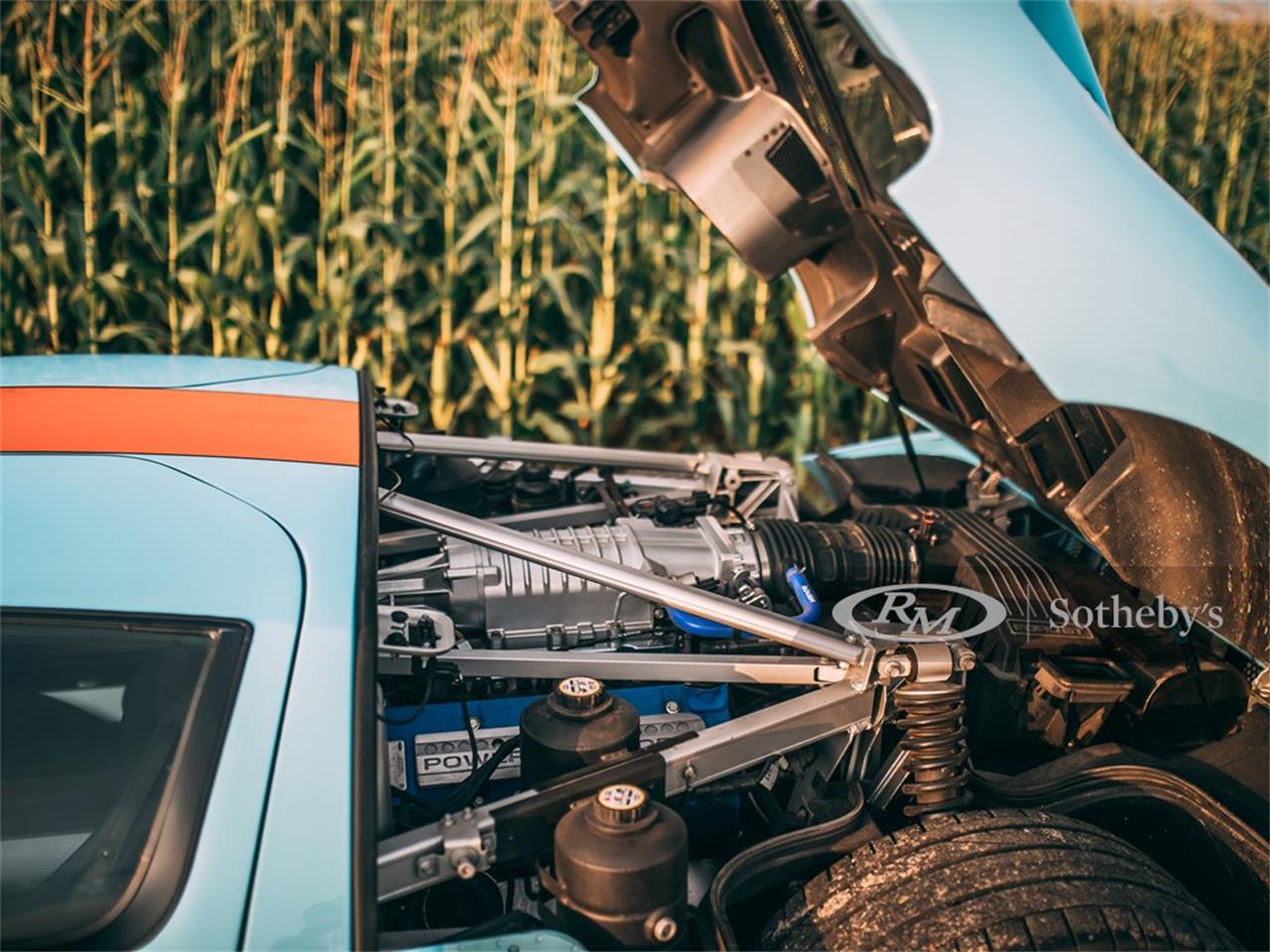 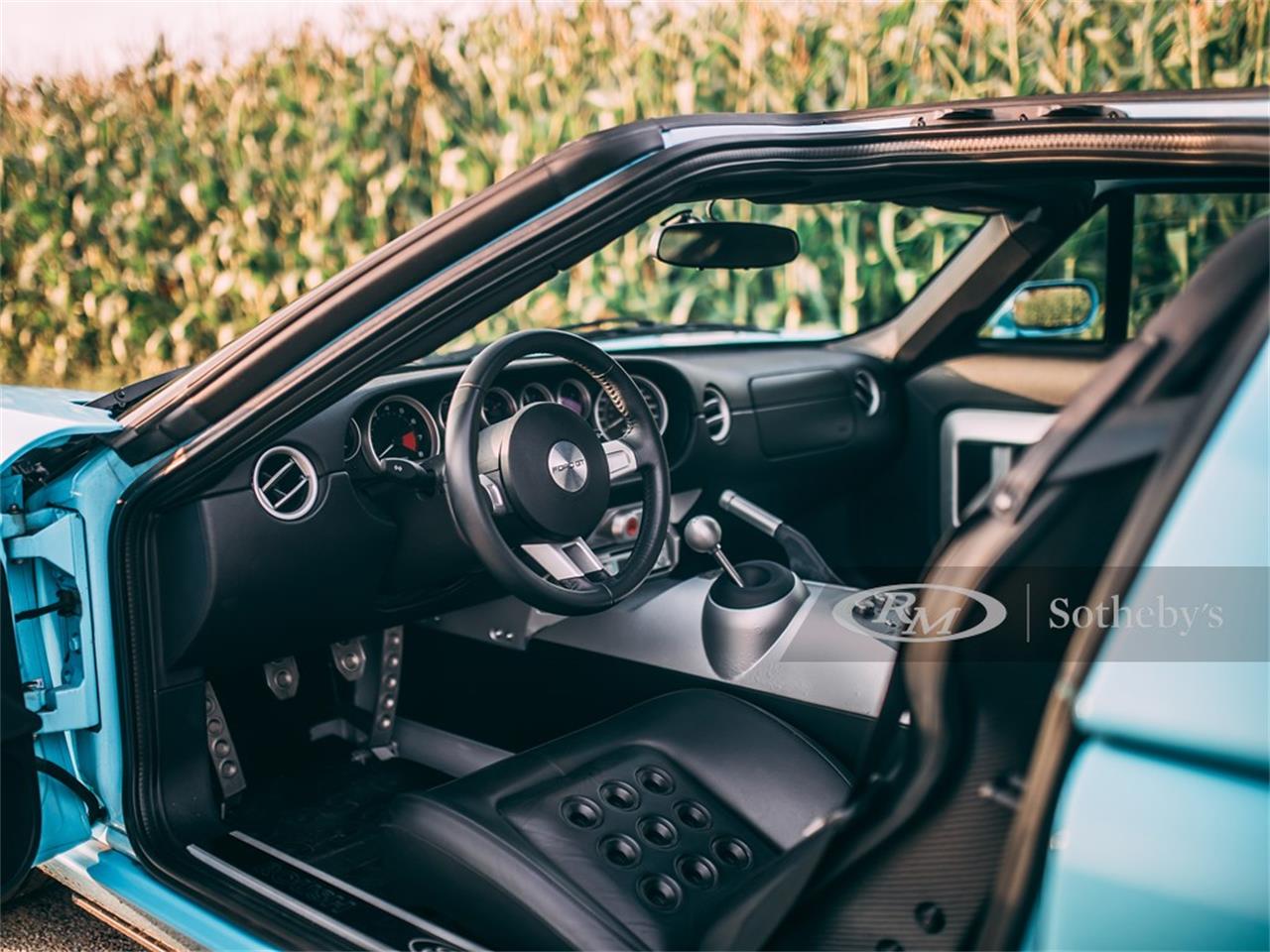 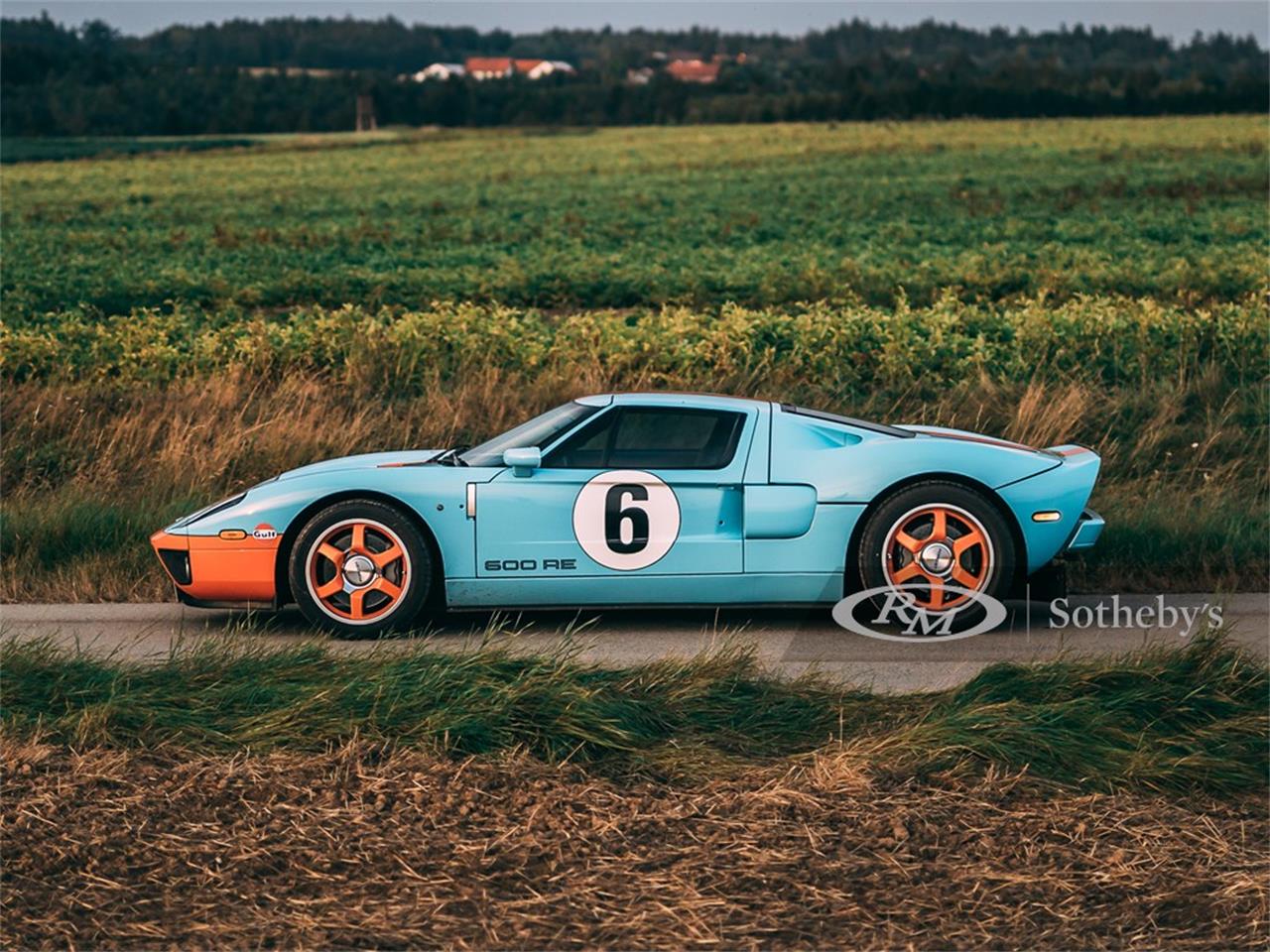 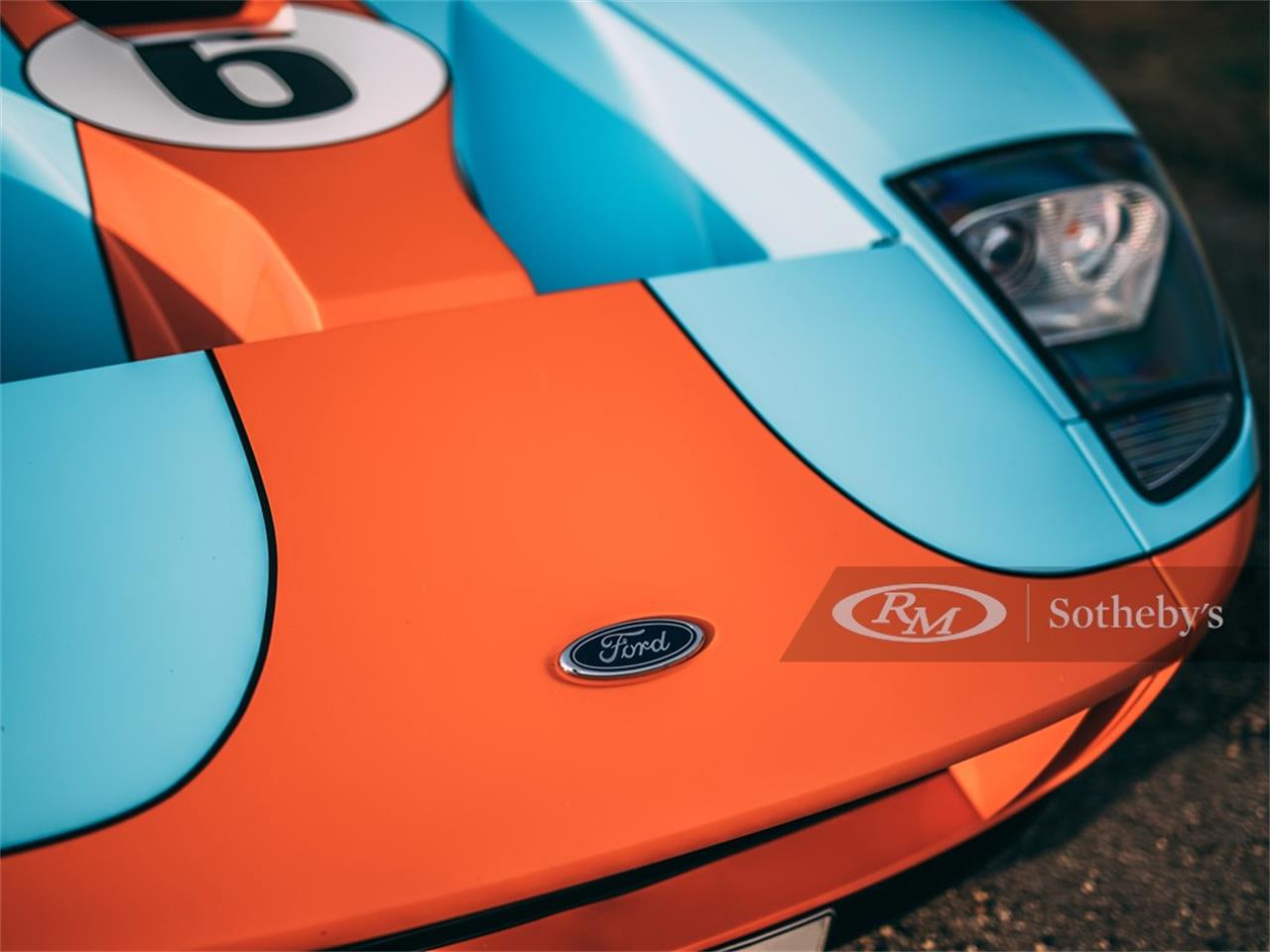 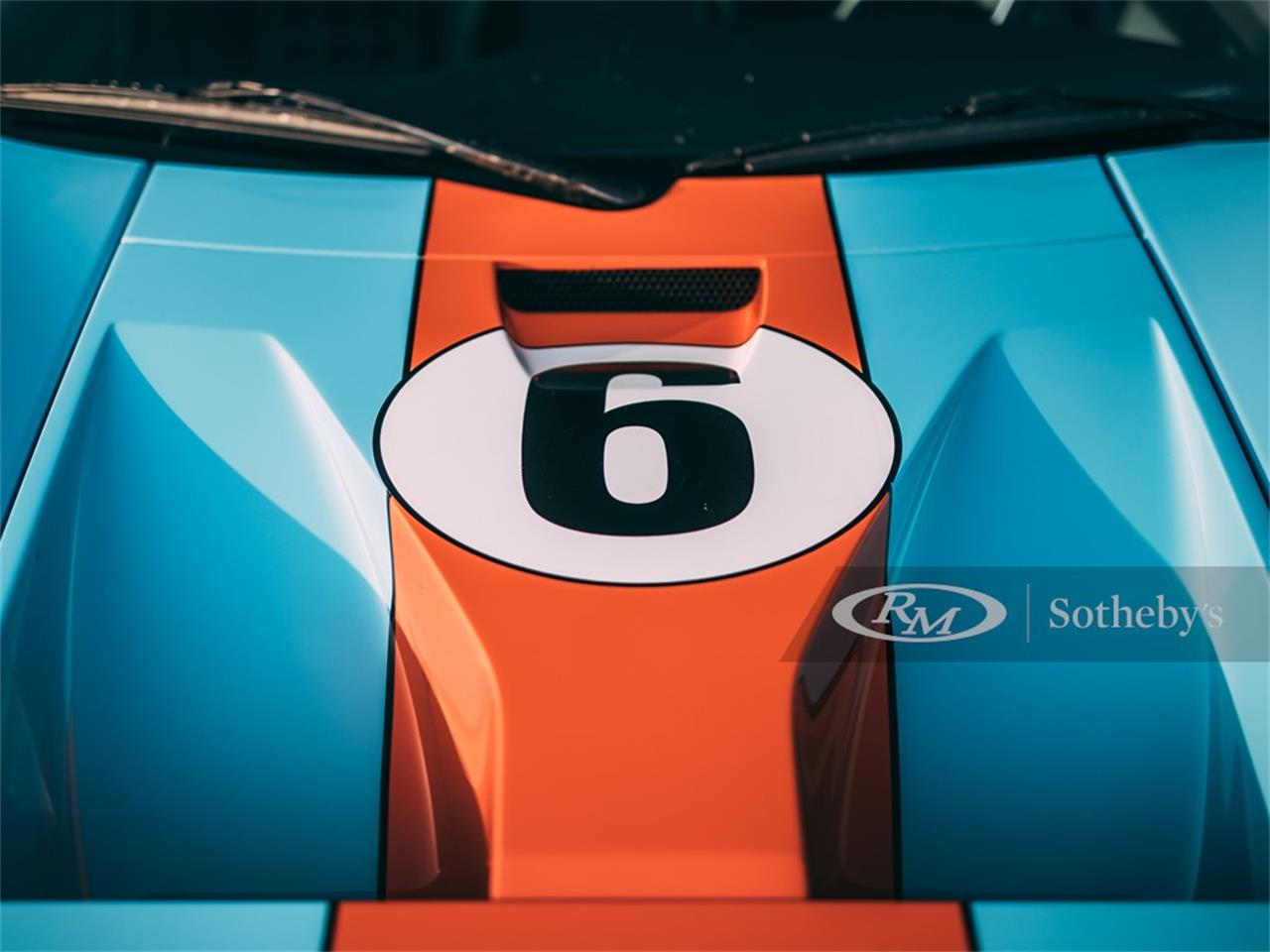 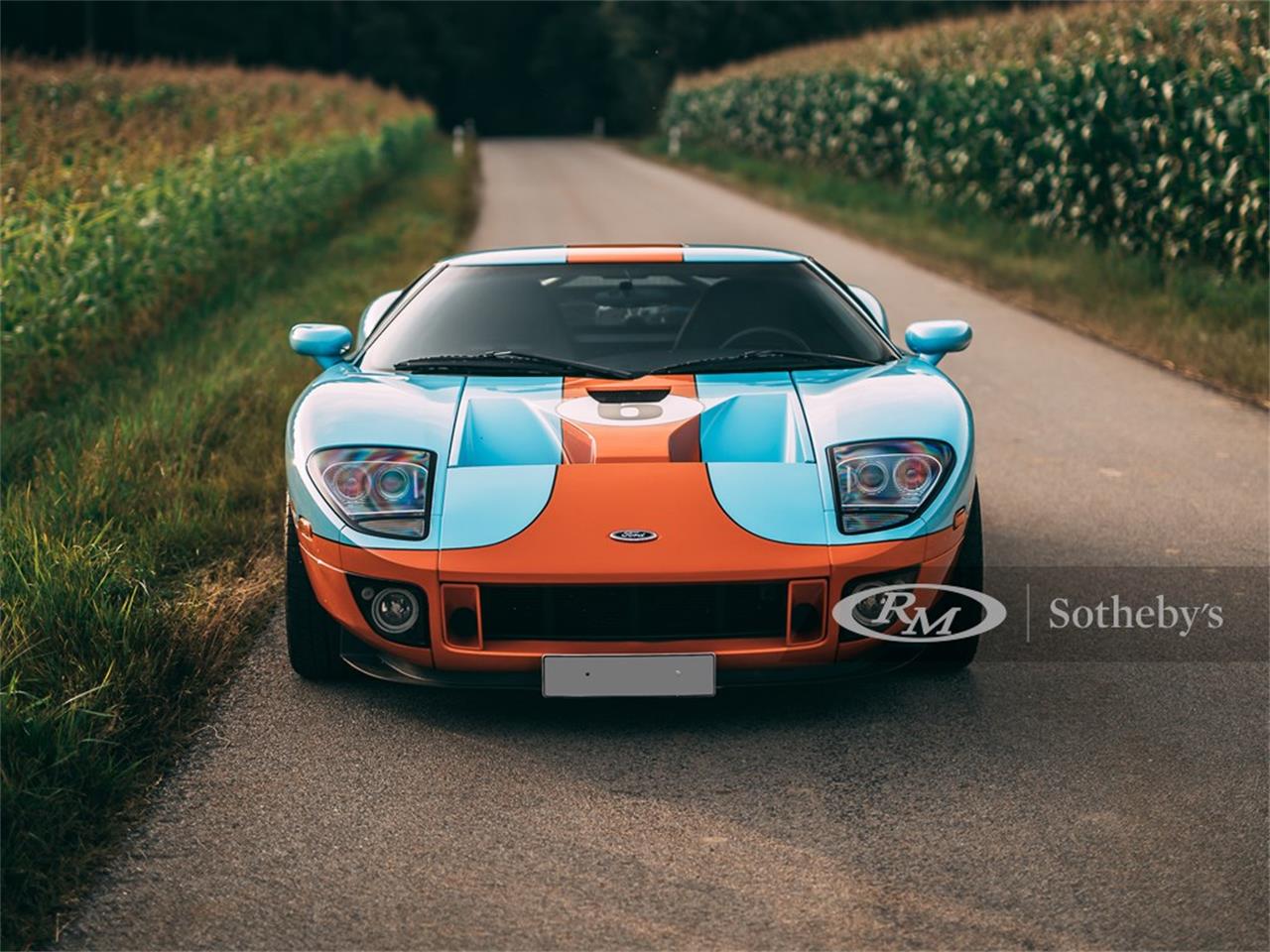 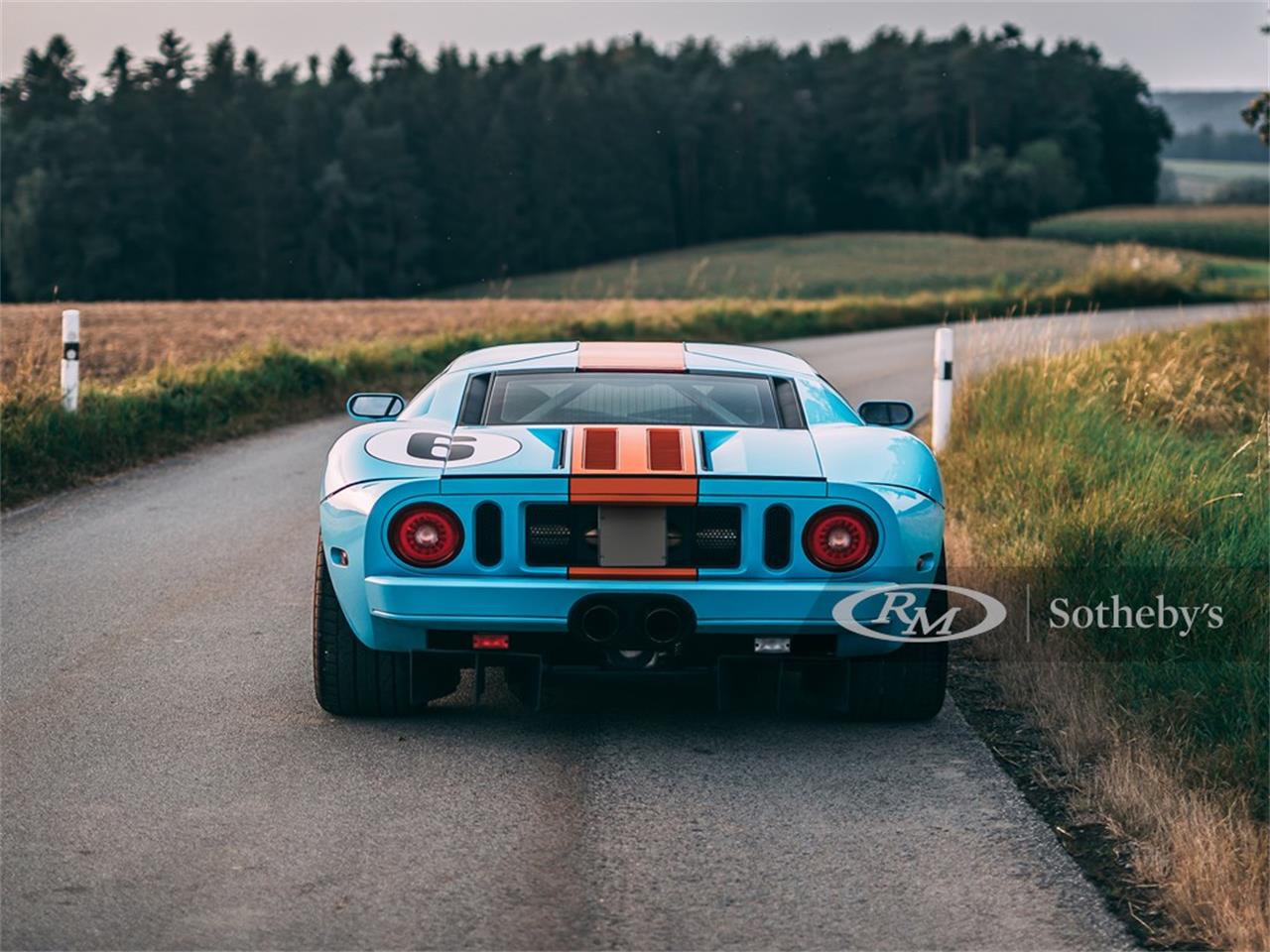 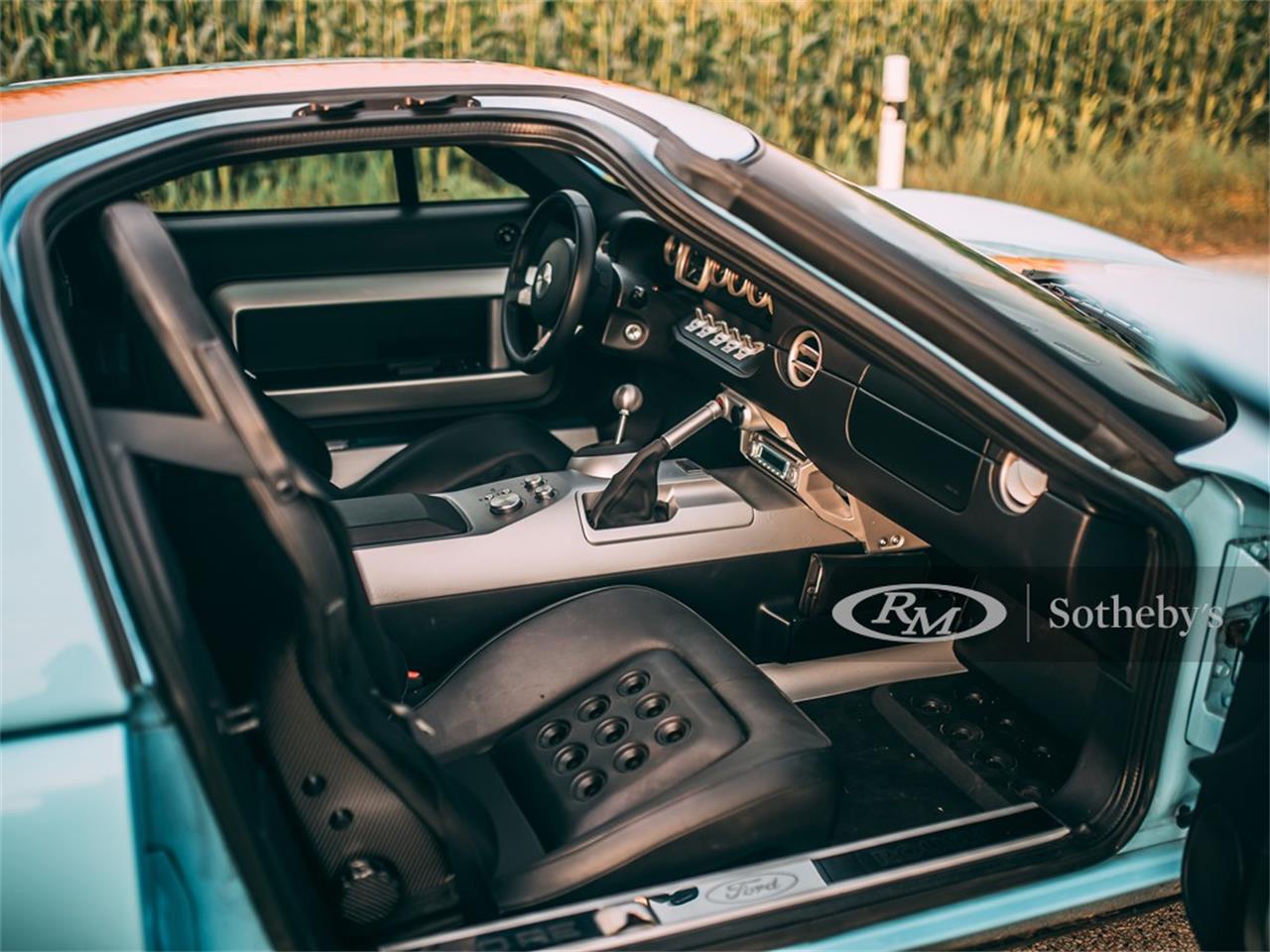 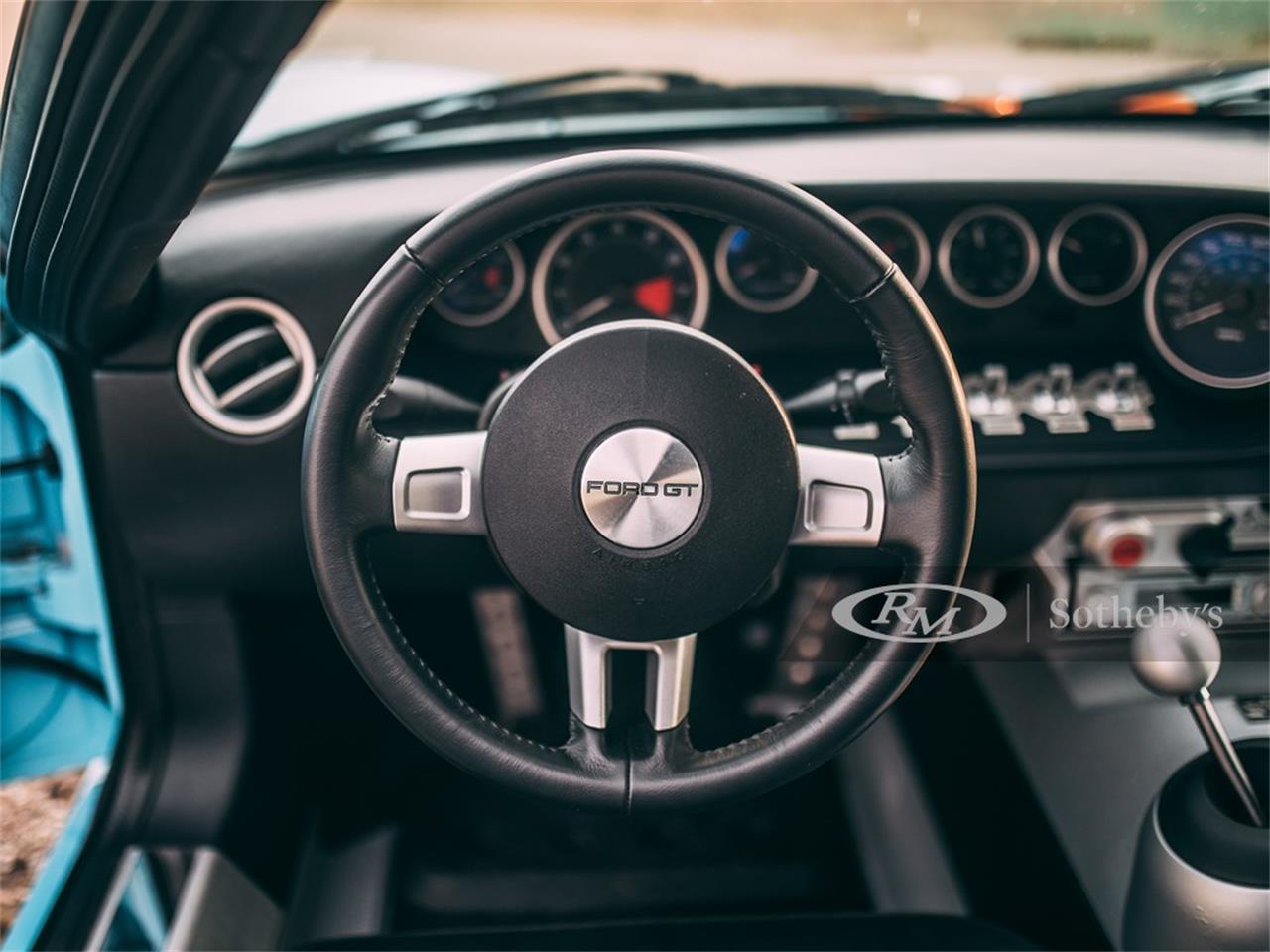 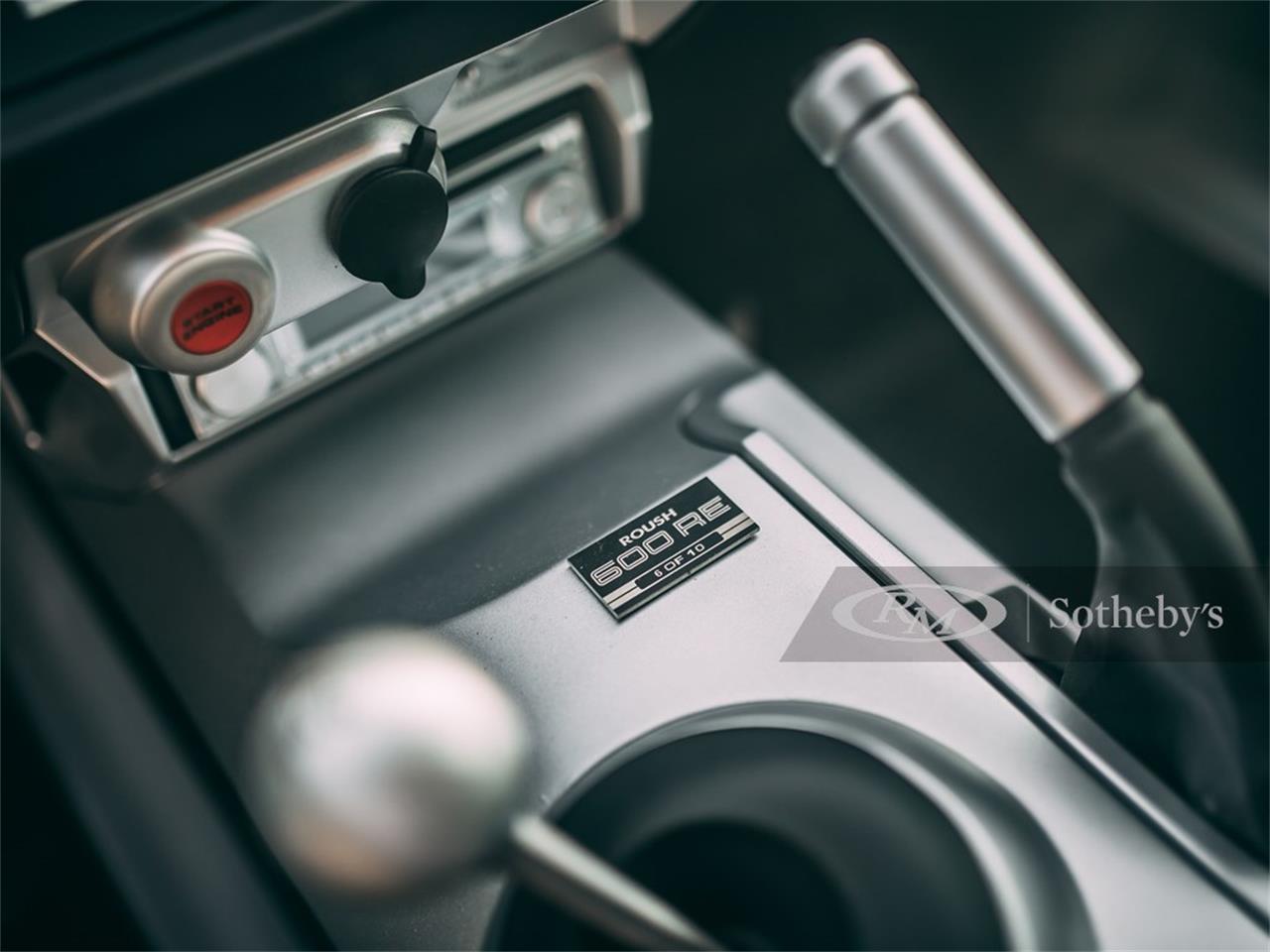 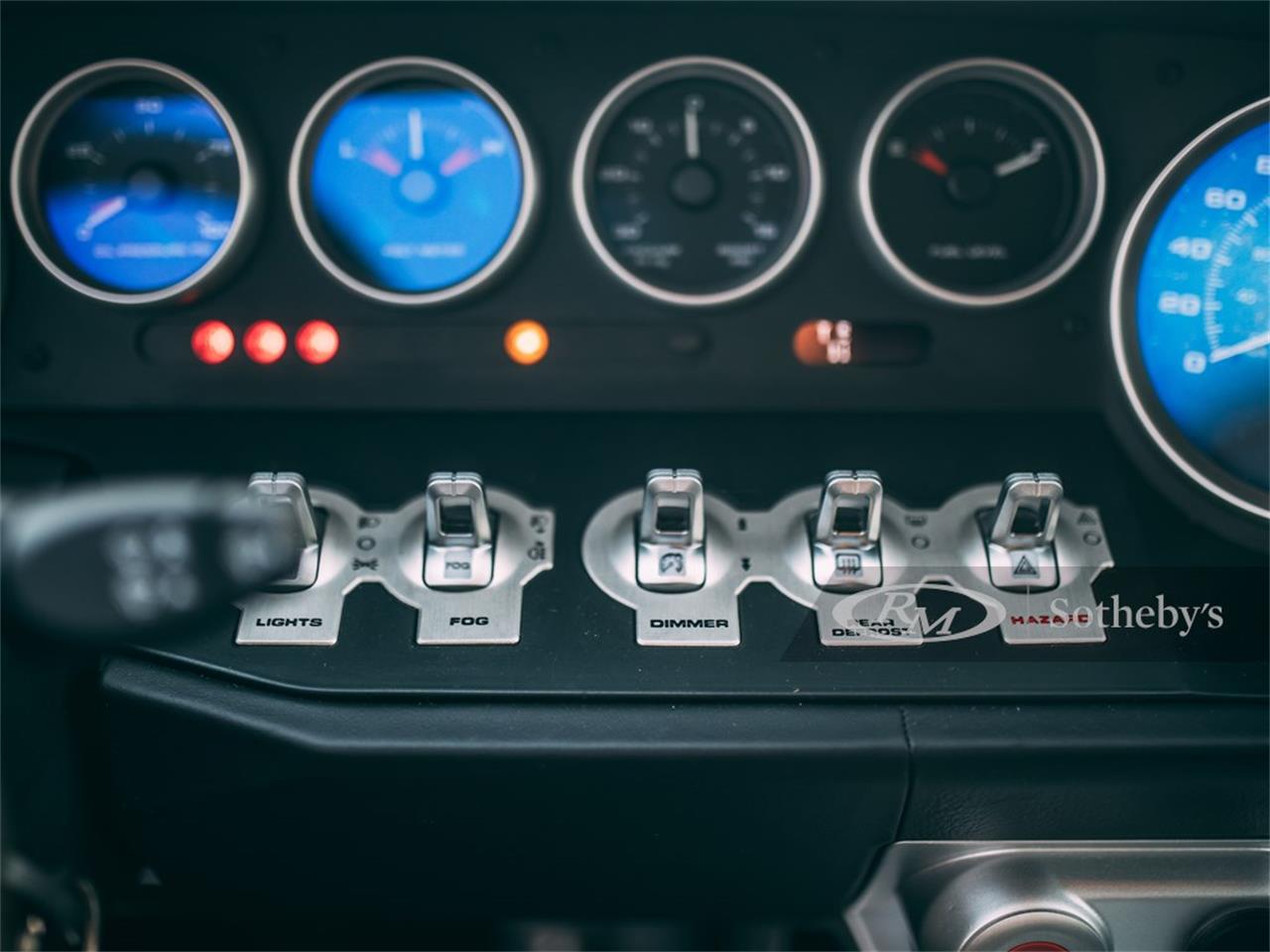 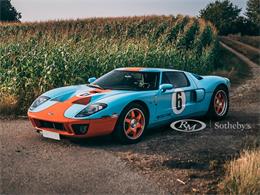 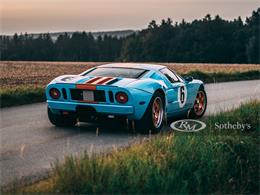 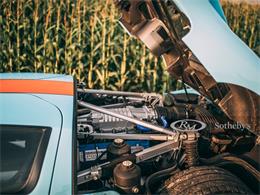 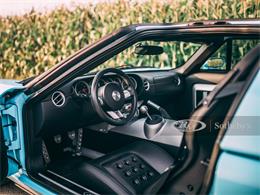 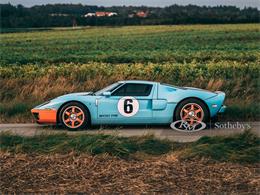 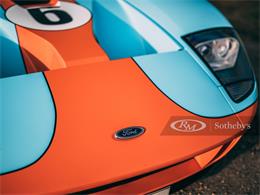 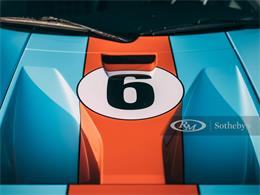 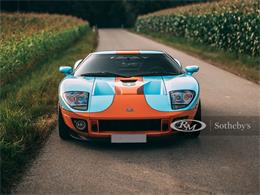 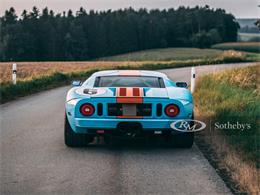 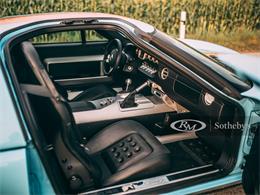 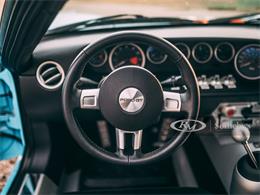 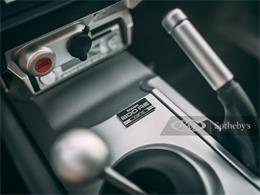 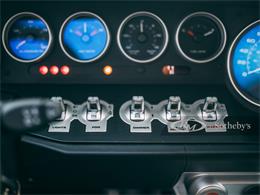 Upon the conclusion of Ford GT production in the fall of 2006, Ford found itself with a handful of unsold GTs on their hands. A handful of these cars were designated for the European market and were sent to Roush Europe for some additional tuning in collaboration with Avro Motor Cars. Roush had been intimately connected with the Ford GT project from the very beginning as they built the GTs engine, so they were a natural fit for coaxing a bit more power out of the GT.

Through fitting a smaller belt and pully on the supercharger, Roush was able to extract 600 bhp at 6,200 rpm, with 550 lb ft of torque at 3,800 rpm. This represented an increase of 50 bhp over stock output, equating to a 10% increase in power over stock. Further to this, Roush fitted a freer-flowing Tubi exhaust and uprated transmission-oil cooler. Cosmetically, the cars were fitted with "600RE" stickers on both doors, as well as new door-sill covers and a plaque affixed to the centre console.

The example presented here was born in Mark IV Red and at some point was repainted to the more desirable Heritage-Edition colour scheme . Acquired by its first owner directly from Roush in the U.K., it was driven roughly 1,500 miles with him before being acquired by its second and current owner in 2008. Exported to Germany at that time, today the car has been driven less than 11,800 miles from new.

Already a potent supercar coming directly from Ford, the Roush 600RE upgrade brings this car's performance to another level. Capable of competing with contemporary supercars like the Porsche Carrera GT, Mercedes-Benz SLR McLaren, and Ferrari F430, the Roush 600RE provides a welcome alternative to the establishment. With only ten examples produced, these cars are seldom seen today and it goes without saying that this would make an excellent addition to any collection of supercars. To view this car and others currently consigned to this auction, please visit the RM website at rmsothebys.com/en/auctions/lf20.