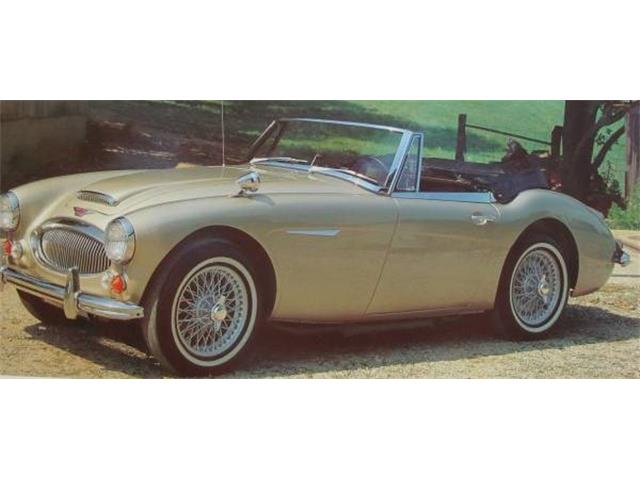 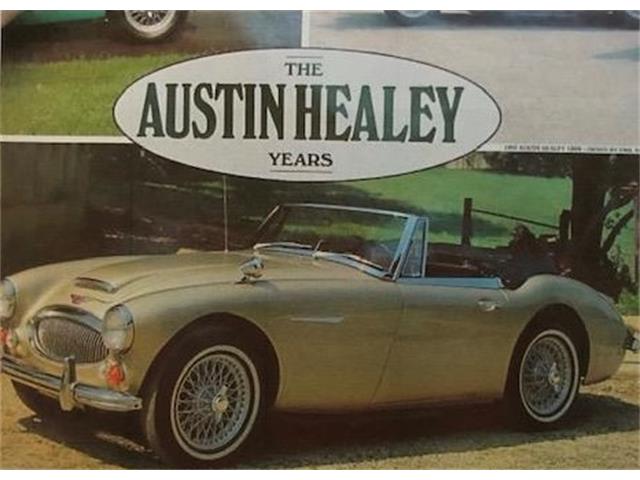 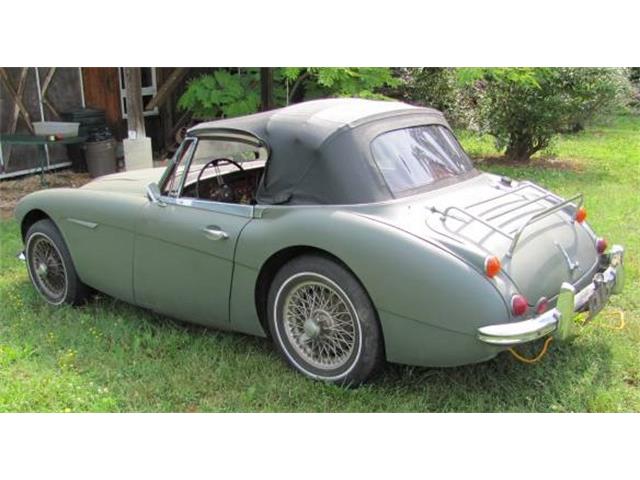 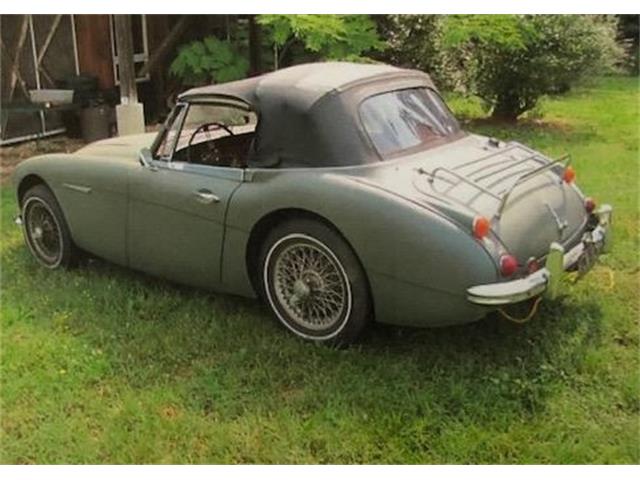 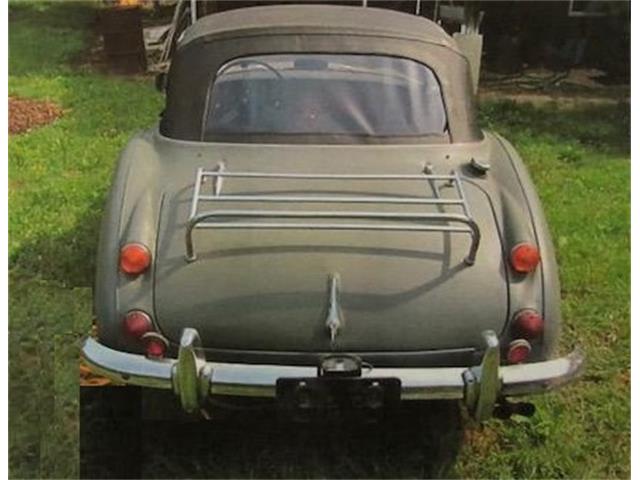 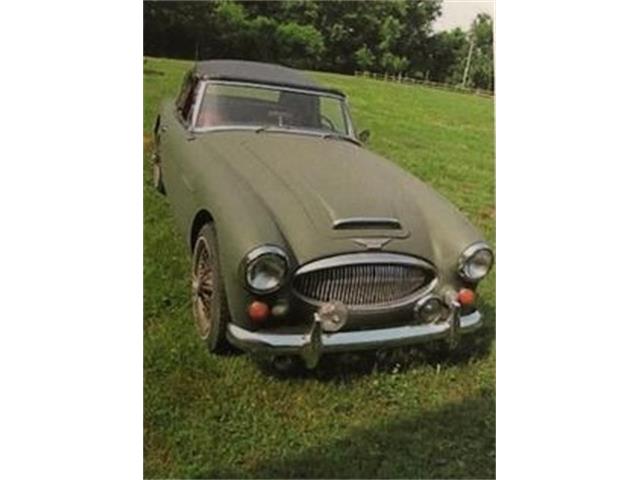 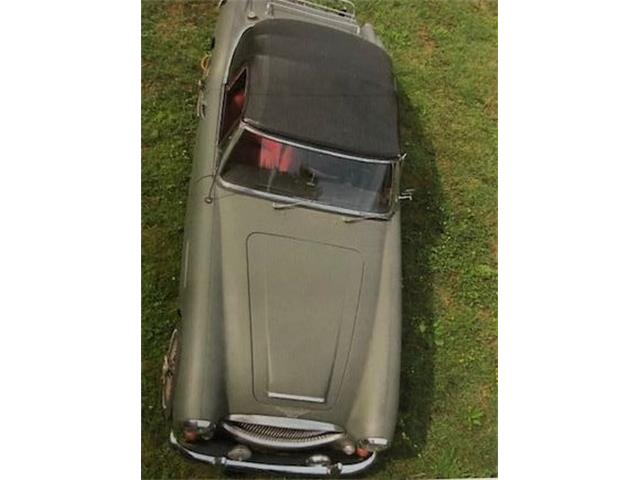 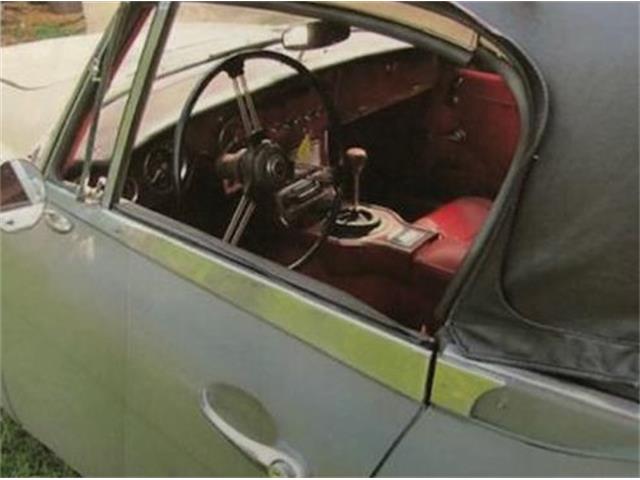 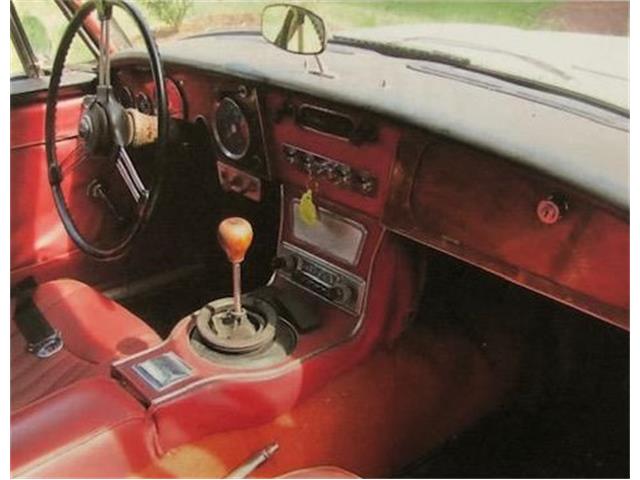 All needed maintenance and restoration work was done over the years since my wife and I bought the car in 1984. This included:

Since we have owned the car, it has been kept protected inside garages and more recently in a barn on the Eastern Shore of Maryland.

Except for the equipment that needed to be replaced as noted above, this car still has most of its original parts. I, and many other Healey lovers that I have met prefer to keep as much of the original parts as possible - out of sentimentality and an appreciation of Healey history and the care that the previous owners have given the car. Some prefer to tear down an older classic car and do a complete restoration to return it to near-new condition. Frankly, I will never  understand why people do that.  Doesn’t seem right.

This Healey was originally a limited- edition off-gold color called Healey Beige Gold.  The interior seating and carpeting are red and the top is black.

Bruce Phillips of Healey Surgeons in Takoma Park Maryland did a complete inspection of the car when we first bought it.  He found some spots of the original paint that can still be seen in the door jam on the right side and on part of the firewall by the engine. Bruce owns a Healey with this unusual color that is pictured in the ad for this Healey.  It shows what ours could look like if it was restored to the original color.

This car first needed repainting when it was about 10 years old and the owner then, the person that we bought the car from, chose to paint it  silver – brown, a relatively new color that was being used on some Mercedes and Lexus’s. It was quite an attractive color for a Healey but over the next 40 or so years, the hood gradually developed some small blisters.  In 2017 we had it professionally sanded and primed it so that it could be repainted. We had decided to restore it to Healey Beige Gold and got several estimates to get it painted. We had found a car restorer on the Eastern Shore who did outstanding work and were waiting until he could work us into his schedule.  But then we realized that it did not make sense to go ahead with the painting.  We had been planning for some time to sell our house in Maryland and move down to Florida.   While the country roads in Maryland are great for Austin Healeys, having a convertible in Florida is very different. It is really not practical to have any car in Florida without air conditioning and the roads are more crowded and often not maintained as well as those on the Maryland Eastern Shore. We decided that it made more sense to sell and let the new owner decide what color it would be. We did sell our house and moved the car to a friend’s barn near Chestertown where it is now.

The engine and transmission have always been strong and have not needed any work except occasional tune ups with new plugs, air and oil filters. When run regularly, it starts up easily and has been a pleasure to drive on the smooth, curvy, uncrowded roads that we have on much of the Eastern Shore. The car was particularly enjoyable due to the Healey’s near instant power, fine steering, and the electric gear shift providing extra gears to play with.

There are some improvements that have been professionally recommended although the three shops that have done the most recent work on the car said that other than the painting and installing the new carpeting, it was perfectly usable as it is. The main additional improvement recommended was replacing the other 3 tires. As noted above, one of the tires and wheel were damaged and were replaced. The other three tires have good tread still but are fairly old and probably should be replaced for safety reasons.  Not included in the repair shop estimates, the steering wheel and dashboard should have some cosmetic work done with plastic filler, sandpaper and varnish. The total cost of all of these improvements, including a multi- coat high- quality painting, carpet installation and all of the improvements that are optional, has been estimated to be considerably less than $6000.

Hagerty has other information for ranking the quality of a used car depending on several factors regarding its drivability and physical appearance.   Considering that information and the values for the 12 Healeys in their survey, I believe that $45,000 is a very generous asking price for this car. That is arrived at assuming that it would conservatively have a value in the $60,000 range, more likely at least $70,000 after it gets a high- quality painting and all additional improvements are made.  If $60,000 is considered its final value, $45,000 allows for $15,000 of improvements, significantly higher than the conservative figure of $6,000 estimated above.

Sometime around 1990, Donald Healey came to the U.S. from England to attend a special Austin Healey rally arranged by Bruce and Ianan Phillips in the summer. The rally and a special dinner were held in West Virginia at the lodge on the top of Snow Shoe mountain where a ski resort is located. The event was attended by Healey owners from all over the U.S., and the sound of numerous Healeys rumbling up the mountain at one time was fantastic.  I wish I could have recorded it!

If you are a Healey fan, you know that the family decided to stop building the cars in 1967. The car was designed for, and raced successfully, many years in the mountains of Europe, and the Healey family did not want to downgrade the engine performance to comply with the new U.S. emission standards. 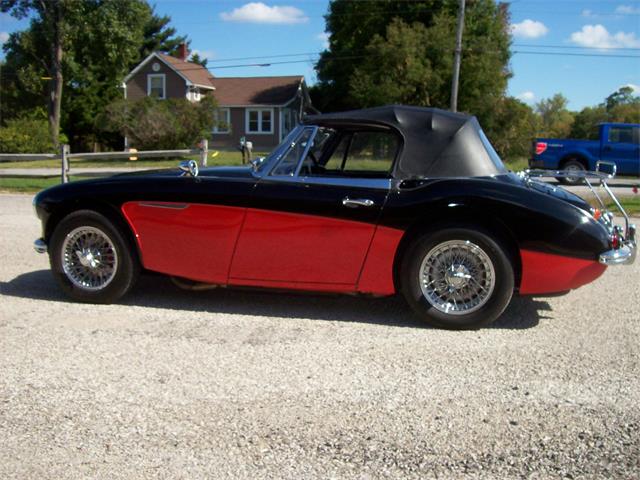 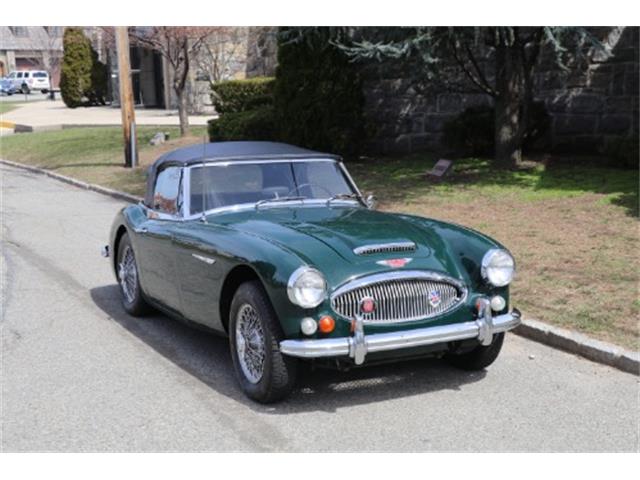