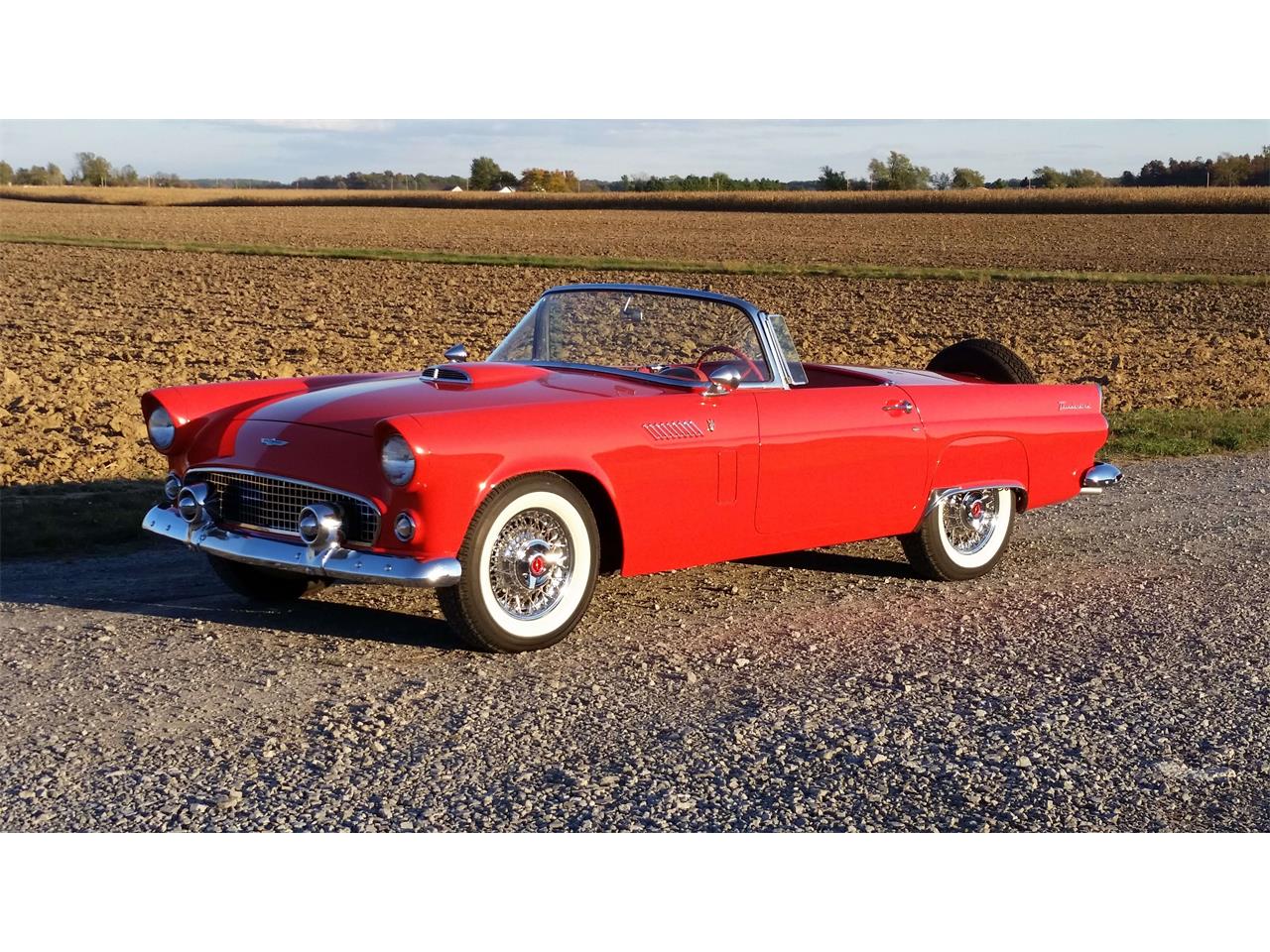 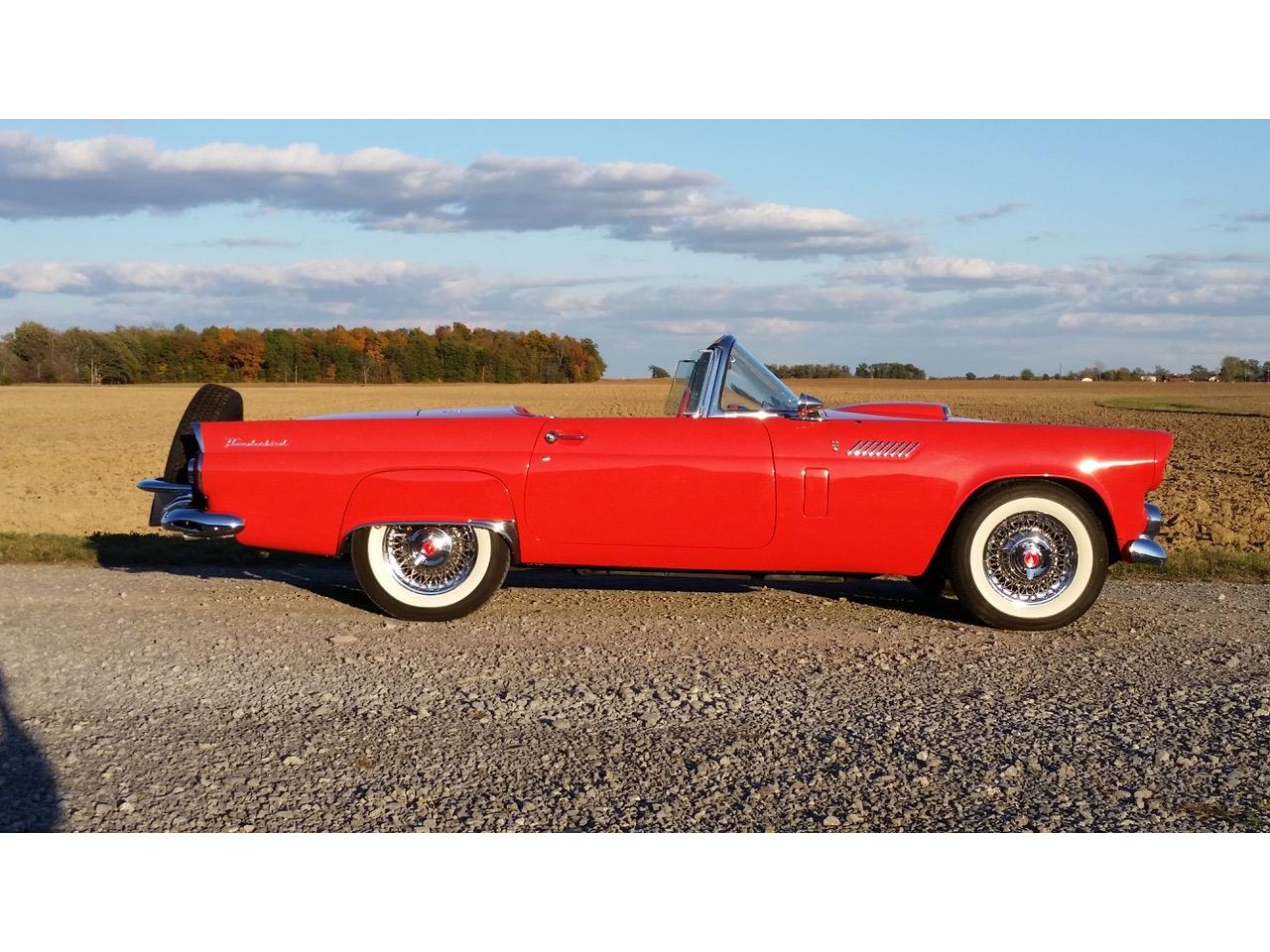 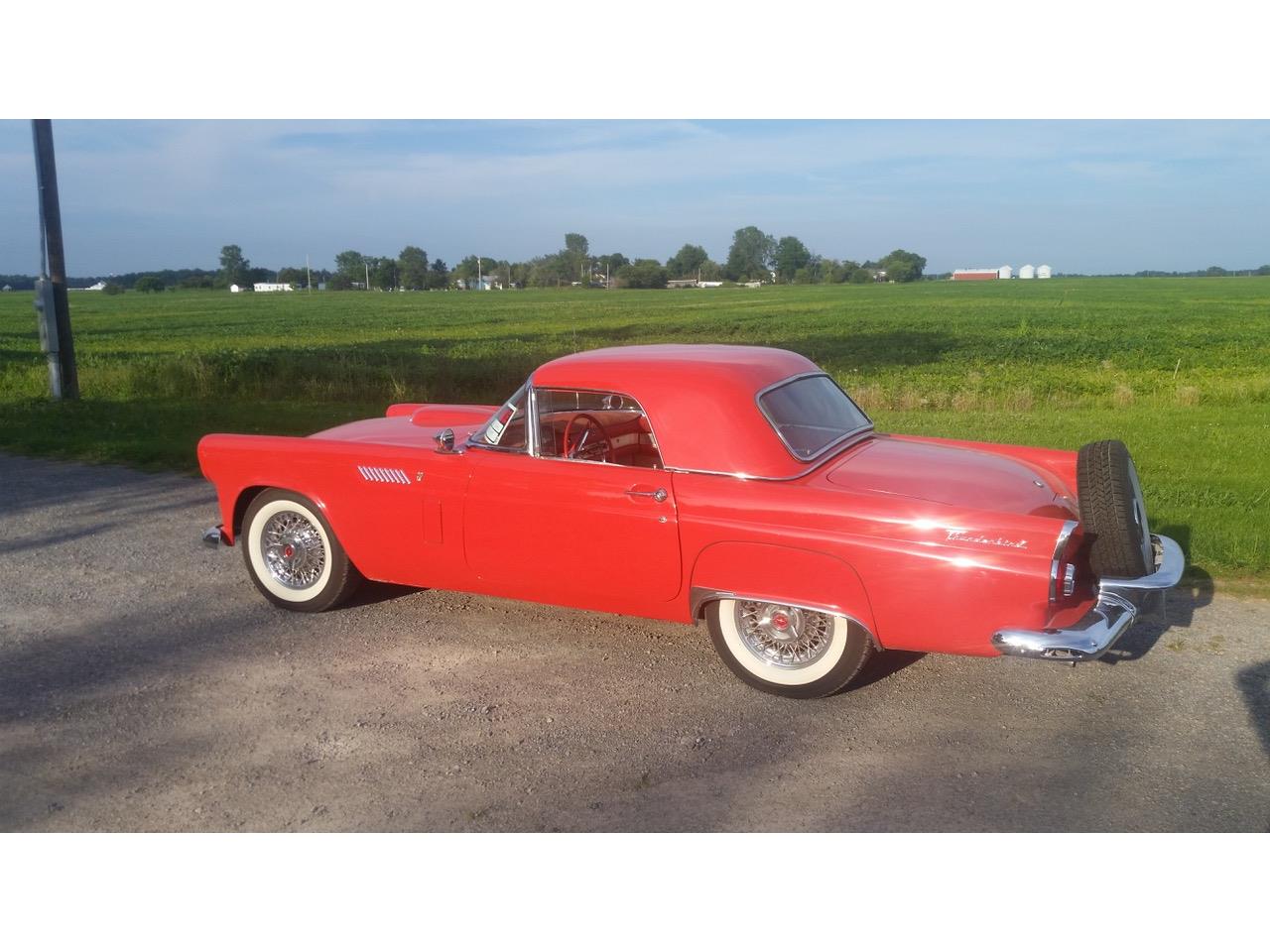 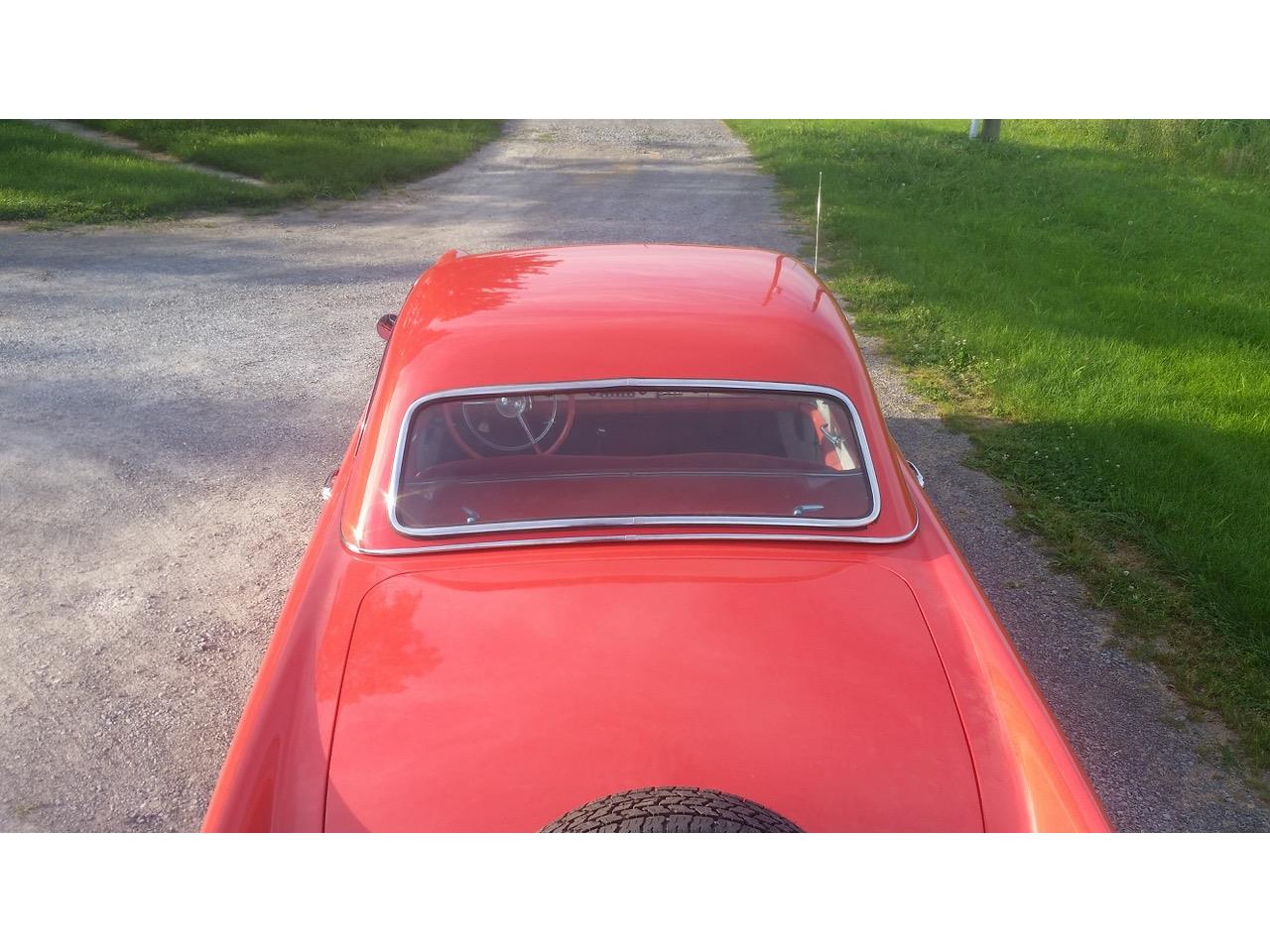 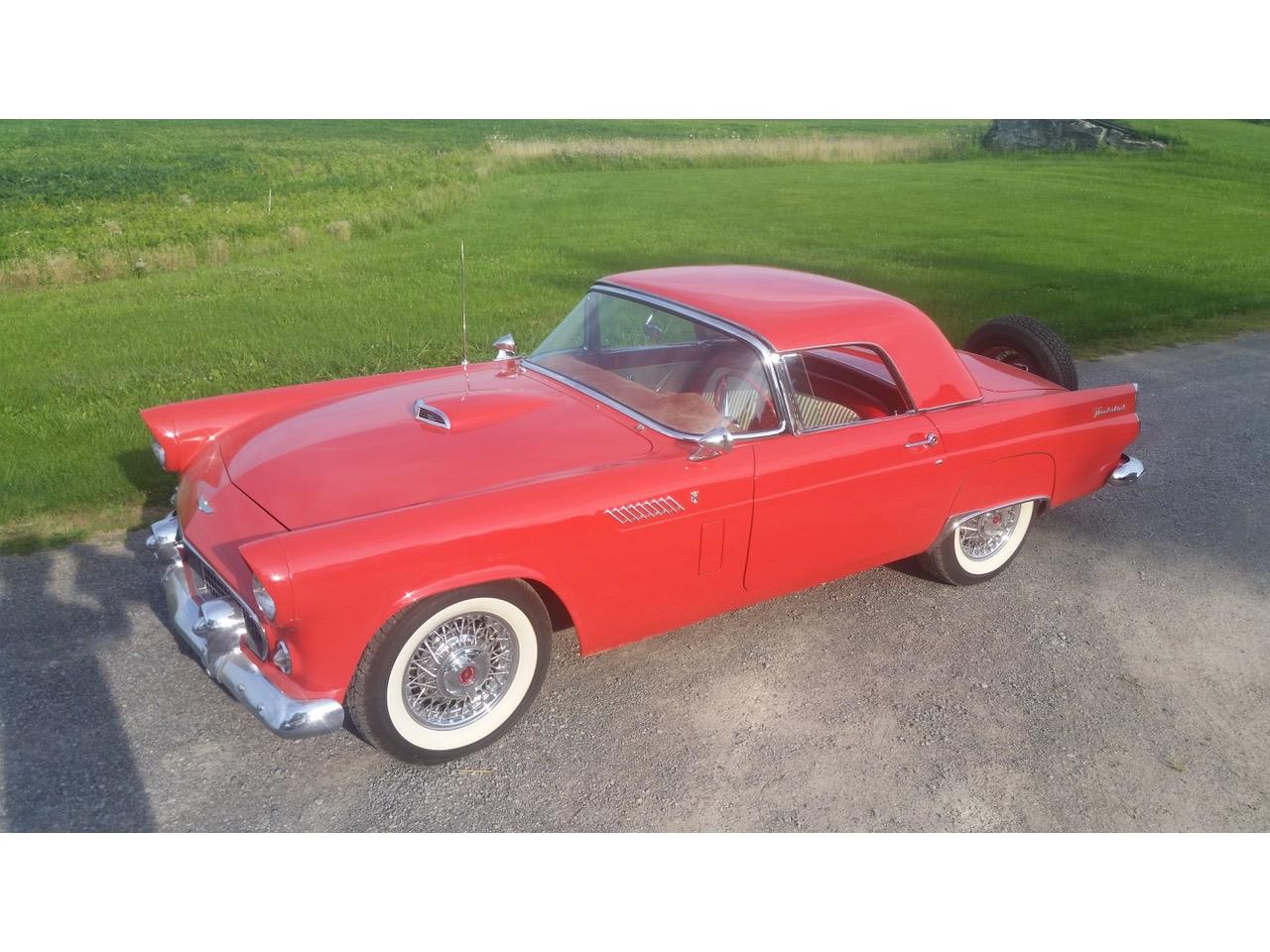 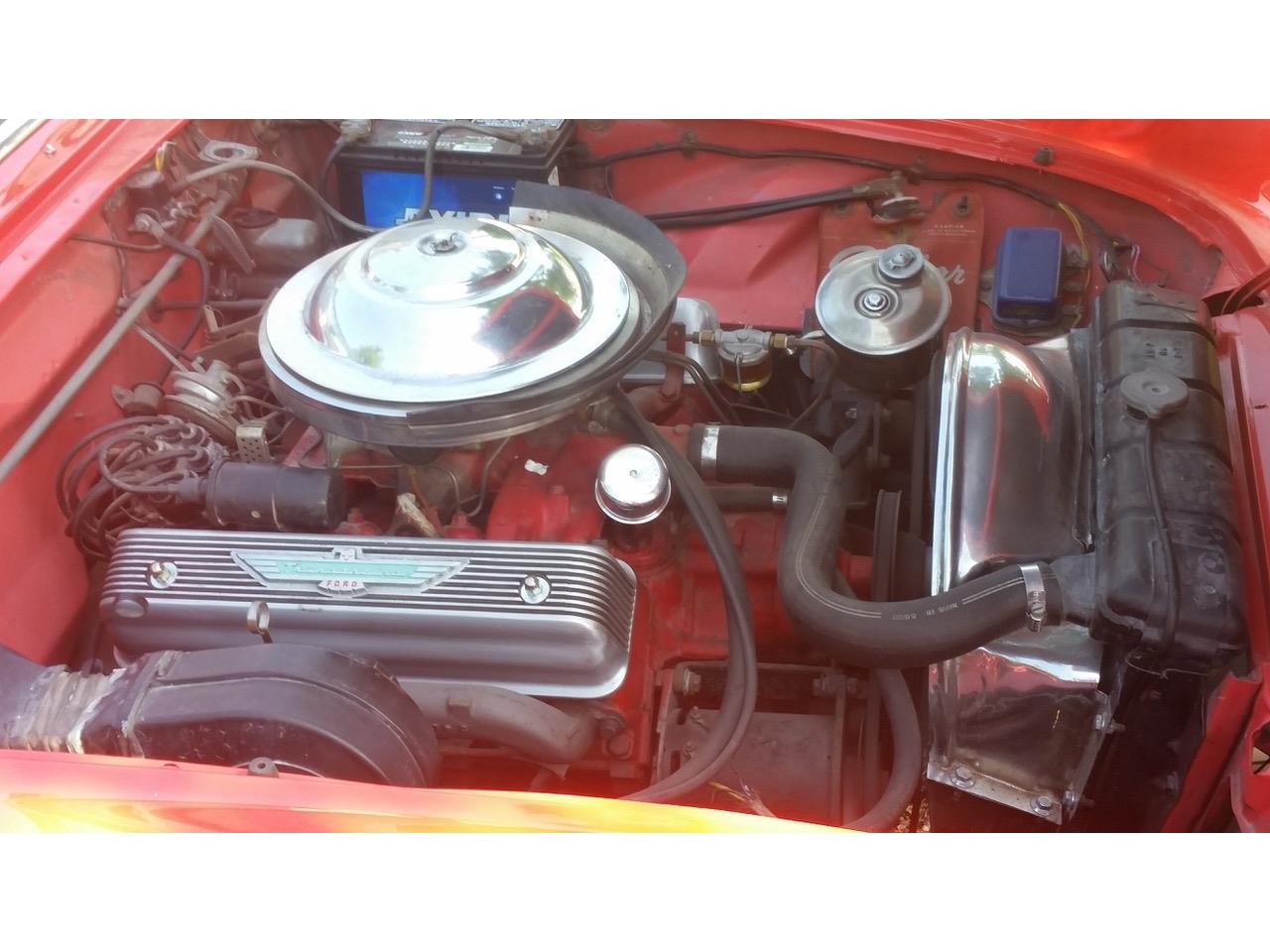 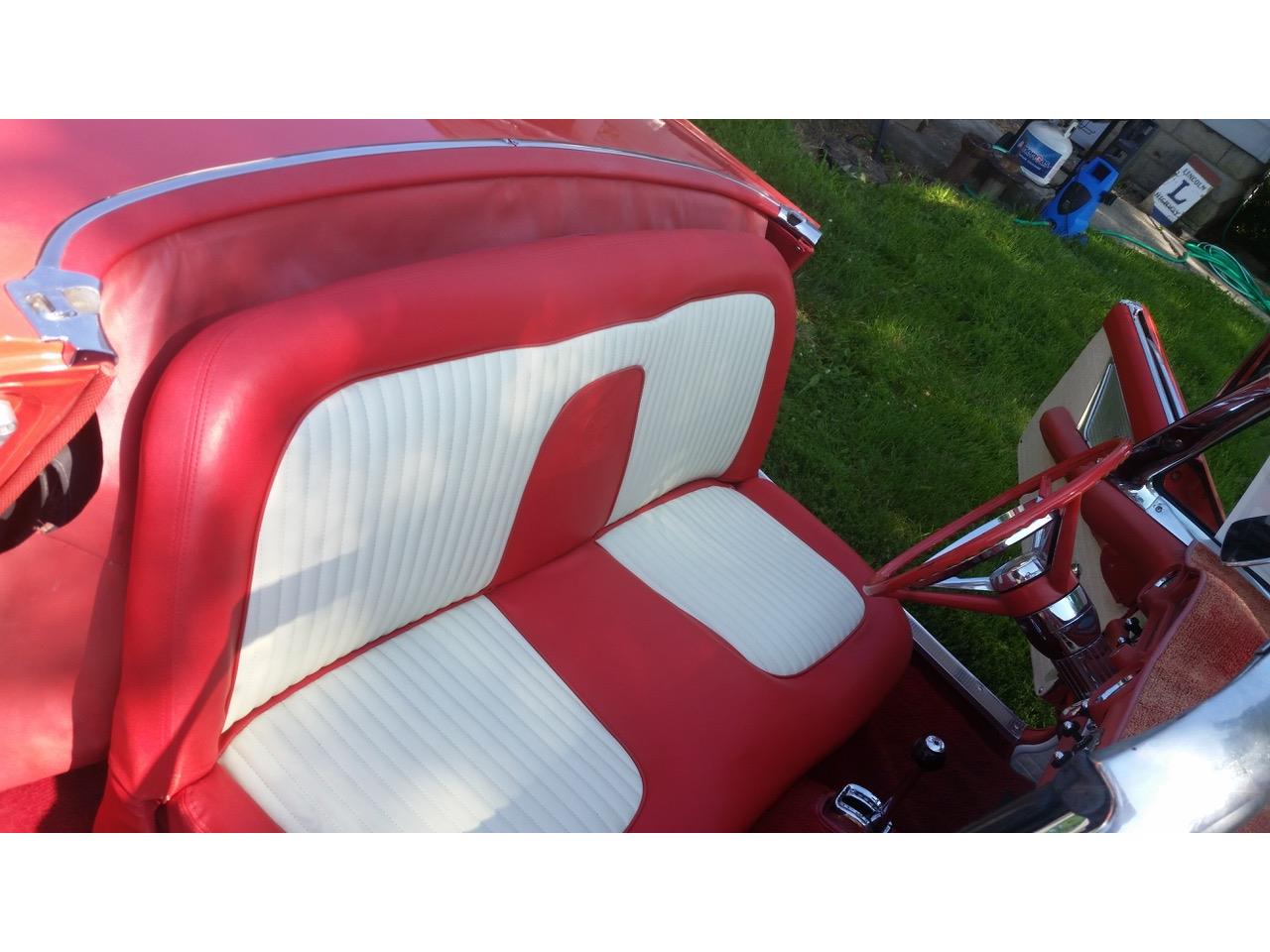 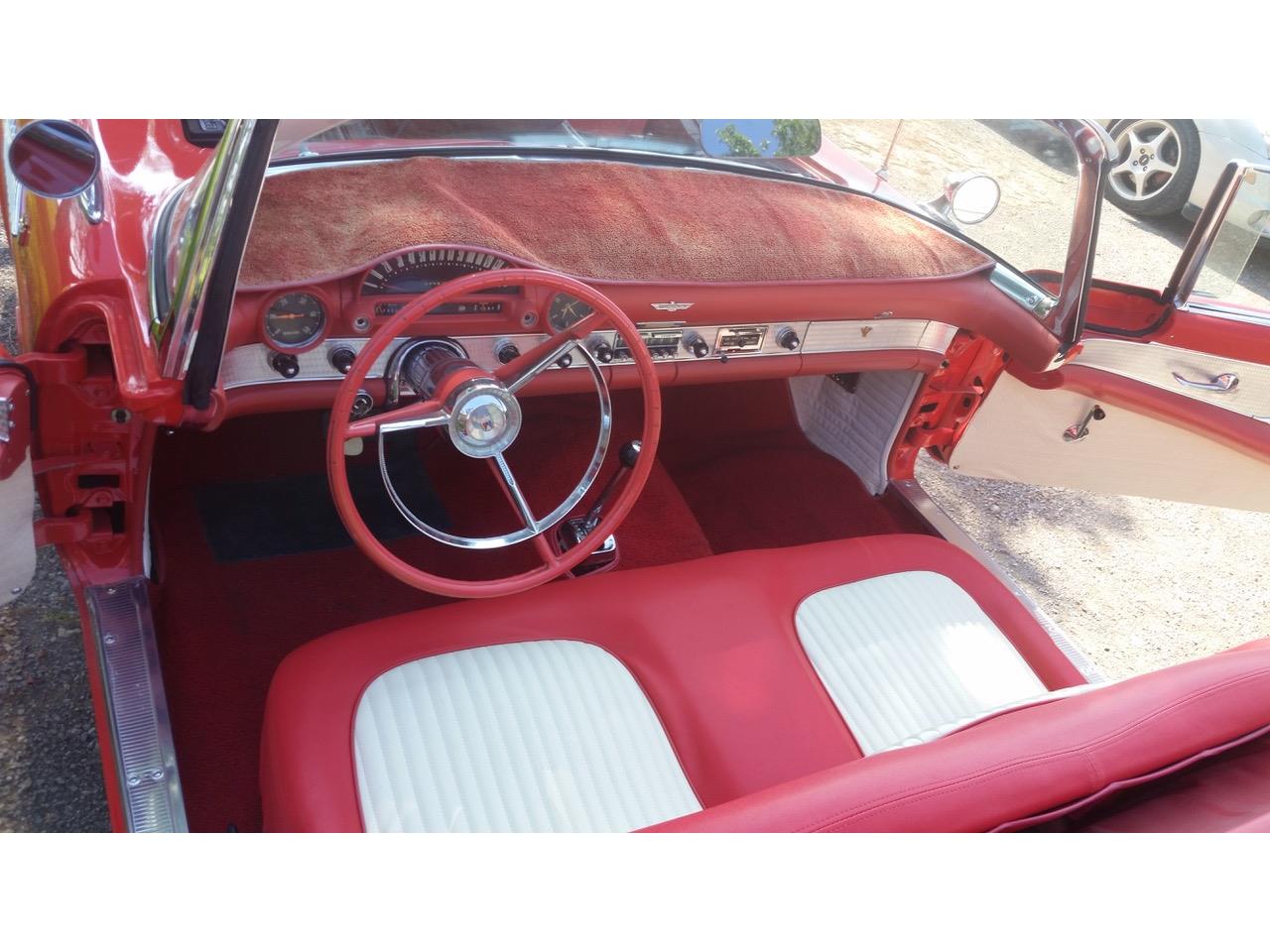 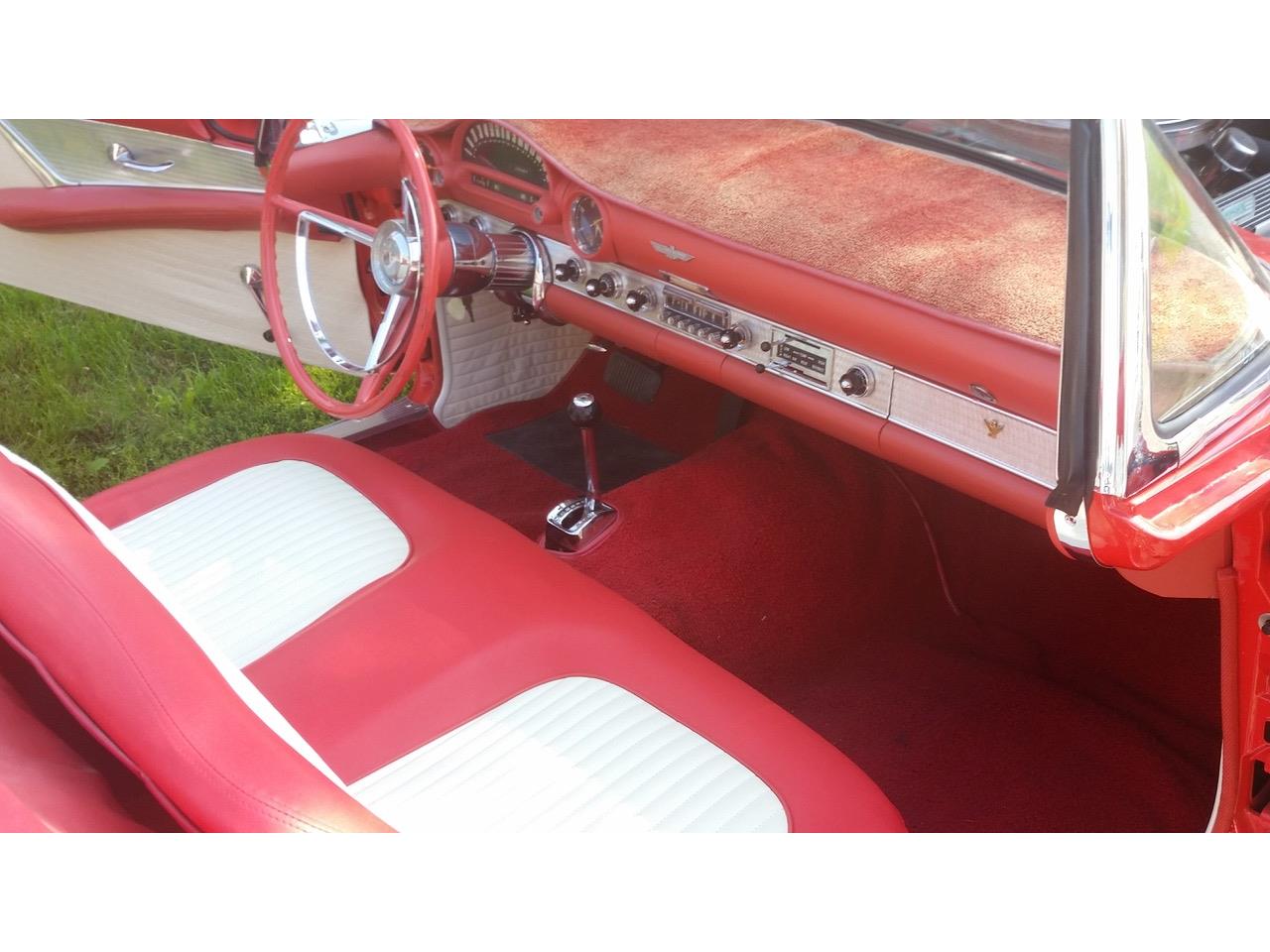 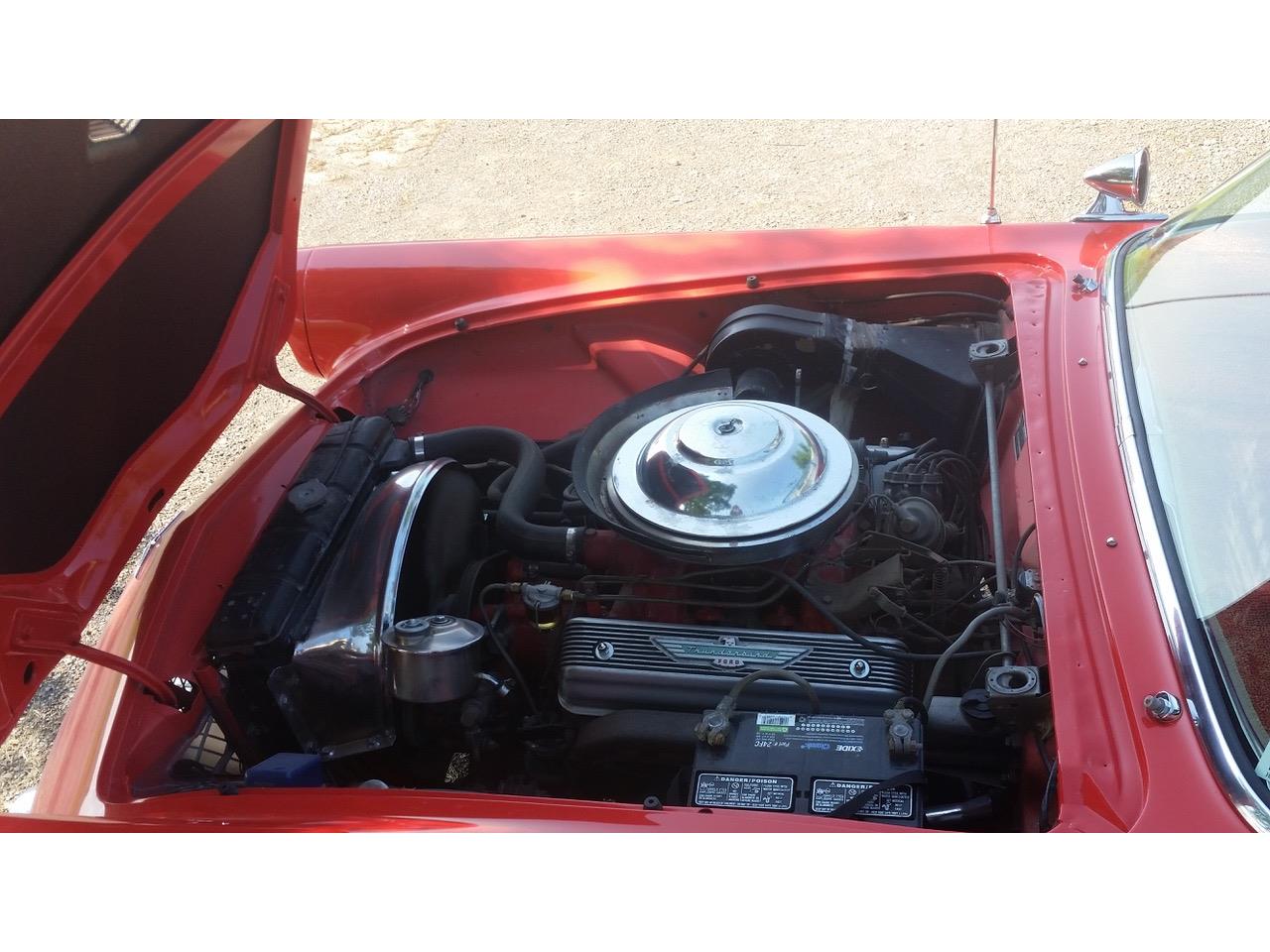 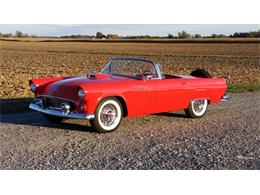 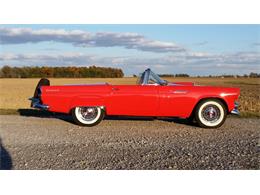 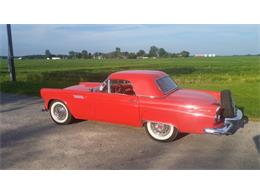 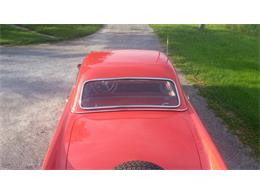 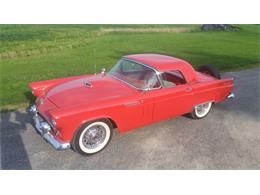 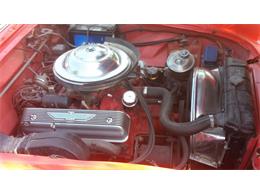 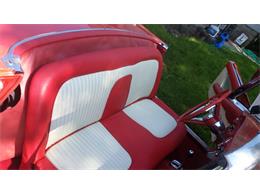 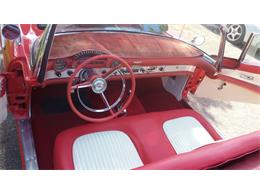 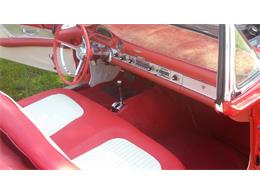 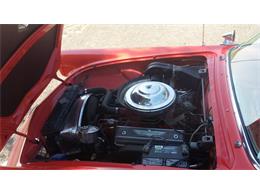 The first generation of the Ford Thunderbird was a two-seat convertible produced by Ford for the 1955 to 1957 model year, the first 2-seat Ford since 1938. It was developed in response to the 1953 Motorama display at the New York Auto Show, which showed the Chevrolet Corvette. The Corvette in turn was developed in response to the popularity of European sports cars among Americans.

Dubbed an "a personal car of distinction" by Ford, this appellation was also used by the motoring press at the time. The car built upon the heritage of the bespoke roadsters of the 1930s yet was constructed largely of existing components, marking the first step toward the evolution of the personal luxury car as a mass-market segment in the United States. While lightweight for its era and fitted with a standard V8 engine, the Thunderbird focused more on driver comfort than speed and was not a direct rival to either the Corvette or European sports cars. This remained the only two-seat convertible Thunderbird (55 - 57) until the eleventh-generation Thunderbird was unveiled in 2002.

For the 1956 model year, more trunk space was added, the spare wheel was mounted outside (which helped free up trunk space), the exhaust tips were moved to the ends of the bumper, and air vents were added behind the front wheels to improve cabin ventilation. To improve rear-quarter visibility with the removable hardtop in place, "porthole" windows were available as a no-cost option.  An optional 312 cu in (5.1 L) Y-block V8 was added as an option. Production total for 1956 was just a scant 15,631 units, the lowest of all three 2-seater Thunderbird model years (1955-1957).

This beautiful example of a 1956 Thunderbird is a very nice extremely low miles car that has been repainted with the interior redone, bumpers, windshield, etc. sometime around 2014.  It was not a full restoration, as that was not necessary, but more of a "refreshing" of a 60+-year-old Thunderbird.   The car runs and drives very nice & has the optional 312 2V automatic.  Period correct looking whitewall tires and genuine factory wire wheels are brand new and the car does have both the soft and hard top along with factory engine dress-up kit. With just 23,540 miles it has to be one of the lowest mileage 1956 Thunderbirds out there.  Priced under current market value to ensure a quick sale. 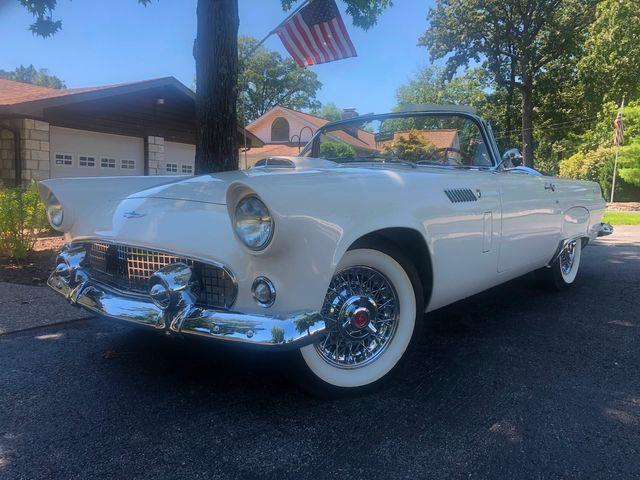 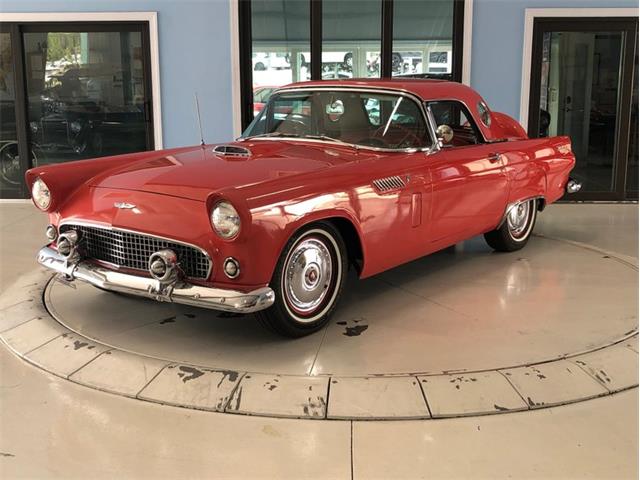 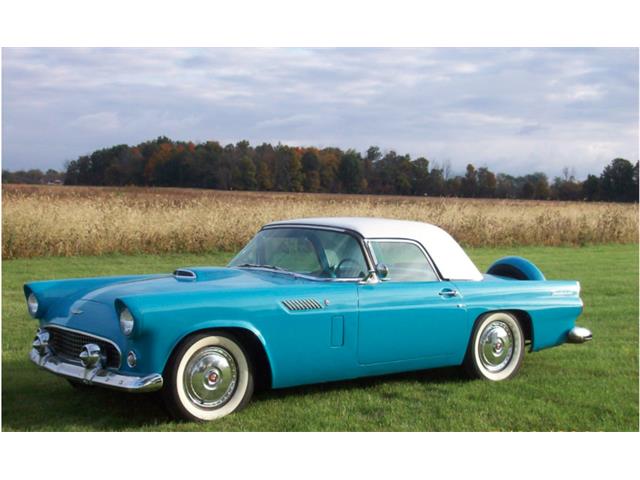 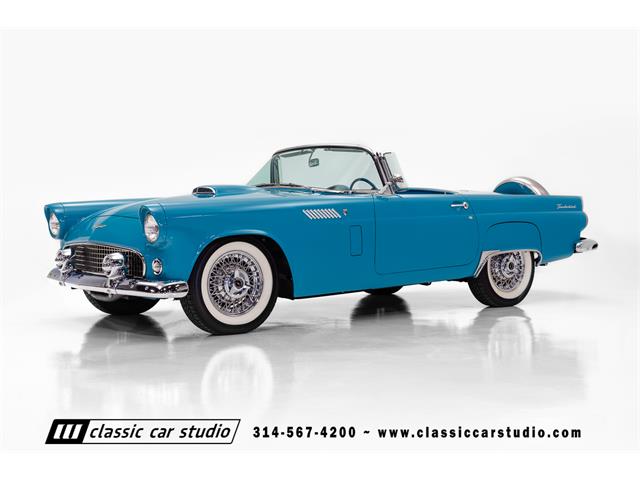