For Sale at Auction: 1957 Jaguar XKSS in Elkhart, Indiana 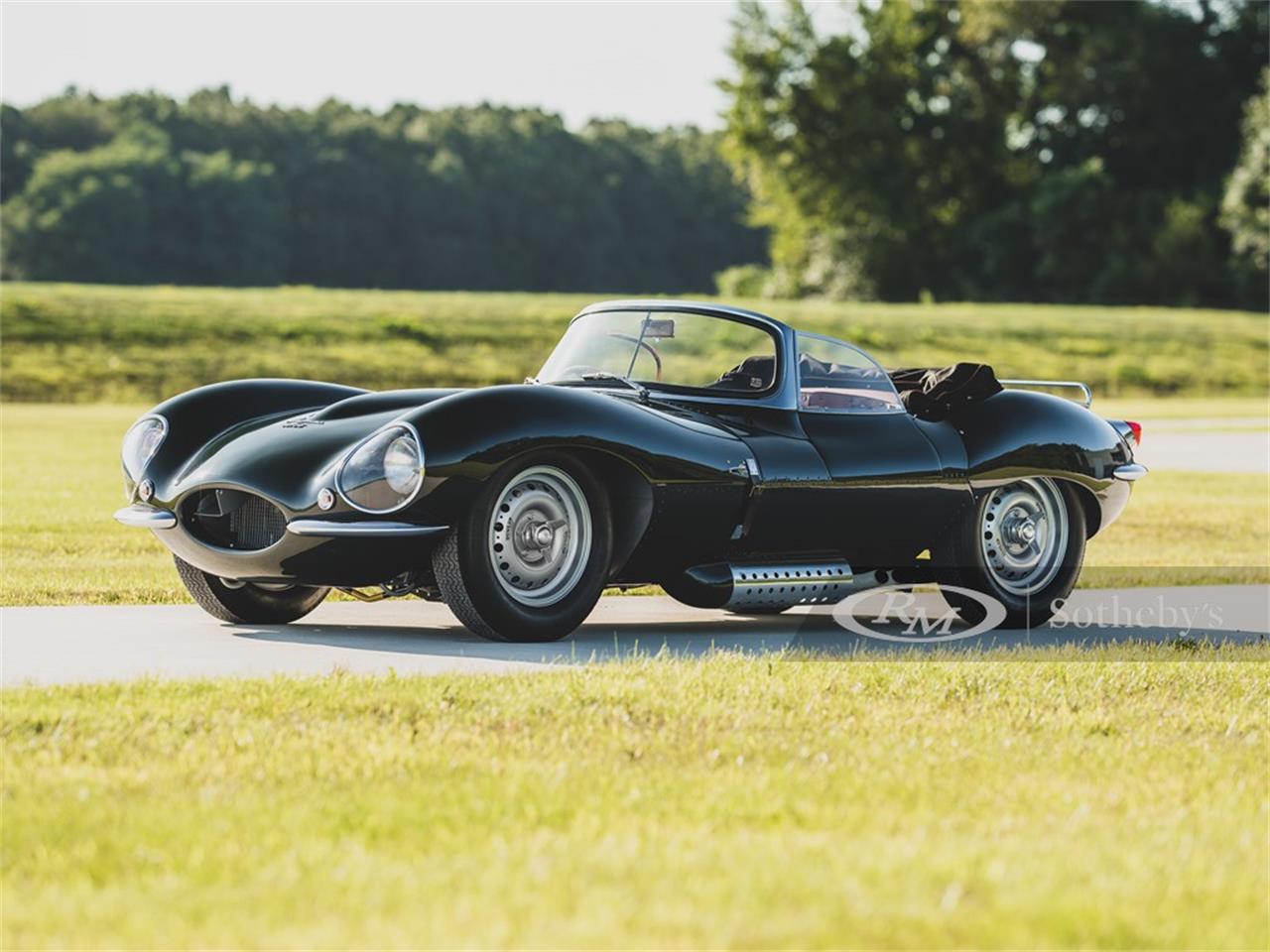 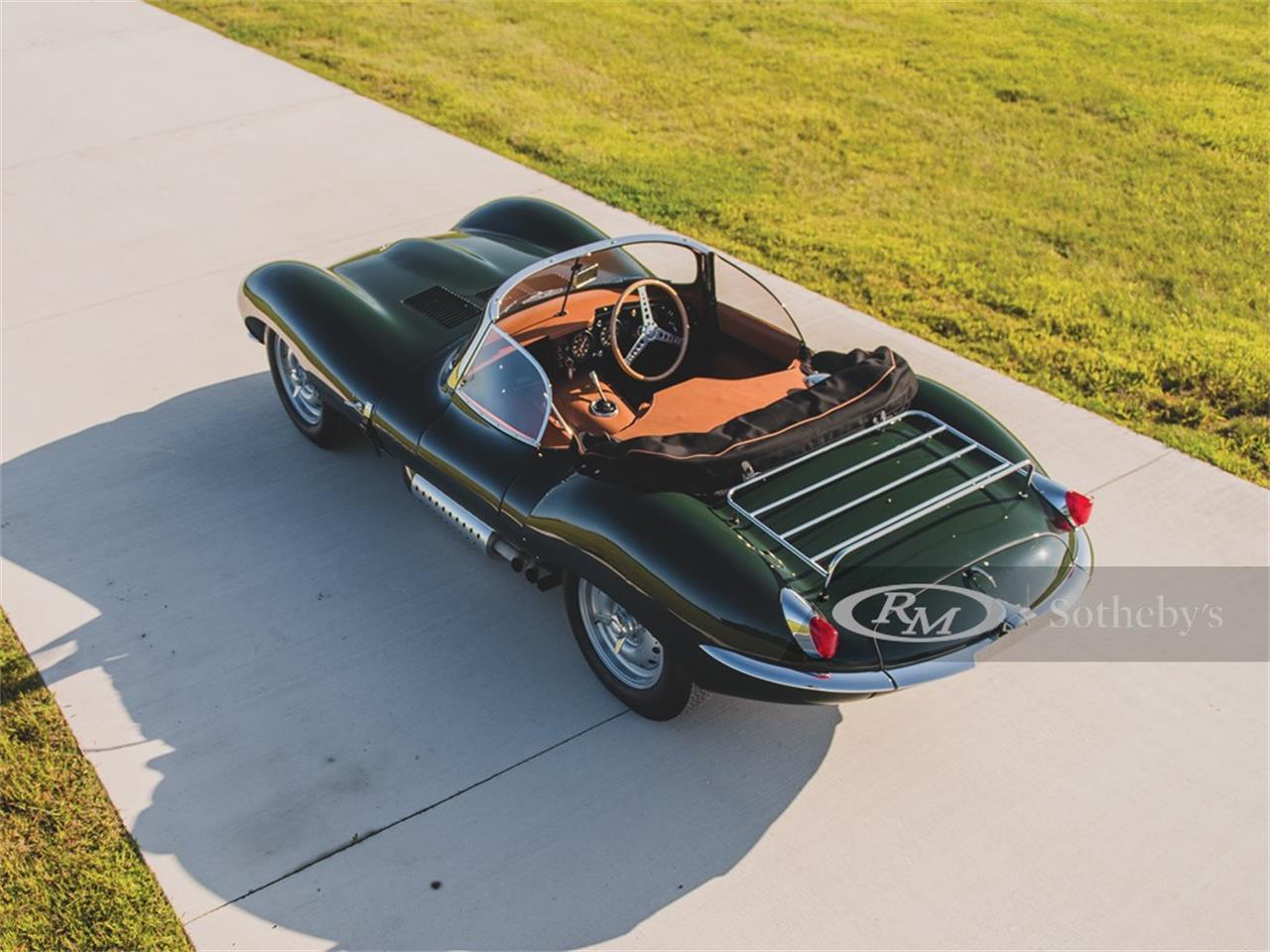 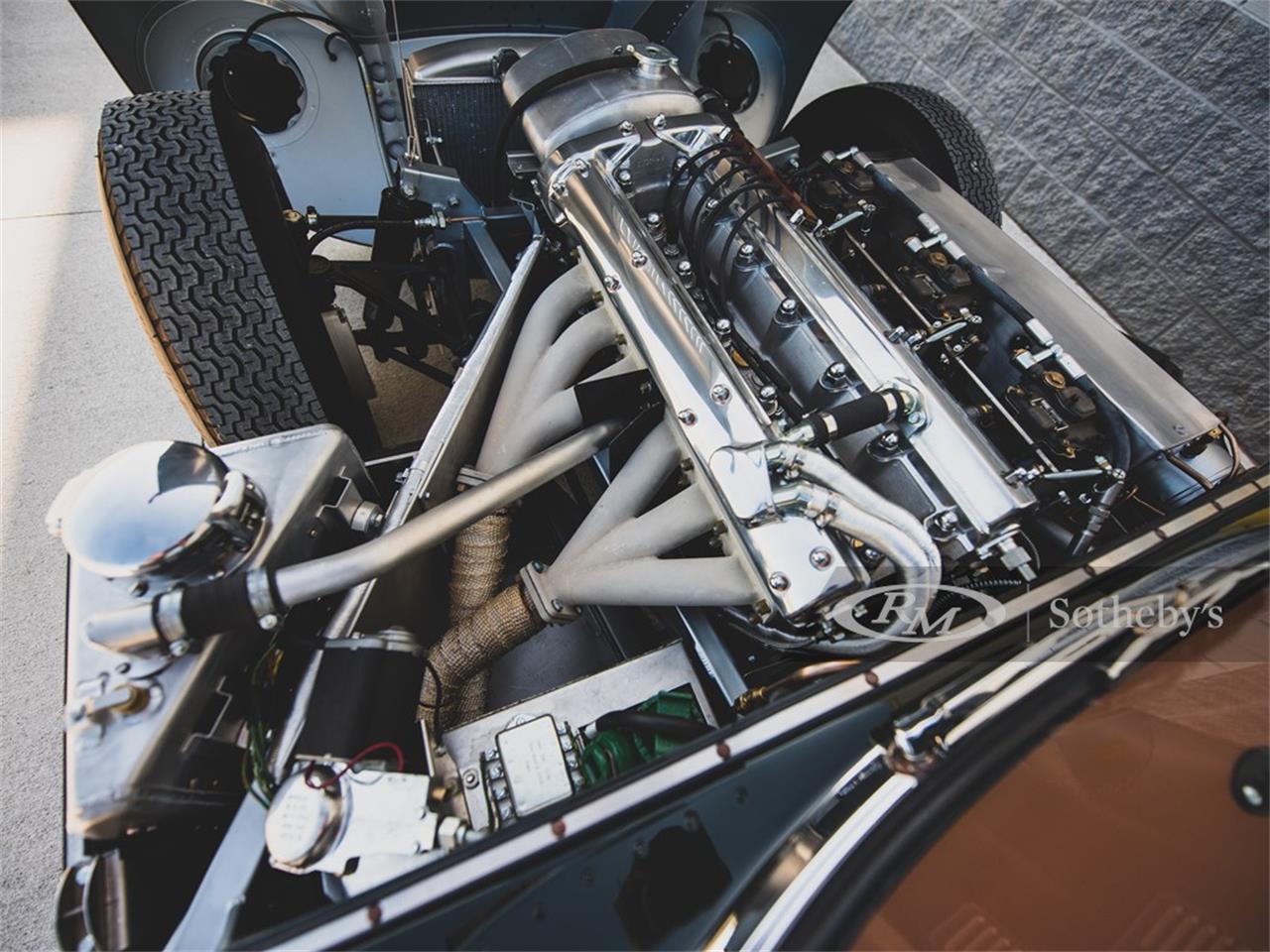 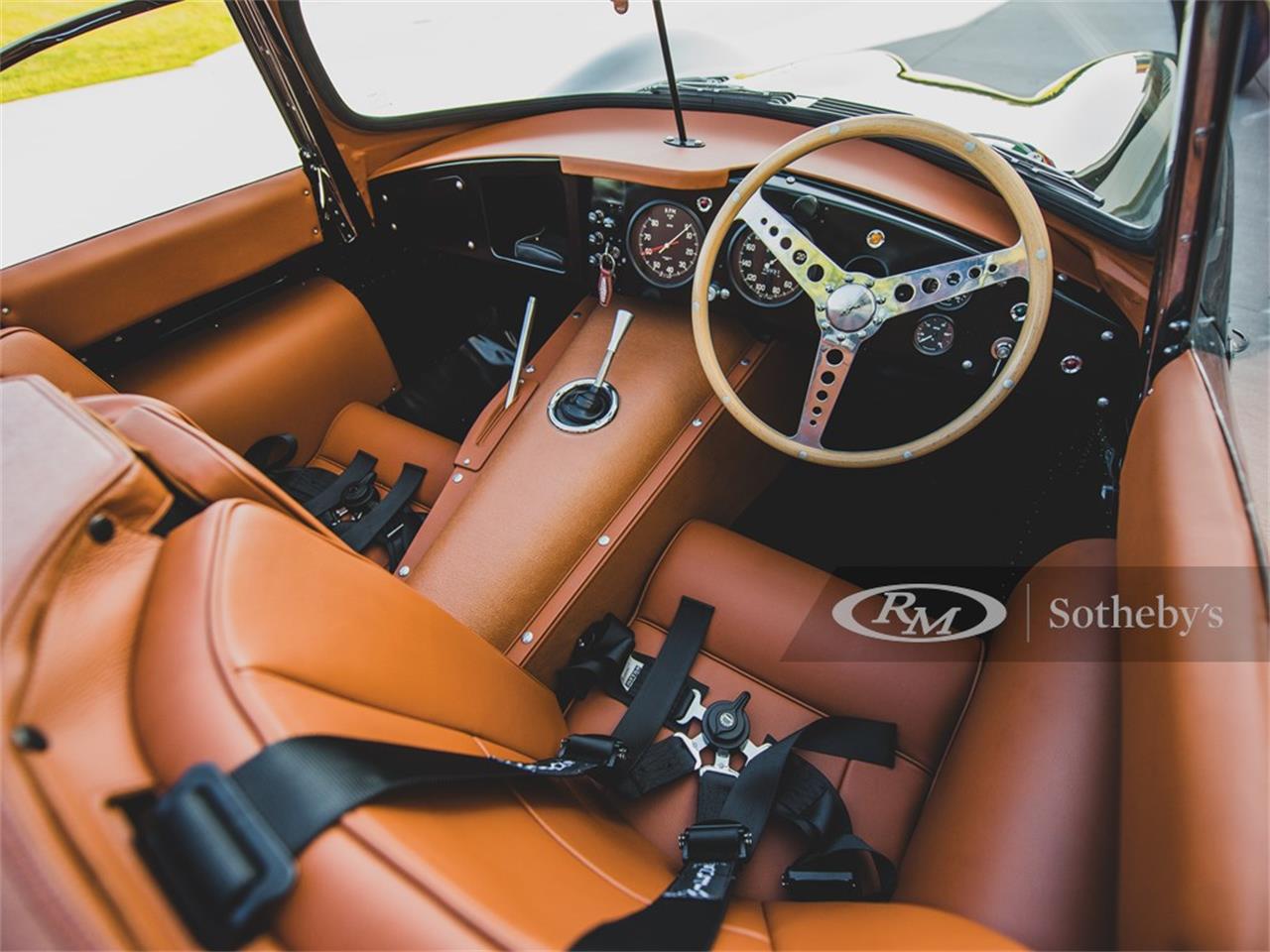 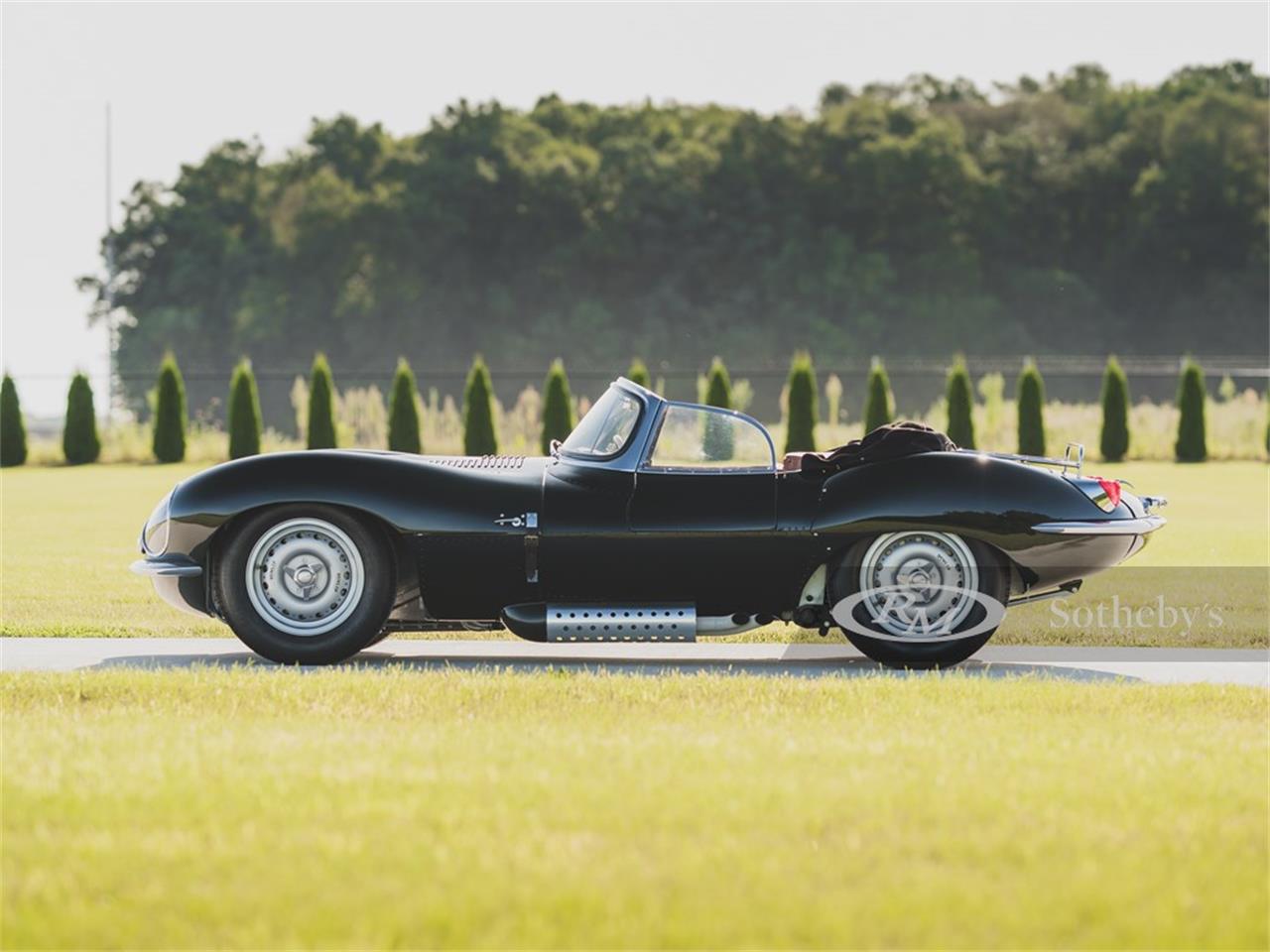 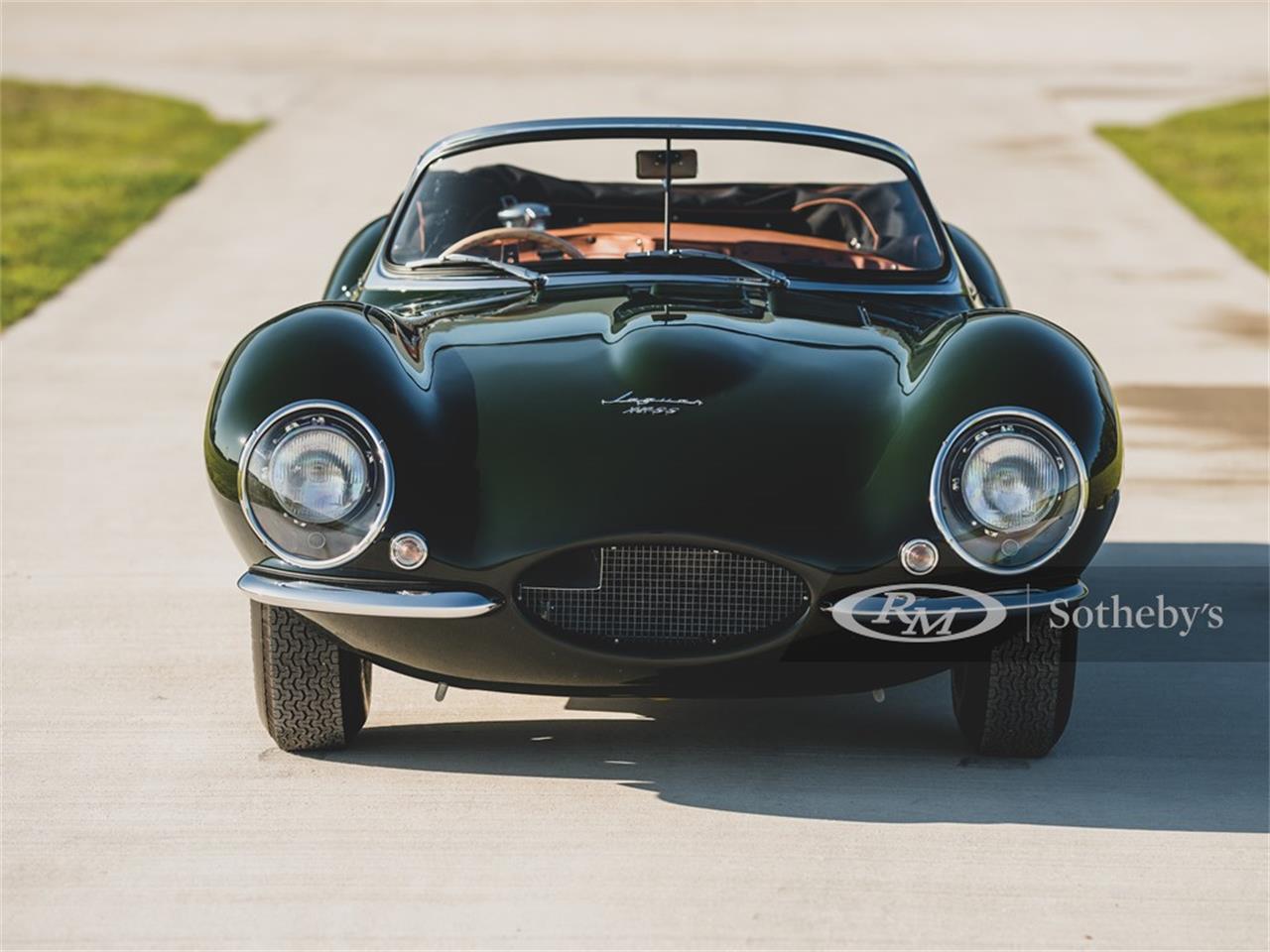 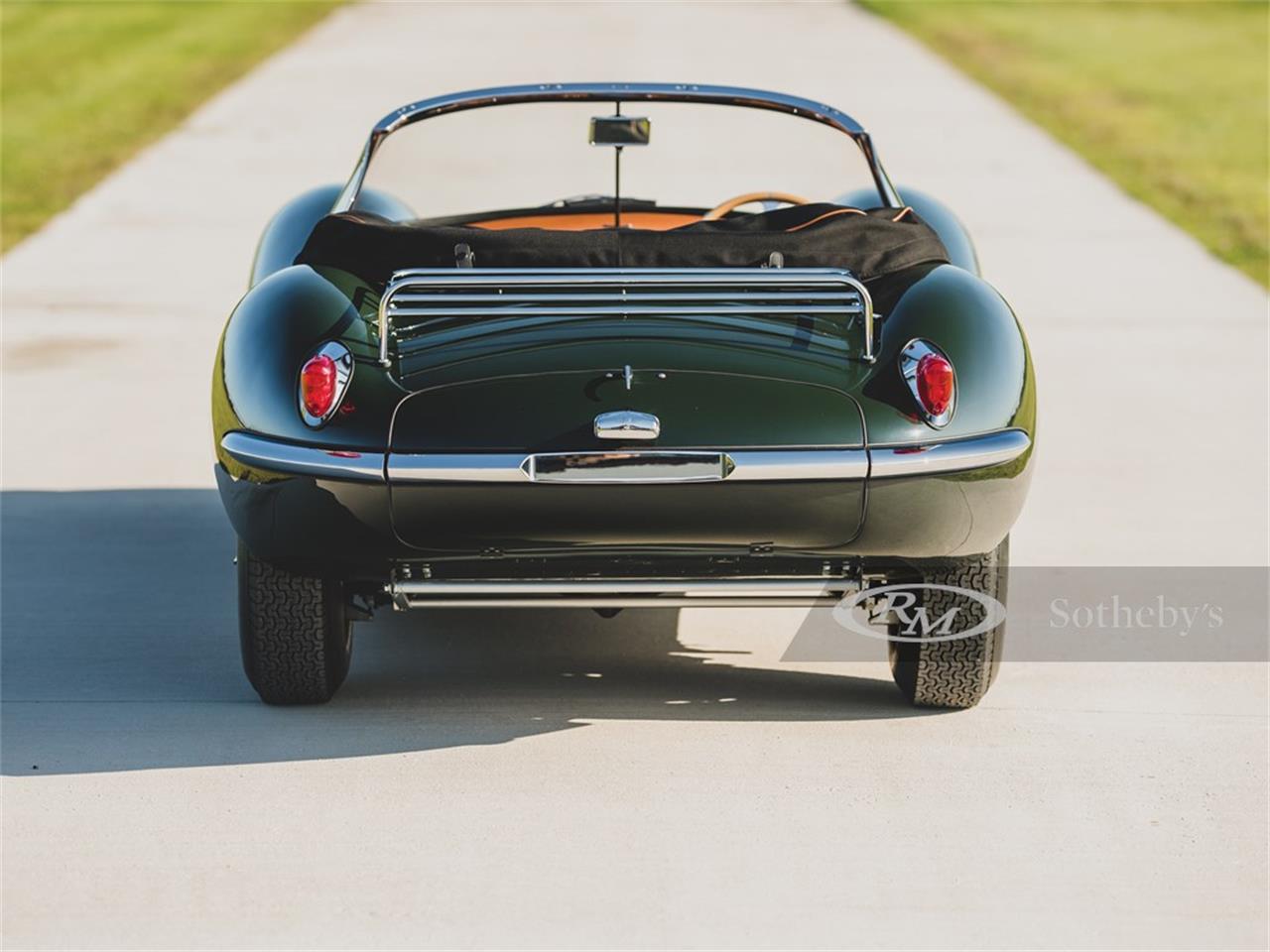 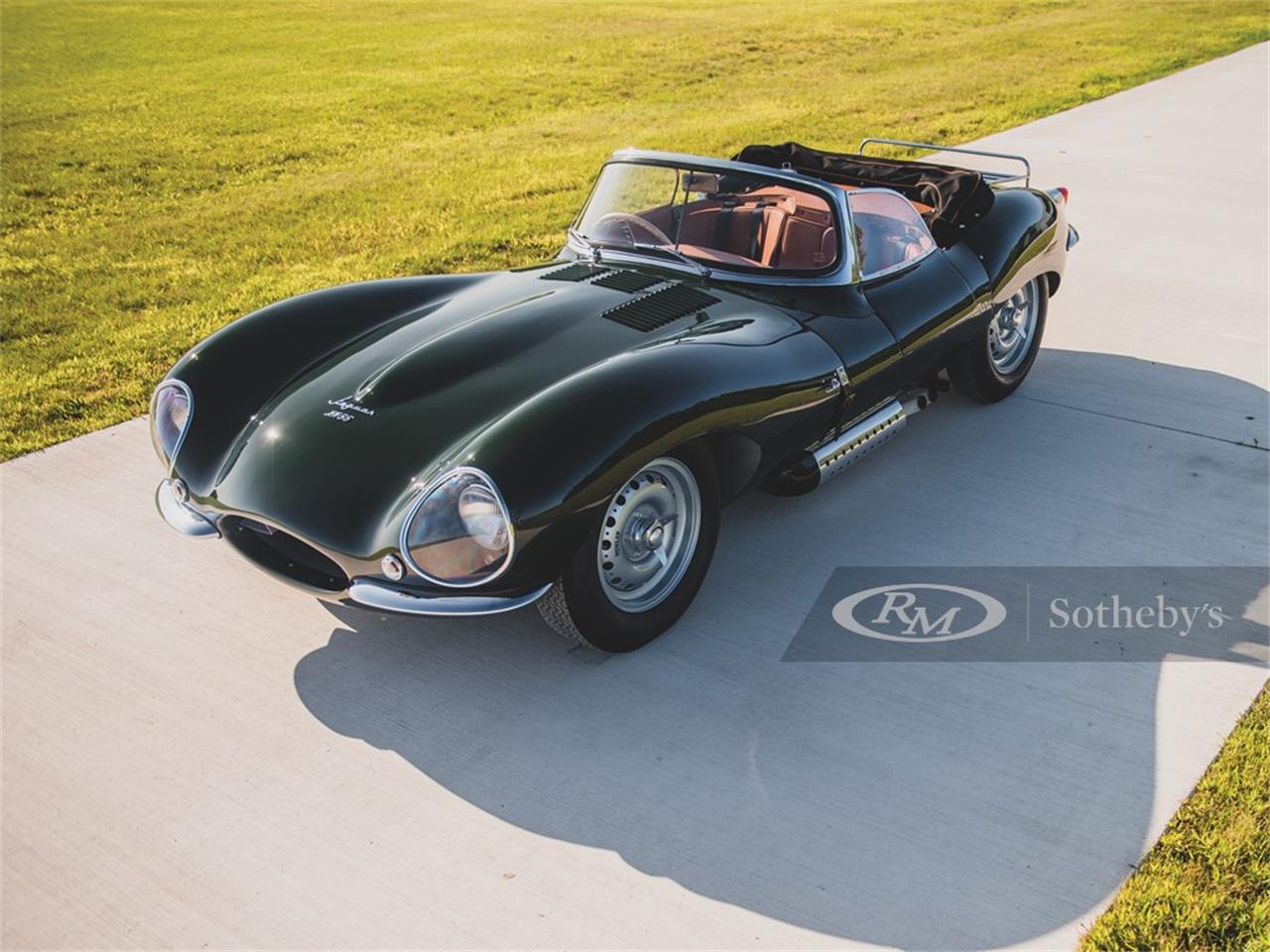 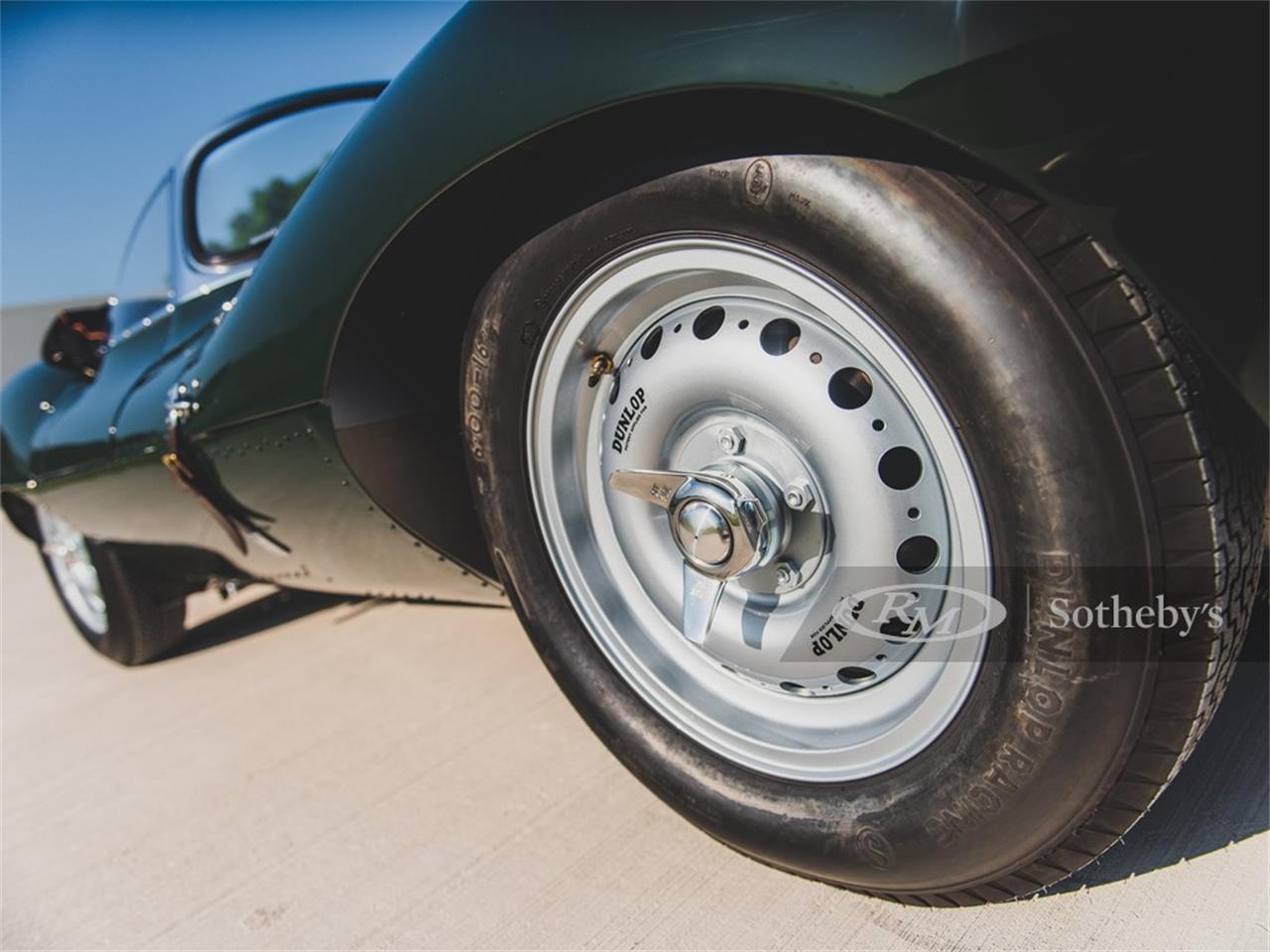 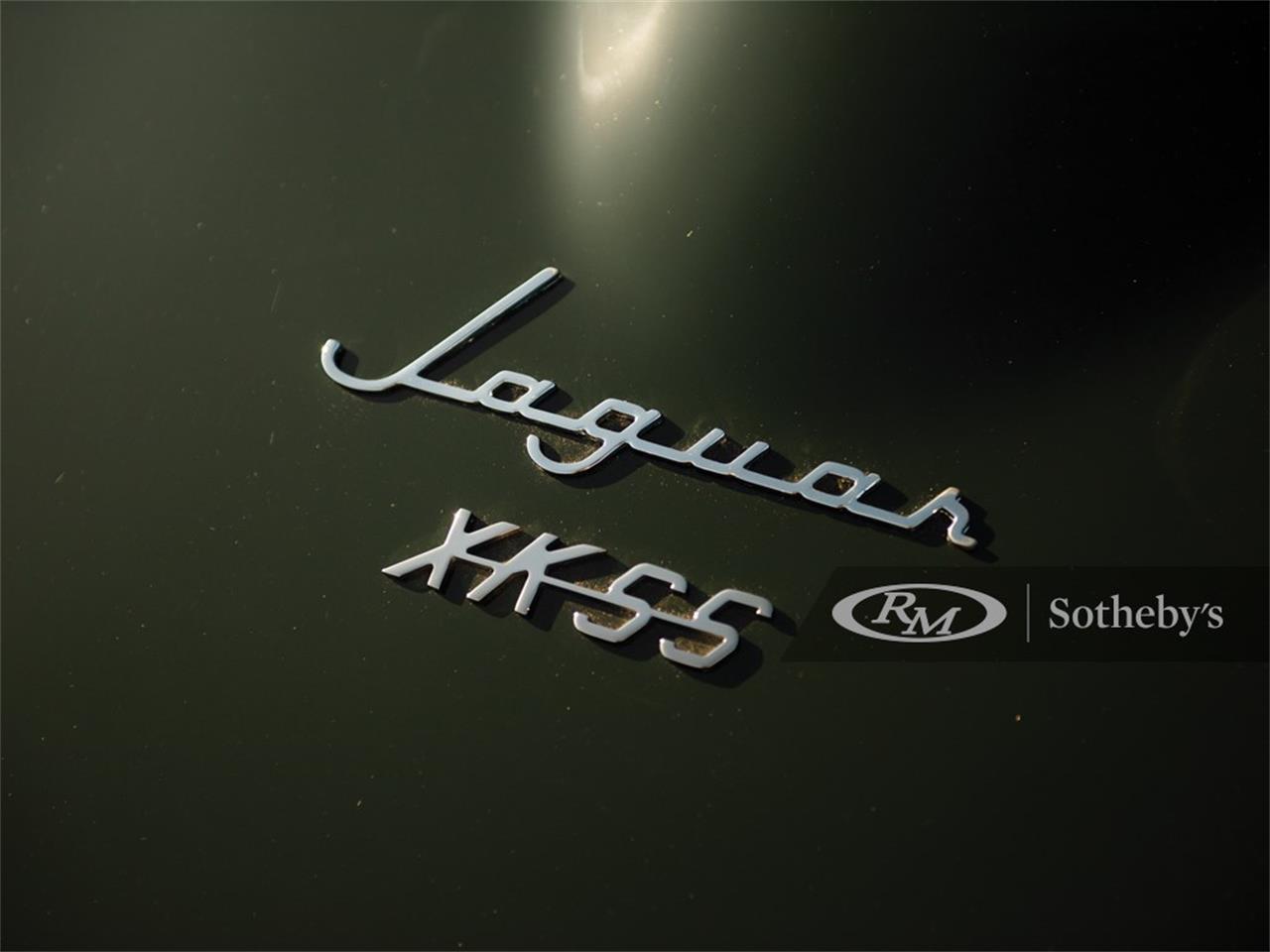 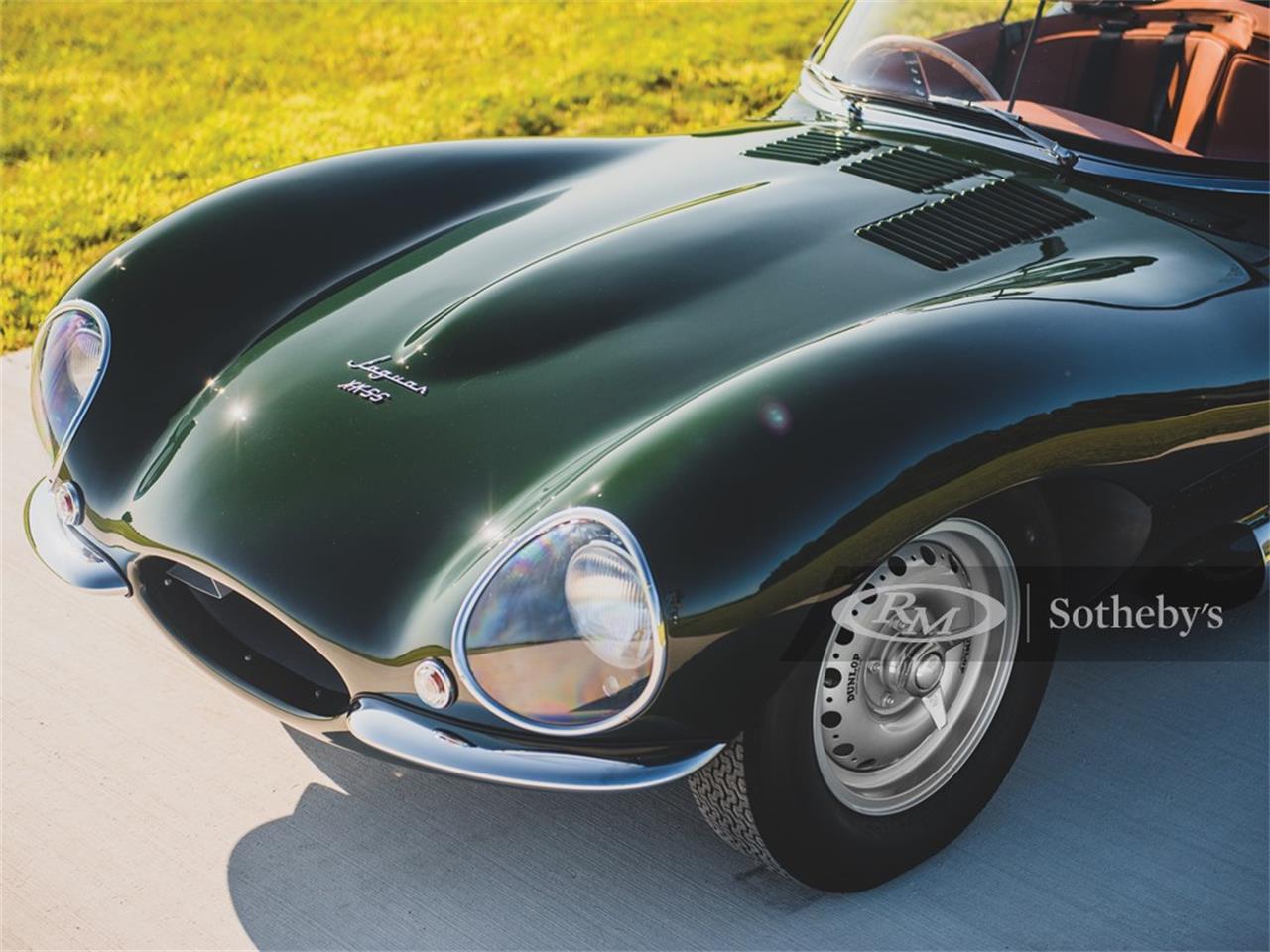 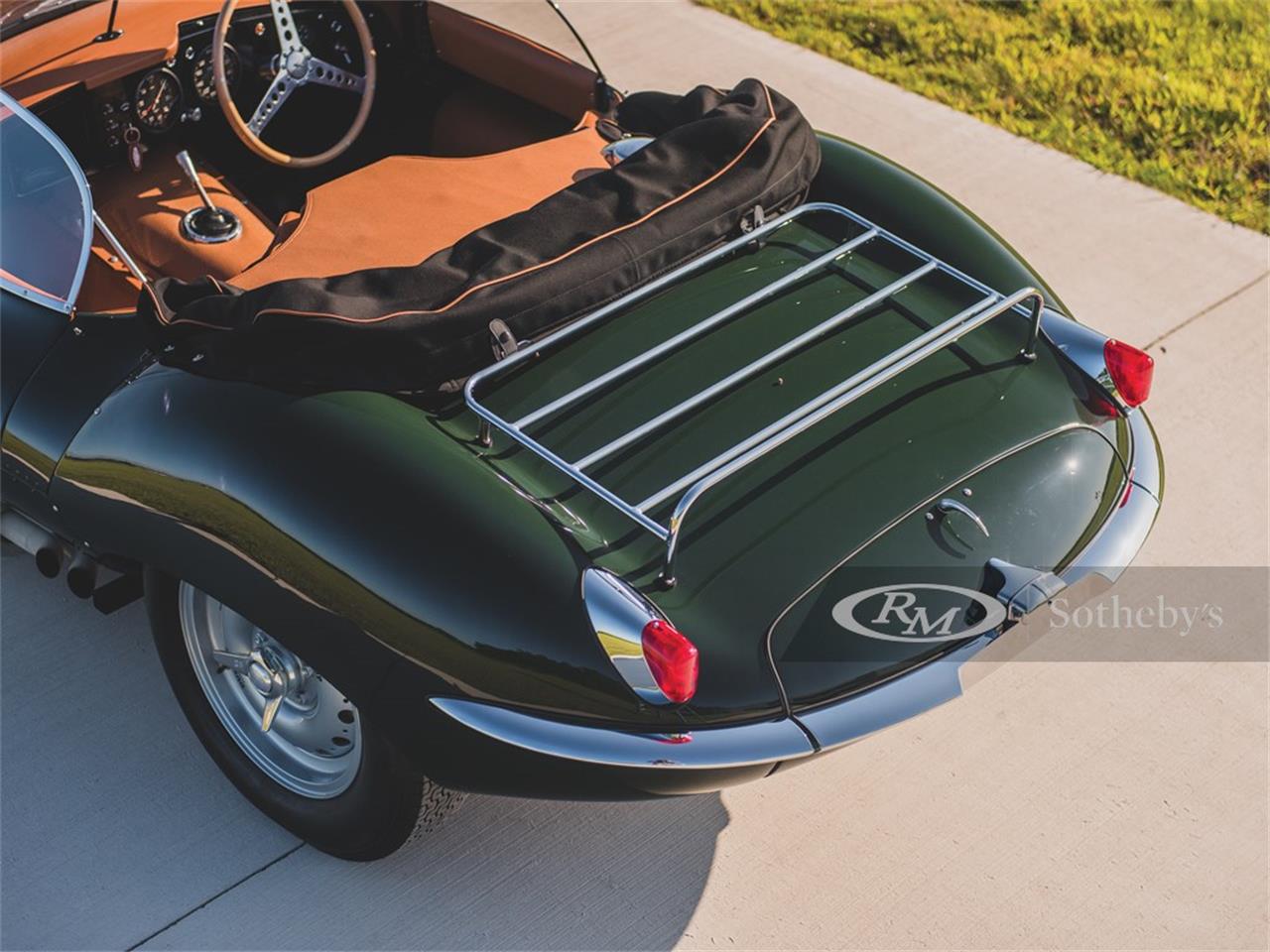 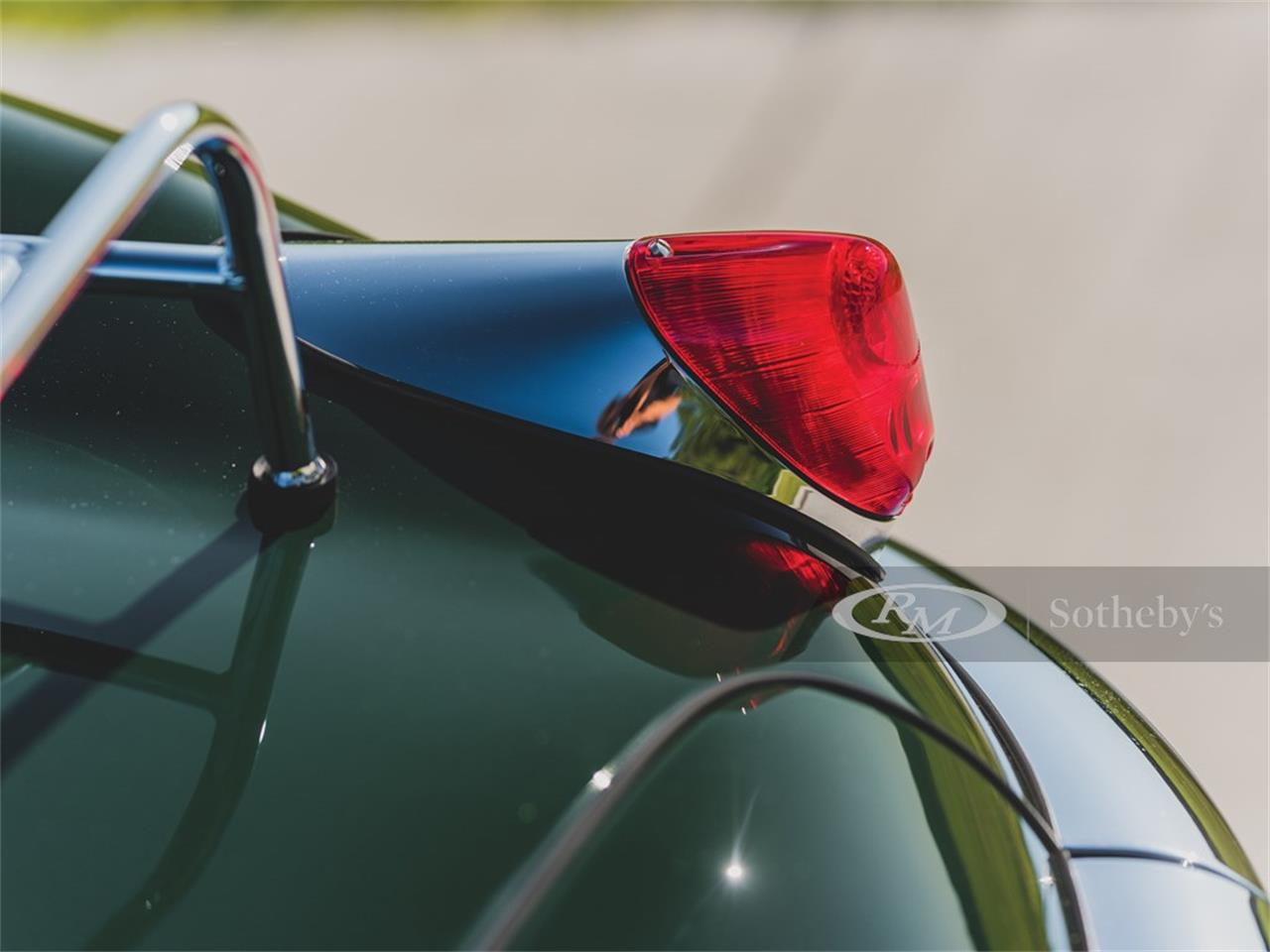 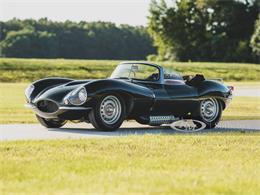 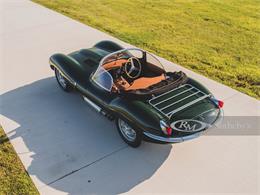 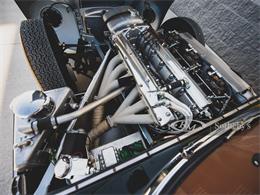 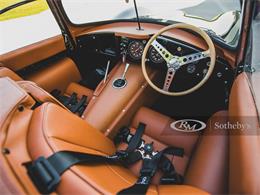 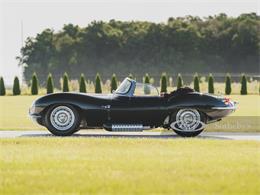 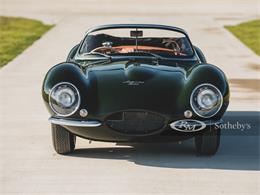 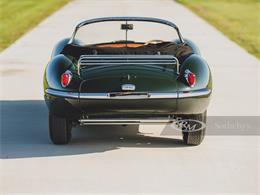 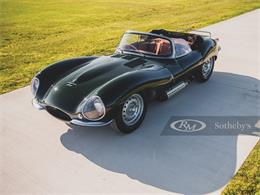 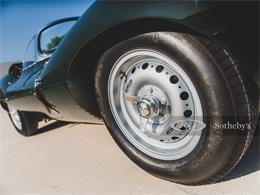 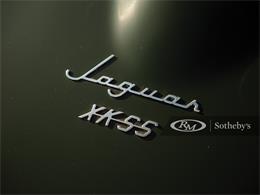 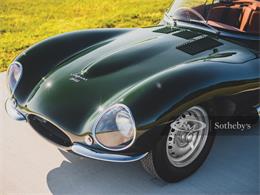 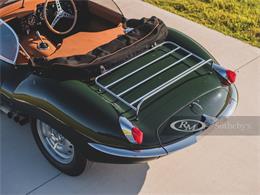 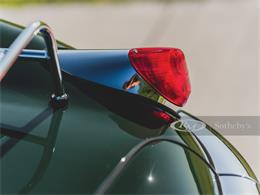 There are few modern sports cars around which legends gather more thickly than the Jaguar XKSS. Following the company's withdrawal from racing after the 1956 season, a number of both completed and incomplete D-Types remained in factory stock and unsold. The decision was made to convert these cars to road-going specification, for sale to the wanting American market. Bodywork was modified with the removal of the divider between the seats and the large tail fin, as well as the addition of a passenger door, a full-width windshield with chromed frame, side screens in both driver and passenger doors, chromed bumperettes, and a simple folding top. Otherwise the XKSS was a D-Type, barely, slightly tamed-a wolf in another wolf's clothing.

It was a rare occasion when a race car with only a few minor changes was then resold as a road car, and perhaps unsurprisingly, most of the people who bought an XKSS were sportsmen who wound up racing them anyway. Dick Thompson, the famed "Flying Dentist," comes to mind. Yet not many had the chance to make such a dream their reality, regardless of their wealth and stature. After only sixteen D-Types had been completed to XKSS specification, the remaining nine chassis were destroyed in a fire that swept through Jaguar's Browns Lane factory. Since the intention had been only to build the model until the remaining D-Type stock was used up, the fire meant that the XKSS came to an end.

The survivors of the sixteen 1957 models are today treasured as some of the world's most valuable and fiercely prized collector automobiles. The most famous, of course, is that owned and enthusiastically driven, much to the consternation of studio executives, by Steve McQueen-a car so famous that it has become a part of its owner's legend.

Because the XKSS is so fiercely sought after, in March 2016 Jaguar announced that it would complete the original intended production run of 25 cars by finally building the nine XKSS lost to the Browns Lane fire. Each of these cars was produced in the Jaguar Land Rover Classic facility at, fittingly enough, Browns Lane, which had earlier turned out a highly regarded run of new E-Type Lightweight coupes-one of which is also featured in this collection.

Eighteen months of research, including digitally scanning several original XKSS examples, were used to form an initial prototype from which the nine production cars were made. Each of these cars were literally new from the wheels up, but utilized one of the original nine chassis numbers assigned to the cars that burned in 1957. Traditional construction methods were utilized, including hand-wheeling the bodies over a styling buck and bronze-welding the frames. The aircraft-inspired and Le Mans-tested four-wheel Dunlop disc brakes, riveted two-piece magnesium alloy wheels, and Dunlop tires are all period-correct fitments. Each engine was cast to original specifications, including new blocks and cylinder heads and three Weber DC03 carburetors. Even the dashboard knobs, Smiths instruments, and the grain of the leather upholstery are as-original, reflecting Jaguar's passion and determination to "do it right, or not at all."

Only minor changes were made throughout, always to improve driver and passenger safety, including installation of a modern fuel cell. The seats are also slightly larger and more comfortable than the 1950s units. Needless to say, the original run of nine XKSS produced in 2017 sold out virtually upon introduction. It speaks to the quality of these cars that, like the 16 built in 1957, they are seldom ever offered for sale by their owners. In fact, the offering of this example is believed to be the first time that one has been offered at public auction, marking an extremely rare opportunity and special occasion for a potential buyer.

In the current collection since new, at the time of cataloguing this car had recorded only 51 actual miles. It is, essentially, brand-new, with unmarked British Racing Green paint, biscuit interior, and chrome, and an engine compartment and chassis that appear virtually factory fresh. The only evident patina is intentional, such as the "aged" serial-number plate. Even the spare tire compartment is spotless!

The XKSS is a rarefied strata of collector cars, alongside the Ferrari 250 GTO and McLaren F1 as the topflight of post-war sports cars. The opportunity here is to acquire one that is, for all intents and purposes, a new car, and enjoy breaking it in as one would have upon collecting a new example from Browns Lane in 1957. It is suitable for everything from road rallies to track days-or simply for taking out on Mulholland with the top down, in the best Steve McQueen spirit and tradition.

The buyer who missed out-in 1957, or in 2017-now has a second, or third, chance.To view this car and others currently consigned to this auction, please visit the RM website at rmsothebys.com/en/auctions/el20. 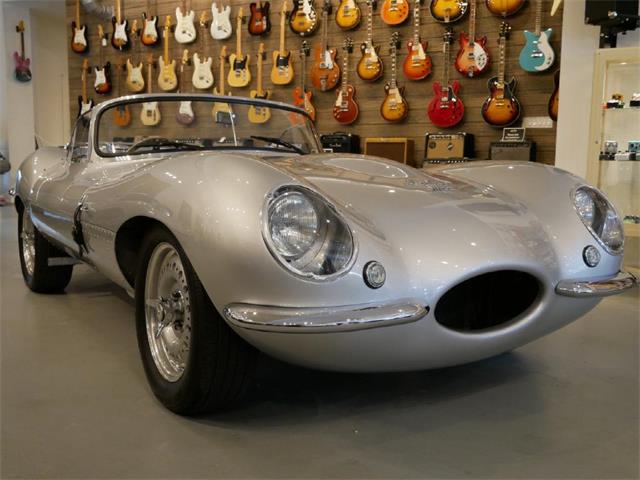