For Sale at Auction: 1953 Mercedes-Benz 300S in Elkhart, Indiana 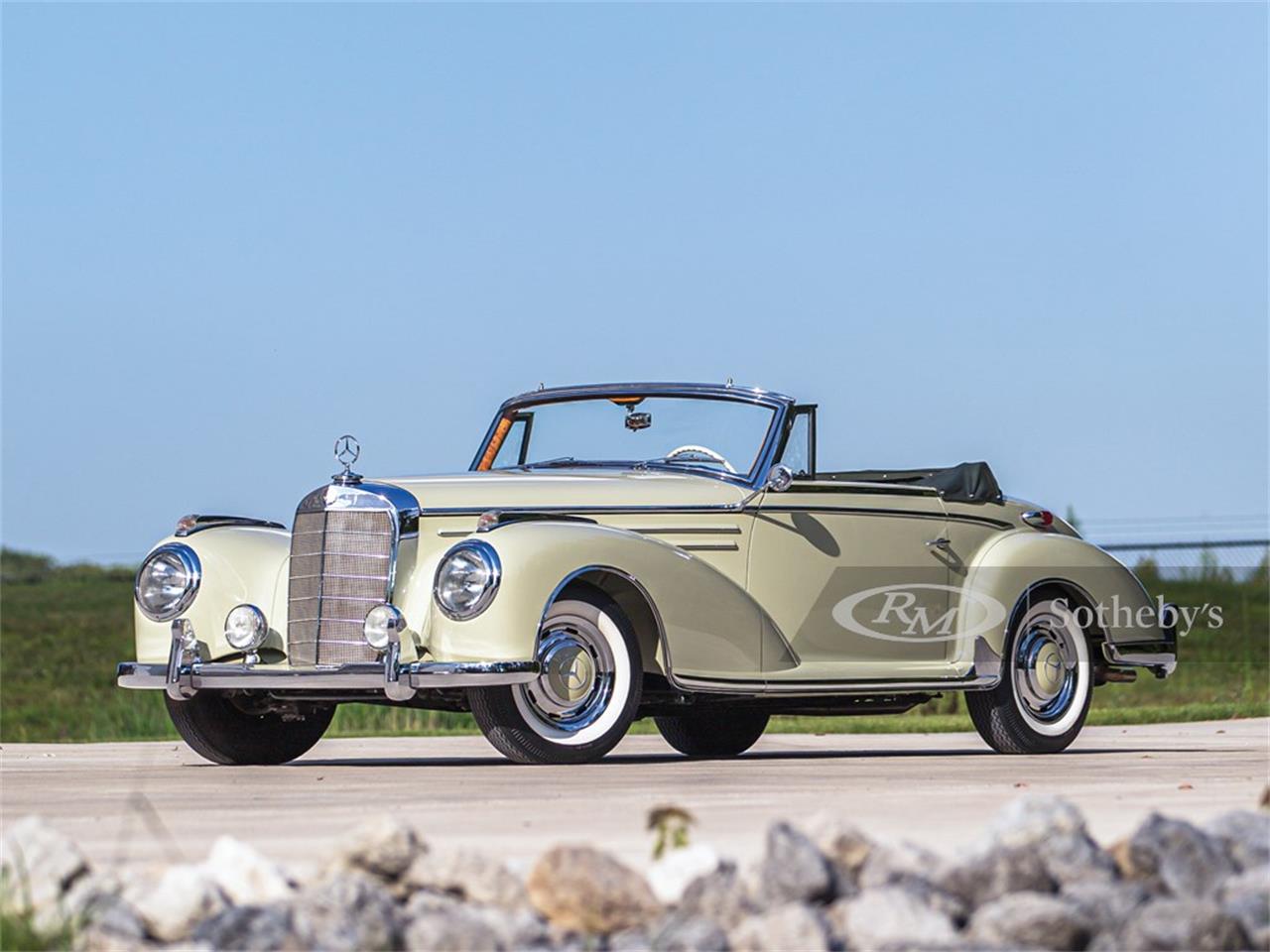 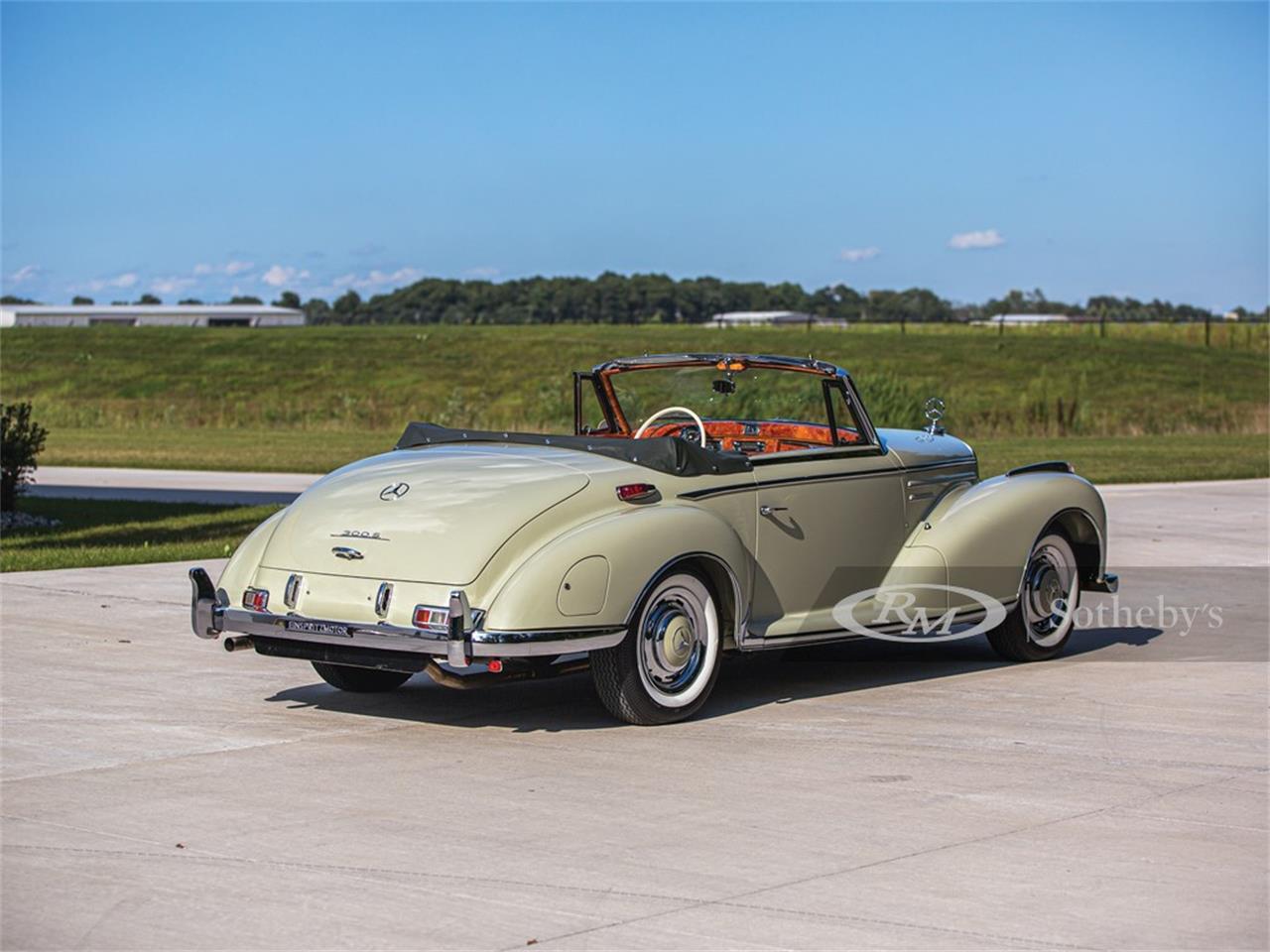 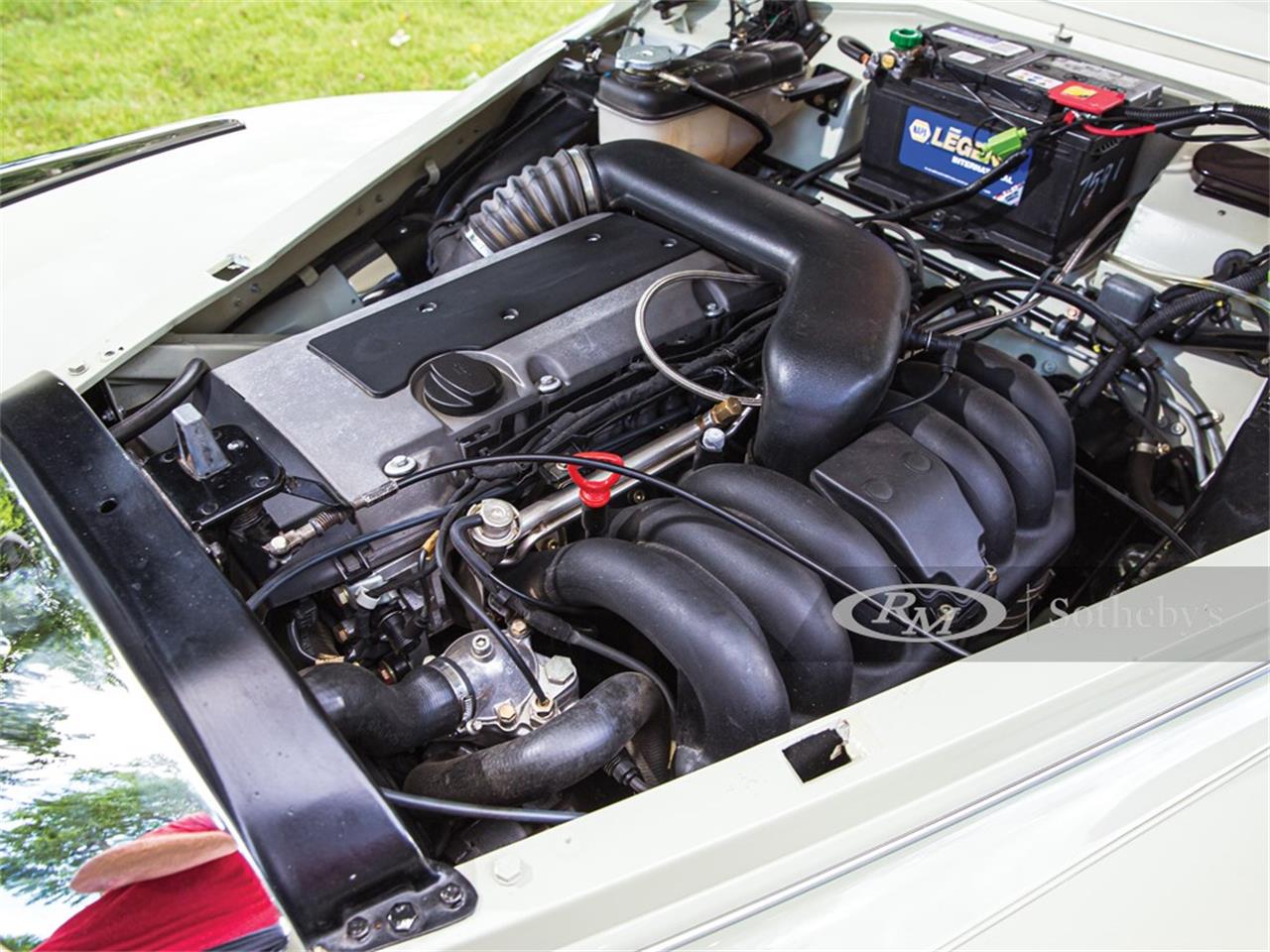 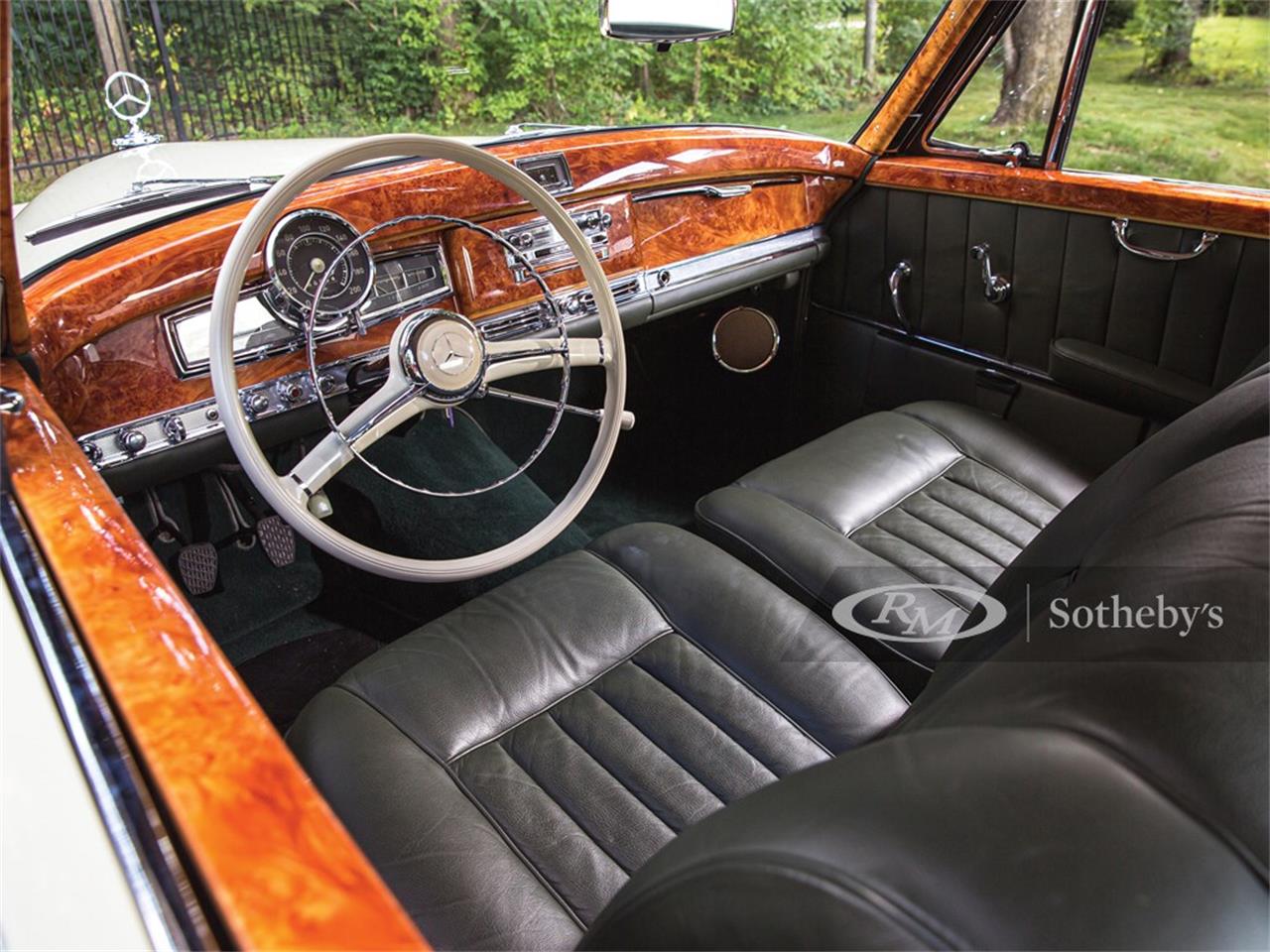 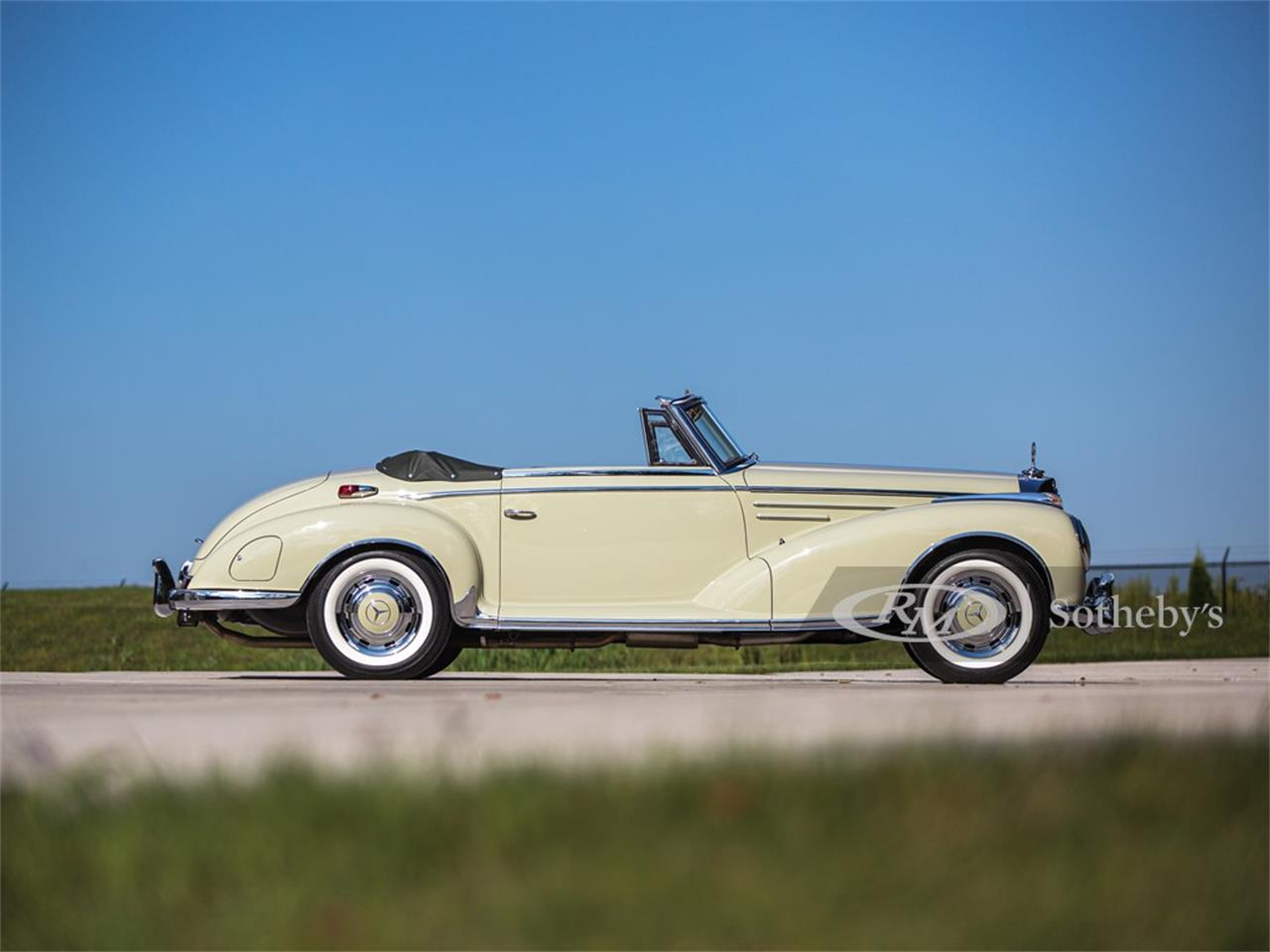 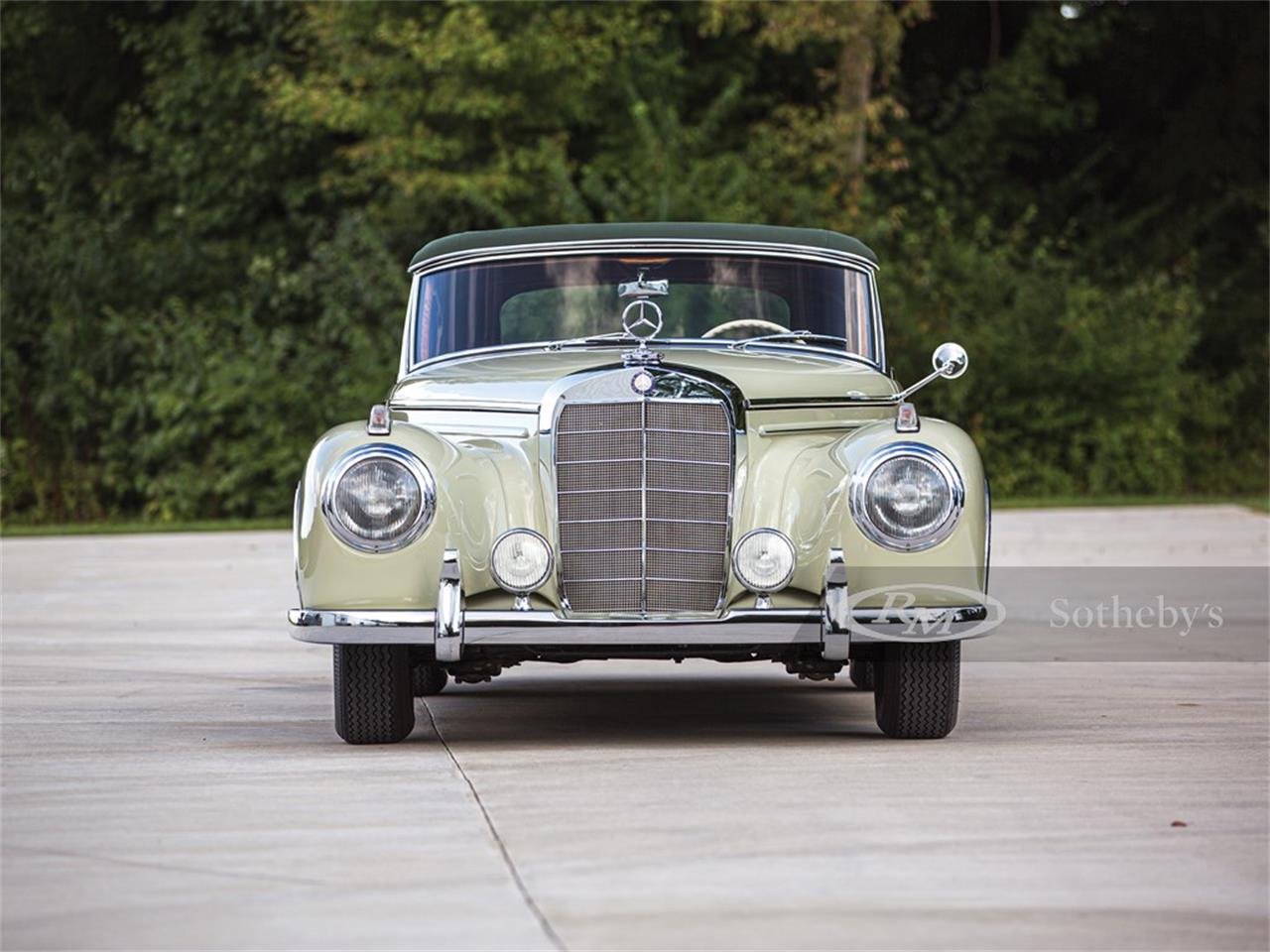 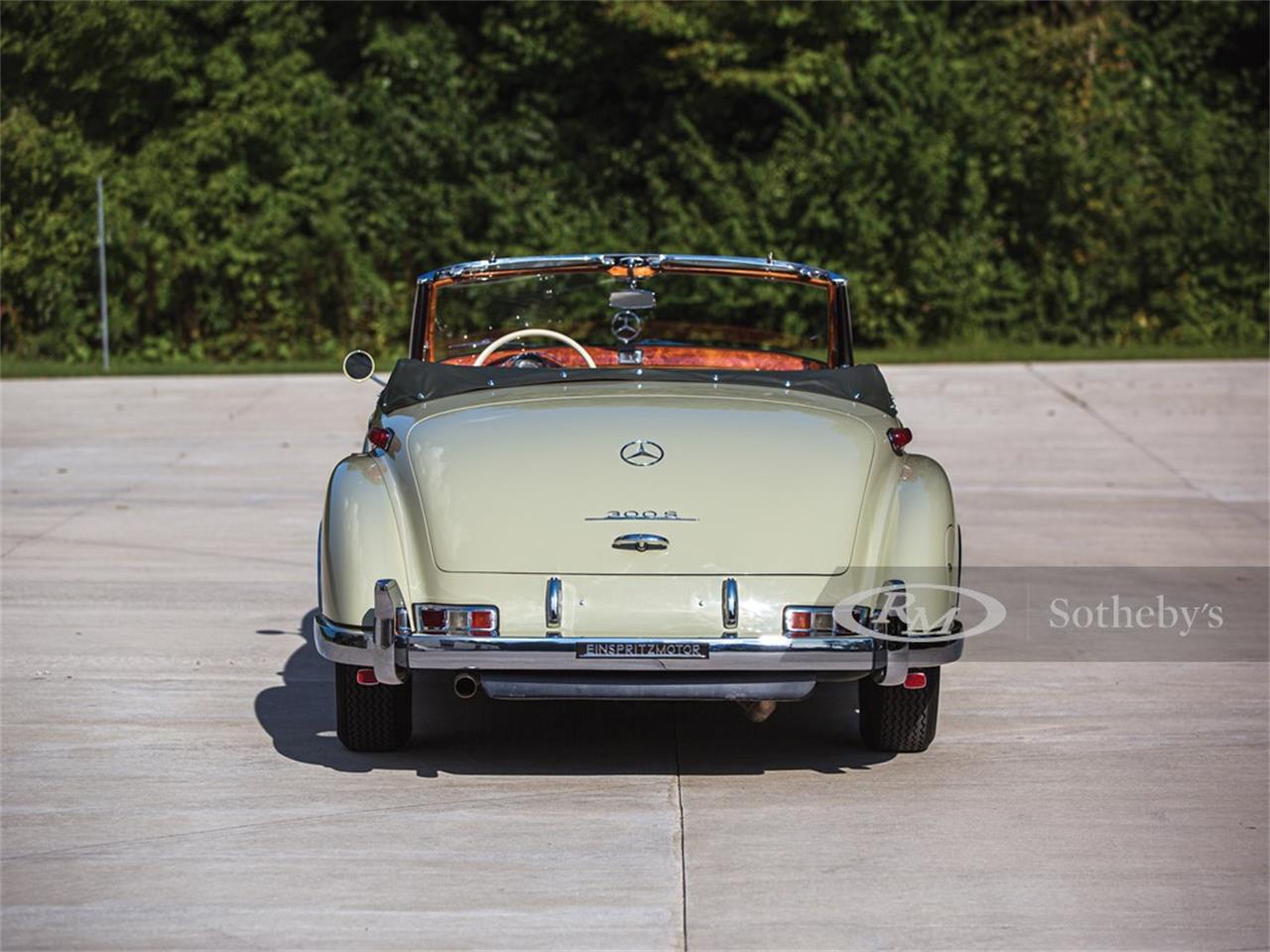 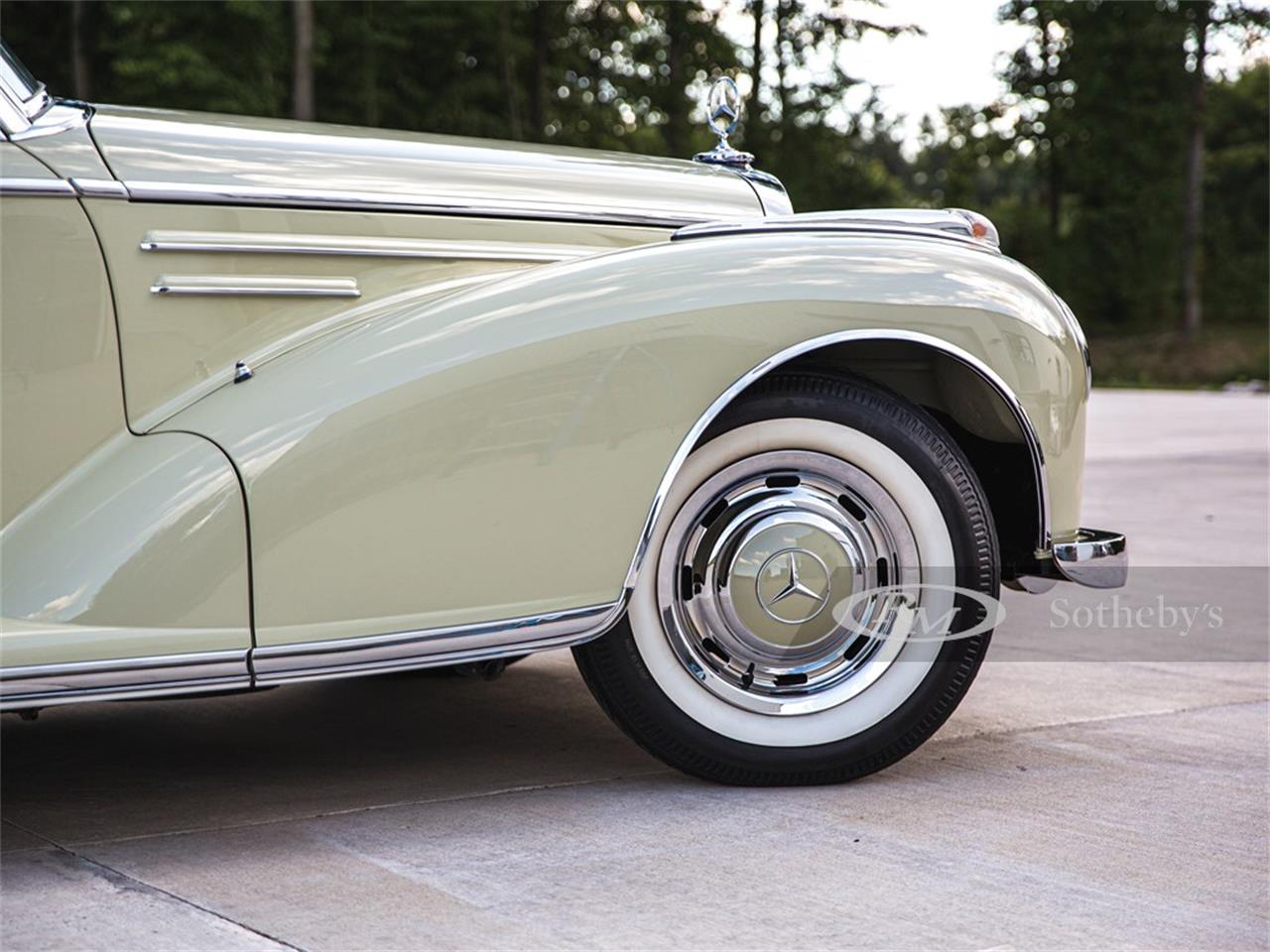 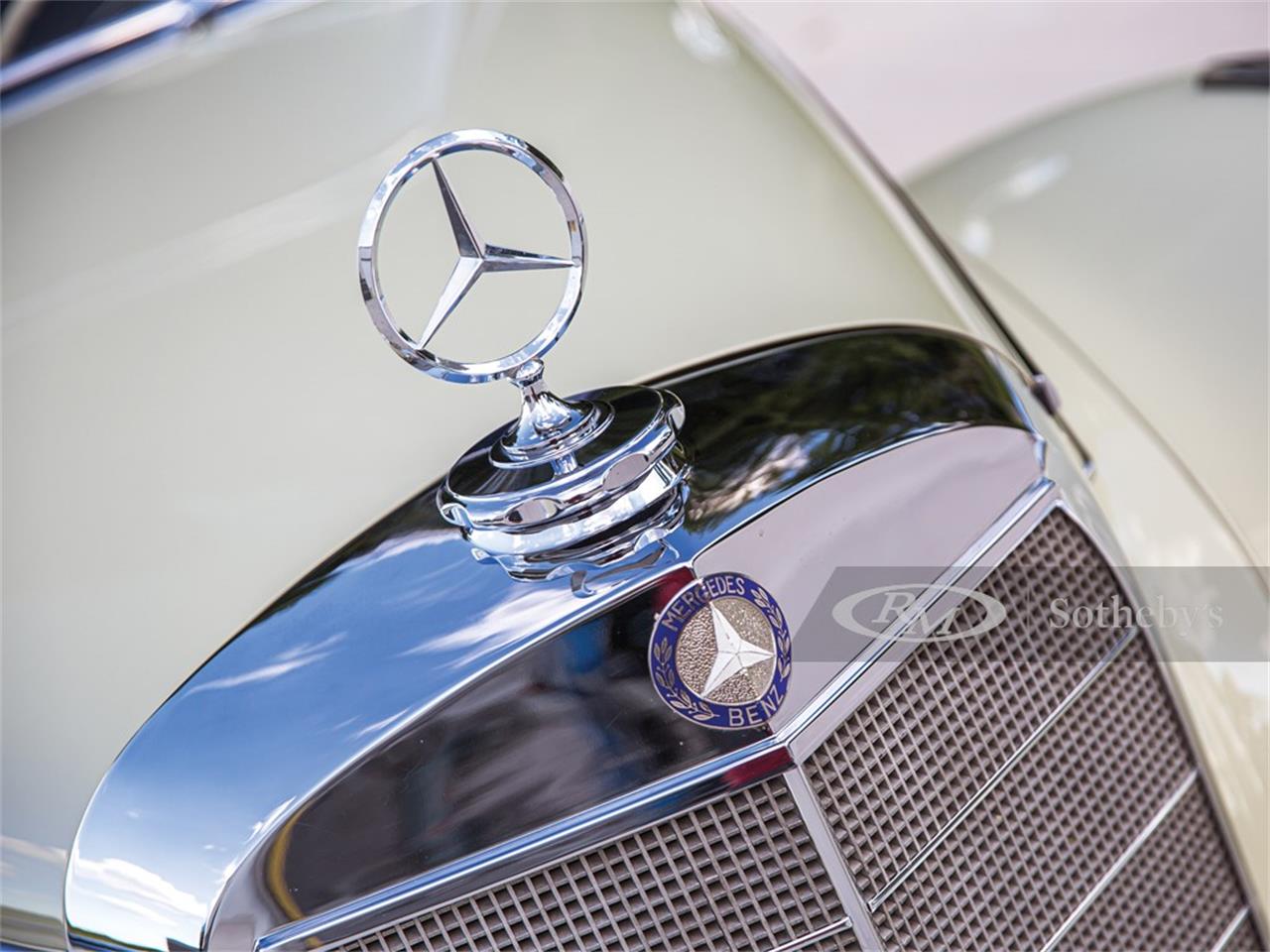 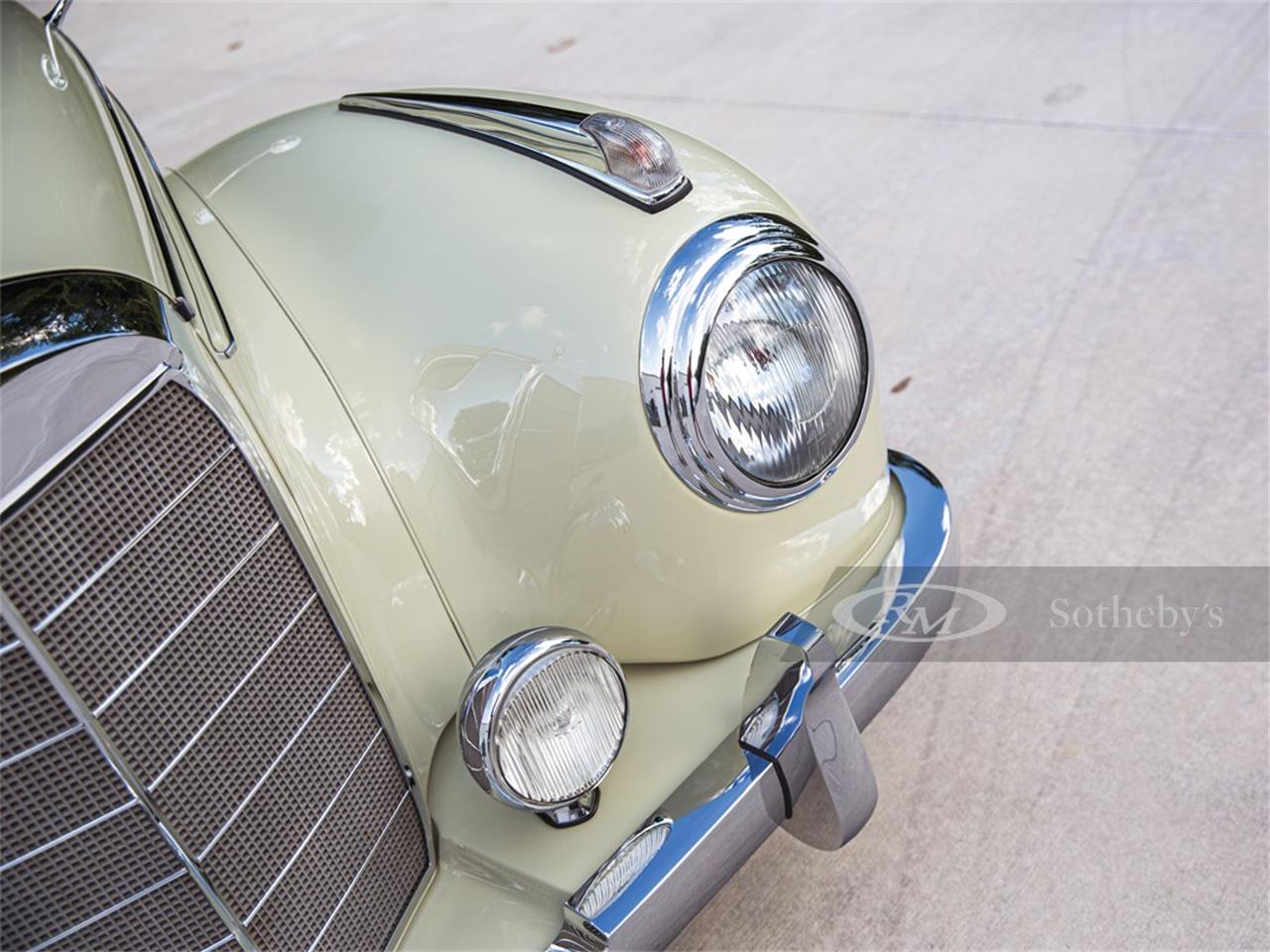 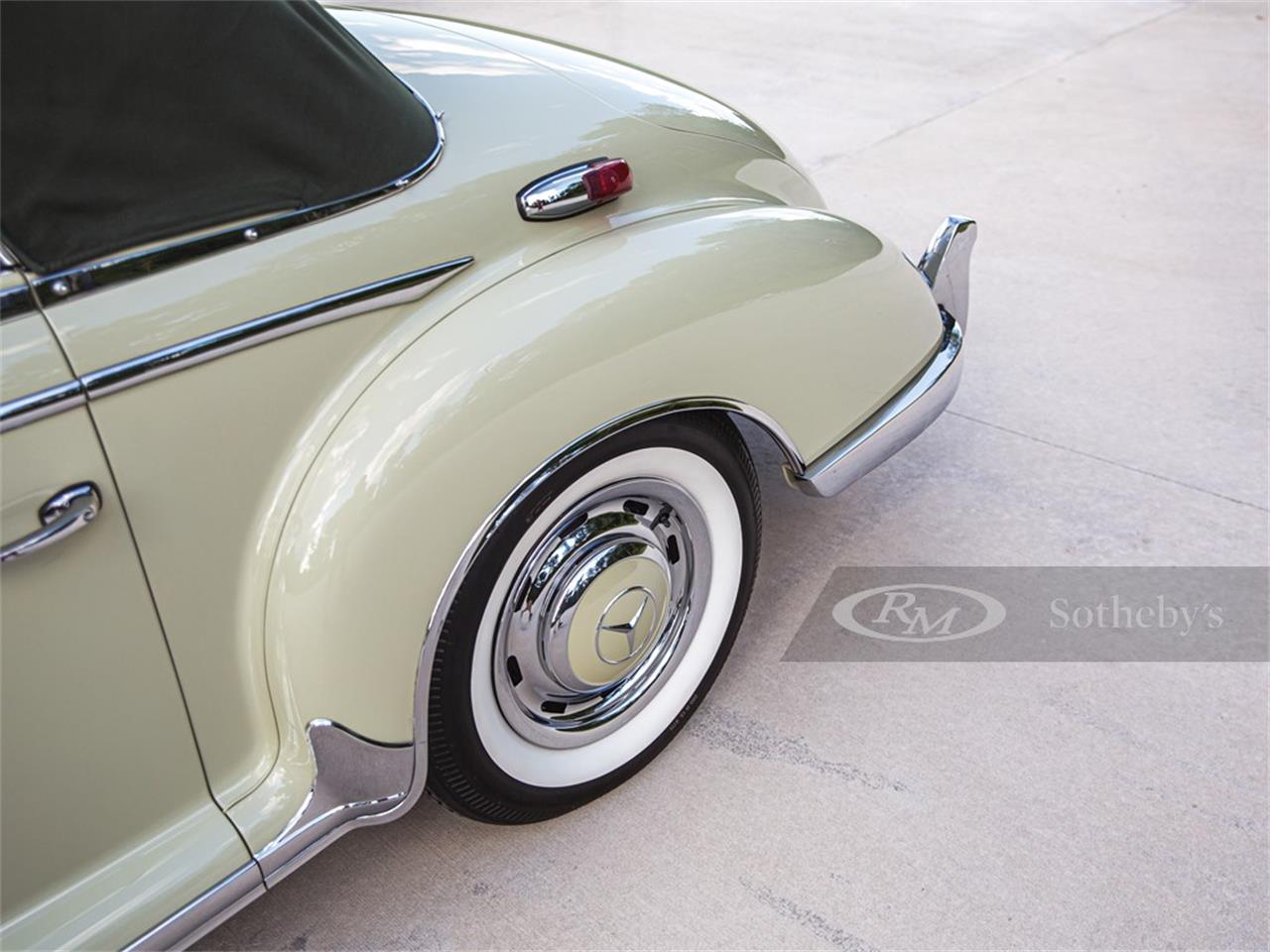 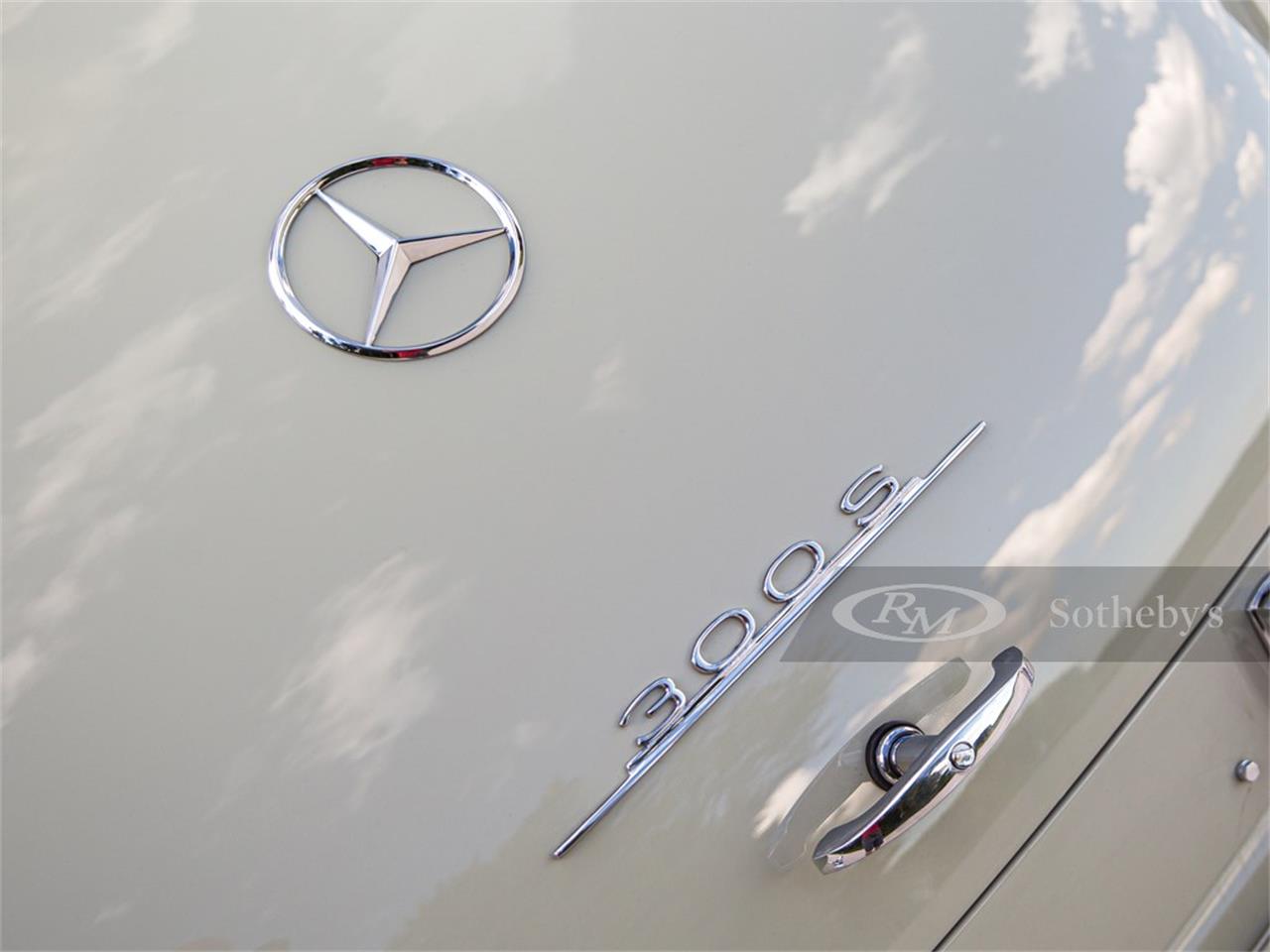 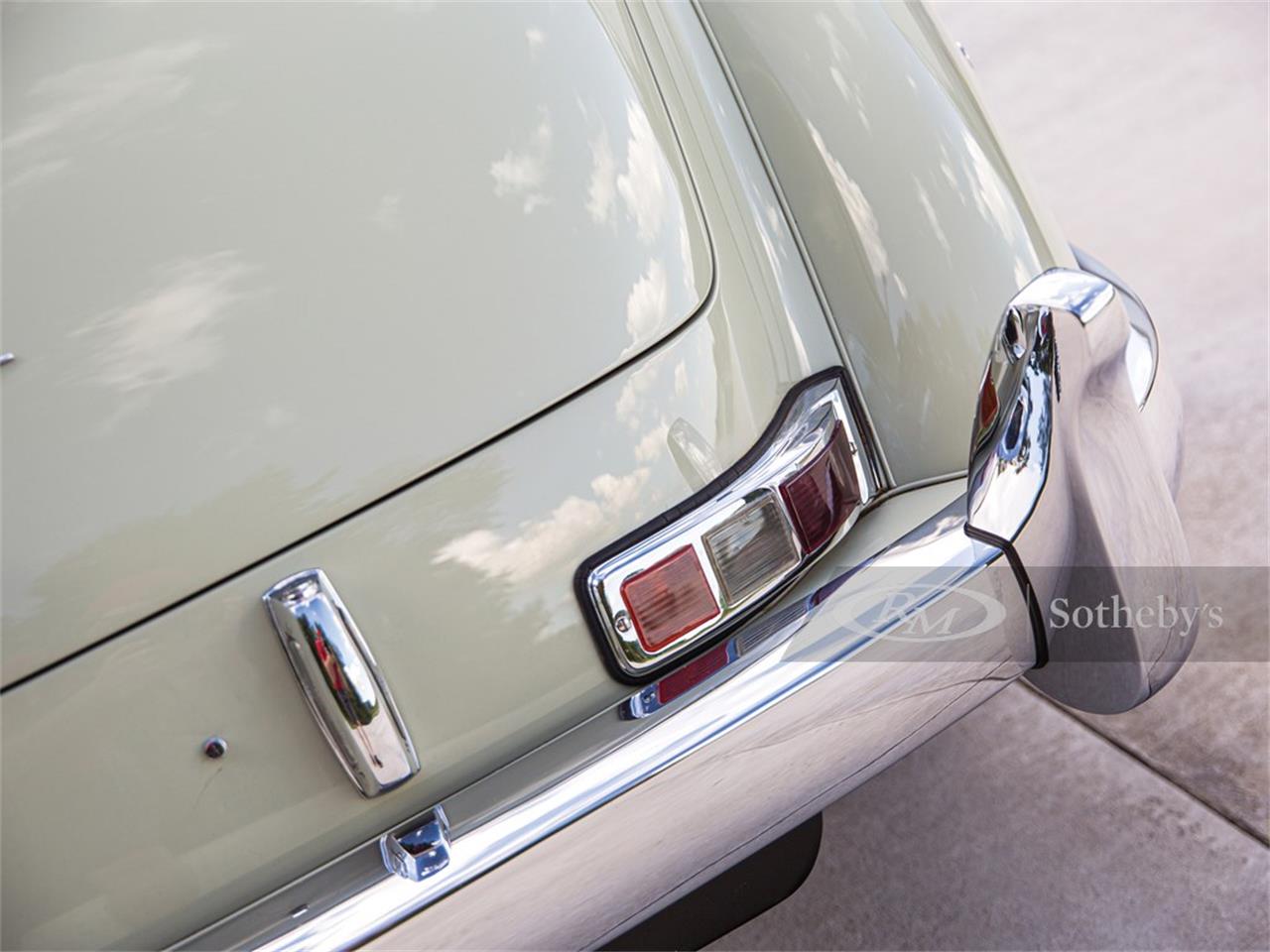 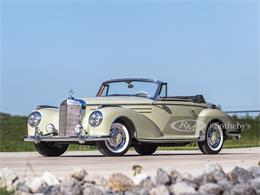 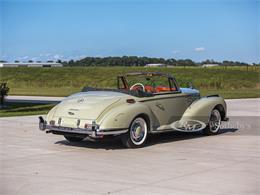 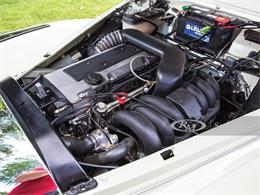 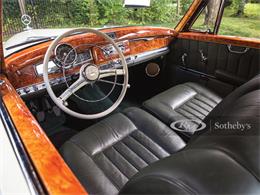 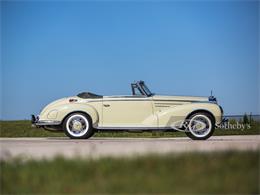 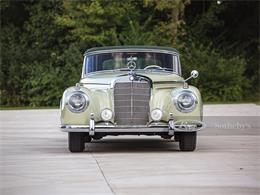 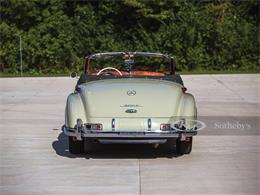 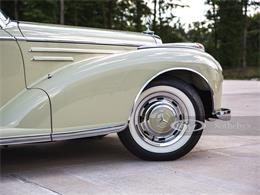 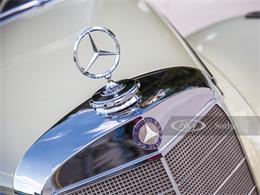 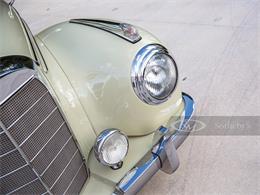 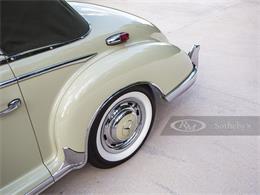 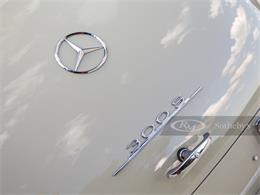 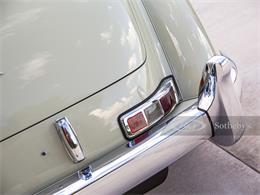 Please note that this vehicle is titled by a Colorado state assigned VIN.

Introduced in April 1951 at the first-ever Frankfurt Motor Show, the 300 was to be the crown jewel in the post-war Mercedes-Benz crown. Featuring an independent suspension, it provided outstanding comfort, even when cruising at a maximum speed of 100 mph. The 300 was initially offered in four-door cabriolet and sedan models on the W186 chassis; however, the shorter and sportier W188 chassis would also be used to provide customers with cabriolet, coupe, and roadster versions.

In 1955 the engineers upgraded the engine using the Bosch fuel-injection system introduced on the 300 SL. With the new engine, denoted on the rear bumper by Einspritzmotor (fuel-injected engine), the 300 Sc was introduced at the Frankfurt Motor Show in September 1955. Only a few other trim changes, including chromed cooling vents and trim about each fender, perforated chromed disc wheels, and enlarged turn signals, distinguished the new model.

However, even the impeccable craftsmanship and traditional lines were not enough to overcome potential buyers' reluctance to accept the lack of air-conditioning, automatic transmission, and power amenities common in competitive luxury cars. As such, only a total of 216 coupes, 203 cabriolets, and 141 roadsters were produced of the 300 S and fewer yet of the fuel-injected 300 Sc.

Utilizing what is believed to be an original chassis and body, the 300 S offered here appears as it would have at Daimler-Benz in 1953, though with some of the added flair of the later 300 Sc. Underneath, however, is something quite different and rather remarkable. The hood opens to reveal a modern Mercedes-Benz M104 fuel-injected inline six-cylinder engine mated to a five-speed manual transmission. Coping with the additional power created by this engine, power-assisted front disc brakes were installed, and radial tires have been fitted.

Not enough can be said for the quality of paintwork and chrome, obviously both professionally done to the highest standard. The car retains correct Bosch headlight lenses and bezels, and a proper German canvas top has been fitted, along with a complementary-colored boot.

Great care was taken to ensure that the interior would appear virtually "stock" and correct, including retaining the traditional handsome, heavy polished woodwork, gauges, and switchgear, and a period radio face, as well as shaded visors, full leather upholstery, and Wilton wool carpeting. As with the original car, there is a small rear seat, accommodating either children or, with the cushion folded, additional luggage. The speakers in the kick panels have period-correct bezels, and the vents for the air-conditioning system are very cleverly integrated into the windshield posts, rather than being tucked under the dash as in less carefully thought-out installations. Even the transmission is shifted via a column lever, as original, completing the preservation of the 1950s look and feel.

During its time in the Elkhart Collection, this impressive Mercedes-Benz, a combination of the best in old and new technology, has been utilized for the Holy Land 1000 tour of Israel. It would undoubtedly be an entertaining choice for any number of such events around the world. The original 300 S was no sheep; perhaps this car could now be considered a wolf in coyotes' clothing?To view this car and others currently consigned to this auction, please visit the RM website at rmsothebys.com/en/auctions/el20.