For Sale at Auction: 1955 Jaguar D-Type in Elkhart, Indiana 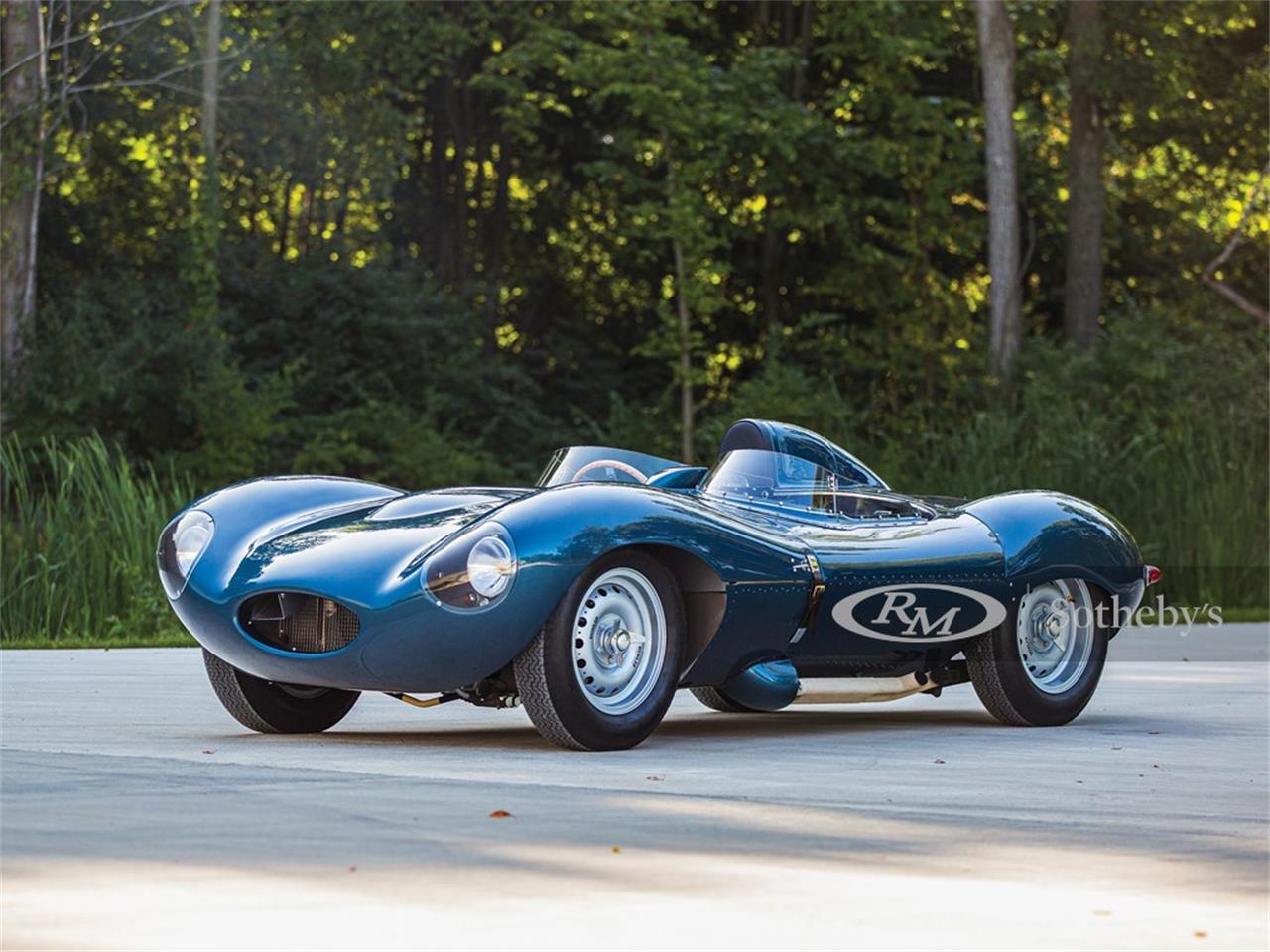 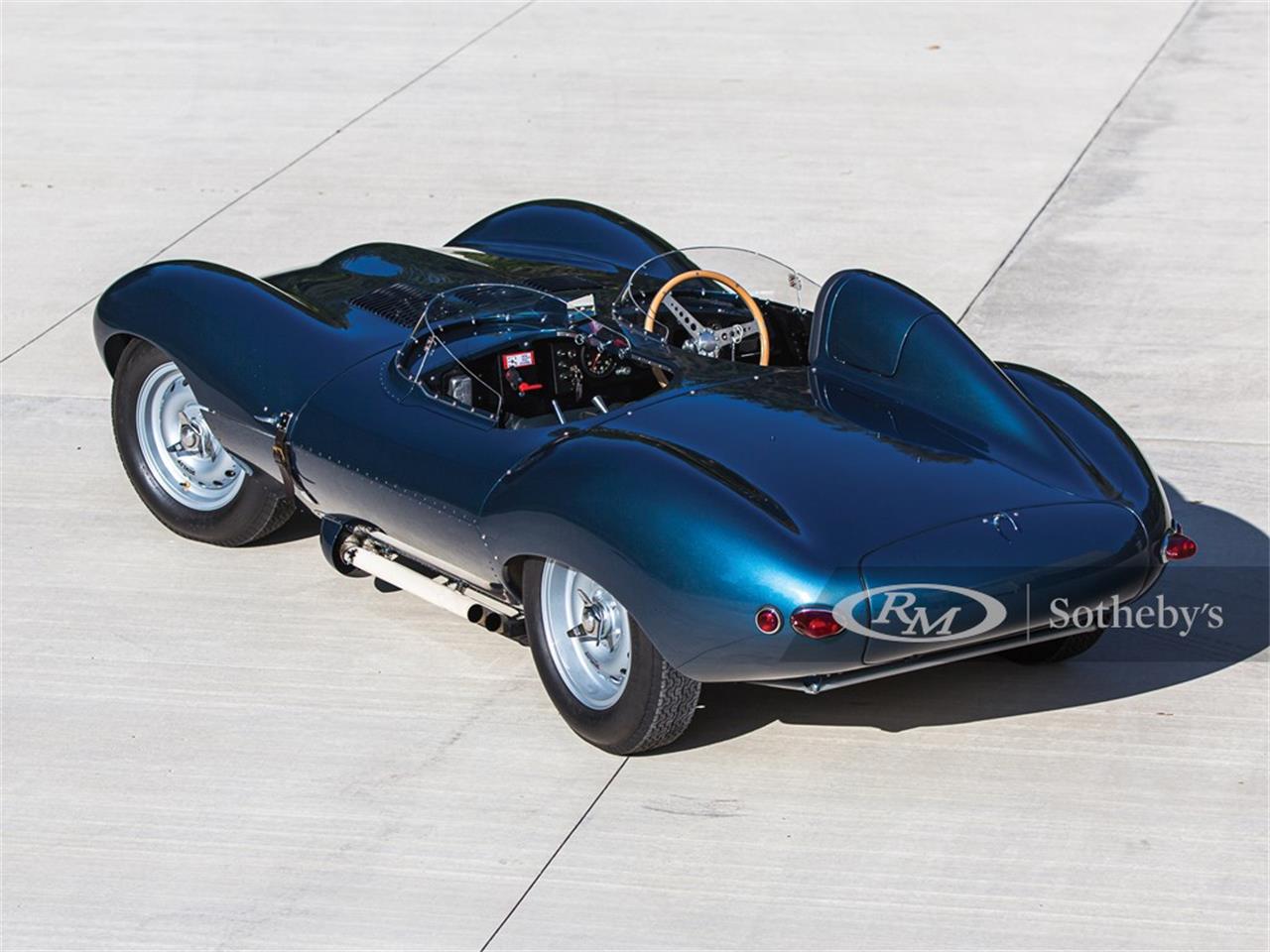 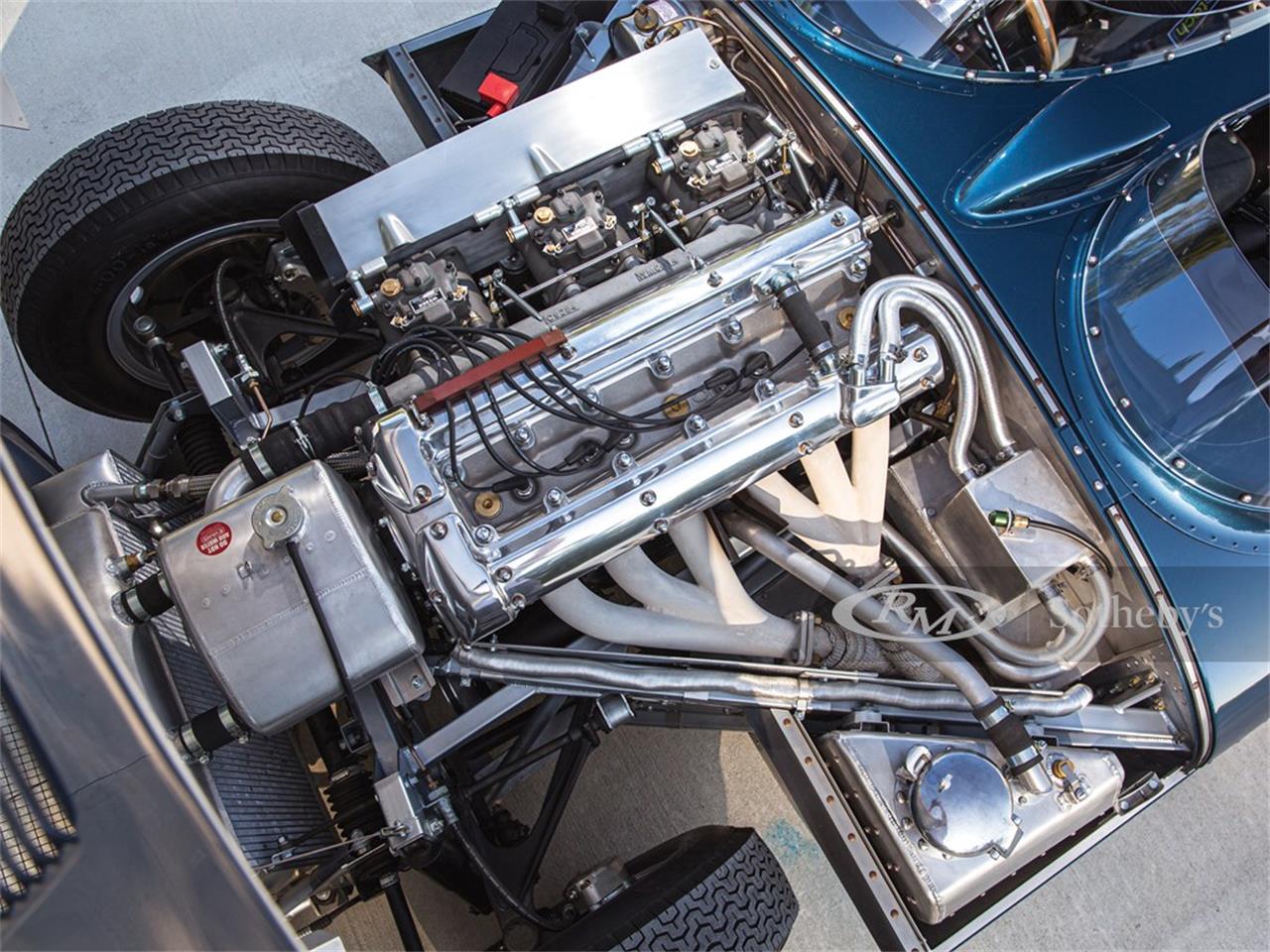 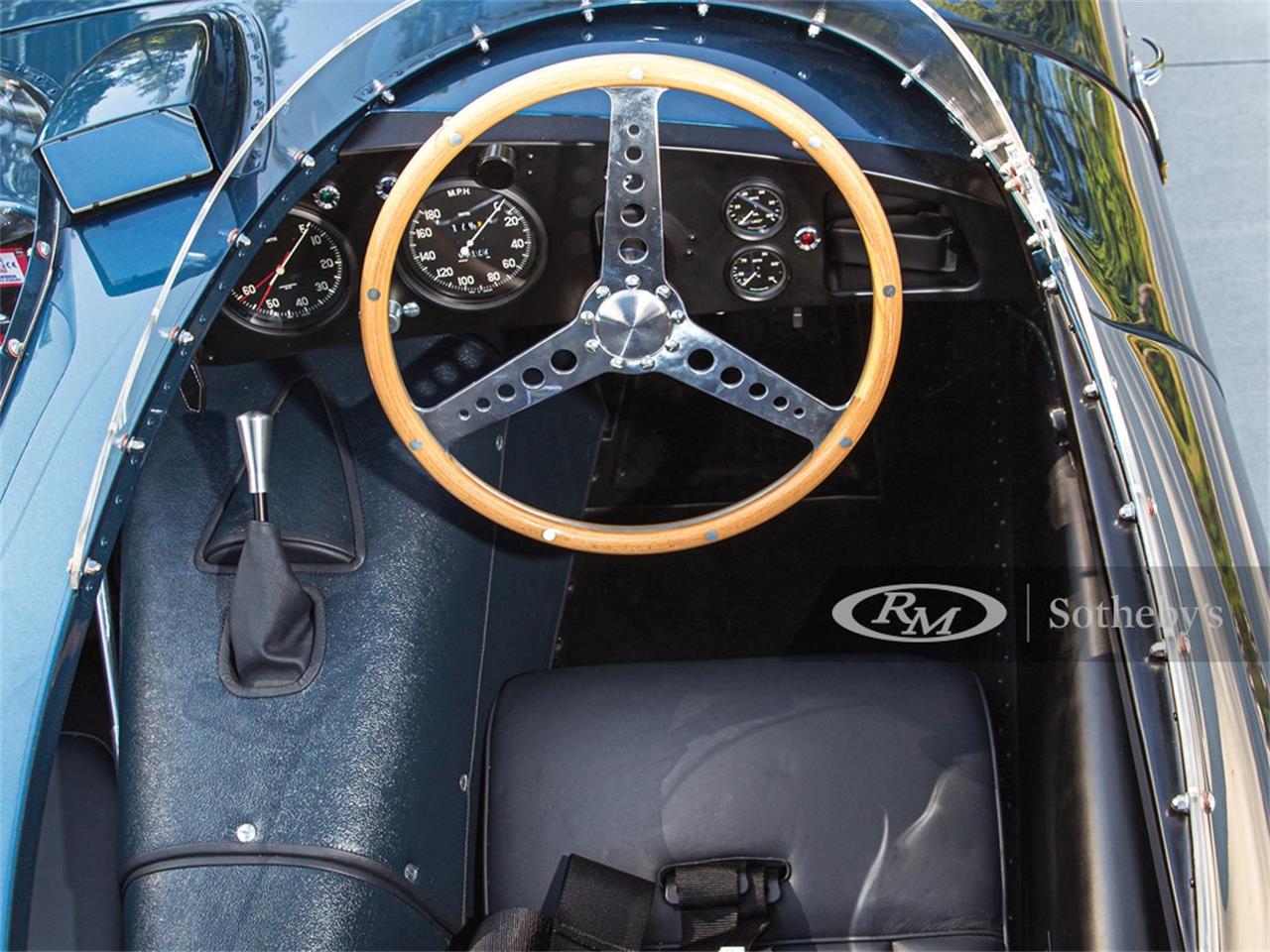 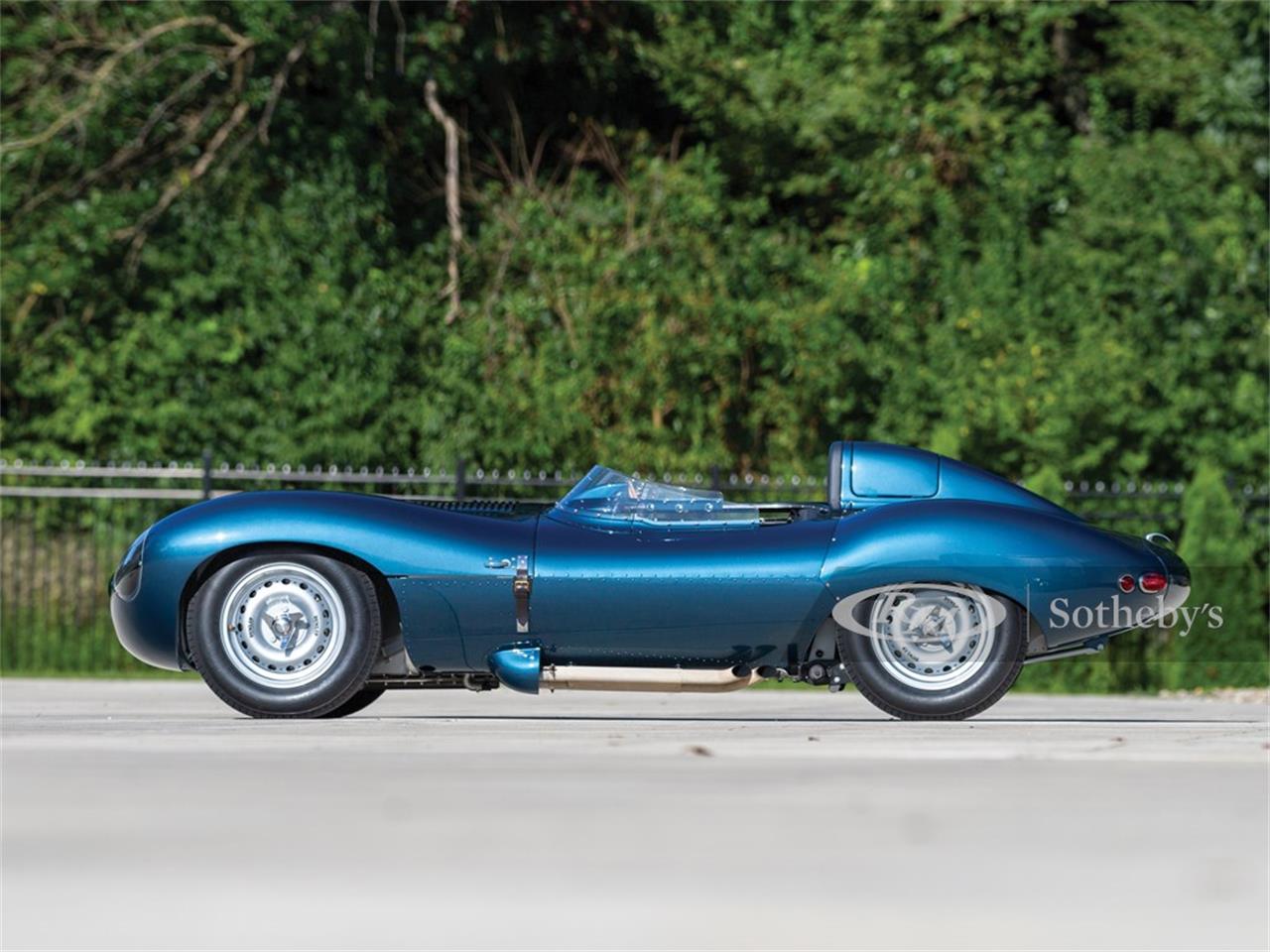 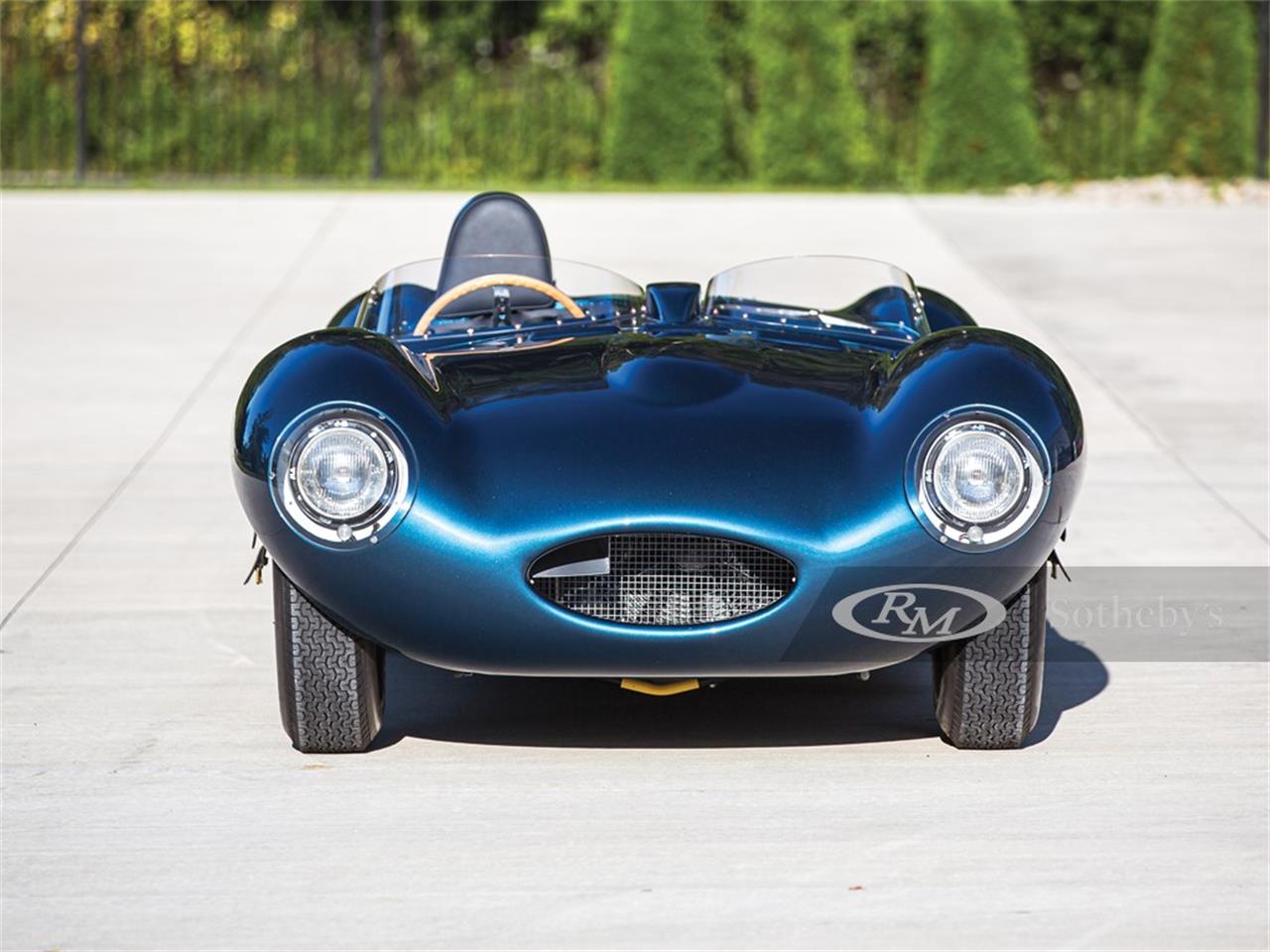 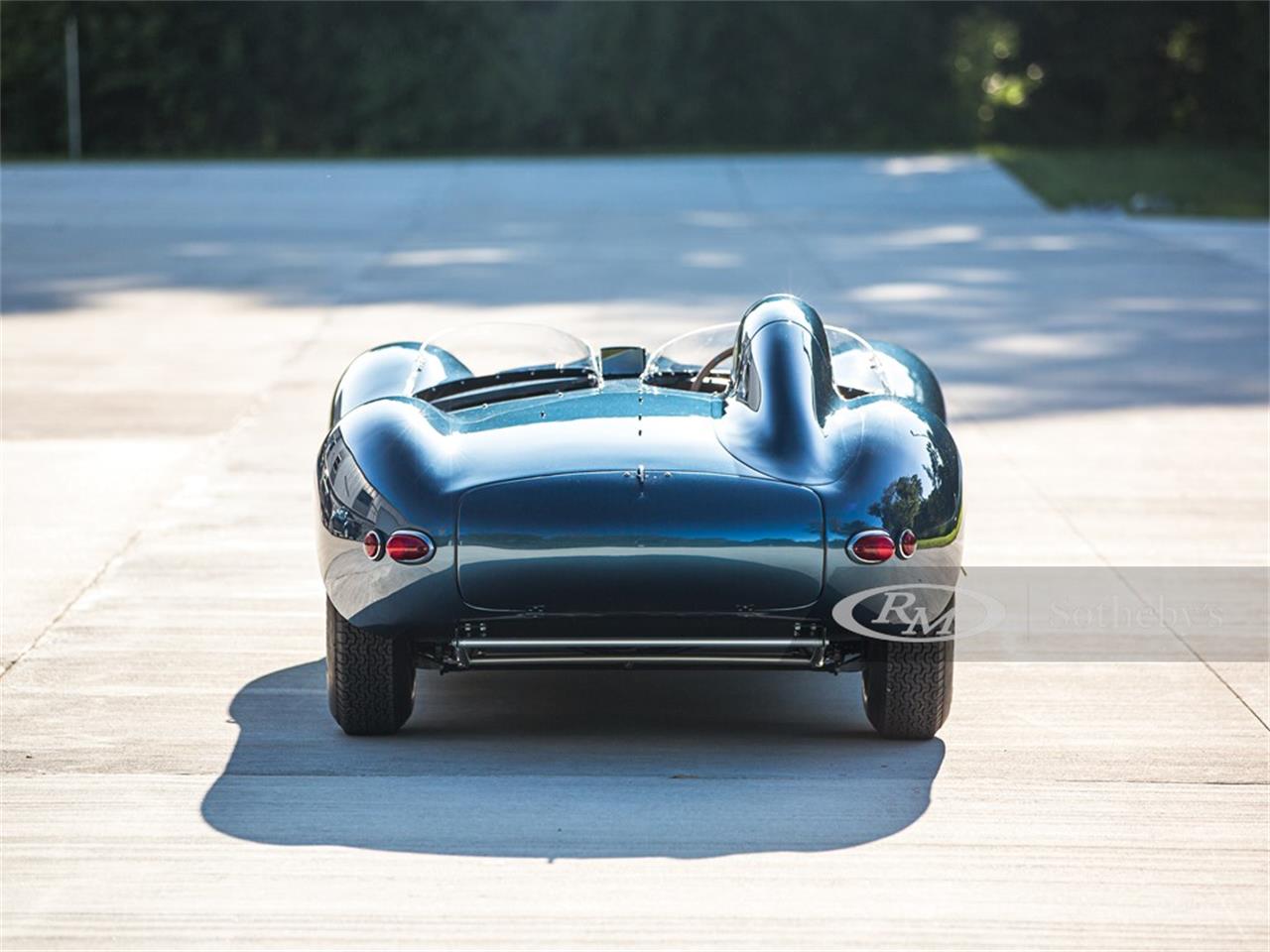 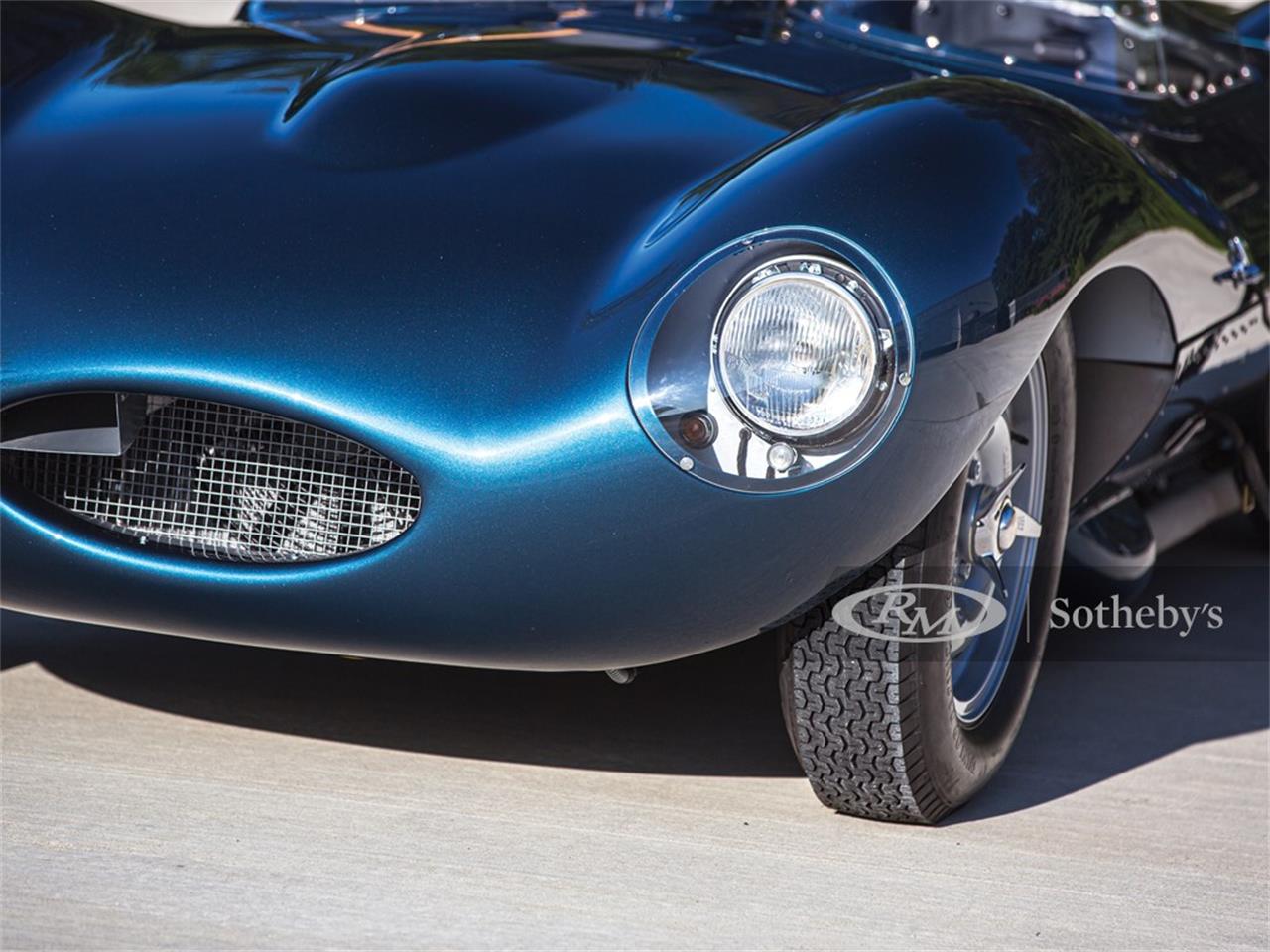 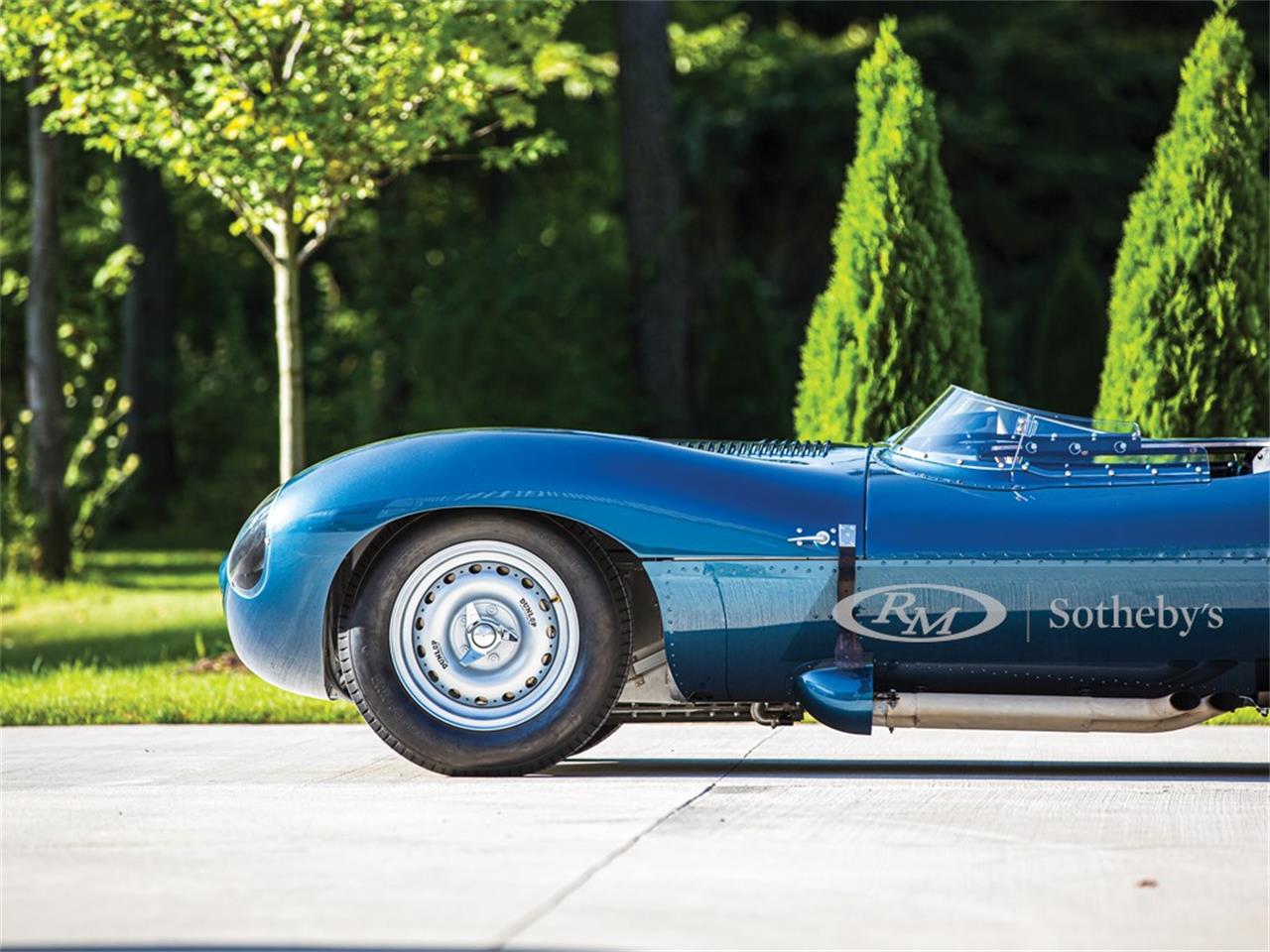 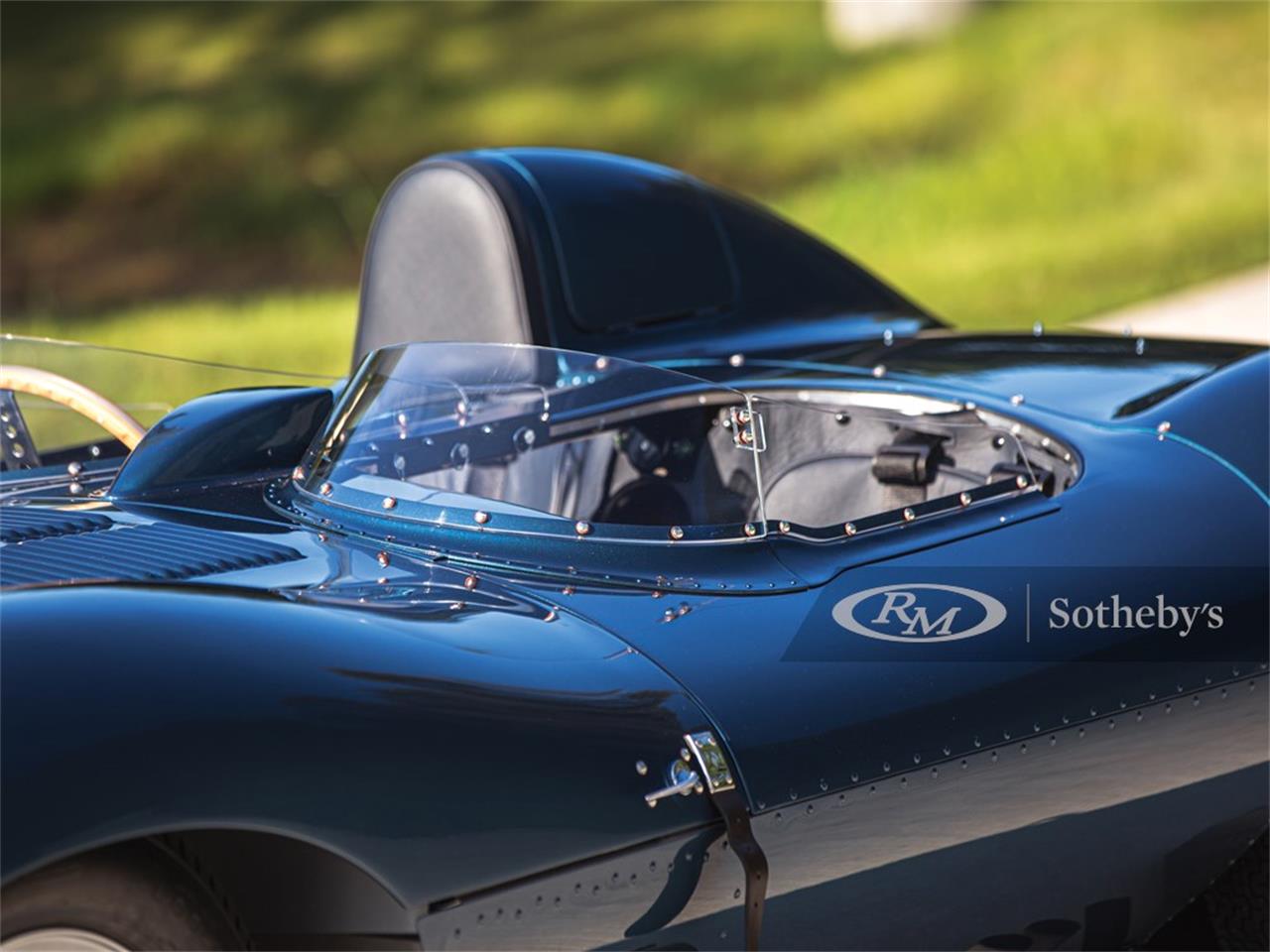 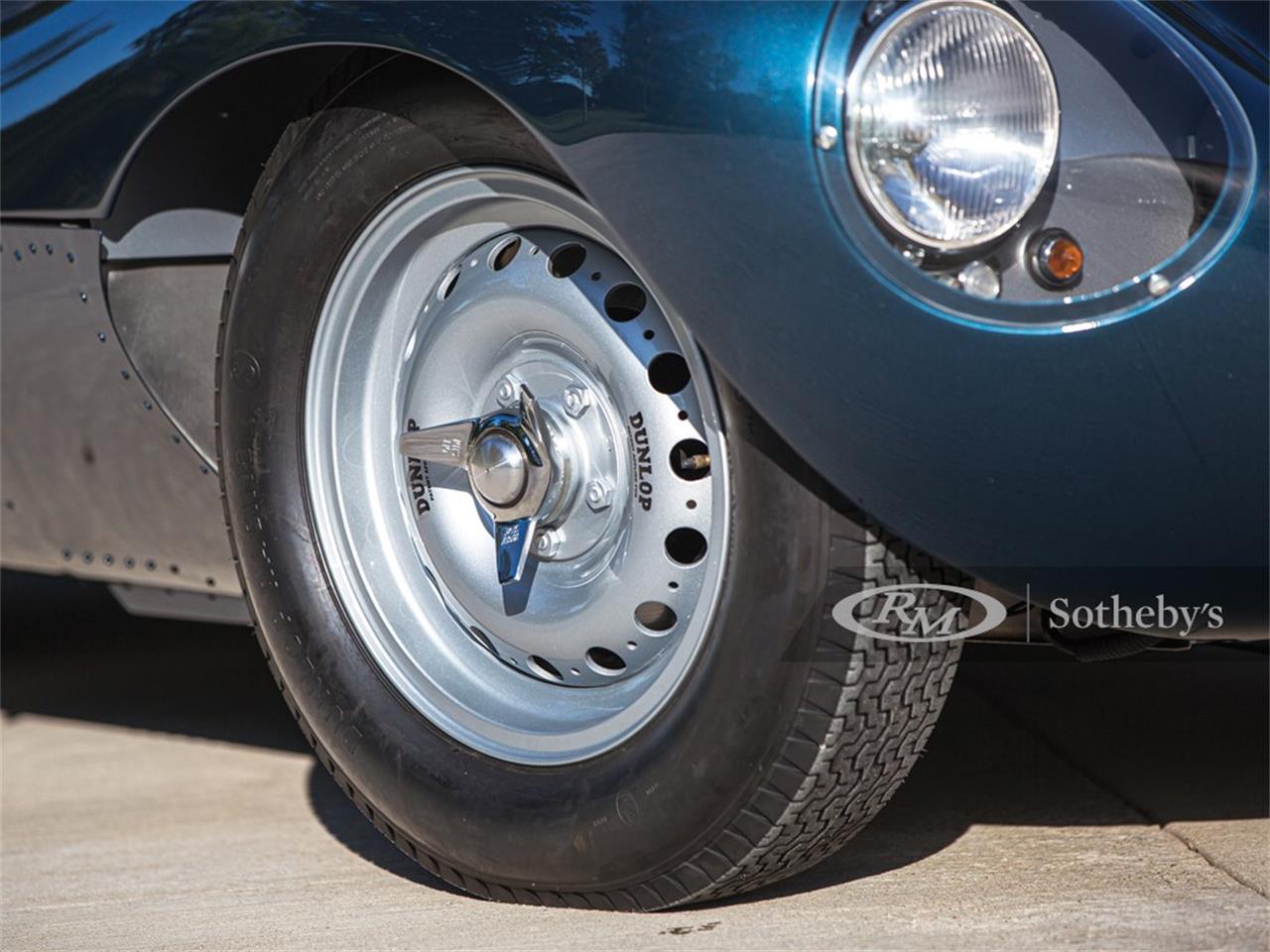 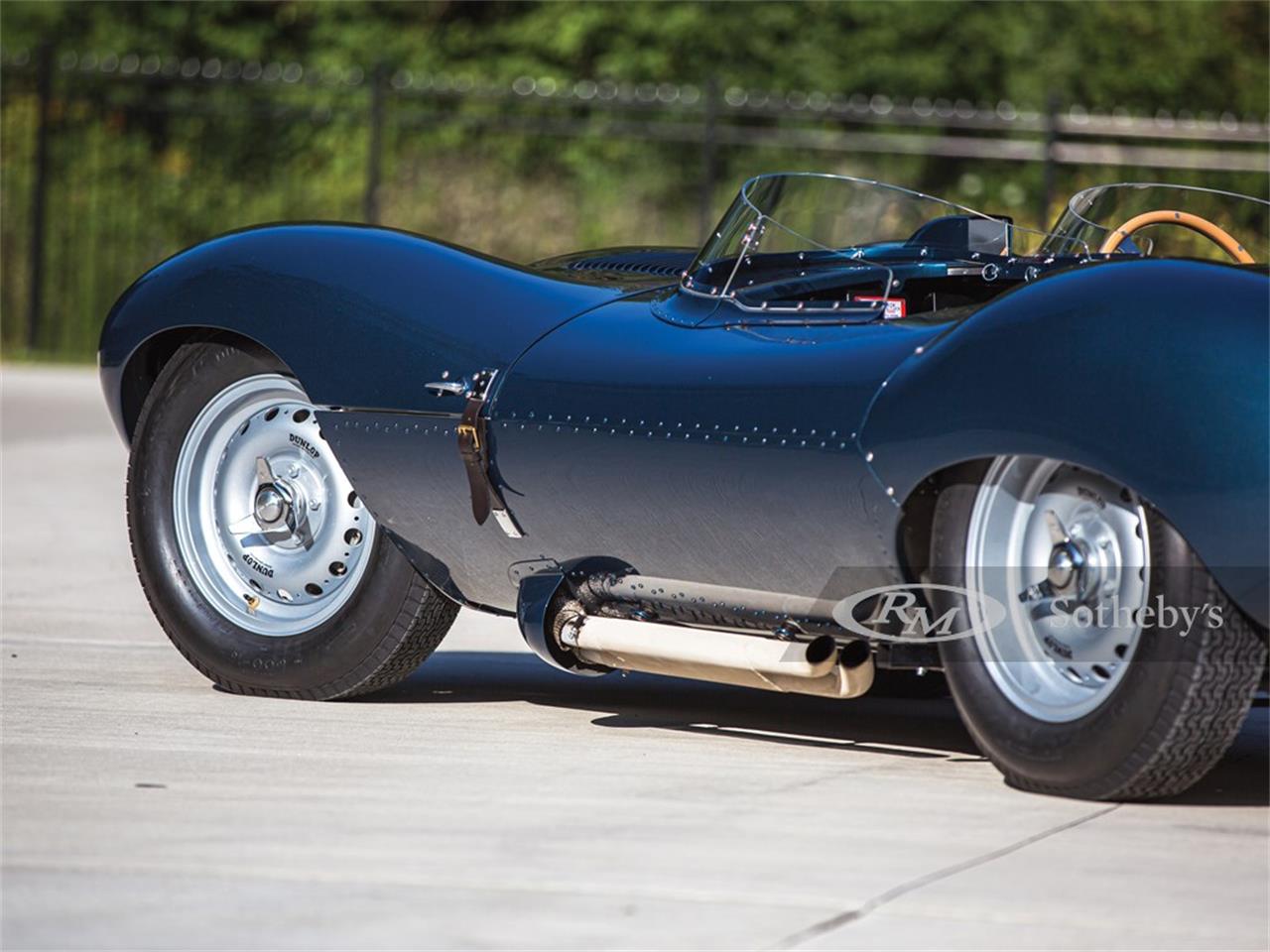 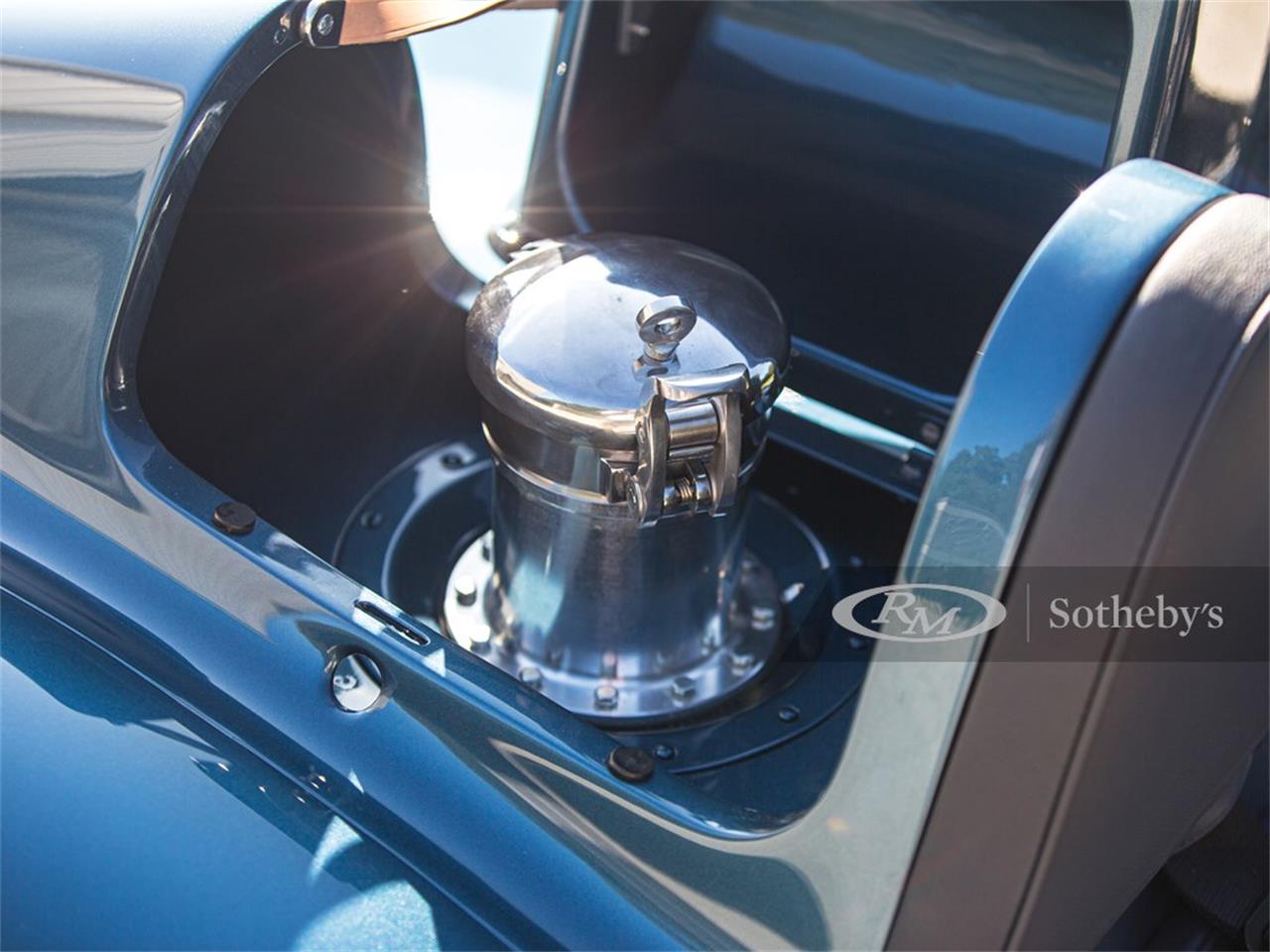 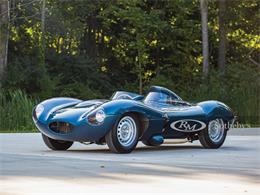 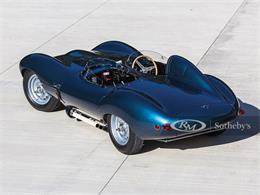 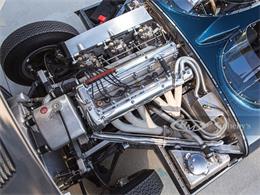 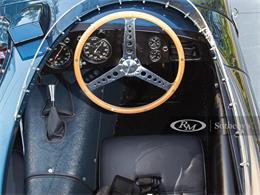 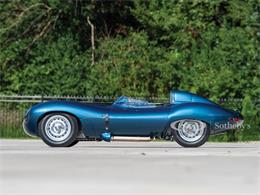 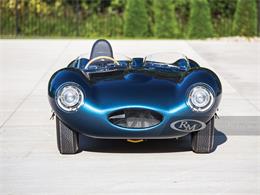 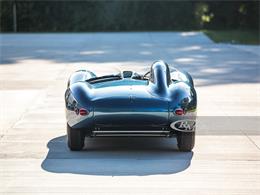 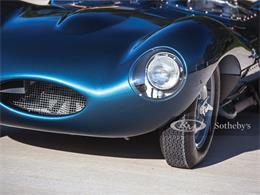 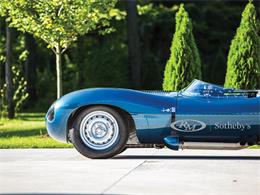 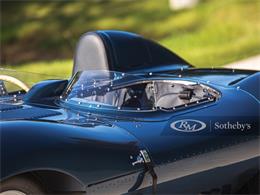 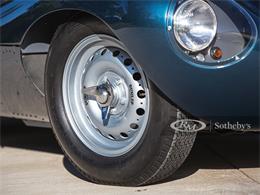 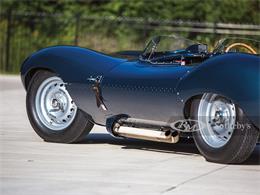 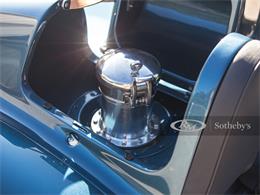 Please note this car is a racing car, intended for track usage and as such, offered on a bill of sale only.

Perhaps no Jaguar model demands more respect than the legendary D-Type. Specifically engineered to win Le Mans, it was a significant departure from the prior C-Type's architecture. The D-Type was notable as one of the first monocoque sports racers, as it featured a fabulous aerodynamic body designed by Malcolm Sayer. The model was powered by a development of the C-Type's carbureted 3.4-liter inline six-cylinder engine, which was increased to a fuel-injected 3.8 liters in the later cars.

Debuting at the 24 Hours of Le Mans in 1954, the D-Type finished a narrow 2nd to a 4.9-liter Ferrari V-12, and a year later, it won the race outright with a long-nosed factory body equipped with a revised motor. Jaguar retired from racing after the 1956 season, but the D-Type continued to flourish in private hands, winning Le Mans in 1956 and 1957 for the esteemed Ecurie Ecosse.

Although not necessarily well suited to every type of course, the D-Type proved to be extremely effective on properly surfaced endurance circuits, and it remains one of the most important Le Mans race cars ever built, holding a special place in Coventry lore. The survivors are maintained and treasured by enthusiasts worldwide, who adore their thrilling performance and beautiful, curvaceous lines, and many remain some of the most valuable and desirable Jaguars ever built. They are exercised on both road and track, as well as in any number of vintage rallies and competition.

Jaguar's total production run of D-Types was 75 cars out of a planned production run of 100. The 25 remaining chassis were intended to be repurposed for XKSS road cars, but a fire in the factory resulted in that project being cut short, as well. Thus, 62 years after building their last D-Type, Jaguar decided to complete the original production run by building 25 more. Produced by Jaguar Classic, each of the 25 "new" D-Types was not a mere replica, but literally a new car, built in Warwickshire to the original engineering and using many of the original materials and methods, along the original blueprints, exactly as the model had been turned out in the 1950s.

The D-Type was available in two iterations: either the 1955-specification "short-nose" or 1956-specification "long-nose" bodywork; the short-nose car came with a correct 3.4-liter engine with its narrow-angle cylinder head, three Weber 45DC03 carburetors, four-speed manual transmission, and four-wheel disc brakes. The bodywork was a light aluminum monocoque combined with front and rear subframes, as originally designed, with individual leather seats. Even the Dunlop knock-off wheels were authentic.

Jaguar made no bones that they intended the new D-Type to compete in vintage races, as several of the previous lightweight E-Types produced in 2015 had. It was an automobile built in every detail as the original-including the intention to race it and win.

Chassis number XKD 805 was finished to the early "short-nose" specification with 3.4-liter engine and livery in the iconic and striking metallic Scottish Racing Blue of Ecurie Ecosse. The car has a few minor but important concessions to ensure safe and reliable modern use, including the fitment of Racetech harnesses and a NAR Group high-performance radiator, but is otherwise an authentic D-Type and presents beautifully throughout. In fact, the level of detail is truly remarkable, as seen in the serial-number plate within the engine compartment, which is correctly stamped with the same fonts used in 1955!

The car has only 170 miles recorded at the time of cataloguing and remains immaculate, with virtually no signs of wear to its finishes. Even under the hood, the engine appears essentially new and spotlessly clean, with few signs of use. The spare tire compartment within the tail contains a correct spare, as yet unused, and this compartment, too, is untouched. Suitable for both driver and passenger, the D-Type features a passenger windshield as well as Le Mans passenger cover when the second seat is not occupied.

The run of 25 new D-Types virtually sold out before introduction, with hardly a car available at the time of the prototype's debut at Retromobile. To acquire this one from its original owner is a rare treat indeed. In fact, it is believed to be the very first of these extraordinary, very special automobiles to become available for public sale. It is ready for a new owner to run on the course of his or her choice.

For road or track, the Jaguar D-Type is without parallel-a vintage driving experience resurrected for a new generation.To view this car and others currently consigned to this auction, please visit the RM website at rmsothebys.com/en/auctions/el20.