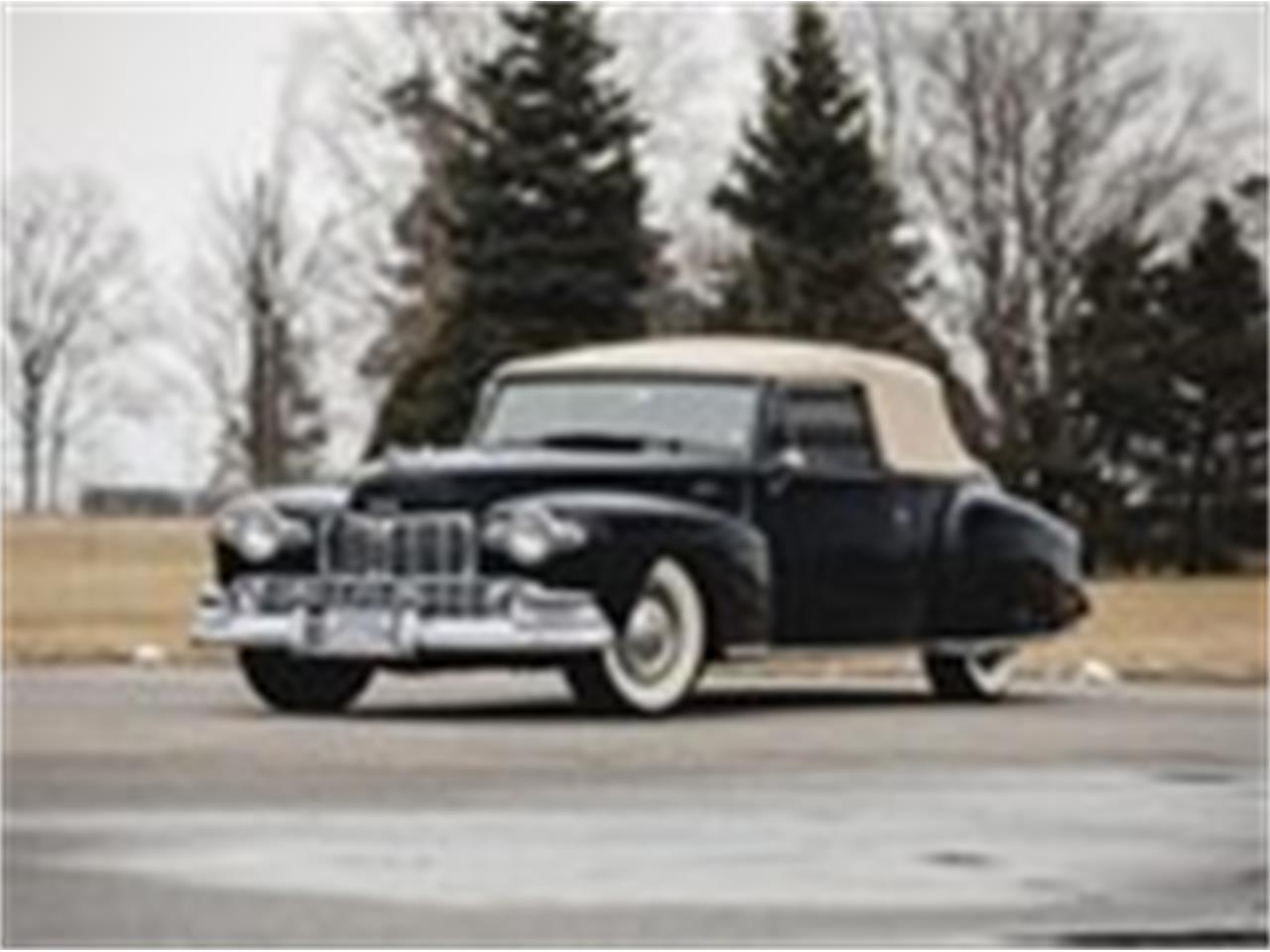 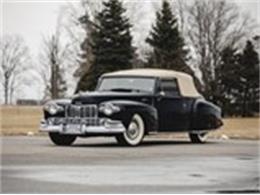 The Lincoln Continental is a series of mid-sized and full-sized luxury cars produced by Lincoln, a division of the American automaker Ford Motor Company. The model line was introduced following the construction of a personal vehicle for Edsel Ford, who commissioned a coachbuilt 1939 Lincoln-Zephyr convertible, developed as a vacation vehicle to attract potential Lincoln buyers. In what would give the model line its name, the exterior was given European "continental" styling elements, including a rear-mounted spare tire.

Along with the creation of the personal luxury car segment, the Lincoln Continental marked the zenith of several designs in American automotive history. The Continental is the final American vehicle line with a factory-produced V12 engine (1948), the final four-door convertible (1967), and the final model line to undergo downsizing (for the 1980 model year).

Lincoln Continentals from 1939 to 1941 shared largely the same body design with each other; based on the Lincoln-Zephyr, the Continental received few updates from year to year.

For the 1942 model year, all Lincoln models were given squared-up fenders, and a revised grille. The result was a boxier, somewhat heavier look in keeping with then-current design trends, but perhaps less graceful in retrospect. 1942 production was shortened, following the entry of the United States into World War II; the attack on Pearl Harbor led to the suspension of production of automobiles for civilian use.

After World War II, the Lincoln division of Ford returned the Continental to production as a 1946 model; Lincoln dropped the Zephyr nomenclature following the war, so the postwar Continental was derived from the standard Lincoln (internally H-Series). To attract buyers, the design was refreshed with updated trim, distinguished by a new grille. For 1947, walnut wood trim was added to the interior.[7]

Following the death of Edsel Ford in 1943, Ford Motor Company re-organized its corporate management structure, which led to the 1946 departure of the Continental's designer Bob Gregorie. That year's Continental, the first postwar model, was designed by famed industrial stylist Raymond Loewy. 1948 would become the last year for the Continental, as the division sought to redevelop its new 1949 model line as an upgraded version of the Mercury; the expensive personal-luxury car no longer had a role at Lincoln.

The 1939–1948 Continental is recognized as a "Full Classic" by the Classic Car Club of America, one of the last-built cars to be so recognized. As of 2015, the 1948 Lincoln Continental and 1948 Lincoln were the last cars produced and sold by a major U.S. automaker with a V12 engine.[6]

The subject's vehicle is a 1948 Lincoln Continental Cabriolet. This vehicle has been under long term individual ownership since 1975. Subject vehicle is a driver quality example with some selective restoration and preservation work performed over the years.

The engine is a 292 cubic inch flathead V12 with single Holley carburetor. 3 spd manual transmission and shows 43,947 miles. Overall condition is rated at a  #3. Professional appraisal produced upon request.

Owner of the dealership passed away and we are selling his collection. call 1-800-762-8824 and ask for Dirk, Mansfield Motor Group, Mansfield Ohio  MMGauto.com Additional pictures will be posted as available. 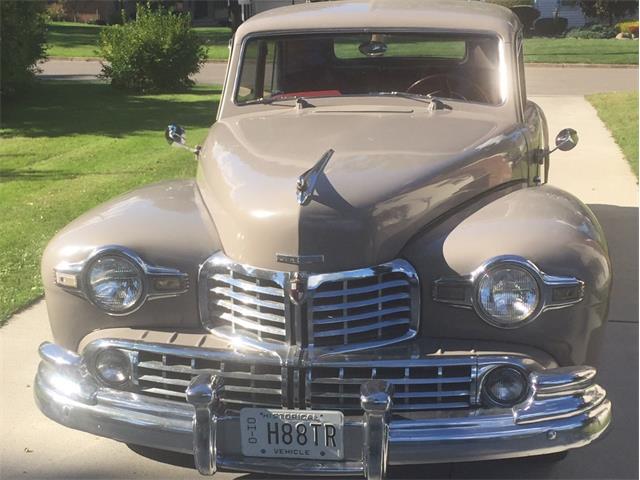 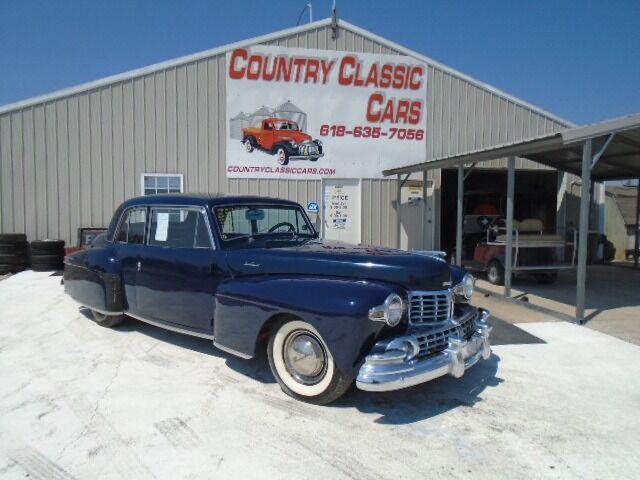 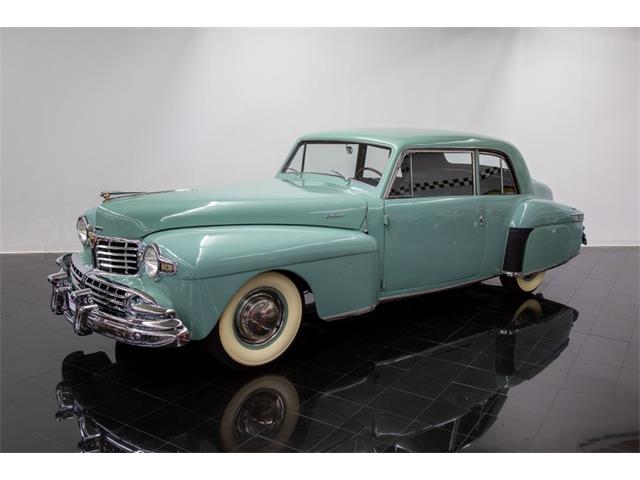 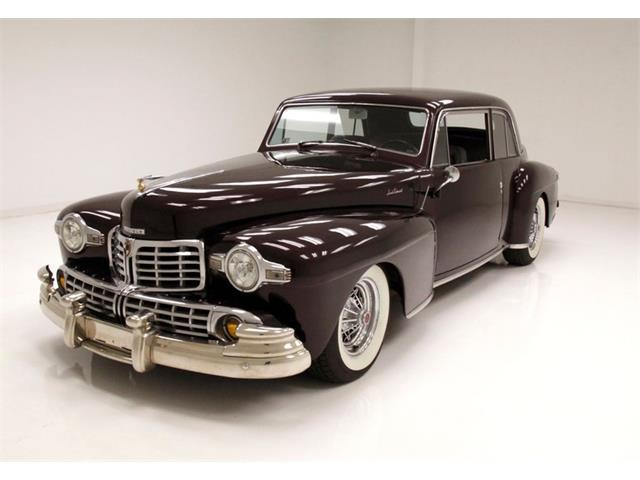