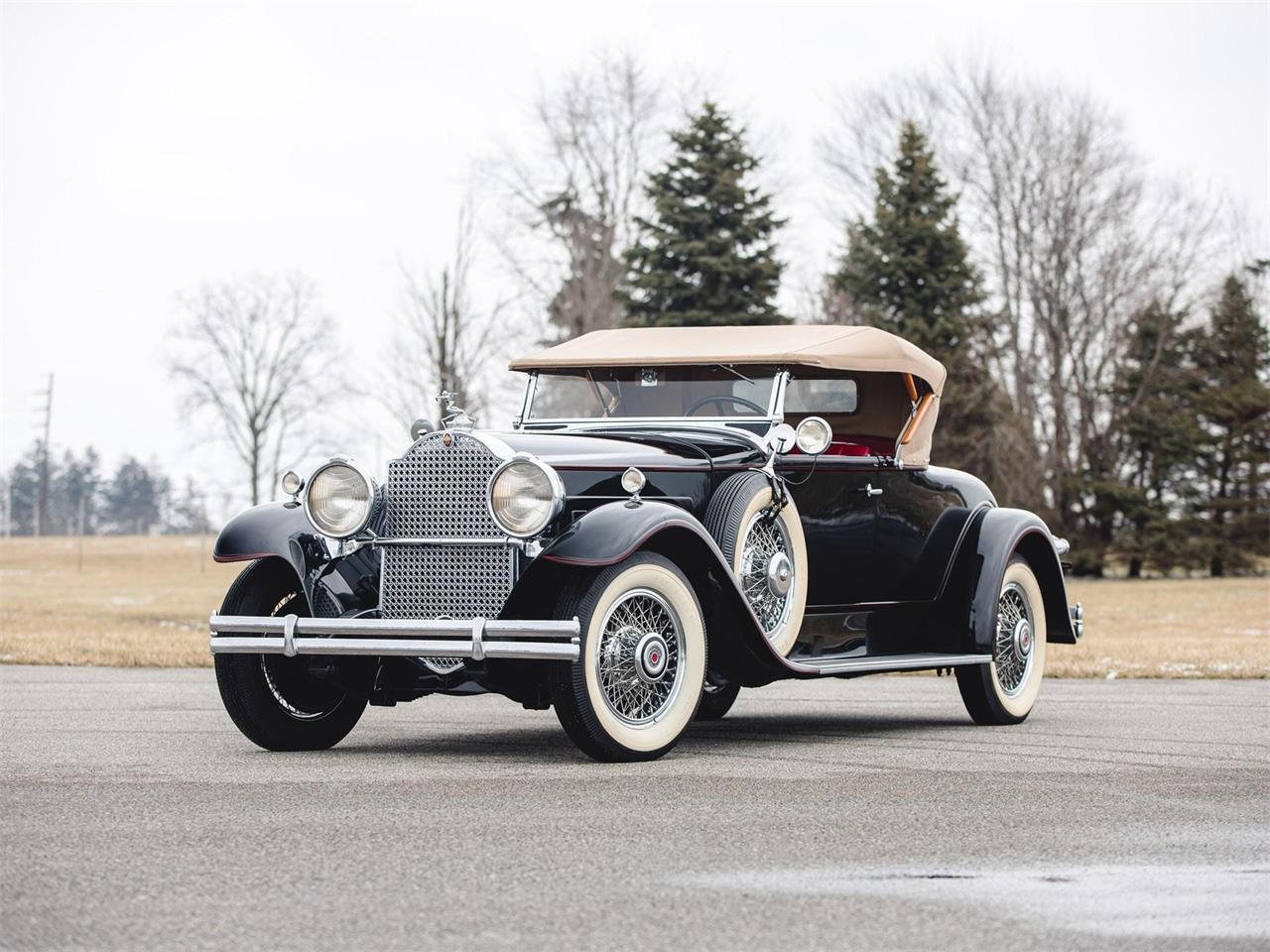 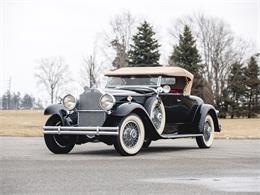 The Packard Eight was a luxury automobile produced by Packard between 1930 and 1936[1], and was a progression from the earlier Packard Six which was first introduced in 1913.[2]

The Packard Speedster Eight Model 734 was a sporty passenger car line by the Packard Motor Car Company offered for the 1930 model year (7th series) only. Based on a heavily modified Standard Eight (733) chassis, it got smaller and narrower coachwork. The 734 straight eight engine is derived from the 740 Custom Eight's. It differs in valve and manifold revisions, a dual updraft carburetor, a vacuum booster pump and a ribbed exhaust manifold. The engine delivers 145 HP (740: 106 HP) without increase in bore or stroke, which remain at 3½ x 5 in.

Speedster Eights have four instead of three speeds, and the customer could choose from several rear end ratios at no extra cost. 734 models have their parking lights mounted on the fenders, not on the body like Standard Eights. They also feature senior car's hoods with for ventilation door. Only 117 cars were built.

The subject vehicle is a 1930 Packard Custom Eight 740 Roadster. Engine is a 385ci I-8 I-head 106hp with 4 speed manual transmission. Mileage shows 1,852 miles since restoration.  Overall condition is rated at # 2 with professional appraisal available upon request. The body was designed by Detrich, but built by Packard. 1st year four-speed transmission. There was no known history able to be discovered about this example, which was acquired by its current owner in September, 2006. The example is outfitted with optional (on 740’s) dual side-mounts. This example is believed to be one of an estimated 11 examples remaining, although records do not exist that break down 740 production by type. The subject vehicle appears to be an older restoration, which is mellowing somewhat but still shows very nicely throughout.

The engine area shows very nicely throughout, with only limited signs of aging and use.

Chassis is generally clean and well kept, with limited signs of age and use observed. Tires are Firestone 6.50-19 tires on chrome wire wheels that show some light patina. Professional appraisal offered upon request. Additional pictures to be posted as available.