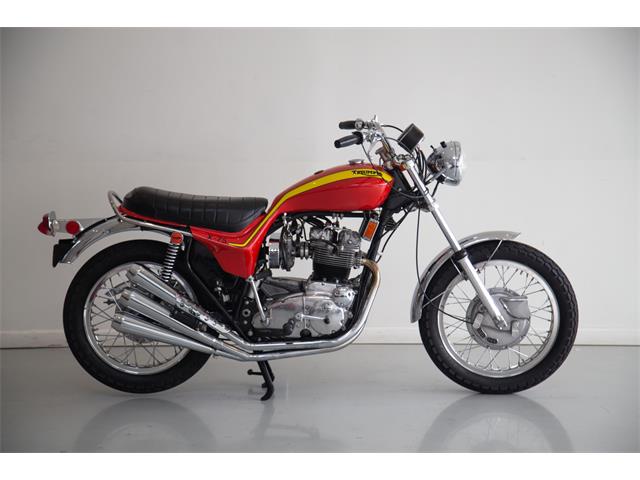 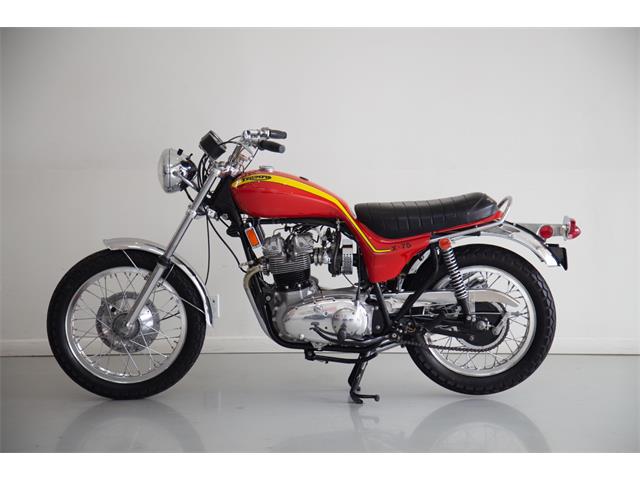 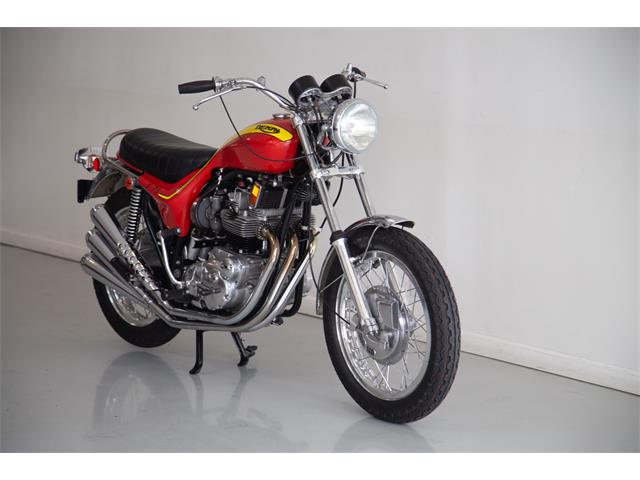 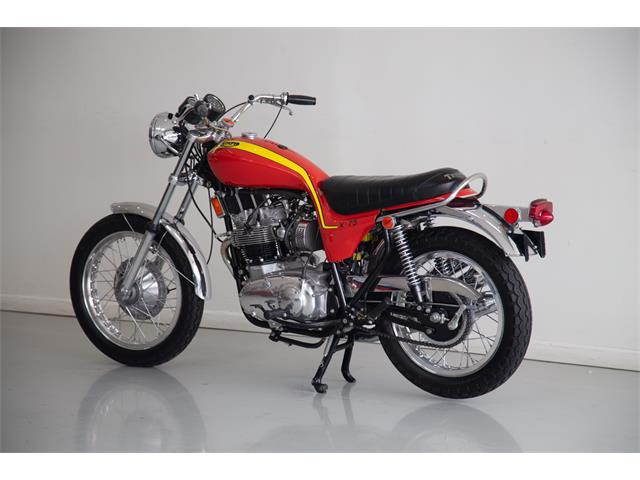 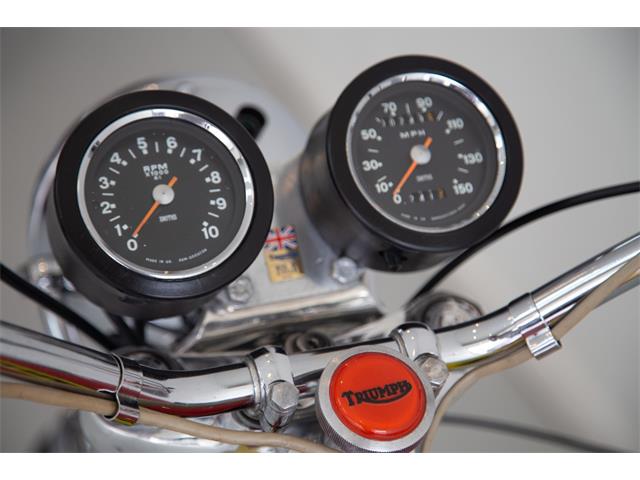 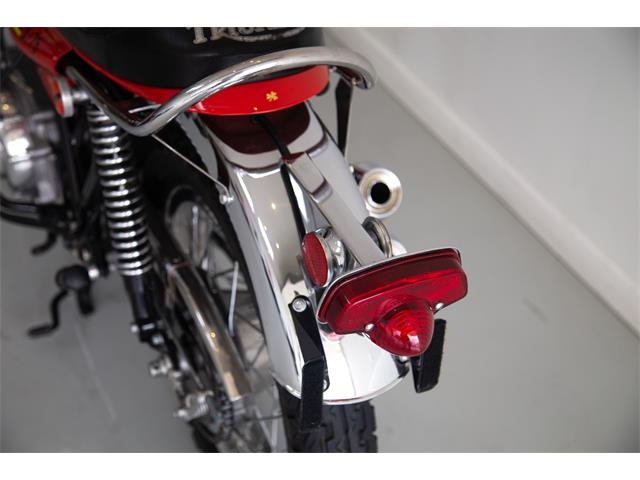 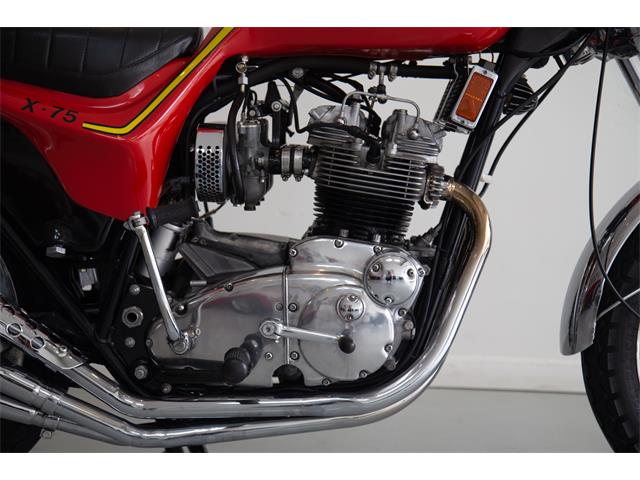 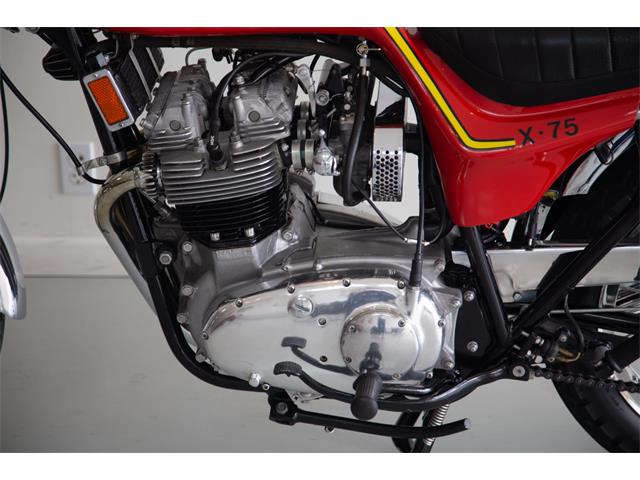 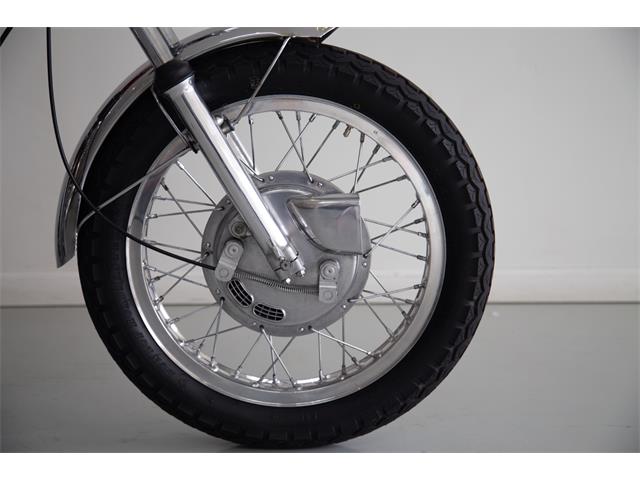 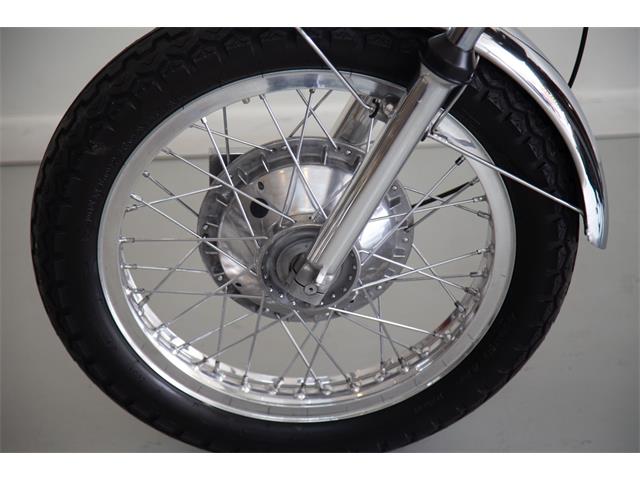 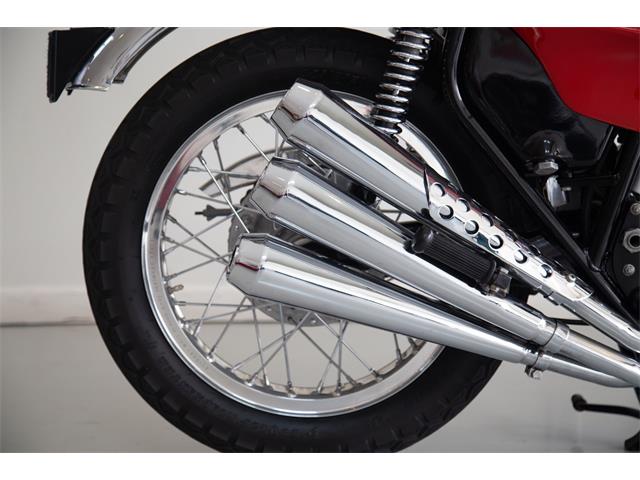 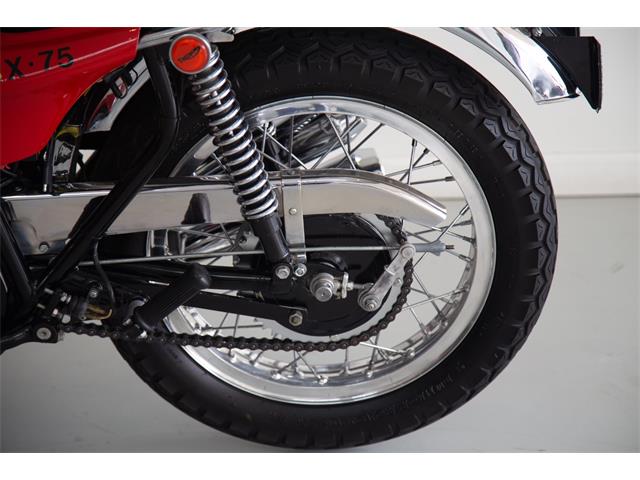 Selling now to Bob Johnson in Salem, Oregon. Johnson then moves to Dallas, Texas, and has the bike restored in 1991 by Big D Cycles. Acquired by its present owner from Big D Cycles in 2010.

The idea for the Hurricane Triple came from Don Brown, Vice President of BSA Groups USA Eastern facility. He commissioned Craig Vetter to do a redesign of the existing BSA Rocket 3. His redesign included a modified cylinder head and cooling fins, extended front forks and new fuel tank. It was then presented to the top Brass in England. Put into production as the Triumph XR75, it was a unique early 1970’s USA styling influence, part cruiser, part super bike.

BSA-Triumph hired road racers Yvon du Hamel, Dick Mann, and Ray Hempstead to ride the bike at Daytona, where they set numerous speed and distance records certified by the AMA.