For Sale at Auction: 1957 Alfa Romeo Giulietta in Monterey, California 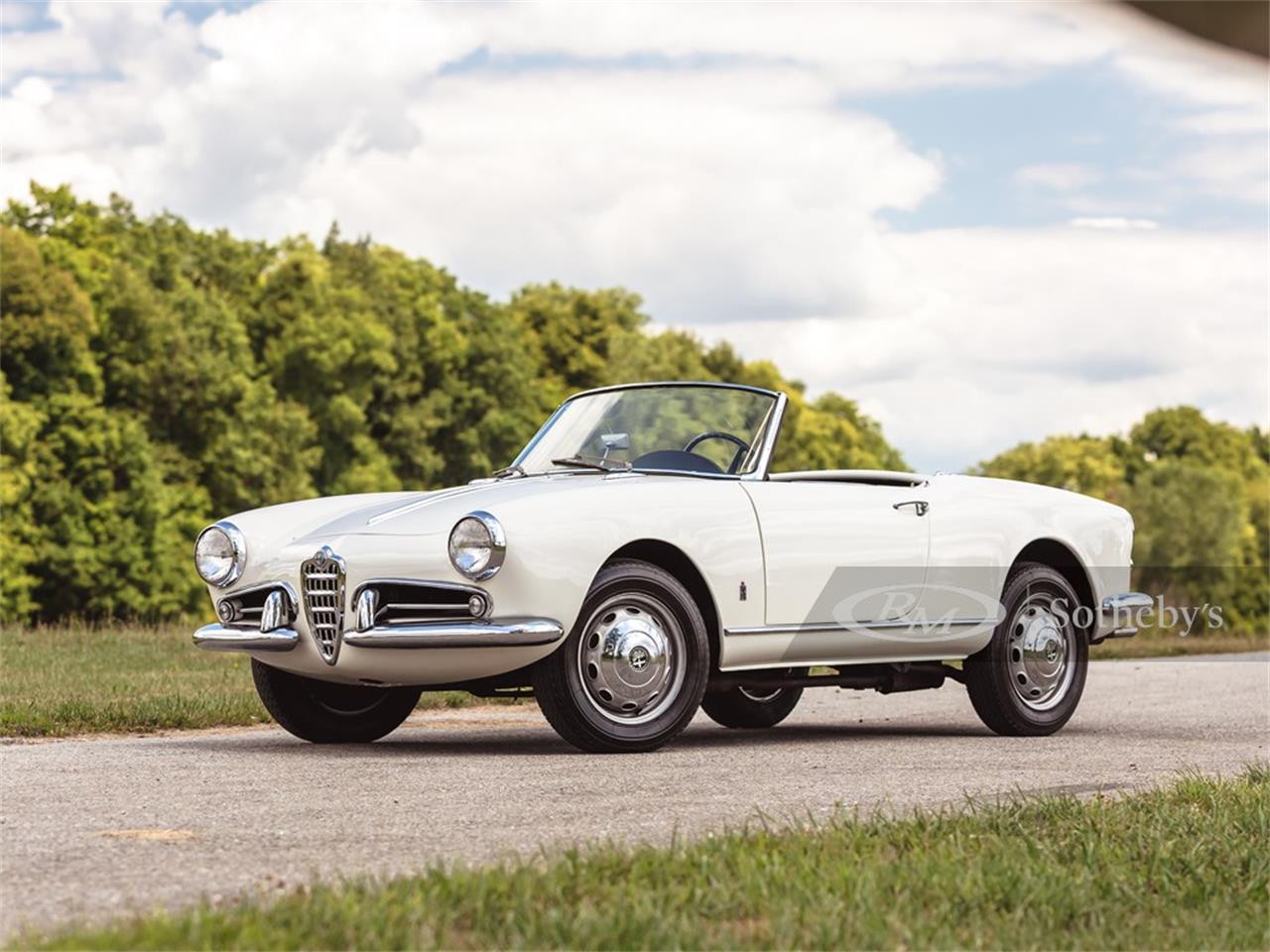 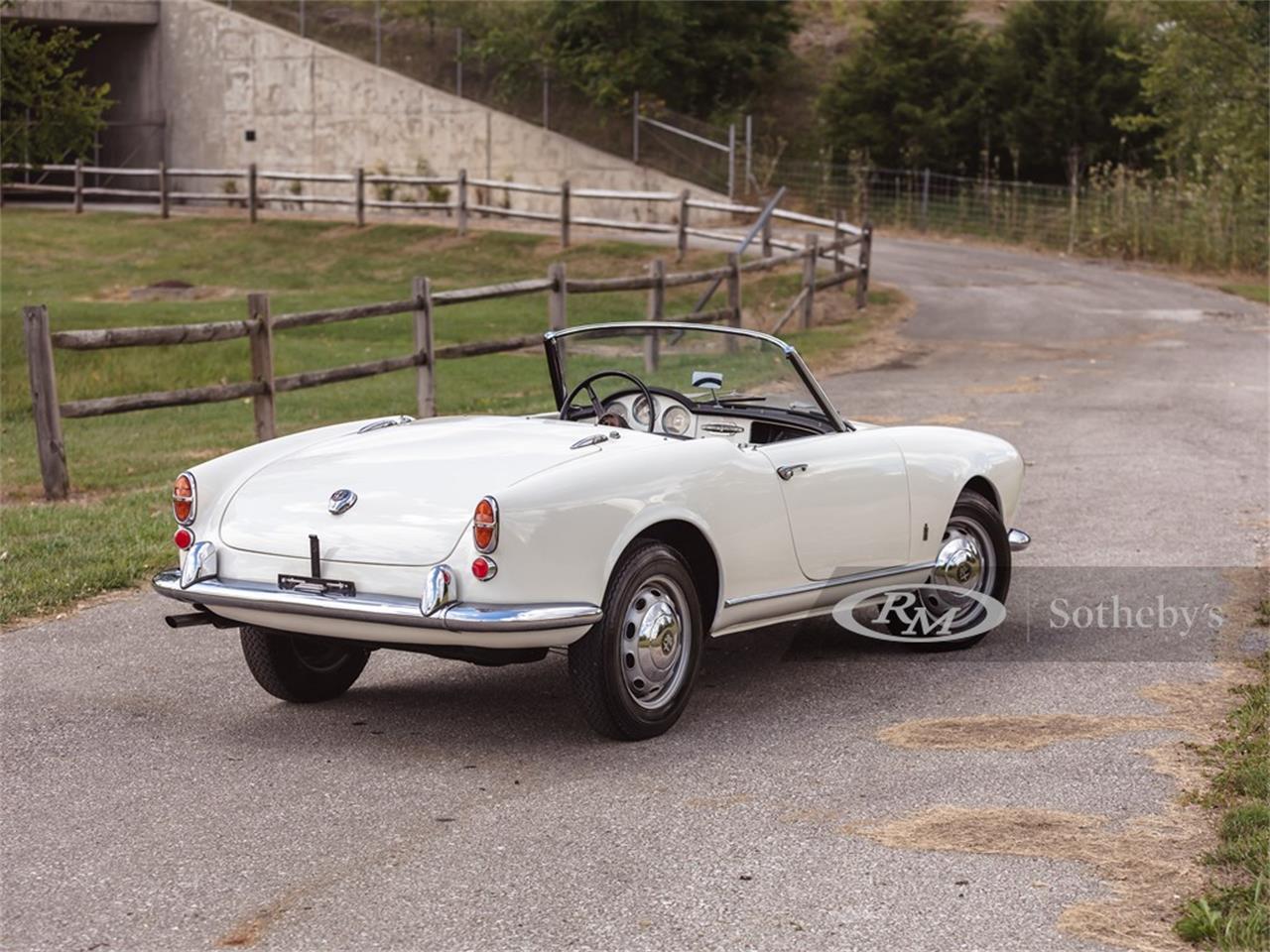 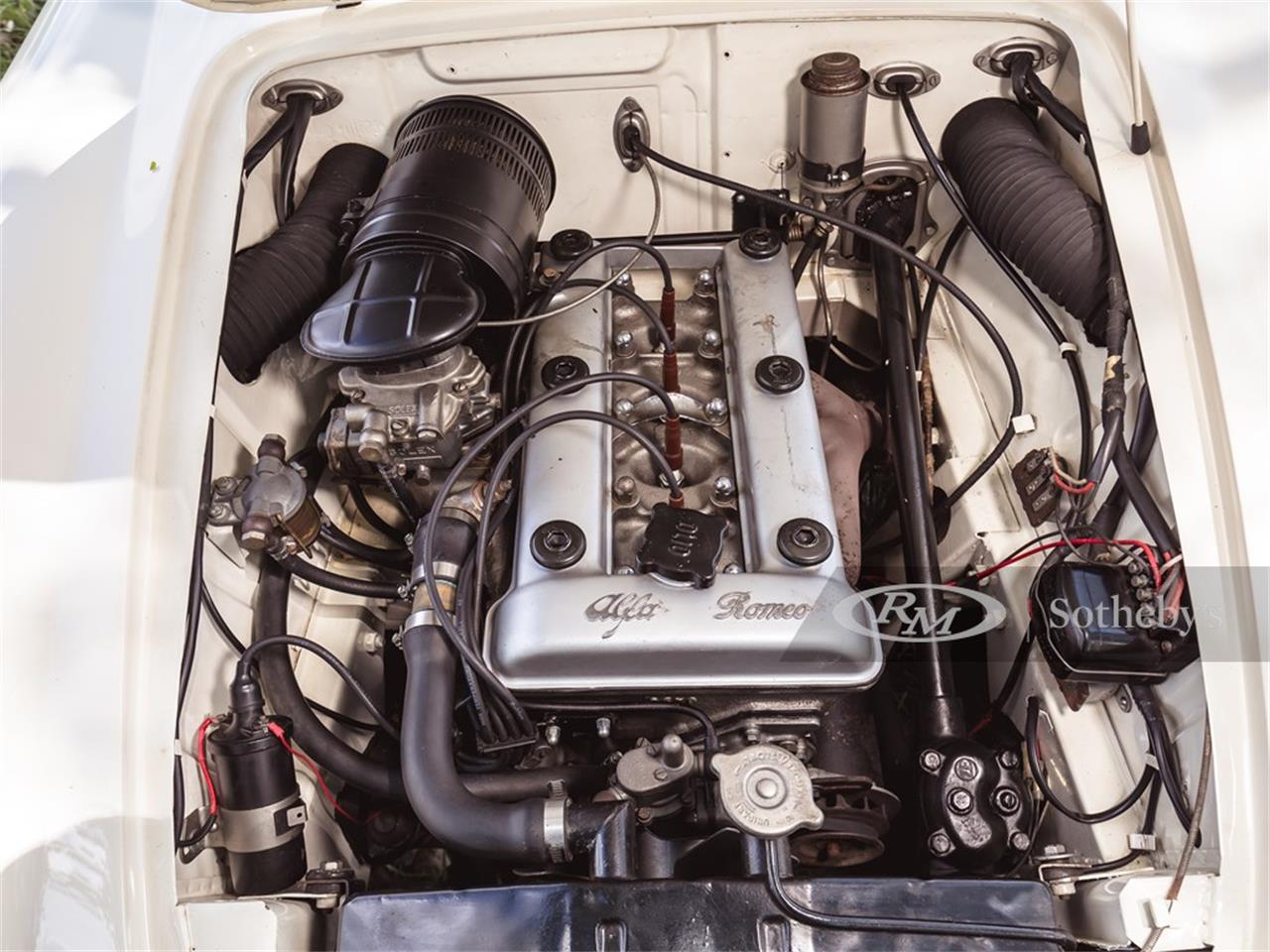 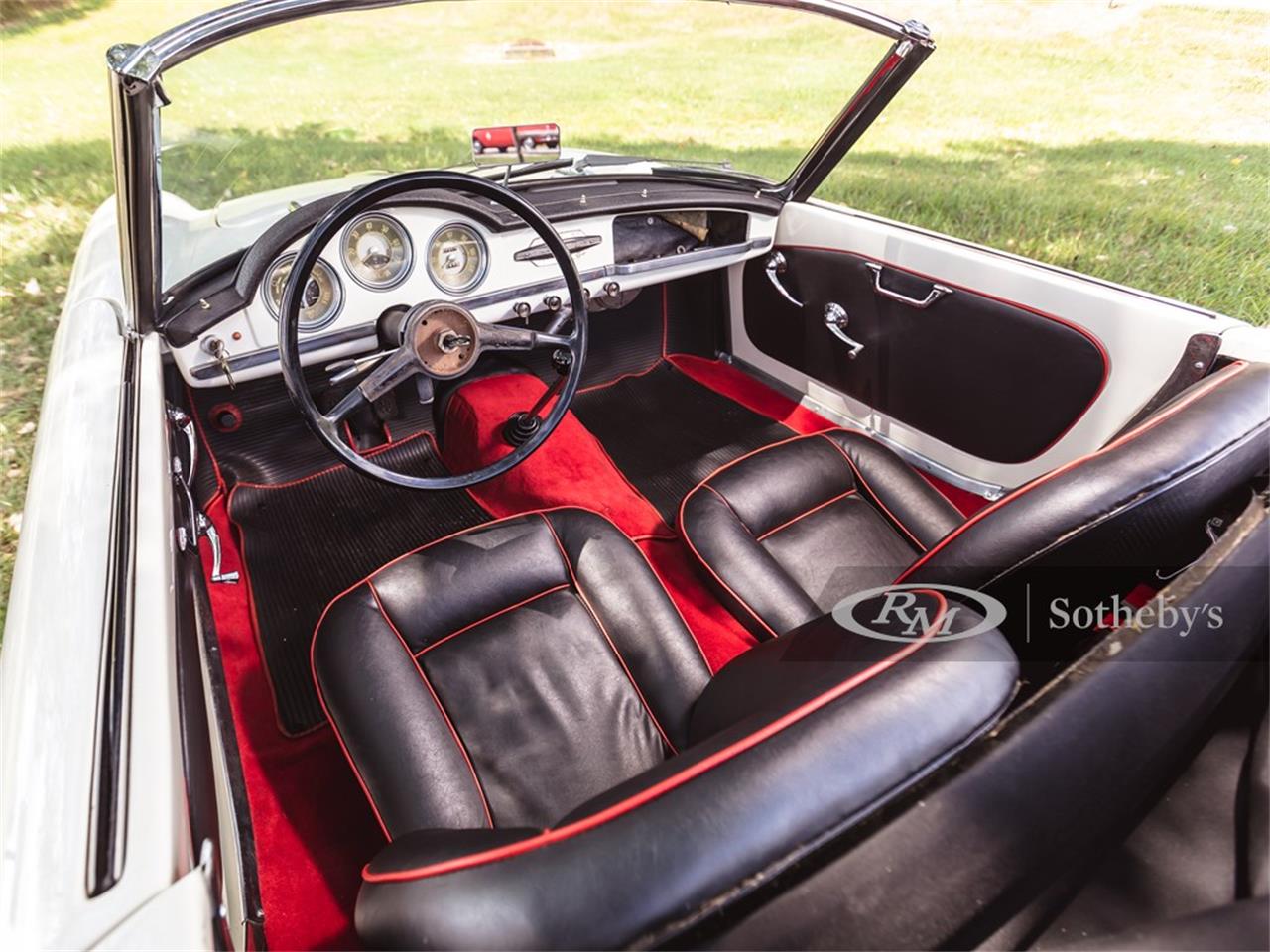 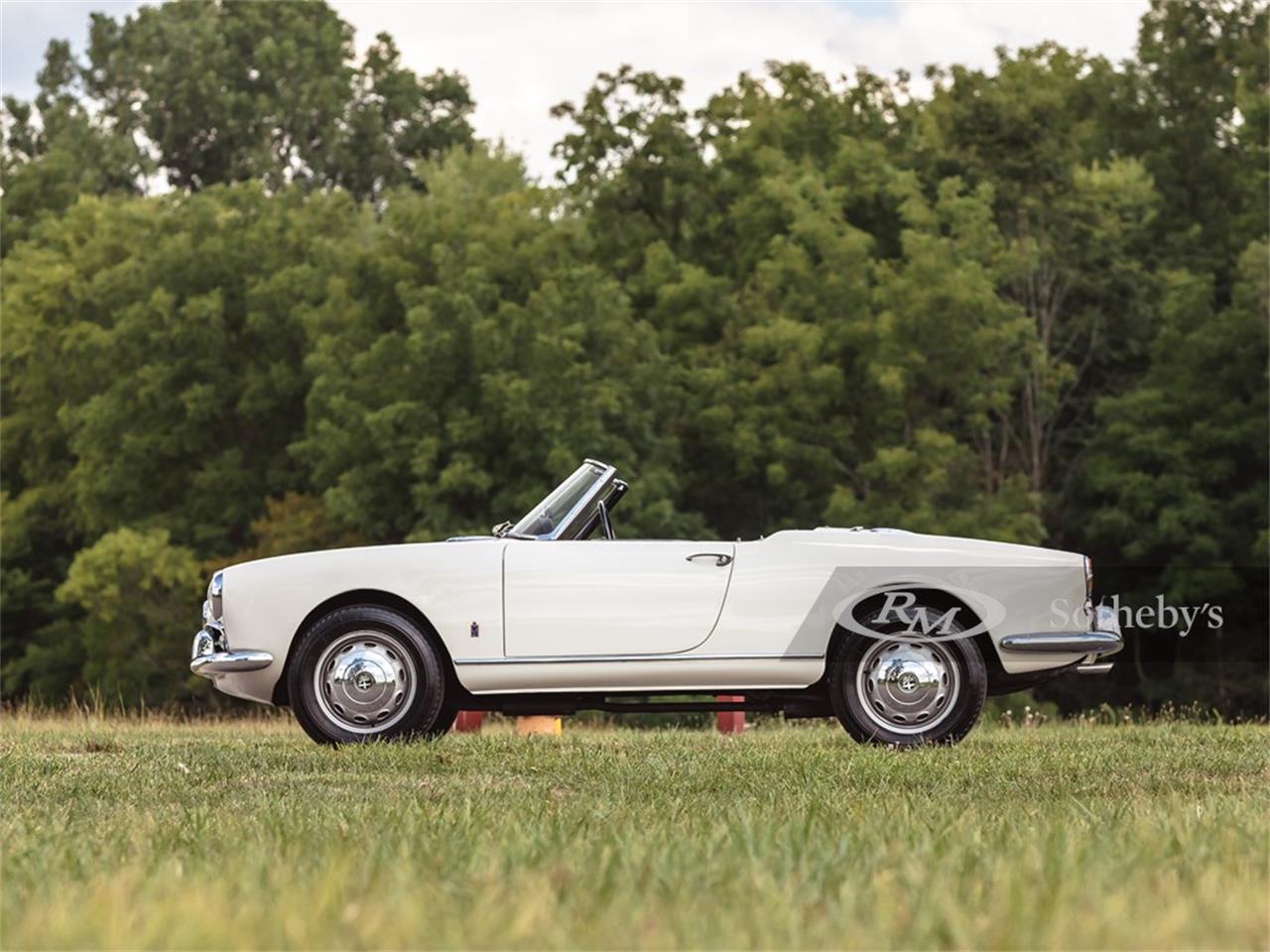 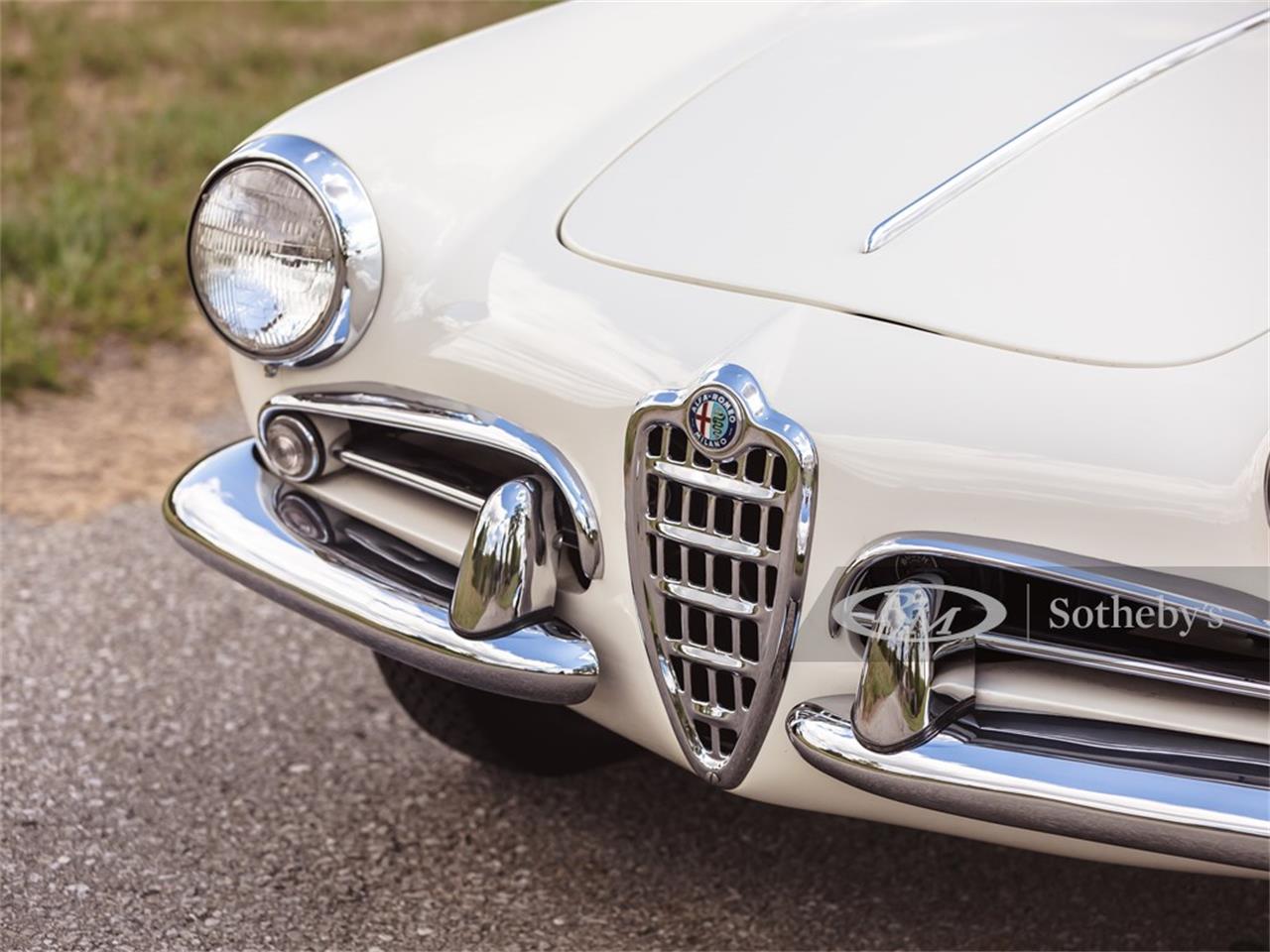 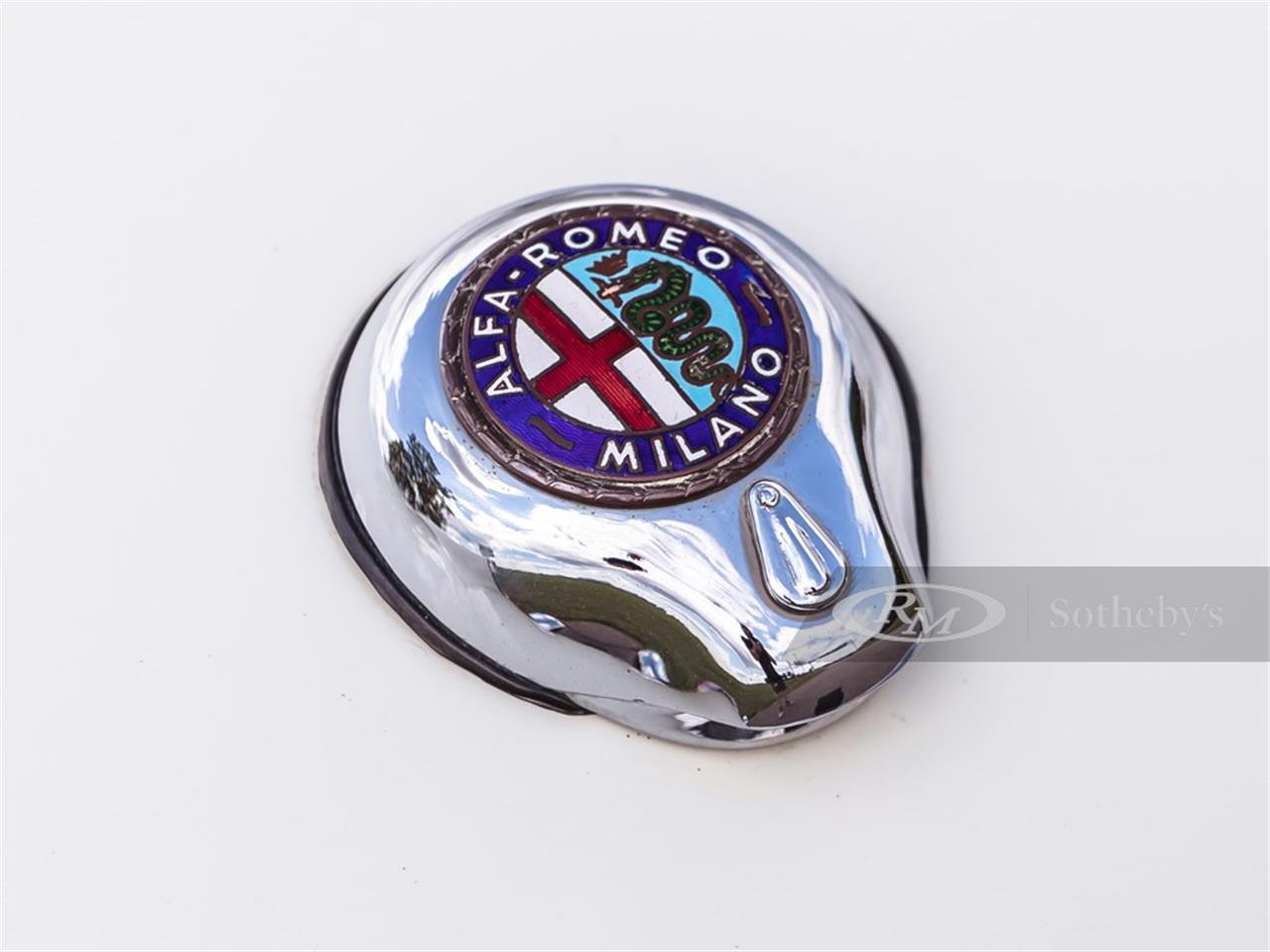 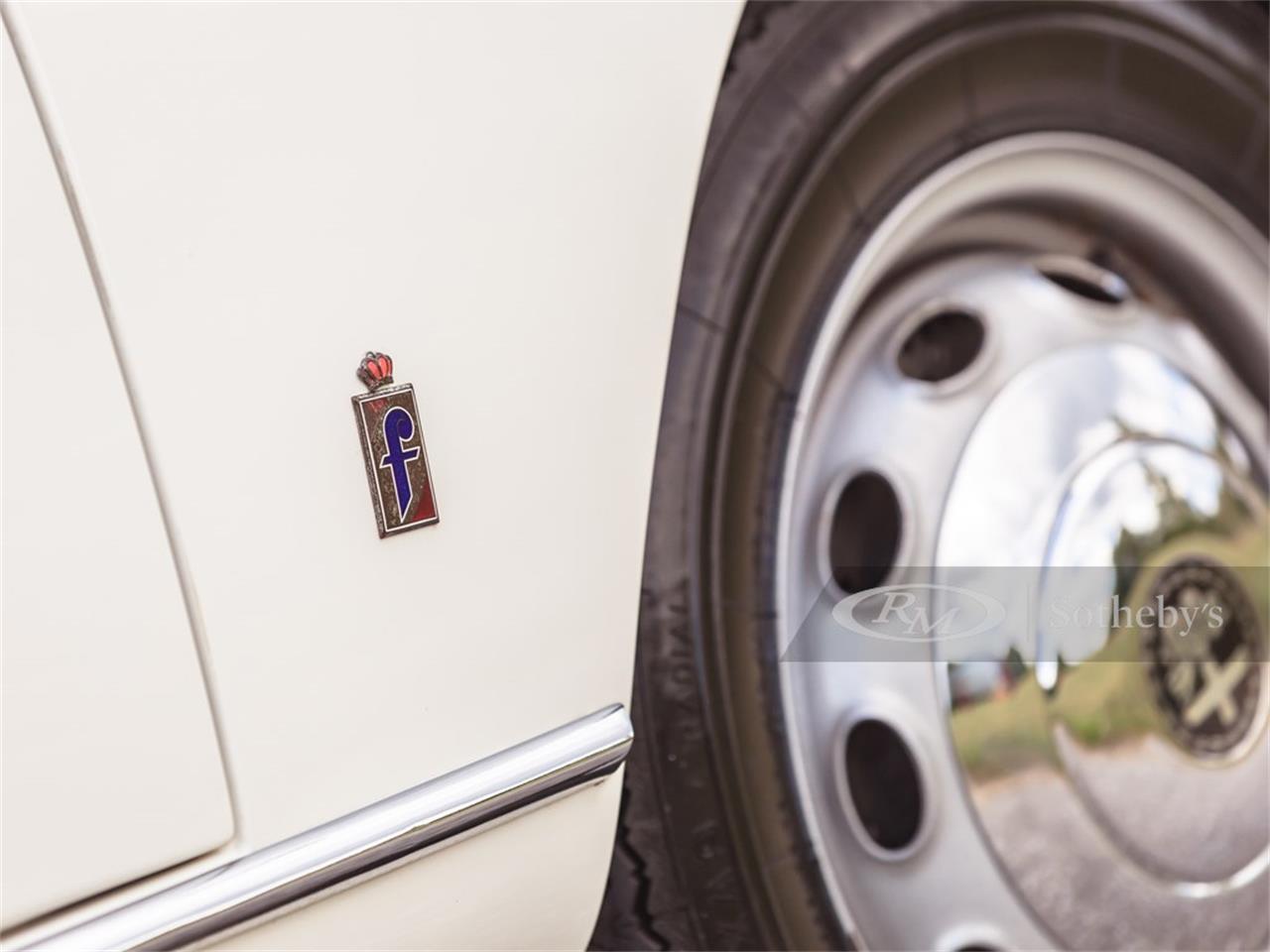 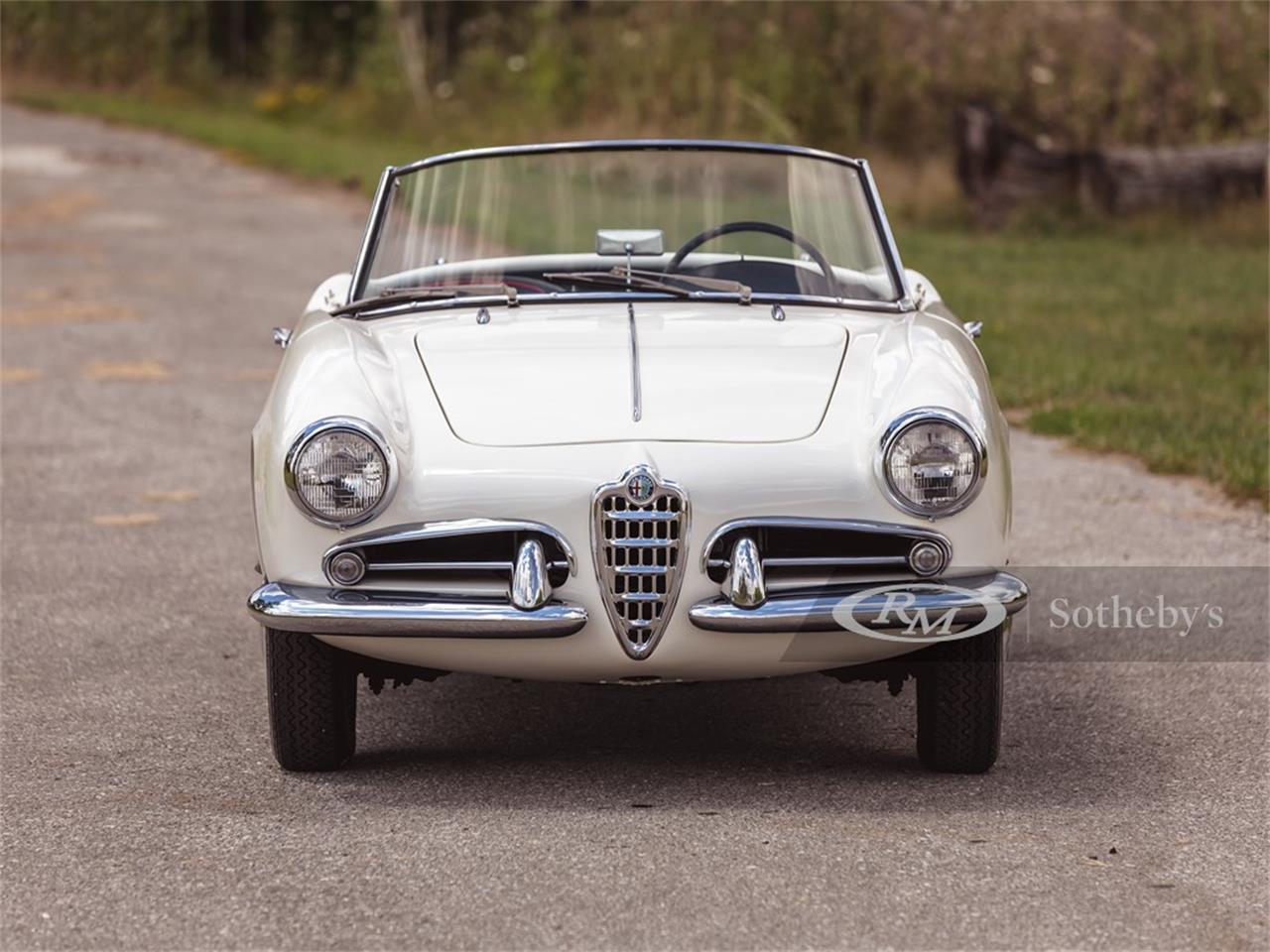 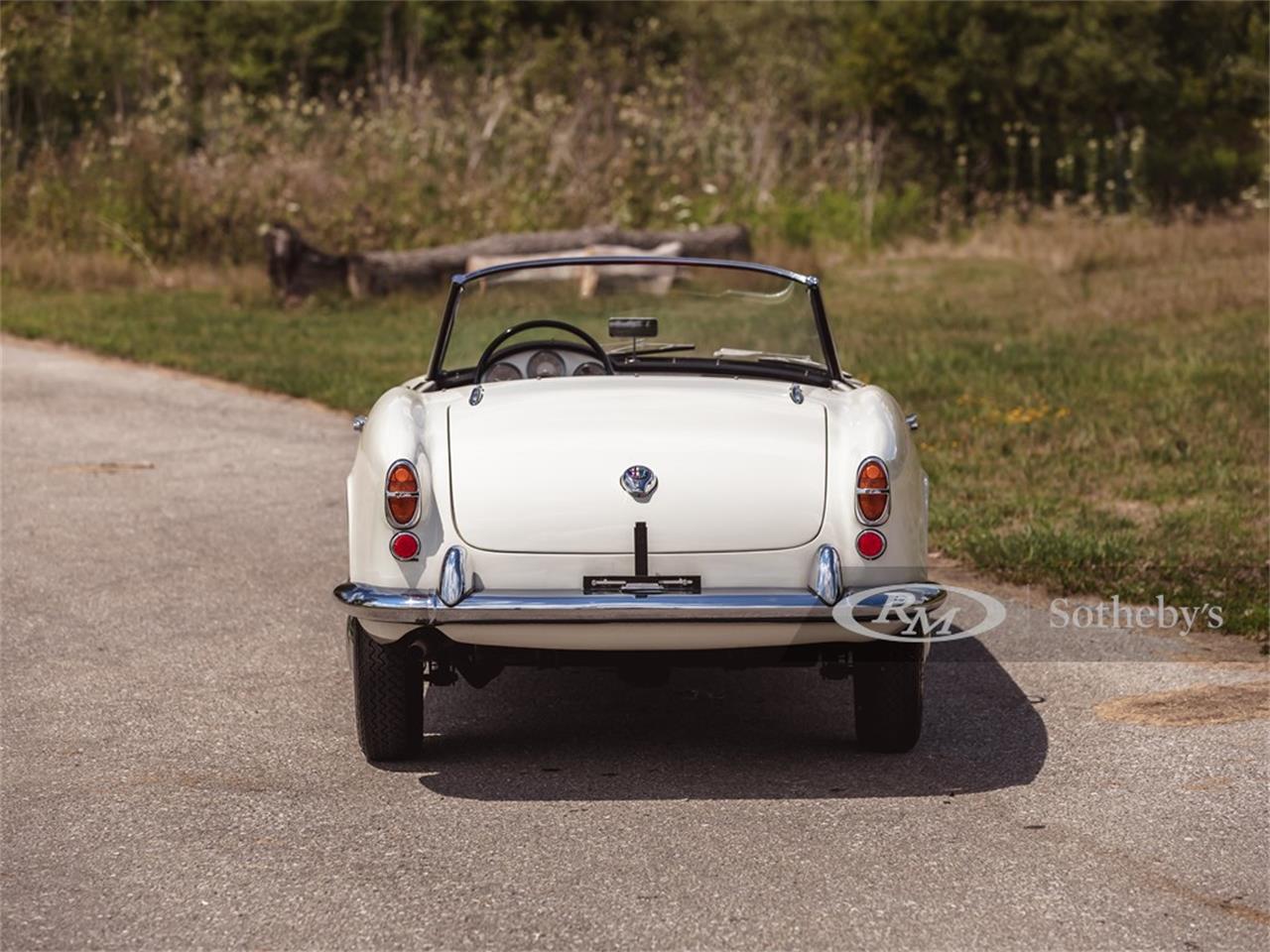 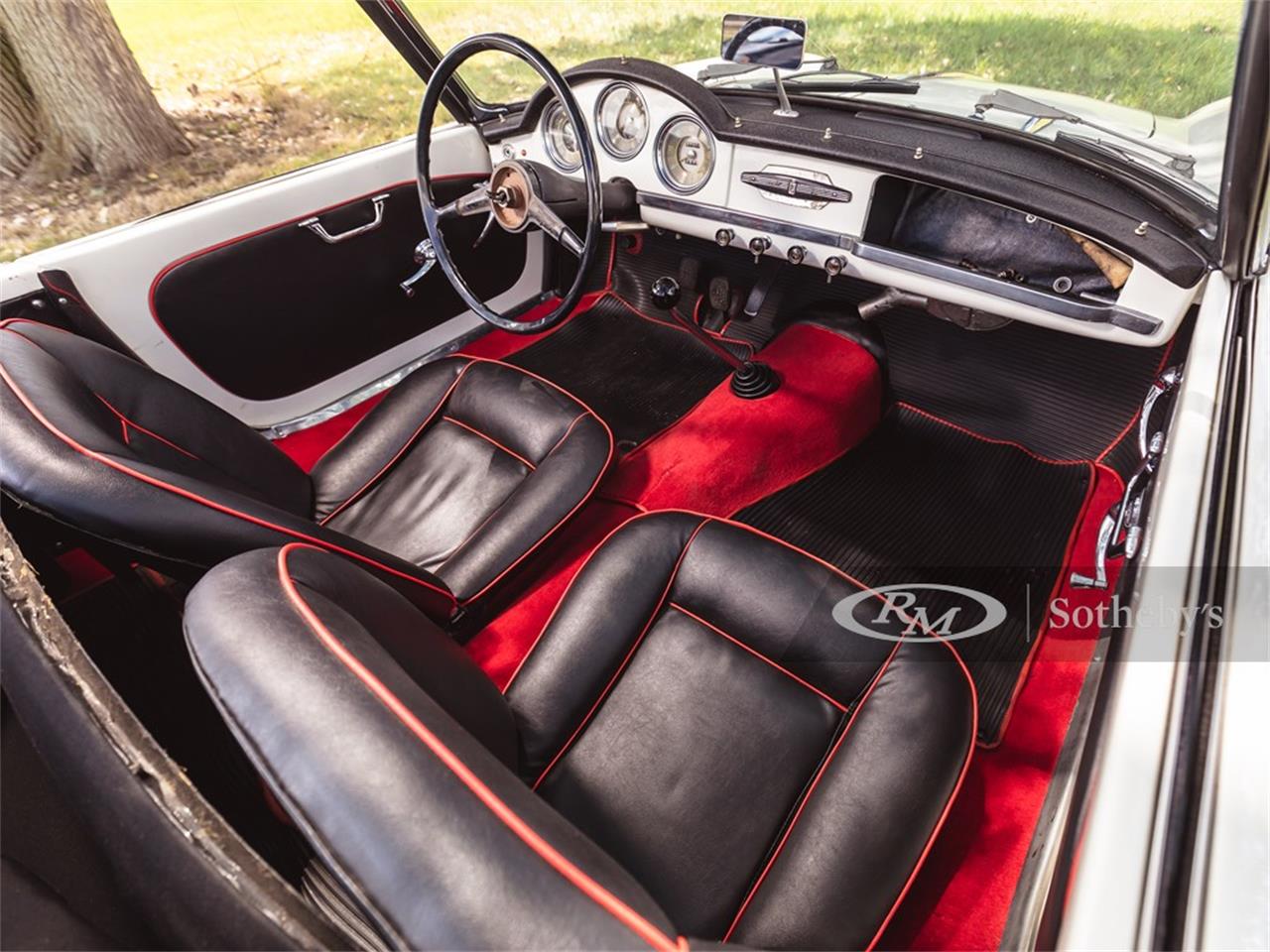 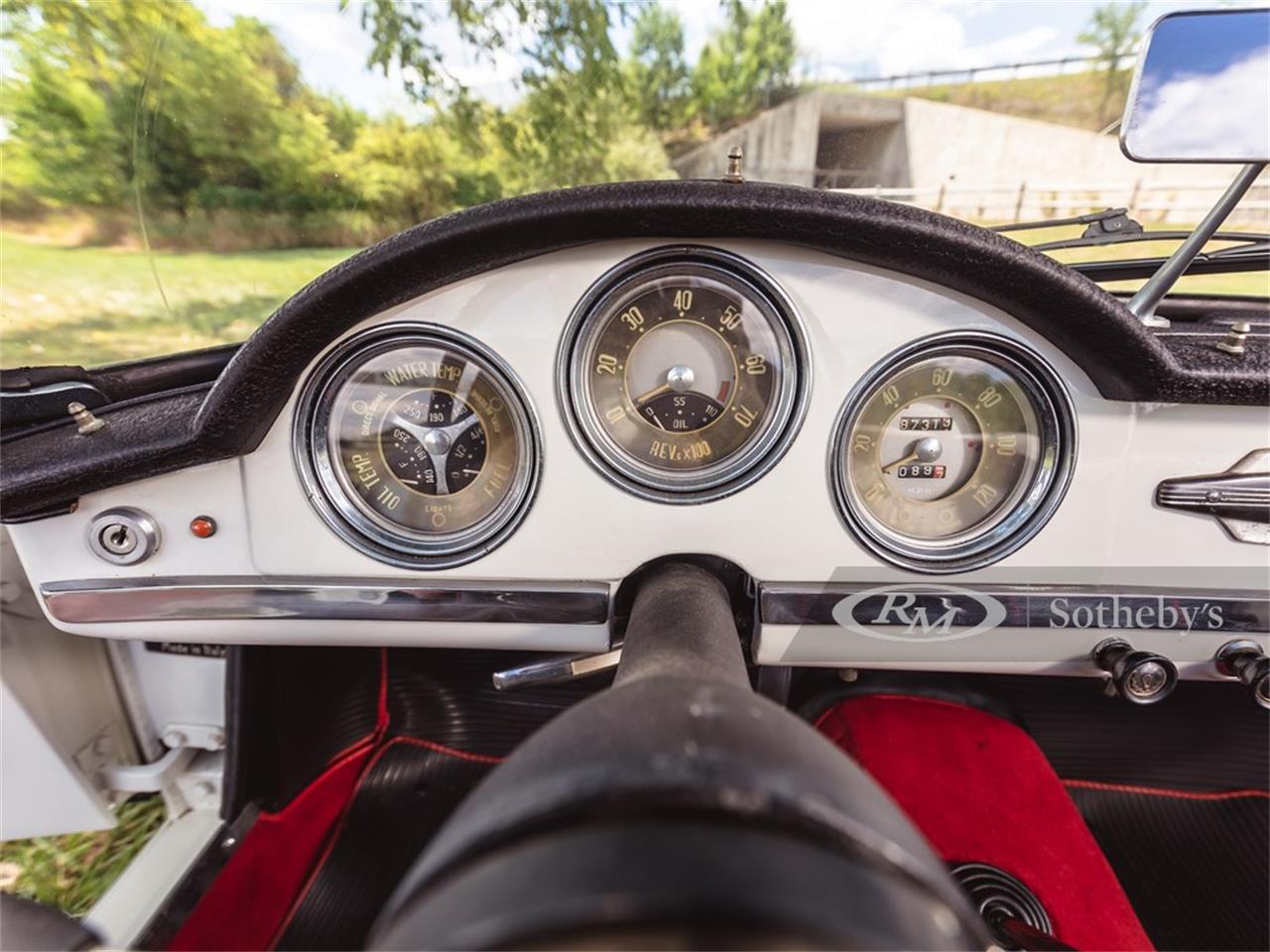 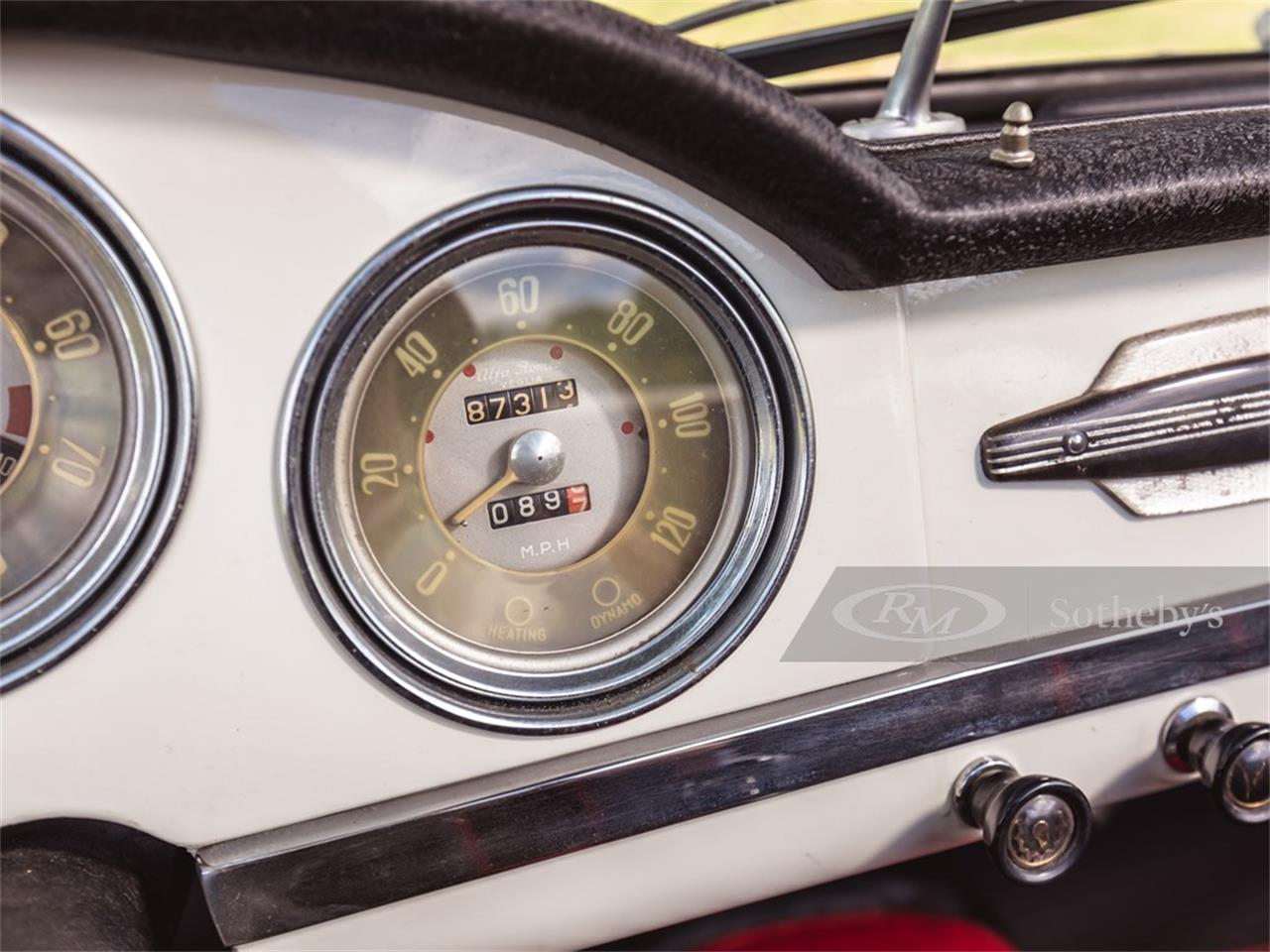 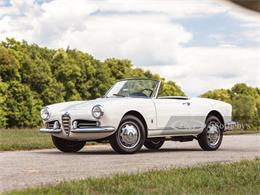 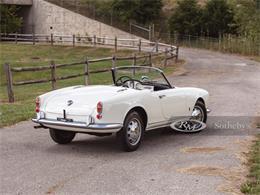 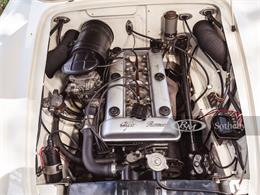 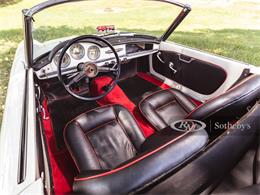 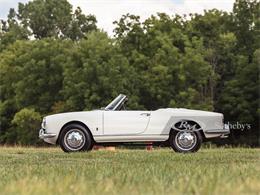 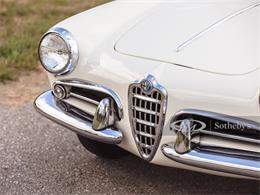 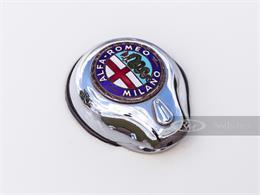 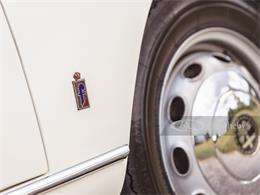 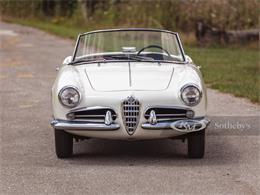 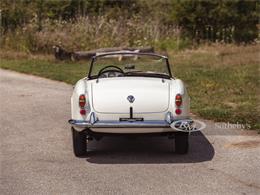 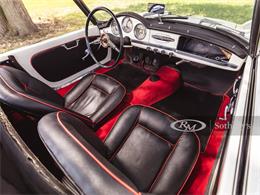 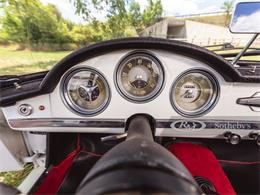 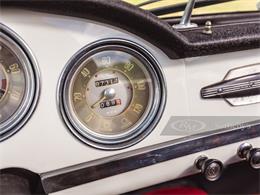 By the dawn of the 1950s, Alfa Romeo looked little like its prewar self. Ferocious engines and body-on frame designs were on their way out; they were replaced with a sophisticated twin-cam four cylinder and the brand's first forays into monocoque construction. Yet despite a push toward the mainstream, which was necessitated by a changed economic climate in Europe, Alfa Romeo continued to possess the same spirit that had guided it to numerous grand prix victories prior to World War II.

Alfa Romeo's new small-car lineup arrived to much fanfare in 1954 with the introduction of the stately Giulietta Sprint coupe. The next year, a sedan, or berlina, version debuted. But the automotive world was turned on its end a few months later, when the Pinin Farina-designed Giulietta spider was unveiled mid-1955. Styled by Pinin Farina, the appealing spider was built on a slightly shorter wheelbase. The Italian marque's Twin Cam inline four-cylinder engine was downsized to 1.3 liters for the 750-series Giulietta and used an alloy cylinder block and Solex carburetor.

The Giulietta spider would eventually be replaced by the Giulia spider, although the name change was not accompanied by a full-scale redesign. As a result, the spider's basic look continued for almost a decade before being replaced by the Duetto-a testament to Pinin Farina's work.

This 1957 Giulietta 750D is now offered from the collection of noted enthusiast Dr. Raymond Boniface. The 1,623rd Giulietta spider produced, this well cared-for driver is currently presented in Bianco over a reupholstered red and black vinyl cockpit. Acquired by Dr. Boniface in 1978, the chassis' original Rosso Alfa exterior was refinished in 2000-a clear effort to replicate the look of his first Alfa Romeo, a 1955 Giulietta purchased new from Max Hoffman's New York City showroom. Many correct details and finishes can be found throughout; the interior features the proper shift knob, steering wheel, gauges, switchgear, and Pinin Farina radio-delete plate, while a set of fitted vinyl Alfa Romeo mats protect the red wool carpet.

The Giulietta's combination of a rev-happy engine, fine handling, a responsive chassis, and good brakes made the spider a driver's car par excellence-arguably superior in driving dynamics when compared with its primary competitors, Porsche's 356 cabriolet and Speedster. These timelessly styled Italian beauties continue to attract discerning enthusiasts today and are a preferred choice for vintage rallies and events.To view this car and others currently consigned to this auction, please visit the RM website at rmsothebys.com/en/auctions/mo20. 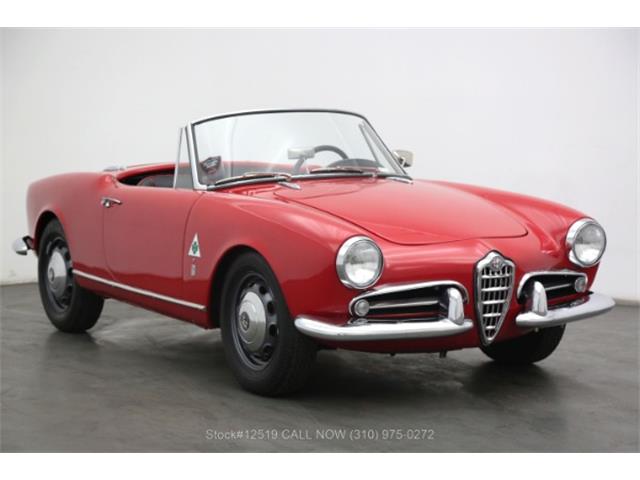 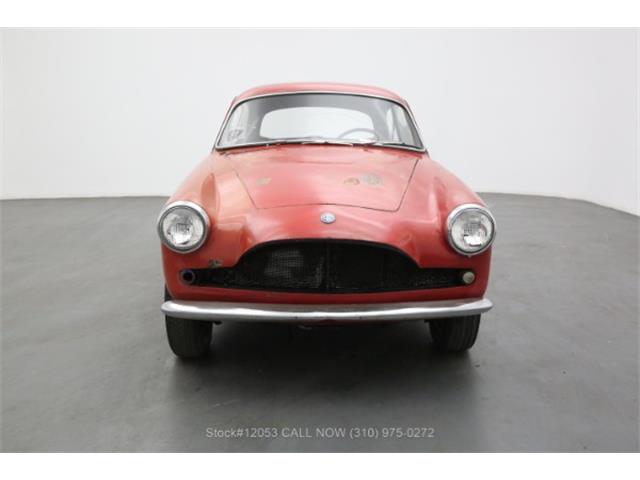