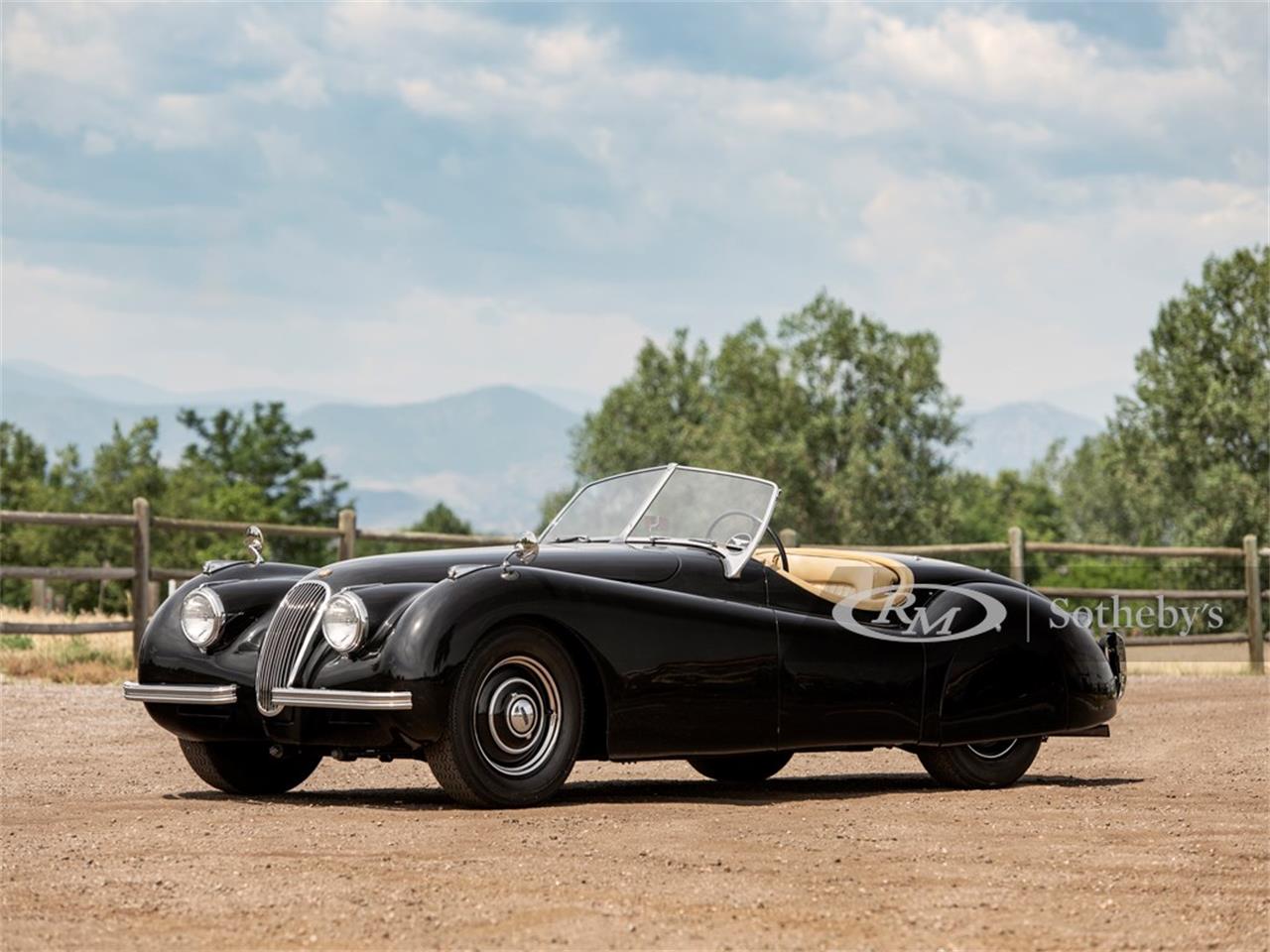 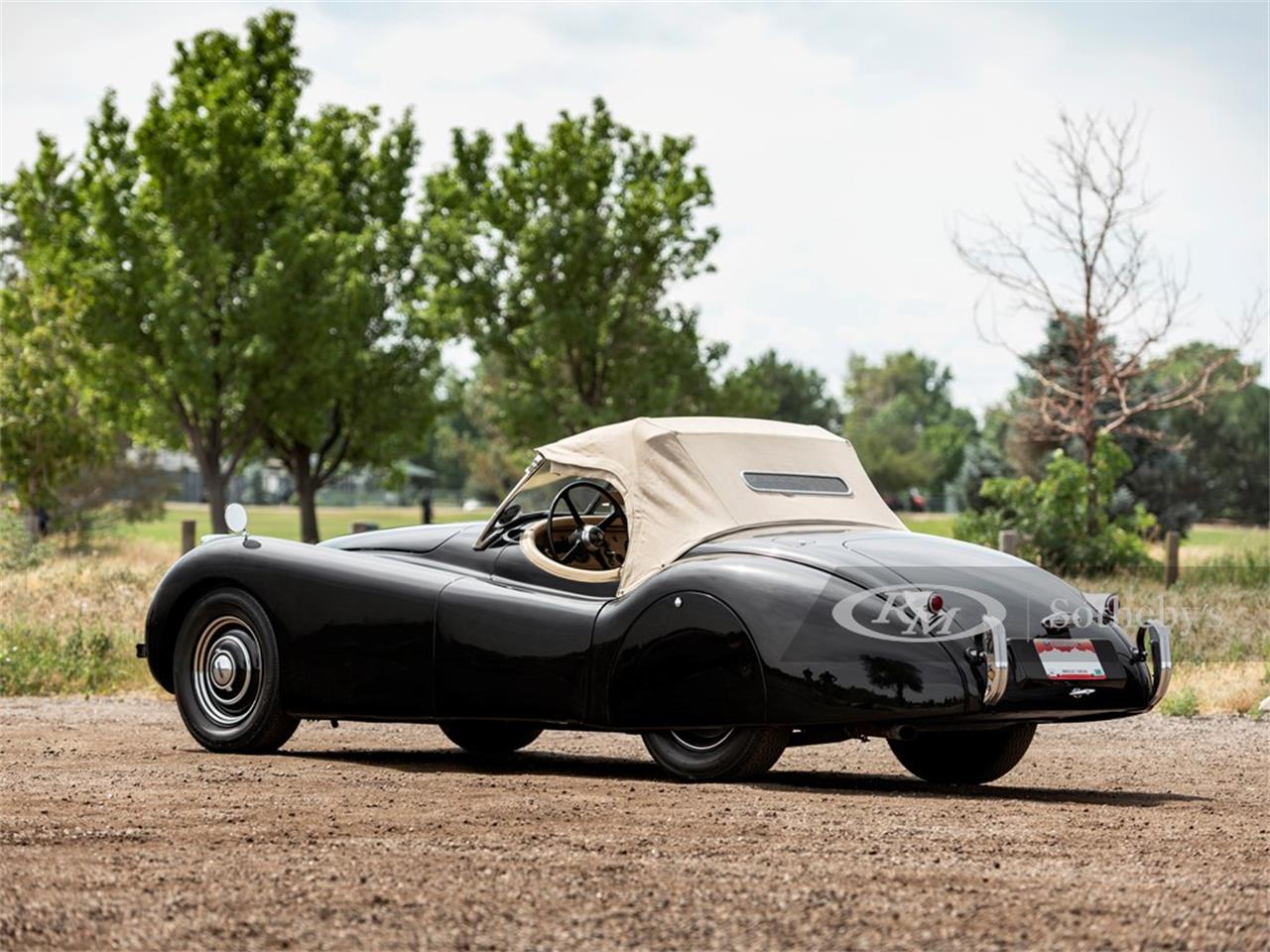 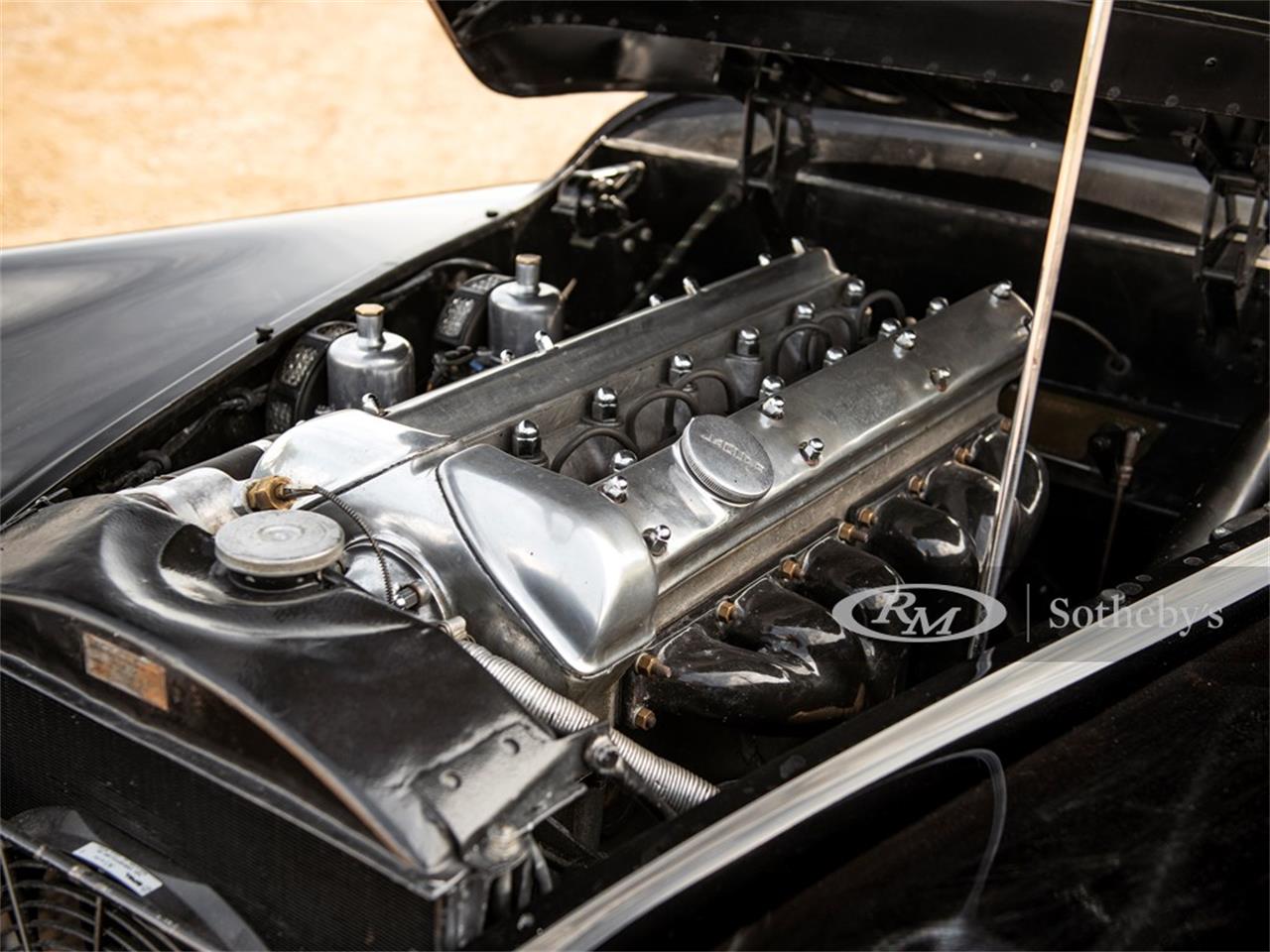 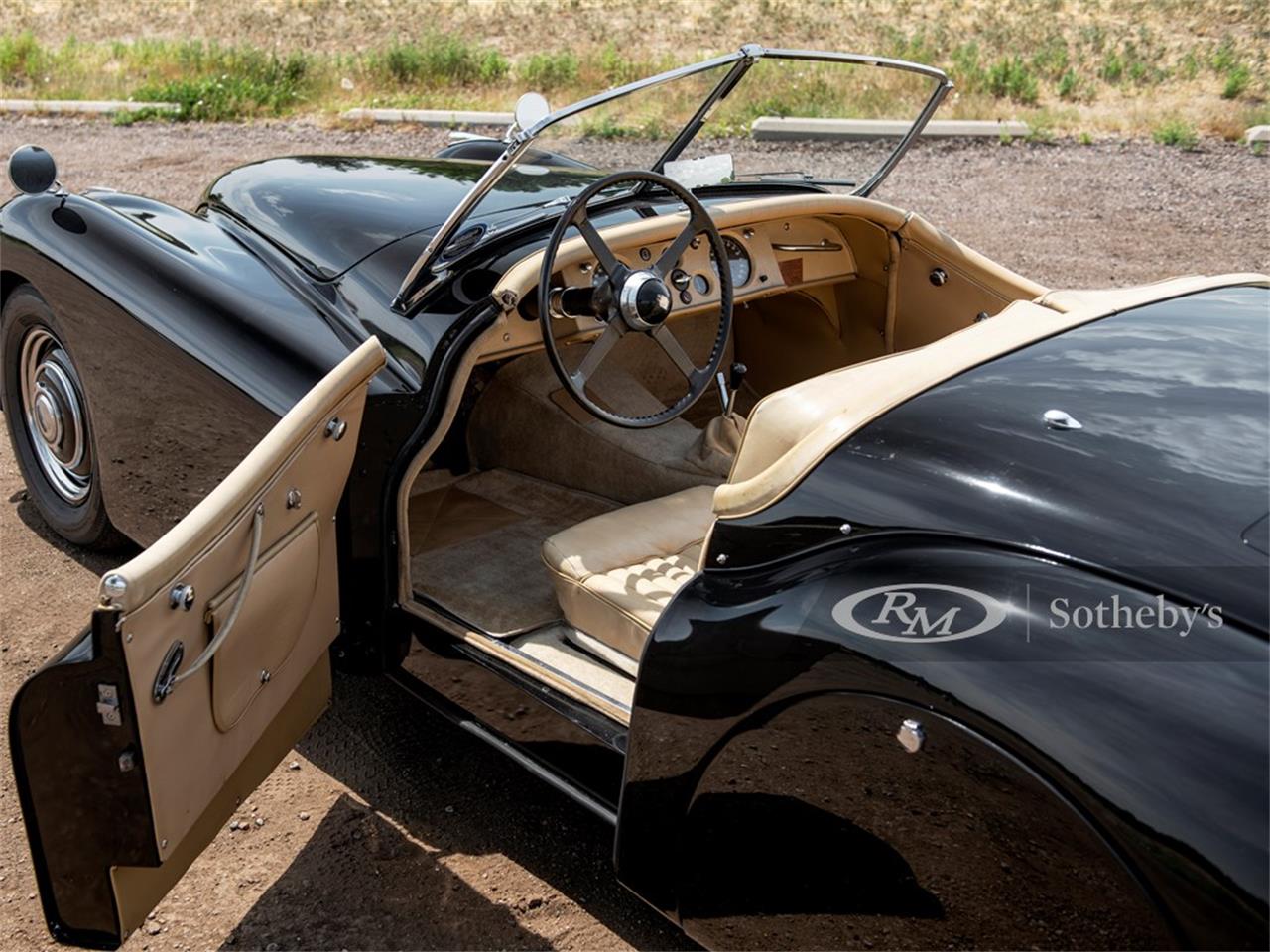 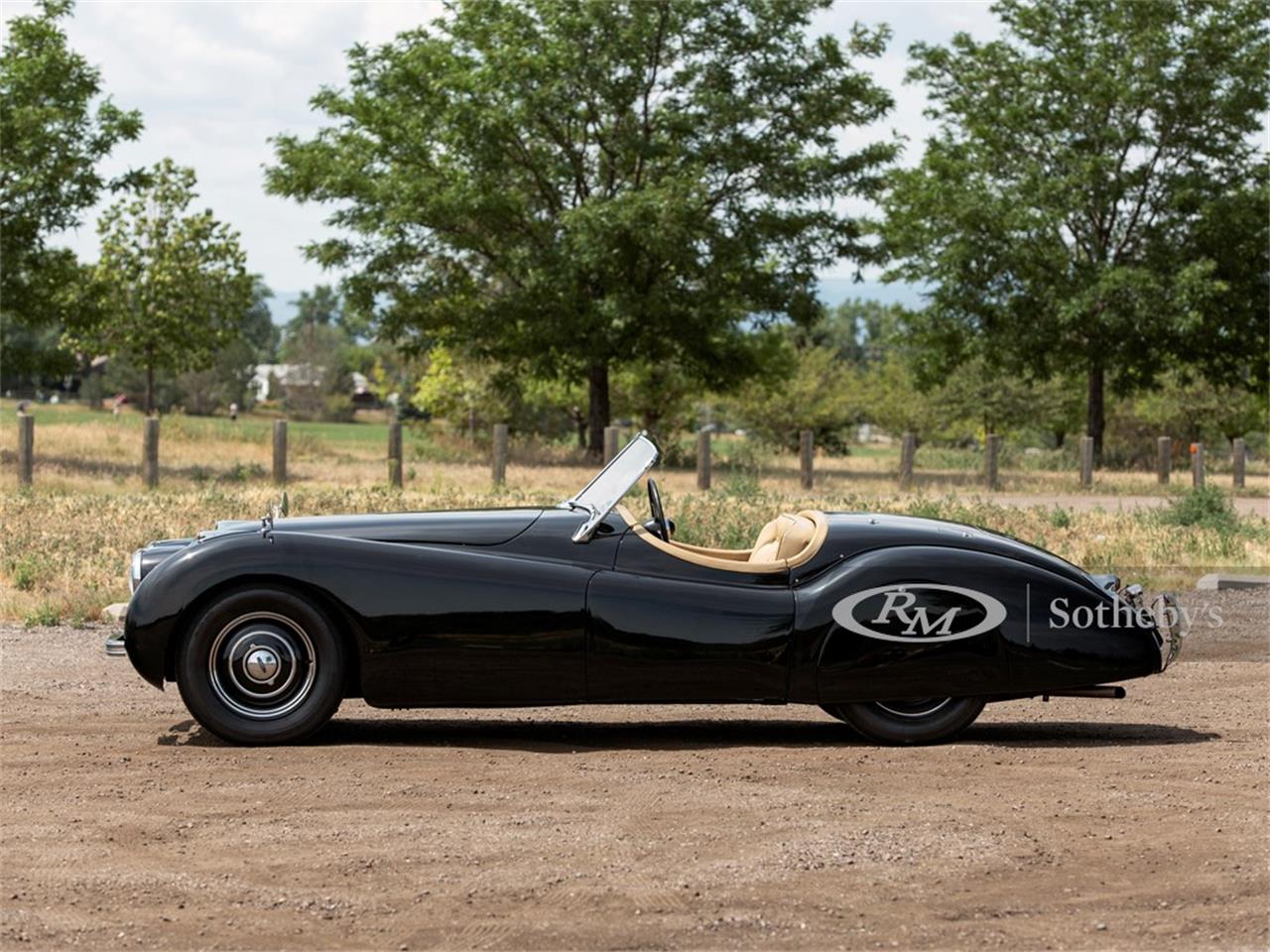 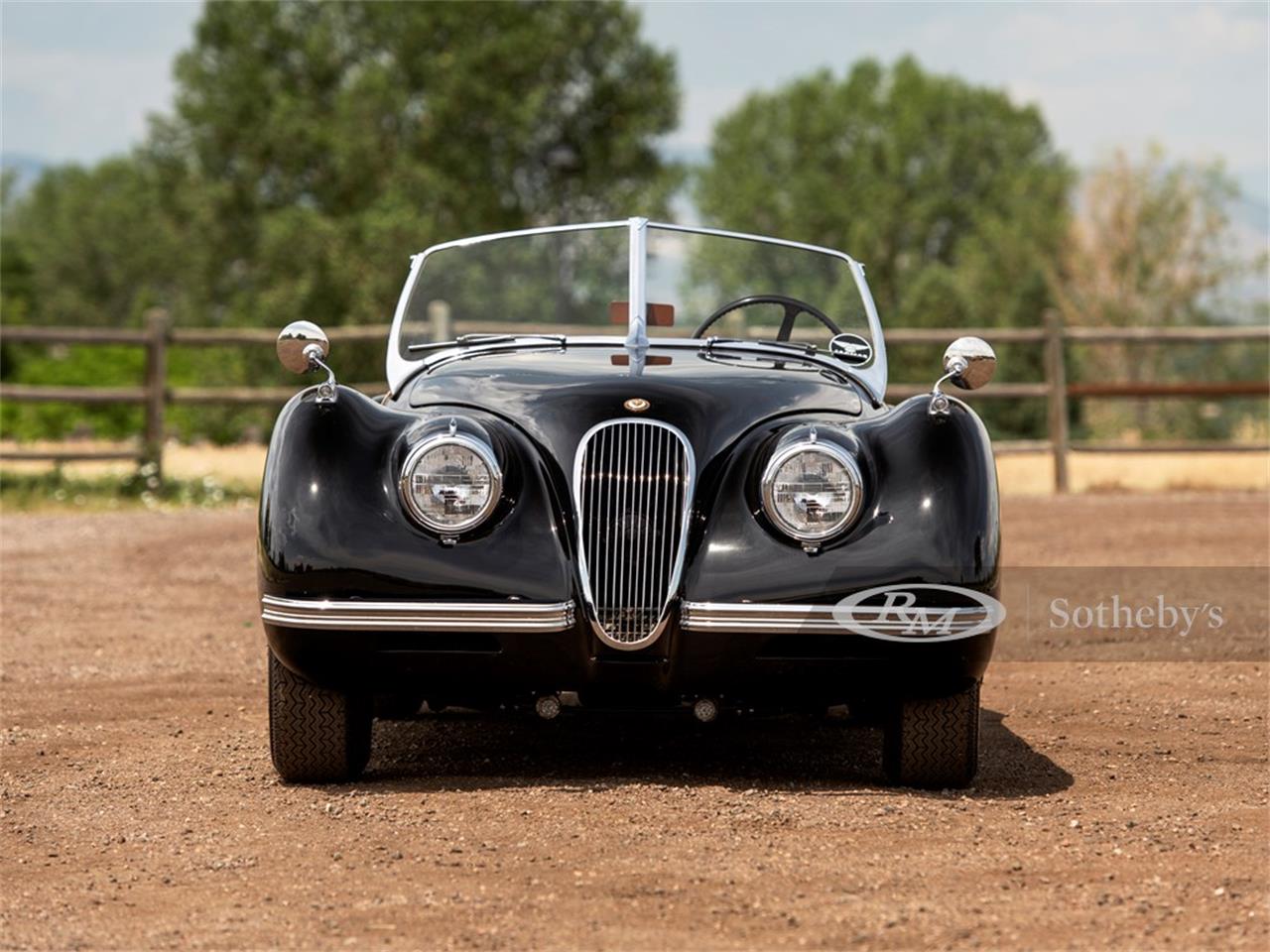 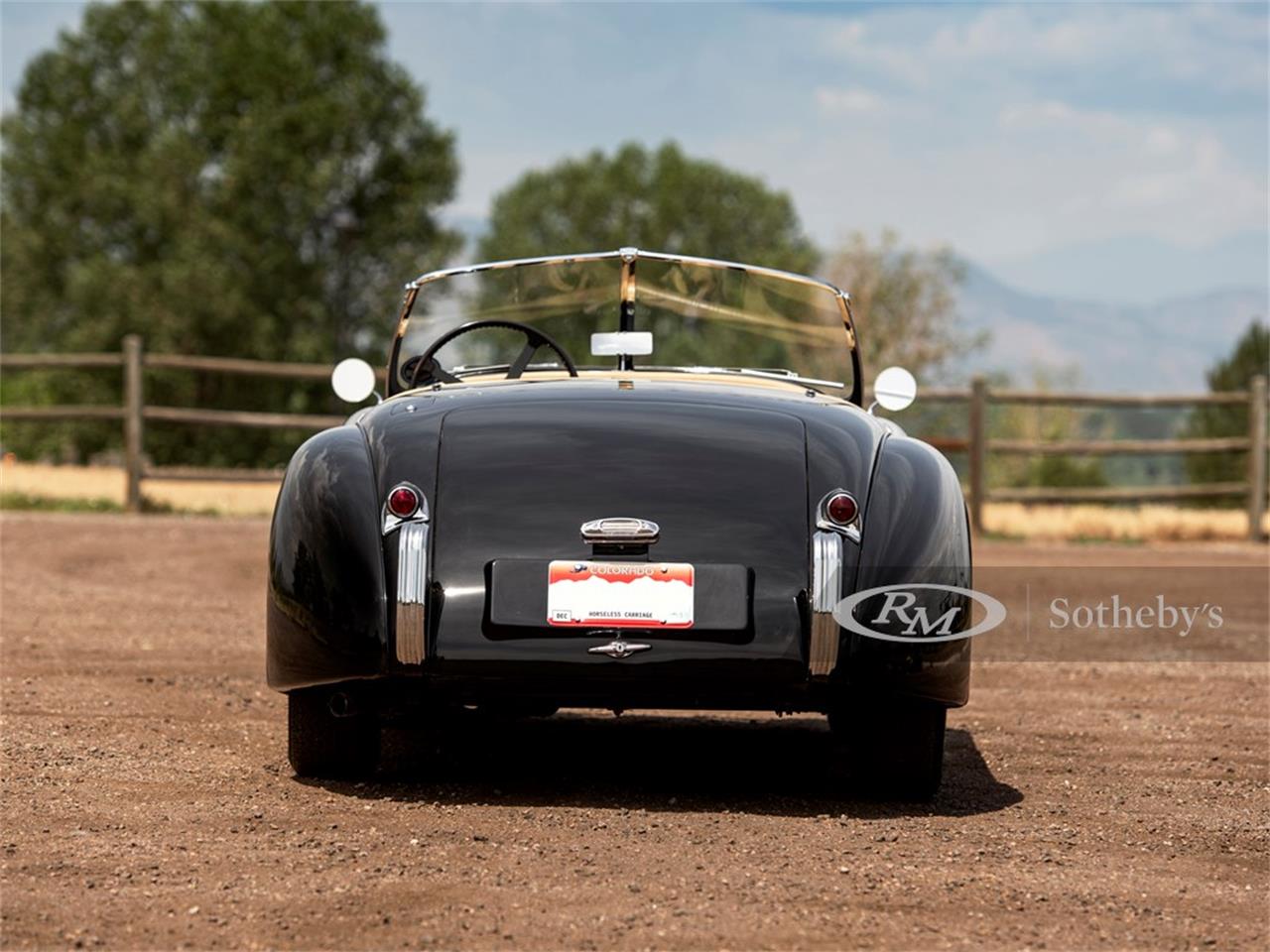 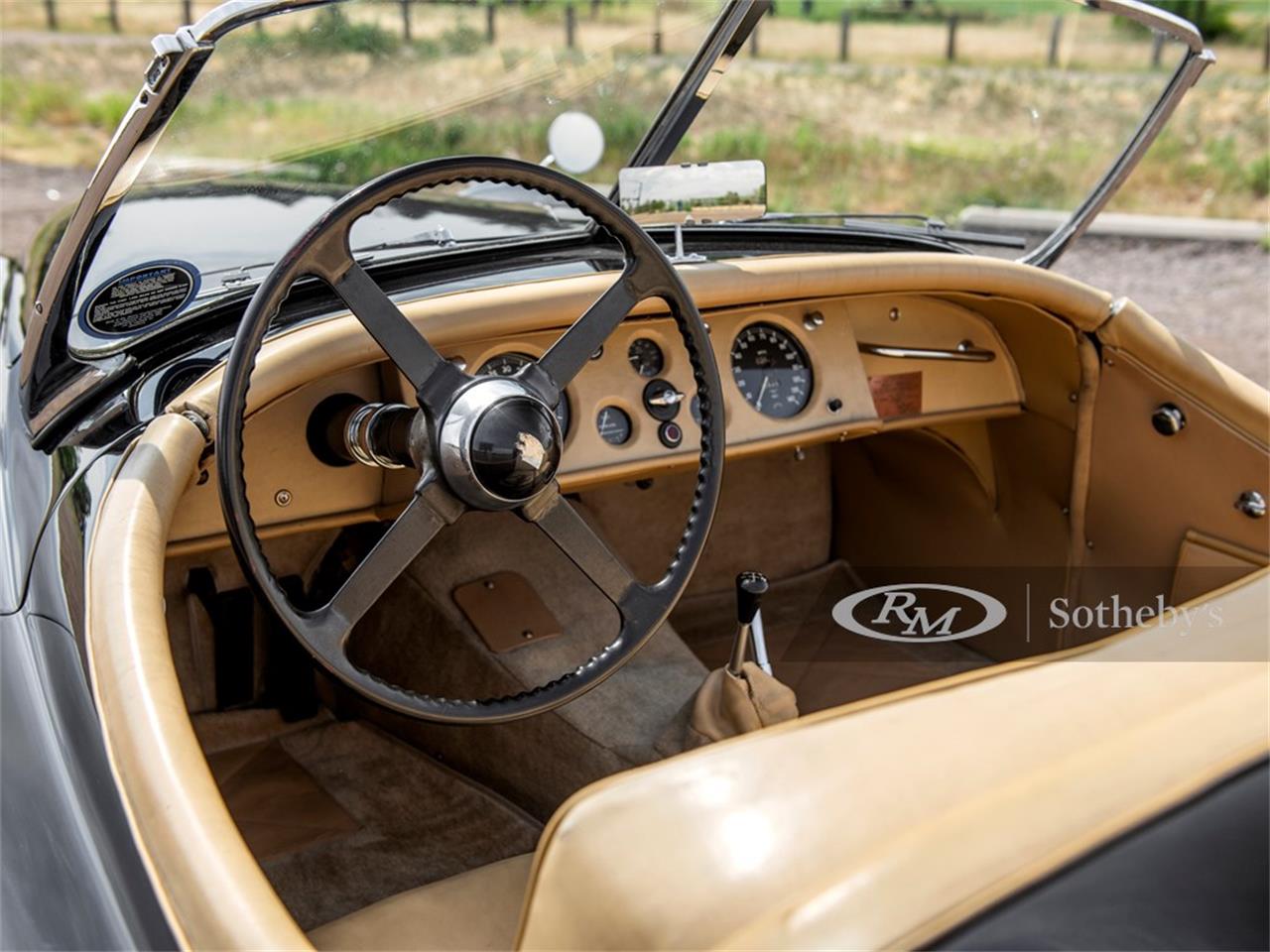 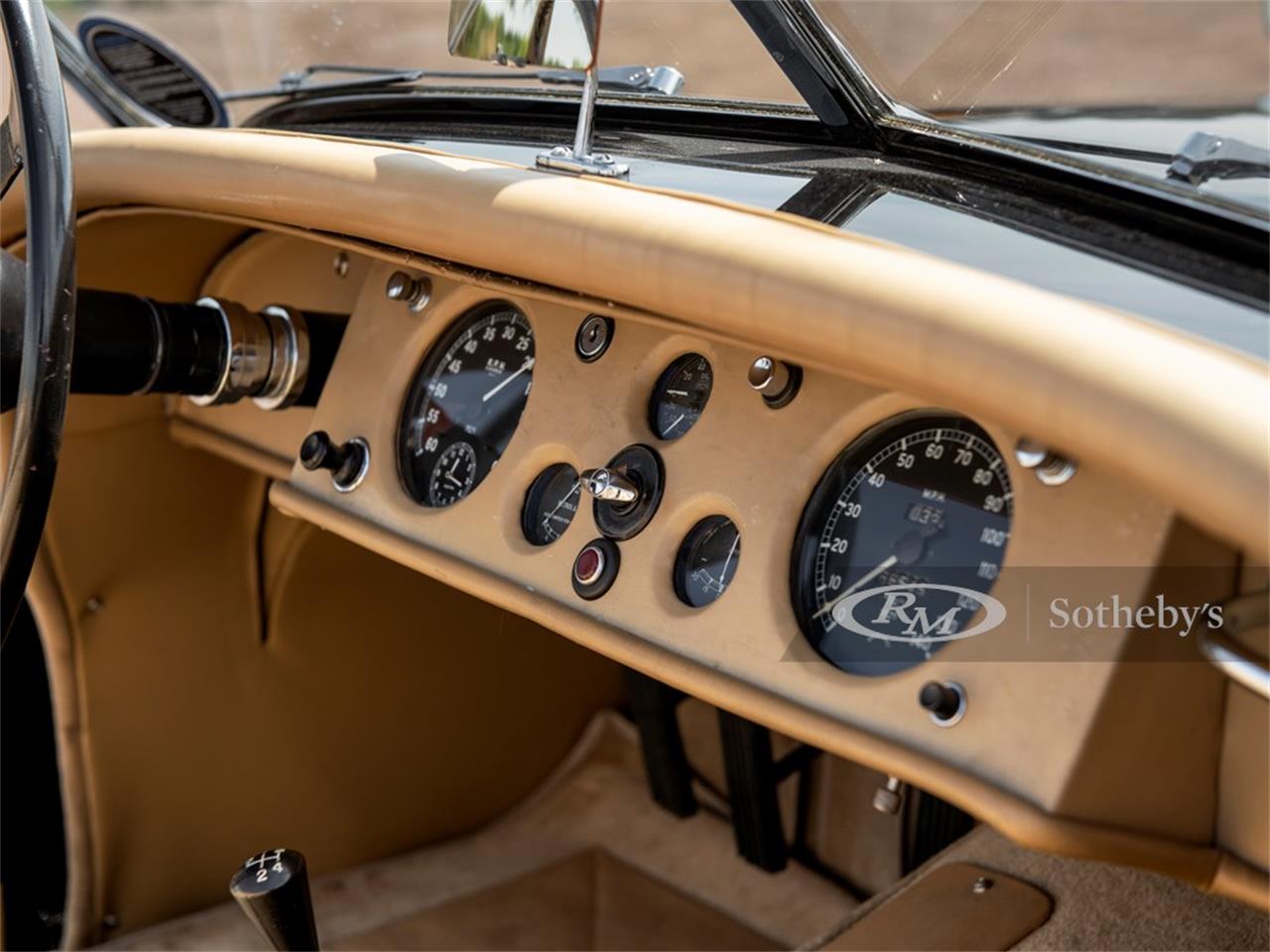 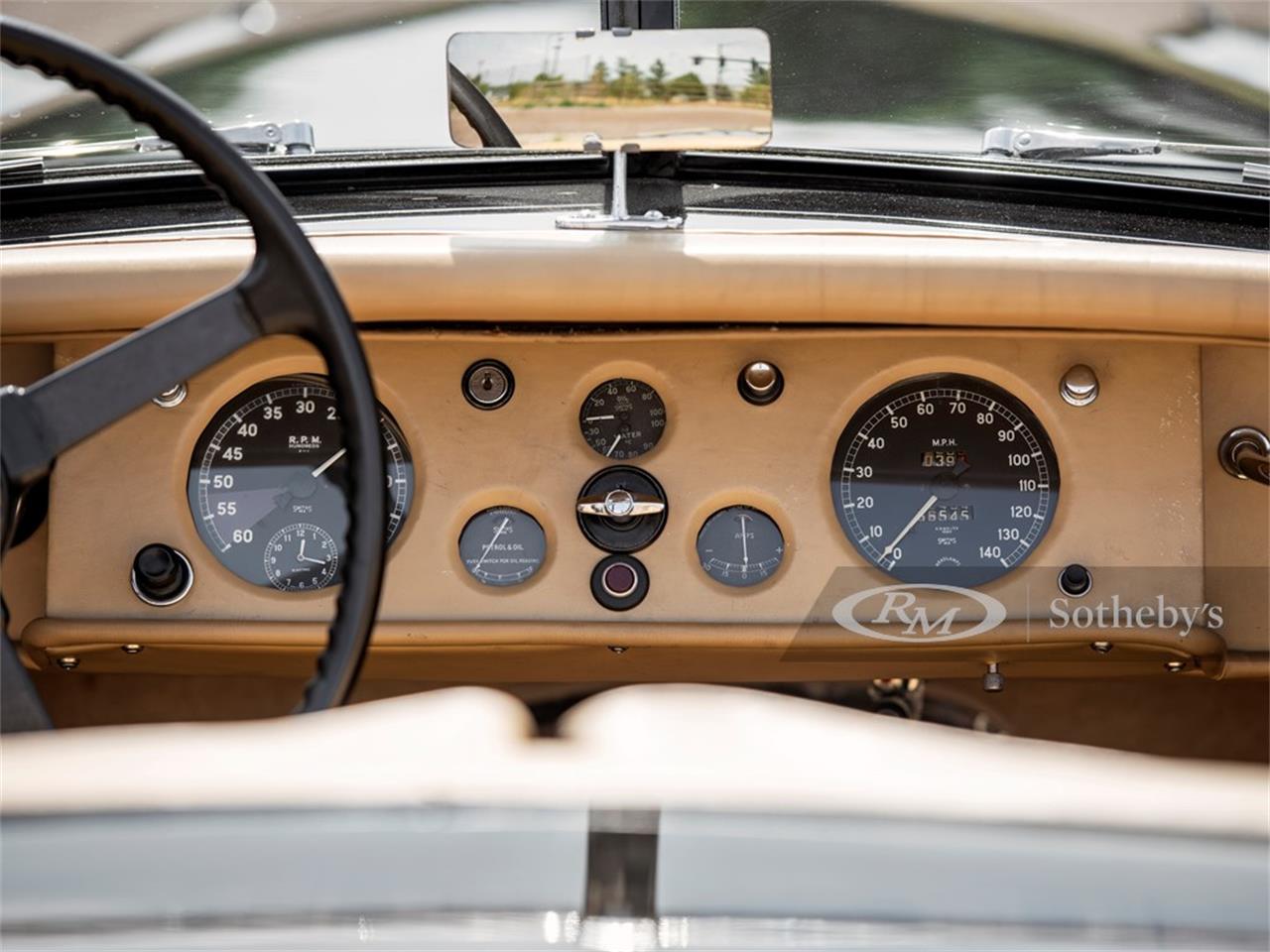 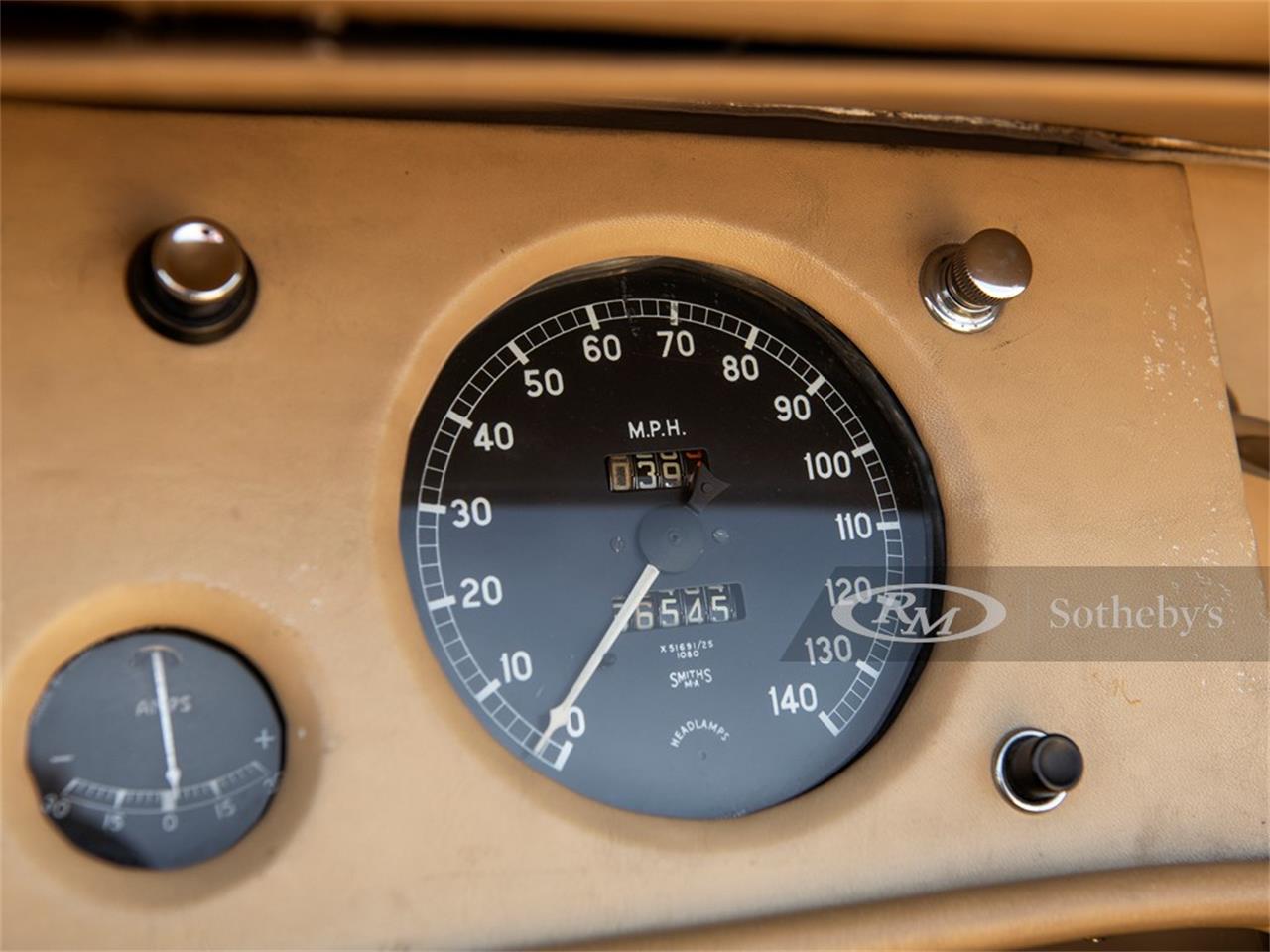 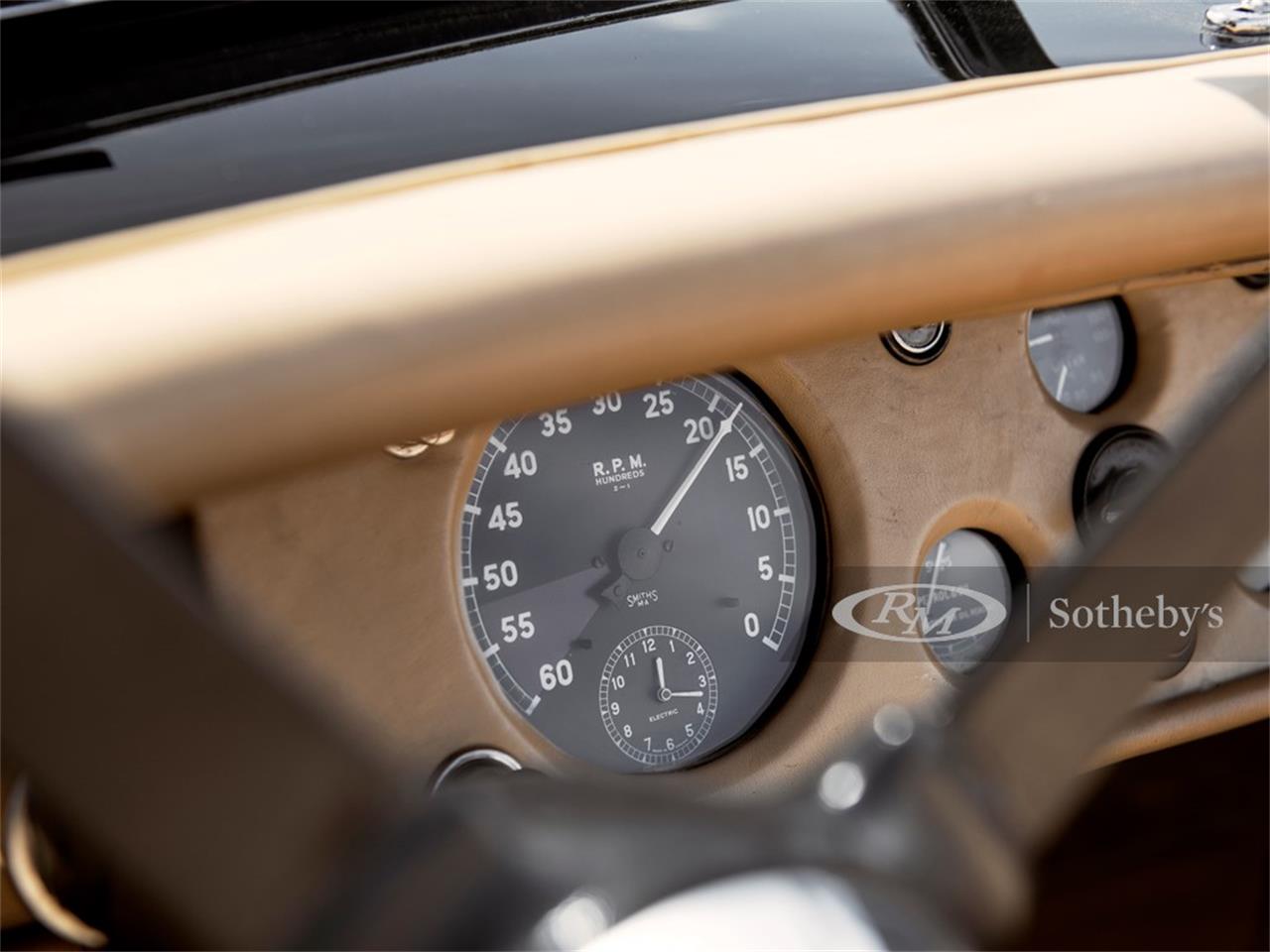 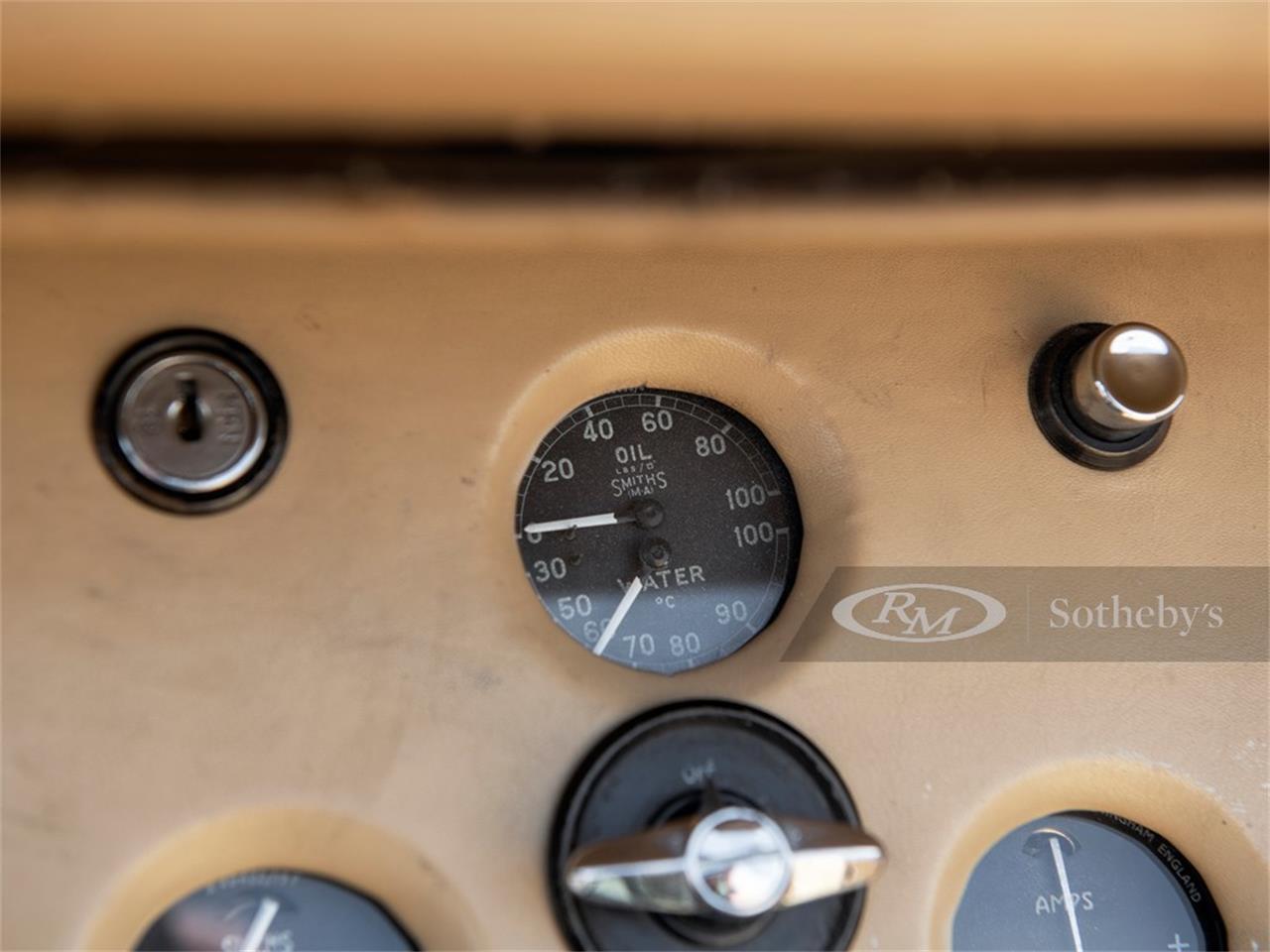 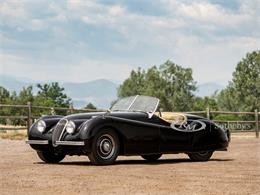 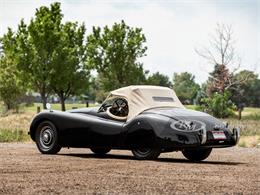 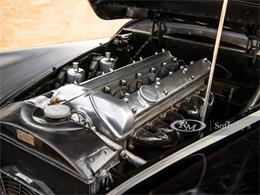 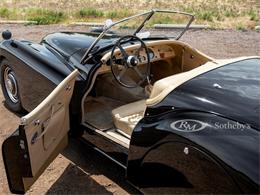 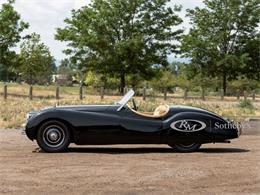 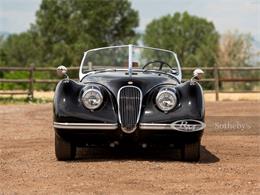 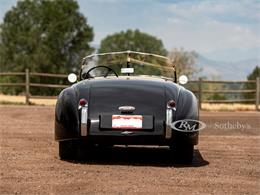 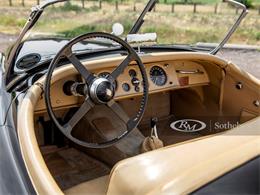 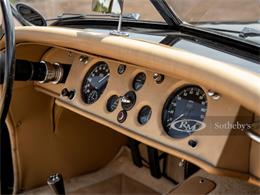 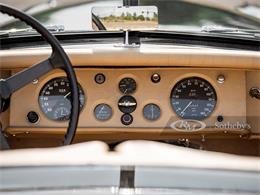 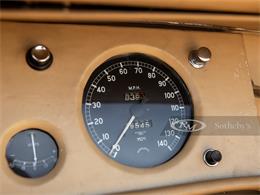 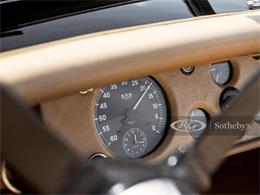 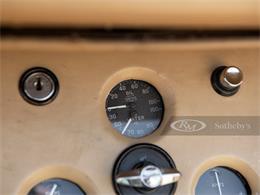 Conceived as a limited production model and famously debuted at the 1948 Earl's Court Motor Show, all plans changed once the public laid eyes on the project. Faced with overwhelming interest, Lyons and his team quickly altered the hand-formed aluminum body to one of all steel and then thrust the showstopper into mass production. The XK 120 proved to have better-than-adequate racing chops, and its competition-bred evolution, the XK 120-C-better known as the C-Type-would go on to win Le Mans in both 1951 and 1953.

This 1950 XK 120 is believed to be the 291st of just 1,025 OTS (open two-seater) roadsters produced that year. Today the car is finished in black paint over biscuit leather. The currently equipped aluminum cylinder head is believed to be a replacement and stamped to match. With the intent of making this car a highly enjoyable driver for both daily use and event purposes, the current owner installed a modern Tremec five-speed manual transmission. An original-type four-speed gearbox and driveshaft removed from the car are both included in the sale, giving one the option to return to period specification if desired.

The car's rear wheels are hidden behind a set of removable fender spats, while a chrome set of correct fender-mounted mirrors are perched forward of the low-slung two-piece V-windscreen-key styling features that give this Jaguar an air of timeless elegance. Standard drum brakes are housed behind a set of distinctive and appropriate black-painted disc wheels, and the passenger-side dashboard is adorned with a Jaguar speed record plaque commemorating the 132.6-mph high-speed run driver Ron Sutton achieved in a largely stock XK 120 in Belgium on May 30, 1949.

Offering unbeatable looks and performance to match, this XK 120 was a true landmark for Jaguar that established their reputation for crafting some of the very best all-purpose sports cars; examples like this demonstrate why, over 70 years after its debut, interest in the model has not waned. In addition to the spare original-type gearbox and driveshaft, this lot includes matching side curtains, an appropriate service manual, tool roll, spare wheel, and jack.

Please note that the cylinder head is believed to be a replacement unit that has been stamped to match the original number. 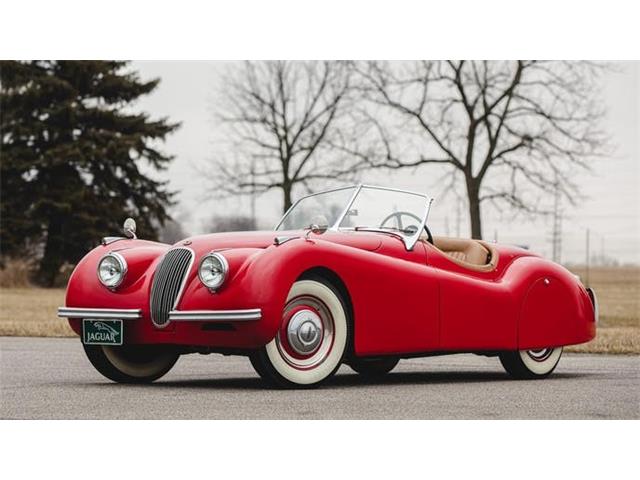