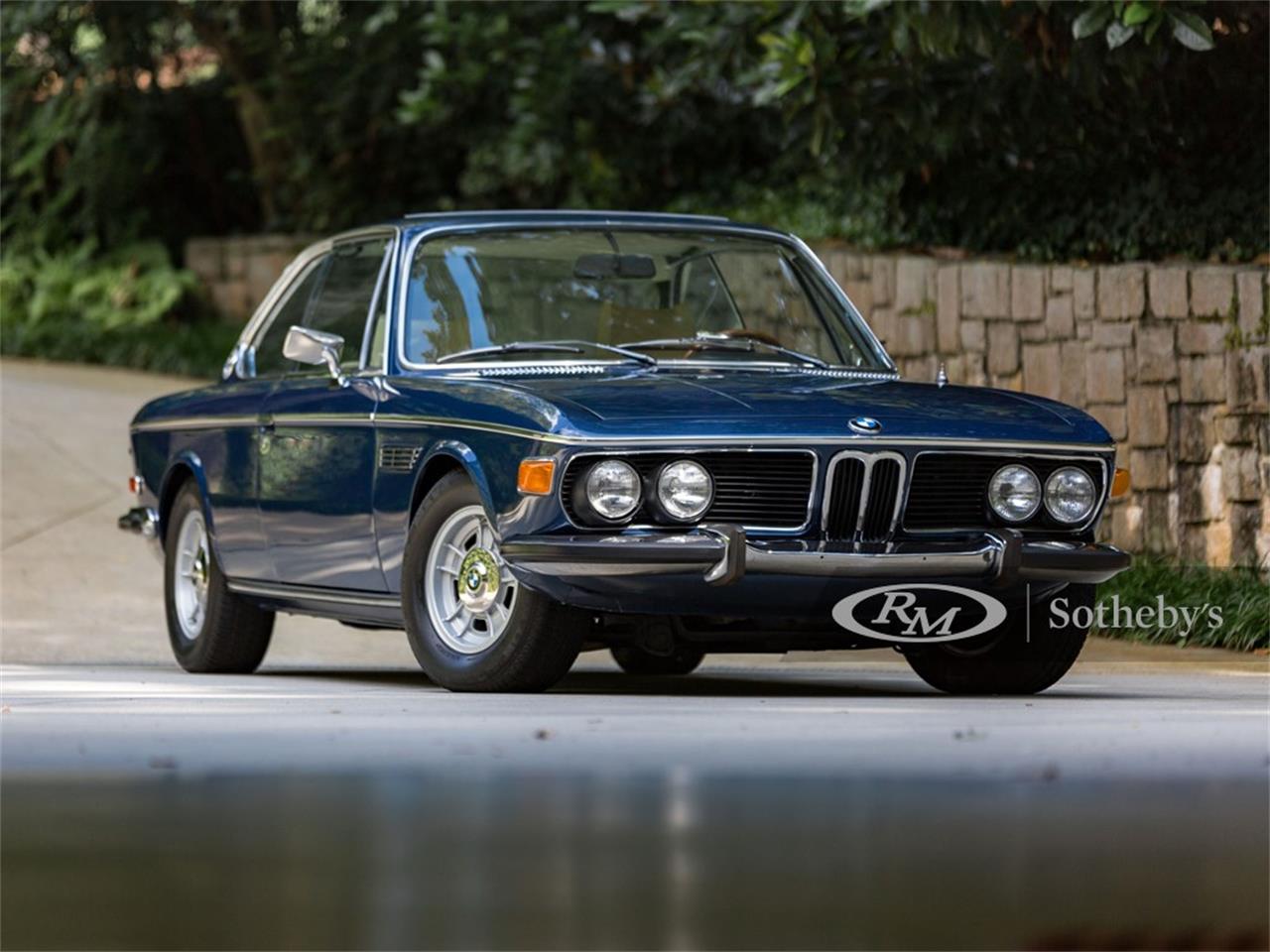 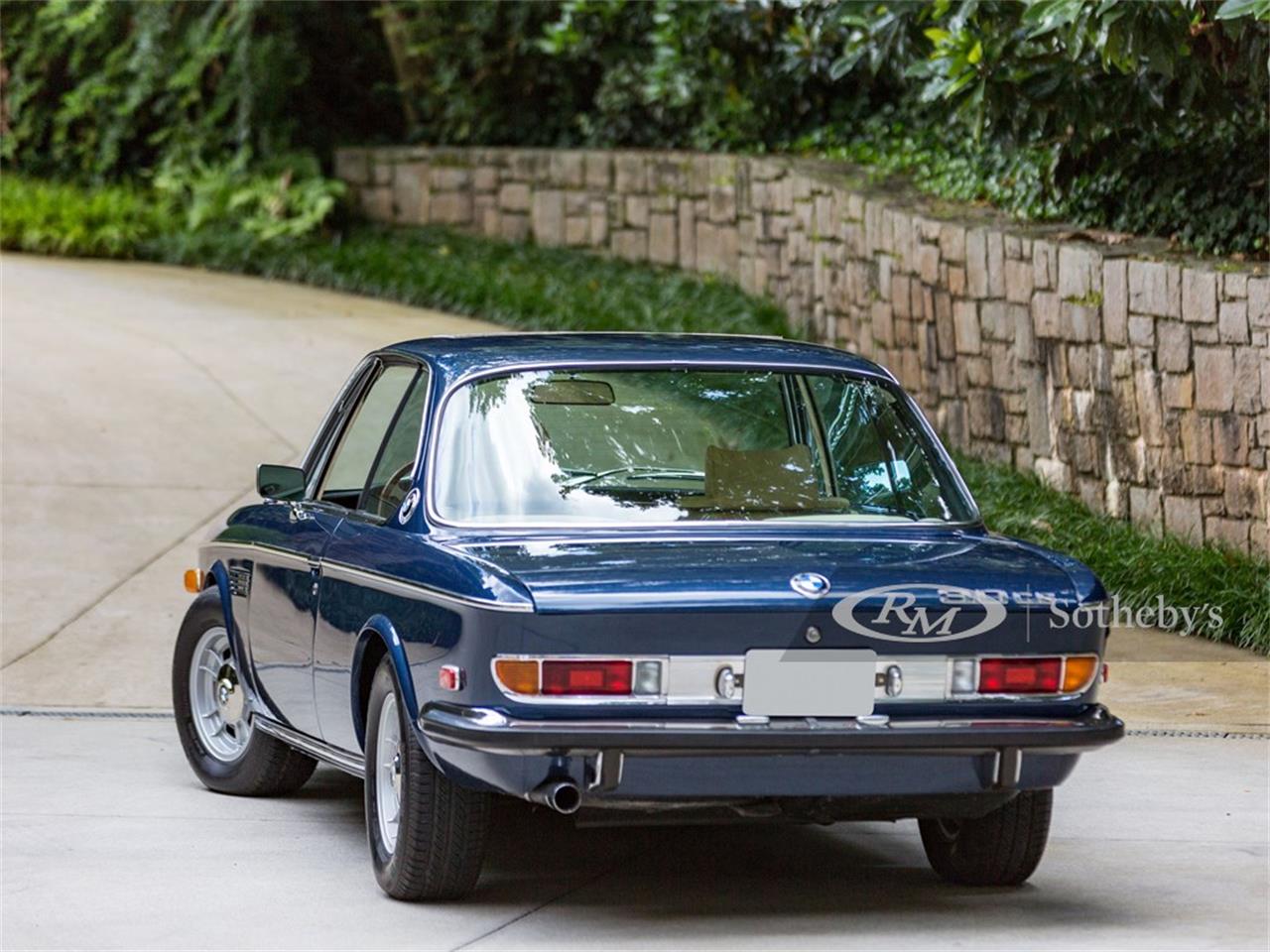 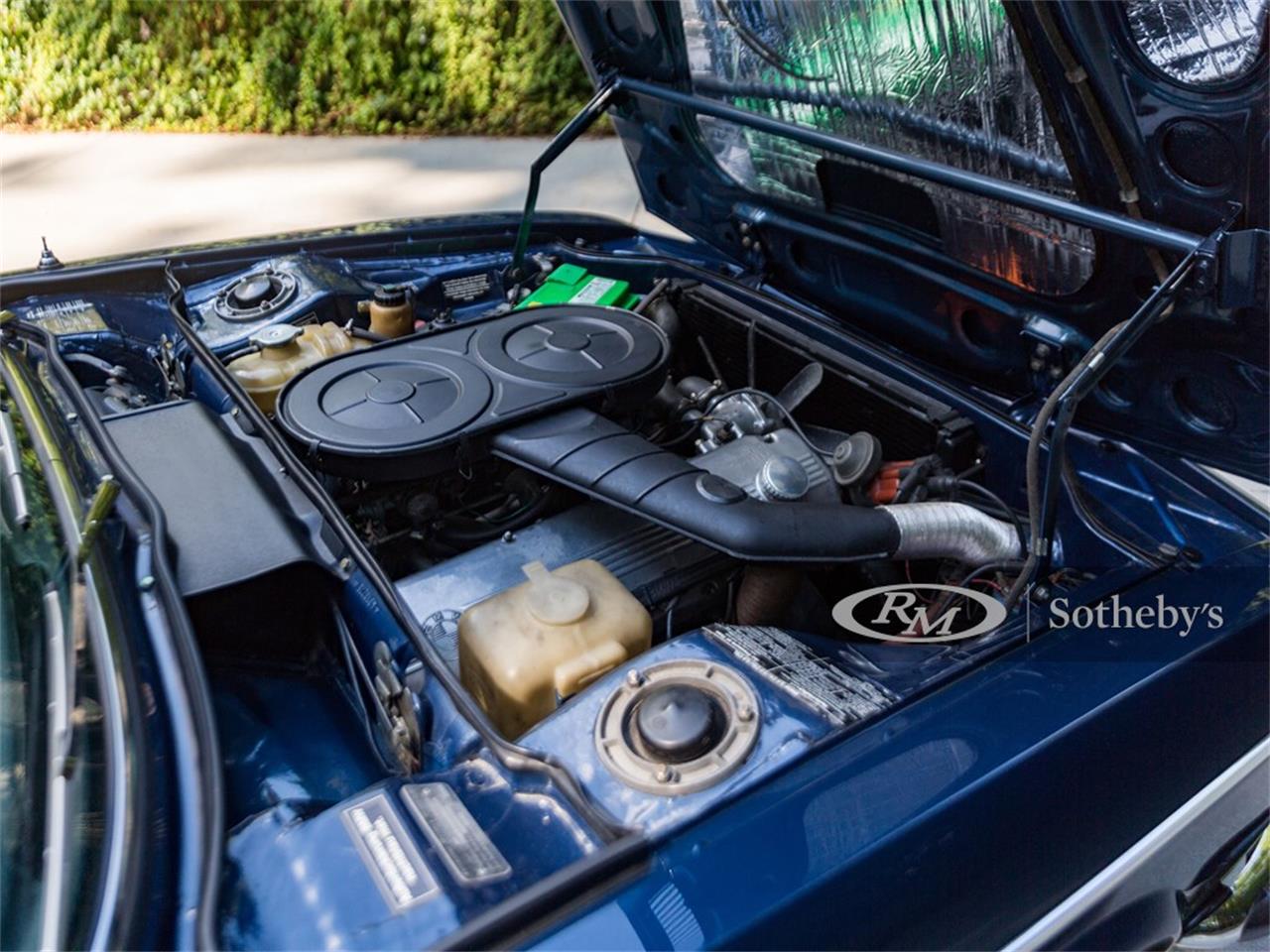 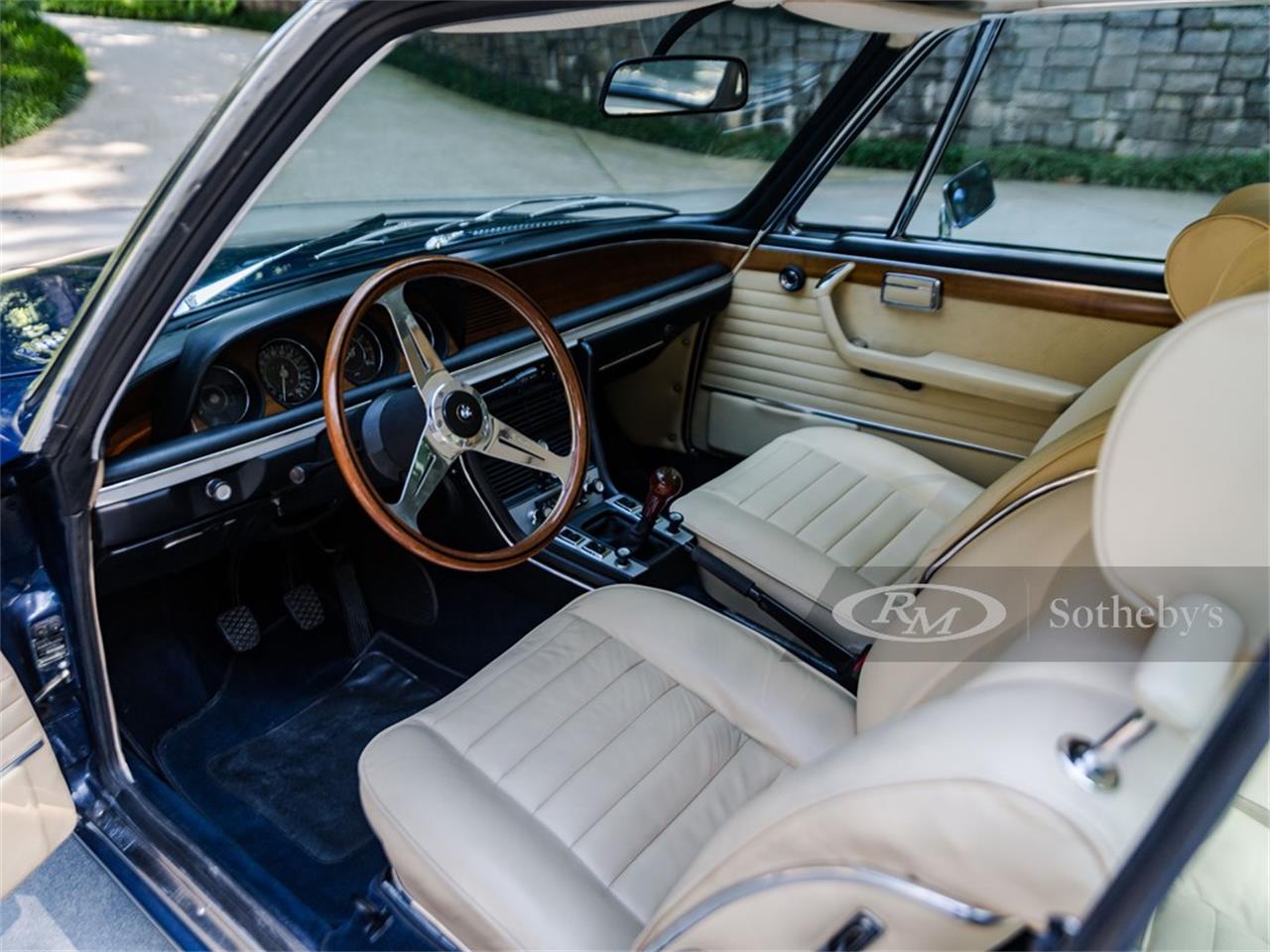 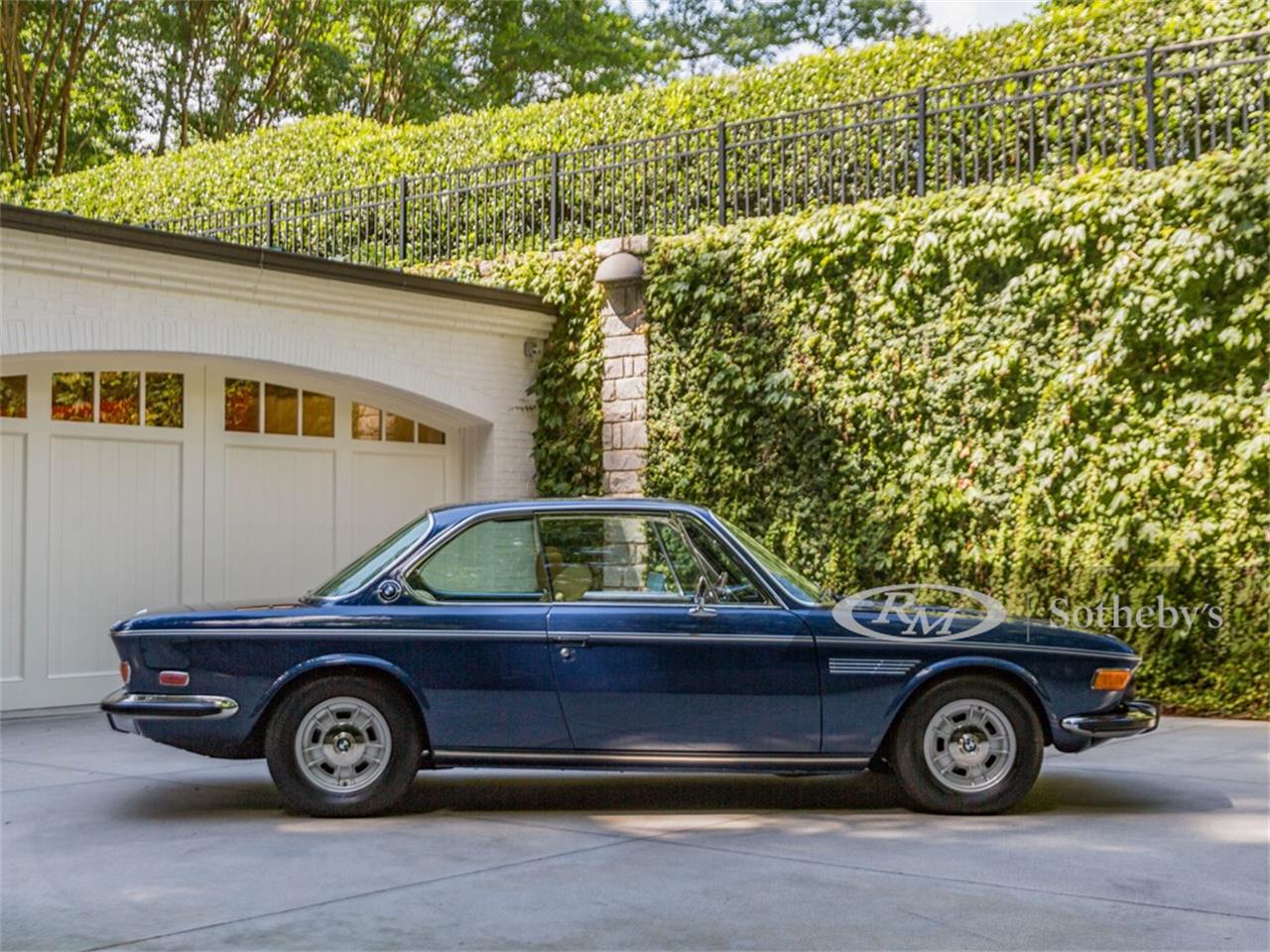 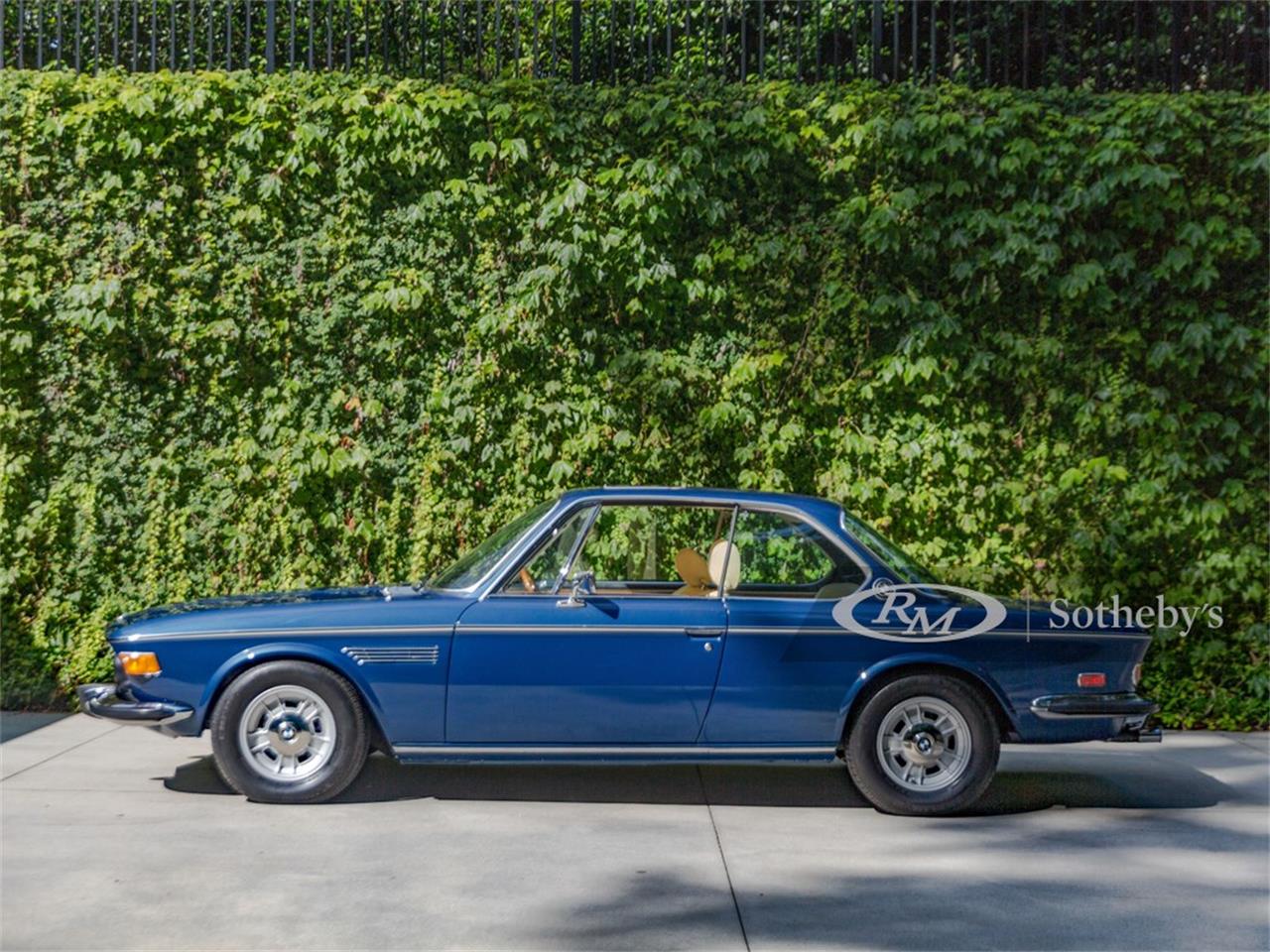 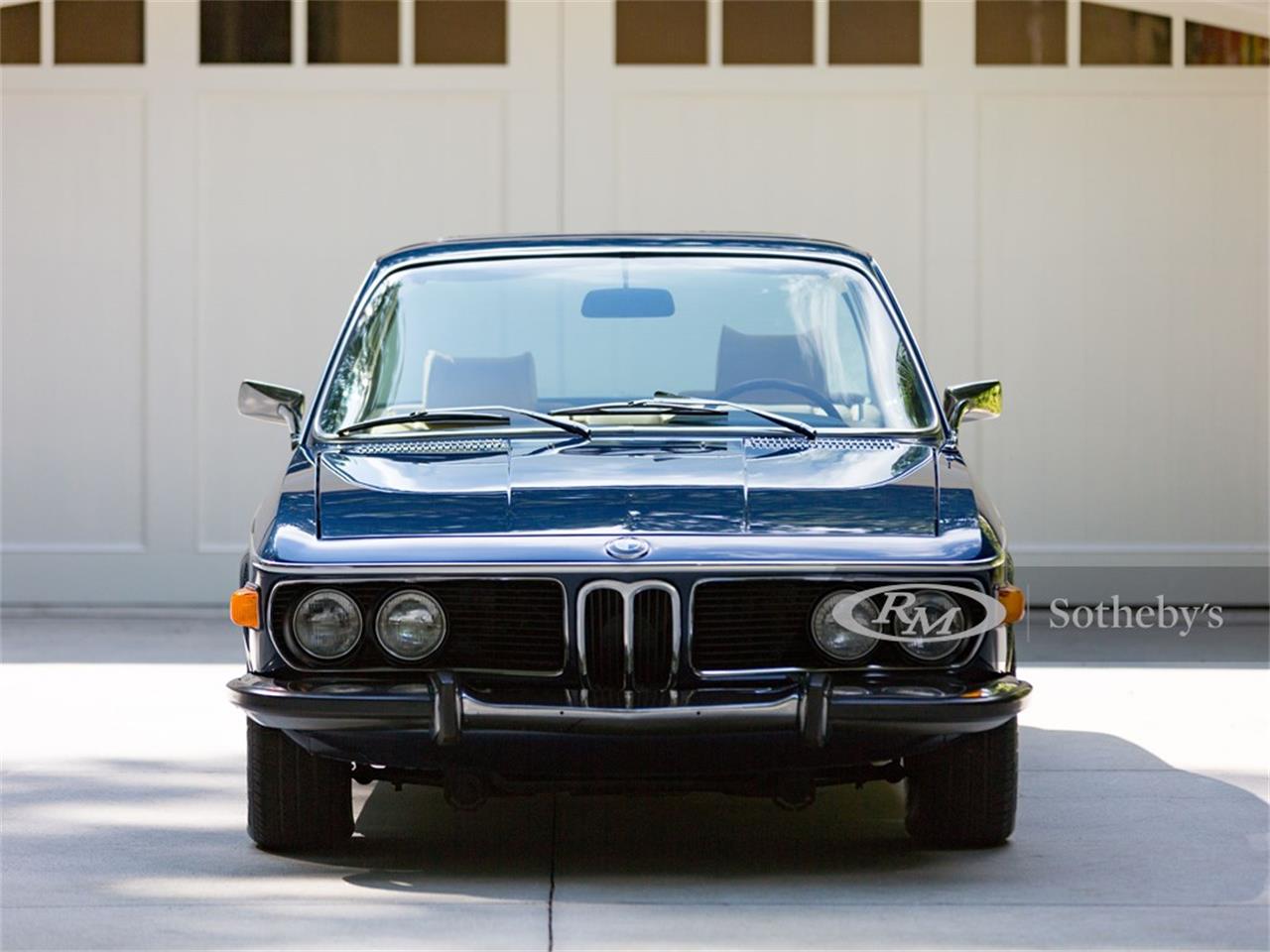 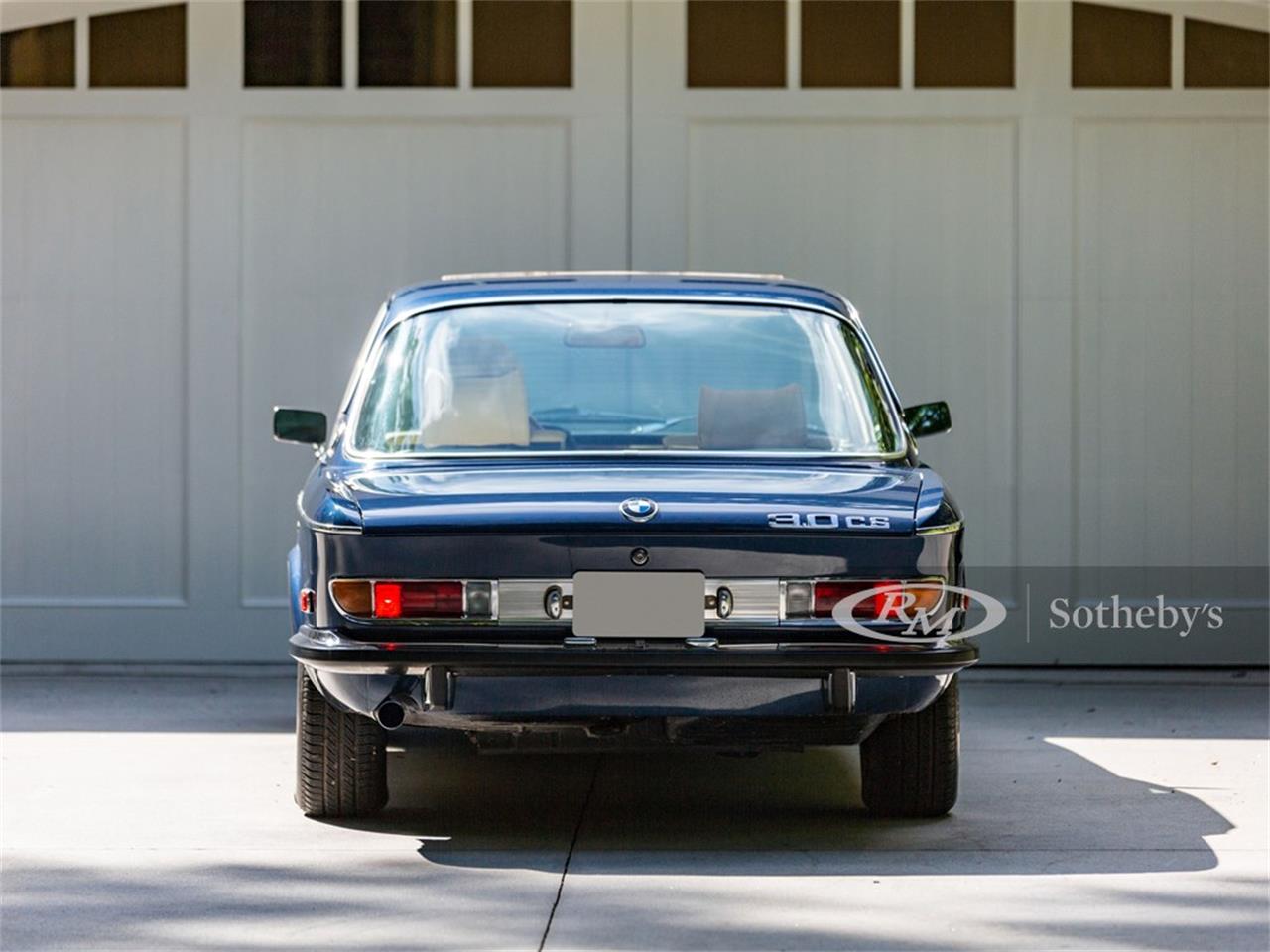 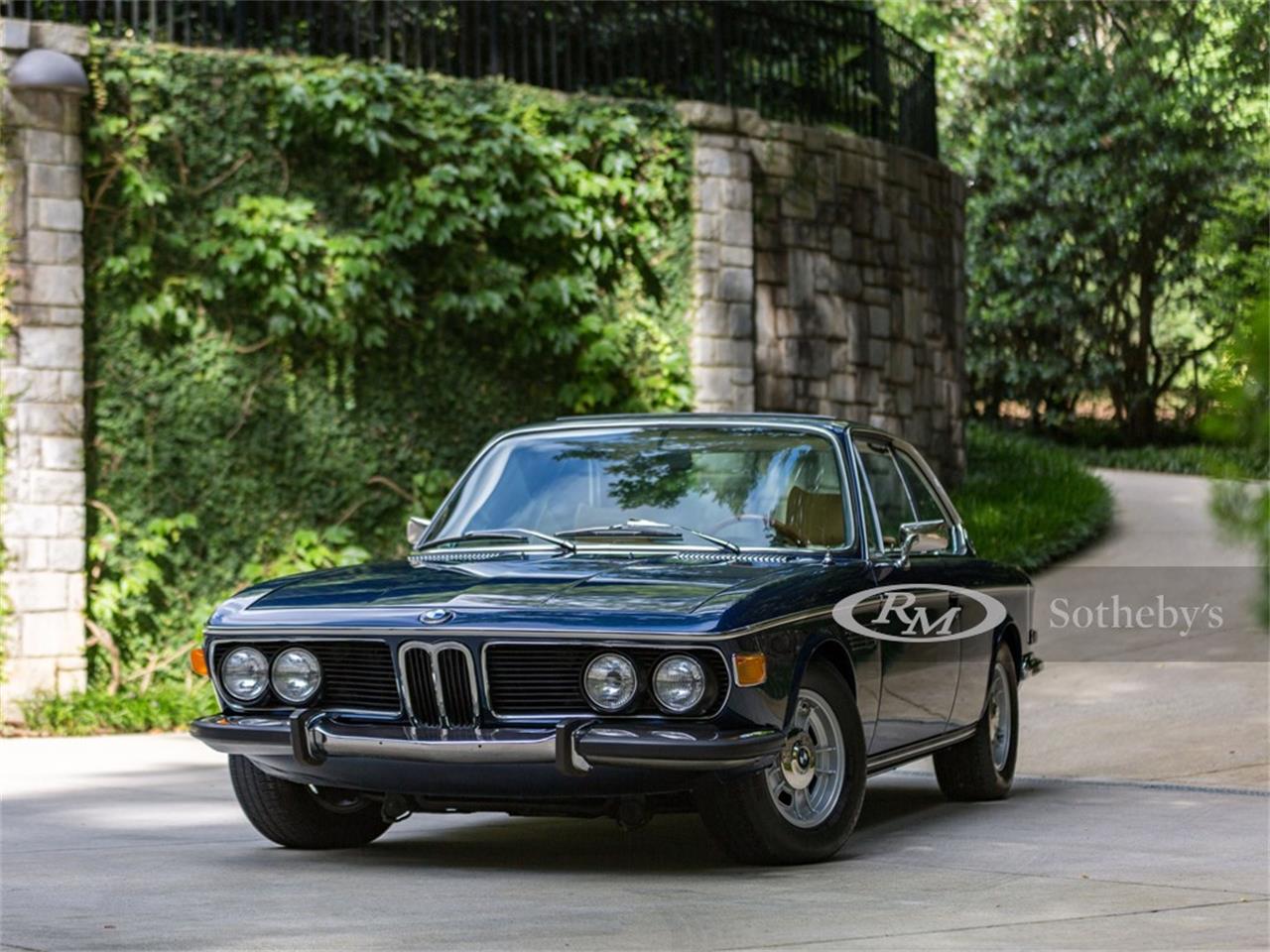 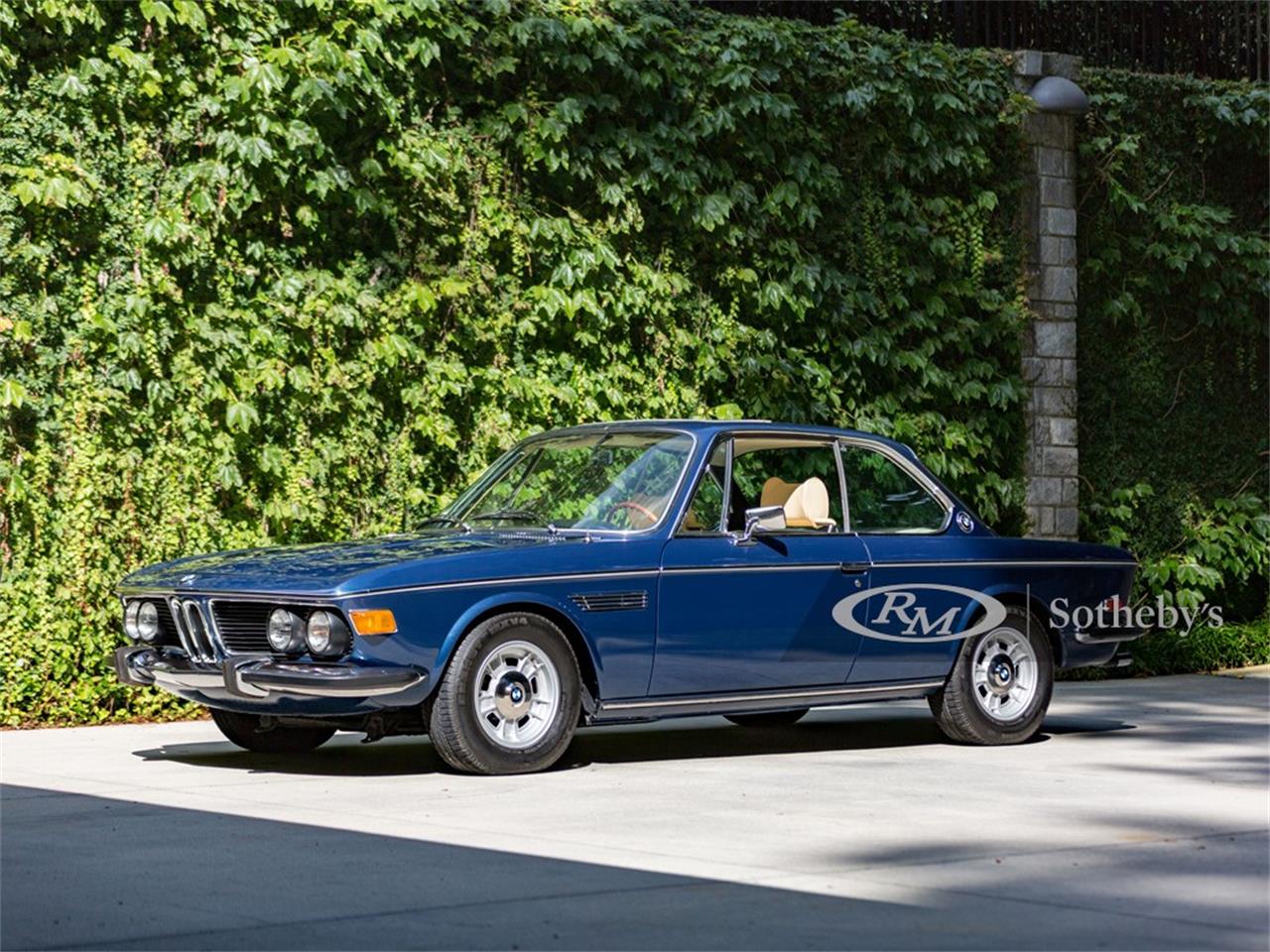 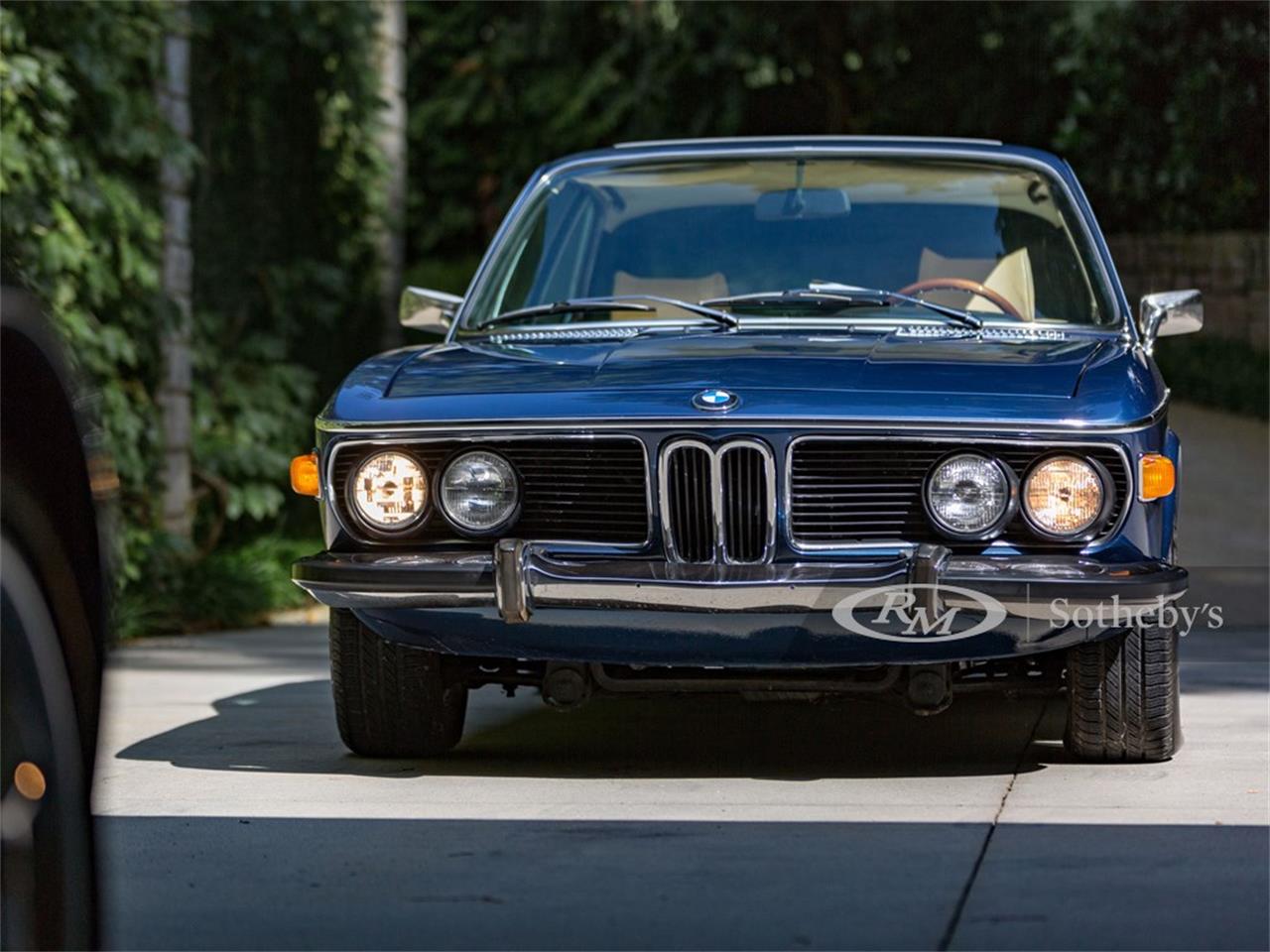 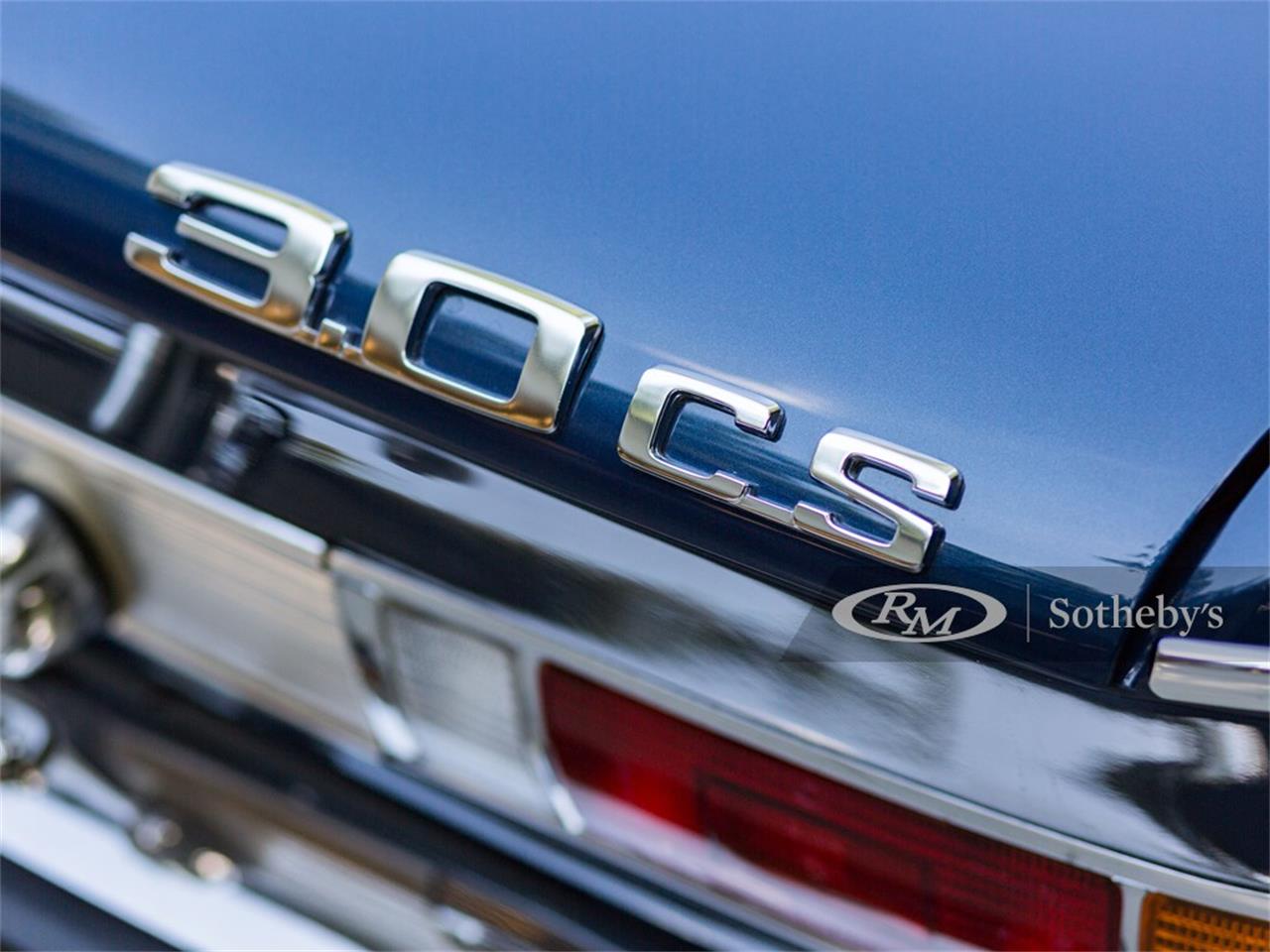 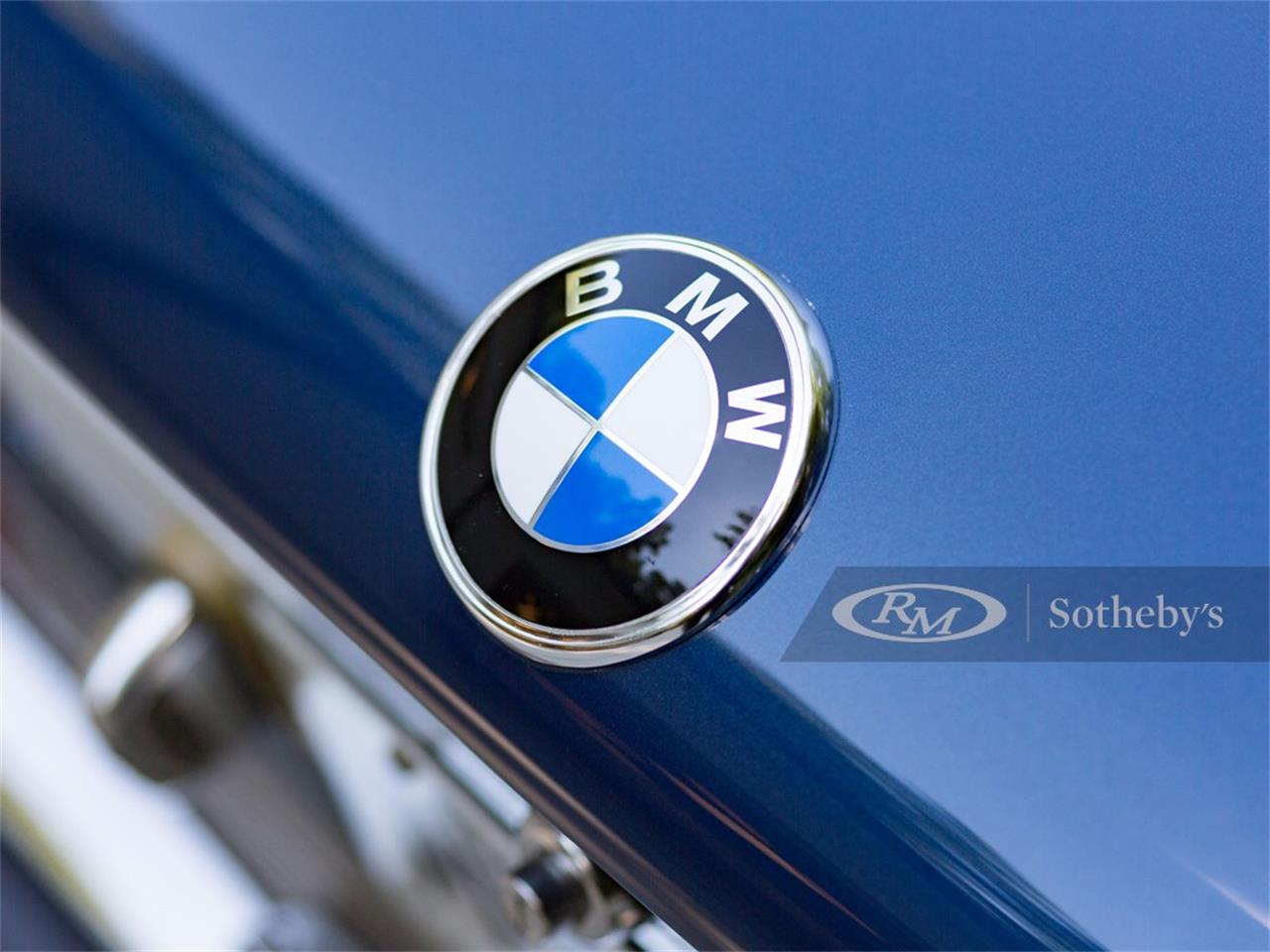 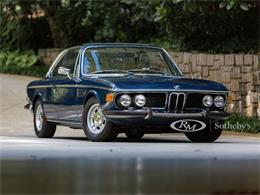 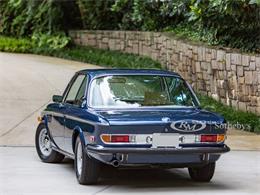 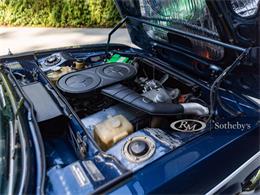 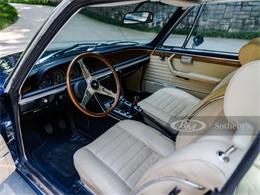 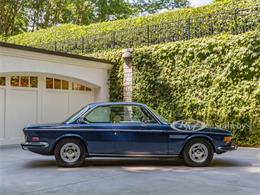 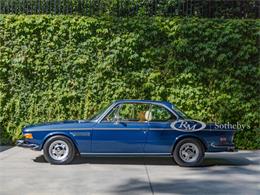 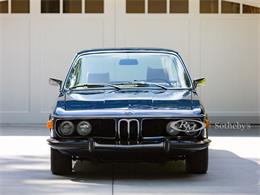 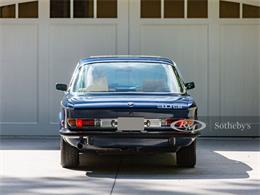 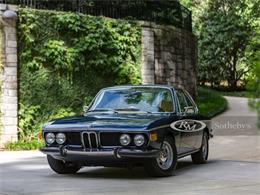 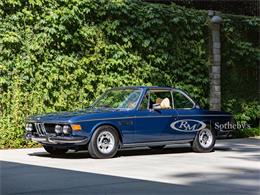 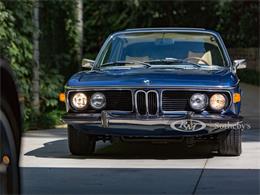 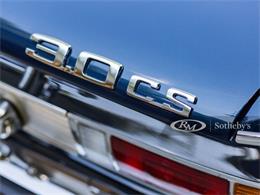 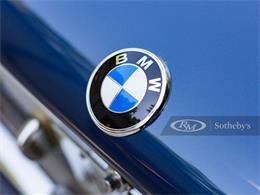 In 1968 BMW introduced the wildly popular E9 series in the form of the 2800 CS coupe. Successor to the important Neue Klasse coupes, the 2800 CS was clothed in sleek coachwork by Karmann and brought six-cylinder power to the lineup. 1971, an improved follow-up, the 3.0 CS was introduced. As its name suggests, it was powered a larger 3.0-liter inline-six, and it was also equipped with four-wheel disc brakes (the 2800 CS had retained rear drums). Capable of 130-mph performance, the 3.0 CS became the basis of the homologation special 3.0 CSL, which garnered a spate of competition victories for the marque-including six European Touring Car Championships between 1973 and 1979 and class wins at Le Mans, Spa, and Daytona.

This wonderful U.S.-delivery 1974 BMW 3.0 CS demonstrates the model's enduring appeal. In 1987, the car was acquired by its second owner, and has remained in their possession ever since. Recognizing its significance, the owner has continuously kept the car in a climate-controlled environment. In 2009, it underwent a partial restoration, replacing rubber components, interior leather, vinyl, wood, aluminum trim, window motors, and plastic components, all of which were new old stock parts acquired directly from German suppliers. Further, the car's chrome was refinished, headliner replaced, and a NOS OEM windshield and rear window installed.

The car was also finished in the lovely BMW factory color of Nachtblau at a cost of over $18,000. The cream leather interior nicely compliments the exterior color-the same color combination proudly displayed in the original 1974 3.0 CS sales brochure. Adding to the car's long list of attributes, the interior is equipped with a factory electric sunroof and period-correct aftermarket Nardi steering wheel, while the exterior sports European bumpers. For even greater driving pleasure, the car has been fitted with an upgraded Metric Mechanic Inc five-speed manual transmission, with fewer than 5,000 miles accrued since the swap.

Accompanied by a host of invoices, tools, and spare wheel, this 1974 BMW 3.0 CS has not only withstood the test of time from a design and engineering standpoint; it also reflects the dedication of its long-term owner, making it a particularly desirable example of an important model from the German marque. To view this car and others currently consigned to this auction, please visit the RM website at rmsothebys.com/en/auctions/0520.