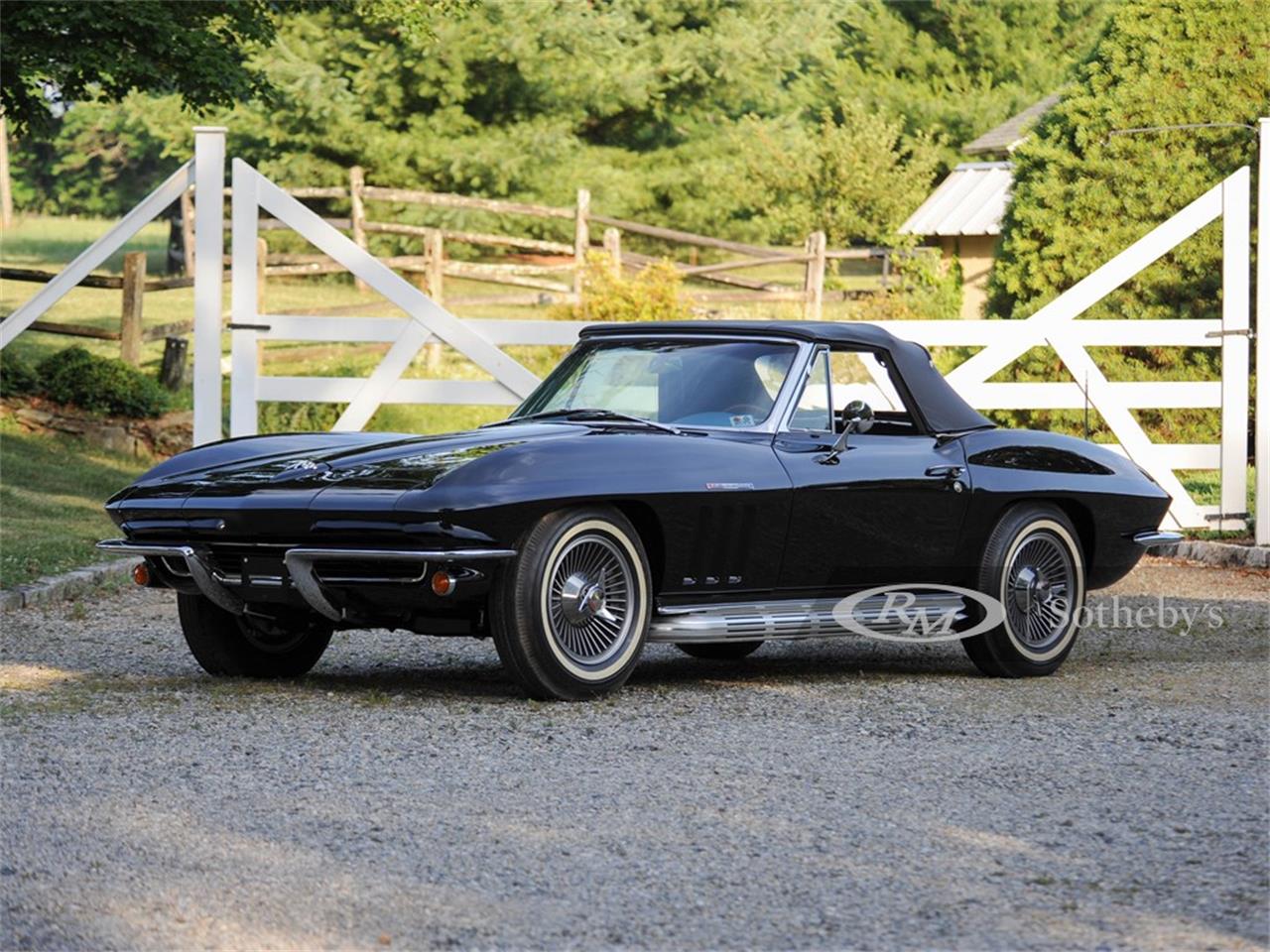 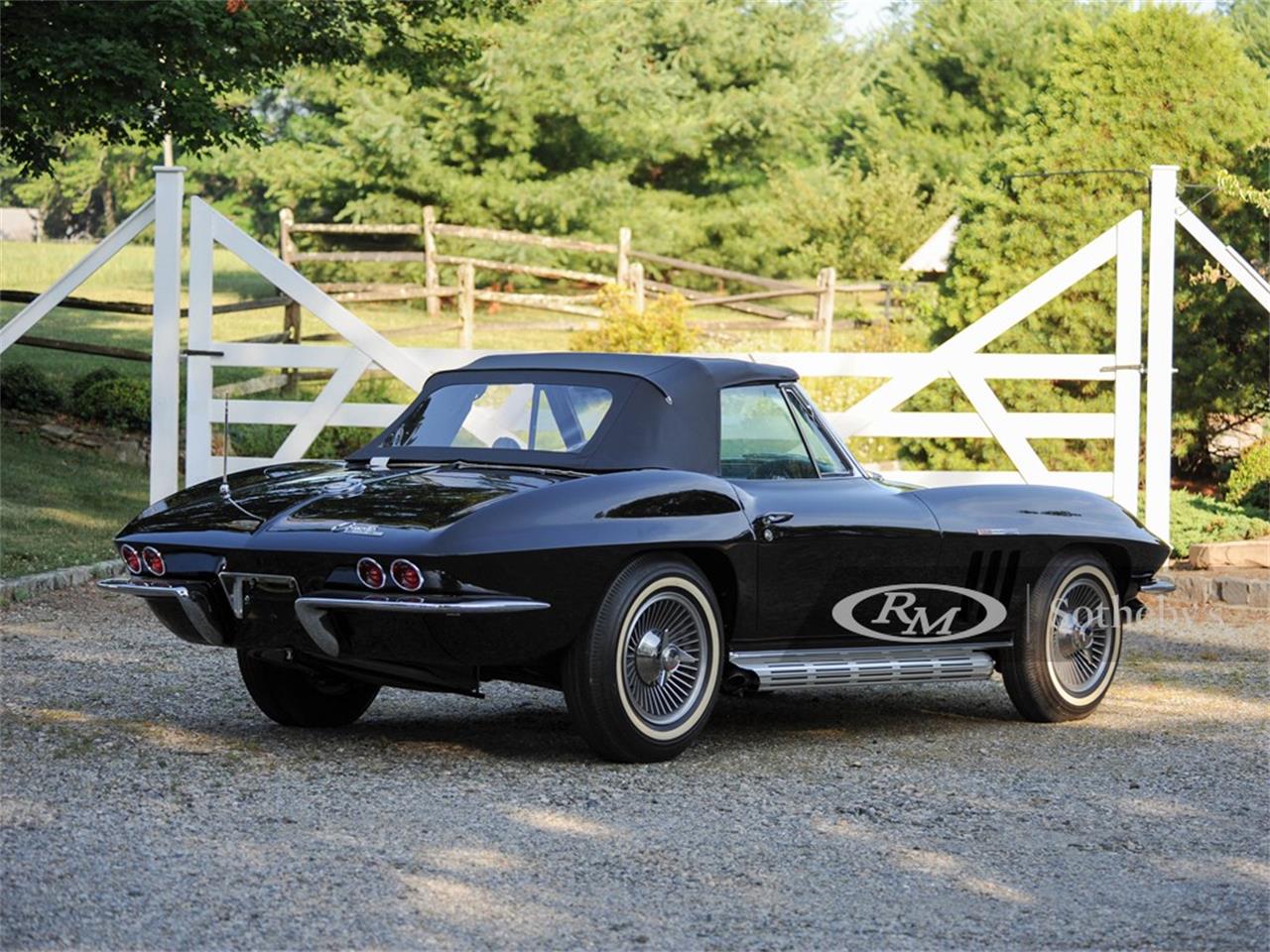 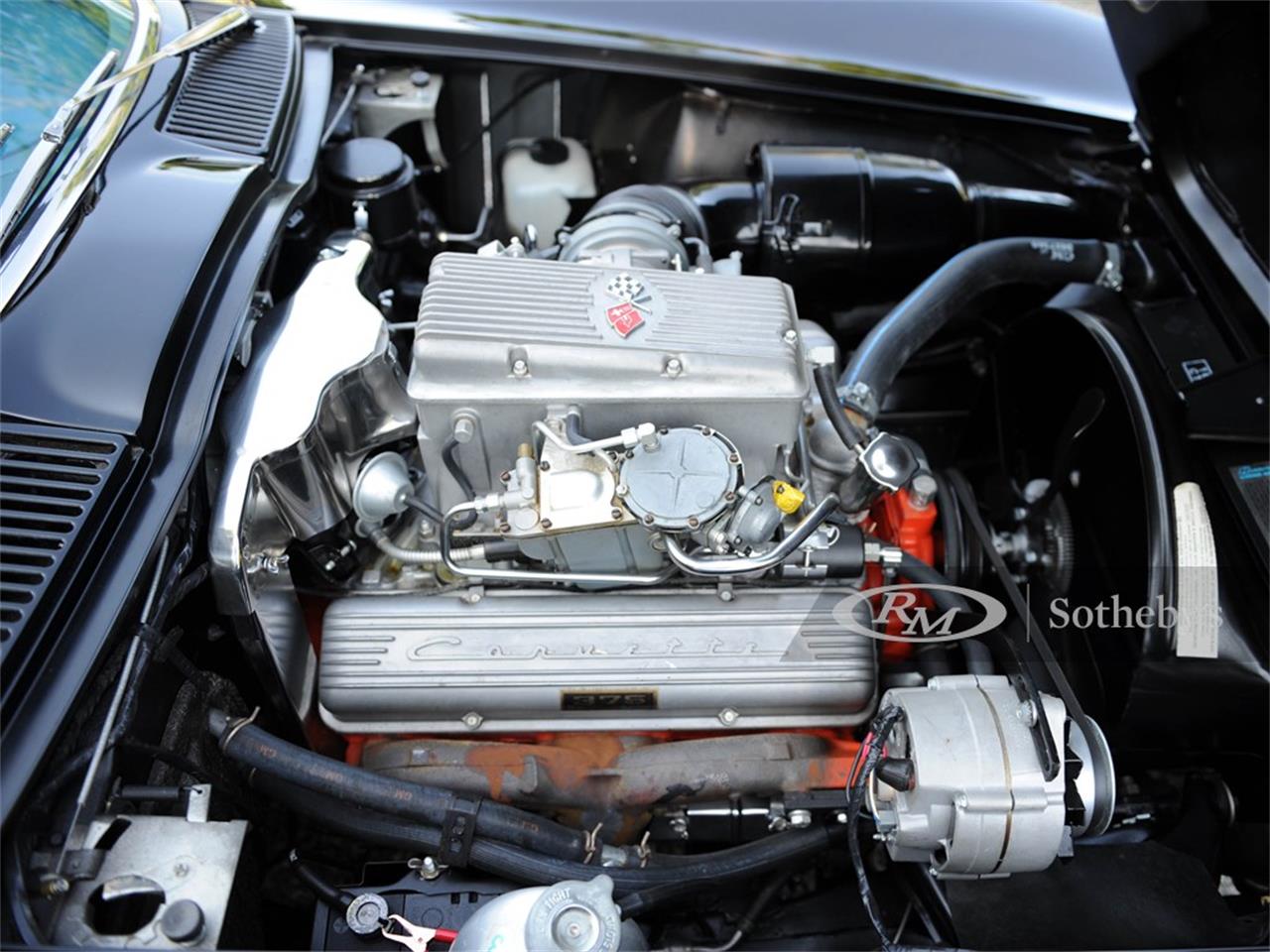 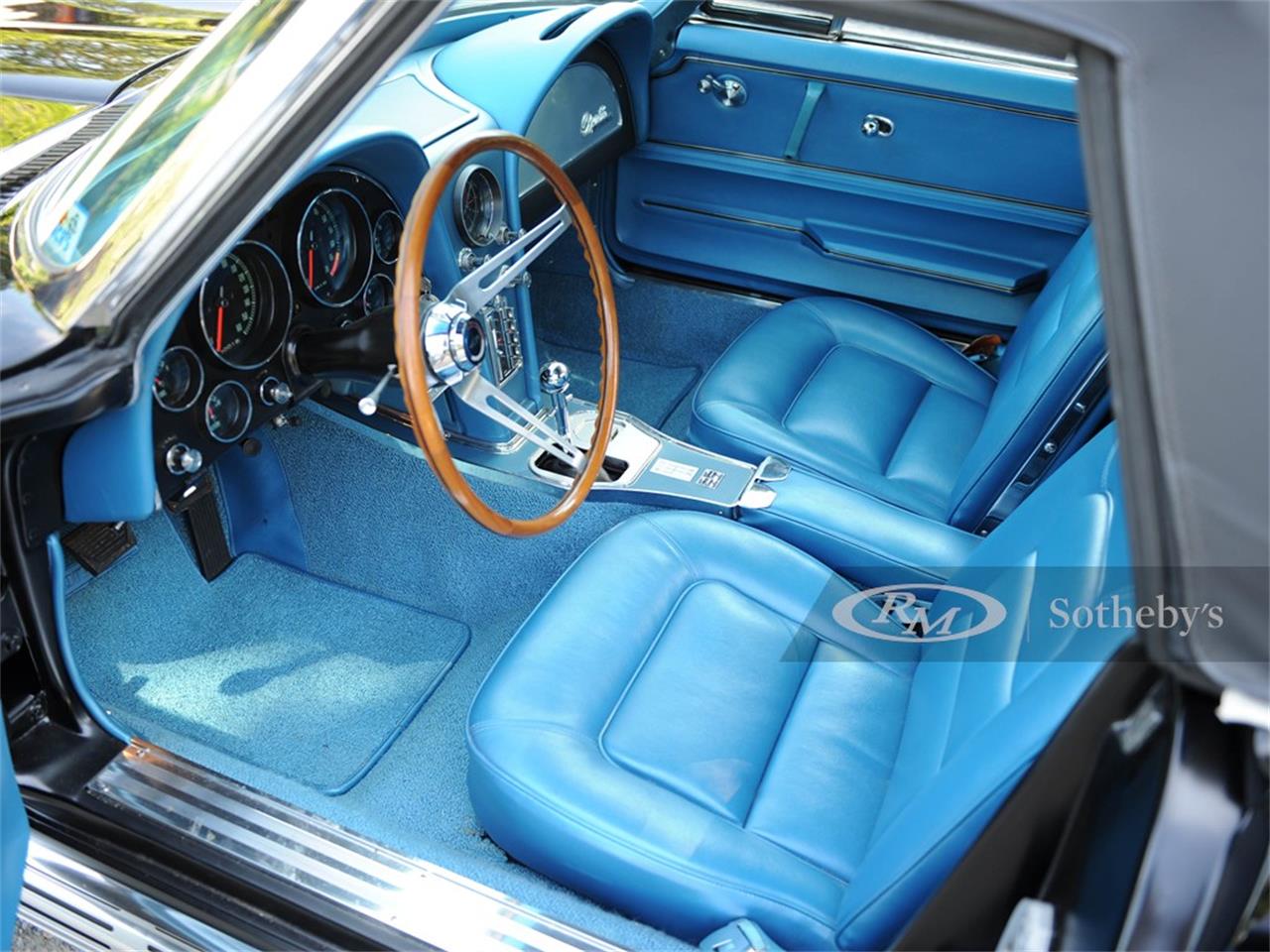 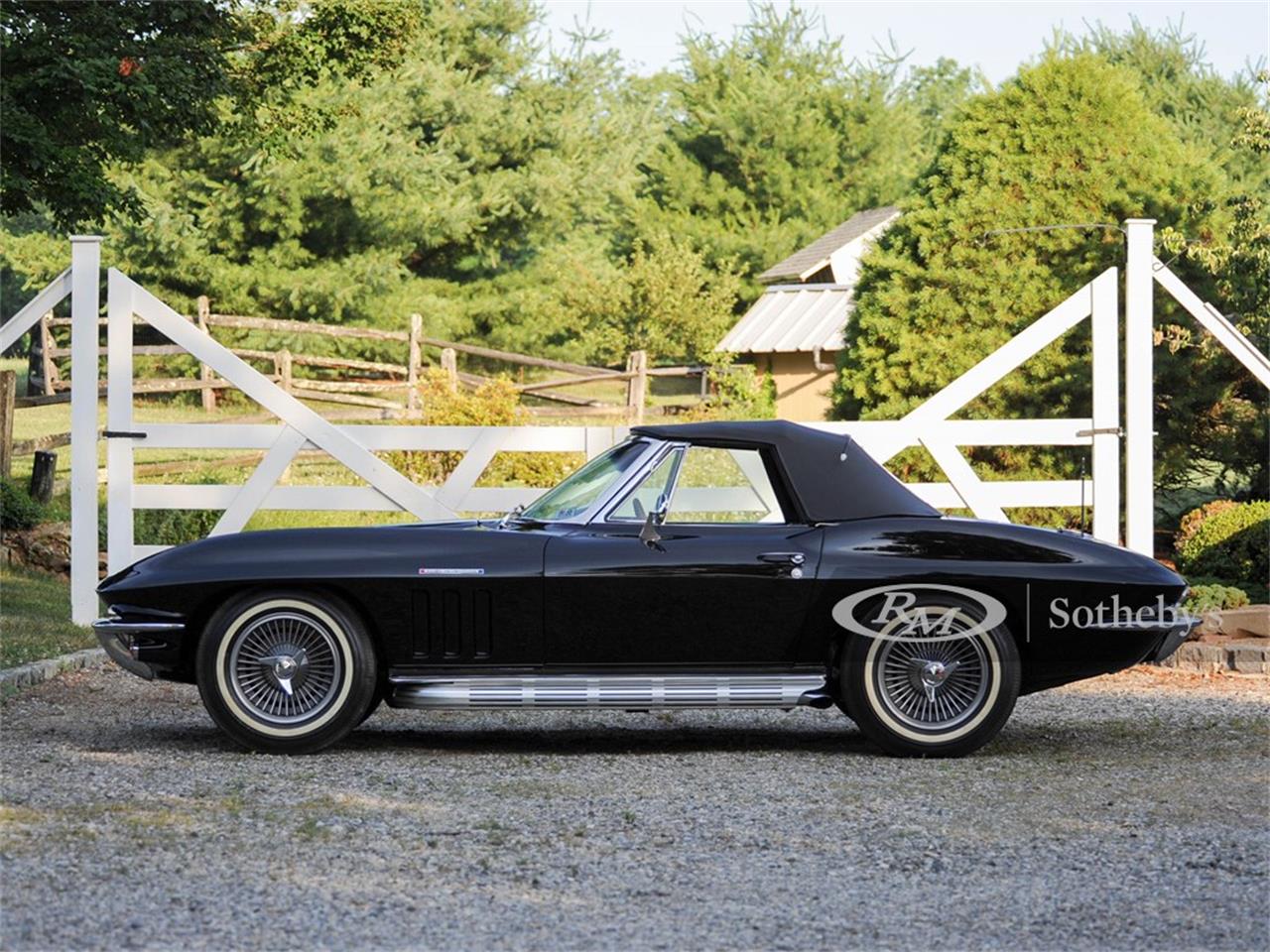 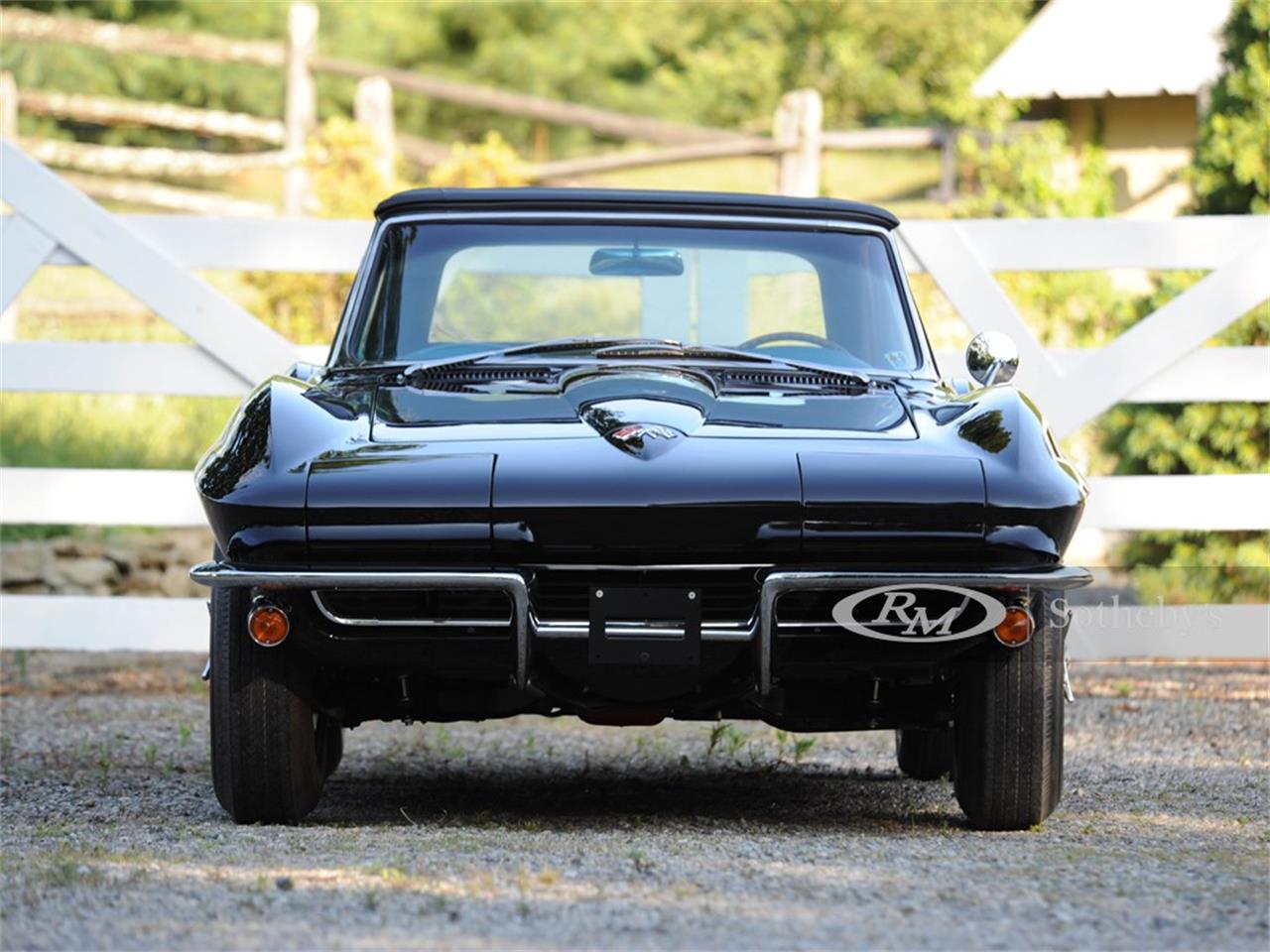 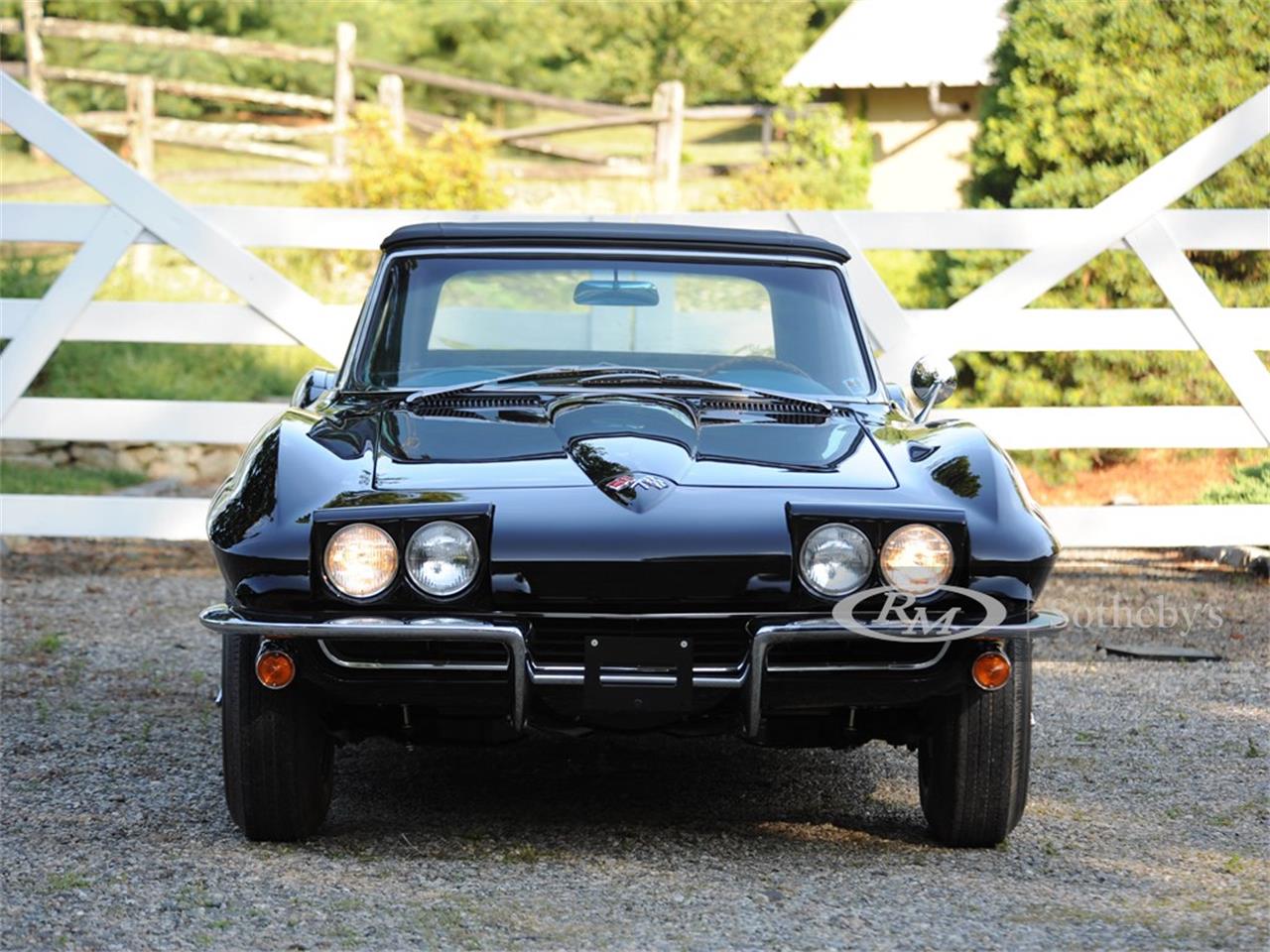 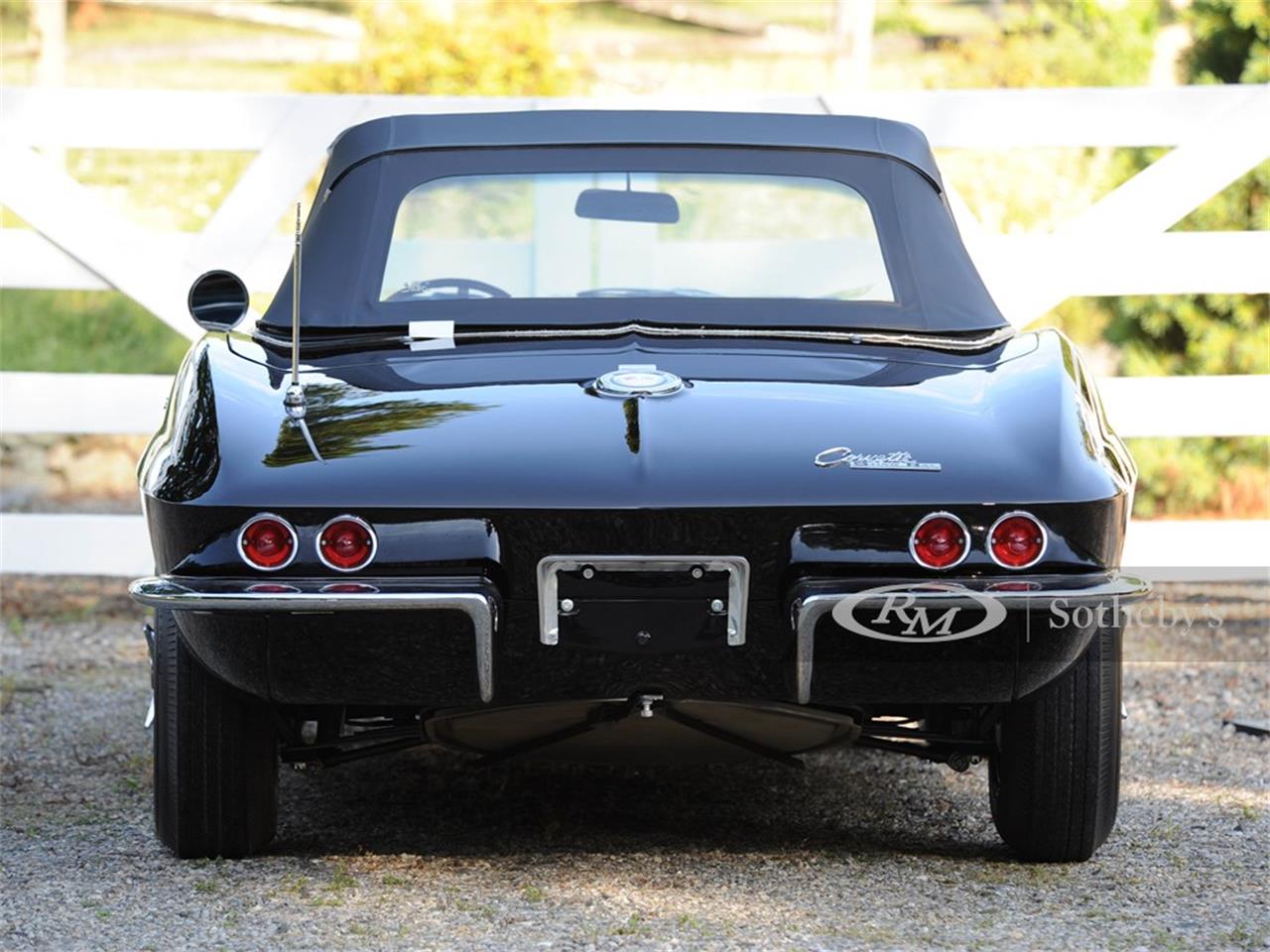 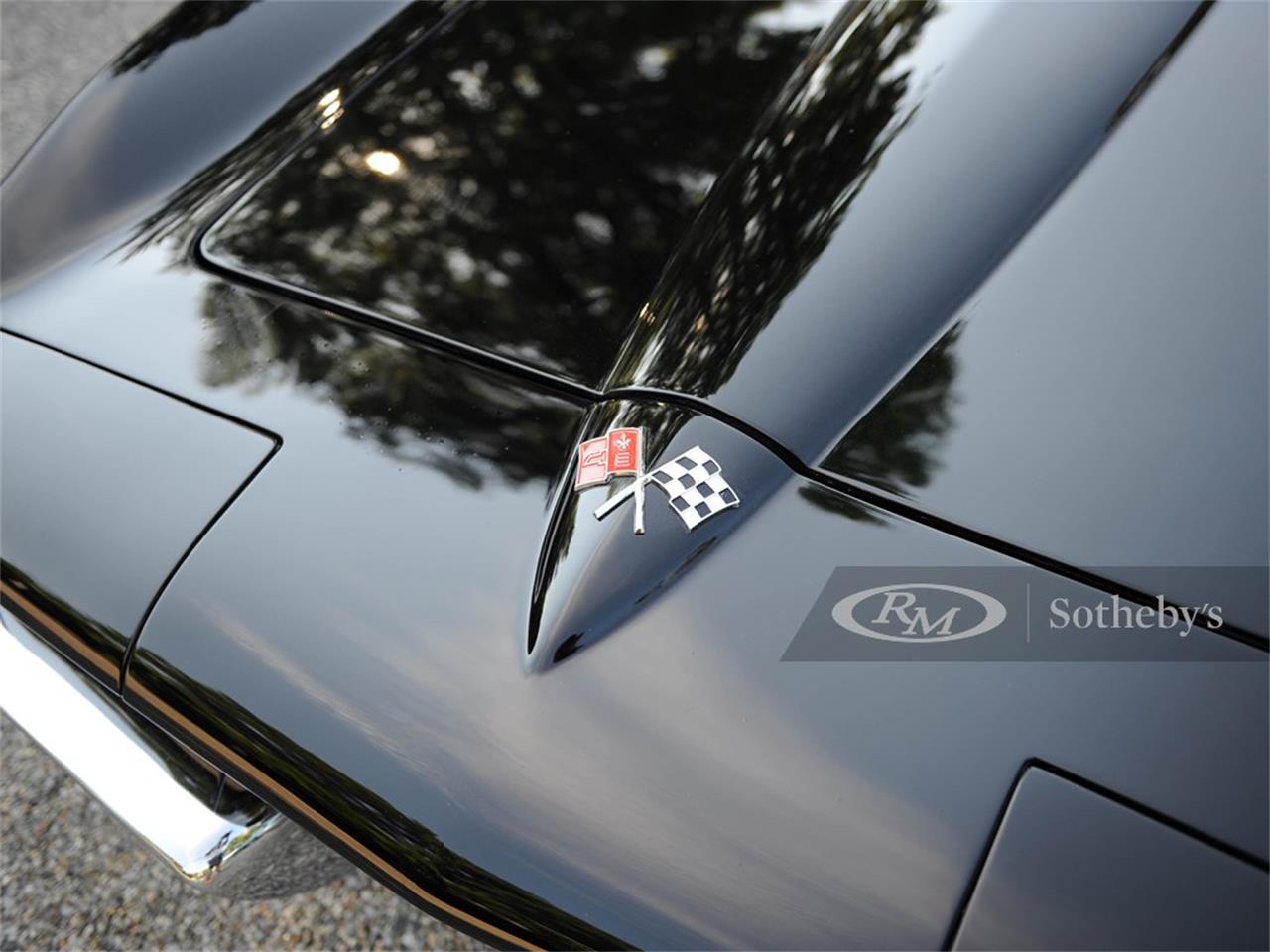 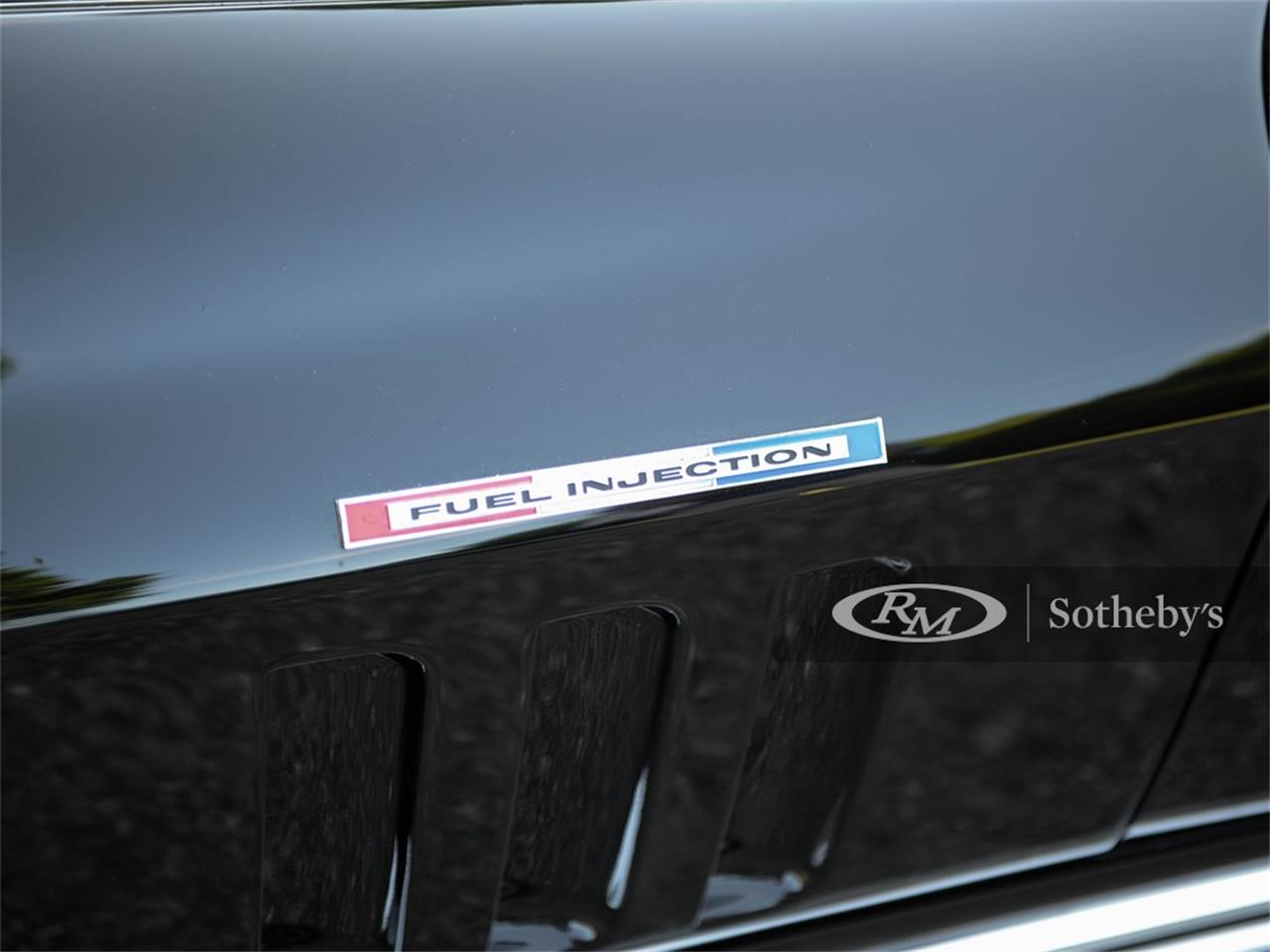 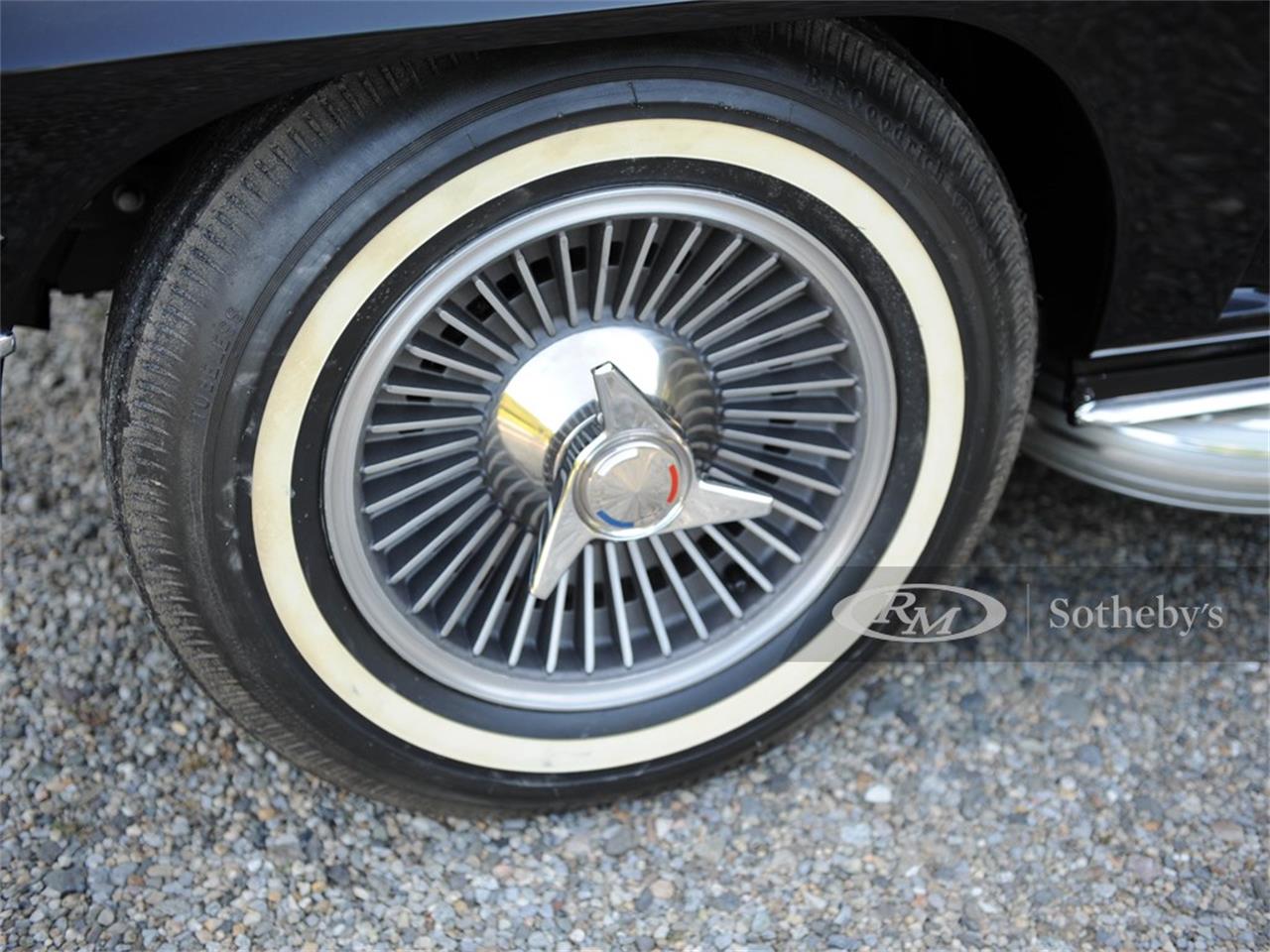 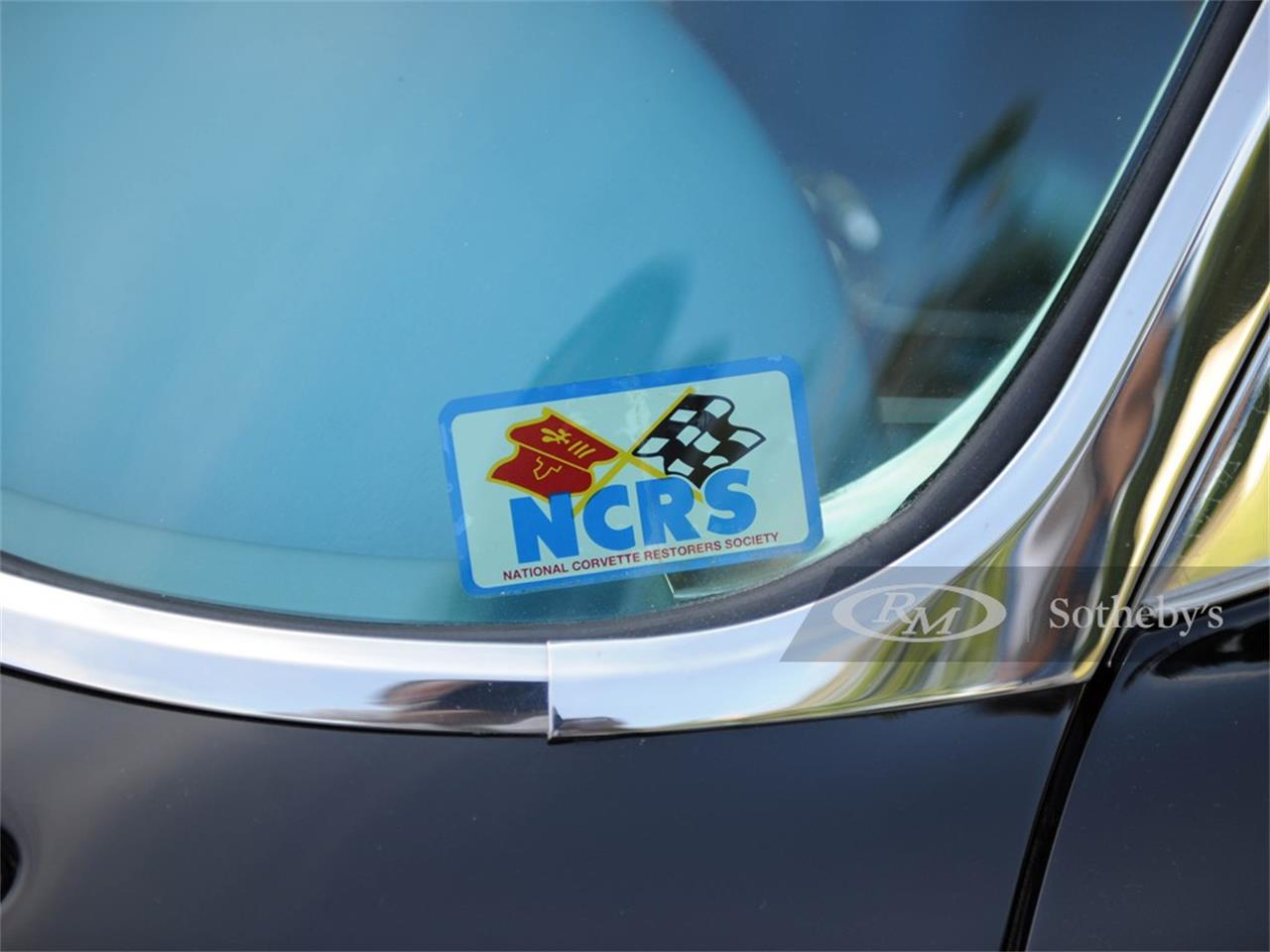 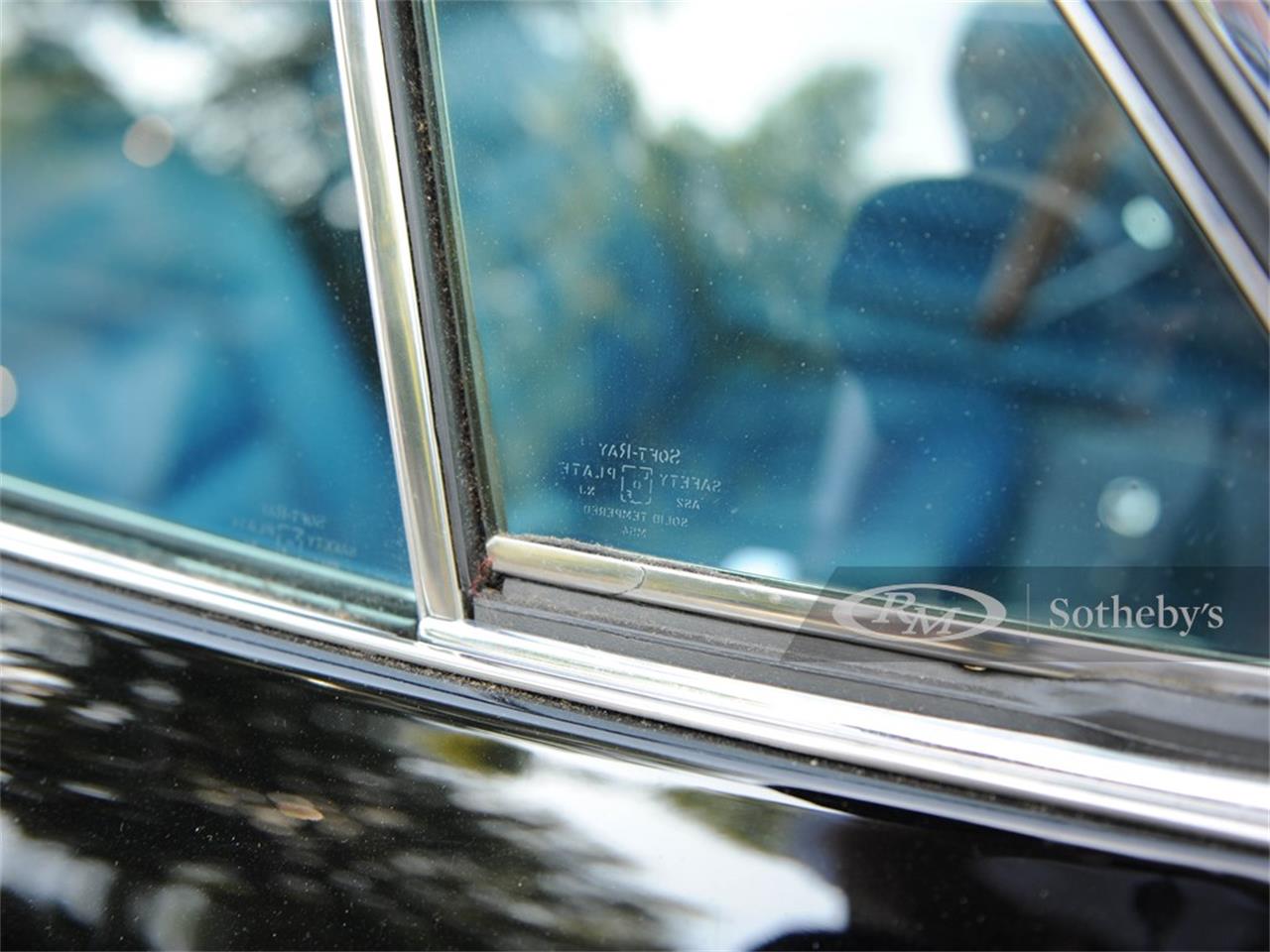 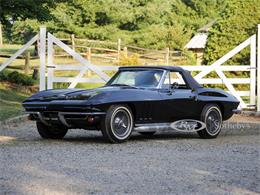 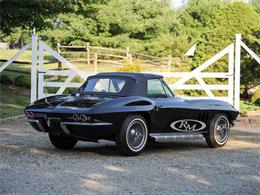 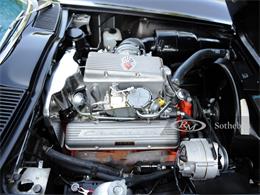 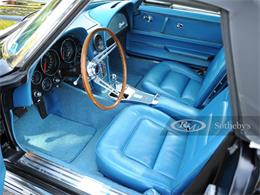 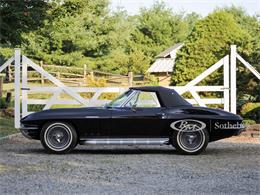 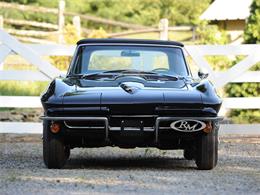 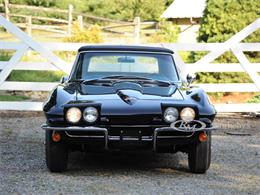 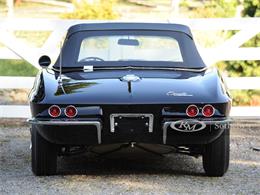 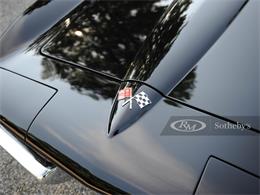 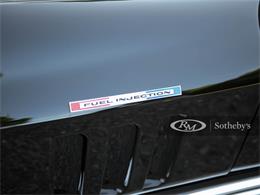 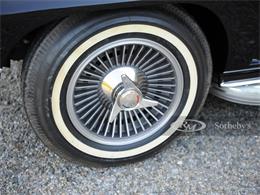 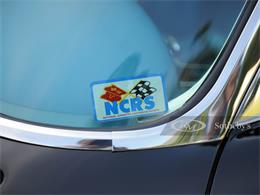 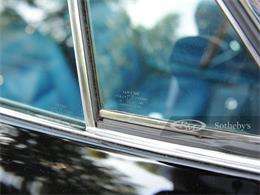 Built on March 15, 1965, this fuel-injected Corvette Sting Ray convertible is an exquisite, highly optioned, and meticulously restored example of a mid-series C2 rarity. Now offered with a 2003 NCRS Top Flight Award and indicating just 18 miles since its older frame-off restoration, this desirable C2 is an eminently attractive opportunity to acquire a concours-grade "Fuelie" from the curated collection of Edward Terry.

It is interesting to note that the 1965 model year would prove to be the last time one could order a C2 Sting Ray with two modern driving conveniences: Fuel injection and disc brakes. This combination, which we take for granted today, would not be offered together again on a Corvette until 1982 when fuel injection was reintroduced. With only 771 of 15,376 1965 Corvette Sting Ray convertibles specified with the fuel injection option, you almost can't blame Chevrolet for striking it from the dealer catalog at the end of the model year-even as this relative rarity when new has made fuel-injected C2s among the most valuable and highly sought of all Corvette variants today.

Accompanying records indicate that this St. Louis-bodied chassis was originally delivered to La Point Chevrolet in Charlotte, North Carolina. Additional factory options presented on this car (and listed on the accompanying window sticker) added a staggering $1,861 US to base MSRP, with several desirable additions strengthening its claim to collectability: a teakwood steering wheel, knock-off wheels, Positrac 4.11 rear differential, and power windows are a sampling the notable options listed.

The optional 327-cubic-inch/375-hp fuel-injected V-8 engine is paired to a Muncie four-speed manual transmission. Despite the list of options selected, the 375 hp small block engine did not require the "heavy load" M21 clutch option, and so this chassis' original order eschewed it. The car did, however, come with the dual side exhaust, an exceptionally rare option present on just 759 Sting Rays from this model year.

Clad in Tuxedo Black over spotless blue vinyl with a black top, the matching blue trim, upholstery, and carpets of this Corvette make for an attractive monochrome interior aesthetic interrupted by chrome elements such as the gauge bezels and shifter assembly. The 15-inch center knock wheels are presented with period-style B.F. Goodrich whitewall tires.

Fresh off winning a NCRS Top Flight award the year prior, this Corvette was acquired by Terry in 2004 and has since been held in a climate-controlled garage and rarely exhibited at events over the past 16 years. The earlier frame-off restoration was reportedly completed sometime in the late 1990s by noted workshop D & A Corvette Restorations of Gillespie, Illinois. Additionally, accompanying paperwork confirms that the fuel injection system was entirely overhauled contemporaneously by noted Corvette fuel-injector specialist John DeGregory of Greensburg, Pennsylvania. Further inspection of all visible Rochester-branded injection components attest to their proper sequence numbers.

In short, this 1965 convertible is a rare and desirable Corvette Sting Ray "Fuelie" made even more attractive to the discerning collector by its long list of factory options and its time spent in the meticulous custodianship of Edward Terry. An American icon worthy of any serious stable, this car is accompanied by NCRS award documentation, an owner's guide, unrestored hardtop, jack, window sticker, and period model literature.To view this car and others currently consigned to this auction, please visit the RM website at rmsothebys.com/en/auctions/0520. 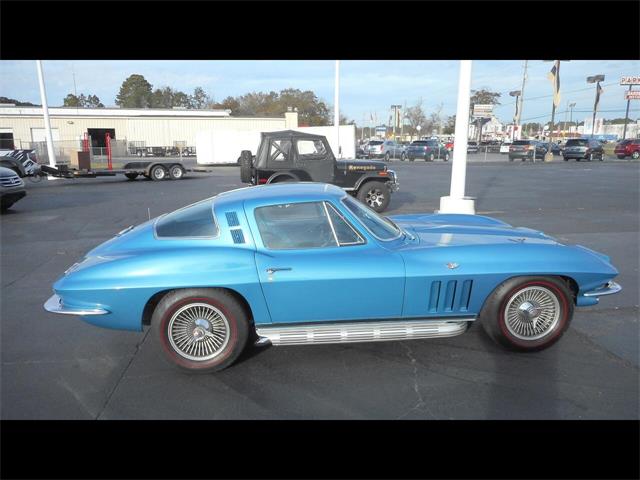 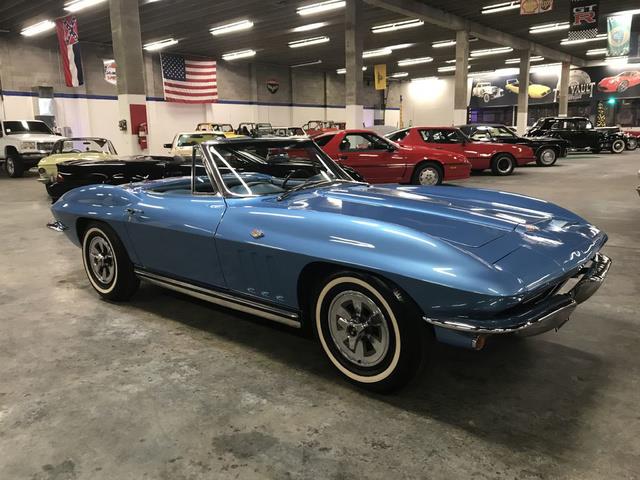 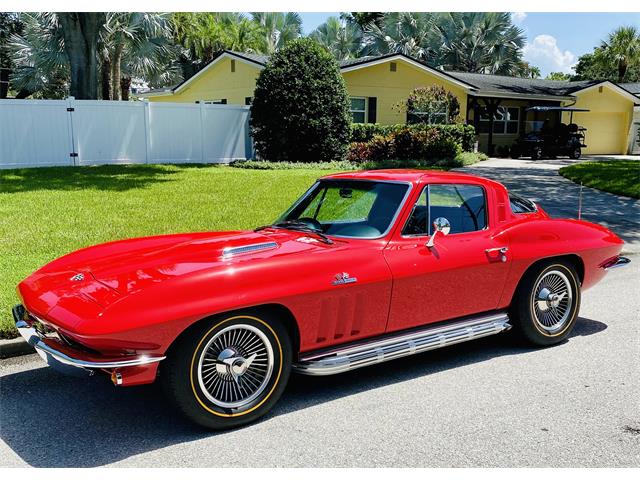 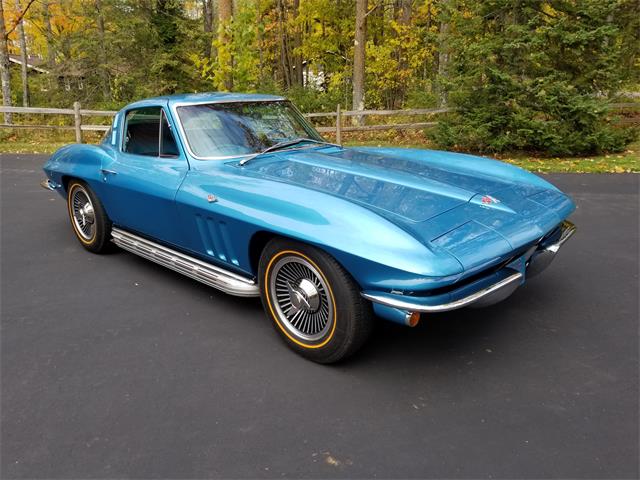