For Sale at Auction: 1956 Alfa Romeo Giulietta in Auburn, Indiana 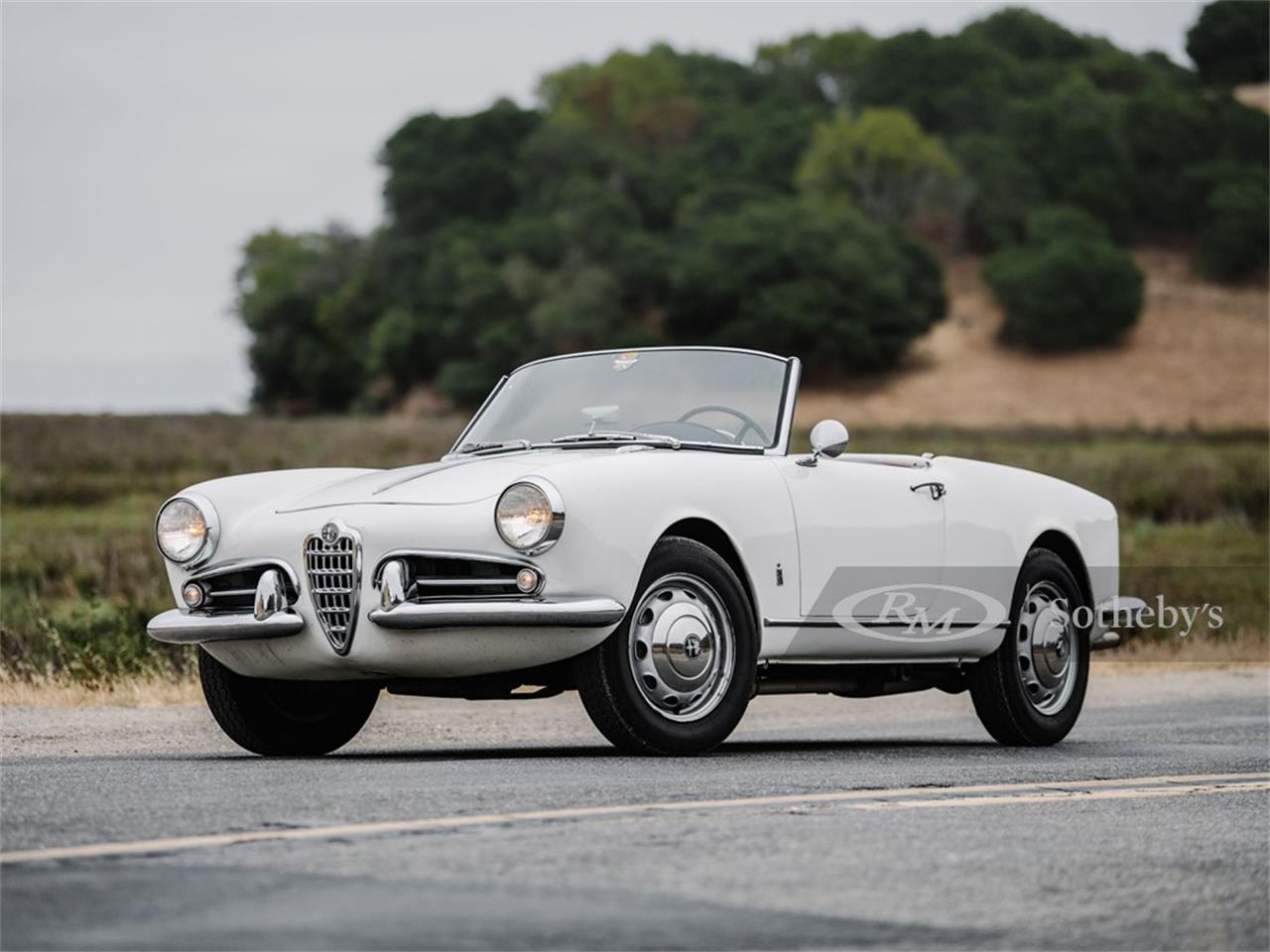 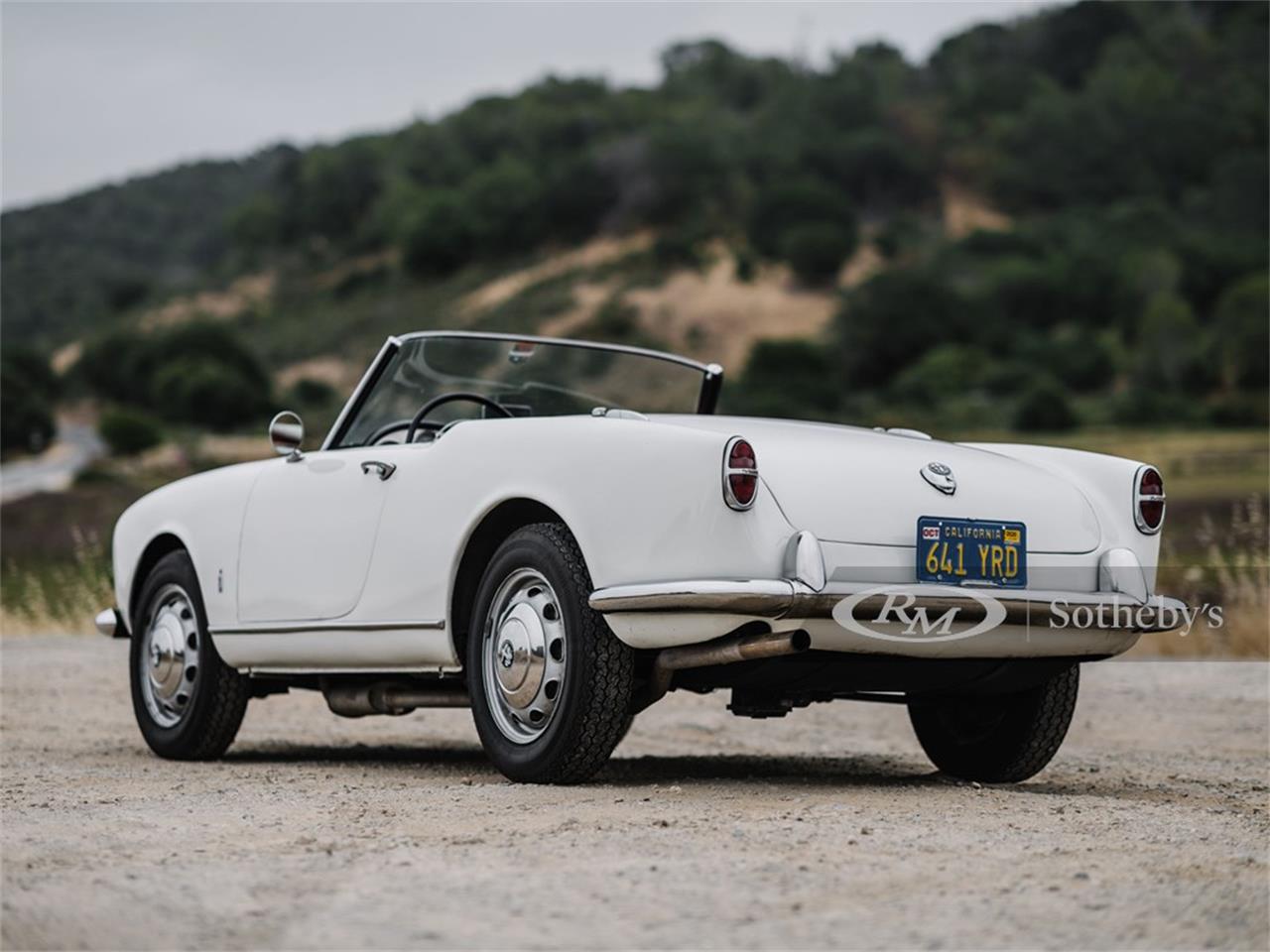 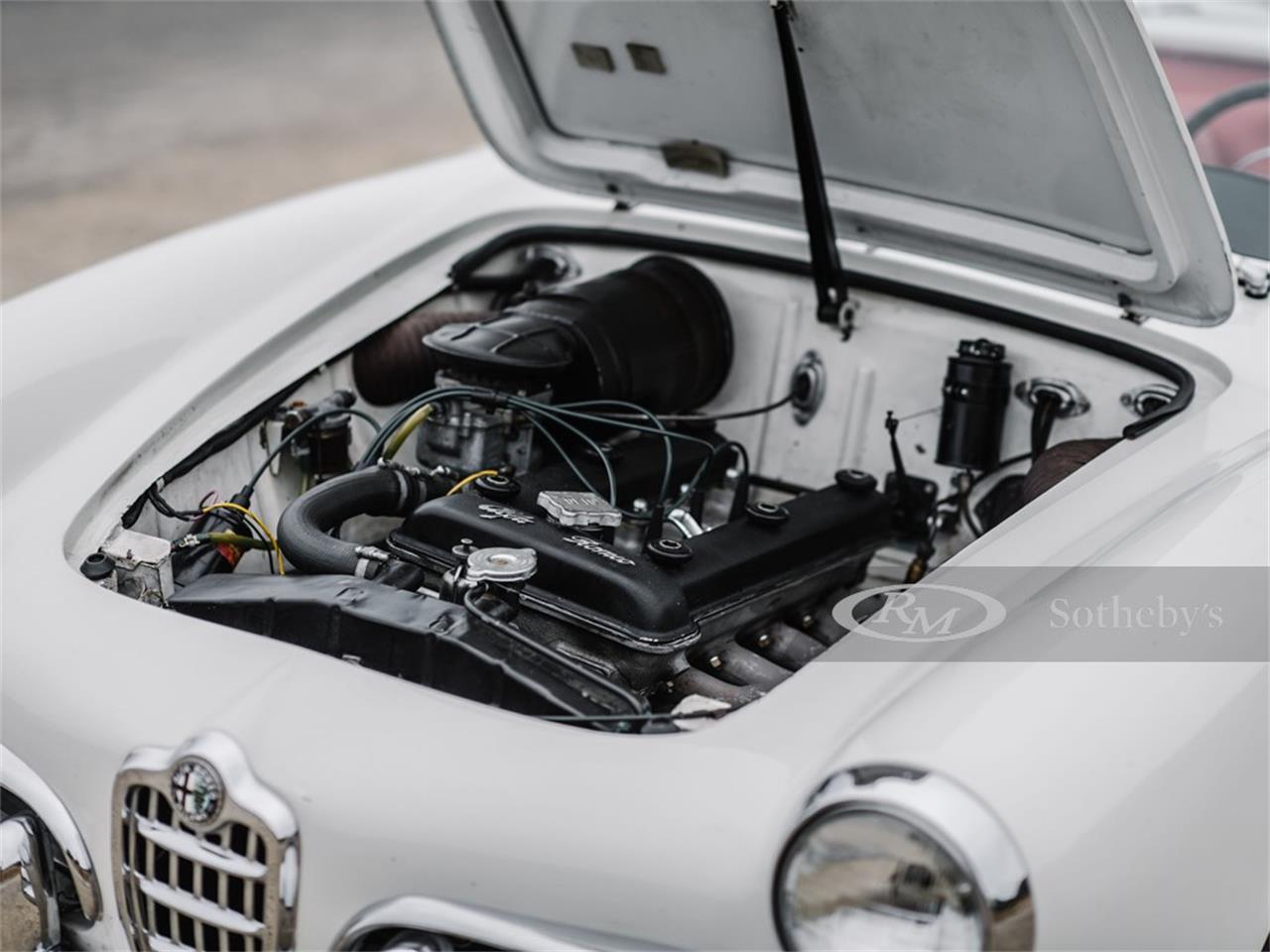 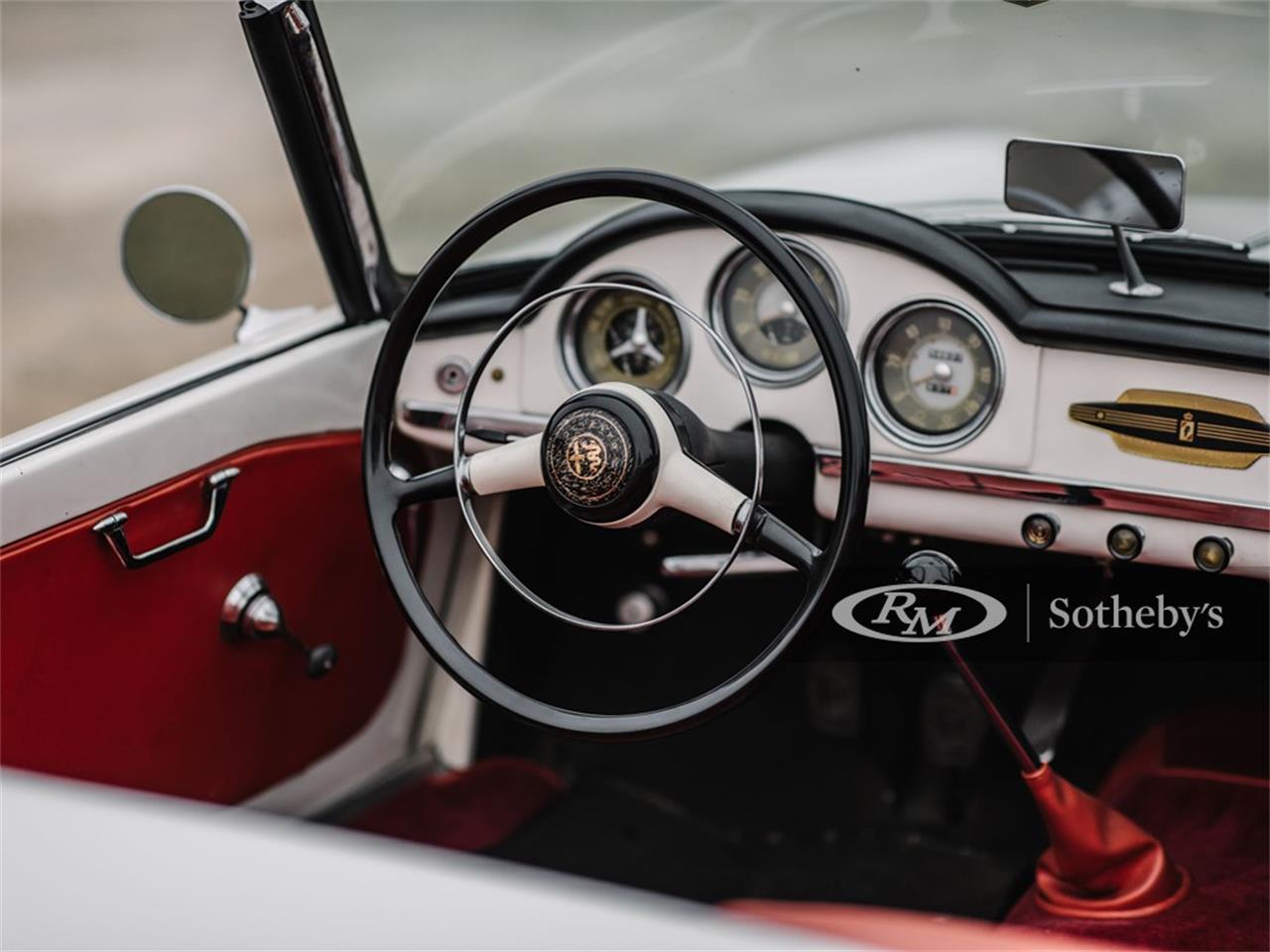 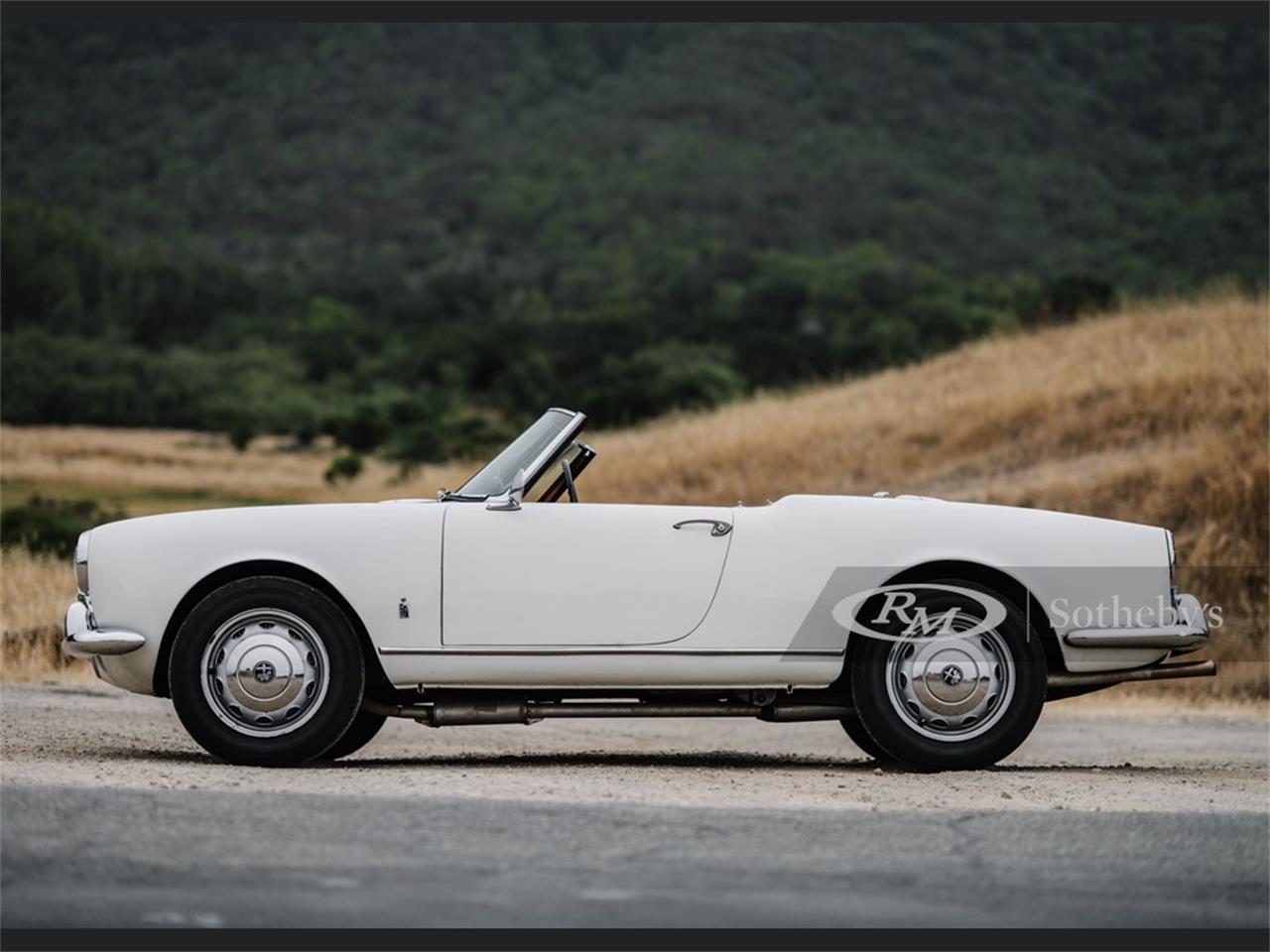 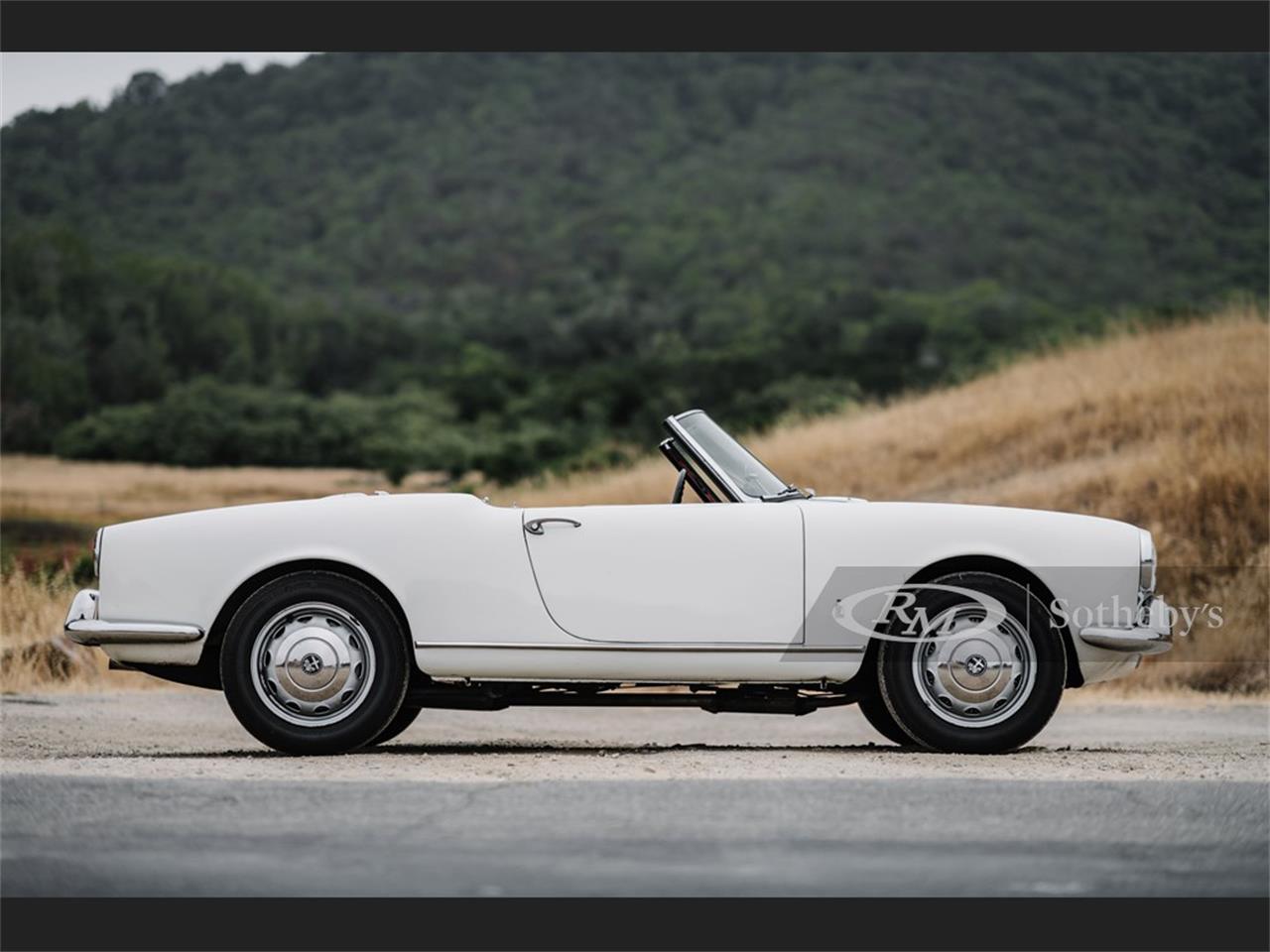 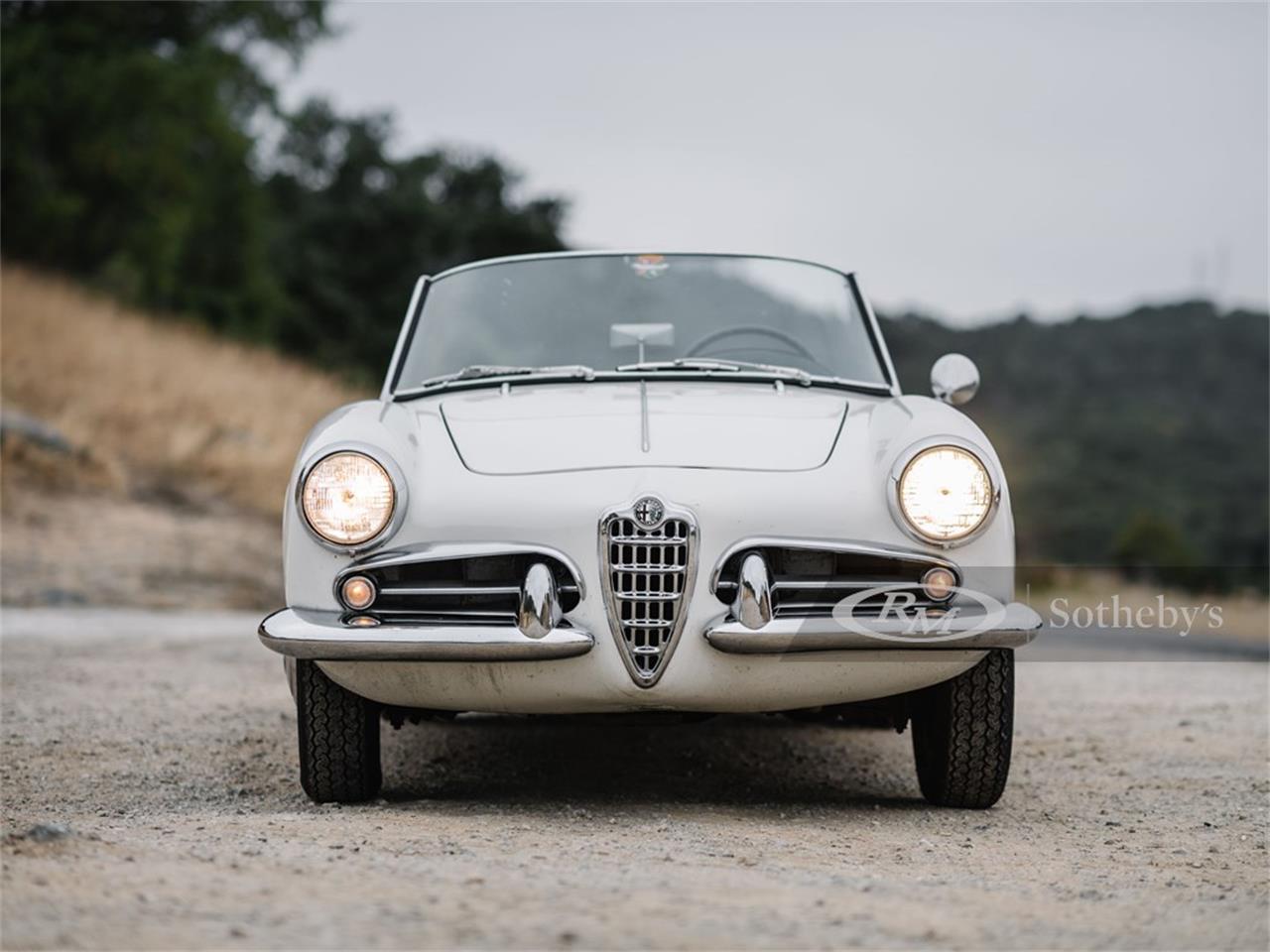 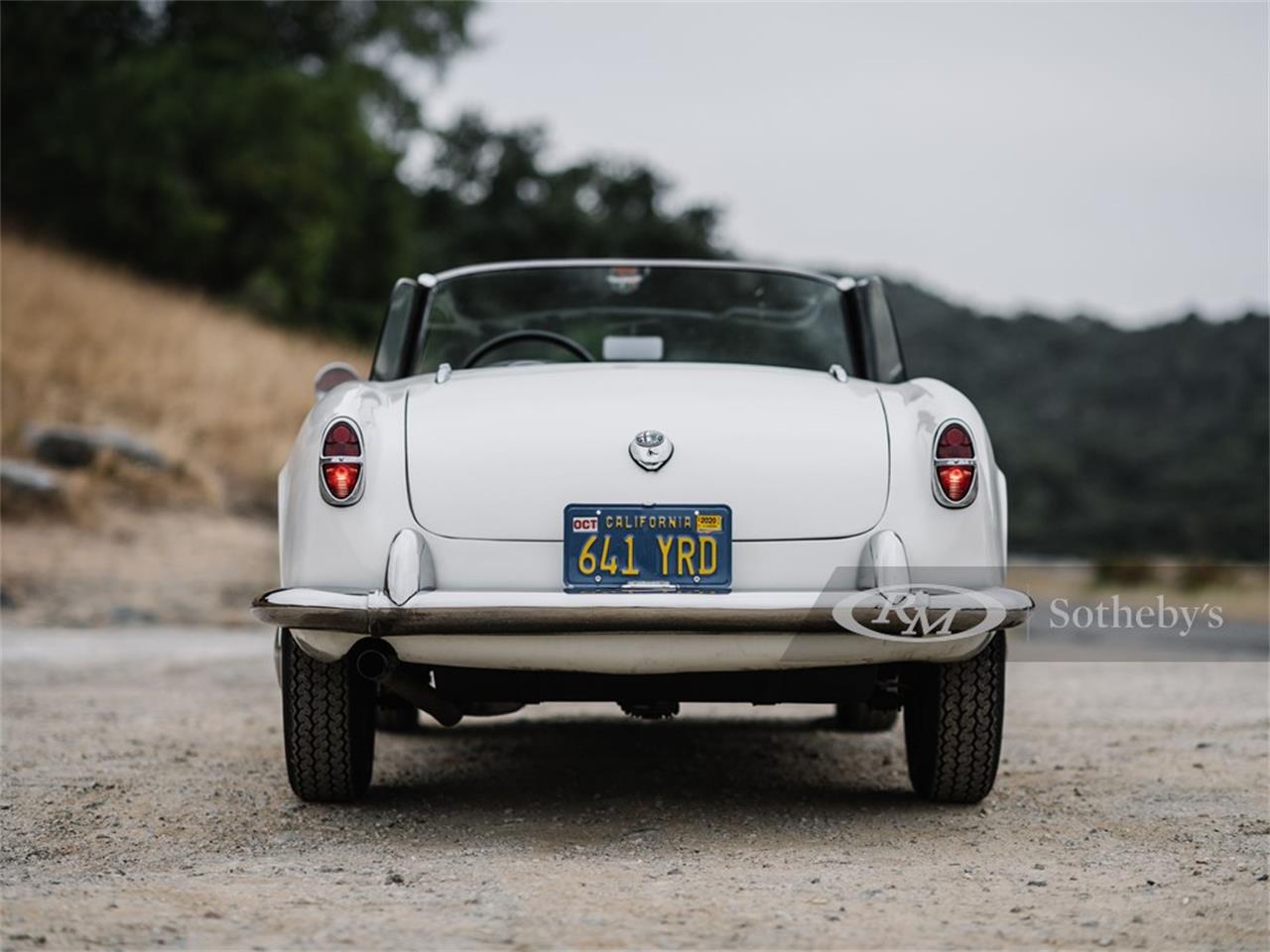 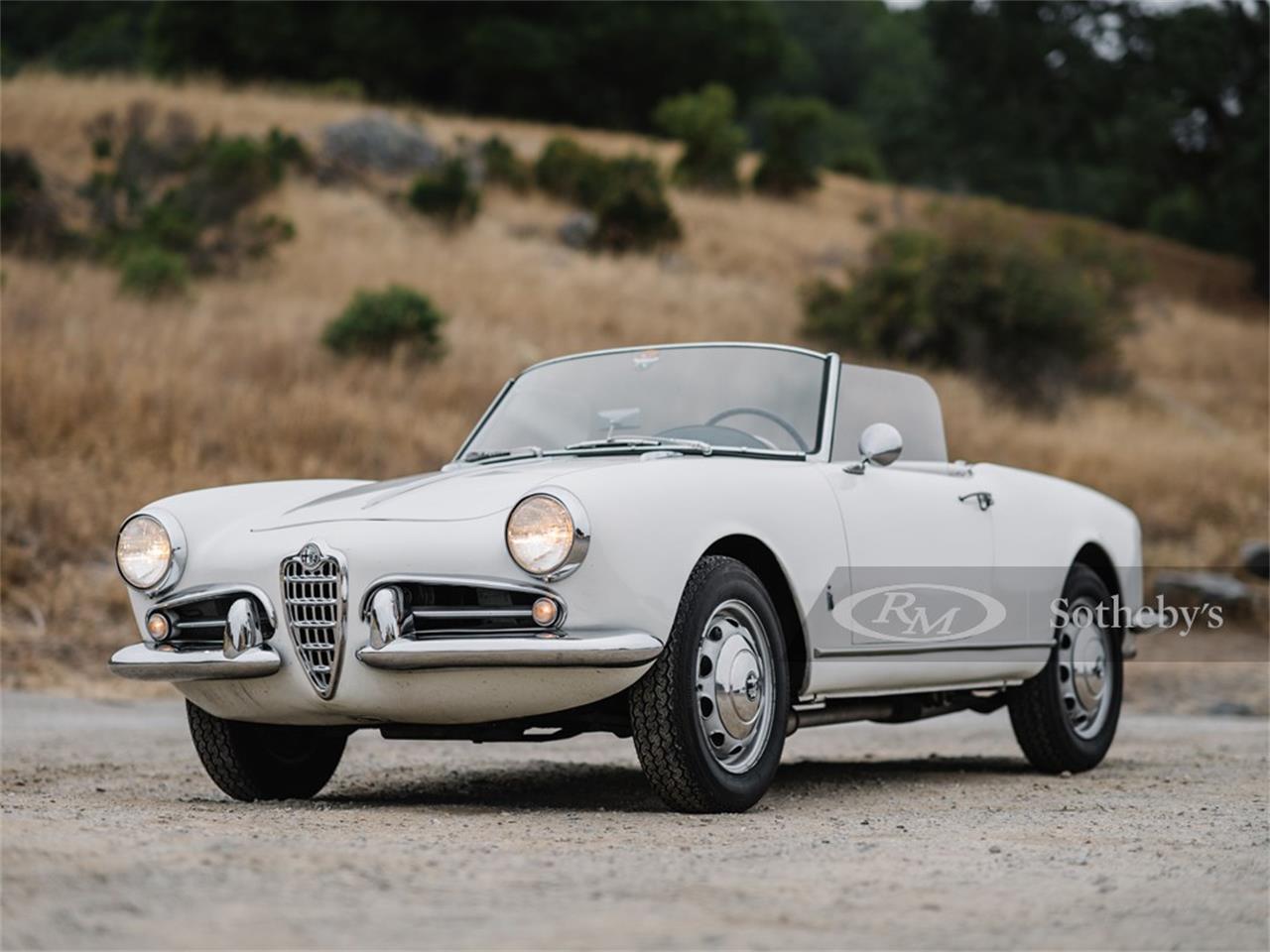 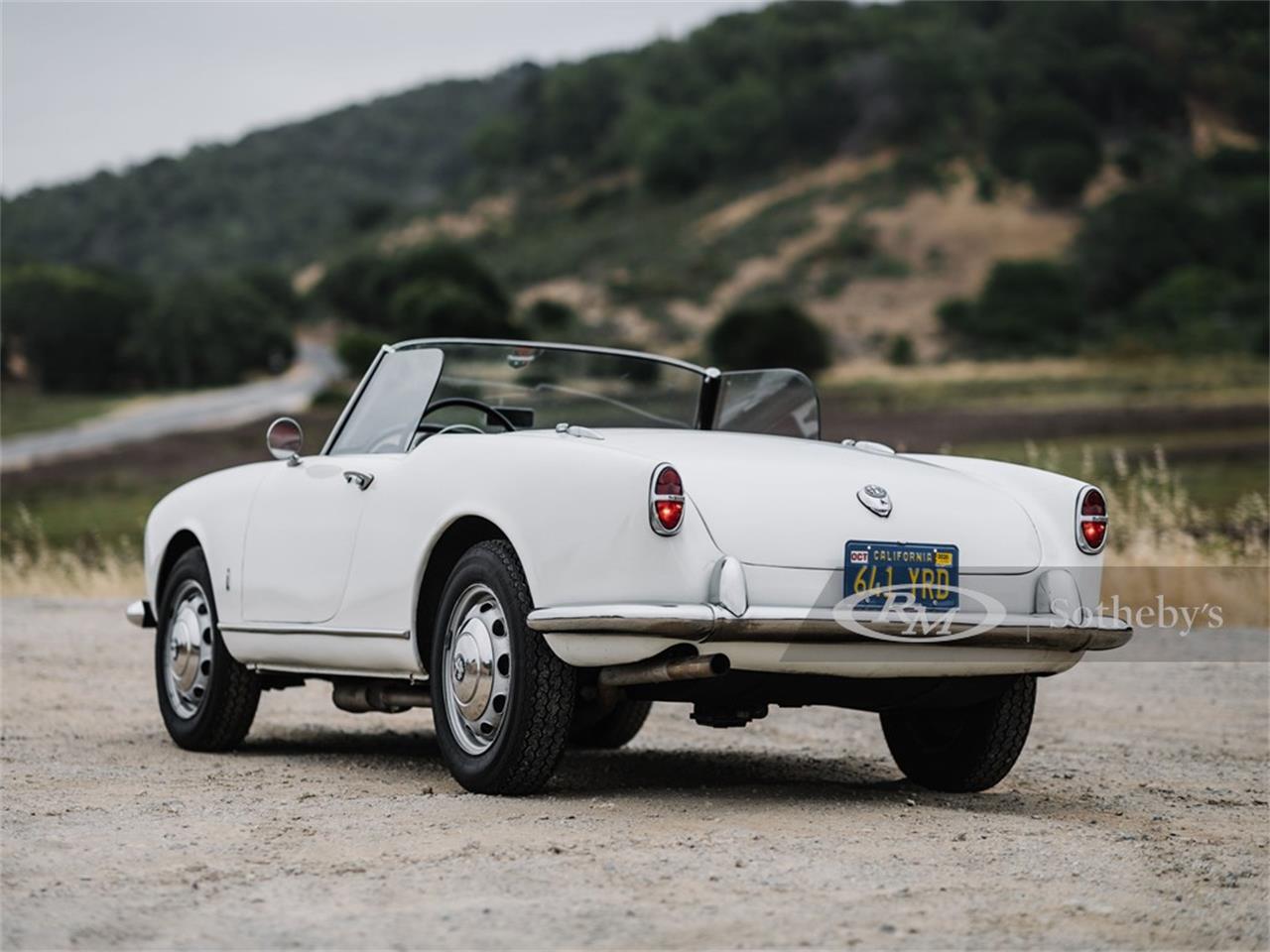 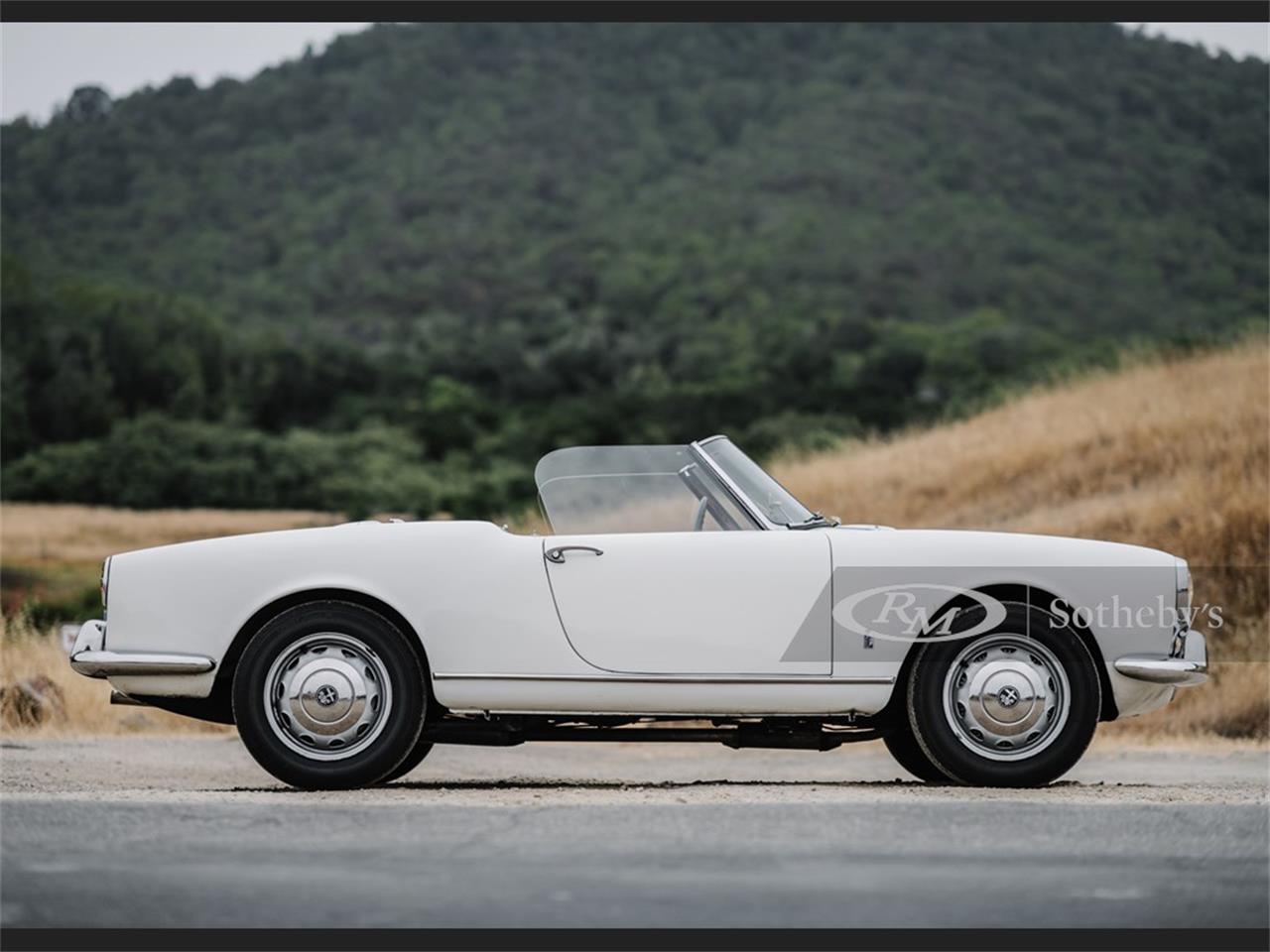 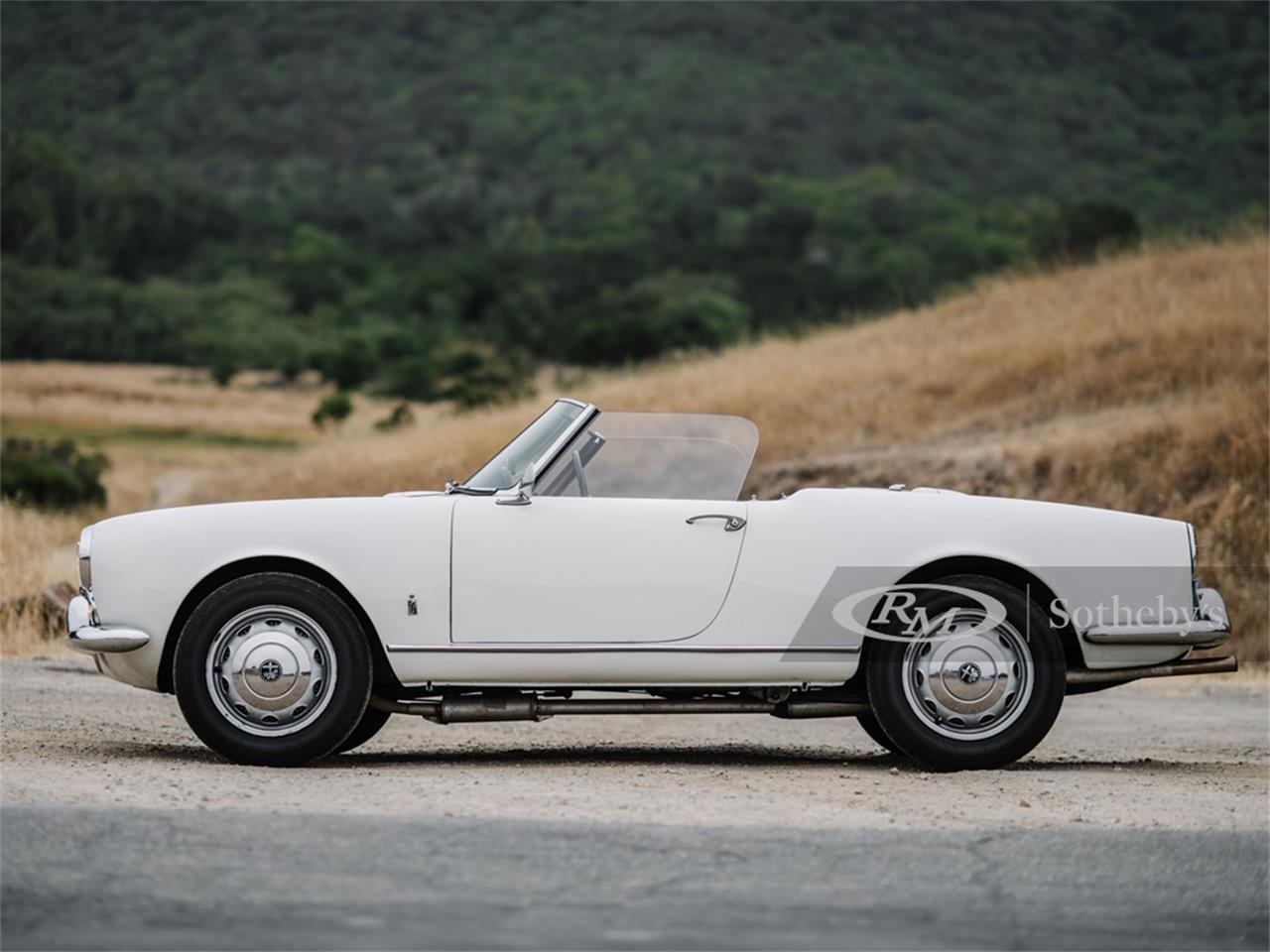 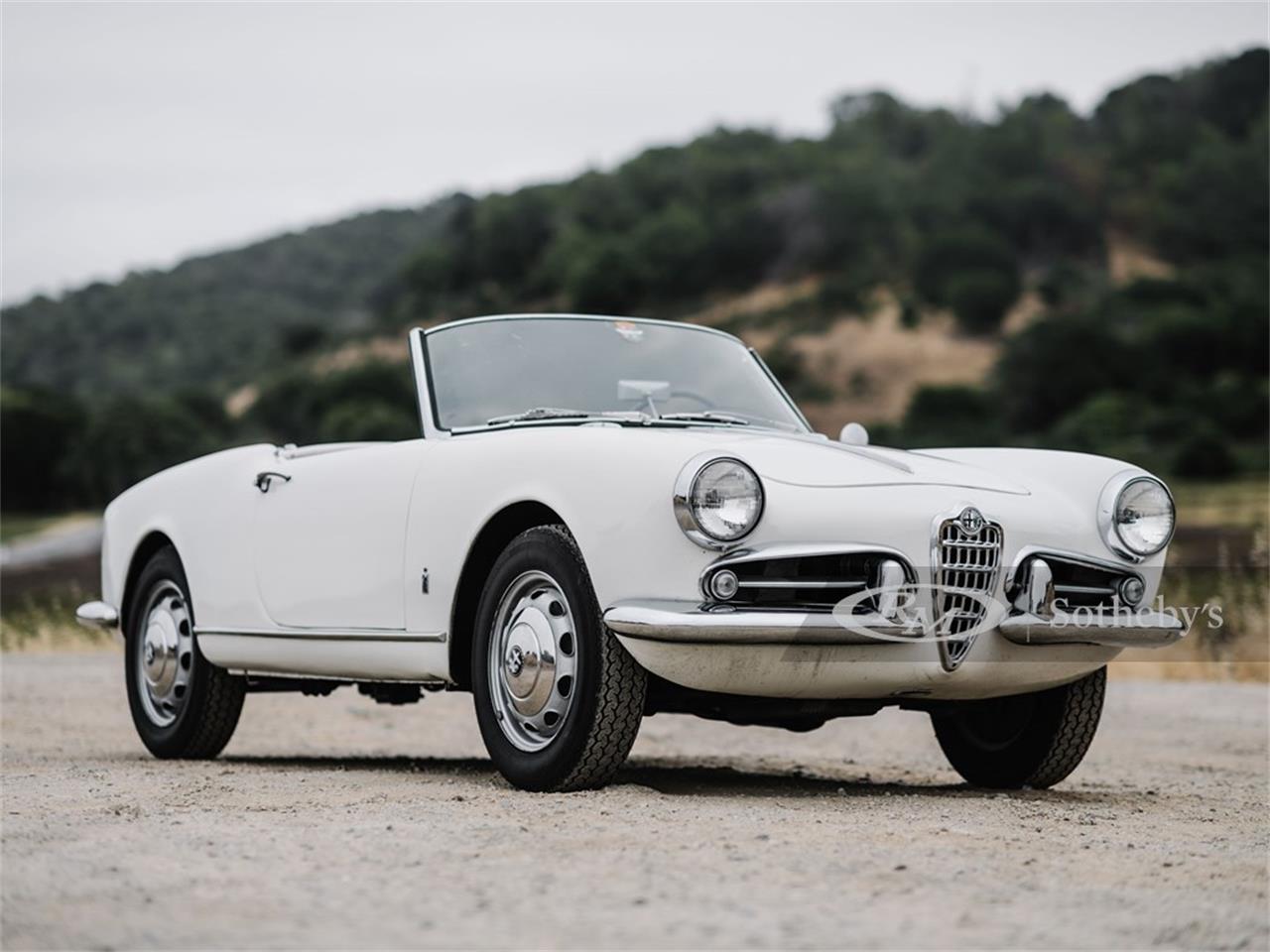 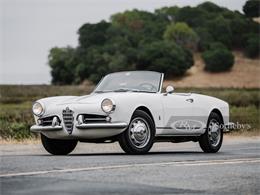 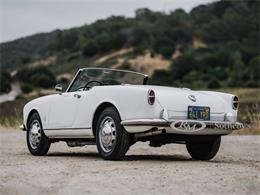 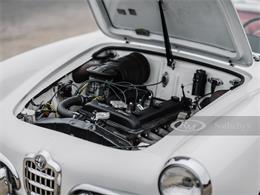 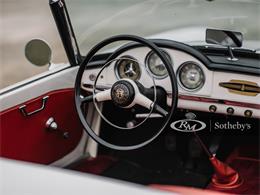 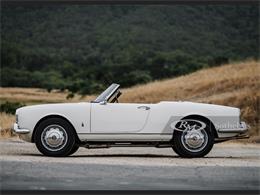 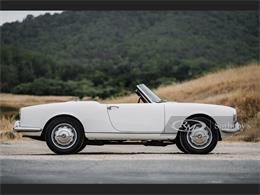 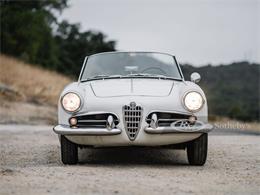 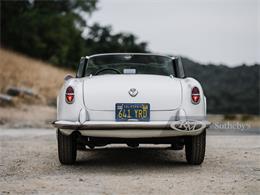 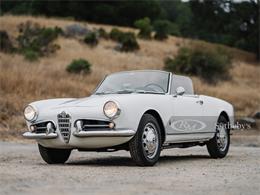 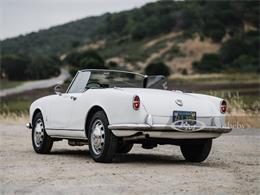 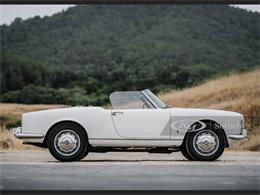 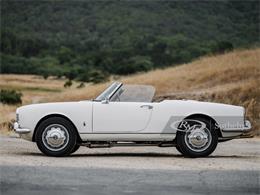 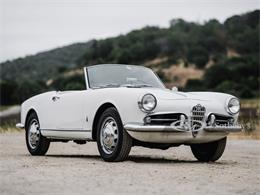 Alfa Romeo established the "small car, big performance" formula that would characterize the marque's finest offerings when they introduced the Bertone-styled Giulietta Sprint in 1954. The Italian marque's twin-cam inline four-cylinder engine was downsized to 1,290-cc for the 750-series Giulietta, utilizing an alloy cylinder block in the process. The Sprint coupe was joined shortly afterwards by the berlina and spider versions, the latter styled by Pinin Farina and built on a slightly shorter wheelbase.

The Giulietta Spider's combination of a rev-happy engine, fine handling, a responsive chassis, and good brakes made the Giulietta a driver's car par excellence, arguably superior in driving dynamics when compared with its primary competitor, Porsche's 356 Cabriolet and Speedster. These timelessly styled Italian beauties continue to attract discerning enthusiasts today and are a preferred choice for vintage rallies and events.

This 1956 Alfa Romeo Giulietta Spider dates to the first series of production for the model; it is the 228th Giulietta Spider produced according to its chassis number. Being an early short-wheelbase 750D series Spider, it is identified by several distinguishing features, such as the small taillights that are much beloved on these early cars, as well as its "tunnel-case" four-speed floor-shift gearbox. It is a US model, as evidenced by its English-language gauges and MPH speedometer.

Importantly, the Giulietta retains its original matching numbers engine as well as its original under-hood data tag. It has enjoyed long-term California ownership, having been with its current owners amongst a stable of vintage Alfa Romeos since 2003. Prior to that, it was looked after by a woman from California for many years -- its 1970s-era California blue plates serve as a testament to its tenure in the Golden State.

Cosmetically it is best described as a driver, with an older repaint in what is believed to be the original white, and red upholstery done using correct style materials. An older black cloth soft top (replaced in 2004) stows behind the seats. Brightwork is presentable yet shows its age in places, and panel fit throughout is slightly indifferent. Some evidence of prior bodywork can be found upon inspection, yet the car drives straight and true, and is absolutely a delight out on the open road. In short, it is not a Concours candidate but rather an ideal choice for an event "driver" that can be enjoyed without guilt or reservation.

In that capacity, it has been driven regularly both on weekend drives to the coast for oysters, as well as more serious multi-day motoring expeditions such as the California Mille, an event it has finished on several occasions. All told, it has been driven over 7,000 miles in its current ownership, with approximately 1,500 miles added in the past five years. It makes good power and wonderful noises from the original high-revving 1,290-cc inline four-cylinder, with a raspy and satisfying exhaust note. A 4.10 ratio rear axle has been fitted and the engine has been upgraded with a single Weber downdraft carburetor - two subtle modifications that offer more spirited performance. The four-speed tunnel case gearbox shifts confidently, responding best to a driver who understands how to properly rev-match and double de-clutch.

Many correct details and finishes can be found throughout. The interior features the correct original steering wheel, shift knob, gauges, switchgear, and Pininfarina radio-delete plate. The full-size spare tire and jack are cleverly stored underneath the top. All factory trim is present, and door window glass are the original Securit items. The engine bay is tidy, and an original body number tag is found spot welded to the hood. Upon close inspection underneath, the tunnel case gearbox bears stamping '188', while the rear differential housing bears '217', both of which appear to be strong indicators of originality given the car's early chassis 228.

A significant file of service receipts documents restoration work and maintenance by Alfa Romeo specialists since the car was acquired by Martin Swig in 2003. Noted Alfa restorer Conrad Stevenson did a great deal of work on the car in the 2003-2007 period, including major work to the engine, replacement of the exhaust system, the fitment of a 4.10 ratio rear axle, as well as an alternator and negative ground conversion. Additional significant sorting work was also performed to get the car event-ready and reliable. From 2008-2011 maintenance was entrusted to Larry Buskirk's Italian Auto Repair of Novato, California.

In recent years, the Giulietta has been cared for by Alfaman of Novato, California. It received a major service in 2016, in which all fluids were drained and replaced, the cooling system was flushed, a new brake master cylinder was installed, and various other items such as an axle seal were attended to. In 2018 a fresh set of Vredestein Sprint Classic tires were installed, the transmission mount was replaced, and a new alternator was fitted.

Bound to provide many more miles of Italian open-air adventure, this example of Alfa Romeo's beloved Giulietta Spider will surely become a favored motoring companion.
To view this car and others currently consigned to this auction, please visit the RM website at rmsothebys.com/en/auctions/0520.