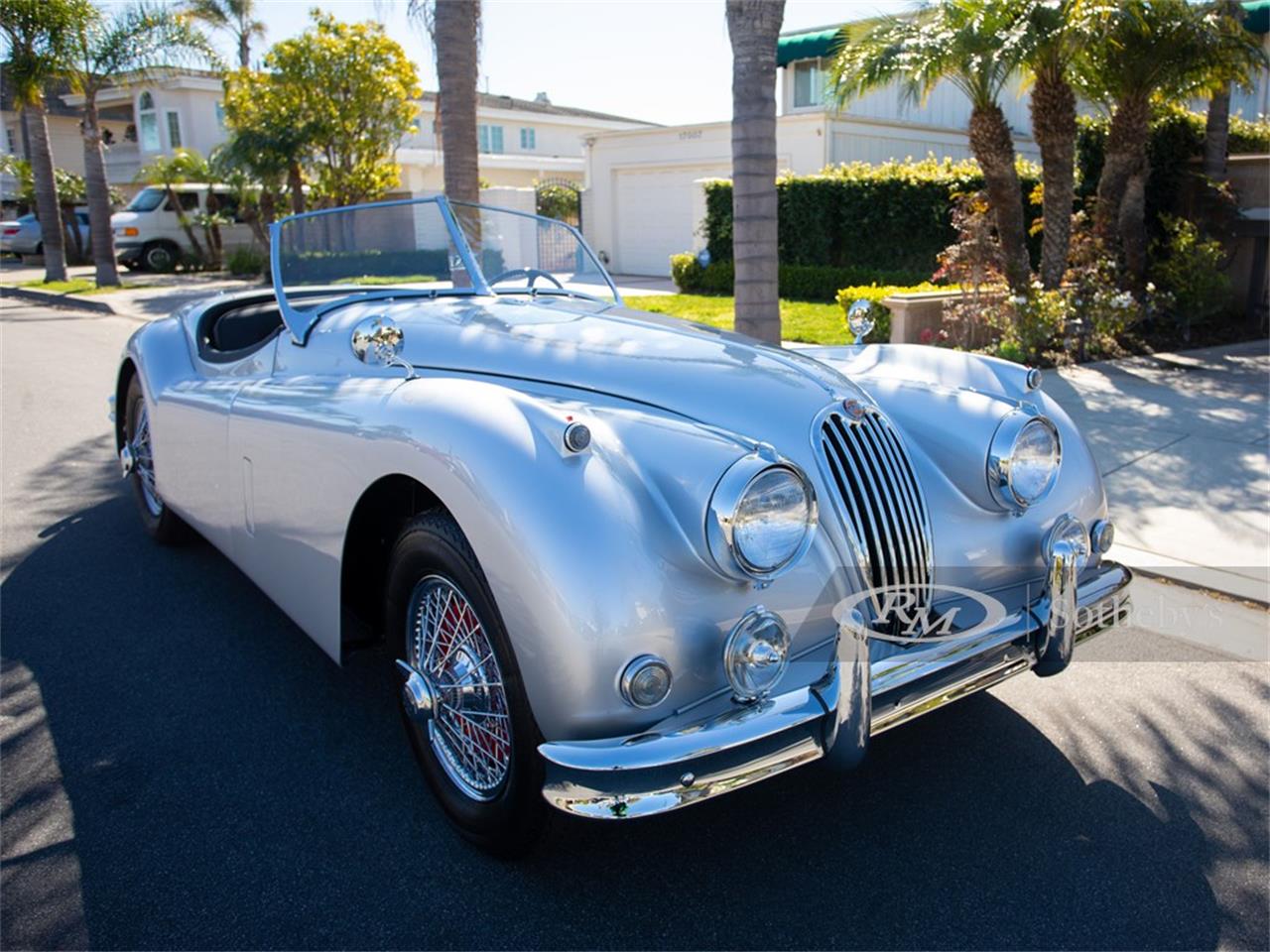 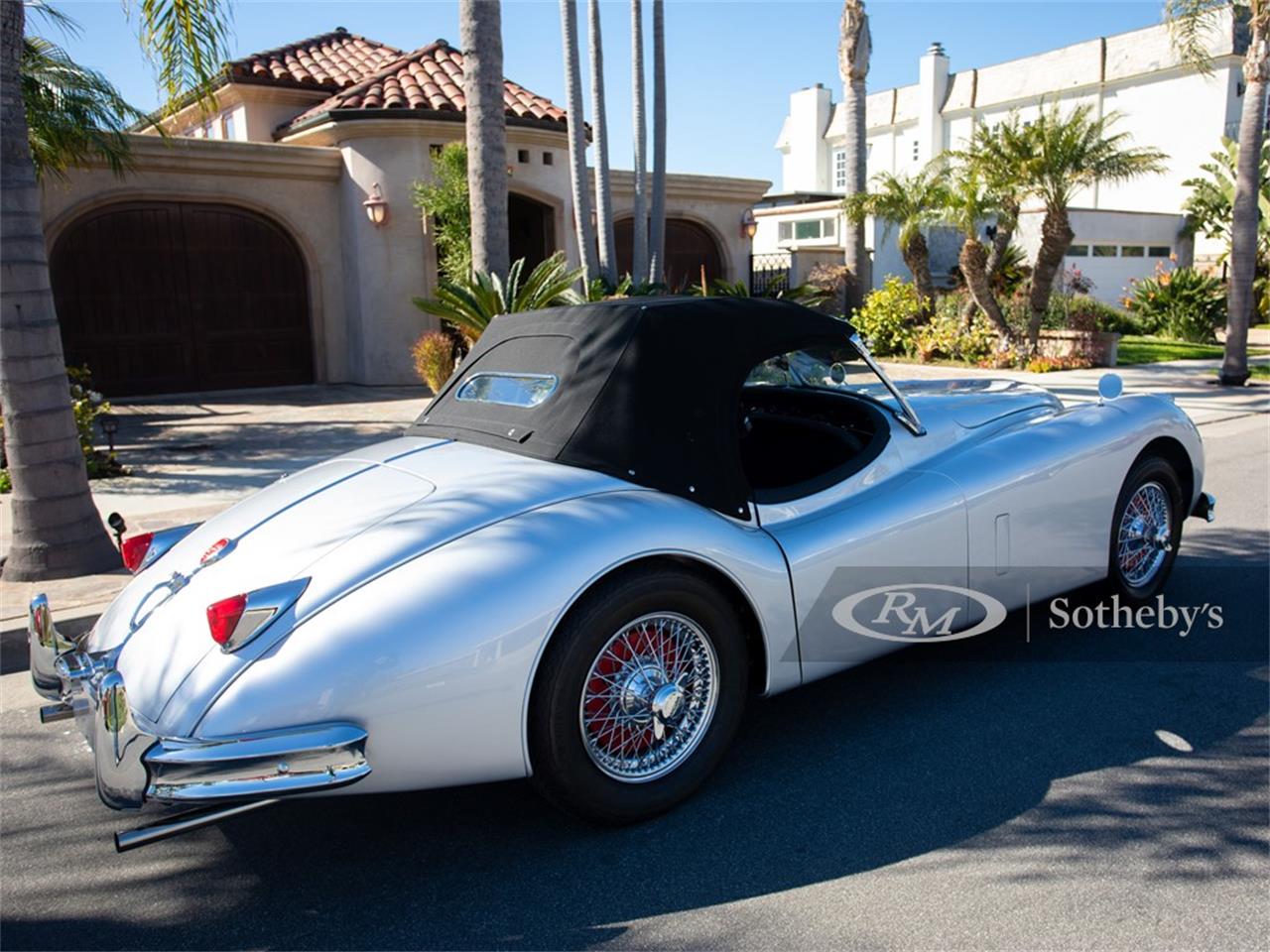 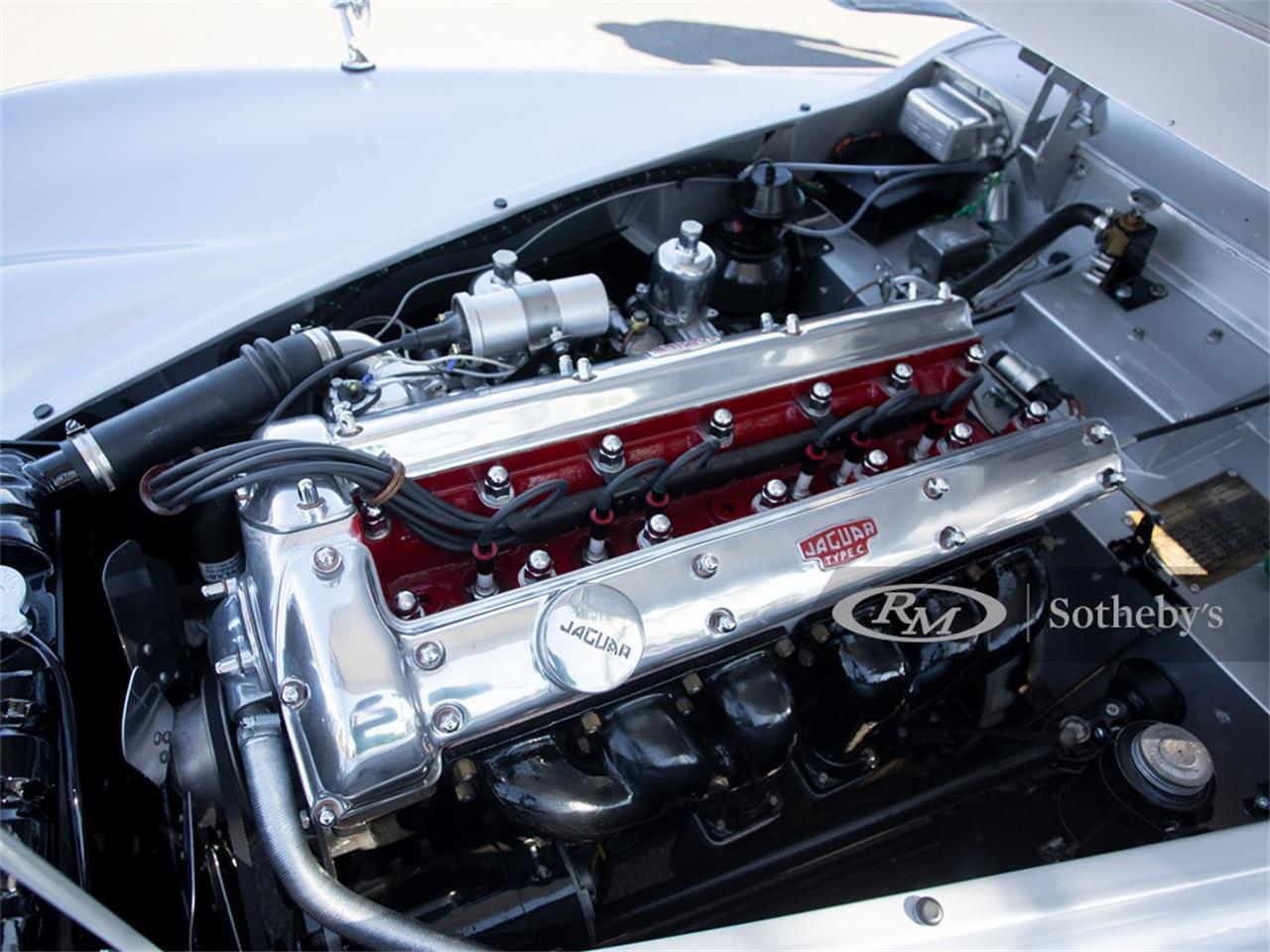 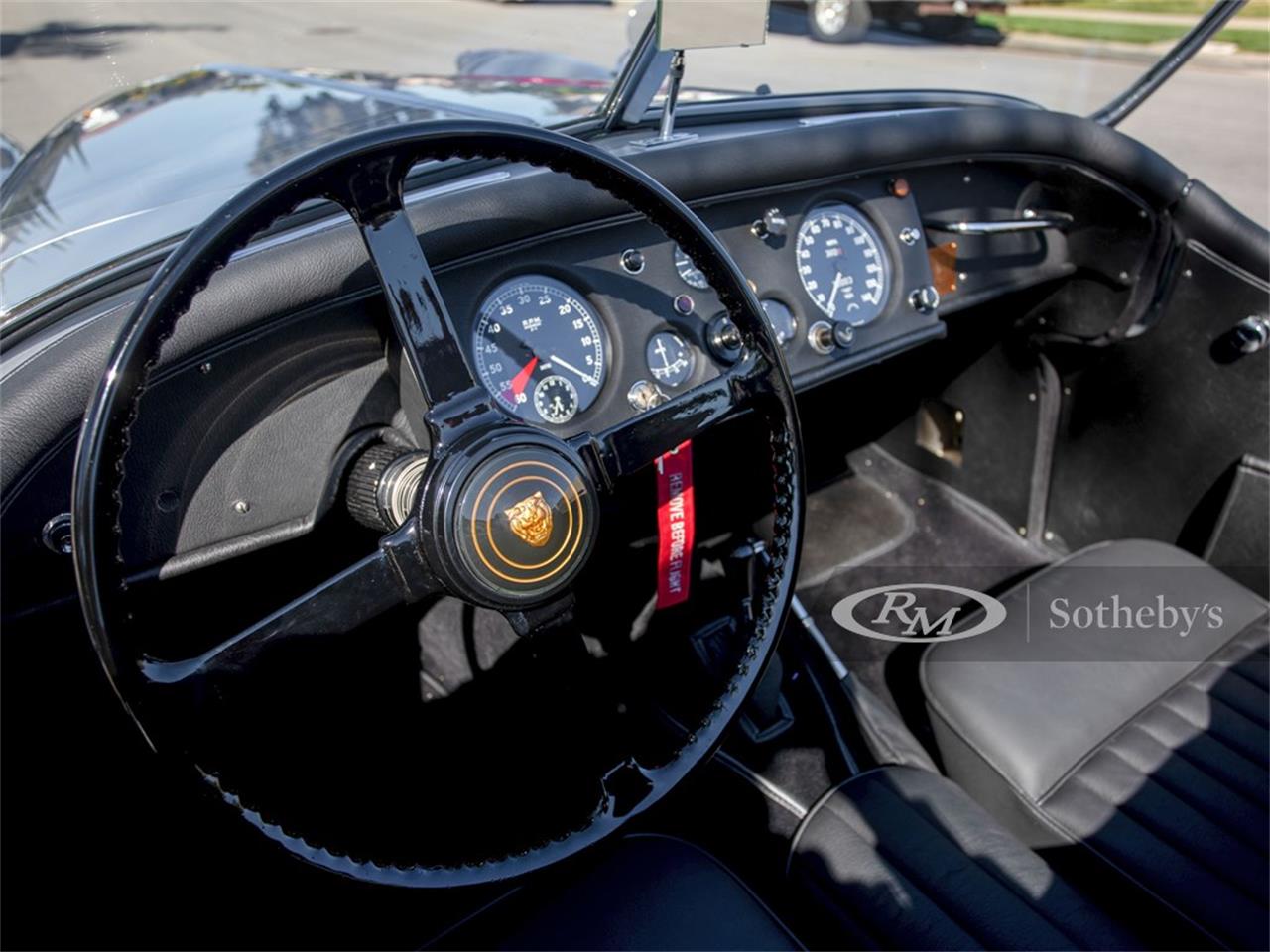 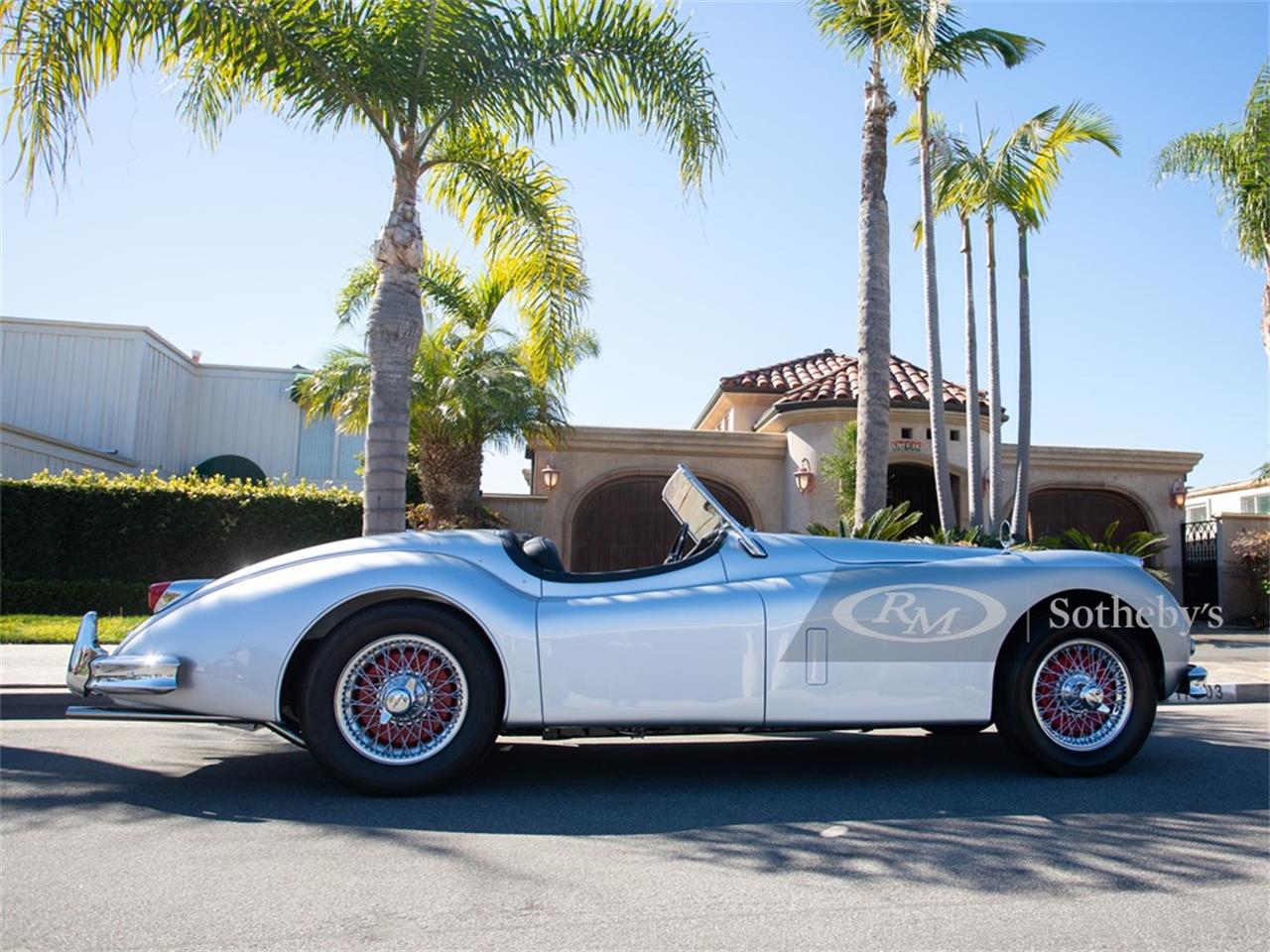 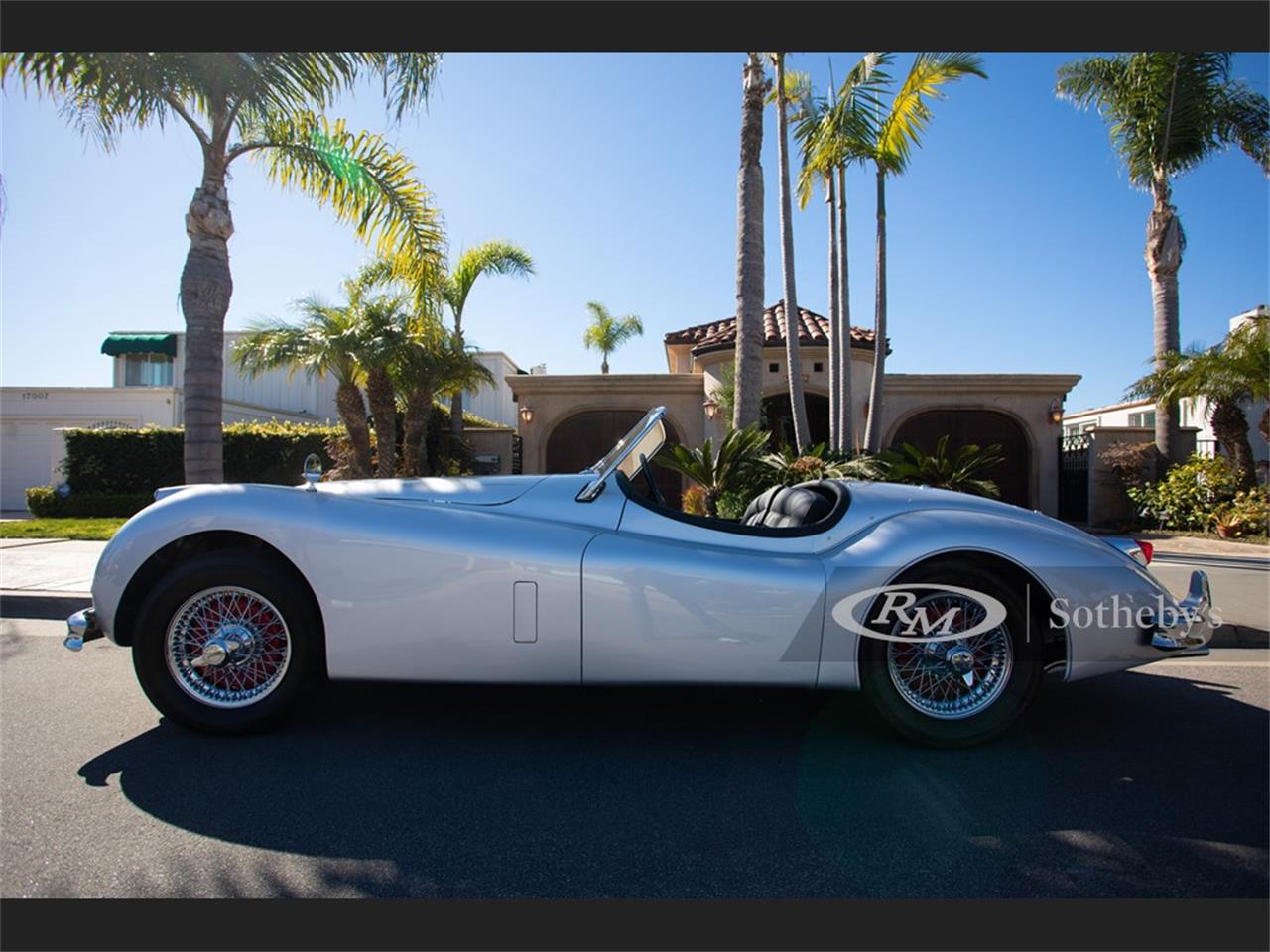 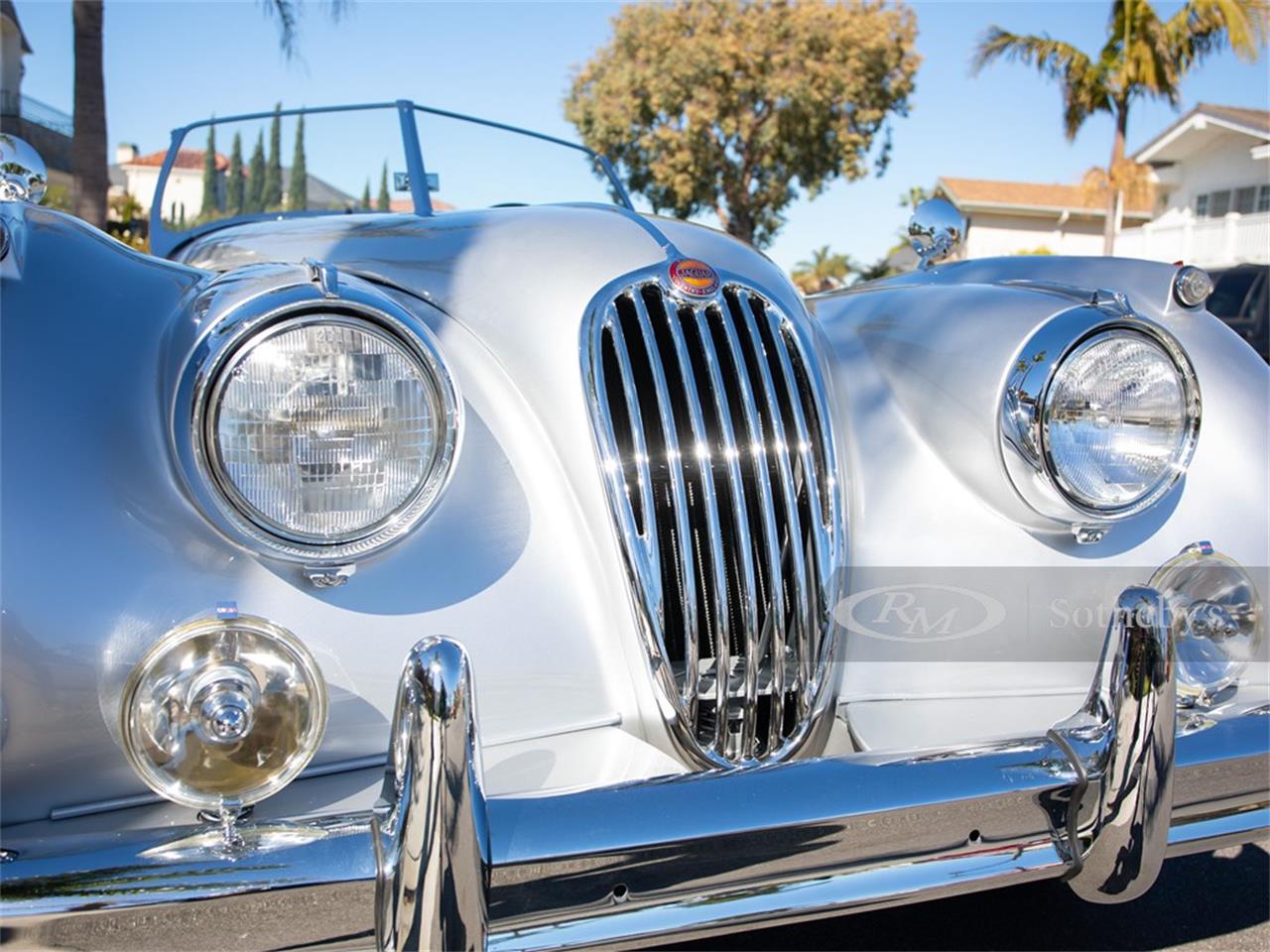 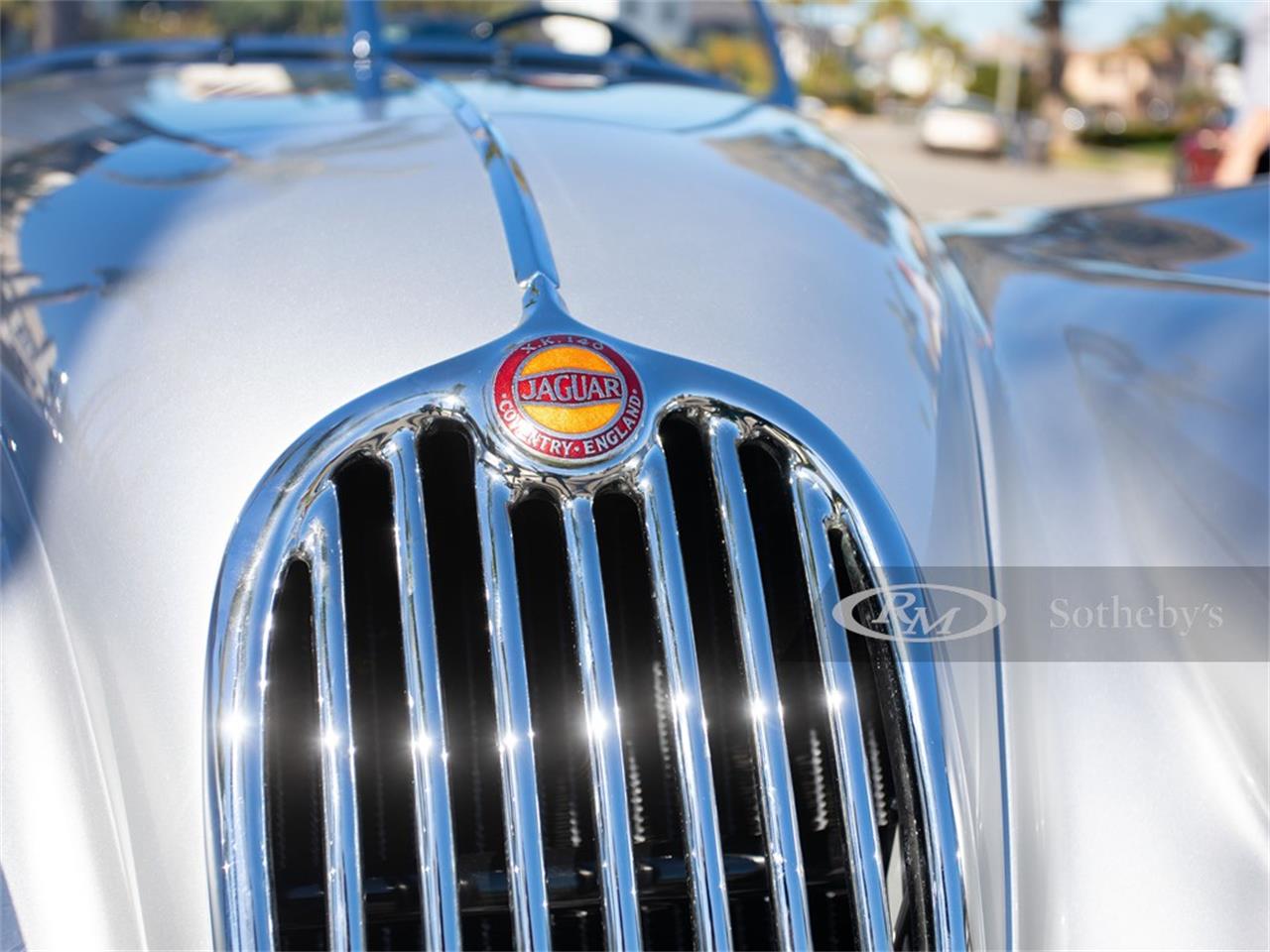 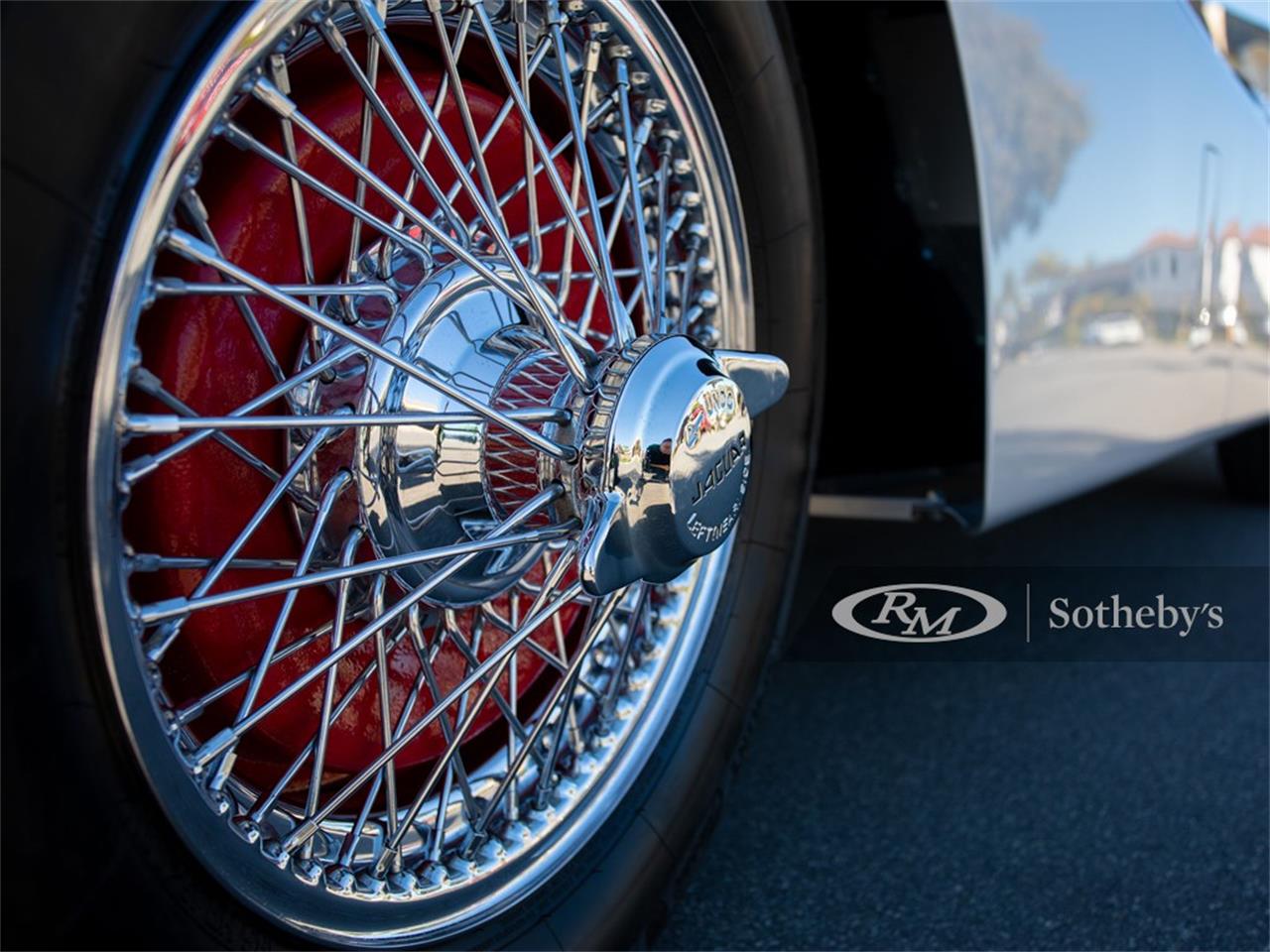 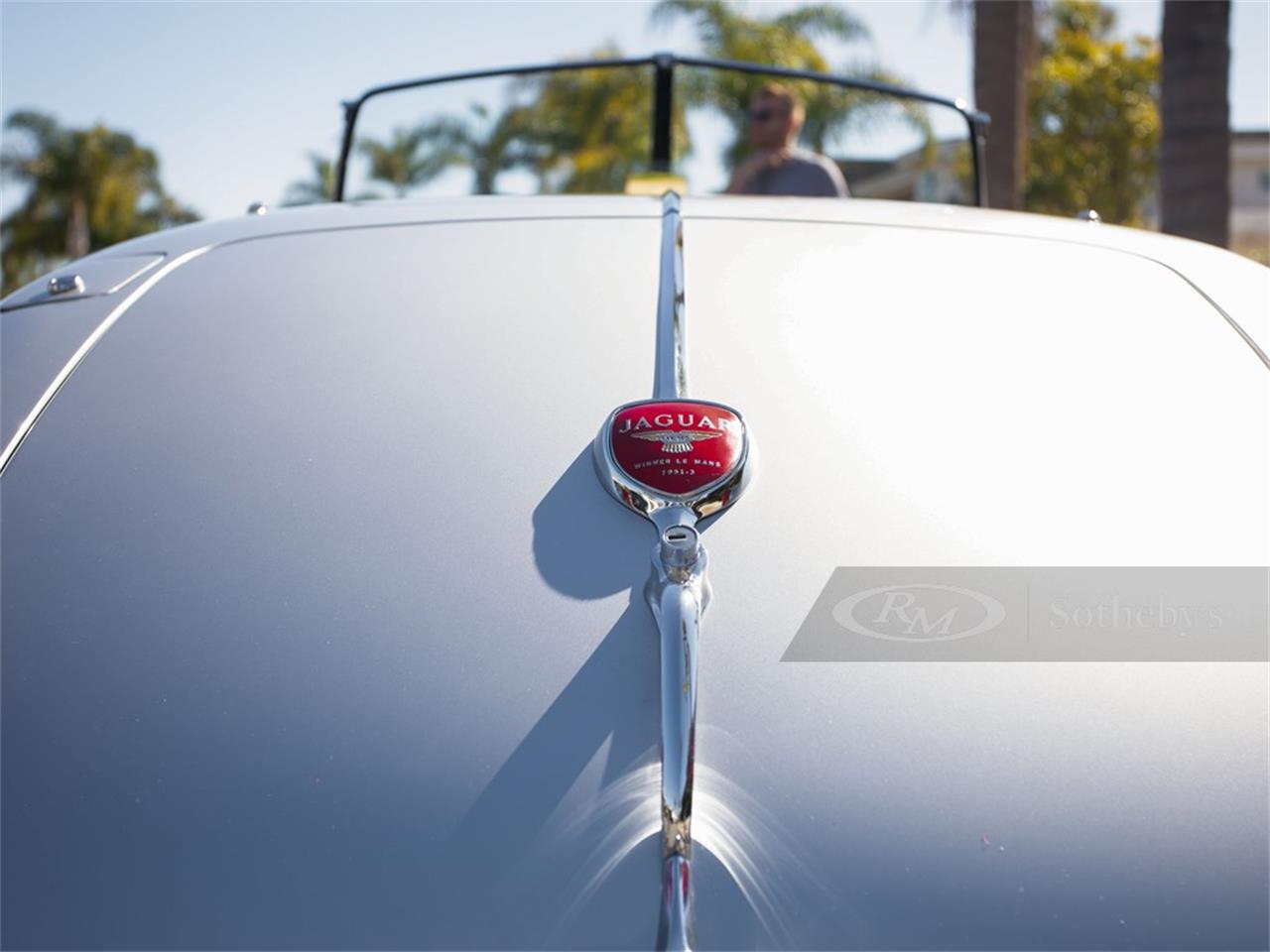 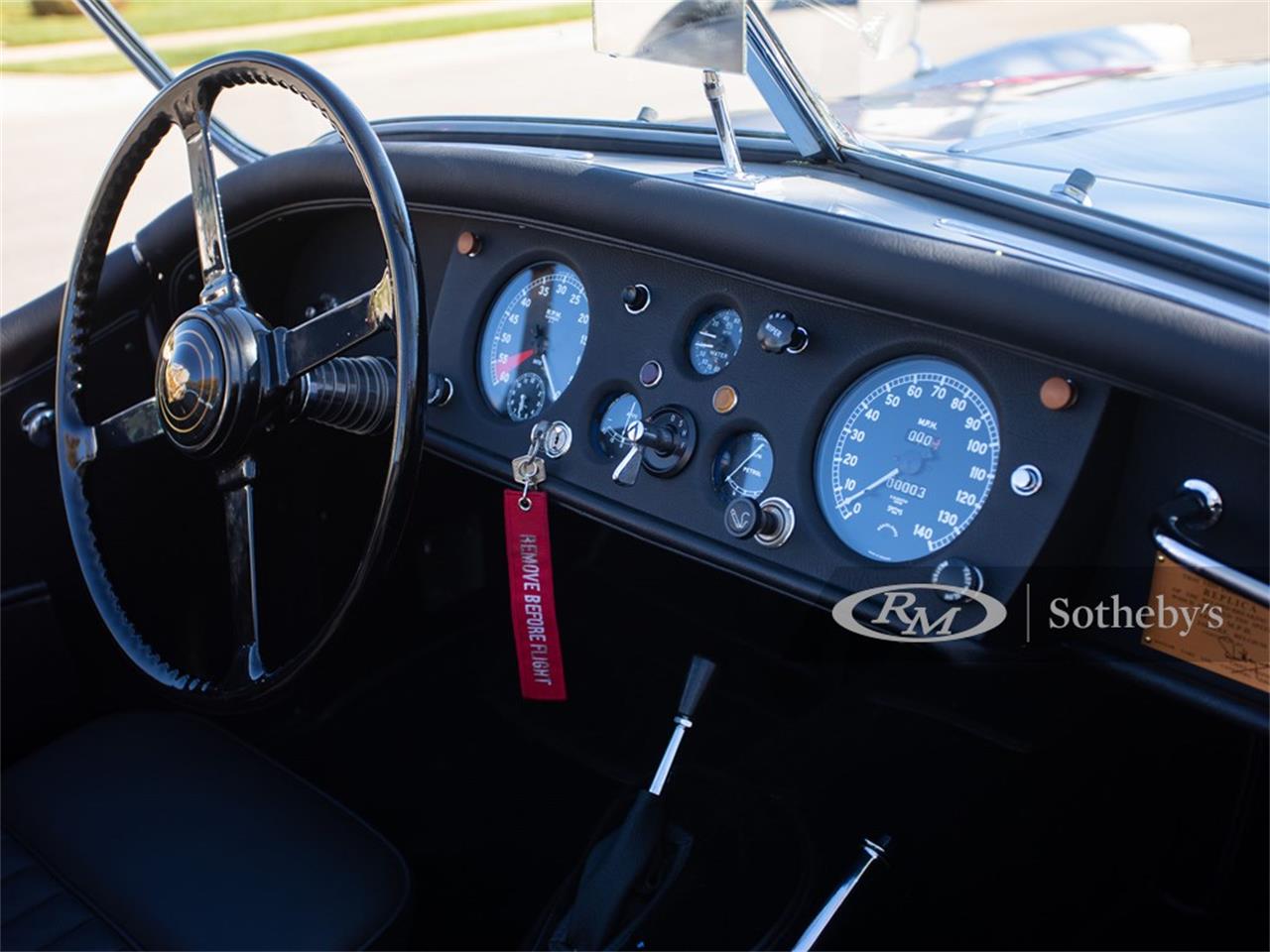 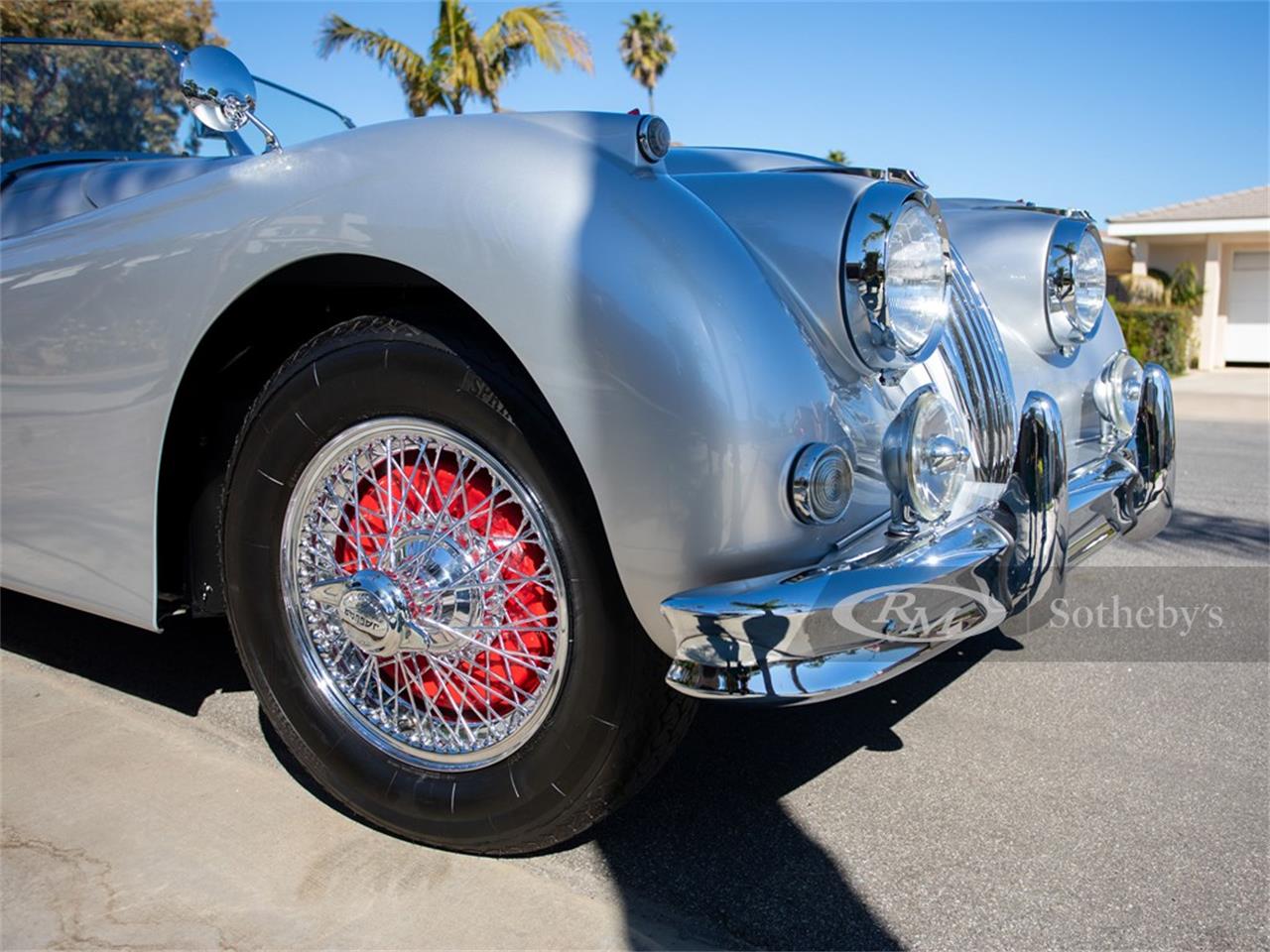 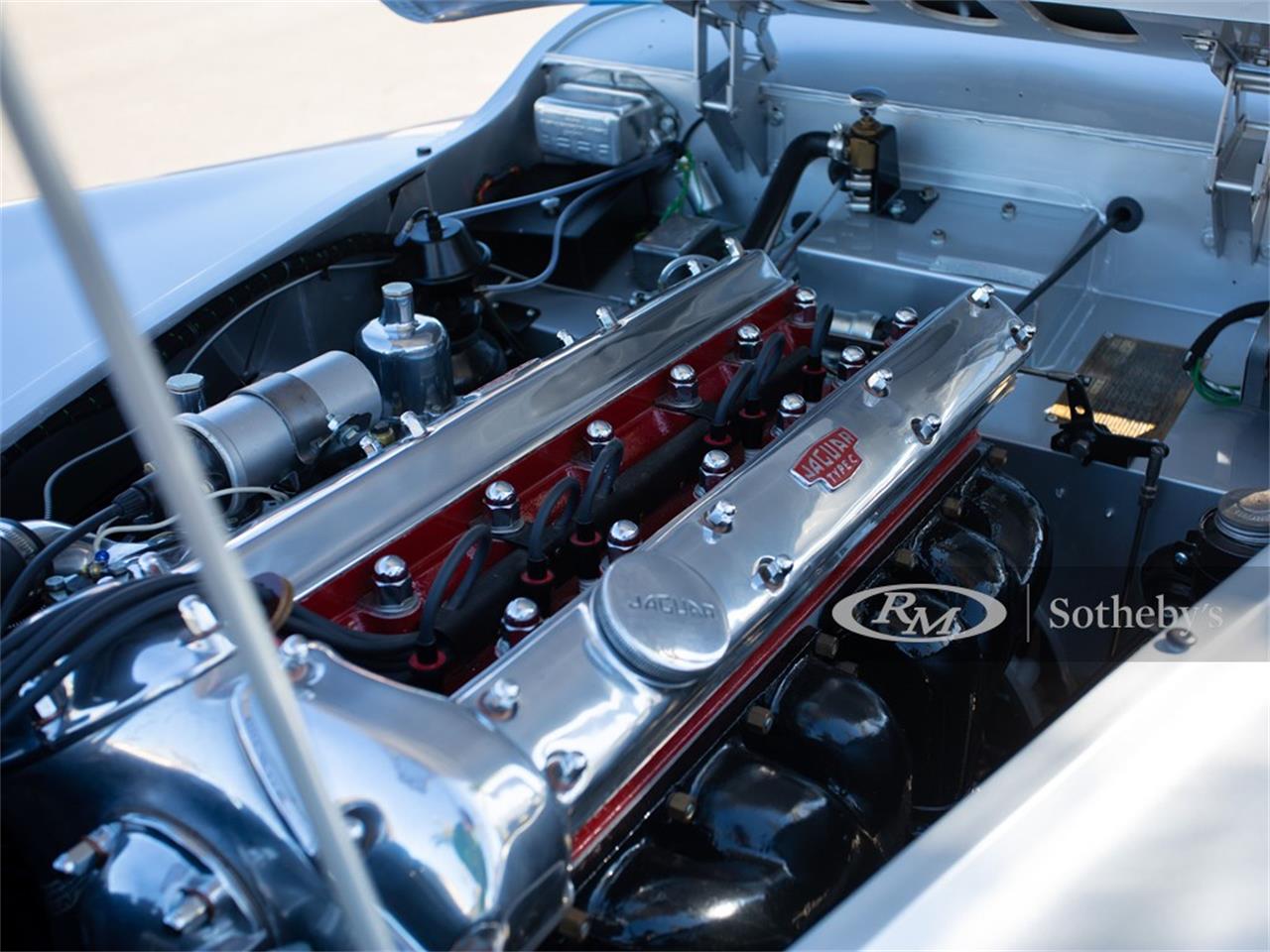 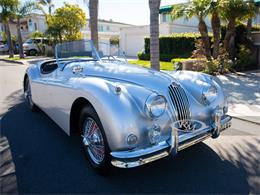 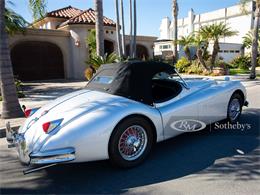 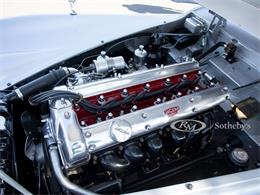 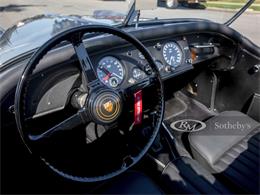 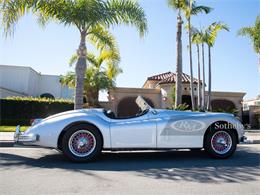 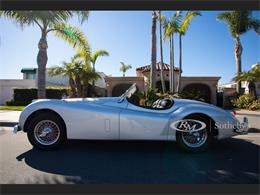 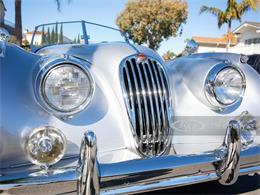 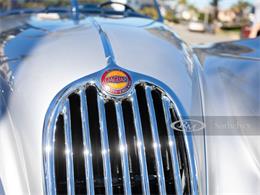 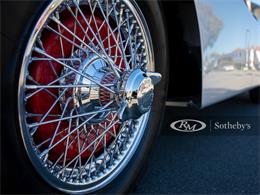 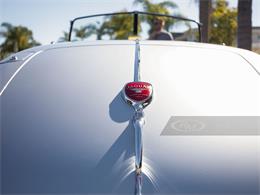 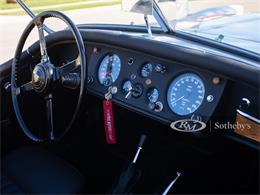 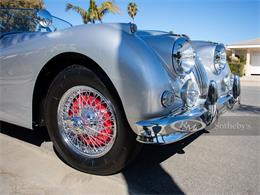 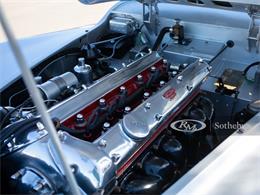 Introduced in October 1954 as a follow-up to the successful and influential Jaguar XK 120, the XK 140 was roomier, more powerful, and otherwise mechanically improved compared to its predecessor-all while maintaining the charm and appeal that made the XK 120 a breakout hit.

This 1956 Jaguar XK 140 MC Roadster (an open two-seater, or OTS in Jaguar nomenclature) bears chassis number S812977. Compared to the Drop Head Coupe, it is undoubtedly the sportier choice; a closed car, or Fixed Head Coupe, was also offered. Completed on 7 November 1956, this car was optioned with the MC specification. This denotes a higher, 210 hp output from its 3.4-liter dual-overhead cam inline-six thanks to a C-Type cylinder head, dual H8 SU carburetors, and a dual exhaust.

This car has been in possession of the consignor since 1990, who recently coordinated its comprehensive restoration. No stranger to this often-challenging task, a similar XK 140 he restored to the same standards previously went on to claim numerous concours and JCNA awards and honors.

The list of well-regarded artisans involved in S812977's overhaul is long. JP's European Auto in Huntington Beach, California rebuilt the car's engine and four-speed manual transmission. The engine and head are original to the car, confirmed by the accompanying JDHT certificate. Additionally during this time, the exhaust headers, which flow into a stainless steel exhaust system, were porcelainized. The original radiator was rebuilt with a high efficiency core and high-flow flex fan. All mechanical gear sits on a freshly powder-coated gloss black frame; a new wiring harness, as well as new fuel and brake lines, run throughout.

The car's interior, convertible top, and convertible top boot were redone by K&H European Auto Upholstery (note that side curtains are not included with the sale of the car), and cockpit gauges have been restored by Nisonger Instruments. Five new wire knock-off Dunlop wheels, as well as new Vredestein tires and tubes, were obtained for the car. Brightwork was also chrome-plated to a high standard, at this time, and new Lucas side mirrors were sourced.

Restored with a concours-quality attention to detail, yet also mechanically prepared for enjoyable touring, this 1956 Jaguar XK 140 MC Roadster is offered with photos and receipts documenting the high-grade work it received.To view this car and others currently consigned to this auction, please visit the RM website at rmsothebys.com/en/auctions/0520. 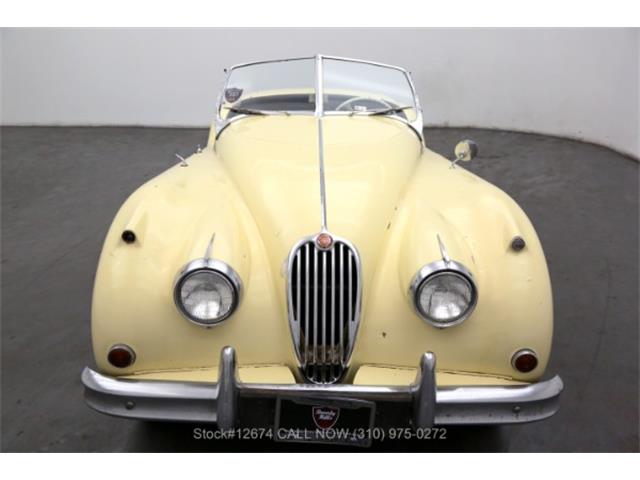 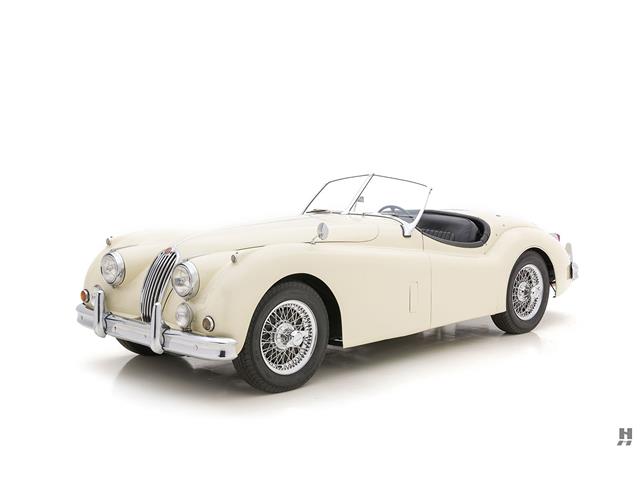 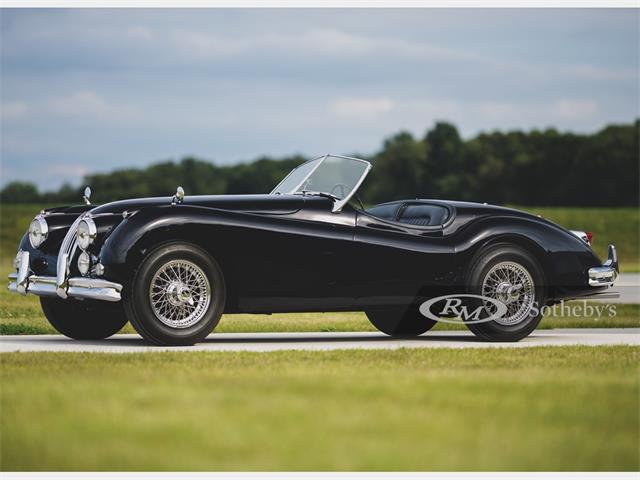 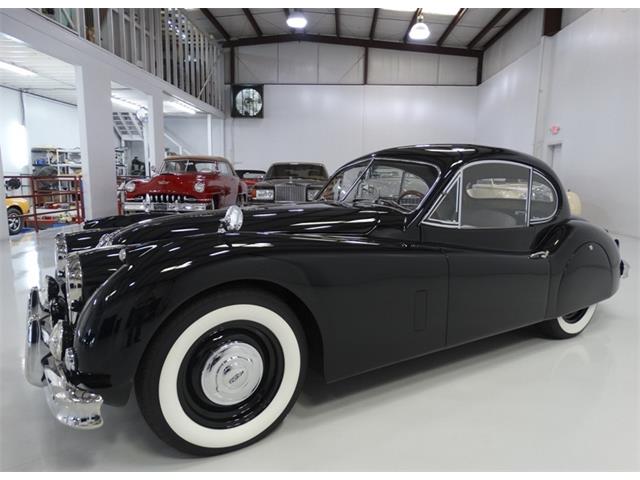