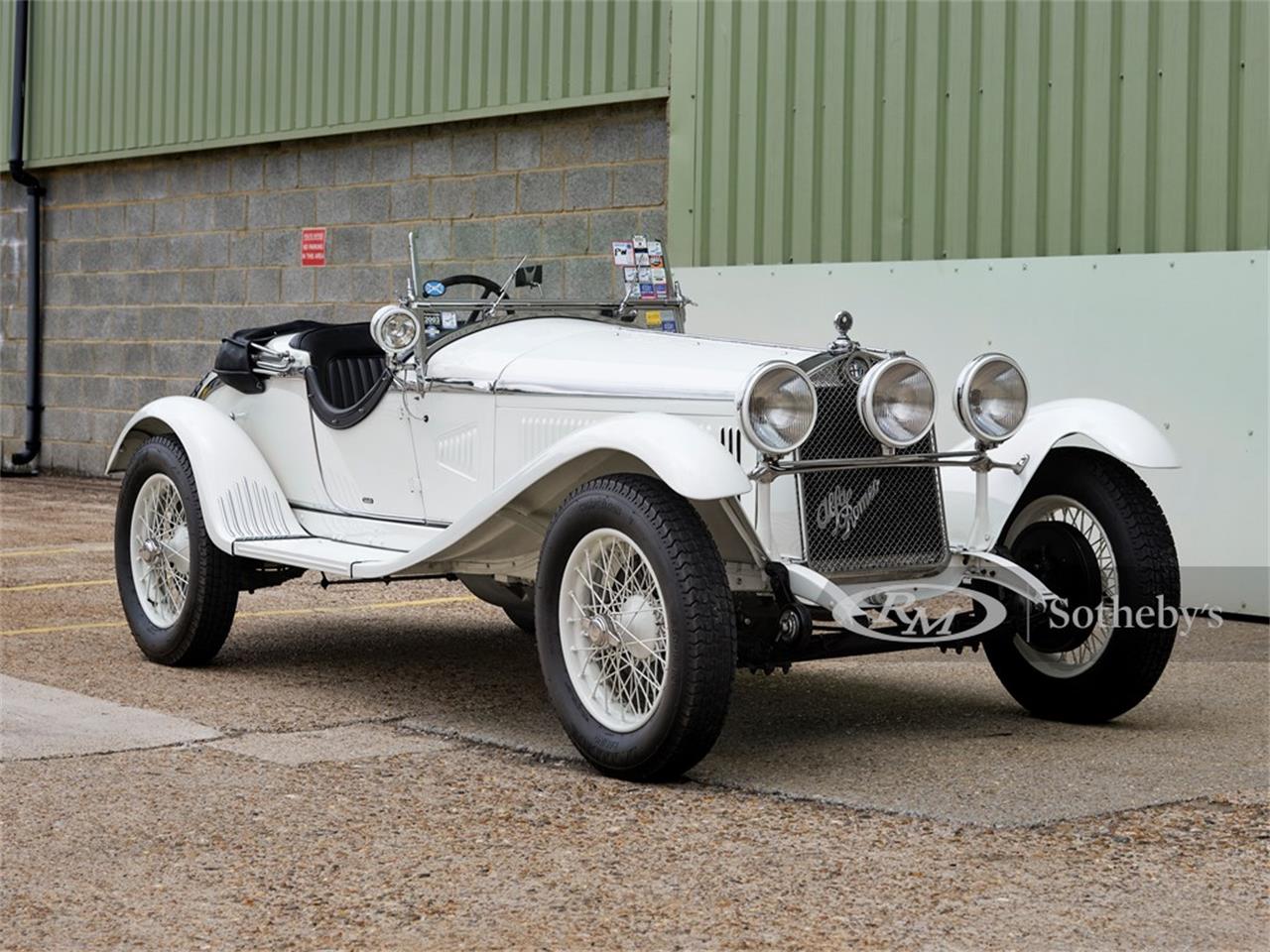 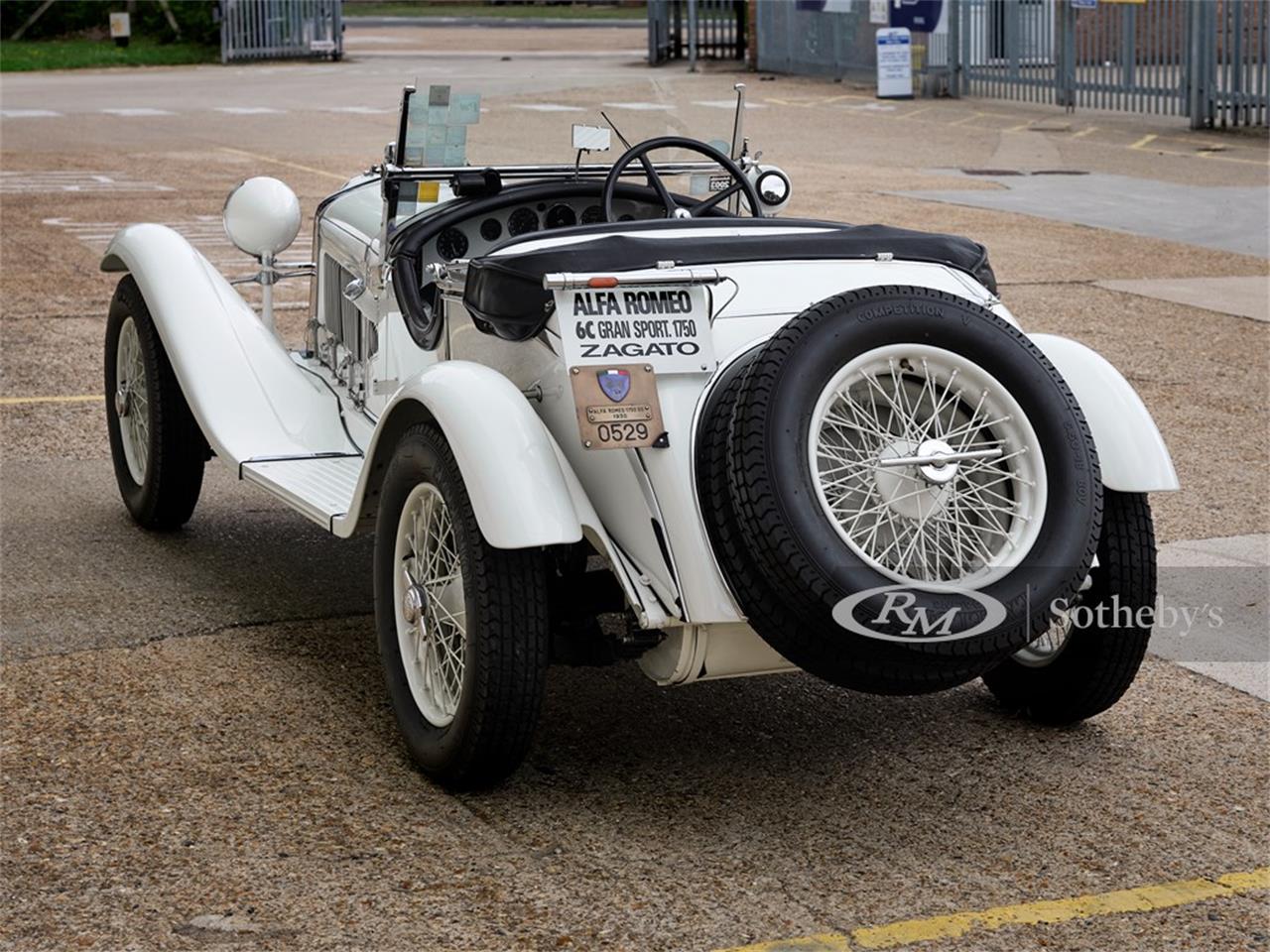 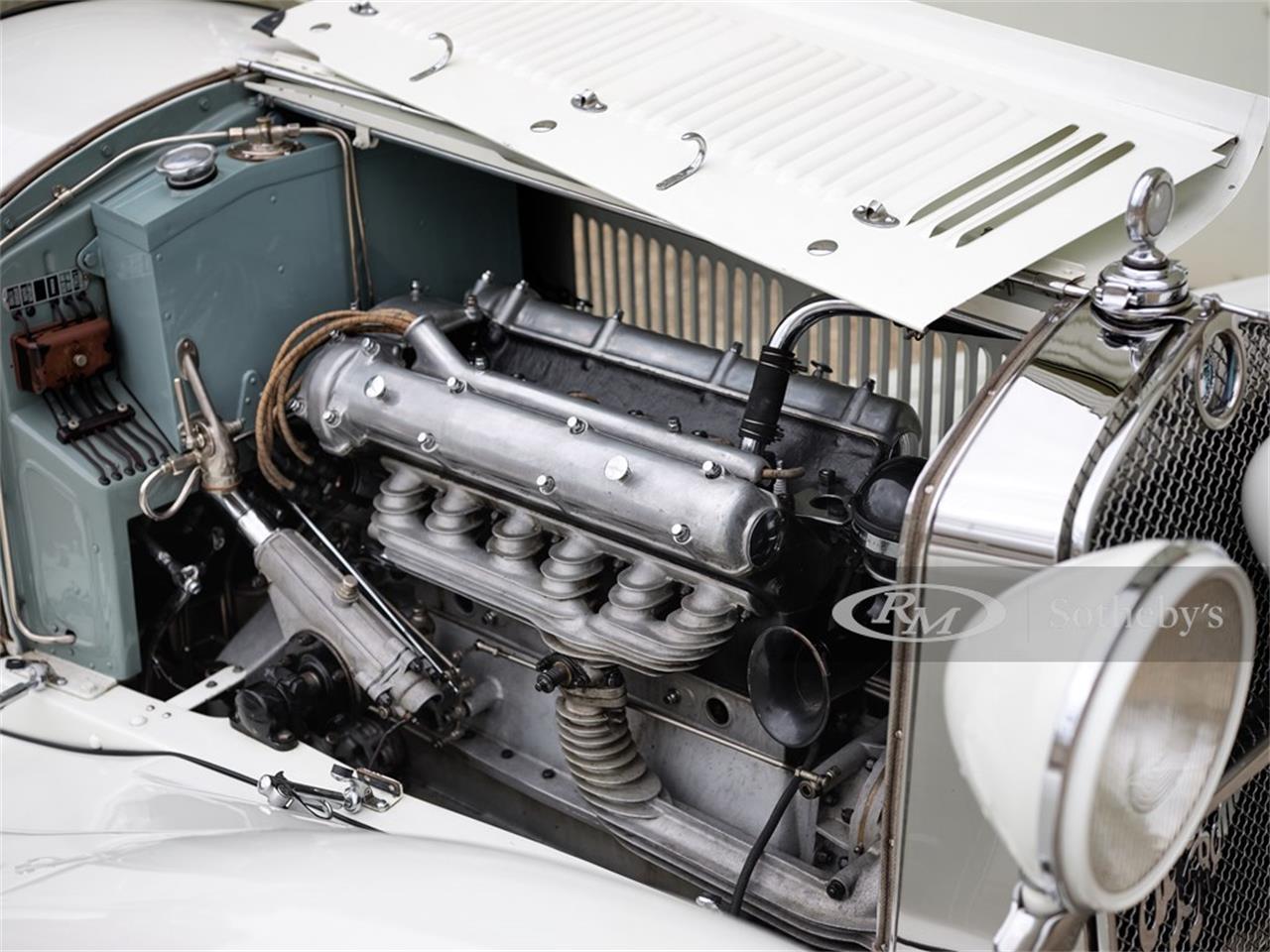 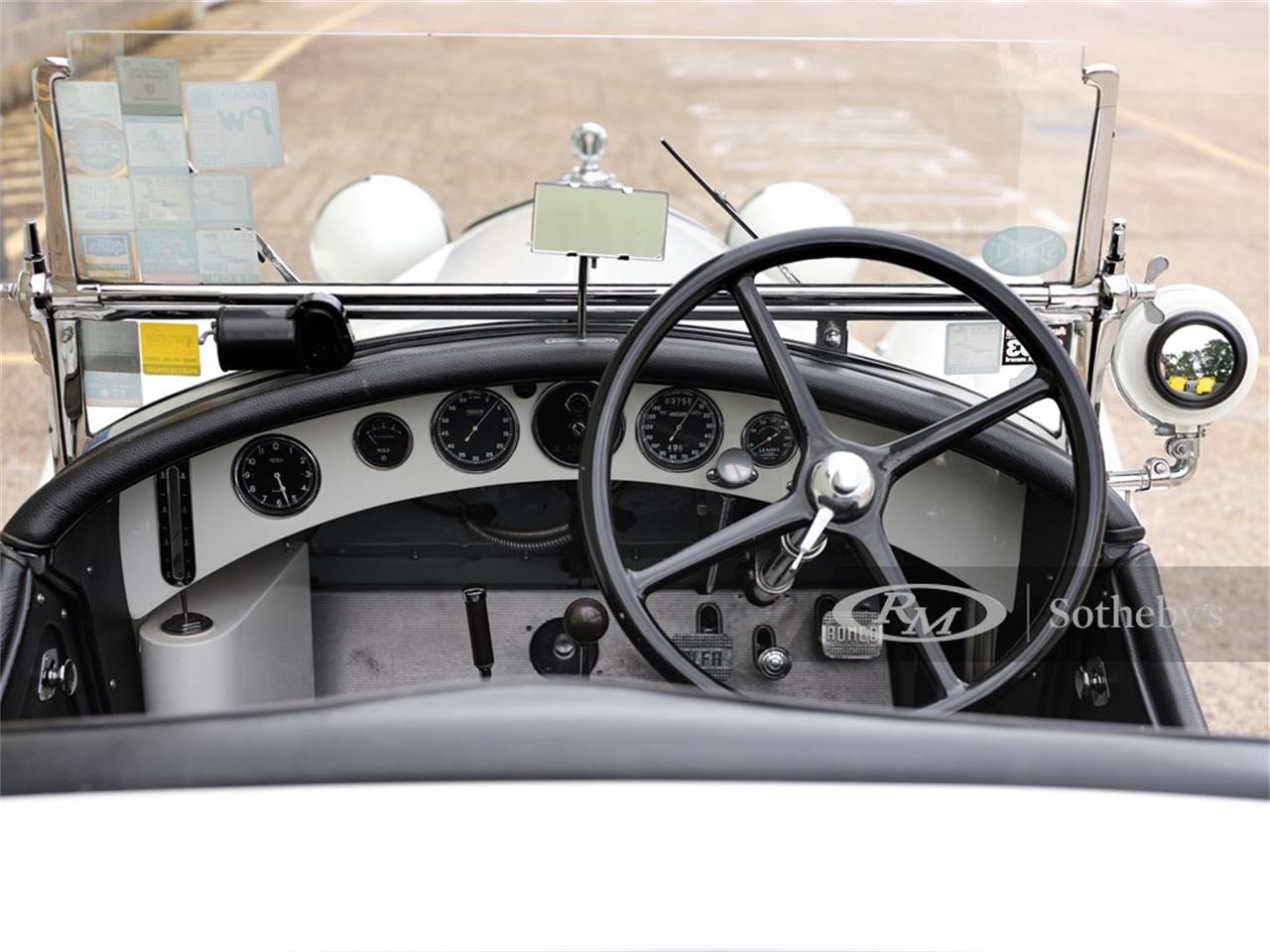 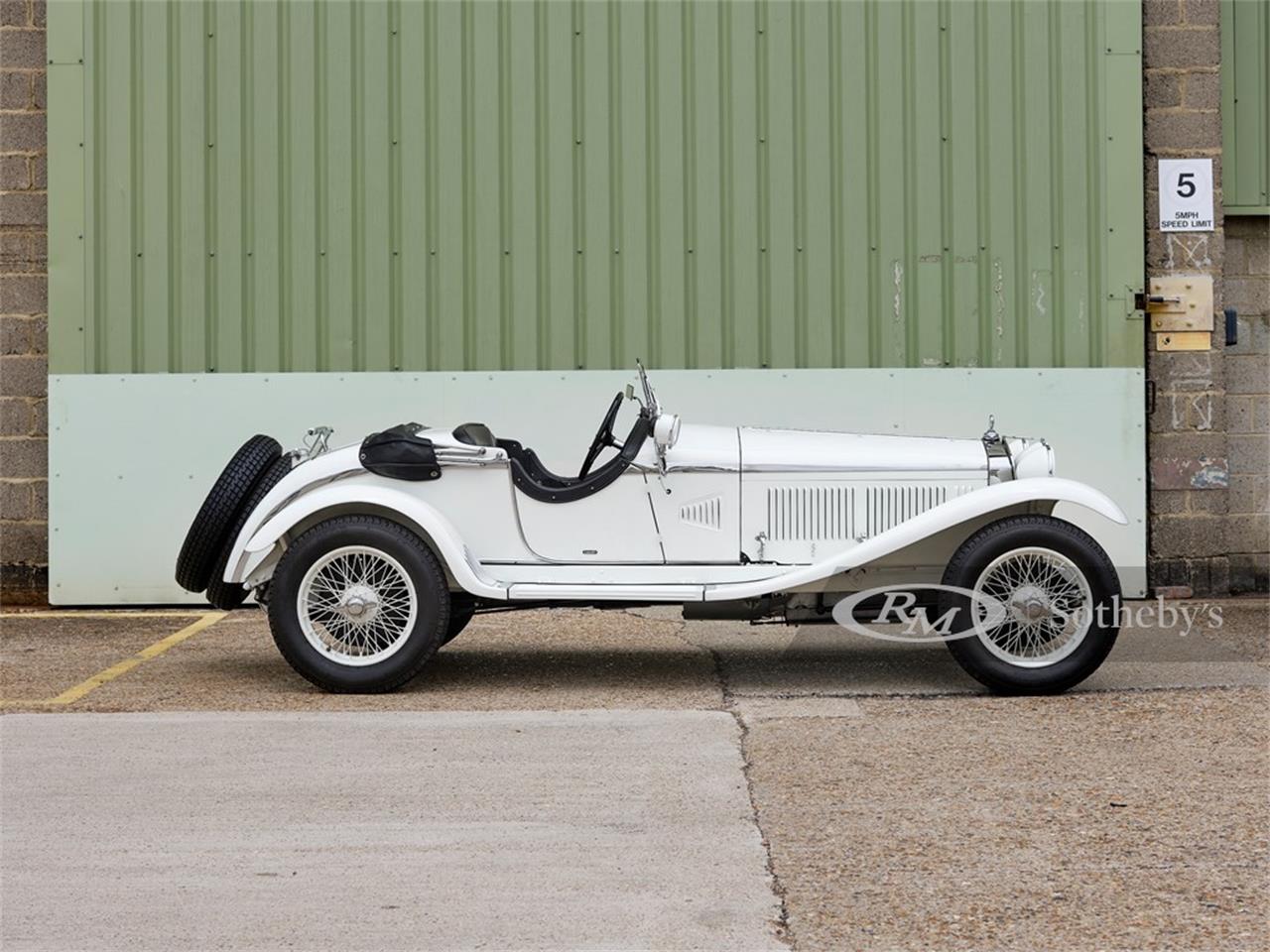 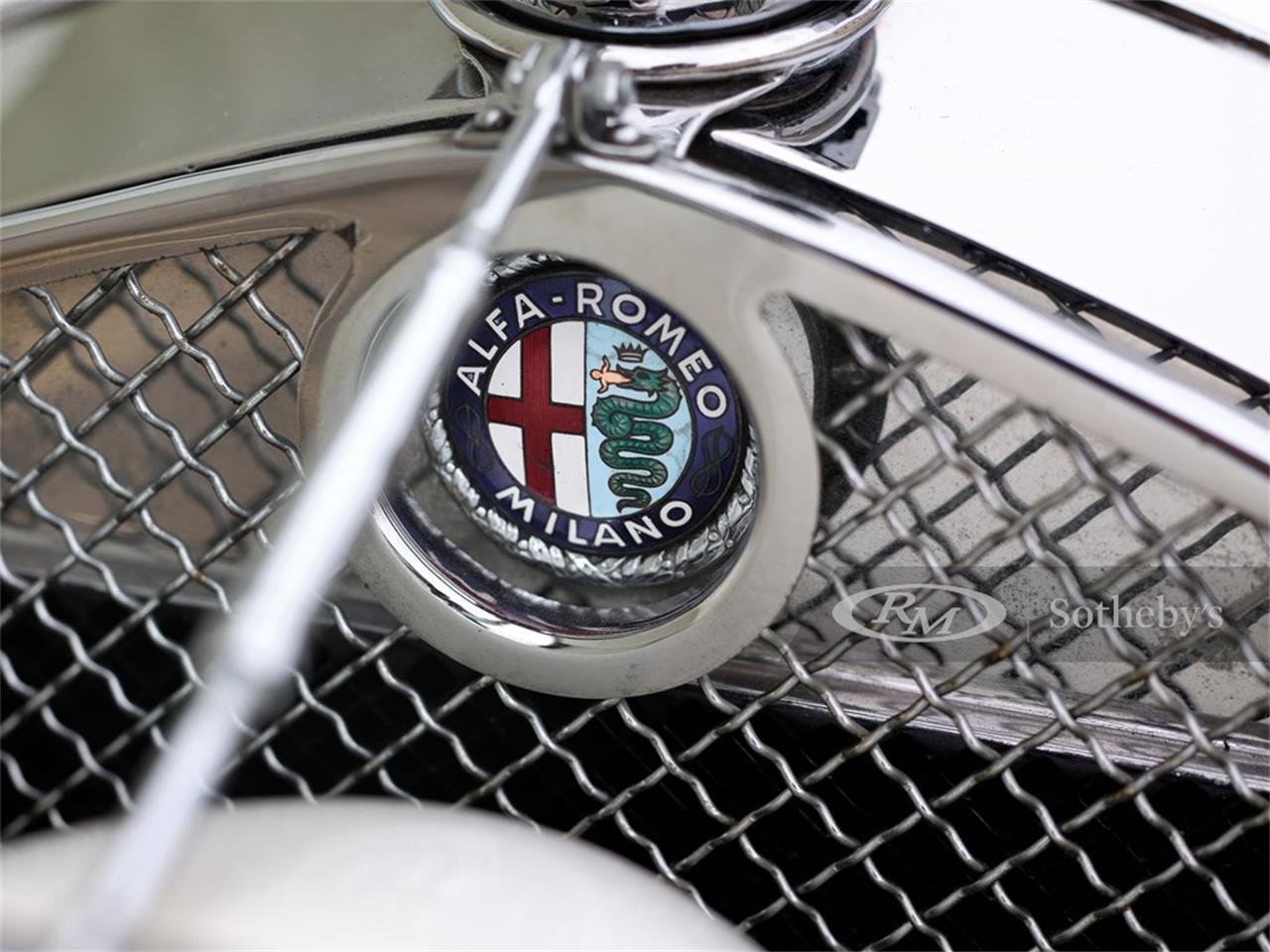 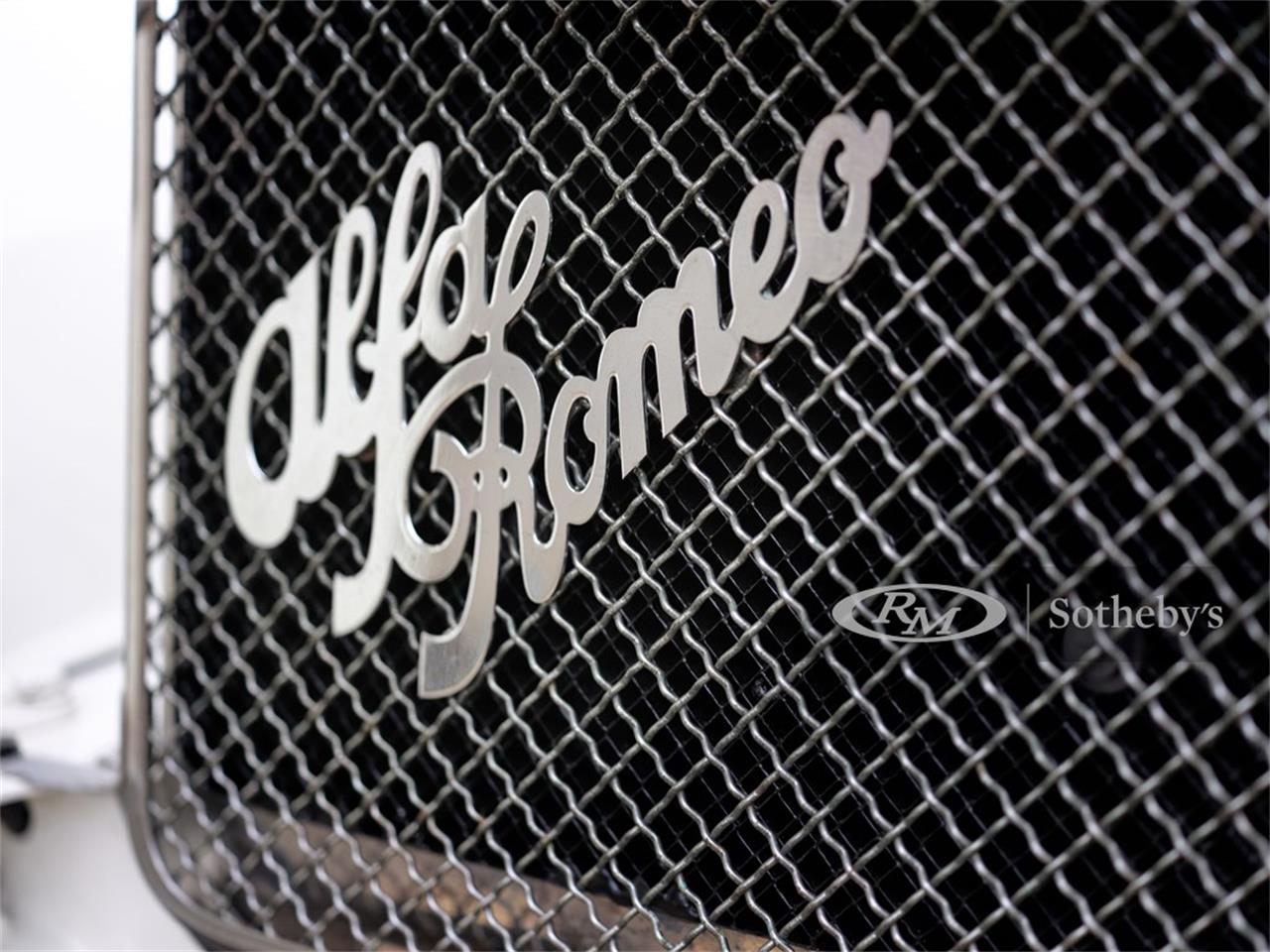 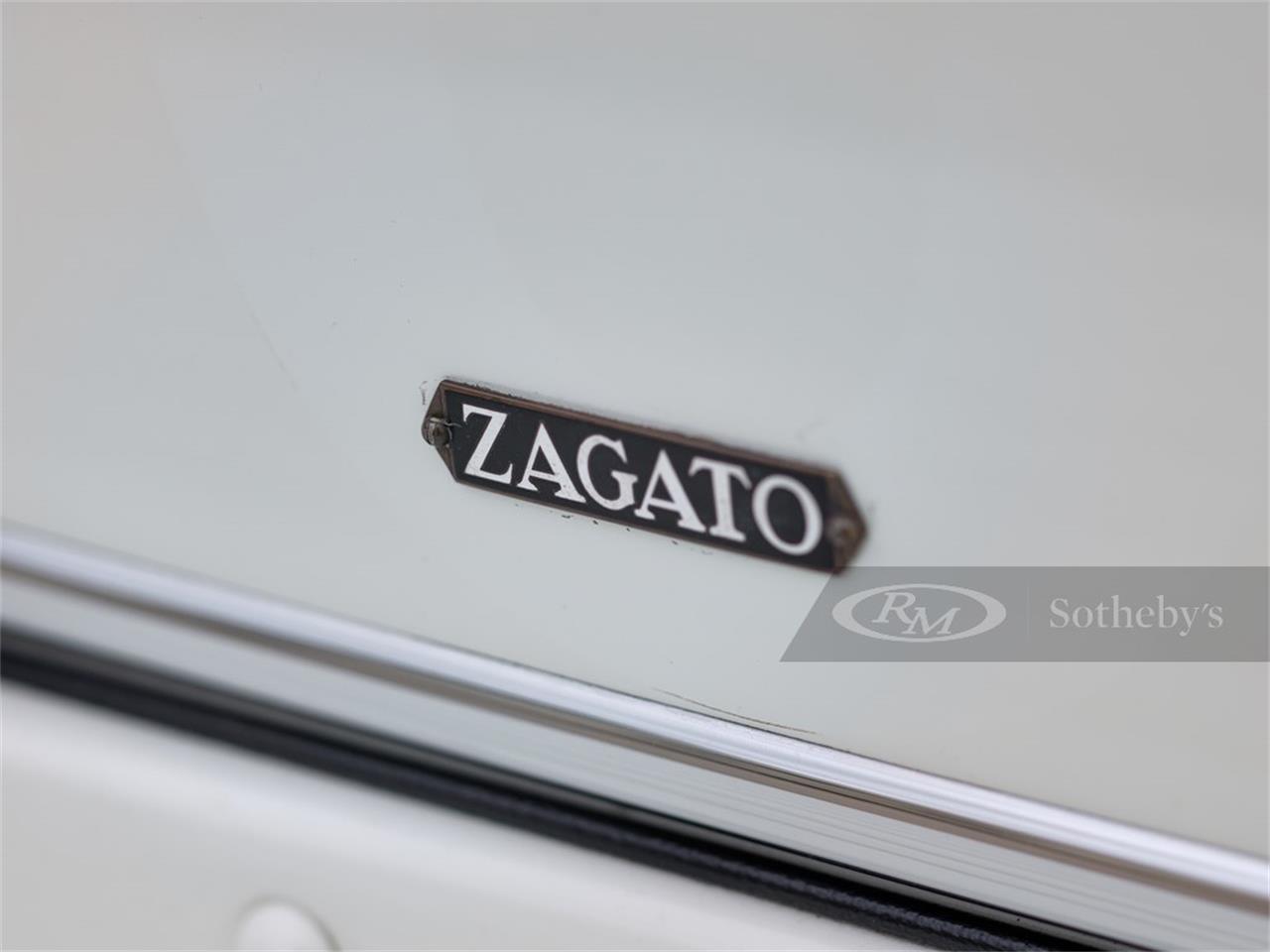 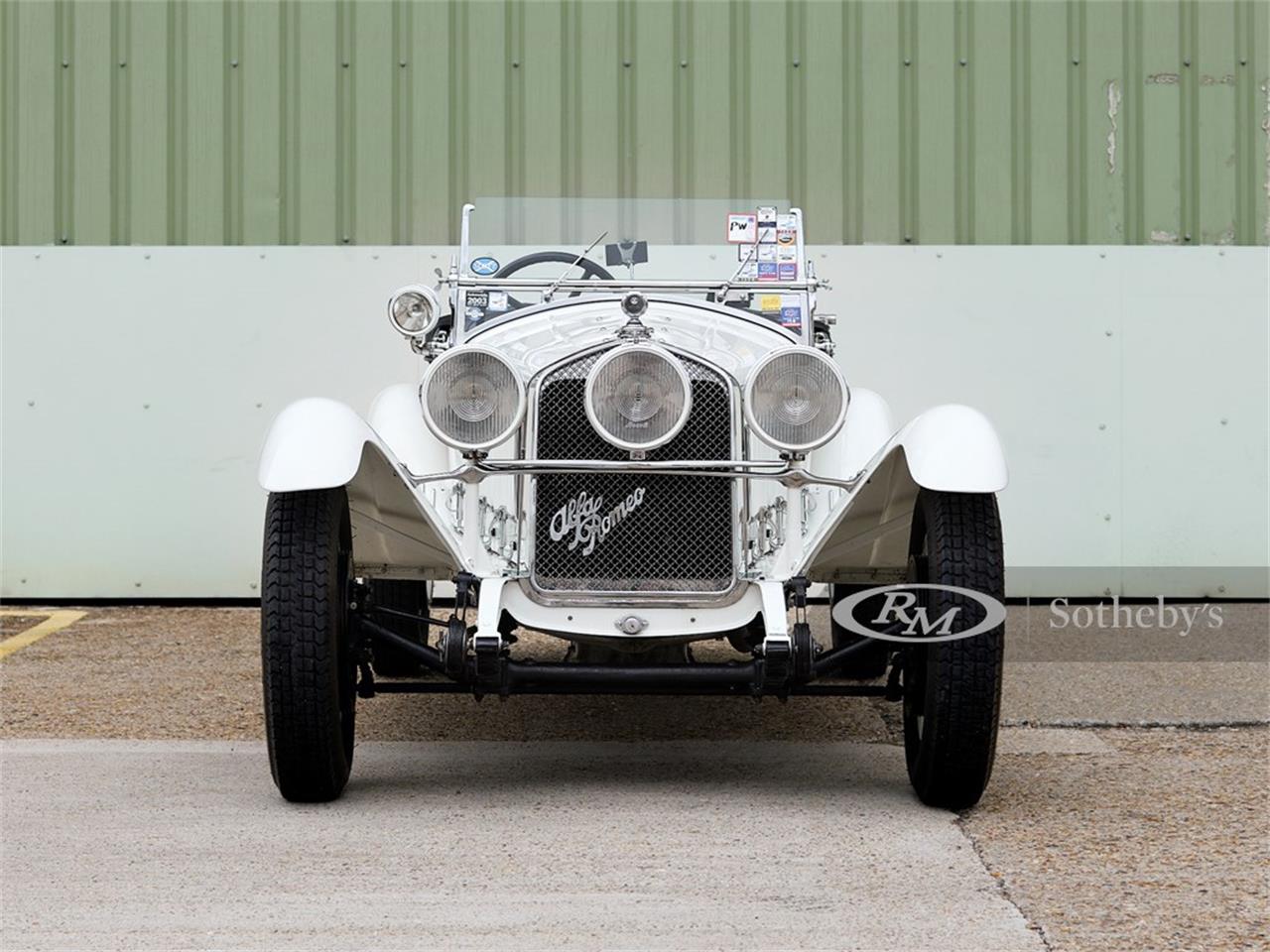 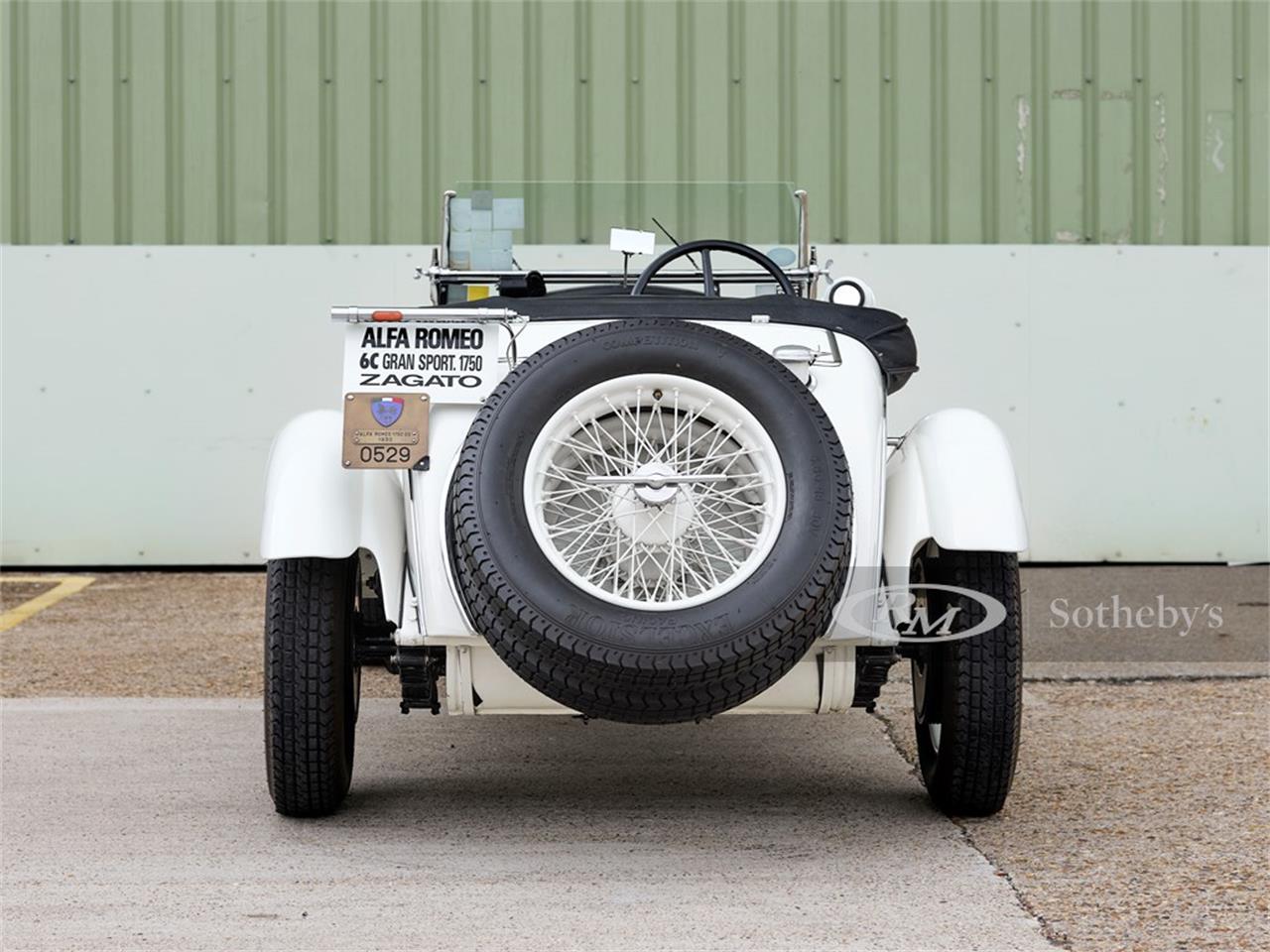 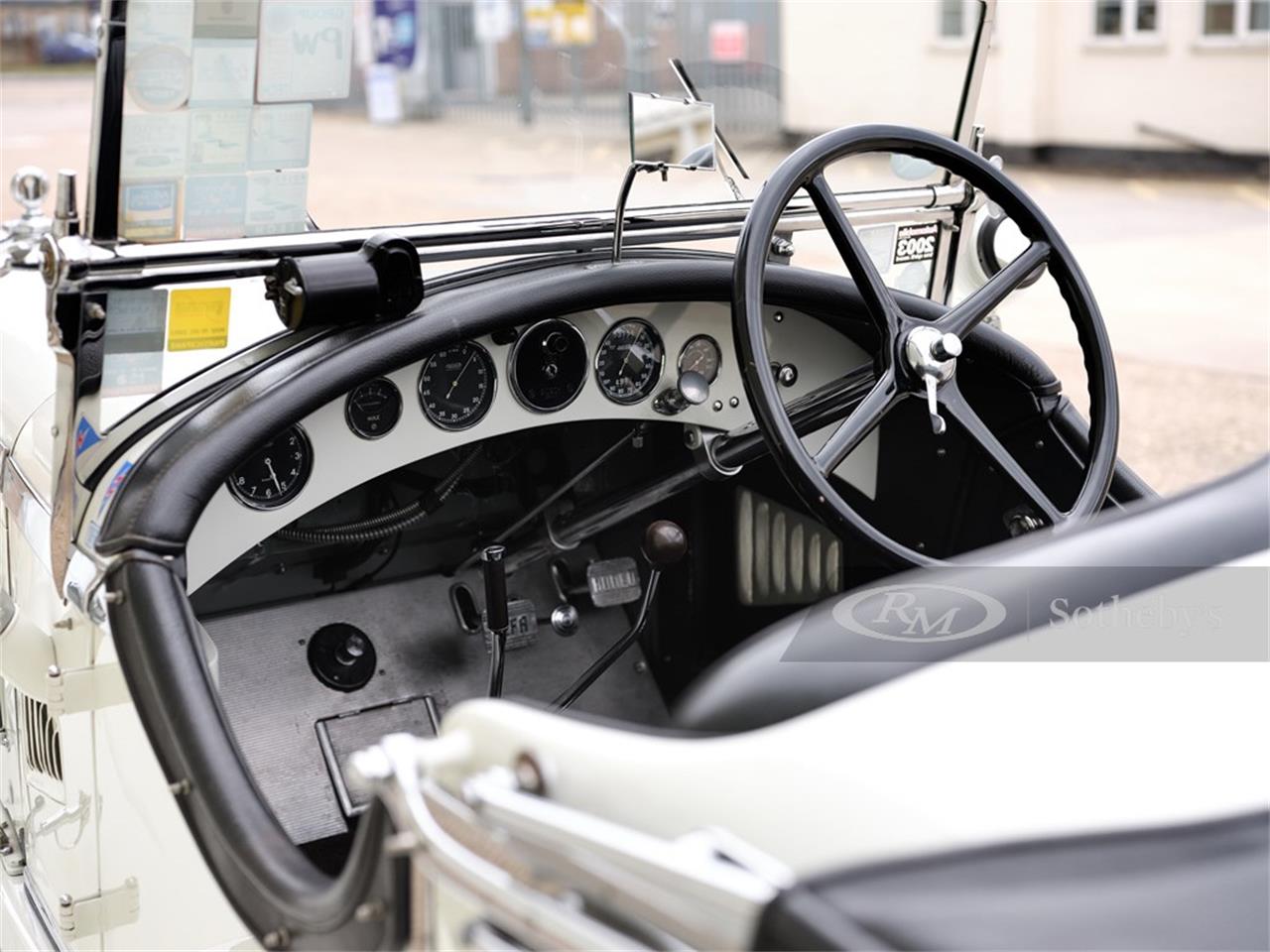 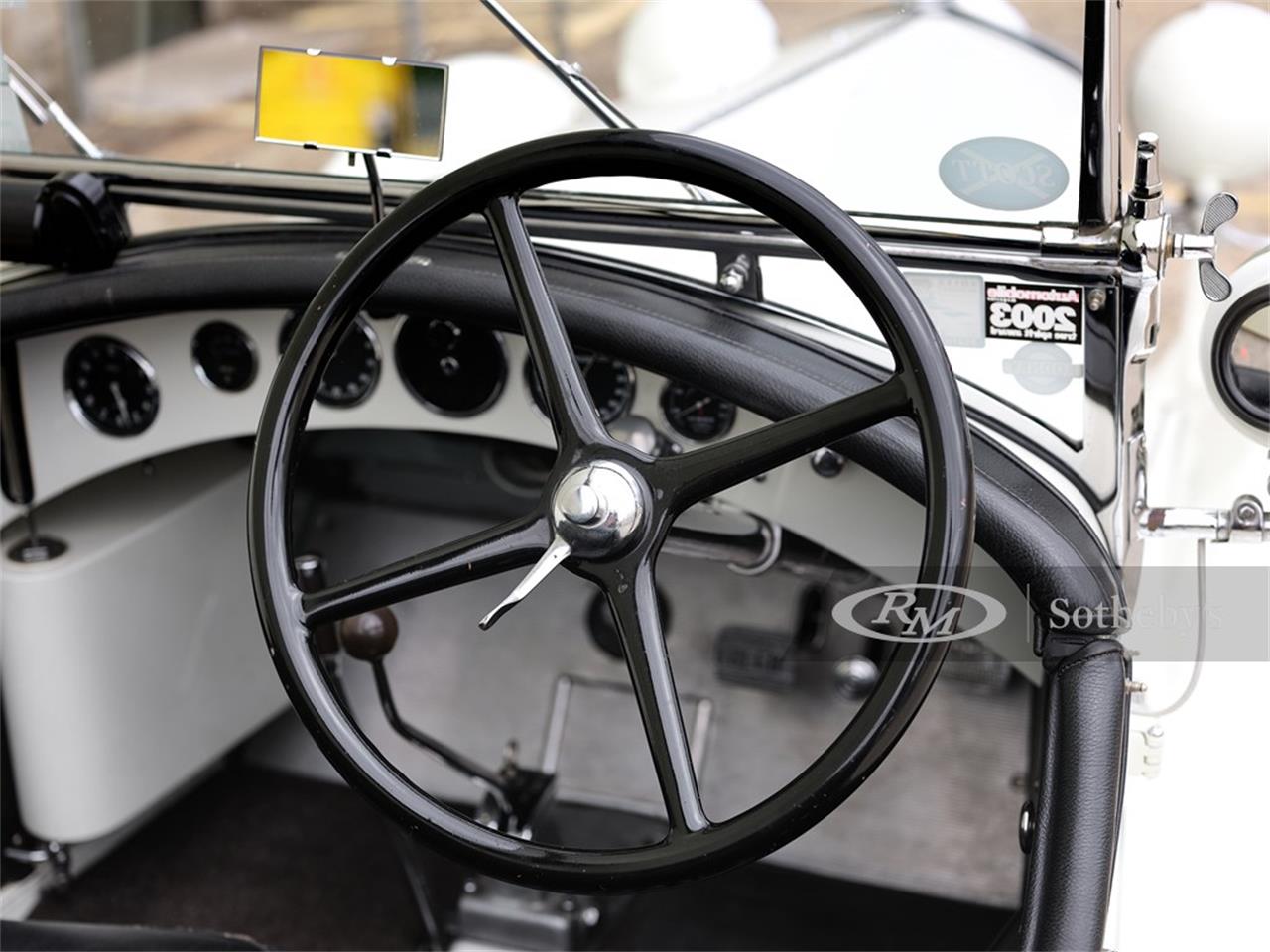 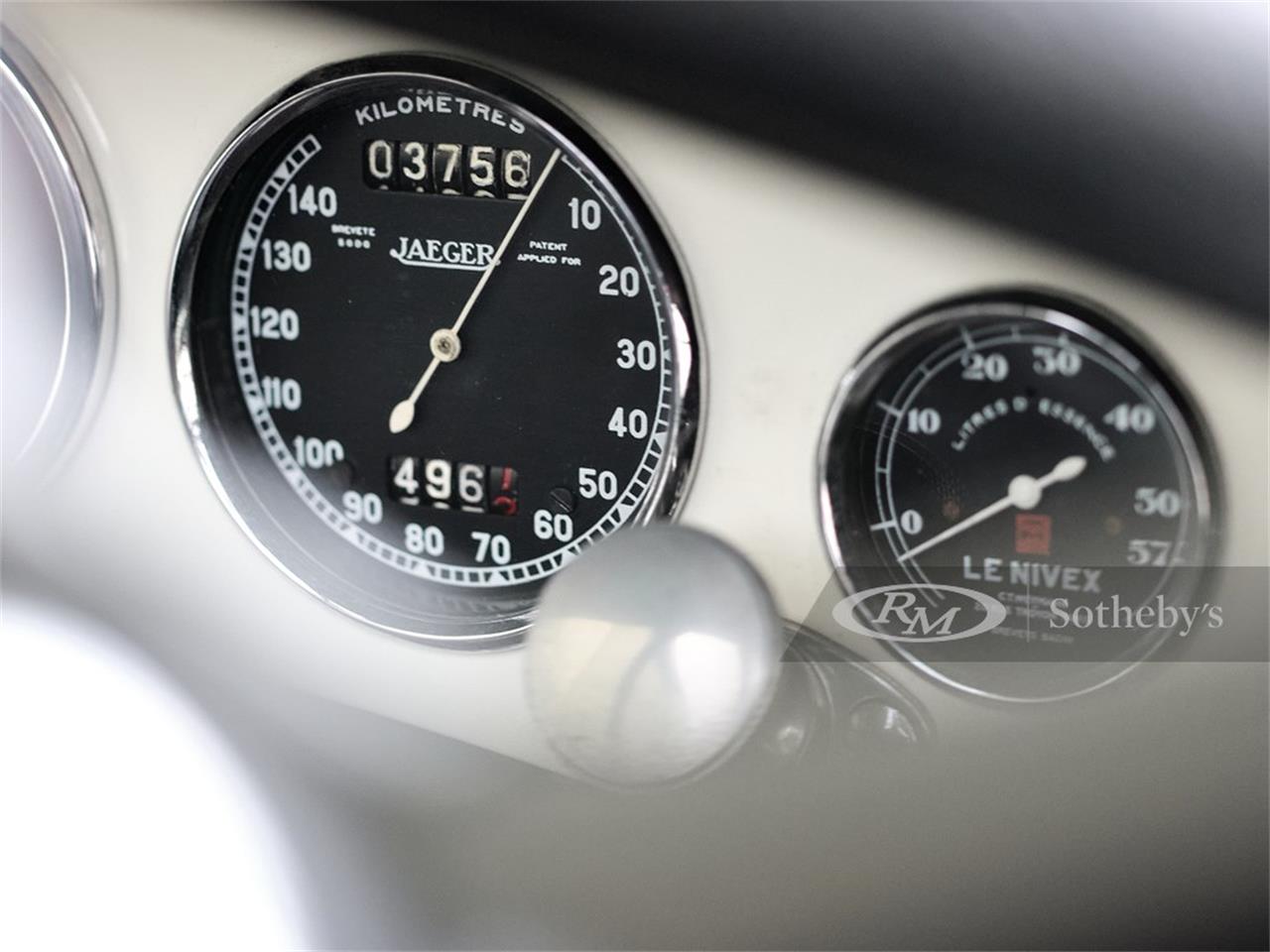 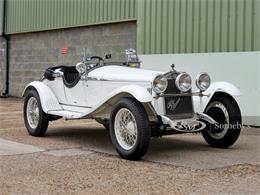 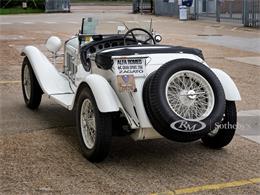 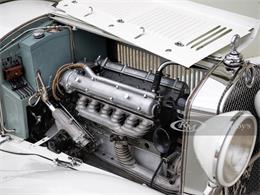 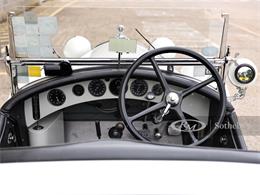 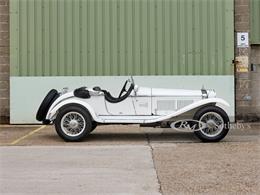 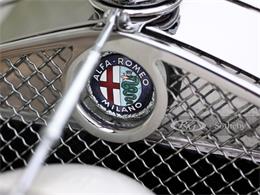 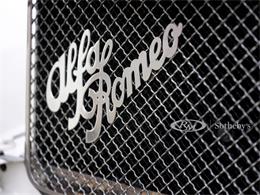 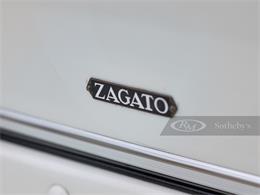 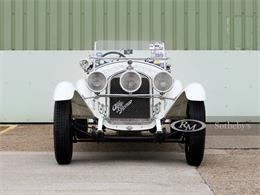 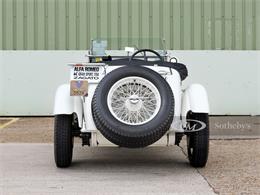 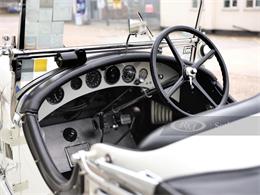 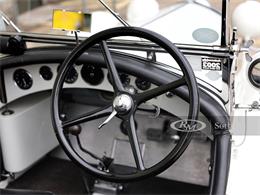 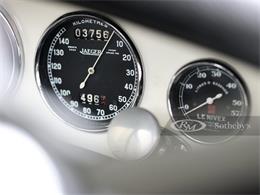 In 1926, Alfa Romeo's Chief Engineer, Vittorio Jano, set to work on a touring car that was centered around the brand-new overhead-cam, 1.5-liter, inline six-cylinder engine. The 6C 1500 officially entered production in 1927, and the Sport version, which became available a year later, featured a twin overhead cam that raised power by 10 to a brisk 54 horsepower. In 1929, the 6C 1500 Super Sport was introduced, and it featured two-seat spider coachwork and an optional Roots supercharger, which increased maximum power to 76. These cars were all produced in very small numbers through late 1929.

For the 1929 model year, Alfa Romeo bumped up engine displacement to 1,750-cc, and the resulting 6C 1750 was produced in four more series of gradual improvements over the following six years. The model quickly proved to be one of Alfa's most popular, and expensive, creations; nearly 2,600 left the Portobello factory through 1933, each one tabbed at a price hovering around 50,000 lire-an incredible cost considering that most chassis left the factory without any mounted bodywork.

Most examples of the 6C 1750 series were equipped as the single-cam "Turismo" version. A minority were classified as a "Sport" version, which were built on a 114-inch chassis and equipped with the twin-cam engine. Of the Sport examples, most were clothed with Alfa saloon coachwork and were soon more appropriately renamed "Gran Turismo." This number of clear distinctions paved the way for the topless, Zagato-bodied Super Sport examples, which rode on an even-shorter 108-inch wheelbase and were available with finned alloy superchargers and intake manifolds to further boost power delivery. These high-performance spiders are some of the rarest and most desirable pre-war models available to discerning Alfisti.

In 1930, the Super Sport name was updated to Gran Sport. Additional modifications featured an ingenious sloping radiator that not only gave the car a more rakish appearance, but also functionally increased the surface area of the radiator for improved cooling. The 6C 1750 Gran Sport now featured a standard Roots supercharger, which developed an unprecedented 85 horsepower, and approximately 106 examples were produced. The 6C 1750 series was, quite simply, the fastest road-racing car available at the time-winning nearly every race it entered.

The 1929 racing season featured notable factory victories at Spa, Tunis, Dublin, Monza, and others, including the Millie Miglia. The following season saw the updated model exhibit repeated dominance at Bordino, Madonie, and Spa-with several 1-2-3 finishes solidifying Alfa Romeo's prominence. The 1930 rendition of the Mille Miglia featured another 6C 1750 podium sweep, with a total of eight examples claiming finishes in the top 12.

This stunning 6C 1750 is believed to have been dutifully crafted by the artisans of Giovanni Giordanengo in Italy in the mid-1980s. During this time, it was not unusual for aging Alfa Romeos to be rebuilt into more attractive and desirable models for continued use and enjoyment. It is believed that this 6C was built upon a longer Gran Turismo chassis that was expertly shortened to accommodate the ever-stunning Gran Sport spider coachwork. Constructed anew, the Zagato-style body was finished to exceptional proportions and quality and fitted to the modified chassis with a correct 6C 1750 powerplant. The chassis was subsequently numbered to match that of the engine, which is believed to be a correct-type unit, as is the gearbox, differential, carburetor, and supercharger.

The Alfa Romeo was subsequently sold to Emilio Comelli in Brescia, Italy and in 1985 it was was acquired by William McClenahan from Comelli. After its arrival stateside, the car was shown to great acclaim at the 1990 Pebble Beach Concours d'Elegance, where it won its class. The 6C would then go on to be a common sight at the Monterey Historic Automobile Races, participating over half a dozen times at the hands of his son, Scott McClenahan. Its vintage competition accolades aside, most impressively this car was the recipient of Automobile magazine's "True Spirit" award in 2003, having been driven from San Francisco, raced in the Historics, and driven home again!

After Scott McClenahan's passing in 2012, the car was inherited by his wife, Shaun Halverson-McClenahan, who in familial tradition continued to compete in and enjoy the Alfa Romeo at vintage racing and concours events. So admired was the 6C that it would receive further accolades, including the Chairman's Award at the 2013 Hillsborough Concours d'Elegance, and it was shown at The Quail, A Motorsports Gathering in 2014.

In 2016, the Alfa Romeo was acquired by the late and much-admired vintage racer, Peter Giddings. Certainly, he had plenty of time to grow fond of the 6C, having himself competed against it for many years at Laguna Seca. Now offered from his renowned collection, this 6C 1750, with its unmistakable red-covered triple headlights, is an exemplary, well maintained, and thoroughly exhibited Alfa Romeo. As a fierce competitor in historic races and a thrilling ride for vintage driving events, it will certainly continue to be enjoyed by its next enthusiast owner.

Please note that an import duty of 2.5% of the purchase price is payable on this lot if the buyer is a resident of the United States.

To view this car and others currently consigned to this auction, please visit the RM website at rmsothebys.com/en/auctions/mo20.