For Sale: 1976 Pontiac Firebird Trans Am SE in Conroe, Texas 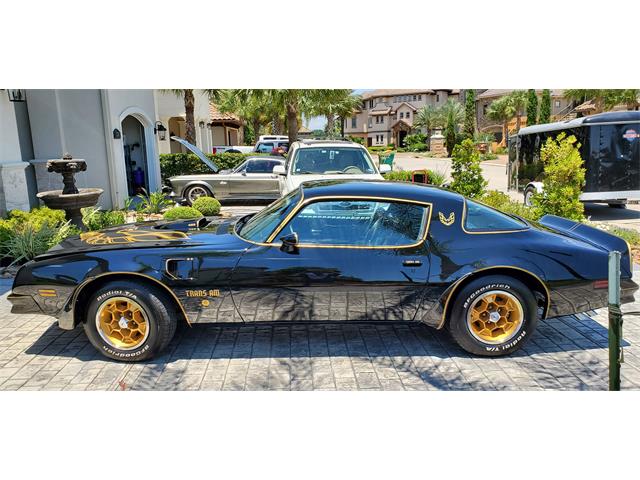 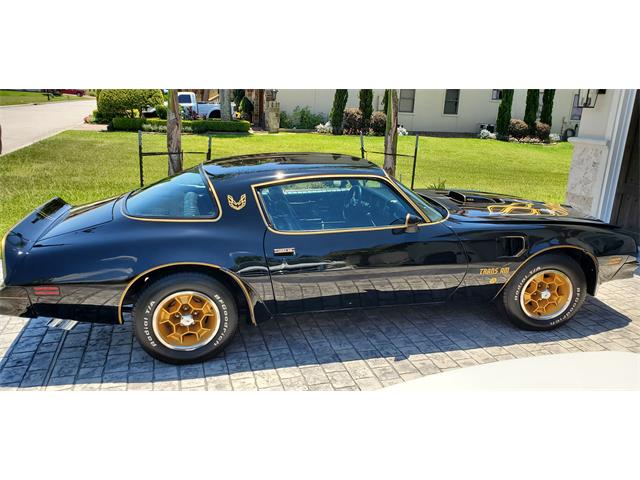 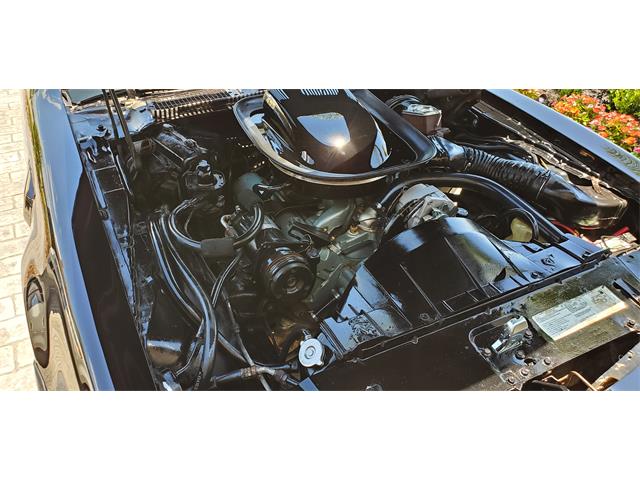 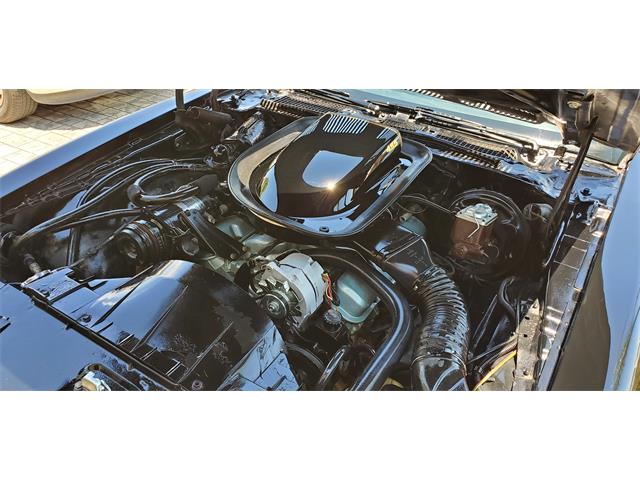 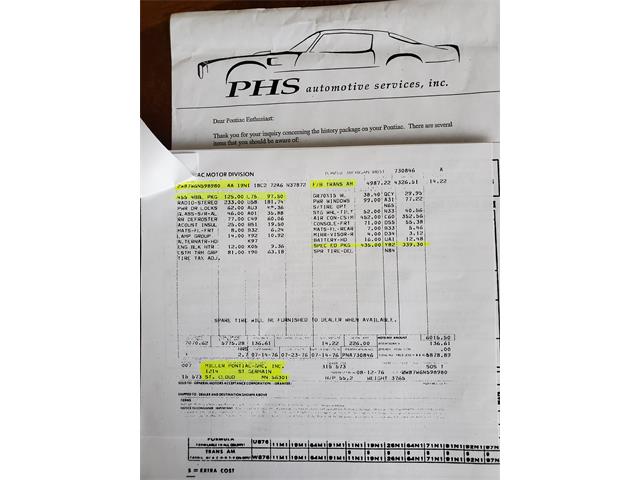 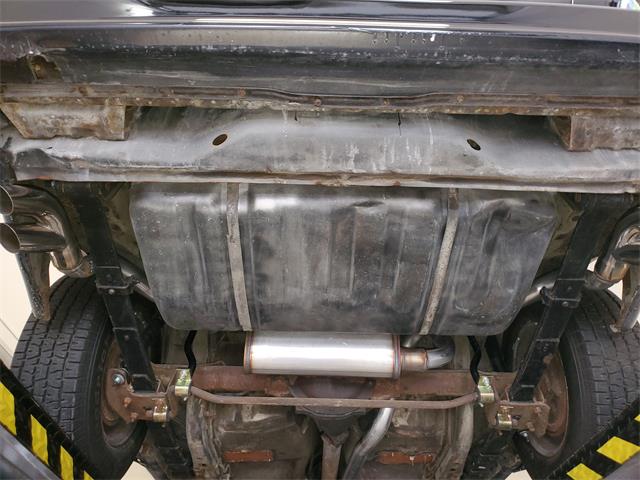 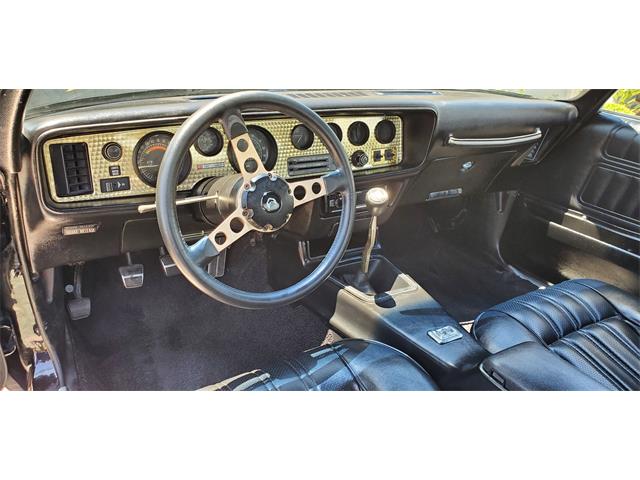 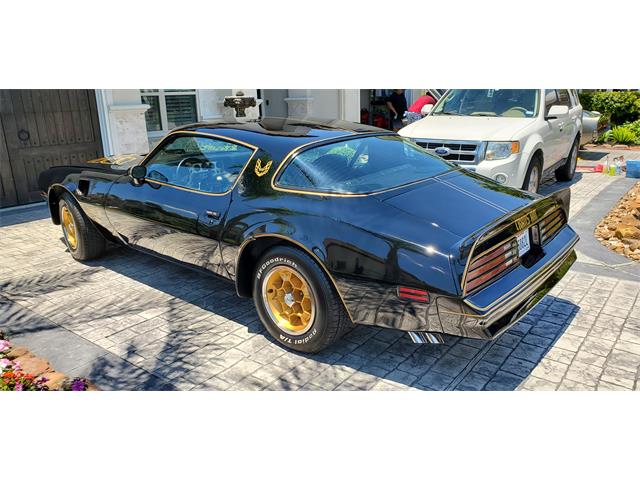 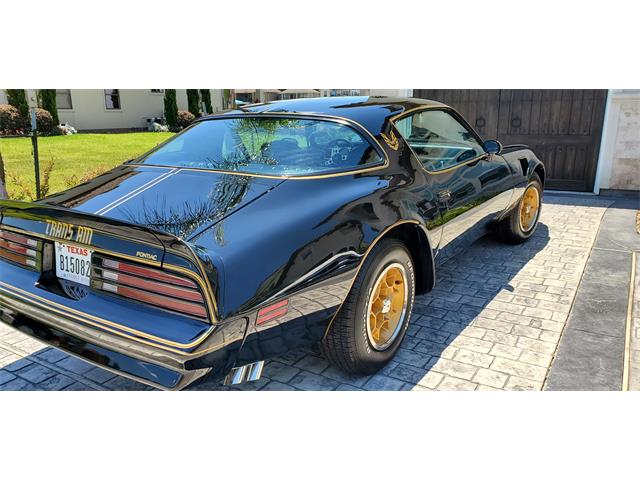 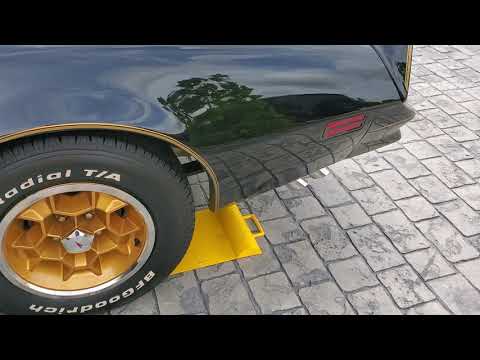 This is a beautiful 1976 Y-82 Bandit SE Anniversary Edition Trans Am. PHS documentation included. The car has a non-original motor in it. I was told by the previous owner the original block was replaced with a 455 engine from a 1971 Trans Am. There is a YC cast into the front of the block which backs that up. But a 7M5 cast into the heads which I believe is a 72 455 and 455 is also cast into the block. There is also a J131 cast into the heads.
Other than that the car has had a lot of money dumped into it. However, please note this car was not treated to a full restoration. It is a 45 yr old car that has been treated to a mechanical and cosmetic refreshing. There are still a few things left to be done. I just finally got tired of working on the car and am moving onto my next project. Having said that I would have no hesitation in driving this car across the state. All of the heavy lifting has been done. You can take this car as it is to any cruise night, Bandit Run, Trans Am gathering or other muscle car gathering and rub shoulders with the heavy hitters as far as collect-ability and rareness. The engine is stock but it is one you could build if so desired to put out a lot of HP. I have owned the car for about 3 years. And it has been a great car.

The following was addressed in my ownership:

New paint and graphics - though not perfect I would rate the paint a 9 out of 10.

New Hotchkis suspension parts – I went through the entire suspension and replaced springs, shackles, bushings, etc, where required to make sure the car sits up right and goes down the road the way it supposed to.

New BFG’s all around

Dash Bezel has been refurbished professionally

New exhaust from the Cat back including tips

Dash pad isn’t new but it is beautiful. Not cracks everywhere.

lights and gages work though front lights only work on high beam.

Other spec’s on the car:

Powered by the Non original 455 H.O. engine and mated to a 4-Speed close ratio manual transmission.

Factory Air Conditioning – not working but all there

Positives - The seat vinyl’s are in great shape. No rips or tears. Carpet it almost new. Steering Wheel is new. Dash pad is great. Headliner is great. Rear package tray has been refurbished. Stereo works great.

Positives – Paint is spectacular. During course of painting very little rust could be found on the body.

Minuses – Front air dam doesn’t line up perfectly with fender flares. The graphic stripes aren’t perfect. I give them an 8 out of 10. Glass is in pretty good shape though the rear window is a little foggy near the bottom.

Pluses – Everything is there. Looks clean and very presentable. No signs of previous damage or collision.

Minuses – Some of the plastic pieces in the engine bay are cracked. The rear seat pans have had work done on them (see pics). The work looks ugly from underneath but appears solid. This was the only sign of rust anywhere on the car.

Pluses – As mentioned the car starts up and goes down the road as it should. You can cruise all day at 65 in this car it loves it.

Minuses – The car has a funny start. It fires as the key is returning from full ignition back to off. The hood latch rod retainer is not there. So have to be careful pulling the hood or it will come out of the latch mechanism. Low beams not working and rear back up lights tend to stay on. There is no parking brake.

I do have some extra parts that go with the car if interested.