For Sale at Auction: 1993 Alfa Romeo RZ in Auburn, Indiana 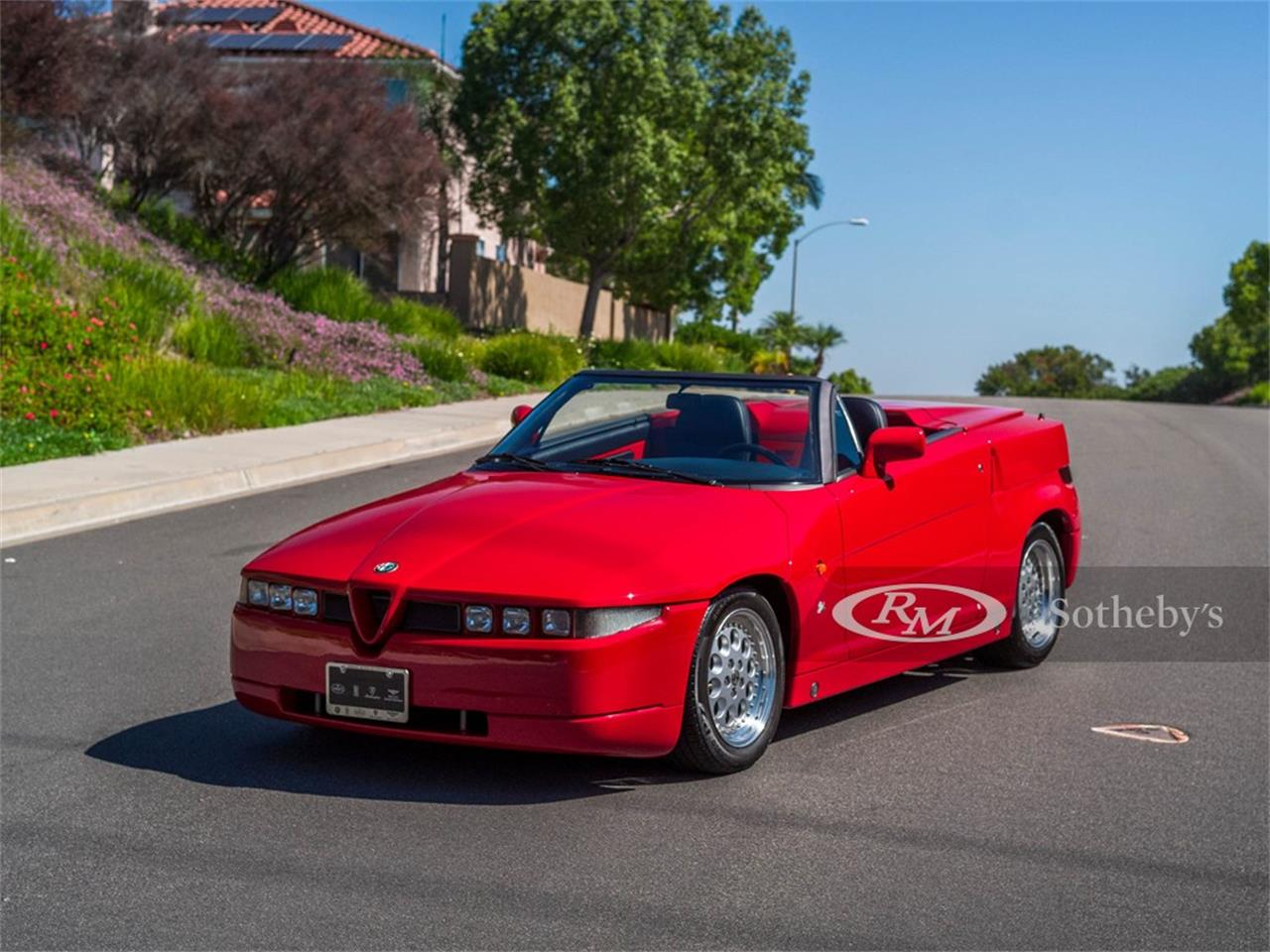 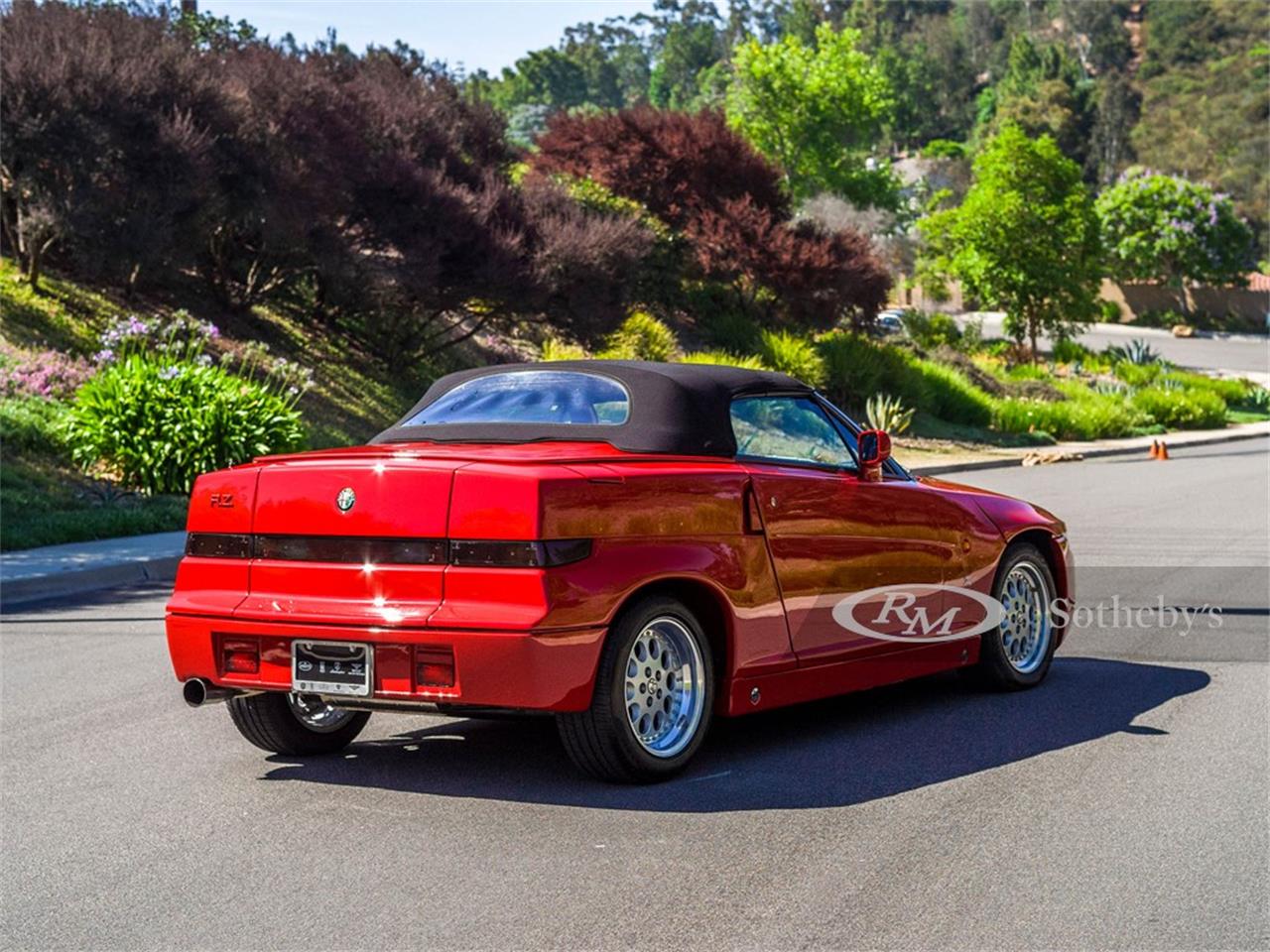 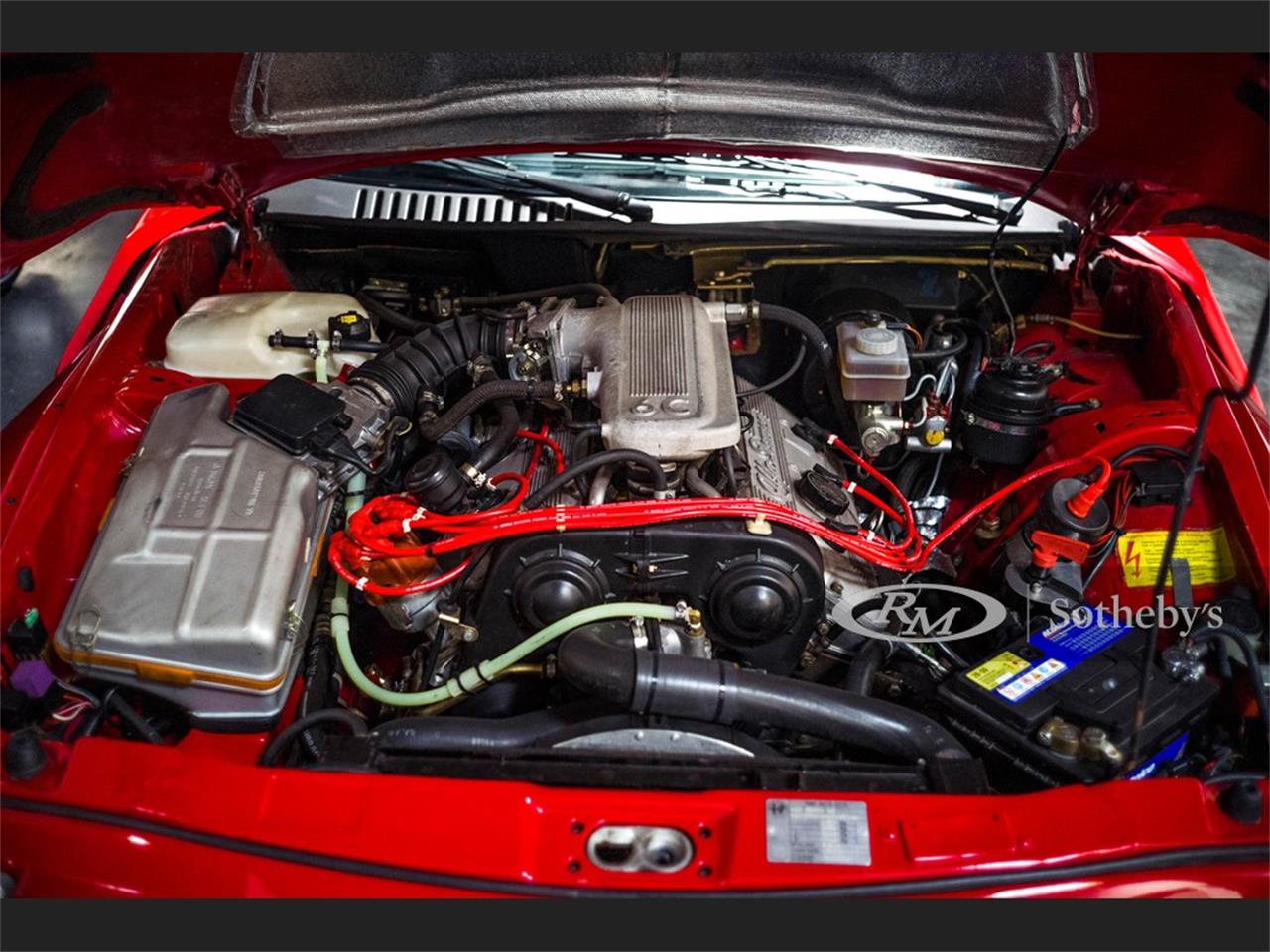 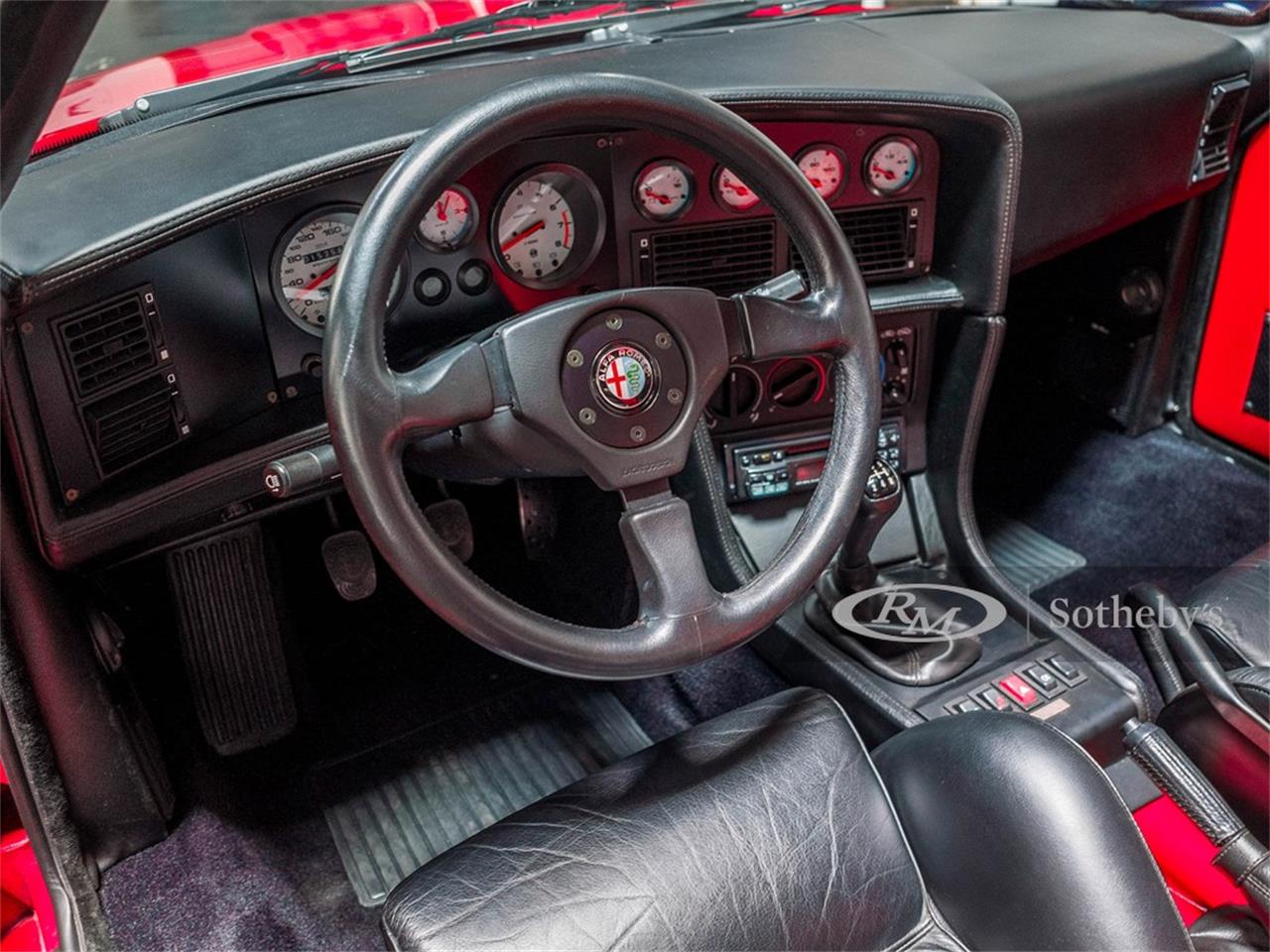 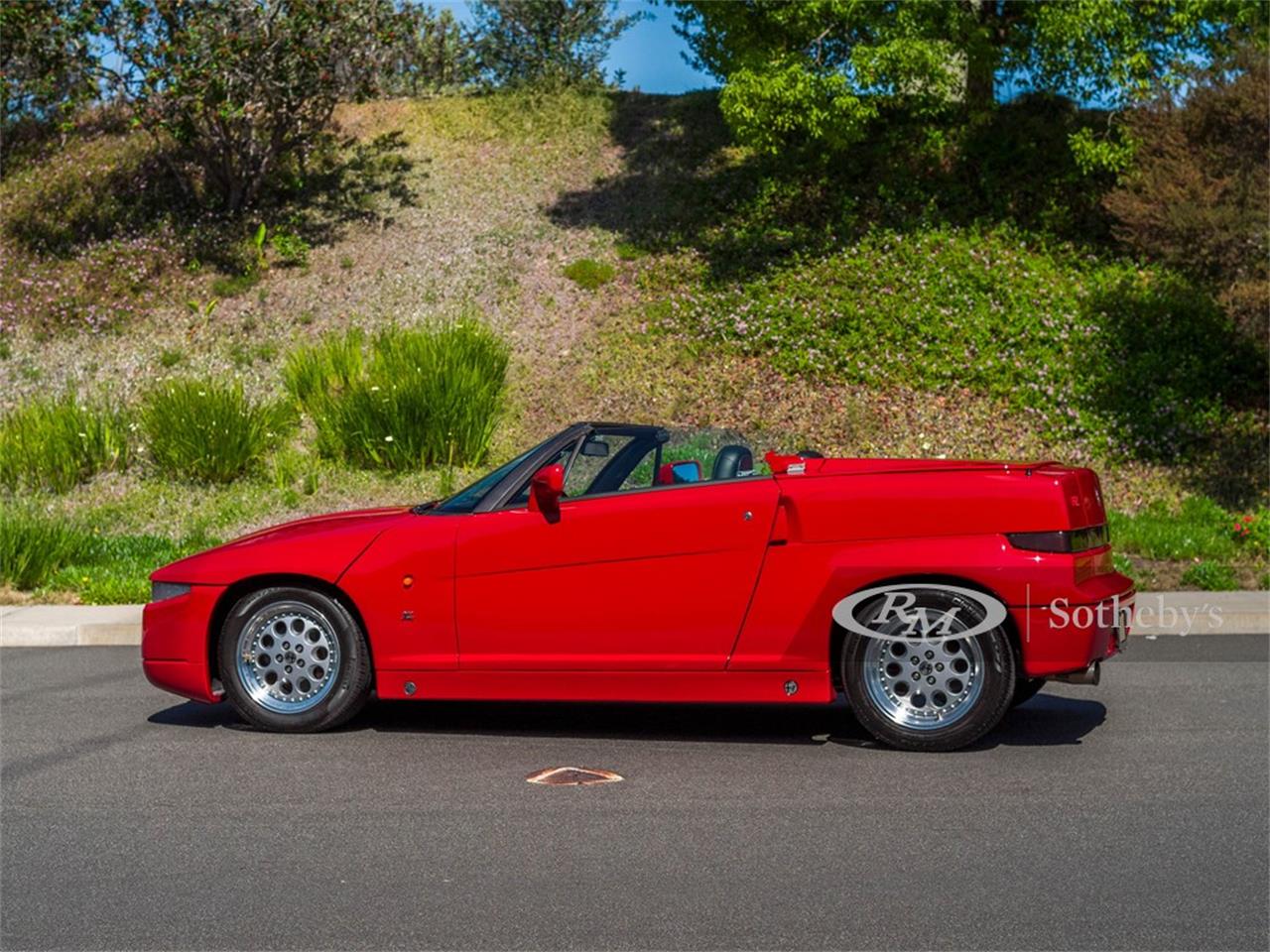 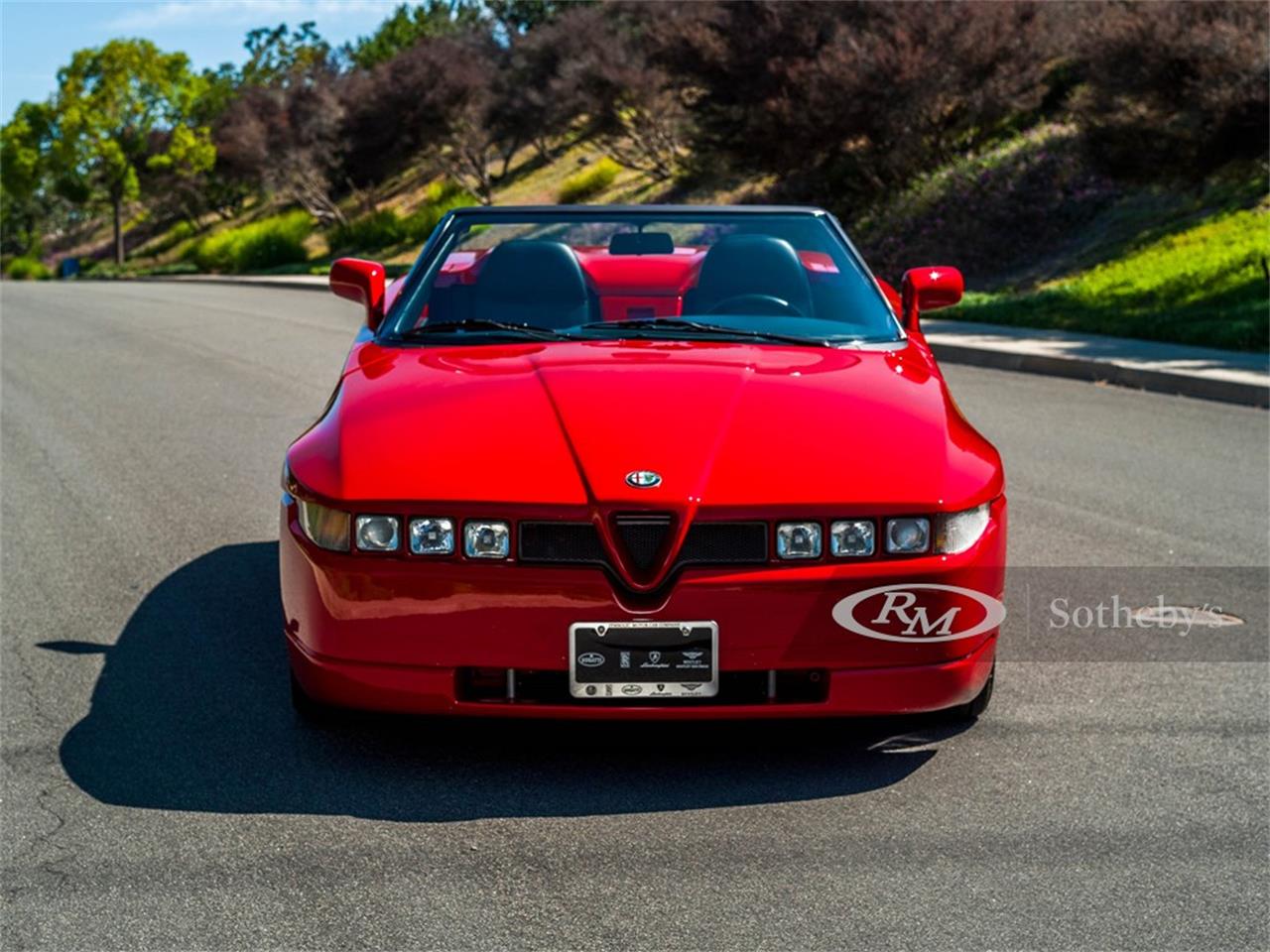 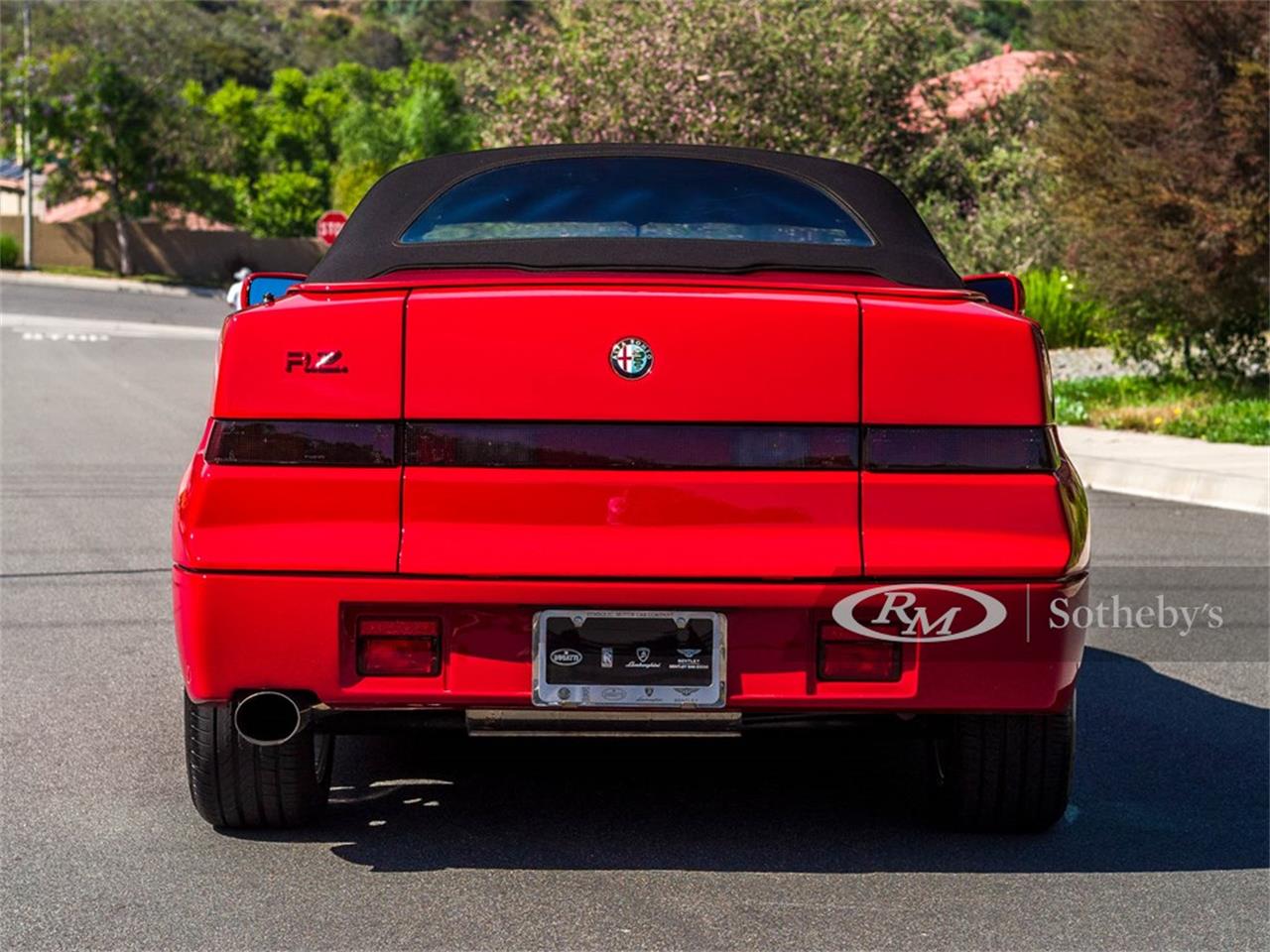 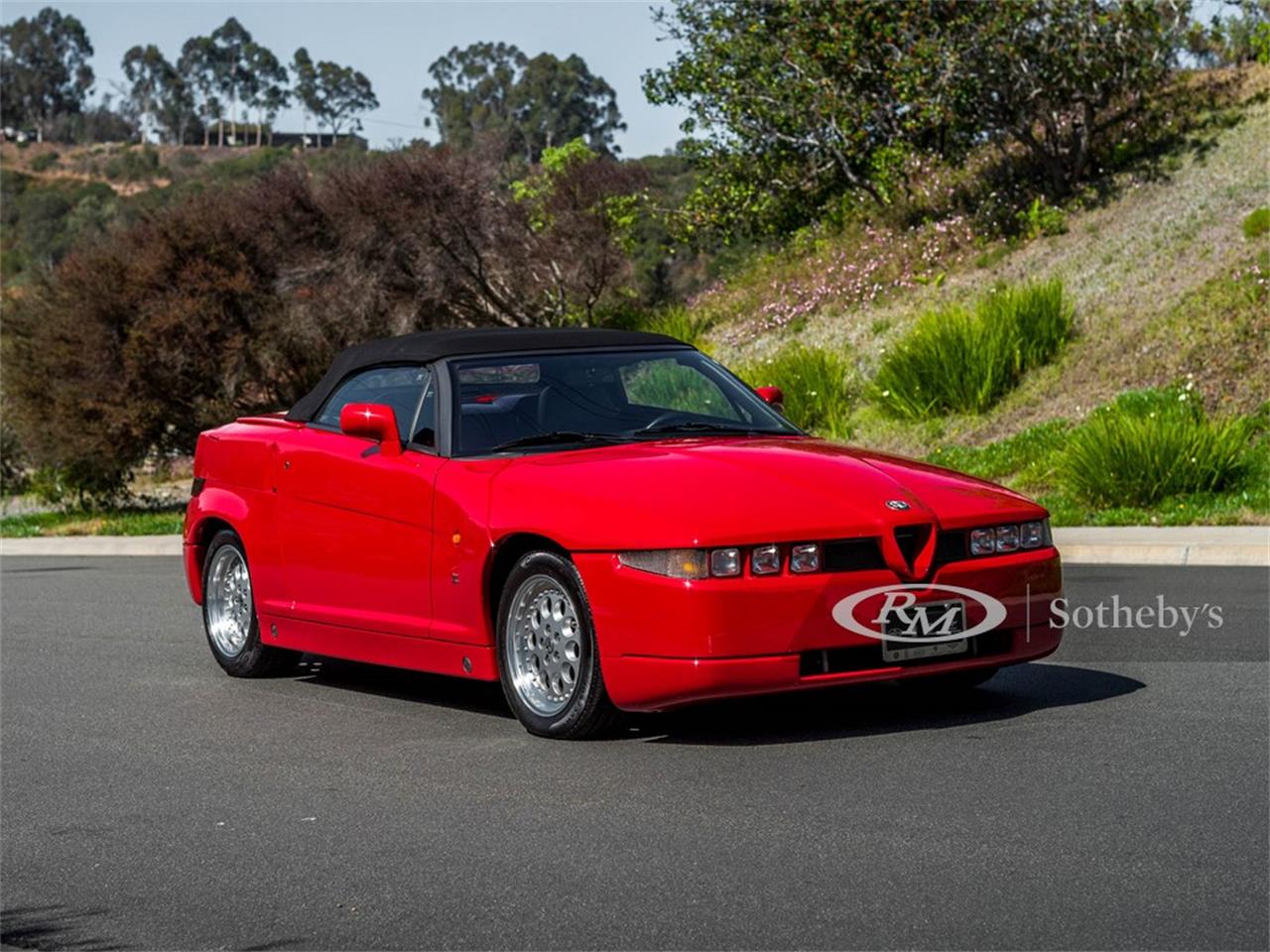 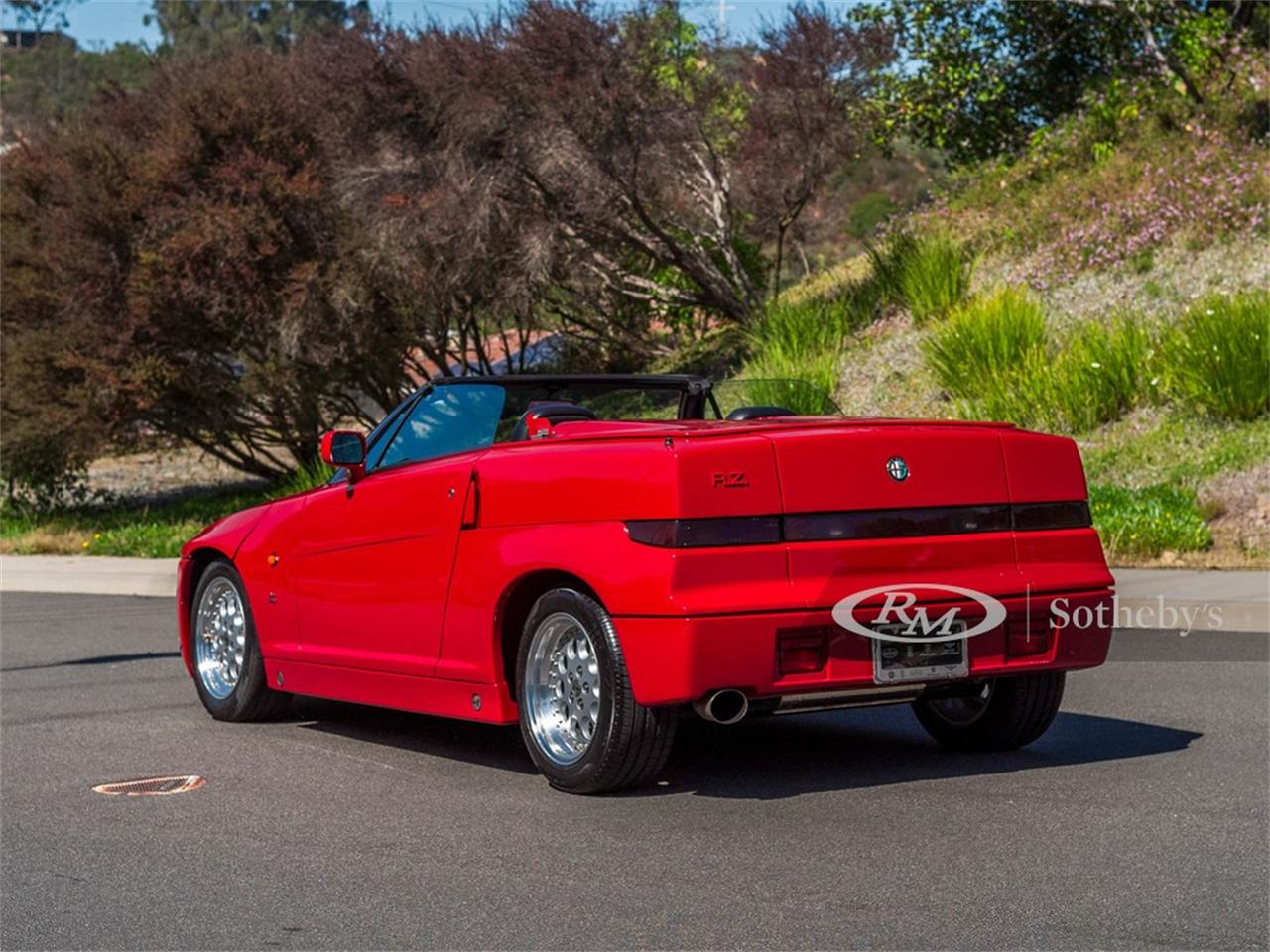 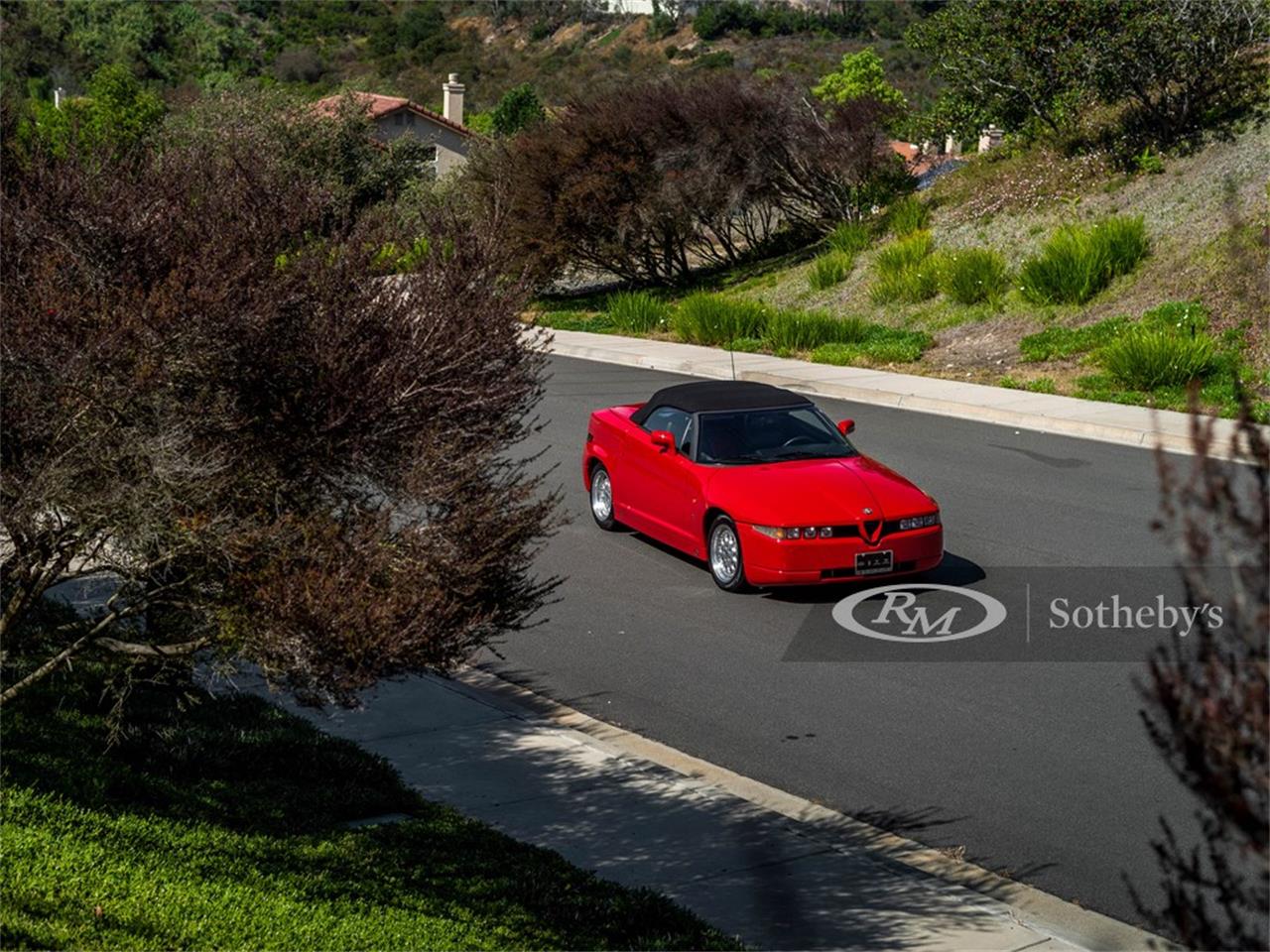 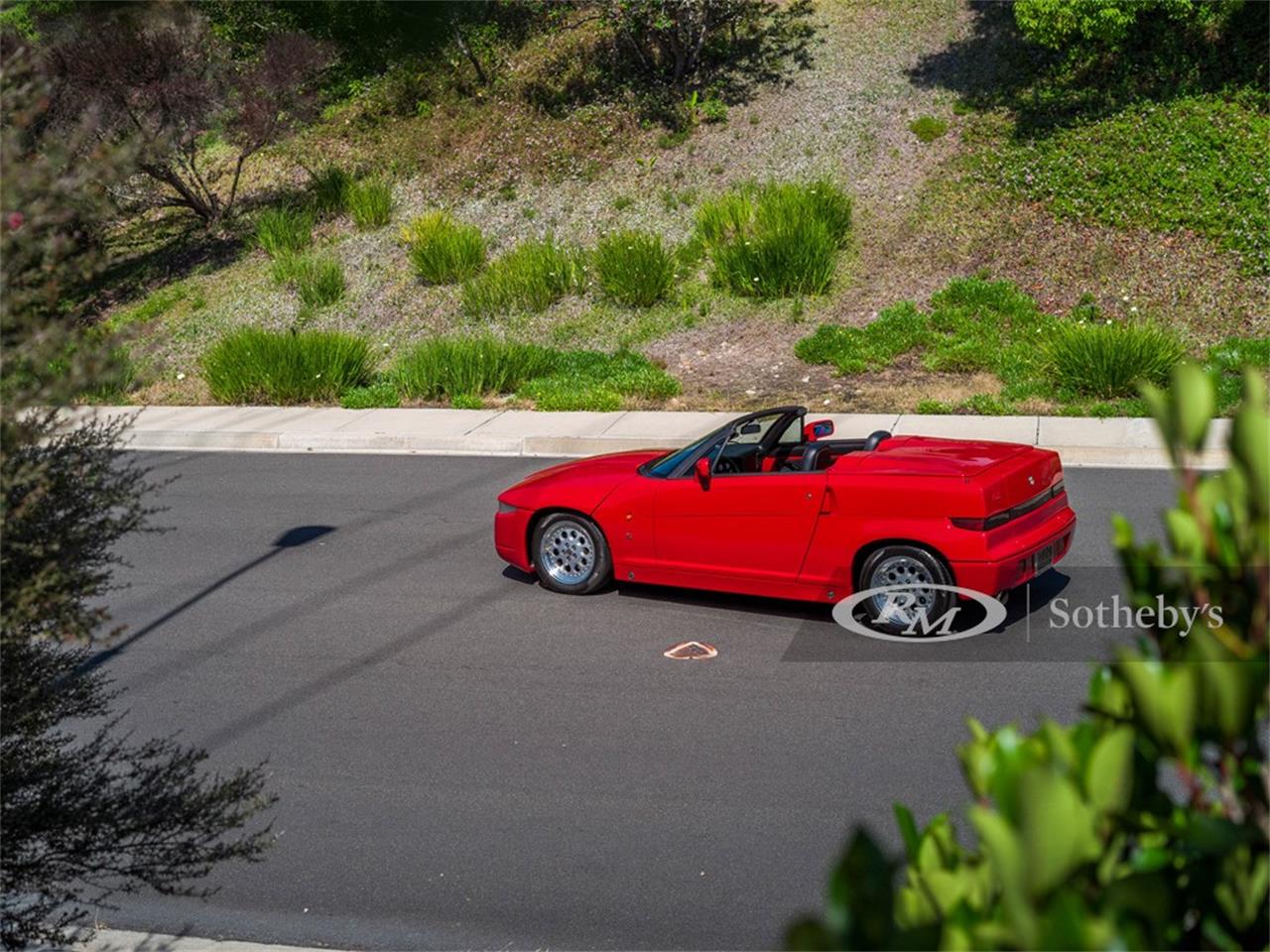 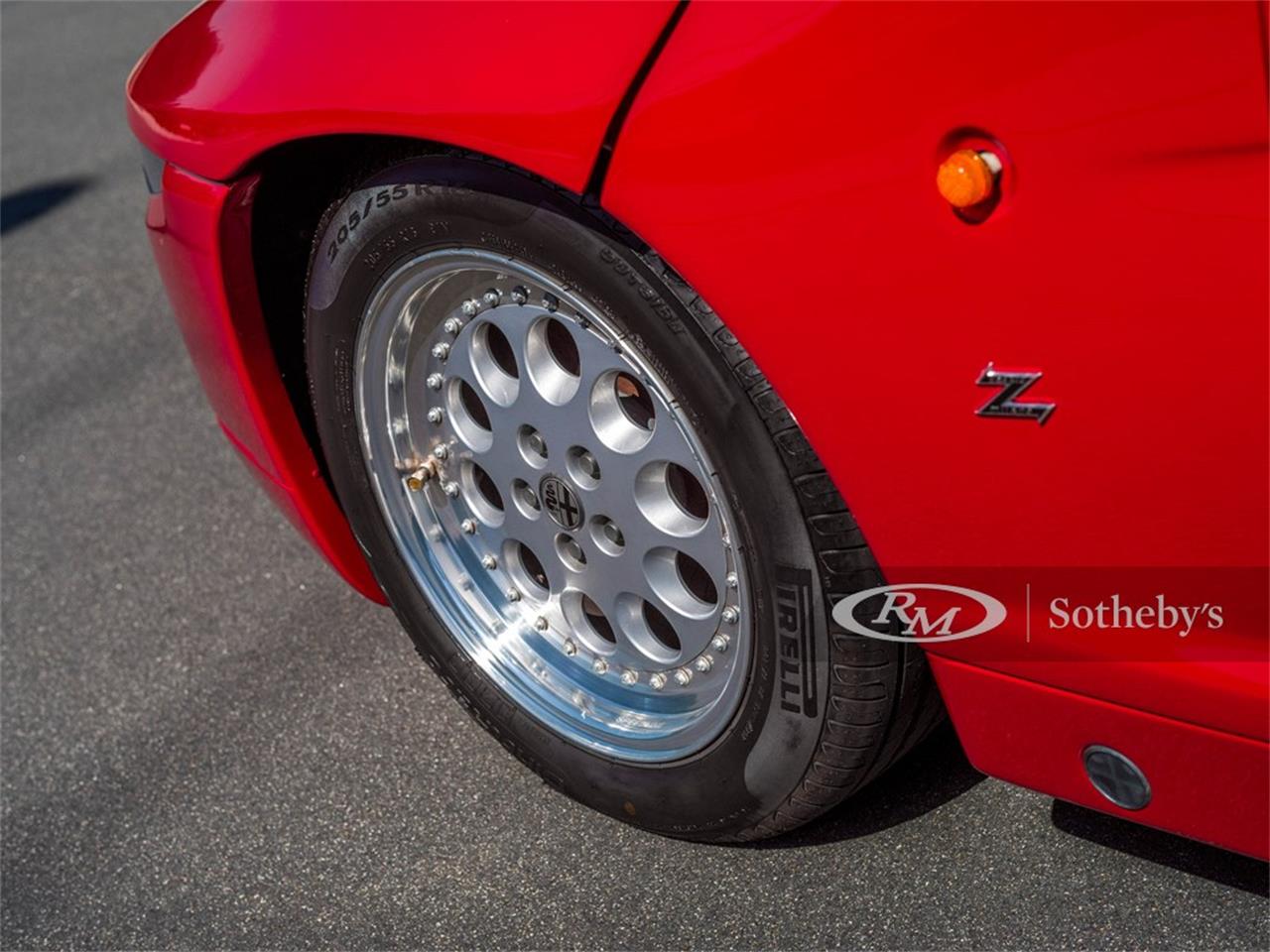 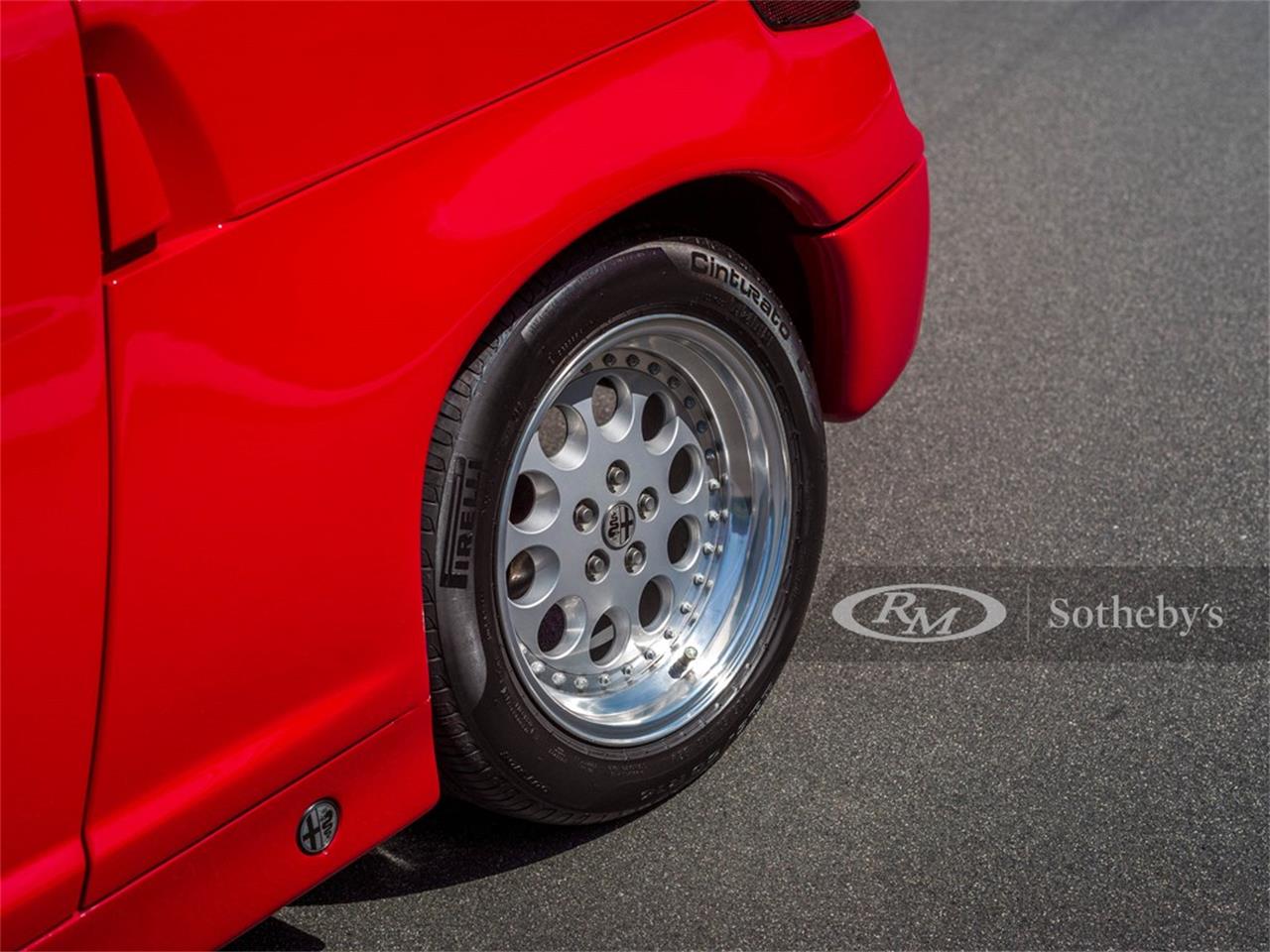 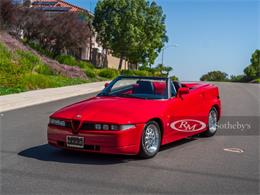 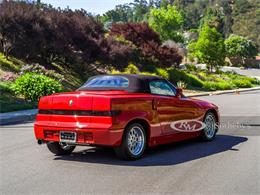 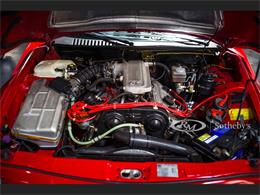 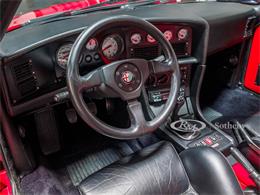 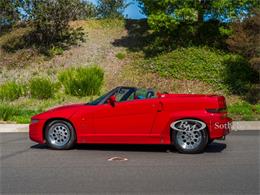 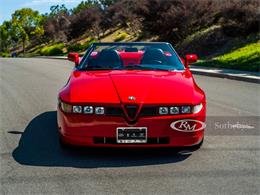 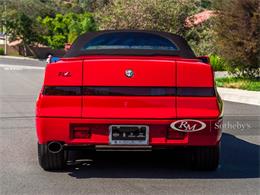 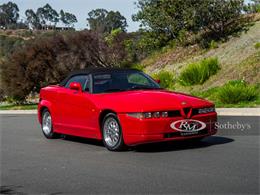 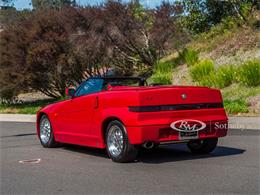 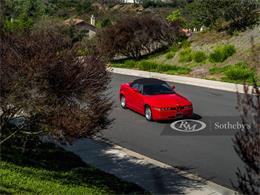 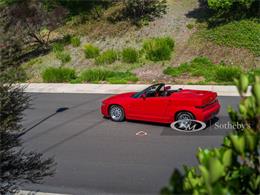 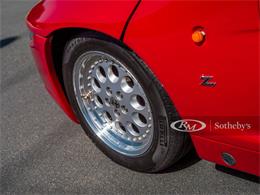 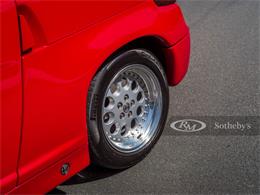 When Alfa Romeo and Carrozzeria Zagato revived the SZ, or Sprint Zagato, name at the 1989 Geneva Salon, they did so in a dramatic fashion. First in coupe form and later as a roadster (Roadster Zagato, or RZ), the Type ES-30 SZ/RZ-which also counted Fiat as a development partner-was based on the floor pan and drivetrain of the Alfa Romeo 75. Its styling, however, was unlike anything else available; initial design work was completed by Fiat's Robert Opron, with Antonio Castellana finalizing the aggressive, angular exterior. Zagato was responsible for assembling the cars. Notably, with the exception of an aluminum alloy roof panel, the coupe's bodywork was constructed of thermoplastic, injection-molded composite.

This 1993 Alfa Romeo RZ on offer is the 130th produced between the 1992 and 1994 model years. Finished in Rossa Alfa over a black leather interior, it is a nicely presented low-mileage example. Recently sourced from Japan, it currently displays 15,258 kms (~9,481 mi). Its set of optional 16-inch Speedline alloy wheels are shod in fresh Pirelli P-Zero tires.

Completed on April 30, 1993, accompanying Japanese documentation indicates that this chassis passed through the collections of four owners between the date it was delivered (September 7, 1995) and June 2014; nearly 13,500 kms were recorded during this interval. More recently, this RZ was held by a Tokyo dealer between September 2015 and July 2018, whereupon it was acquired and imported to the United States by the consignor.

While the styling of the SZ and RZ stirred some controversy when the car was introduced, today it is considered very modern, and these rare, luxuriously trimmed high-performance sports cars are much sought after. This lot is accompanied by an owner's manual with leather pouch, import documents and Japanese registration records, spare wheel, two keys, jack, tools, and production information from the Alfa Romeo historical museum.To view this car and others currently consigned to this auction, please visit the RM website at rmsothebys.com/en/auctions/0520.